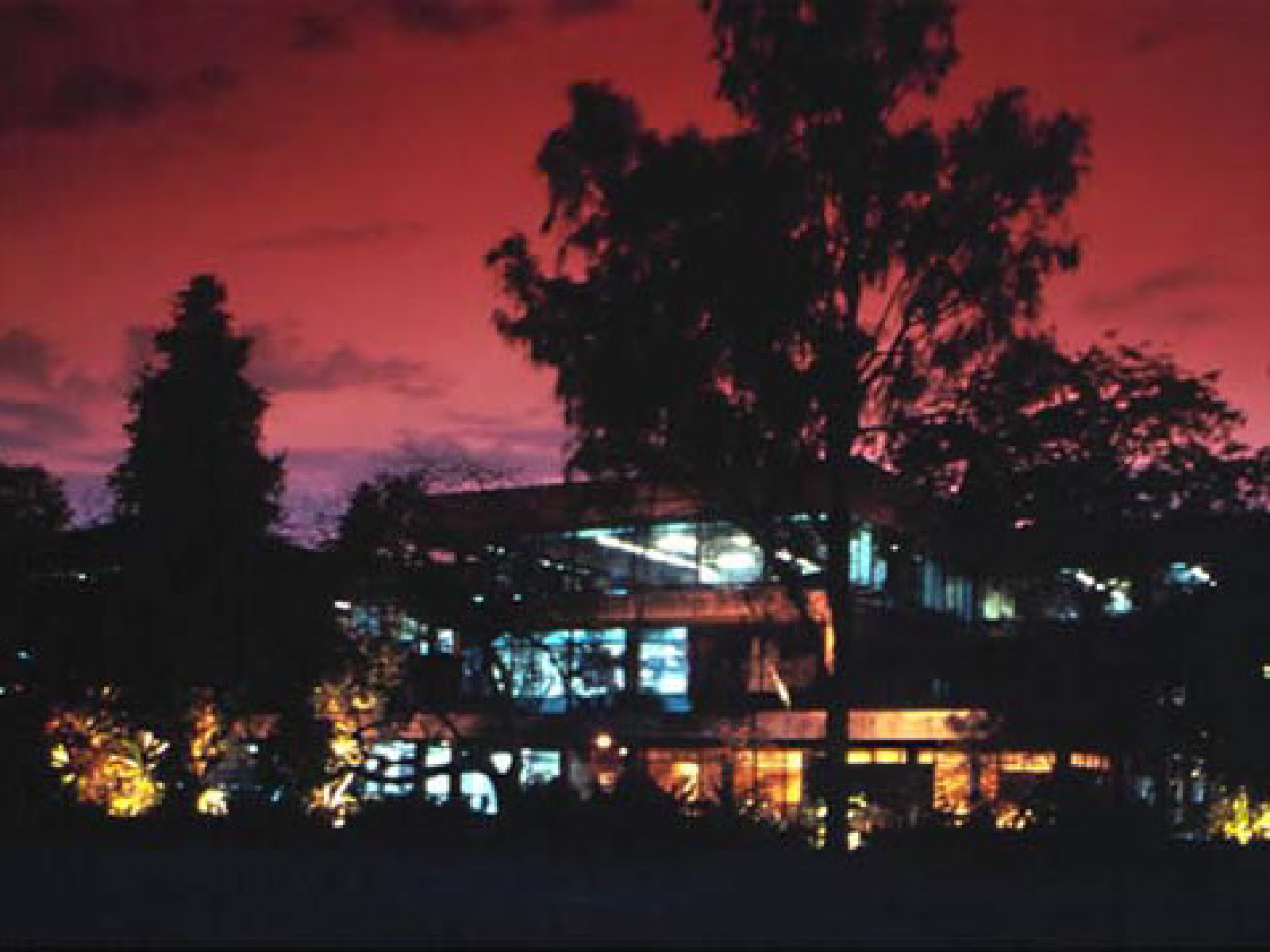 NID's post-graduate program is the first of its kind in India. Click for larger images 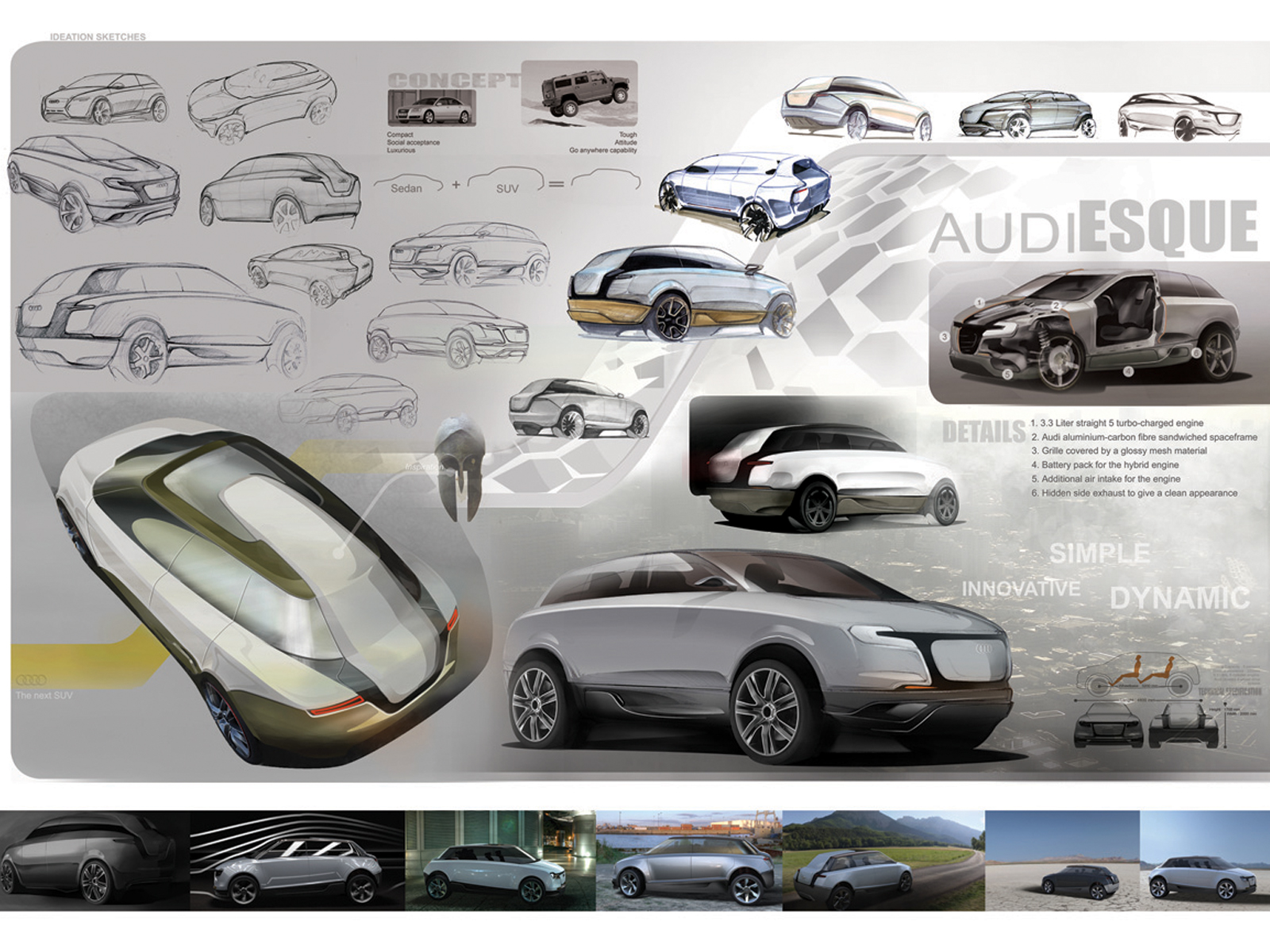 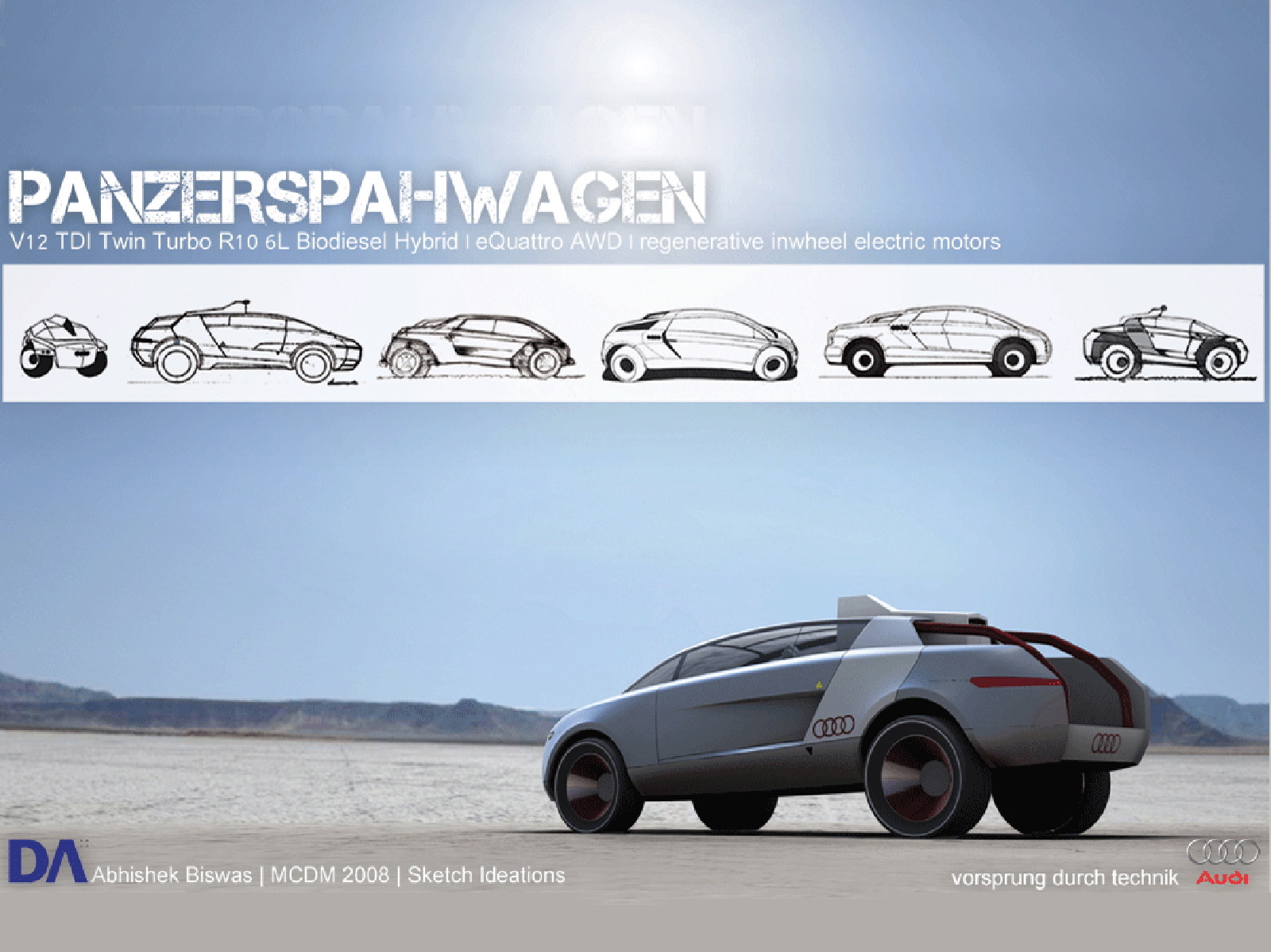 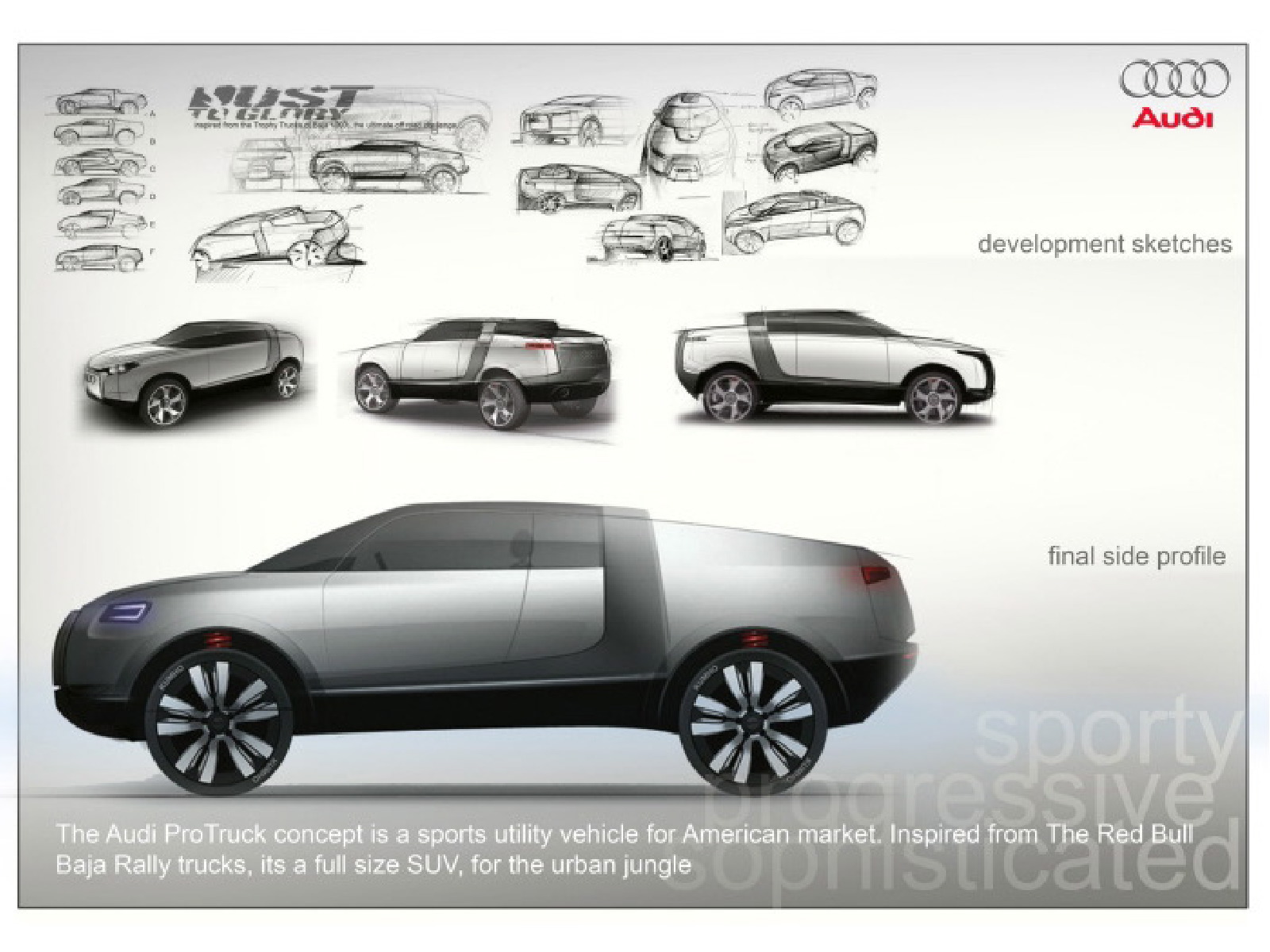 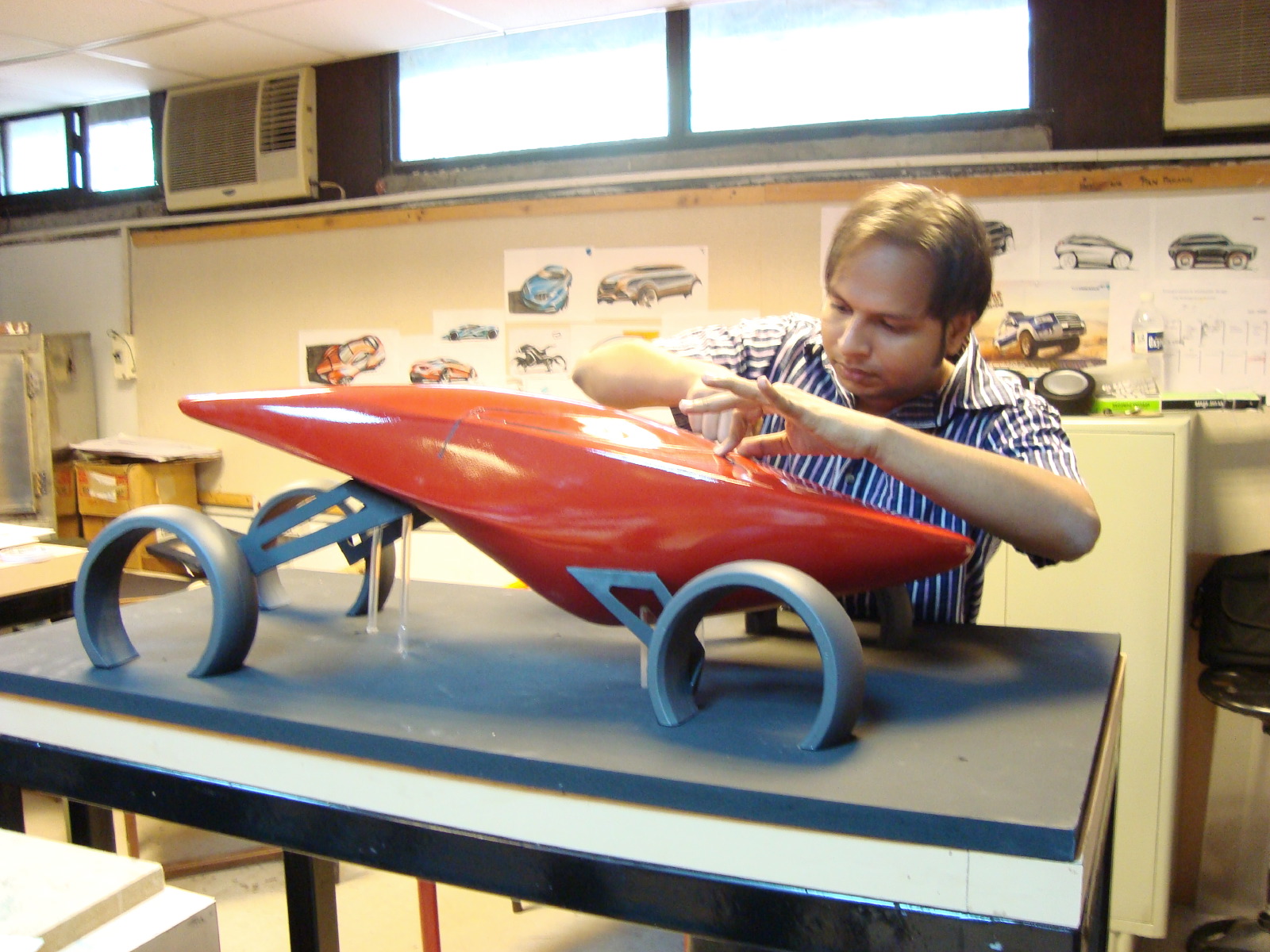 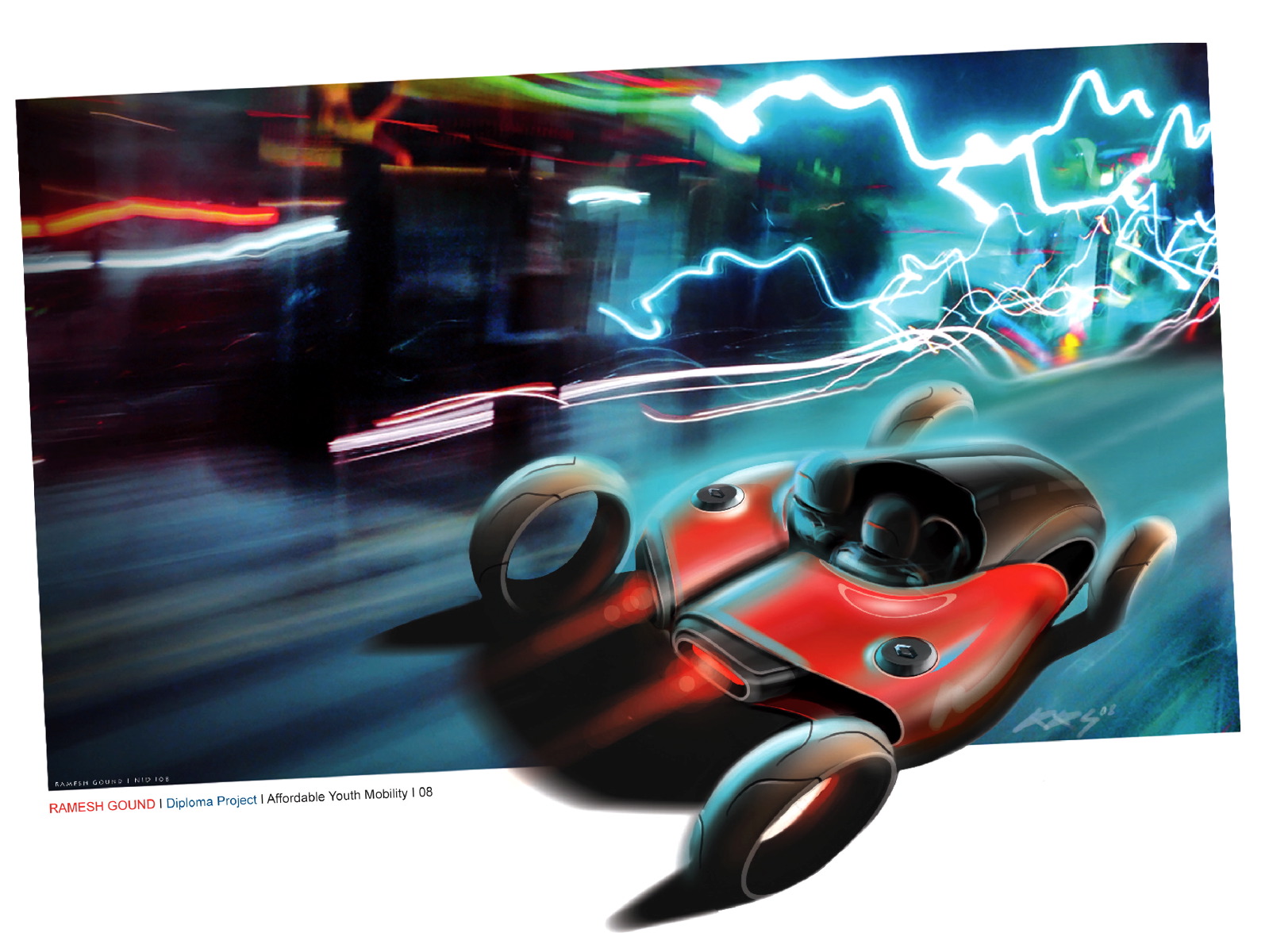 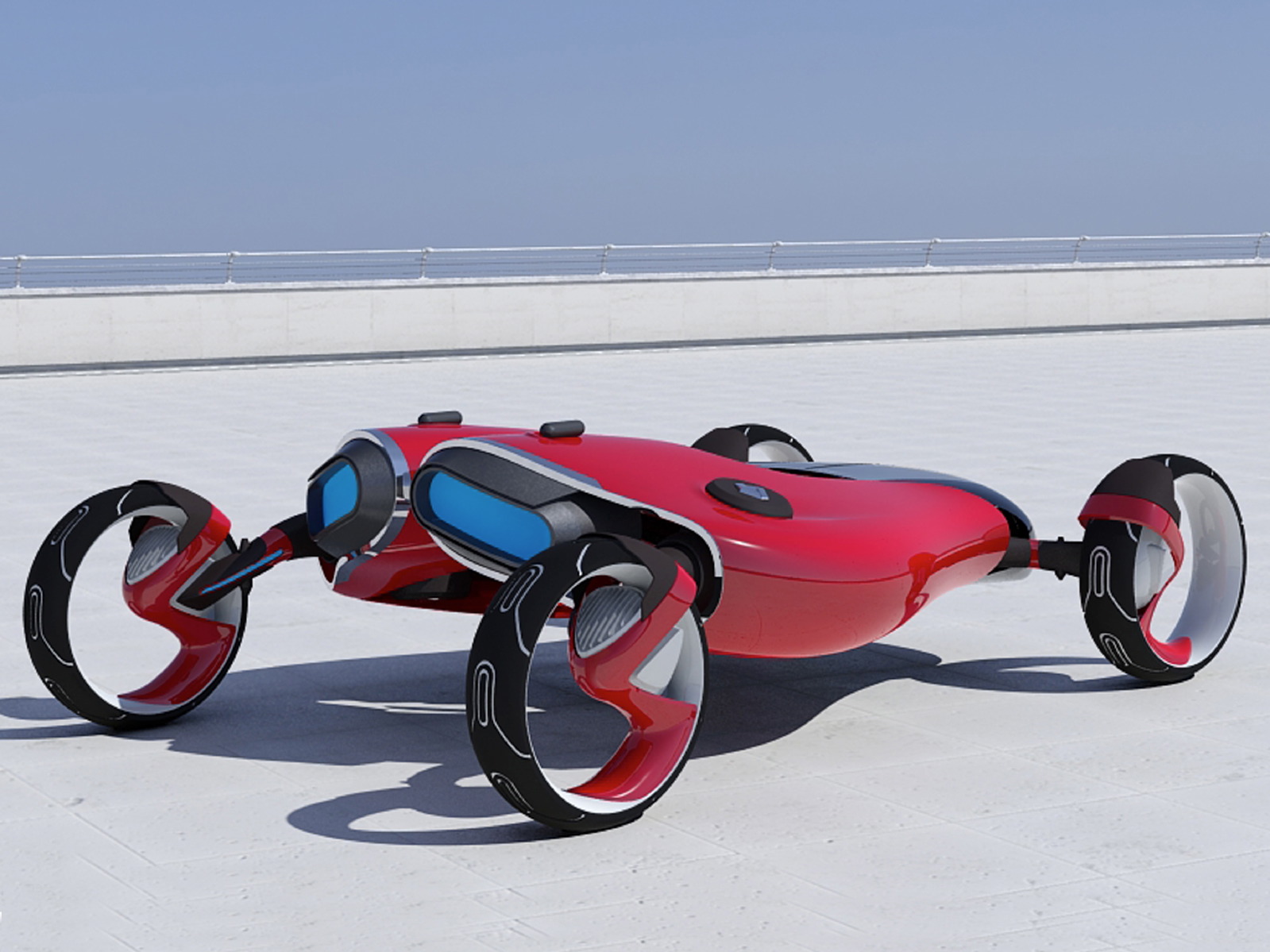 Initiated in 2006, the post-graduate diploma program in Transportation and Automobile Design at India's National Institute of Design (NID) is the first program of its kind in India. At the end of last year, the university held its annual degree show showcasing the works of eight graduating students alongside works of junior students at the 'Design Street' at NID's campus in Ahmedabad.

During their three year course of study, the students had an option of participating in a joint degree program between NID and Domus Academy in Italy. Three of the students (Chezhian Natrajan, Siddharth Rane, Abhishekh Biswas) spent two final semesters at Domus Academy and did their thesis in collaboration with Audi. Ramesh Gound and Shailendra Petwal worked on a Renault-sponsored project, but also had an opportunity to do an internship at Pininfarina in Turin. 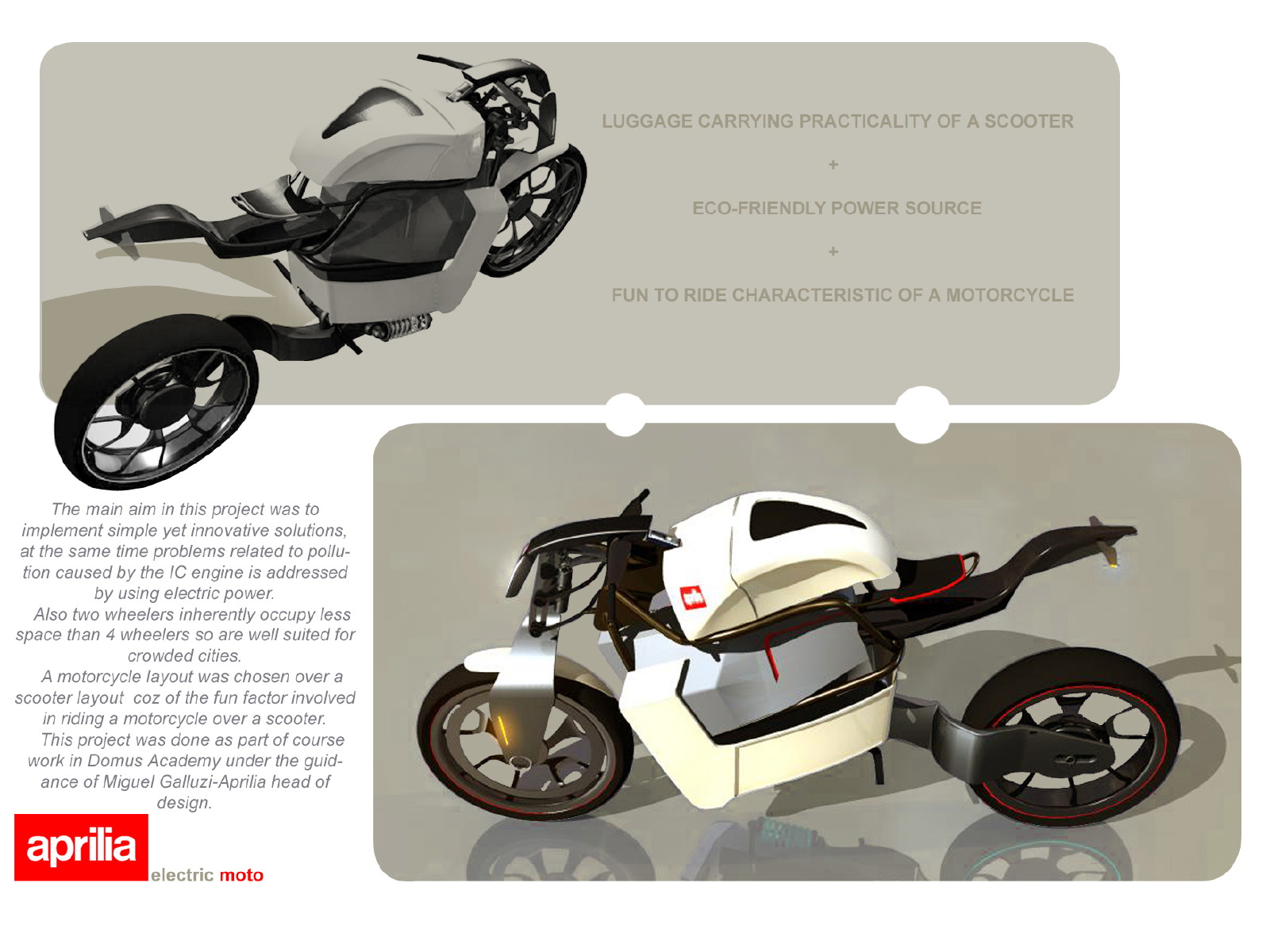 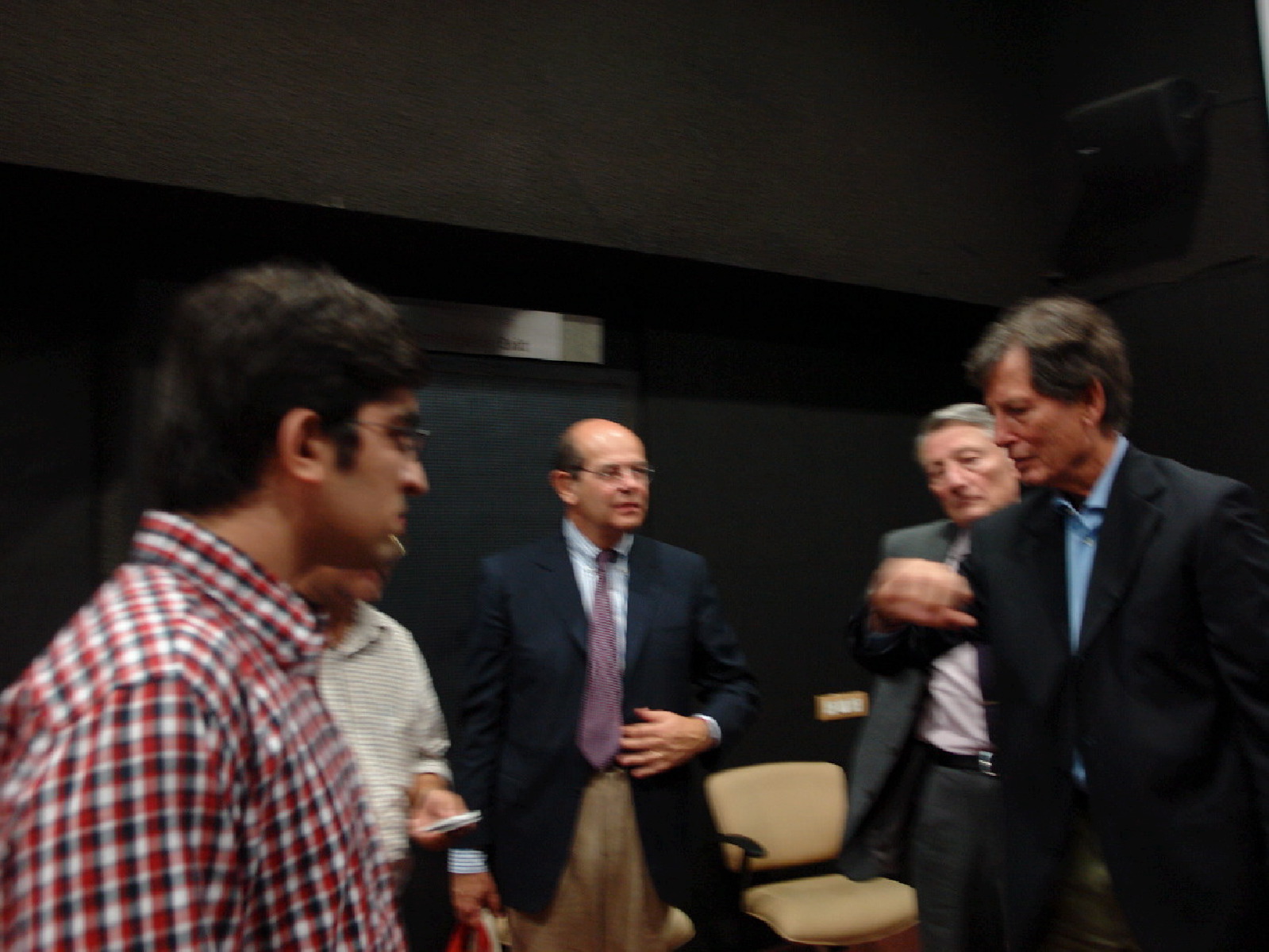 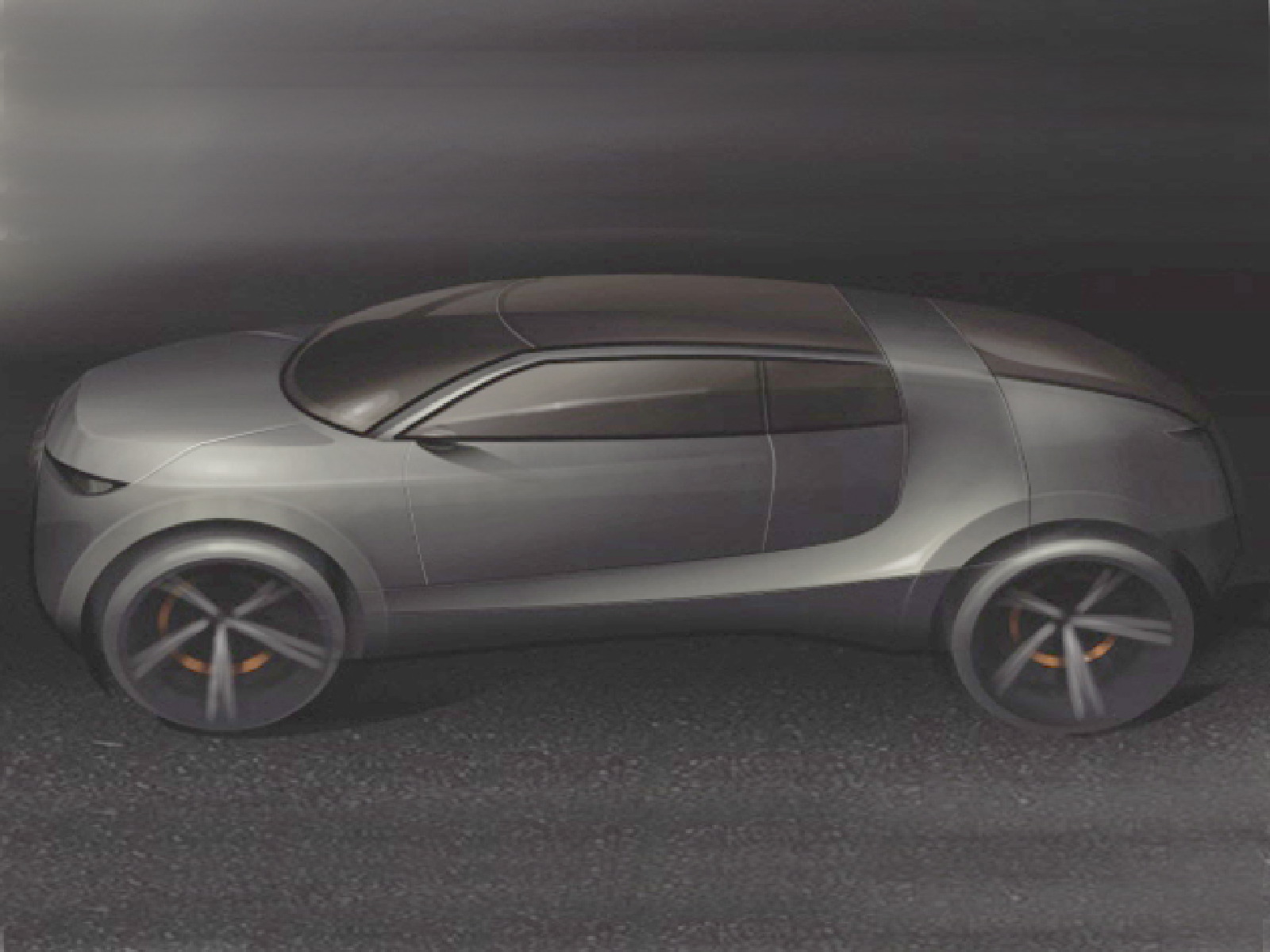 Seeking to address the issues of size concerning the SUV, the Esque concept attempts to reduce visual mass by breaking up surfaces and using different materials in such a way to make it appear smaller and lighter. The concept has a pronounced shoulder and a lot of tumblehome giving the design dynamic attributes, while retaining the characteristics of a SUV though its overall proportions, shape and stance. Natarajan employed simplicity, innovation, precision, dynamic as his keywords in the concept's creation, while he name ‘Esque' refers to the adjective style or distinctive character hinting towards Audi's design language and philosophy.

The Panzerspawagen Q7 concept draws its name, theme and overall inspiration from Audi's past: the SdKfz 222 Leitcher Panzerspawagen - a light armored car manufactured by Auto Union during the Second World War. While the Panzerspawagen sourced power from an engine mounted rear-midship, Biswas' concept is a mid-engined truck with in-wheel electric motors. Measuring over 5m long and 2m wide, the concept has a lofty stance with angular lines and a robust aesthetic that calls to mind military vehicles. The concept can seat five over a stepped floor platform, with the driver positioned centrally, slightly ahead of the other occupants.

A sports utility vehicle for the North American market in 2020, the Audi T7 concept was inspired by Red Bull Baja Rally trucks but was conceived to tackle the 'urban jungle'. Siddharth studied the brand's values and analyzed Audi's history, philosophy, design language and future vision before developing a vehicle that combines the extreme capabilities of a Baja buggy as well as the functionality of a SUV and the lifestyle quotient of a pickup truck. The crossover vehicle's form merges attributes of a pickup and its rugged image with the dynamic and sporty character of a coupe.

Created in collaboration with Renault Design India, the Plug-In is a future mobility concept for Indian middle class youth between 18 to 23 years old, capturing their desire and passion at an affordable price. The ‘Buy 1 get 1 free' shopping attitude of this market demographic served as inspiration for the ‘affordability in sharing' theme, as most can only dream of owning a sports car. With the Plug-In concept, two drive-by-wire bikes attach electromagnetically to one another and tilt horizontally to offer the experience of sports car. The hood is made of D3O, which can stow away in bike configuration. The concept can again split into two bikes to maneuver though traffic easily. The concept aims to become a mobility solution in congested cites like Mumbai.