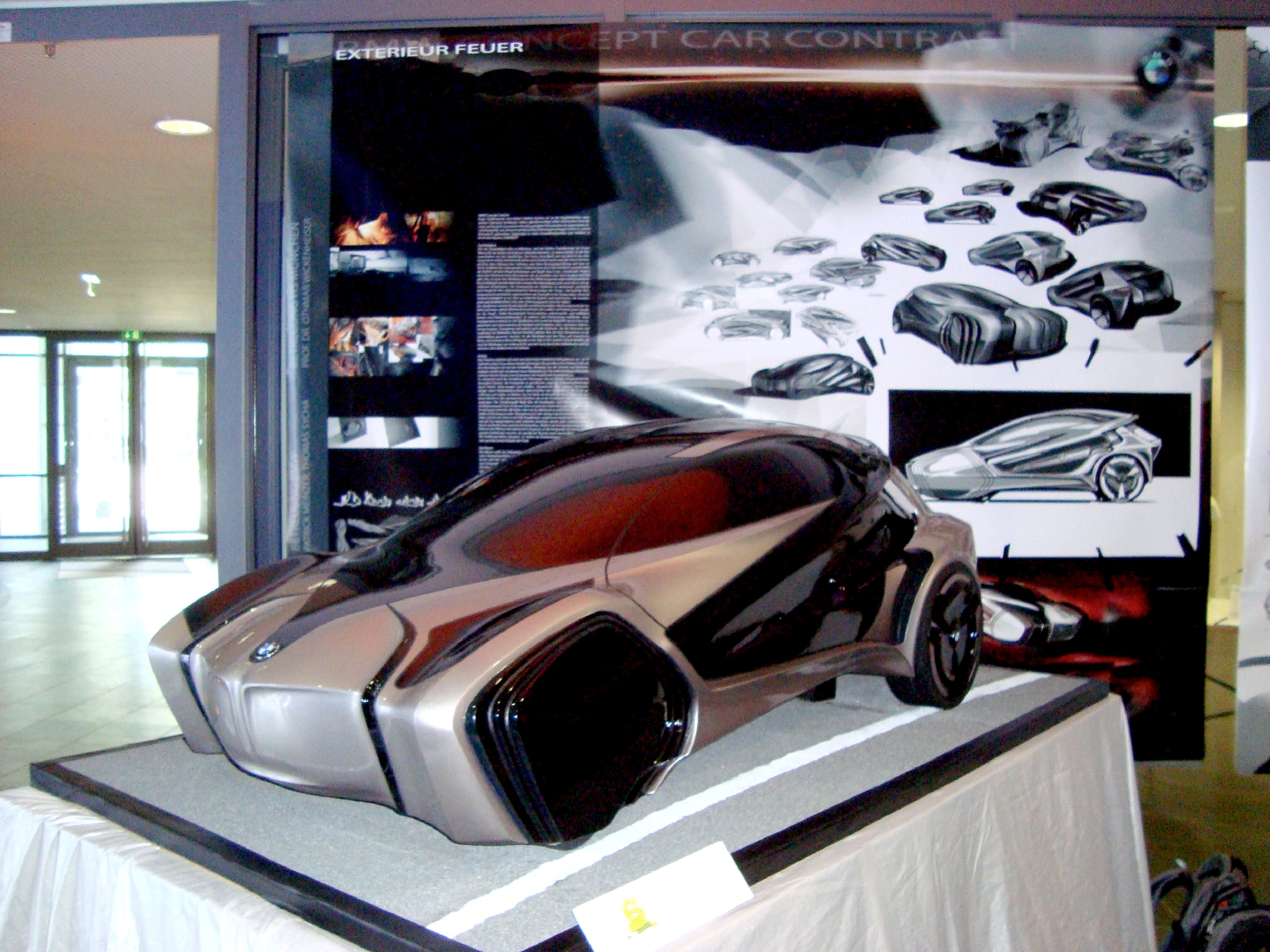 BMW Fire &amp; Ice by Josef Petryszak (above) and Kathrin Lach (below). Click for larger images 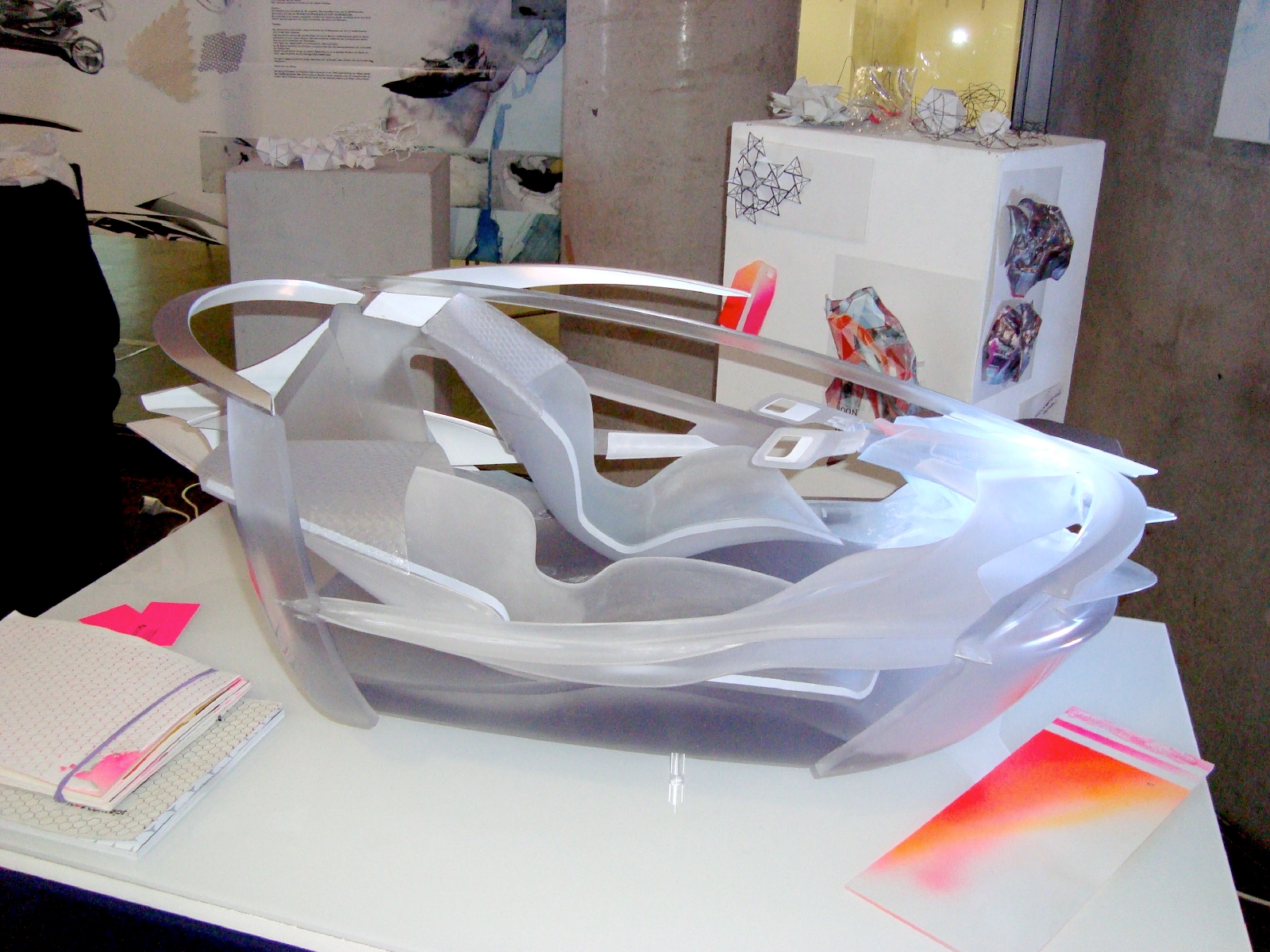 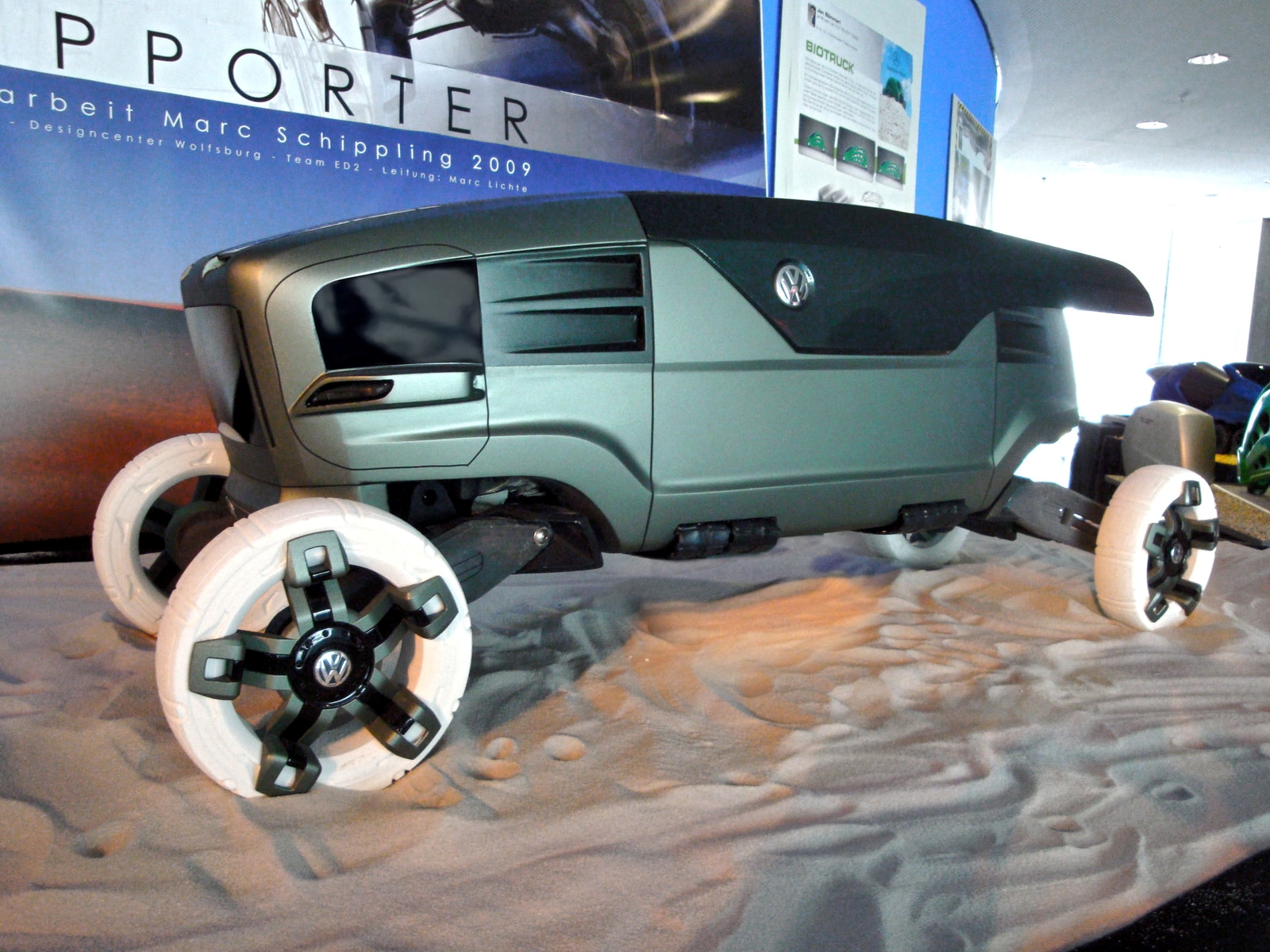 DMS 'Sportscar/Coupe for the Premium Segment' by Claudia Christl 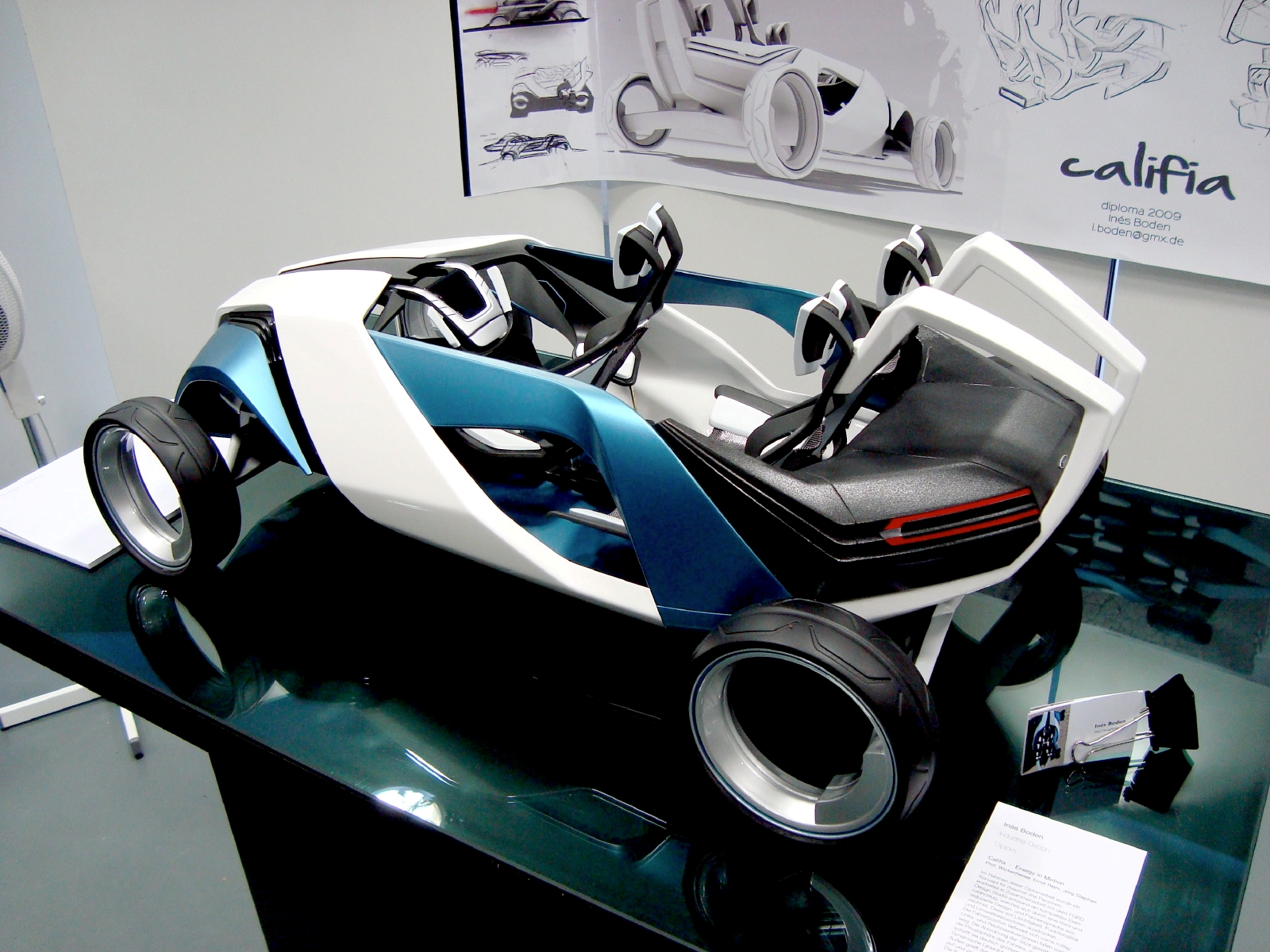 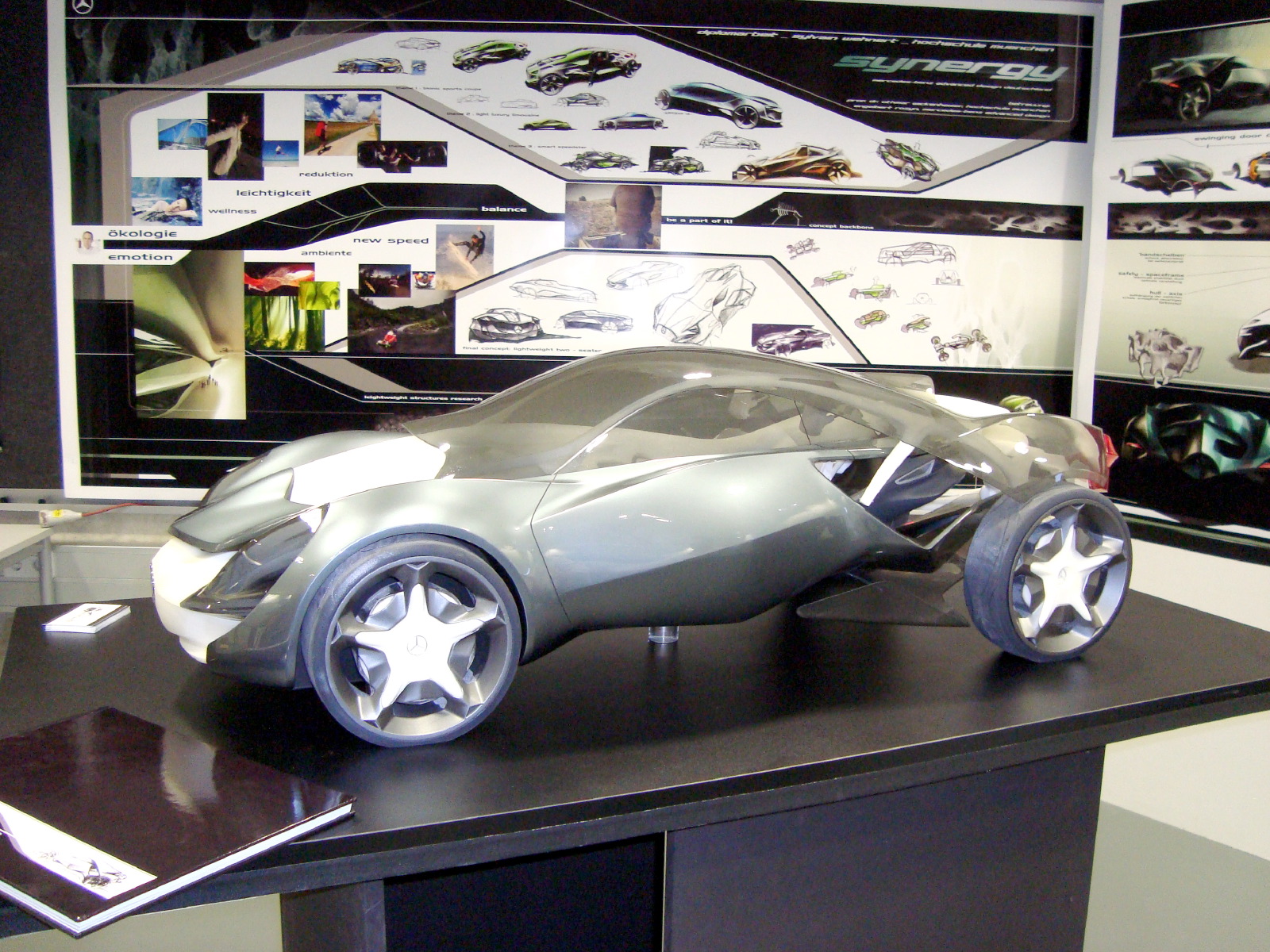 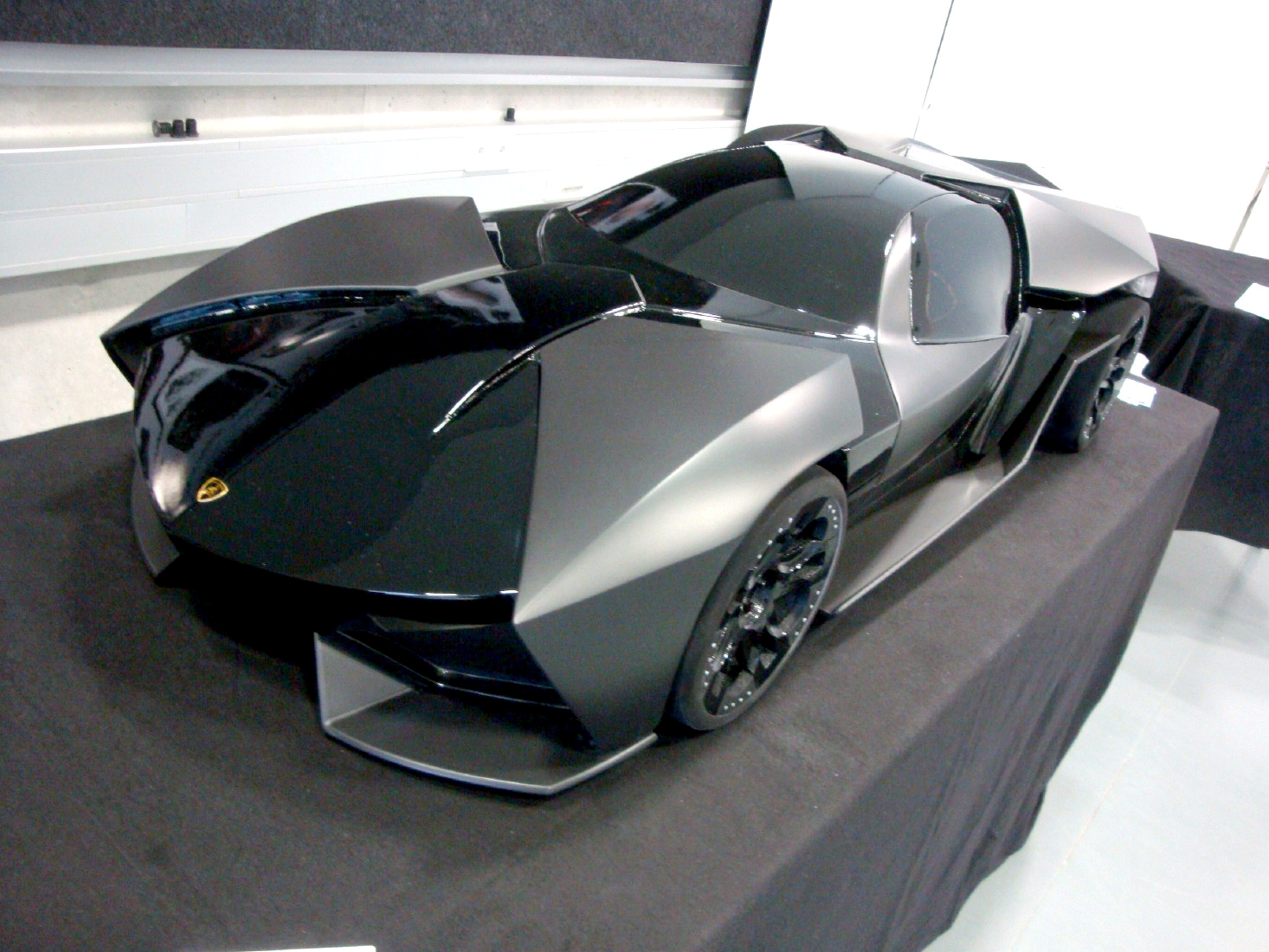 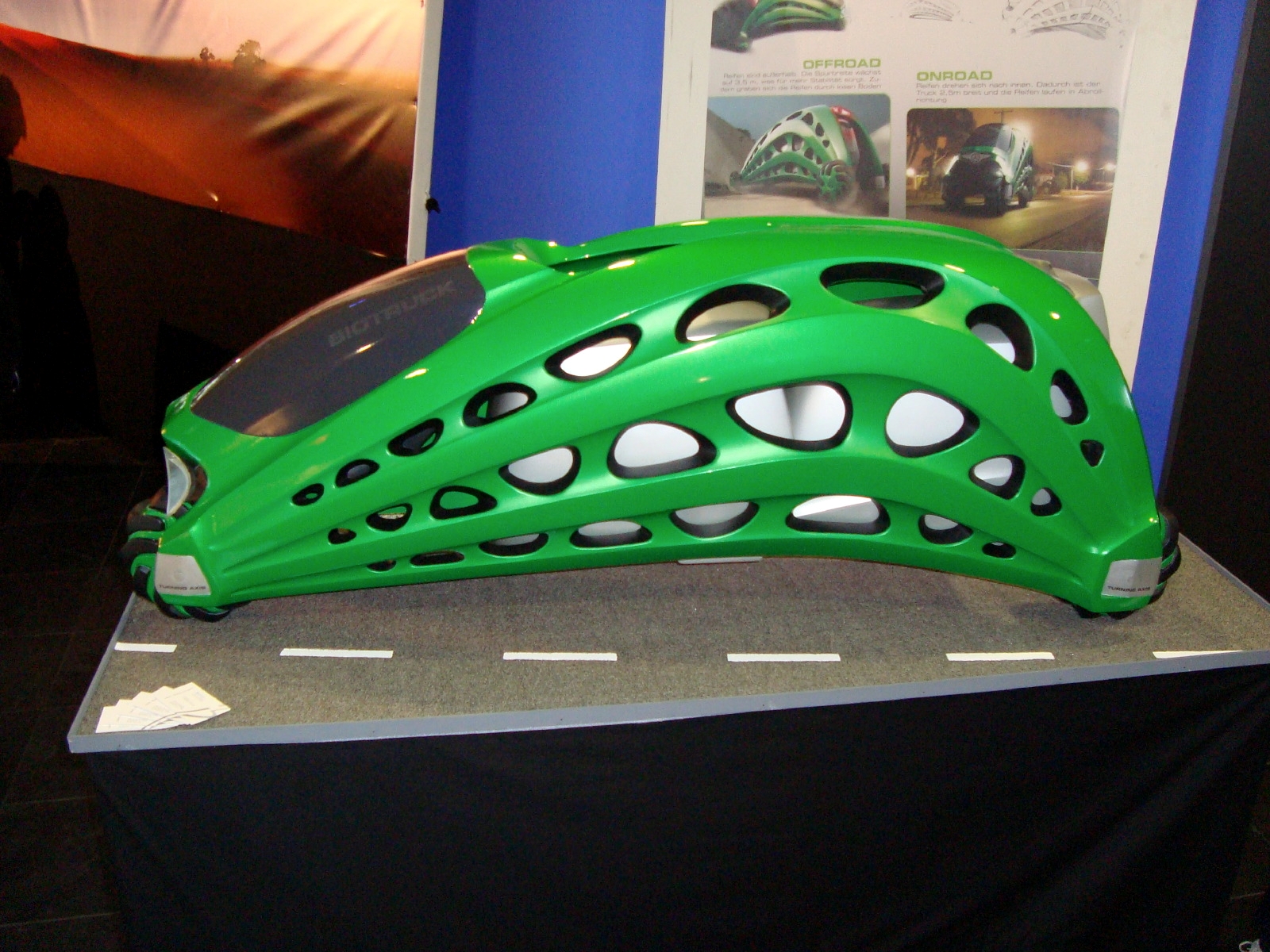 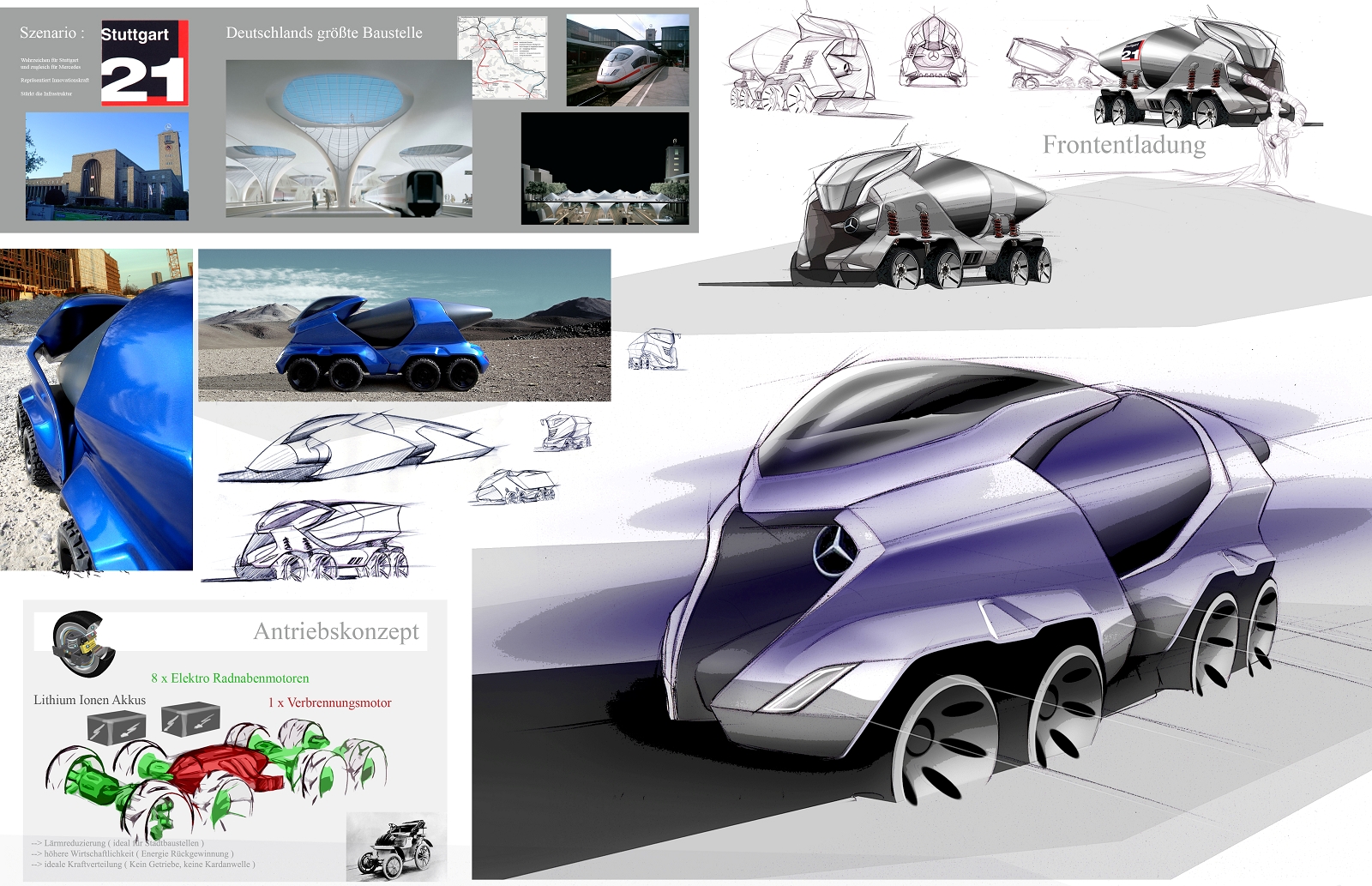 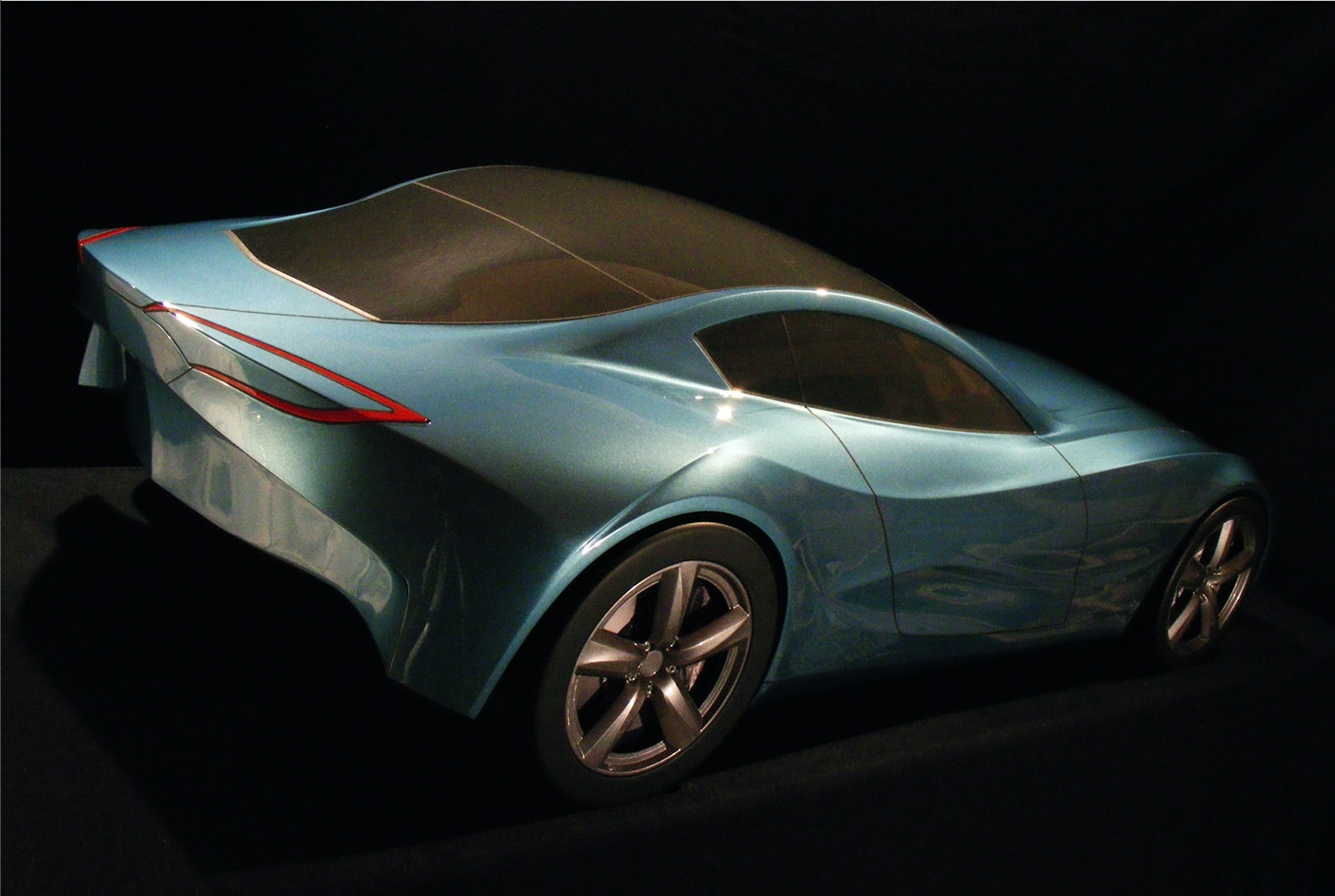 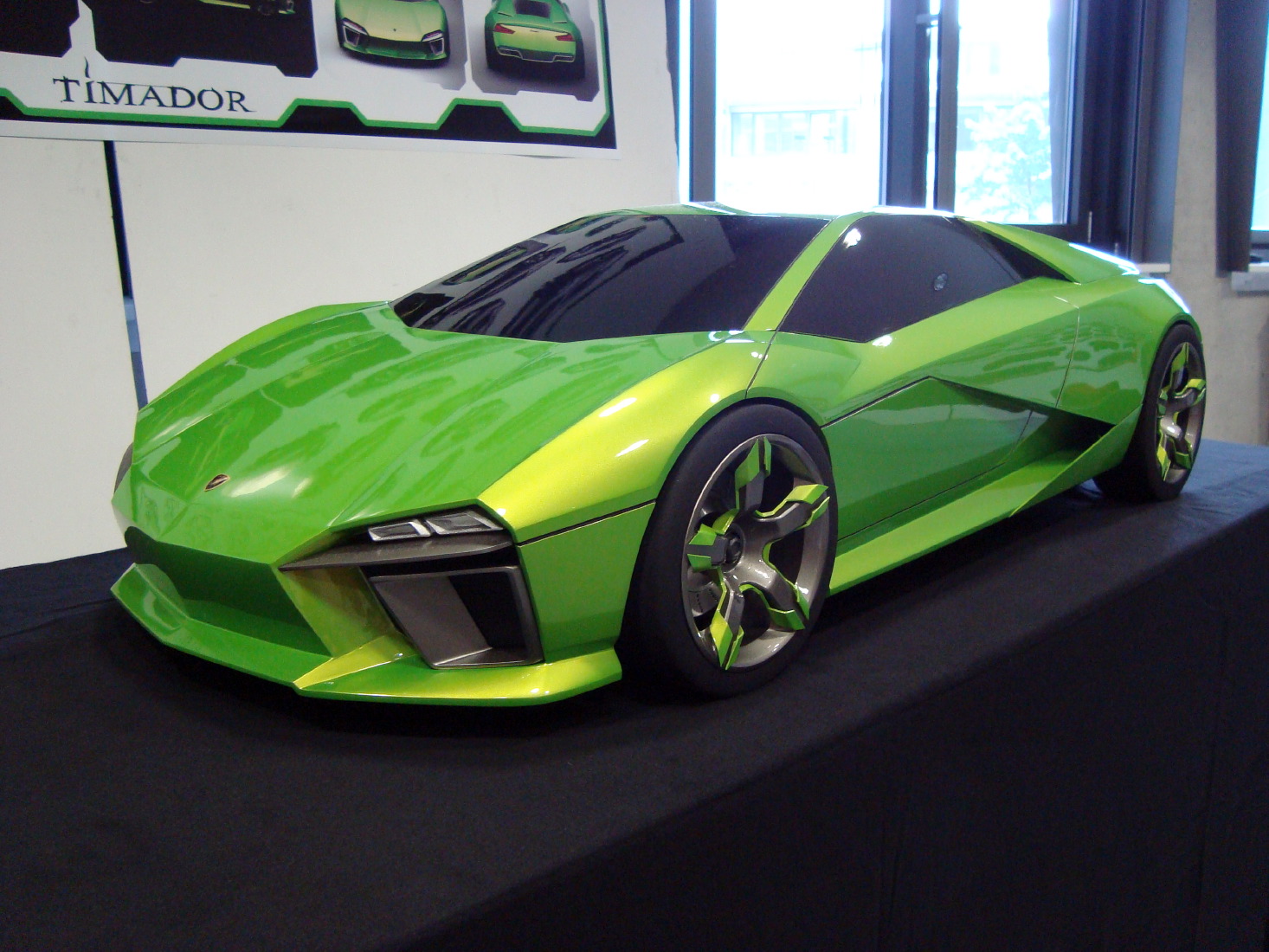 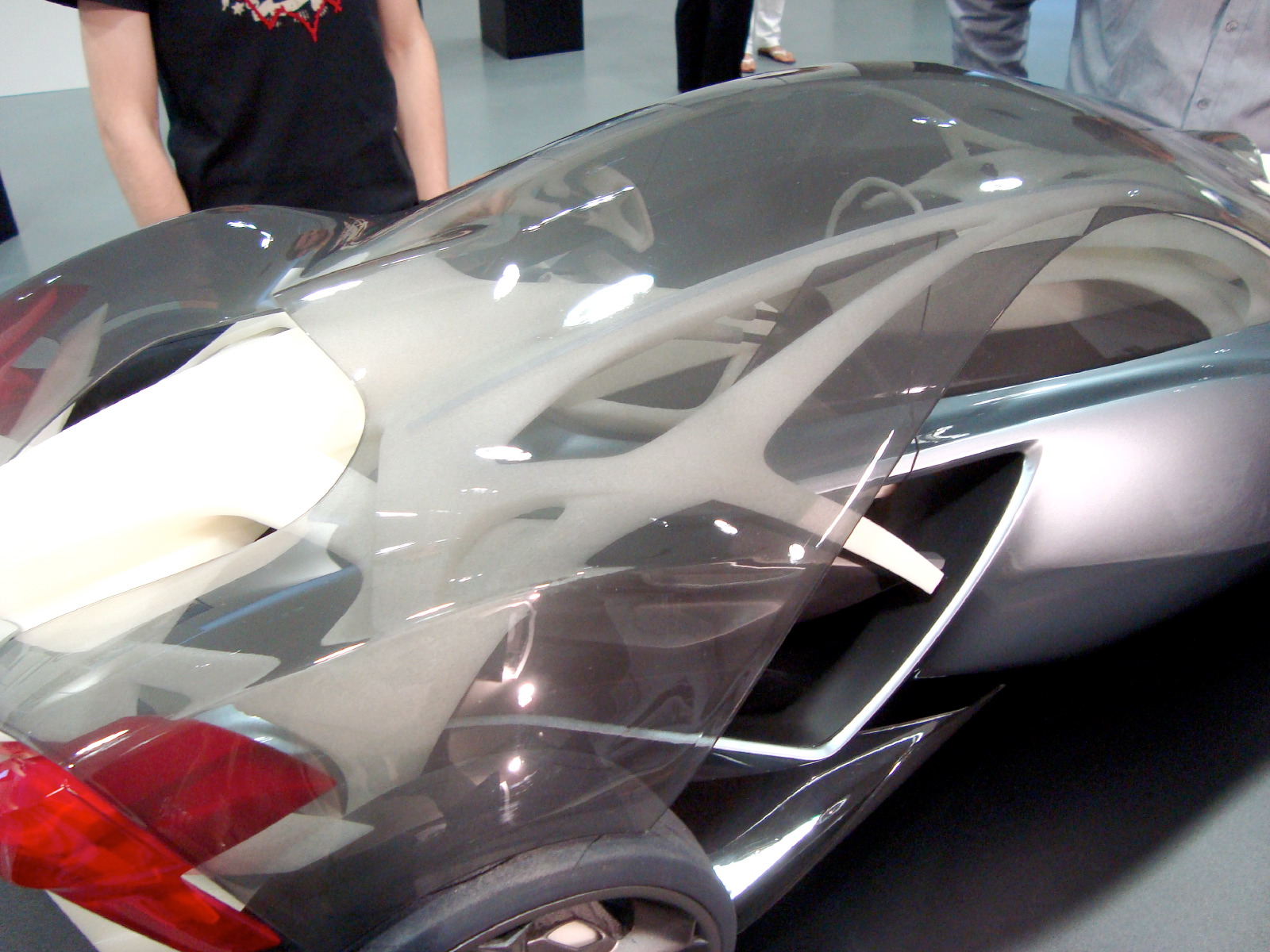 The BMW Fire and Ice concept was jointly designed by Kathrin Lach and Josef Petryszak. Their mission was to create a complete vehicle for the near future in cooperation with BMW's Advanced Design studio Munich. With crowded megacities the centers of our society, inhabitants are looking for the contrast between the loud, aggressive and multifarious ambience of the city and the quiet, secure and individual private space. The ‘Fire'-themed exterior (created by Petryszak) reflects the impressions and visual loudness of cities, while the contrasting ‘Ice' interior (by Lach) creates a private and individual space inside the 3590mm-long two-seater based on formal and theoretical research with ice.

Behind the name ‘Hopporter' stands the unique design-concept: a transporter that delivers cargo modules, equipped for special purposes, in regions of the world that are hard to reach. Thanks to the efficient energy and drive concept, the vehicle has a huge range and enhanced off-road abilities. The formal theme, inspired by the grasshopper, gives the vehicle its characteristic appearance. A possible scenario for the use of the vehicle is supporting care projects in areas that are hard to reach by conventional trucks - such as building a fountain in a village in Africa to ensure clean drinking water for the inhabitants. The Hopporter delivers a module equipped for fountain building to its destination. After unloading, the module can be used as a small office and a place to sleep. An entire headquarters can be built by combining more modules.

The objective of this concept was to create an exterior design that visualizes a female's emotions, character and nature, though its target demographic is still both men and women. The design is emotional and intuitive, with advanced surfaces. The shape is soft and fluid, as illustrated by its silhouette, surfaces and flowing lines, yet these are also combined with hard edges that emphasize strength, bravery, emotion and power. The synthesis of both gives the concept its strong character.

The Califia is a compact three-seat electric vehicle concept developed in cooperation with the Ford Design Studio in Cologne, Germany. Characterized by a light, reductionist design and form language, the vehicle's design was inspired by a scorpion, which expresses lightness, functionality and ecological awareness.  The center driver position enables the steering wheel to be placed in the middle and the staggered assembly of the passenger seats creates more legroom at the rear. Future use of routing trace and autopilot offer efficient use of drive. Dynamic inside-out line management illustrates the ‘Energy in Motion' theme in twisting surfaces. The floating elements range from the exterior to the interior and seamlessly integrate both areas.

The Mercedes Synergy Concept by Wehnert is an approach to the question of how to combine ecological values and emotional design. Both aspects are contained equally in the car and they are united in a harmonic symbiosis. Lightness is a main theme of the design concept; the layout of the car is inspired by nature's design principle of all higher developed creatures. By using a ‘backbone' to which are attached the seats, the bionic spaceframe, wheel suspensions and fuel-cell and batteries, the Synergy Concept breaks away from the conventional way of building cars in favor of a new, dynamic and more efficient vehicle.