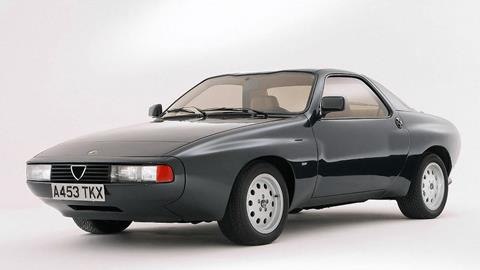 Attendees at the 53rd Geneva Motor Show in 1983 were treated to an interesting contrast in sports coupé concepts, one each from Bertone and Zagato. There was nothing unusual there – the two carrozzerria were displaying concepts almost every year and vying for attention with other design houses, usually at the Turin, Geneva, or Paris shows.

What was interesting was that the two coupés were proposed for the same manufacturer, Alfa Romeo, and presented two different possibilities for the future of the Alfa sports cars for the 1980s and beyond. 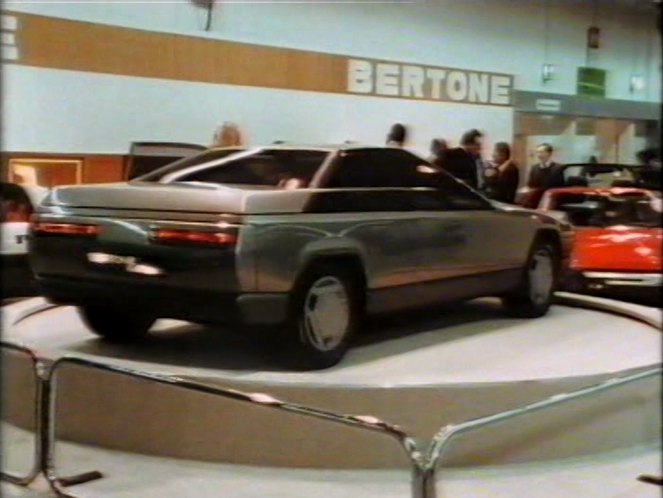 A very shiny Bertone Delfino debuts at the 1983 Geneva Show

At the Bertone stand, a dramatic wedge-shaped GT coupé awaited visitors. Over at Zagato, a more organically shaped coupé provided an interesting contrast. Both were notchbacks, both had large sculptural glasshouses, and both had the Busso V6 engine. But that’s about where the similarities ended and the debate began. Which was the better car for Alfa Romeo in the mid-1980s and beyond? 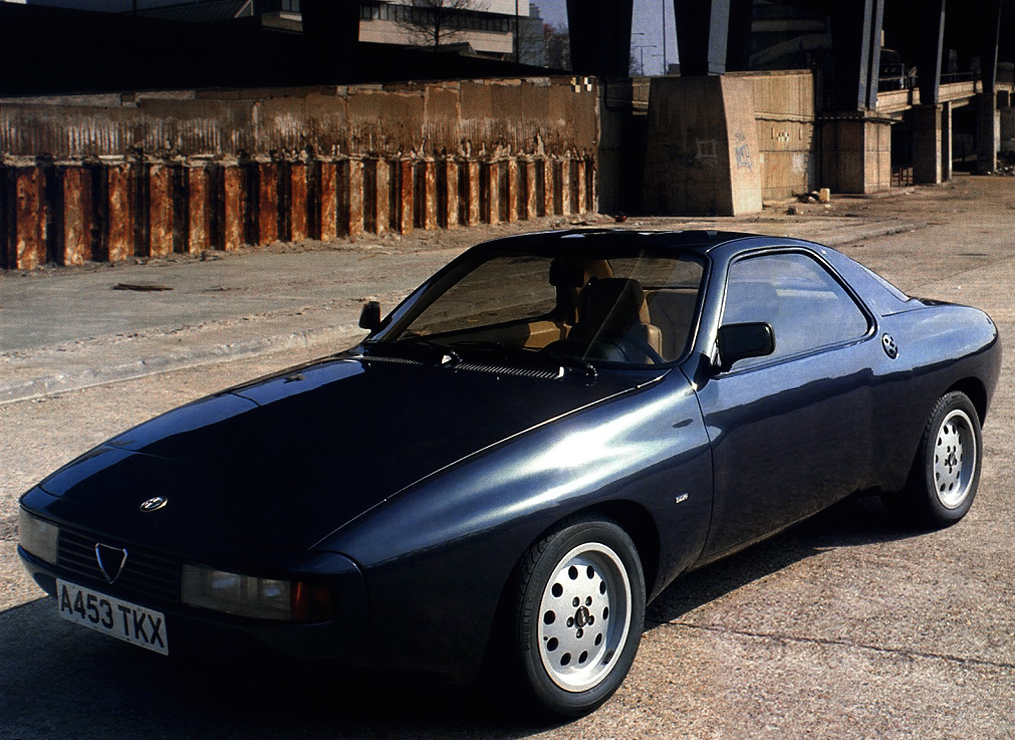 The Zagato Zeta 6 was based on the Alfa Romeo GTV6 and contained the same chassis and engine virtually unchanged. The curvaceous body seemed at odds both with the production GTV6 and even Zagato’s own design history. 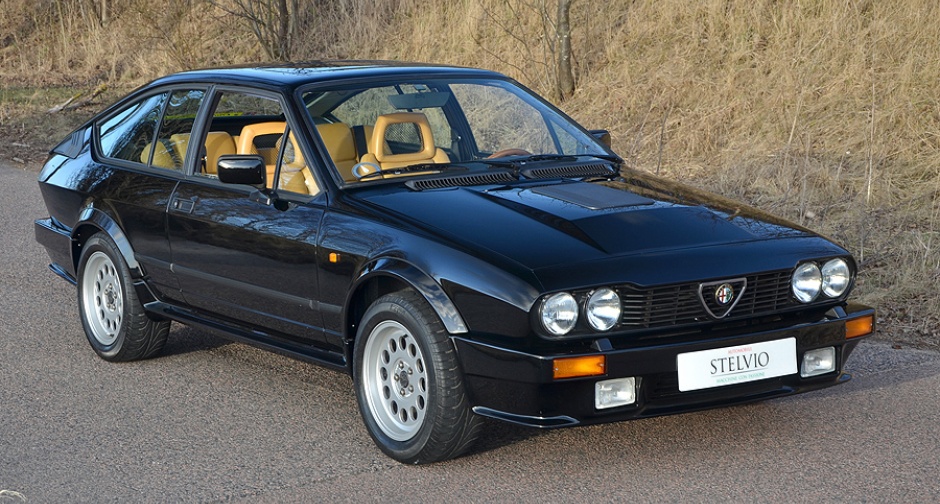 The project began back in 1979, when Giuseppe Mittino, Ercole Spada’s successor at Zagato, set out to end the fallow years of Zagato design which had stretched through much of the 1970s. He began sketching an organic, vaguely ovoid-shaped sports car that he would eventually call the AZ6 Sperimantale.

The original sketches were spruced up into a presentation package and taken over to Alfa Romeo. The board at Alfa agreed to support the project, supplying a pair of GTV6 chassis with a Busso V6 engine mounted in each. 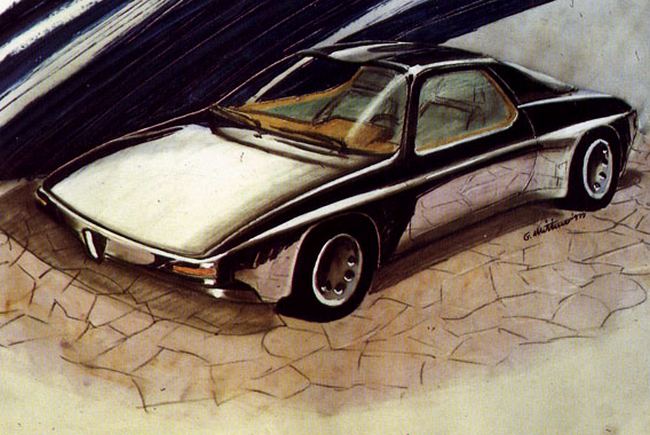 The result was a dramatic departure from the Giugiaro-designed production GTV6.

Instead of crisp geometry, the Zeta 6 was more curvaceous with bulges along its flanks that reminded many of the Porsche 928. The generous glasshouse was also reminiscent of the Porsche, although the Zagato was a notchback. 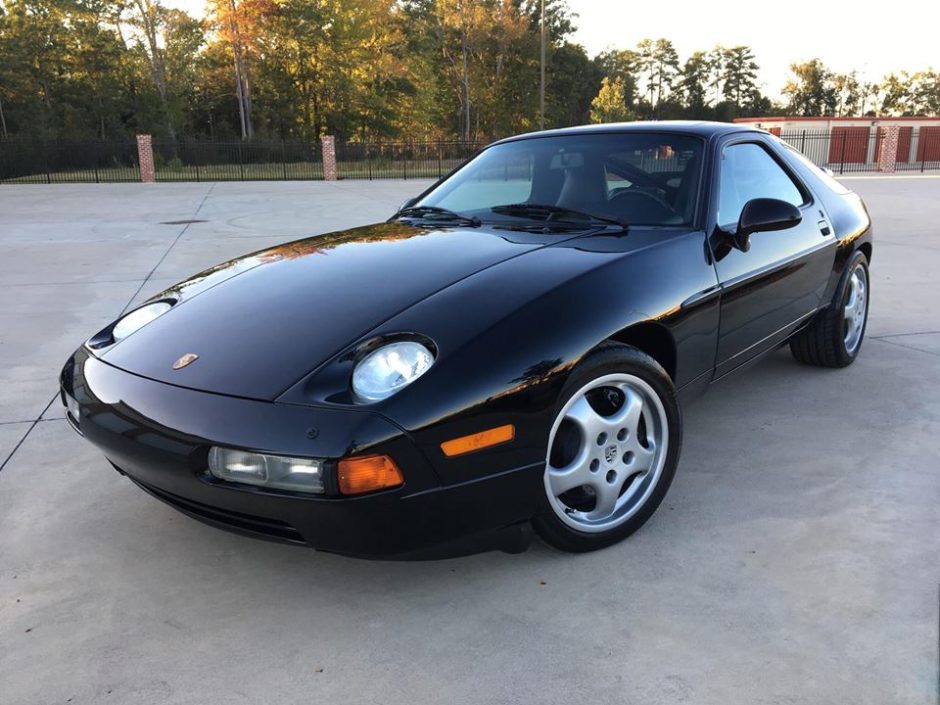 The Zeta 6 is reminiscent of Tony Lapine’s iconic 928

The front of the Zagato dropped down to a narrow mask, with rectangular headlamps like the (then upcoming) second-generation Alfa Romeo 6. The bumper was integrated into the body, including matching the colour. The roof was formed with Zagato’s signature ‘double bubble’ shape. At the rear, the bumper was also integrated into the body and the tail lights were borrowed from a BMW 5-Series. 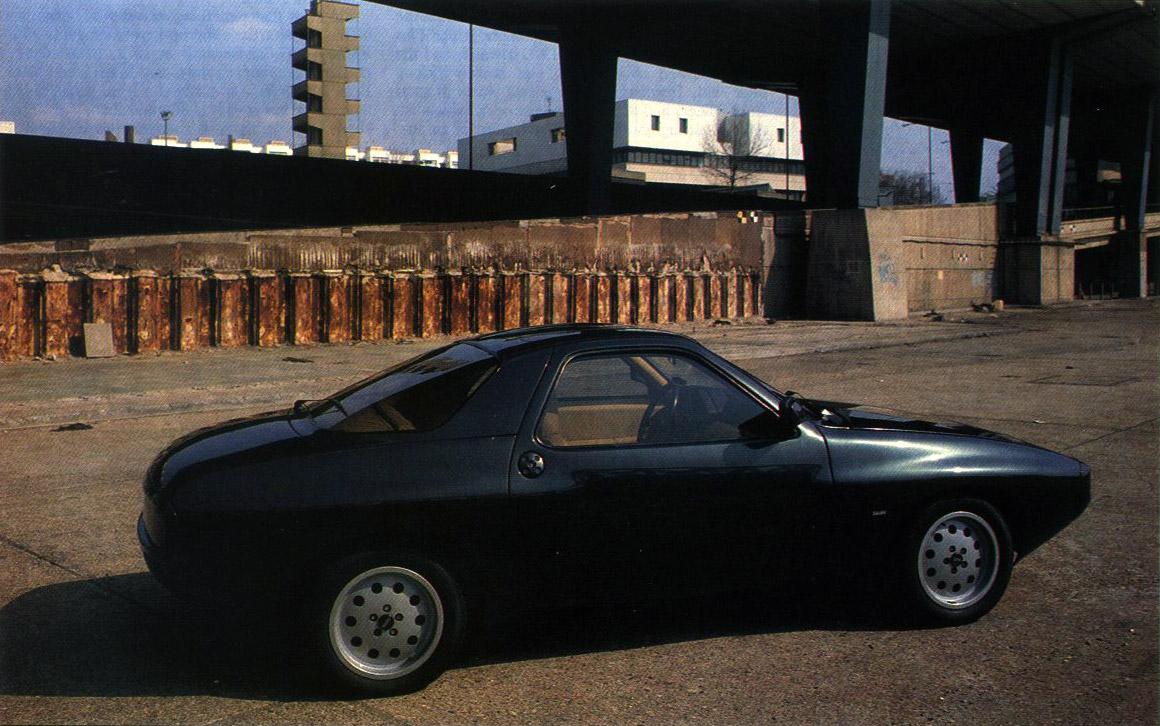 The Zeta 6 was a 2+2 with a well-appointed, but rather conventional interior. The interior was accessed through a door with a round ‘handle’ that looked more like the dial on an old rotary telephone. One inserted one’s fingers and ‘dialed’ in the right direction, which then released the latch and popped open the door. It was an idea that fortunately did not catch on. 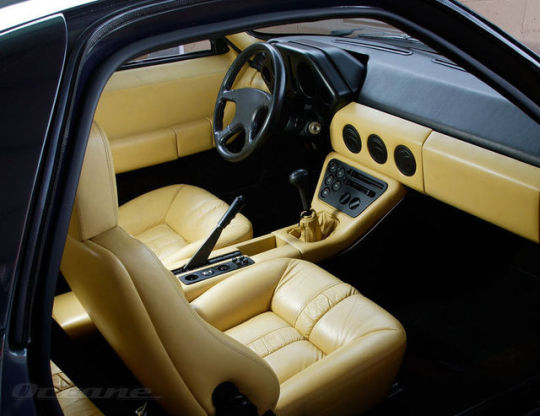 The Zeta interior – more conventional than the Delfino, but well-appointed

Over at the Bertone stand, a sleek wedge-shaped GT coupé was the proposal for the future of Alfa sports cars. The Delfino (dolphin), as it was called, was also sponsored by Alfa Romeo and was developed along the same timeline. The car sat on a modified Alfa 6 chassis and also had a Busso engine under the hood.

Designed by Marc Deschamps, it certainly had the marks of Bertone, which stated in its press release:

“In designing the Delfino, Bertone deliberately chose to follow classic design criteria. The car was to interpret the revival of the GT concept, bearing the demands and expectations of European and American clientele in mind. Thus we have a two-seater with front engine and rear traction, with proportions reflecting the traditional look of the original mechanics, and remarkably sober and modern lines.” 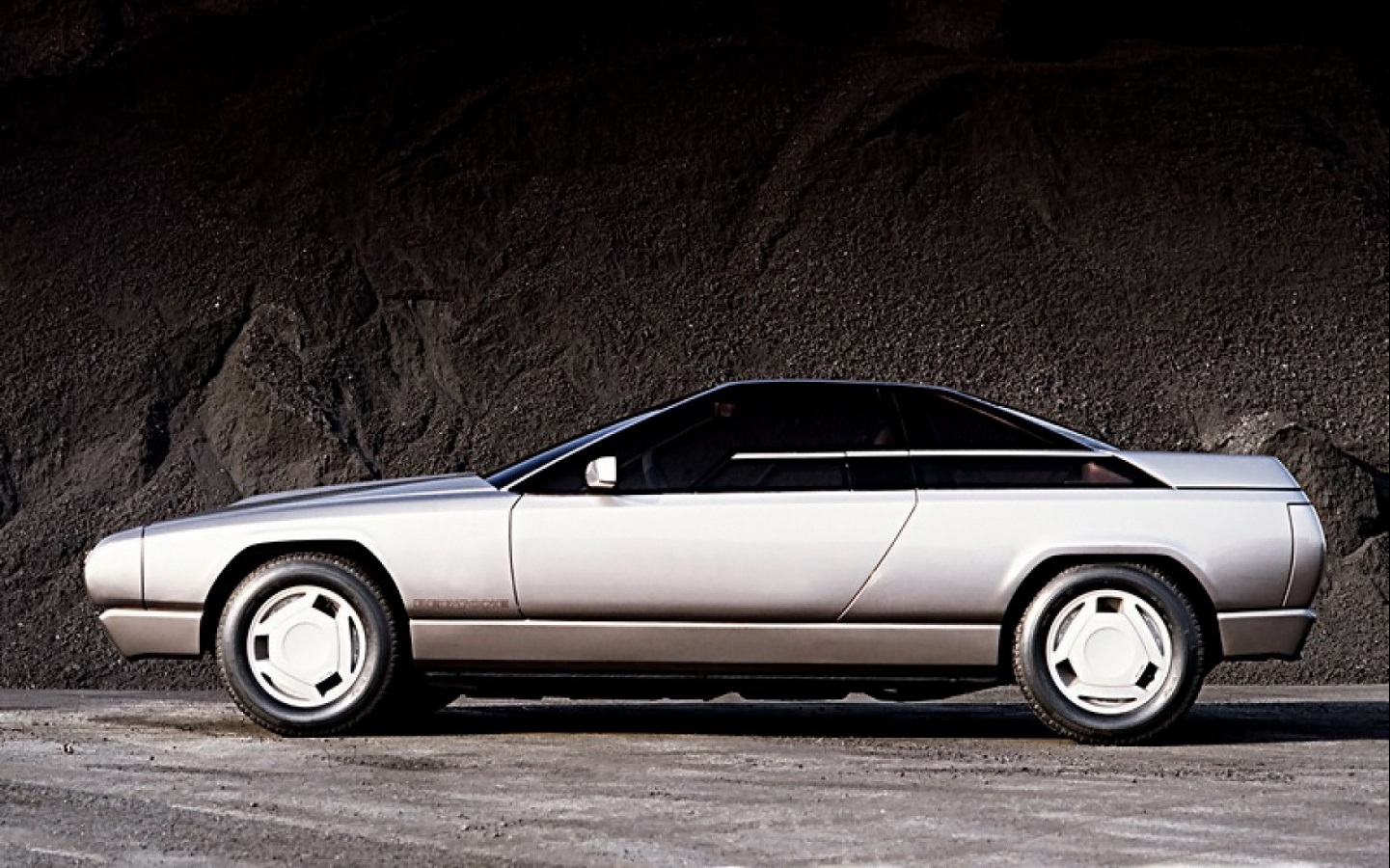 Typical of Bertone designs at the time, strong horizontal character lines raced along the wedge. The nose sloped down to a narrow fascia (really just an integrated bumper) with an Alfa Romeo shield in the centre. A pair of pop-up headlamps contained quad rectangular units which matched the strong horizontals of the car. 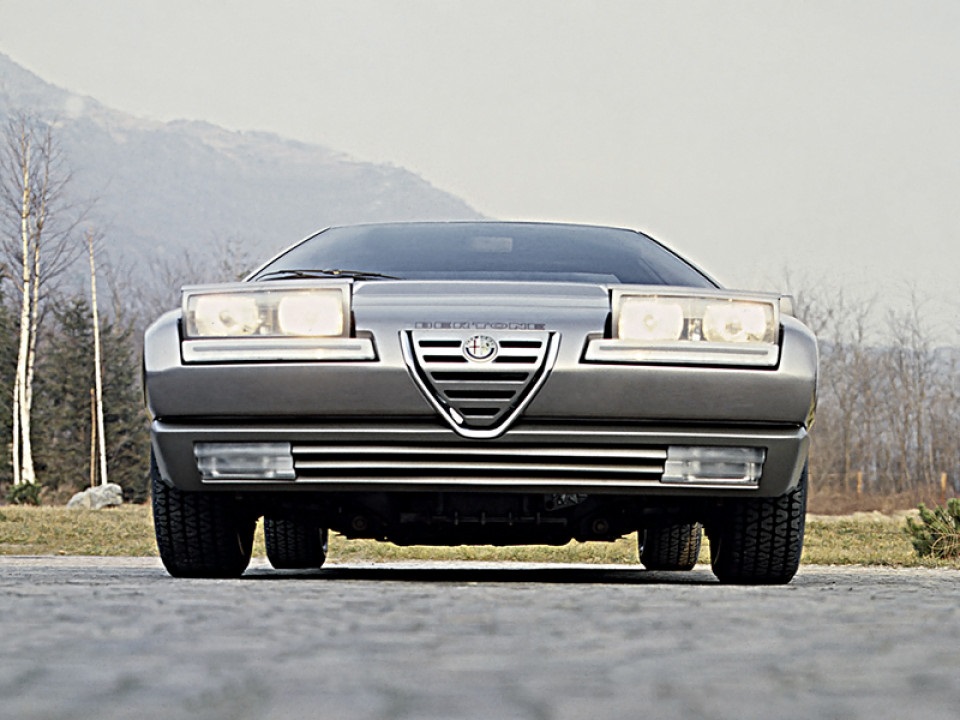 The Alfa Romeo shield figures prominently on the front of the Delfino, but does not look at home there

The glasshouse was trapezoidal in section, crisp in its form, generous in its glazing, and animated with the bar which bisected the side glass. This bar trailed back and integrated into a high boot, which afforded generous luggage space. 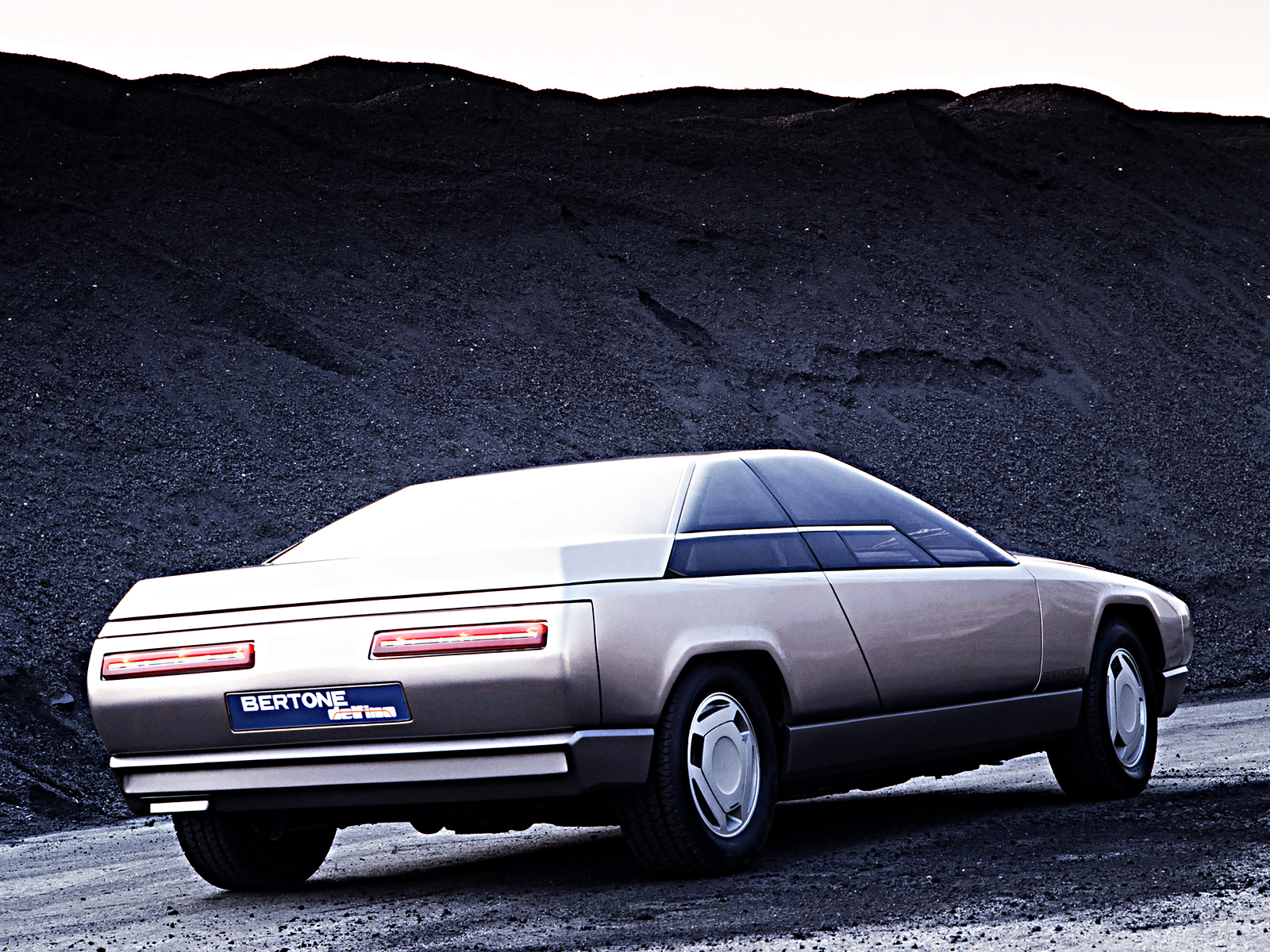 The bar dividing the glazing trailed back into the boot, adding more horizontality to the glasshouse

The interior was a two-seater – unusual for a car sitting on the modified Alfa 6 frame.

The instrument panel was a strong horizontal composition of instrument screen and control panels. The simple steering wheel bisected by a horizontal spoke just below the centre of the circle. Despite the multitude of buttons and switches, the whole composition read as a rather simple series of horizontal bars. 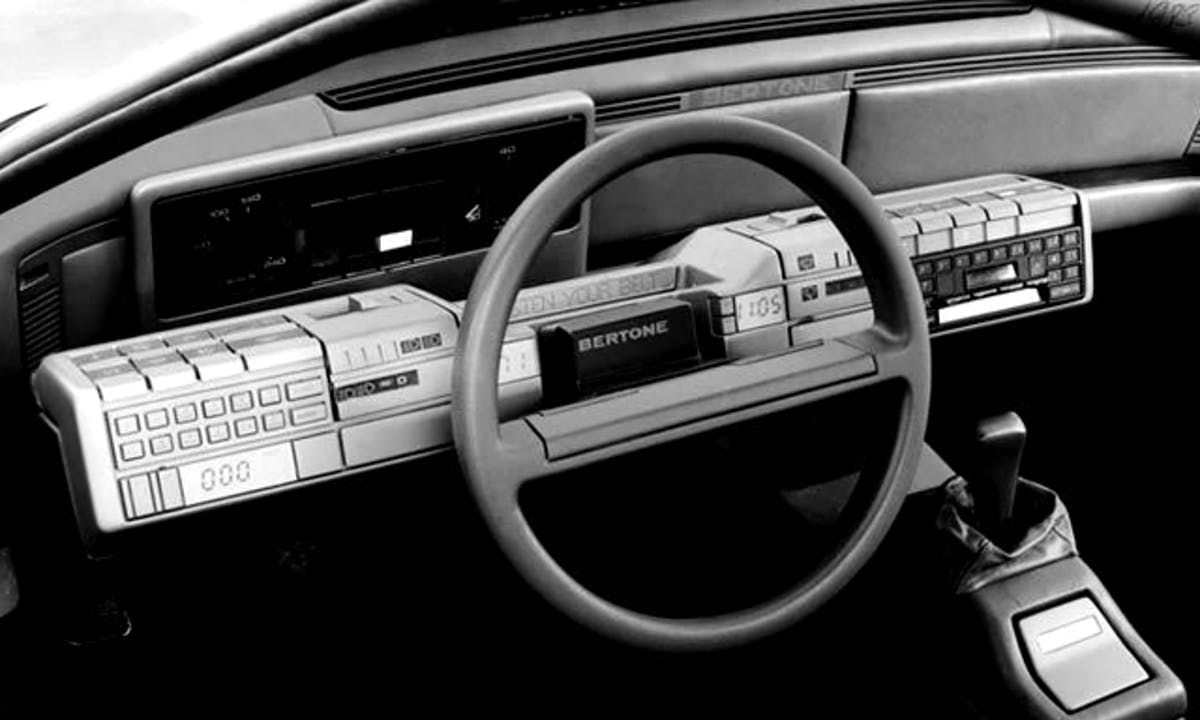 Reaction to both cars at Geneva was generally positive. The Zeta was considered a bit more friendly and traditionally sports car-like, no doubt because the public had already absorbed the design and shape of the Porsche 928. The dramatic wedge of Bertone’s Delfino was a little too sharp-edged and architectural for some, and it seemed to belong in the realm of sci-fi concept cars.

A sketch of the ill-fated Zagato Zeta 6

In the end, Alfa Romeo passed on developing either car. Zagato sought funding to produce the Zeta itself, but it fell through and only the two prototypes were ever produced. A third body shell, with no chassis or engine, is rumored to be in a private collection in the Netherlands. As for the first two, one is owned by a private collector and one is in the Alfa Romeo Museum, currently on display.

The Zeta 6 did re-establish Zagato’s design reputation and helped secure its future. Important projects in the years to follow would include the Maserati BiTurbo Spyder and the Aston Martin V8 Zagato. 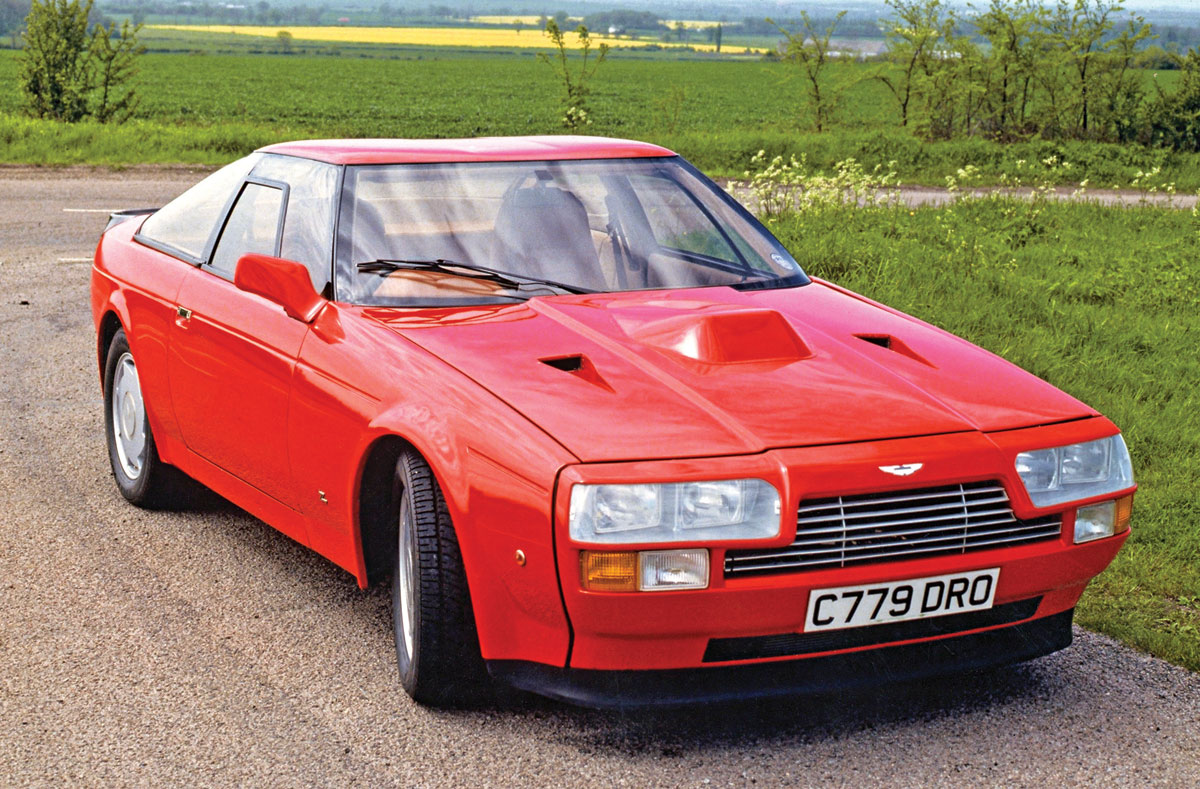 Aston Martin V8 Zagato – a classic… but that bonnet bulge…

As for the Delfino, Alfa Romeo just did not have the money to develop the car. The Alfa 6 was refreshed in the spring of 1983, but again finances limited the refresh to minor changes, as there were other priorities – namely the Alfa Romeo Arna, a joint venture with Nissan that both companies would live to regret. 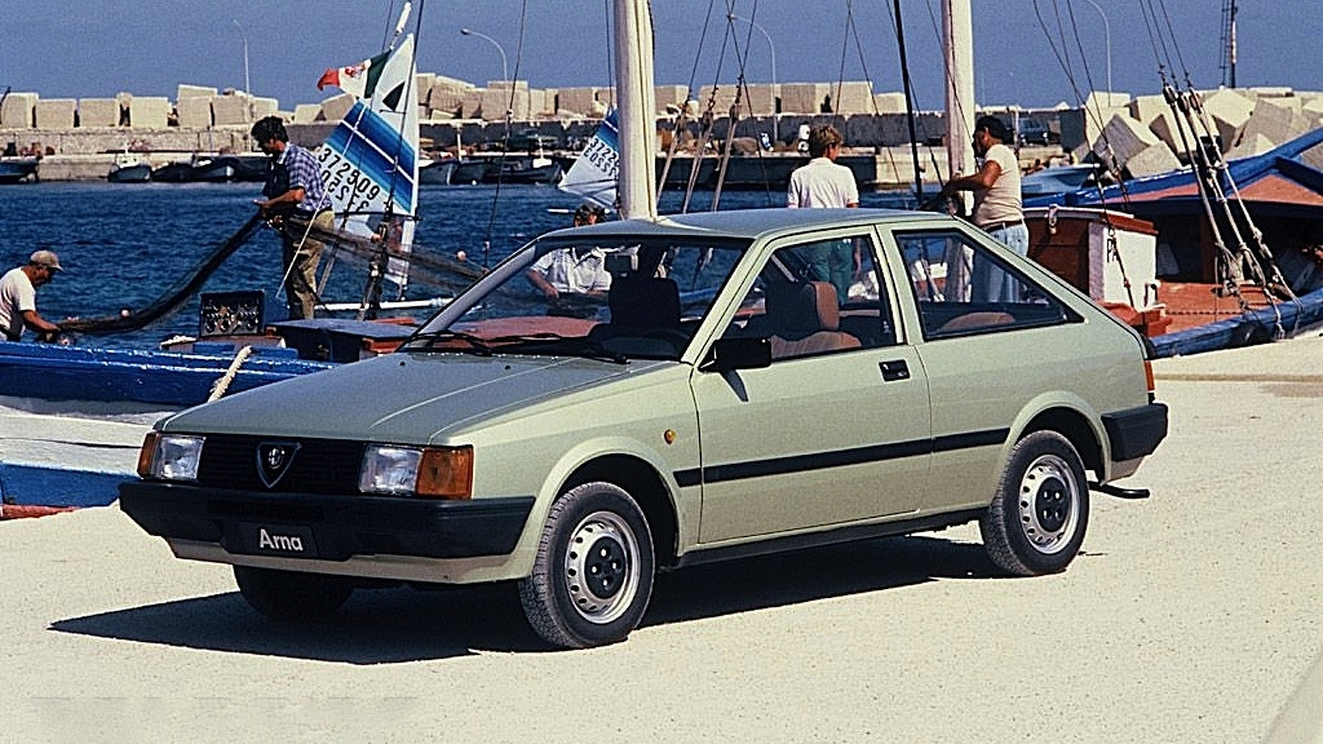 Alfa Romeo Arna; one of Alfa’s top priorities in the early 1980s

Some have noted the Delfino was much more Bertone than Alfa Romeo, with some suggesting it could have easily been a Citroën concept. Certainly some design elements of the Citroën BX can be seen in the Delfino. Others have noted that the design anticipated the later Subaru Alcyone SVX, although that concept was designed by Giorgetto Giugiaro over at Italdesign.

The Subaru Alcyone SVX – separated from the Delfino at birth?

In the end, the story comes down to us as a tale of “what might have been”, two great proposals that were doomed because of financing difficulties, despite their generous use of existing Alfa Romeo parts and technology. But perhaps it was a design issue too. Were these two coupés just a bit too much of a departure from the Alfa Romeo design brief? History has spoken.

But fortunately, their design legacy lived on in other concepts and production cars. 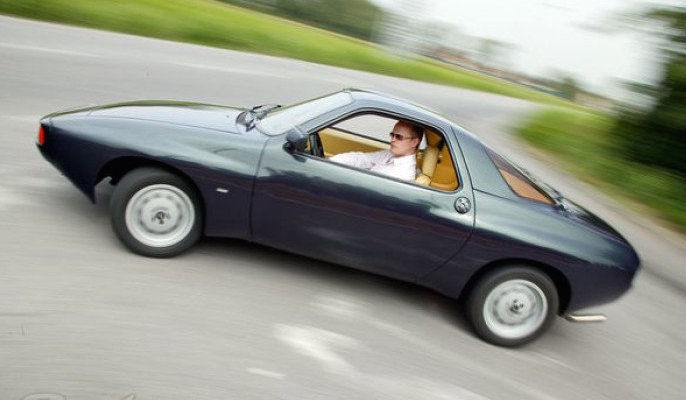 Hat tip to Matteo Licata (@Roadster_Life) for his assistance with some of the details of this story. Watch for his new book on the Alfa Romeo 6 to be published this Spring.