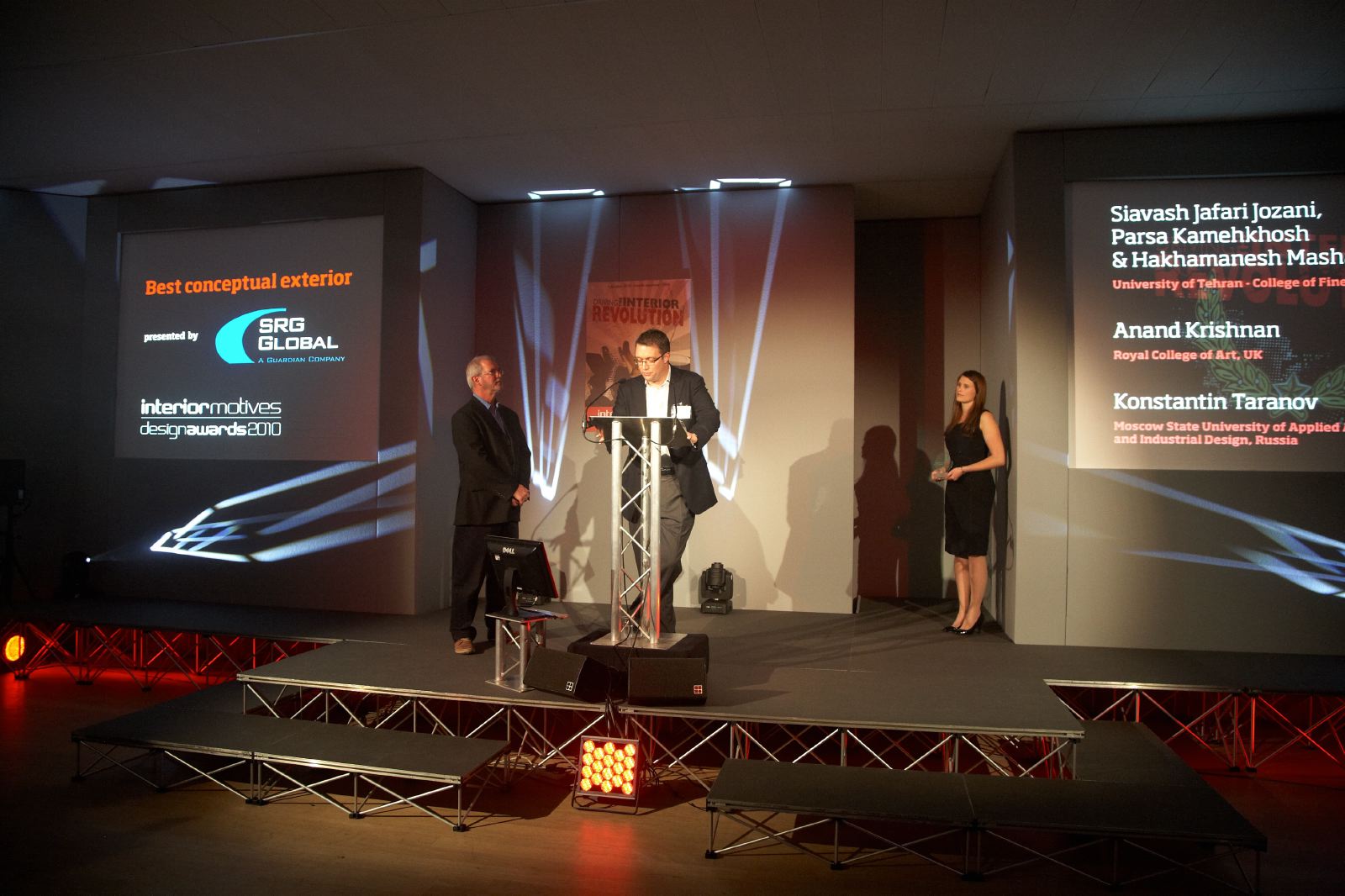 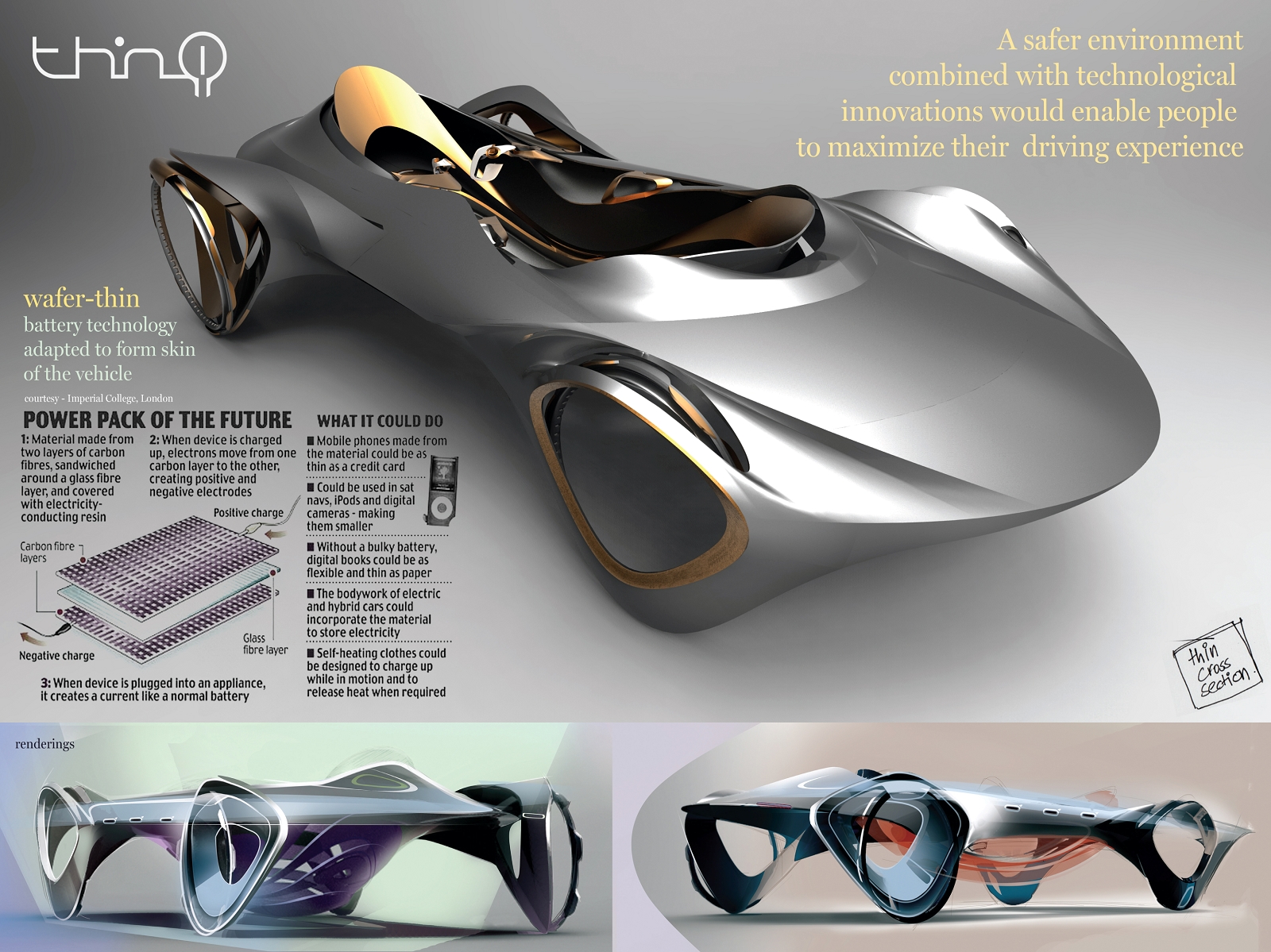 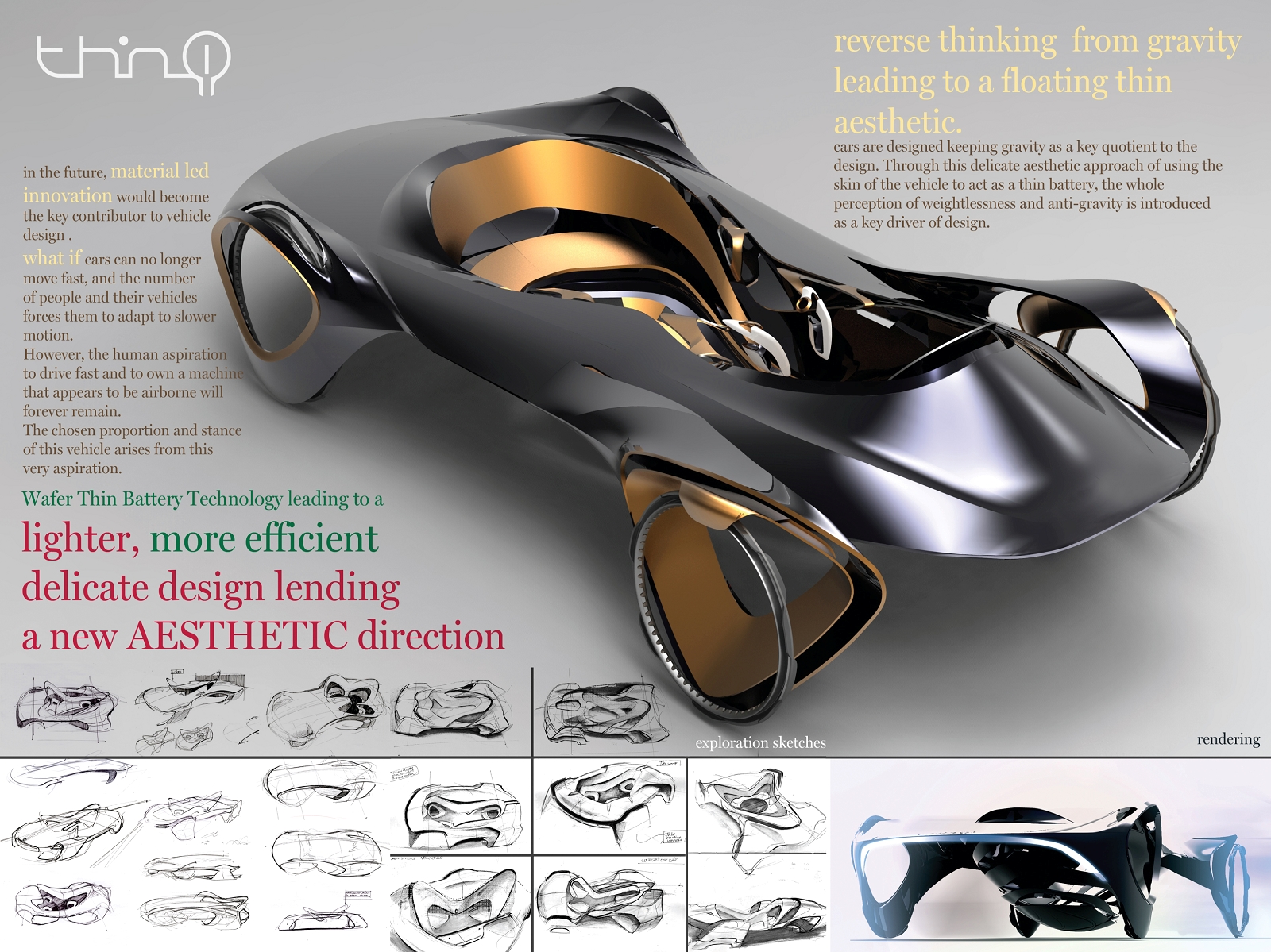 ‘thinq' by RCA student, Anand Krishnan, was one of the most conceptually advanced entries to the 2010 contest 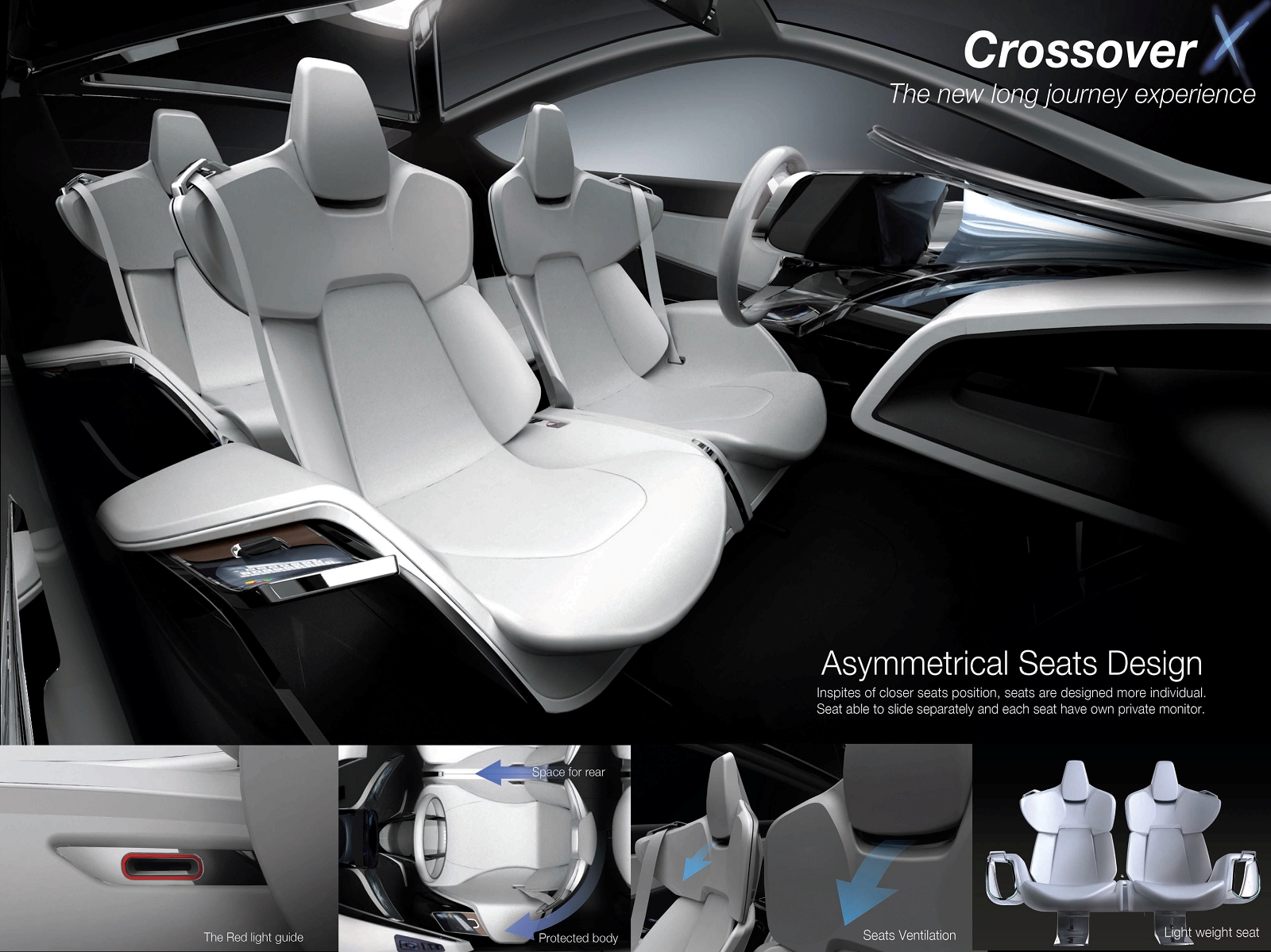 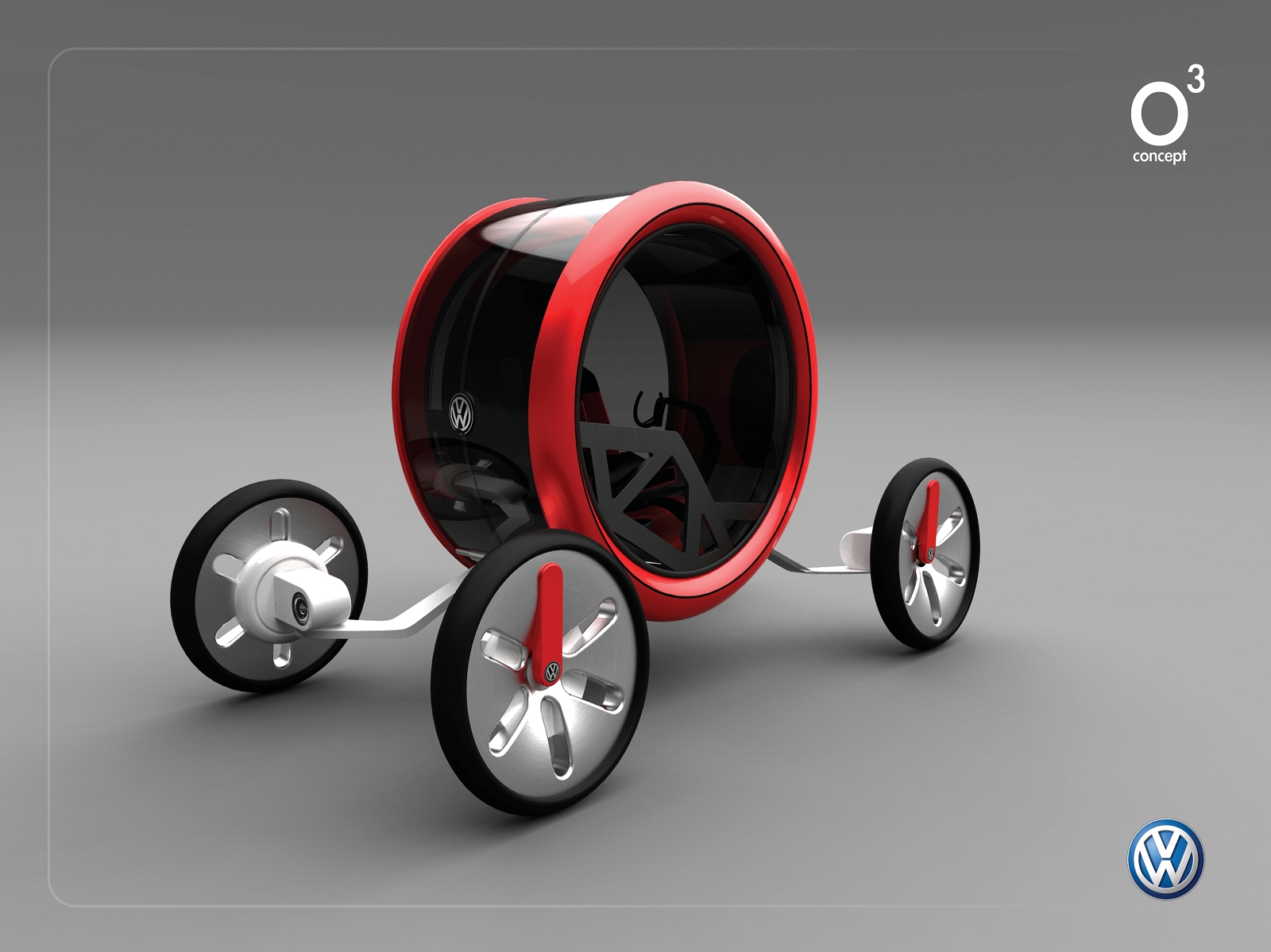 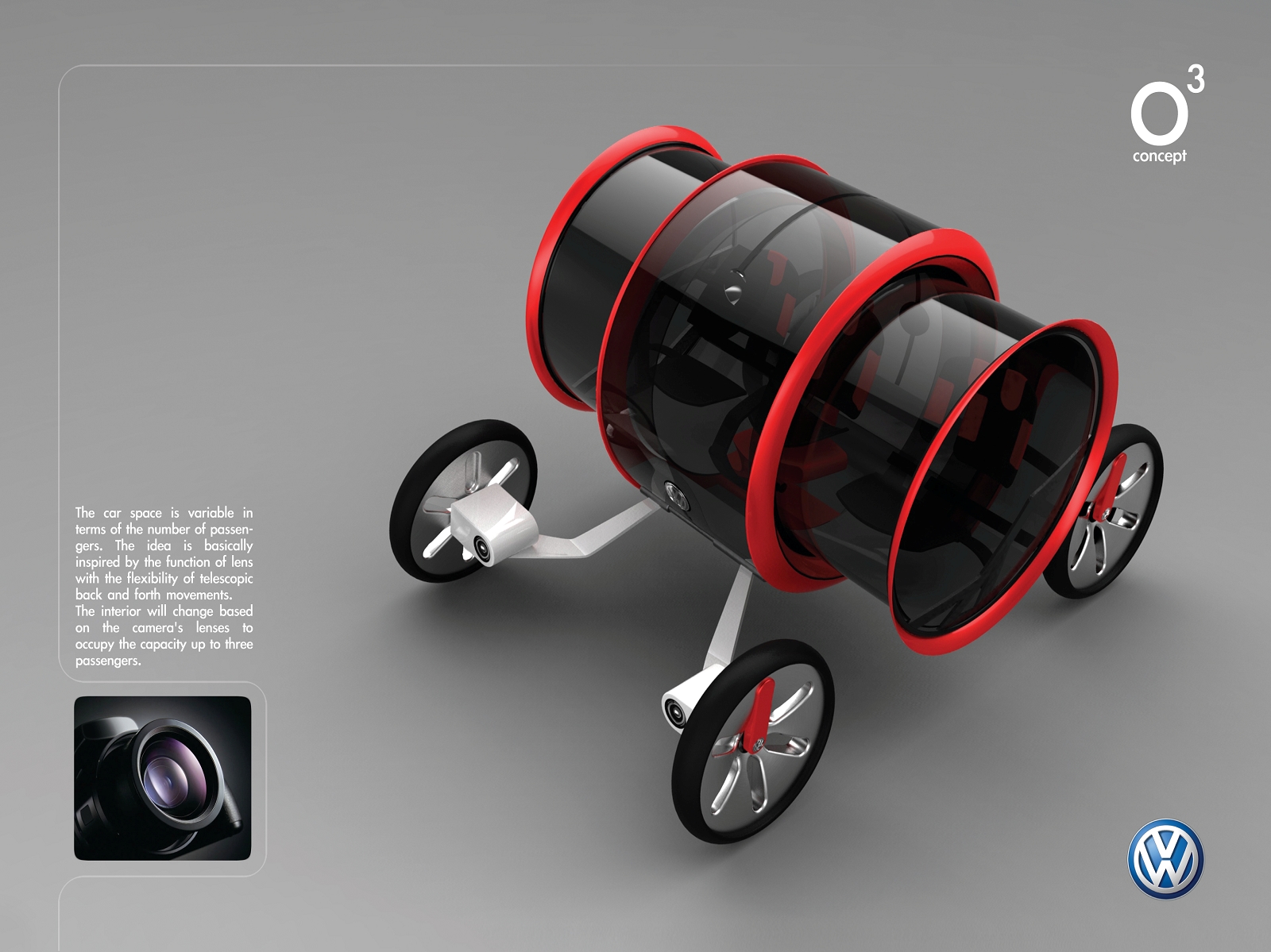 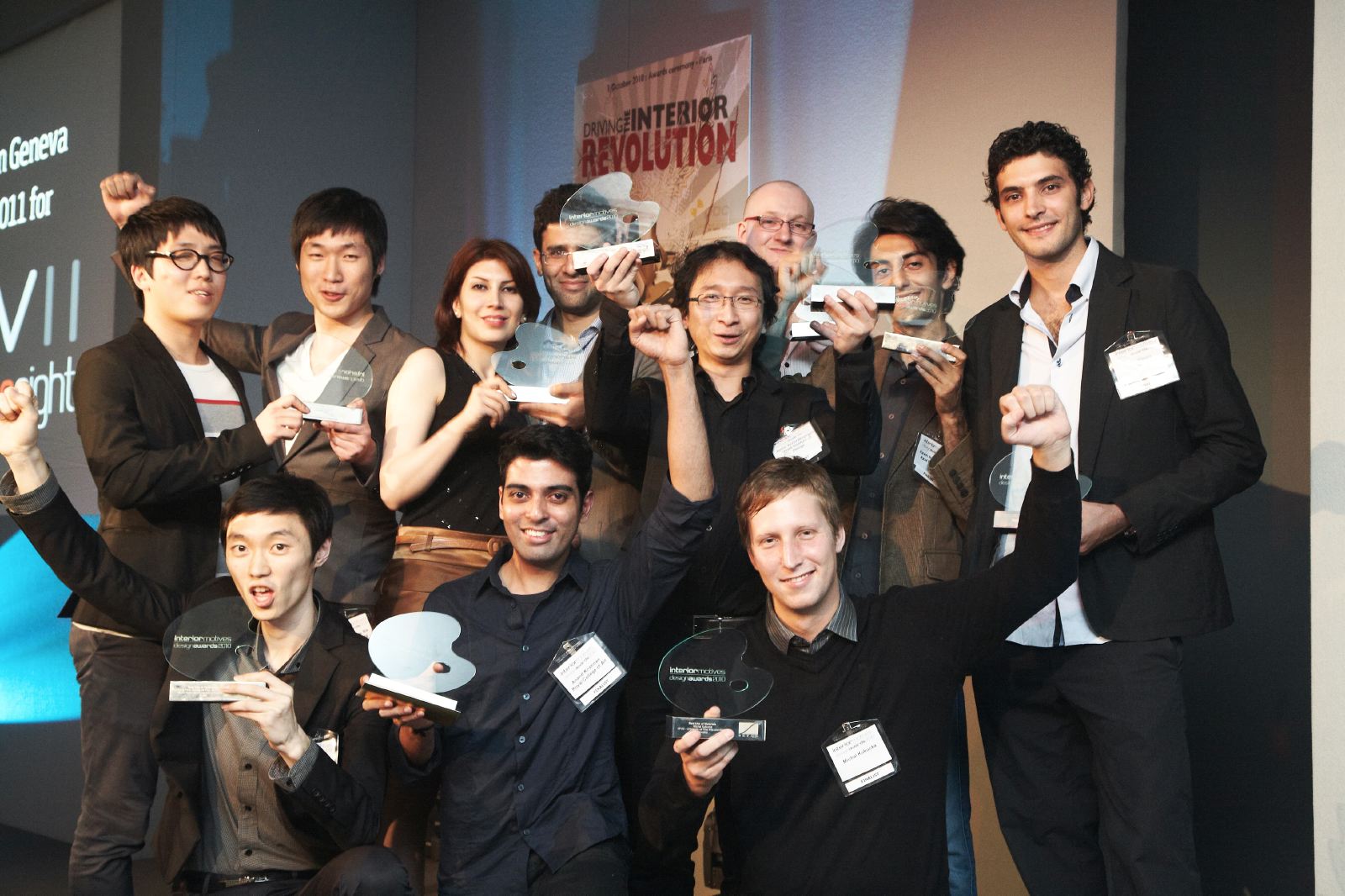 Award winners showing their trophies and celebrating at the 2010 ceremony 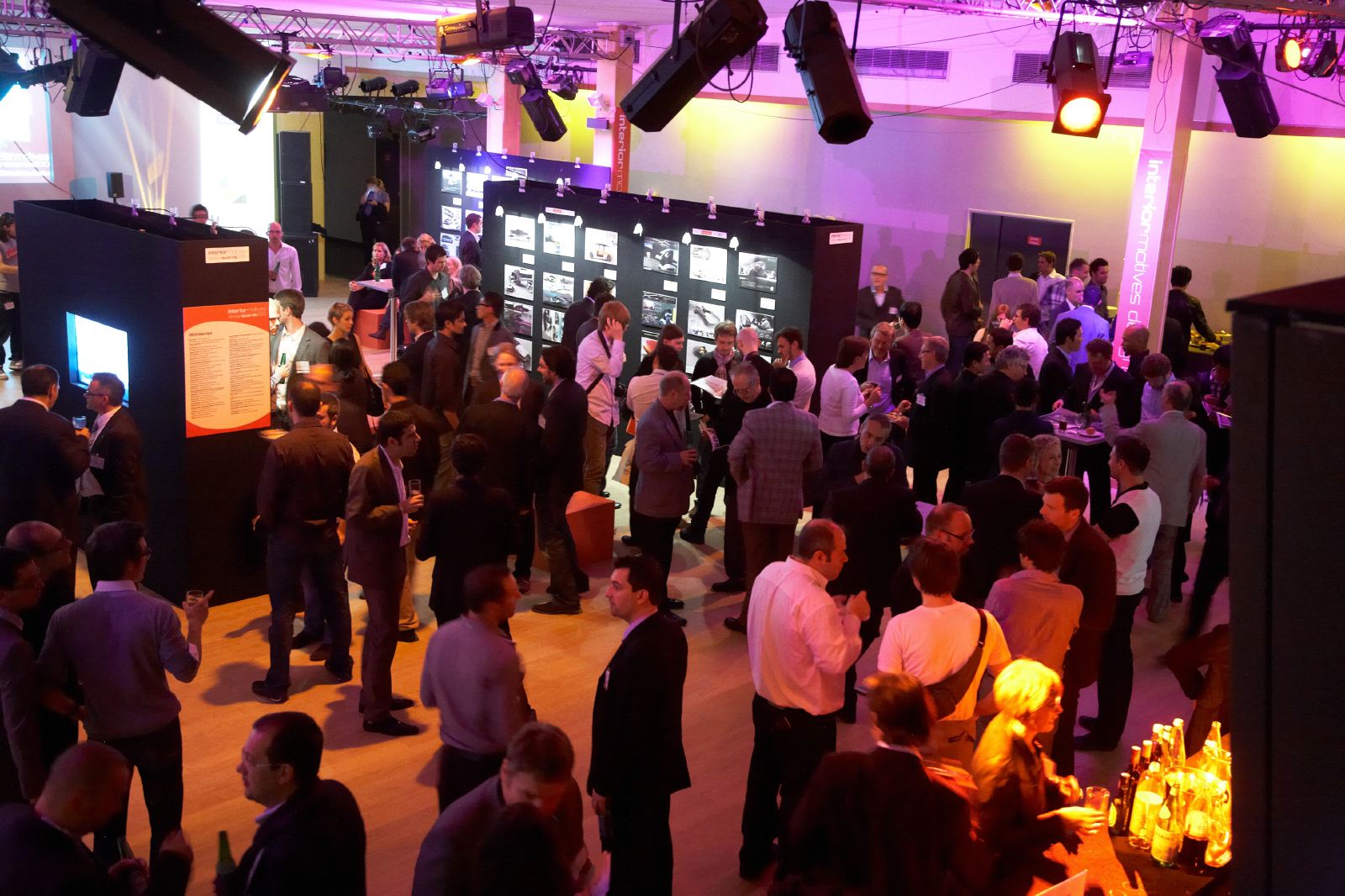 Design execs and other guests gathering to view the 2010 enteries 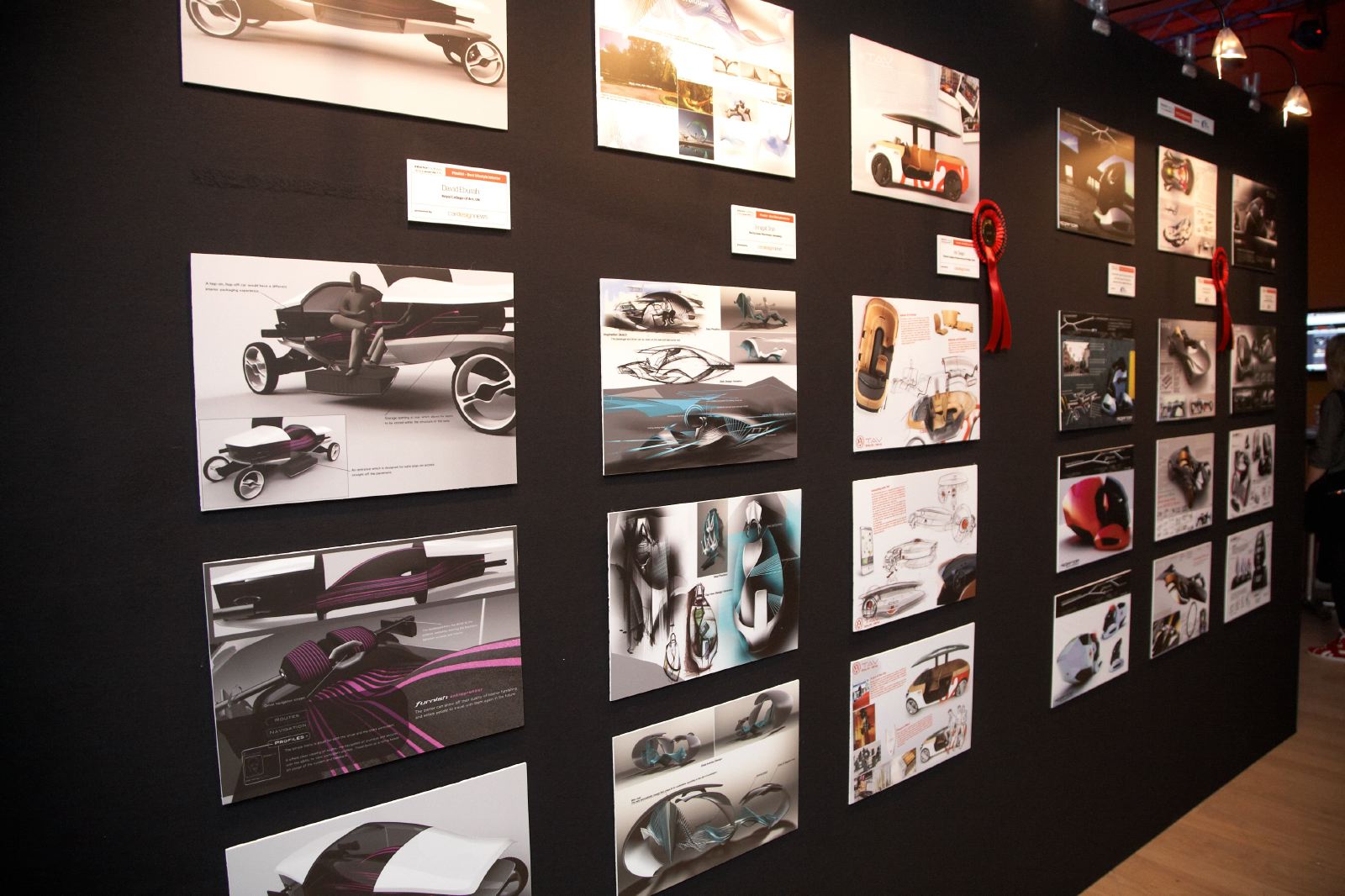 Project flatwork on display at the 2010 Interior Motives Design Awards. The competition was based on the theme ‘Driving the Interior Revolution'.

Registration for the ninth Interior Motives Student Design Awards has now opened. This is your chance to take part in one of the most important events on the design calendar, and to display your talent and fresh thinking to the world's top vehicle designers and automotive press. 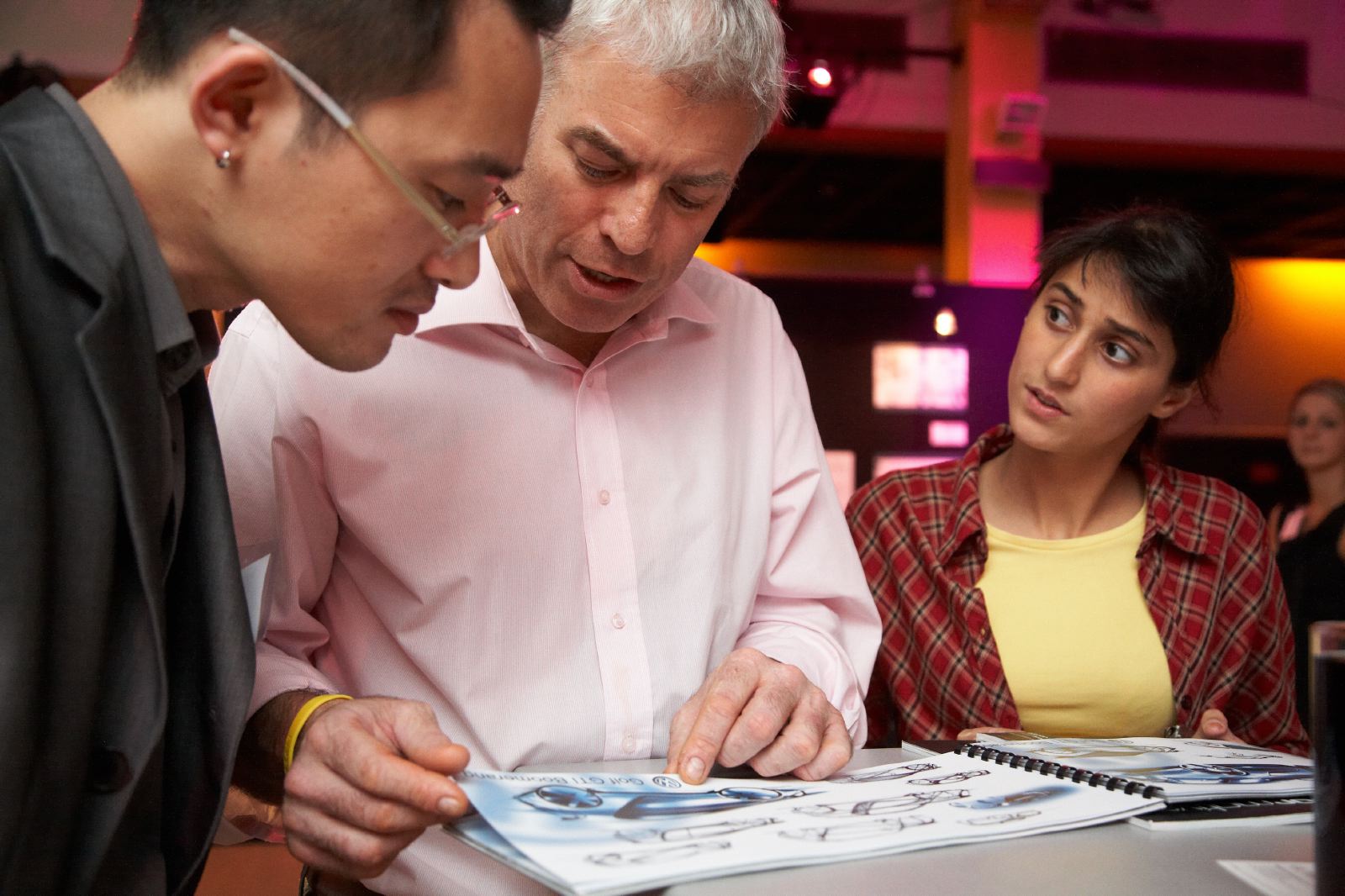 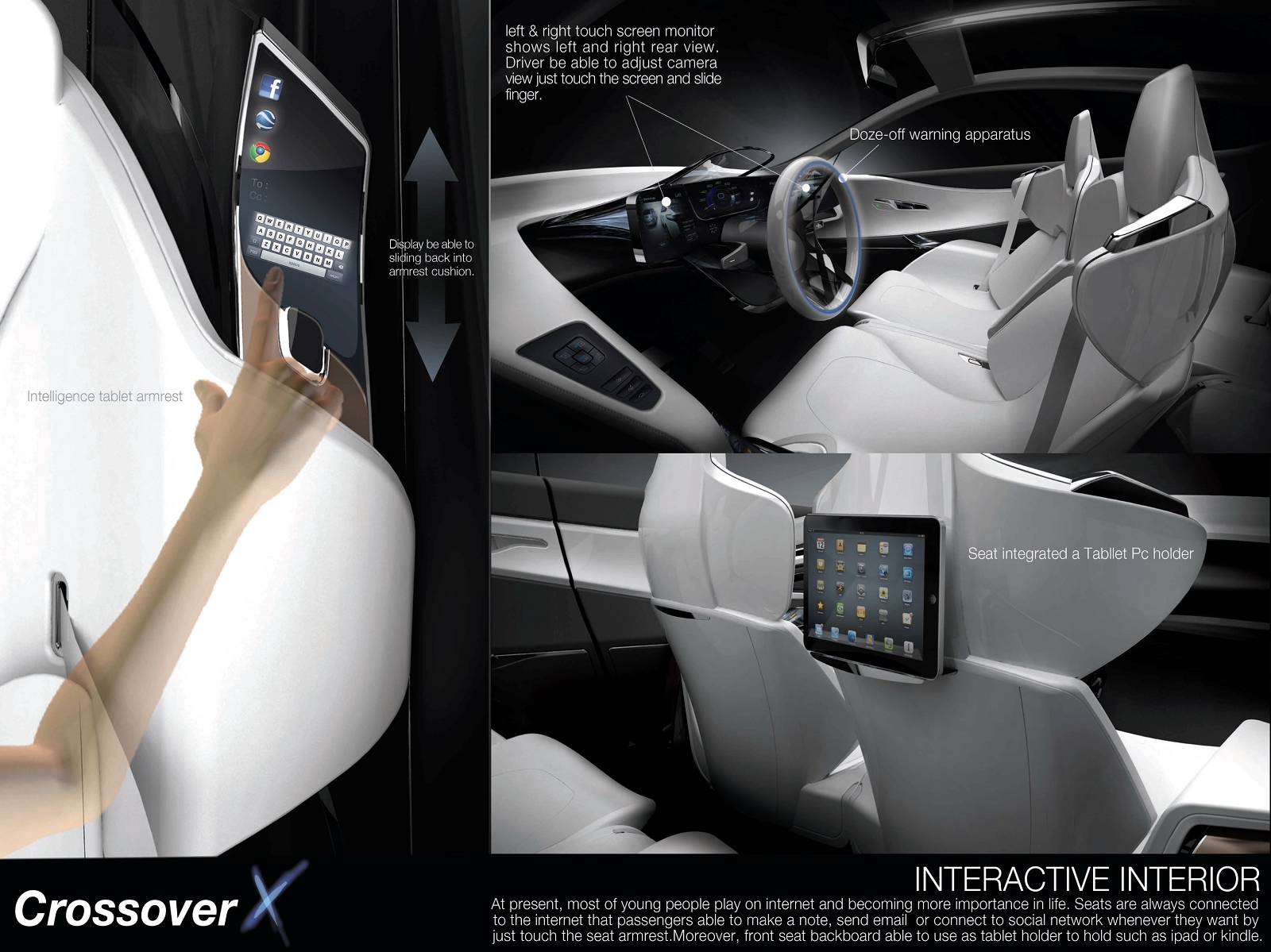 'Crossover X' was described as "Beautiful, believable and functional - a mature design that is still reaching conceptually," 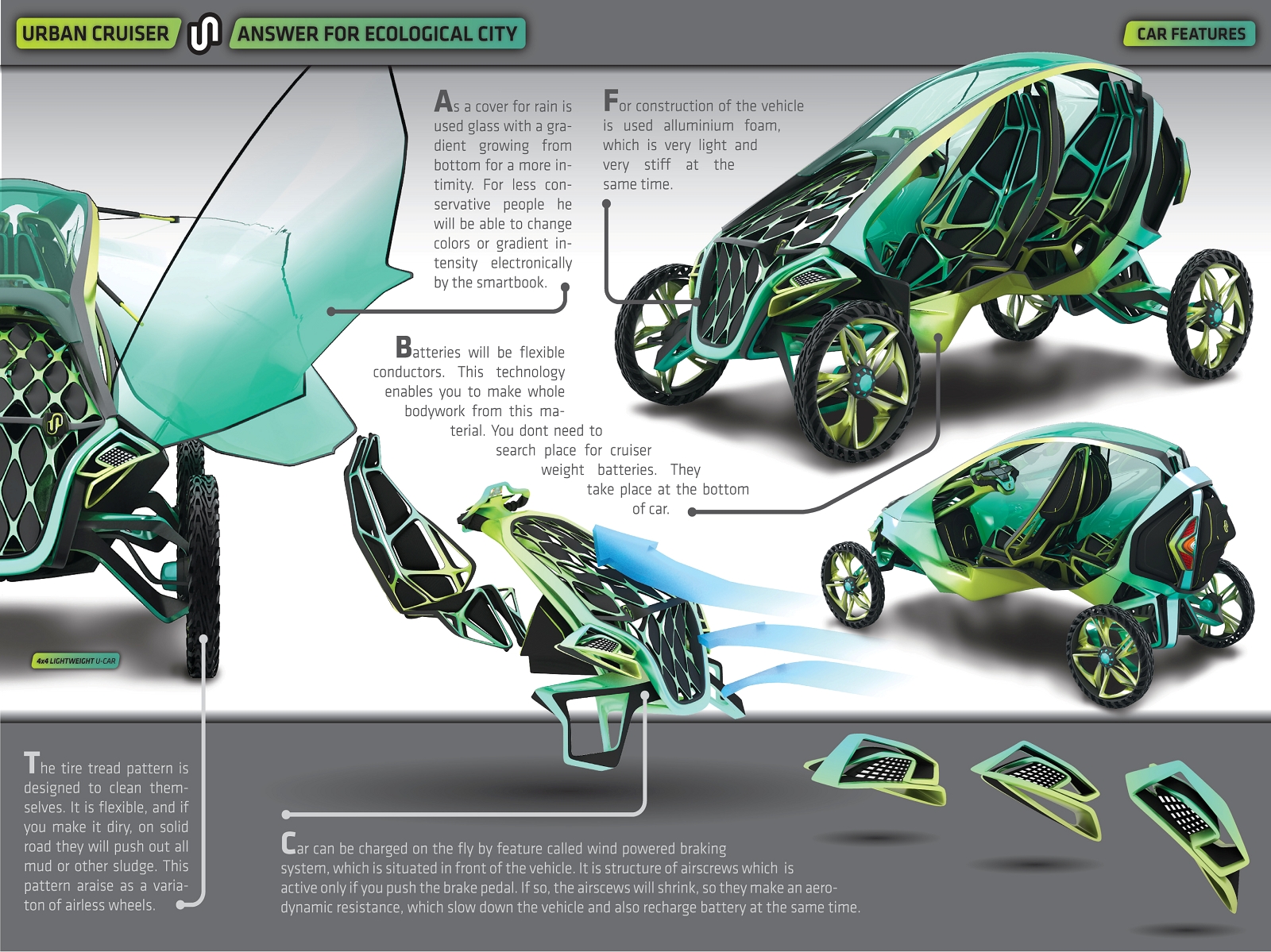 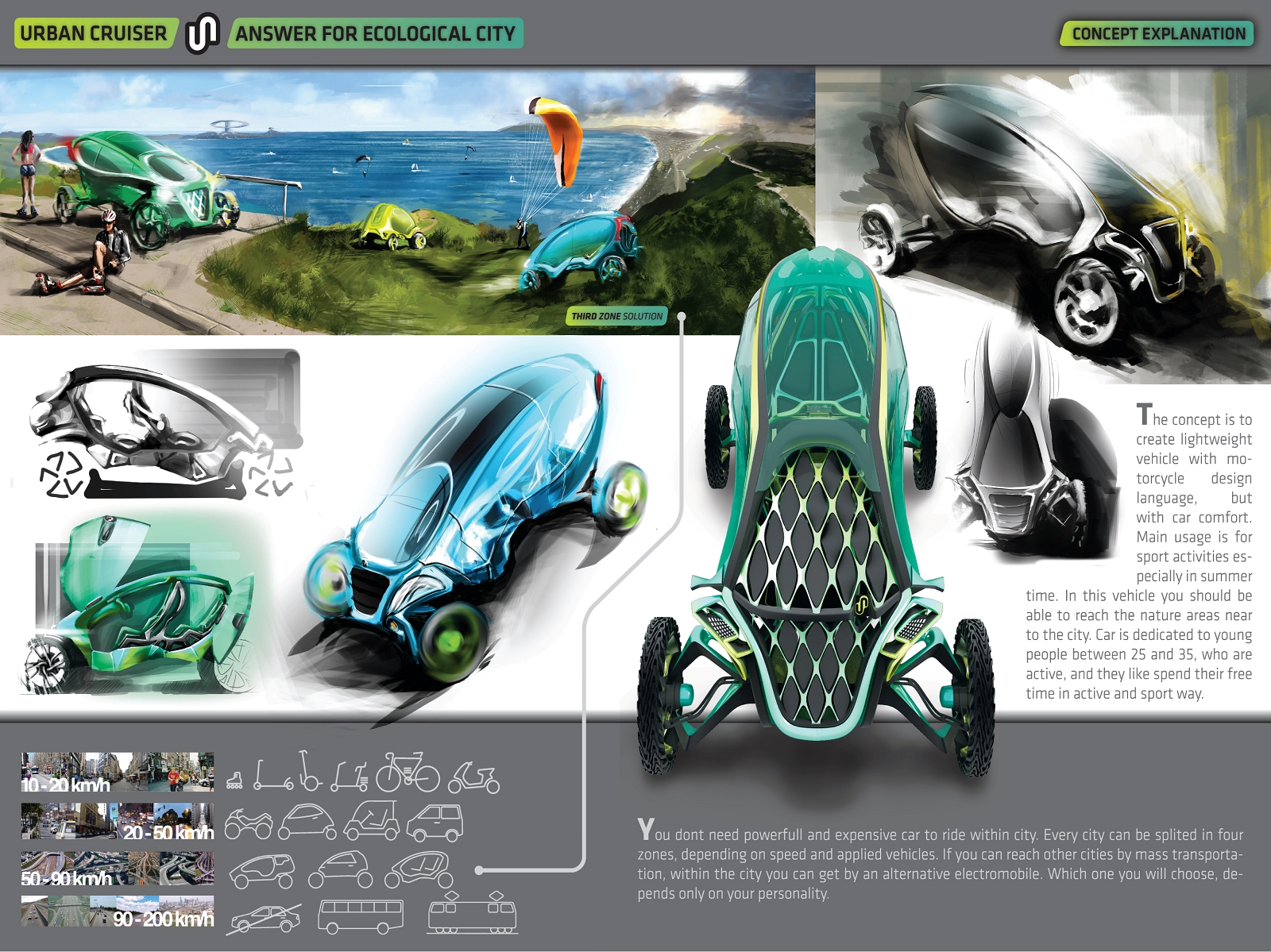 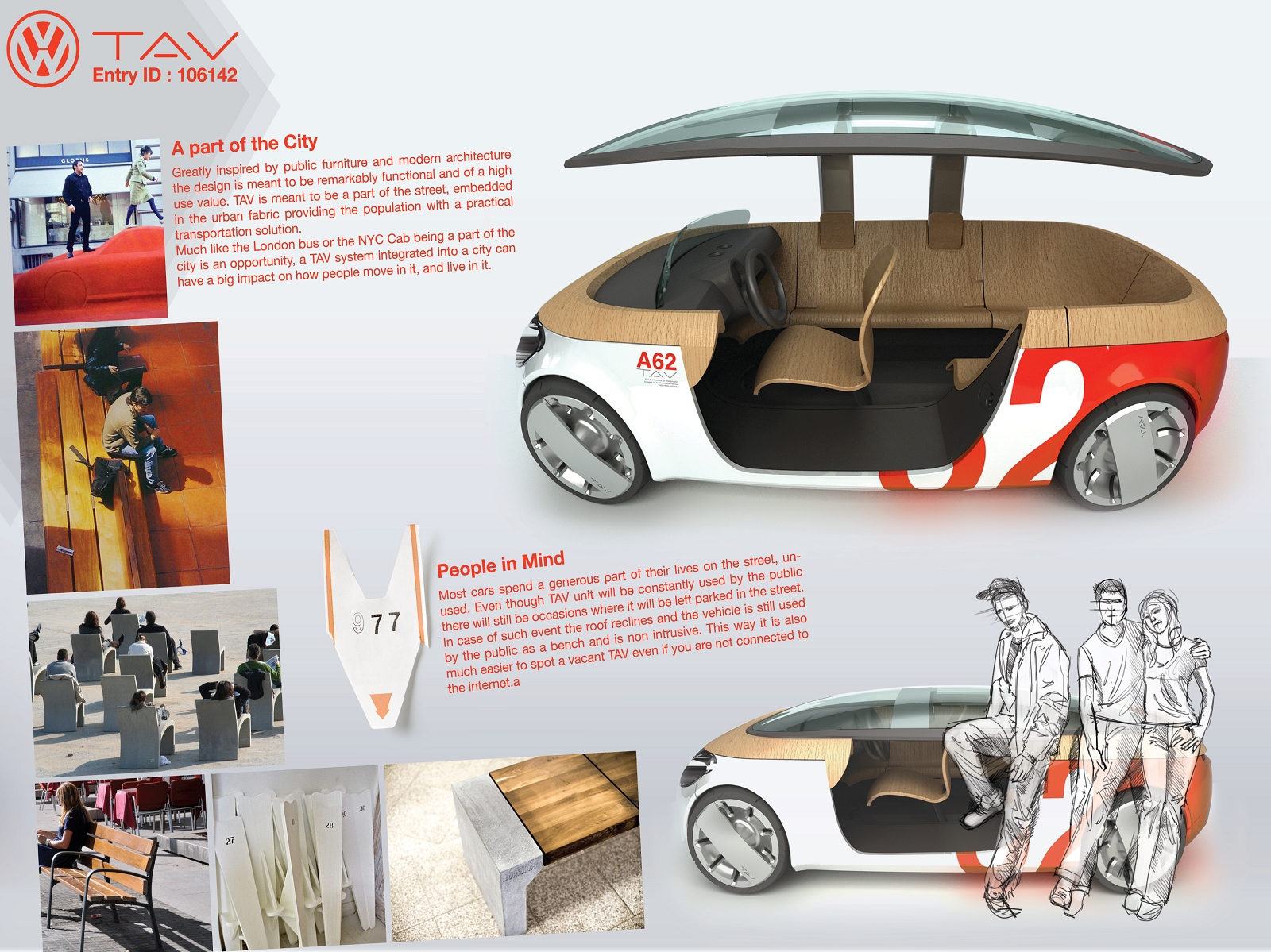 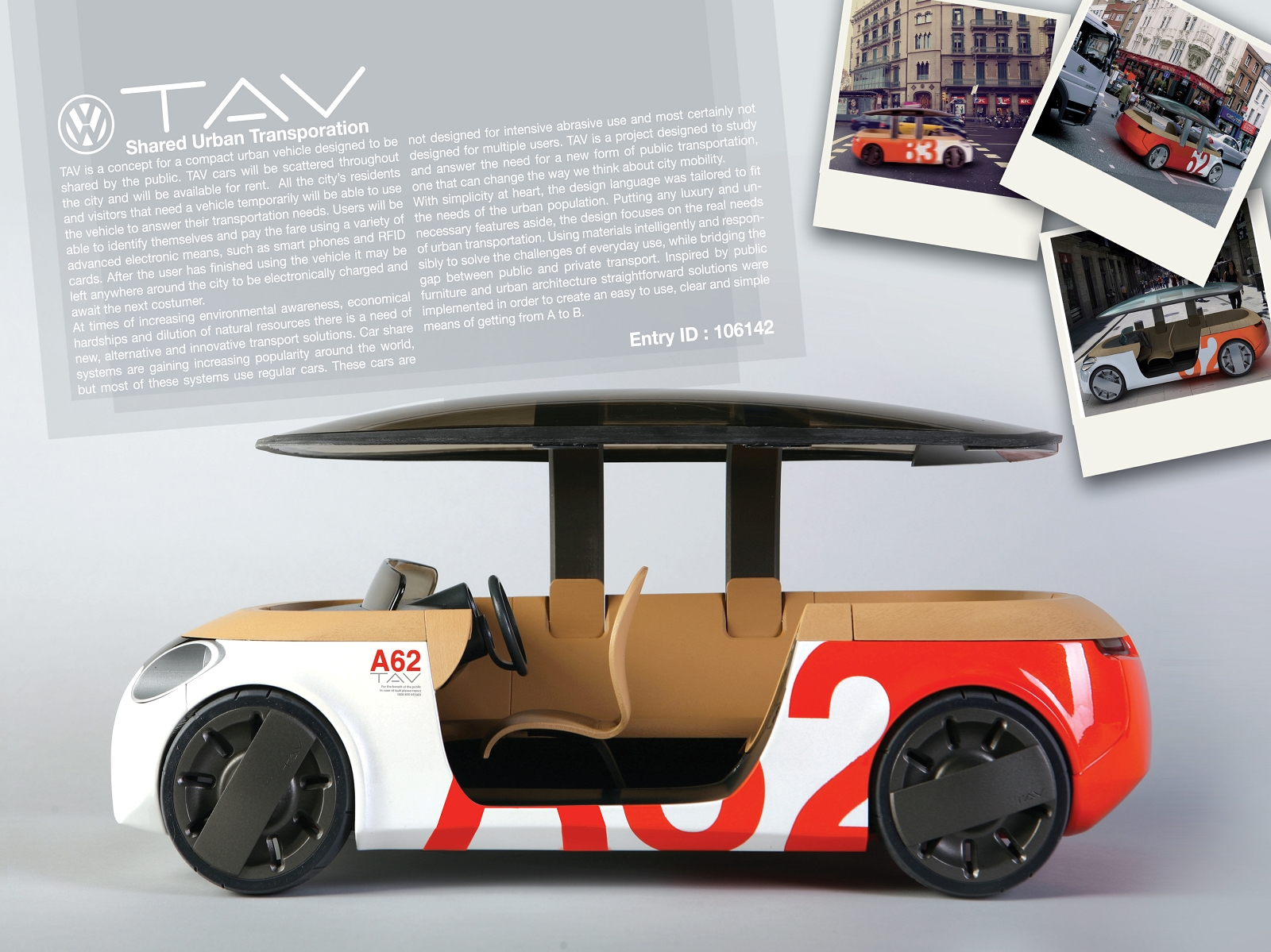 The theme of this year's competition is 'Back to Basics - Making Cars for People, Not Markets' and has been devised in collaboration with Volkswagen and Peugeot. To help inspire you in your design process, Interior Motives has got together with these two prestigious carmakers to create four challenging, thought-provoking briefs:

A Car for the Digital Age - design a vehicle interior that appeals to technologically aware 18-25 year-olds who consider the cars on sale today to be outmoded, unappealing relics of the 20th century.

Back to the Future - forget about safety legislation and cross-car beams; go back to the 1960s, when vehicle designers had true freedom, and create an interior with the mindset of 'anything is possible'.

A Pure Sports Car Interior - design a clean-sheet sports cars interior with true 'wow' factor, one whose drama lives up to the promise of the vehicle's exterior styling.

The title of overall 2011 Student Design of the Year, which carries prize money of $5000, will also be awarded during the ceremony on September 14 - the evening of the second Frankfurt motor show press day - at Frankfurt's renowned Cocoon Club. There, shortlisted students and finalists will have the chance to show off their work and mingle with the world's most influential vehicle designers and automotive press.

Previous winners include 2008 Student Designer of the Year, Pierre Sabas, who secured a role at Jaguar following his success in the competition; and Julien Cueff, who was snapped up by sponsor Peugeot after his victory in the 2007 awards. The student entries will be assessed by a judging panel that comprises some of the biggest names in vehicle design. Some of the invited judges include Ford of America's Moray Callum, Eric Clough of Cadillac, Volkswagen's Romulus Rost and Wolfgang Müller-Pietralla, Andreas Stump of Citroën, Peugeot's Amko Leenarts, Klaus Busse of Chrysler, McLaren's Frank Stephenson, Peter Horbury of Volvo, Bentley's Robin Page and Mike Warsaw of JCI.

Many of these judges and the other senior designers that attend the event make no secret of the fact that they consider the Interior Motives Design Awards to be the premier opportunity to identify and make contact with potential employees. If you're successful in this year's competition, one of them could be you. Co-sponsors Peugeot and Volkswagen will also be awarding work placements at their studios in Paris and Wolfsburg to the students behind this year's most impressive entries.

Full details of the competition and the briefs, including a downloadable student manual, can be obtained at www.interiormotivesawards.com. The competition is open to anyone enrolled at any accredited undergraduate or graduate design degree programme, both in the automotive and non-automotive fields; those studying fashion design, industrial design, architecture and other areas are also eligible. Entries must have been designed during the current 2010/2011 academic year, and be submitted by midnight on 2 May 2011.

The 2011 Interior Motives Student Design Awards is sponsored by Dinamica, by Miko.

We wish each and every one of you the very best of luck, and look forward to seeing some of you at the Cocoon Club in Frankfurt on 14 September.