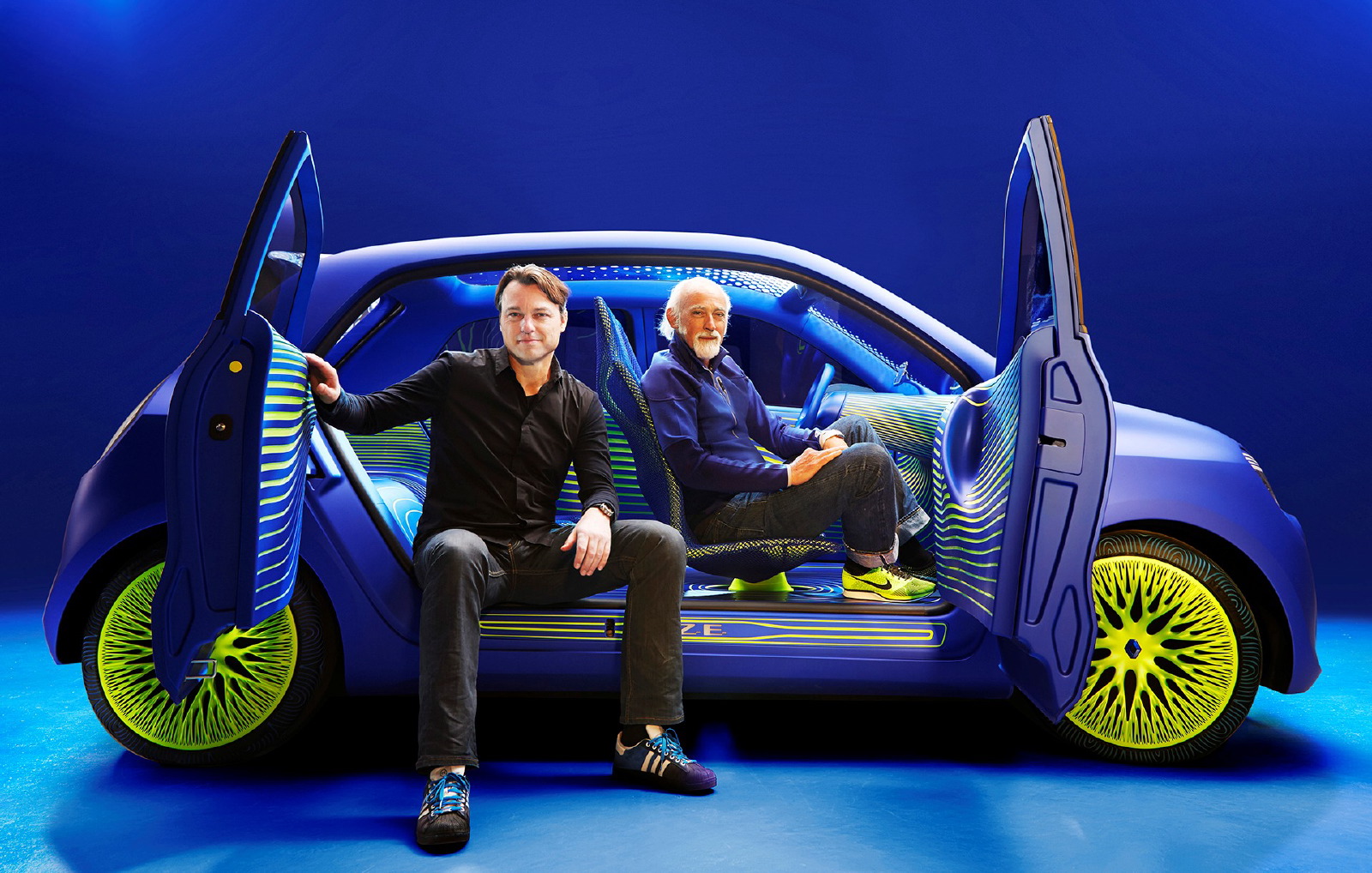 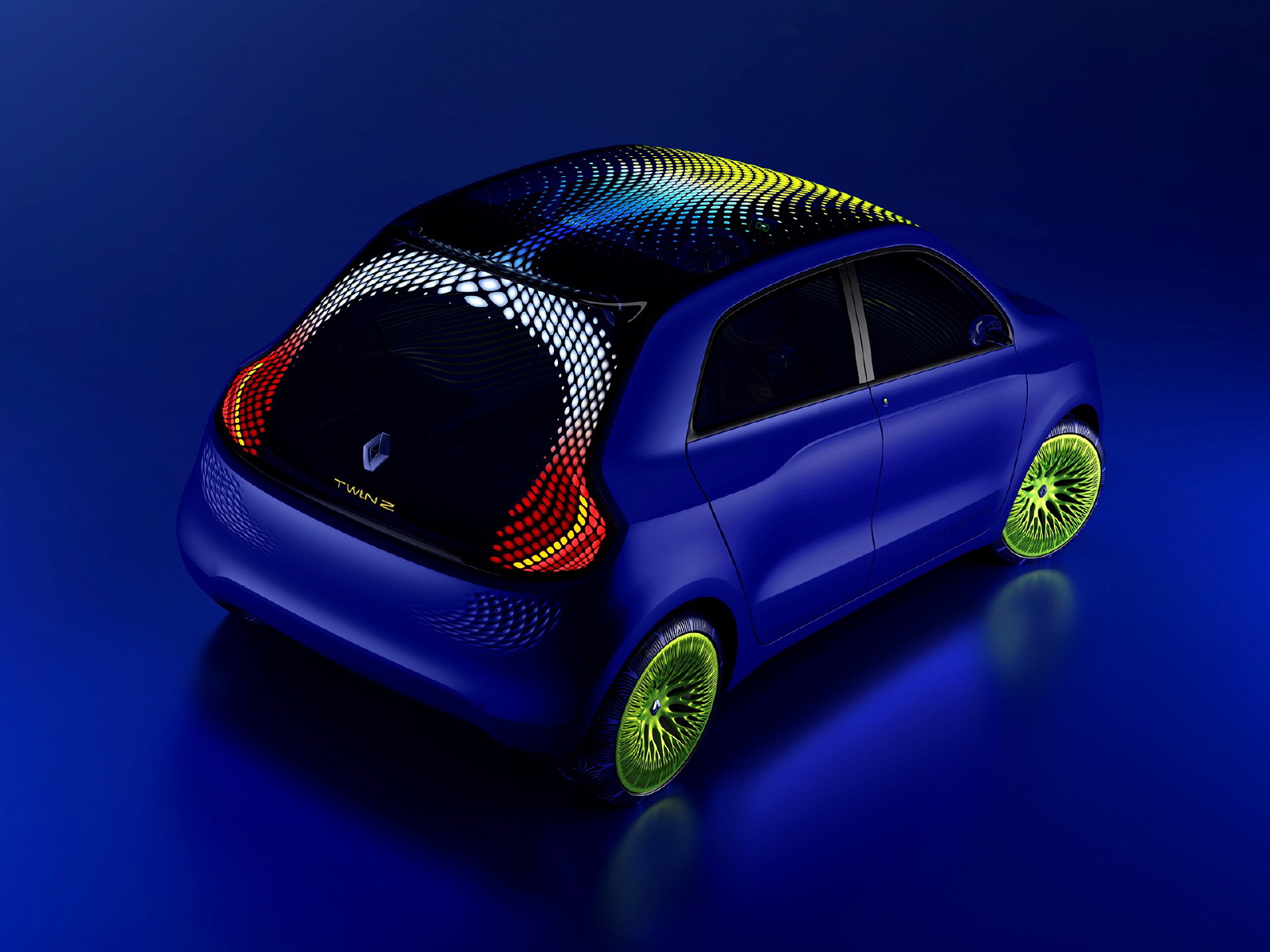 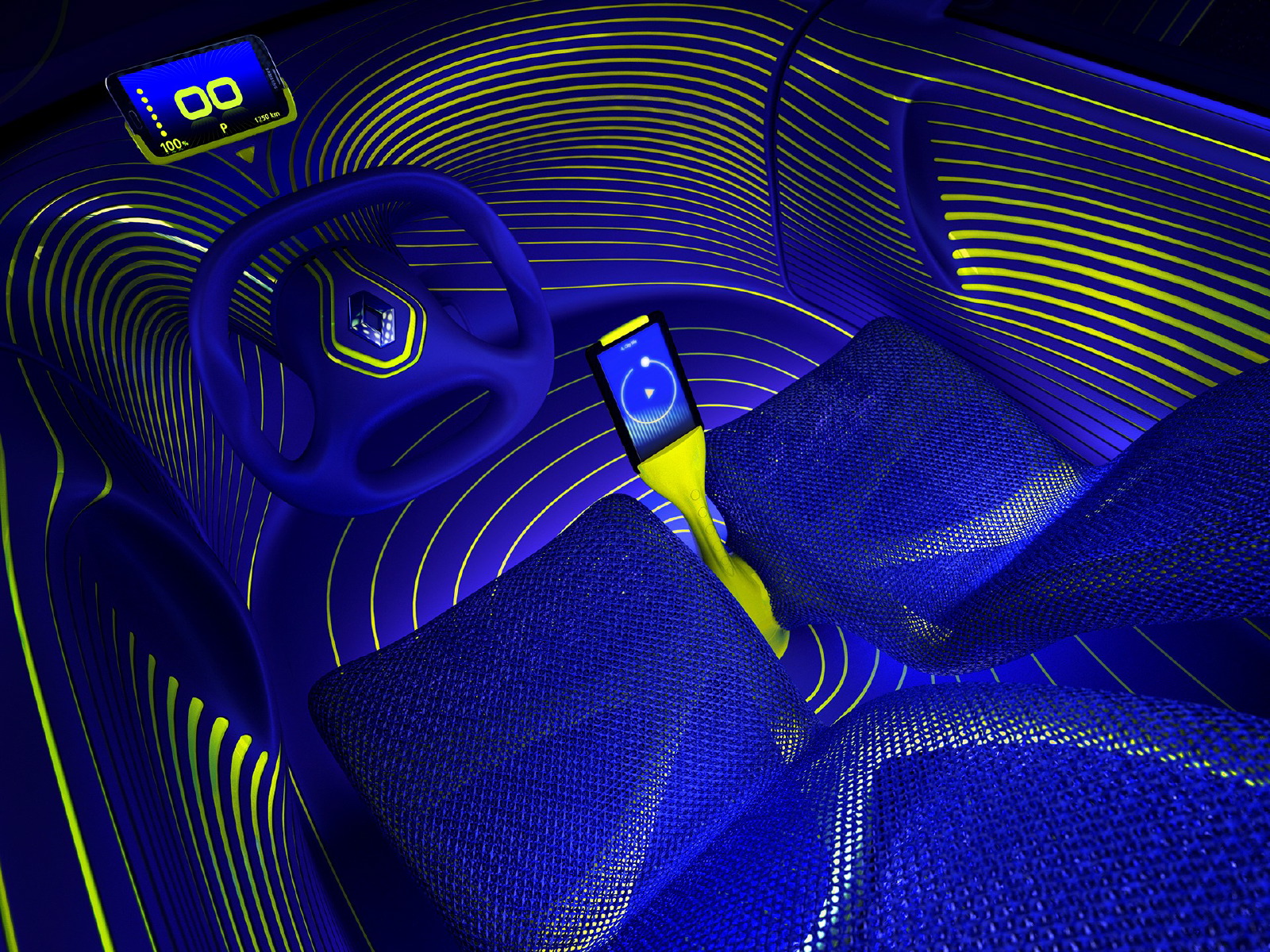 The Renault Twin'Z concept is a collaborative project with British designer Ross Lovegrove, filling the fifth stage in Laurens van den Acker's 'lifecycle' – Play. It's currently on display at the Milan Salone.

Essentially previewing the all-new, rear-engined Twingo co-developed with Daimler, the Twin'Z takes this relatively humble city car and, thanks to the input of Lovegrove, it appears to have taken on an organic nature, which shouldn't be unexpected to those familiar with his work.

"Ross turns things inside out, upside down, challenges and inspires," says Laurens van den Acker, Renault's senior VP of design. "He makes a hard car soft, a small car spacious, creates simplicity despite complexity, and turns a lifeless object into something that is alive."

Its exterior is lavished with myriad lighting elements from its now-familiar Renault grille, over the roof and down the tailgate, picked up by a series of rippled indentations in the rear bumper. Its wheels are also worthy of note for their plant-like spokes that spill over into the bespoke Michelin tires.

But it's inside that the design team's imagination has been set free, thanks partly to the empty box created by its rear-engined layout.

The usual boundaries between occupants have been removed, as has the majority of the conventional IP architecture, replaced by minimal displays developed by Samsung. As a result the seats – formed of 3D printed, breathable, flexible material – appear to grow from the floor, while the steering column similarly sprouts from the firewall, the vivid lime highlighting emanating from its root.

We'll be in Milan to speak to the team behind the project, but in the meantime Renault has provided this very useful list of the key designers involved in the project: