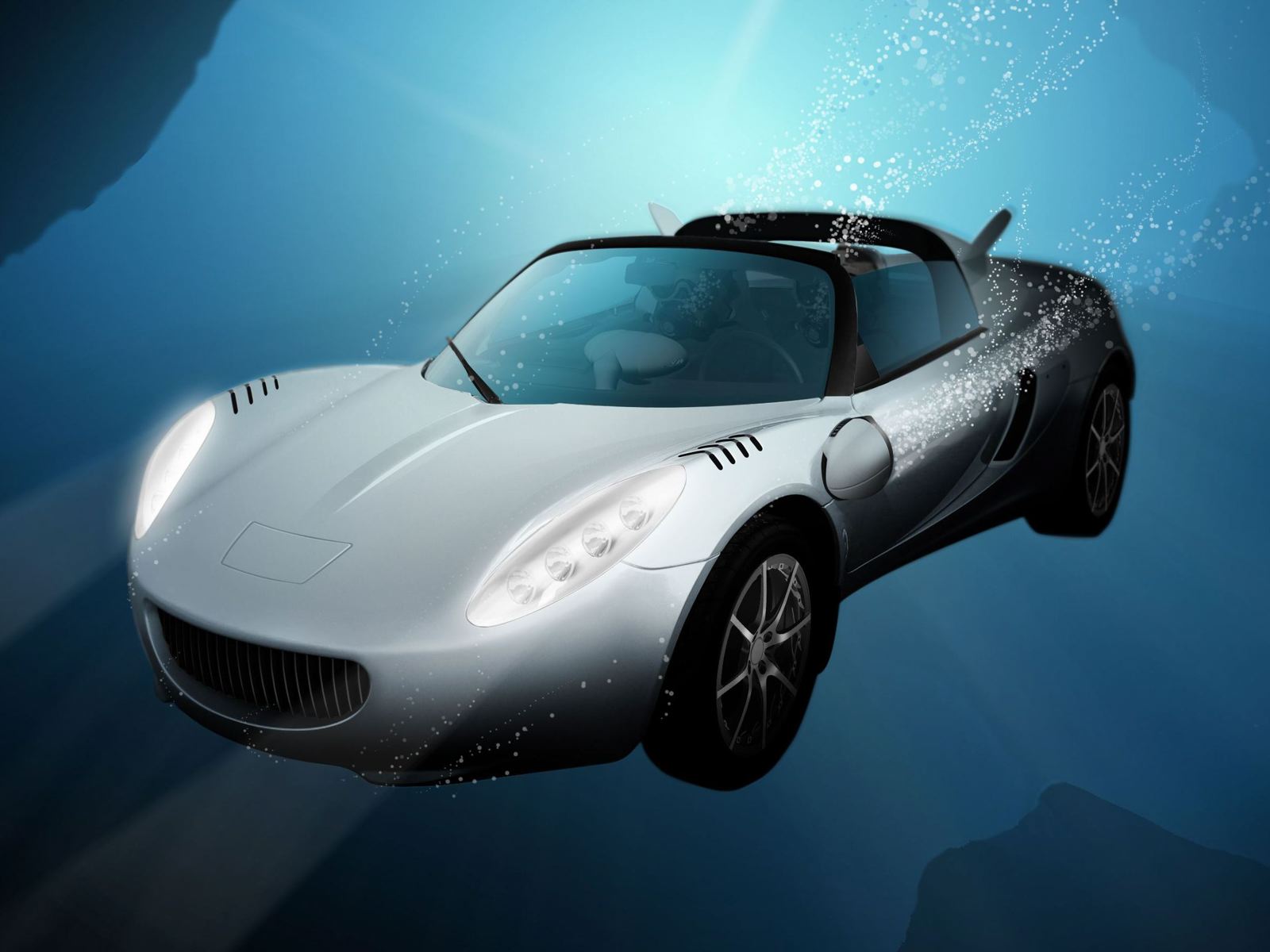 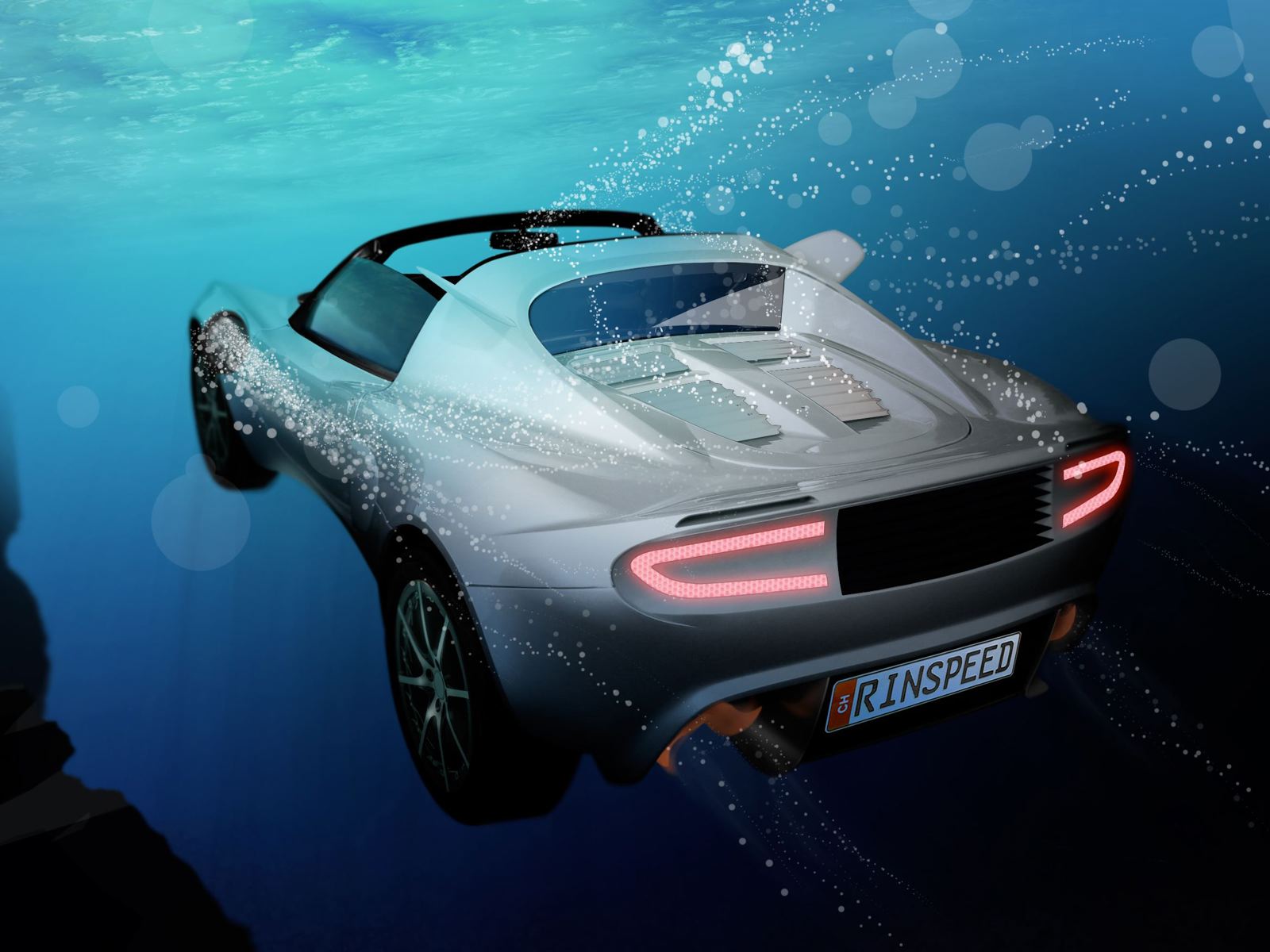 Those wacky Swiss concept car makers at Rinspeed are at it again, this time with a creation called the 'sQuba' - the world's first real diving car. Scheduled to be unveiled at the Geneva Auto Show in March, the car 'looks almost like it just came out of a James Bond movie', according to the press release.

Though the fact that it can (allegedly) travel up to 10 meters under water, the concept itself is not cutting edge design in aesthetic terms. Instead it looks like a modified version of Lotus's Elise, or the Tesla all-electric sports coupe, albeit with some gills on the front fenders and shark fins around the B-pillar thrown in for good measure. The light weight body is made of futuristic Carbon Nano Tube components which enclose the driver and passenger and supplies them with fresh breathing air through a self-contained on-board system. Still, it makes you wonder what an under water-going vessel is doing with a targa top.

While on dry land, the vehicle propels itself autonomously at a push of a button (thus without a driver, passenger or further assistance) and features an electric motor driving the rear wheels. In the water, two propellers in the stern and two jet drives in the bow propel the vehicle while diving.

For Rinspeed boss Frank M. Rinderknecht the sQuba symbolizes the realization of a long-cherished dream and of movie fictions - the most noted out of the James Bond film The Spy Who Loved Me. We'll let you know our thoughts once we see the concept in the flesh.