Eyes on Design 2001 - A weekend of classic design

Eyes on Design started fourteen years ago with a Sunday car show at the Grosse Pointe Academy on Lake St. Clair on the East side of Detroit. It was always intended to be a global event, just as design is a global profession.

The next year, Edsel Ford ll came by with his children and declared that the event should be at the Edsel & Eleanor Ford House, the home of his grandfather. It has been there ever since, evolving and developing, changing and being presented to the public by a team of almost 600 volunteers. All for the benefit of the blind and the visually impaired, sponsored by the Detroit Institute of Ophthalmology. It is the only show of its kind in the world.

The show has developed into the Eyes Weekend, a series of events around metropolitan Detroit, that has become the summer focal point for the design community, most of whom work in the automotive design profession.

The event actually started on June 4, with a press event at the Automotive Hall of Fame, J Mays was the press conference Host, and the Design Chairman for 2001. On this day, at the AHF an exhibit was opened, featuring Victor Schreckengost and Giorgetto Giugiaro, with works present from both men.

The weekend officially started on the night of Friday June 15 with an informal reception. 'Eve of the Eyes' is the inaugural weekend event, this year at the Lear Corporation, which provided great music and food, as well as a tour of their facility. Some sensational cars representing the past, present and future of design were also present. Victor received the Design Educator Award, there was a great crowd, including many of Victors students.

On Saturday evening, a black tie event, 'Vision Honored' was presented at the Detroit Opera House by Dupont. Here, Giorgetto Giurgiaro received the 'Eyes on Design Lifetime Achievement Award'. It was a great night, the party being held on the stage of the Opera House. A film was presented that highlighted the career of Giugiaro, more great food and dancing. Dupont, as always, was a wonderful host, and the Medusa, one of Giugiaro's most significant works, was displayed in the middle of the stage.

While all of this was going on the volunteers were getting the Ford house grounds ready for the Automotive Design Exhibition that officially starts at 10am, Sunday morning. A huge tent, between the Ford House and Lake Saint Clair, sponsored for the second year by ArvinMeritor, featured the Private Eyes Brunch, for guests from around the world. Cars started arriving about 5am, over 240 were displayed and all were judged by a team of design professionals, for design excellence.

Thirty-four Eyes on Design Crystal Awards were given to 17 classes, and a special feature this year was The Salon Experience, representing the work done by designers in the 1920s and 30s as they designed special coach built bodies.

The weather was perfect, with a light breeze off the lake as 11 individual Crystal Design Awards were presented to the designers who created the 'Eyes on Design / Detroit' winners at the North American International Auto Show this year. The event in January 2002 will again be at The Automotive Hall of fame and will be sponsored by Automotive Industries Magazine and others.

It was a great weekend for Eyes on Design, congratulations to those who did all the work, the car owners and the sponsors and also to those who attended and had a great design experience, past present and future. 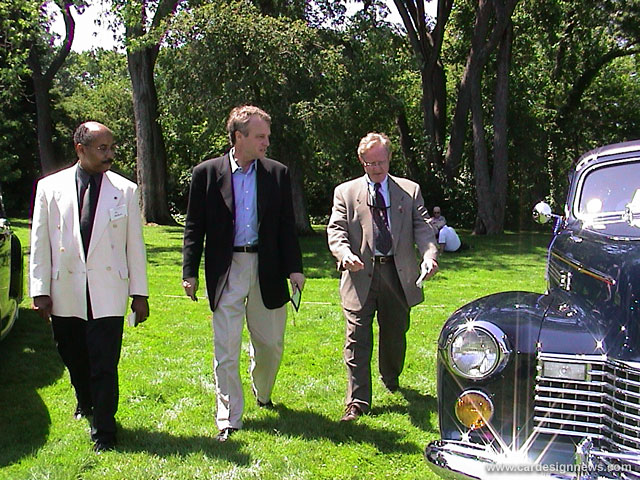 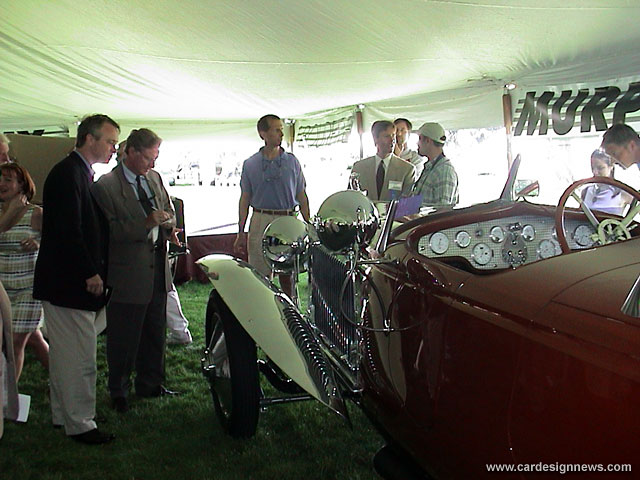 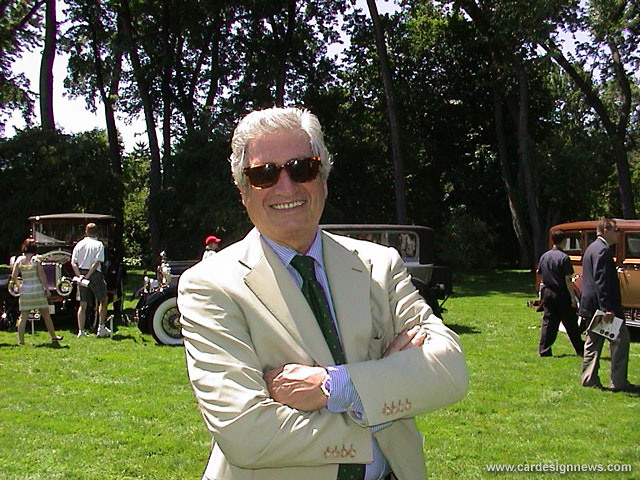 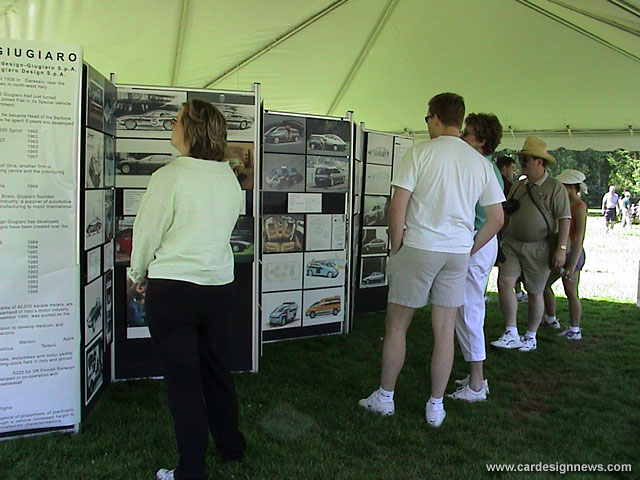 Display showing a history of Giugiaro/ItalDesign 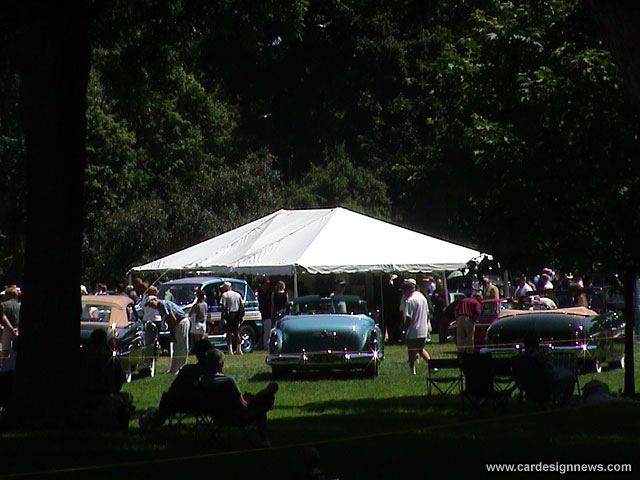 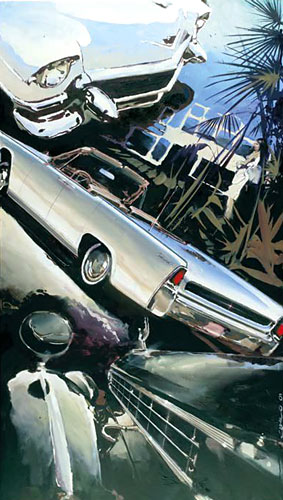