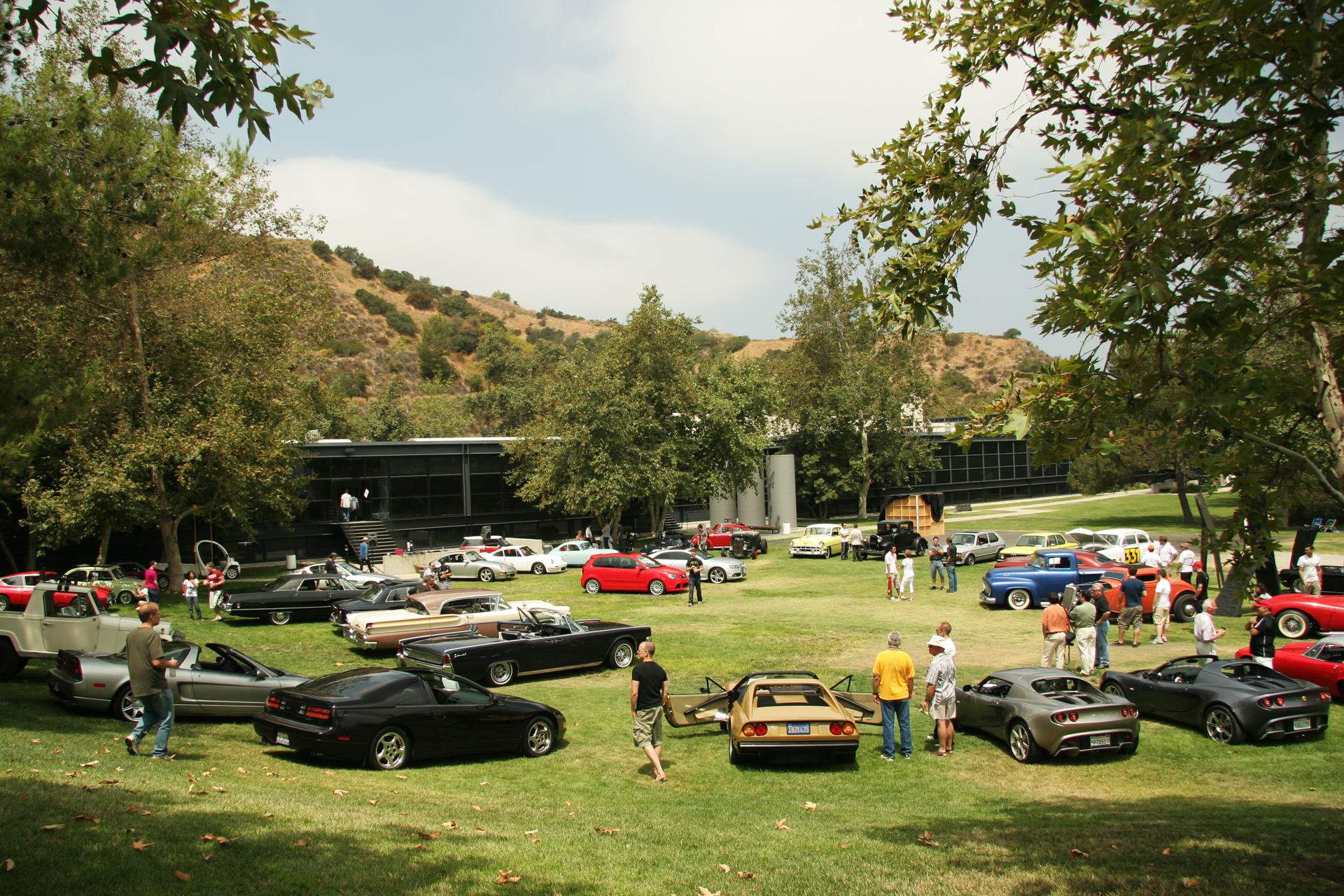 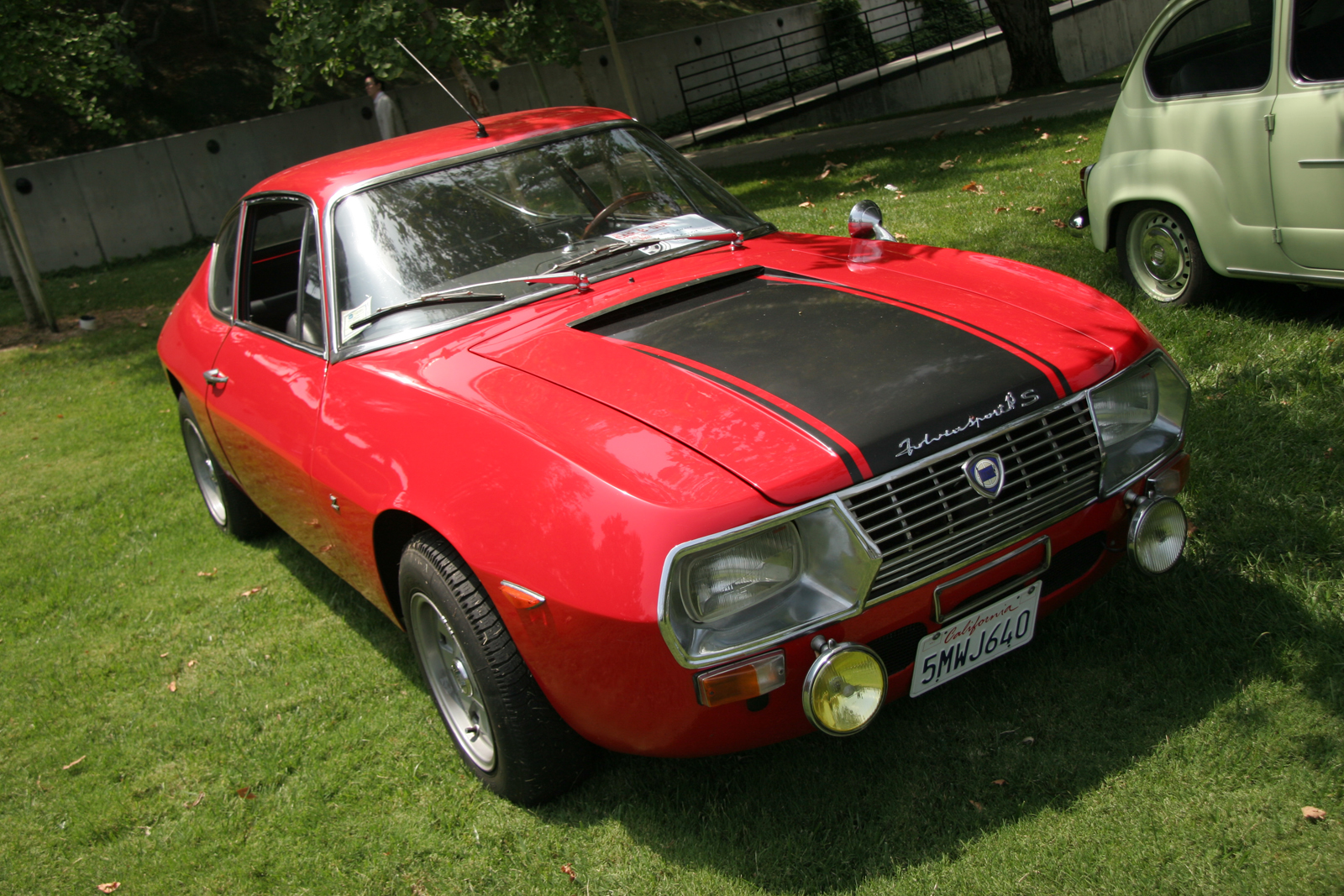 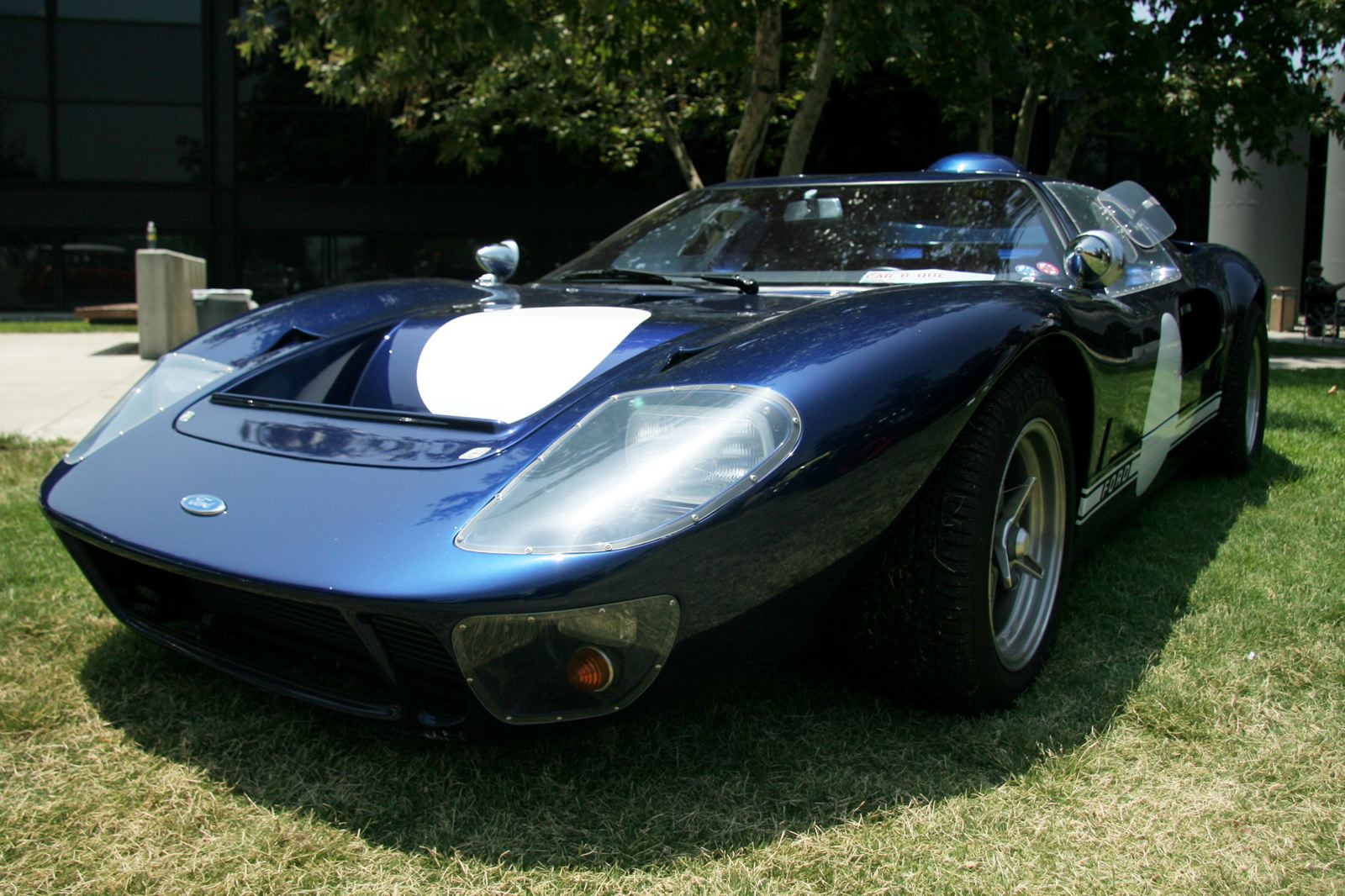 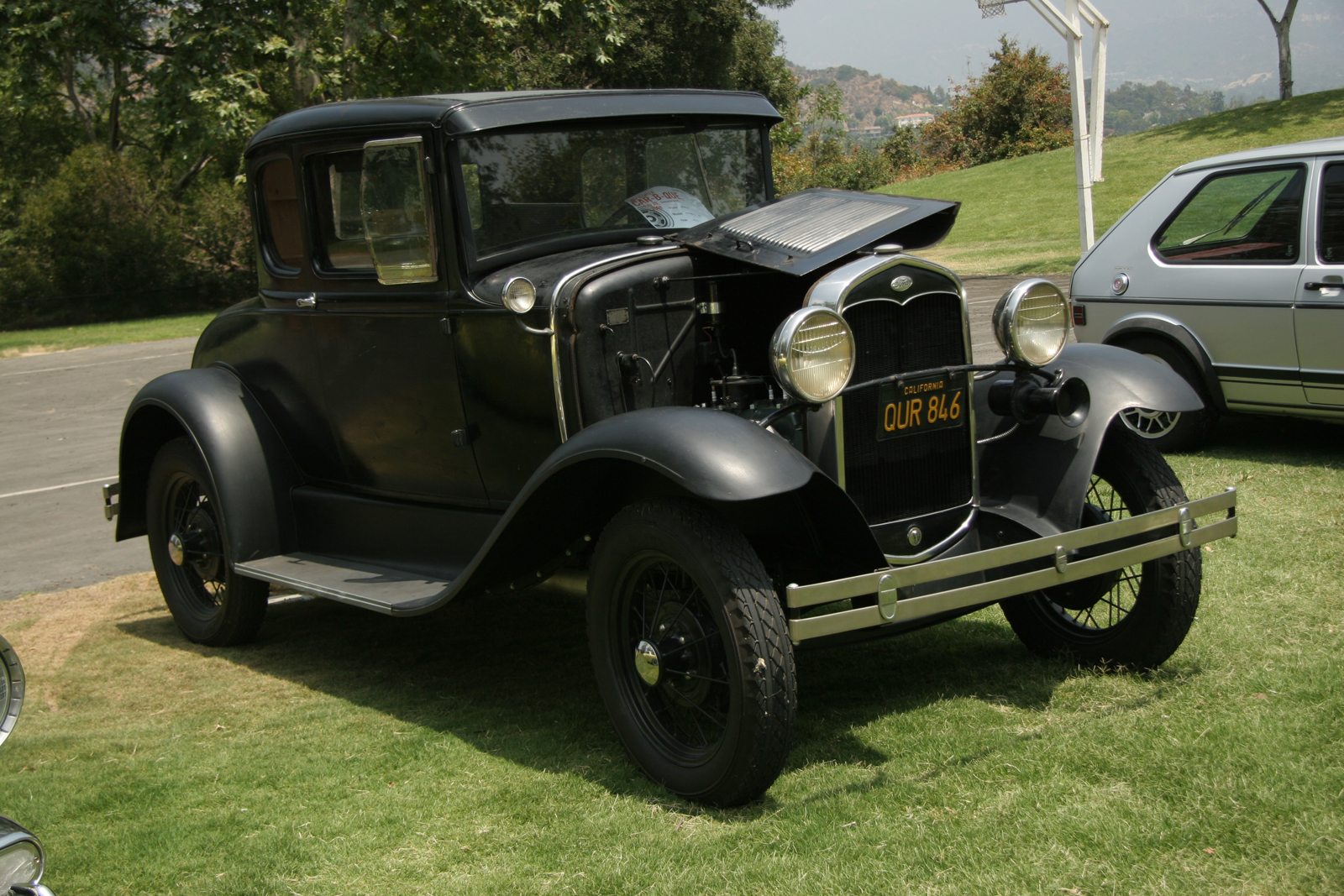 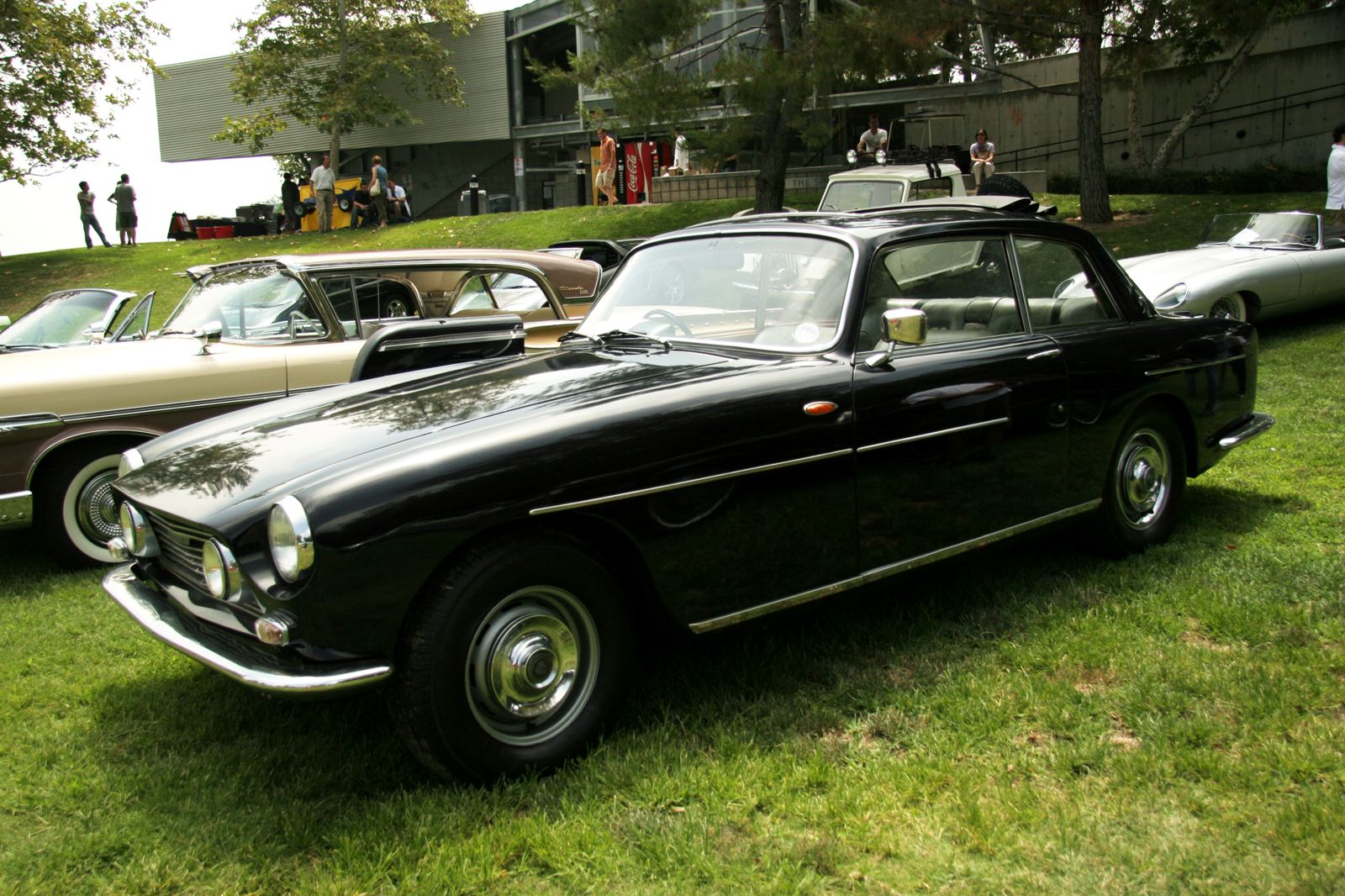 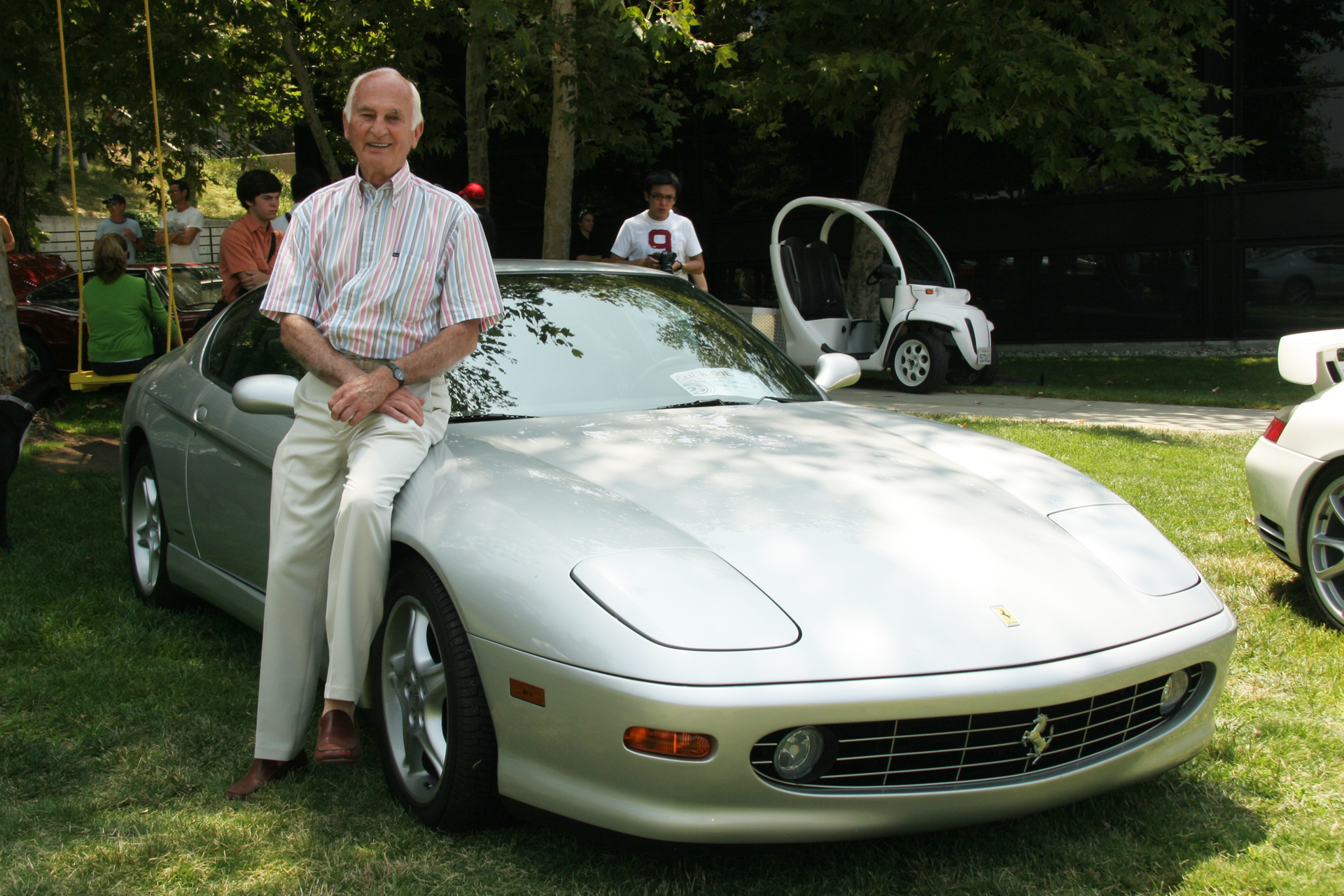 Chuck Jordan poses with his Ferrari 456 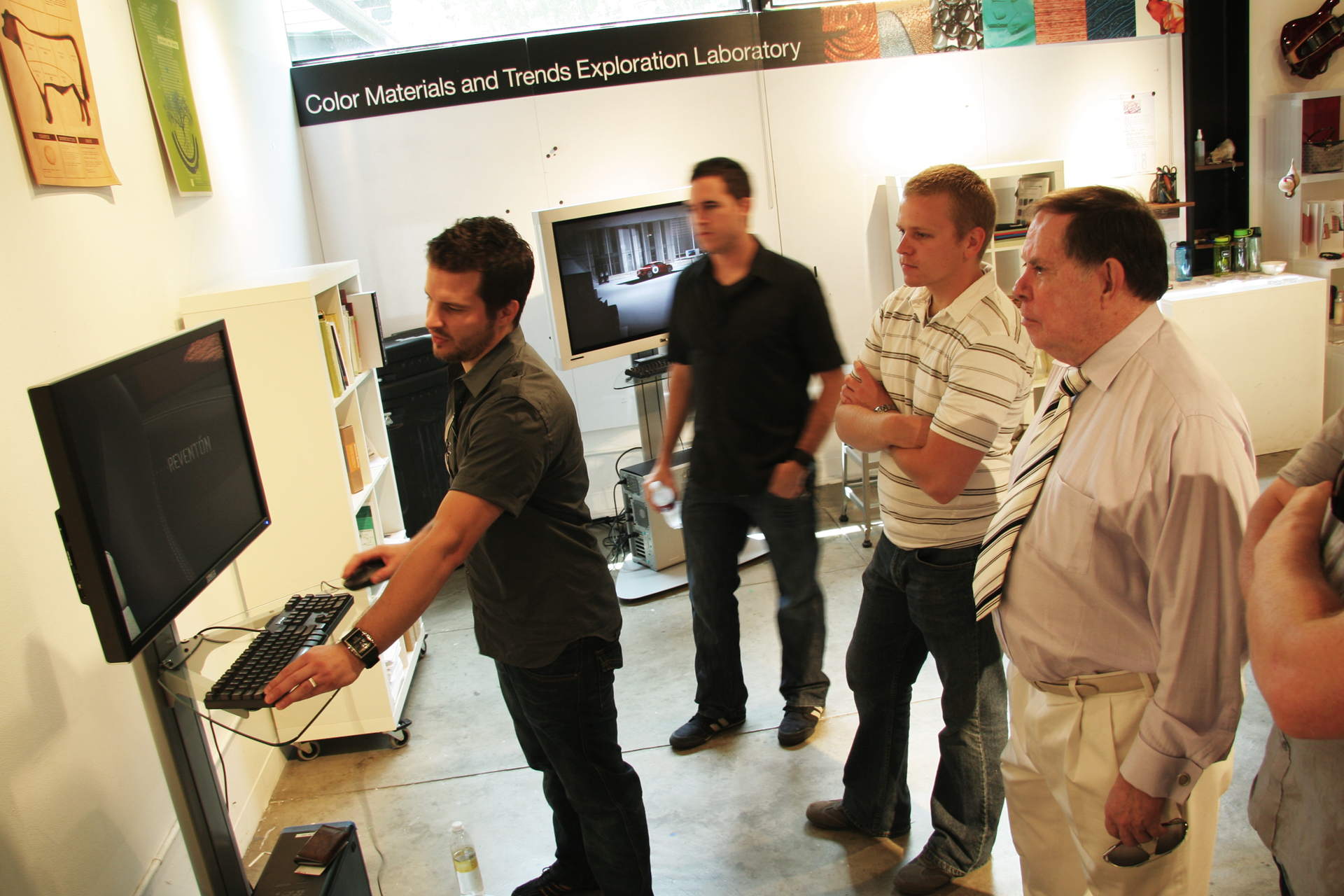 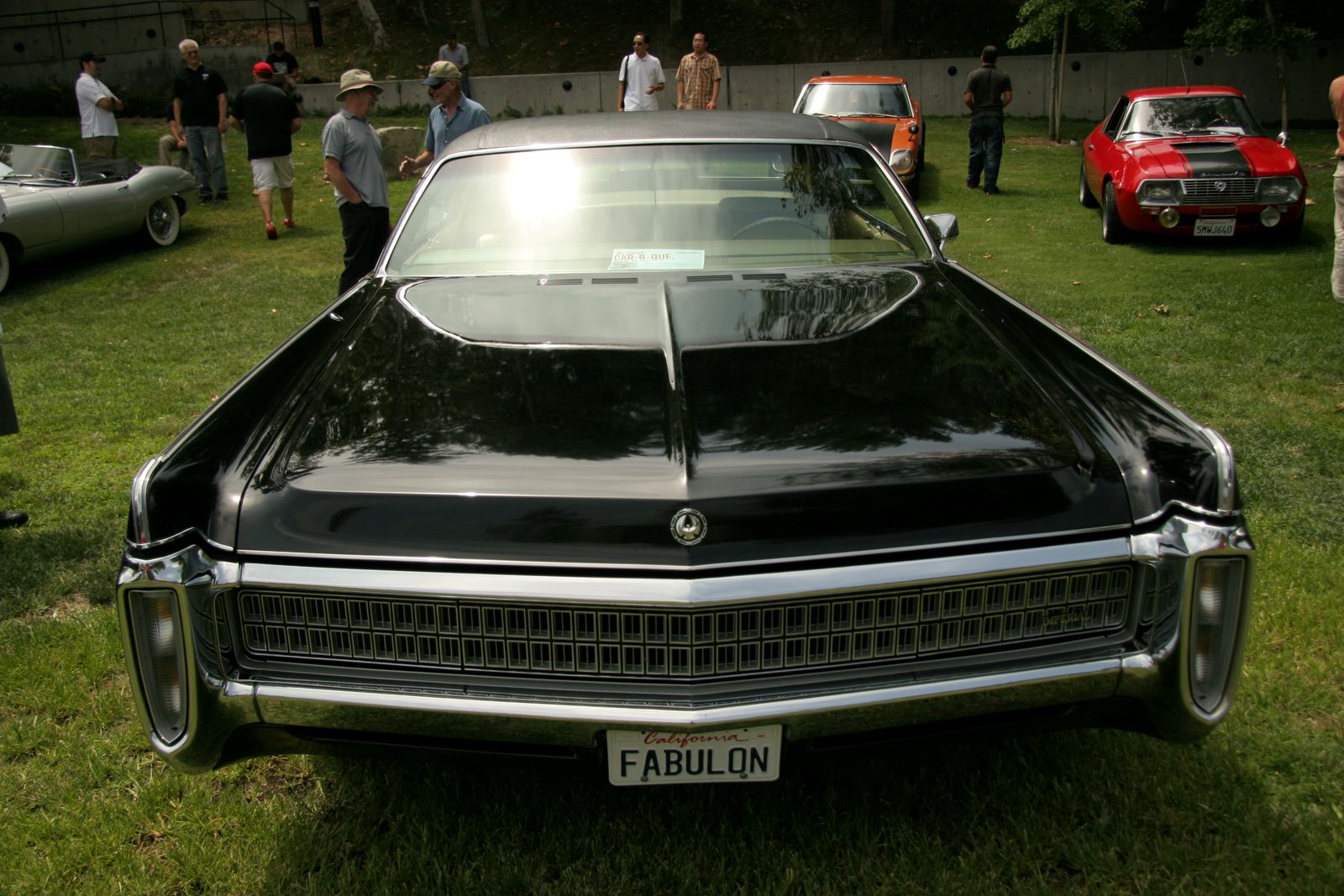 Art Center's Transportation Design department is in the midst of celebrating its 60th anniversary. To commemorate the special occasion the department decided, instead of the large scale production "Car Classic" from years past, to hold an informal gathering of students, alumni, staff, faculty, and their cars. The event, sponsored by the Office of Student Life, Art Center Student Government and by Pasadena based RTT USA Inc took place on Sunday July 20, 2008. 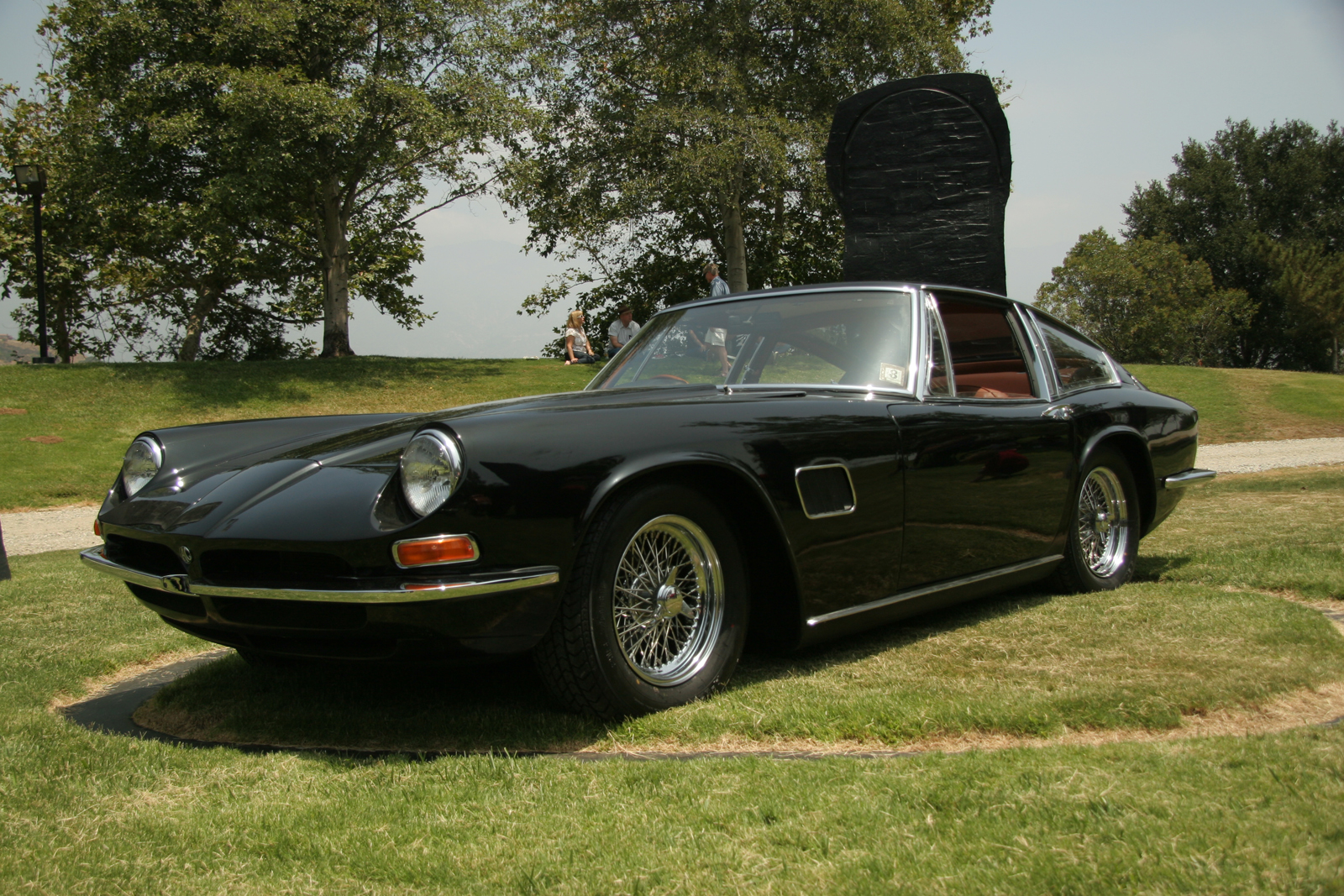 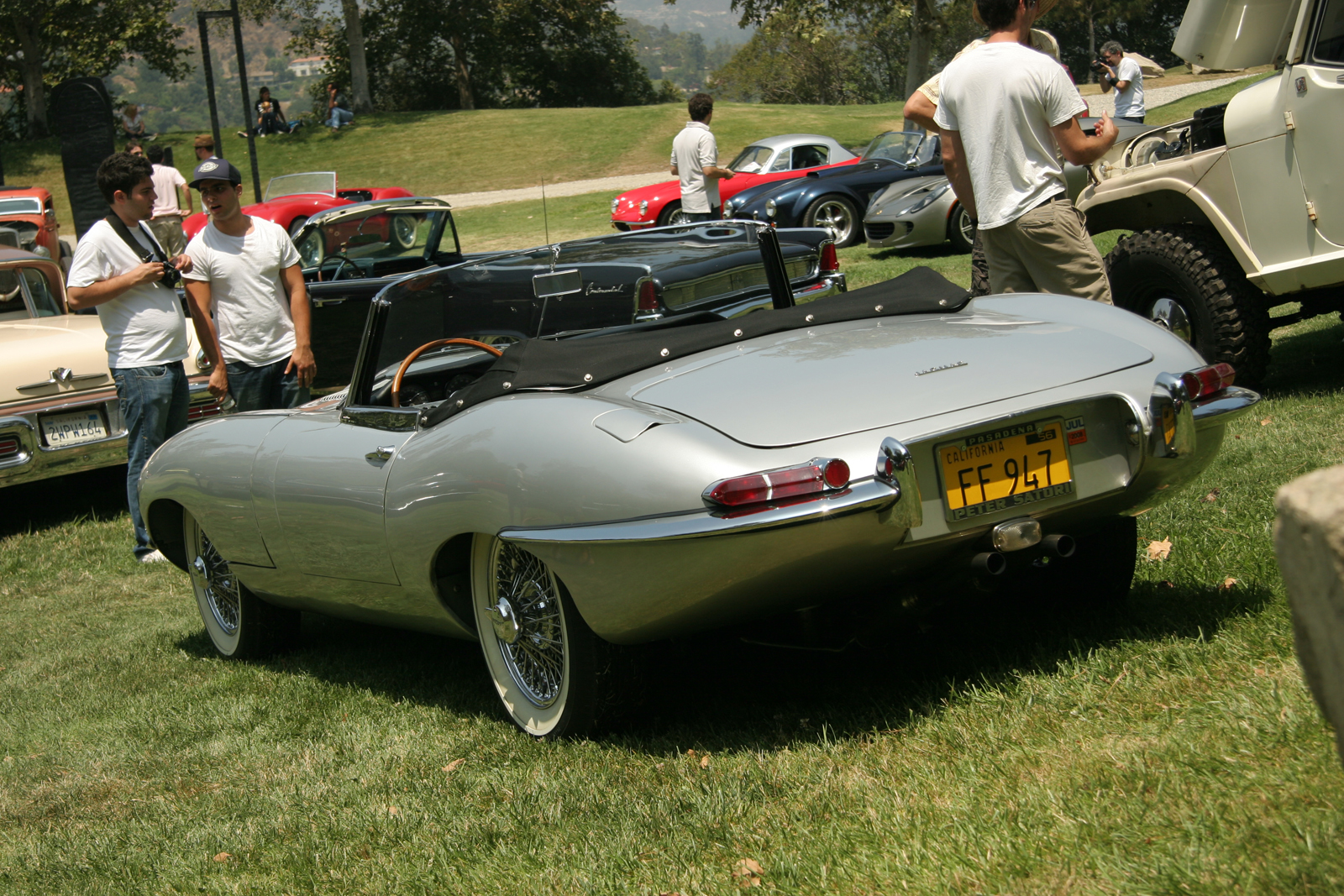 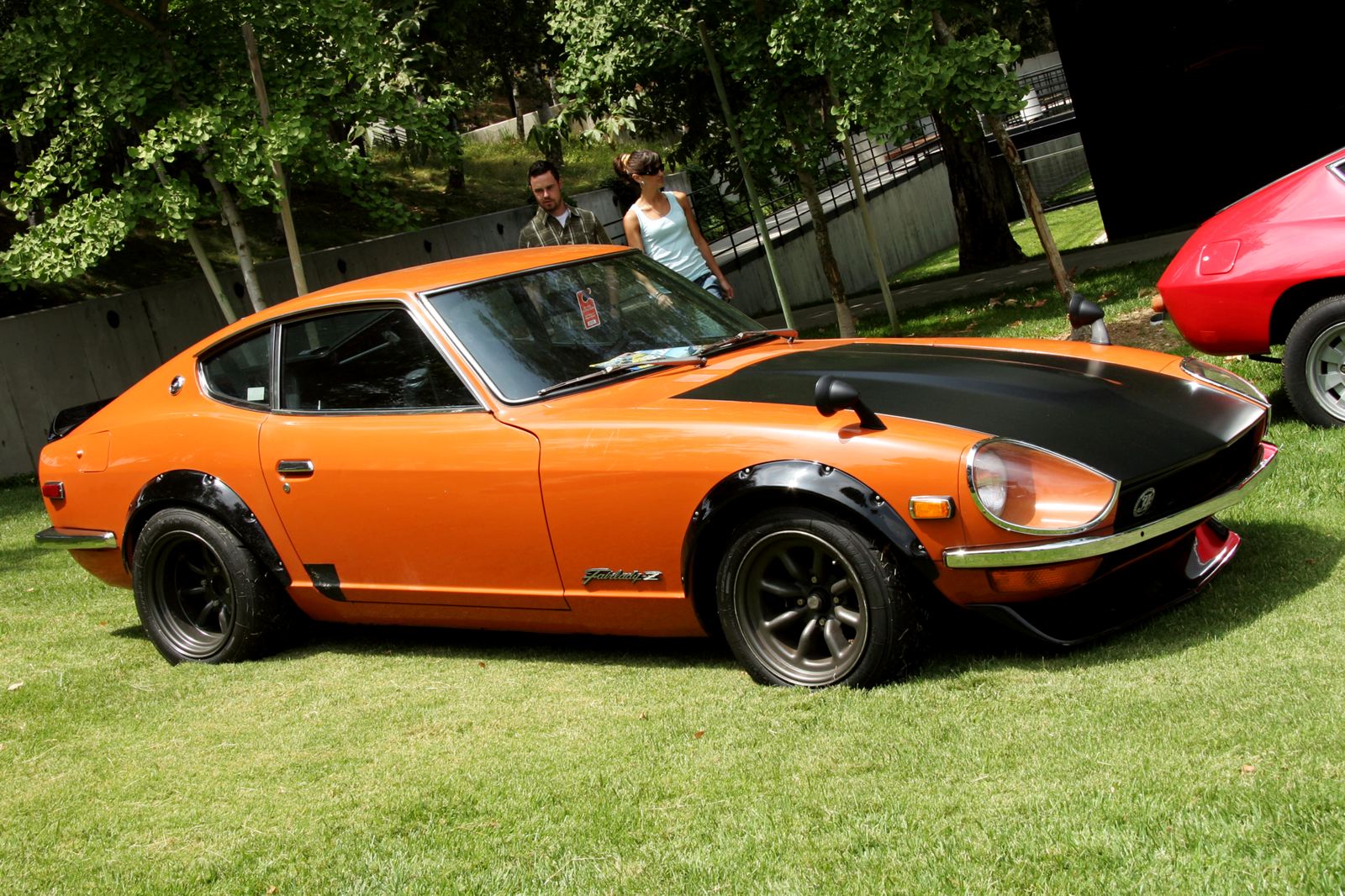 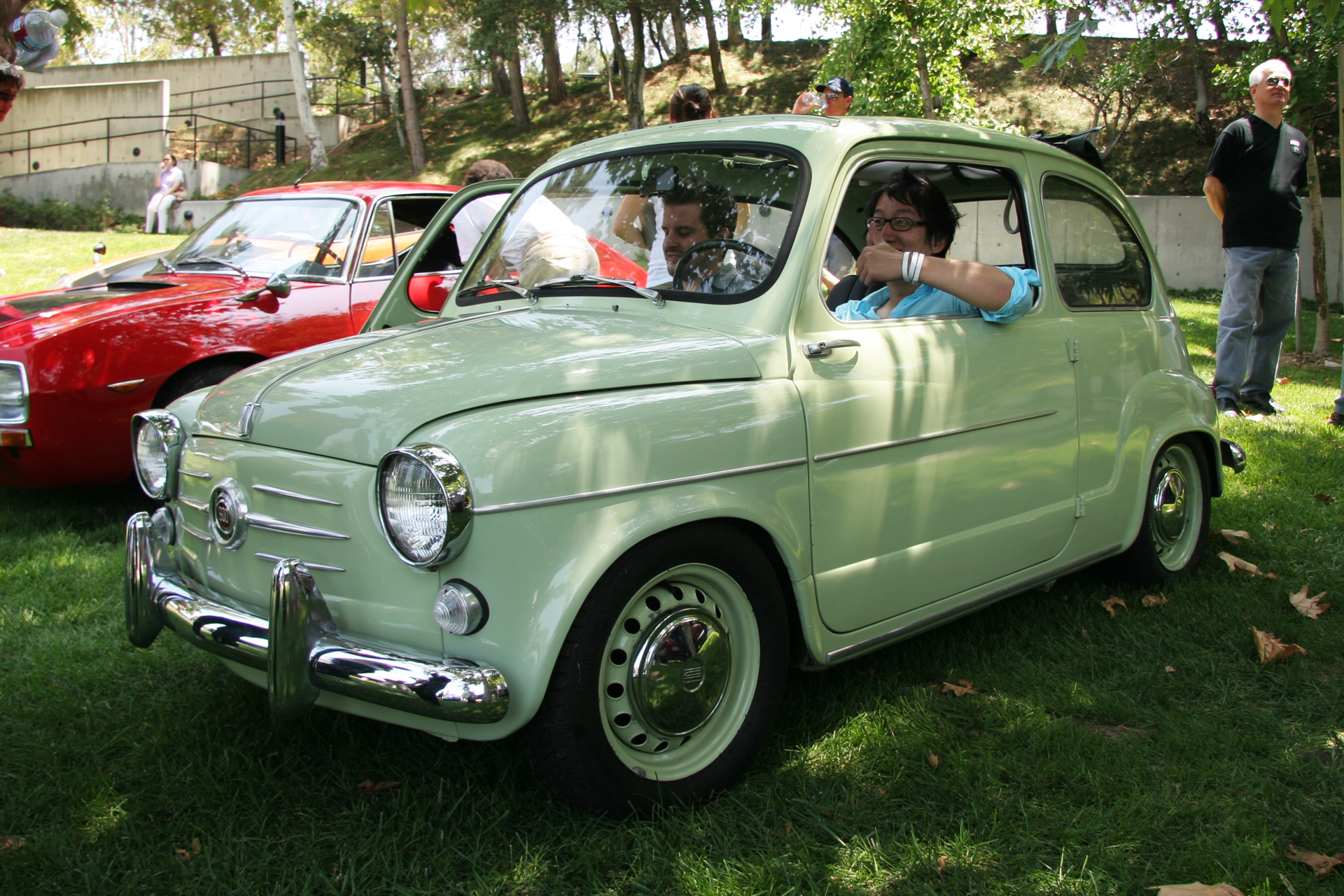 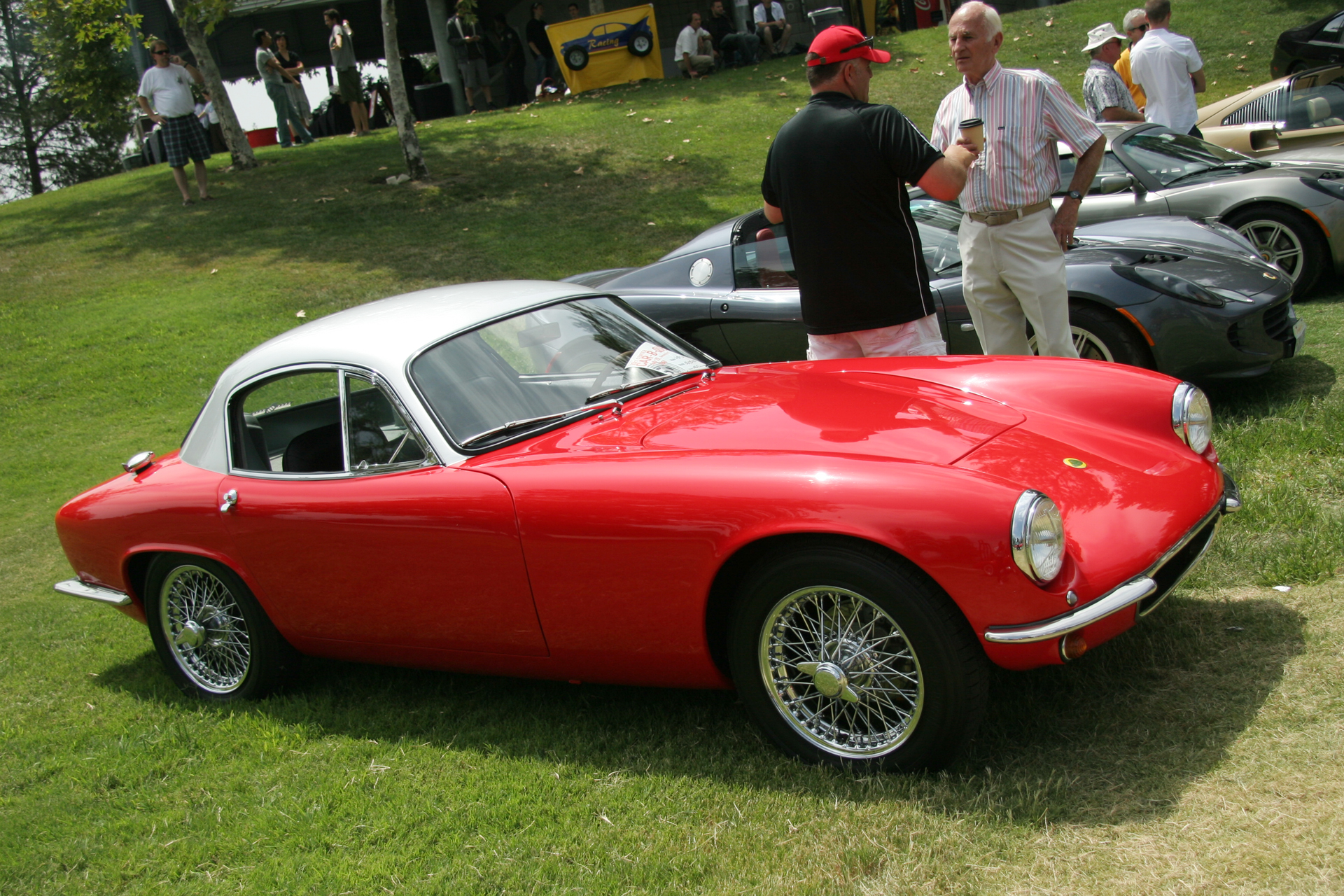 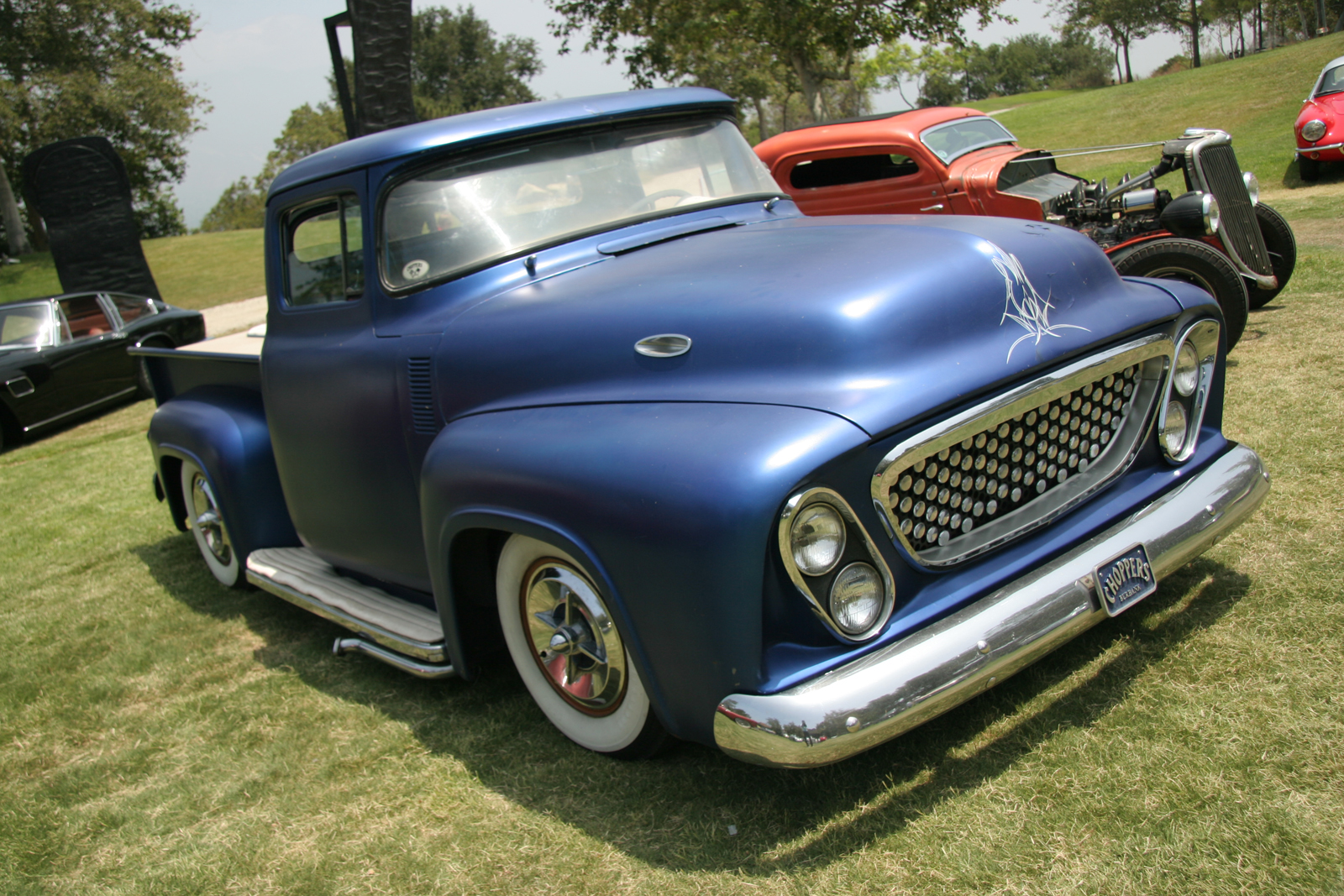 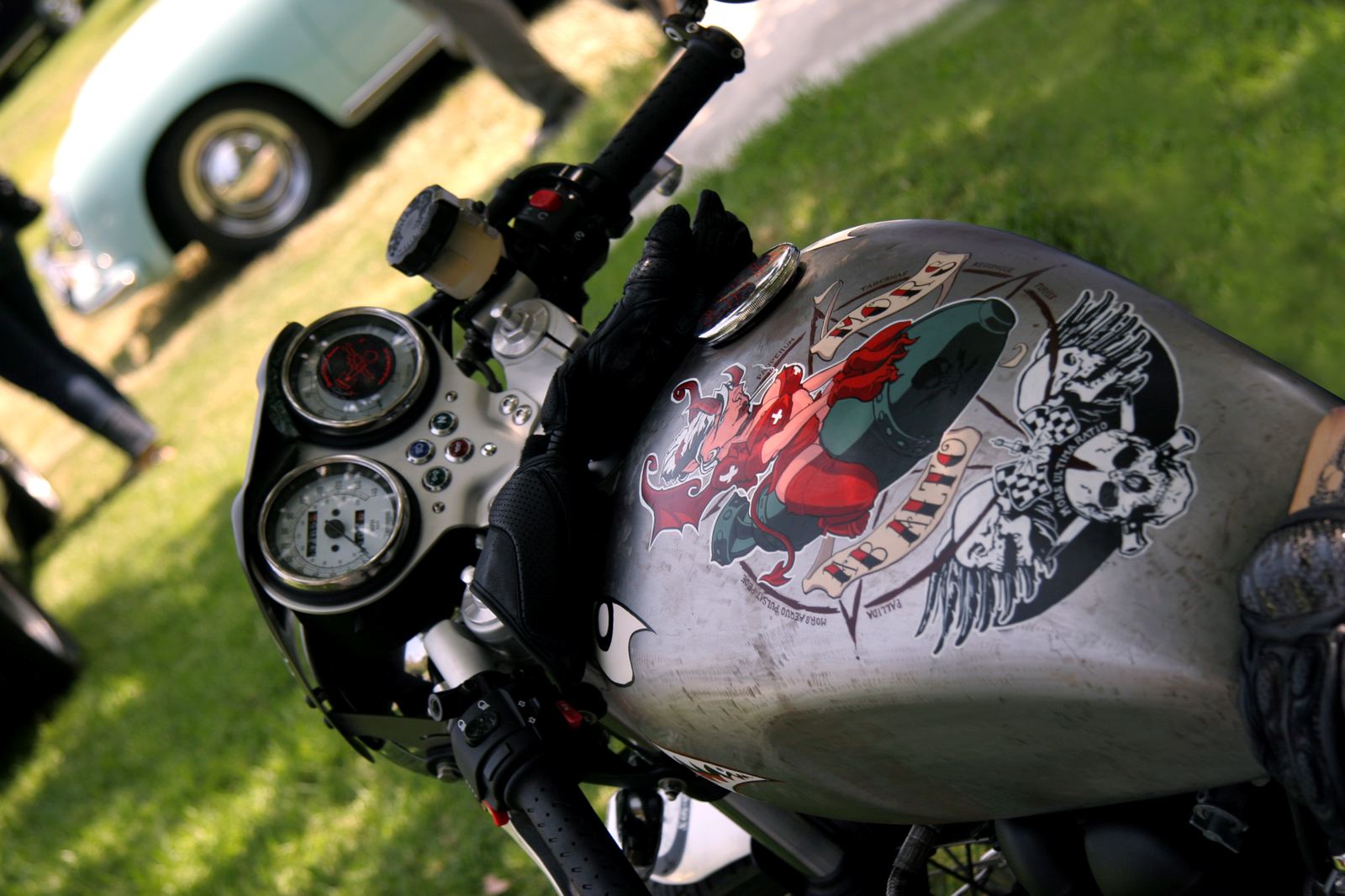 The car show was held outside the Craig Ellwood-designed hillside campus overlooking the Pasadena Rose Bowl on a beautiful southern California summer's day. The cars and their owners started arriving as early as 8am and stayed late into the afternoon. They represented all eras and nearly all corners of the globe making the 40-some collection a treat for everyone in attendance. We had a chance to chat with a handful of attendees, both current and former students as well as industry icons, and get their opinions on the event.

Geoffrey Richmond (Summer 08) brought his gorgeous red Lancia Fulvia Sport 1.3S Zagato - he learned how to drive and parallel park in New York City in a huge pre-oil crunch Chrysler New Yorker similar to the Imperial Le Baron brought by visionary Syd Mead. Set to graduate from the degree program in three weeks' time and a car guy through and through, Geoffrey had this to say about CarBQ: "It is important as a student to have an active car culture here as we see it today, especially here in Los Angeles. [...] I worry about the increasing number of car design studios who are leaving Southern California and its car culture behind for cheaper real estate outside the state." This was a sentiment which certainly struck a chord with quite a few attendees.

Jack Duha (Trans 87), currently one of the physical modelers at BMW Designworks USA, brought a blue CAV GT. For those that know him, it's clear that the Ford GT40 has a very special place in his heart - he's had an ongoing project for over a dozen years. This included the build of a full-size clay of the Mk II, a treasure trove of GT40 new old stock (NOS) parts, and ultimately culminating in the purchase of this CAV GT chassis a couple years ago. "[ArtCenter] is where I learned how to be my best and I am honored for having been invited to bring my dream car with my son Andrew today. It's wonderful seeing so many friends - this is what it is all about," he said.

Chuck Jordan, invited by Transportation Design chair Stewart Reed, brought along his silver Ferrari 456. When prompted for comments he offered: "What is different about CarBQ this year versus events from years past, is that the cars here are true owner cars filled with soul and passion." It's true that the majority of the cars featured last year were priceless examples spending most of their time stationary in private collections, while CarBQ's attendees were for the most part clearly being enjoyed and driven on a regular, if not daily, basis.

Syd Mead (Trans 59) brought a black 1972 Chrysler Imperial LeBaron which would have been perfectly at home in "Oblagon", "Sentury" or any of his other long since sold out publications. When given a tour of the Art Center Color Material Trends Exploration Laboratory (where RTT had set up a series of demo stations including ‘LiveTexturing') he was very impressed by the technology on hand and its application in the 'real' world.

A handful of motorcycles also made an appearance, including a Triumph Thruxton owned and customized by Gustaf Aspegren (Trans 07). Seeing the bike and meeting "Goose" in person you'd never guess that he was most recently at Disney Imagineering designing princess castles. But such is the skill set of the Transportation Design alumni that you often also find them outside of the industry you would expect them to be in.

Even though it was a much smaller event than in years past, CarBQ was by all accounts quite the success and we all hope it makes a return in years to come. The informality of the event combined with the variety of cars - from the 1932 Ford to the AC 428 Frua and modern classics like the 1984 Mk I Rabbit GTI - made for a wonderful day under the sun.