Nov 15, 2000 - Autocar magazine has presented it's prestigious annual awards for 2000 in London. The event included the announcement of the European Car of the Year , the Alfa 147, several automotive industry awards, and three design awards:

Won by the Jaguar team for the F-Type.

Won by Derek Jenkins, Luc Donkerwolcke, for their work on the Audi A2.

Young Designer of the Year 2000

The Young Designer of the Year is a new award for this year, and had over 1000 competitors. George Wong's winning design was a futuristic four-seat city car. Borrowing ideas from modern architecture, it incorporates extensive use of glass for improved visibility and clean, geometric lines for a smart yet functional appearance.

He wins the prize of a week's work experience in the Land Rover design studio.

When we first saw George's model we could hardly believe he wasn't a professional designer" said Rob Aherne. "Everything from the originality of the concept to the design and execution of the model was far beyond what we imagined possible from a schoolboy."

The competition was set last October by Autocar magazine. Budding designers are now being invited to enter next year's competition. Sponsored by Landrover and LEGO, the brief is to design a new Land Rover Defender. All entrents will be sent a free set of LEGO Technic wheels on which to build their model using whatever materials they choose. This time the prizes include a week in the Land Rover design studio, a Land Rover mountain bike and two sets of Lego Technic. 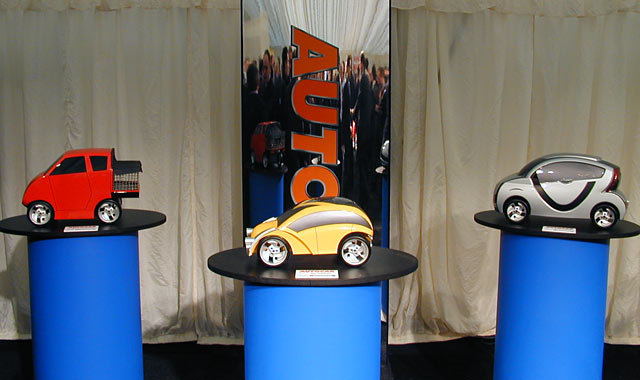 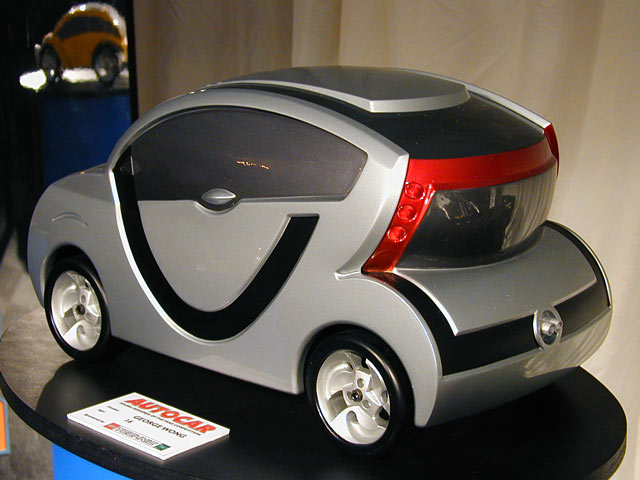 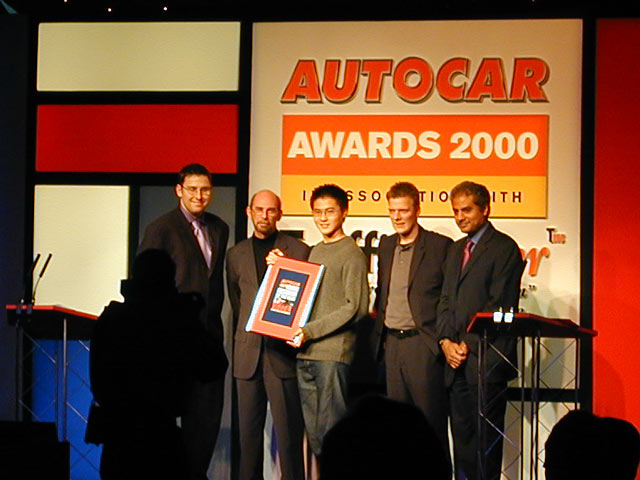 Young Designer of the Year presentation 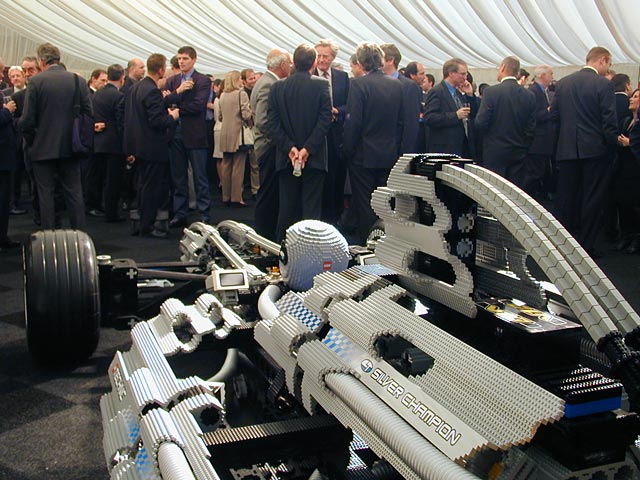