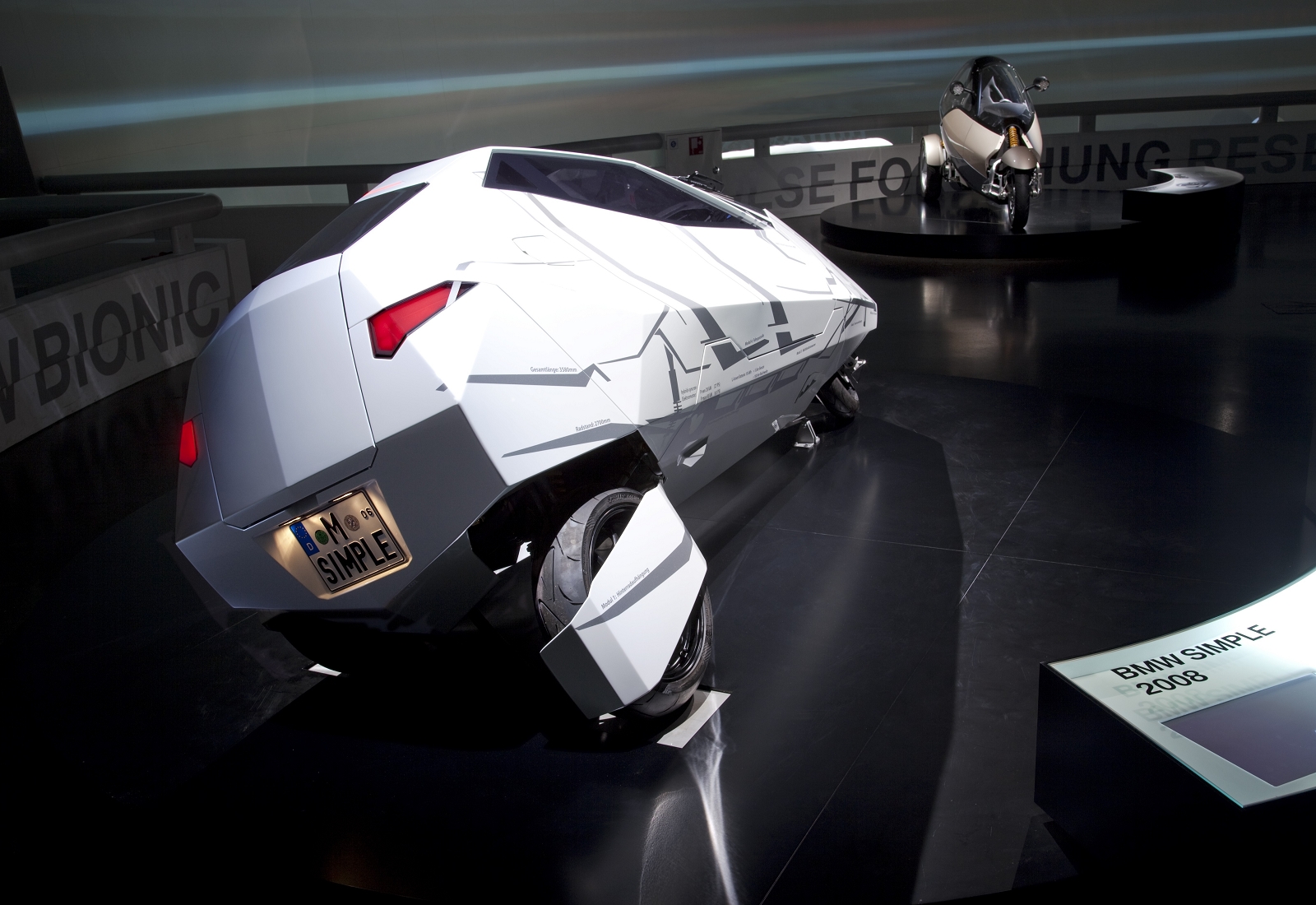 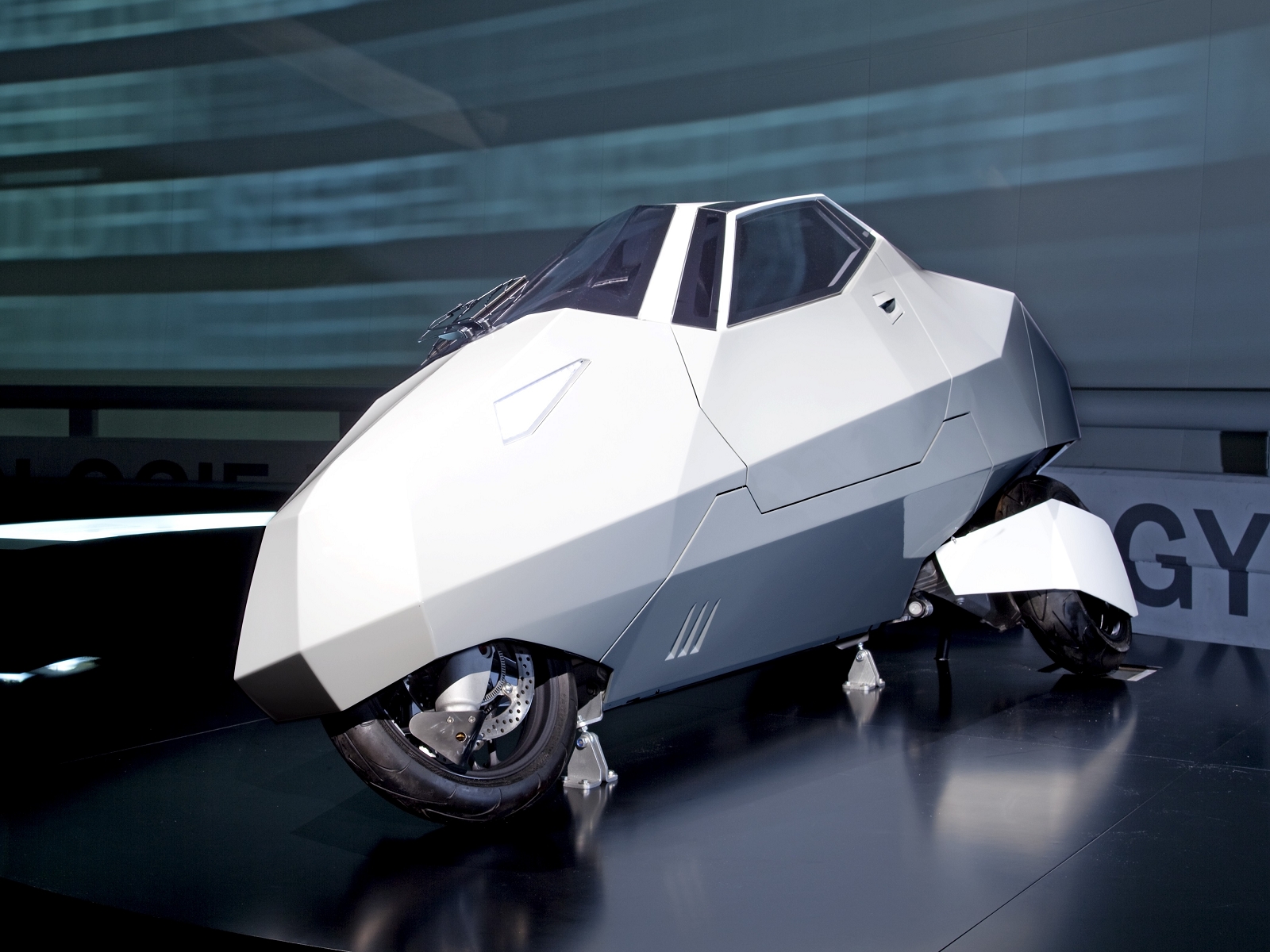 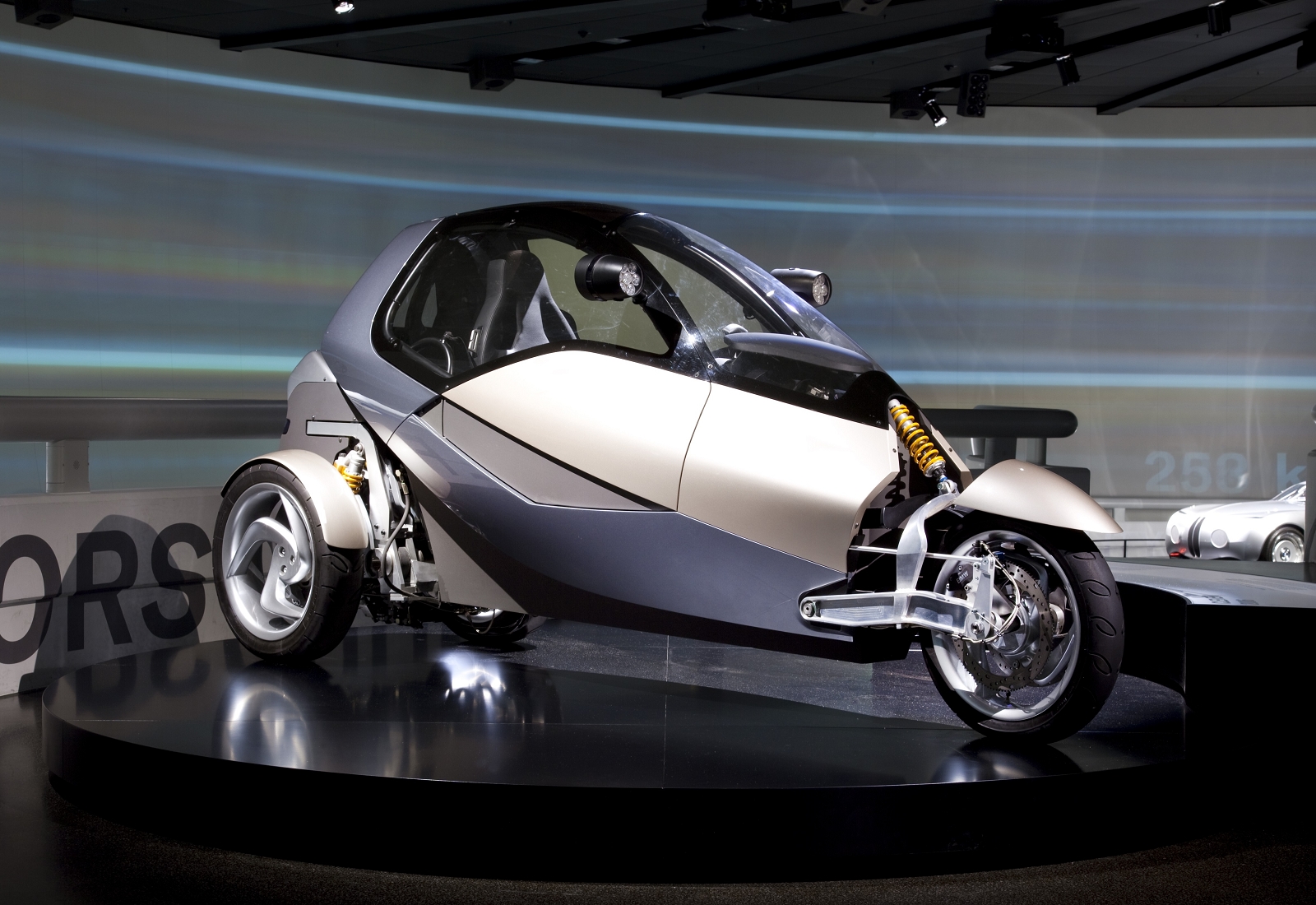 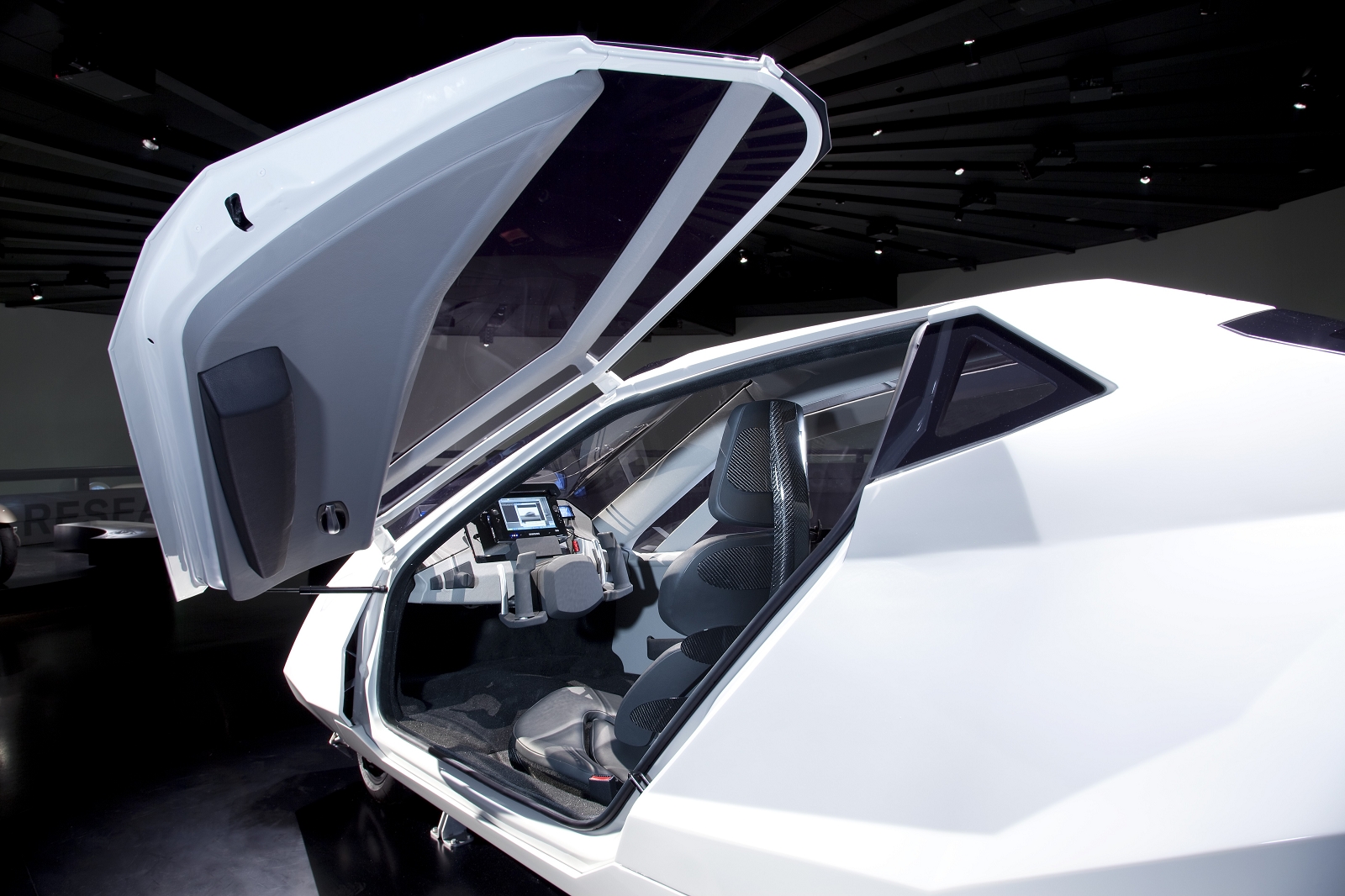 BMW added two new exhibits to its Museum in Munich, Germany this past weekend, designed to showcase the automakers forward thinking ambitions towards lightweight, efficient vehicles. Called the Simple and Clever concepts, the three wheeled urban contraptions were designed as a research exercise to make maneuvering in urban areas easier and more energy efficient. 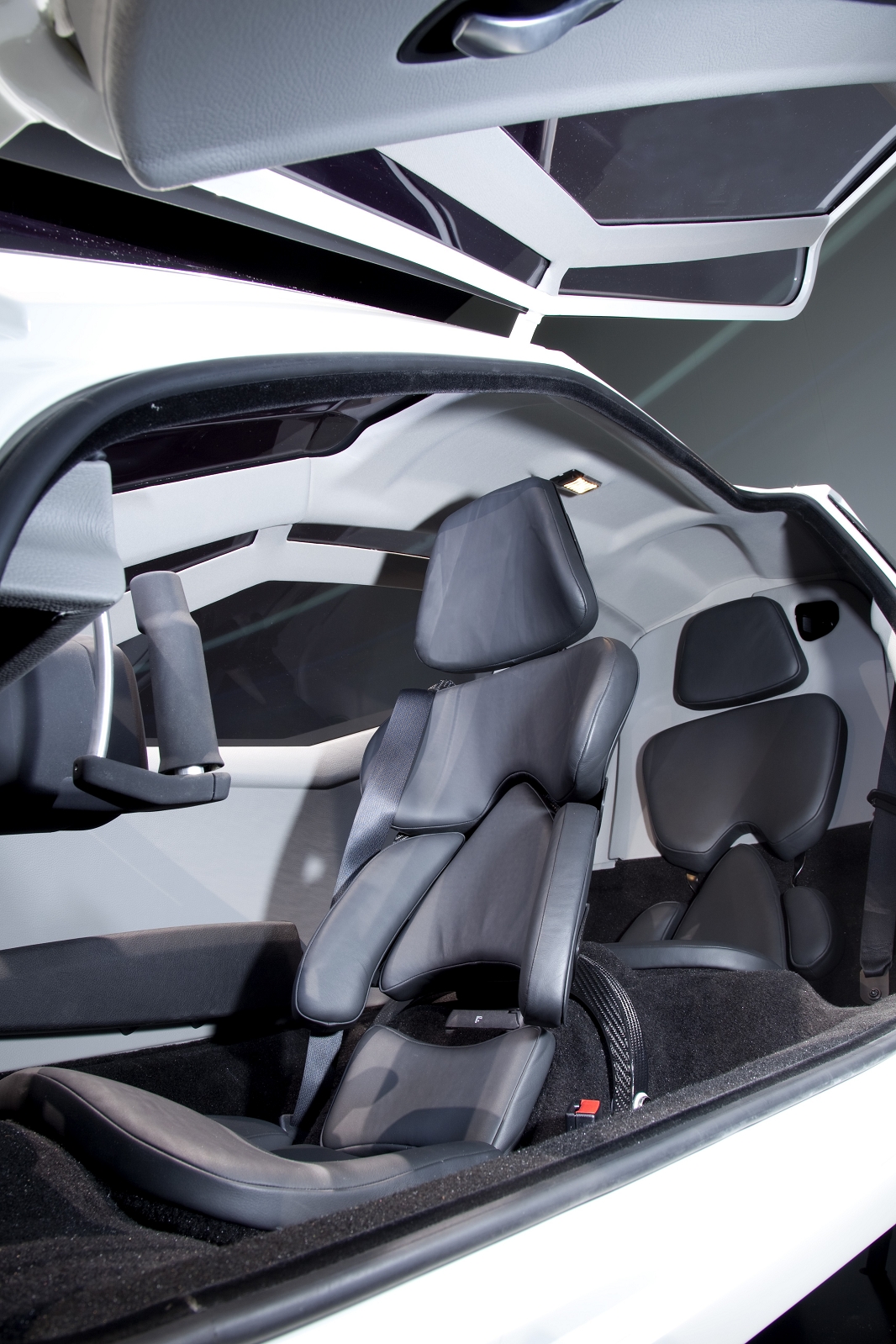 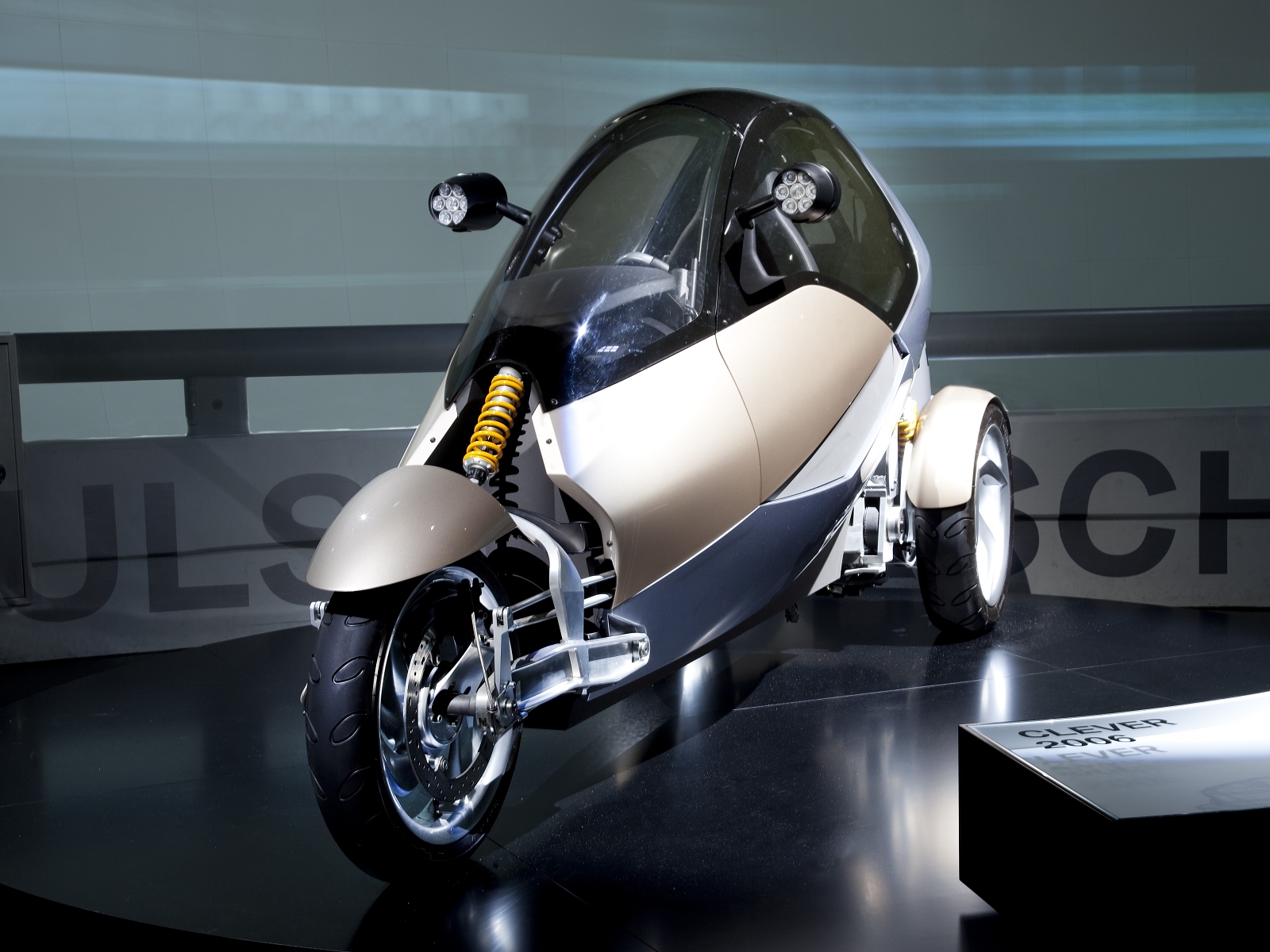 The Simple concept - an acronym of the project name 'sustainable and innovative mobility product for low energy consumption' - combines features and advantages from both automobiles and motorcycles and is powered by a 36kW combustion engine and an electric motor. It owes its passenger cell to the car, providing protection from the elements and offering occupants a higher degree of safety in the event of an accident, but the motorcycle-inspired Simple also has a slim design (measuring just 1100mm wide) and a tandem seating position.

Besides these typology morphing characteristics, the concept - created in 2005 - also has a low (450kg) weight and minimal aerodynamic drag properties (0.18Cd). BMW claims the concept boasts the driving dynamics typical of a two-wheeler as it's fitted with technology that enables it to tilt into corners. In contrast to other vehicle concepts in which only the passenger cell tilts during cornering, here all the driver has to do is determine a change in direction for the appropriate tilt to follow automatically.

The Clever project, launched in 2002 as an initiative of Berlin's Technical University and sponsored by the 5th Framework Program of the EU Commission, was designed and built under the aegis of the BMW Group. Driven by a natural gas engine the three-wheeled vehicle has low aerodynamic drag, minimal weight and a small footprint.

Measuring roughly 3m long, 1m wide and 1.4m tall, the Clever concept weighs in at under 400kg (the main ‘survival cell' frame weighs just over 60kg) and offers no more than a square meter of frontal area to the airstream.

Like the Simple, the Clever offers the thrills of a motorcycle coupled with the safety of a passenger car. To this end, the driver and passenger sit in a crash-optimized aluminum space frame with computer-controlled tilting during cornering, offering occupants a typical two-wheeler ride experience. The tilting technology, an innovative solution when the concept was created, is an entirely computer-controlled system that tilts the entire passenger cell into the corner, allowing both the driver and passenger to lean up to 45 degrees.

Both research vehicles have been added to the special 'Concept Vehicles' exhibition at the BMW Museum, highlighting the Munich-based automaker's innovations.