Cadillac: Back to Detroit, but now what?

Cadillac announced in late September that it is relocating its headquarters back to Detroit after a four-year presence in Manhattan. The move to the Big Apple had been an attempt to position Cadillac as a global luxury brand – and possibly as a stand-alone brand, uncoupled from its old-school GM roots. 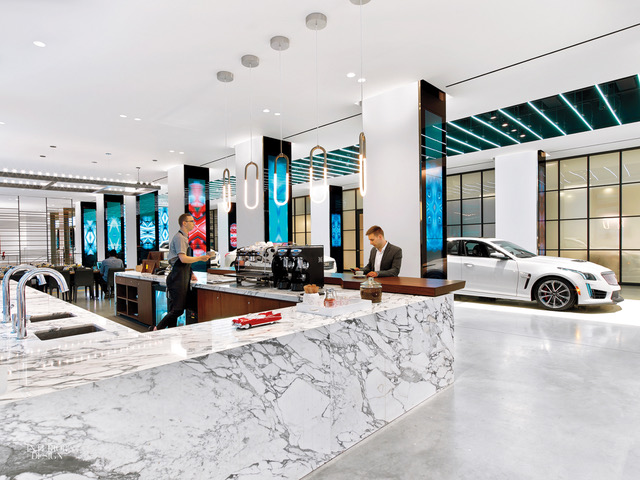 The relocation, widely criticised at the time by Detroit civic boosters and Cadillac purists, was attributed to Johan De Nysschen, the controversial head of Cadillac, and Uwe Ellinghaus, the Chief Marketing officer. Both have now left the company.

The new head of Cadillac, Steve Carlisle is a GM lifer, with 36 years of experience and a great deal of loyalty and respect within the company. His desire to relocate Cadillac to Detroit (actually Warren, Michigan, across from the storied GM Technical Center) has been widely praised by critics and purists alike. The entire building cost less than the New York renovation four years prior. 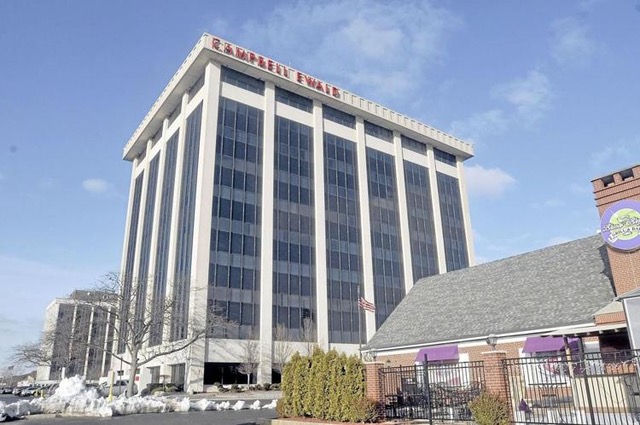 Cadillac’s new headquarters, just across from the GM Technical Center

Carlisle, speaking to the Wall Street Journal, said, “We have a huge number of launches ahead of us. We’ve got to think about how we take inefficiencies out of the communication process between the Cadillac team and the GM partners.”

As we noted at the time, the real opportunity in New York was not branding, it was design. Cadillac was perfectly placed to develop a design language for the urban luxury car of the future, one that, with its global branding effort, could have positioned Cadillac as a leader in this as-yet-undeveloped market space. 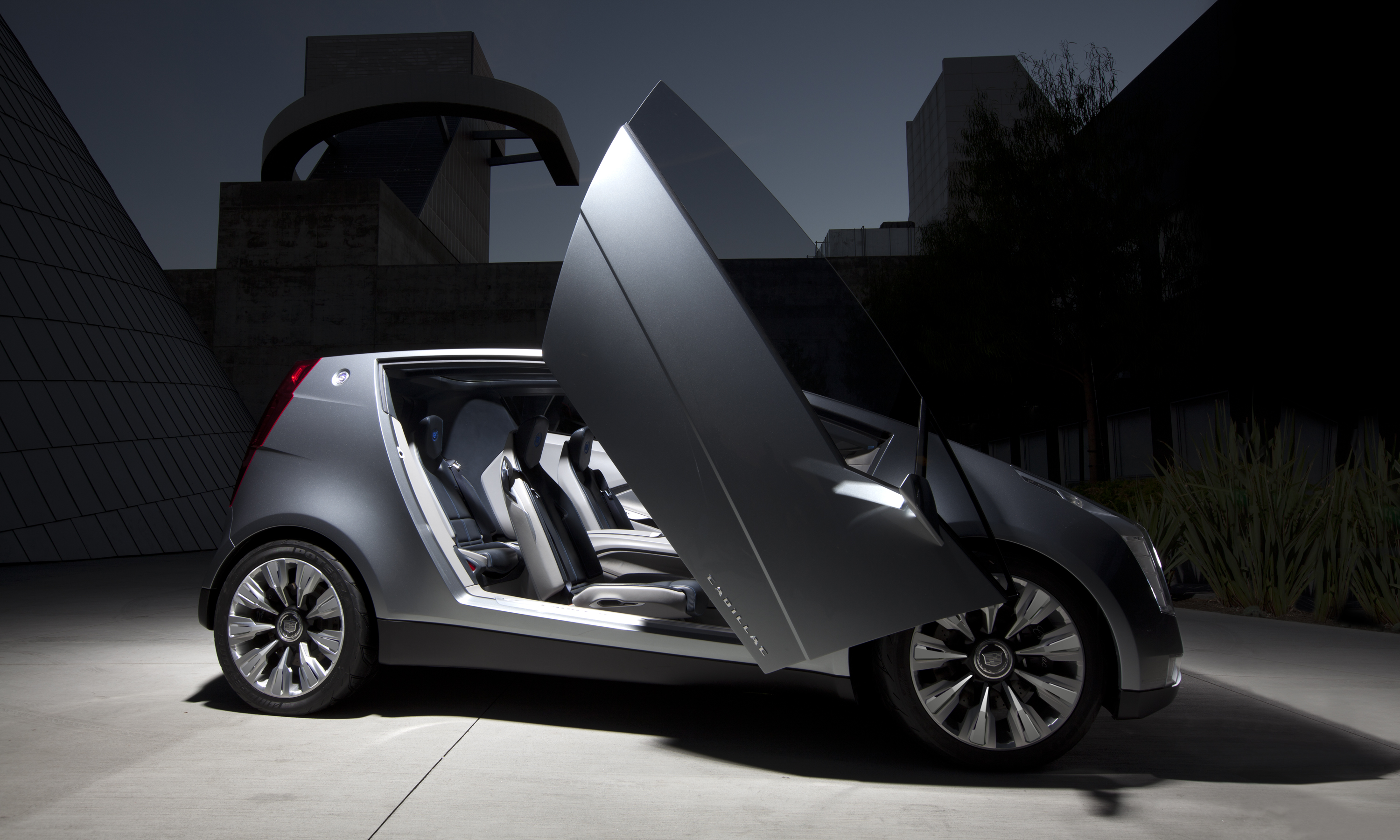 But this effort, if it ever really existed, has been put aside to focus on the development of near-future products in close conjunction with other GM divisions. Naturally this means SUVs and crossovers, as Cadillac has been losing sales to competitors who are already well-established in the luxury SUV space, as well as trucks – even GM’s own GMC division is cannibalising sales with their unlikely luxury offerings. 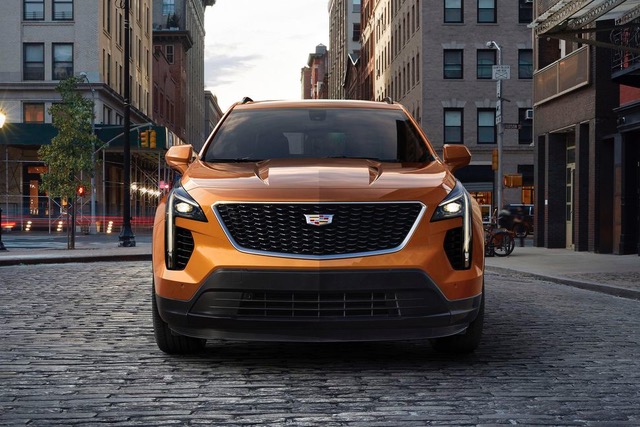 Cadillac has lost market share every year they were headquartered in New York and is now looking at measly 7.7% share of the luxury vehicle market, despite solid gains in China. So, the production of SUVs seems to be the low-hanging fruit GM’s luxury division will be picking, matching a similar and successful effort by crosstown rival Lincoln.

The return to Detroit has given us the opportunity to consider an alternate future for the storied Detroit marque, one that looks beyond the crowded luxury SUV market. The ideas come from Cadillac’s own concept cars of the last few years.

Here is a quick review of Cadillac’s recent concept offerings (see more photos in the gallery): 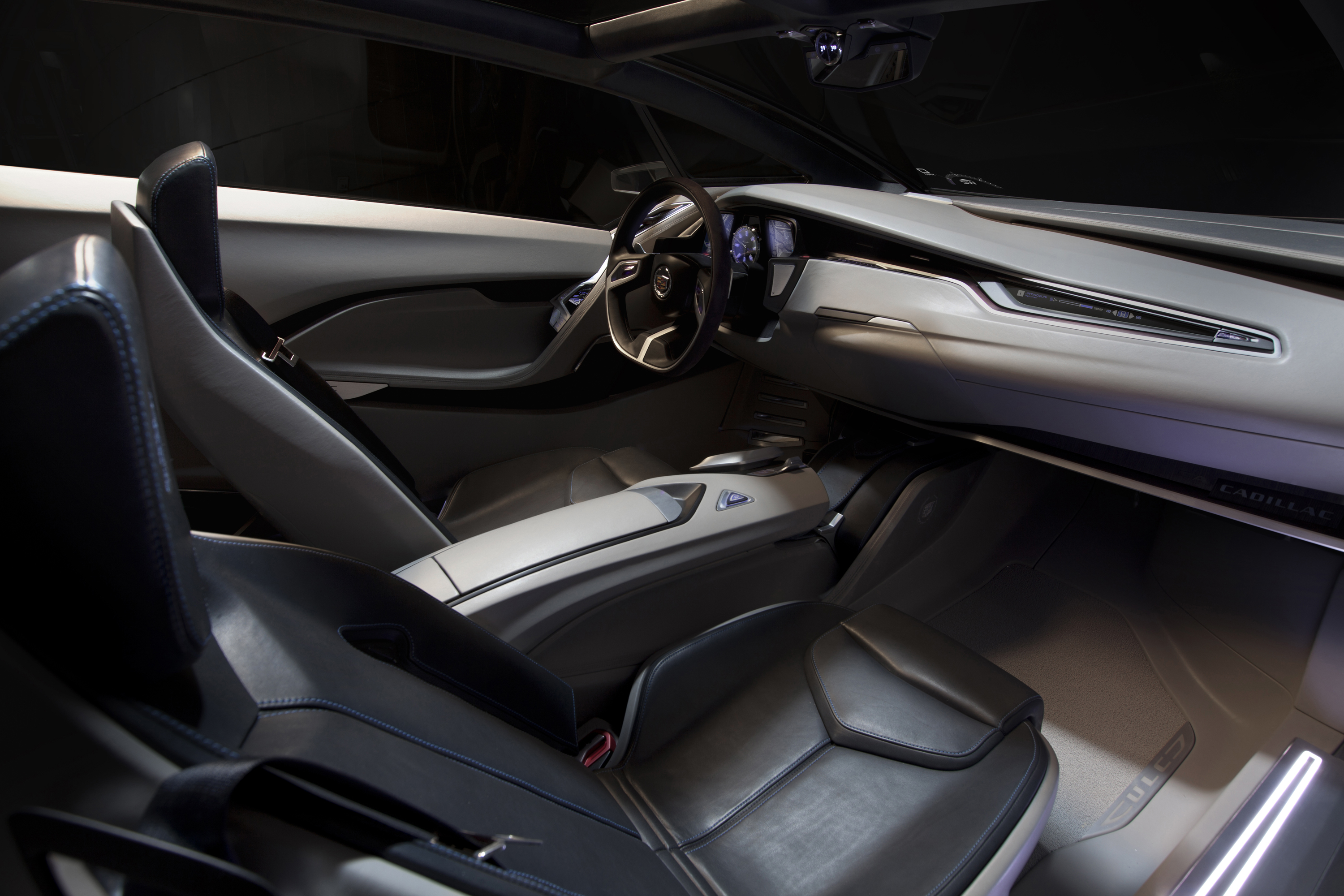 The 2010 Urban Luxury Concept was a unique experiment for Cadillac. A sub-four-metre long car with room for four was certainly a bold departure for the marque, and one that had an eye on the urban future of the car, and a possible international brand presence. The interior was remarkable for such a small car, as it had the refinement and self-assurance of Cadillac’s full-size offerings.

However, the reaction from the public and the press was mixed, and the project seemed to languish. We had hoped that the move to Manhattan might revive the concept and lead to a production car, but that does not seem possible now. 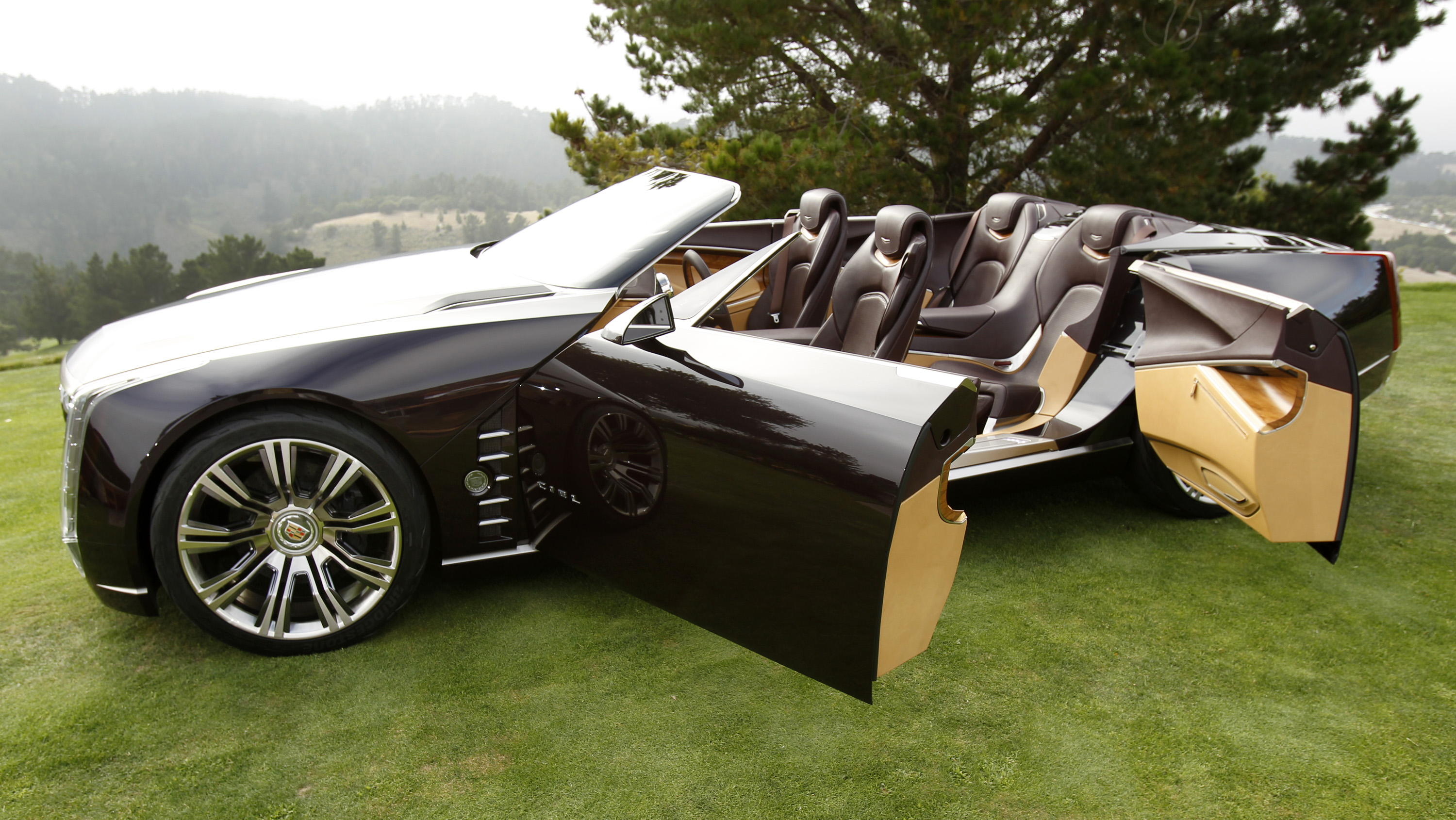 The 2012 Ciel was a classic Big American Luxury concept. A striking four-door phaeton, the likes of which have not been seen since the big Lincoln Continentals of the early 1960s, it also recalled the classic Cadillacs, Packards and Duesenbergs of the 1930s.

The 2013 Elmiraj grand coupé was personal luxury not seen since the days of the Eldorado in the 1960s and ’70s. A two-door luxury car is a tough sell these days, but the elegant proportions and surfacing, along with the exquisite interior could make this car the first of a new generation of personal luxury cars. 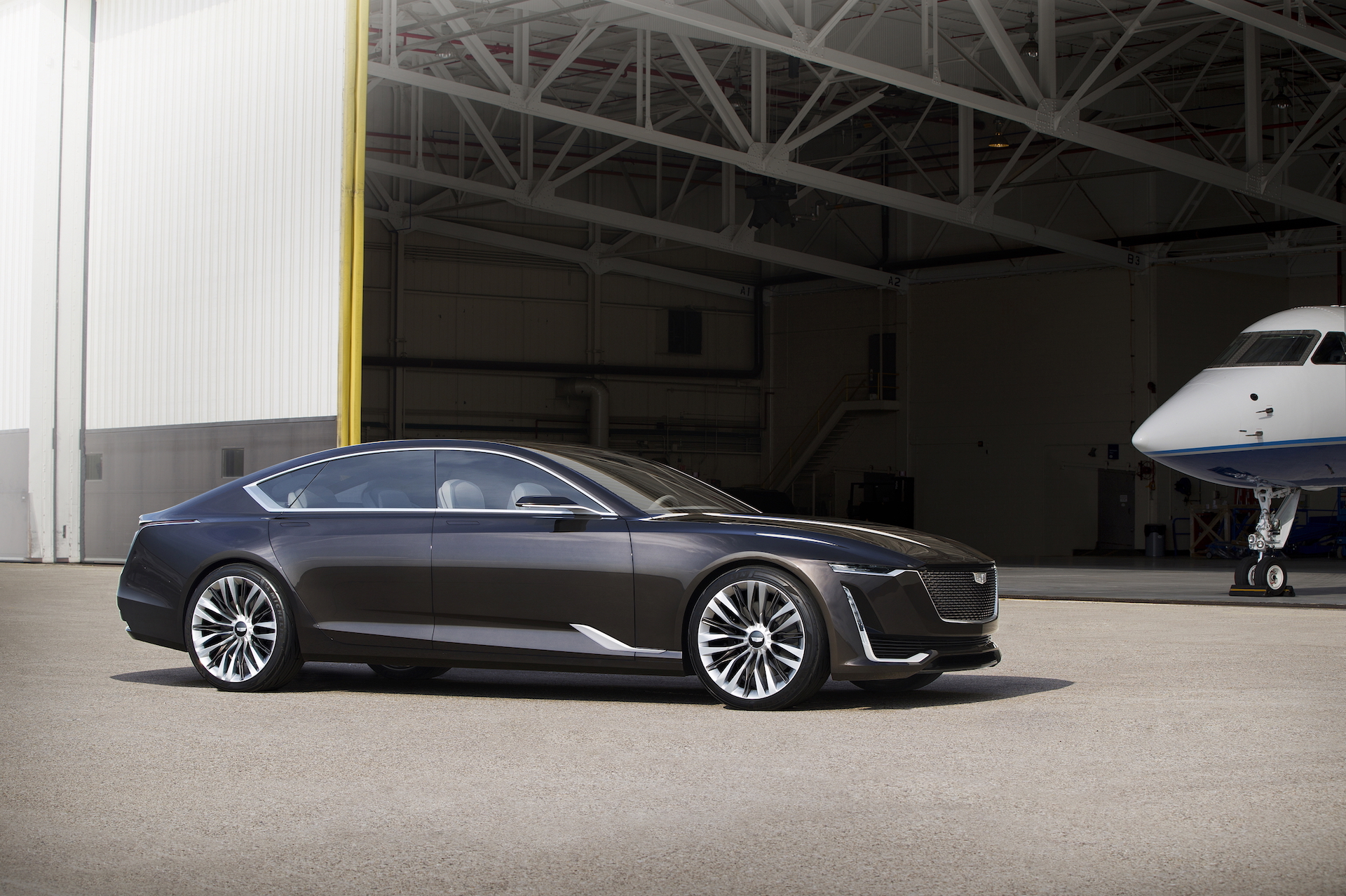 2016 Escala Concept – Art and Science for a new generation

Finally, the Escala concept of 2016 was big sedan in the classic Cadillac model, and was promoted as a concept introducing design motifs for the next generation of Cadillacs, and possibly a preview of a future flagship model. Its distinctive coupé-like profile and smooth lines made for a new expression of the ‘Art and Science’ design language. Its interior, typically, was executive lounge-level luxury.

It ticked all the right boxes for a Cadillac concept, but to some it looked more like an Audi, especially with the horizontal headlights.

These concepts – and notice, no SUVs among them – propose an alternate future for Cadillac, one more in keeping with the classic Big American Luxury image that has characterised the marque for over a century.

In some ways, Cadillac did try to emphasise these classic qualities in the frequent events it sponsored in New York. Flagship Cadillac sedans were centrepieces of fashion week events, art gatherings and the like, and they certainly elevated the brand’s presence above that of the Escalade, the dreadnought that is the staple of the city’s black car luxury taxi fleet. 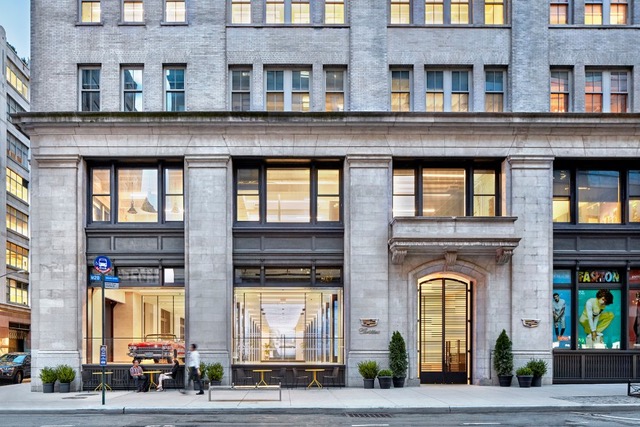 Cadillac’s attempts to reposition the brand haven’t been profitable...

But still the brand’s market share slipped, and four years is not enough to completely reposition a brand, especially if new products are not emerging in rapid succession, as is planned for the 2019-2021 model years.

Does this mean that the New York effort was a waste of effort and precious resources? Probably not, but it certainly could not be characterised as a success either. Four years is barely time to get acquainted in New York. Establishing a solid presence takes a decade. 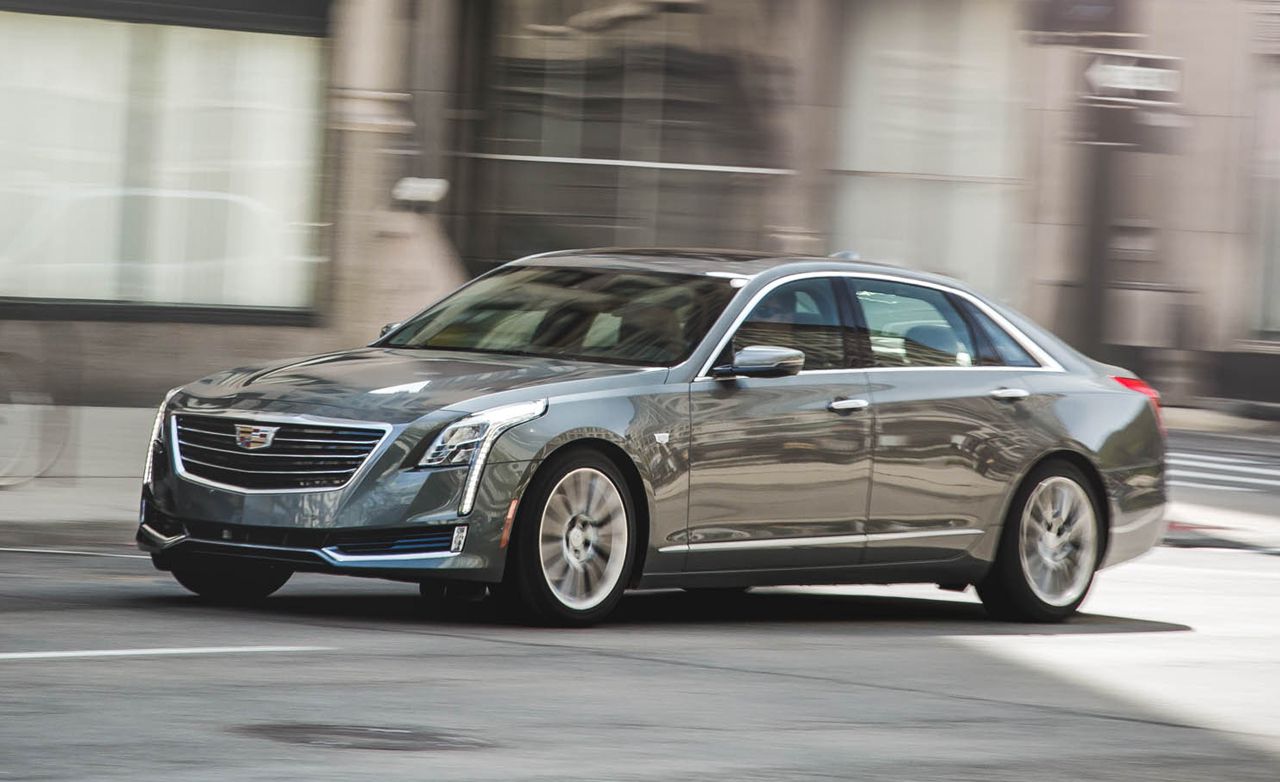 Two new Cadillacs were launched during the New York experiment, both showing an appropriate New York attitude. The first is their large flagship, the CT6. The company’s first rear-wheel-drive full-size sedan since the Fleetwood series of the 1990s, its near-limousine type presence will be great as a black car or as a luxury sedan for those who can afford a Manhattan parking space. 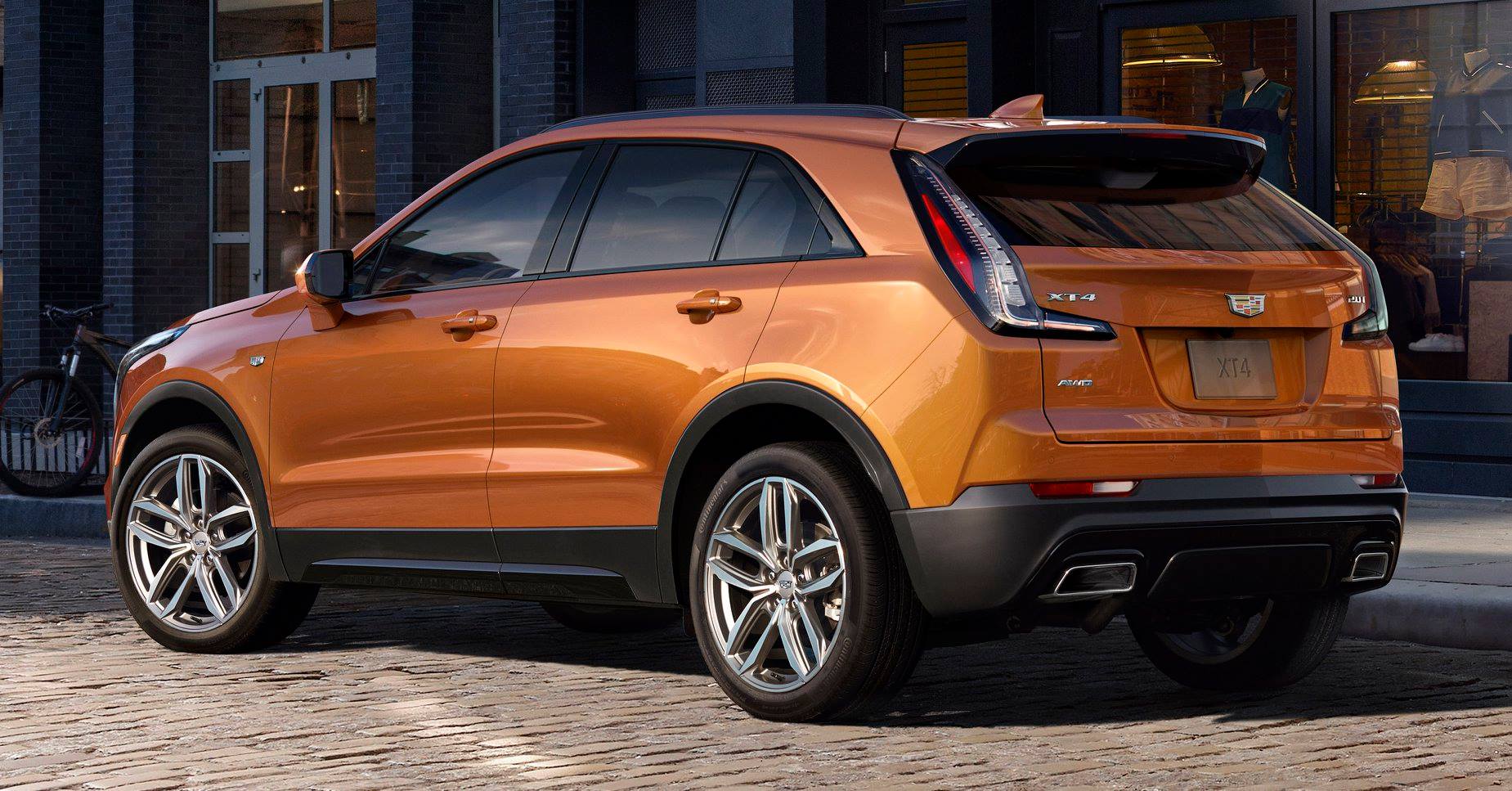 At the other end of the scale is the imminent XT4, a compact crossover aimed at millennials who might otherwise choose a small BMW or MINI. In some ways, the XT4 is a market-driven version of the Urban Luxury Concept described above, but it is half a metre larger, and not really the of the same brief. 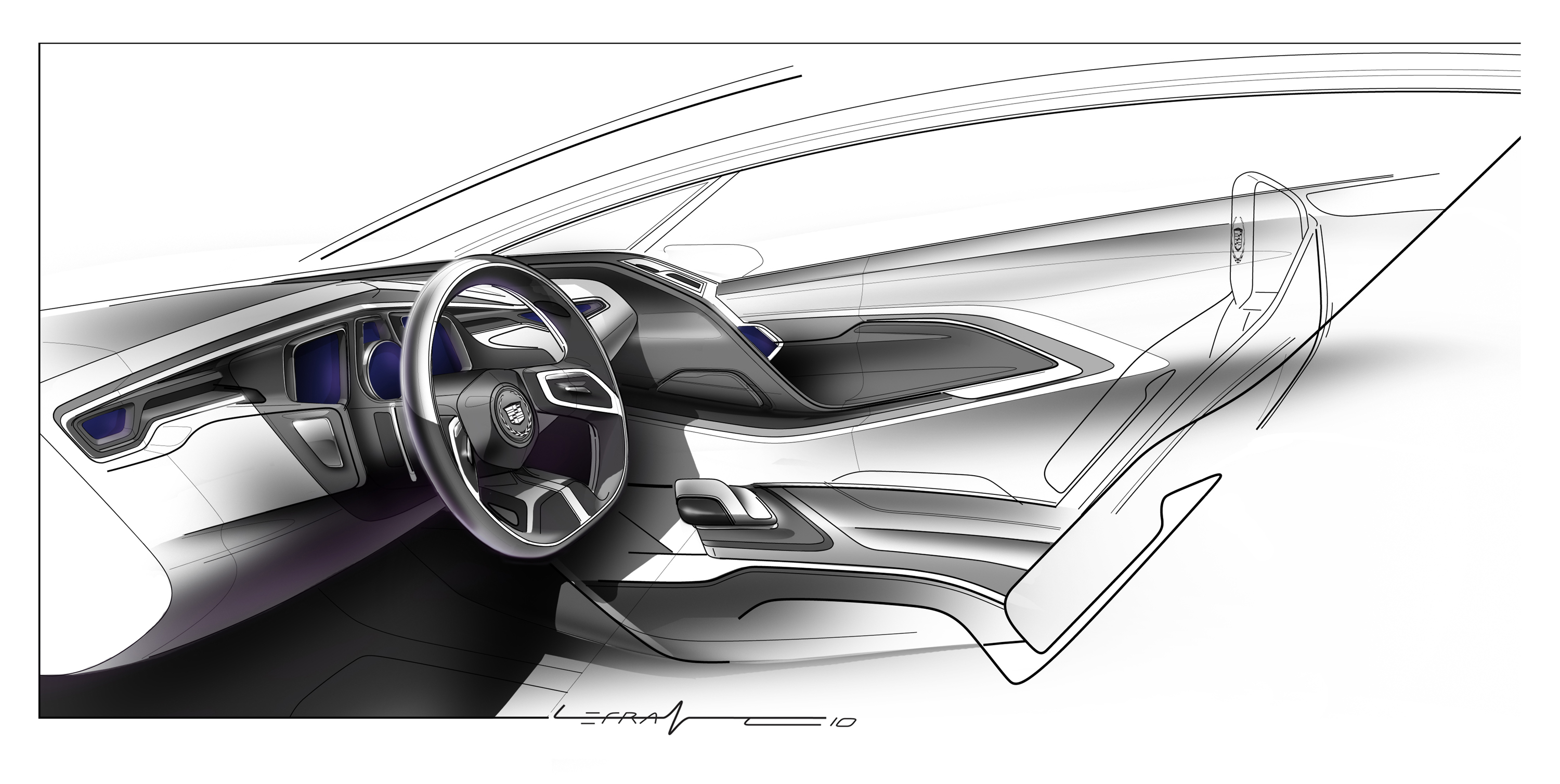 There’s no doubt the New York presence influenced the design of the cars, and that the branding and product planning folks there were busy doing their jobs, but the design studios always remained in Detroit, within the GM Mothership, with occasional field trips and charrettes in New York.

So, it is back to Detroit, which in many ways Cadillac never left. But for the planning, branding and marketing teams, is it back to the future or the past? 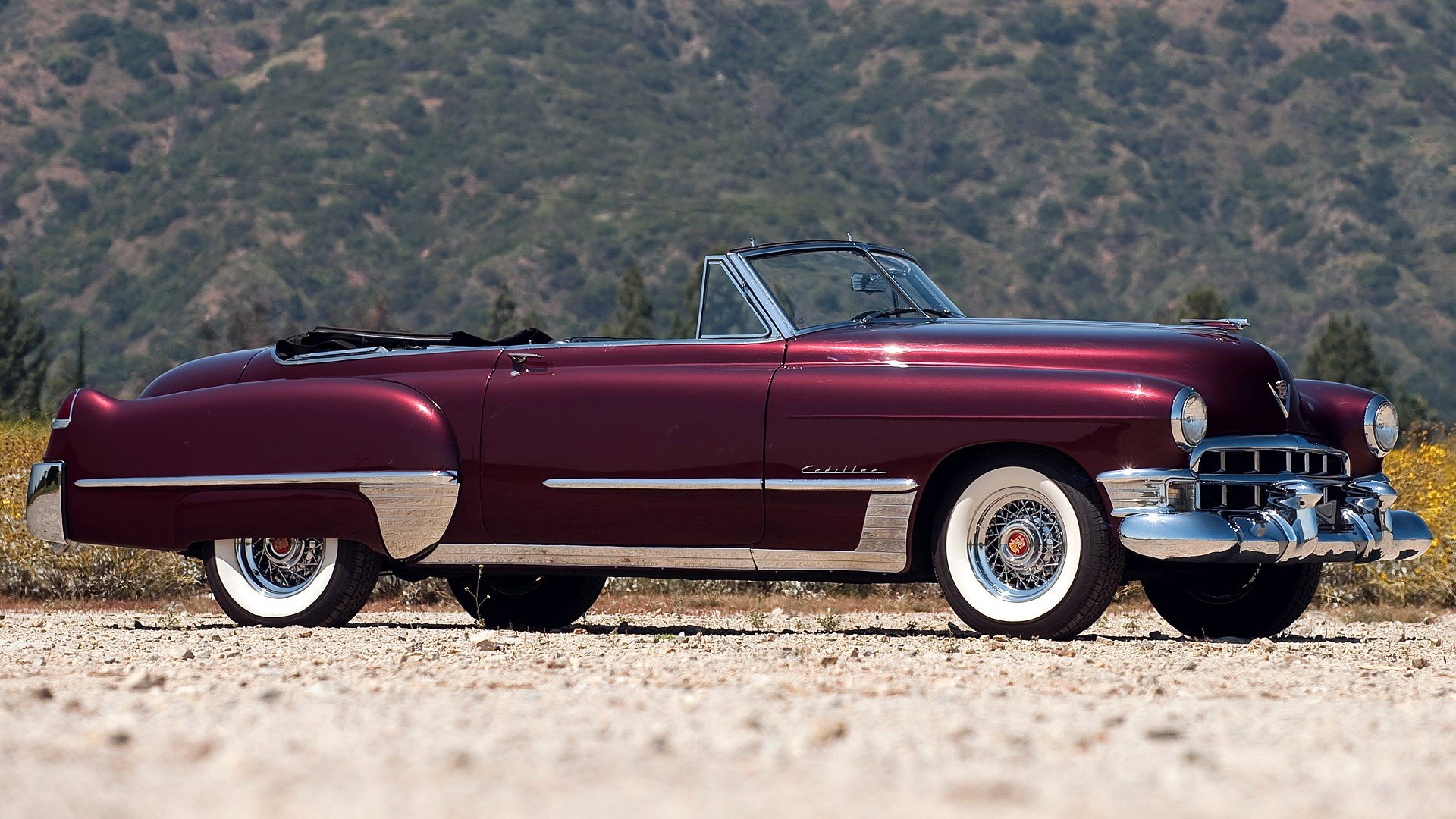 Series 62 – the Cadillac of automobiles

For generations, Cadillac was the American luxury brand. It did not need New York City to command an exclusive space in the automotive market. Cadillac’s huge luxo-barges, sometimes derided by critics, were nevertheless cars with great style and glamour, the ultimate status symbols.

Alas, SUVs and crossovers now rule the automotive market in America, and increasingly beyond. Cadillac’s move back to Detroit may only underscore that format’s dominance in the future, even among the most classic of Detroit’s brands.

But, as Cadillac’s concepts show, there could be an alternate future for the storied brand, one that draws on the past while looking to the future. 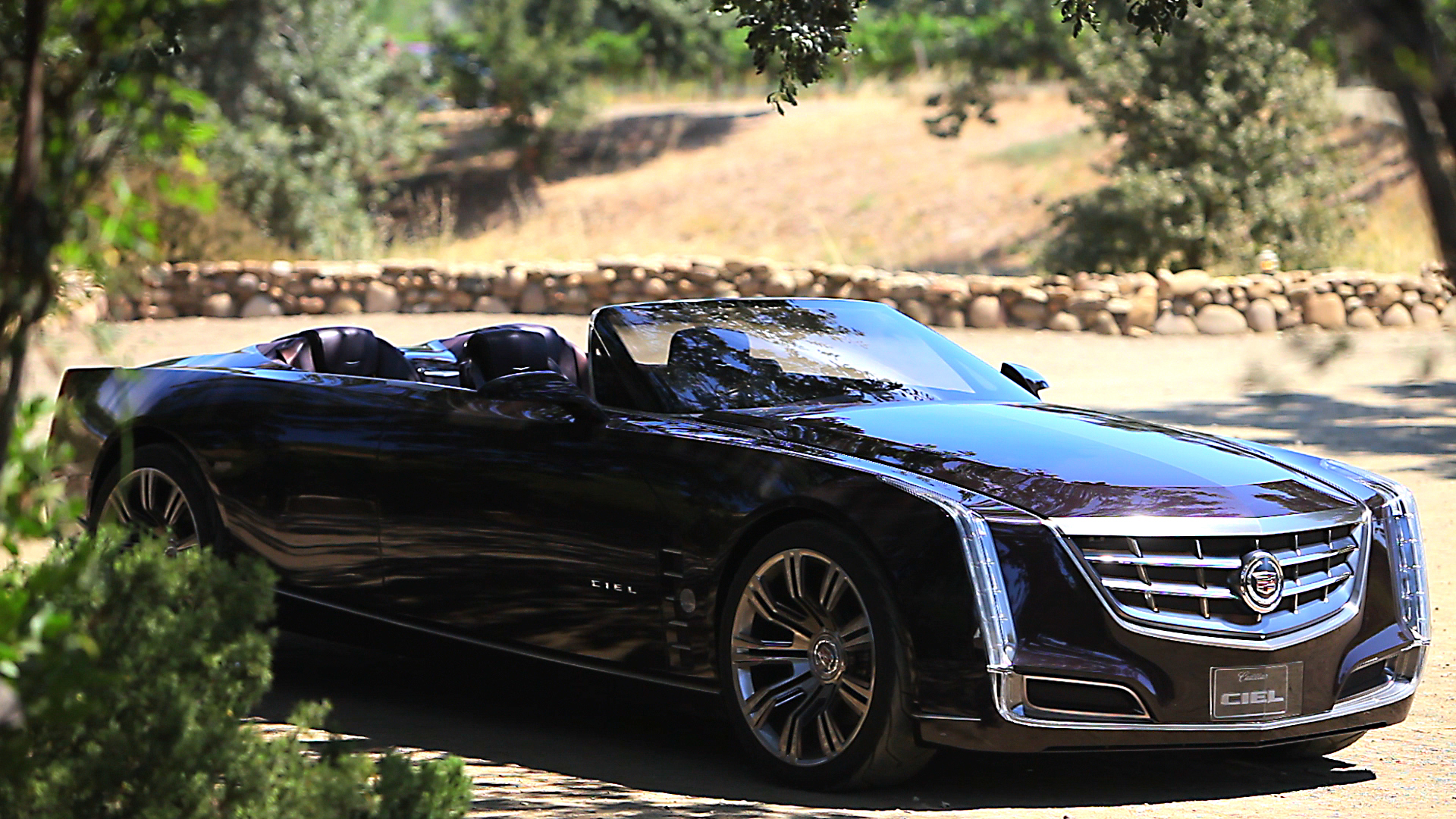