May 4, 2002 – With events celebrating the Queen’s Golden Jubilee in Britain about to get into full swing, Coventry University students were recently challenged to propose a new specialist vehicle tailored to meet the needs of international royalty.

Birmingham-based Radshape Sheet Metal Ltd. sponsored the 'Royal Wheels' competition and presented awards at a ceremony at Aston Hall, Birmingham. Seventeen students from Coventry University School of Art and Design (CSAD) submitted concepts in the competition and showed a diverse range of new vehicles for Royalty, ranging from a six-seater 4x4 Desert Raider designed for an Arabian prince, to a lightweight 2-seater for Prince Harry.

“The University has an excellent reputation for producing some of the finest talent in the automotive industry,” said Jenny Hann, head of Industrial Design at CSAD. “This project gives them experience to prepare for their future careers”

Radshape is a member of the Bentley-led consortium which will provide the Queen with a new state limousine in her Golden Jubilee Year. First photos of the unique car were shown in December 2001. It was therefore fitting that the competition was judged by Crispin Marshfield, senior designer at Bentley Motors and designer of the Queen’s new Bentley State Limousine. He is also a CSAD graduate.

The overall winner, with a £250 prize award, was Dimitrios Zacharopoulos, a fourth year undergraduate student from Greece. His design is for a Japanese Imperial Carriage, reflecting influences from Shinto temples and Torii shrine roof forms. The concept - with long wheelbase, tall cabin, low floor and sliding doors - allows regal access to the carriage for formal state occasions.

- a Bugatti coupe concept for Prince Rainier III of Monaco, by Chris Stallard, year 2. Using the 8.0 litre W16 engine from the Bugatti Veyron, the concept reflected the lifestyle, glamour and sporting history of Monaco

- a state carriage for the Swedish Royal Family, based on contemporary Swedish design by Joel Bridge, year 2

- an electric ‘horse-drawn’ ceremonial carriage for the British Royal Family, by MA student Adam Fairless. An electronic transmitter on a leading horse remotely steers the carriage along processional routes


The new Bentley State Limousine, the first Bentley to be used for State occasions, will be presented to the Queen later this month and will perform its first official engagement in June 2002. 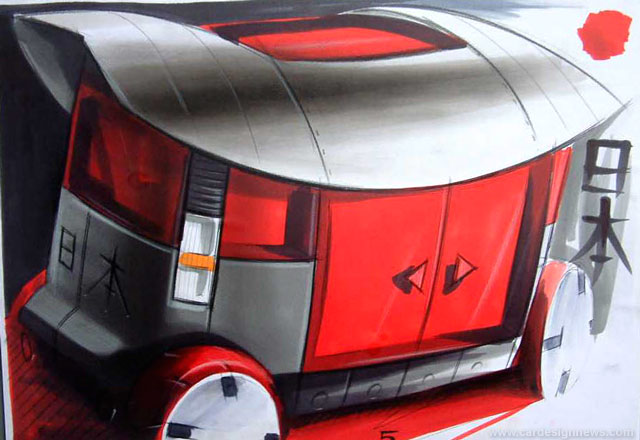 The winning design by Dimitrios Zacharopoulos 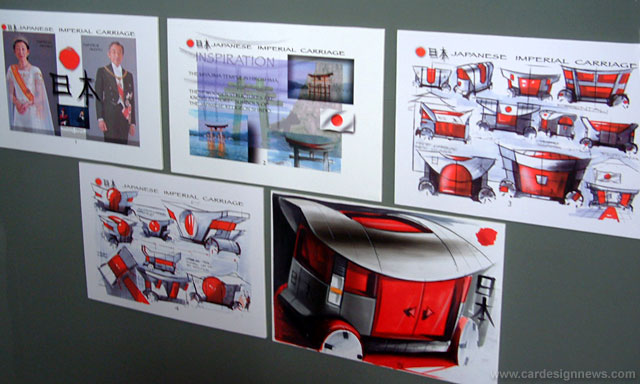 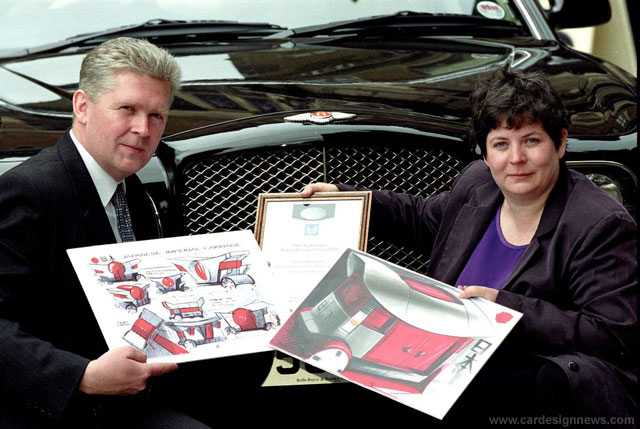 Jenny Hann (Head of Industrial design, CSAD) and Peter Grant (Sales & Marketing Director of Radshape) with the winning sketches in front of the Bentley Arnage 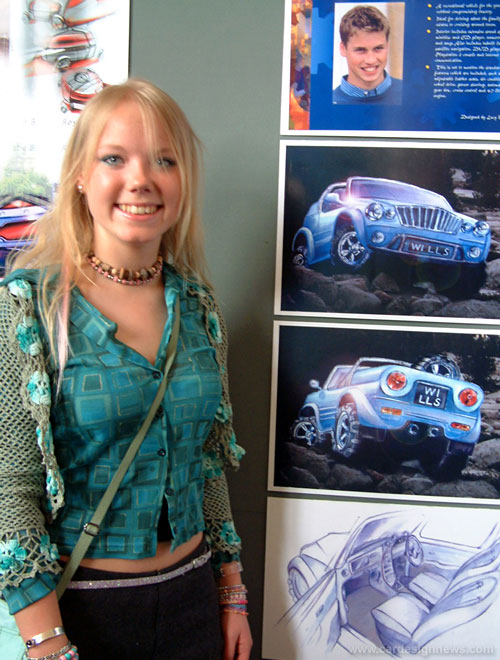 Lucy Faulkner presented her proposal for a 4x4 for Prince William 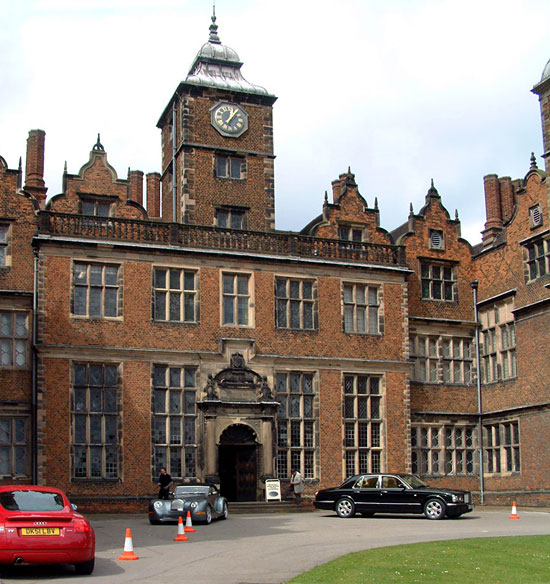 Aston Hall with display of Bentley and Morgan Aero models. Radshape is a specialist supplier for these vehicles.