Eyes on Design 2002 - A weekend of classic design

July 15, 2002 - A new venue and gorgeous weather were the backdrops for the Eyes on Design weekend, a series of events celebrating automotive design and benefiting the Detroit Institute of Ophthalmology.

Each year the show has a different featured vehicle type or brand. Previous years have celebrated classic vehicles or a category such as Sport Utility Vehicles. The theme this year was 'Performance Vehicles'. Now in it's 15th year, Eyes on Design underwent a number of significant changes this year.

The event originated in 1988 as a small show at the Grosse Point Academy near Detroit, MI, organized by a group of designers in collaboration with Dr Philip C. Hessburg of the DIO. The event grew quickly as involvement and support from the big three U.S. automakers, other suppliers, corporations and private donors blossomed.

The 3rd annual show moved to the Edsel & Eleanor Ford House in Grosse Point, and remained at that elegant location until this year. Additional events were added to the weekend such as the Eve of the Eyes designer gathering, usually hosted by one of the big three or a major supplier. Another significant fundraiser is the Vision Honored black tie, which takes place the night before the show.

To accommodate easier access and growth in attendance, the VP’s of design for DaimlerChrysler, Ford and General Motors suggested that the event be hosted by one of their companies each year. The DIO board approved the plan, and all of this year’s events were hosted at the DaimlerChrysler Technology Center in Auburn Hills, Michigan.

The Eve of the Eyes was held in DaimlerChrysler’s 'Design Dome' and sponsored by ASC Incorporated. This event is intended primarily for the automotive design community, but the public is welcomed as well. This year’s reception honored Carl Olsen, professor emeritus from the College for Creative Studies, with the Honored Designer Educator Award for his contributions to design education.

A large number of designers and patrons attended the event, enjoying the drinks and excellent hors d’ouevres. Many were there to catch up with friends in the business. Inside the dome was a selection of cars and scale models as well as a full-sized Chrysler PT Cruiser blimp that was piloted by remote control. A truck studio was open for inspection, as well as an animation of digital technology and design.

Outside on the 'patio' was a sampling of the vehicles that would be shown on Sunday. Situated amongst them was a gathering of thought provoking DaimlerChrysler employee owned cars. Some of those on display were a pristine Brabham BT-18 formula car, a 1958 Cadillac Coupe de Ville, an outlandish purple 1970 Plymouth Road Runner and a 1994 Honda Civic that was stripped, lowered and had an engine swap reportedly putting out over 250HP! There was a short presentation honoring Mr. Olsen midway through the evening. Speakers included Philip C. Hessburg, Trevor Creed, and Mark Trostle Jr.

'Vision Honored', the black-tie dinner, was held on Saturday, June 8th in Chrysler's Tech Plaza and Main Dining Room. The evening began at 6pm with cocktails and hors'douvres in Tech Plaza. DuPont Automotive, Delphi and Johnson Controls were the main sponsors for this event. The 'Flying PT Cruiser' made it's second debut for the audience and flew through Tech Plaza for a bit of decoration, while each of the three sponsors were given the opportunity to display their products in Tech Plaza.

After dinner, Dr. Dieter Zetsche spoke as well as Trevor Creed who presented Tom Gale with the Eyes on Design Lifetime Achievement Award. Once the awards presentation was over, the party began. The music was by Chateau, who kept the dance floor moving throughout the evening.

The main event of the weekend, the Eyes on Design car show, opened to the public at 10am Sunday June 9th. A large number of volunteers assisted the event staff in preparing and running the event. Their presence and dedication were much in evidence throughout the show. The Private Eyes Brunch also began at 10am. Billed as an “elegant Sunday morning brunch” and sponsored by Solutia and Lear Corp., Private Eyes provided an opportunity for people to fill up on delectable gourmet food before going out to attend the rest of the day’s events.

The cars were arranged on the rolling lawn in front of the DaimlerChrysler Headquarters building. The day was beautiful, and the 209 entries sparkled under the sun. All the vehicles were separated into different classes and judged by a small design team. Judging is based not on the quality of the restoration or authenticity but on the design character, emotional appeal and artistic excellence of the vehicle.

One winner is awarded in each class, in addition to a number of special awards and honors that are given out. Of special interest are The Visionaries, a group of vision-impaired youths who don white gloves to judge one selected class of cars based on touch, not sight.

The awards this year were beautiful crystal sculptures created by distinguished designer Steven V. Corriea. Steven first created trophies for the 10th anniversary Eyes on Design, and his work was so outstanding, he has been invited to create the awards every year since.

This year’s winners were:

Besides the privately entered vehicles, there were a significant number of concept and near future production vehicles brought out by the manufactures. The Cadillac Cien, Jeep Compass, Dodge Razor and Pontiac Solstice were representative of the concepts shown while the 2003 Saturn Sky, 2004 Chrysler Pacifica, and the Chevrolet SSR are vehicles that will be in the showroom within the next 2 years.

Two other displays are worth mentioning. Under a large white tent was a gathering of racecars from the Indianapolis Motor Speedway Hall of Fame Museum. Included were some of the early winners of the event - one of the turbine-powered STP machines, the car A.J. Foyt drove to his 4th win, and a Stewart/Ford Formula One car. Also on display were some of the most significant vehicles from collector Harold Sullivan’s collection of Mopar (Plymouth, Dodge, Chrysler) muscle cars.

In addition to the cars, there were a variety of other fund raising activities and displays. The Art Exhibition, sponsored by Intier Automotive, is a display by some of the finest automotive artists in the country. Each featured artist not only displays some of his work, but also selects a piece for a silent auction during the Eyes on Design show.

A portion of all sales made during the show goes to the DIO. A raffle was held for a Limited Edition 2002 Chrysler PT Cruiser, $2000 or $1000 cash. There was a radio control car track that kids and adults could race one another on. Ticket holders were entitled to either a ride in a hot air balloon or a chance to climb a rock wall. Anyone who purchased a general admission ticket was given free admission to the Walter P. Chrysler museum.

This year’s series of events went very well, despite the challenges of moving to a new venue and some reservations by the public. Wendy Morgan, Special Events Coordinator and a staff member at the DIO, stated that reactions to the event this year were very positive from the public, the entrants and the DaimlerChrysler staff involved. The Eyes on Design show puts automotive design on display for all to appreciate, and it’s unlikely that anyone went away disappointed. 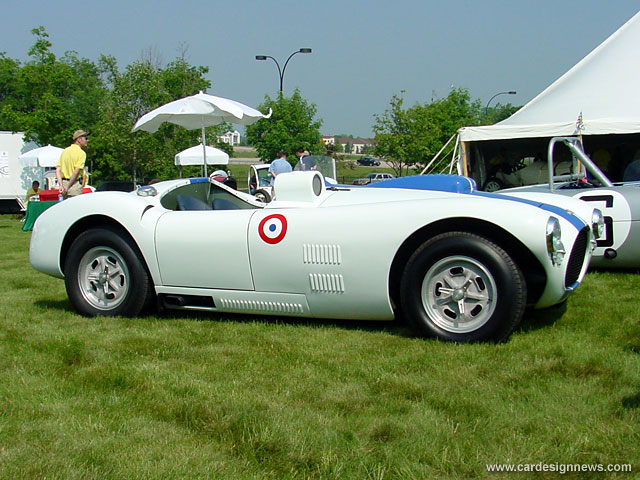 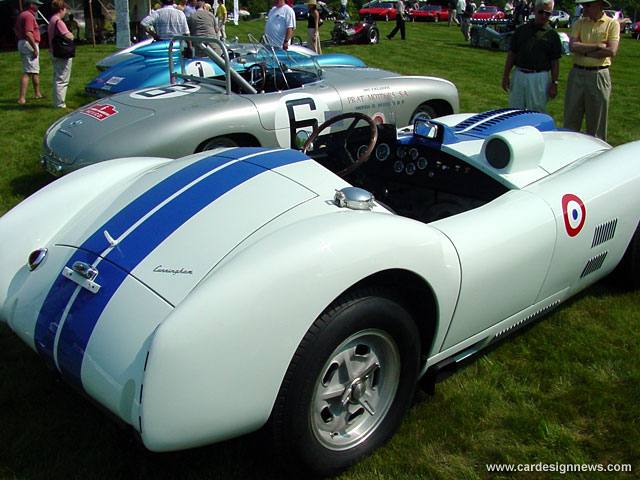 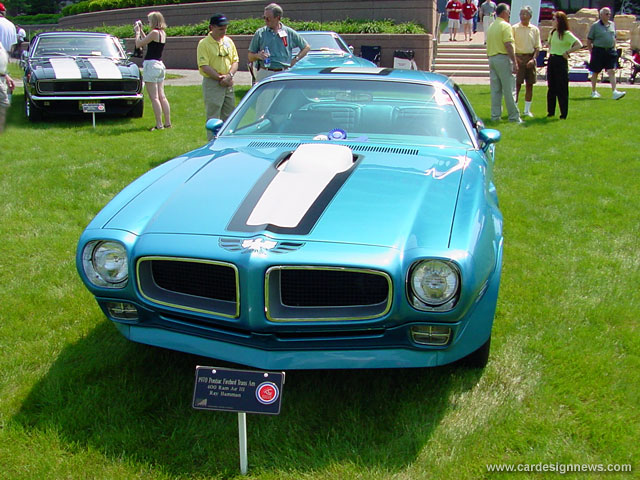 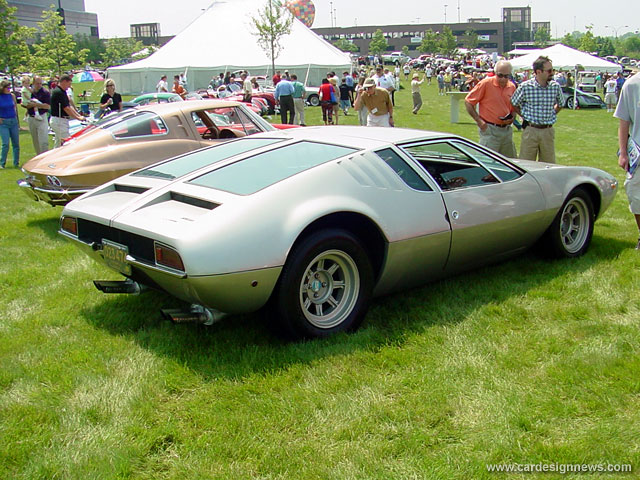 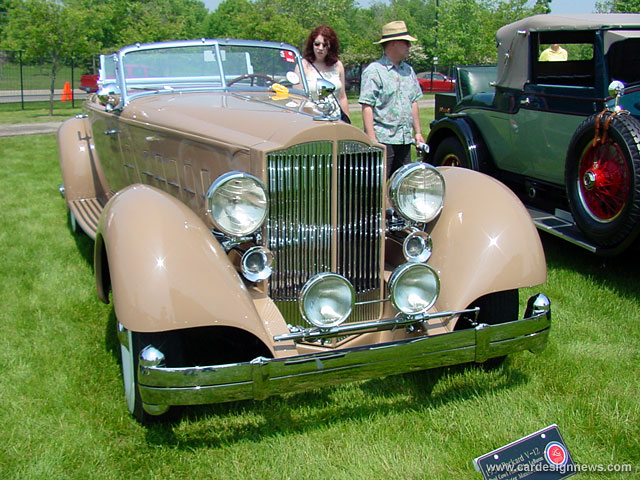 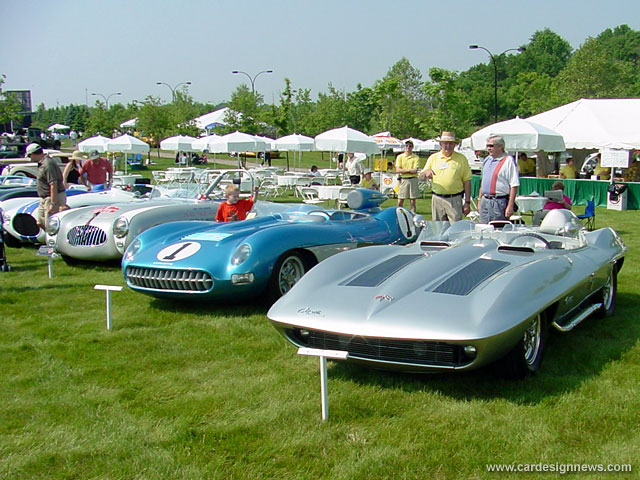 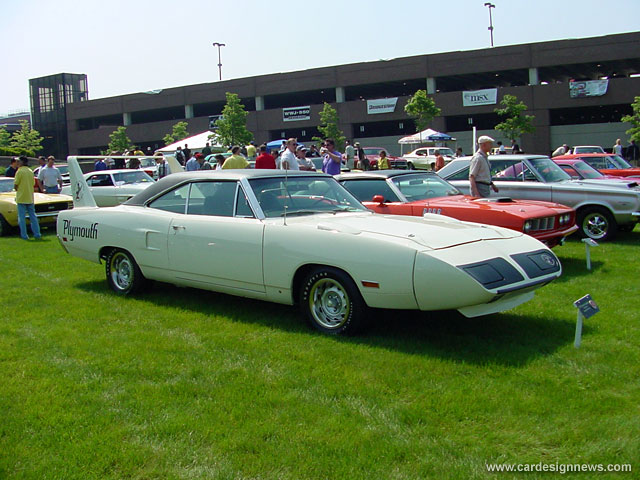 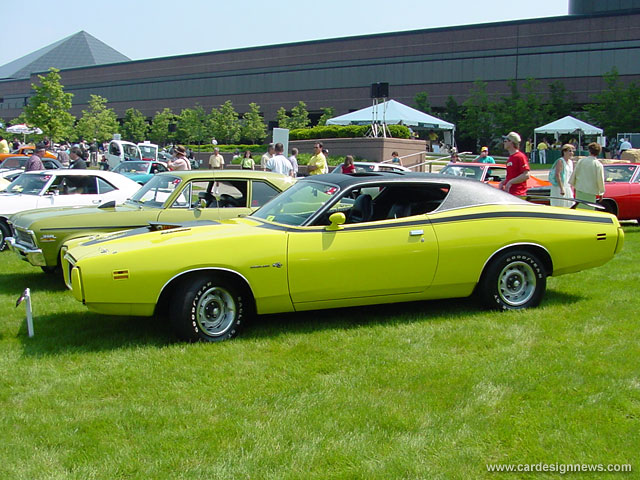 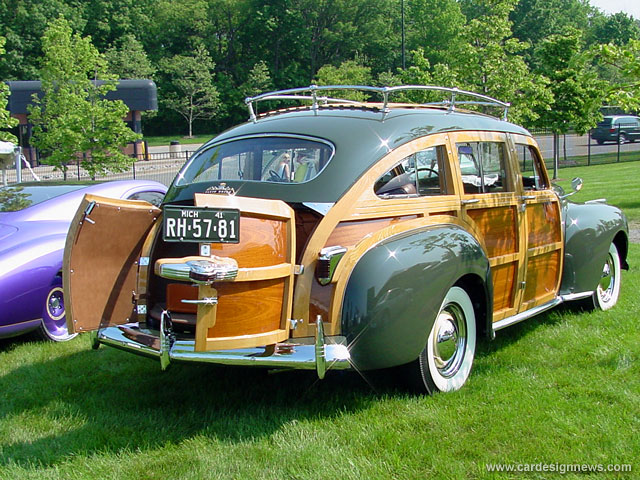 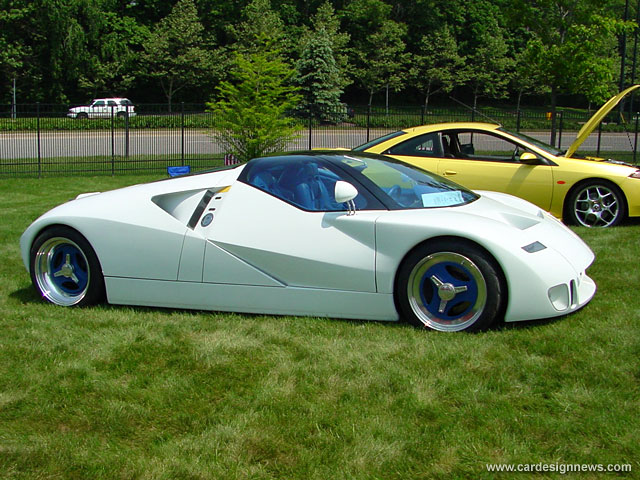 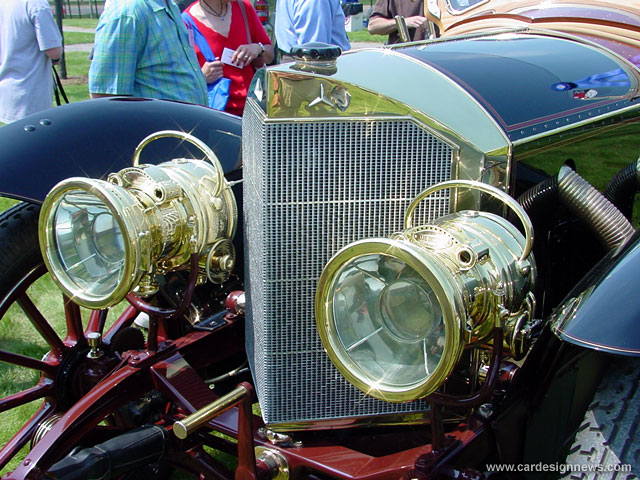 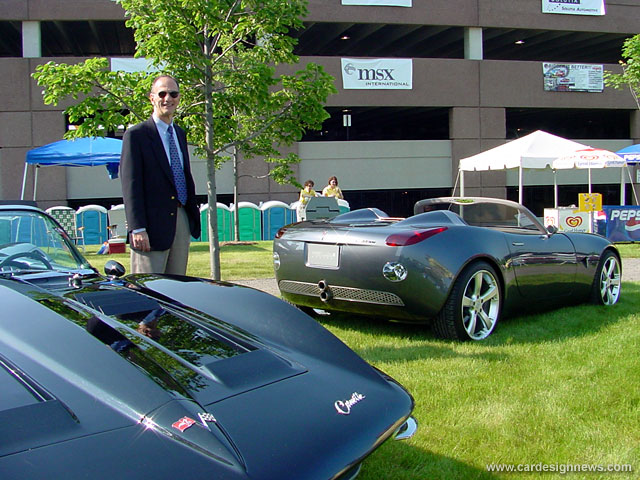 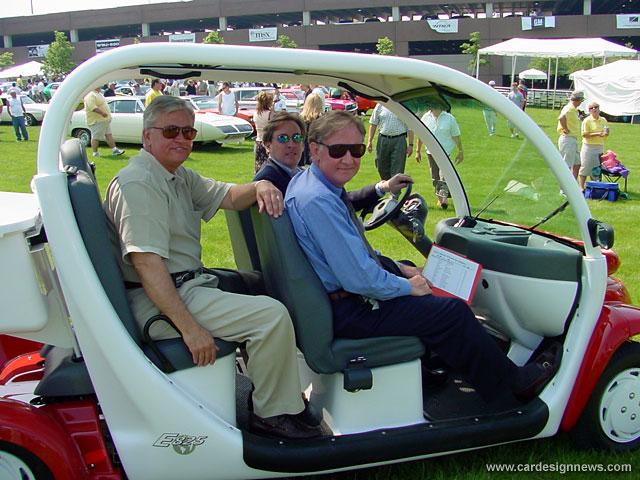