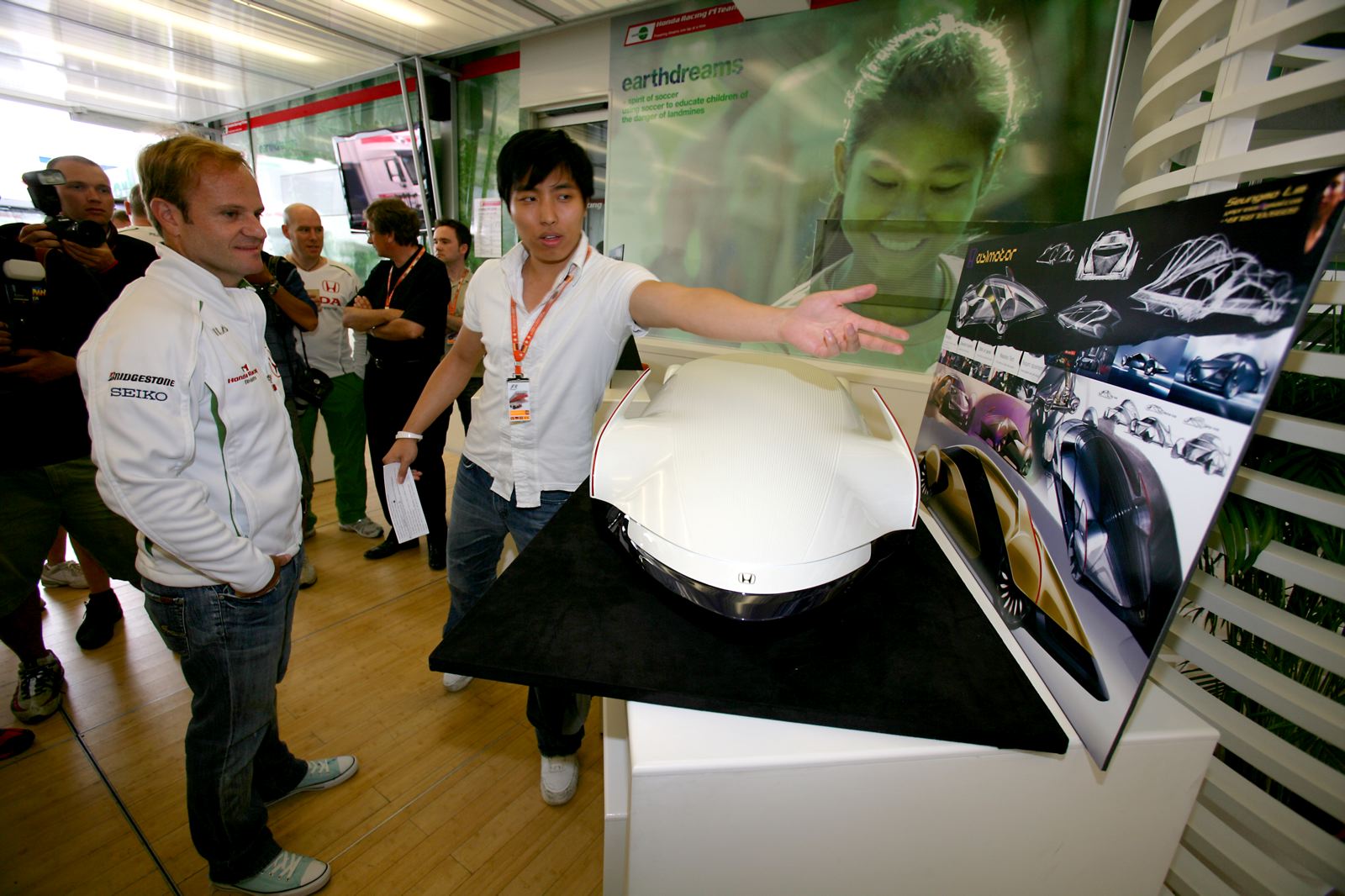 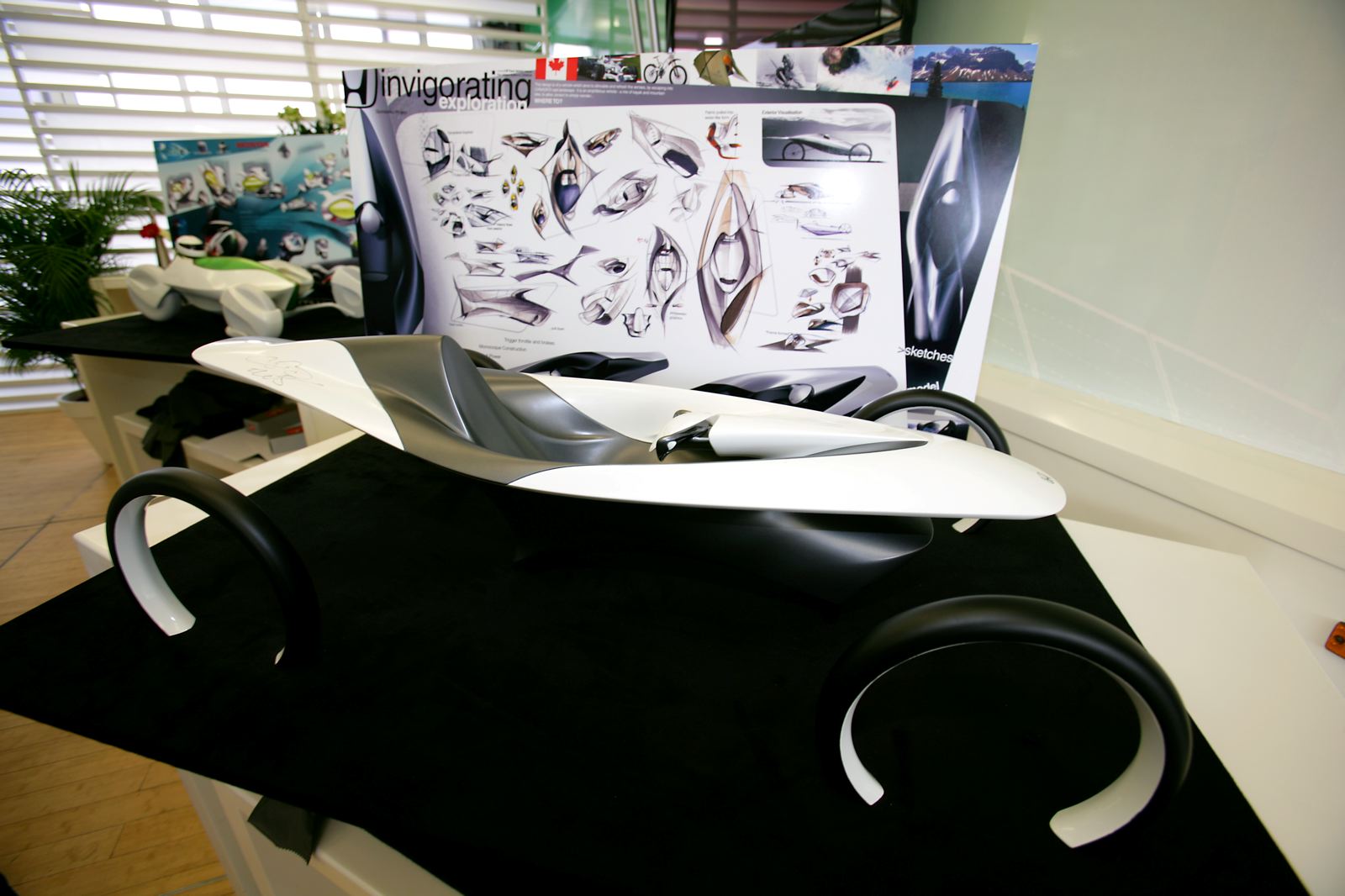 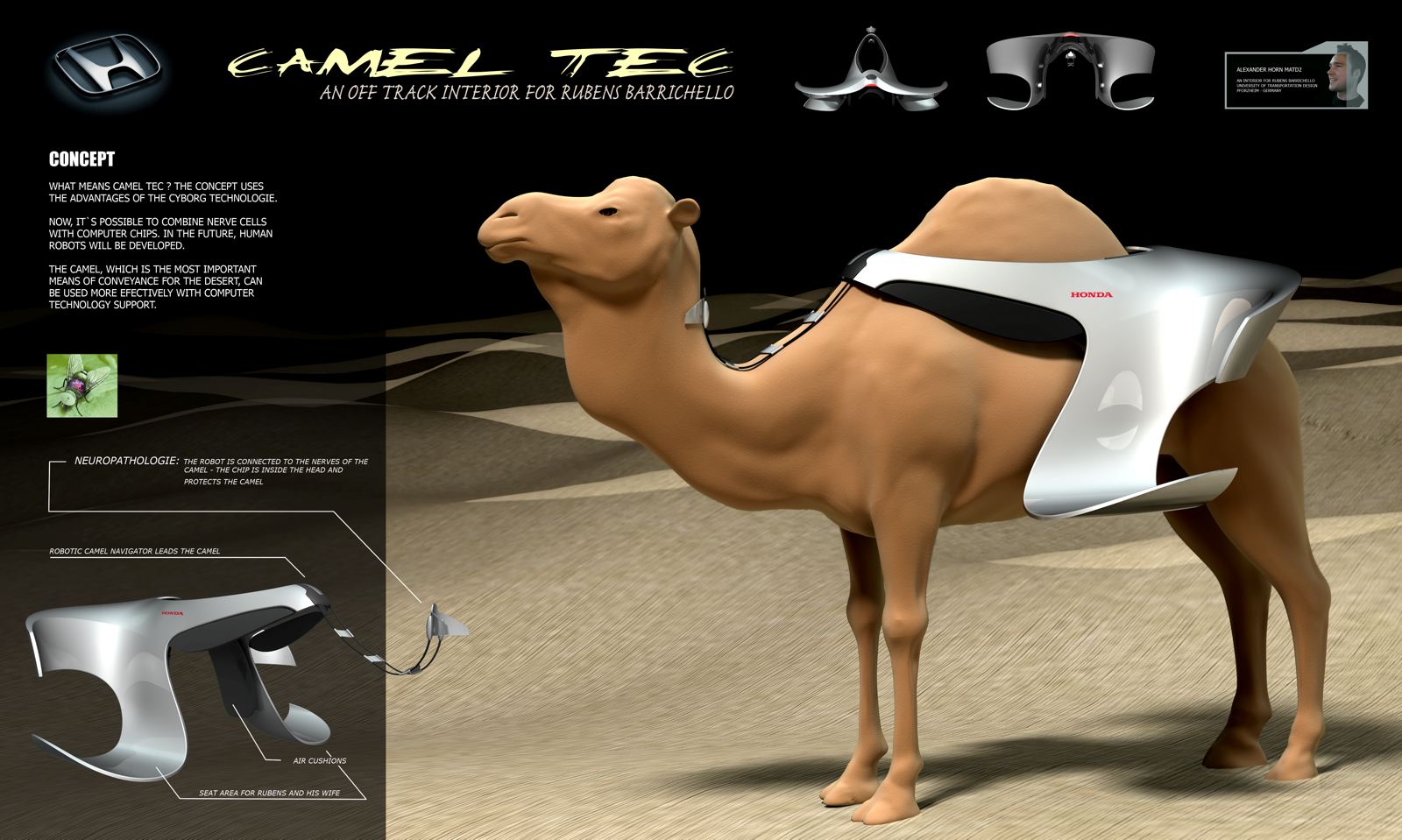 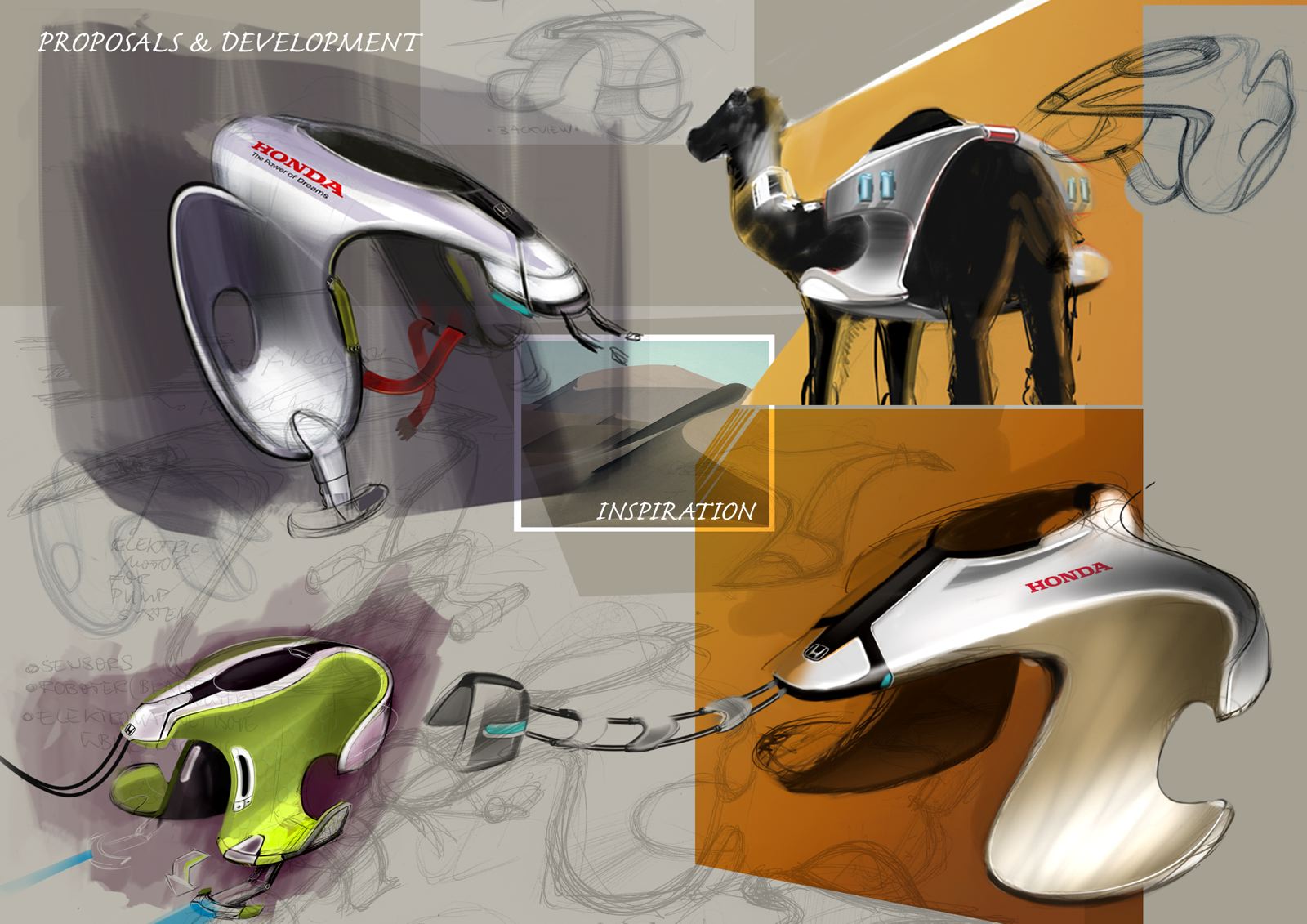 Students of the Masters in Transportation Design course at Pforzheim University in Germany have been working on a rather special project: to create designs for ‘off-track' cars for Honda's F1 drivers Jenson Button and Rubens Barrichello, incorporating Honda's environmentally conscious fuel-cell technology.

Sponsored by Honda R&D Europe, the project has been running for the last three years. This year the vehicles had to be designed with a theme based on a GP host country of each student's choice. 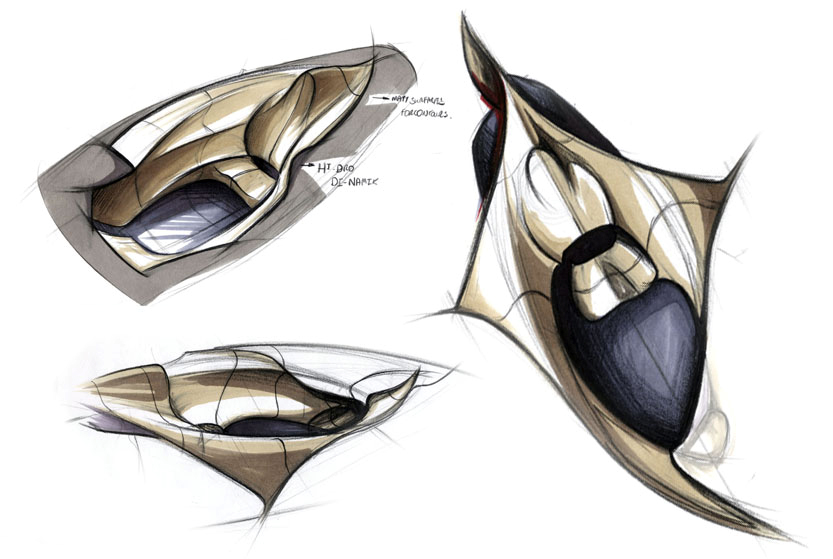 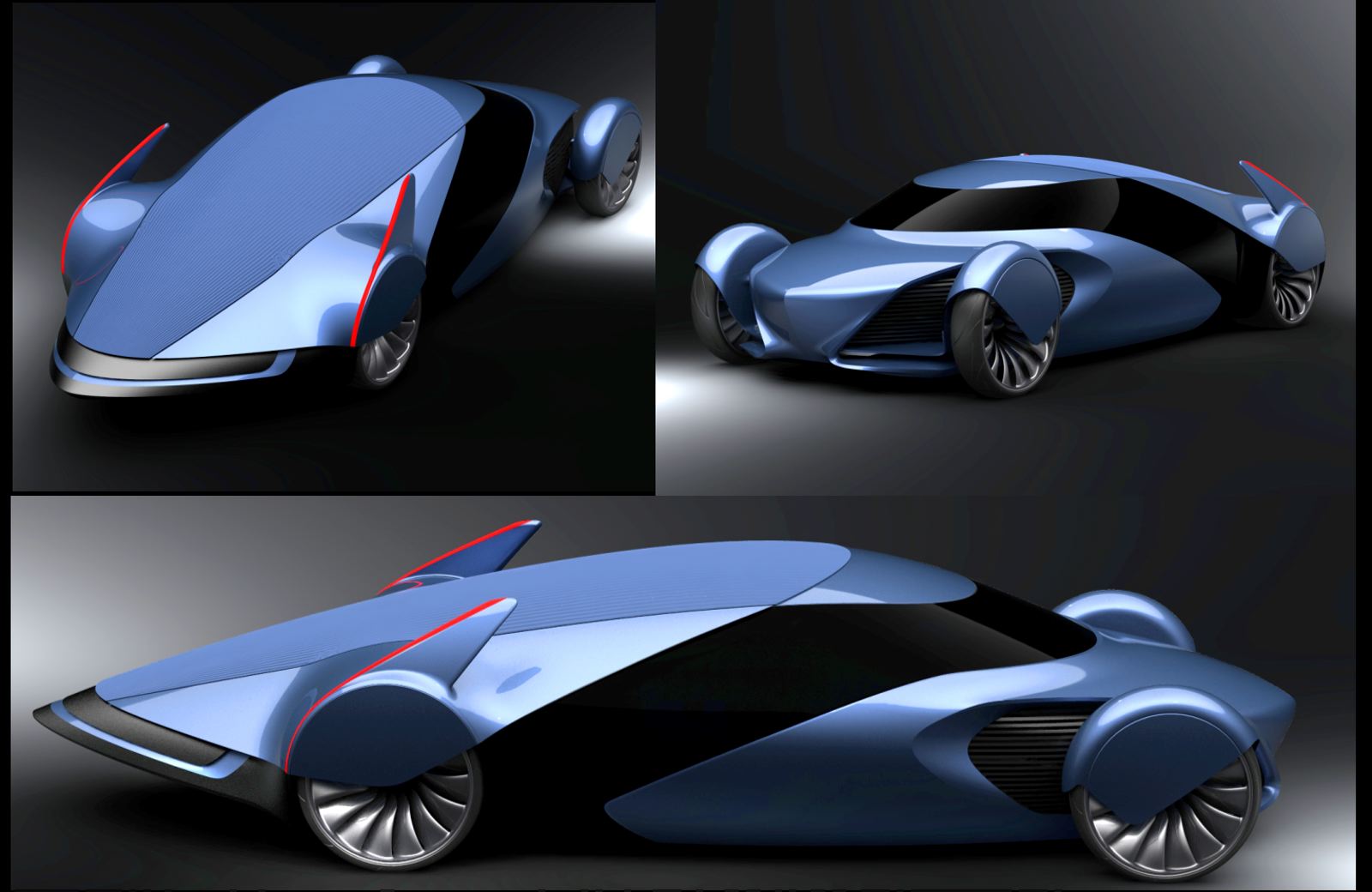 "This gets the young designers to think more about the cultures they are designing for. It is also a response to the current trend of car design becoming so "globalized", that regional differences in style are more and more difficult to see," commented Oluf Bendixen, Project Designer and leader of student activities for the Honda 4 Wheel Design Department in Europe.

For the students, this design process was a chance to gain experience in collaborating with a major company, while Honda could observe young people develop new and sometimes rather unusual ideas.

The project began in mid-March and went through to mid-July 2008. The 14 students that participated were a very international mix coming from Germany, India, China, Brazil, Korea and Japan. The first semester students did exterior proposals while the students in the second semester concentrated on interior proposals.

All the design work was carried out in Pforzheim, with design reviews held every two weeks at the Pforzheim campus together with the Honda designers - Oluf Bendixen, Carsten Tilscher and Masaki Kobayashi, Department Manager of 4 Wheel Design.

"Doing sponsored projects like this is a great way to stay in touch with the latest up and coming designers and trends in the transportation design field," explained Masaki Kobayashi.

The final work was to be a three dimensional virtual model using alias software, an industry standard. Each single proposal was truly impressive. However, only four of them could be chosen to be made into quarter scale models, which Honda helped the students produce in a record time of just two weeks!

The four students selected could then present the models of their proposals to Ross Brawn (Team Principal), Jenson Button and Rubens Barrichello in the Honda Racing F1 Team motor home in the F1 paddock prior to the German Grand Prix in Hockenheim.

The week after the Hockenheim GP all participants were invited to the Honda R&D Facility to make a final presentation of their works to Honda's Executive Vice President, Kazutoshi Nishizawa, the design staff and other members of Honda R&D Europe.