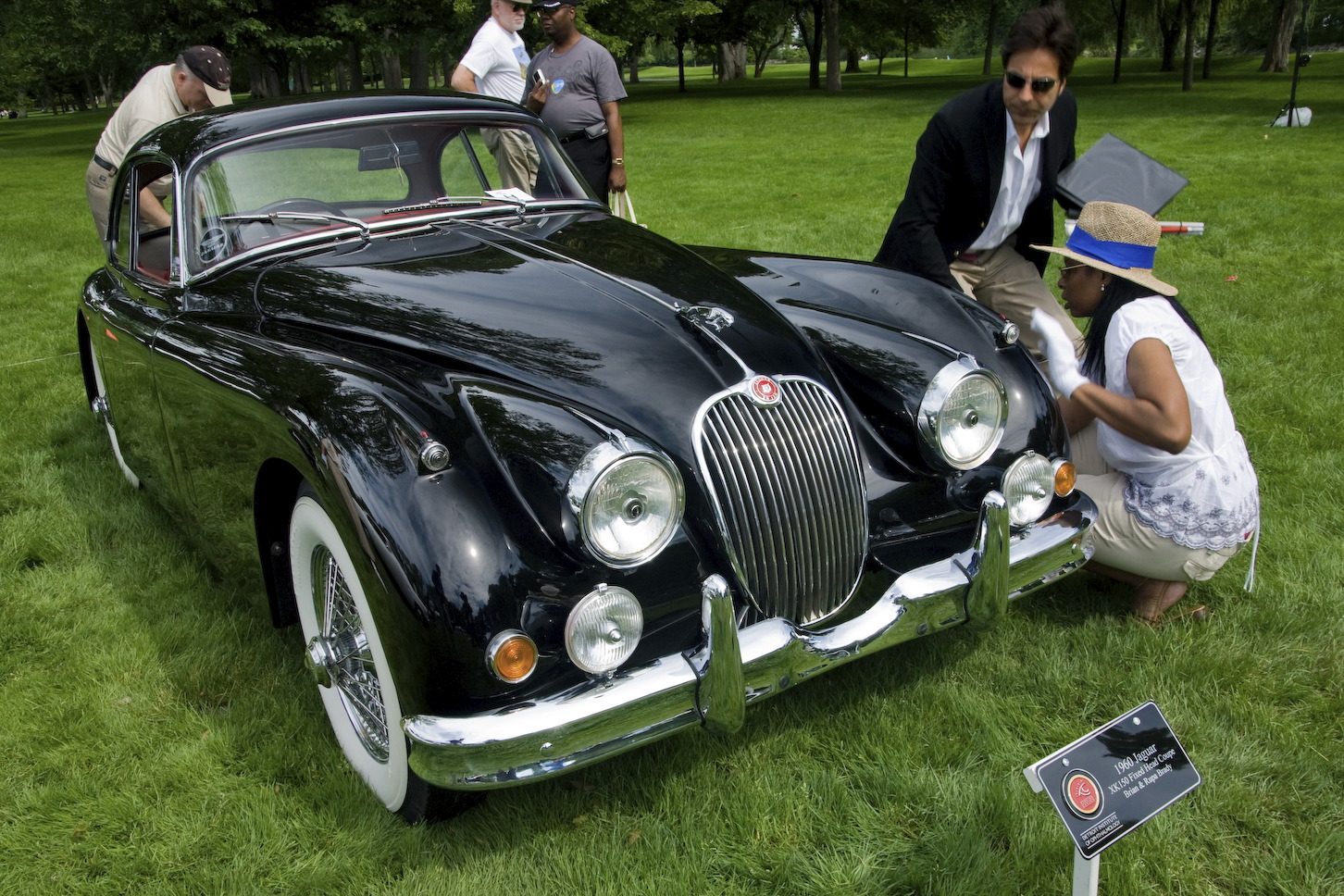 A Visionary is guided around a Jaguar XK 140 by one of the judges. Click for larger images 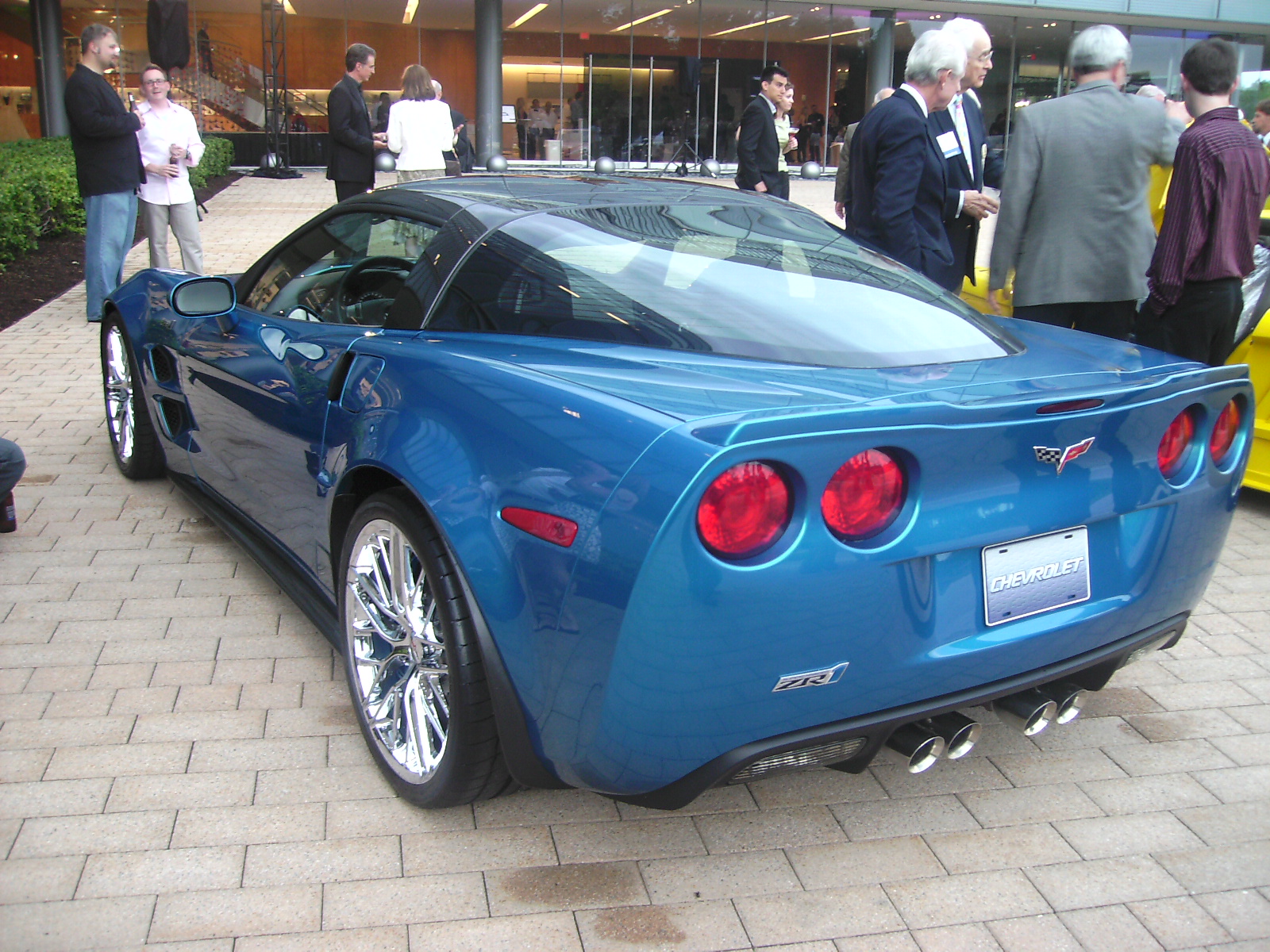 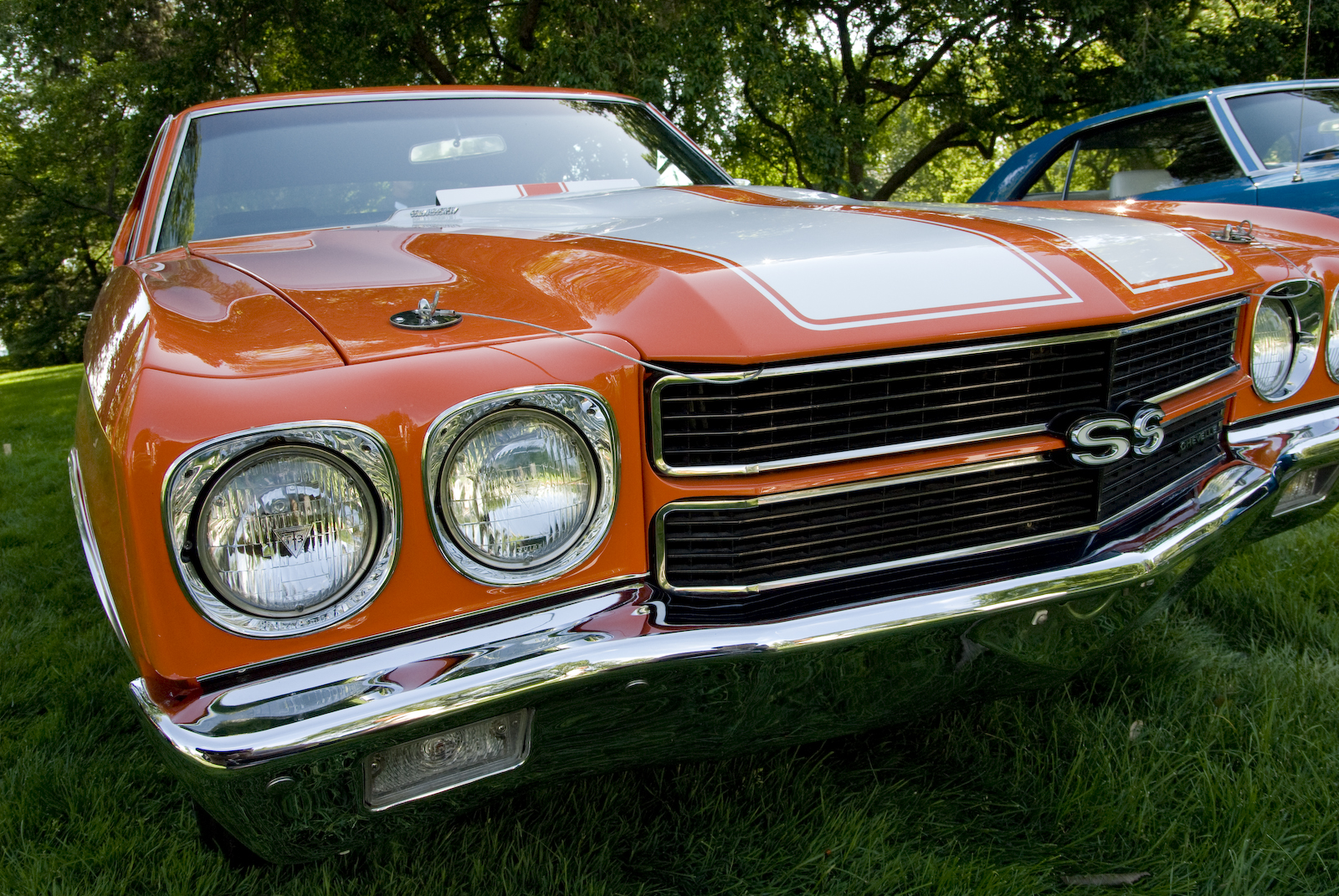 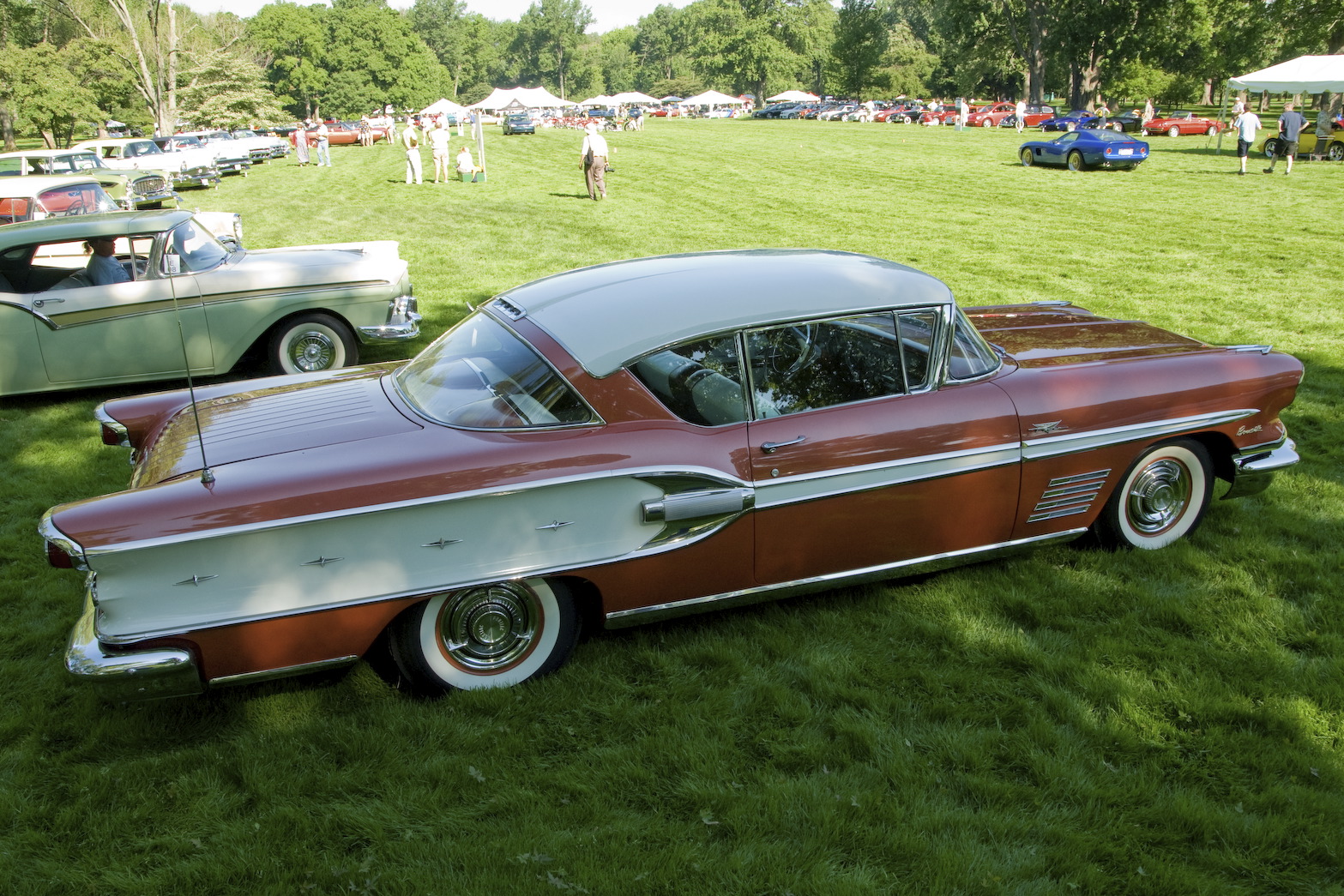 If seeing is believing, then the Detroit Institute of Ophthalmology (DIO) does their share of making new believers annually, including those who are visually impaired. Originally founded in 1972 by Dr. Philip Hessburg and his associates in Grosse Pointe, Michigan, out of a genuine appreciation for fine automobiles, the DIO gives credit to the designers who have given these cars their individual beauty. As Bill Mitchell once said; "It's a sin to make an ugly car. The cost of designing, engineering, and manufacturing are virtually the same, ugly or beautiful." In most cases, this still holds true today. 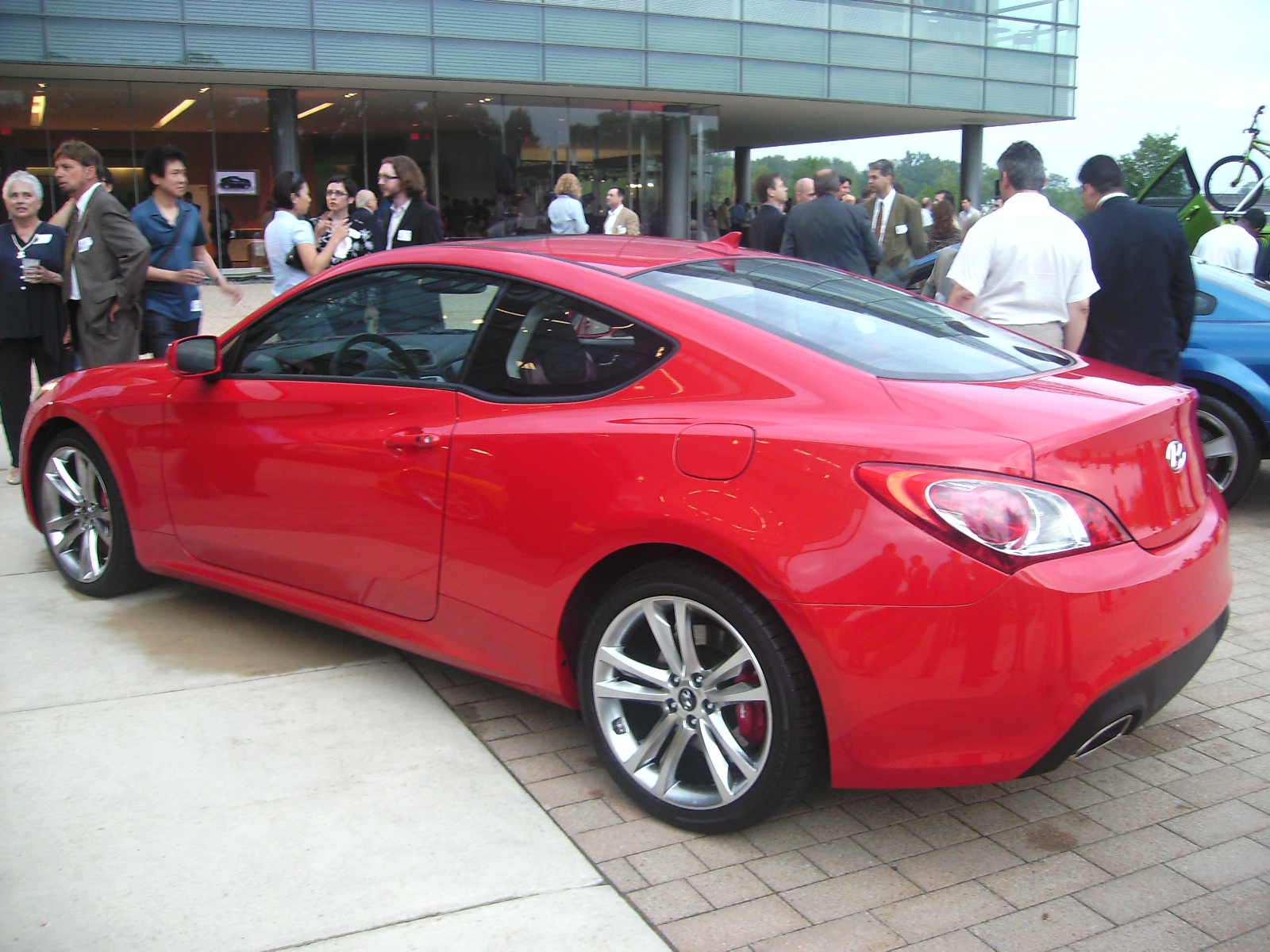 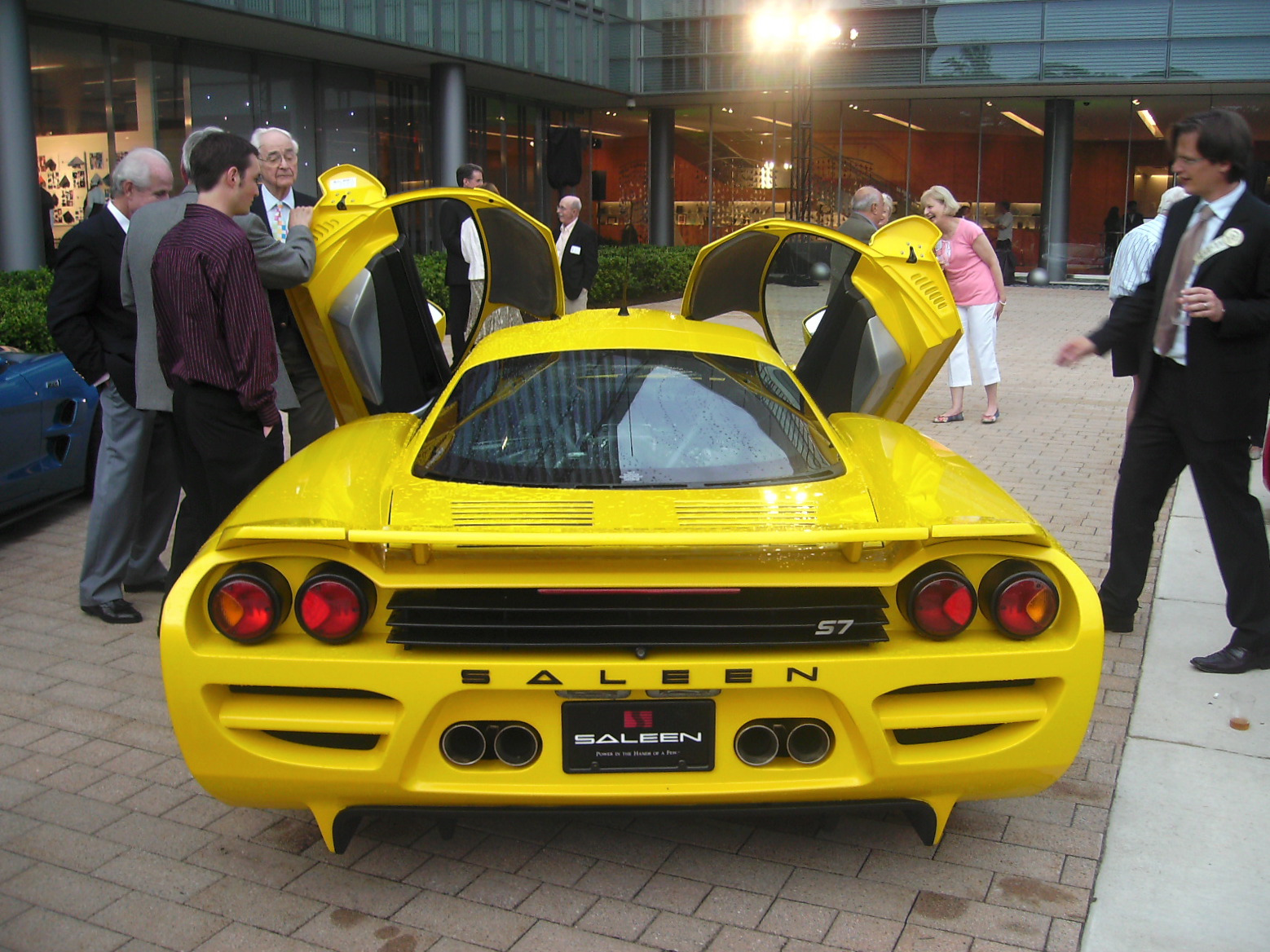 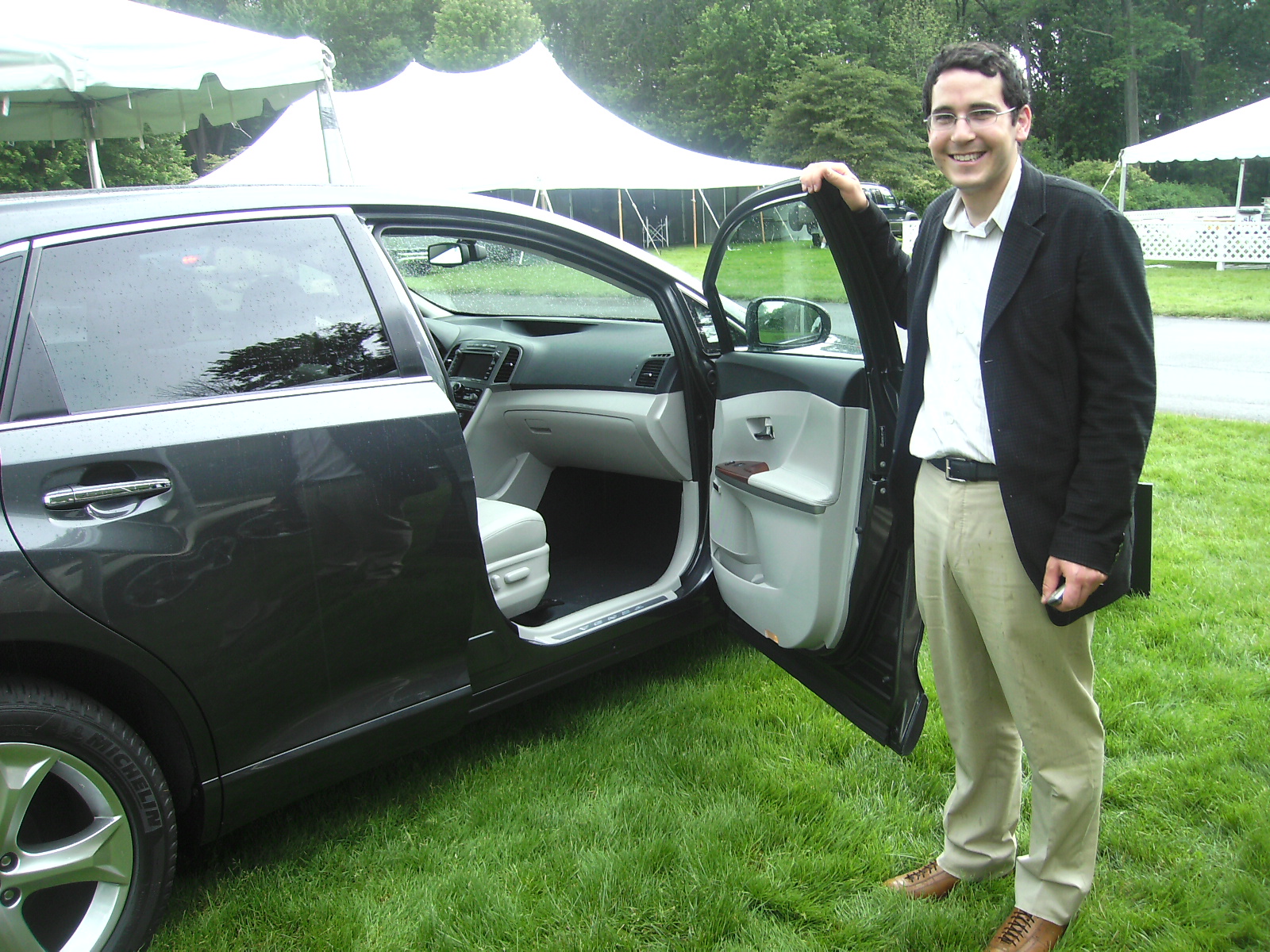 The theme of this year's show was 'Innovative Technology and Design' and General Motors was one of the main sponsors along with Toyota, Hyundai, Nissan and Honda R&D of America. In addition, a long list of suppliers joined the list including Lear and BASF as well as top tier suppliers working close with the industry to help make these wonderful creations on wheels.

This year's Honorary Chairman was Rick Wagoner, President and CEO at GM who was quite the appropriate choice considering the company will be celebrating their 100 years of existence this September.

Each year, the DIO kicks off their yearly event schedule with the EyesOn Design awards at the NAIAS during the press preview, where prizes are given to the best concept and production vehicles. These prestigious awards are selected and judged by only the top automotive design experts from around the world and were led this year by Chris Bangle (Chief of BMW Group Design), Jack Telnak (retired Vice President of Ford Motor Company), and Nate Young (Art Center College of Design Executive Vice President at the time).

Not until the Father's Day weekend in June do the ceremonies continue, as in the state of Michigan it is probably the nicest time of the year and beginning of the summer car show season. So, on Friday June 13, the DIO held the 'Eve of Eyes', which is sponsored every year by a different design studio in southeastern Michigan.

This year's sponsor was the Lear Corporation who held the celebration at their World Headquarters in Southfield Michigan. A selection of vehicles were on display there, with Lear touting their involvement with the new Toyota Vensa, the Hyundai Genesis Coupe, a Corvette ZR-1, a mid-engine Saleen, and the new Range Rover. In a separate area, the Chevrolet Volt Concept, Hyundai Helios, and Toyota A-BAT Hybrid Concept were present on Friday as well as on Sunday giving an indication toward a greener future.