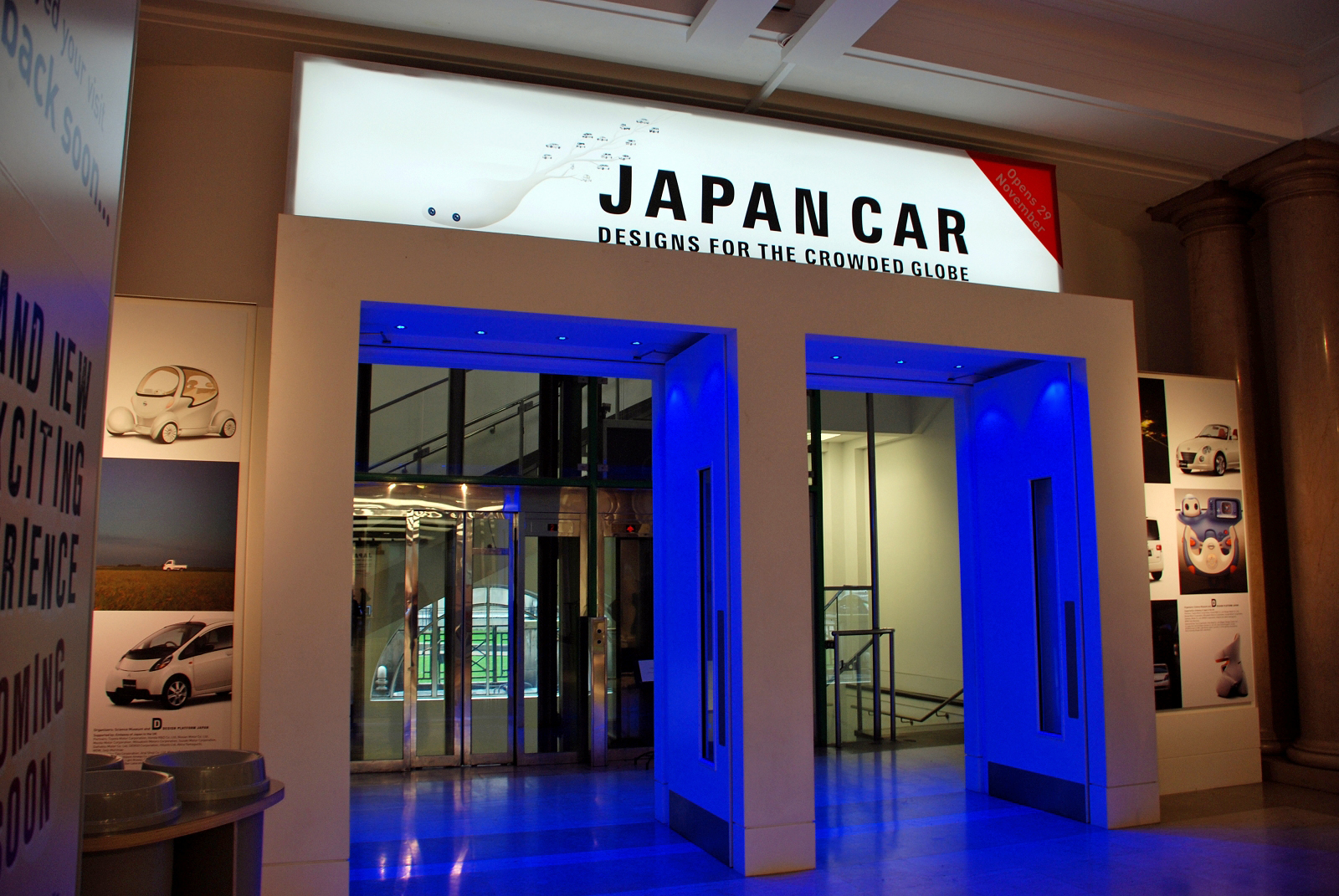 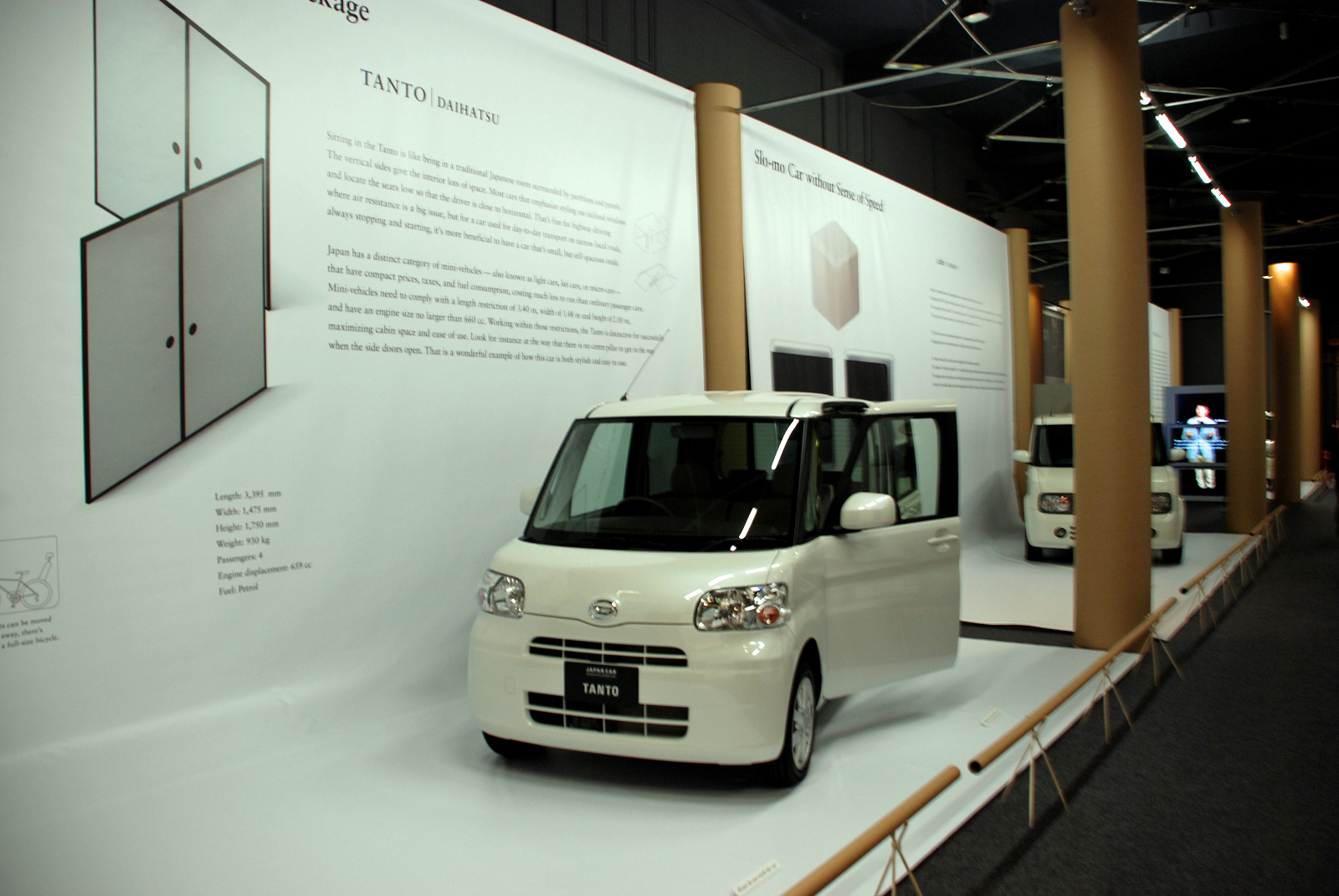 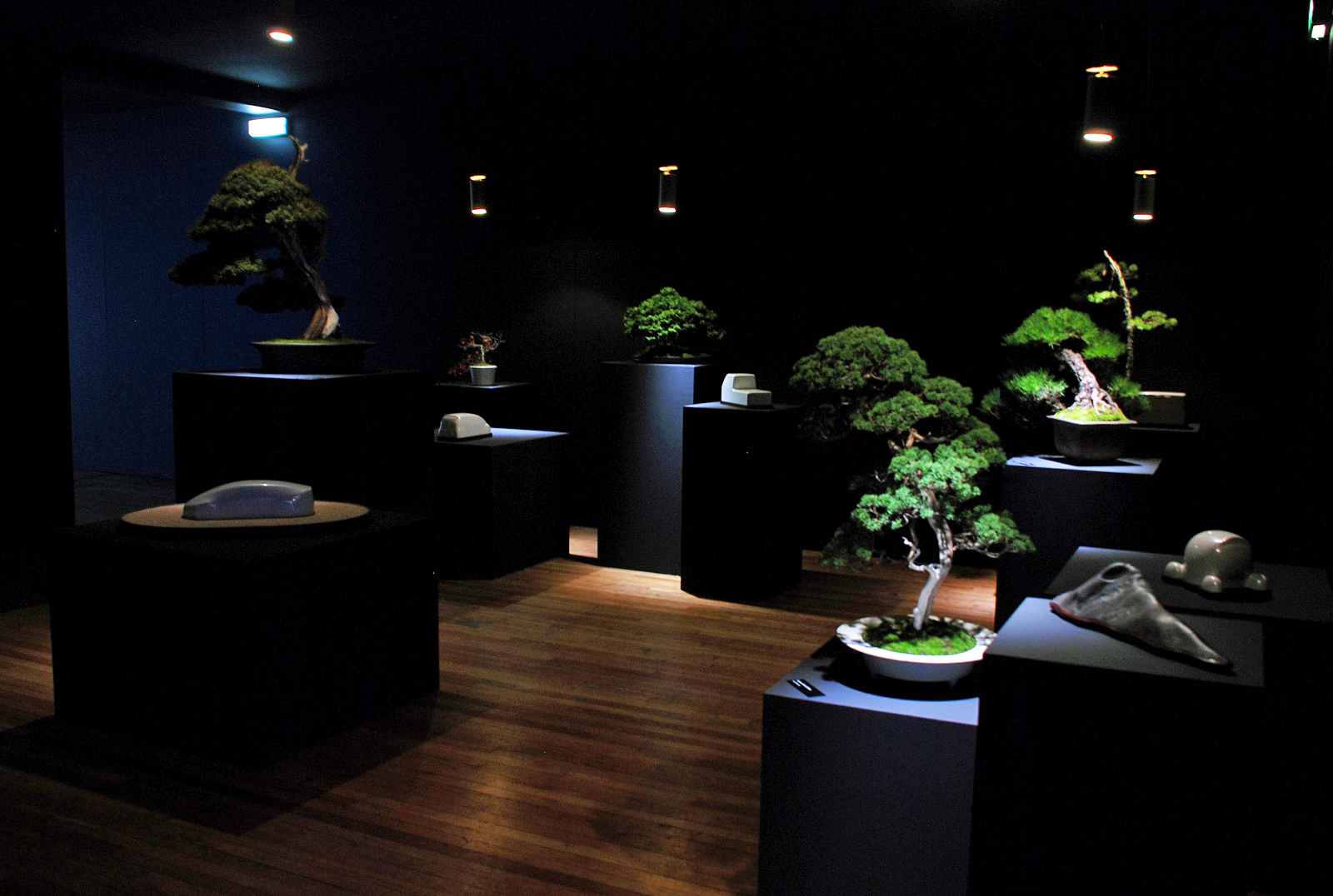 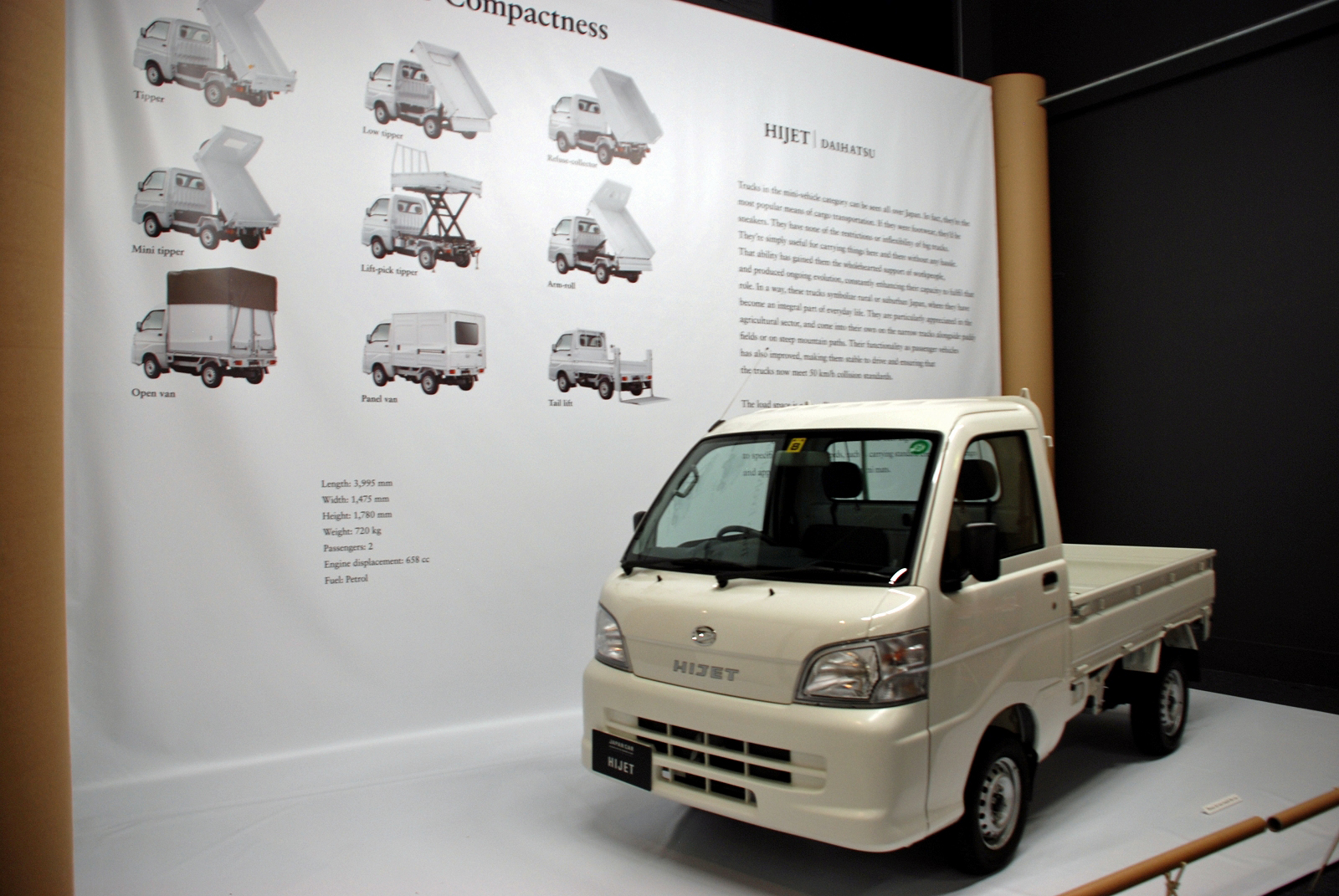 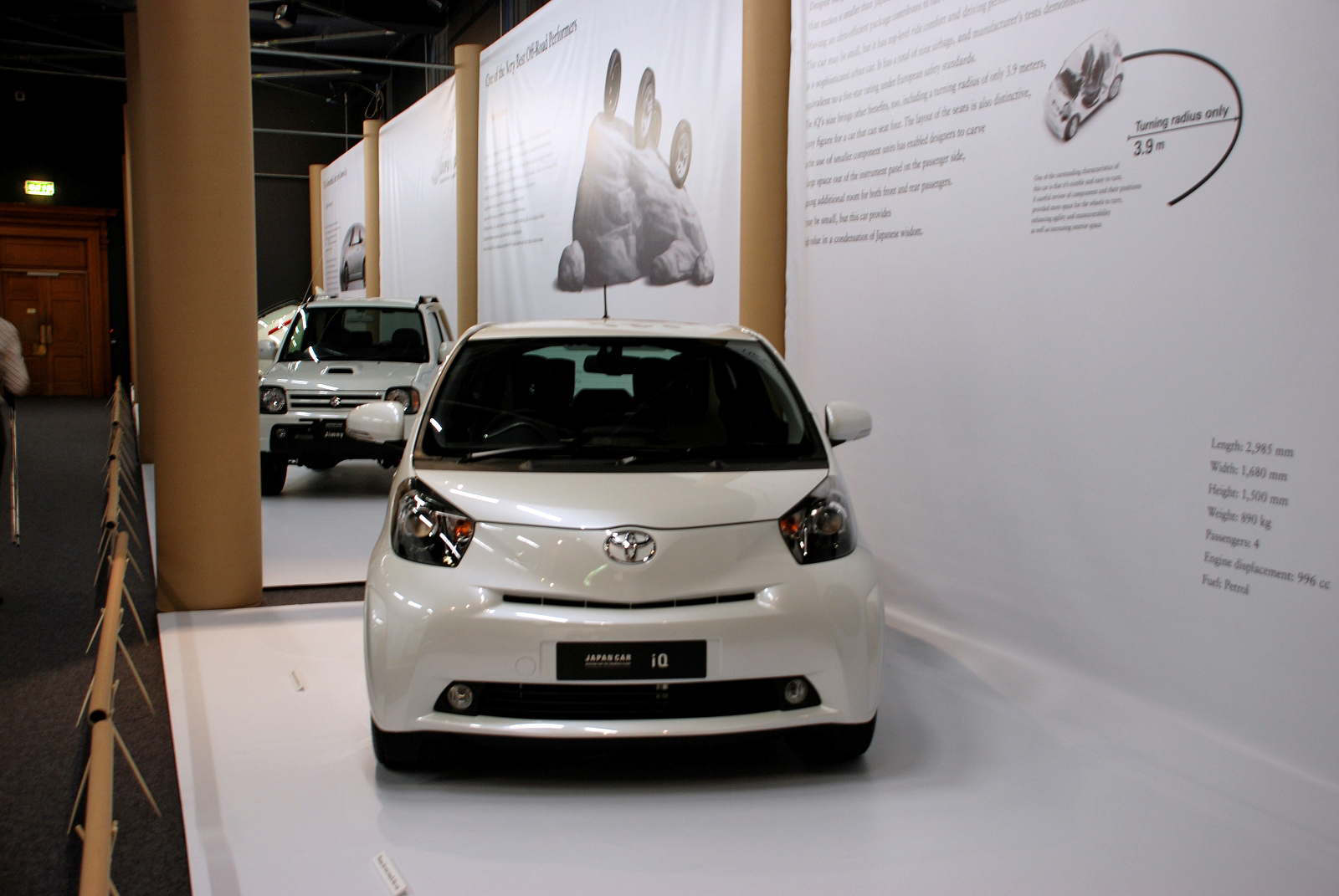 The diminutive Daihatsu Hijet truck and the innovative Toyota iQ 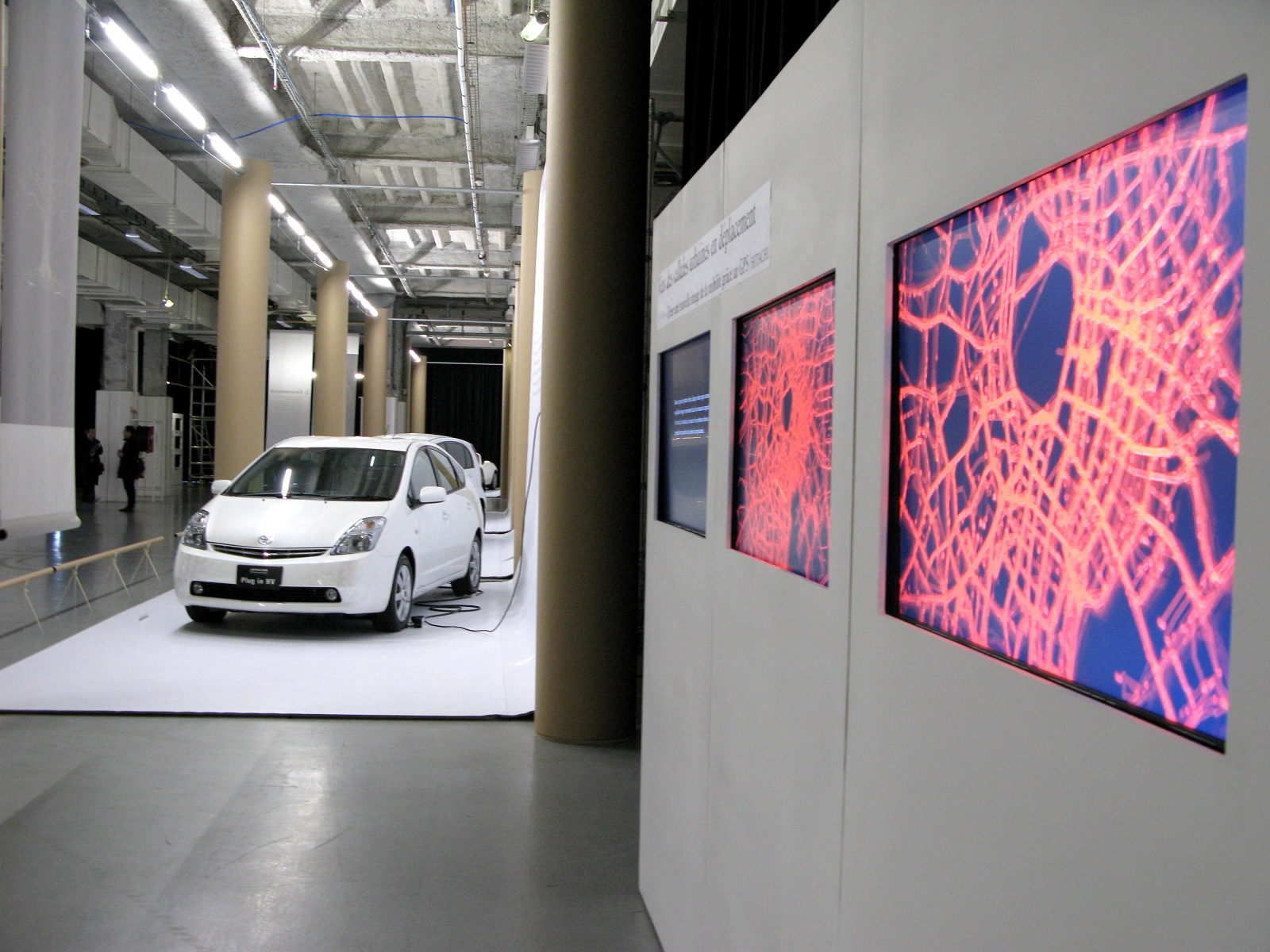 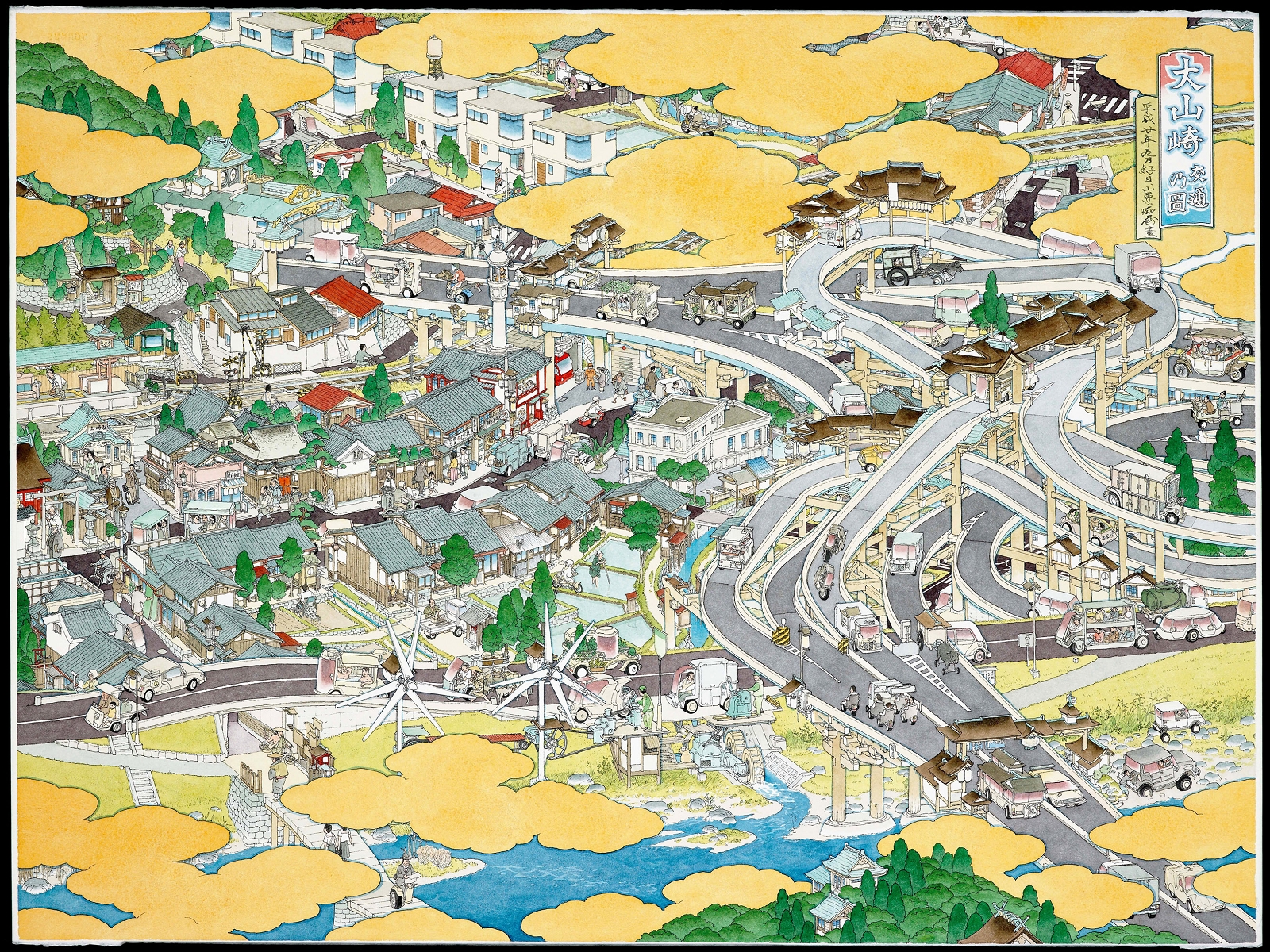 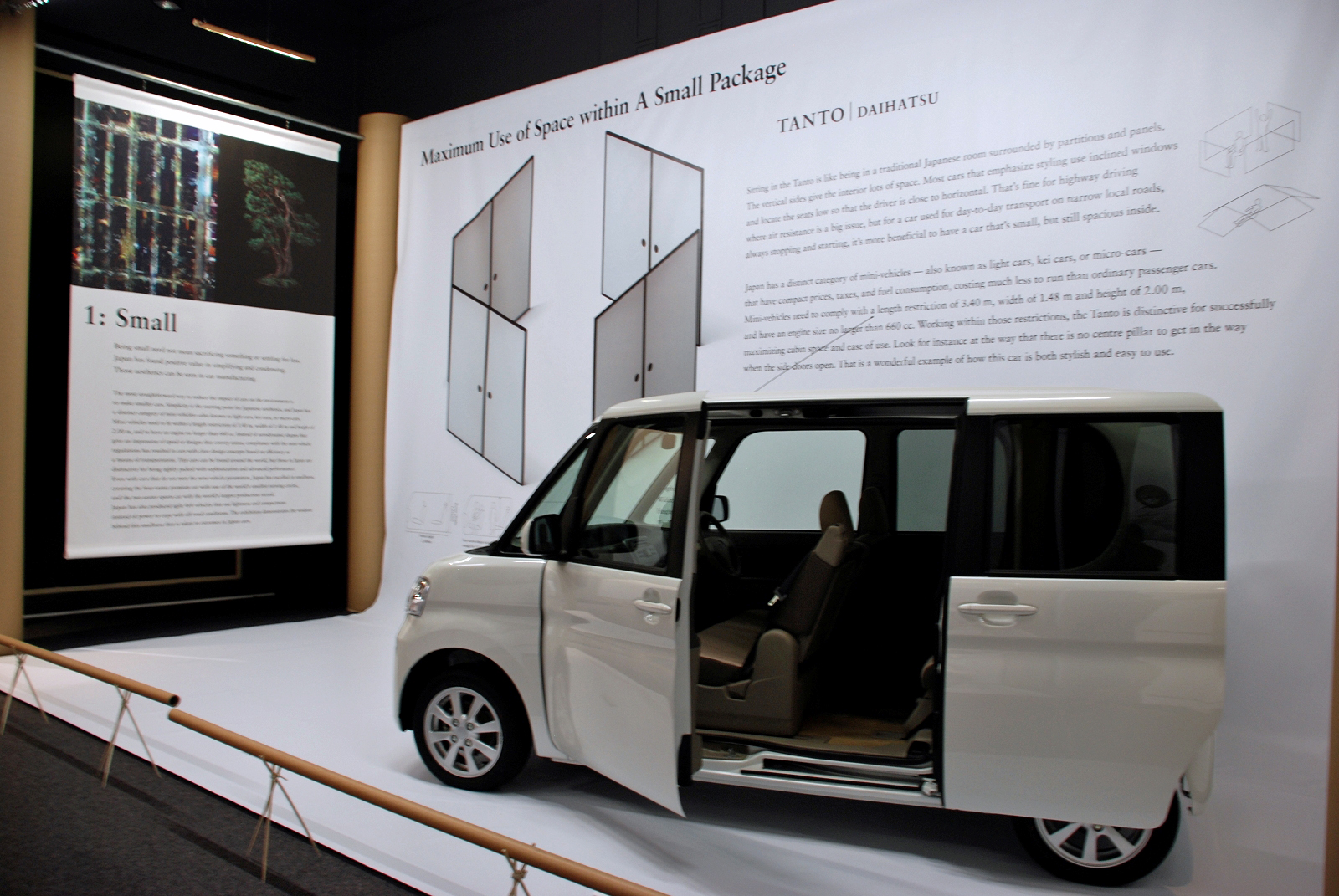 The Daihatcu Tanto is devoid of B-pillars and has a rear sliding door
Photos: Eric Gallina and Michael Barrett

The Science Museum in London, UK is hosting the Japan Car: Designs for the Crowed Globe exhibition, sponsored by seven Japanese automobile manufacturers. An exploration of the car as a 'mobile cell', the exhibition has been conceived by graphic designer Kenya Hara and architect Shigeru Ban to show how Japanese design reflects the 'soil and spirit' of Japan, depicted by concept cars and models specific to the Japanese market. 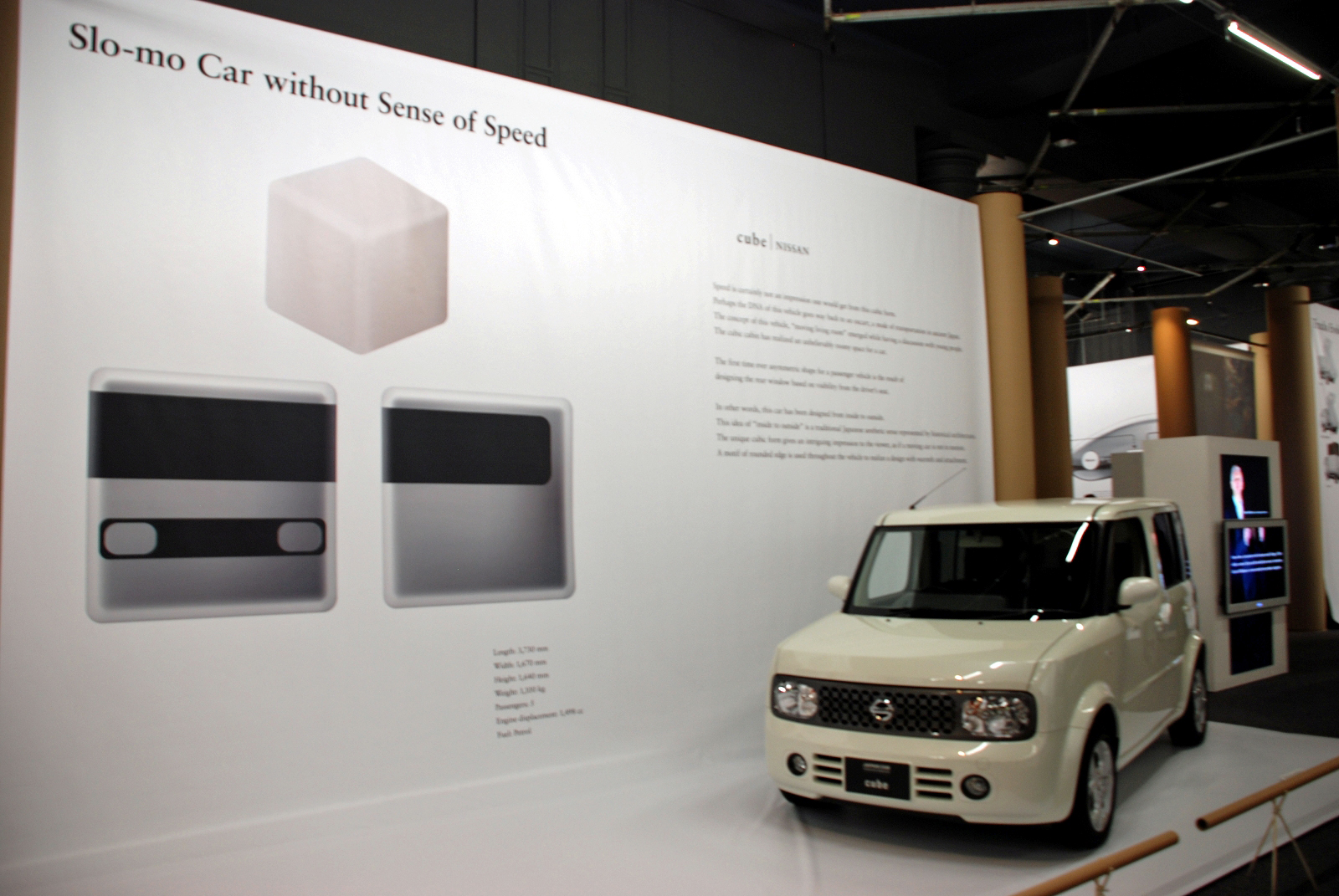 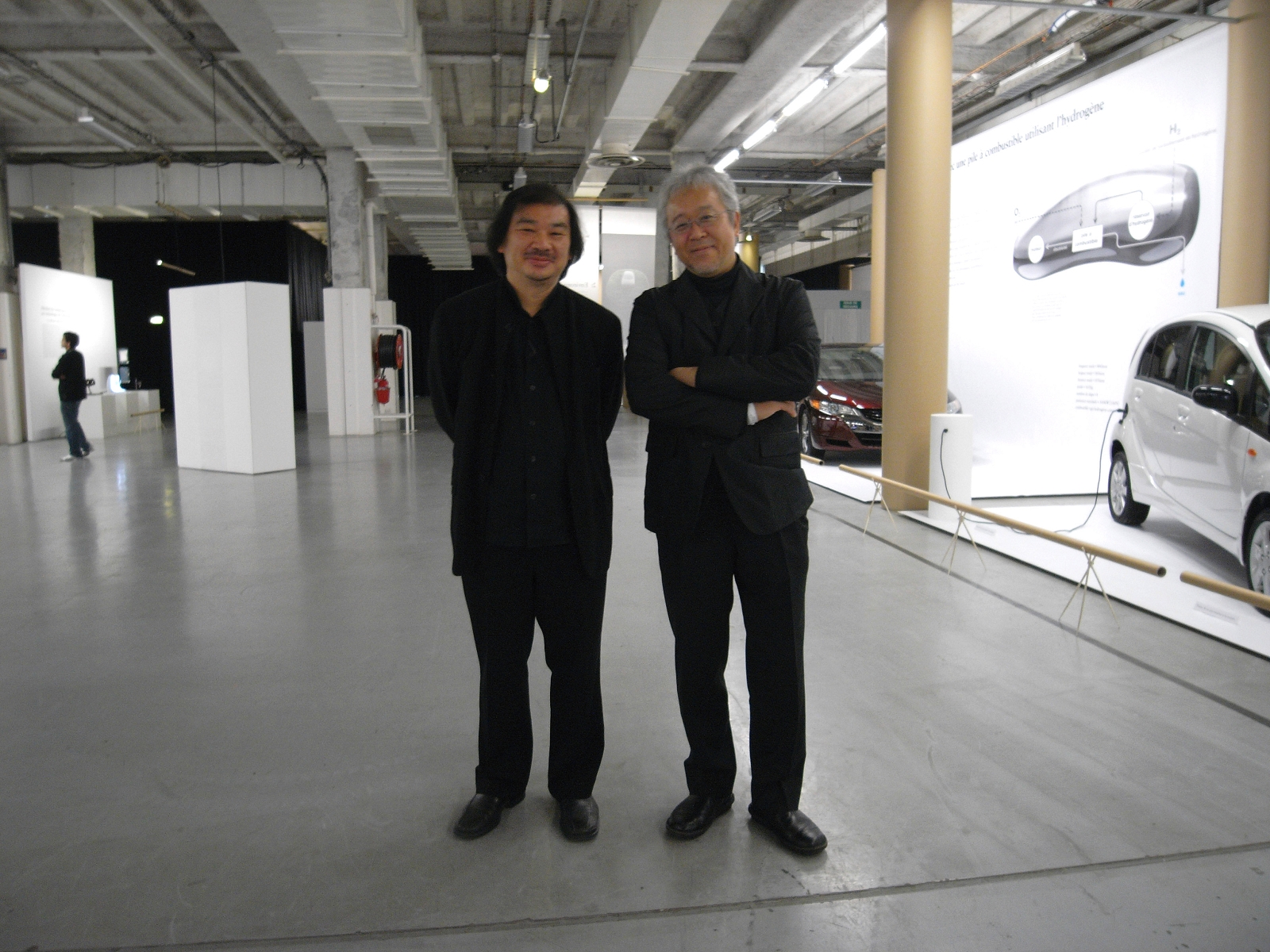 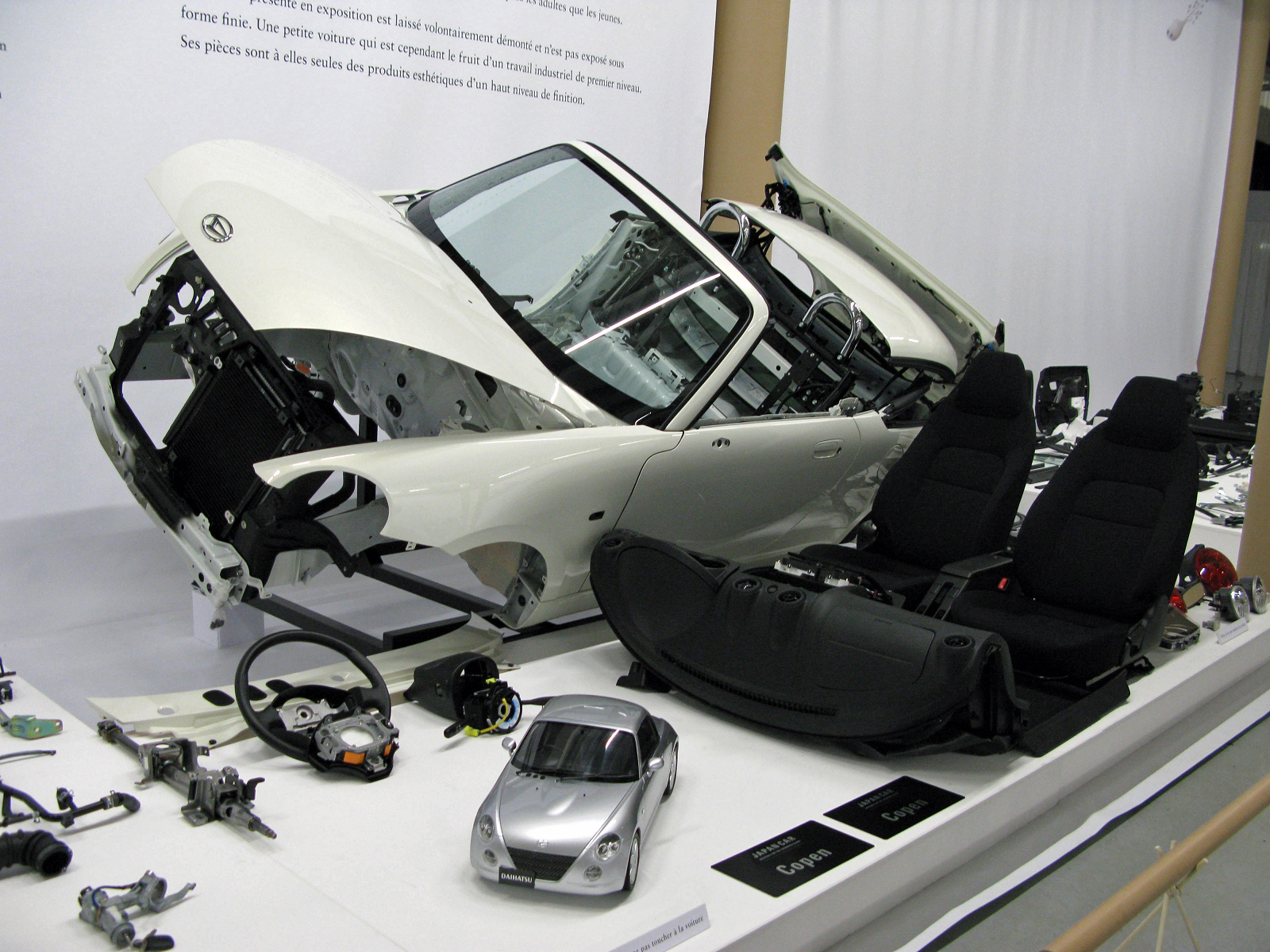 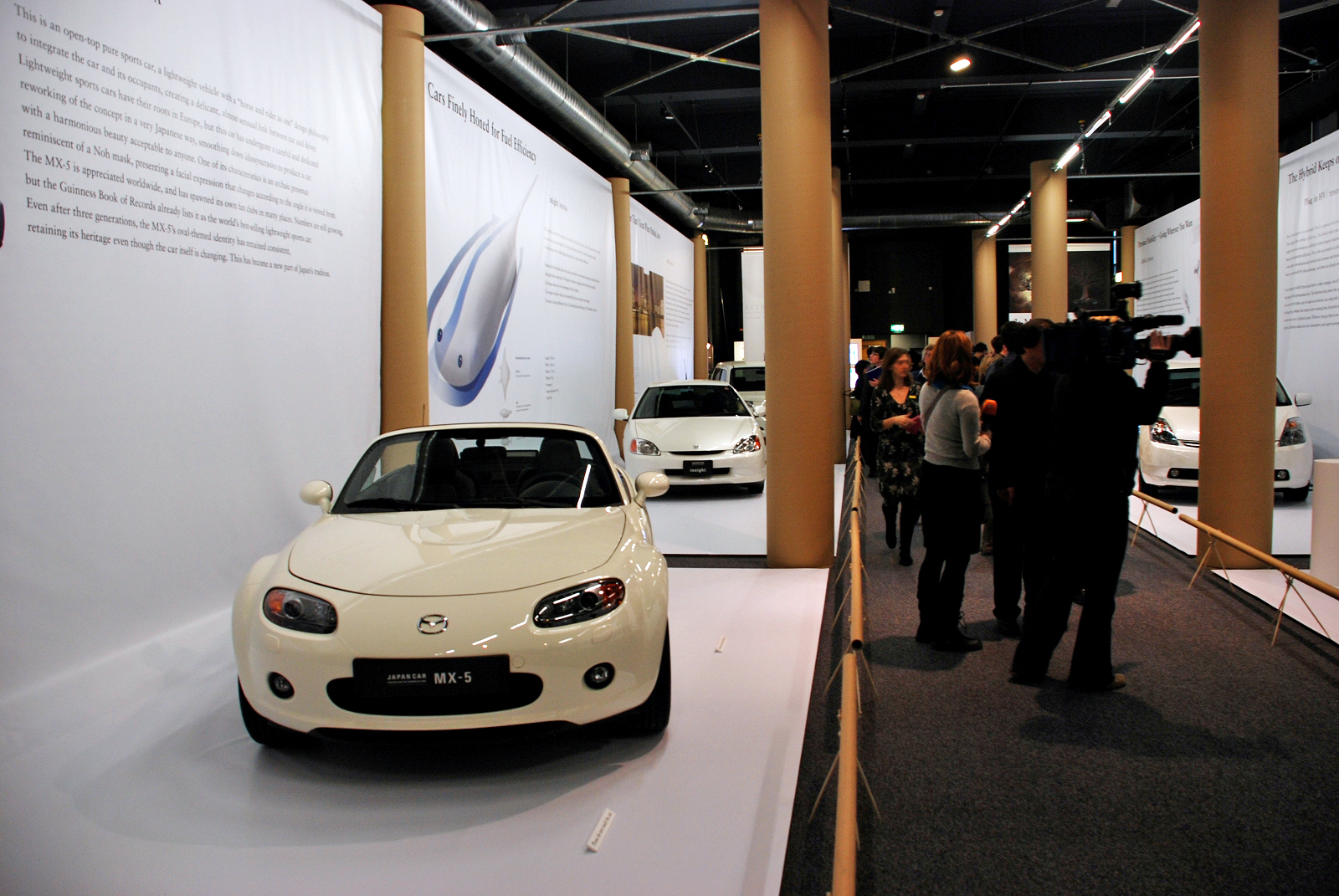 Mazda MX-5 in the main hall 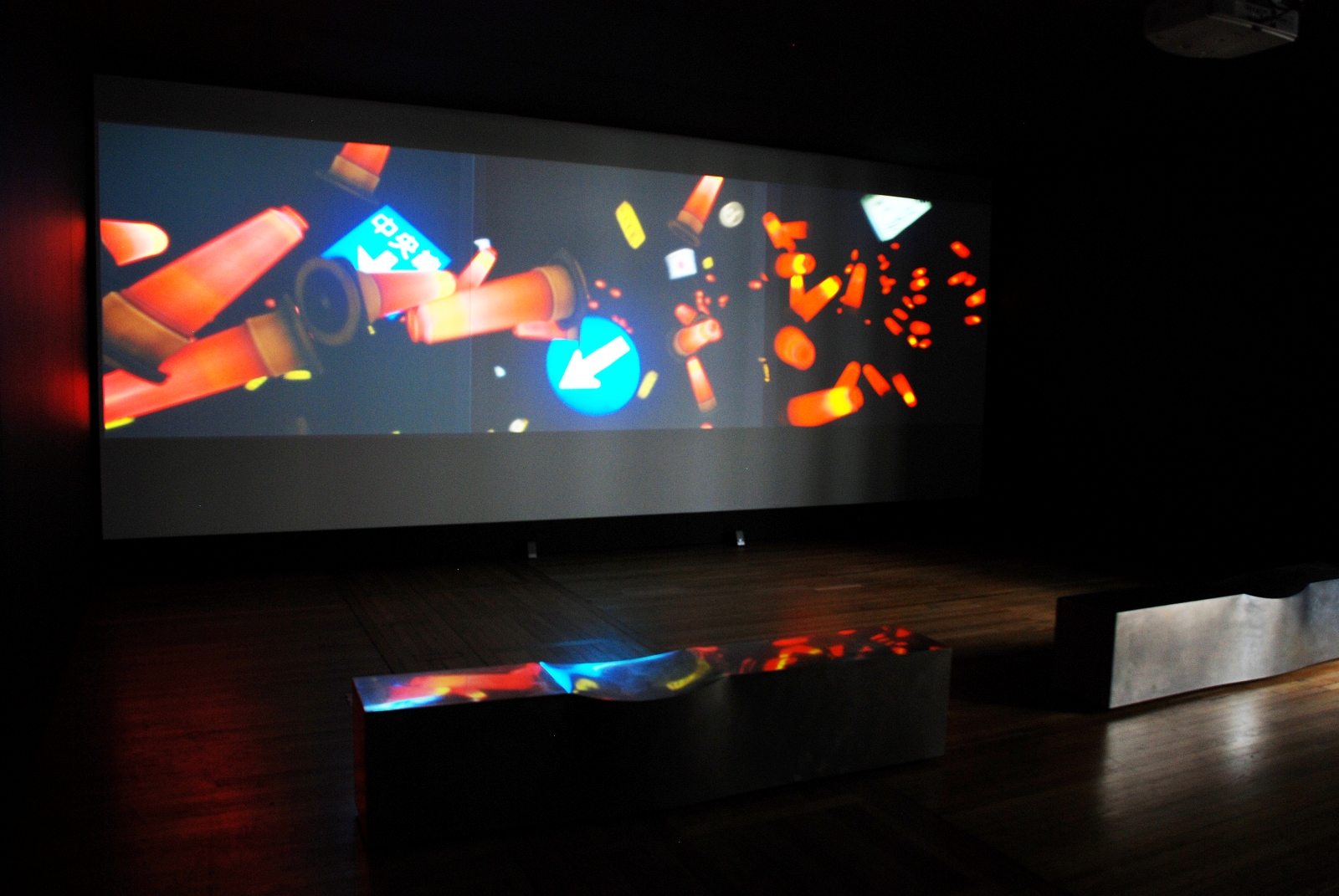 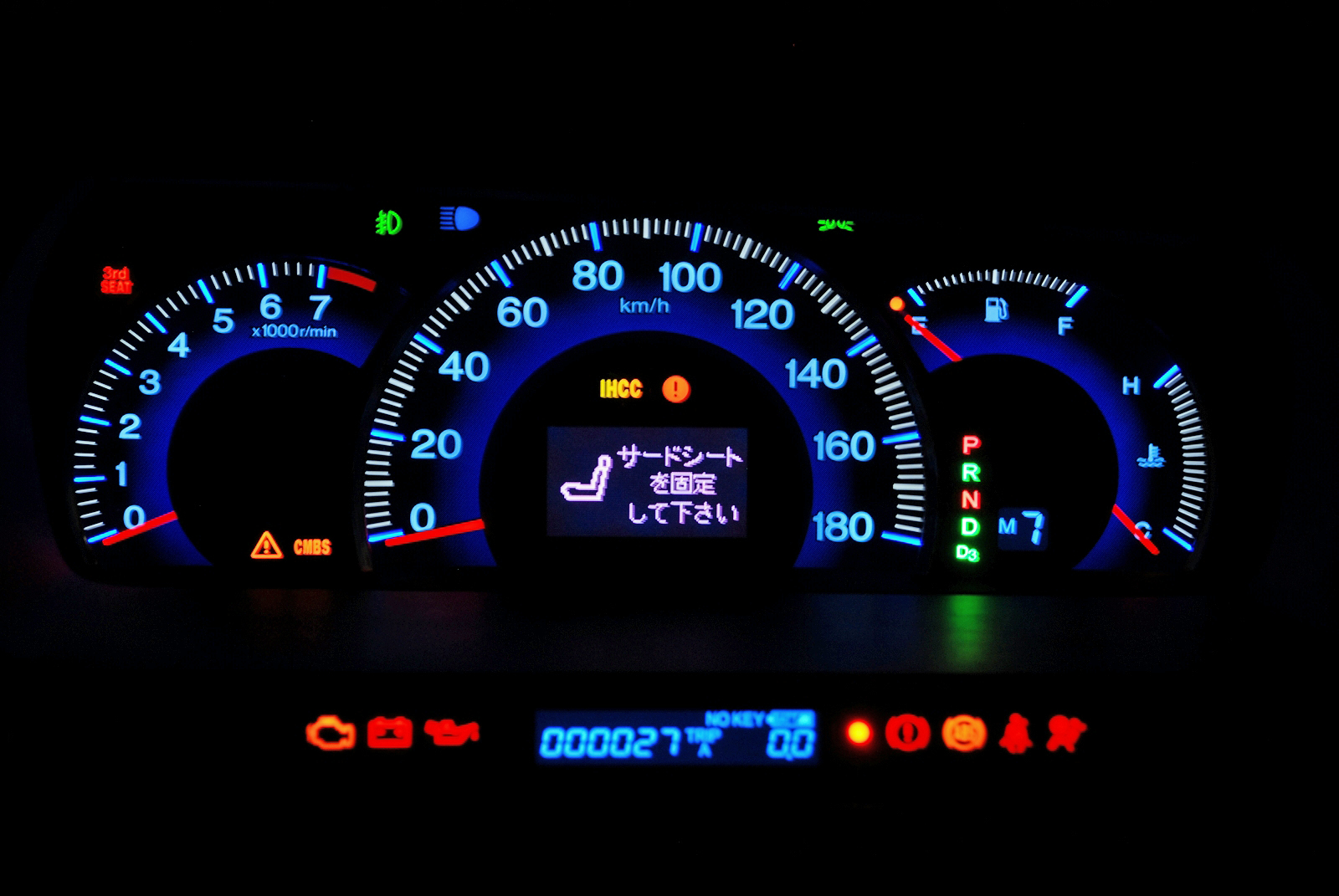 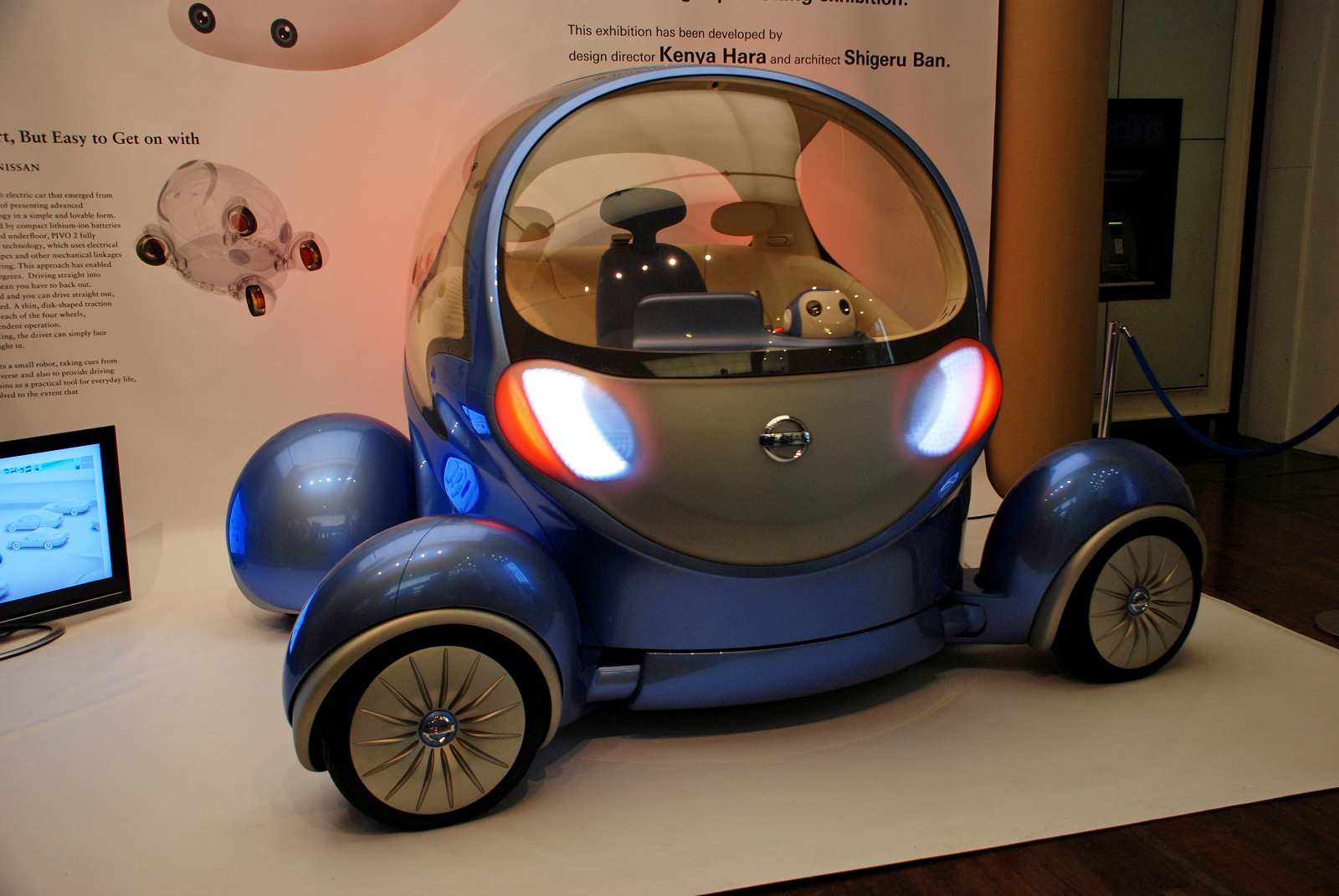 Nissan Pivo2 on display in the gallery 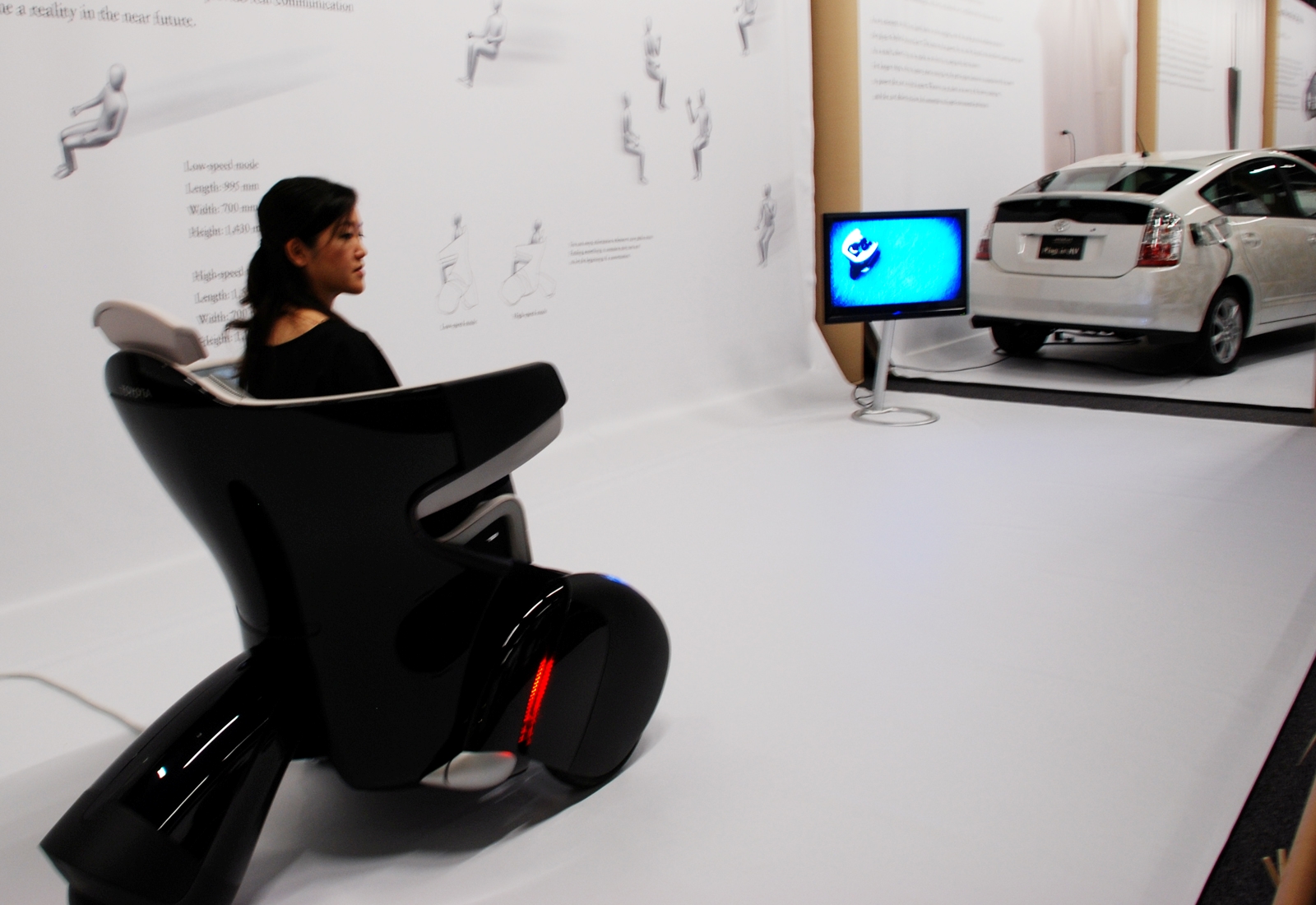 Speaking to Car Design News, Shigeru Ban explained how the automobile was chosen as the central element to the exhibition because it is a reflection of Japanese culture and tradition. "We used it as an object to explain the meaning behind it, instead of just showing it," he said. "In Europe, cars are used as A-to-B transport devices, but in Japan they are an extension of a living room as personal space."

Japan Car explores three themes - size, environment and moving urban cells - while examining the future of mobility in cities. Both highly innovative and densely populated, Japan can be seen as the driving force behind transport solutions in urban areas. Since the advent of the Kei car and alternatively fueled automobiles, Japanese manufacturers have developed small yet sophisticated vehicles which are both compact and technically advanced. These cars are on display alongside bonsai trees and specially commissioned artwork by Akira Yamaguchi.

Upon entering the exhibition, visitors are greeted by bonsai trees, raised and manicured by Bonsai Master Seiji Morimae - an 18th-generation descendent of a horticulturist and bonsai nursing family with a lineage of 500 years - set alongside models of cars deformed to look like 'suiseki', natural stones that frequently accompany a bonsai display. This display emphasizes the fact that the cars in the exhibition are highly condensed, and represents the aesthetics and culture from which these innovative vehicles were born.

The exhibition hall then continues through to a room with two contemporary benches, that appear to have been made to resemble a fallen tree, which look over a giant screen showing a film created by WOW video designers called 'The View from There'. The film pushes the limits of technology and imagination, setting the stage for the next section of the show.

In the main hall are the vehicles, all painted white and shown in an environment that has come to define the minimalistic approach of Shigeru Ban's work. His signature cardboard and paper columns provide the frame for innovative vehicles like the Nissan Cube, Toyota iQ, the Daihatsu Tanto and Hijet compact truck, as well as the Toyota i-Real 'mobile cell' - though the latter is a black example.

Each individual car underscores the approach of creating spacious interiors combined with a highly compact footprint - a main ambition and characteristic of Japanese-market automobile design. During our interview, Ban walked over to the Daihatsu Tanto and explained how the absence of a B-pillar enabled the car to more easily blend indoor and outdoor spaces for users to enjoy. "It's about maximizing space rather than a car with high speed," he said.

Throughout the concourse are exhibits by Hitachi, showing cars transforming into moving urban cells, a presentation on instrumentation prototypes by Denso and an instrument binnacle display by Honda that spans the history of its interface design - an exhibit previously seen in Tokyo.

Climate-conscious hybrids in the form of the first-generation Insight and hydrogen-powered Honda FCX Clarity are joined by Toyota's plug-in Prius and Mitsubishi's i-MiEV to showcase the environmental and sustainability aspect of the exhibit, which ultimately concludes with Yamaguchi's 'Oyamazaki Transportation' piece, created using traditional Japanese painting techniques to illustrate the artist's vision for the future of mobility.

The Japan Car exhibit is not only a lesson in Japanese design, but also provides an insight into the culture and tradition of the country, enabling visitors to understand the needs and wants of the Japanese market. And as Japan also has an entire generation which has developed a disassociation with the vehicle as we know it, the exhibit also underlines the need to create vehicles that will mobilize citizens globally in the coming centuries. Japan Car is open until April 19, 2009.