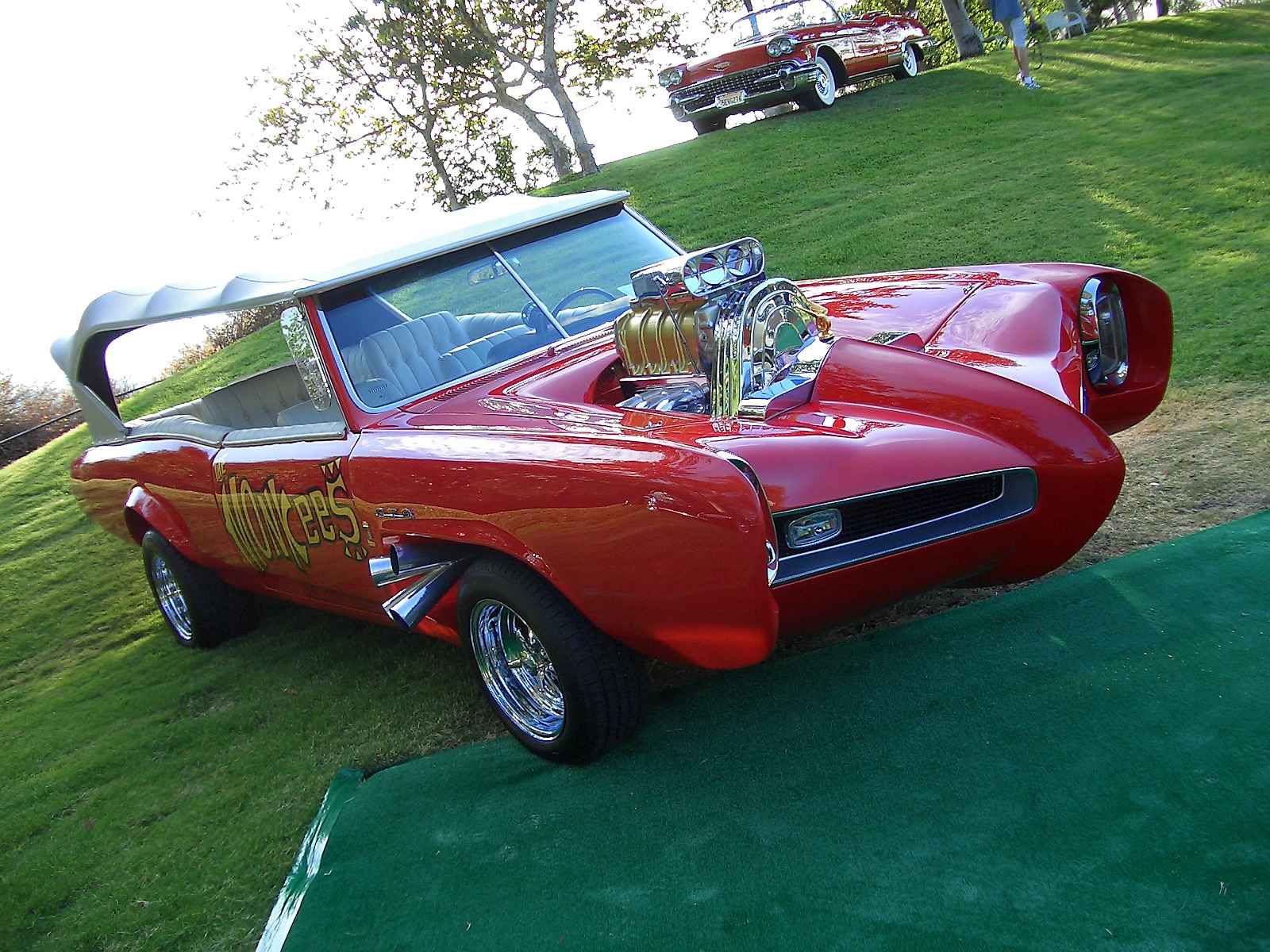 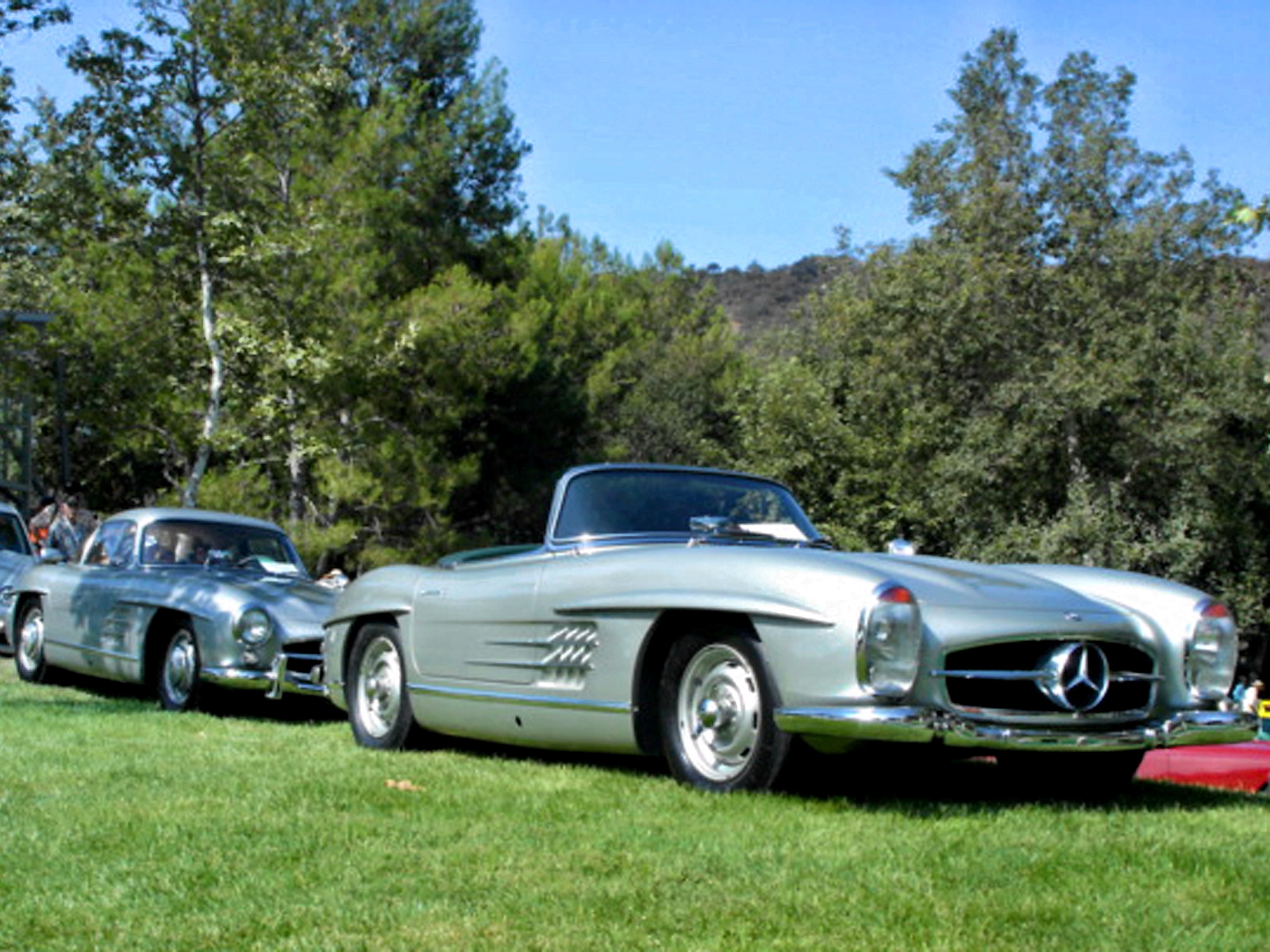 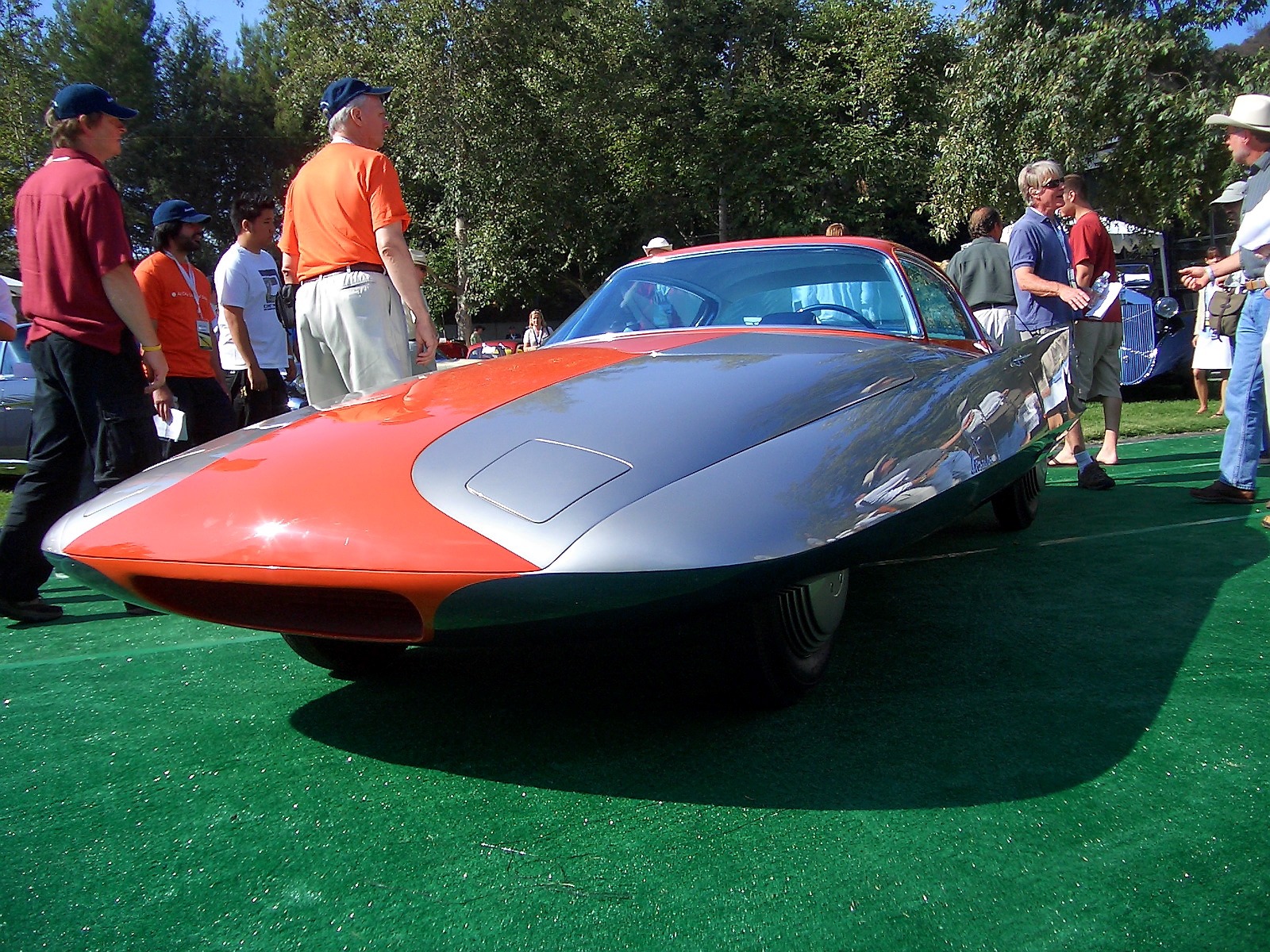 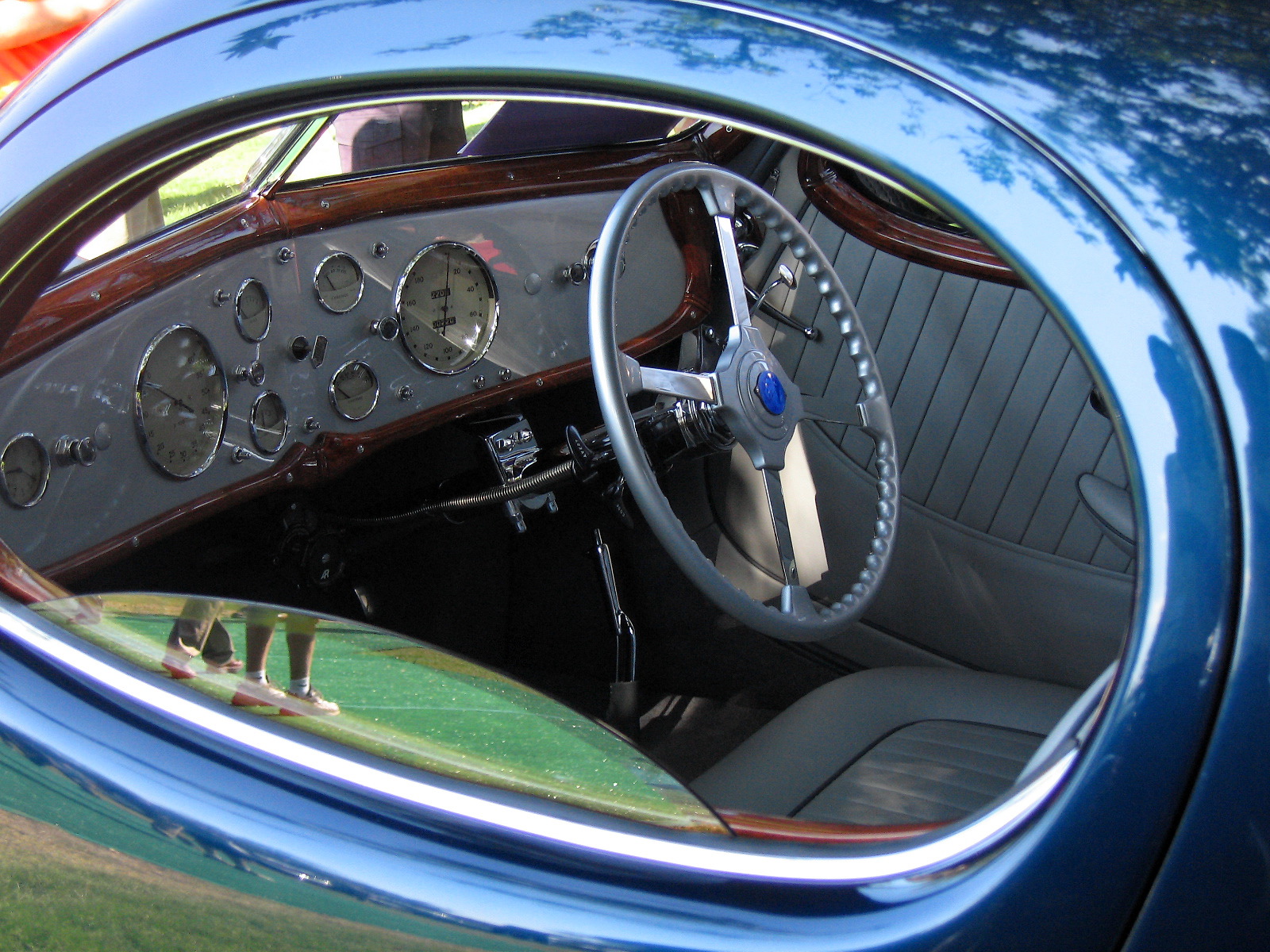 Just a further couple of steps away, one could also be standing between the George Barris-designed Monkees Pontiac GTO and the Blackhawk Collection's Alfa Romeo BAT cars. I am sure you'll agree that any show which has the recently re-united three BAT cars together in formation is of course a show of note, but then to have them juxtaposed with this 1960s rock/pop band's custom Pontiac GTO creation is something which defies description. 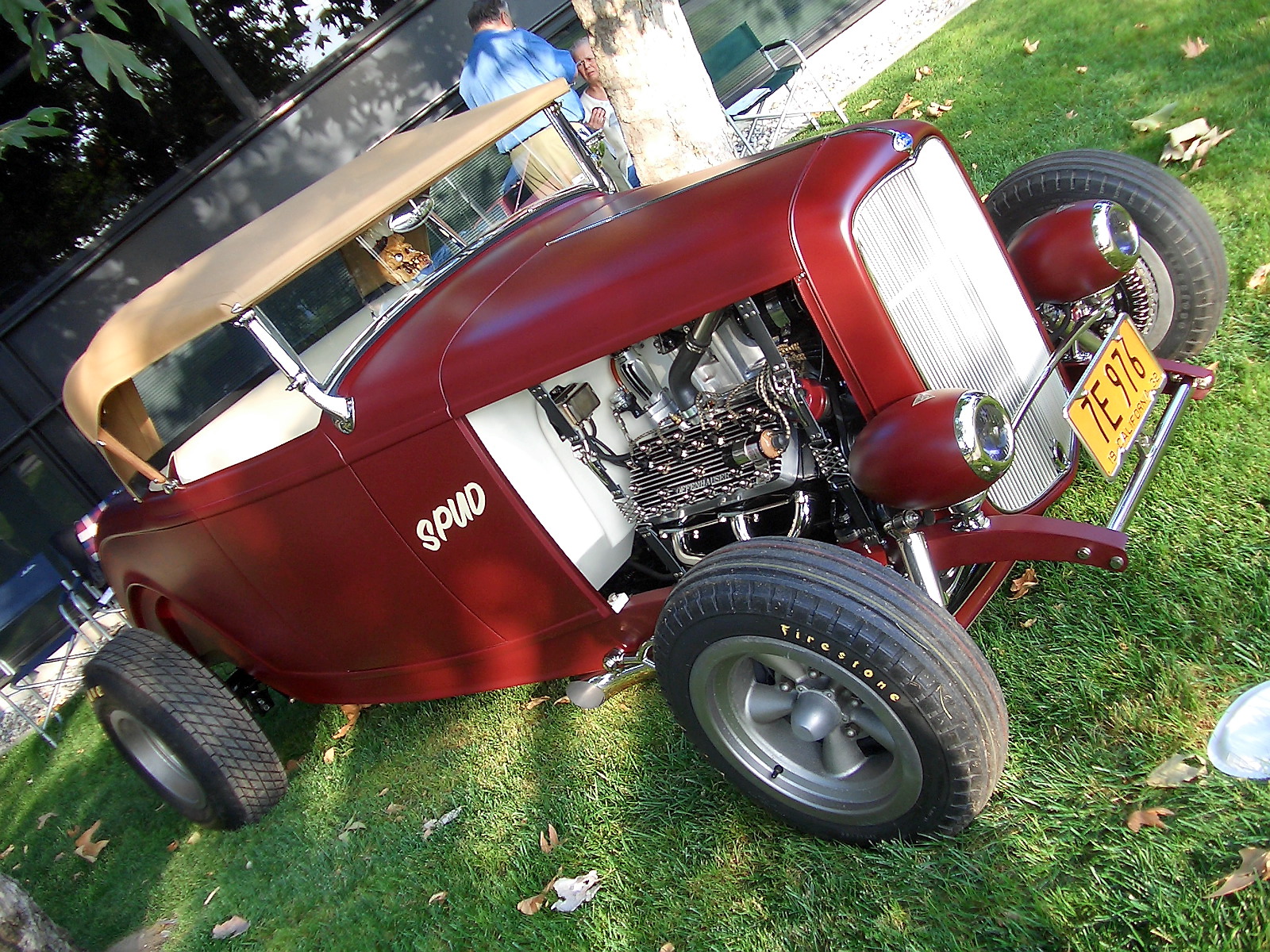 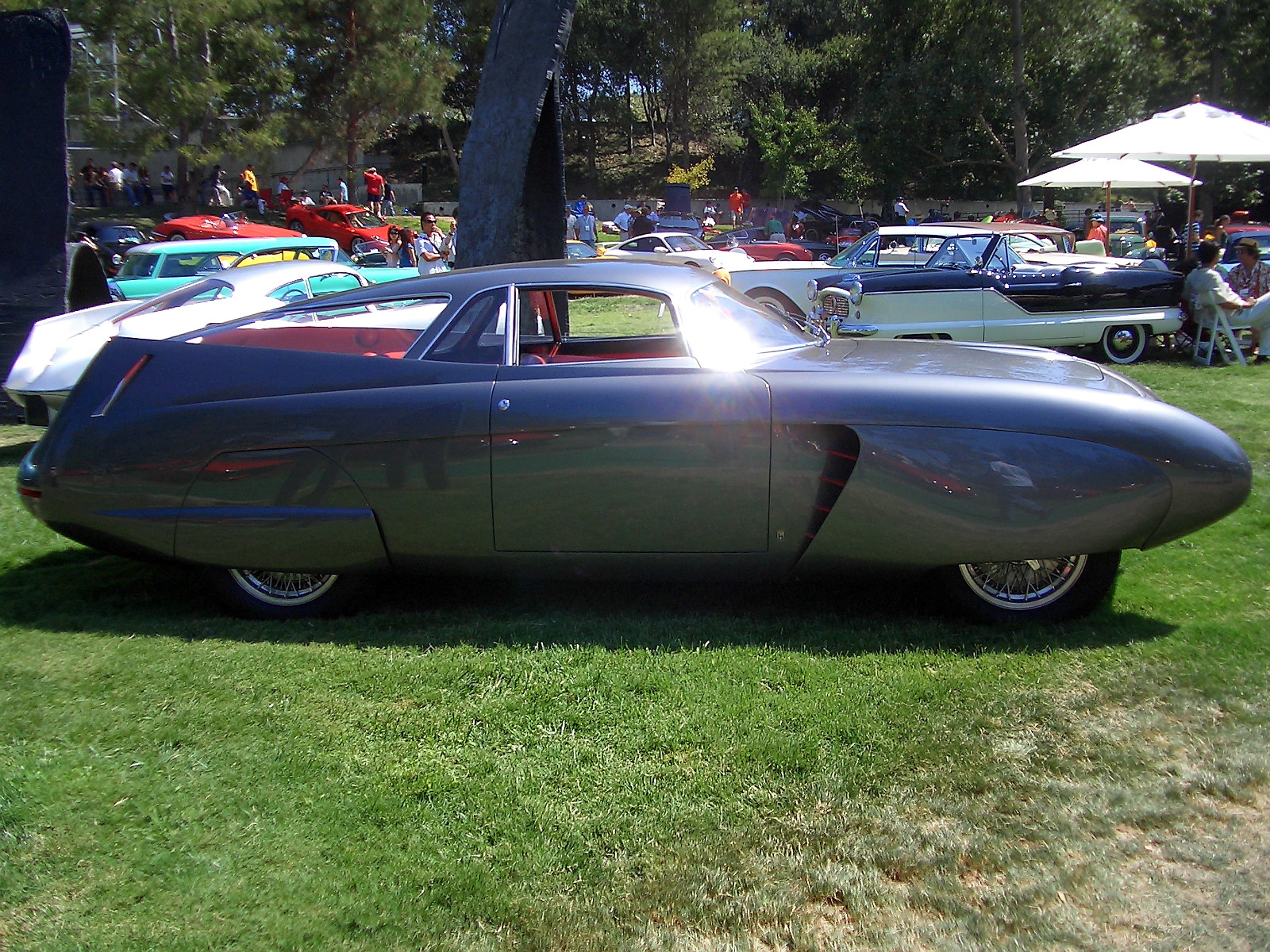 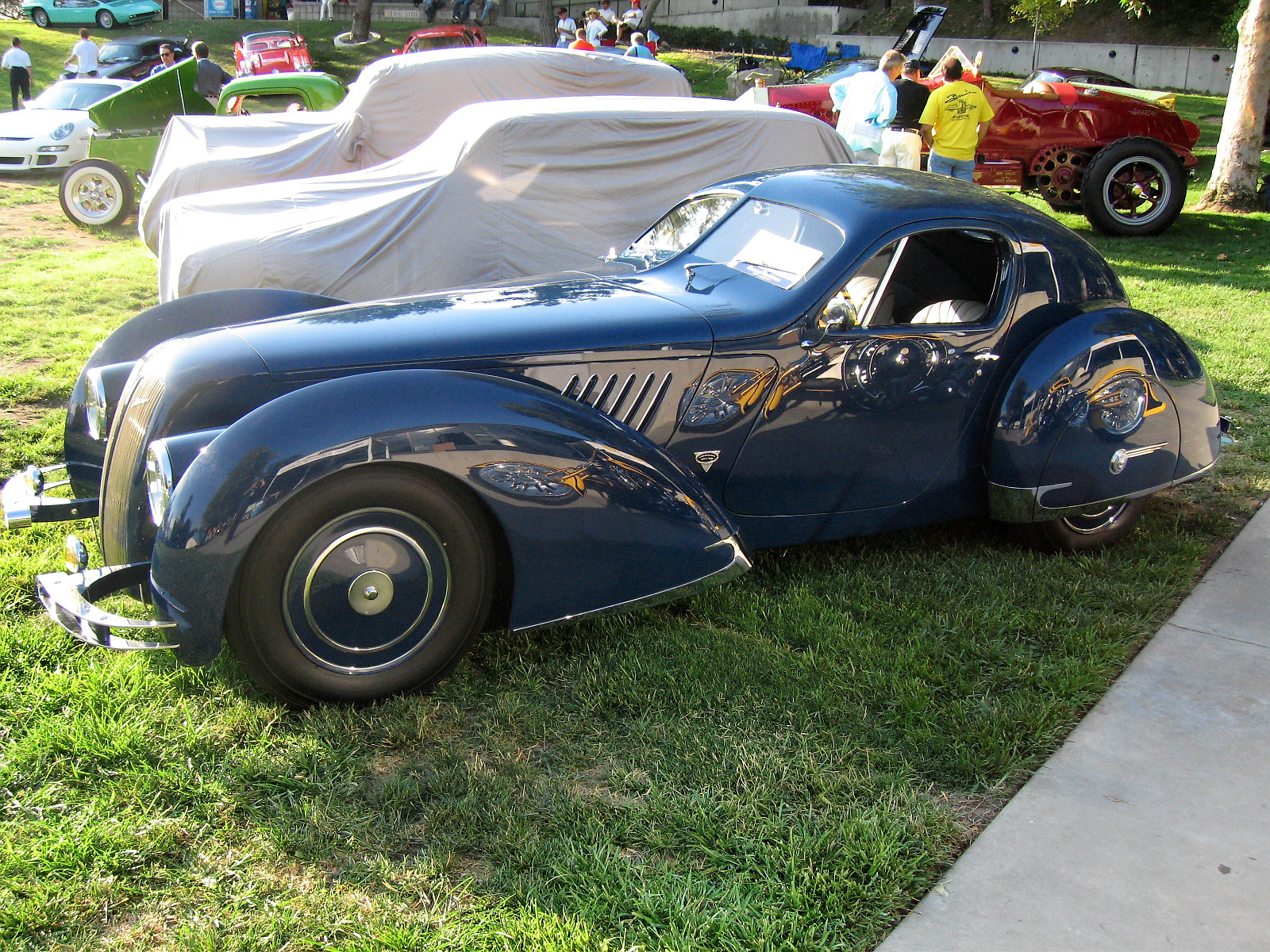 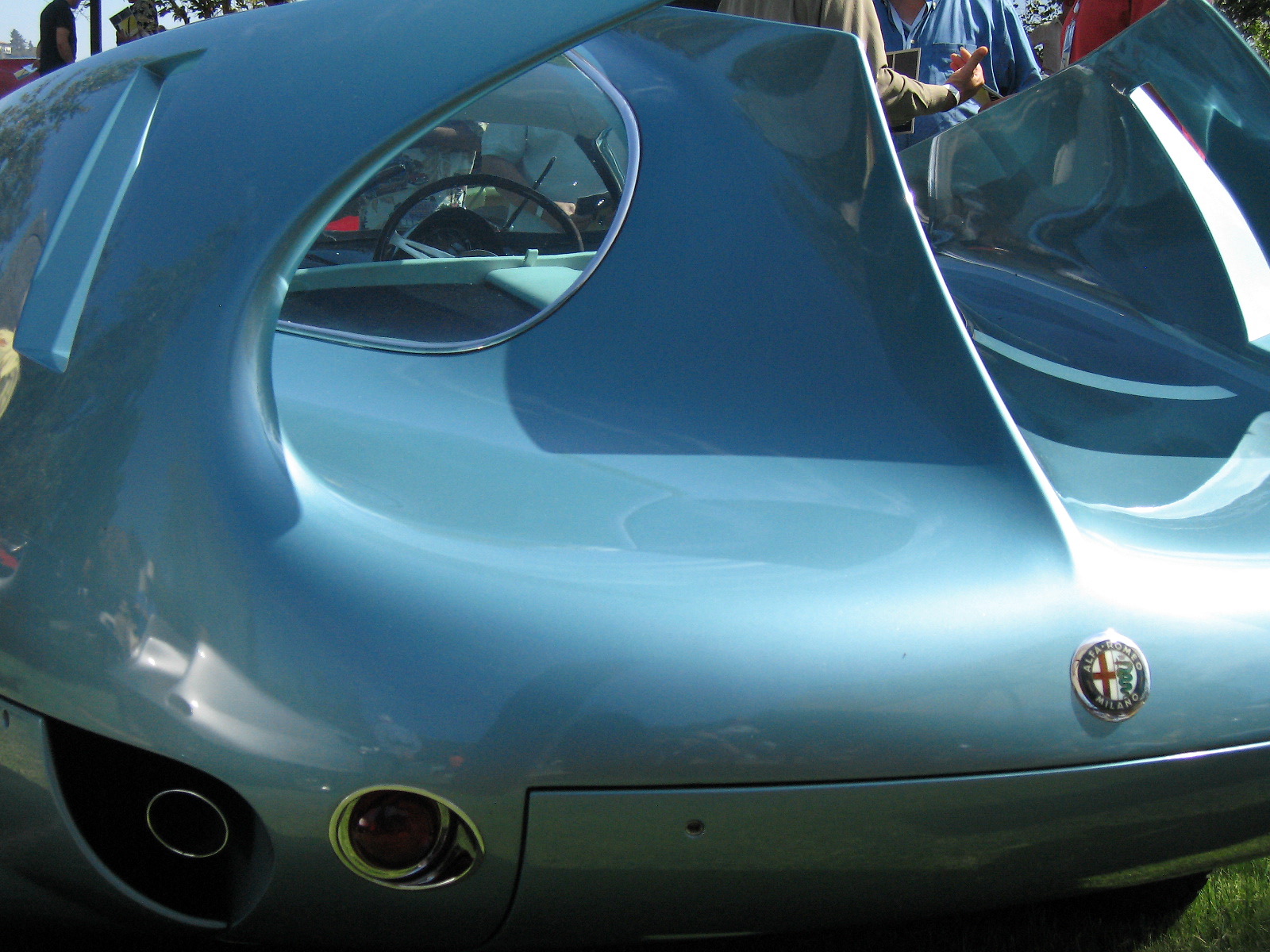 These types of sharp contrasts between vintage & modern exotics and a variety of hot rods & customs were extraordinarily unique and not the kind of thing you usually witness at the other big summer automobile events around the country.

This richness and breadth of cars had of course to be duly judged, and a slew of awards were awarded at 3 o'clock when CarCrazy Host Barry Meguiar took the stage with Art Center Transportation Design Chief Stewart Reed. The actual judging of the cars was handled by twelve current design chiefs from the Los Angeles concept and production studios located nearby, including Verena Kloos from BMW Designworks USA, Mark Mashougian from Chrysler Pacifica, Freeman Thomas from Ford, Frank Saucedo from General Motors North Hollywood, Dave Marek from Honda R&D Americas Inc, Franz Von Holzhausen from Mazda, Dave O'Connell from Mitsubishi and Geza Loczi from Volvo Concept and Monitoring Center.

In addition to the cars outside, the event served as an open house for the school and allowed it to showcase both its facilities and the different Funded Educational Projects (or "sponsored projects" as they are referred to by the students) that are currently ongoing. Visitors to the campus had the opportunity of attending a series of guided tours and see the students' involvement in such projects as the IndyCar Funded Educational Project, and Peter Mullin's Bugatti Type 64 chassis for which he challenged a group of extremely talented students to design a new body. The multi-million dollar chassis for this unique Bugatti was indeed on hand for everyone to admire, and was surrounded by a half dozen eager students answering questions about the design development of their scale clay models.

Finally, attendees this year were also treated to a variety of vintage racing films and two fascinating speeches by visiting Guests of Honor Luigi Colani and Harald Belker in the school's Ahmanson Auditorium. Art Center's famed Strother MacMinn (father of the current Transportation Design Department) would have been proud to see how far the school has come since he began his fifty year teaching career back there in 1948.

So, a fantastic event under the always perfect Southern California weather and one that should feature on your to-do list for next year. Car Classic 2008 is sure to top even this year's event as rumors have it that the theme will cover "Land, Sea, and Air" and one can only imagine how Art Center College of Design is going to pull that one off!