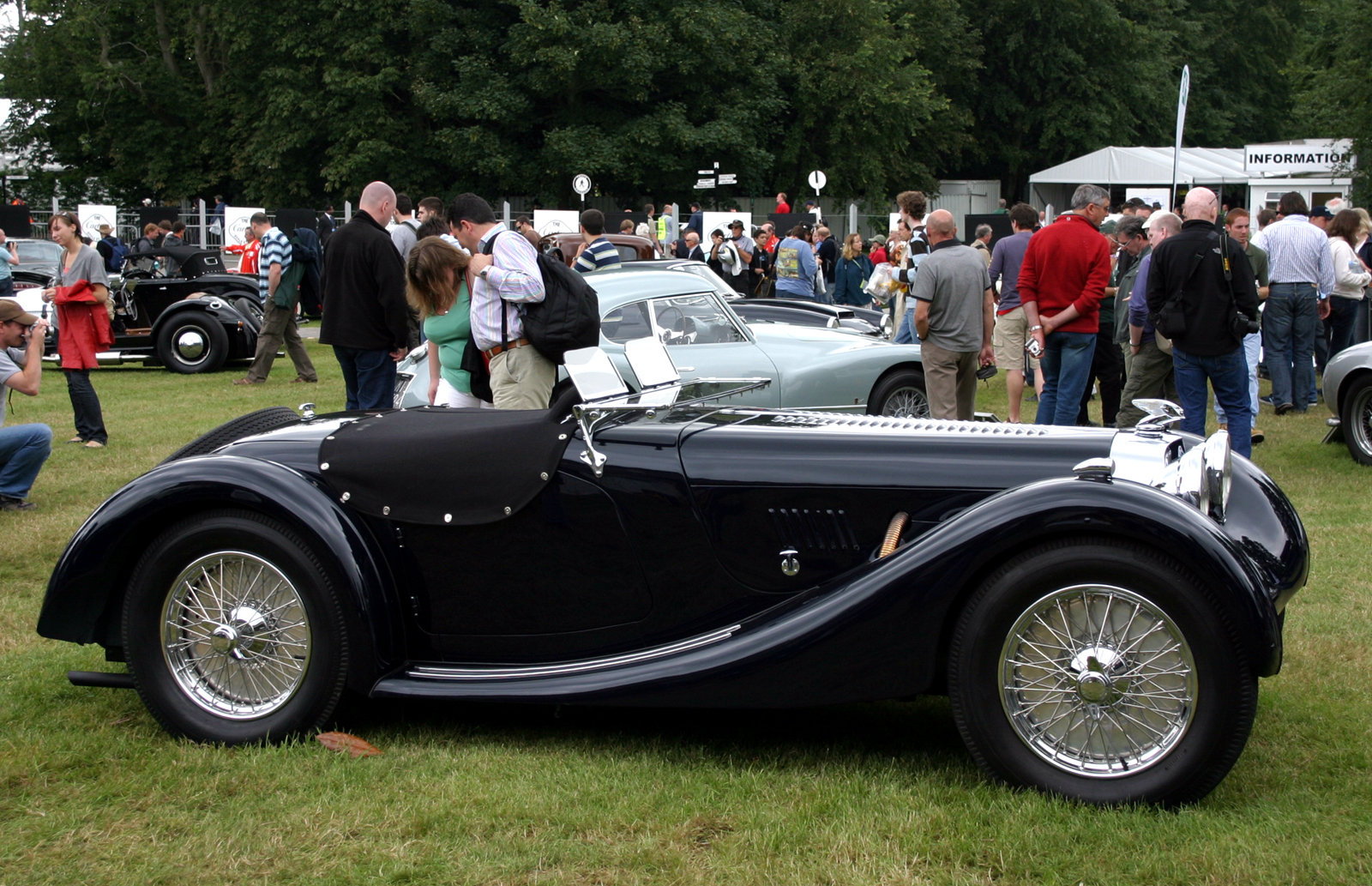 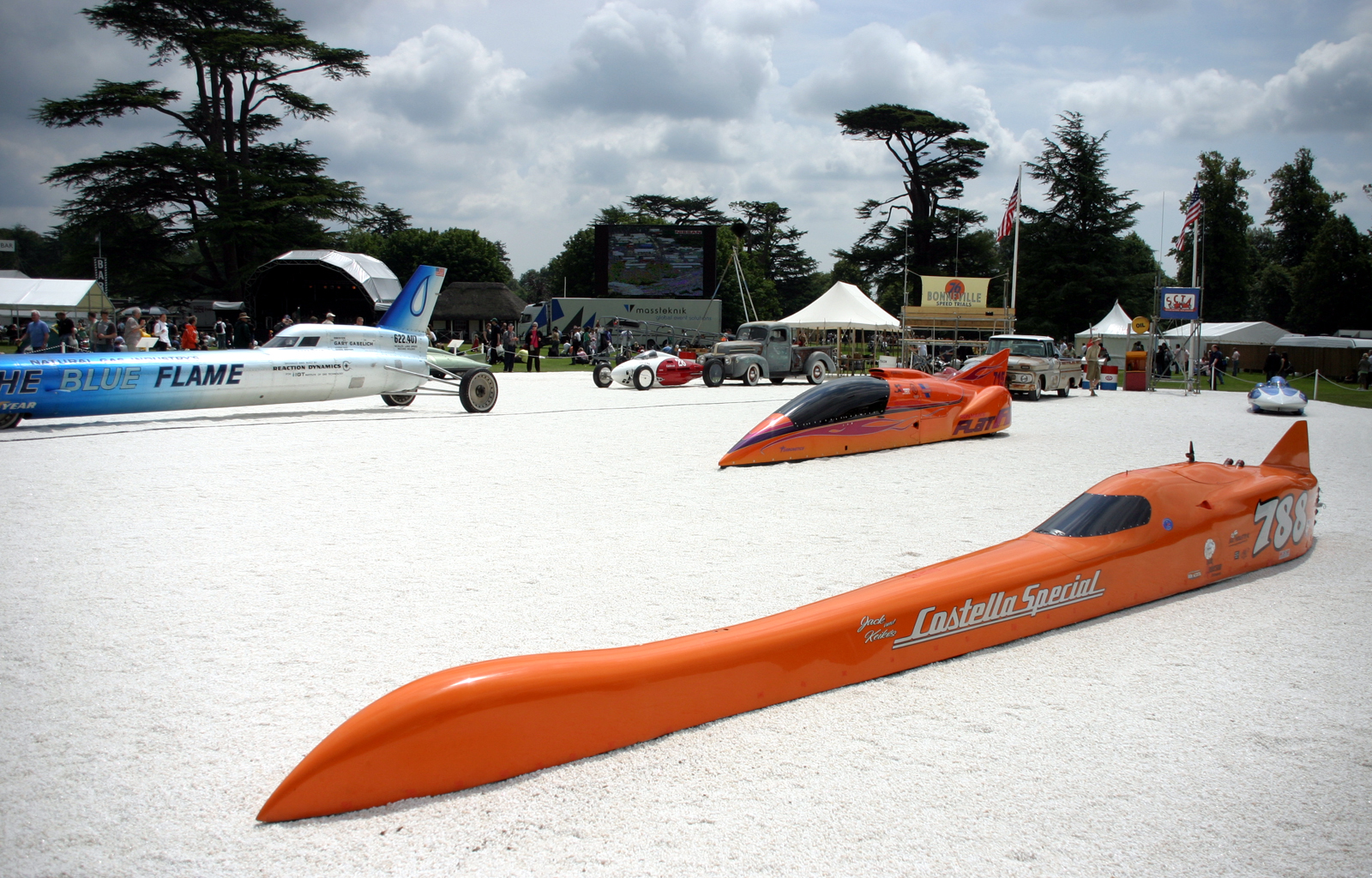 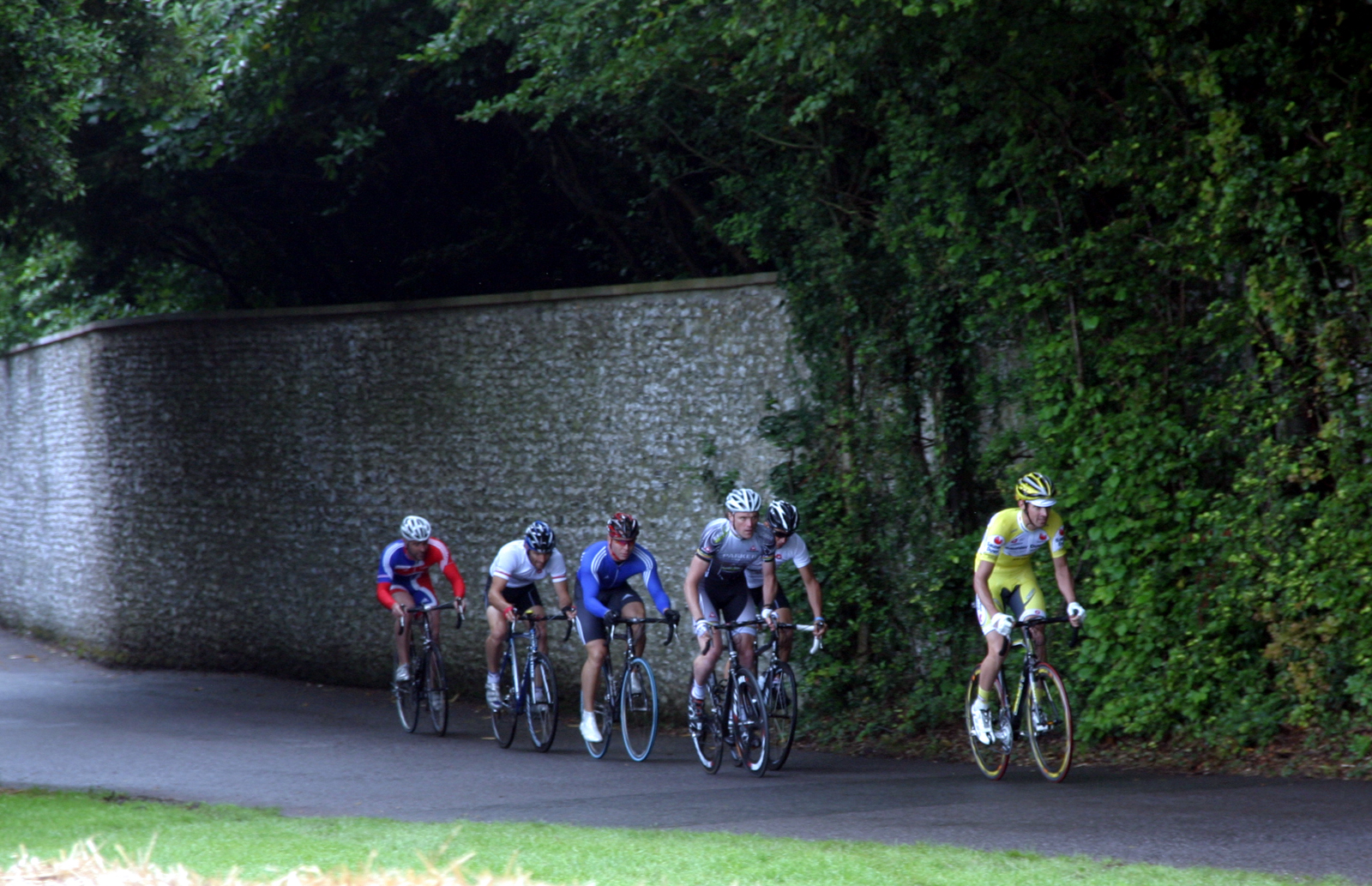 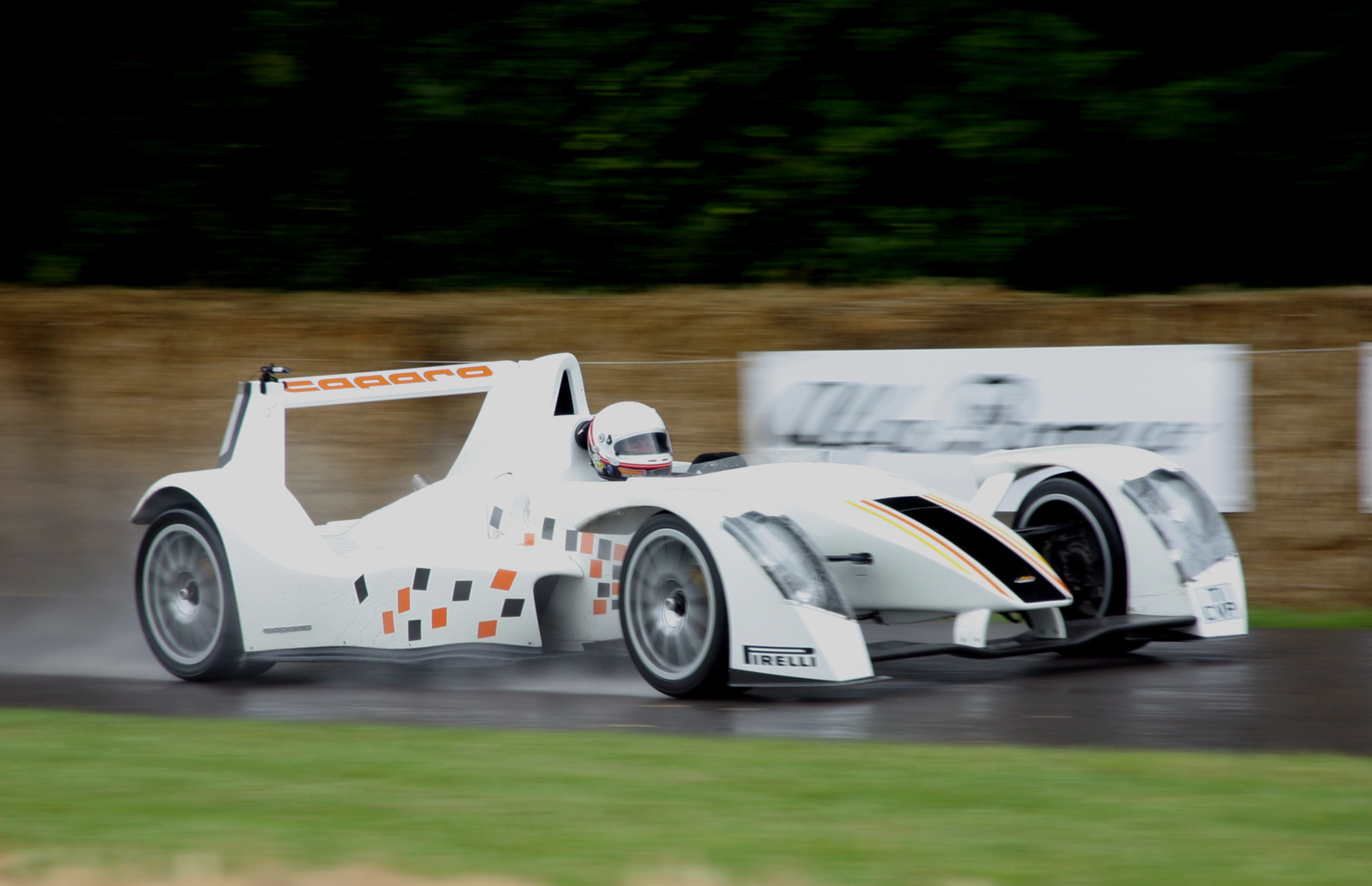 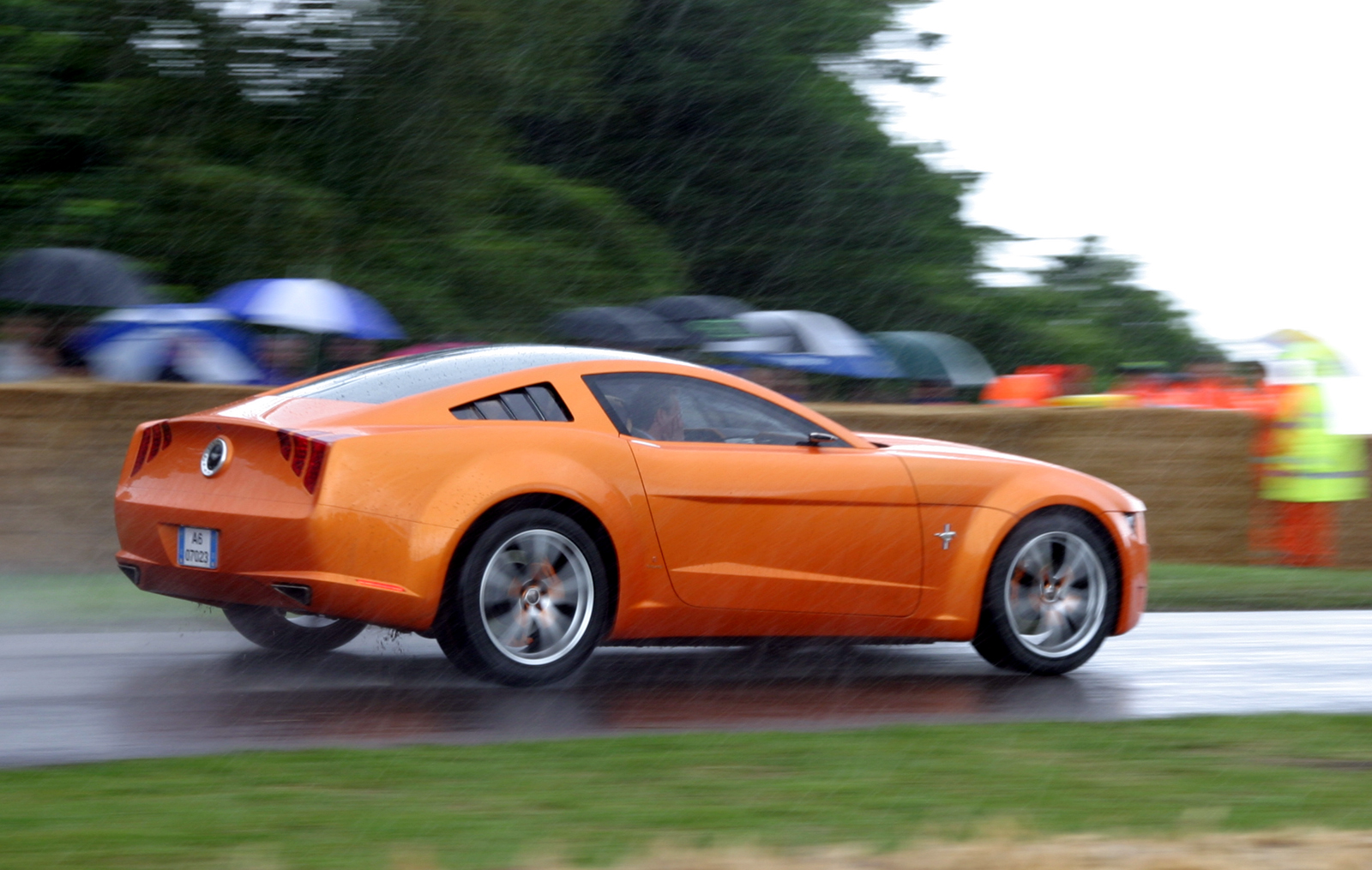 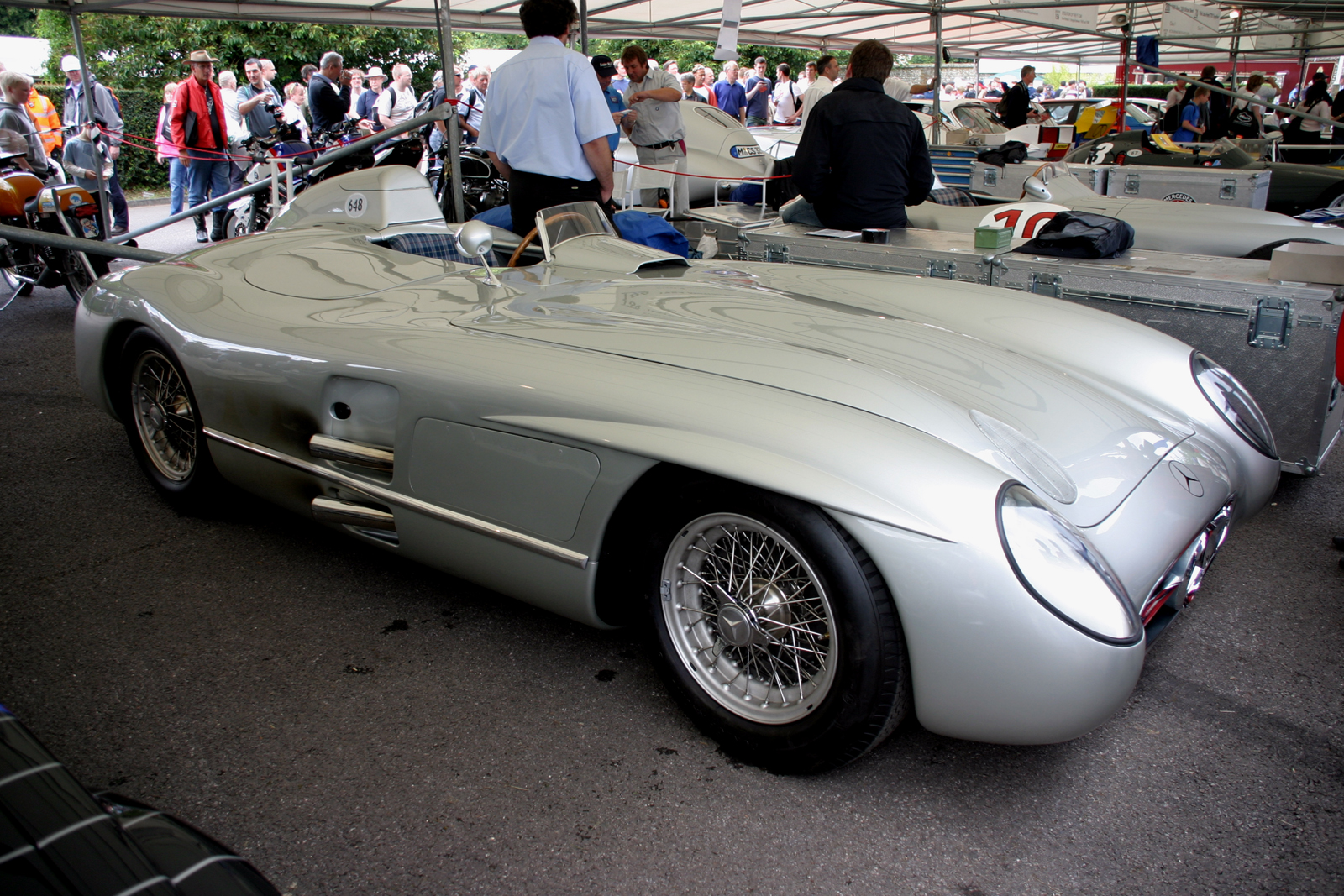 Surprisingly the spectacular Royales didn't win this prestigious event's 'Best of Show' prize: that honor went to the rare 1930 Atalanta, a British sports car that won the hearts of a panel consisting of designers and artists; including Nissan's Shiro Nakamura, former F1 designer Gordon Murray, Porsche's Tony Hatter, and esteemed artist Richard Hamilton. The unique 1946 Hewson Rocket entered by the Lane Motor Museum in Nashville was another class winner. With its rounded, highly polished bodywork and simple details, the Hewson shone brightly in the sporadic rays of sun. 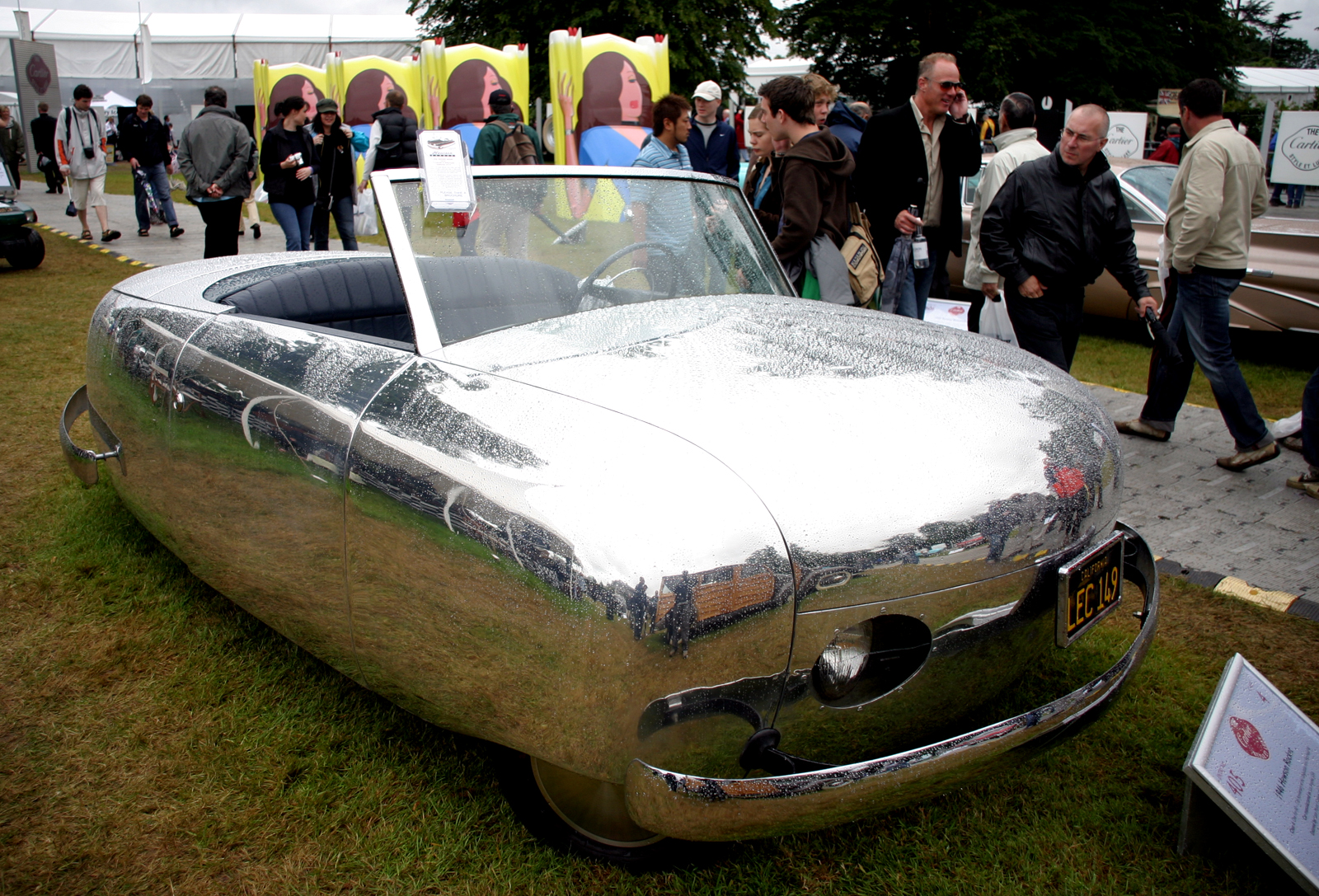 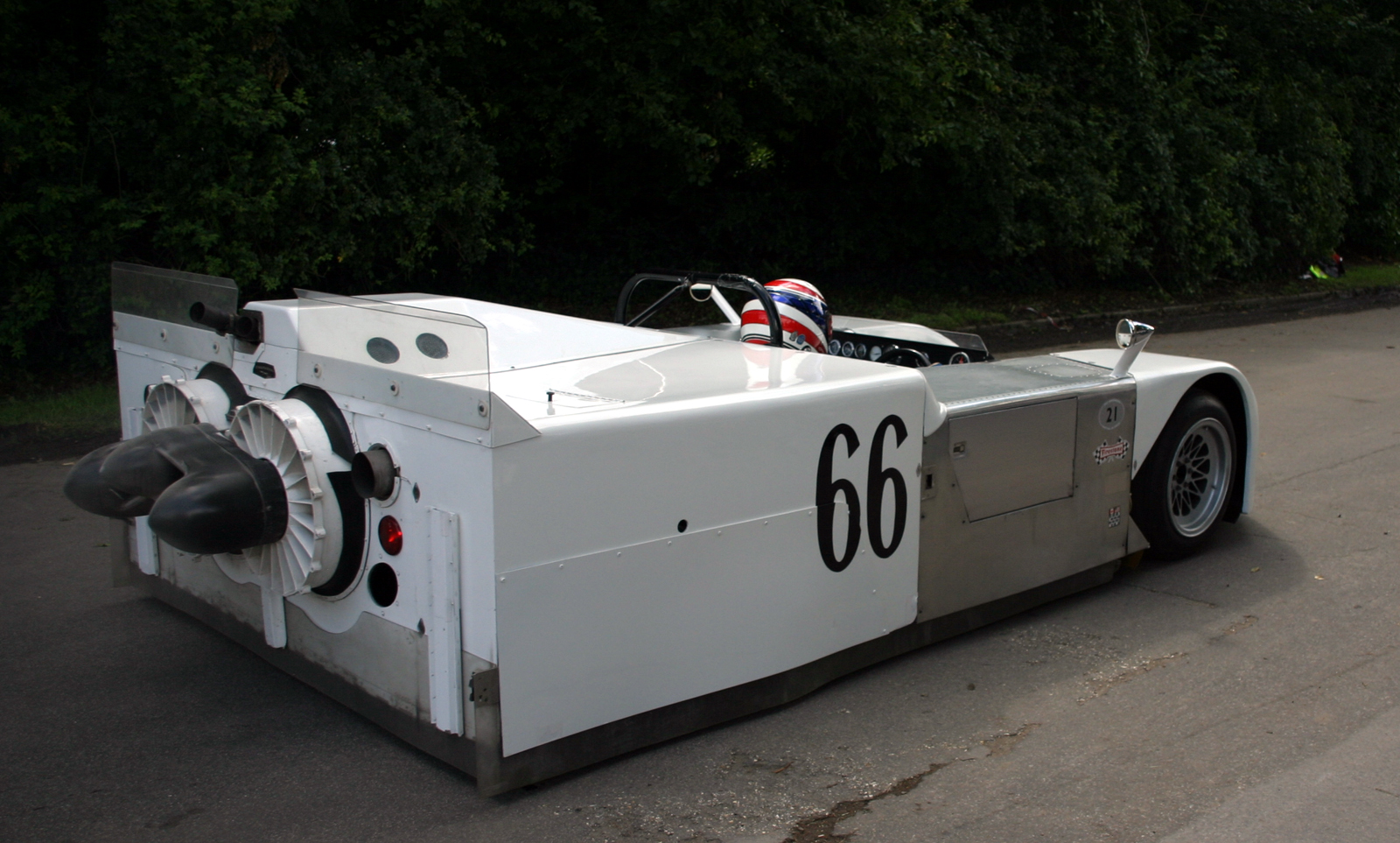 1970 Chaparral-Chevrolet: so fast it was banned 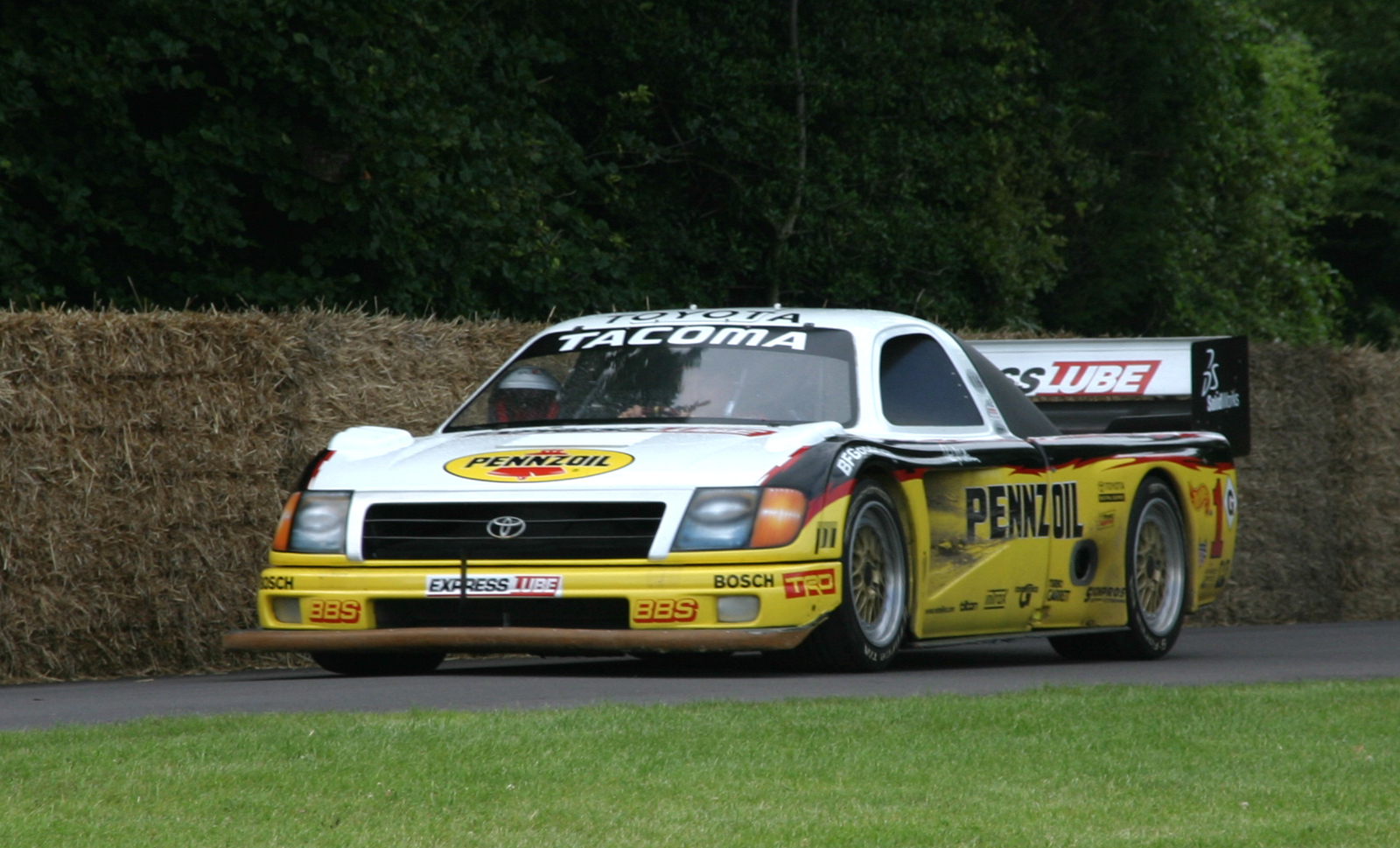 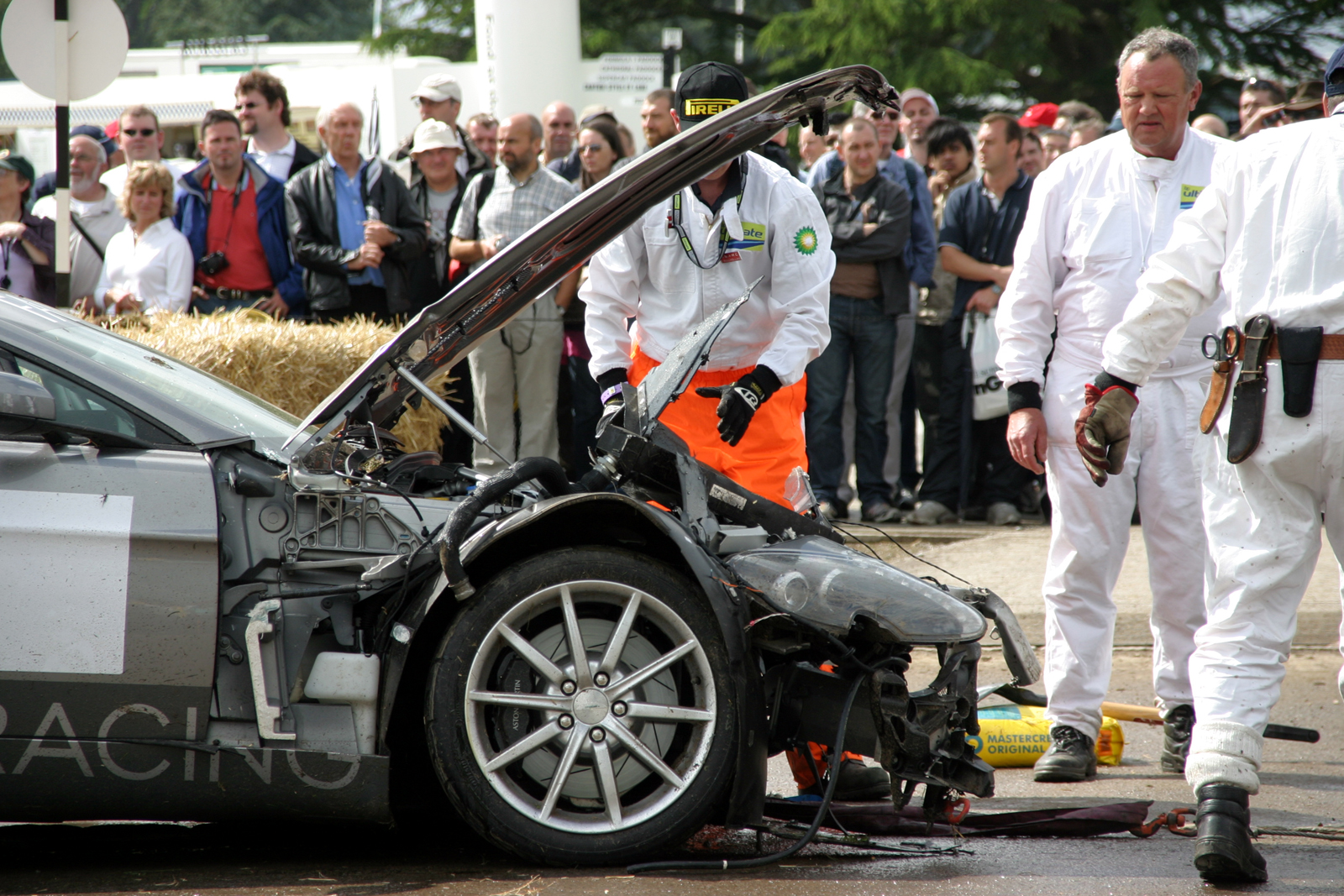 One of the casualties of Goodwood 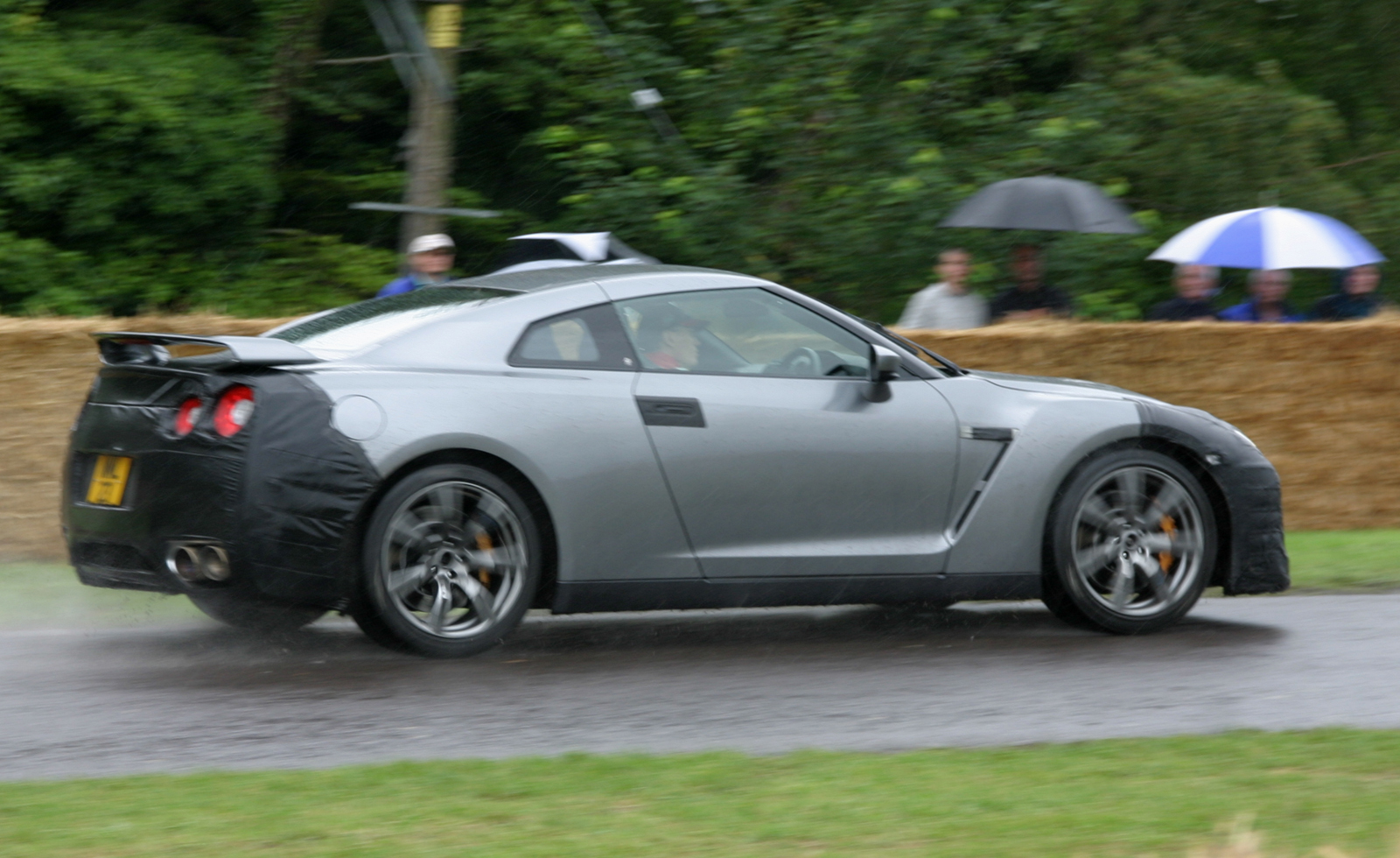 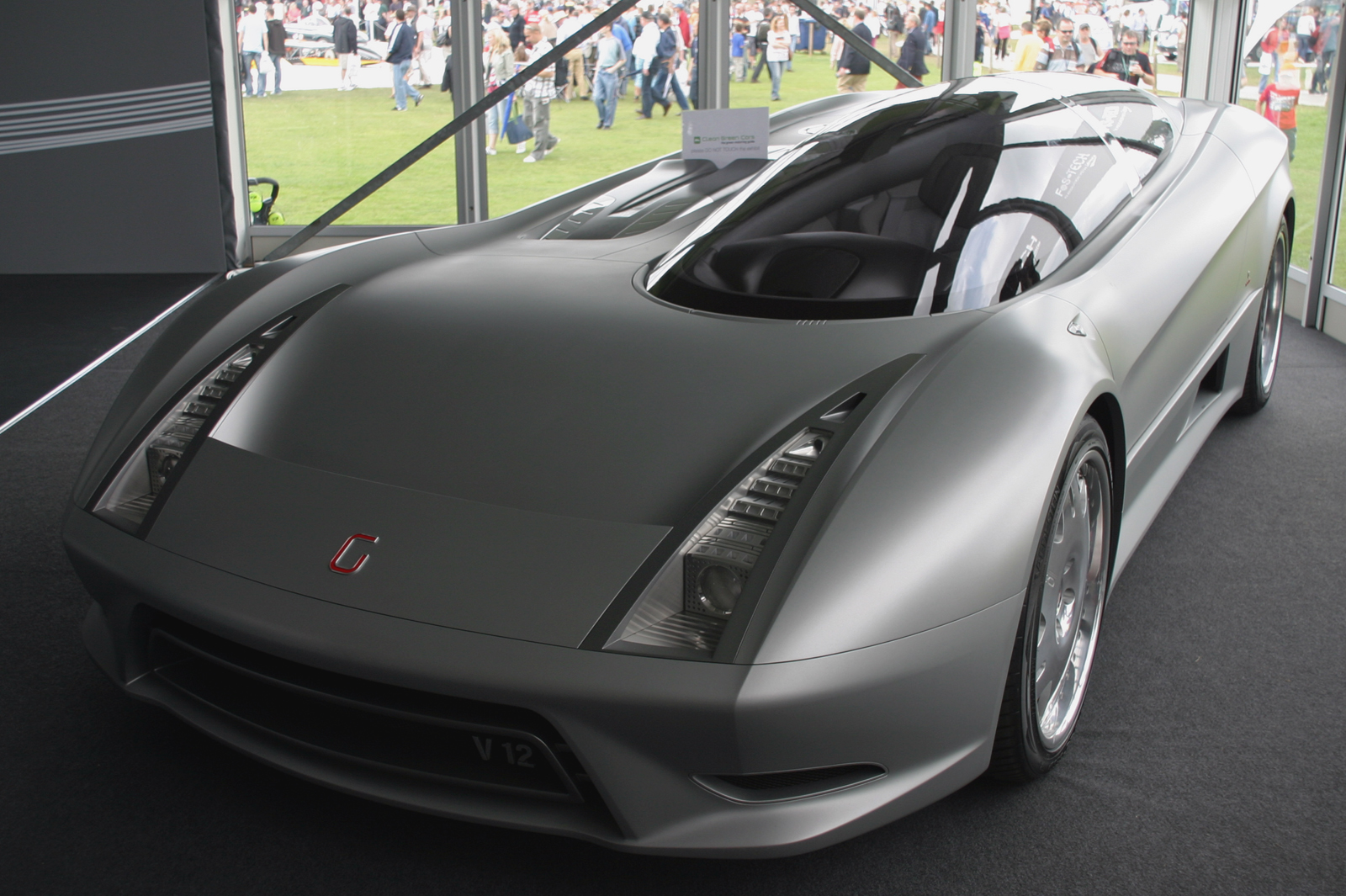 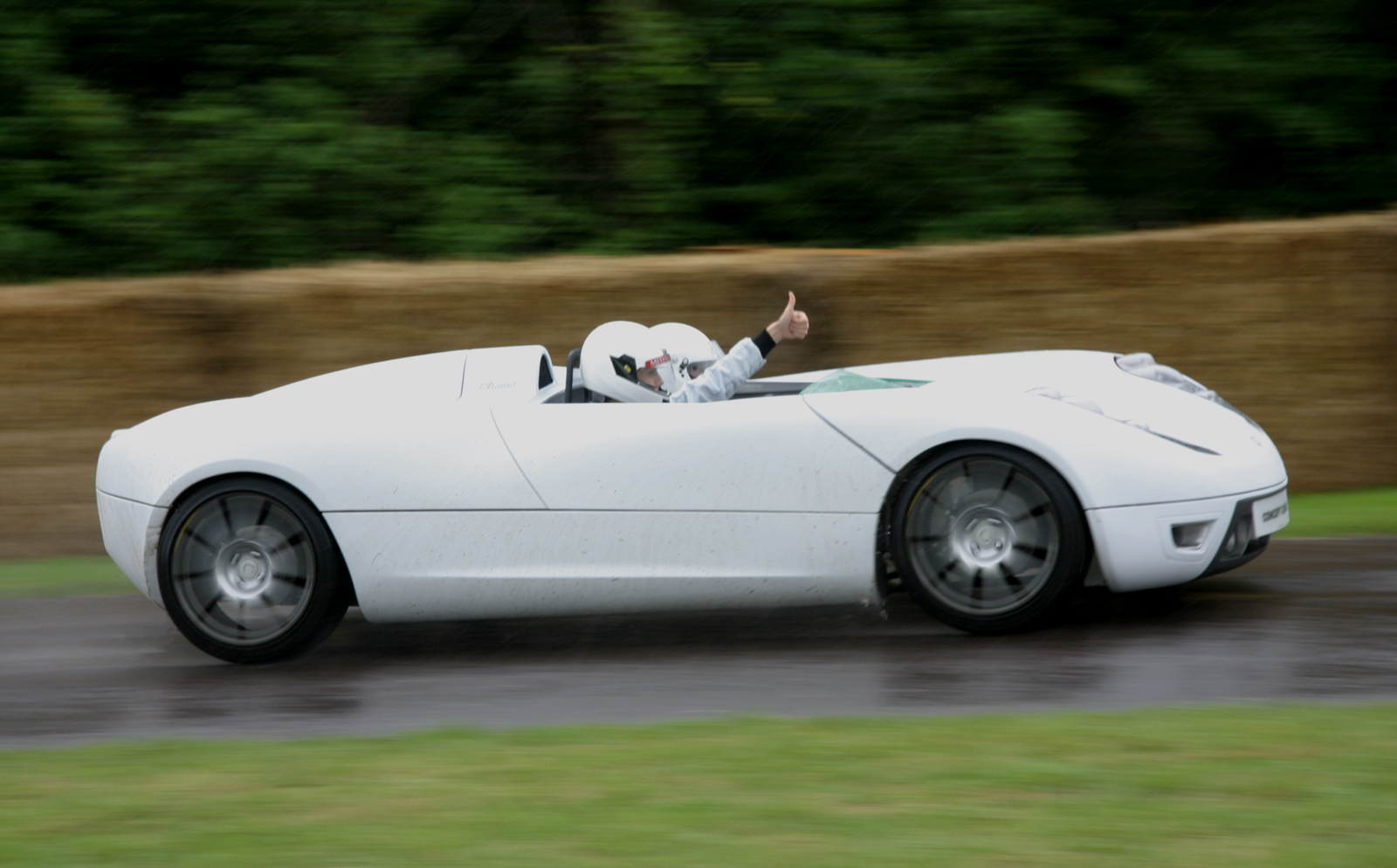 Paying homage to the Bonneville Salt Flats, a large static display recreating the barren landscape exhibited Land Speed Record cars since the 1949 So Cal Drop-Tank, including the 37ft. long Blue Flame from 1970 parked alongside JCB's Dieselmax.

In an unusual twist of events (could it be that Goodwood is discovering environmentalism?), the Festival hosted the 'Organic Milk Race' for the first time this year. Inspired by the two-week long amateur bike race in which cyclists race around Britain, the entrants featured Olympic sprint cycling champion Chris Hoy competing against motor sport superstars Jenson Button and Troy Bayliss. Though initially intended as a high speed run both up- and down the hill route, the race took place only in the uphill direction when the weather proved uncooperative.

Ominous clouds wet the grounds on numerous occasions but the motor racing continued as usual, with the fastest consistent times set over the weekend events taking place not in a F1 car or in the 1970 Chaparral-Chevrolet 2J "sucker car" - a pioneering aerodynamic vehicle with two fans that suction the car to the road - but in a Toyota Tundra Pikes Peak pickup truck piloted by American race driver Rod Millen. An unnamed Aston Martin DB9 driver wasn't so lucky; losing control of the car on a long stretch in front of Goodwood house it bounced between hay bales before coming to rest with fluids oozing from beneath the engine bay. Save for a bruise to his ego, the driver emerged unscathed.

Fortunately there were numerous shelters for those seeking to stay dry. On show in the FoS-Tech pavilion were various models flaunting their green credentials, including the ItalDesign Vadho powered by a BMW hydrogen powerplant, the Toyota FT-HS concept and Nissan's Pivo.

As demonstrated by the sheer number of spectators attending the event each year, the Goodwood Festival of Speed is a must-attend for anyone with petrol in their veins. And even if your interest lies in the ecological aspect of motoring, it's a good chance you'll find something to stimulate your senses at Goodwood.