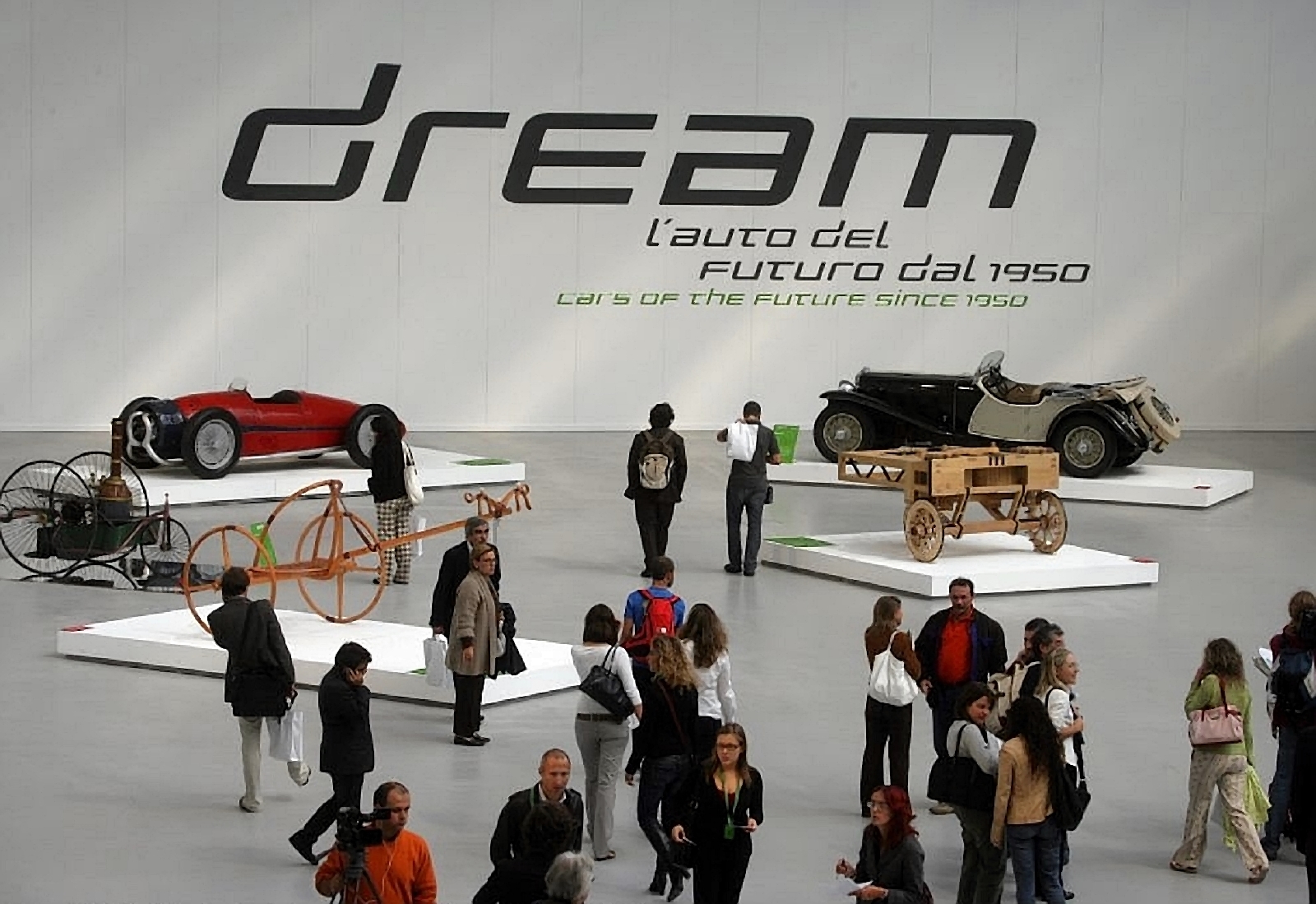 'Dream' exhibition at the Giovanni Agnelli Pavilion in Turin. Click for larger images 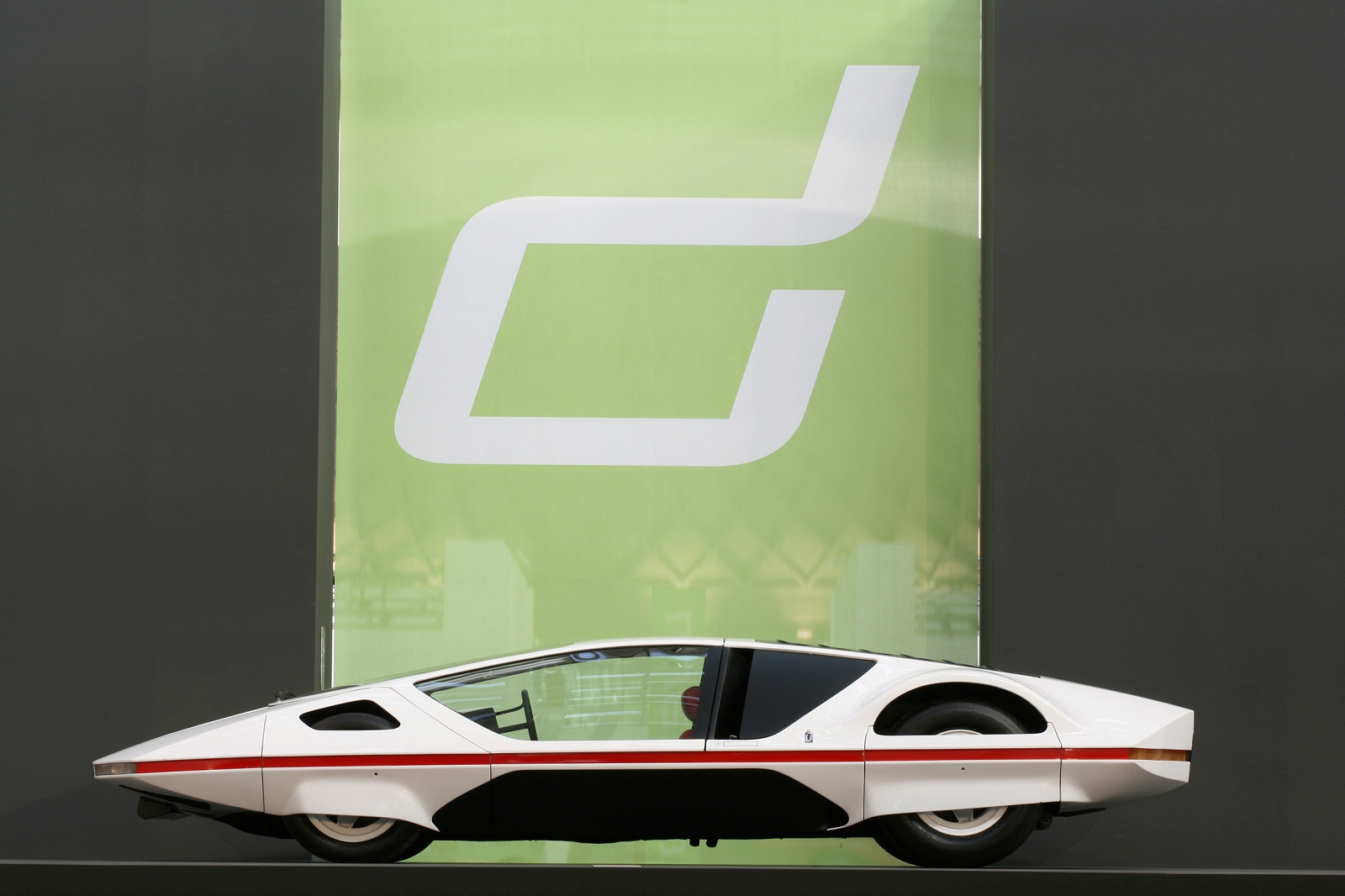 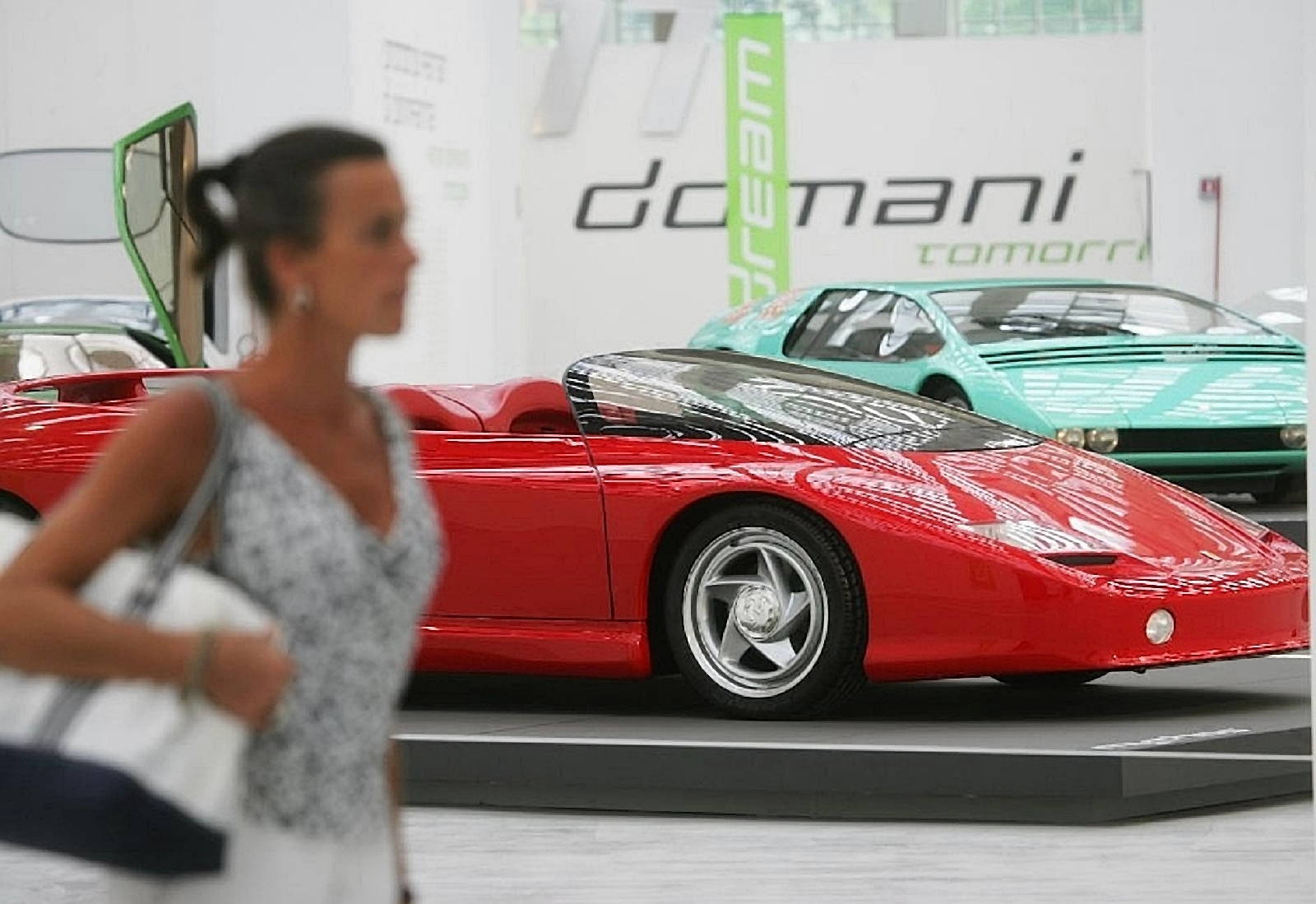 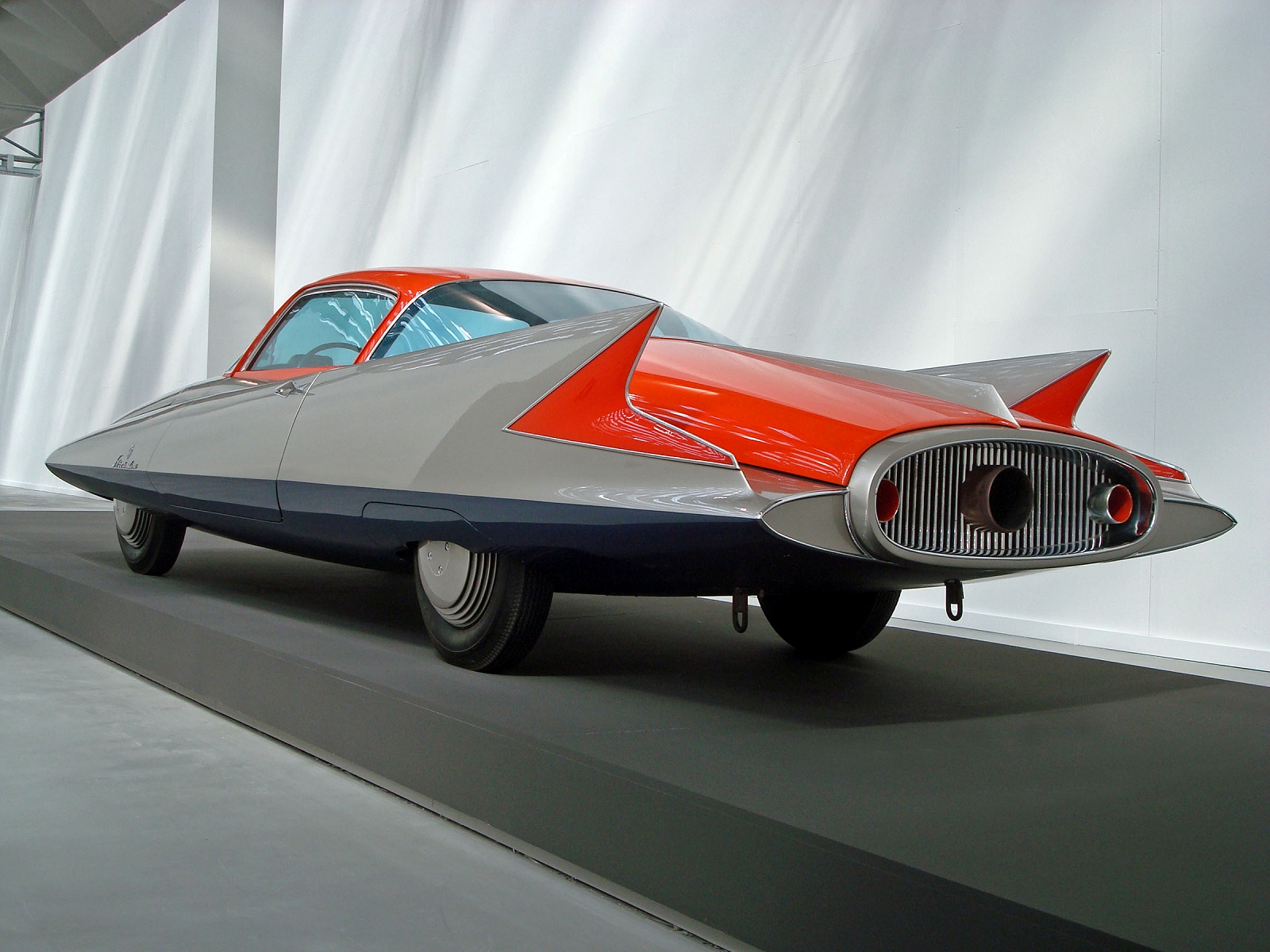 The 'Dream' exhibition currently taking place at the Giovanni Agnelli Pavilion Esposizioni in Turin is a stroll through almost 60 years of creativity, which convinced the world of carmakers - and consumers - to accept new stylistic features; demand greater performance and safety; and to create new ways to adapt car interiors to the many demands of business and leisure. 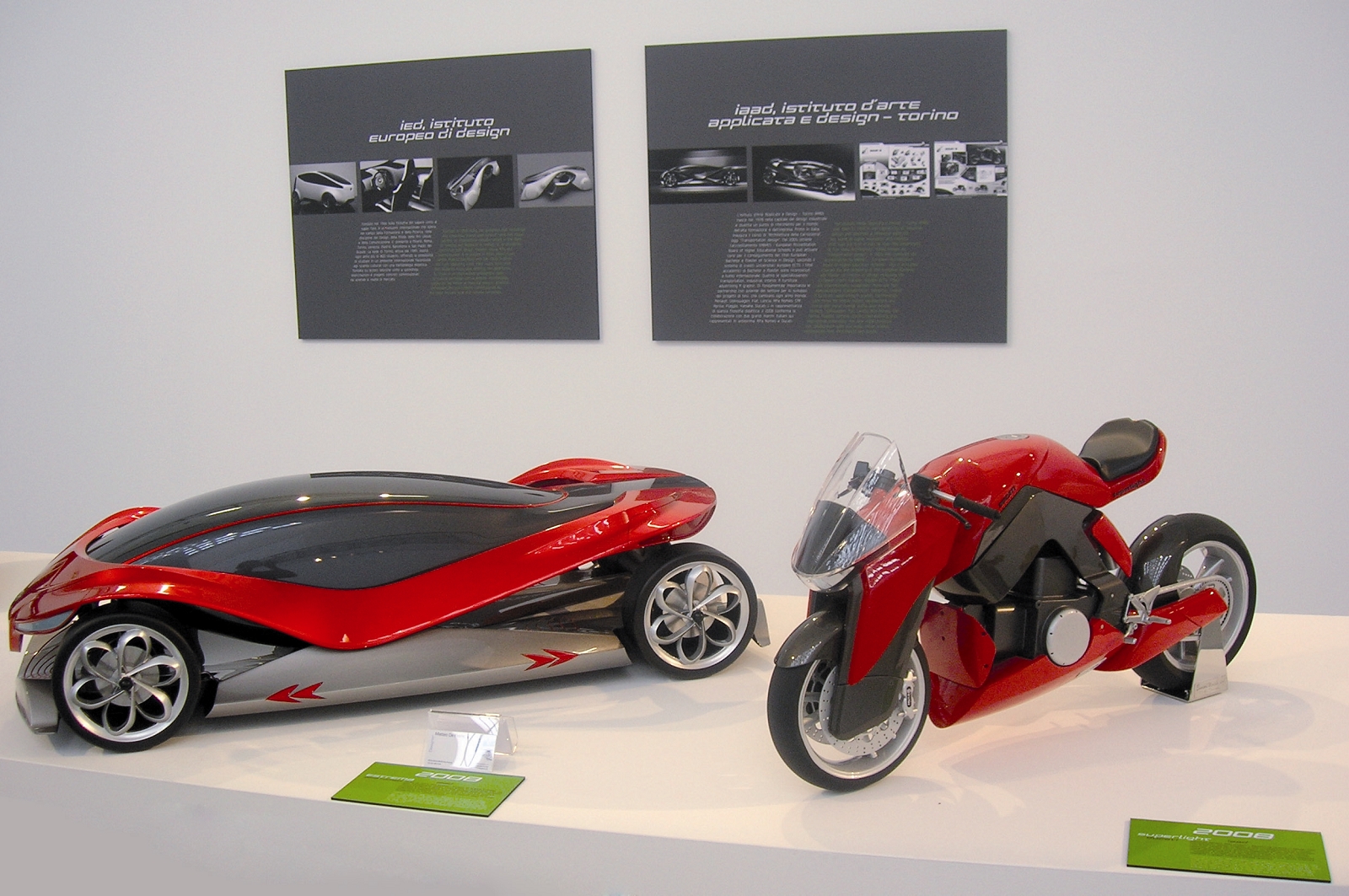 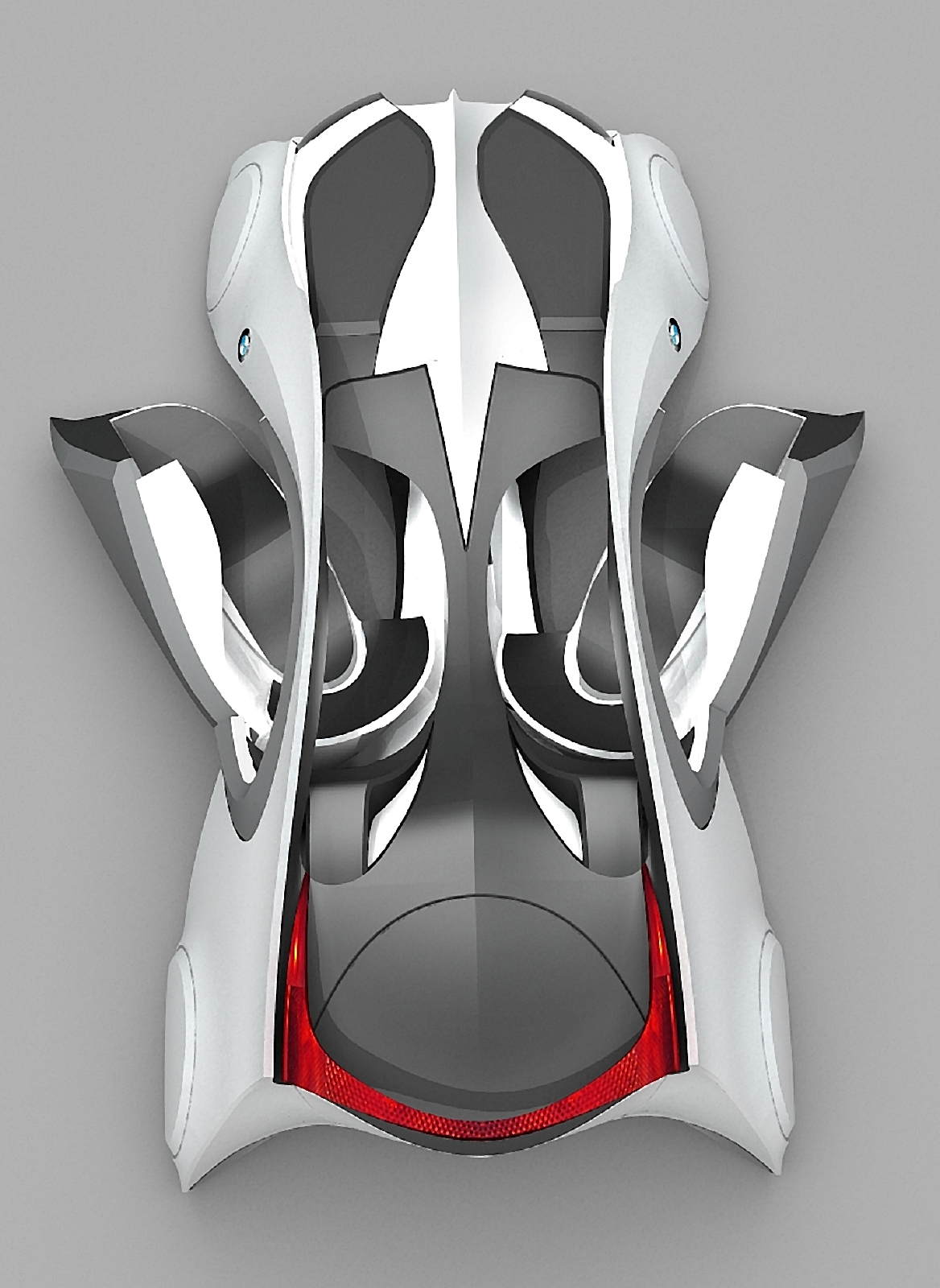 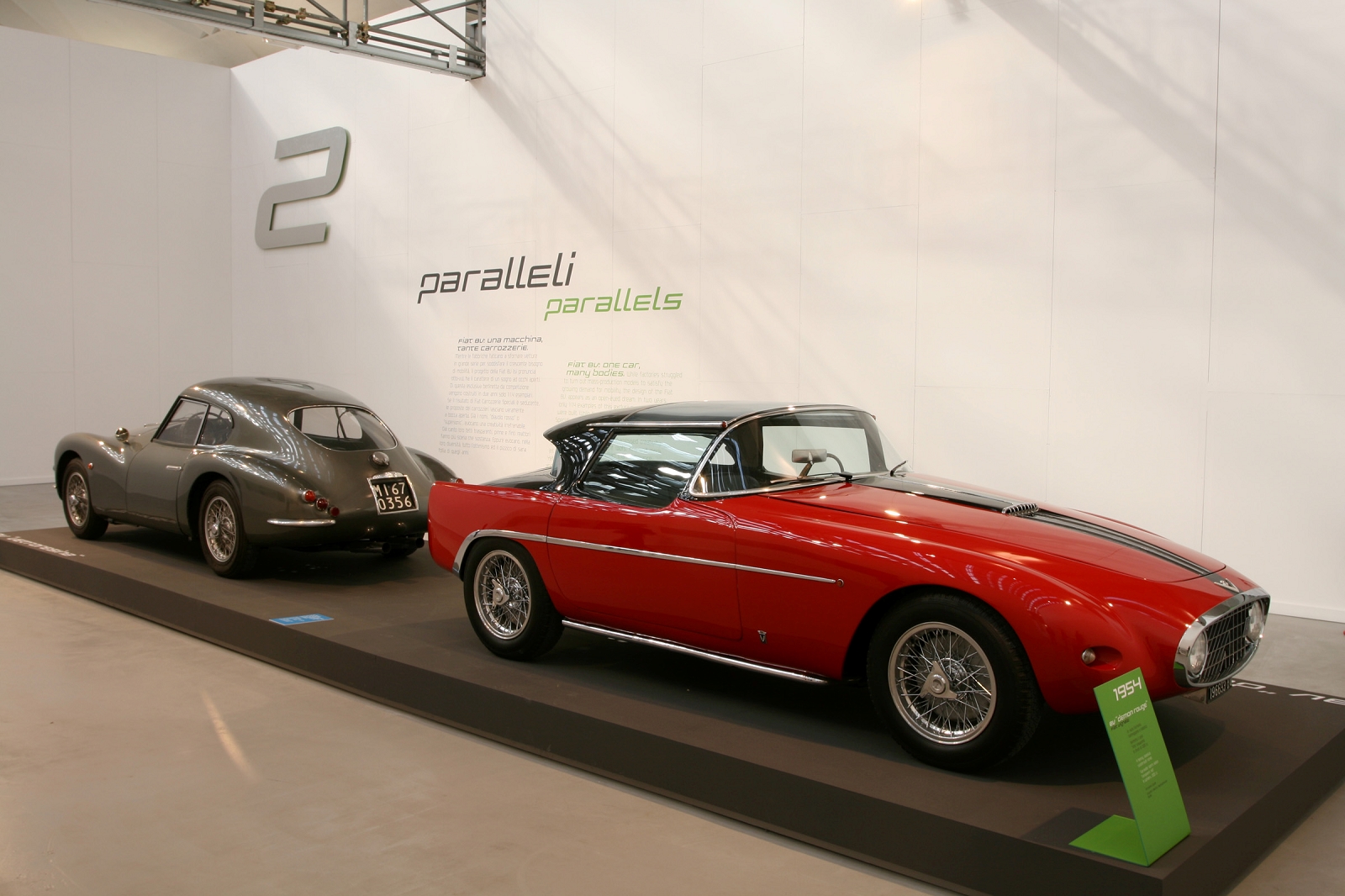 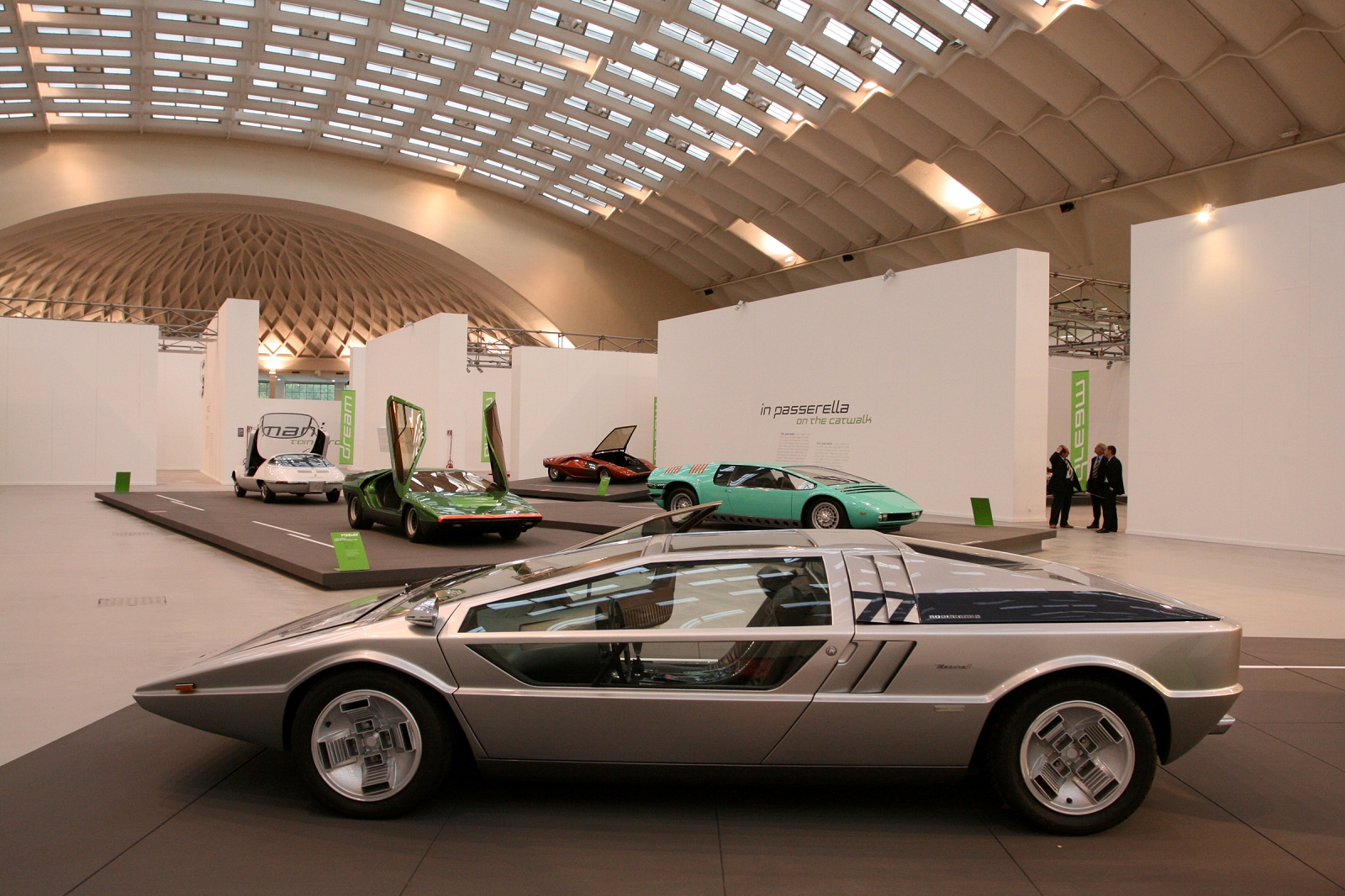 One of the main events commemorating Torino 2008 World Design Capital, there are 54 one-off examples and three-dimensional objects on view in the 12 galleries, piazza and atrium, including projects from local design schools Instutito Europeo di Design (IED) and the Istituto d'Arte Applicata e Design di Torino (IAAD).

IED is showing two projects created by students on its post-graduate course in Transportation Design: the Fiat Panda from 2007 and the 2008 BMW ZX6 - a thesis project created selected as the main photo of the exhibition. IAAD is showing the best thesis projects created by Bachelor degree students in partnership with Ducati and Alfa Romeo during the 2007-2008 academic year, as well as a clay model of a Ford Shelby and a Hummer H2 in wood.

In the other parts of the exhibition, scale models, sketches, drawings and projects all illustrate the ceaseless transformation in aesthetic parameters and technical details from the post-war period to today, demonstrating how the 1950s and ‘60s were stellar years for creativity, but also how these decades were highpoints for design know-how that began to be developed in Italy in the early 1900s.

The 1954 Fiat V8 sports sedan with a fiberglass body was designed by Fabio Rapi. These were also the years when Italy was fascinated by the 'American dream'. It is a fine example of 'European culture' and its perception of automotive elegance: Size as an expression of power and success; cars with prominent hoods, radiator grilles, fenders and fins; chrome detailing and frills for automobiles that sailed the streets as though they were in the sea or the sky.

Gilda, the car that was built in 1955 by Ghia and designed by Giovanni Savonuzzi - who named it in honor of the American actress Rita Hayworth - is an emblem of the carefree optimism of that period, which reached these shores a few years later through films and literature. This extraordinary example, which today belongs to a collection in California, returns to Turin and is certain to be the object of affectionate curiosity of young people and aficionados who are attracted by evolutionary phenomena in car design.