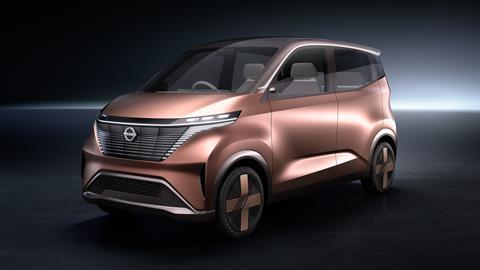 The Tokyo Motor Show teasers have started, with Nissan publishing images of its new IMk semi-autonomous concept car set to appear on their stand at the end of this month. 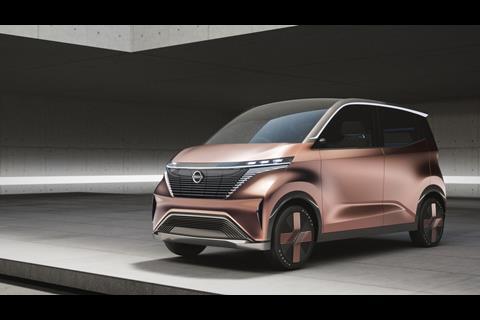 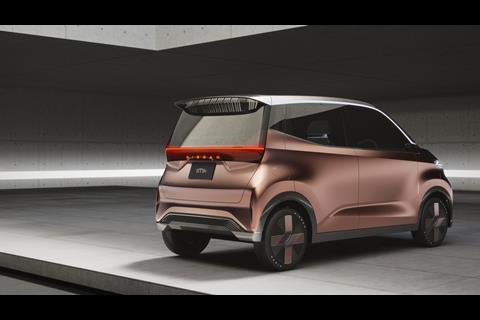 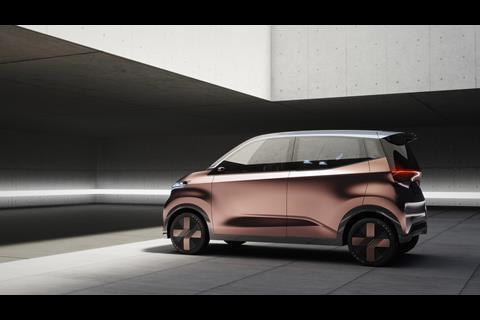 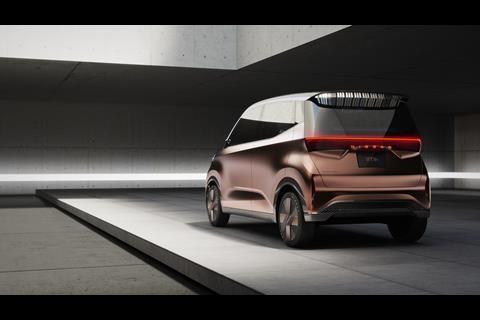 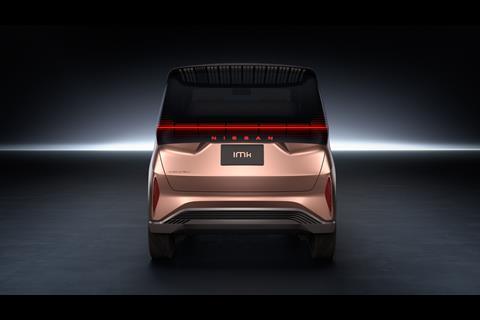 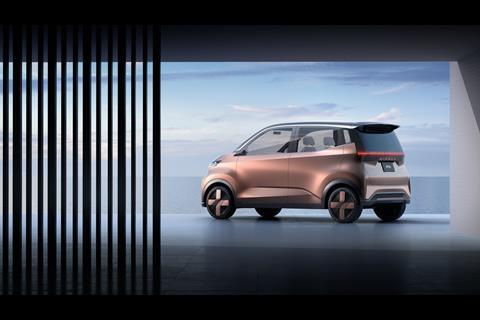 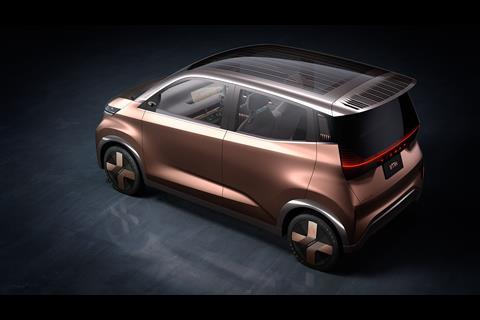 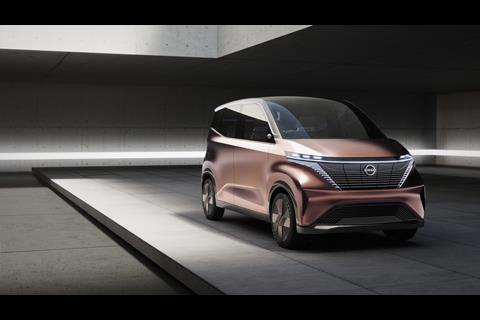 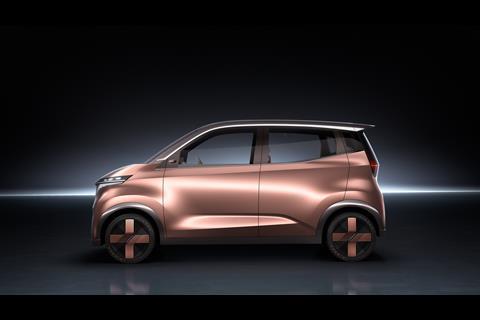 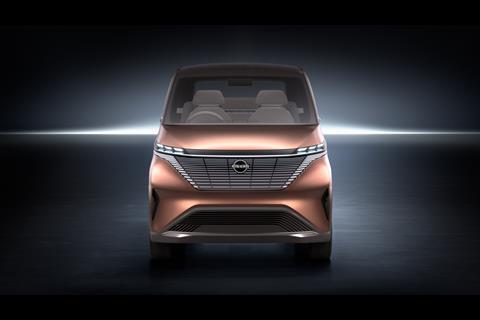 “Just as mizuhiki flows naturally by design, on the IMk this flowing pattern blends the front, sides, and rear of the concept together for a completely new presence, outside and inside. The shield, which replaces the grille in gasoline-powered vehicles, represents a new signature element in our redefined design language.”

The interior, meant to help reduce the stress of occupants, is light and minimalist, with wooden slats appearing to prop-up the light-grey fabric wrapping around the cabin, itself broken up only by copper coloured accents. A bezel-less touchscreen sat on the flat, open dash holds the IP and infotainment graphics (complete with Alexa-style personal assistant functionality), with the transmission lever and power button the only physical controls on the dash. The seats are a full-width bench with large perforations. 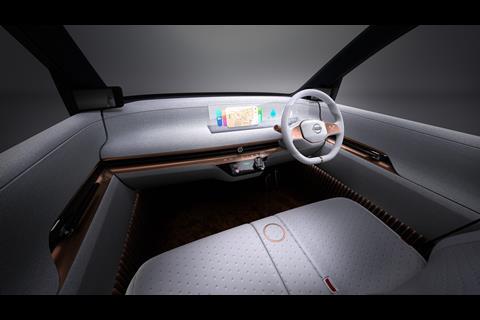 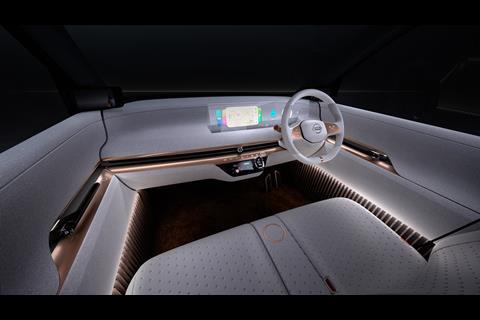 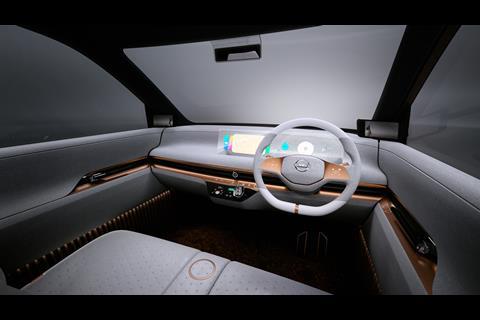 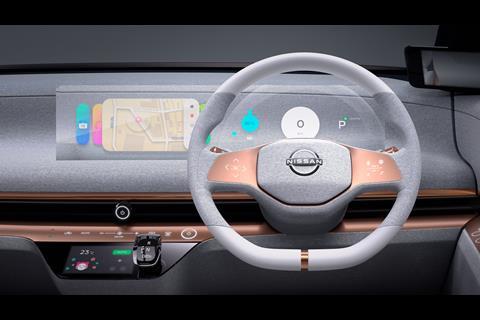 Tai commented: “We could have kept all the surfaces inside the IMk’s cabin flat, which would have equated to more physical space. But if we did that, we would have lost some of its beauty, and we didn’t want to go that route. The IMk was never about being roomier than a traditional small car. It was about being an upscale, stylish partner that gives occupants a chic, elegant space to enjoy.”

As the ‘k’ in its name might hint, the IMk has the proportions of a Kei car, although Nissan’s stated dimensions for the car of 3434mm in length and 1512mm in width put it slightly beyond the regulation limits of 3400mm and 1480mm respectively. Perhaps it would be slimmed down a little before it went into production. 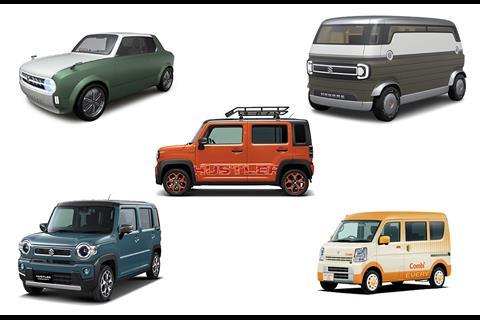 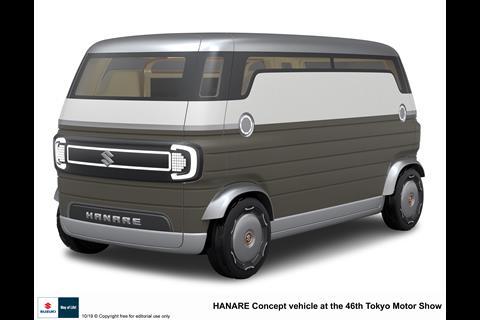 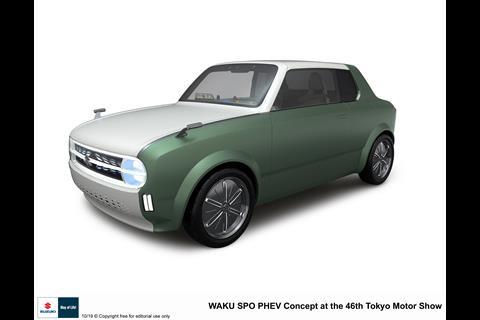 As well as Nissan, Suzuki will also be exploring the compact car… with no fewer than five different show cars on display. The first is the Waku SPO, a retro PHEV in a two-tone, three-box mini-coupé body, with cameras on the fenders to mimic the iconic JDM wing mirrors of old. According to Suzuki, “a WAKU WAKU switch is installed to switch its body shape, front mask, and content shown on the dashboard.” Intriguing.

Next up is the Hanare, a ‘mobile room’ electric monovolume – that’s three ticks in the ‘trendy concept car’ checklist already – that features a full-length interior space allegedly akin to that of a detached Japanese cottage.

These will be joined by two Hustler concept kei cars. A mild crossover appearance features on the dark green version, with black plastic trimmings, while a bright orange version will also appear, complete with roof rack and ‘90s-style side stickers for maximum ‘active lifestyle’ imagery.

Finally, a version of the Every kei minivan in collaboration with childcare brand Combi, will “provide room for changing diapers and breast-feeding at ease, such as in outdoor events or in shelters upon natural disasters.”

We will give you more on these, plus the officially announced Mazda BEV, at the show with our CDN Live coverage later this month…