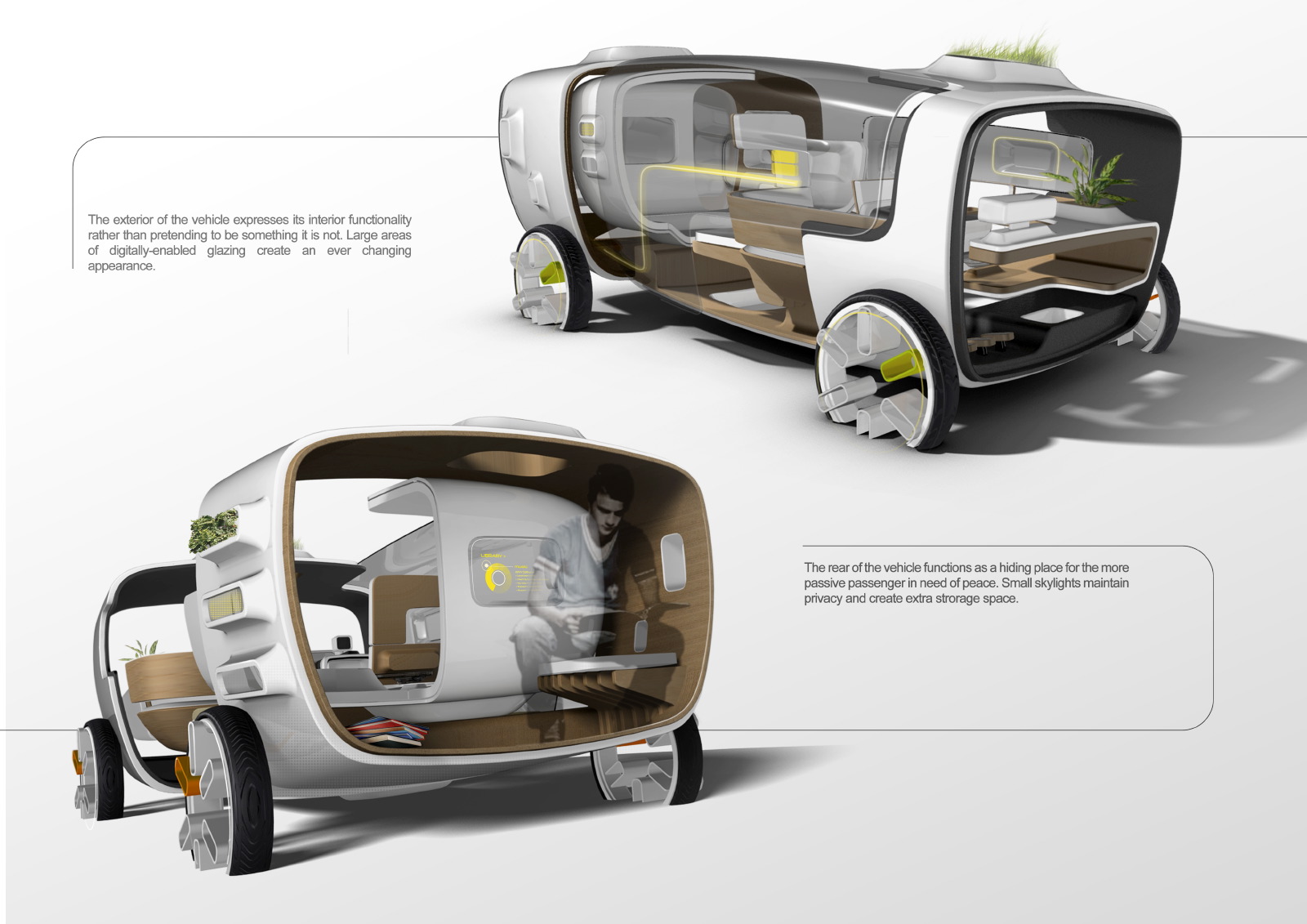 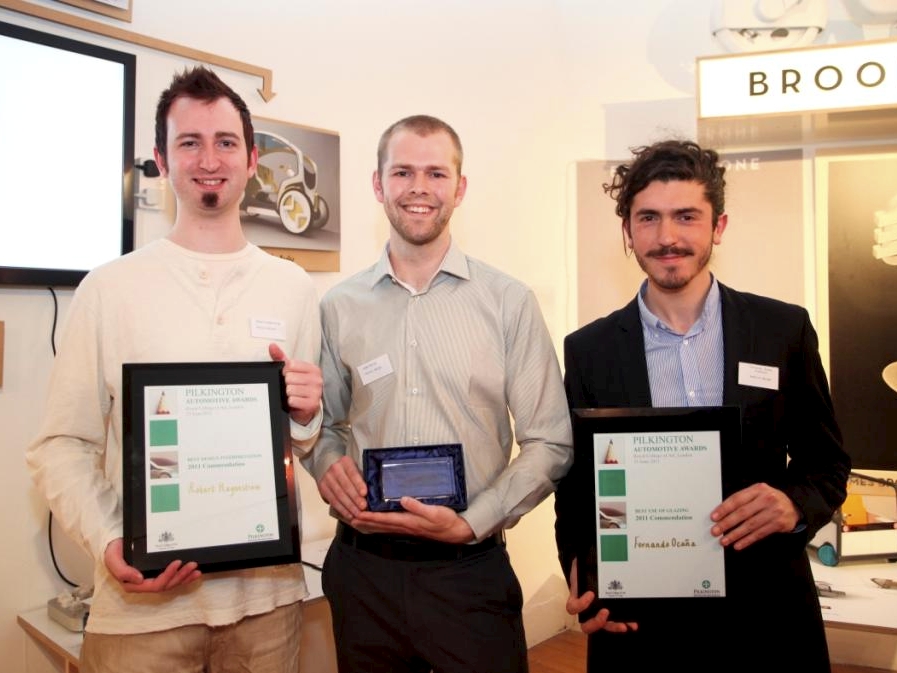 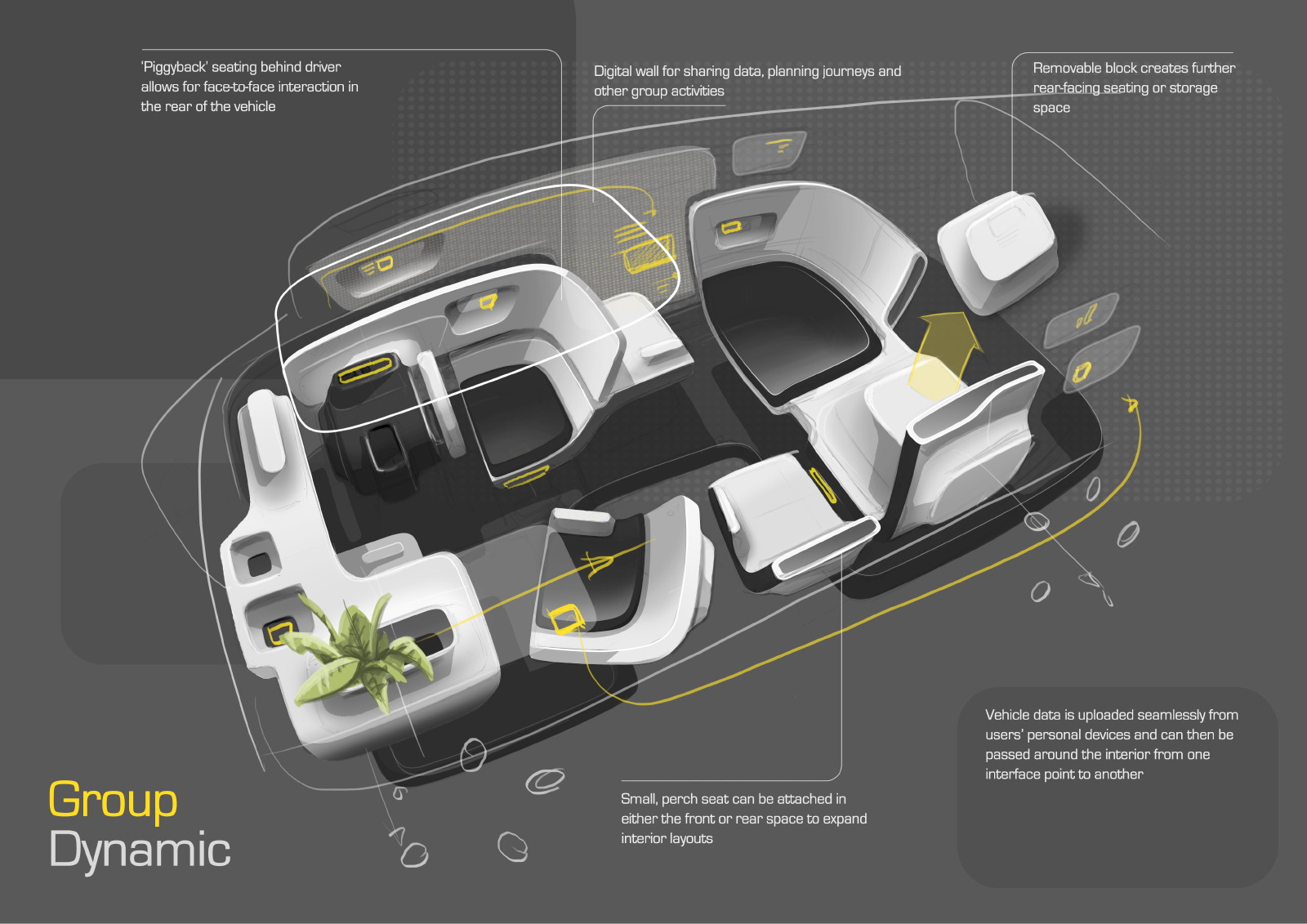 Adam Phillips' 'Family Dynamic' concept rendering (above and below) 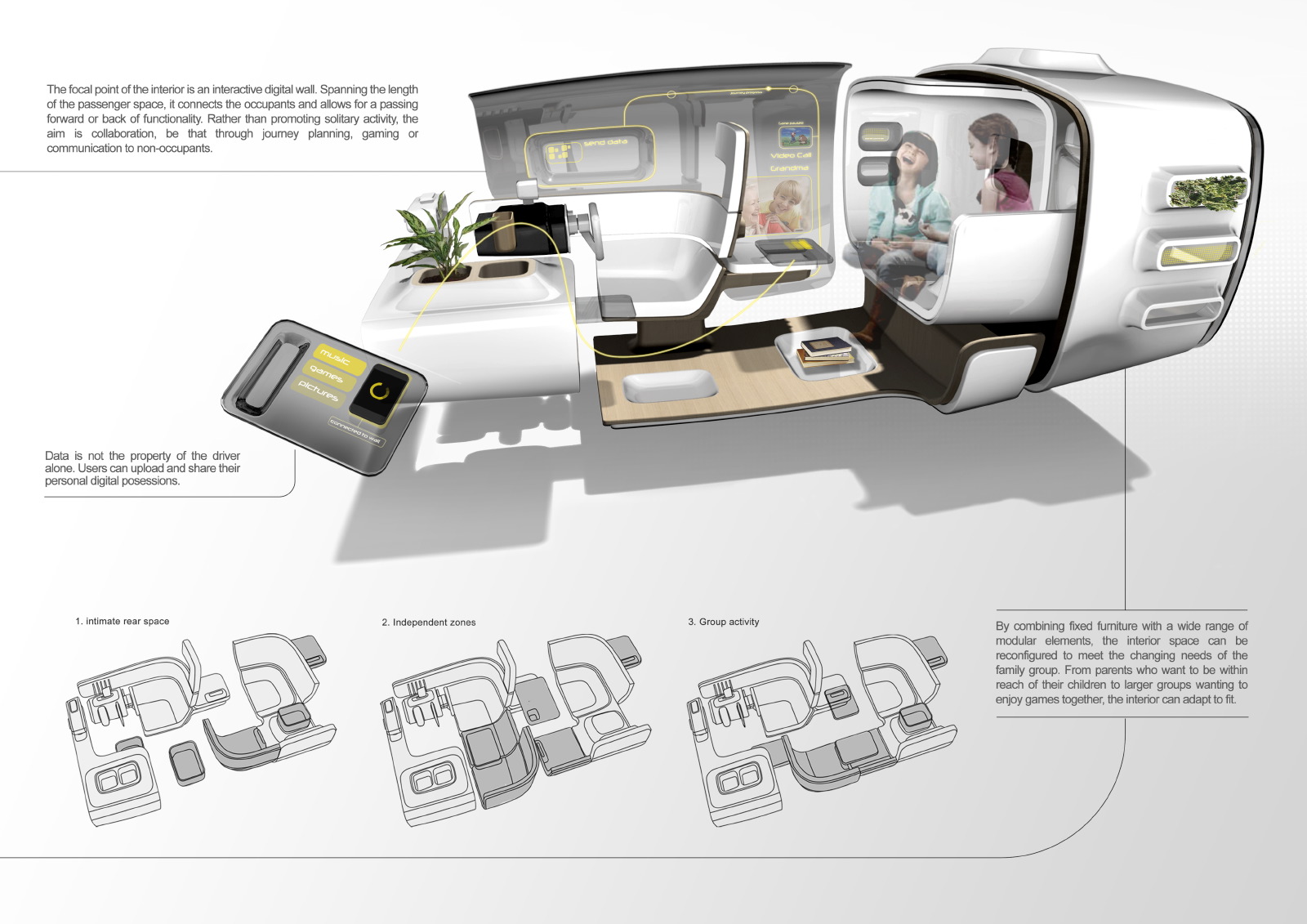 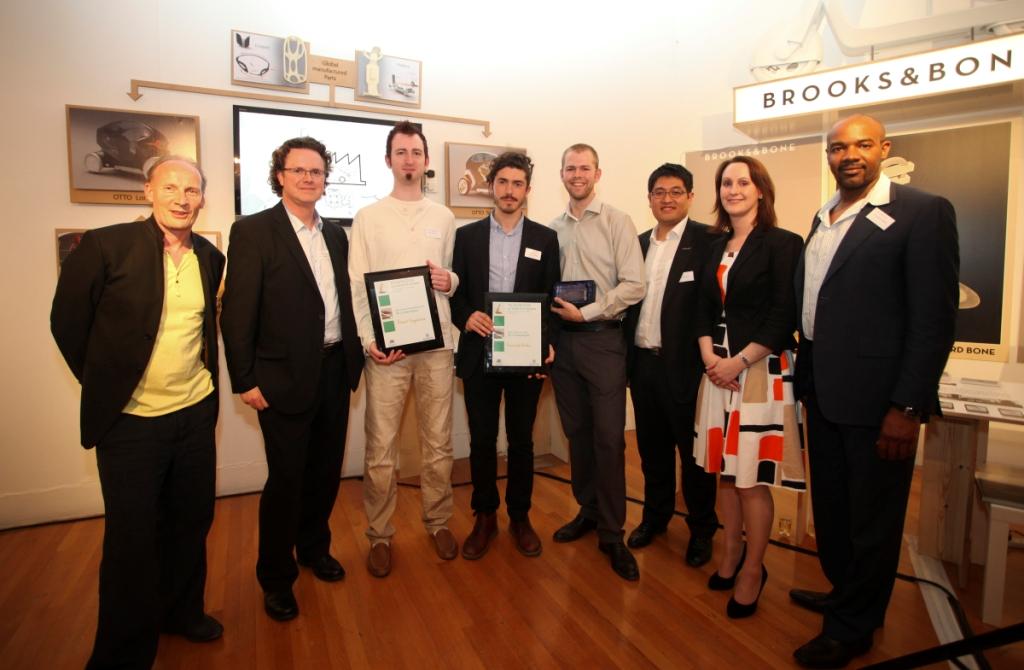 One student designer has made history by winning the prizes for Best Overall Design and Best Use of Glazing at the 2011 Pilkington Vehicle Design Awards. For the first time in the awards' 24-year history, the prizes were awarded to Adam Phillips, a postgraduate of the vehicle design course at the Royal College of Art (RCA). 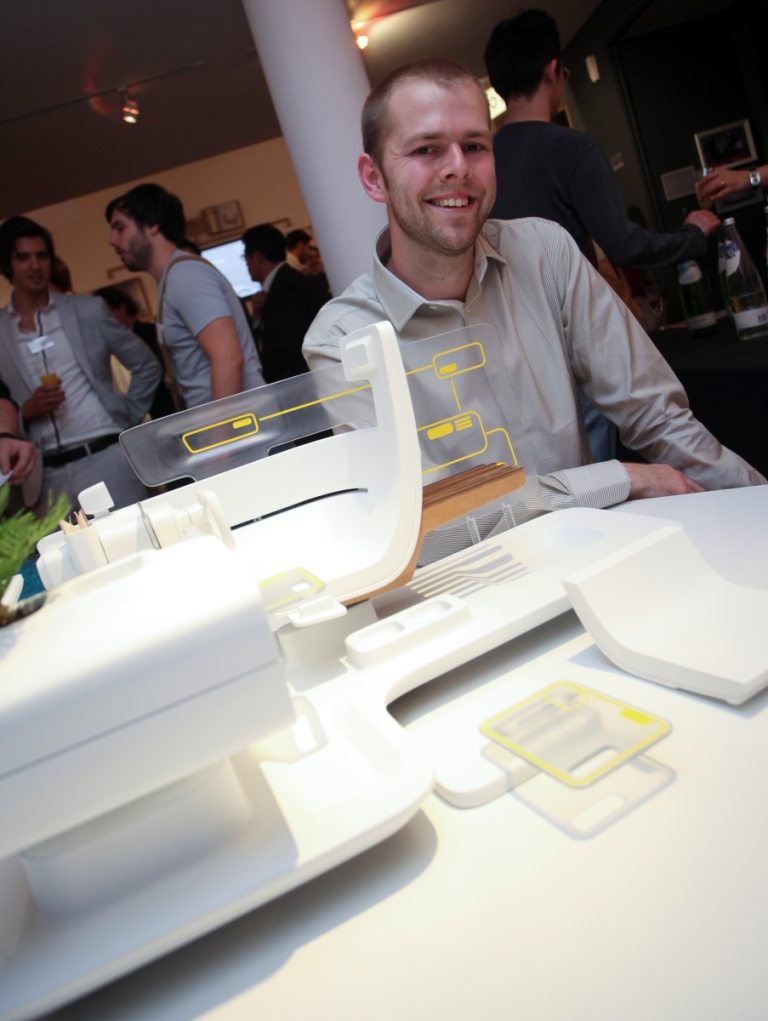 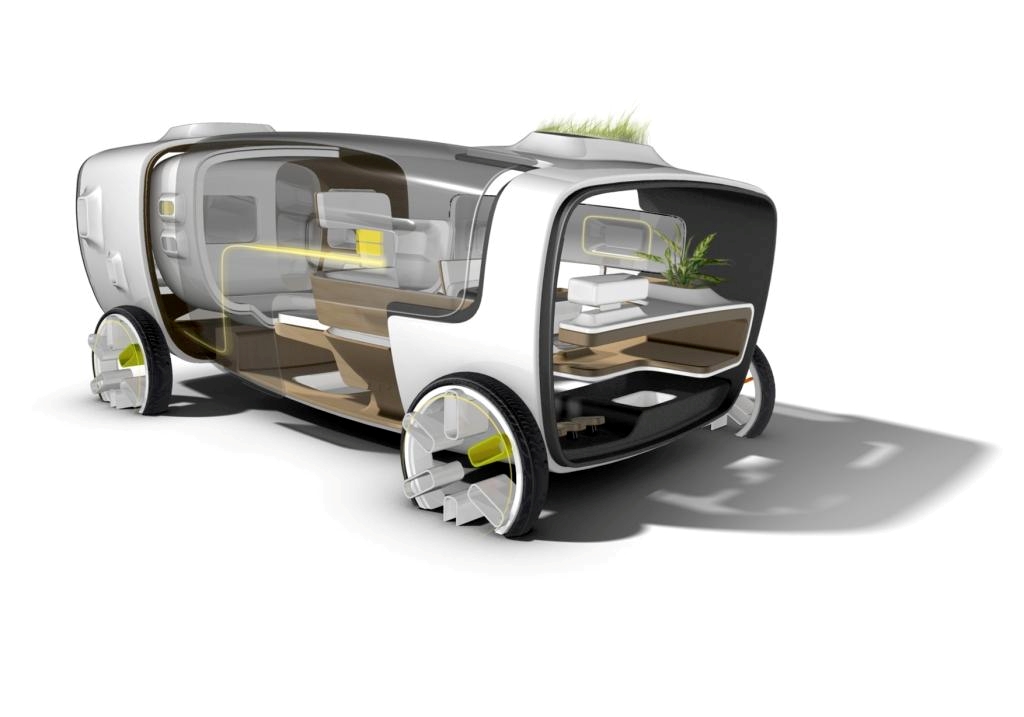 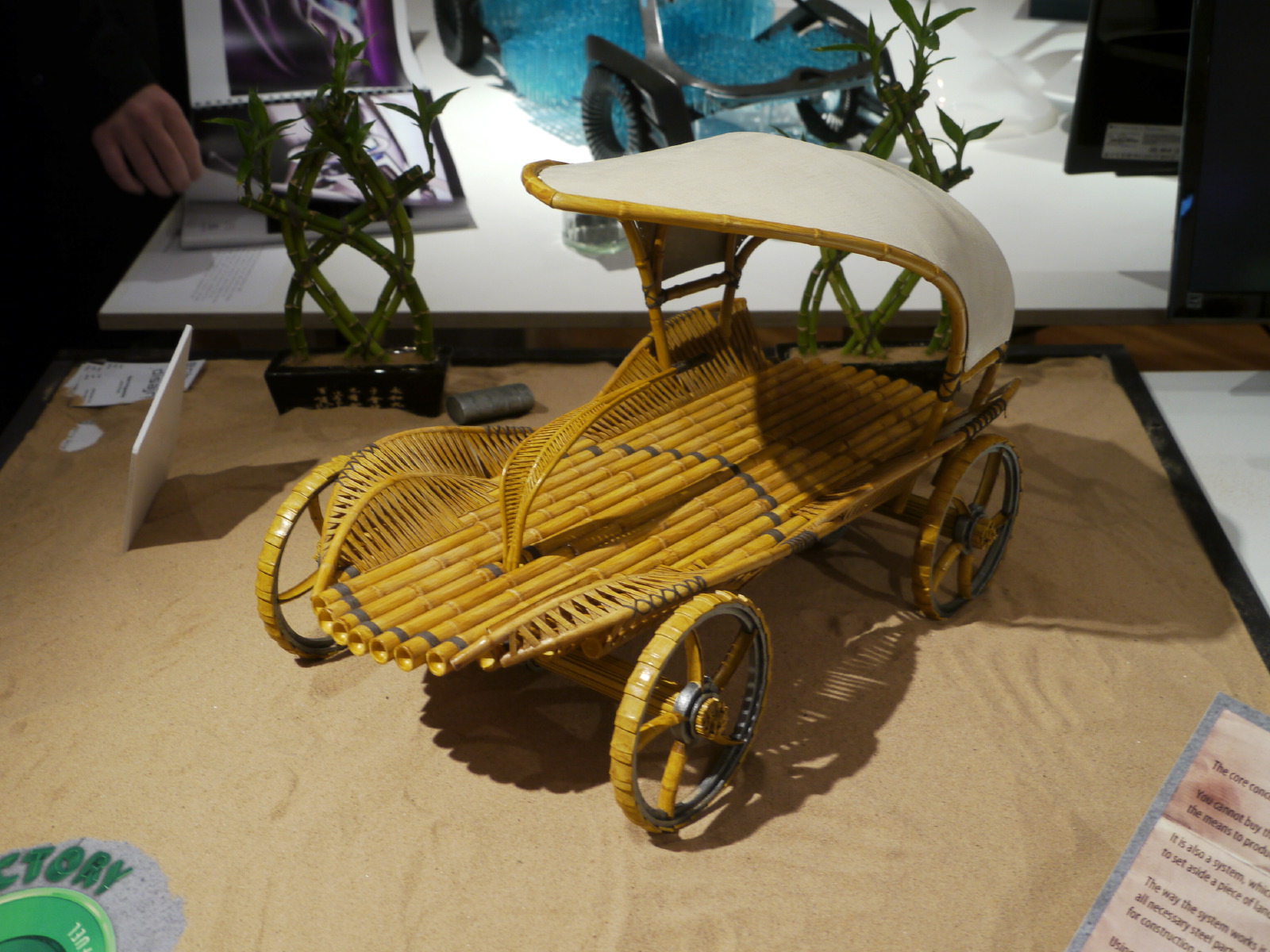 Robert Hagenstrom was commended for his bamboo vehicle concept

Phillips, who previously worked as a toy designer for Lego before studying at the RCA, scooped the awards with a concept on the modern family car that uses iPad-style technology called ‘Family Dynamic'.

"Current interiors of vehicles promote an outdated family dynamic, with one person - the driver - being handed all of the focus and responsibility," Phillips said."Nowadays, however, children have much more influence and freedom. My design mimics life in the home, where the occupants have greater interaction."

This interaction is created using a seating arrangement and an interactive wall that uses digitally enabled glass spanning the length of the passenger space. This glass allows them to interact through applications such as movies or through gaming.

Earl Beckles, principal designer at Jaguar Advanced Design and one member of the judging panel, believes that over the next 10 years vehicles will place more emphasis on social interaction, becoming more of a lifestyle item.

"Future vehicles will become more tactile with push buttons almost disappearing and touch screens and voice control coming in. It will be a much more intuitive and a far less mechanical experience," Beckles said.

"We are beginning to see this already with some of the functions that are making their way into vehicles like touch screens and increased internet capabilities for iPhones and androids," he added.

Hong K. Yeo of McLaren Automotive, also a member of the judging panel and a former winner of the 2009 Pilkington Design Award, has his own theory about where the future of automotive design lies.

"There's no question even as a supercar designer that there needs to be a revolutionary design for efficiency and sustainability. Ultimately it is the enthusiasts, the experts of automotive design who need to lead the way," said Yeo, a graduate of the RCA Vehicle Design course.

"Measures of great automobile design are not seen through the bends of the sheet metal, but from the thought and passion underneath it," concluded Yeo.

Another graduating student, Robert Hagenstrom, from Sweden, was given a commendation for his design of a vehicle made from bamboo for people living in the third world. Hagenstrom's concept entails a fully sustainable process whereby people can generate their own materials to build a car that can continue to provide an income.

Fernando Ocana, from Mexico, was commended for his Monoform design which used reflective glass and architectural shaping to encourage people to view their current environment from a different perspective. Ocana wanted to examine conceptual design during his time on the RCA's course, with his design exploring urbanism, symbolism, complexity and evolution.

Click on the link below to view the Car Design News Pilkington Design Awards webinar live from the RCA. And watch this space for a full report on all the projects from this year's RCA degree show soon...