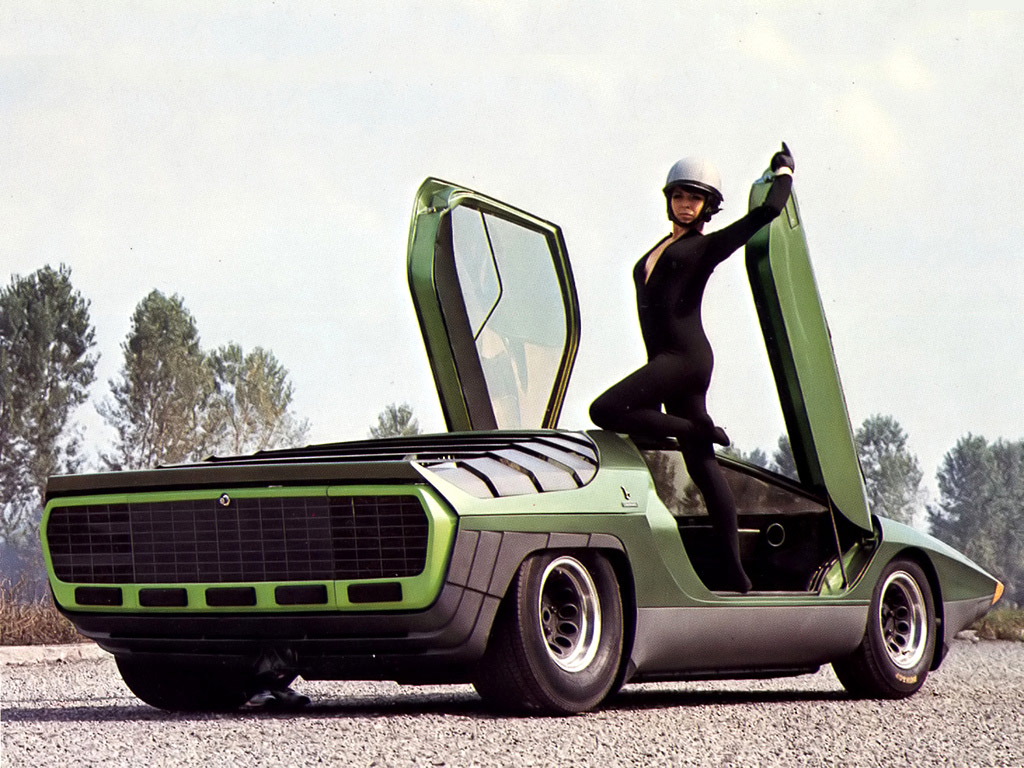 The 1968 Alfa Romeo Carabo by Marcello Gandini was displayed at the Bertone 100-year anniversaary exhibition. Click for larger images 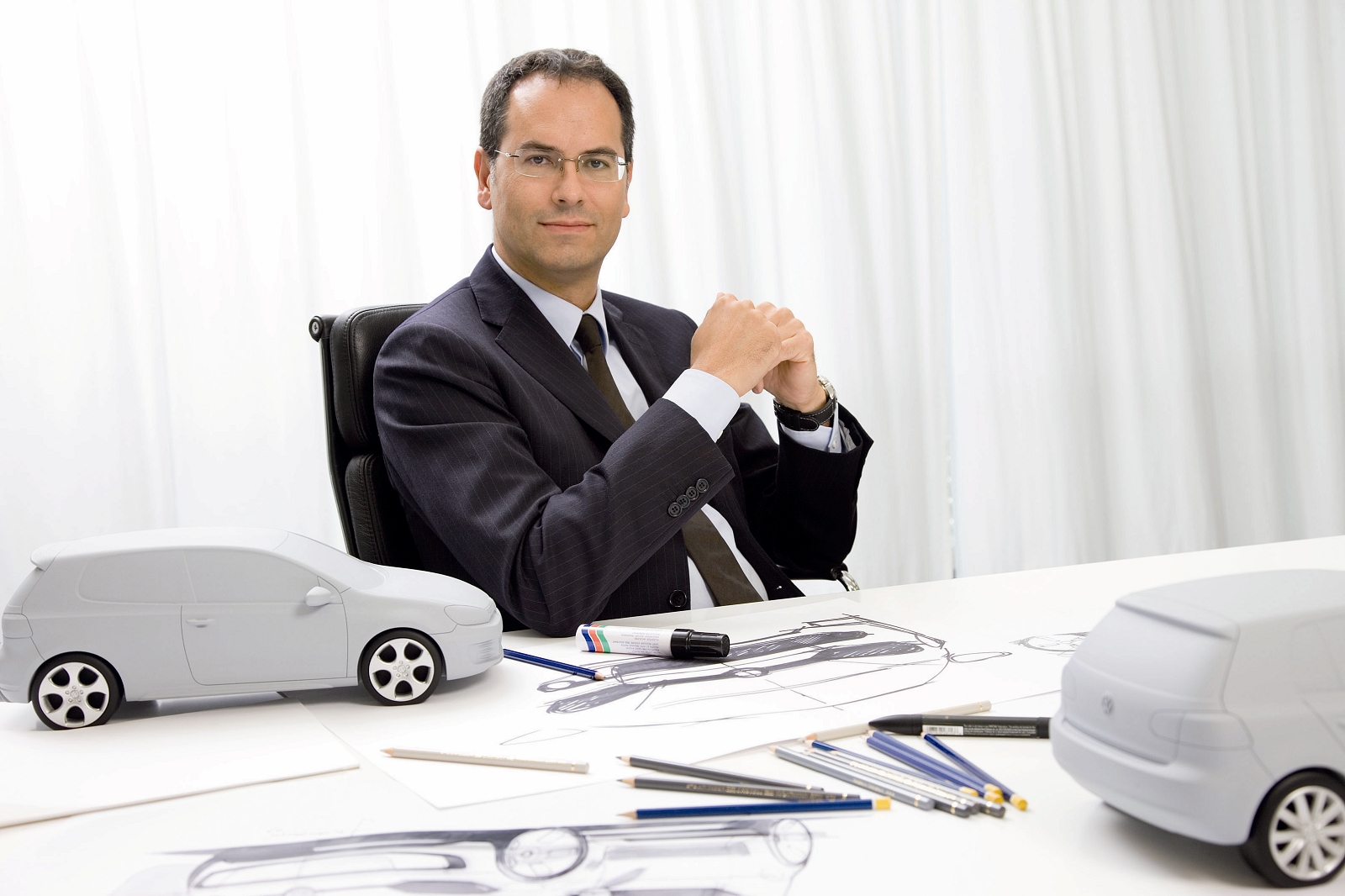 Flavio Manzoni alongside his designs for the latest Volkswagen Polo 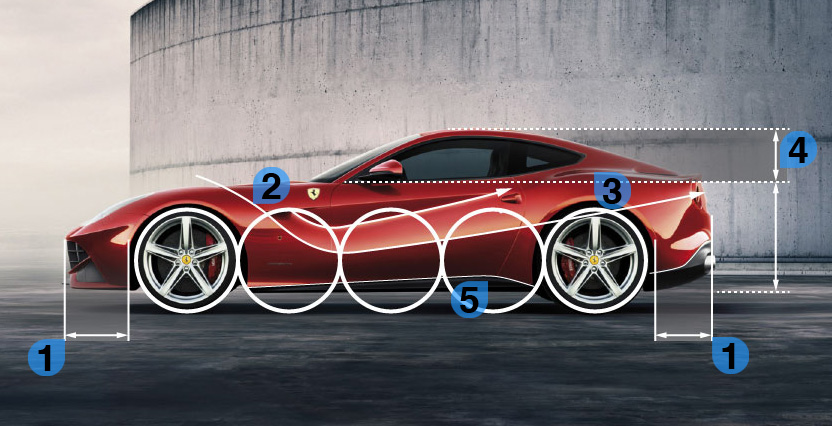 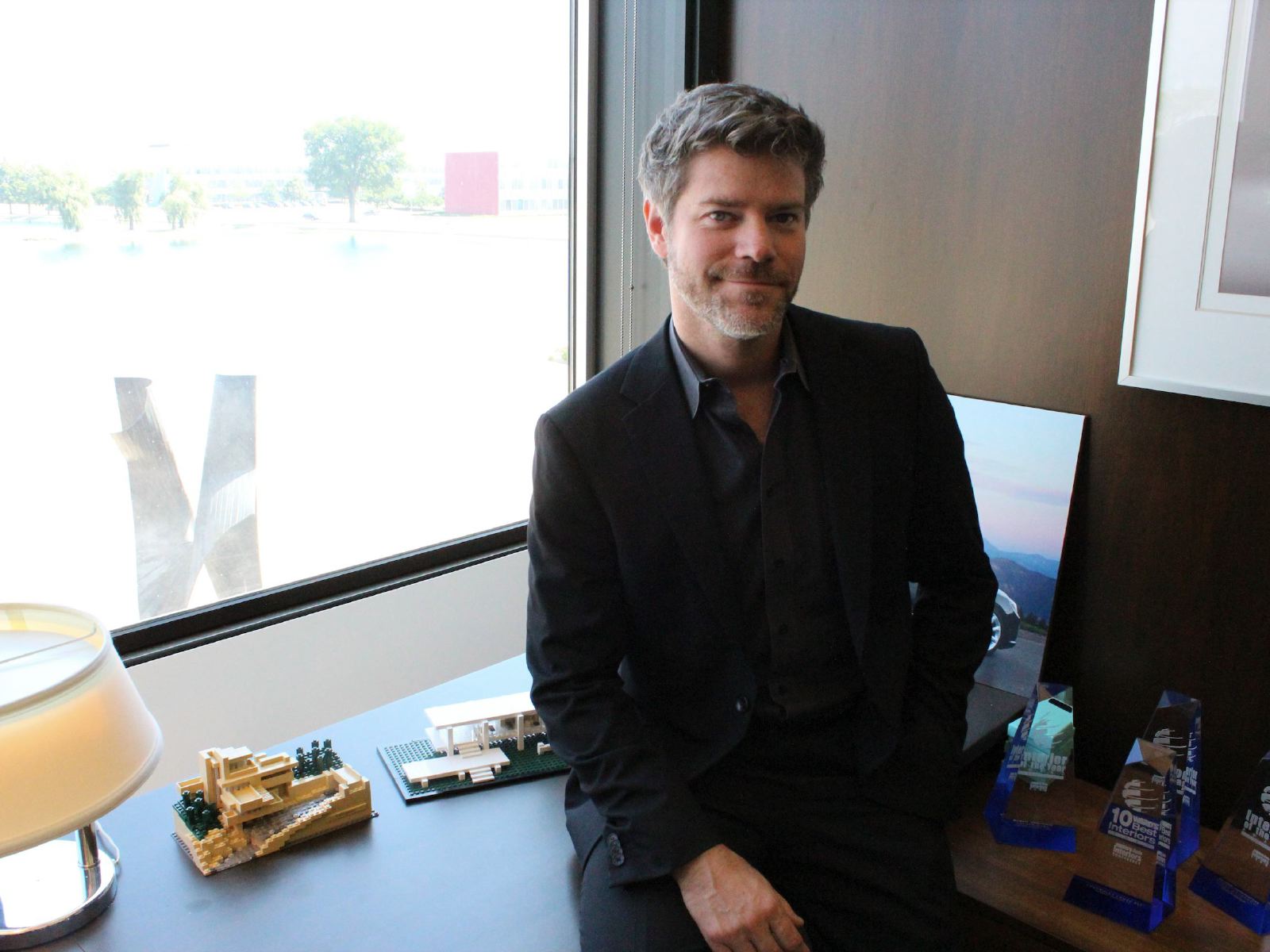 One of our most popular Pic of the Day submissions was a 1:1 clay model of the Dodge Challenger concept sitting behind the original Challenger 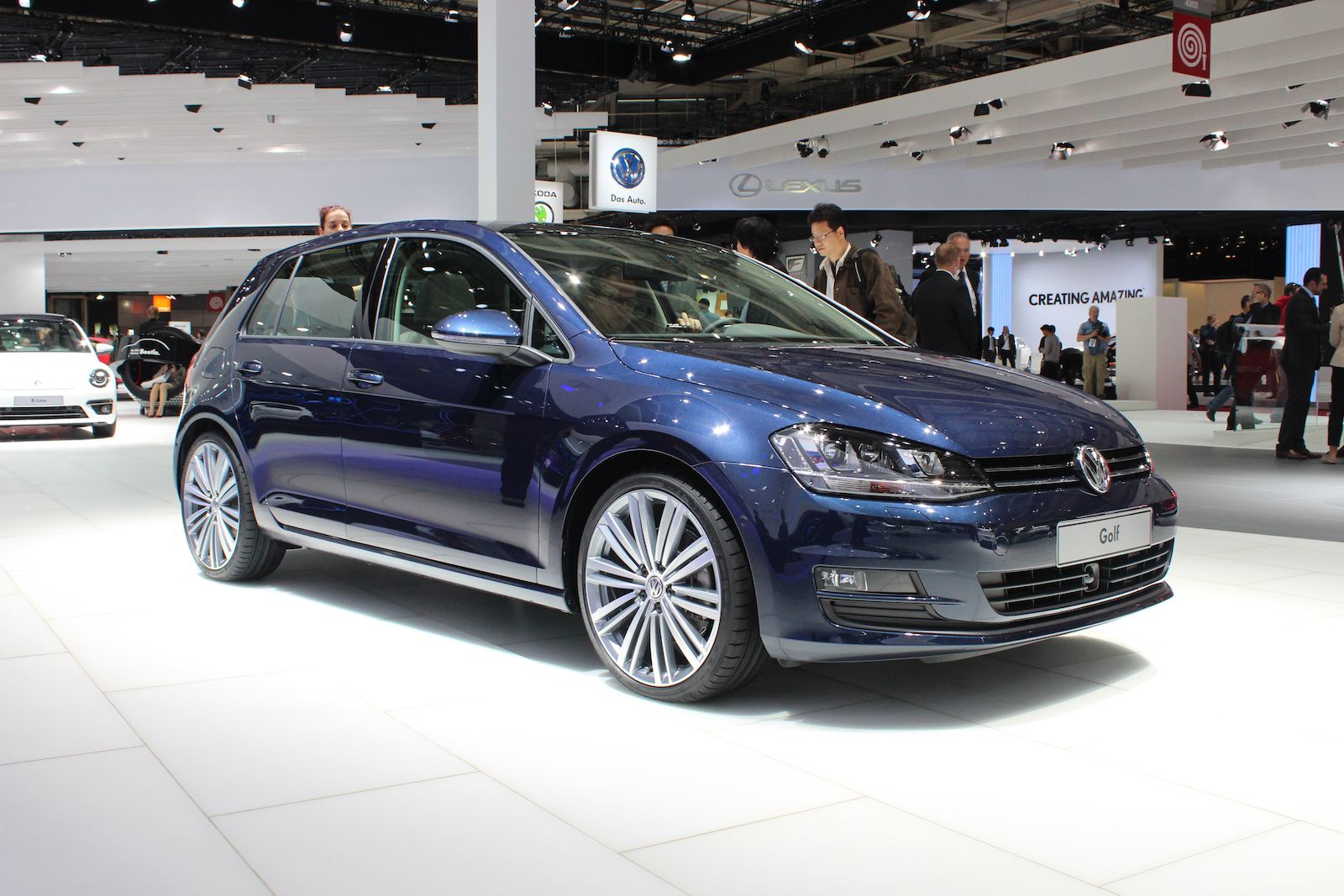 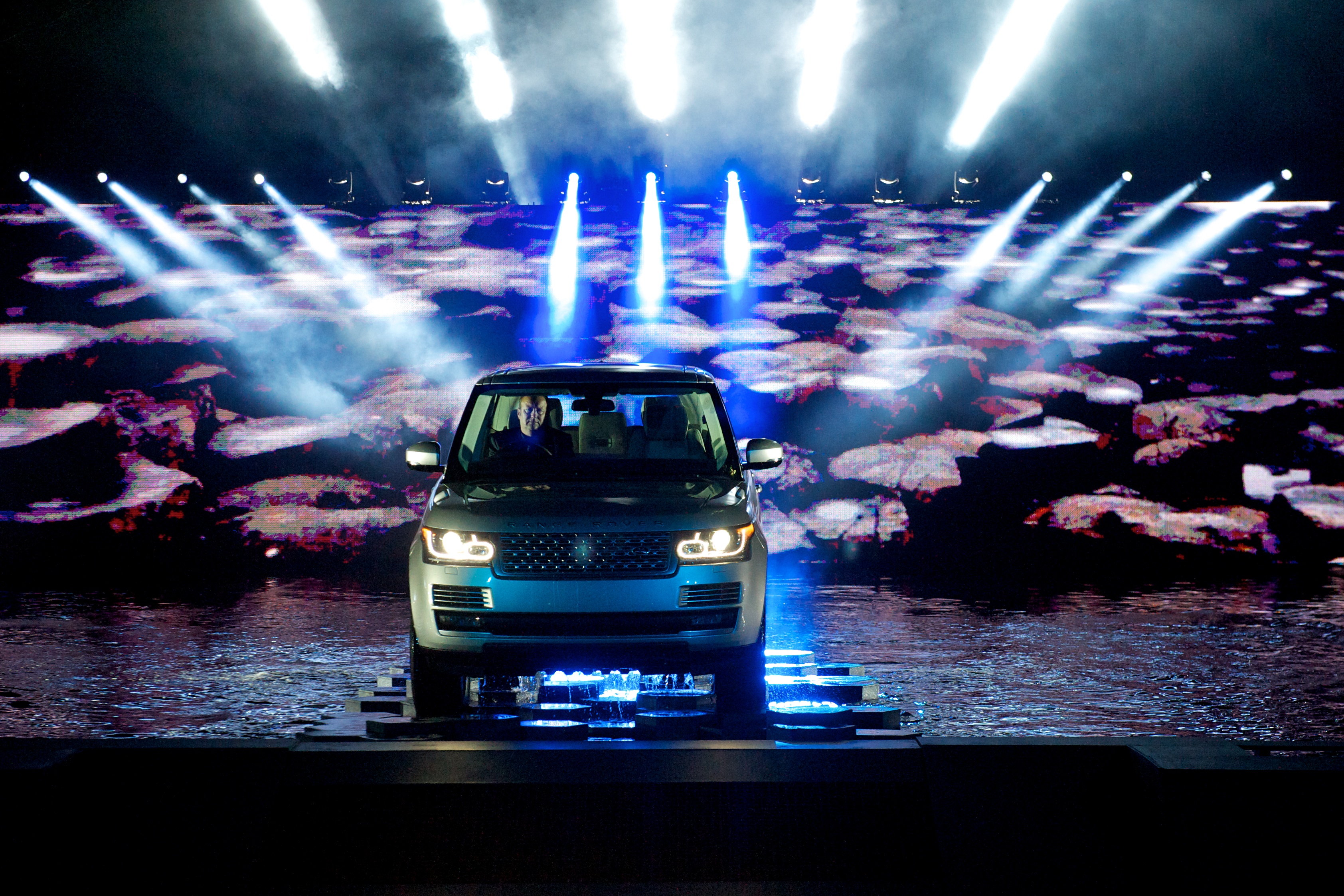 From 22 June to 15 July the ‘Pininfarina in London' exhibition showcased its most prestigious creations made in Italy including a Ferrari FF and a Maserati GranTurismo during the inauguration. 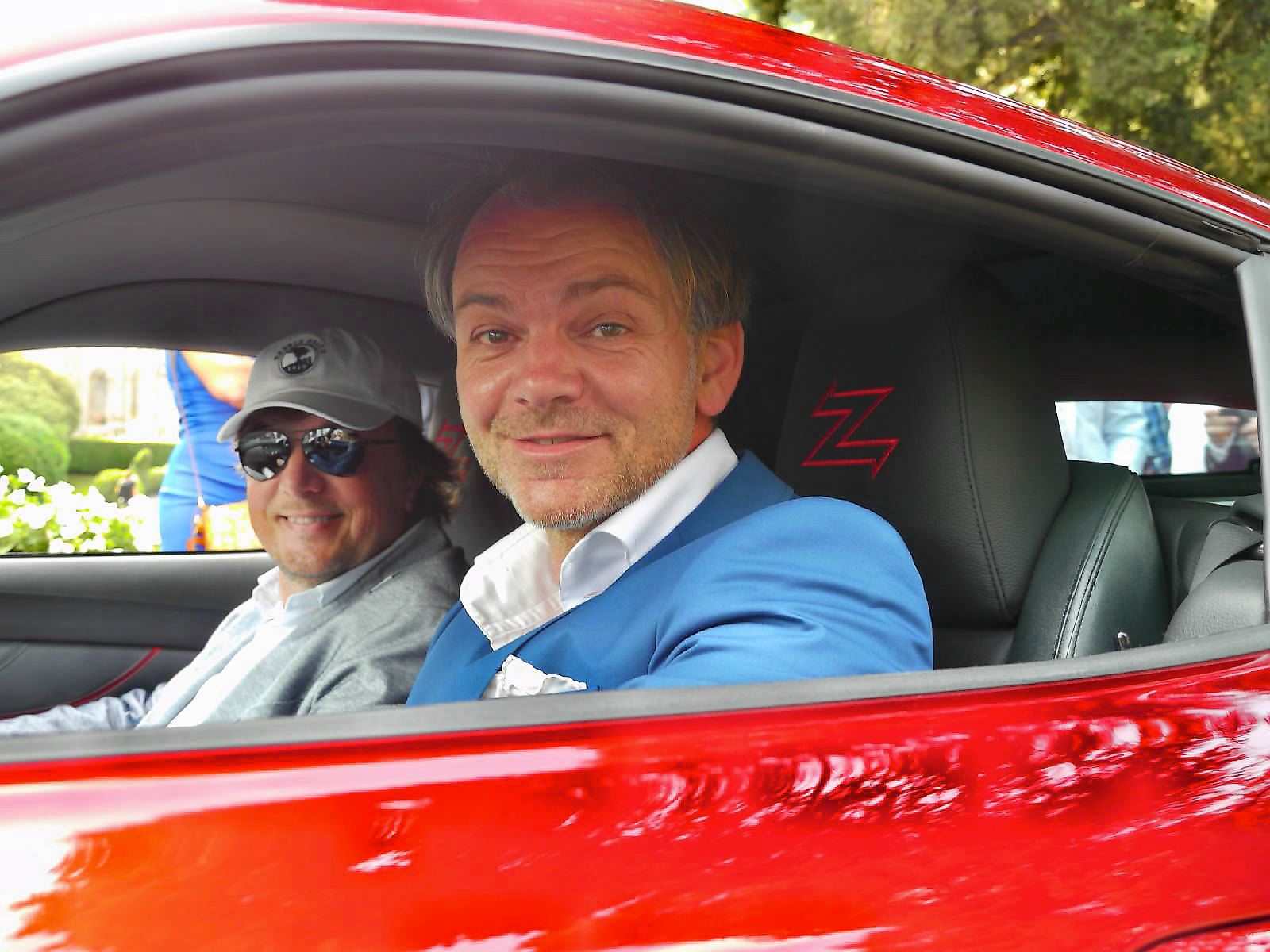 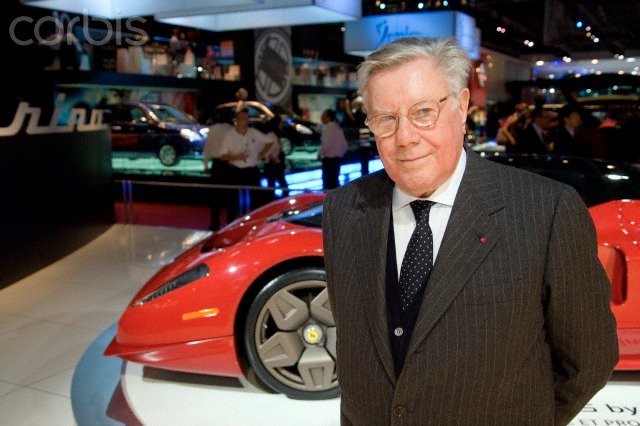 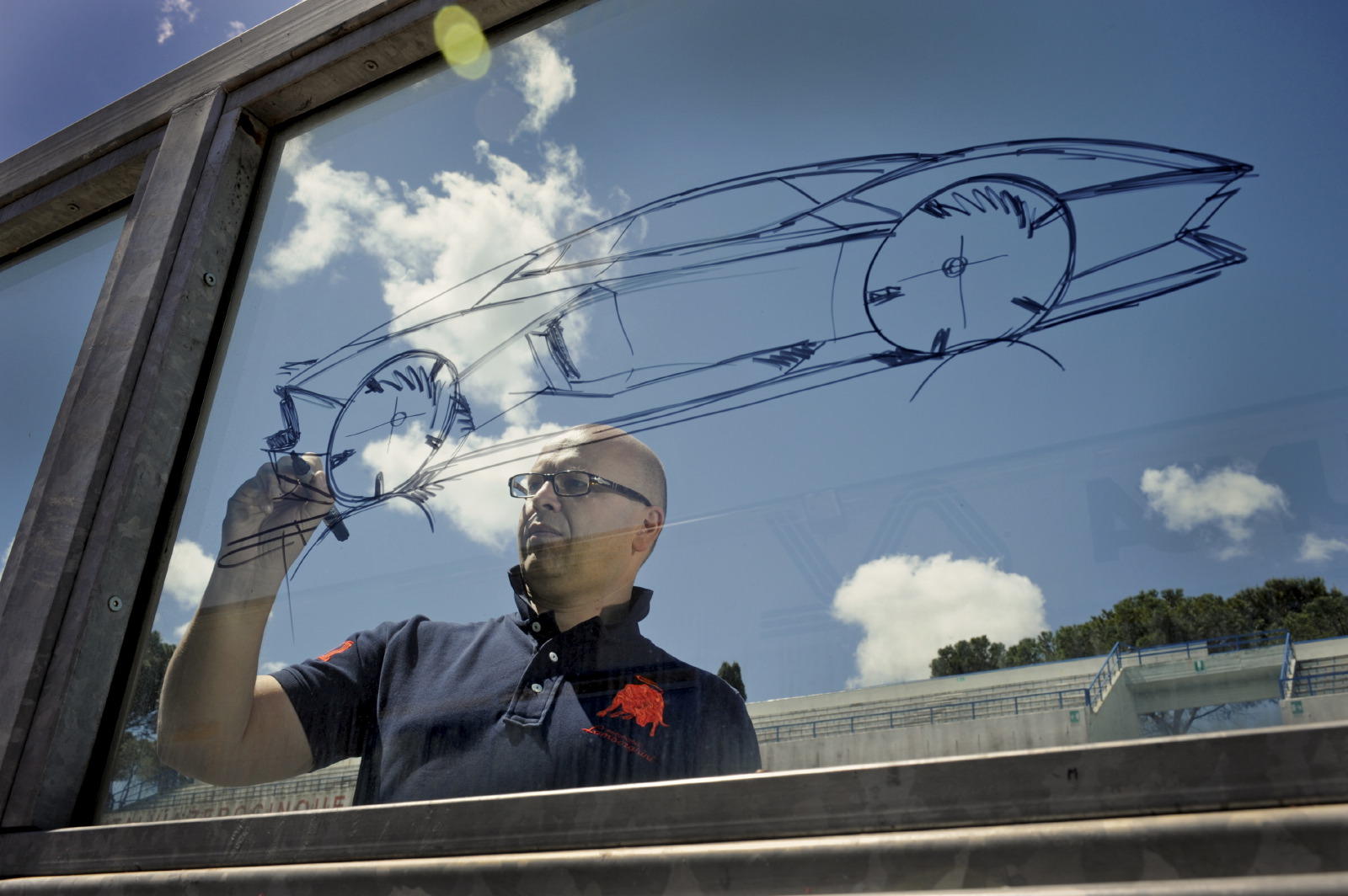 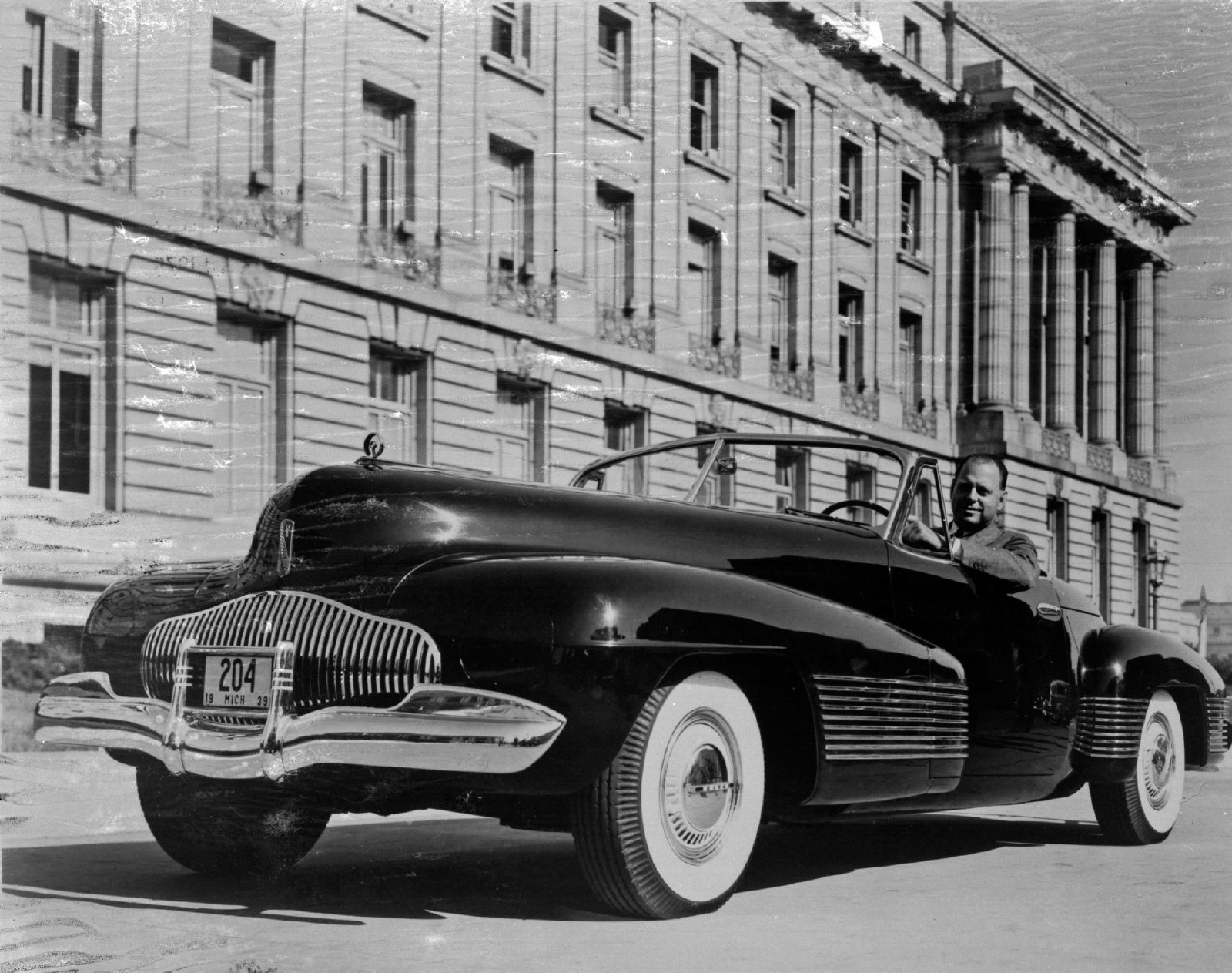 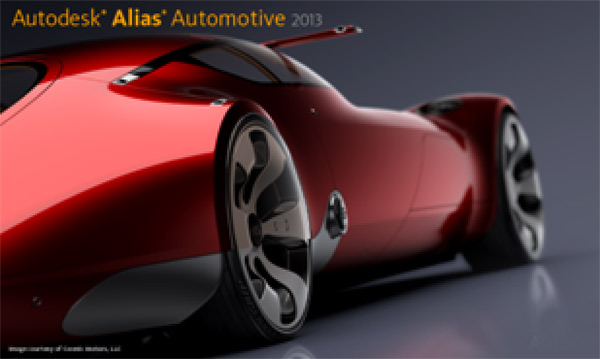 The four-part Autodesk Webinar series was a fantastic learning resource 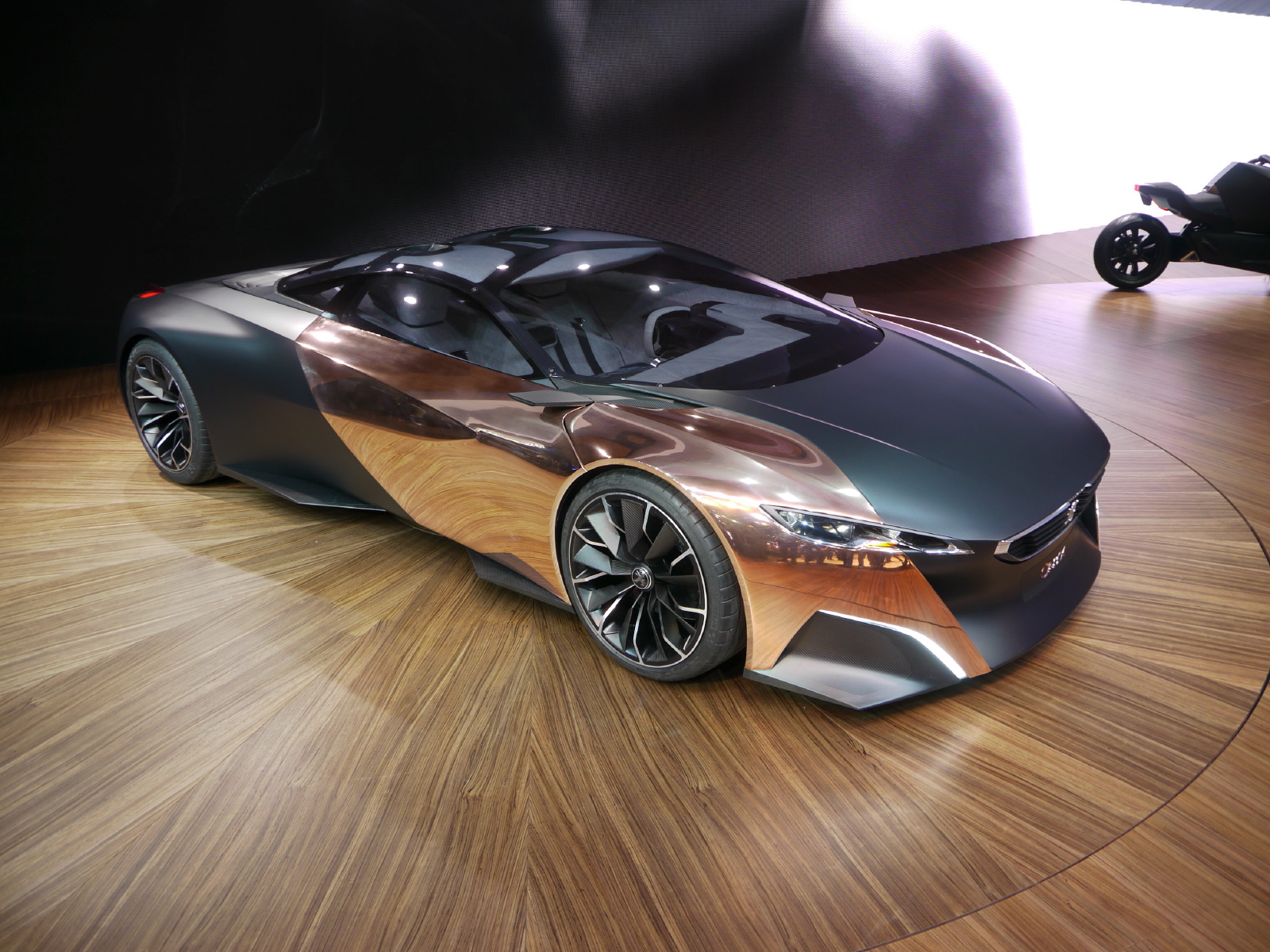 We had the enviable task of attending the Concorso d'Eleganza Villa d'Este on the shores of Lake Como in northern Italy. The star of the show - in terms of new cars - was the BMW Zagato Coupe and we were lucky enough to catch up with Adrian van Hooydonk and Zagato's Chief Designer, Norihiko Harada, to get the inside line on how the collaboration came about.

We also spoke to Flavio Manzoni, Senior Vice President of Design at Ferrari, in an exclusive Q&A session.

Sadly, early July brought news of the death of Sergio Pininfarina at the age of 85. Sergio was the man responsible for the growth of the company from carrozzeria to household name, but such is the legacy of the great man we're sure his work will continue to inspire future generations of designers.

With the end of the school year, exhibitions from colleges around the world were flooding in at this point, so we featured LTU in the US, Coventry in the UK as well as CAFA and GAFA in China while we awaited more shows in the coming months.

We pored over the Ferrari F12 Berlinetta and dissected its design to bring you our definitive design review while we also caught up with Filippo Perini, Design Director at Lamborghini - plenty for all those Italian design-lovers out there to digest.

One event that sent shockwaves through the industry right at the end of the month was the sudden departure of David Lyon from GM just ahead of a planned move to become vice president of design at Opel/Vauxhall in Russelsheim, Germany. We wish him well in his future ventures.

August saw the beginning of our Concept Car of the Week series, where we revisit some of the forgotten, most bizarre or simply coolest concepts from the annals of car design history. We kicked off with the first true concept car, the 1938 Buick Y-Job. Since then we have brought some of the most important, forgotten or just plain coolest concepts every week. We hope you're enjoying reading them as much as we're enjoying writing them.

We've also launched our ‘Pic of the Day' campaign on our Facebook page, which has seen some great images, sketches and renders pulled from our archives. ‘Like' us on Facebook to get these and all our news as it goes live.

The first of a four-episode Autodesk Webinar series was aired entitled ‘What is new in Alias v2013?' showcasing the capabilities of the company's latest software edition to an approving crowd. You can take a look back at this series as well as all our archived Webinars in the Process tab at the top of the page.

September is a big month for the automotive industry and therefore a big month for us. We traveled from London in hope of finding some interesting new projects in the pipeline, but we ran out of luck as we visited a rather disappointing Paris motor show, but we covered it in detail as we trawled the exhibition halls.

We also saw the launch of this year's LA Design Challenge, which called for design studios from around the world to compete and create the ultimate law enforcement vehicle for the year 2025. Studios from Bentley and BMW took up the challenge with General Motors, Honda, Hyundai and Subaru with the winner to be announced at the LA auto show in late November.

Car Design News was also invited to an exclusive reveal of the 2013 Range Rover at the Royal Ballet School in Richmond Park, London, where we met the car and its makers to find out a little bit more about the fourth-generation flagship SUV, in time for our design review next month.

And thus we entered October, with Ferrari announcing that it would be holding a three-month special exhibition at its museum in Maranello in honor of Sergio Pininfarina. This promised to be a real treat for those who could make it, with the exhibition featuring his classic designs and current Pininfarina evolutions in three halls: Concept Cars, Motorsports and Grand Touring Cars.

Ford also opened the first dedicated Lincoln design center for 40 years in Dearborn, Michigan, as part of its ongoing brand reinvention through giving it unique interiors and powertrains in an effort to differentiate it from the core Ford offerings.

A panel of his fellow designers selected Wayne Cherry, who spent his entire design career at GM, as the winner of the EyesOn Design 2013 Lifetime Design Achievement Award. His work for GM's various brands through the years have helped take it from strength to strength and there can be no one who would say he does not deserve this award. Congratulations again, Mr Cherry!

We enjoyed getting behind the wheel of two of the better offerings from Paris; the Volkswagen Golf mk7 and the Renault Clio 4, and brought you two of our ‘Driven' series to bring you as much detail as possible and let you know how the latest models in the series fared.