Driven: a week with a Chevrolet Volt

Video: Dave Lyon talks about the challenges of designing a range-extended electric car (click to play). Click for larger images 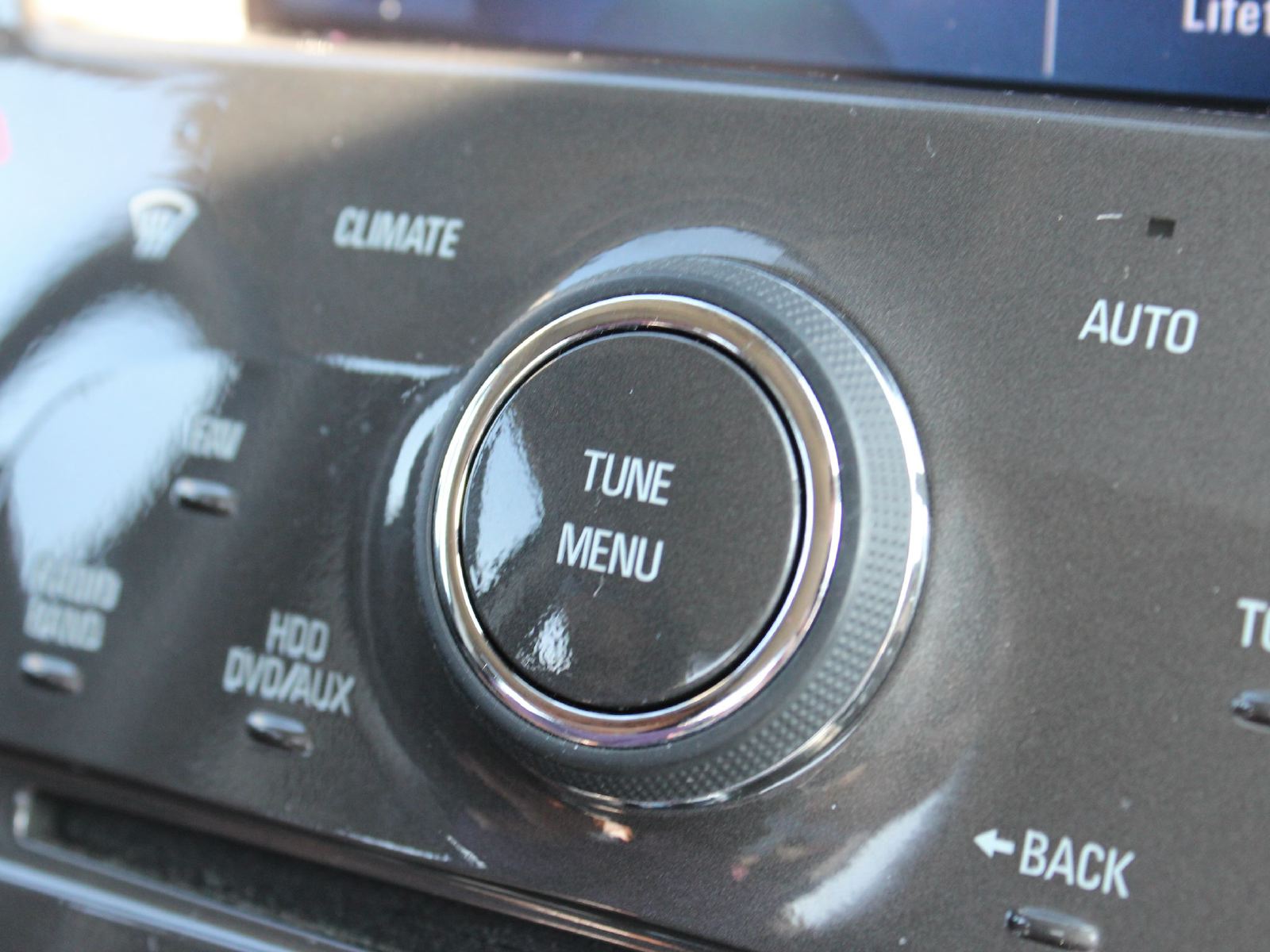 Center stack control buttons take some getting used to, but logic of control knob lock-out is smart 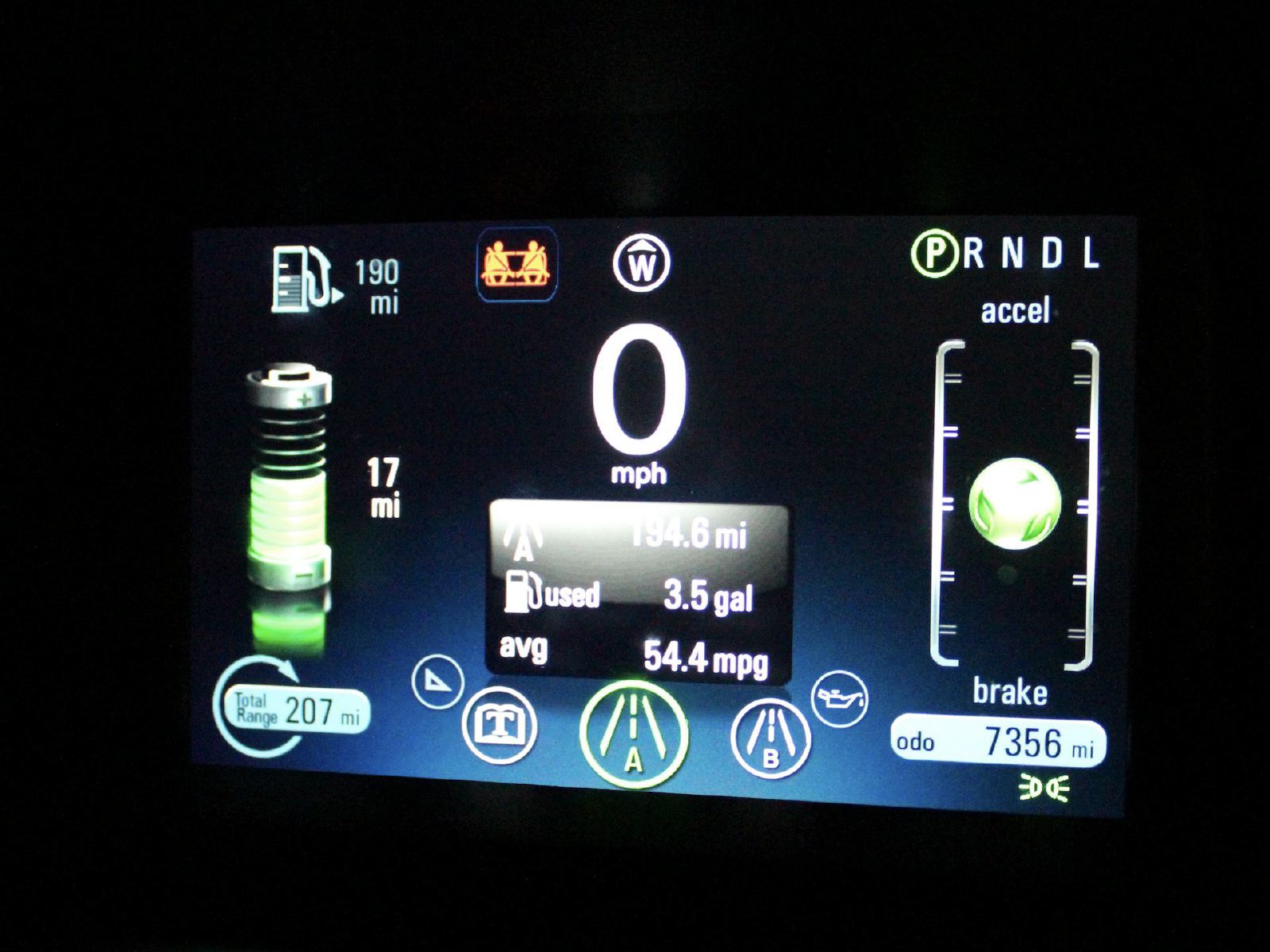 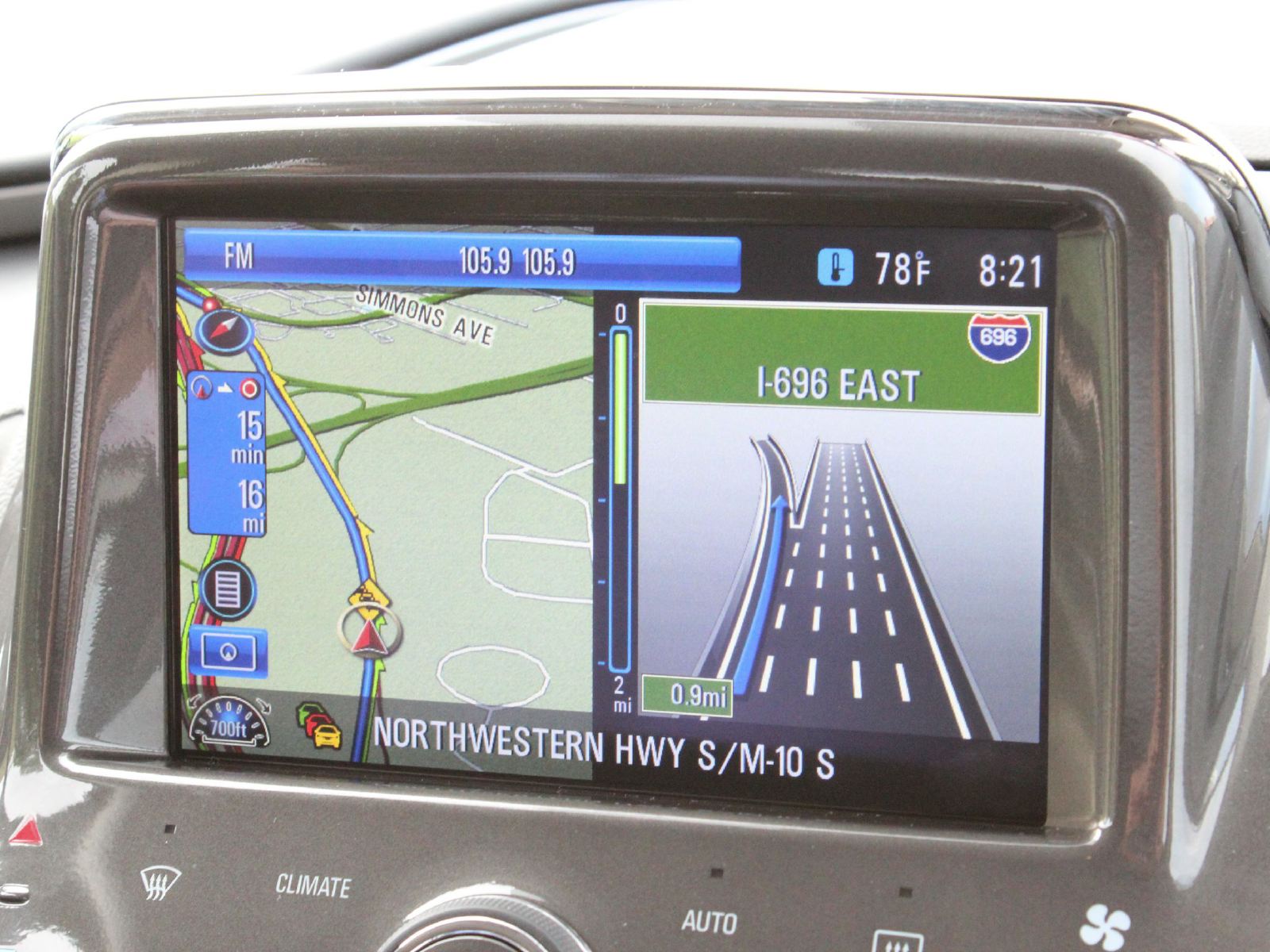 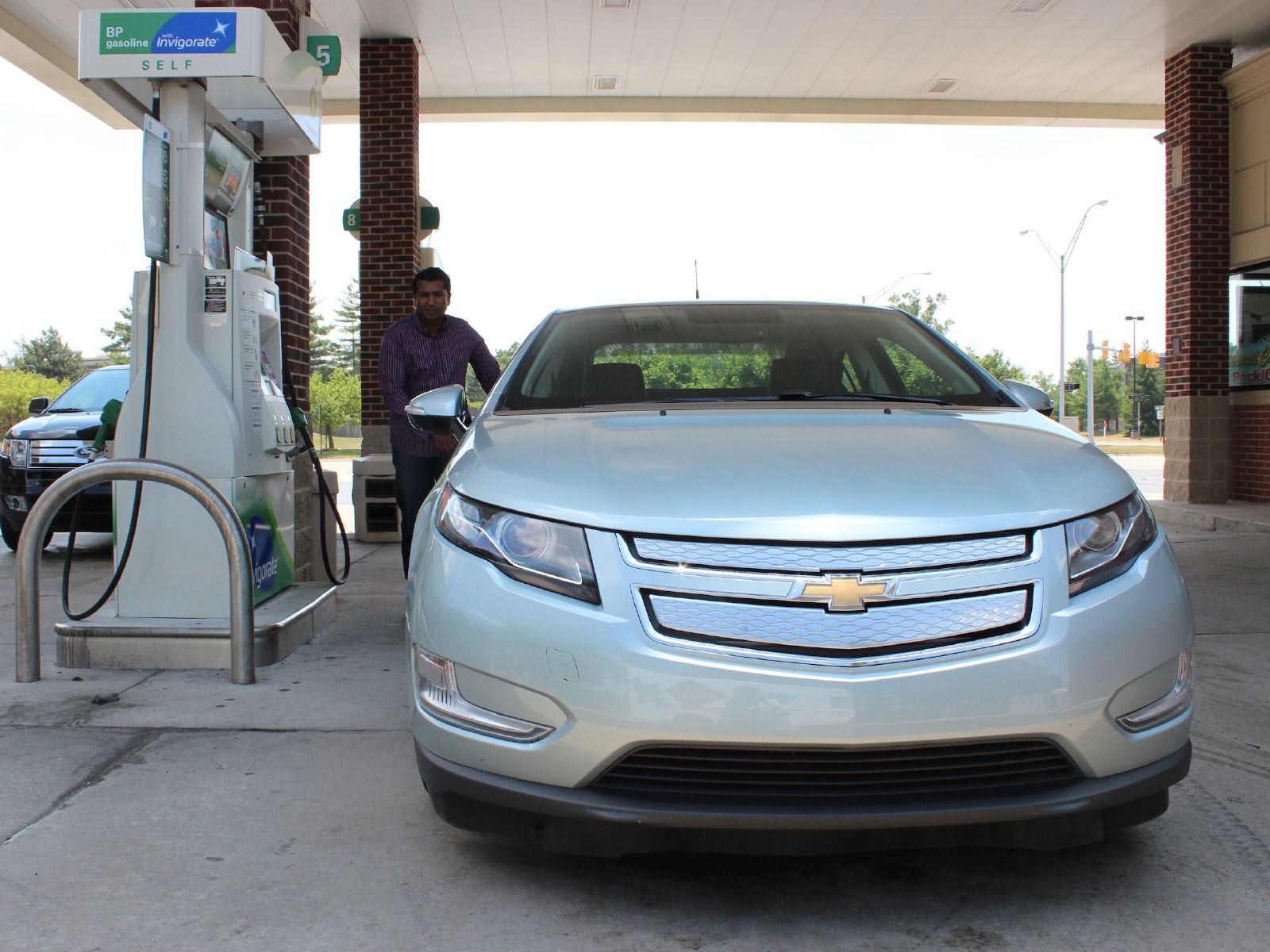 Volt stops to refuel. Cue much gufawing from onlookers

By now, we’ve a clear picture of what irritates and delights about the Volt. The start up ‘whoosh’ never grates as we thought it might. The layout of the center stack buttons actually has strong logic and becomes much easier to use with familiarity, while grabbing the ring control knobs locks out the buttons around it - meaning they can’t be accidentally pressed. We wish some competitor products would adopt this approach. The Navigation display is the big let down, undermining the sense that this is an advanced, digital car, by graphically mismatching with the displays for electric power flow. Surely GM missed a trick here by not tying up with someone like GoogleMaps for this? 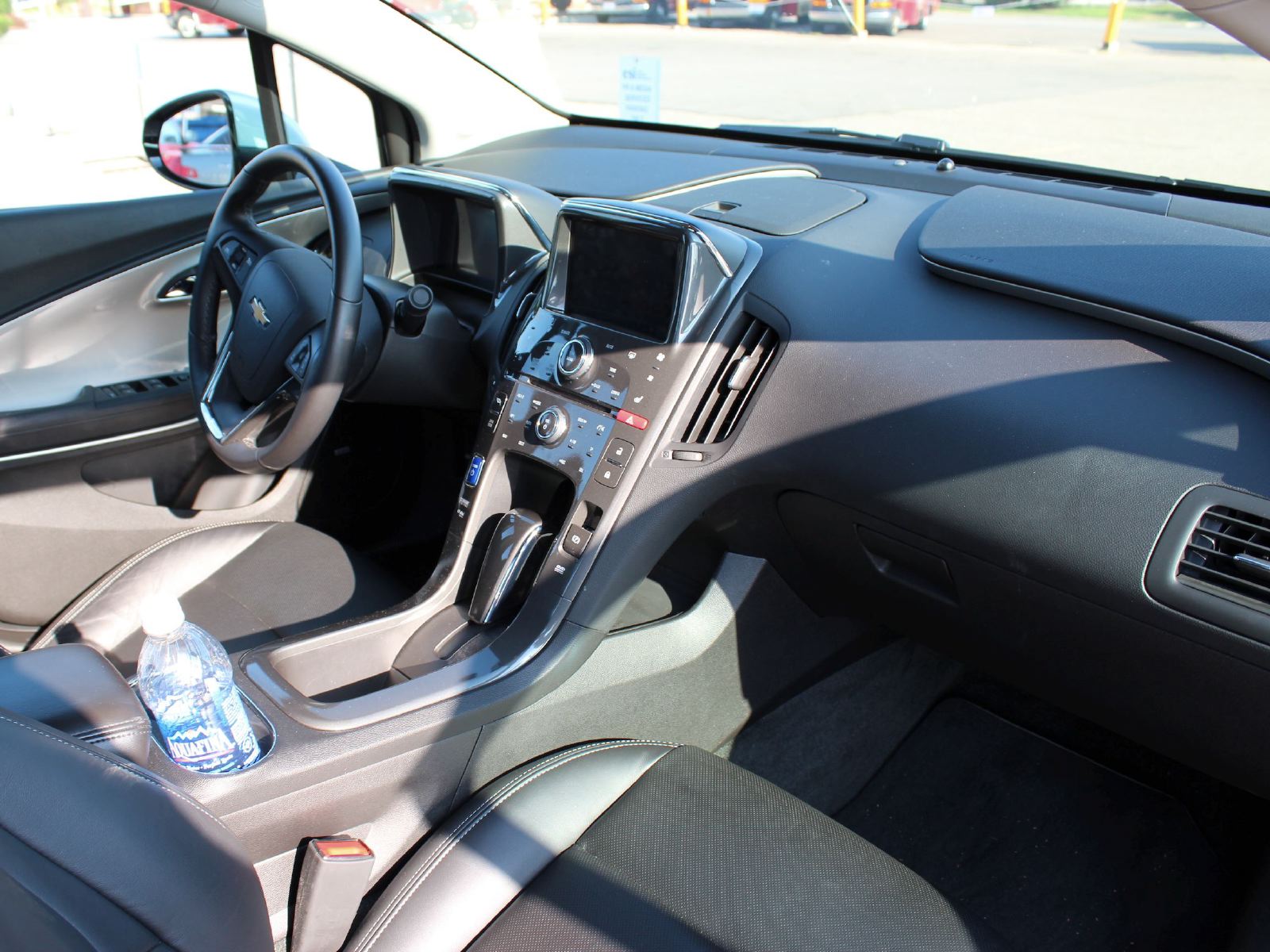 Interior not quite up to scratch in a $40k car, with some hard plastics. However, these were chosen for weight saving (see video). Quality of digital screens goes someway to making up for plastics 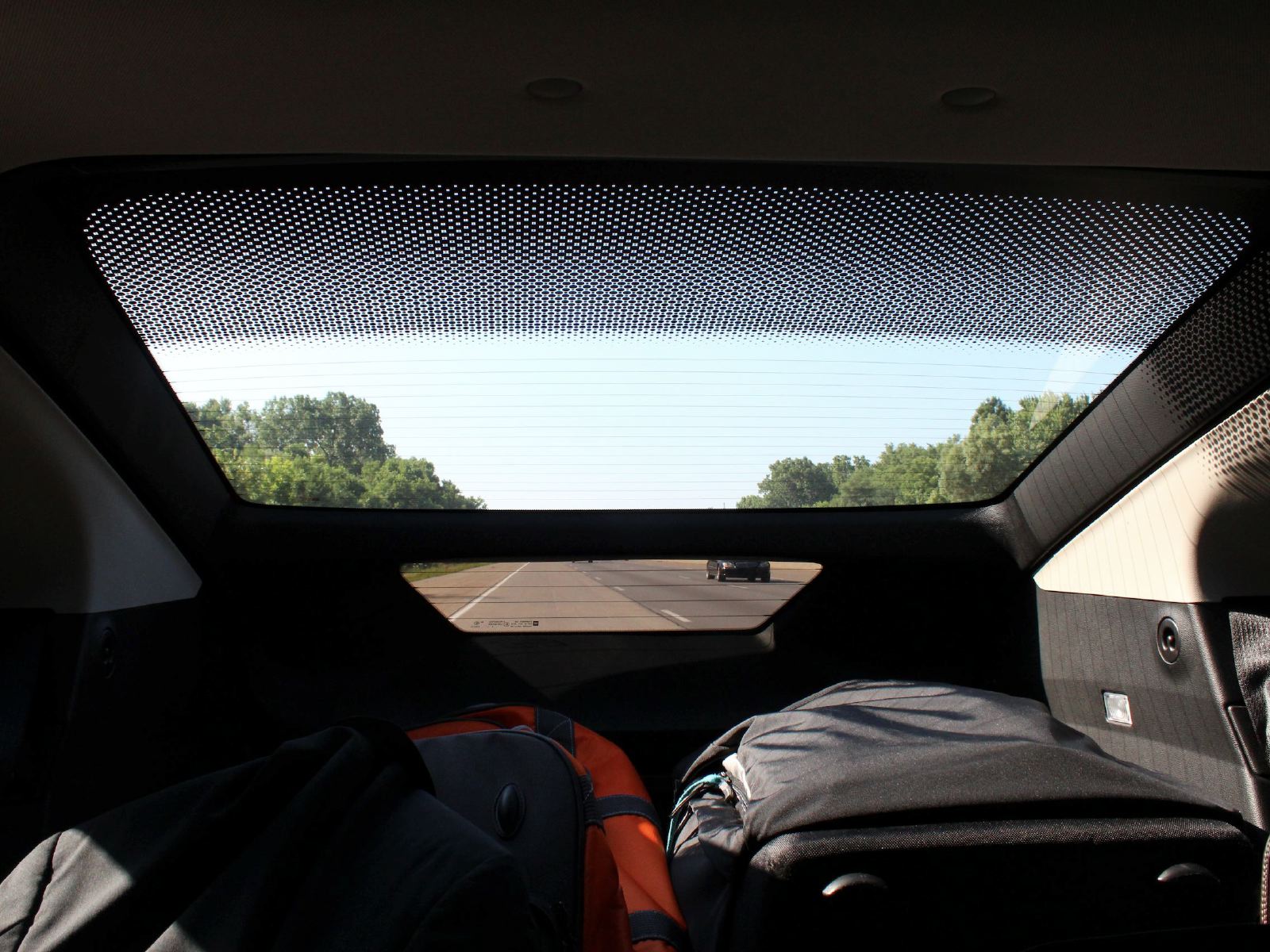 Volt easy to position and reverse, thanks to the lower glazed element of the rear tailgate, allowing the driver to see right through to the back of the car 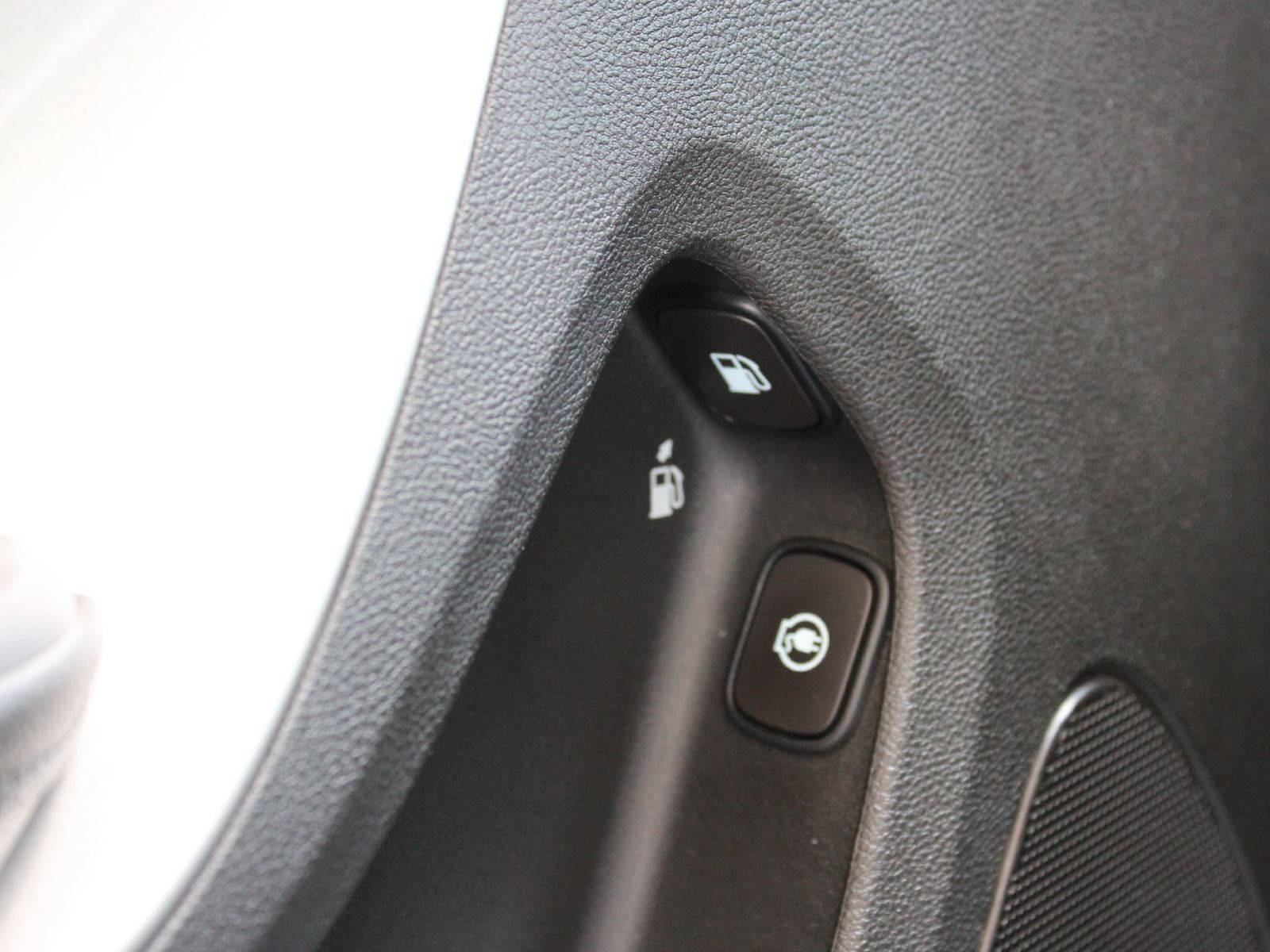 Fuel release button so well hidden, Chevrolet designers had to add a second symbol, to guide users to it 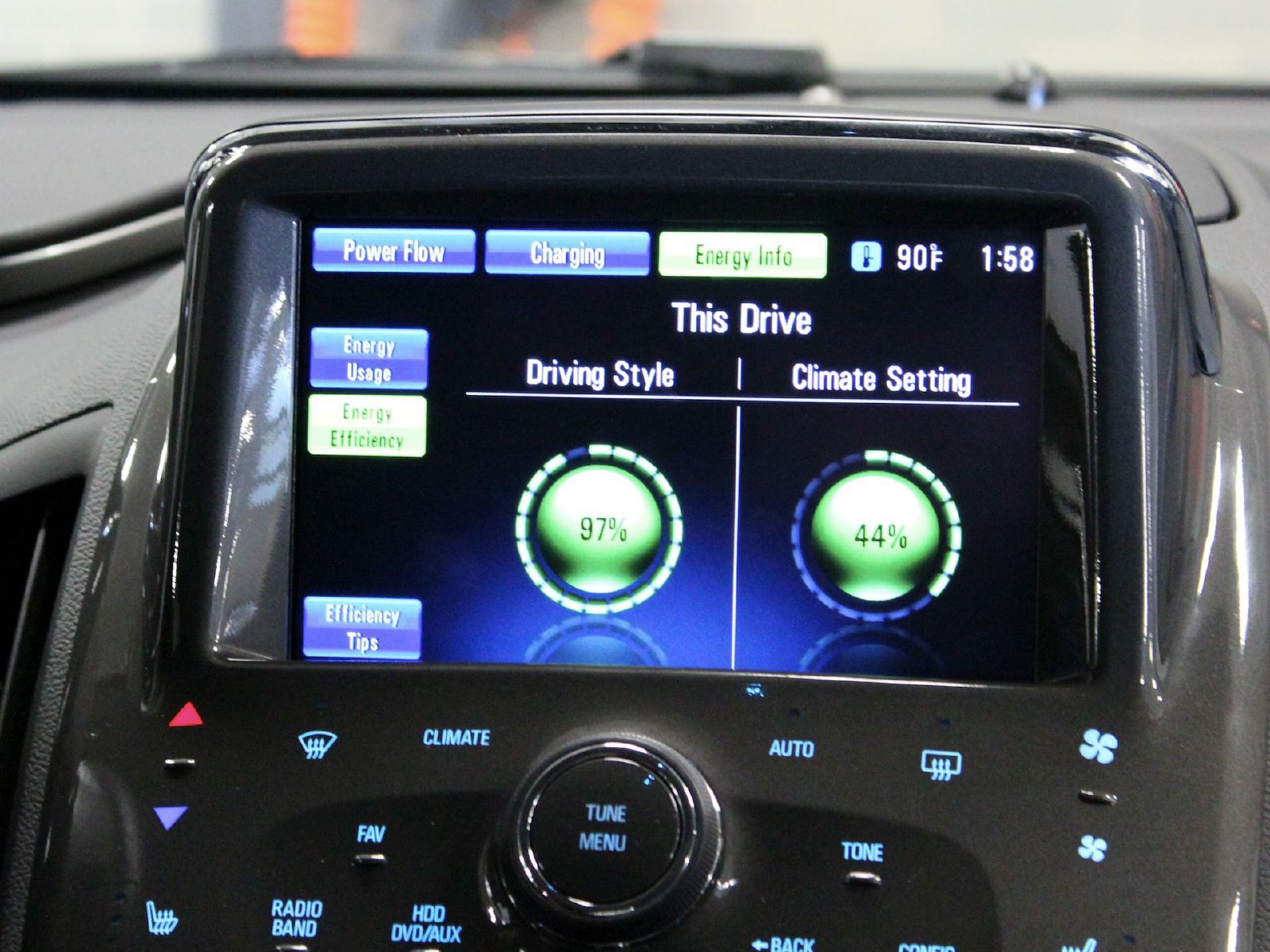 The Volt was also the first test car we’ve driven for a long time without a rear view camera or parking sensors. That at first seemed like a serious omission given the high rear deck, but it doesn’t need them as long as the trunk isn’t jammed full - the gap between the two rear seats allows you to see right through the glazed upright section of the tailgate, and position the rear of the car exactly.

Finally, when we stopped to refuel, we were amused at the reaction of the gas station attendants who gently mocked us for putting gas in our electric car. It also took us several minutes to find the fuel door release. Clearly GM expects most owners to refuel so infrequently that they’ve hidden the release from view, in the upper edge of the cut-out for the door pocket.

A car for its time

41.2mpg. That was our final fuel consumption average over 422 miles and five days. It’s the kind of figure that has been used to ridicule the Volt in the press. But to come to this conclusion based on a fairly unique set of driving circumstances misses the point. Most people don’t embark on the kind of road trips favored by car magazines more than once or twice a year. If they’ve somewhere to plug in each night, and - as the vast majority of people have - a commute of less than 40 miles per day, then they could buy a Volt and drive it, most of the time, as a purely electric car. That fact alone is a huge selling point.

Some argue that because car lugs a generator around to give it infinite range, its green credentials are undermined because this reduces efficiency and adds weight. While true to an extent, the set up means many owners could cope with the Volt as their only car, in a way we’re almost certain most in the US couldn’t with a Nissan Leaf.

If anything, our trip - disappointing fuel consumption figures included - is proof of the smart positioning of the Volt. It’s a car that impresses because of, not in spite of, how normal it is. Its makers have recognized the compromised state of the world around it and understand that right now, there aren’t many consumers who’ll make major life changes just to embrace greener living.

And while avoiding the odd looks of some other cars that compete with it, it’s distinctive enough from the exterior. We’ve driven muscle cars, the latest SUVs and the most hardcore pick up trucks in and around Detroit, yet none received so many smiles, thumbs up, or had people pointing at us like they did with the Volt. So much so that it feels like a cult hero car for the state of Michigan.

So after a further week with the Volt, we still feel this is the car that best represents this city’s automotive future right now. To criticize it based on the shortcomings of the world around it would be unfair. It’s merely ironic that, as the city’s leaders look to oversee Detroit’s reinvention as a center of technical excellence in the digital age, they haven’t yet managed to build an electric charging network for a halo product that was conceived and built on their doorstep and could lead that revolution.