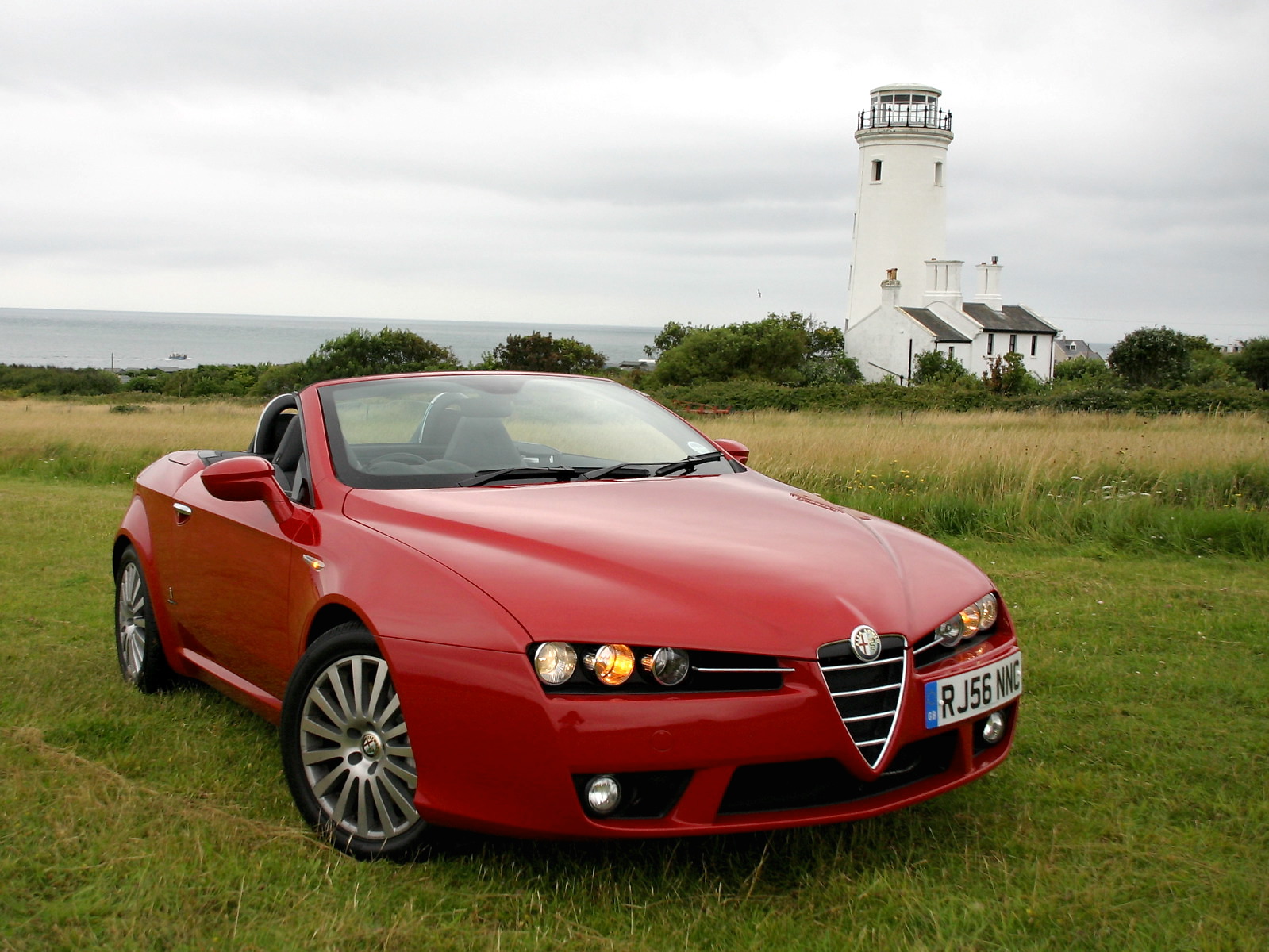 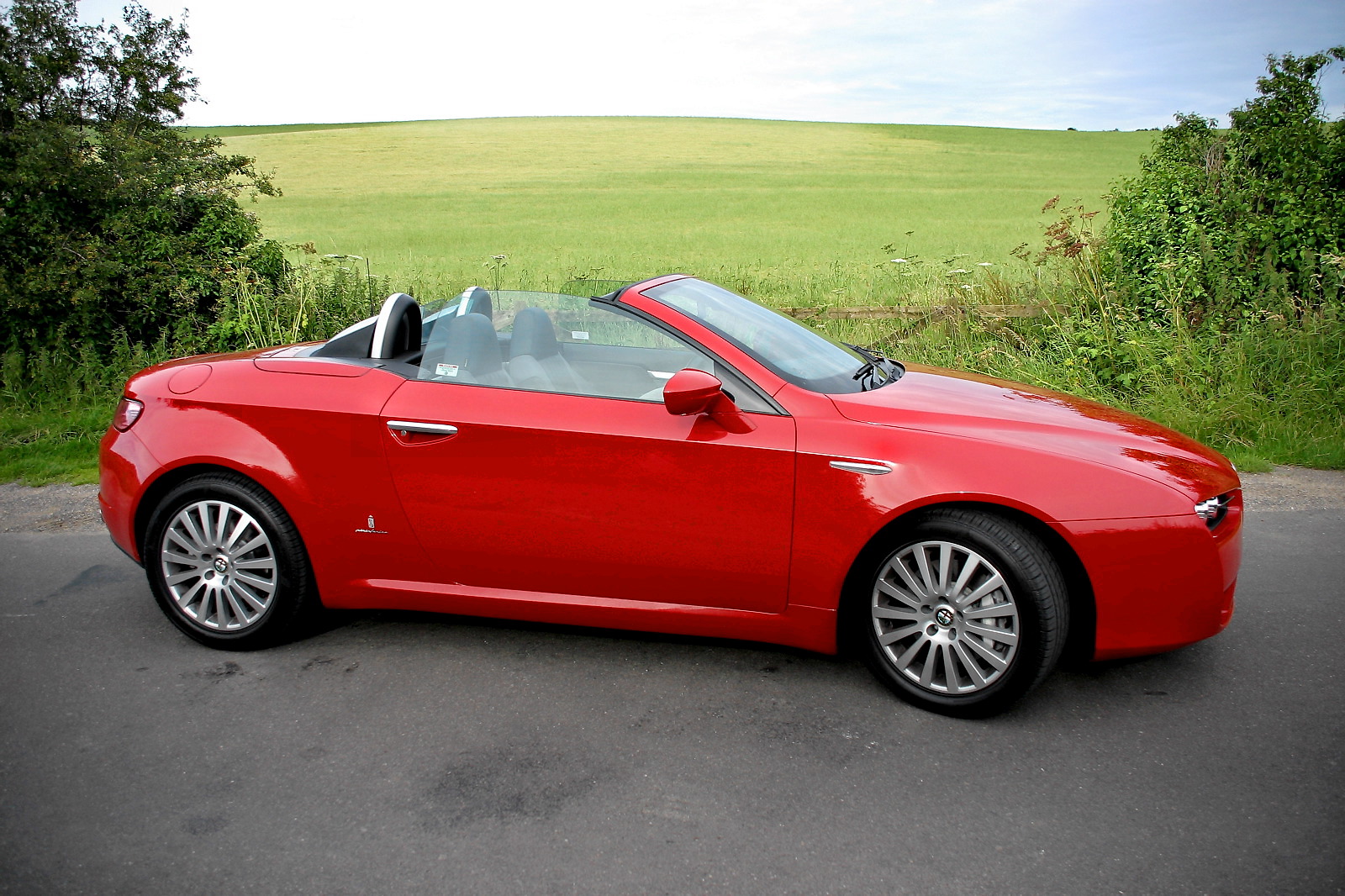 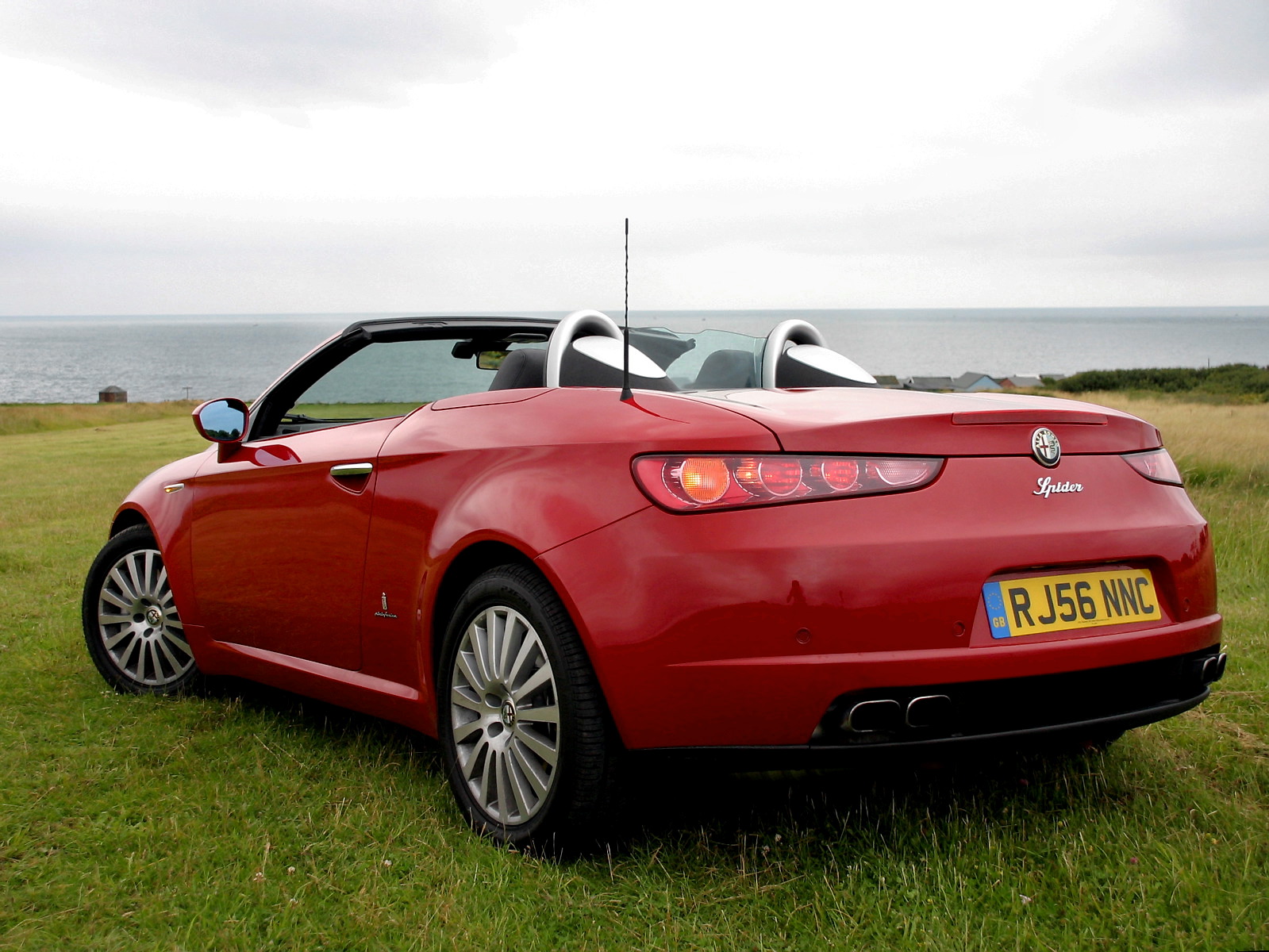 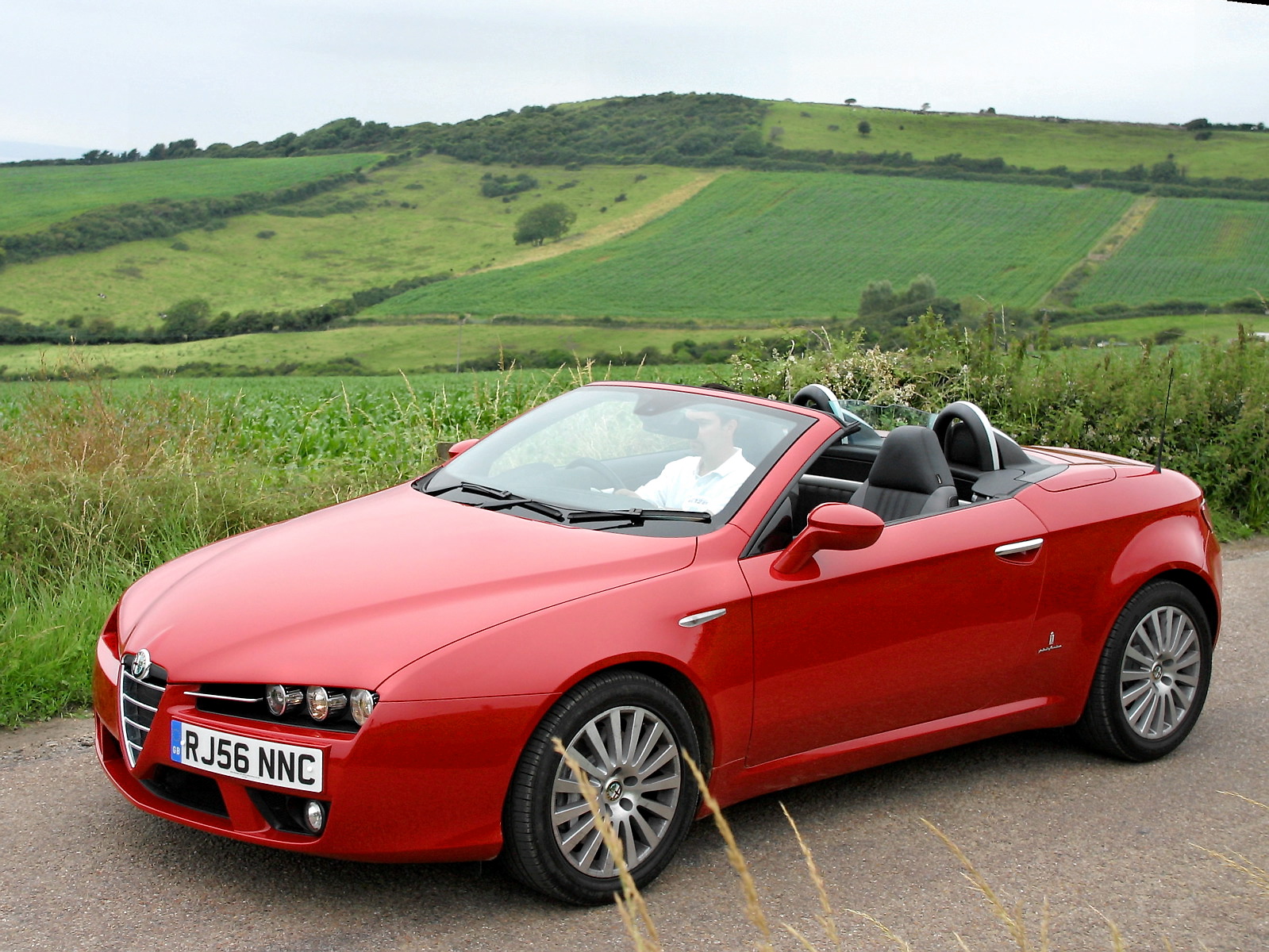 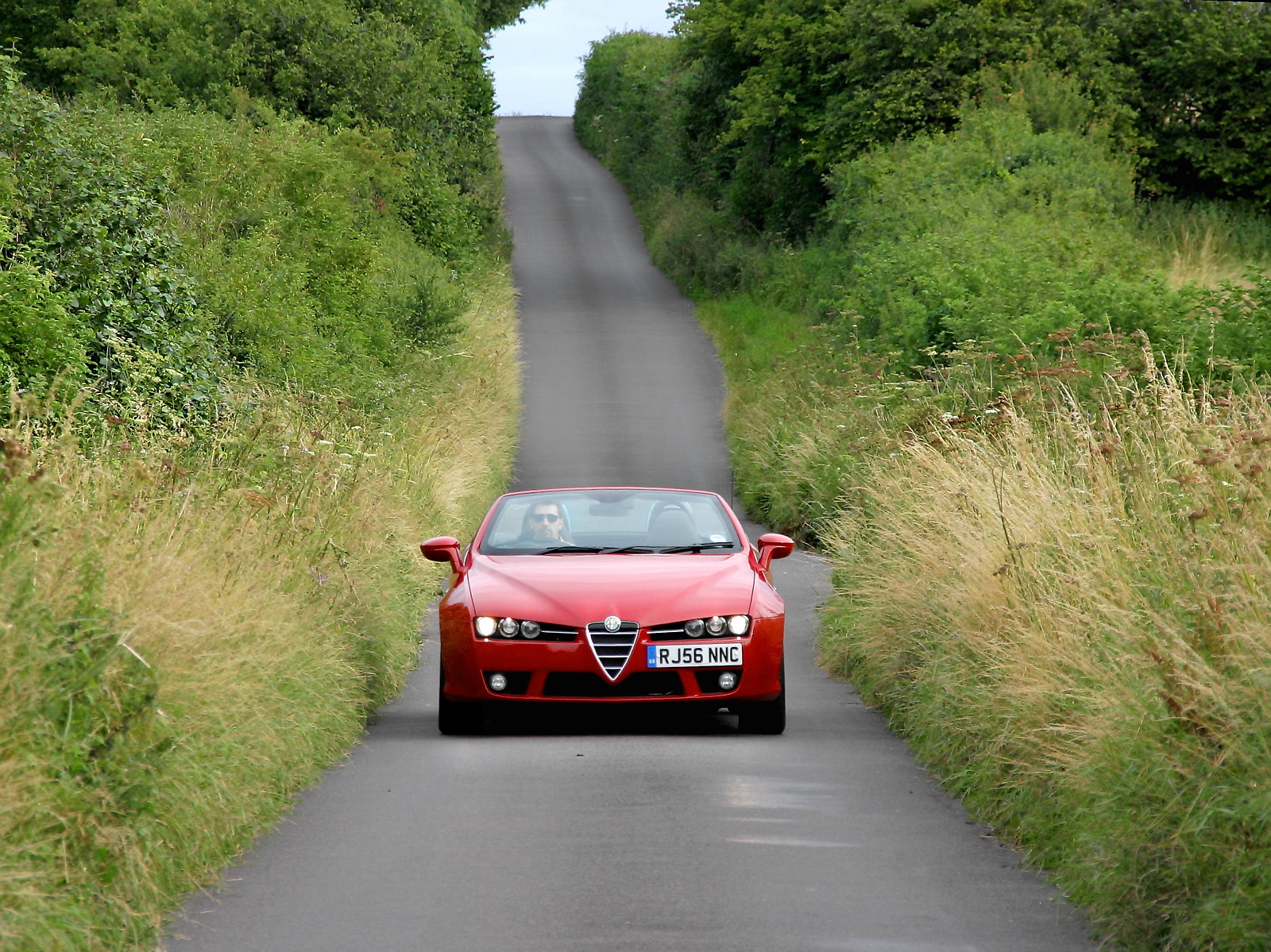 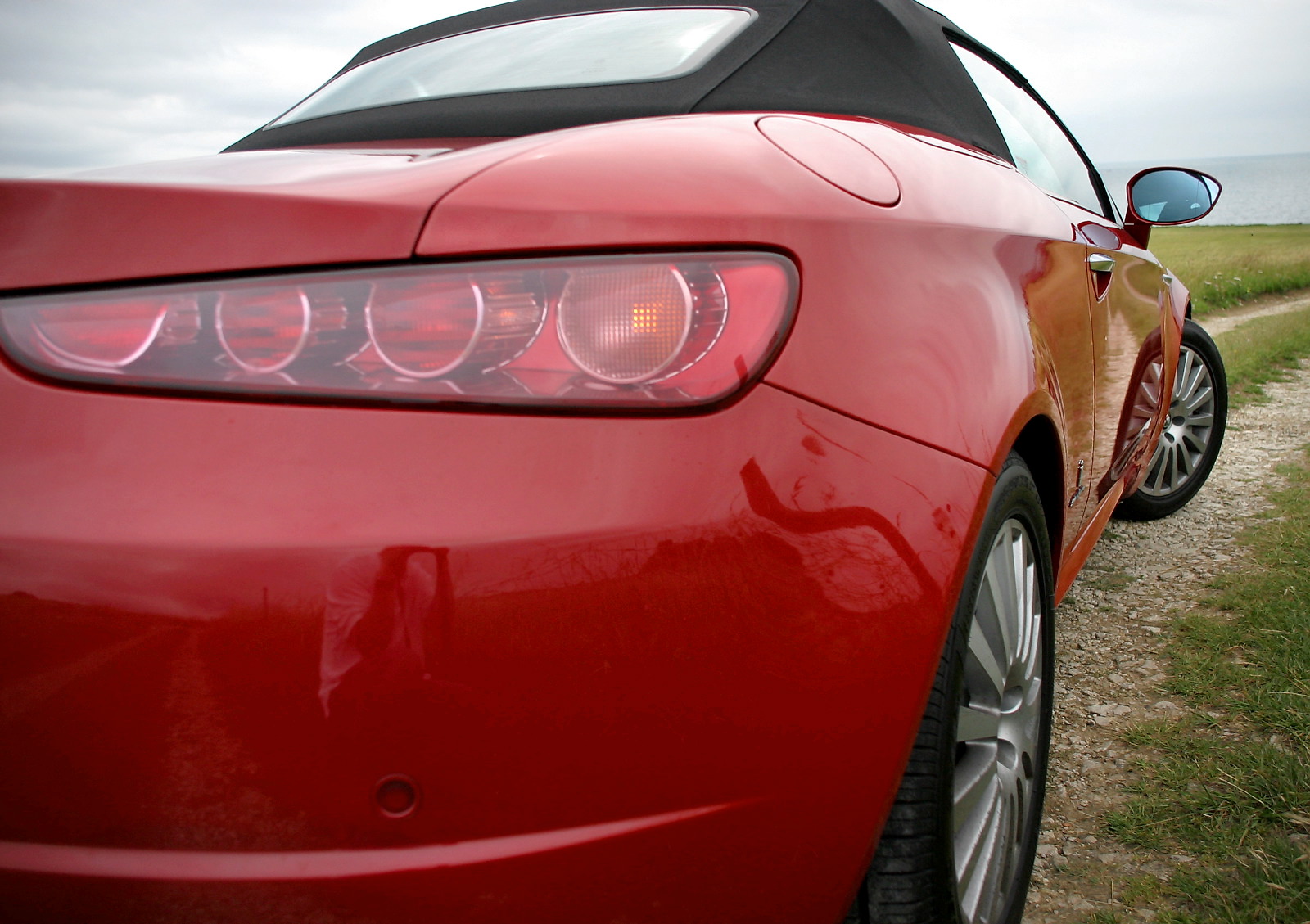 Seldom do automotive manufacturers create designs that continue in the tradition of an earlier successful model. Often, the evolution of the once groundbreaking lines of an automobile will be diluted over time, as new generations of designers seek to create a car that will appeal to its target demographic. Sometimes even the purest of forms will become tarnished by new additions for safety, comfort and practicality, and the model will deviate from their once intended objective. This may well be the case of the new Alfa Romeo Spider. 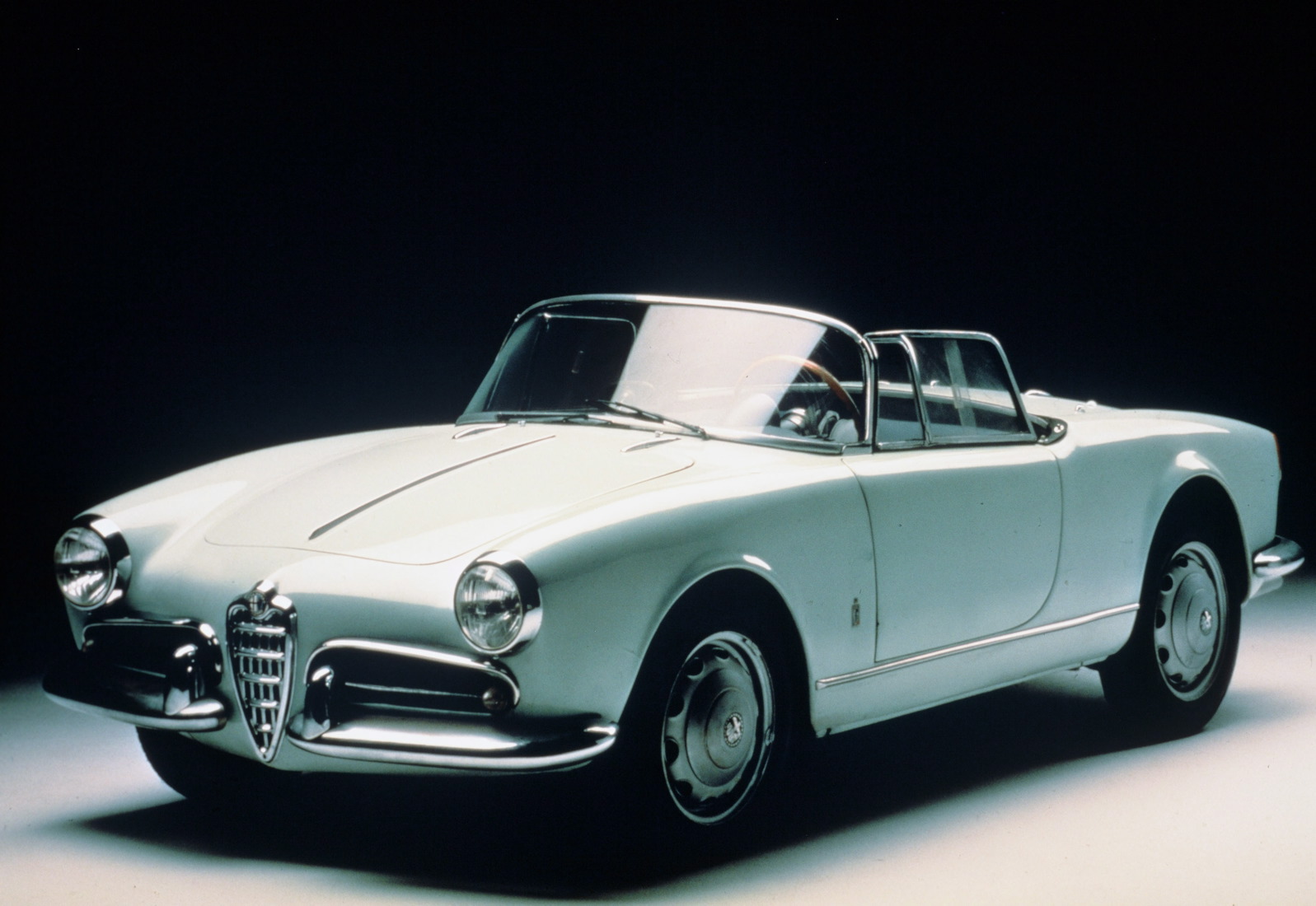 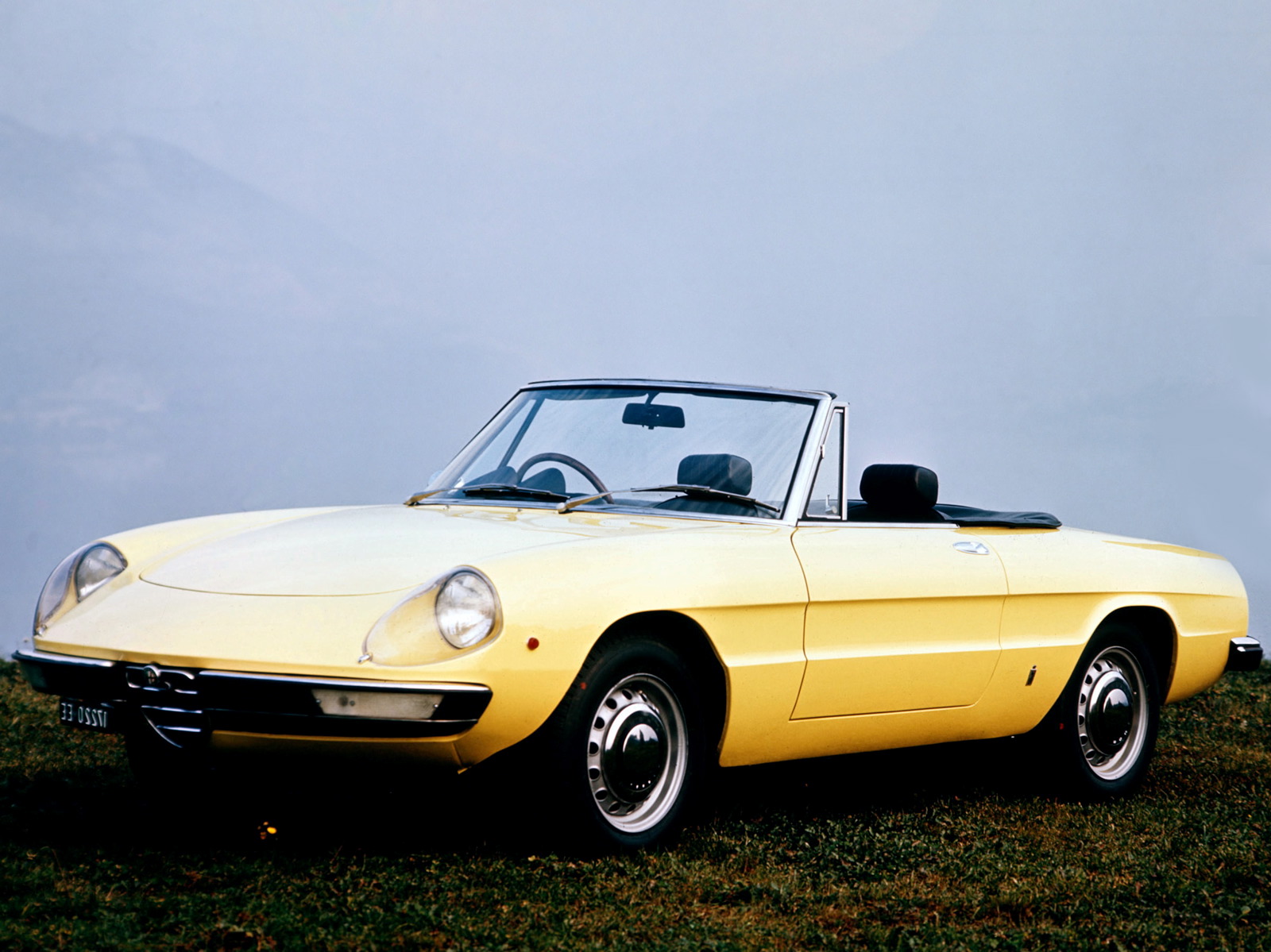 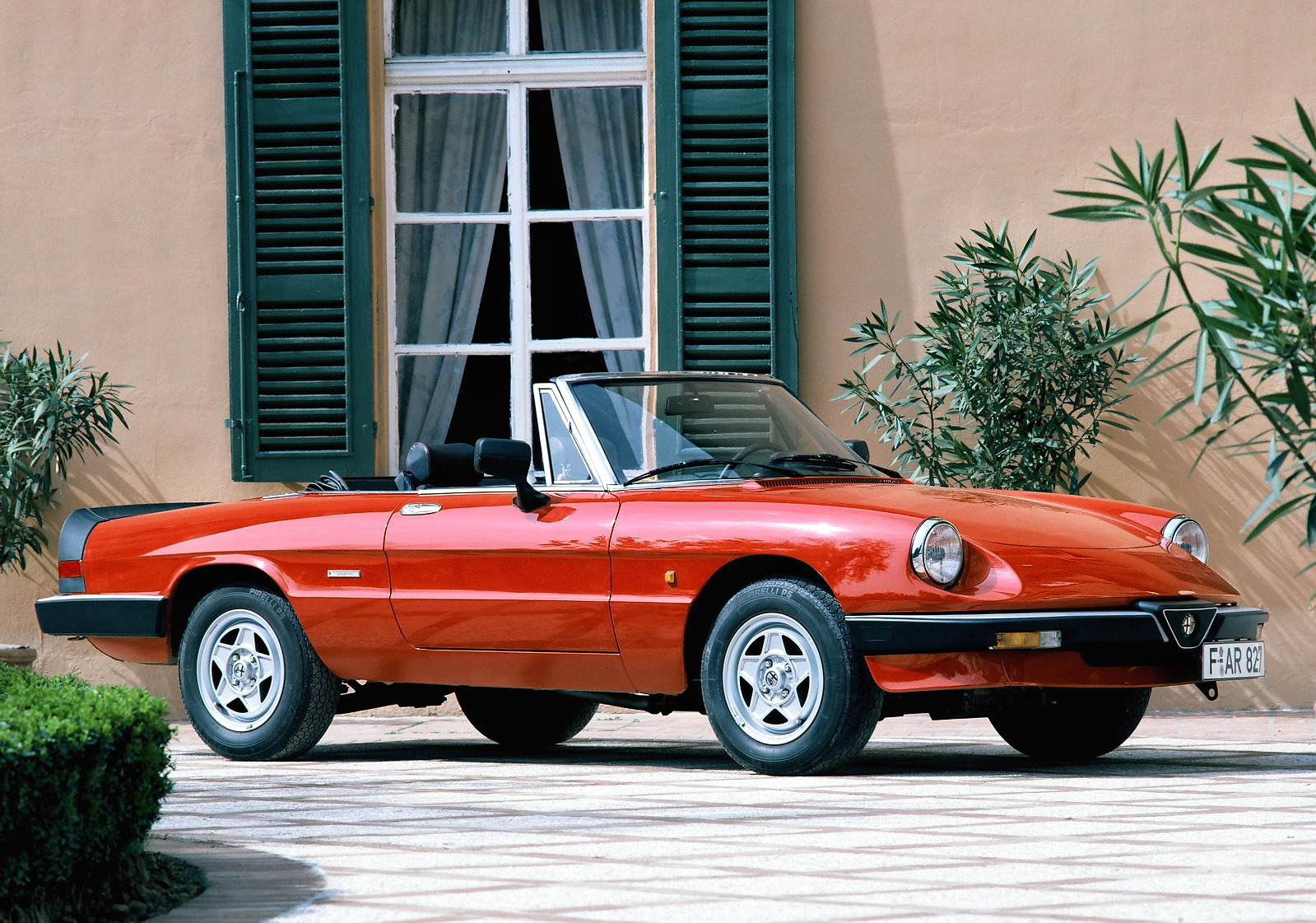 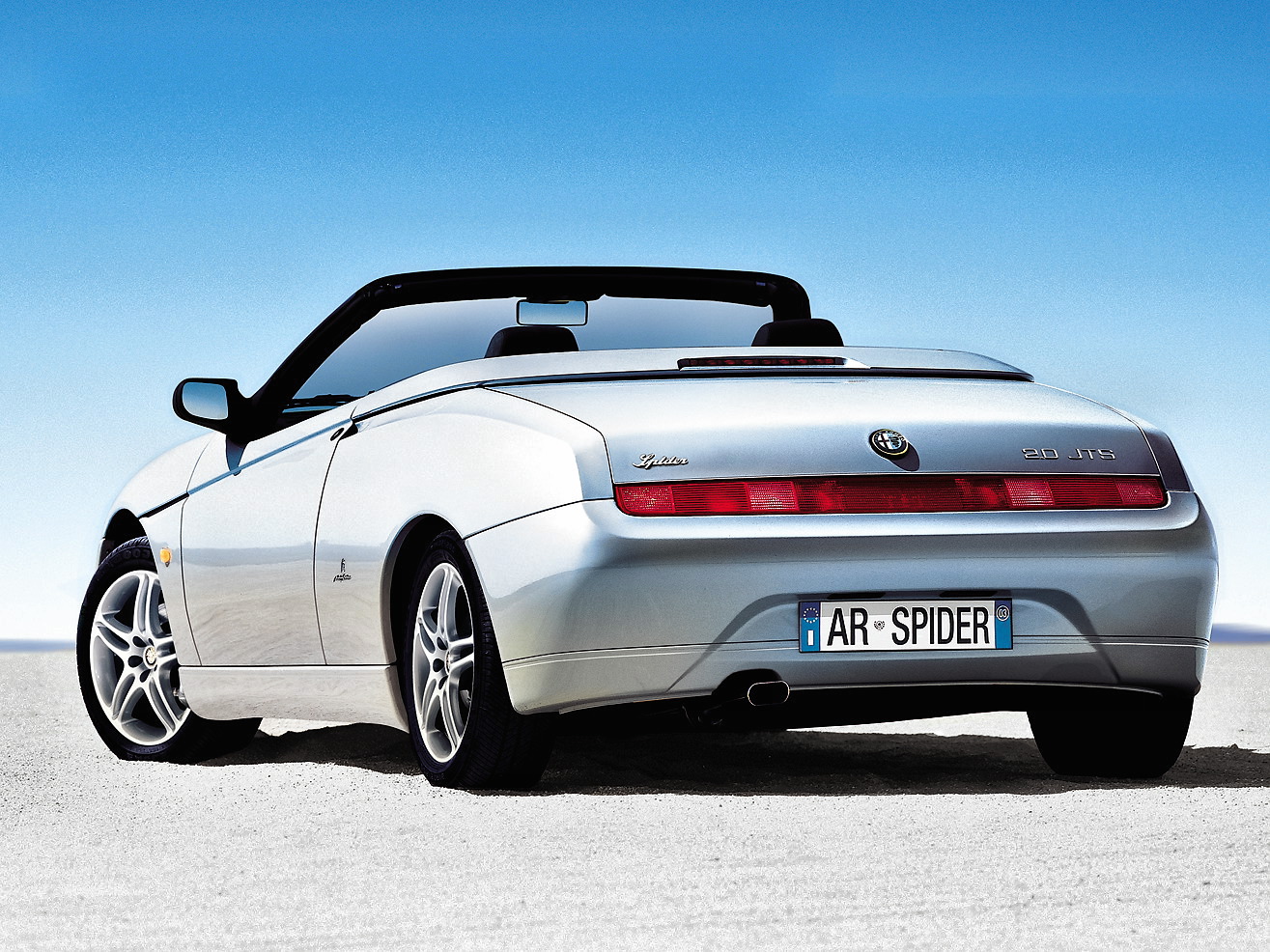 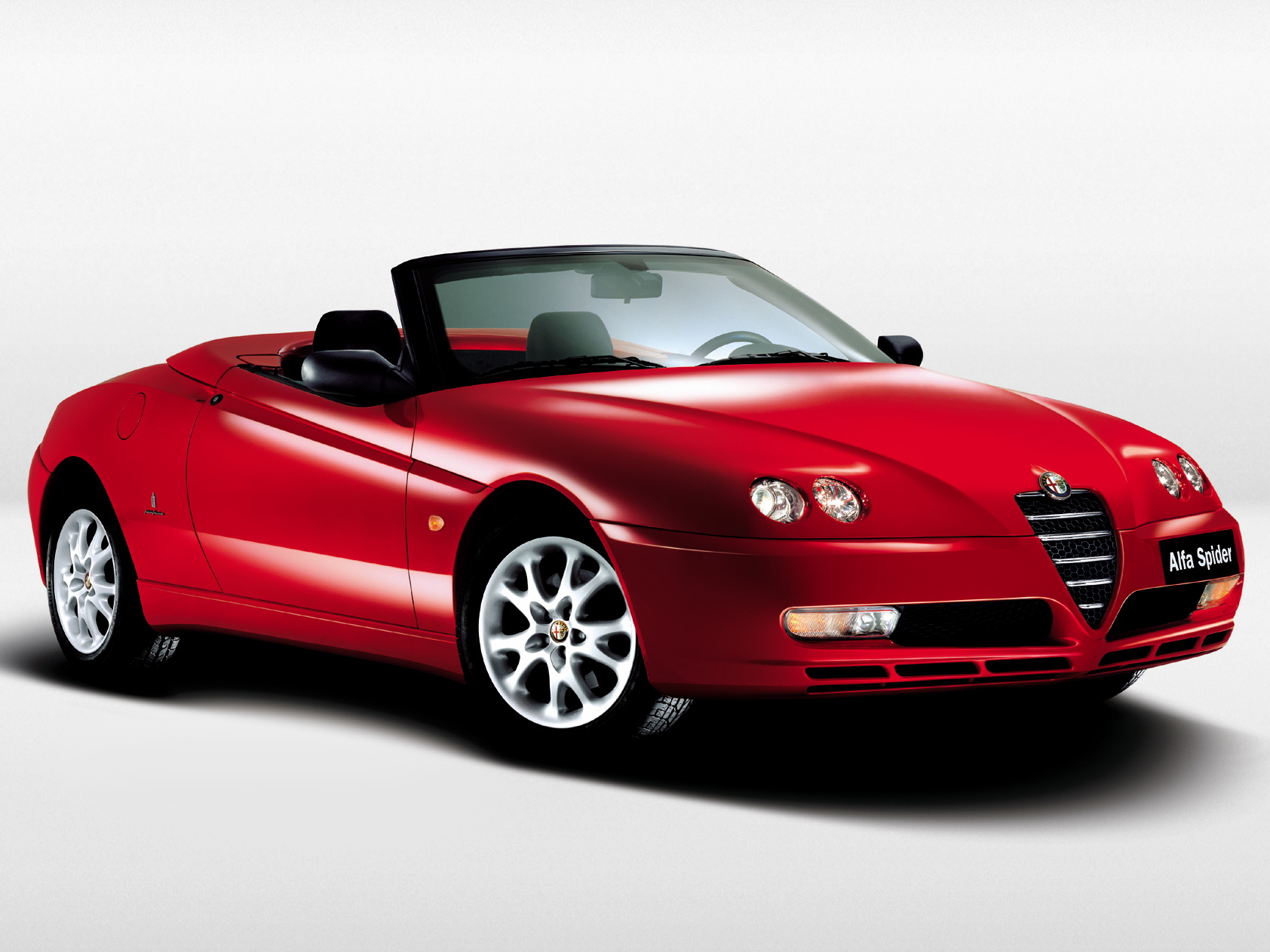 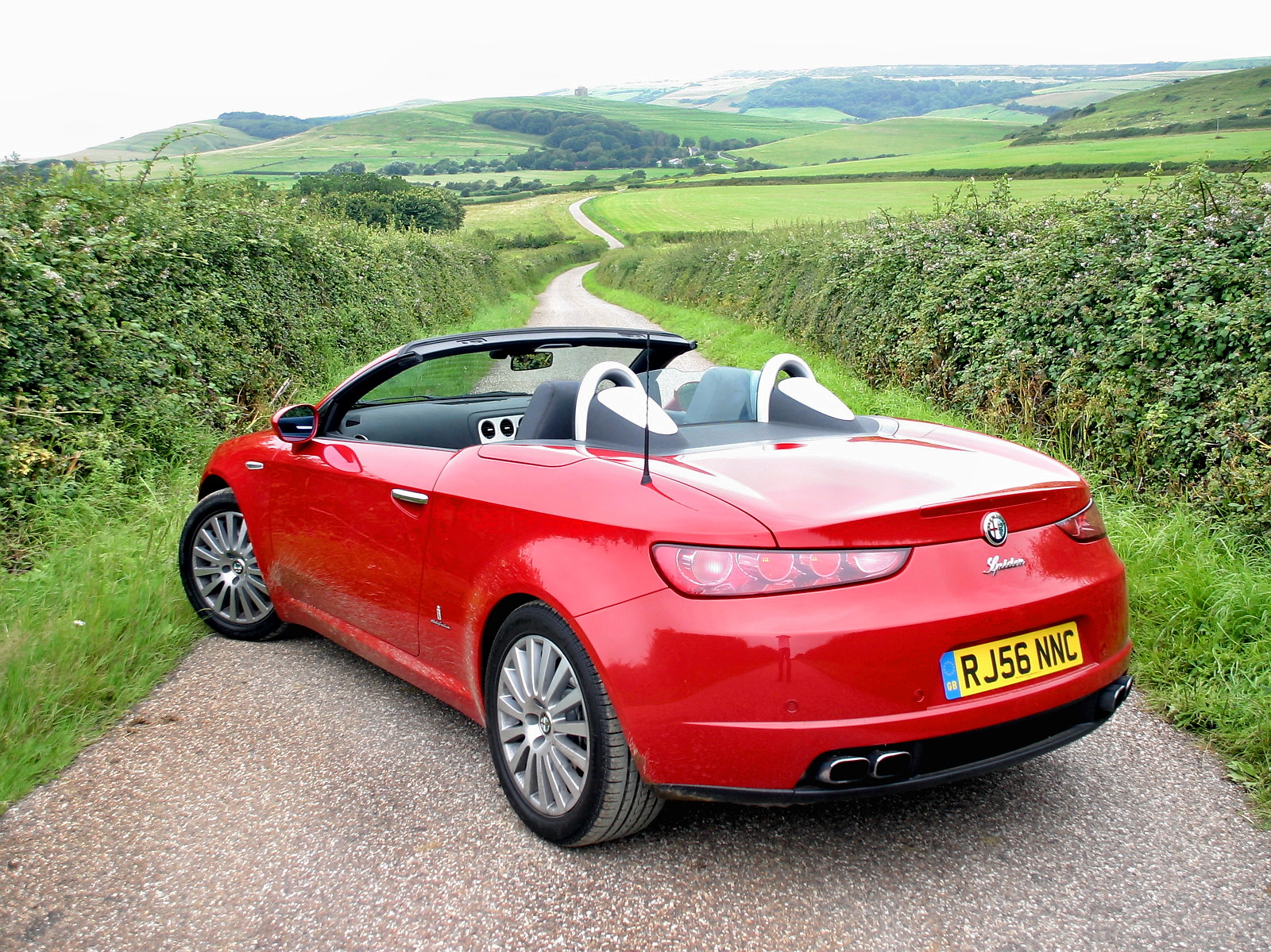 Based on Giorgetto Giugiaro's Alfa Brera design, the new Spider was developed by Pininfarina in collaboration with Alfa Romeo Centro Stile in Milan. Arguably better resolved than its coupe sibling, the Spider shares its platform and 2528mm wheelbase but is 17mm shorter and 23mm lower, though it retains the same suspension setup.

The first Alfa Romeo to be coined 'Spider' (the name was derived from 'Speeder') was built on the Giulietta platform in 1955 and designed by Turin-based coachbuilder Pininfarina. The nameplate was then carried over to the 2000 Spider in 1958 and eventually morphed into the Giulia Spider in 1962. But it wasn't until the 1966 Geneva Motor Show that what is now considered to be the original Alfa Romeo Spider was launched. Called the Duetto, the model was made famous by starring alongside Dustin Hoffman in the 1967 cult classic The Graduate. Though the car was slightly revised in 1967 and had a dramatic restyle to the rear end in the 1970s, the Spider retained its basic form until the GTV-derived version was introduced in 1995. That generation of the Spider was initially well-received but Audi's TT usurped the car in the fashionable coupe/cabriolet stakes.

This latest iteration of the Spider is a very contemporary design that still manages to retain the emotional aspect of its predecessors. Adorning the front of the car is Alfa Romeo's distinctive 'Villa d'Este' shield and horizontal chrome bars, flanked by the now familiar three-lamp headlight clusters first seen in production form on the 159 saloon. The top of the shield is the starting point to the deep lines of the hood, which flow seamlessly into steeply raked A-pillars.

In profile the new car appears to be more balanced than the Giugiaro design. A rising waistline, which begins at the front wheelarches, accentuates the Alfa Spider's sporting stance - underlining the side indicator and the chrome door handle before reaching the rear wheelarches. This is where the new car's styling is entirely revised. Since the top has been chopped, the rear profile is chiseled and focused, forgoing the bulbous rear hatchback treatment and thick C-pillars which make the Brera appear bloated.

At the rear, the broad wheelarches and purposeful haunches carry over onto the decklid, lending curves to what would otherwise be a flat and uninspired panel. The center-mounted Alfa Romeo badge is the focal point of the rear, situated between the four lamp horizontal light clusters which conceal the shut-lines of the luggage compartment lid. A small residual spoiler integrated into the decklid serves to improve aerodynamics while visually enhancing the rear end and providing a nesting point for the brake lamp. In the lower part of the bumper are four chromed exhaust tips, emphasizing the Spider's sporting presence.

An essential component of every roadster is the roof. And while many carmakers are rushing to incorporate fashionable folding metal tops, it's refreshing to see the Spider still employs a fabric roof. Shaped over five steel and aluminum frames, the double layered top is efficient; providing adequate sound proofing to the passenger compartment even while traveling along at motorway speeds. The top can be raised or lowered in 25 seconds at the push of a button - there are no latches to release - and stows beneath a flush-fitting body panel incorporating aerodynamic 'blisters' which extend from the roll-over bars. While lopping off the roof has meant that there is an enormous amount of scuttle shake over less than perfectly smooth tarmac, the fact that it is a soft top as opposed to a metal folding roof enables the luggage area to remain unaffected when the top is stowed. Hard metal roofs - no matter how ideal or advanced their packaging - always encroach upon space, but the Spider boasts a 200-liter capacity, a 36 percent increase over its predecessor.