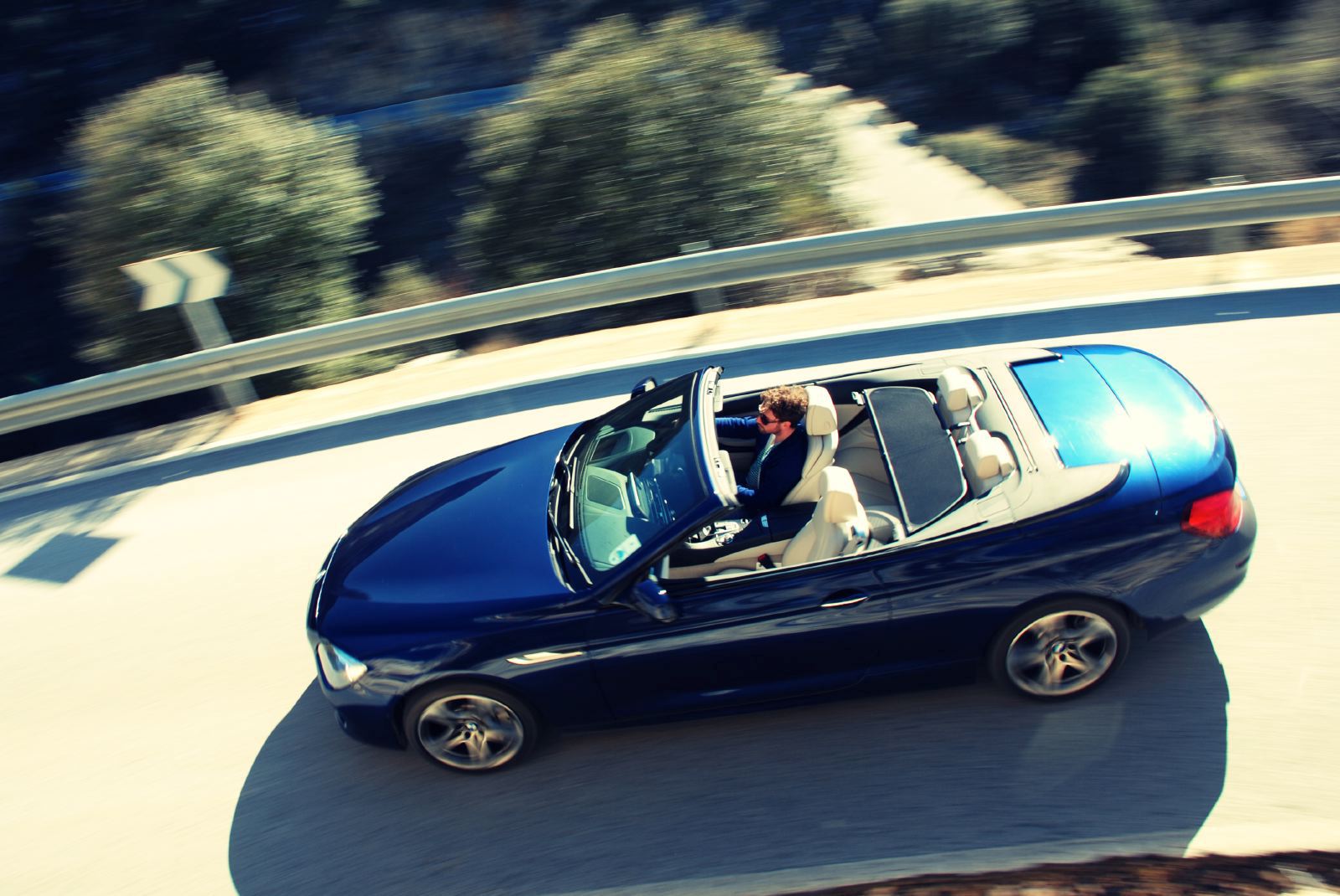 We drive the length of Europe to find out if the new 6 Series is a true Grand Tourer. Click for larger images 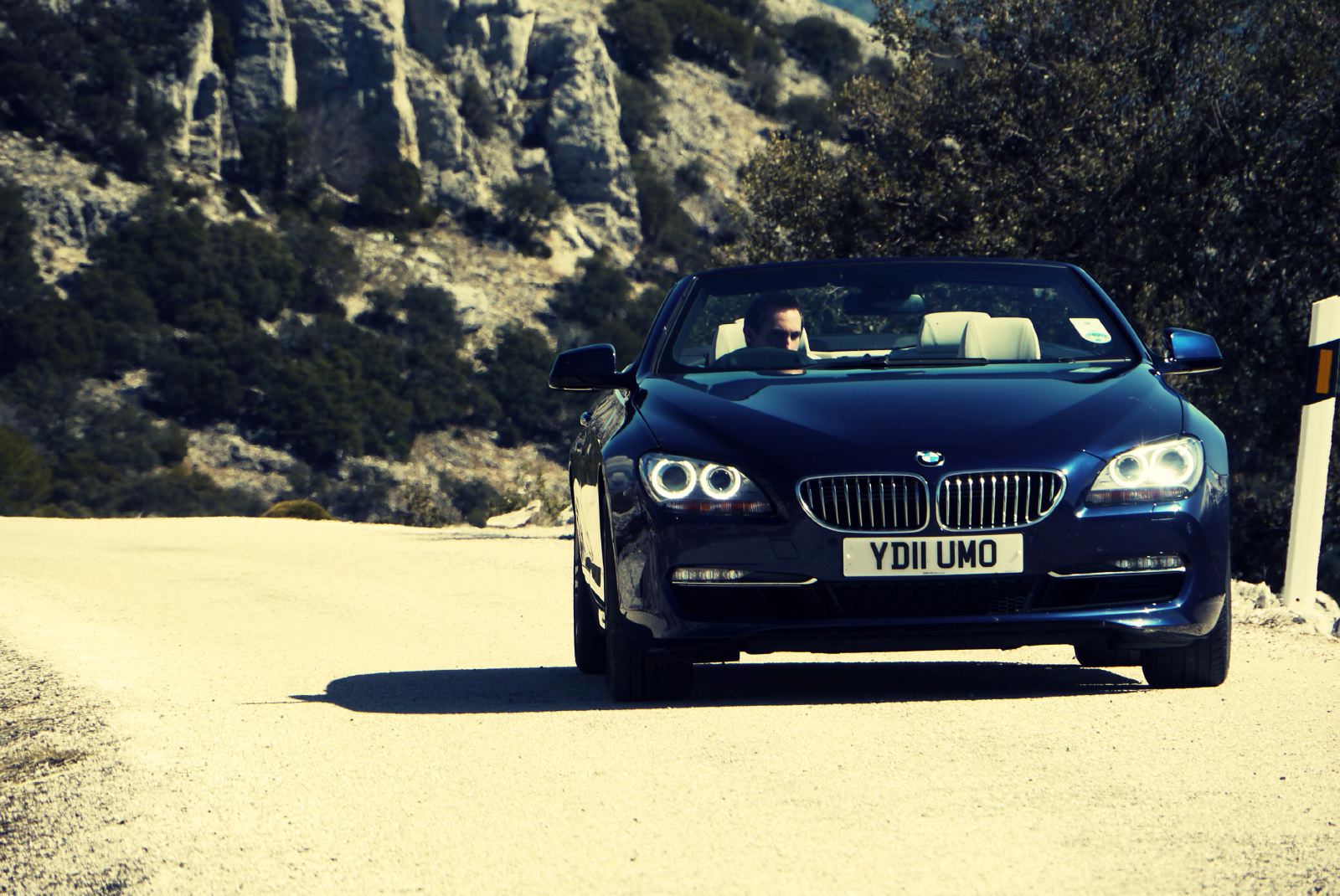 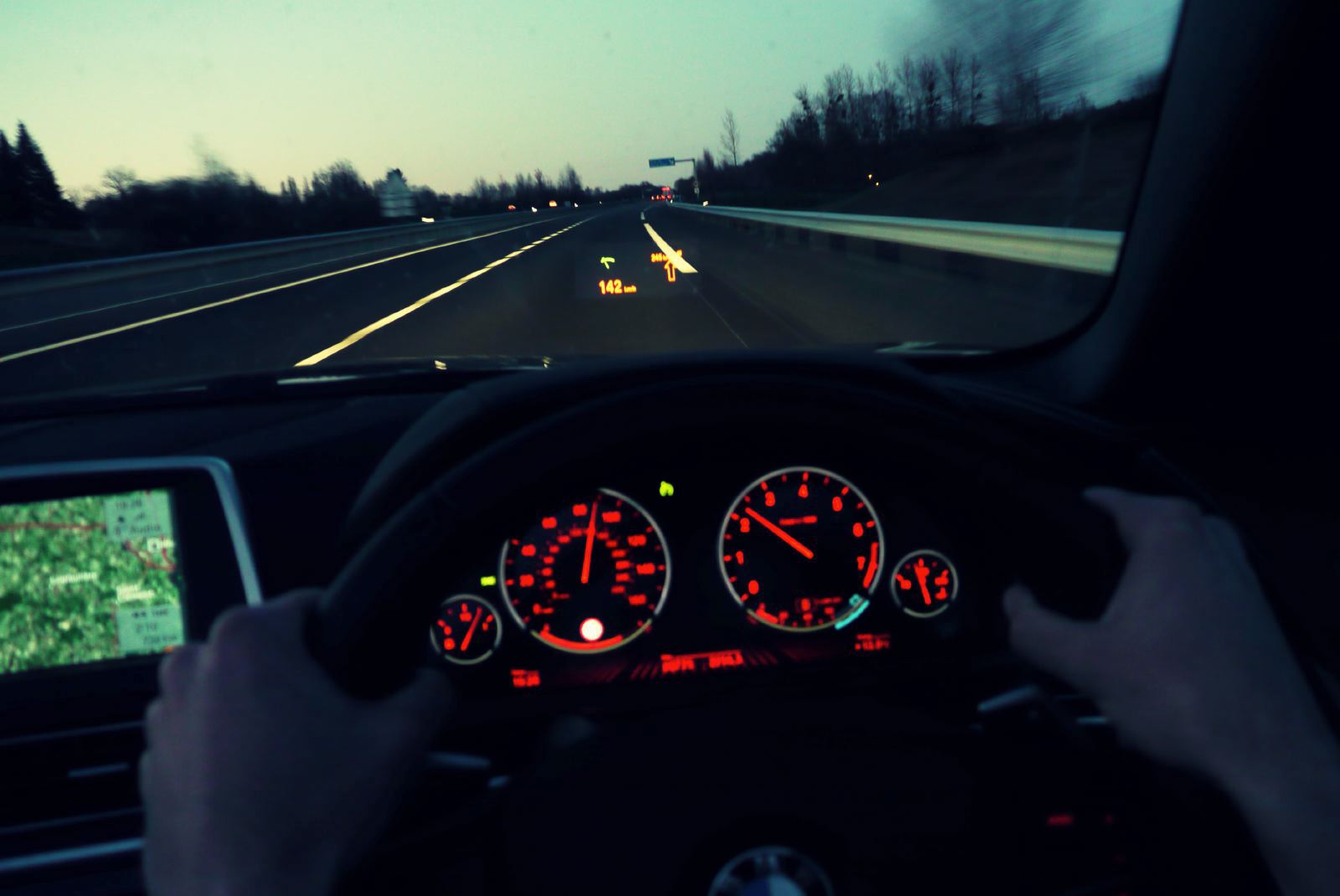 Brilliant HMI design a highlight of the interior 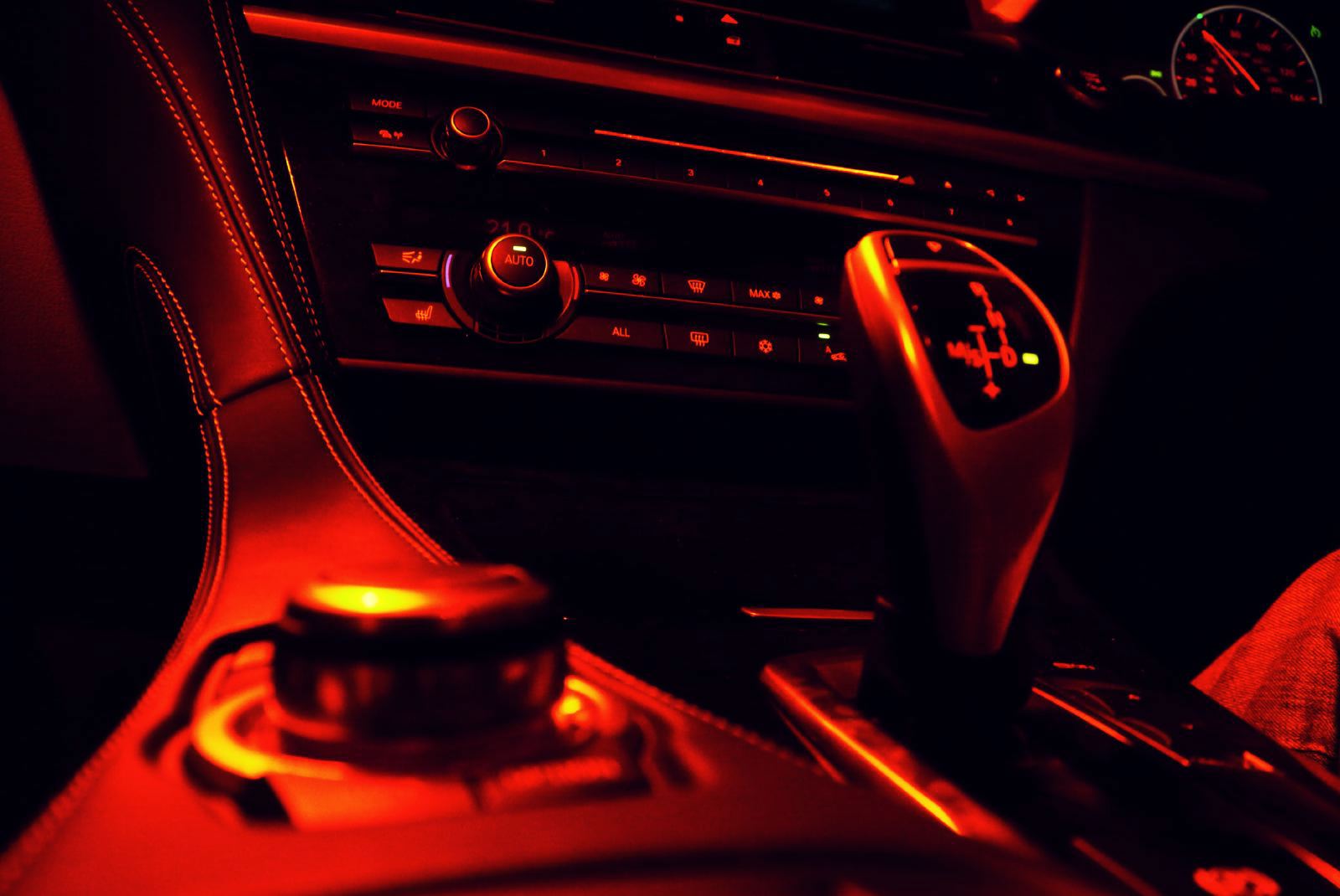 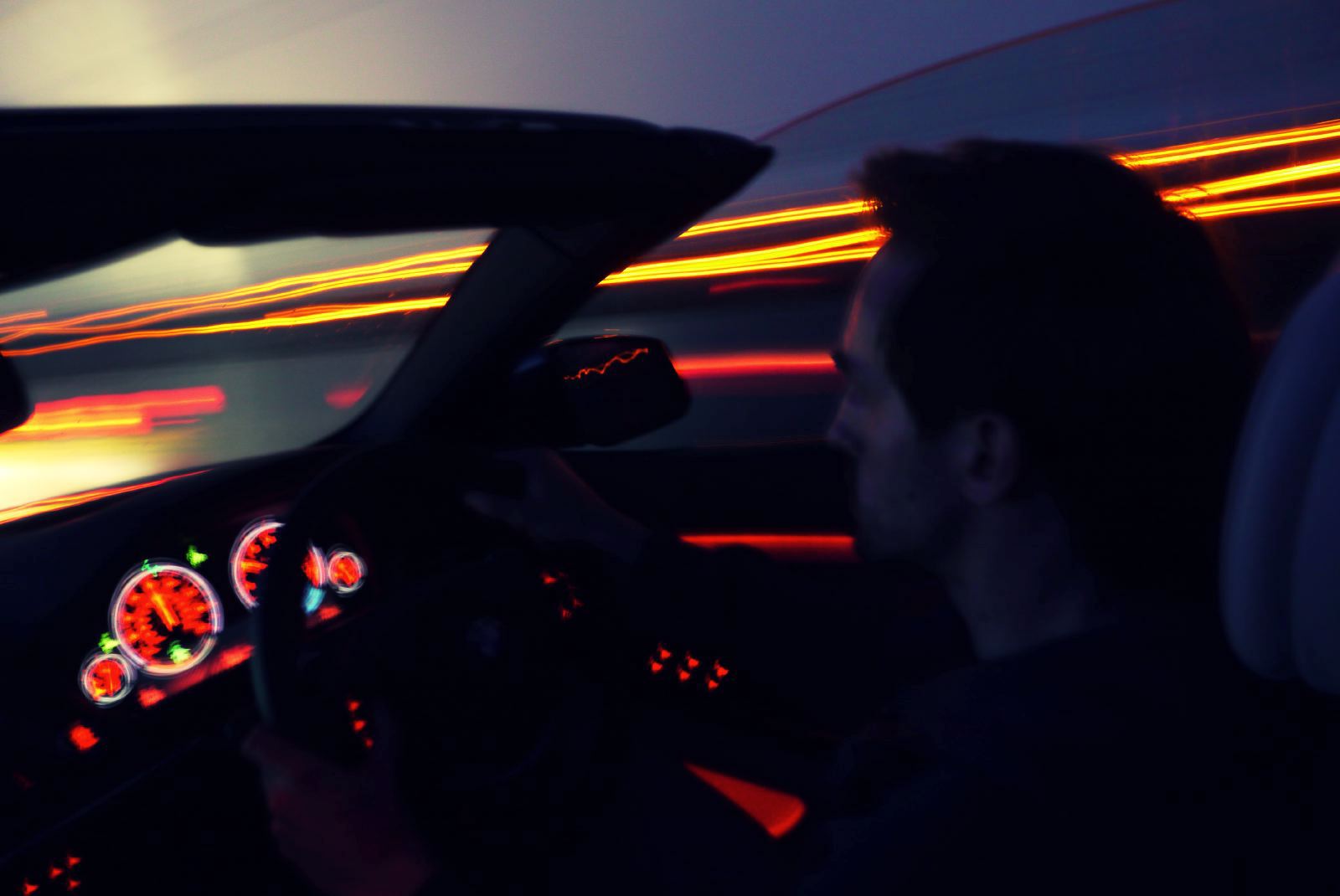 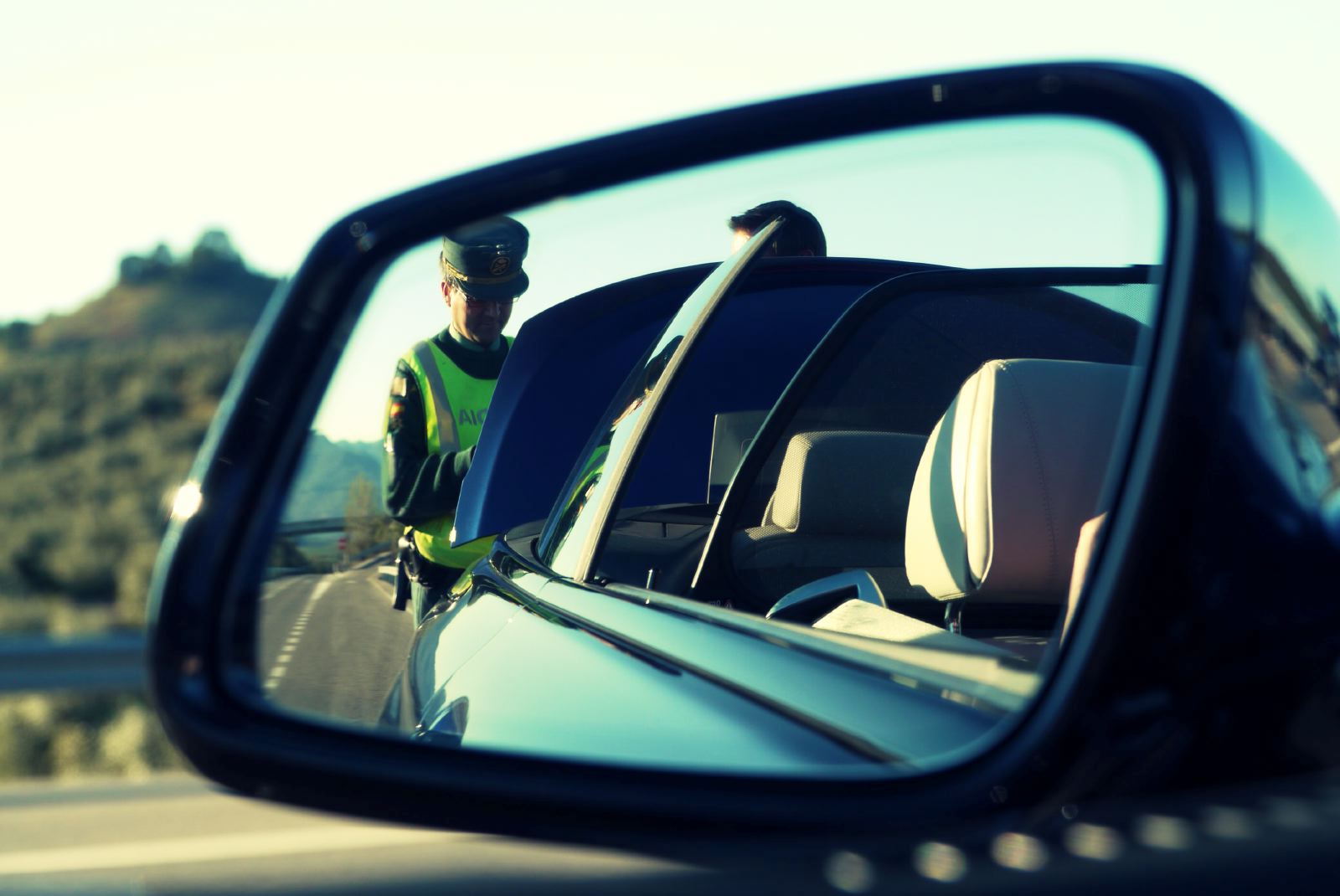 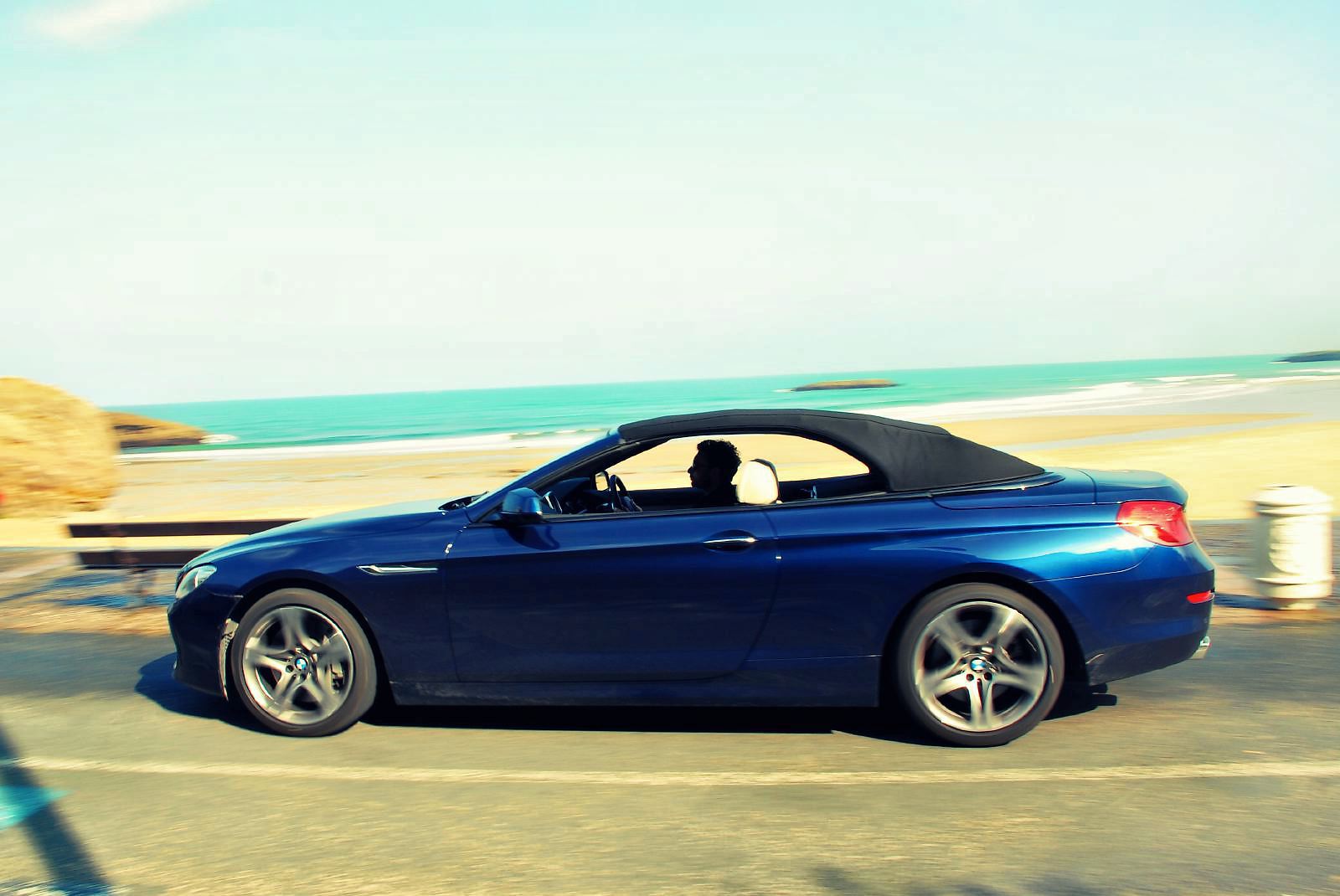 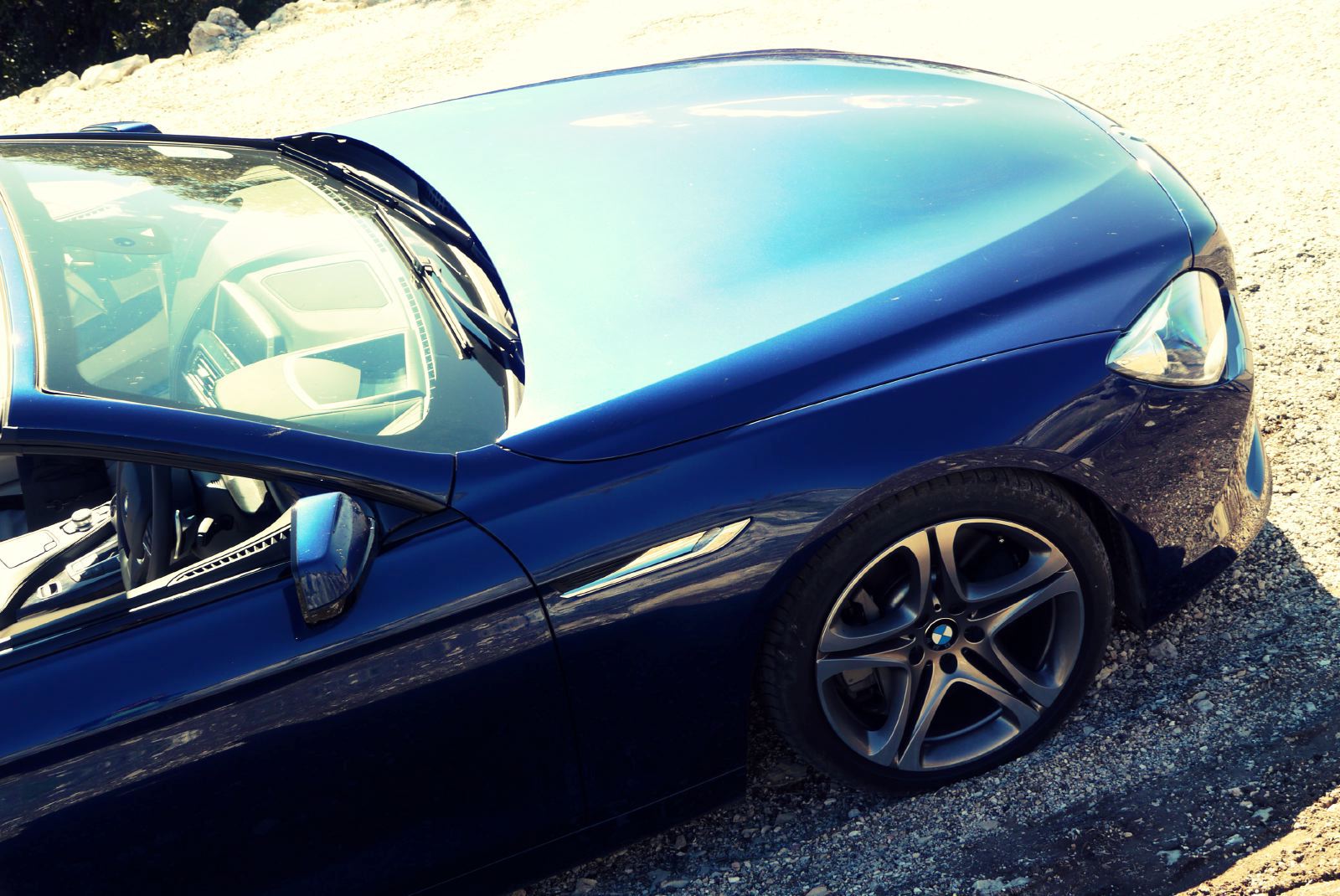 Exterior design gives up a new detail with each read 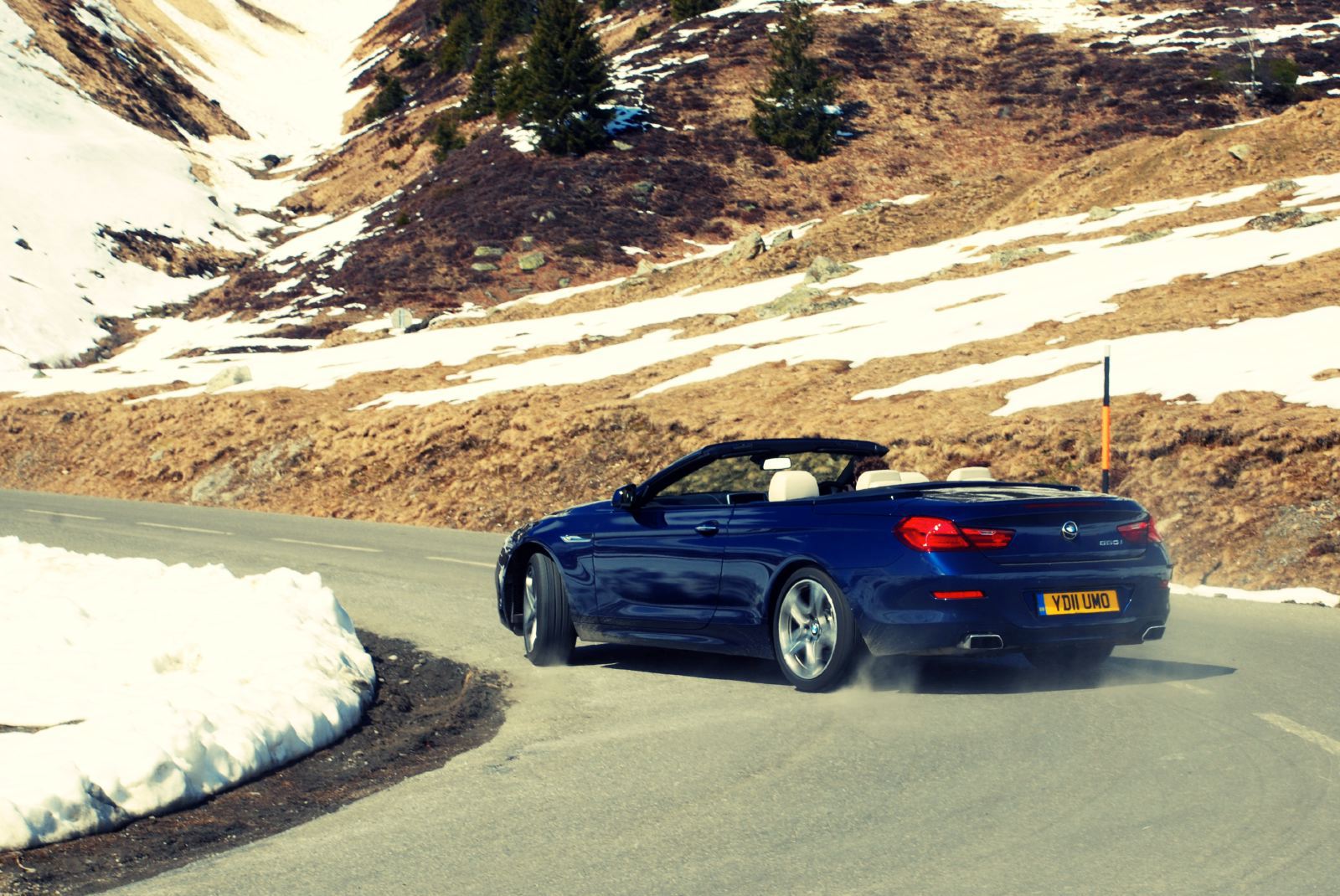 Well it wasn't all hard work...

Every large BMW coupe - from the E9 3.0 CS, through the shark-nosed E24 6 Series, Claus Luthe's beautiful E31 8 Series, right up to the outgoing, Bangle-era E63 6er - has had an exoticism beyond every other car in the brand's range. We drove the latest from the most southern point of Europe back to our London office to find out if it too is a truly Grand Tourer. 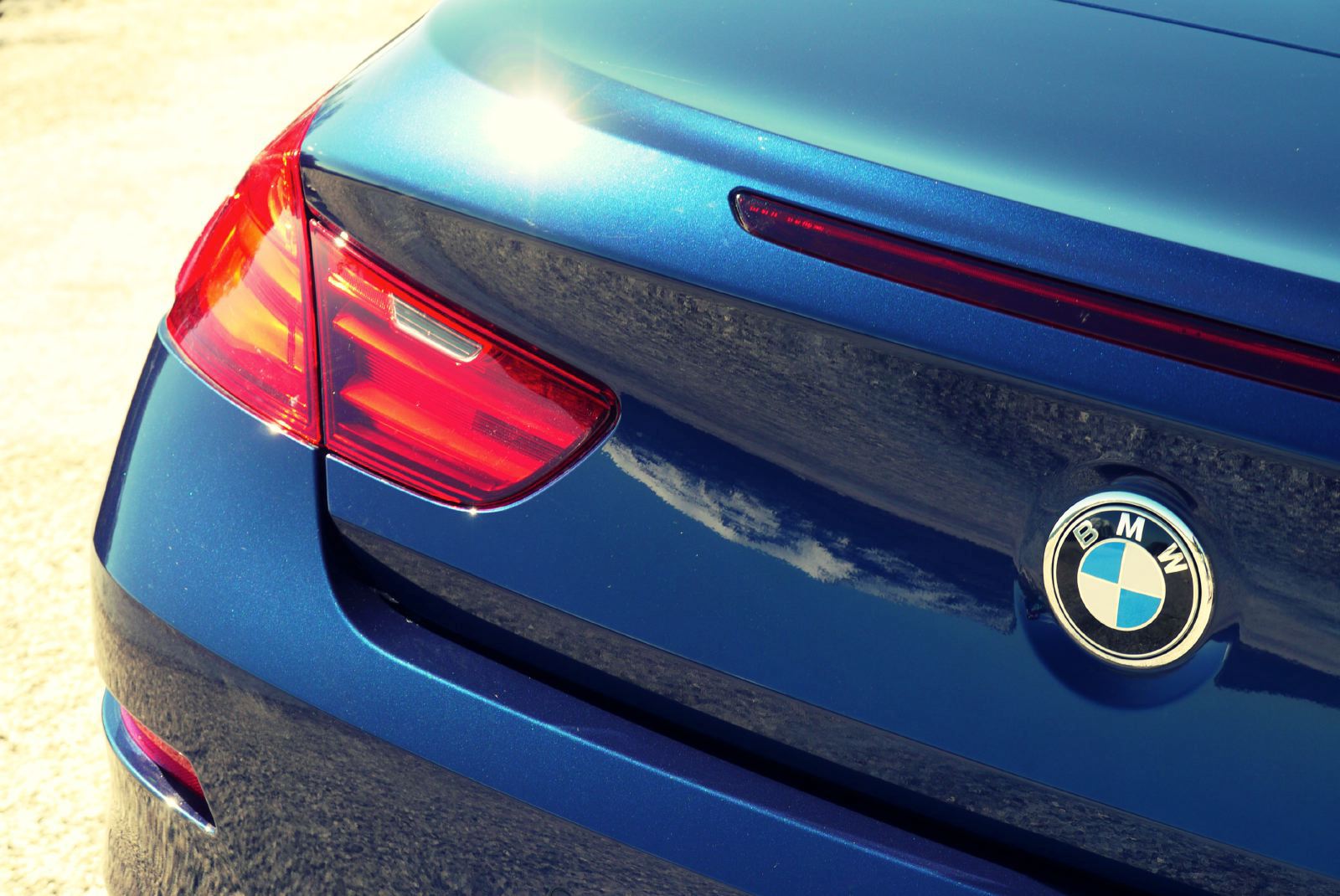 Exquisitely complex surfacing, as we've some to expect from BMW 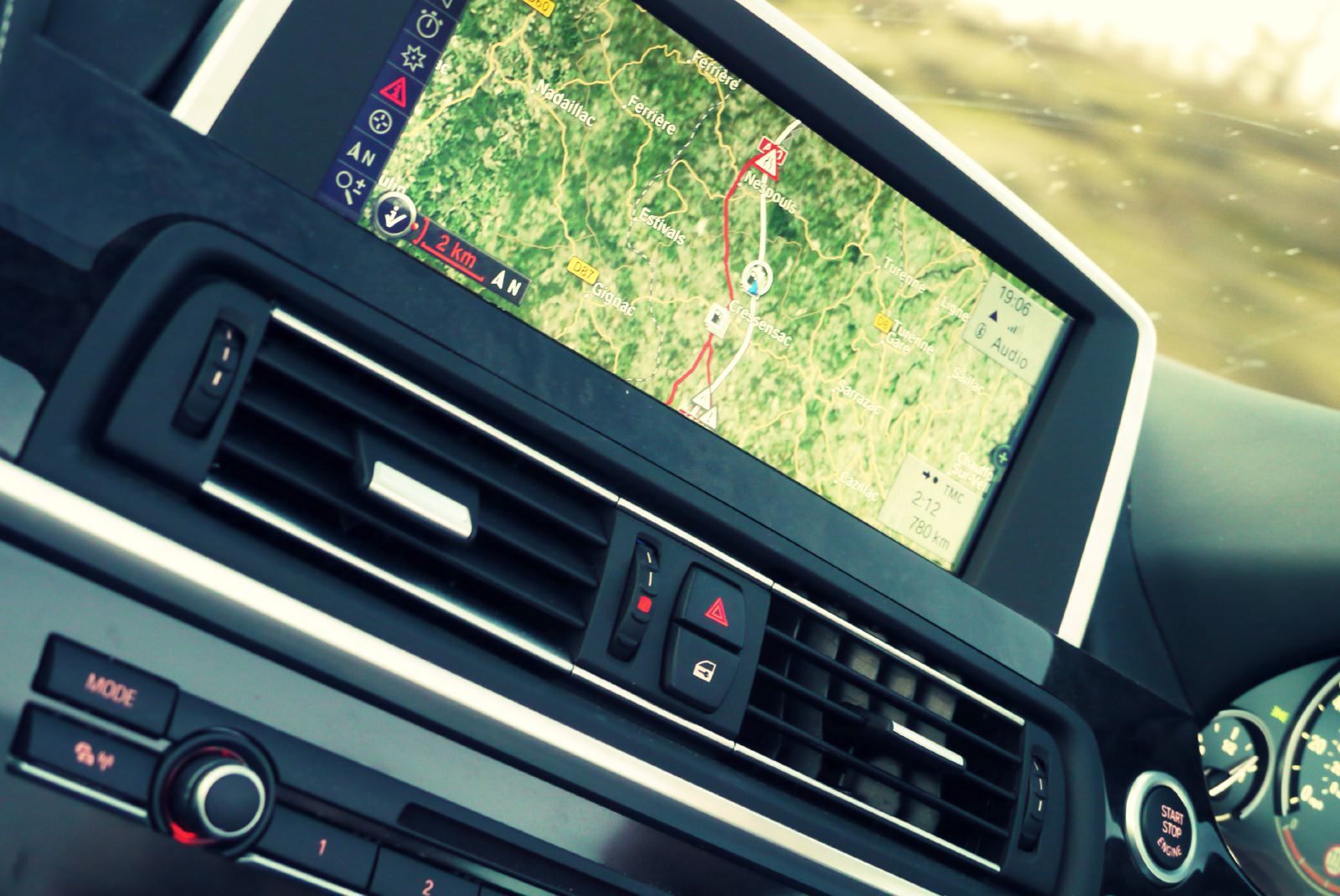 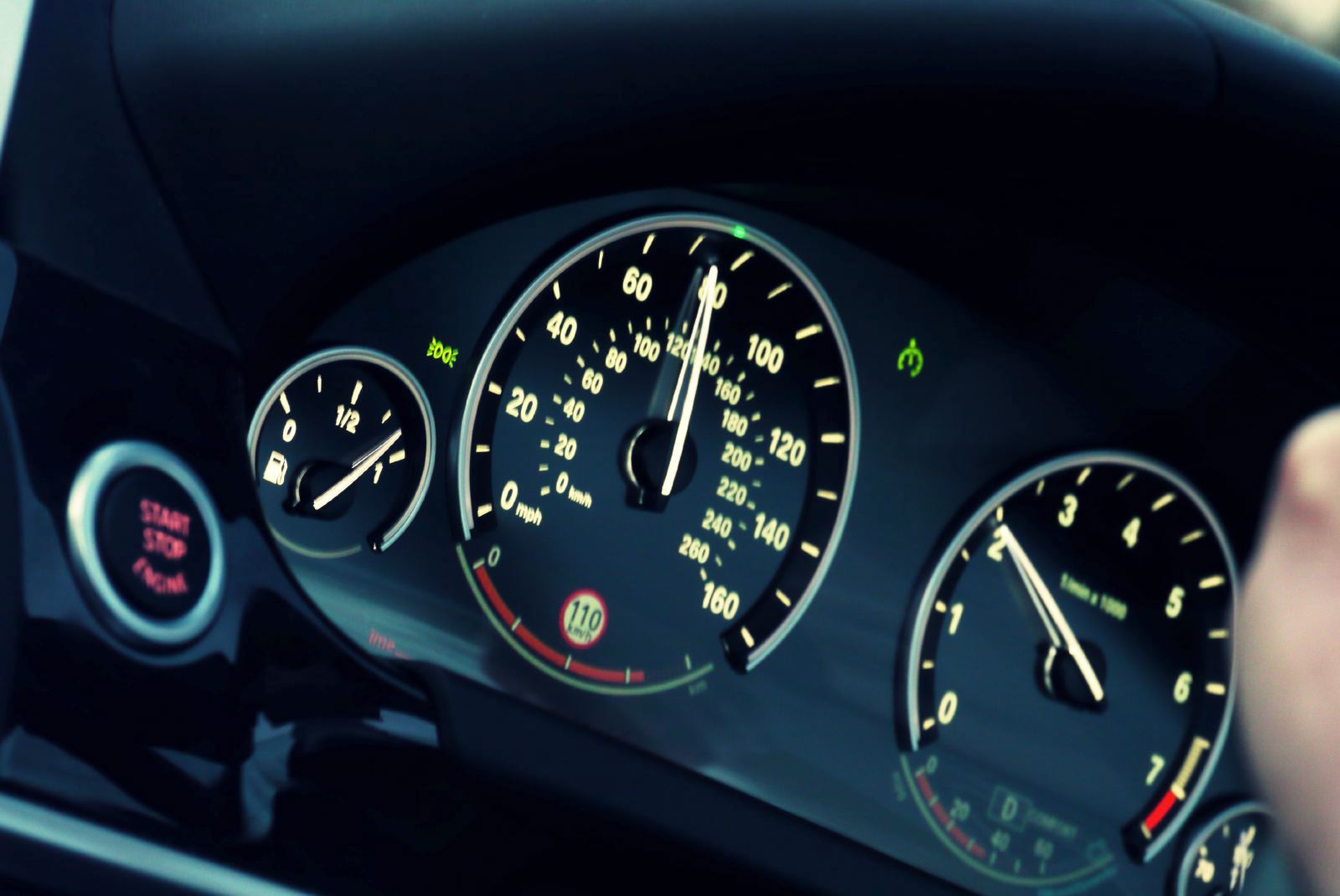 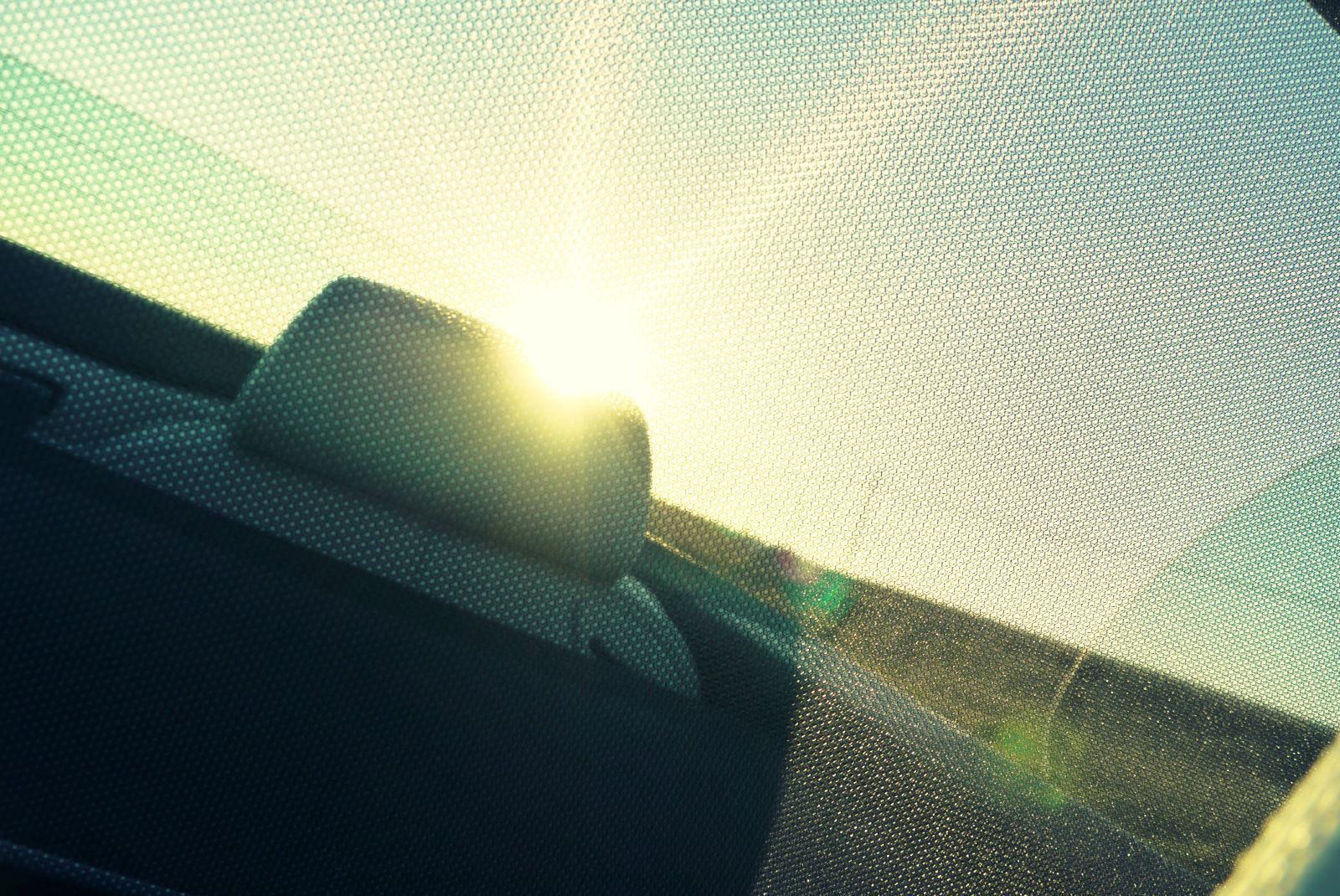 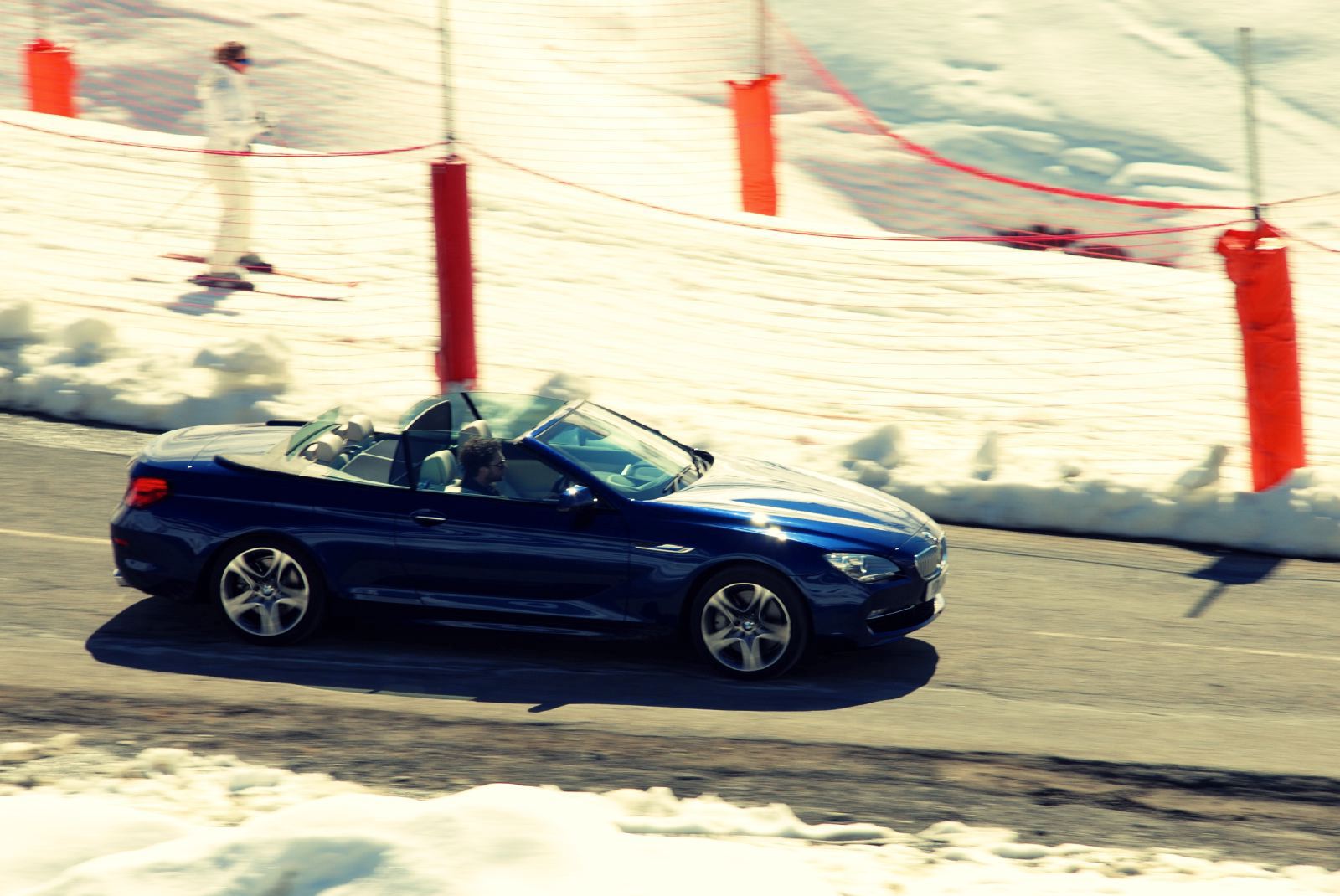 Racing skiiers in the Pyrenees

Stepping off the 'plane in Gibraltar, greeted by a Deep Sea Blue 650i with Ivory White leather, 19-inch rims and Shadow Line exterior trim under the early summer Mediterranean sun, it's clear that the right colorway and a more appropriate setting certainly help the F12's cause after our disappointment with the car at its debut in Detroit earlier in the year.

What is really striking is how this new 6 Series 'feels' on the road. It has few of the avantgarde graphics of the previous generation, hence the reason many have described its design as 'boring' or 'conservative', but the feeling of its volumes is one of presence. And how refreshing to encounter a car that doesn't rely on overly-aggressive, over-sized graphics to achieve a sense of gravitas. While an Audi's or Mercedes' face shouts down the road, the BMW grins with the confidence of a big cat.

Each time we stop to take in the stunning scenery or (more likely) to fill the 6er's belly, we spot a new design detail: the way the headlamps reference the 1989 Z1 or the way the feature line that runs below them and dives downwards toward the front wheel gives the impression of a forward-leaning shark nose a la E24.

By the time we reach the mountains high in the Sierra Nevada, the cabin has begun to work its similarly beguiling charms. Like the exterior, there's nothing unexpected or overly ostentatious about its cabin, but then a Grand Tourer should not be about instant highs; it should cosset and subtly seduce over time. The 6er has the perfect recipe to do exactly that - it's beautifully crafted, intuitive to use yet with details that take time to reveal themselves.

The first of these comes as we roll into Granada as the light fades. Even with the roof down, the switch from white to red interior backlighting acts as a visual blanket as you snuggle down into the low-set driving position. It's clear that the crowds of Granadians, heading out for some late-night tapas are equally enamoured with the exterior illuminations; its quartet of broad-set, bright white 'corona ring' lamps and beautifully-detailed rear lamp light guides are surely amongst the finest pieces of automotive lighting design.

Extracting the 6 Series from a particularly tight underground car park the next morning and threading it through the city's back streets highlights one of the F12's weak points. While its low driving position and high scuttle are welcome when cruising las autopistas, the resulting lack of visibility, combined with the offset of the car's track compared to the cockpit width, makes judging its size too difficult. To compound matters, the driver's wing mirror sits exactly in the eye-line, which makes pulling out of junctions or negotiating tight corners a work of literally blind faith at times. No amount of cameras (three in this case) or sensors can compensate for actual visibility.

Such things are forgotten as its wave-form hood points true north and we leave behind the coast for the arid, semi-desertified planes of central Spain. Out here, clicking up the miles there's time to appreciate the details such as the way setting the cruise control is so intuitive and illuminates a marker on the speedo. Or the brilliance of the latest iDrive interface (although its controls don't fall easily enough to hand thanks to the sweep of the center console). In fact it's the HMI design that really impresses in the 6 Series, or more specifically, the way the central screen, semi-digital dial pack and HUD work together to deliver the relevant level of information to the driver. This layered setup may have been at its most explicit in the ConnectDrive Concept, but this is proof that the transfer of that area of research to production cars is already occurring.

Nowhere was this more apparent that towards the end of our journey during an infamously gladiatorial night time battle on the Paris Périphérique. Working more on survival instinct than any sort of direction, our exit slip road was closed, which, under normal circumstances would have only added to the stress of avoiding Renault Clios at the natural 100mph the ring road flows at. However the navigation system flashed a warning system in the HUD, offered an extra layer information in the shape of a 'Road ahead closed' warning in the dial pack and more detailed detour route in the central screen. Gone are the days that interior elements behave as separate, uncommunicative elements. It's details like this that create a cumulative respect.

But the most crucial test for a true Grand Tourer is how it fits its differing environment as it glides across continents. The 6 Series passes this test with ease, looking and feeling equally at home crawling through the traffic of Granada, cruising the motorway networks of Spain and France, attacking hairpin bends in Pyrenees or slinking along the boulevards of Biarritz.