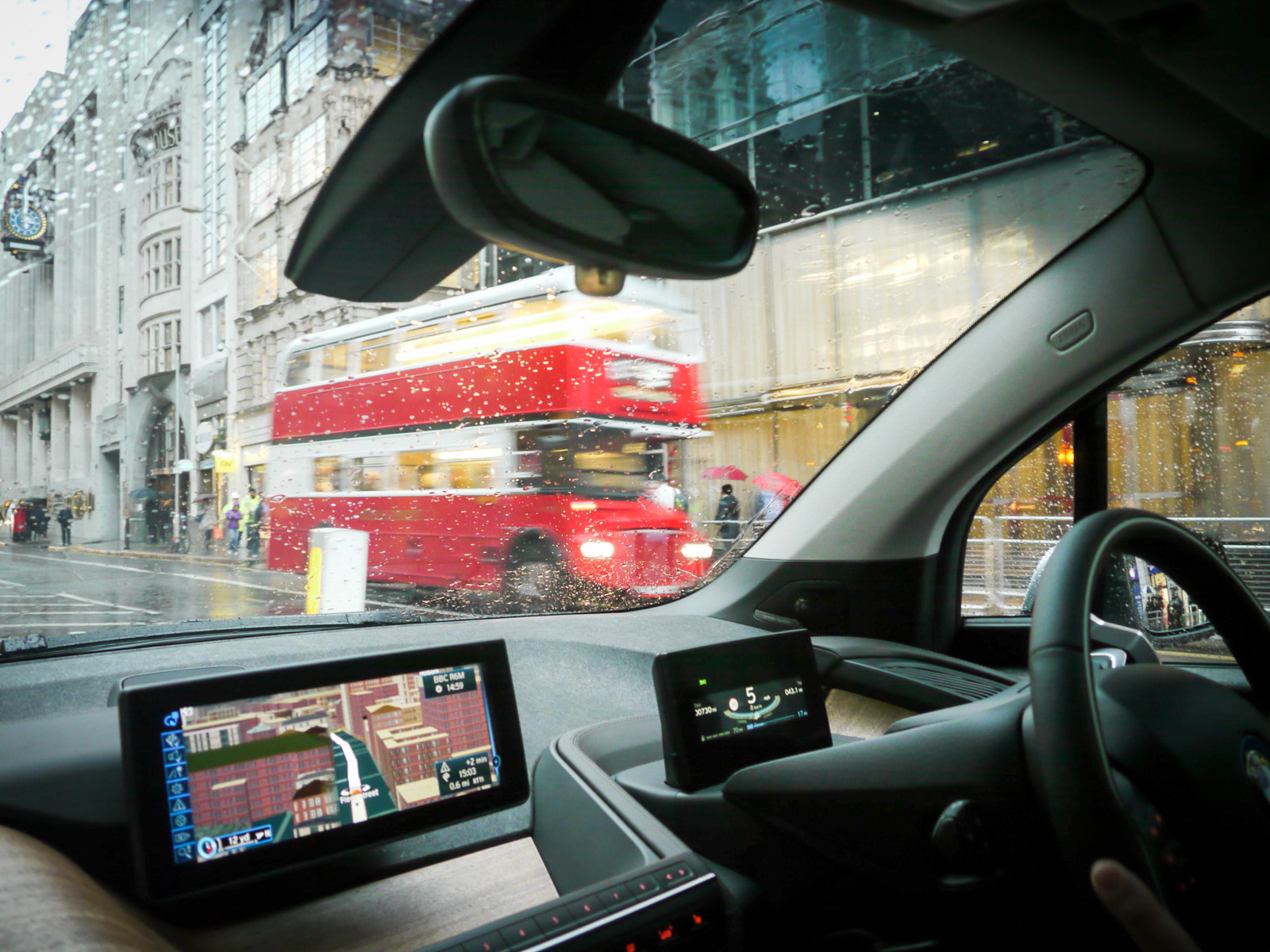 HMI is centered around flat-screen displays. Click for larger images 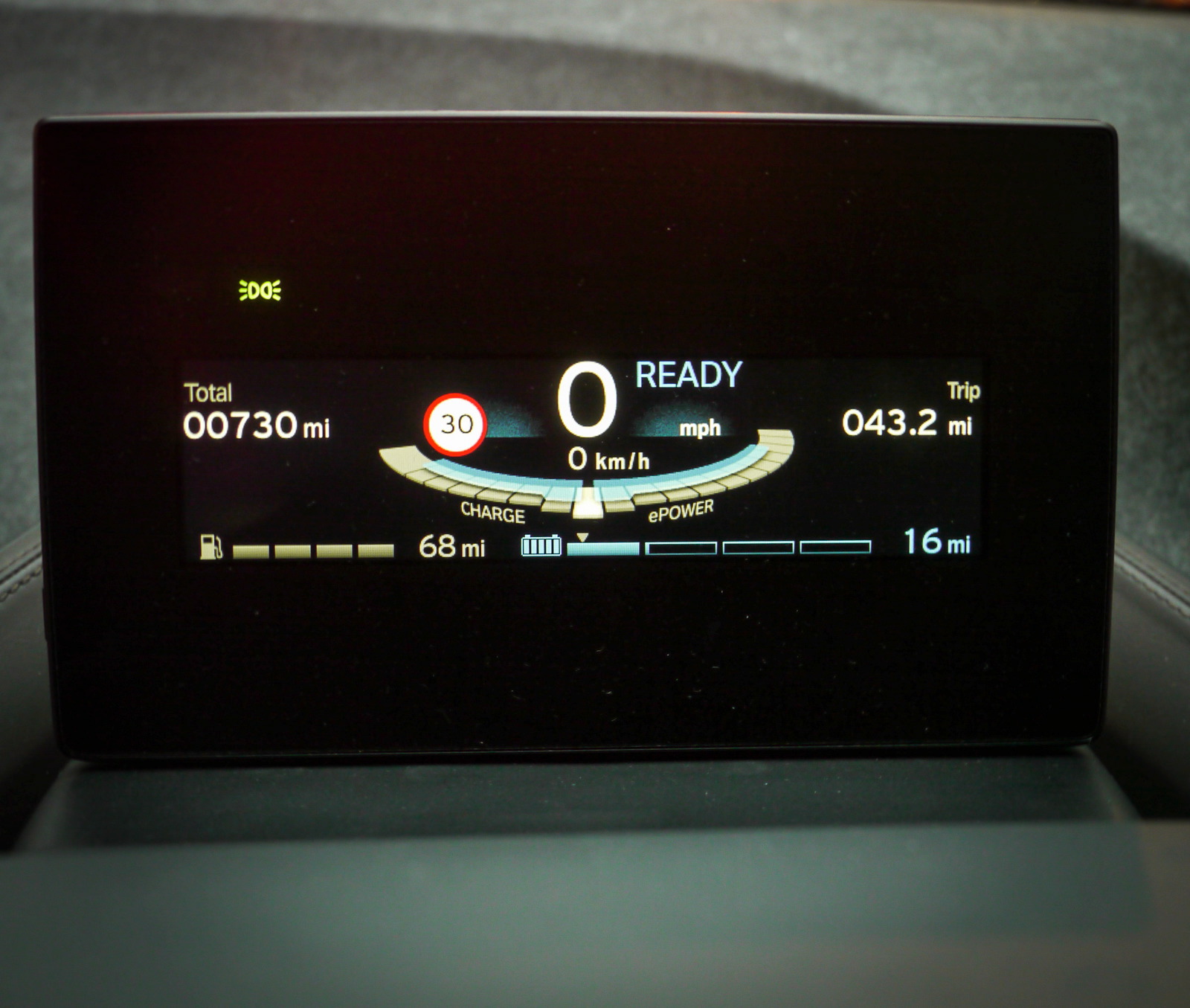 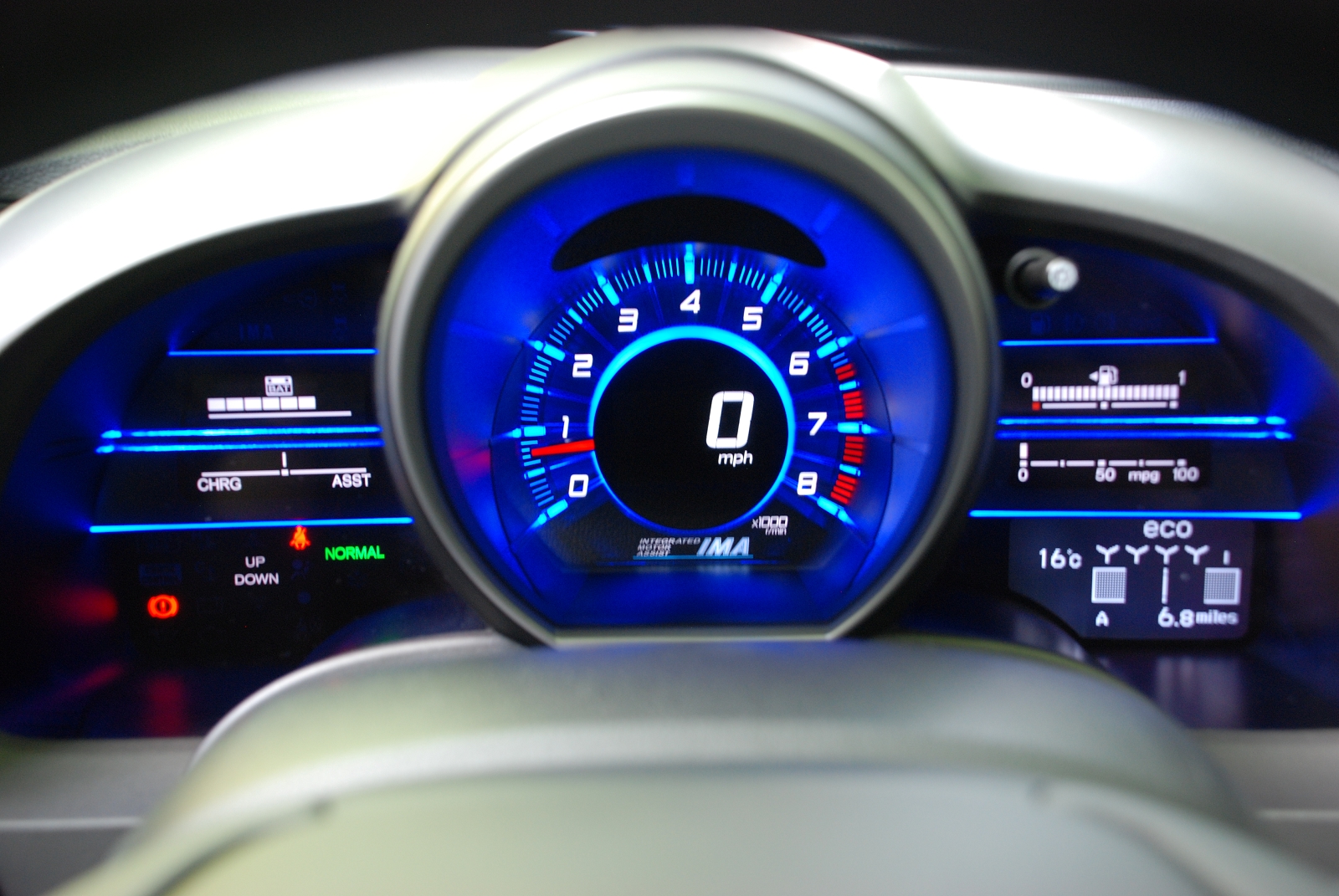 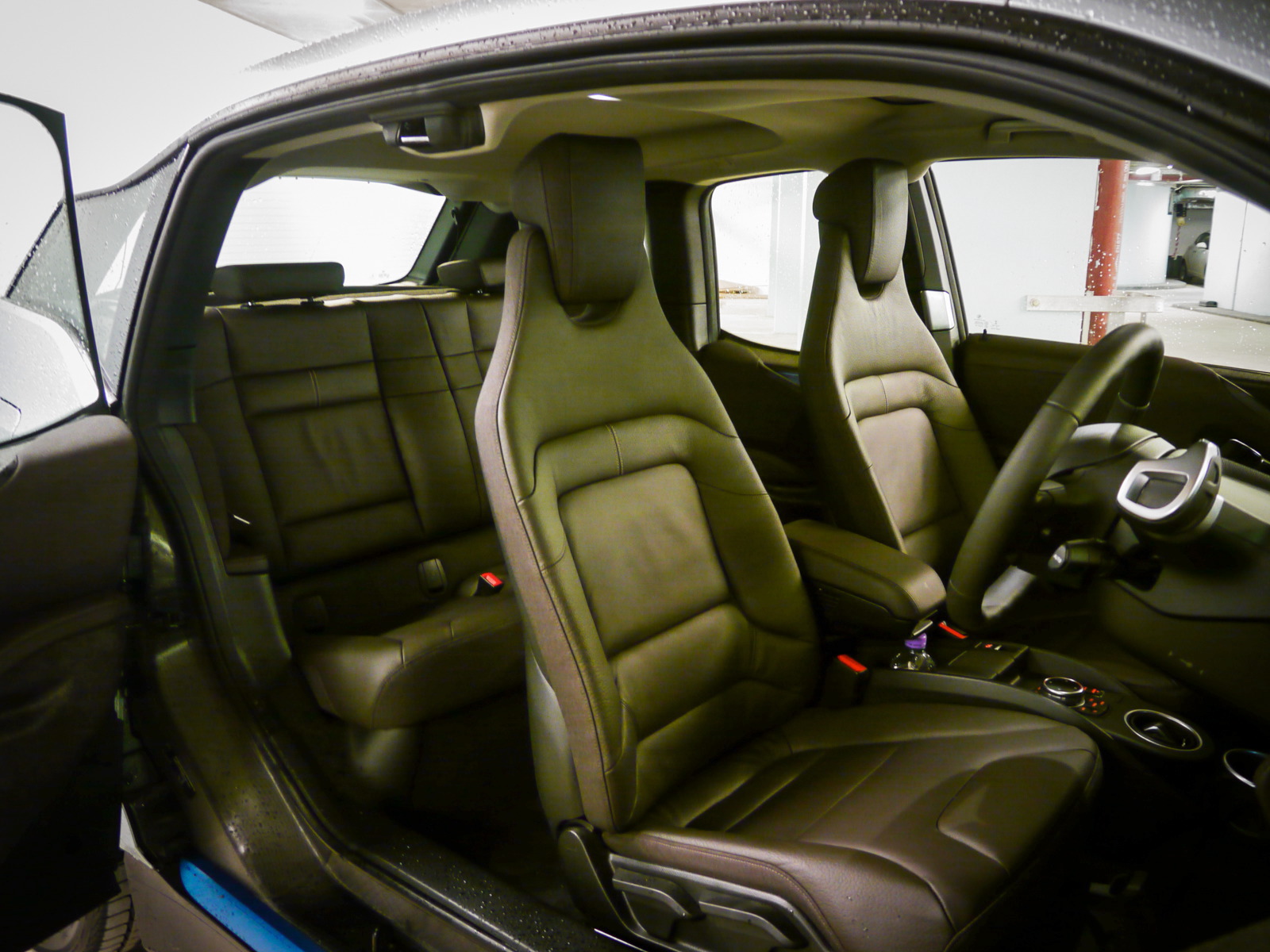 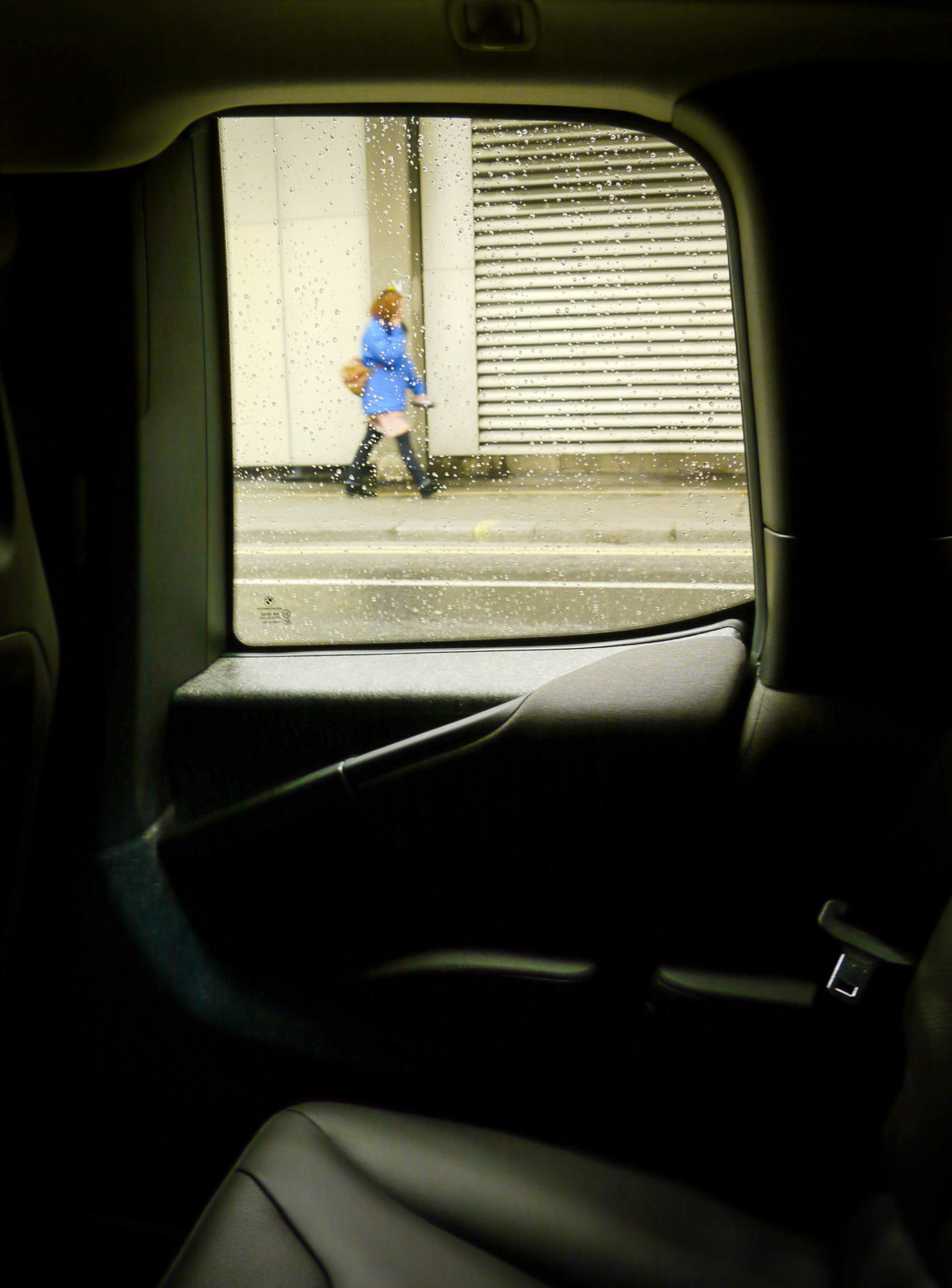 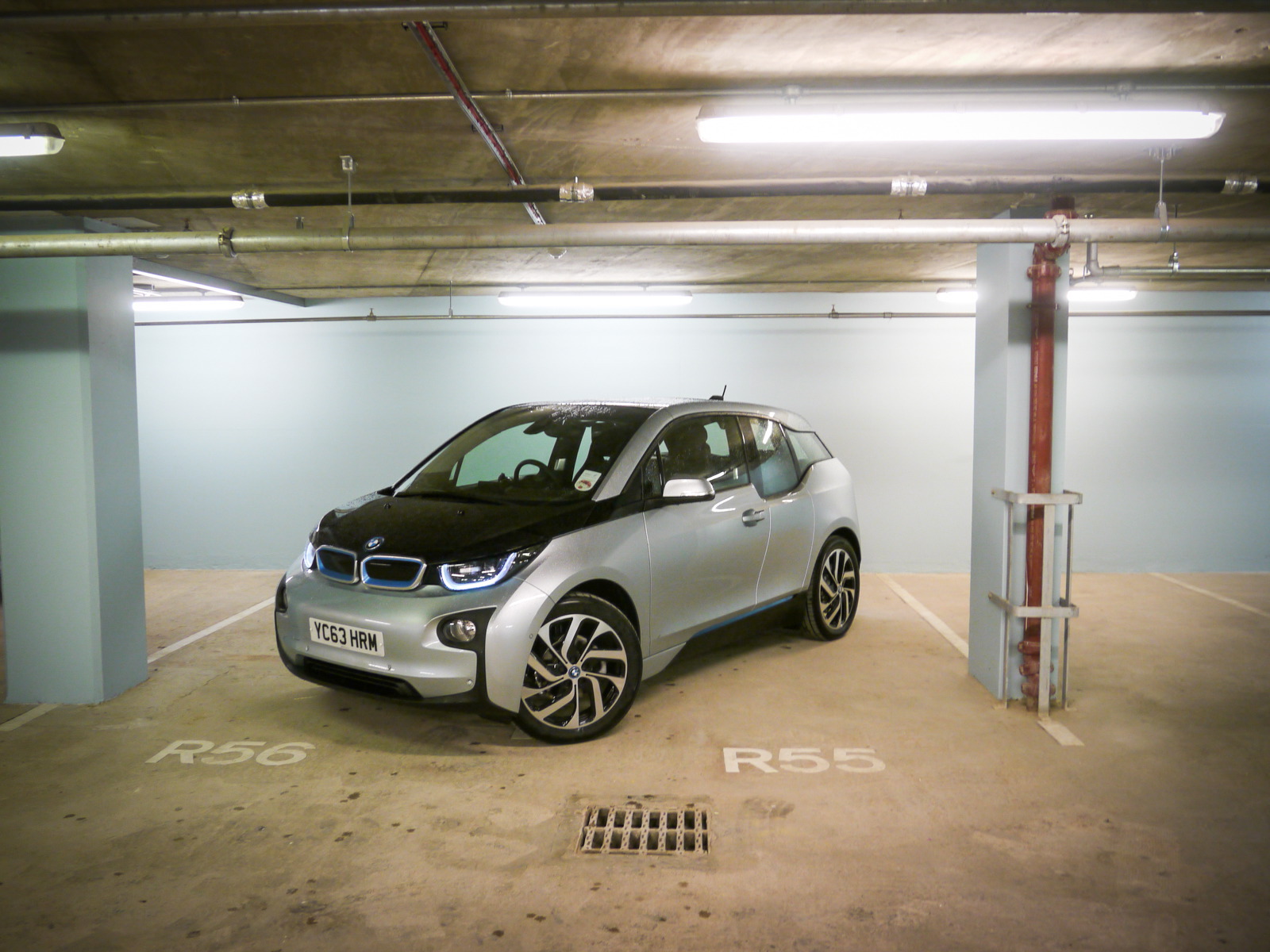 Near-misses and truly surprising acceleration aside, the only other aspect that will raise an i3 driver's heartbeat above a rest is that elephant in the room of all EVs - range anxiety. BMW has gone to great efforts to alleviate this however, with an holistic approach to the issue. Key to this is a software range called 360-degree Electric that includes Driving Range Assistant. This uses navigation and vehicle information to determine if your destination is within range by accounting for variables such as traffic, driving style and topography and re-plotting or suggesting a different driving mode in order to get there. There is an associated smartphone app that can not only control charging remotely but also allows the continuation of navigation, right to your destination as a pedestrian. 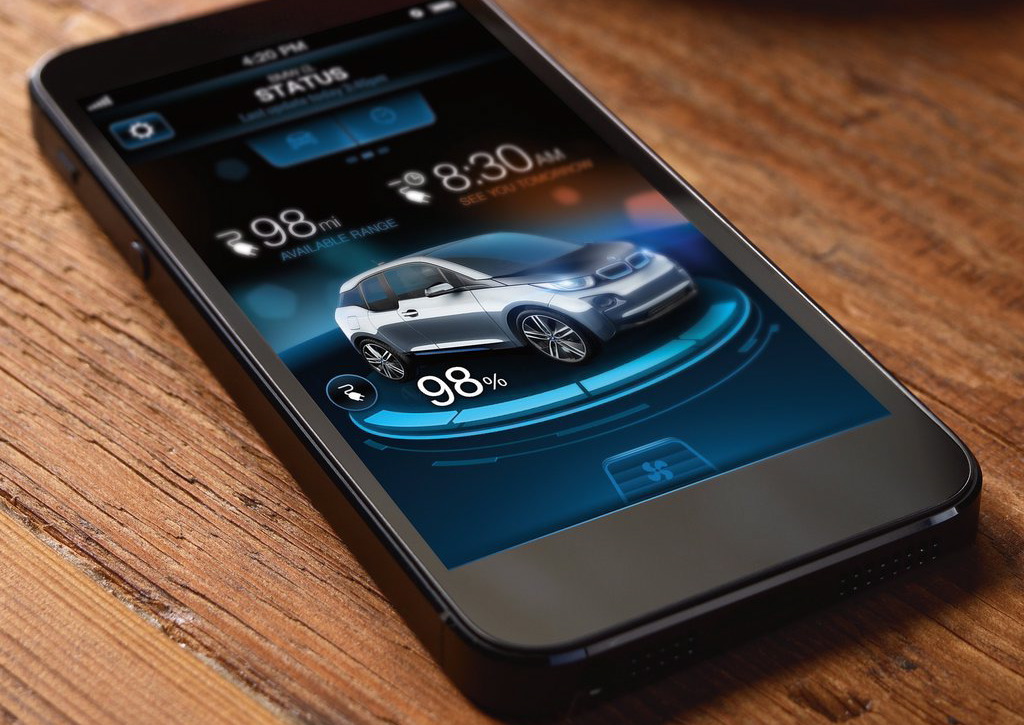 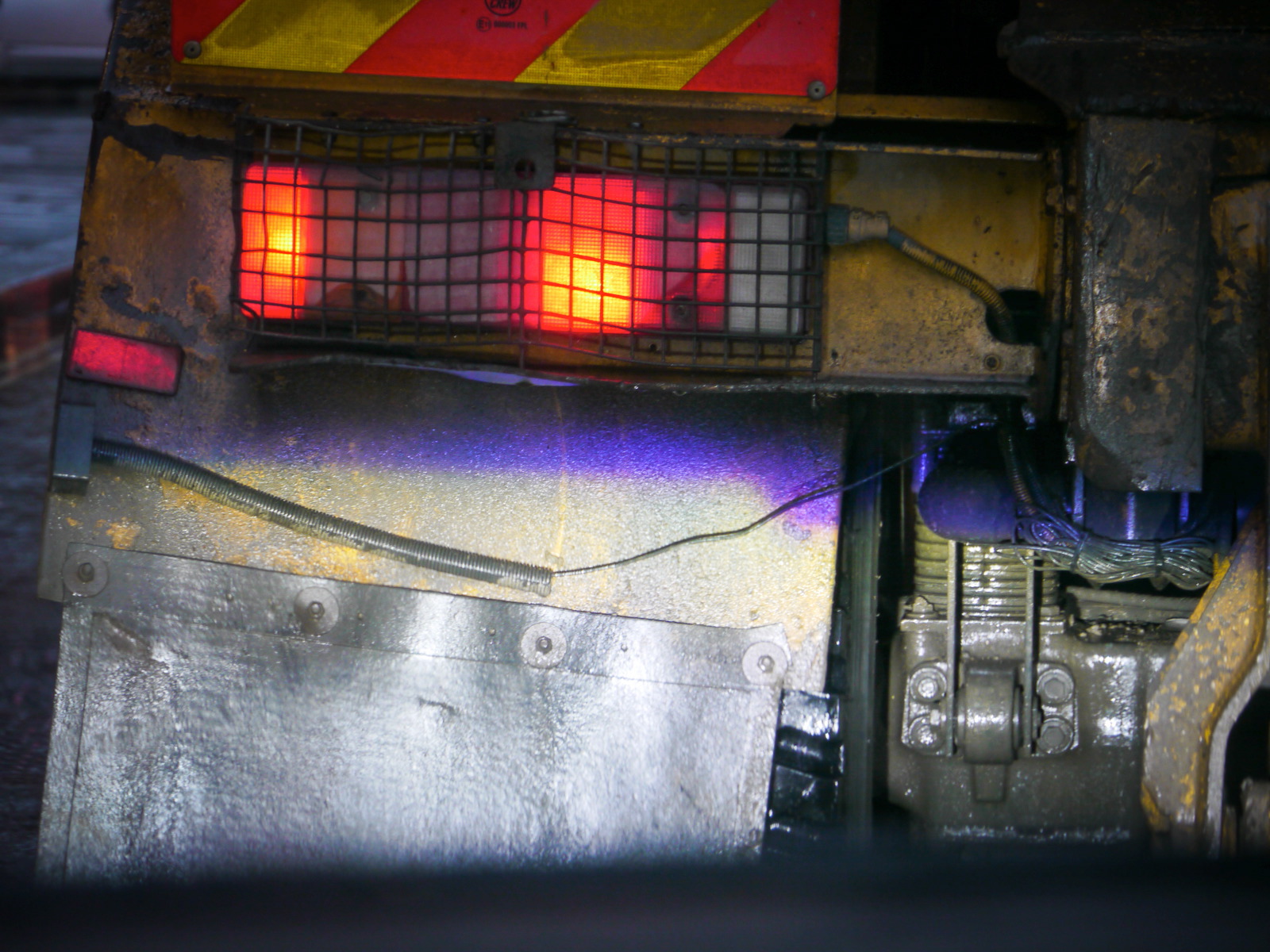 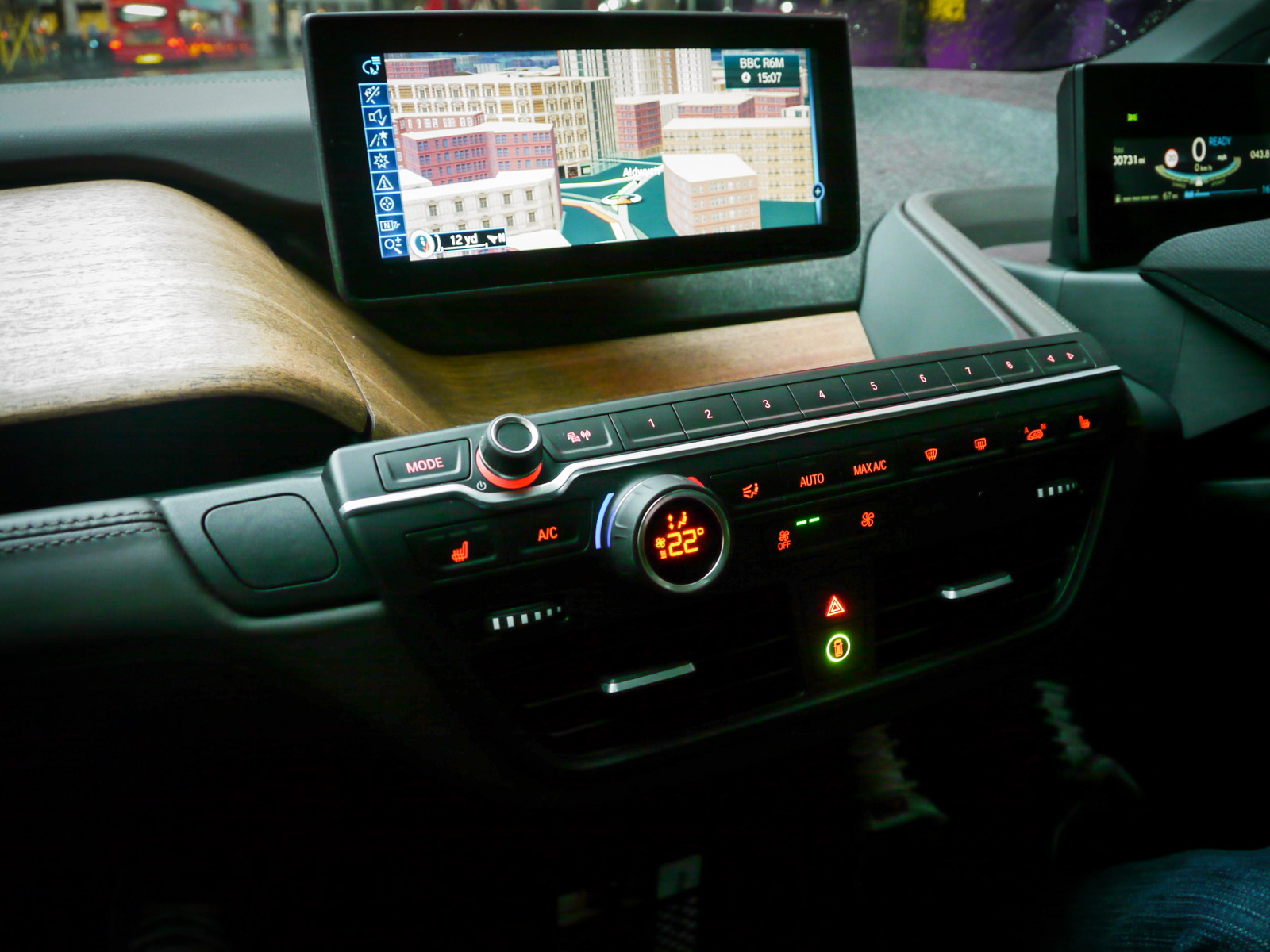 HMI not quite up to expectations 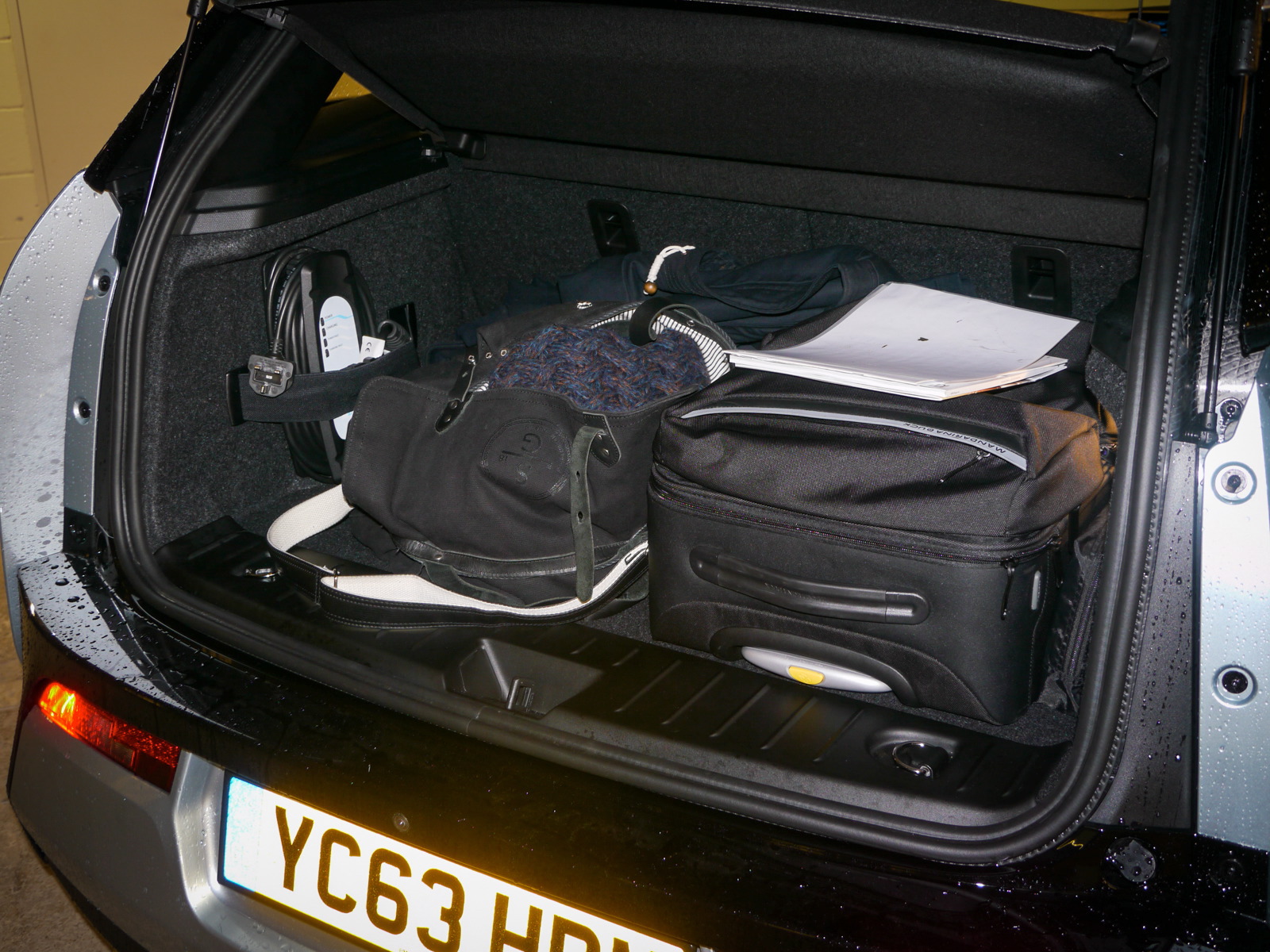 Luggage space is just about adequate 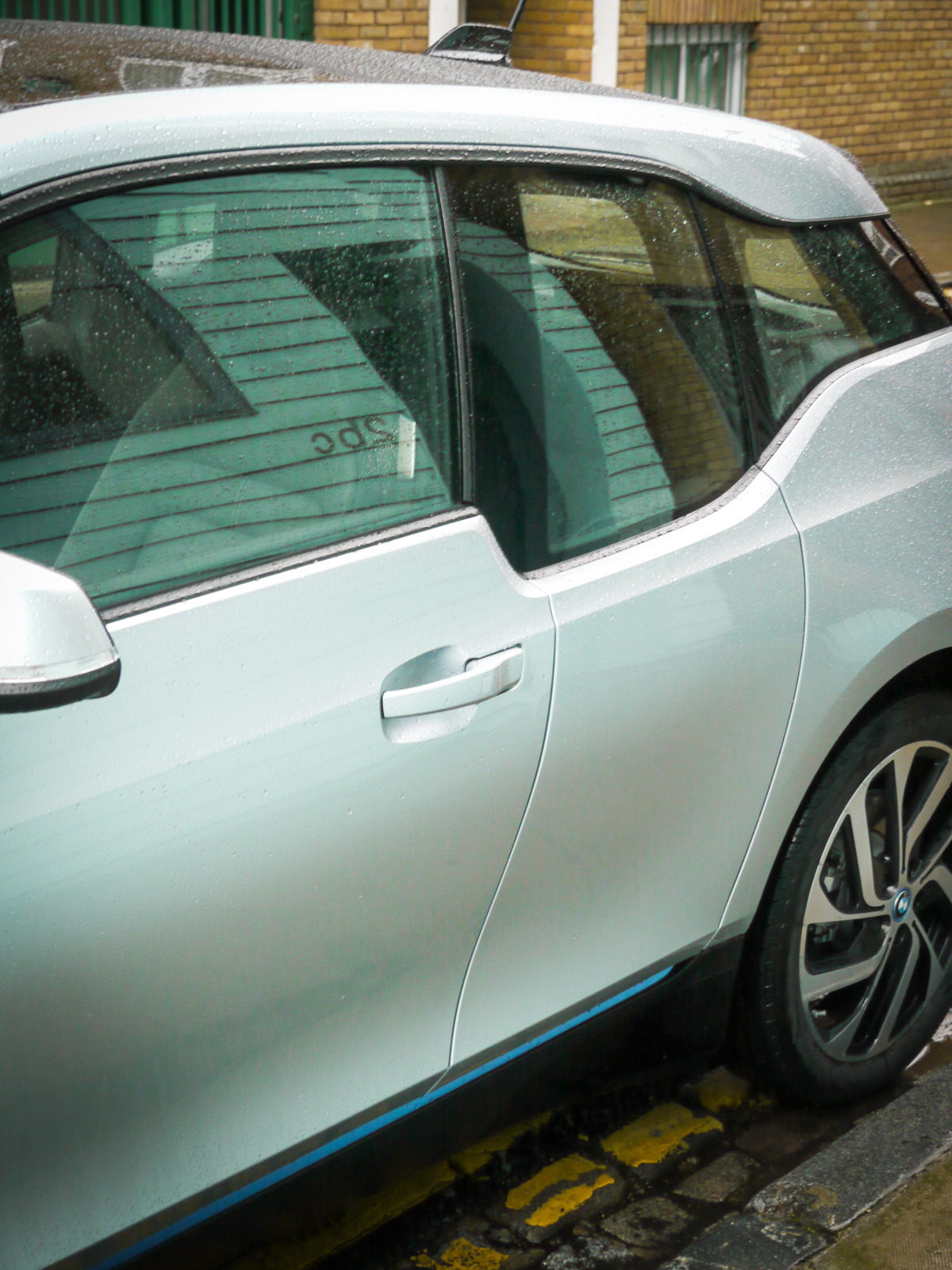 We also tested the range extender-equipped version that uses a two-cylinder motorcycle engine under the rear seat to generate enough power to hold battery charge for an extra 80 or so miles (up from between 80 to 100 on electricity alone) and is no more intrusive than a very faint hum that sounds like being followed by a distant motorbike. The idea of driving around with the extra weight as well as a tank of 'dirty' fuel does detract from the purity of the pure electric version though.

There may be slightly less need for the extender if the car itself helped to eek out range by encouraging optimum battery regeneration under braking. This is an area that both Toyota and Honda have nailed in their respective hybrids, which turn efficient driving into an addictive game thanks to their precise, clear readouts that allow you to learn the most effective way to brake in order to harvest energy. The i3's small 'swingometer' - similar in style to BMW's venerable econometer - is too subtle and cramped at the bottom of the driver's display to be prominent enough to influence driving style.

In fact if we have any criticism of the overall superb interior it's that the HMI doesn't seem as advanced as we'd hoped. While areas such as the real-time range navigation are welcome the hardware feels a little behind the best in the BMW range, with the screens not speaking to each other, offering layers of information in the way we've come to expect. The omission of a head-up display also seems remiss. Clearly with so much physical new technology content in this car there had to be a limit in terms of costing but this feels like an area in which it should excel given its early adopter, tech-savvy audience. As it is, the HMI is merely good.

The overall experience from the other three seats is as impressive as it is for the driver. For the front passenger the floating IP with that warm wood finisher and lack of center console give a feeling of space despite the car's relative narrowness, but with enough surroundings to avoid feeling vulnerable. And while the seats are slim they offer superb comfort and support. Those in the back don't get such a bad deal either. Some complain the front occupant needs to hop out to allow those in the rear to get in or out and that the window doesn't drop. The counter-argument is that, compared to a 3-door car, the rear-hinged doors offer far better rear access. And while there are also people who actively dislike that stepped window line, there's no denying it creates a unique environment for those in the rear.

And no matter where you sit, there is an overriding impression of superb quality from the switchgear weighting to the feel of its unusual use of material that reminds you you're traveling in something that's the result of lateral thought (just in case the stares and smartphone lenses pointing in your direction leave you in any doubt).

And the impression of progression is as strong from the driver's seat as it is from the kerbside. The mastery of the i3 is its balance of meaningful innovation, with a reassuring familiarity and logic in key areas, meaning it avoids being sidelined as 'weird' by those looking to fan the flames of change resistance. In short it works brilliantly both as an EV and - most importantly - as a car.

Be in no doubt that, whether you're a fan or not, the BMW i3 is the most significant game-changer of our times in the automotive industry. Not only is it the first desirable EV for the everyday motorist, it challenges the whole way in which cars are designed, built and used.

Related articles:
Design review: BMW i3
Design Essay: BMW i - Setting the industry agenda for the next decade
Driven: Alfa Romeo 4C
Behind the scenes and behind the wheel of the Volkswagen XL1