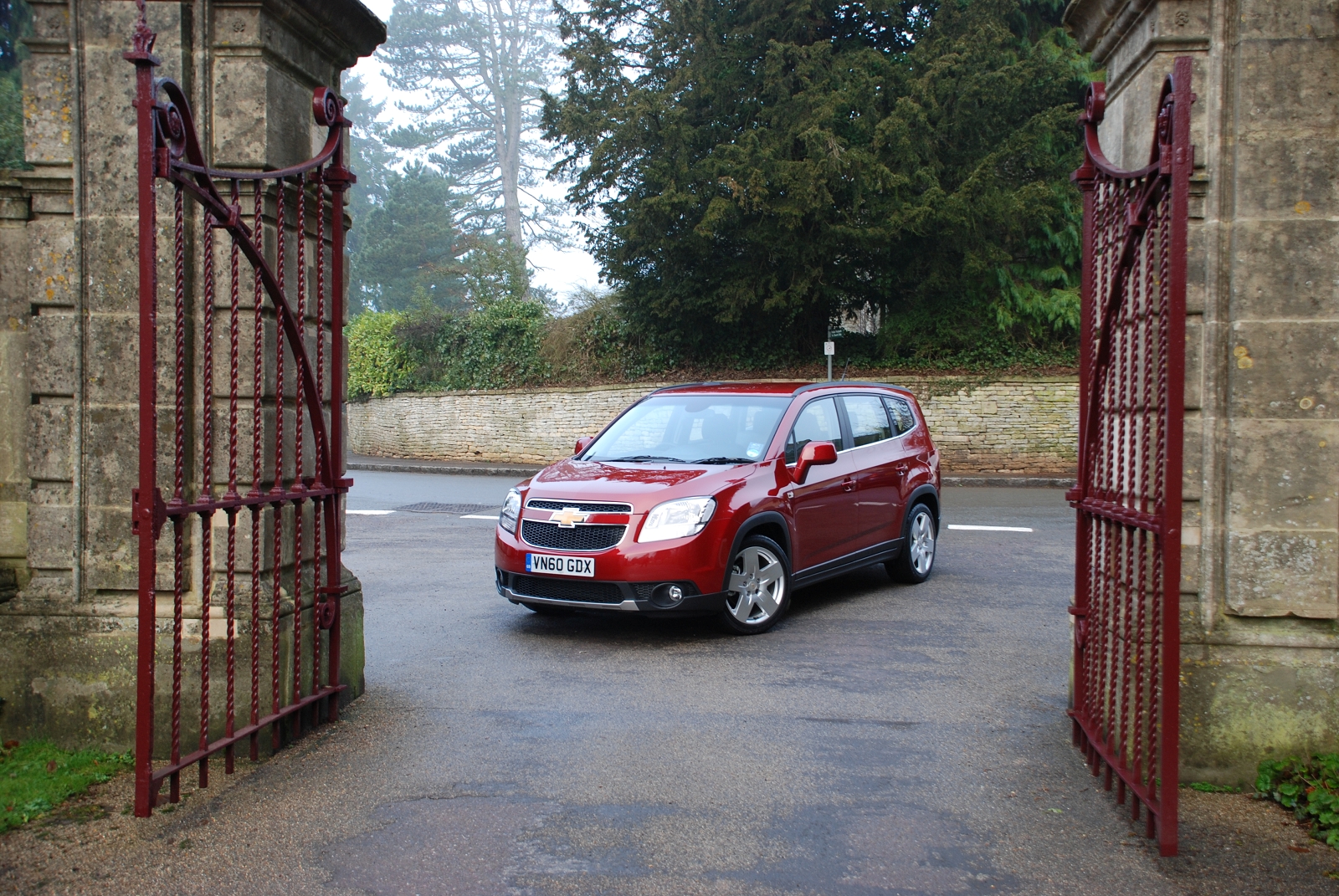 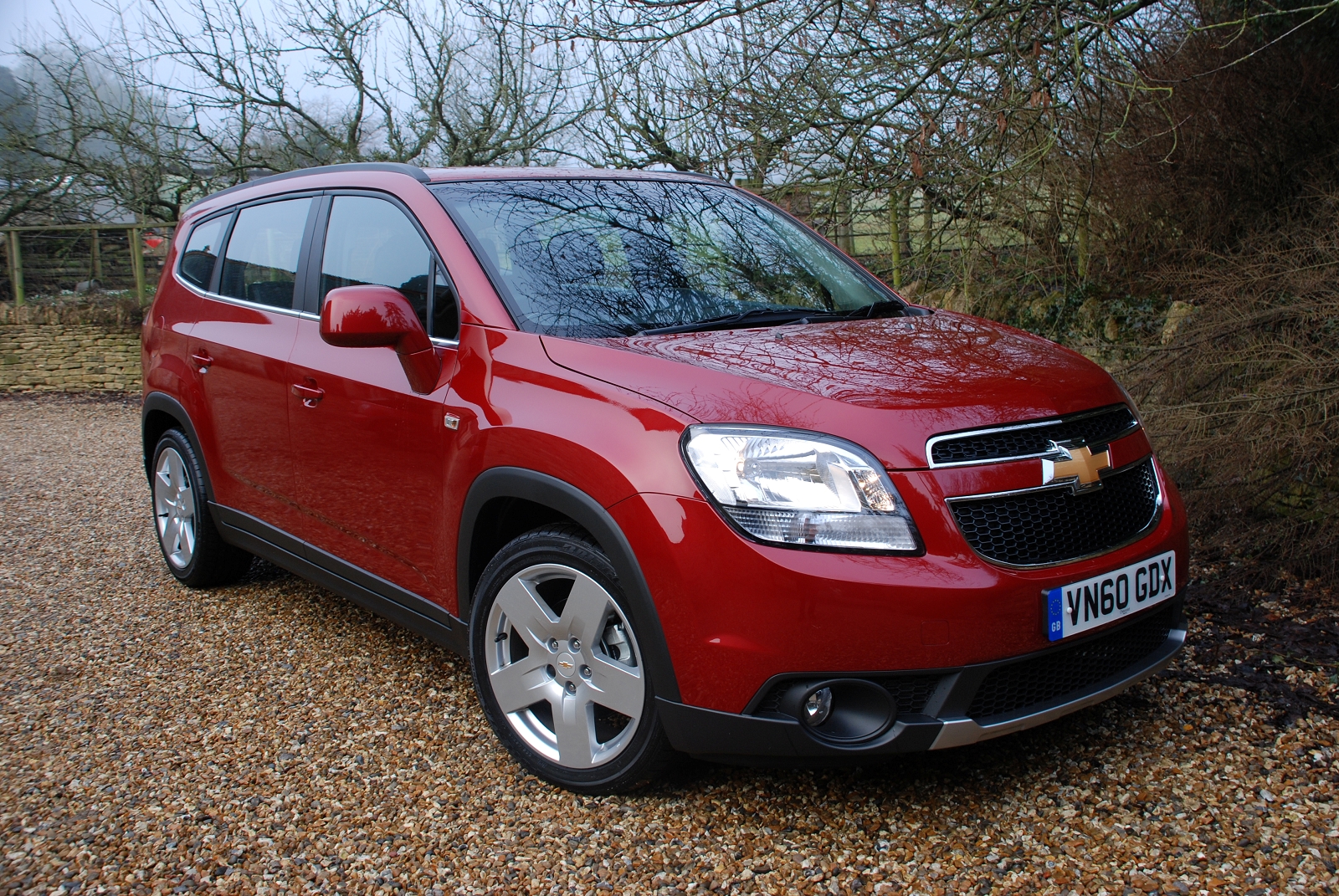 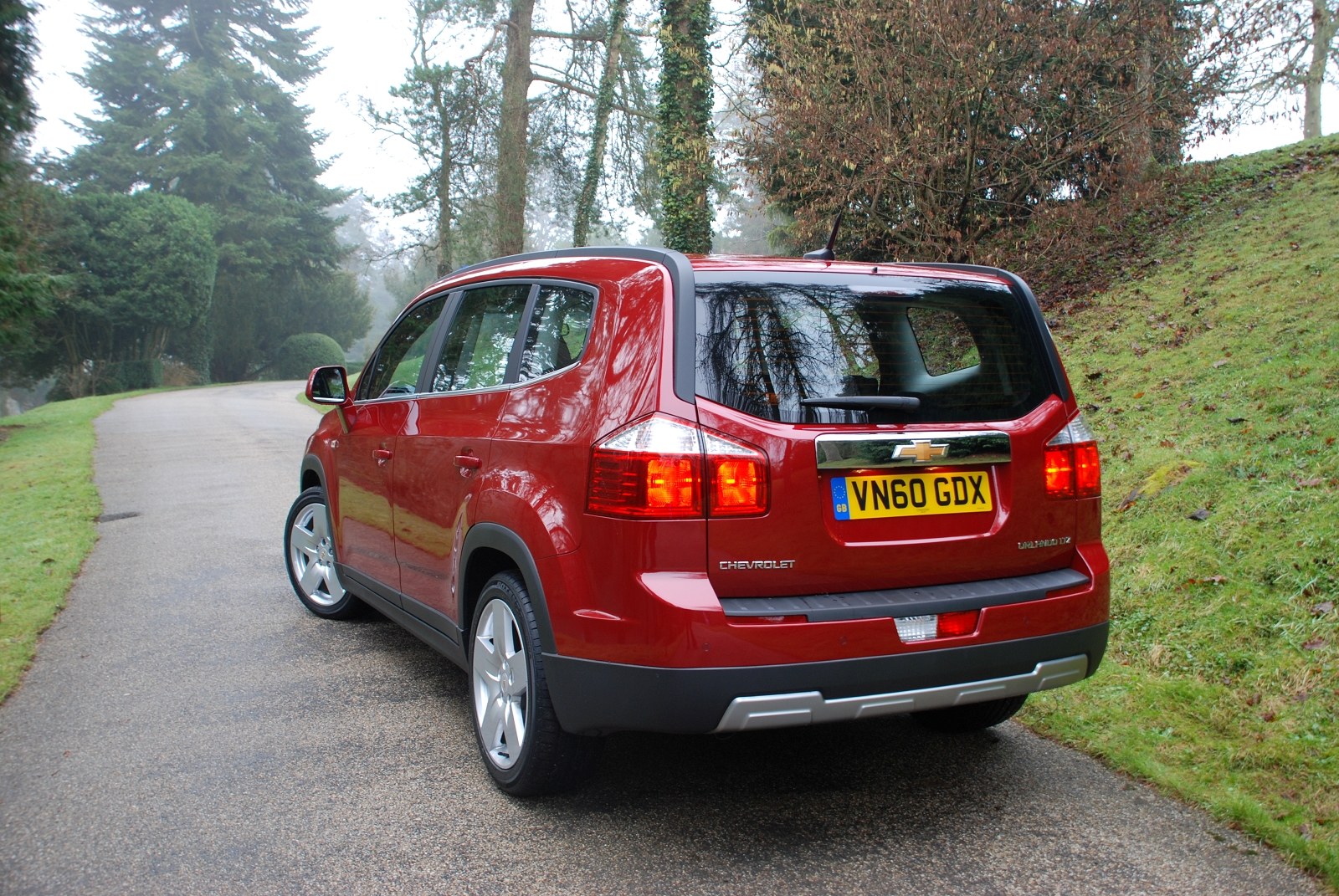 Roof rains bleed over to flank the rear screen 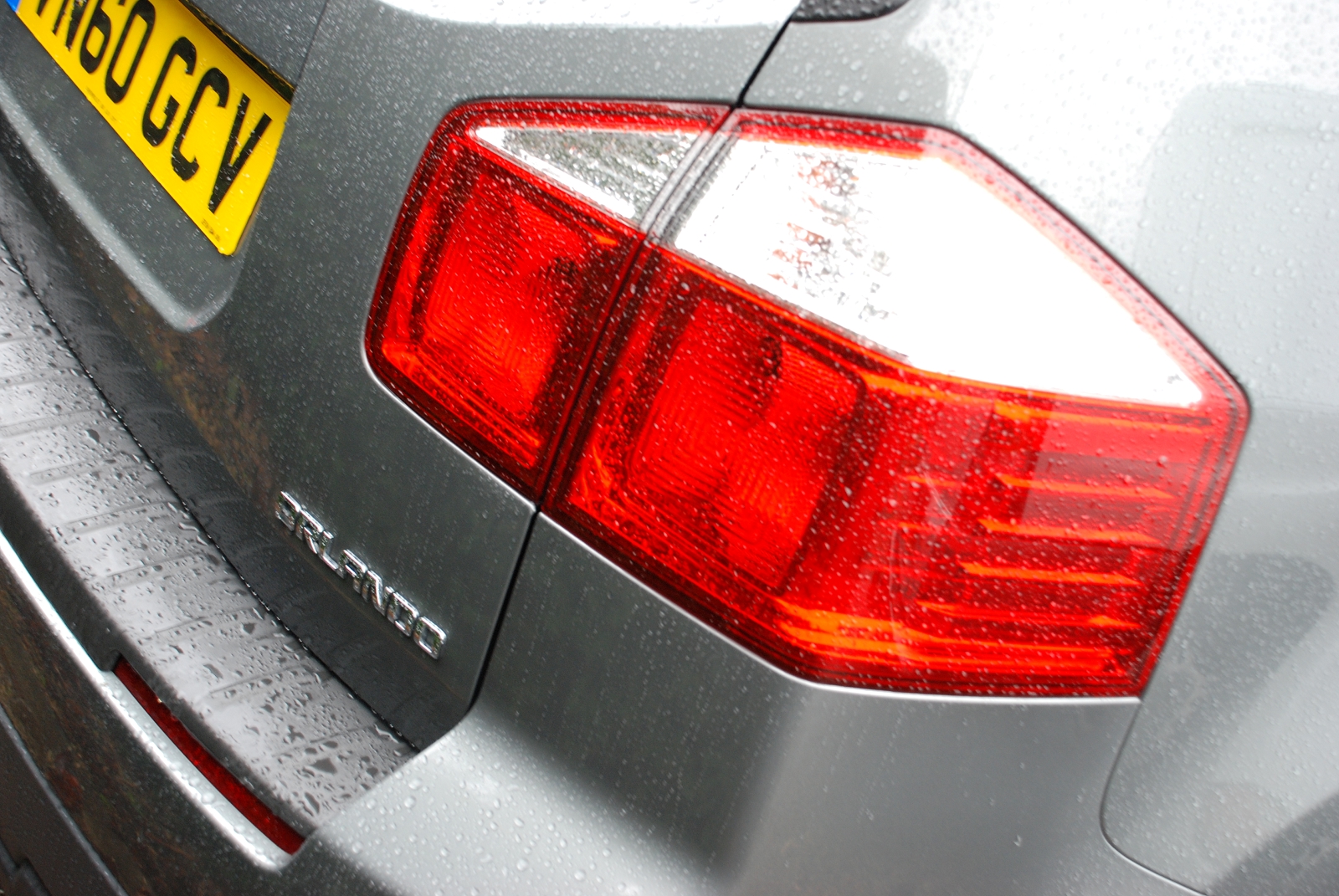 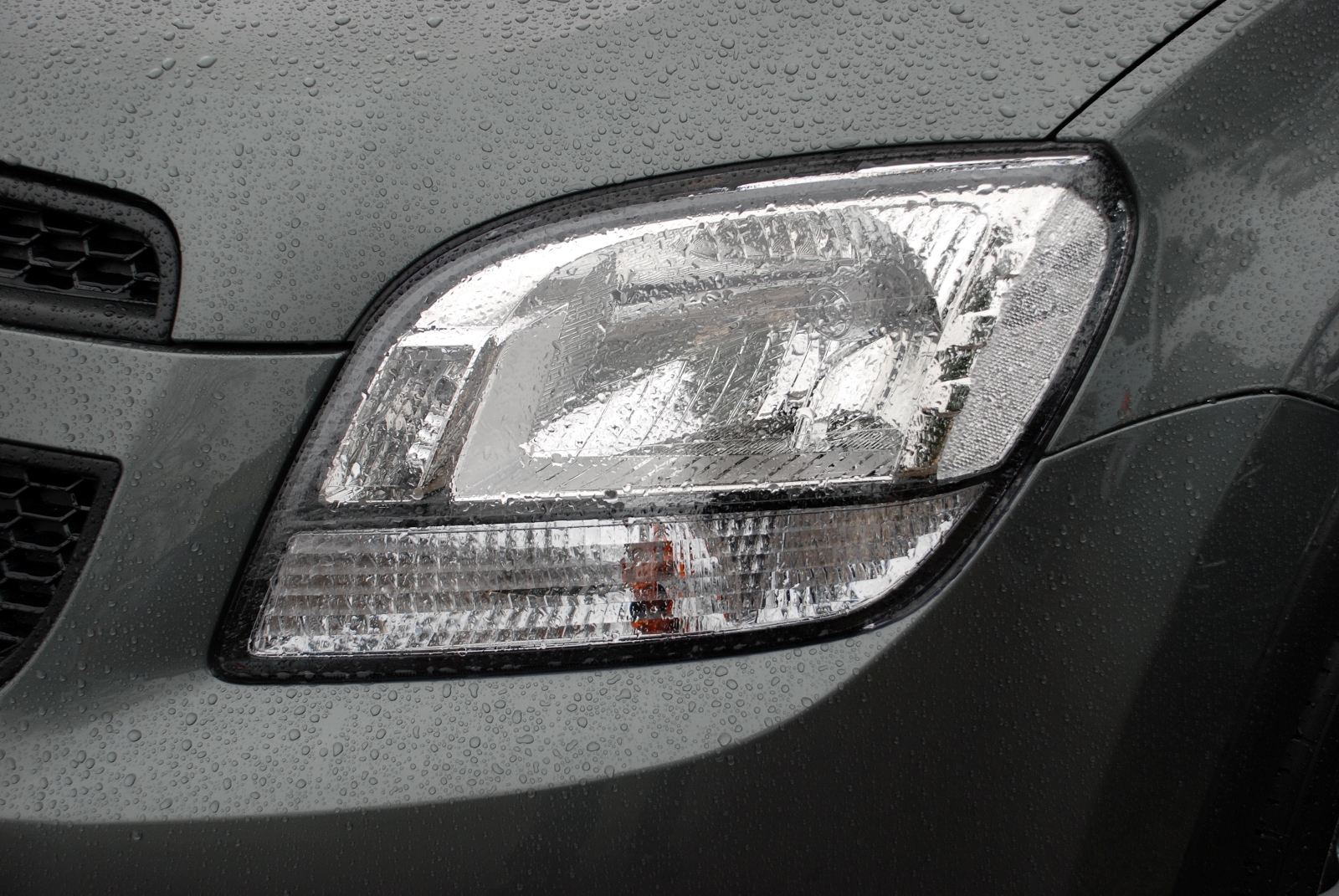 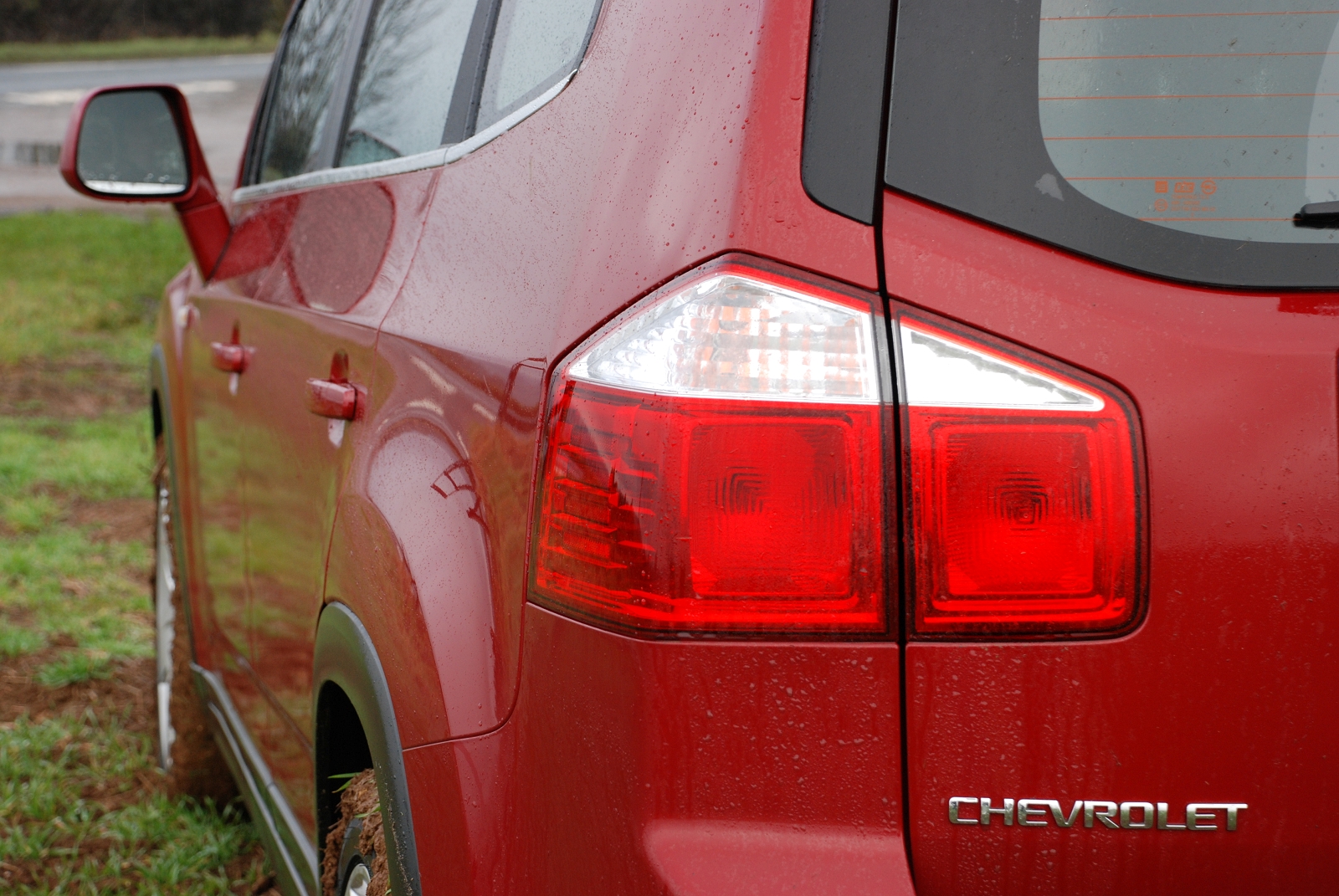 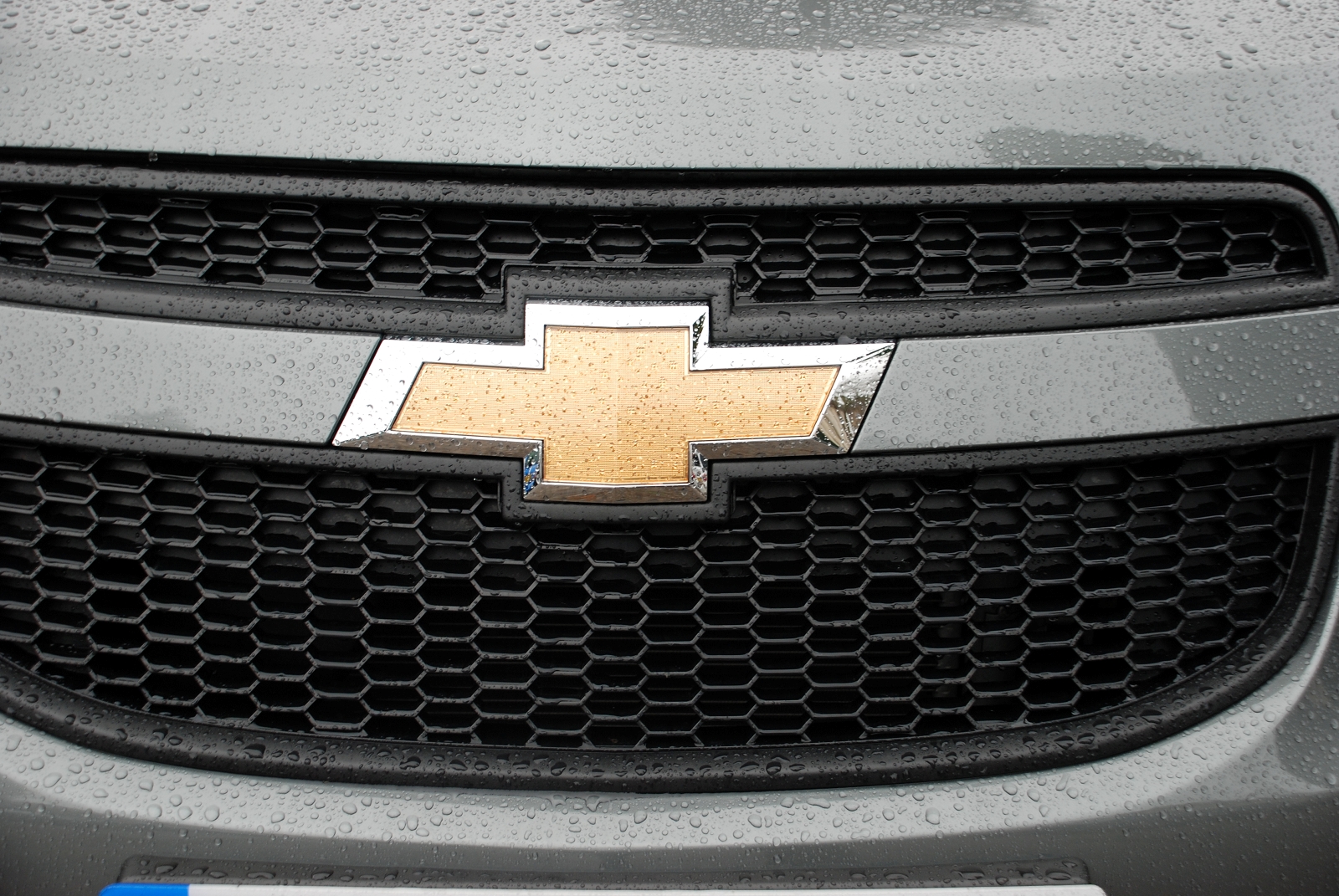 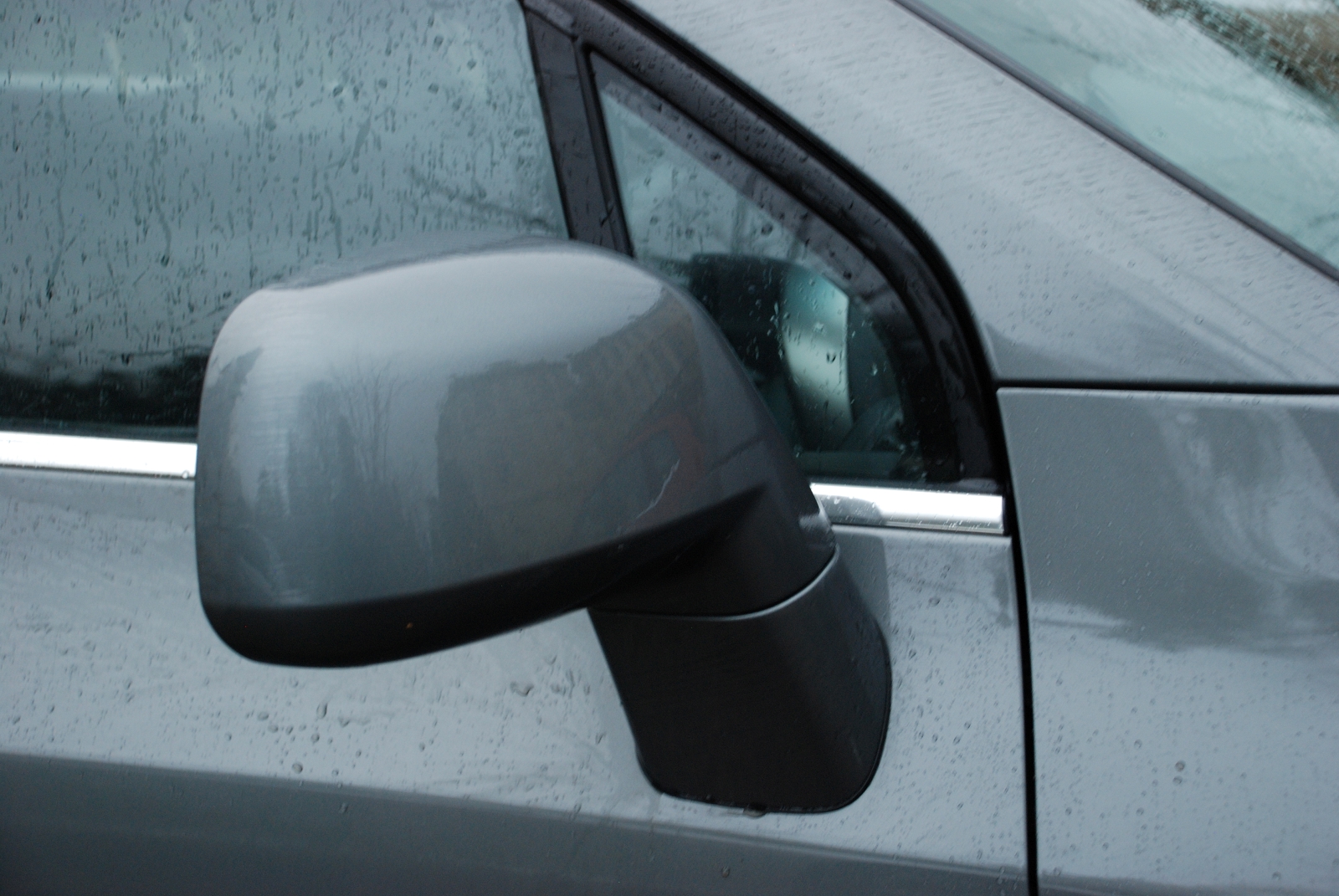 the Chevrolet logo is large and prominent (left), as are wing mirrors (right) 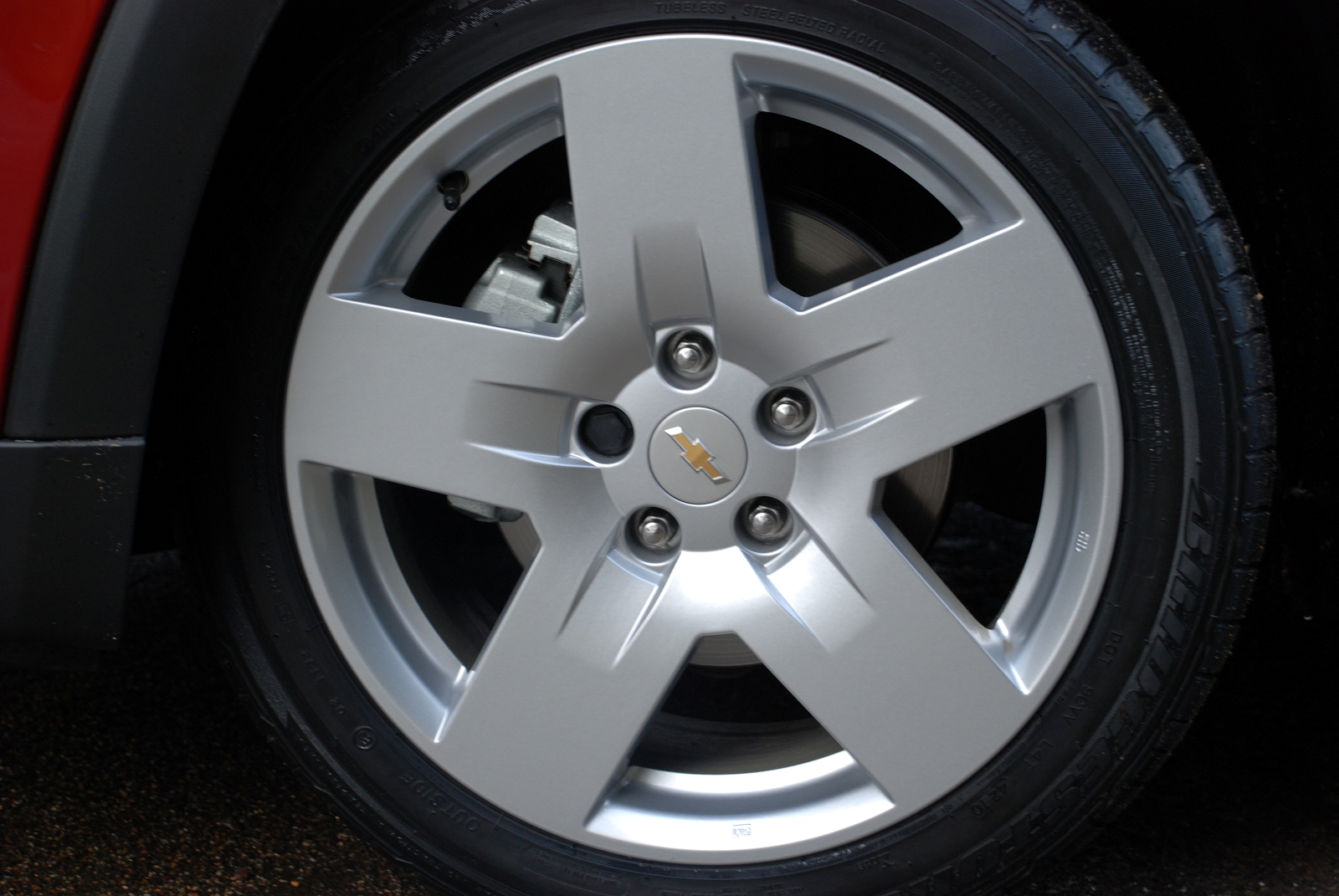 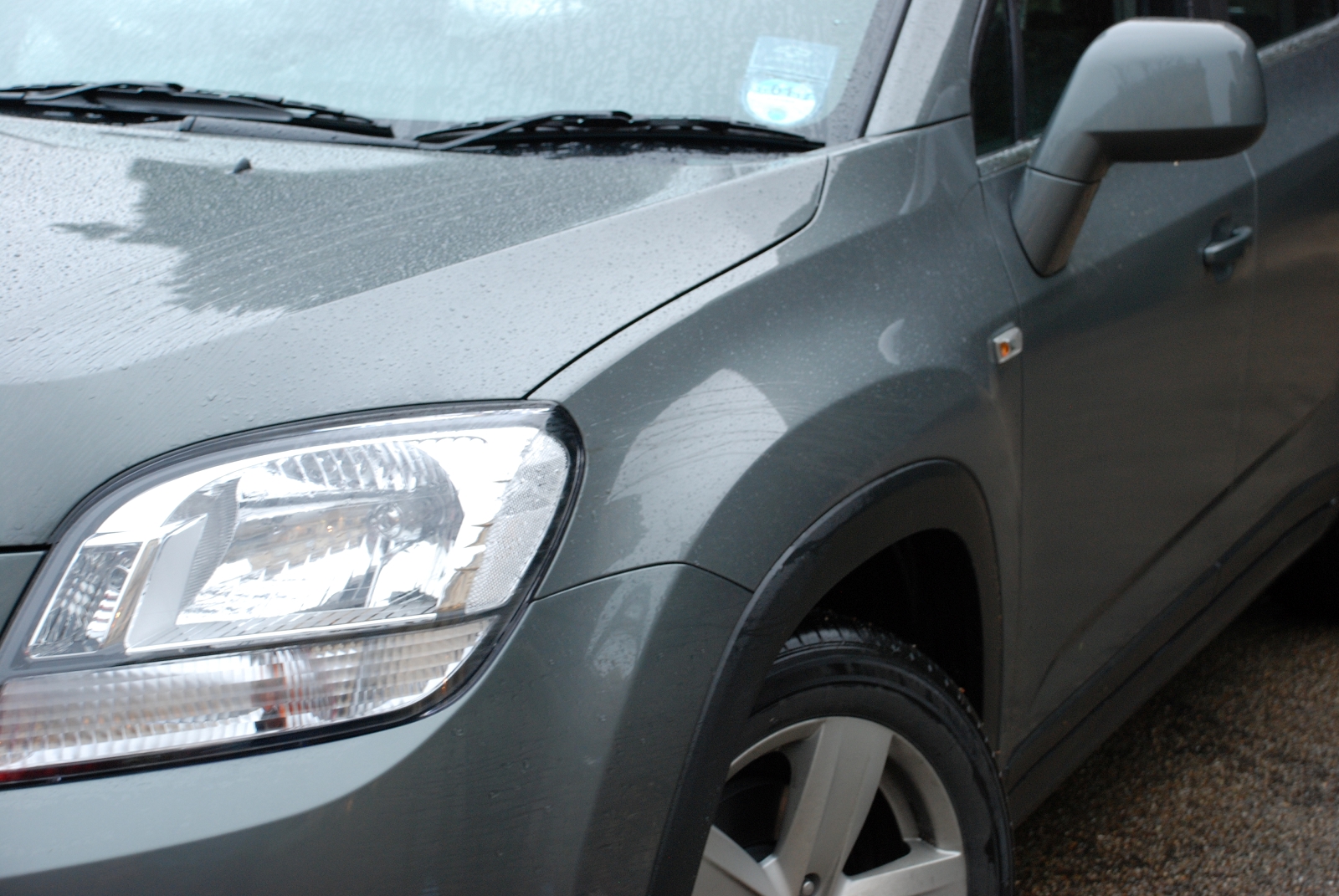 Chevrolet recently launched the new Orlando crossover in the UK market. The seven passenger vehicle - which eschews a conventional monovolume MPV package in favor of a more bulky, upright one that aims to fill the same need - will be sold in the North American market as well as in Europe.

Cloaked in crossover skin, the Orlando is not to be taken lightly. It's one of the more significant cars for GM's Chevrolet brand in the European market. 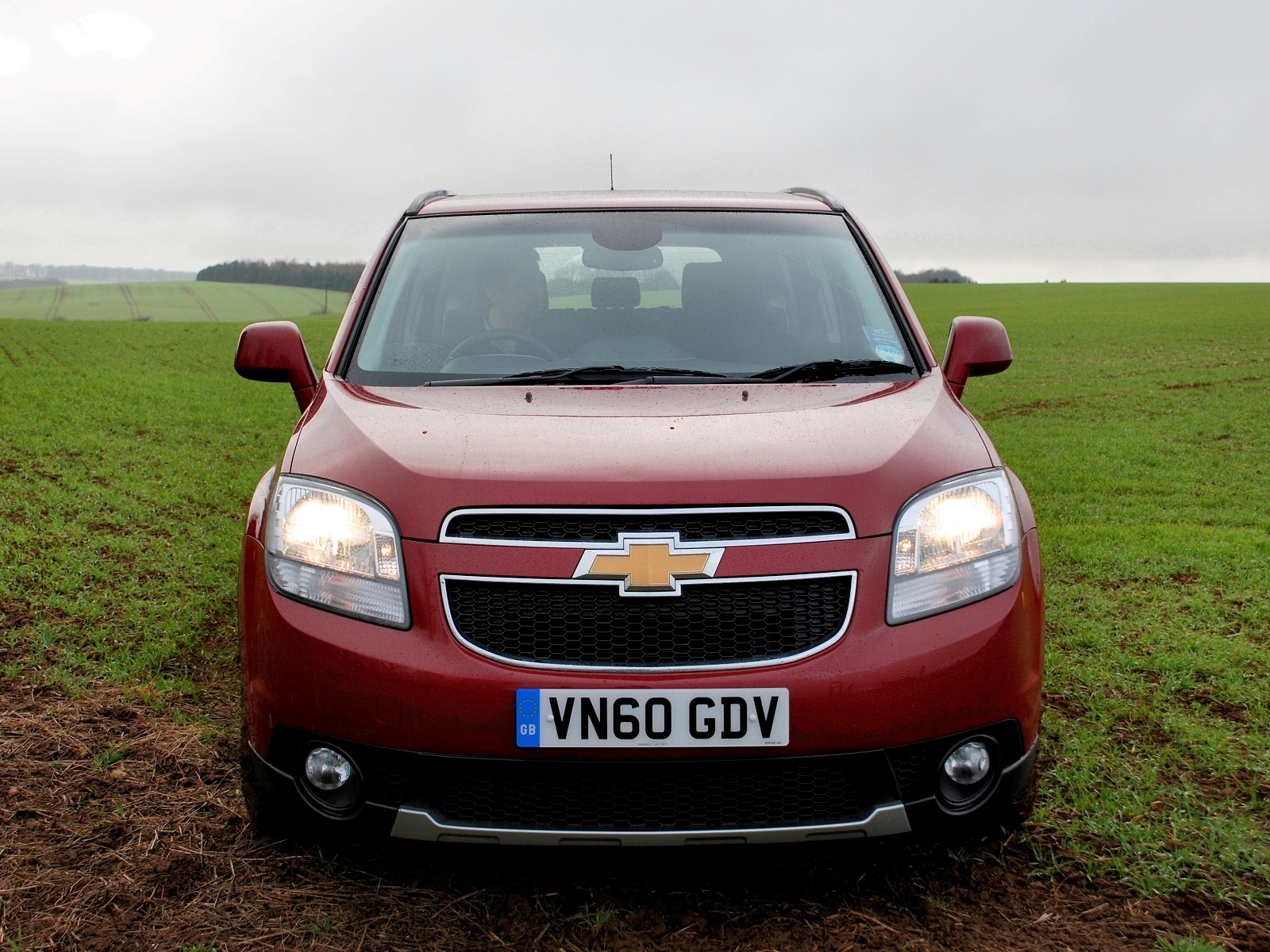 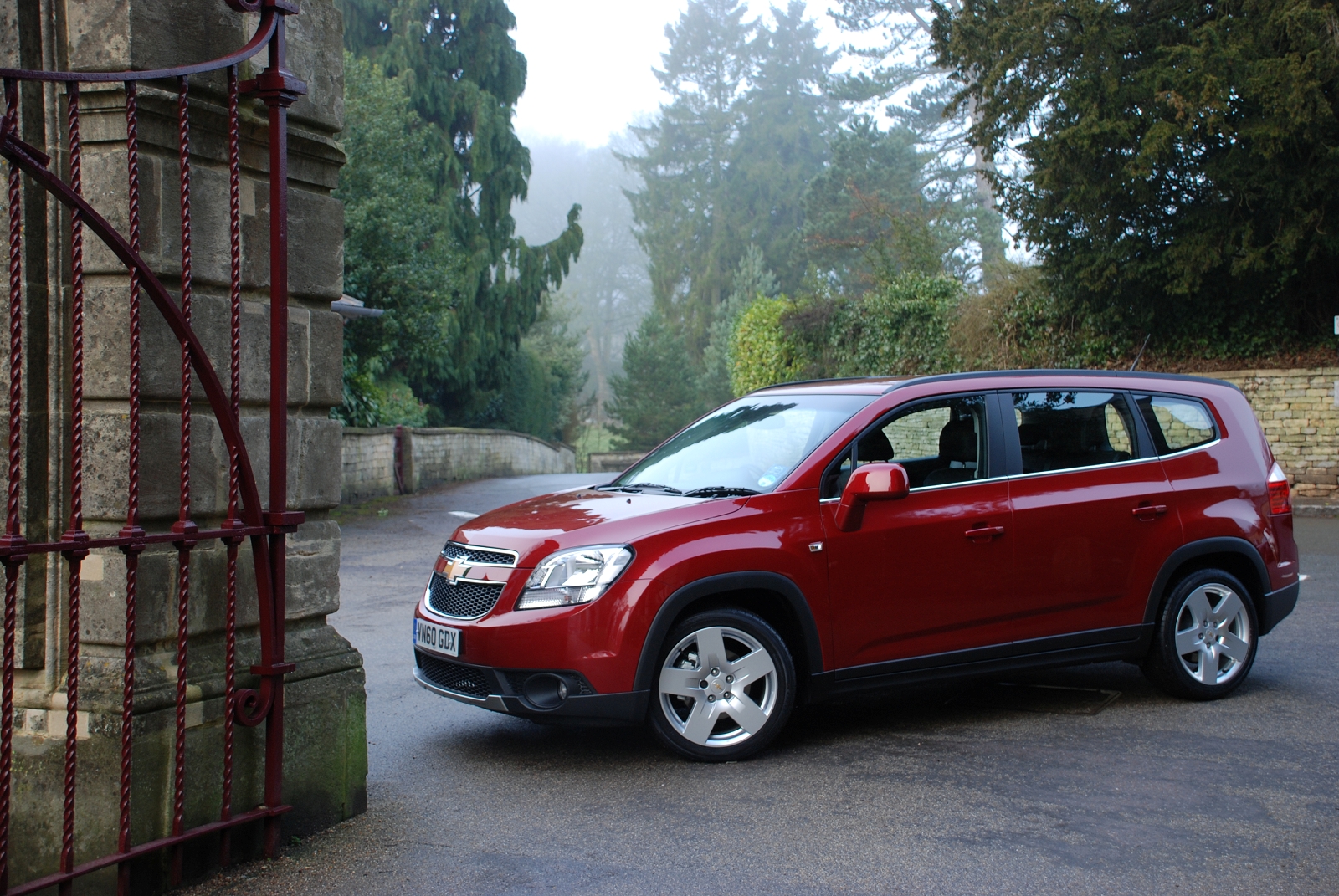 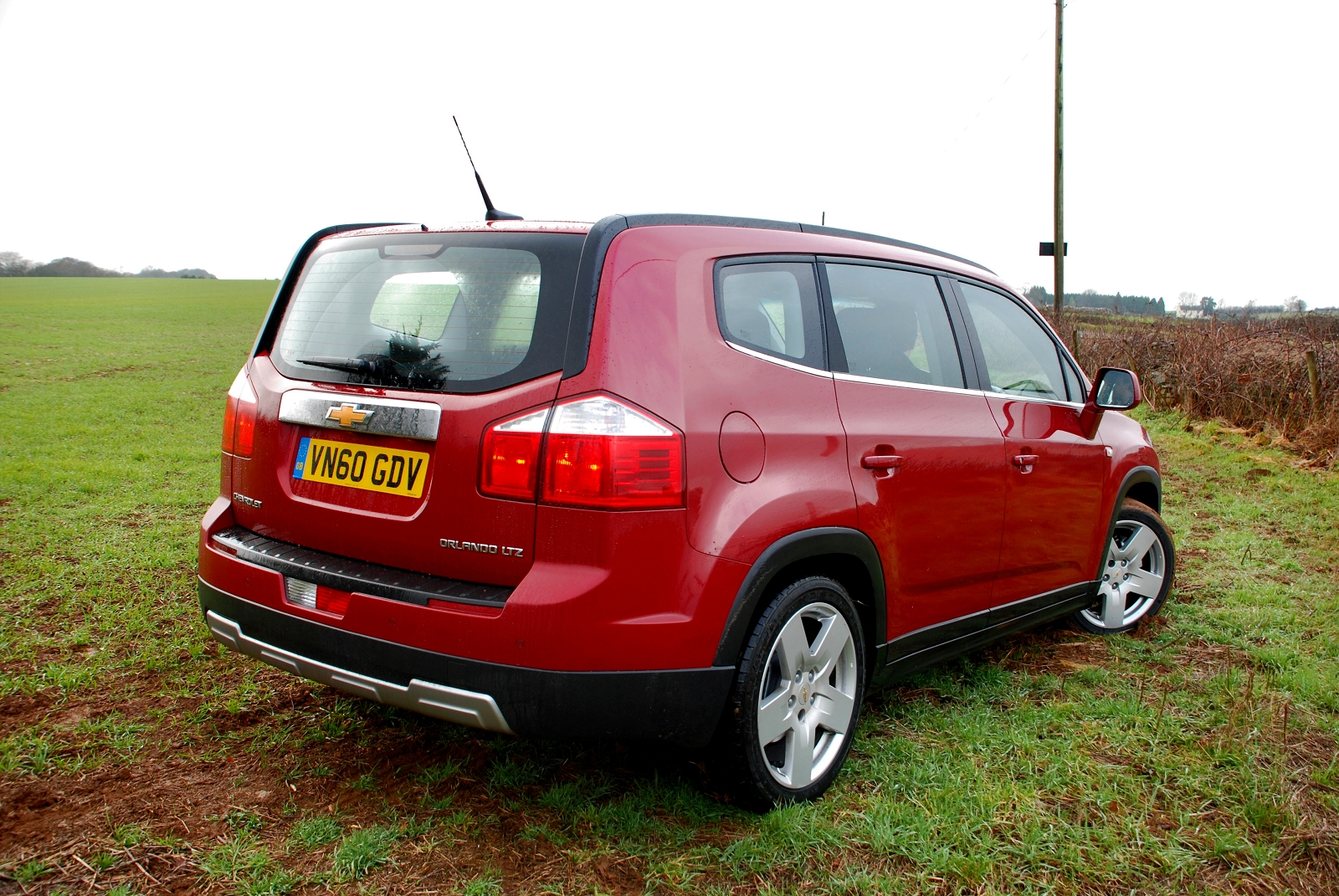 Its architecture is based on the Cruze sedan 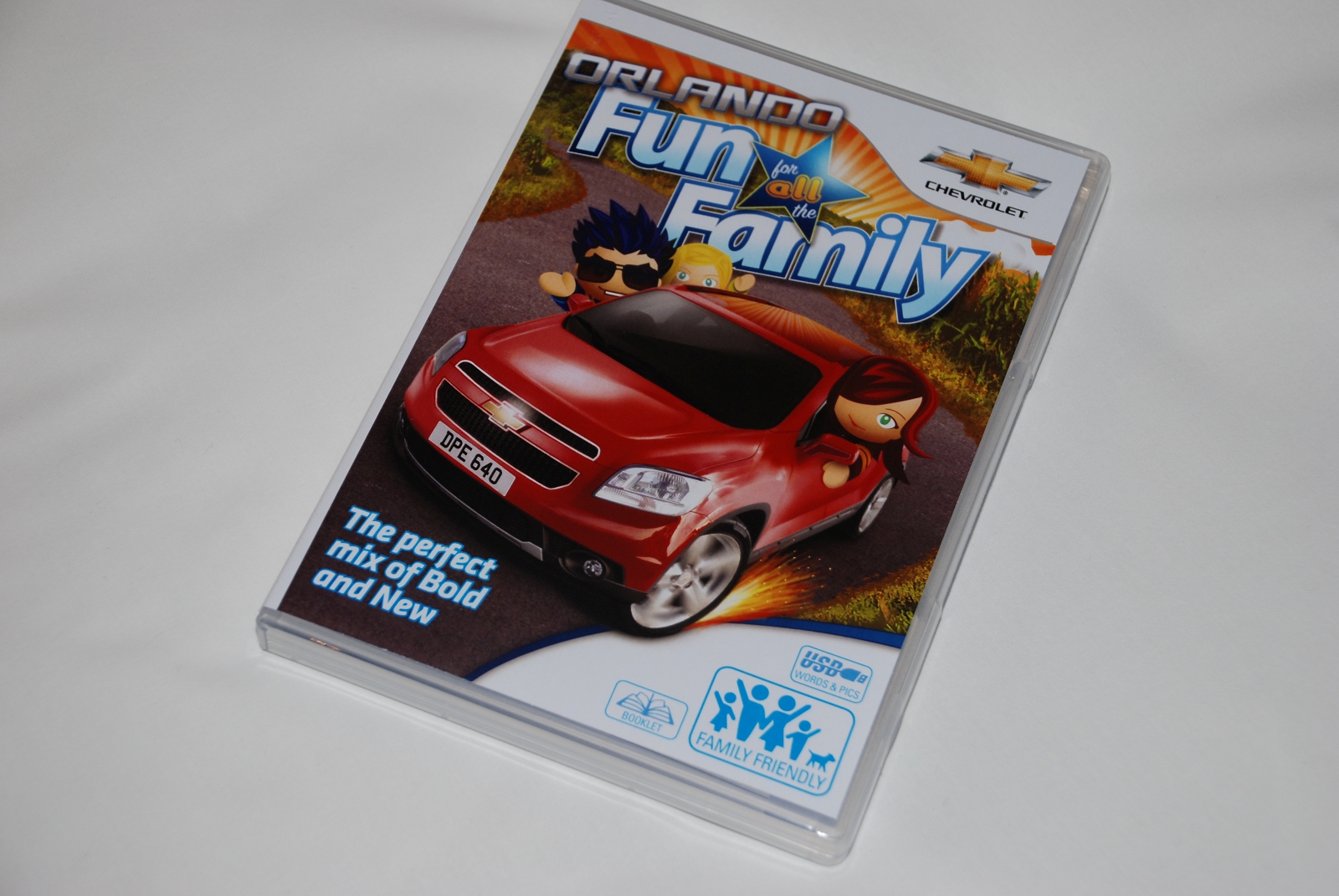 Chevrolet Orlando's press kit proclaims 'Fun for all the Family' 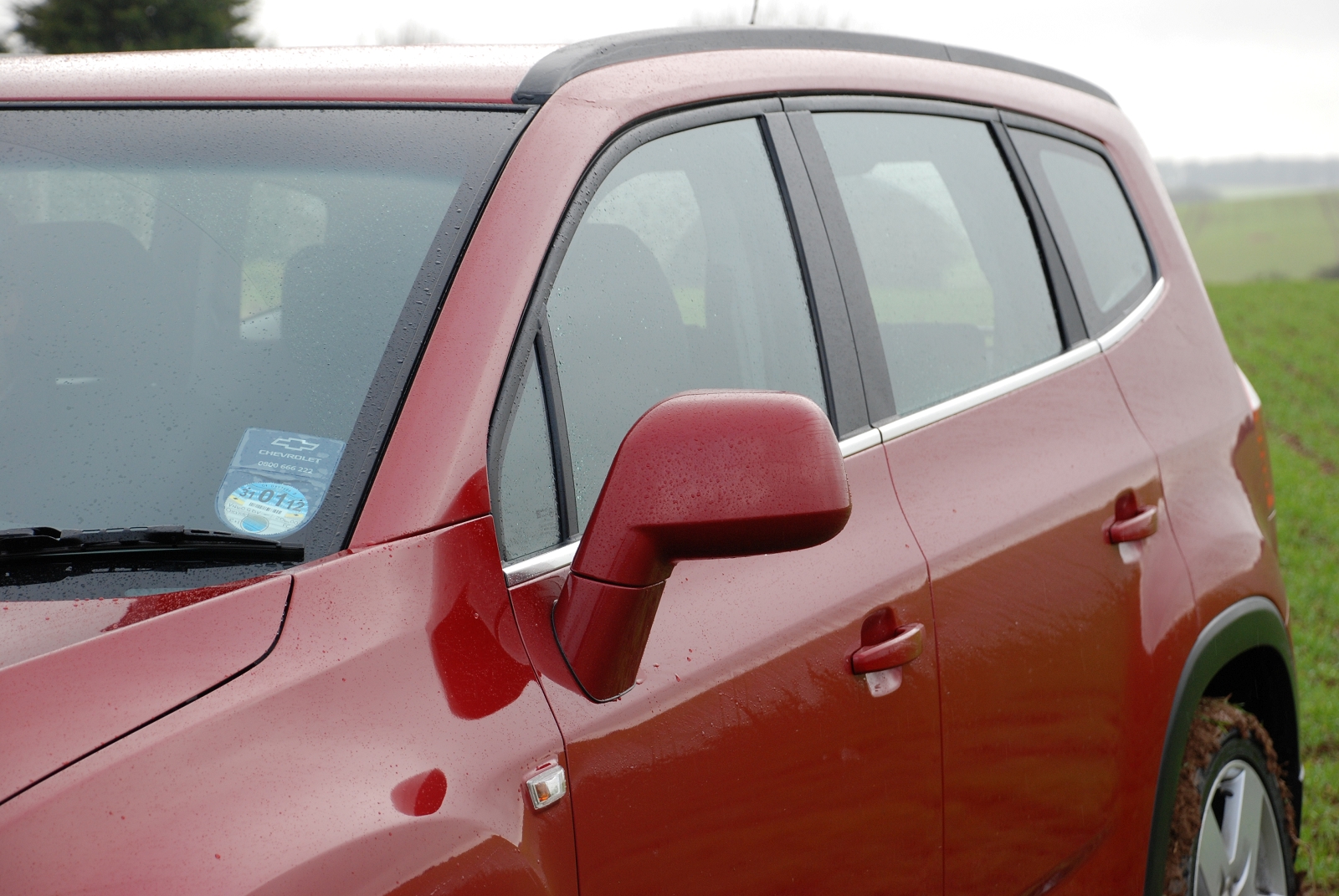 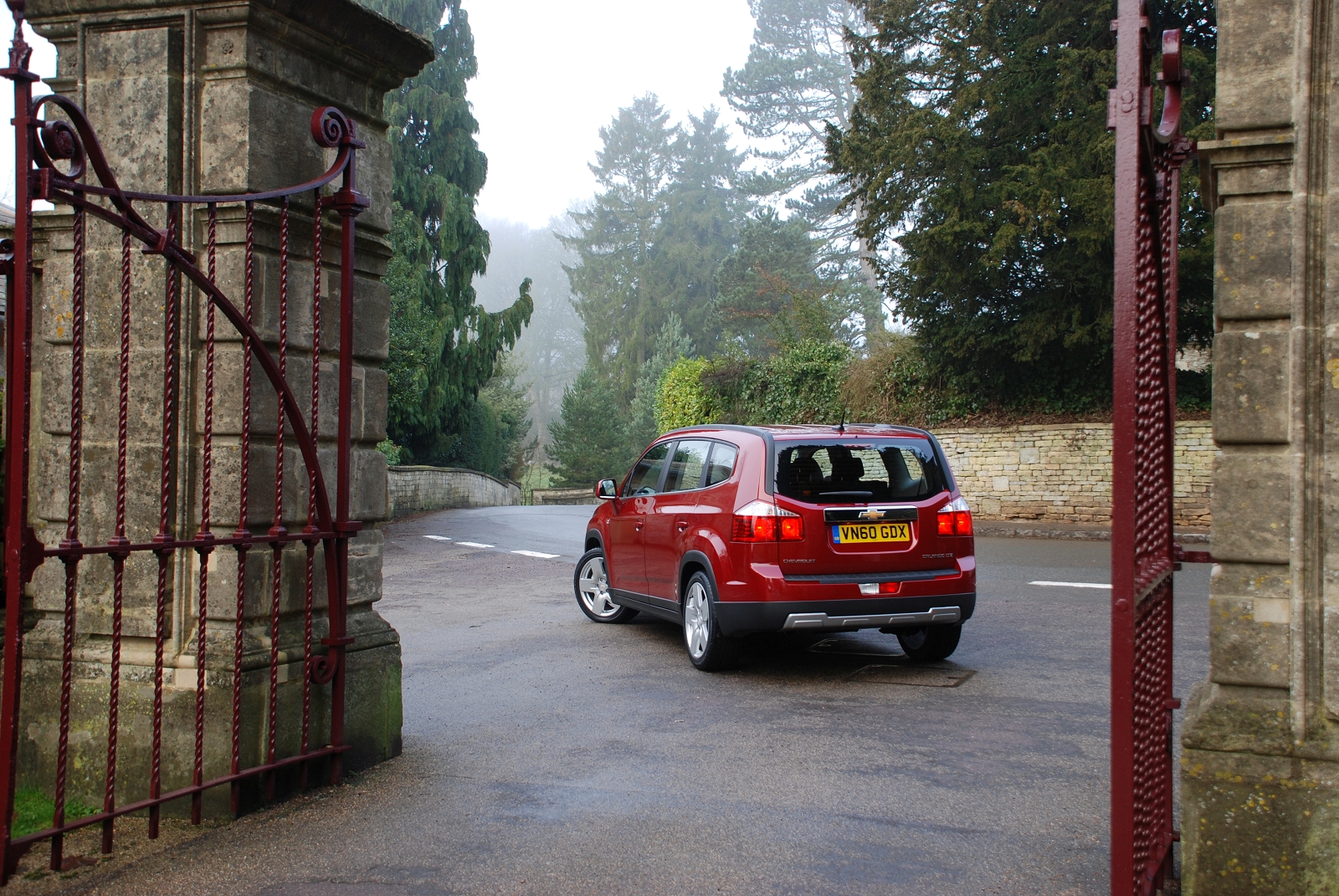 The model is the first seven passenger compact SUV/MPV crossover from a brand which has struggled to make in-roads into the established European market after selling rebadged Daewoos for over half a decade. While contenders from Korean automakers have upped the stakes in recent times - both with their class leading warranties and design quality - claiming territory (and sales) is an increasingly uphill battle.

To put this in context, Korean automaker Daewoo began selling previous generation GM products on the European market in 1995. Badged Daewoo, the cars were recognised as outdated, but sold thanks to some clever marketing and an - at the time - highly innovative sales and aftercare package. GM backed the company (though it struggled to make a profit) and continued to do so until Daewoo proclaimed its ambition to become the largest automaker in the world. As GM occupied that position at the time, the company began to withdraw financial support, and Daewoo eventually ceased operations in Europe. Seeing the opportunity, GM bought up the remaining shares and began selling the same products, but this time with Chevrolet bowties affixed to the grilles and decklids. These badge-engineered vehicles struggled to gain a foothold in the European market.

Enter 2009 and GM lit a fire under the Chevrolet brand in Europe, launching the Captiva SUV. This was the start of a new, revitalized Chevrolet novel, of which the new Orlando is the second chapter. It's interesting that Chevrolet has chosen to name the new vehicle 'Orlando', the name synonymous with the US city that Disneyworld calls home. With its tag-line 'Fun for all the family', the Orlando will effectively replace the MPV in many households, offering a more SUV-like crossover to fill the space in the garage. But is it more visually entertaining?

Based on the Cruze compact sedan, the Orlando was designed under the direction of Tae-Won Kim in GM's Korean design studio and continues Chevrolet's distinctive design language, with strong, 'single-bar' front grille and robust surfacing.

Retaining a close resemblance to the Orlando concept shown at the 2008 Paris motor show, the production car features the same crossover-style design theme with a four-square stance, boxy fender volumes with pronounced wheelarches, and a relatively shallow DLO. There are some subtly attractive elements to this design, such as the gently rising shoulderline and lightcatcher (which breaks up the volume in the flanks) and the roof rail runners, which turn down to form a border around the rear screen.

The distinctive two-box shape will certainly make the Orlando stand out in a world of one-box competitors, yet the overall appearance - while far from being without merit - seems to recall other vehicles on the market from certain angles.

Though the Orlando can be criticized for its apparent lack of excitement, the vehicle's simple aesthetic offers a sophisticated refinement and isn't likely to polarize opinion or put off some buyers, in the manner that a Nissan Juke - for instance - might.