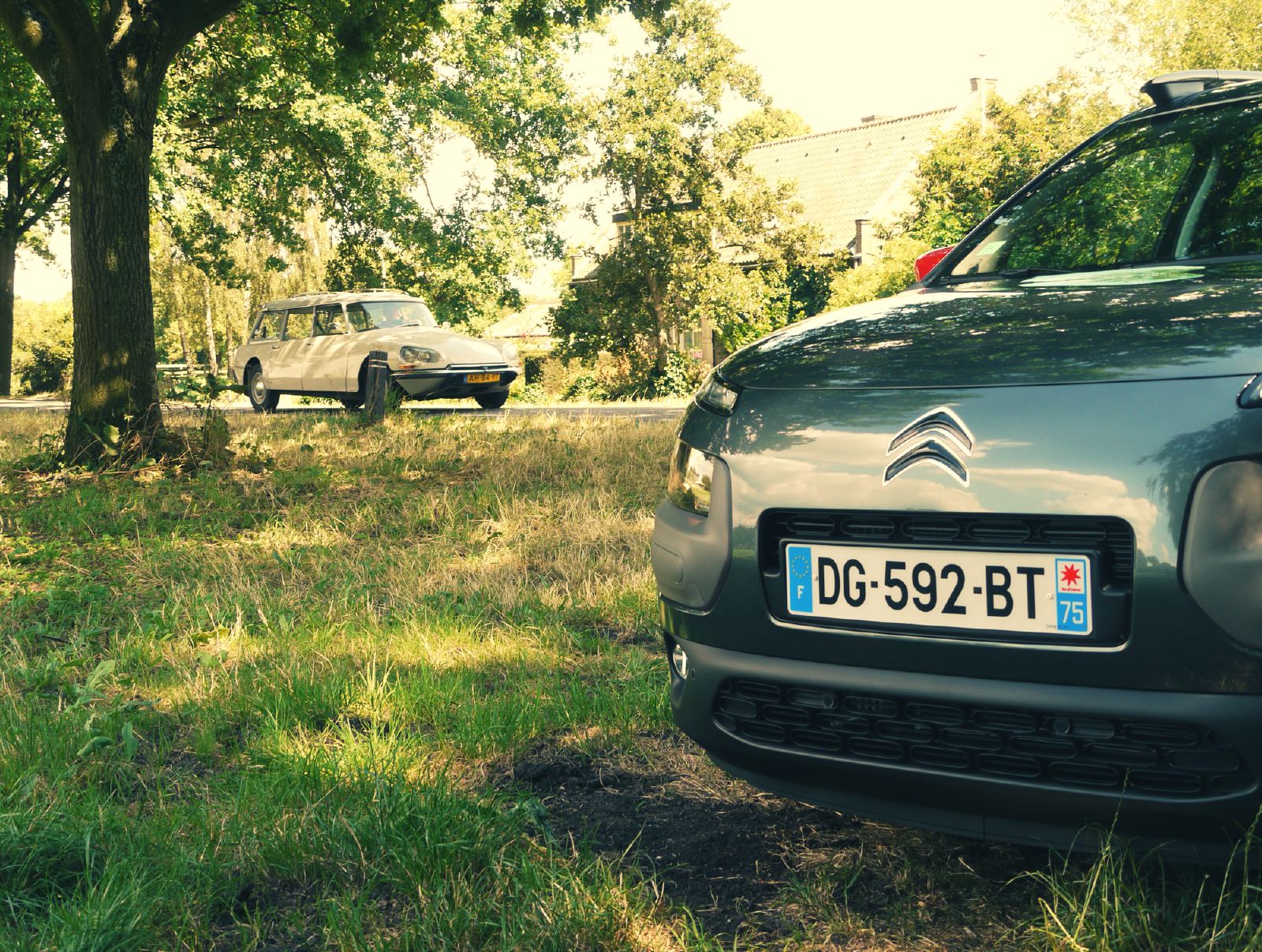 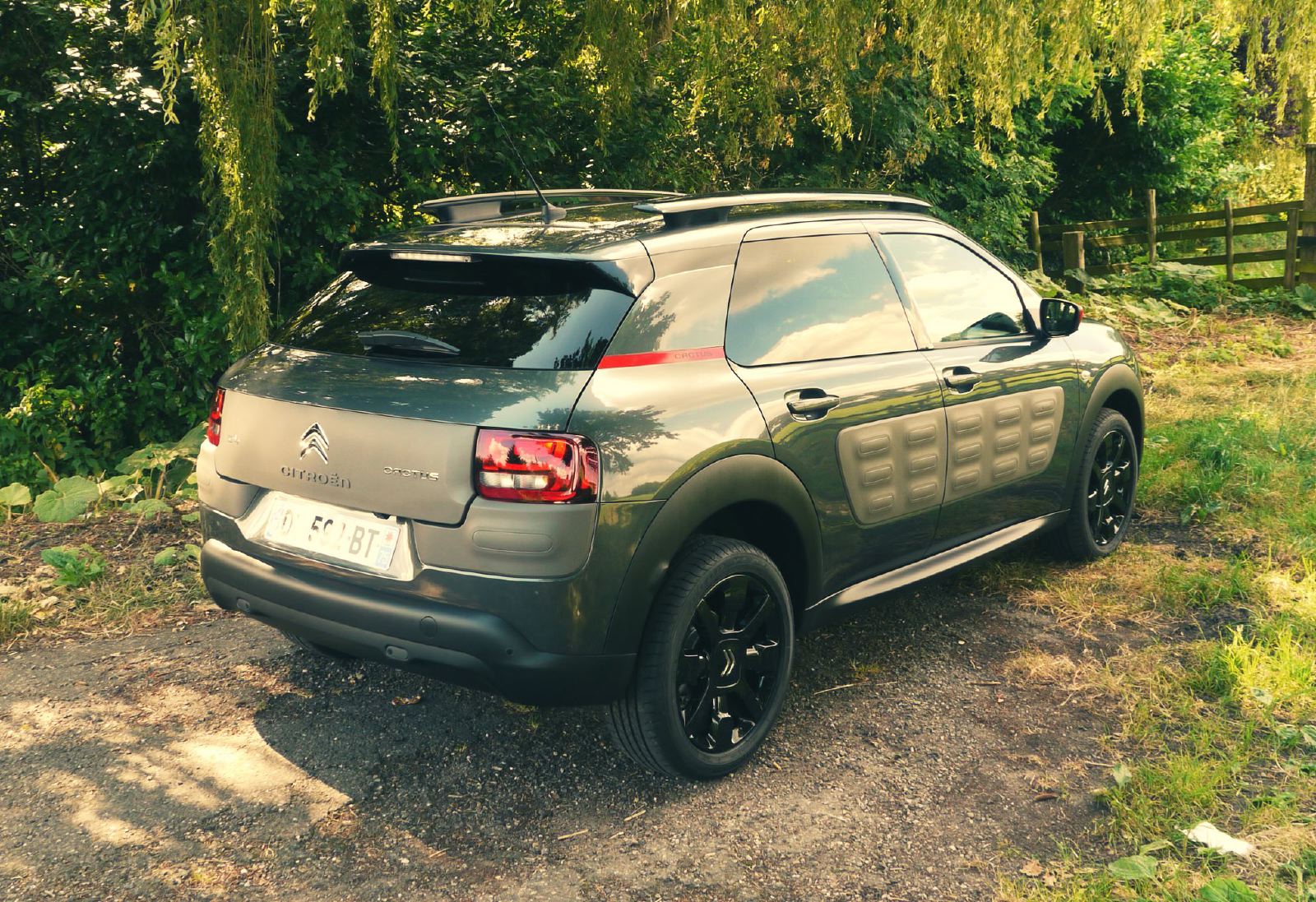 Airbumps are primarily functional, despite their graphic iconography 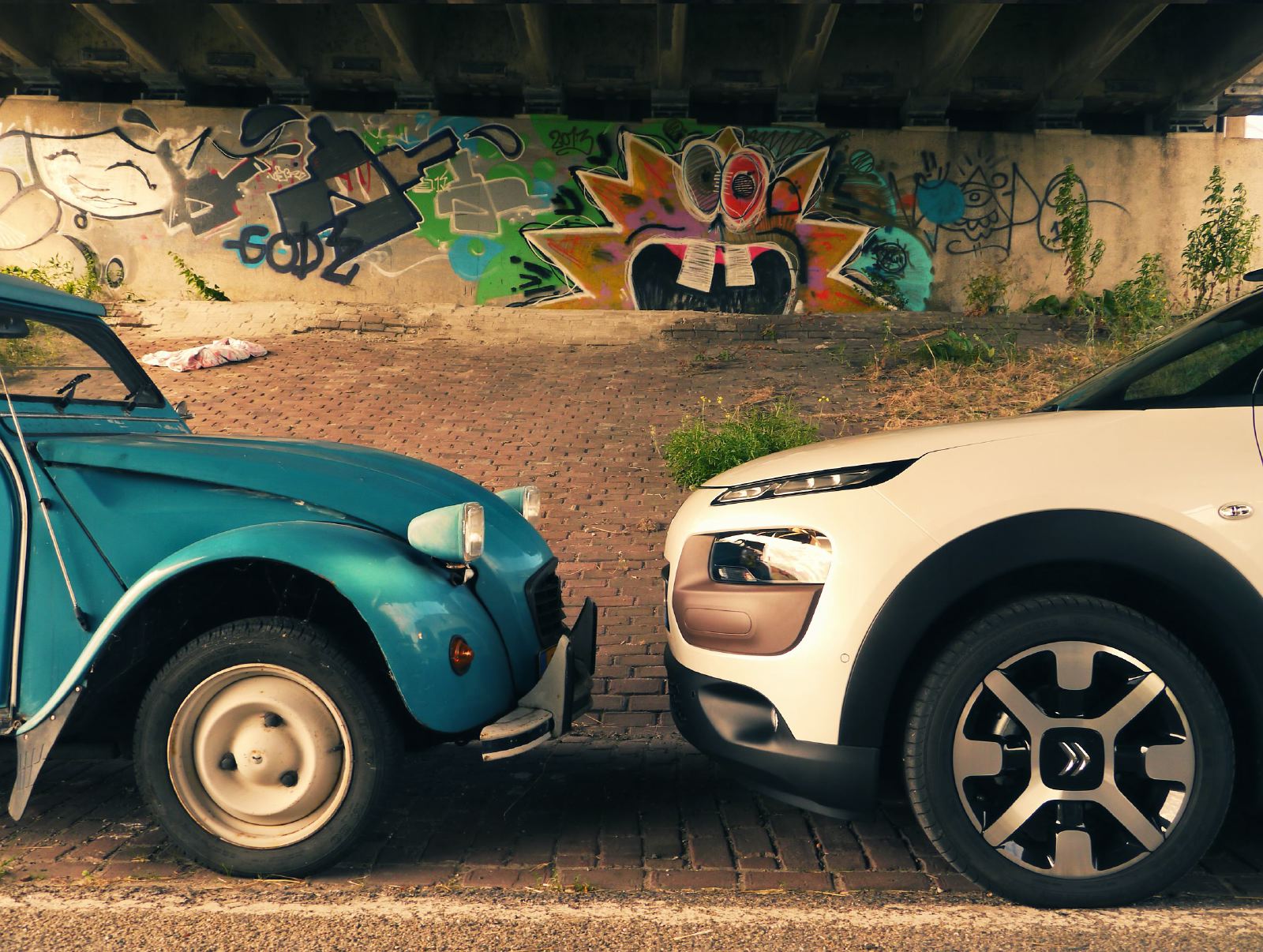 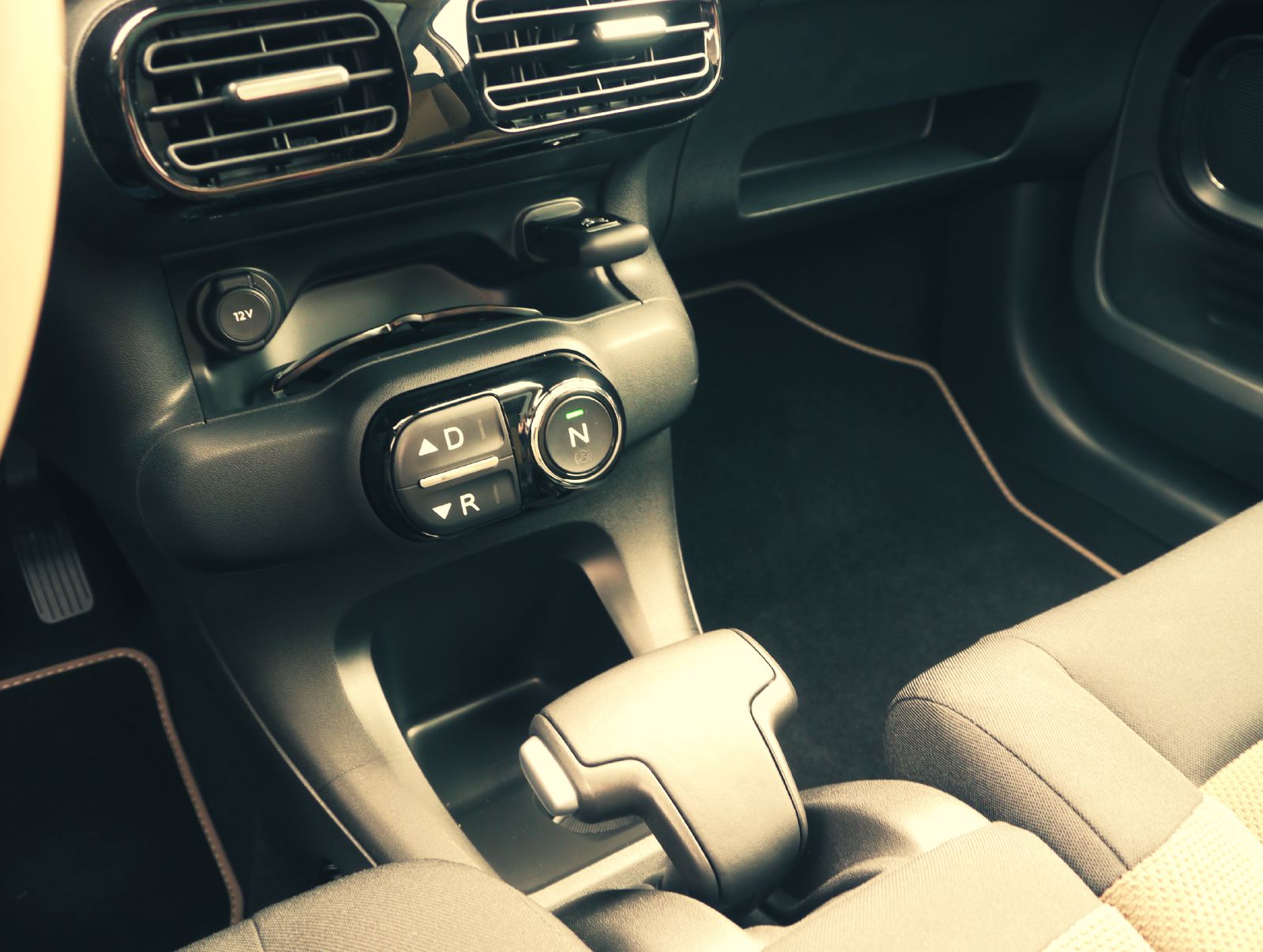 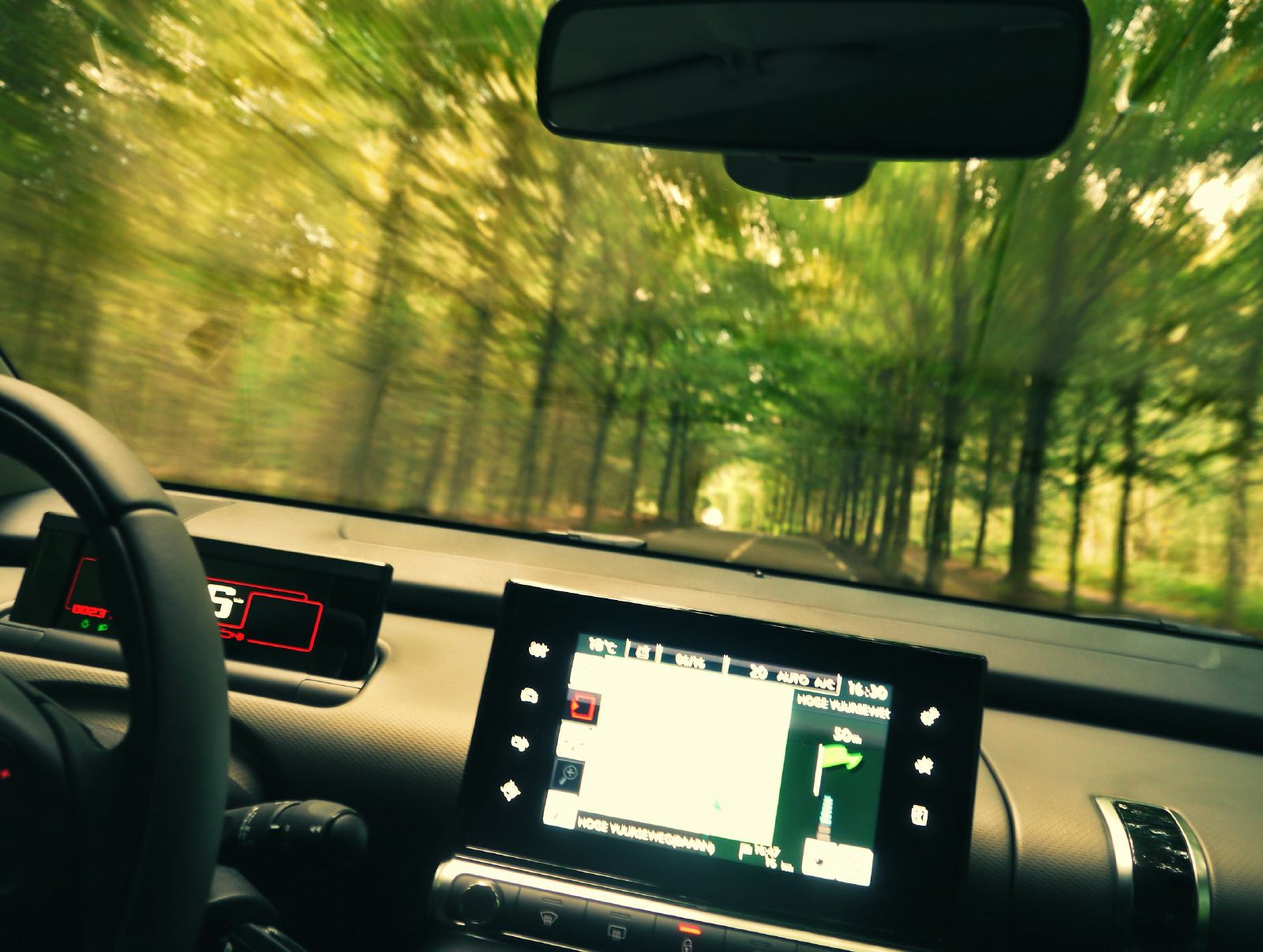 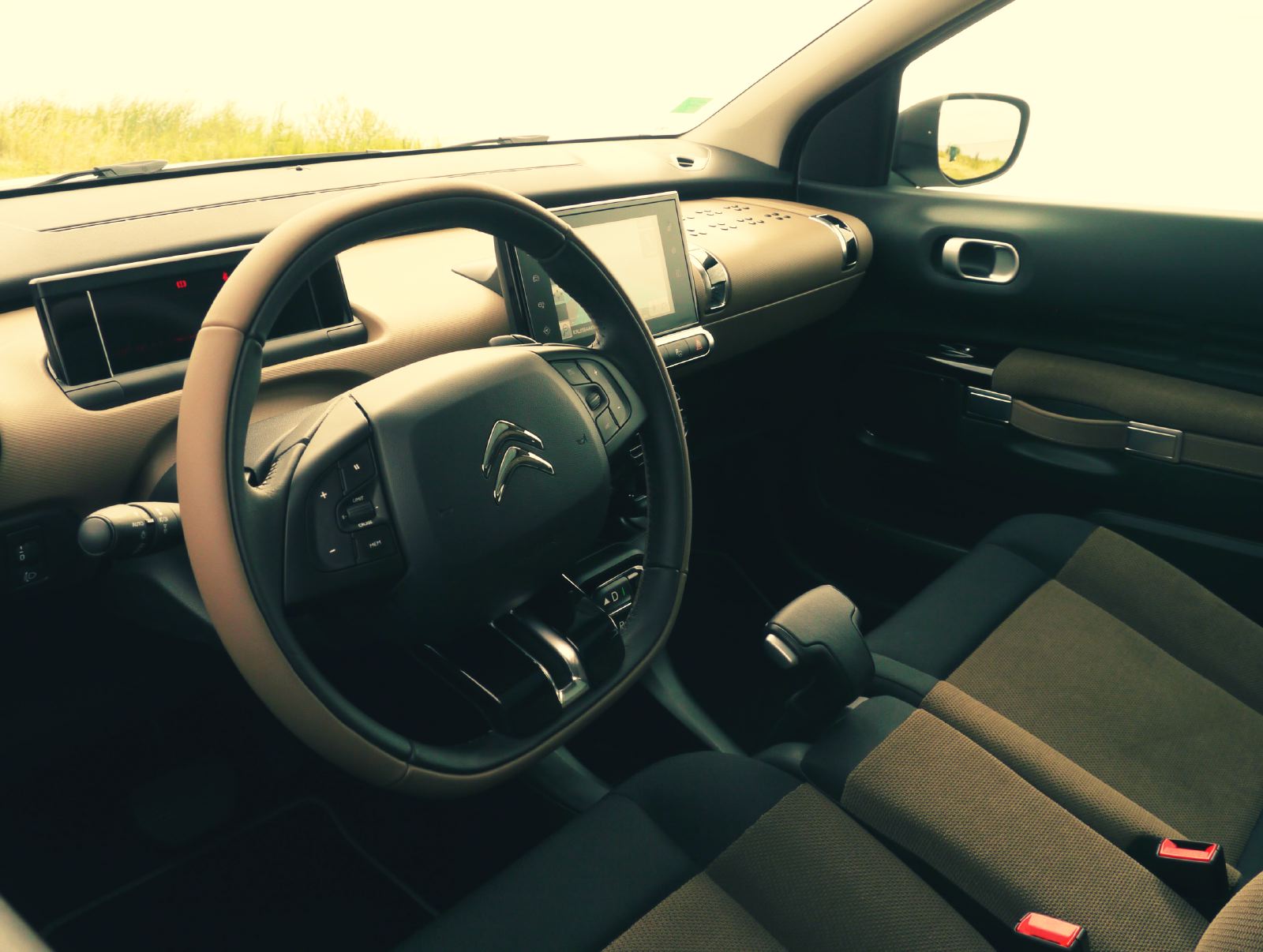 IP is an uncluttered delight, visually 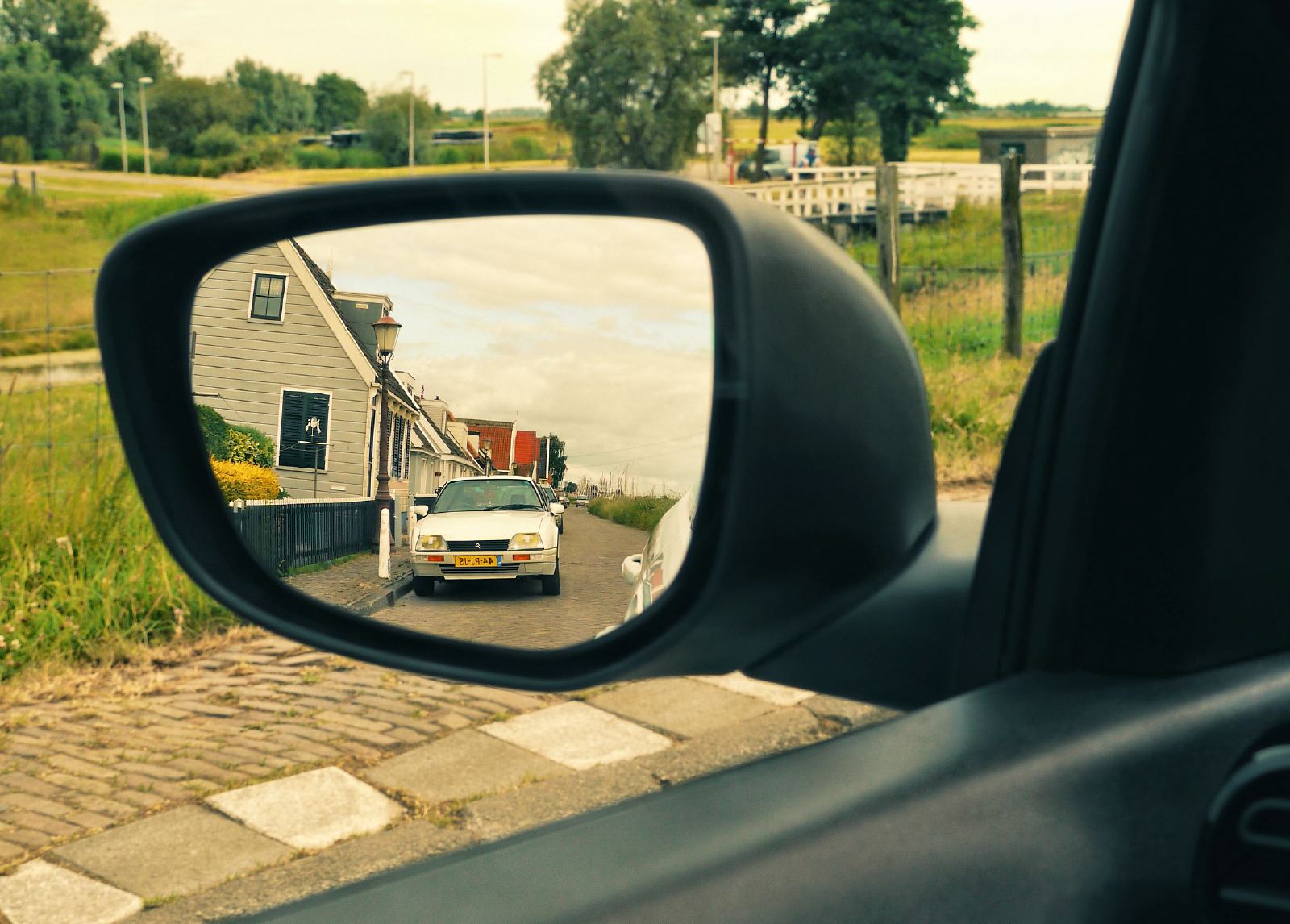 It wasn't our intention to hunt down random old Citroëns in the new C4 Cactus - on our first acquaintance with this new car in Amsterdam, they found us.

The first was a beige 1971 DS Safari. It cruised by as we stopped for a photocall on the outskirts of the Dutch capital. Its driver pressed on its pressure-sensitive brake 'mushroom', flicked its hydraulically-controlled gearbox into reverse and turned back in our direction. 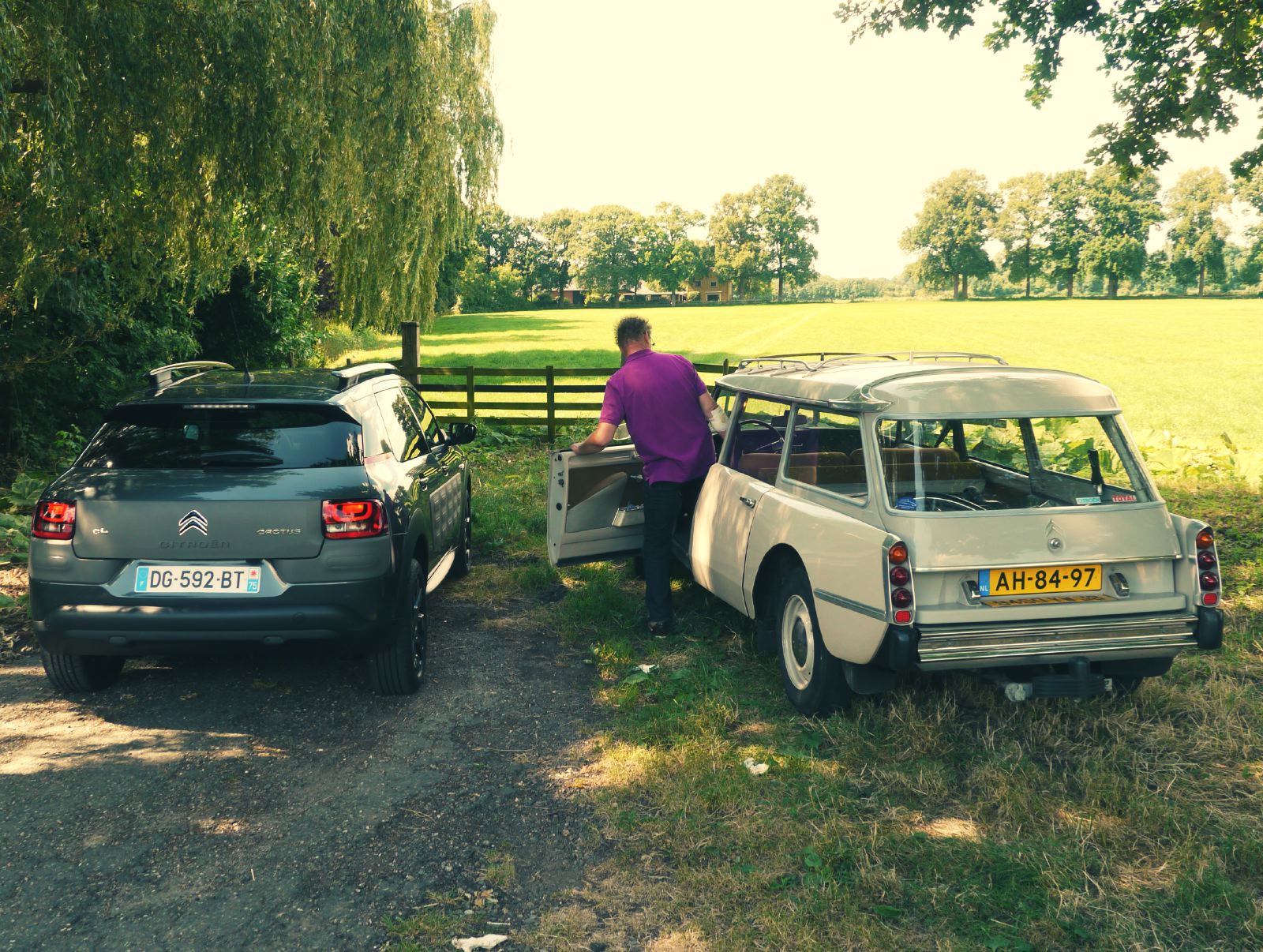 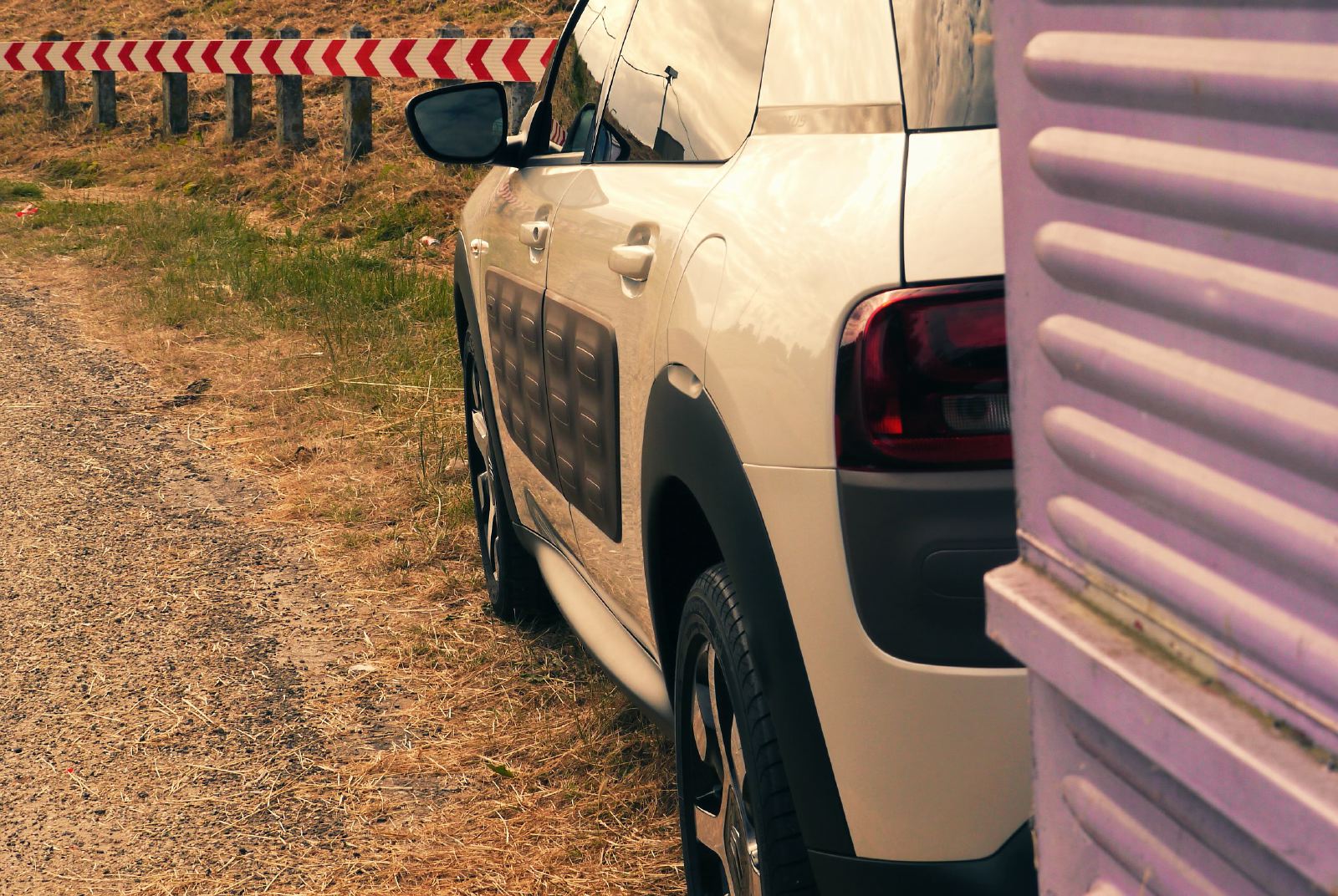 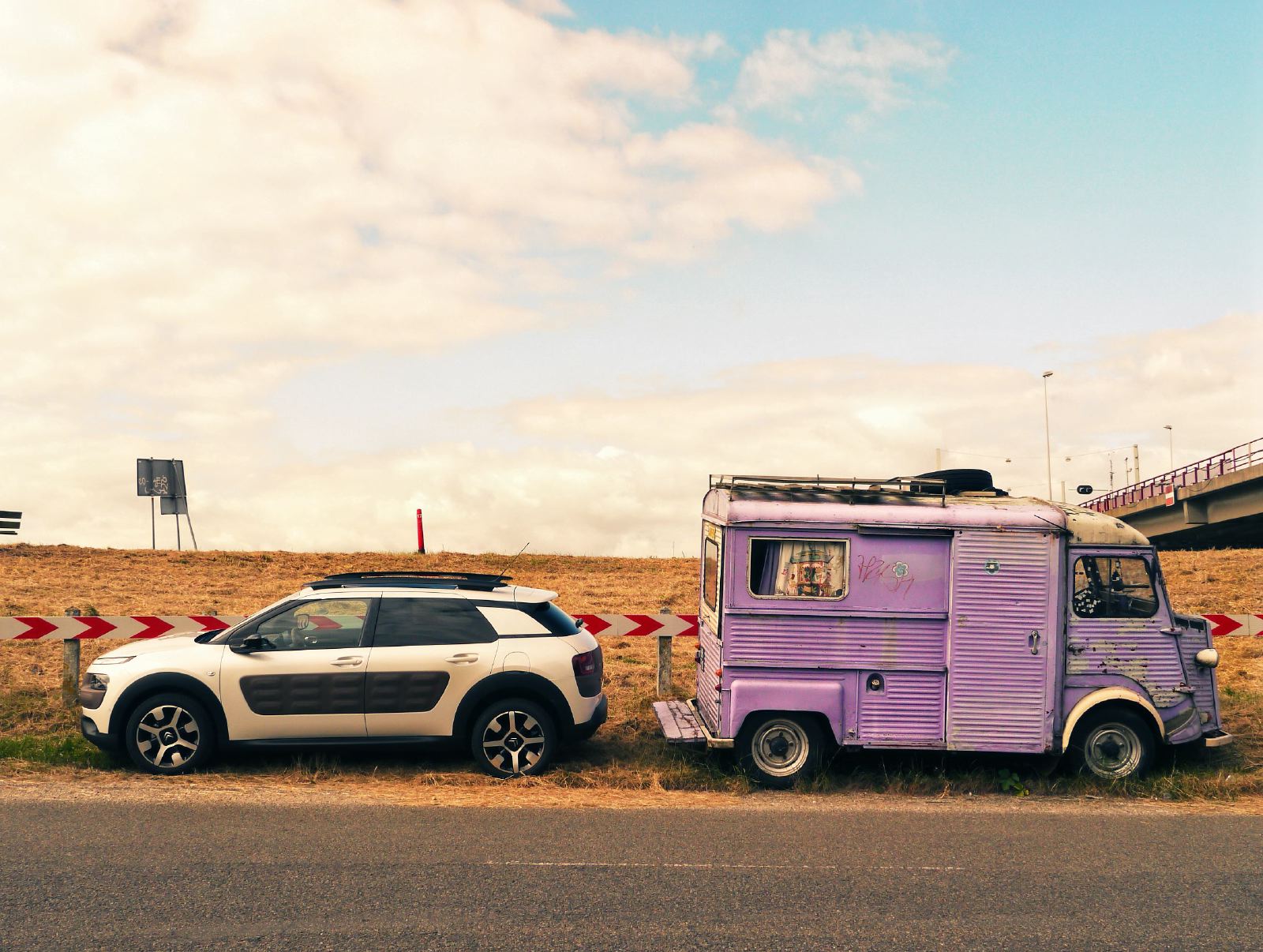 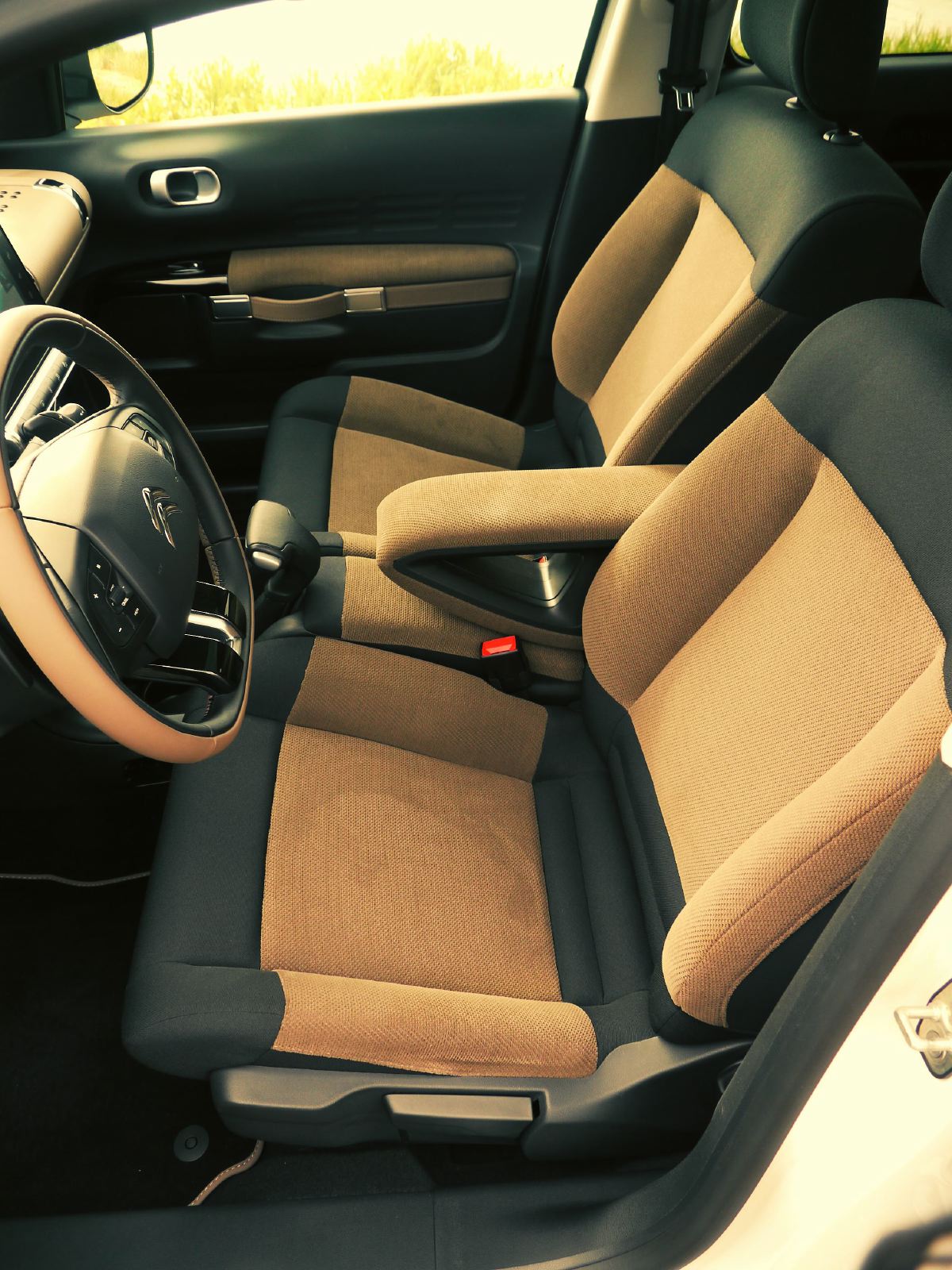 'Bench' seat in name rather than reality 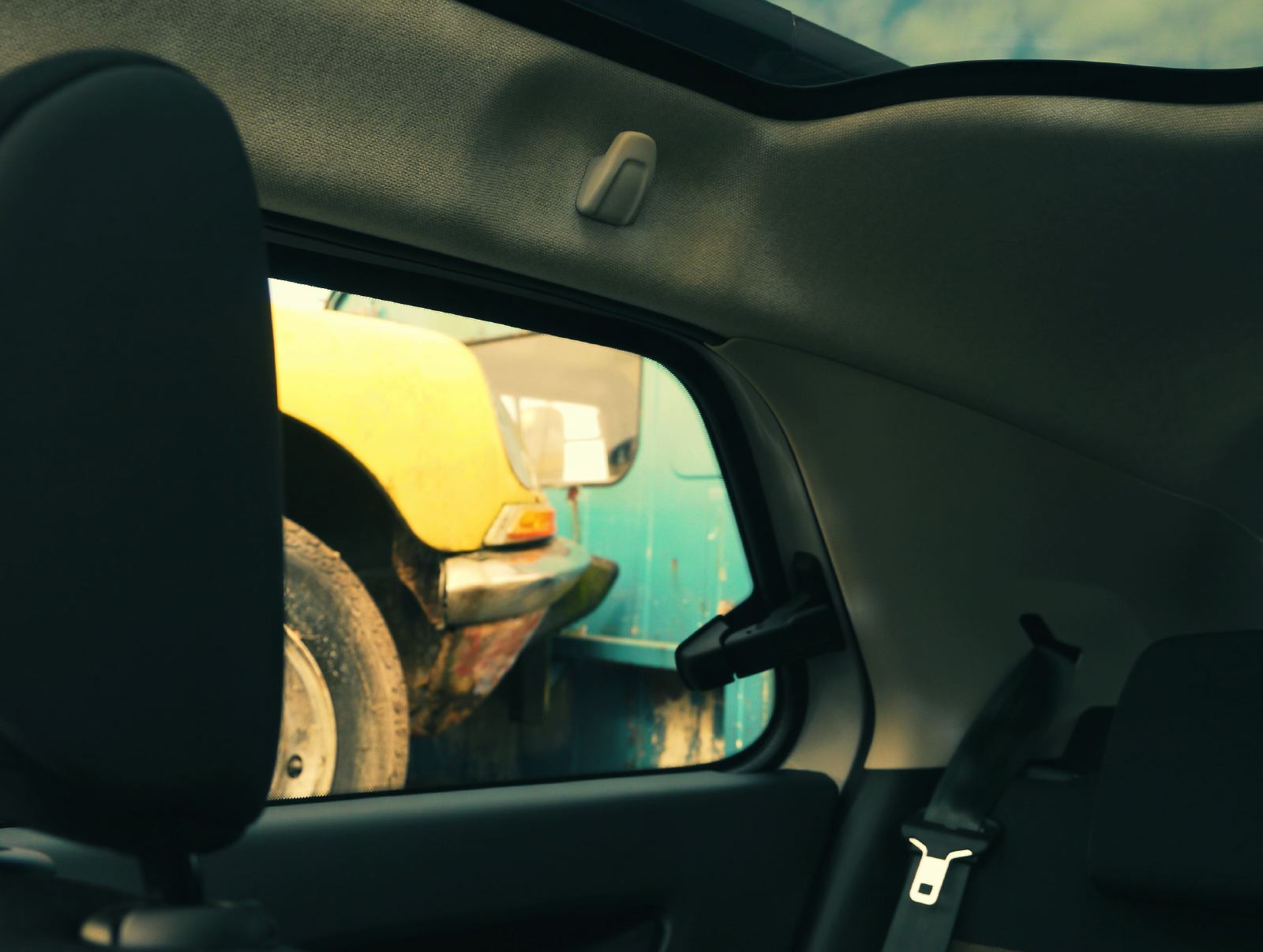 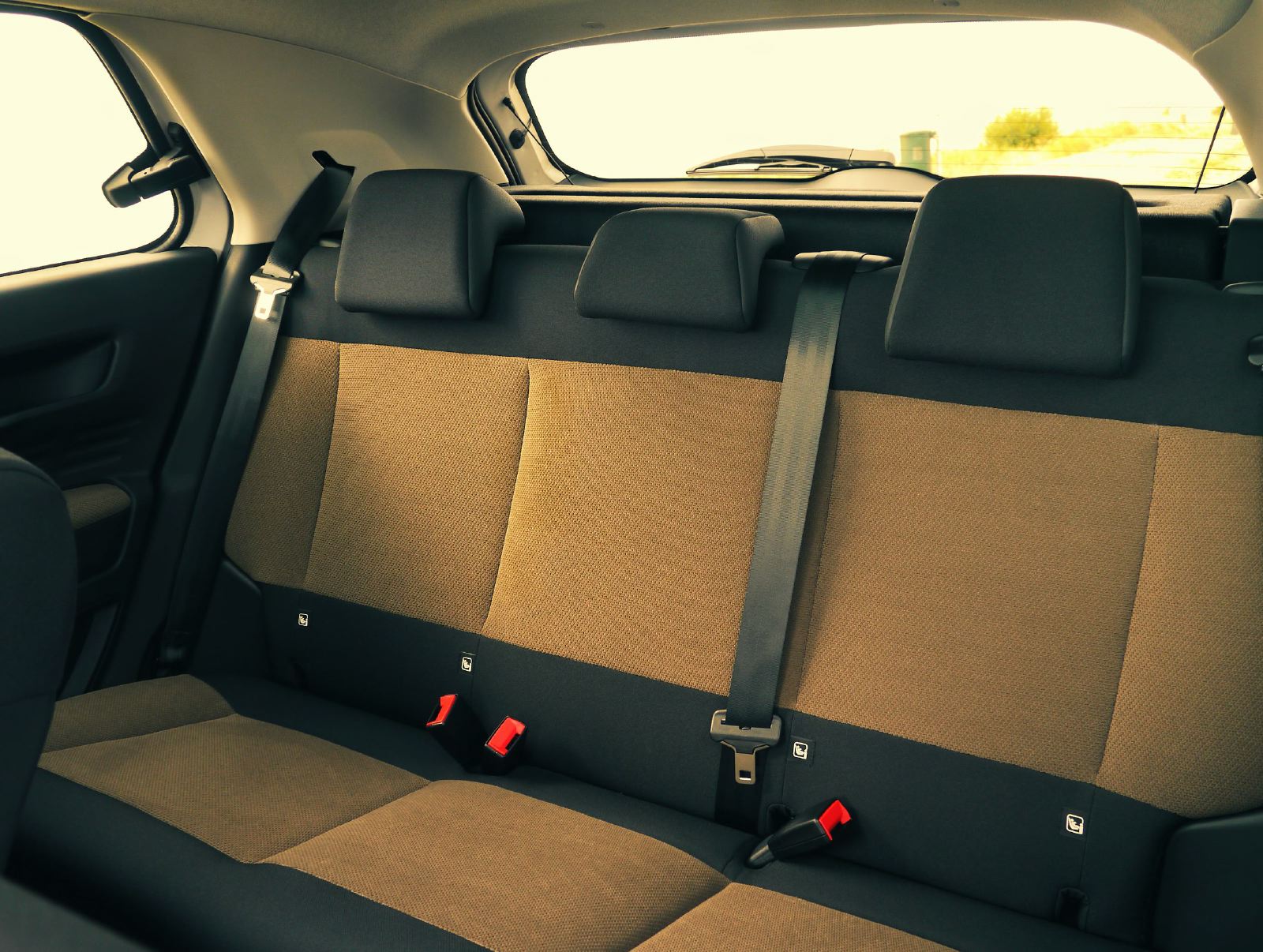 Single-piece rear bench is an oversight 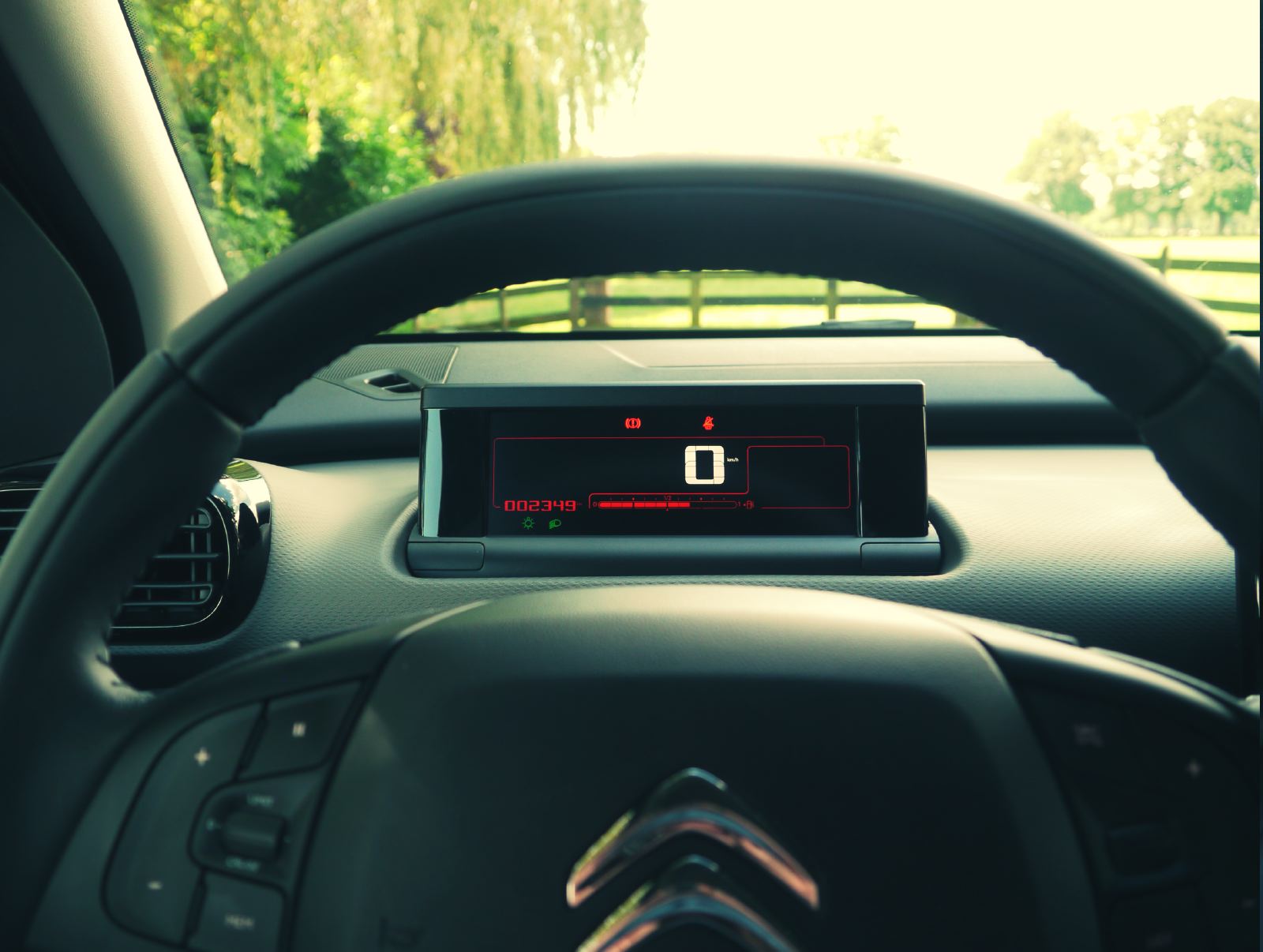 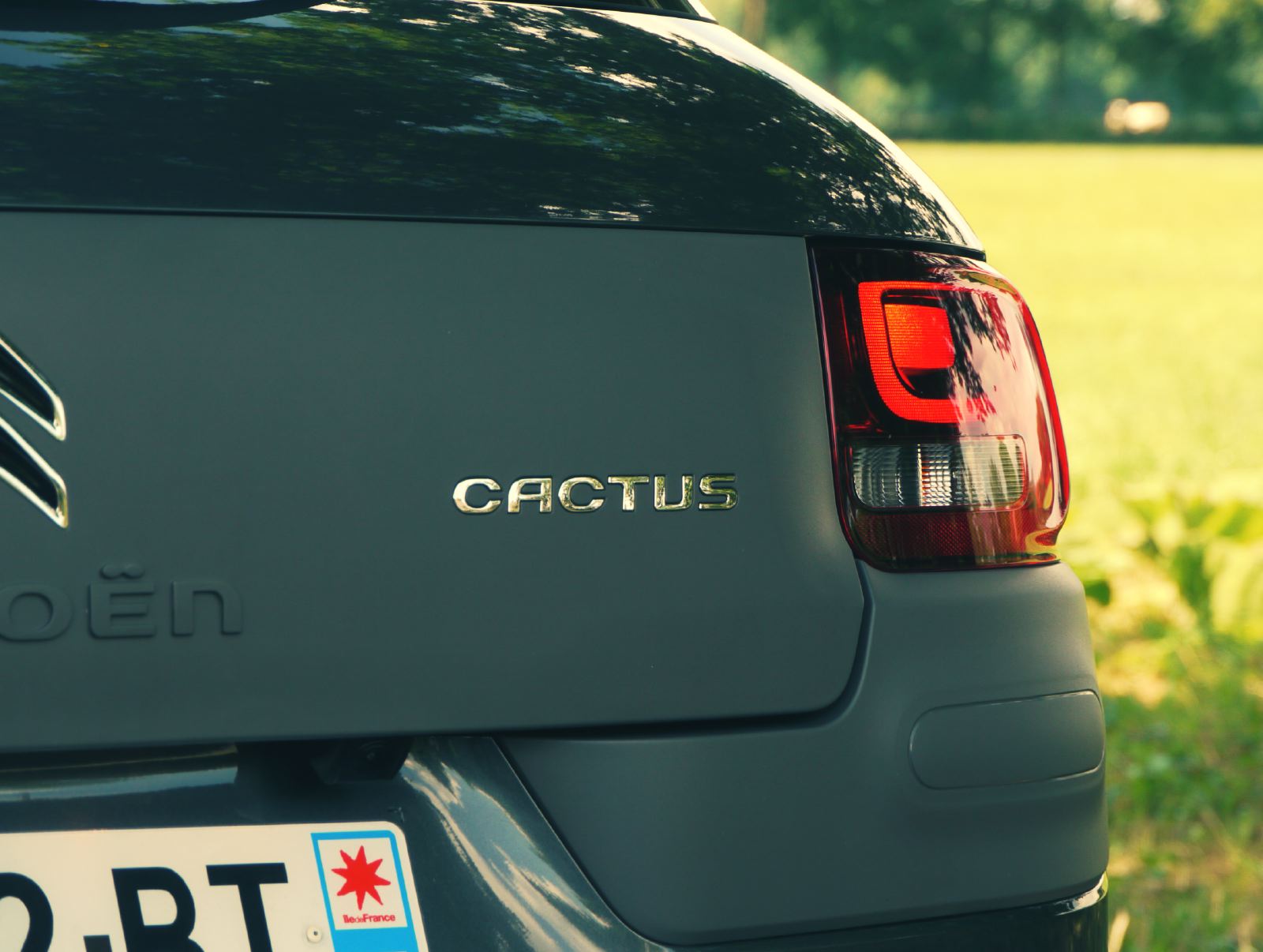 "A Cactus!" says Mr D. S. Safari. "You know this is the first Citroën for decades I'm interested in." It's certainly a car that captures the simultaneous traditional Citroën values of comfort and utility of his car. It's more convincing in this sense than the new DS line of cars that, as impressive as they are in their own way, capture the idiosyncrasies of Citroën's heritage only through styling, while neglecting their justifications. The C4 Cactus is different - it doesn't borrow the aesthetics of the past, but instead leverages historic values as an impetus for new design solutions.

Take the Airbumps. Yes they create a bold graphic device that defines the car's character, yet their function is the reason for their being, rather than their form. Bumpers have gradually disappeared, integrated into the overall form of the cars of the last 20 years or so, to the detriment of protection from the knocks and scuffs inevitable in everyday use. This new interpretation not only addresses the issues in a comprehensive way, it also creates a car that - unlike all others - invites you to touch, prod and thump. A tactile car.

Quite by chance, when sampling a second, white car, we bump into a 2CV by the side of the road (not literally) and, parked nose-to-nose, there's a striking parallel between the old car's bumper overriders and the new one's Airbumps that wrap up around its lower lamps. An abandoned H van also reminds us this isn't the first Citroën to sport wobbly flanks.

If Airbumps are the exterior's main talking points, its 'bench' seat is the interior aspect causing most excitement. However, calling it a bench is a misnomer - the reality is that the front seating consists of two very wide units. Cars fitted with the (jerky and unresponsive) automated transmission gain an extra sliver of cushion between the seats to create the impression of a single-piece base. But once the driver's seat has been adjusted to suit, this effect is all but eliminated. A bench they may not be, but this supremely comfortable pair of armchairs is arguably preferable.

The Cactus is a car to drive with fingertips, one elbow resting on the nicely cushioned door card, the other on the center armrest that is bound to remain permanently down thanks to its superb positioning that leaves even the manual gearshift unobstructed. Drive it like this and you enjoy one of the most relaxing driving experiences available.

We discussed the car's character with its design program director Mark Lloyd when the concept was first shown at last year's Frankfurt motor show. He described how he imagined loafing through the countryside on a Sunday morning and the reality is that his team has achieved just that ambience. Mercedes-Benz used to pride itself on creating cars it proved reduced the heart rate of their drivers compared to rivals. It's a mantle that Citroën could, and should, legitimately take over. Mr Safari would feel at home here.

We do have two pew-related gripes. Firstly the combination of pedals set a little too close to the driver, and particularly deep seat bases, makes clutch operation slightly cramped, your calf constantly rubbing on the leading edge of the seat. Secondly a family car with a single-piece folding rear seat seems like a weight-saving measure too far. And these aren't the Cactus' only ergonomic issues.

While the IP is sensationally clean, and it's refreshing to not be face with some monolithic chunk of abstract plastic sculpture, concentrating all functions into the central touchscreen is a couple of steps too far. Having to enter menu structures to adjust HVAC or music is more distracting than the eyes-on-the-road muscle memory advantages of physical buttons. Thankfully the letterbox of a gauge pack is far better resolved with clear graphics and minimal but perfectly adequate information. It beats the BMW i3's similar setup comprehensively.

Our final chance encounter comes in the wonderfully arcing form of a CX. And while there's little shared between a long, low fastback and a chunky, upright crossover, the somewhat unintentional idiosyncrasies of both feel shared. And it's this aspect of the Cactus that clearly struck a chord with the two schoolboys who turn to give us enthusiastic thumbs up as we drive by.

With the ability to appeal to seemingly disparate audiences - the diehard enthusiast and the supposedly agnostic kid - Citroën has perhaps created the most charming car of its time.