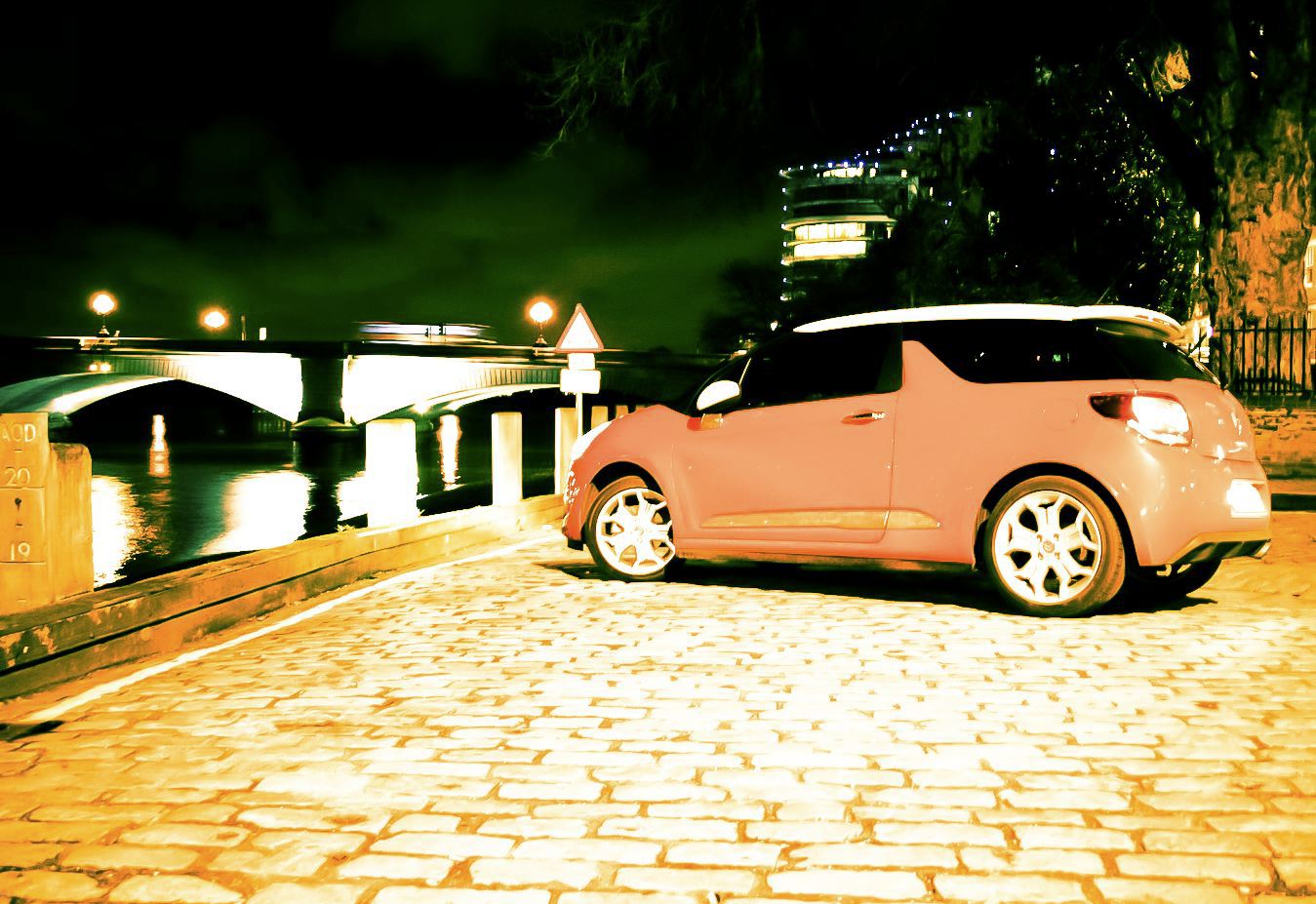 The Citroen DS3 has been a run away sales success in its first year. Click for larger images 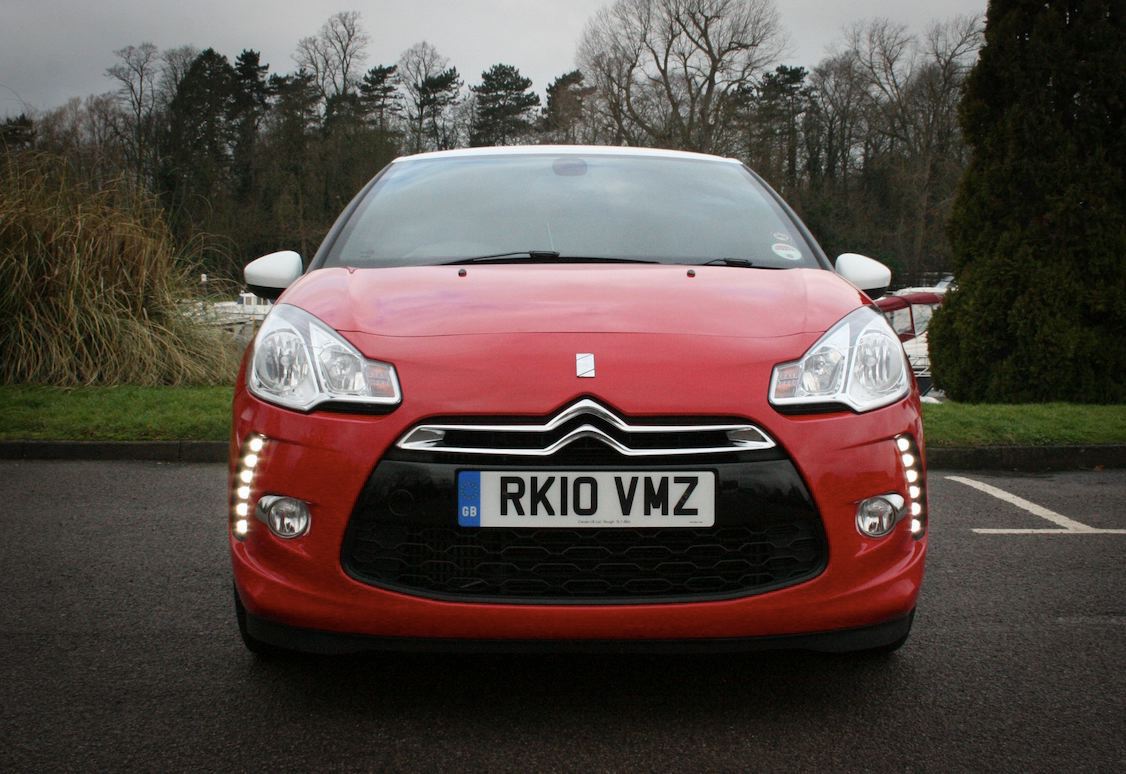 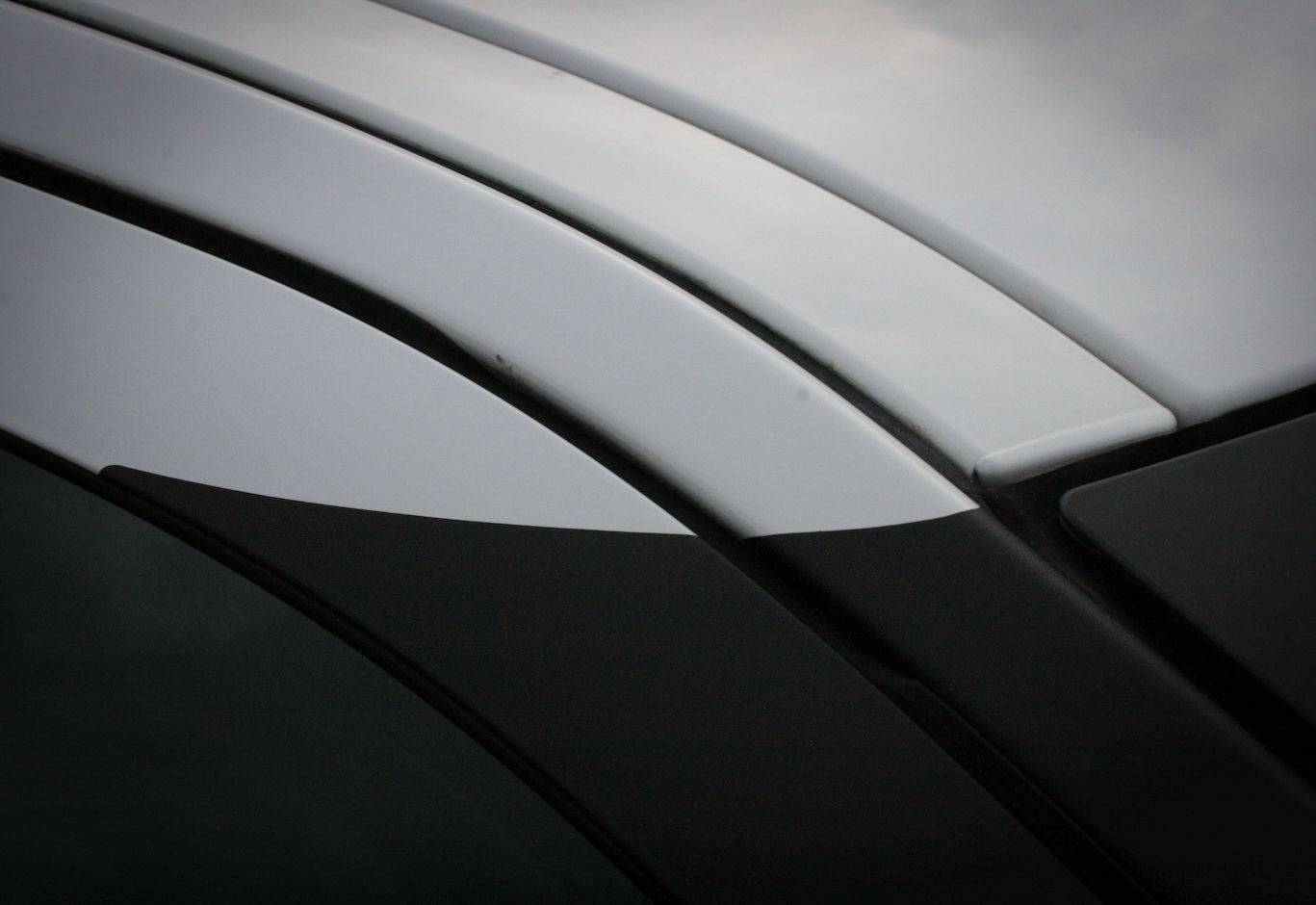 Floating roof not an 'authentic' solution like the Mini's; crudely masked off graphically at top of A-pillar 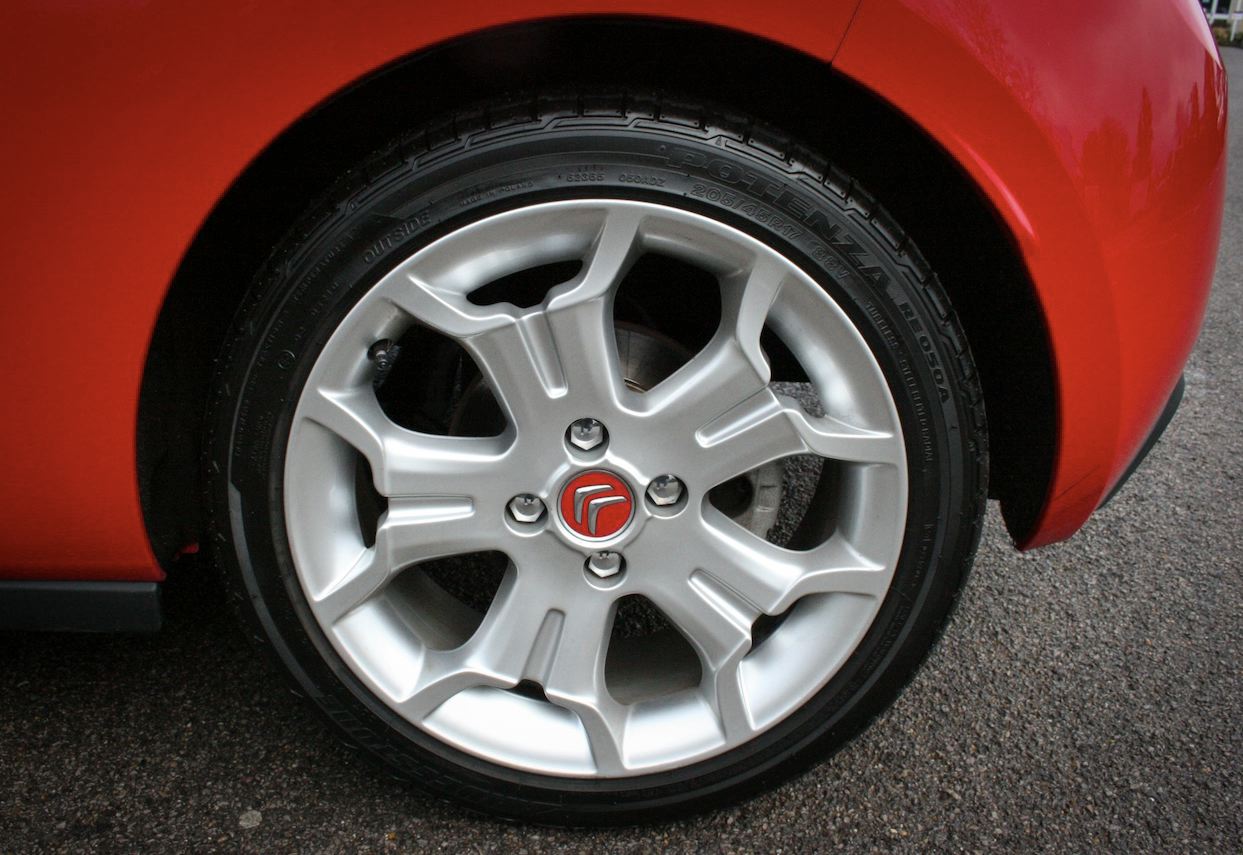 The Citroën DS3's success has taken many - Citroën included - by surprise. The company has been forced to increase production since the car went on sale 12 months ago, in the light of unprecedented customer appetite.

At launch, there were many who felt the DS3's relatively conventional nature did a gross disservice to the famous nameplate (despite the company's protestations that the DS moniker has no connection with its 50s namesake). Yet there were others keen to see whether Citroën could successfully create an upmarket sub-brand, primarily through the medium of design. Given this, and as the car approaches its first birthday, we thought it high time we got to know the DS3 a little better. 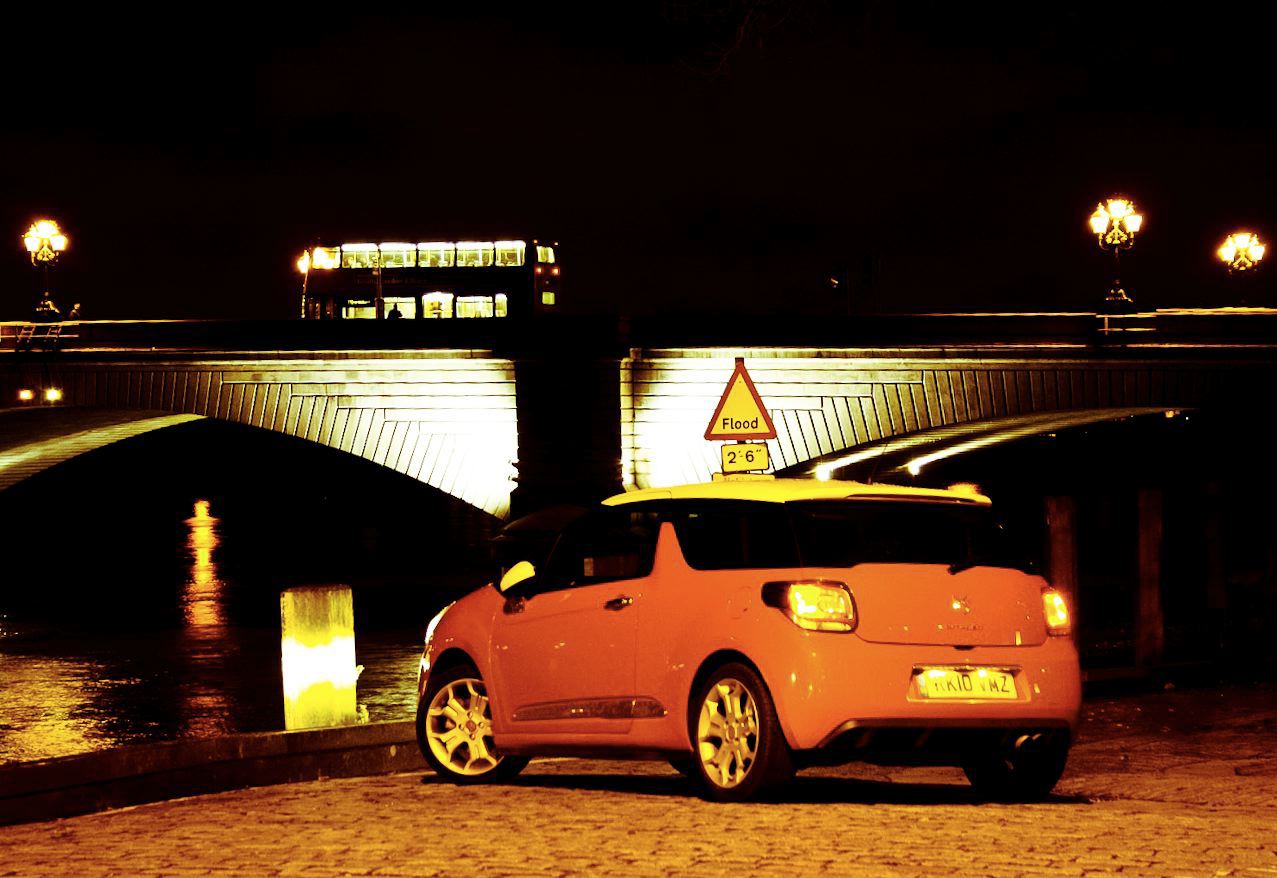 Above and below: DS3 by one of London's historic river bridges 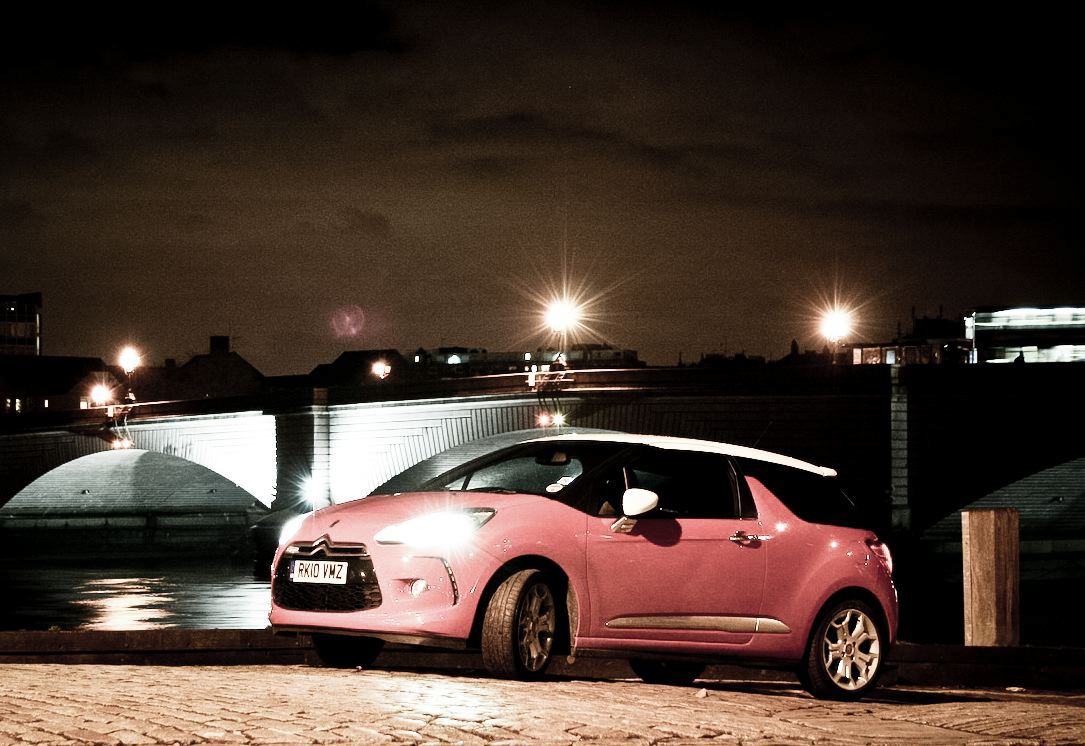 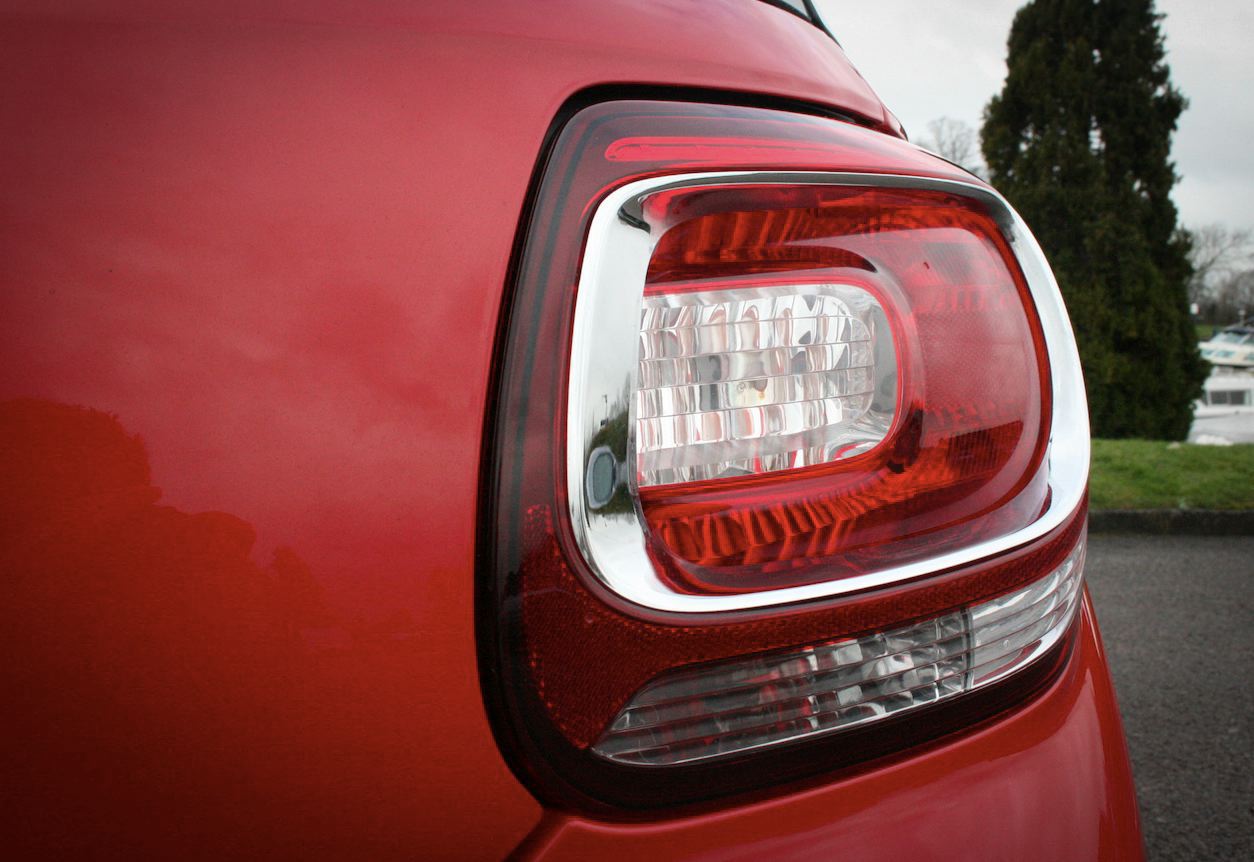 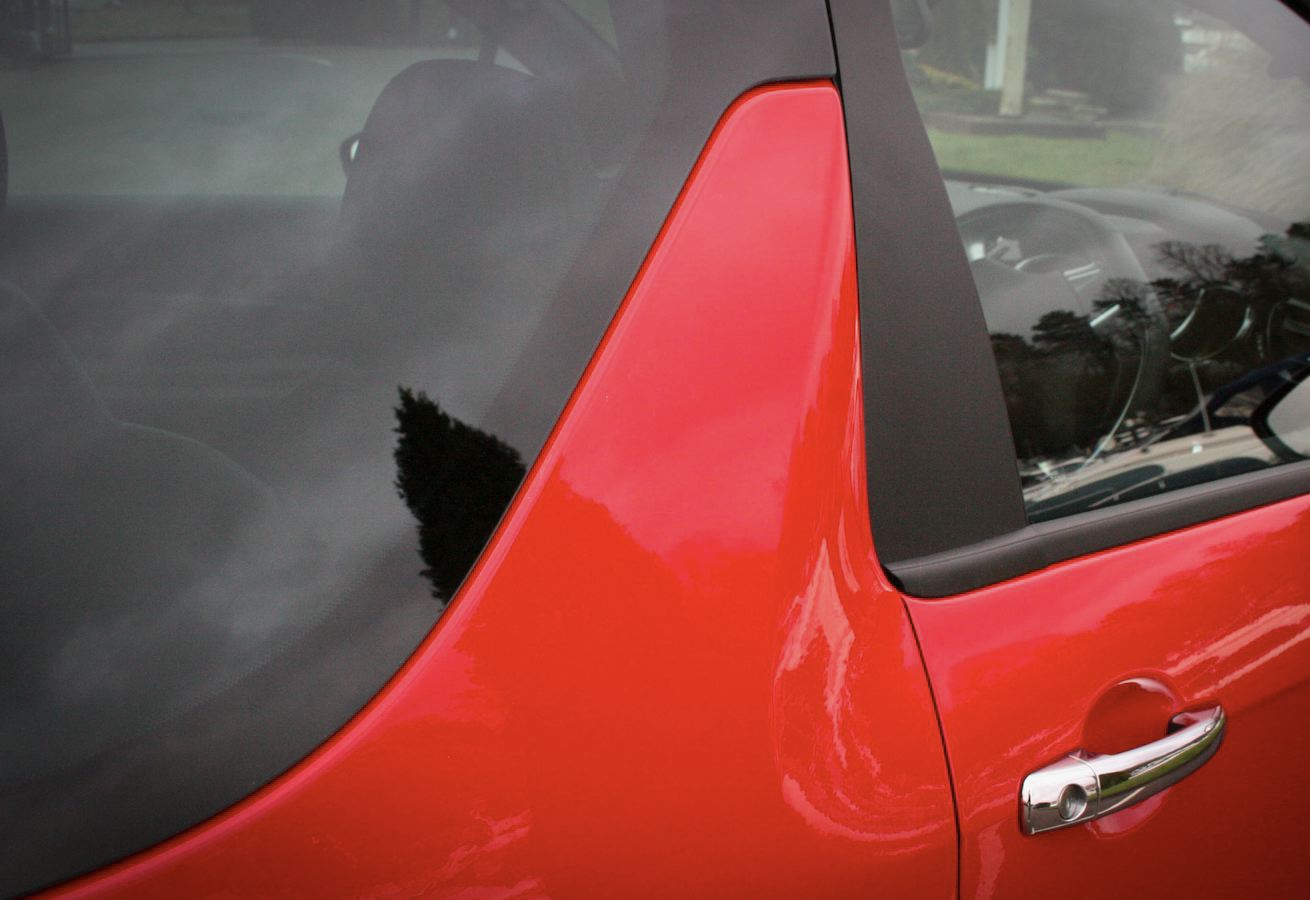 Stand-out exterior element is the shark-fin B-pillar. It provides a distinct DS3 identify mark, and helps to make the floating roof feel authentic, by separating it from the main body 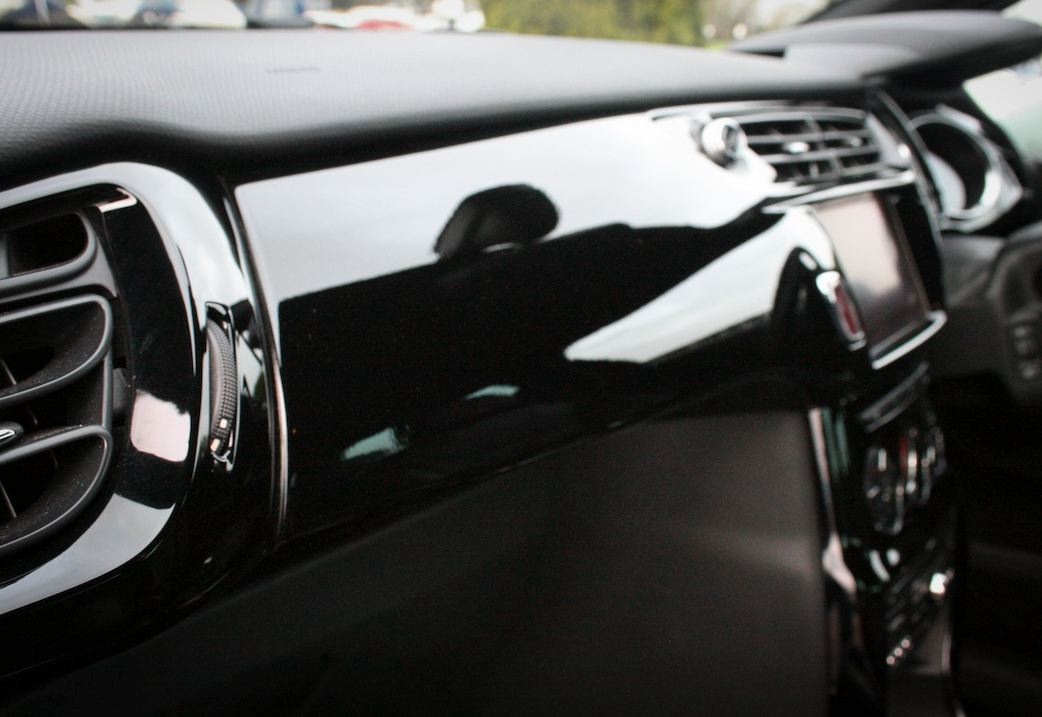 'Shiny black' upper IP adds creates a specialness to the interior, but lower plastics are poor

A sporting, premium small car
Core to the DS3's appeal is its market positioning. It shares underpinnings with the C3, but the two are separated to such a great degree that the consumer is never in danger of perceiving the DS3 as the three-door variant of the five-door C3.

In fact, the DS3 is much more closely positioned to the Mini. While larger than Mini, more in line with mainstream B-segment vehicles such as the VW Polo in size, its rendering is more distinct, unique and - to a degree - premium than the typical B-car. The floating roof and wrap around glazing further enhance the association with the Mini in the consumer's mind, while detail elements - particularly the shark fin B-pillar and brightwork around the grille, lights and rocker area - give a heightened impression of value and premium appeal.

The DS3 also moves beyond the realm of the traditional GTI aesthetic. Engine and trim designation is agnostic; lower-powered models can be personalized to look like the top-of-range car.

Skin-deep personalization
Citroën has approached its personalization treatment by directly aping the Mini's personalization approach. The most surprising aspects of this is that - with the exception of the Fiat 500 - the DS3 is the first small segment car to offer such a broad spread of options, given that the Mini has now been on the market for 10 years.

In the DS3, you'll find almost an exact mirror image of the Mini's personalization areas, particularly when viewed through its online configurator. You can vary roof, mirror, wheel, dashboard, gearknob and key fob color/design. The DS3 actually offers more options than Mini in some areas - the most obvious being the roof, where seven color options are offered - four being core 'contrast' tones to the body. This has the effect of making the roof an even more explicit, core element of the DS3's identity than on the Mini.

The DS3's level of perceived premium-ness is achieved without resorting to the expensive engineering solutions employed by its Anglo-German rival. Scratch the DS3's skin though and it's clear the approach is rather superficial. Its distinctive elements are ‘applied' through graphics, rather than integral solutions. The roof, for example appears to float by the use of graphical masking, whereas the Minis is a separate pressing, complete with external seam. This is most obvious at the top of its A-pillar, which is crudely resolved. The question is: how many consumers will ever notice?