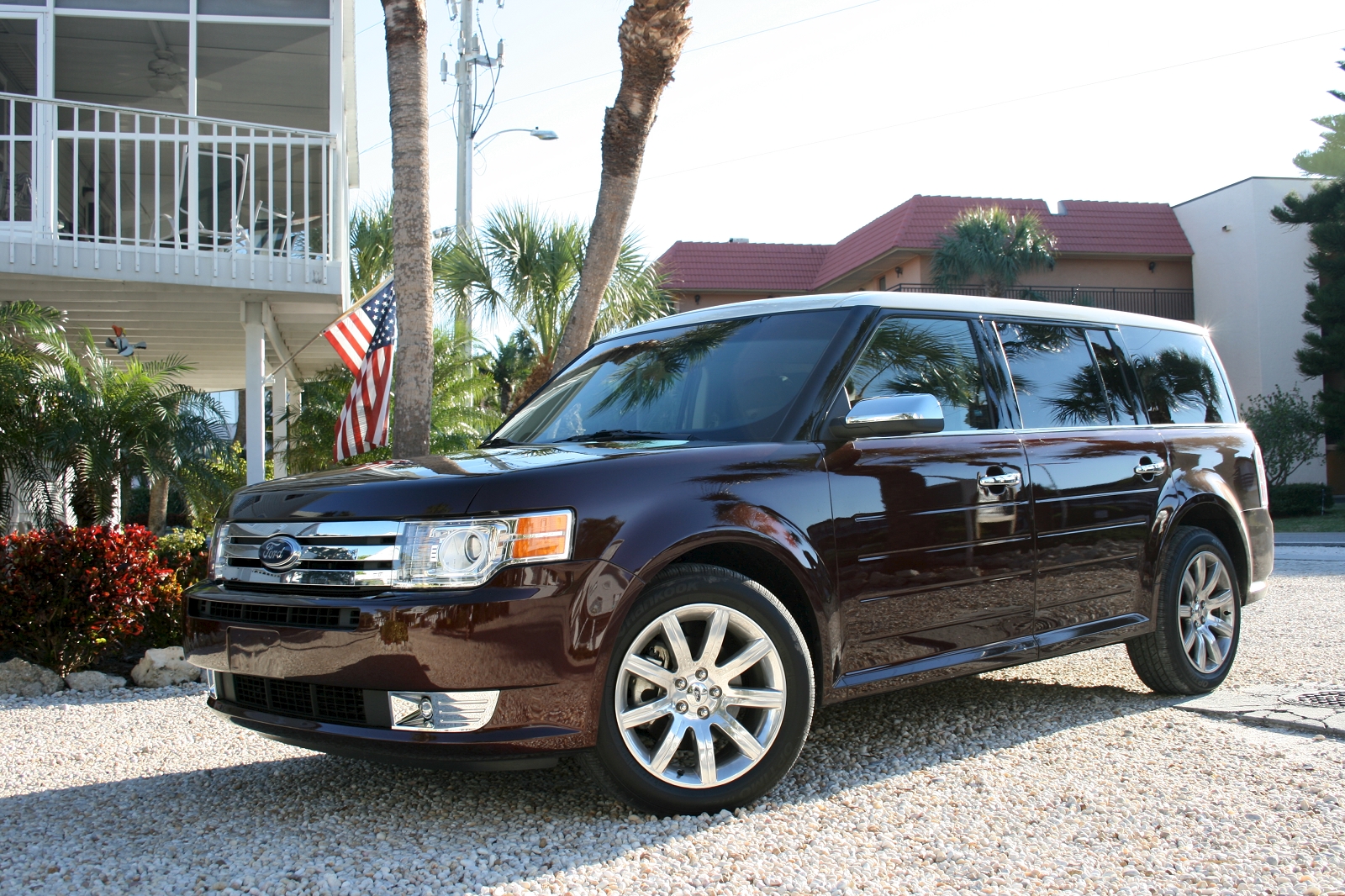 The Ford Flex aims to "rewrite the people mover story" 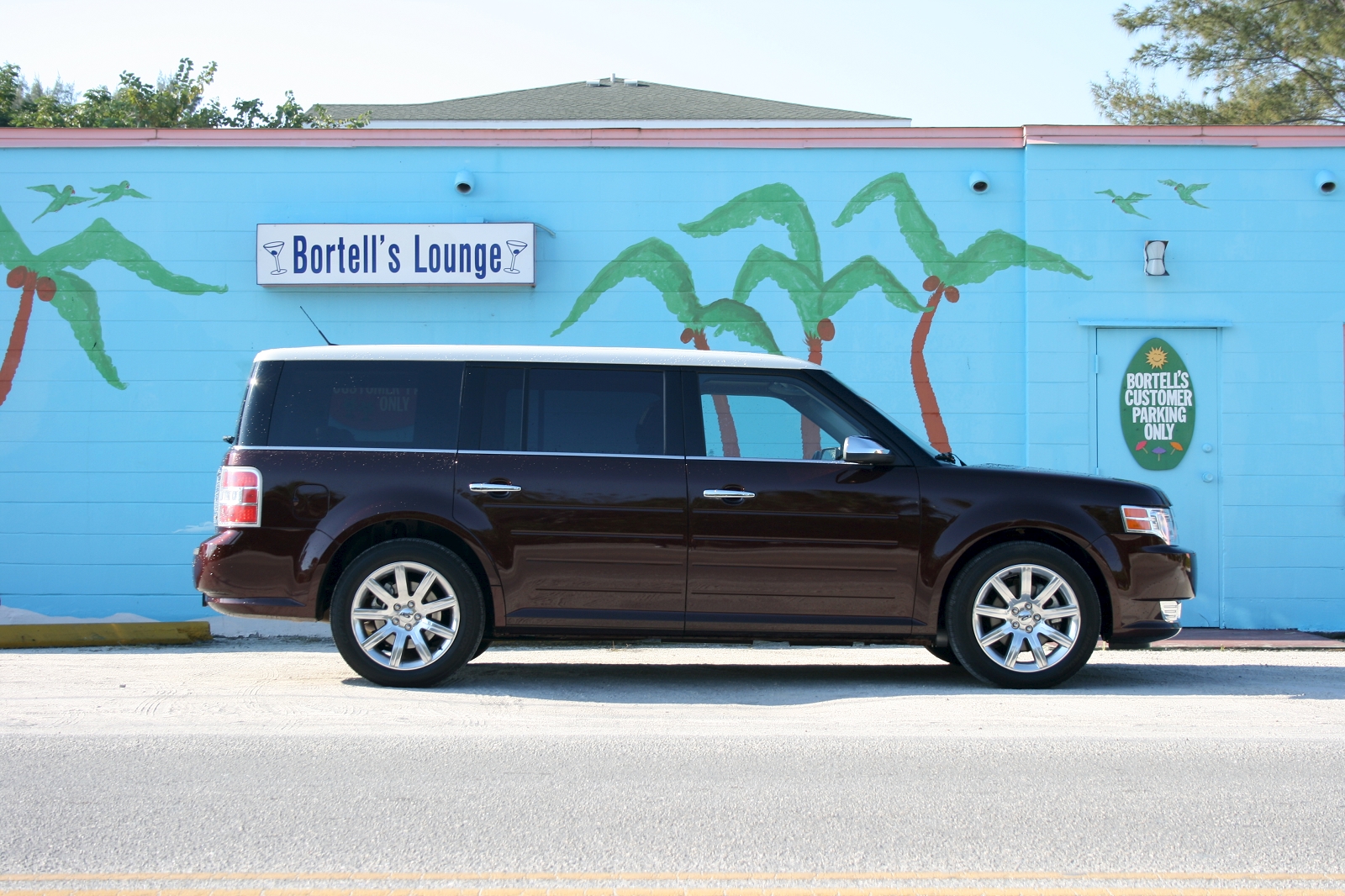 Ford Flex at home at the beach shack 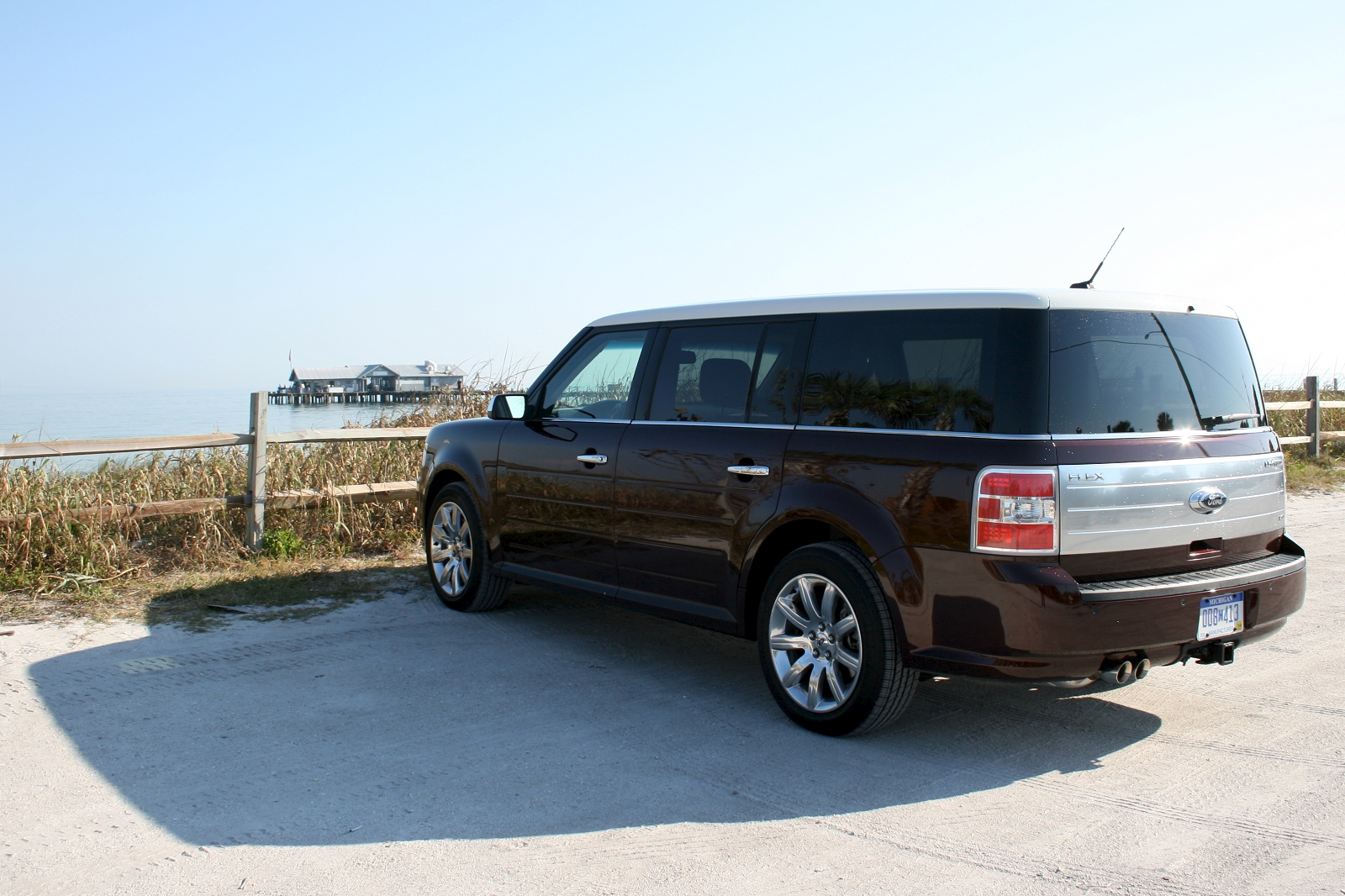 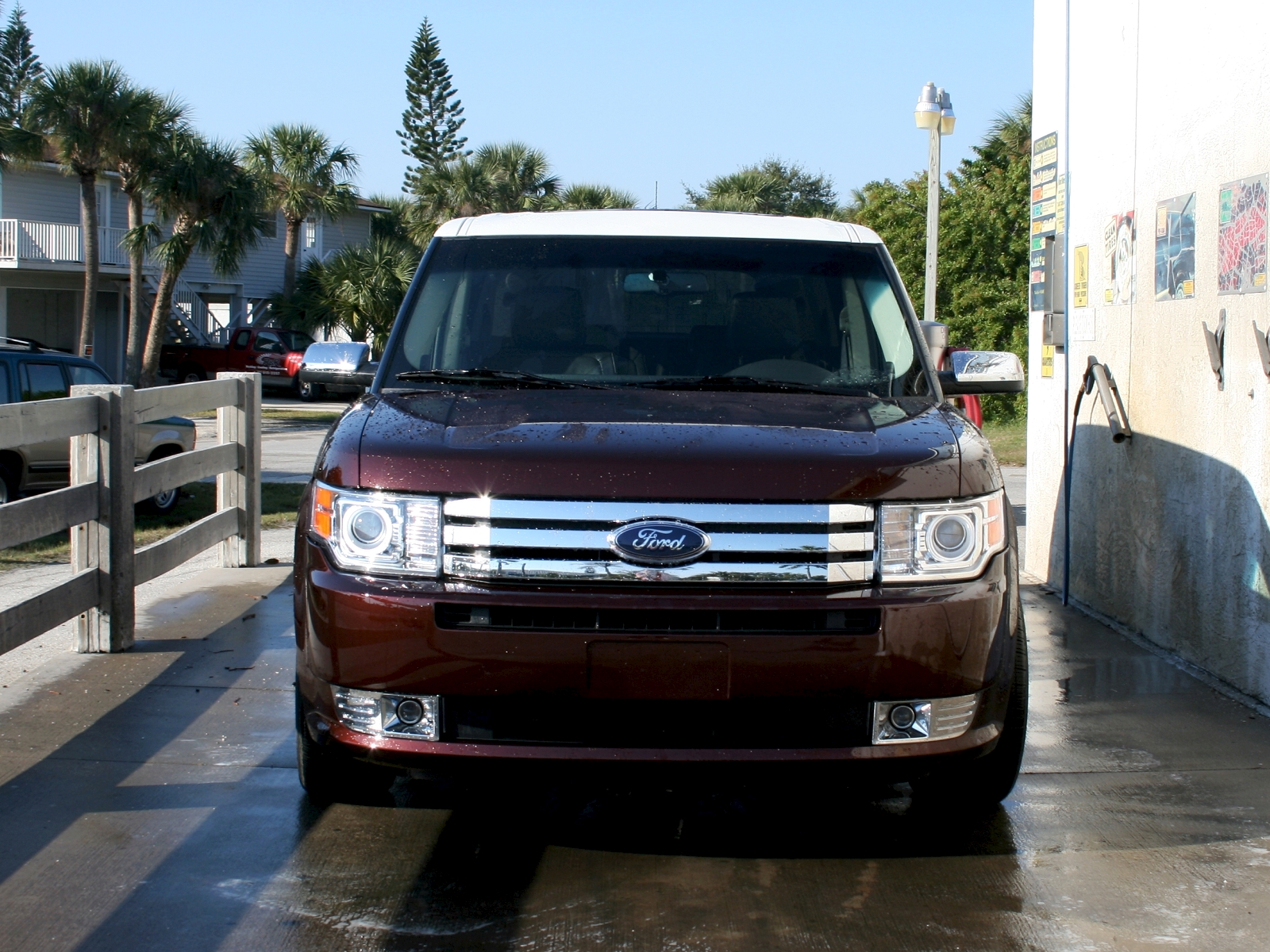 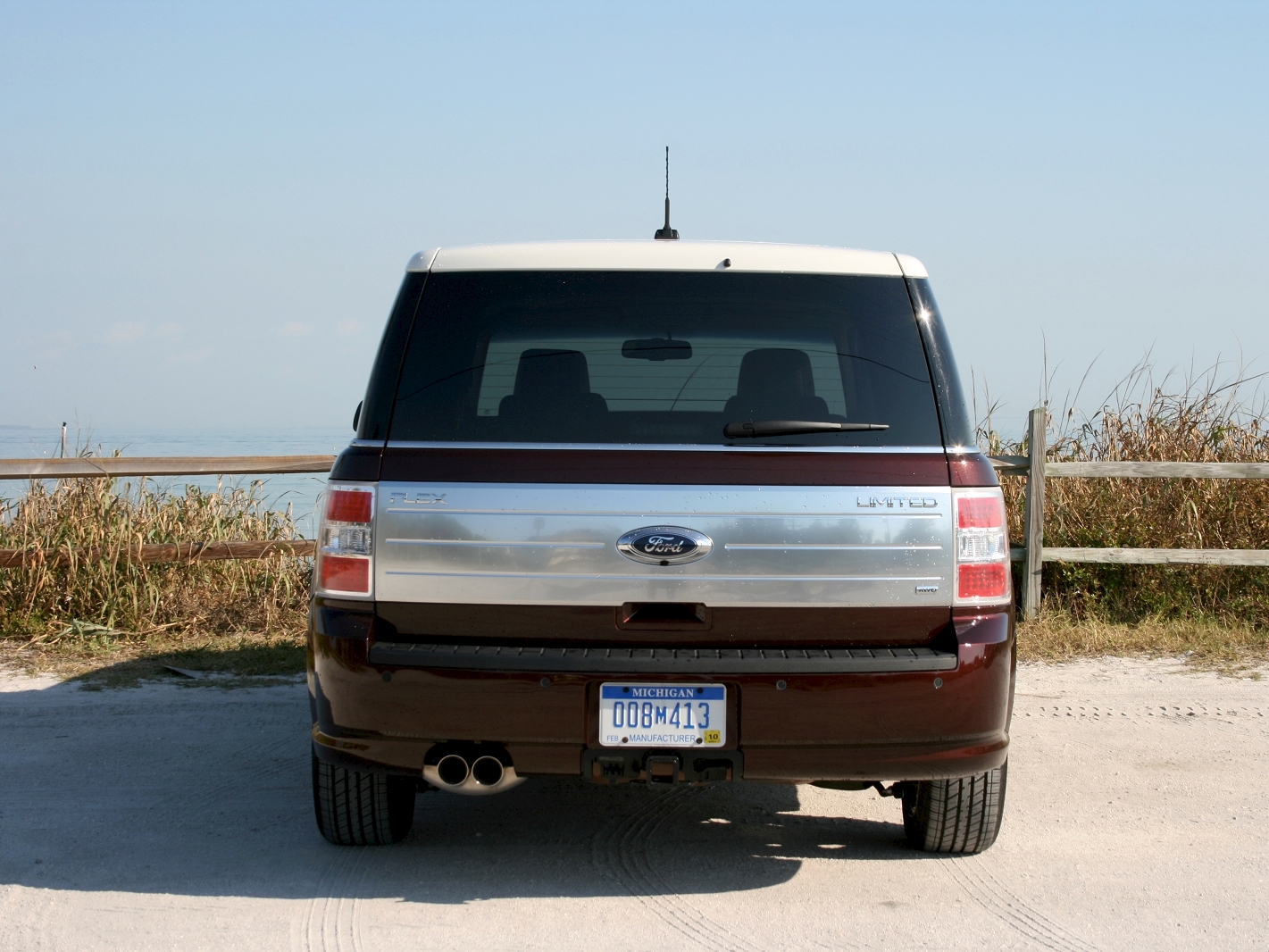 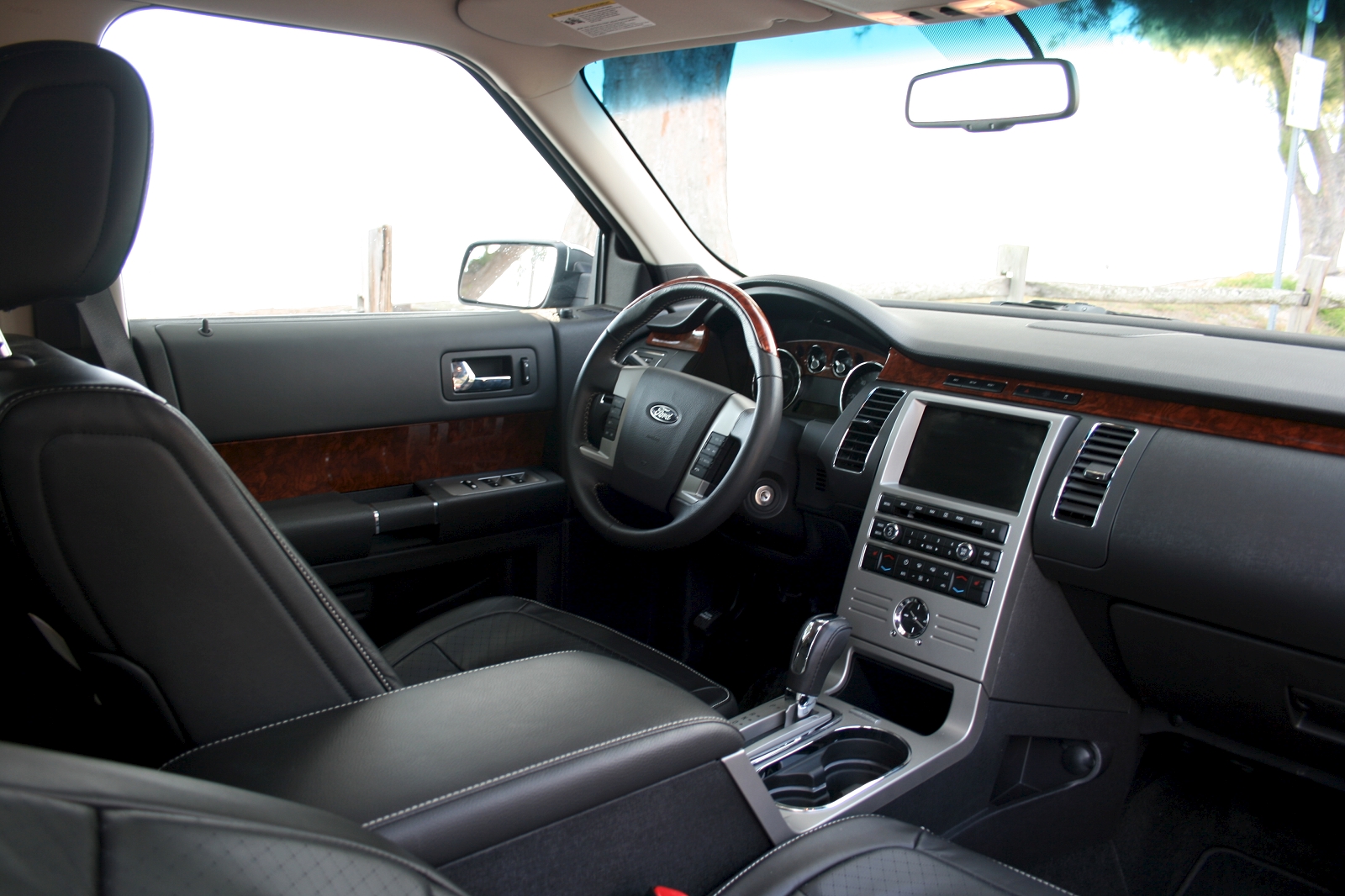 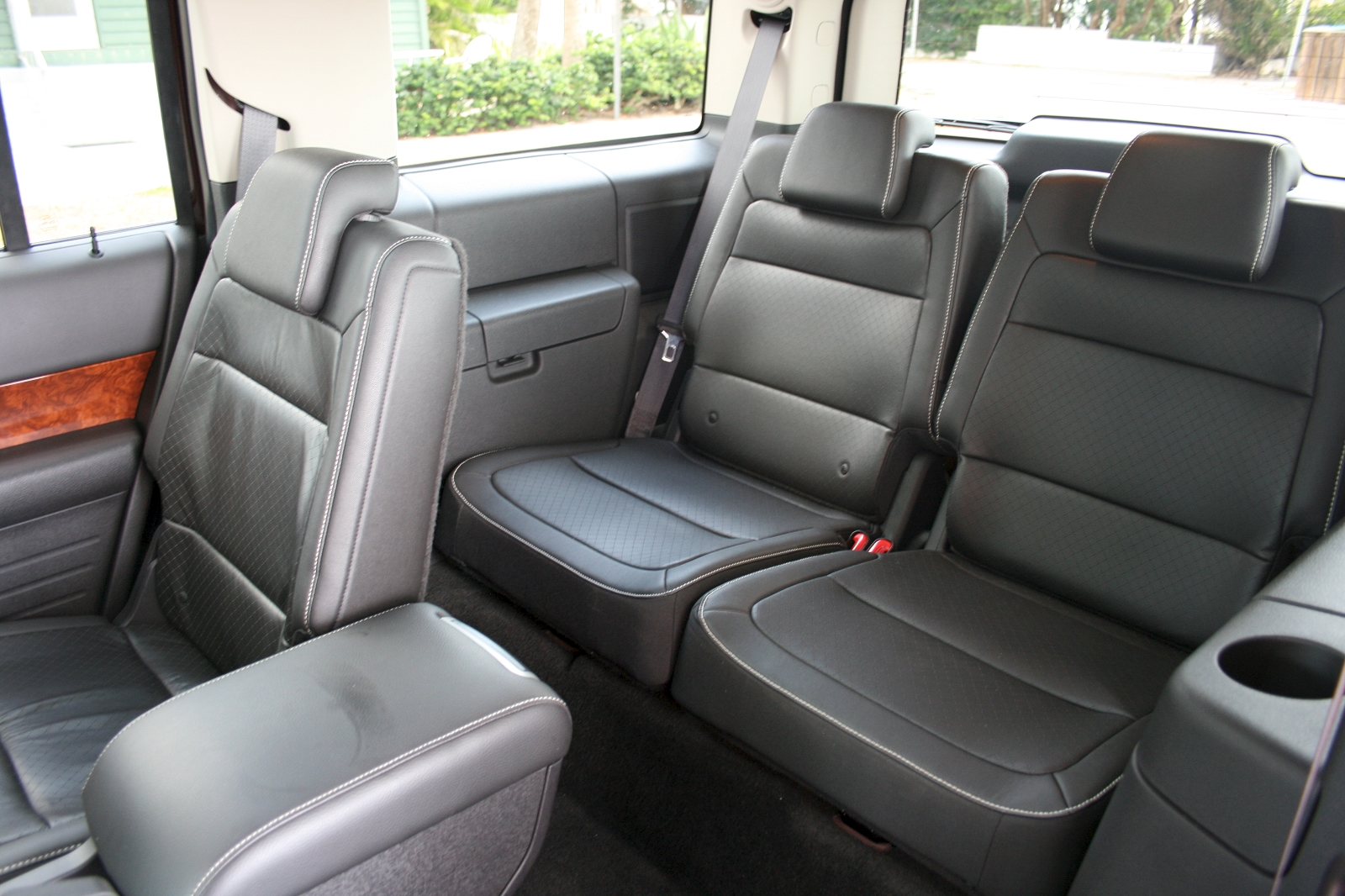 ...but six-passenger interior falls short of being 'premium' 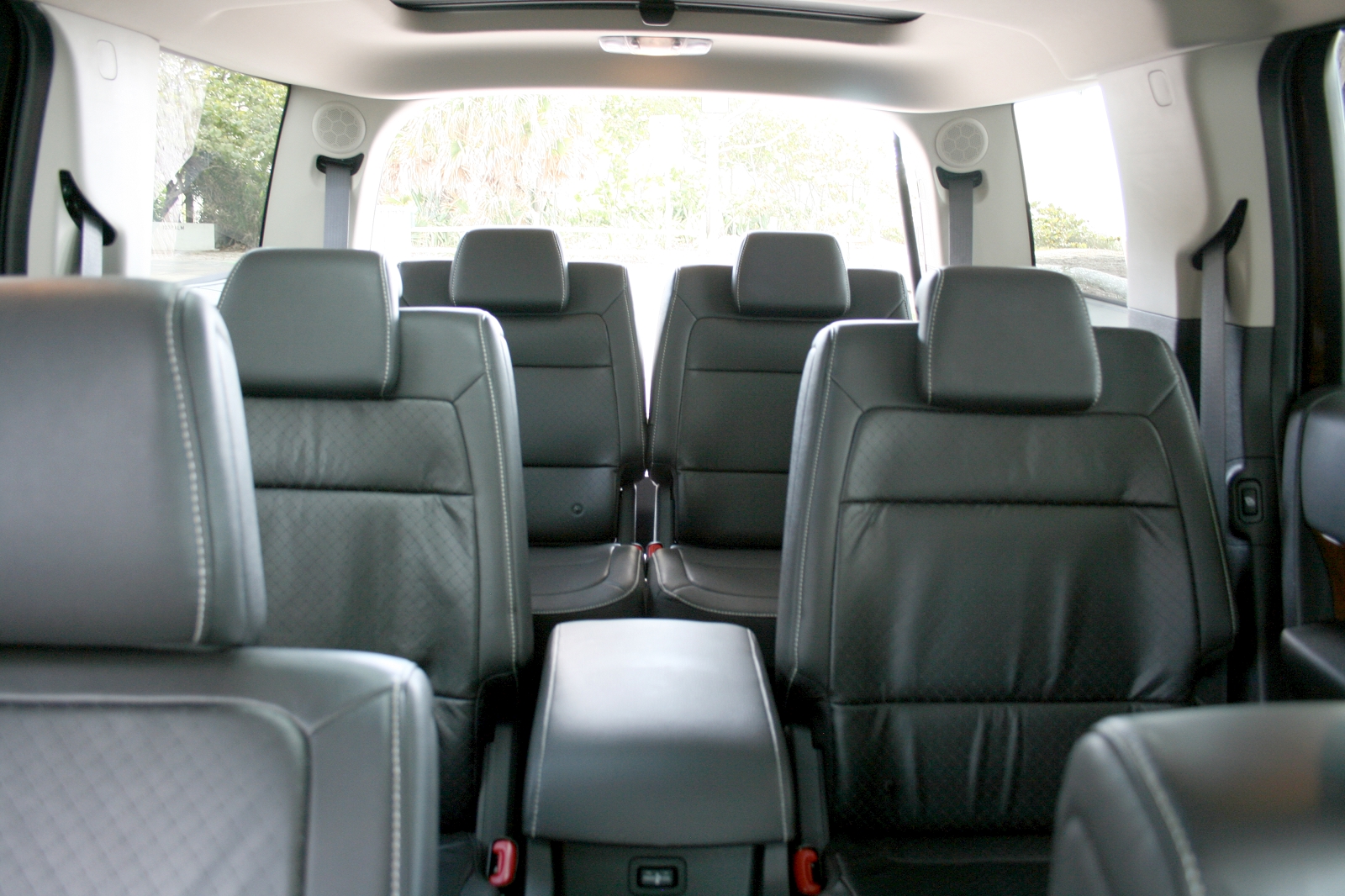 Passengers in third row get a better deal than in many minivans
Photos: Joe Simpson

When Ford unveiled the Fairlane concept in 2005, the company attempted to "rewrite the people mover story", according to Group Vice President of Design and Chief Creative Officer, J Mays. The Minivan, once the symbol of suburban America, had fallen out of favor - its dowdy, "soccer mom" image eschewed in exchange for upscale, aggressive SUVs. According to Mays, the idea with the Fairlane was to "move people emotionally as well as physically", something few minivans had done before. 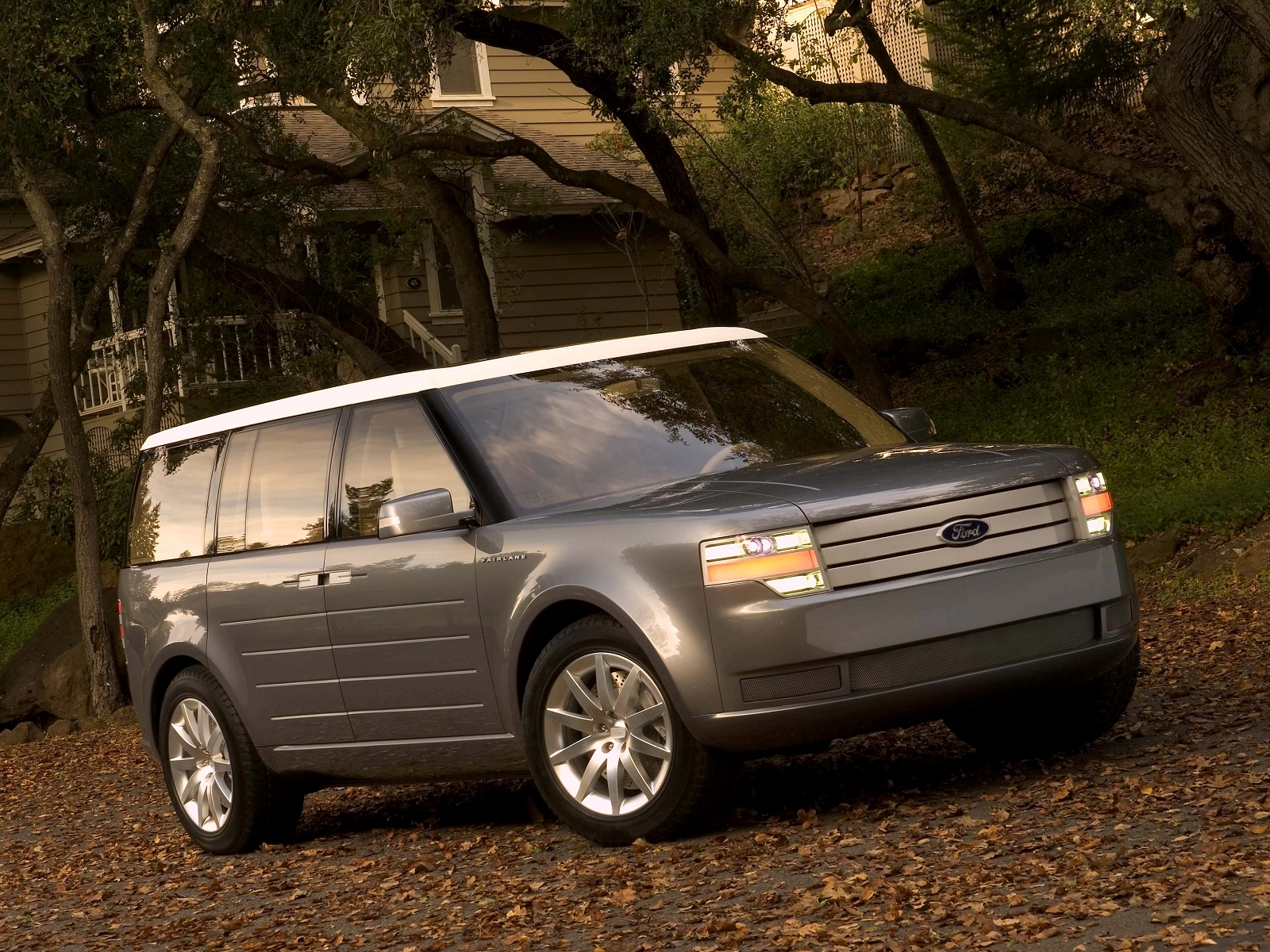 The Fairlane concept previewed the Flex 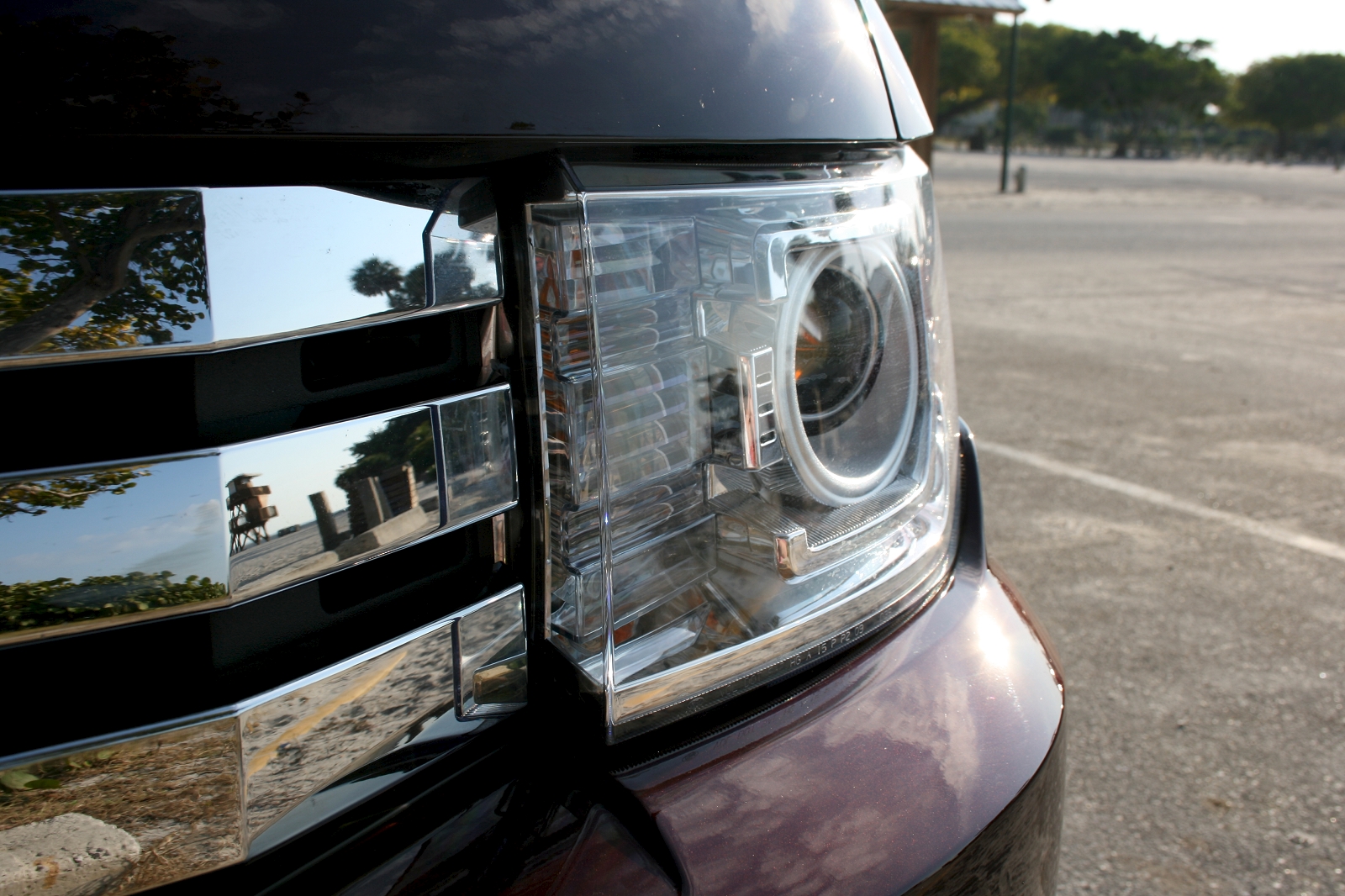 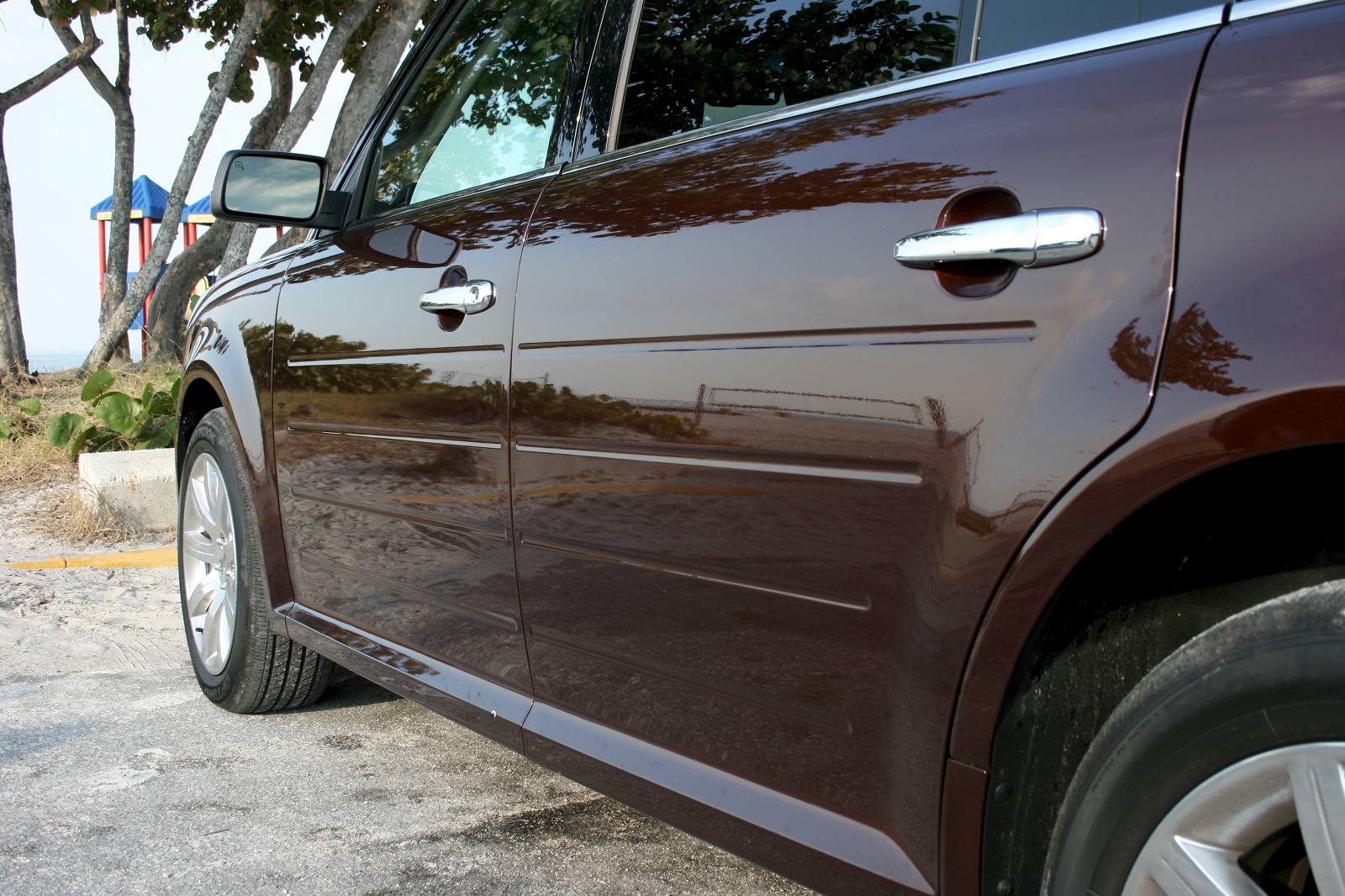 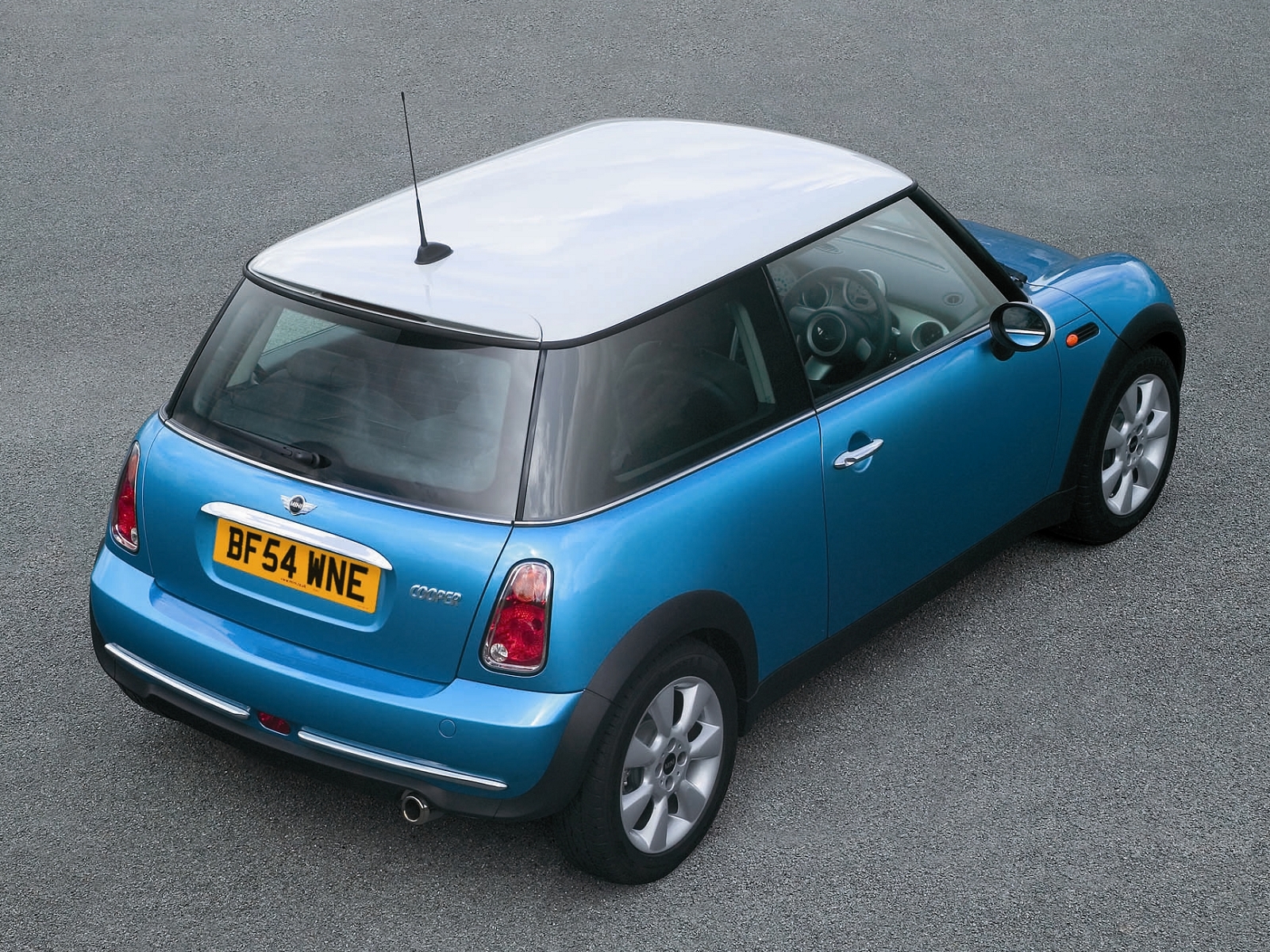 Mini was most referenced by observers 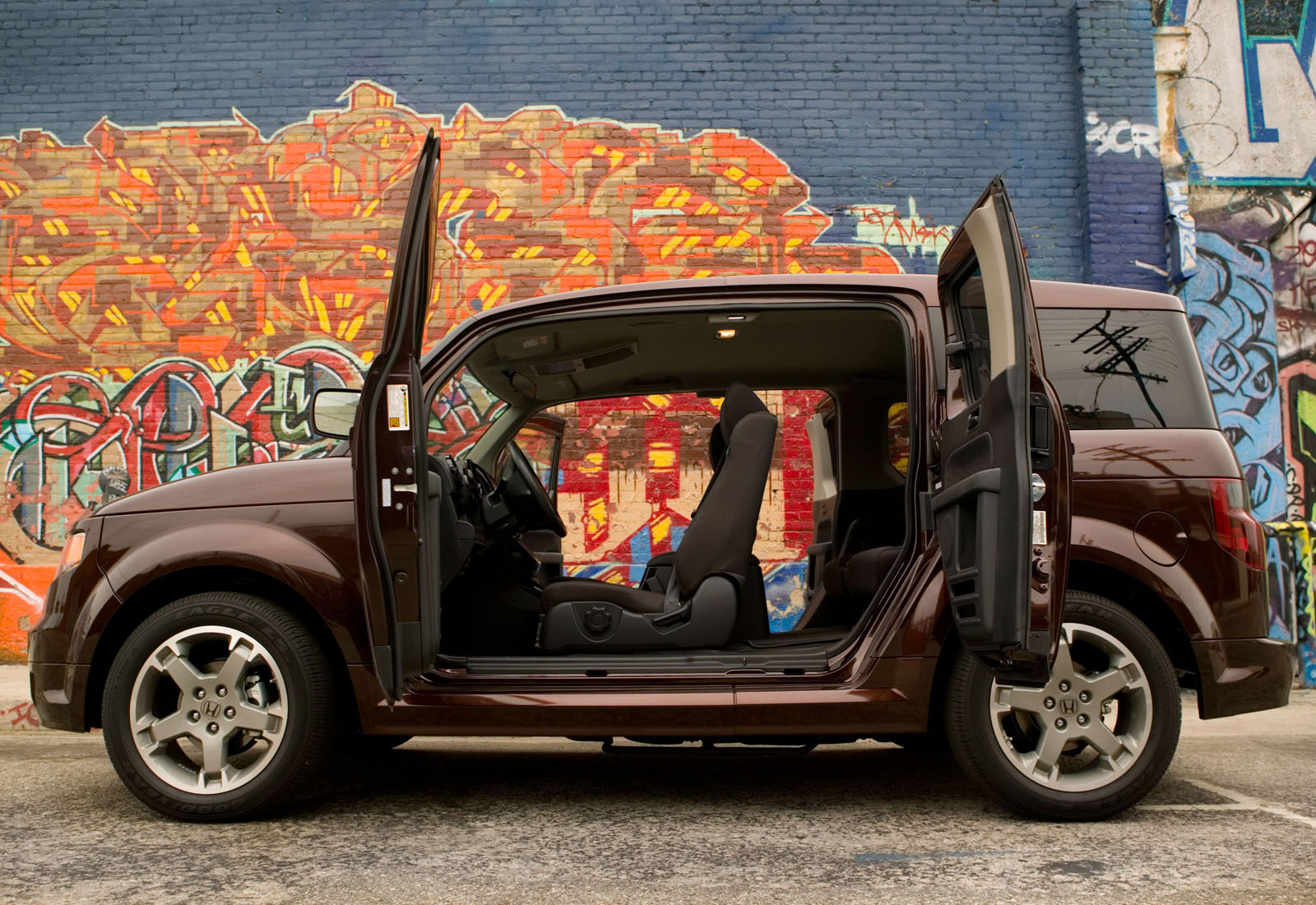 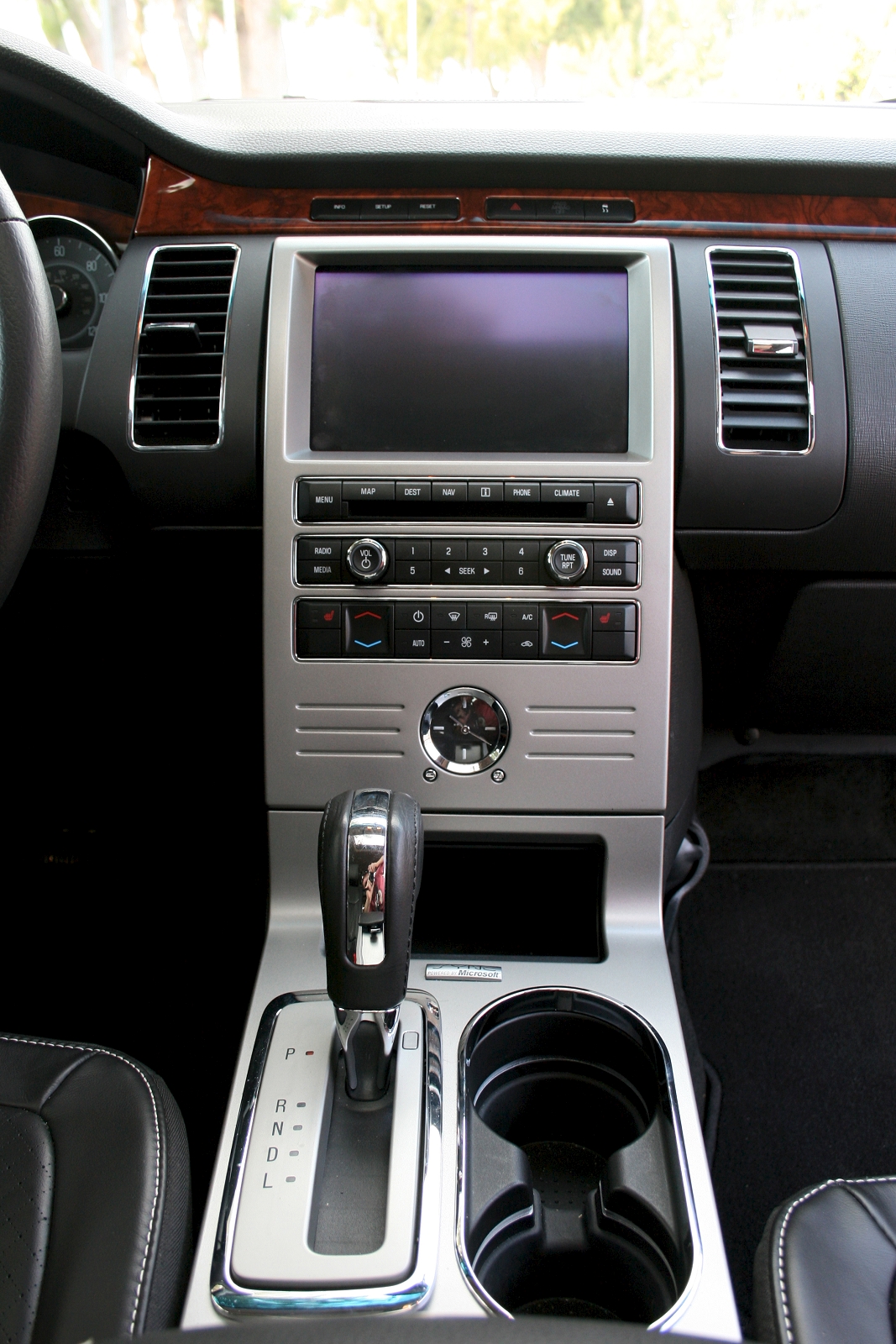 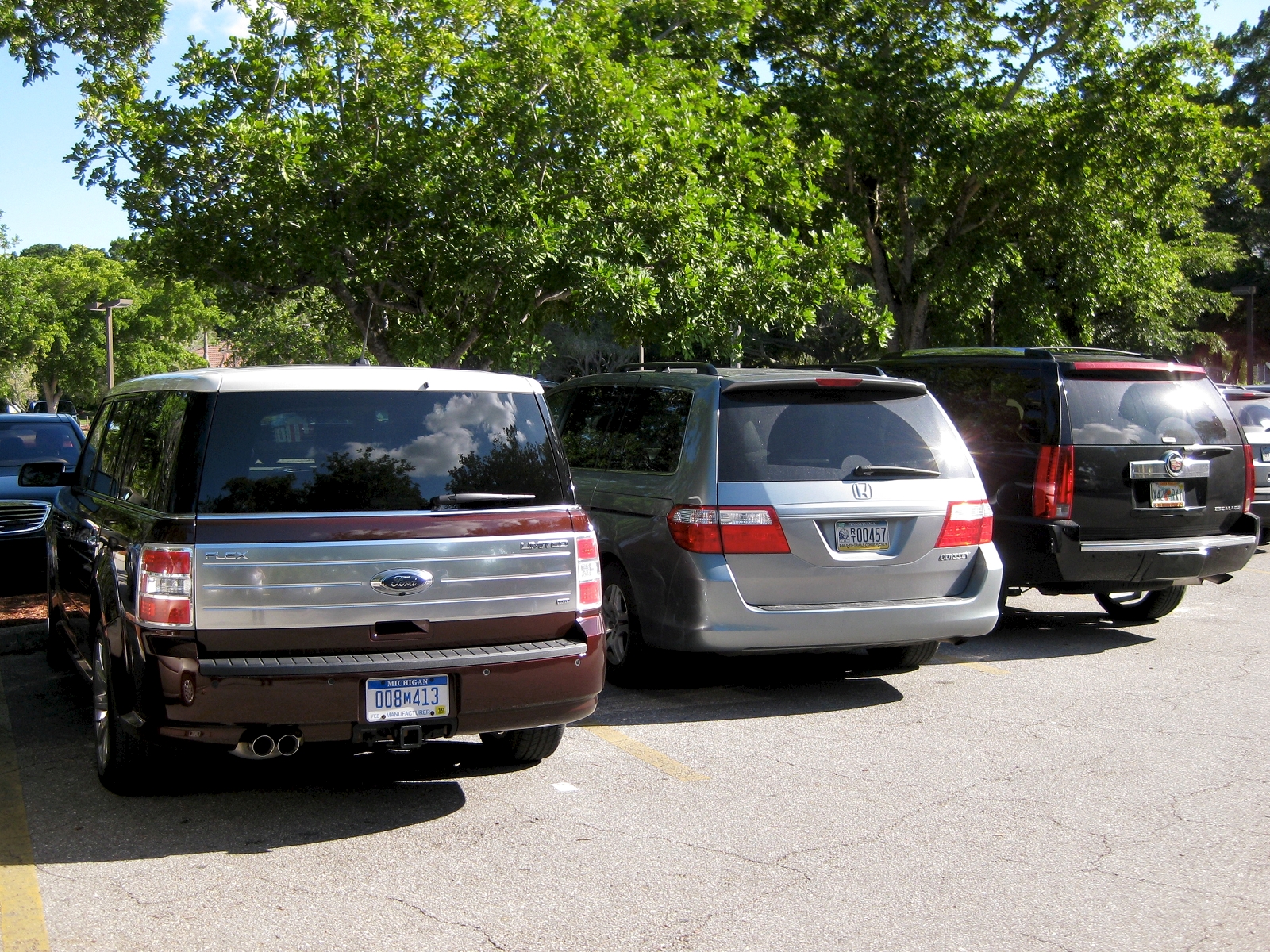 Flex and its competitors

Reinventing the ‘van
Fast-forward to 2008, and the production version of the Fairlane - the Ford Flex - is remarkable not only for its faithfulness to the original concept, but also for its differentiation in a conservative market segment. Considered more broadly, the Flex is aptly described as an automotive mash-up of wagon, minivan and SUV.

The relatively shallow glasshouse, with its upright windscreen, blacked-out A-pillars, and flush, continuous glazing (incorporating blacked-out B- and D-pillars), removes the "van with windows" connotation often associated with minivans. The contrasting white roof (an option fitted to our test car) appears to float in a similar manner to the BMW-era Mini.

Reference without retro
Reminiscent of the infamous "woodie wagons" of the ‘50s, the Flex's aesthetic is notable for referencing a previous era without resorting to obvious retro styling cues. Woodie wagons, such as the type-defining 1953 Buick Roadmaster estate, featured wooden exterior panels towards the rear of the car. The Flex reinterprets this through four distinctive horizontal grooves set into the lower half of both front and rear door panels, and a brushed-aluminum tailgate finish.

Mini-alike
Indeed, the Mini was the vehicle that those we spoke to most associated this car with - but we'd suggest that's a good thing, as never before have we driven a car that's attracted quite so much attention. The Mini references don't stop at the white roof; the simple surfacing, proportion of bodyside to glasshouse, and chrome highlight line at the base of the windows also invoke thoughts of the British hatchback.

Trendsetters or empty nesters?
It's hard to pinpoint which market demographic will most appreciate the Flex. Ford's new crossover can be compared to the Toyota FJ and Honda Element - two cars designed for Generation-Y, focusing on outdoor, active lifestyle consumers. Both of these have caught the attention of urban trendsetters and empty nesters; to be considered alongside these vehicles, the Flex would appear to validate Mays' idea of "rewriting the people mover story".

Striving for premium
Judged against many American-market only cars, the interior is high quality - featuring many soft-touch plastics and leather on the door inners, as befits what Ford calls an upmarket, premium car. However, the seat leather and wood trim cheapen the effect; the cool minimalism and colors of the Fairlane are all but gone. One highlight however is the ‘Sync' system fitted to our test car. This in-vehicle communications set-up, co-developed with Microsoft, allows the connection and voice control of iPods, MP3 players, phones and other auxiliary devices. It works intuitively and is one of the best of its kind that we've experienced.

Superseding the SUV?
Ultimately, the Flex convinces on both a functional level - it feels spacious with one, or six, on board (in a way minivans often don't) - and, crucially, an emotional one, boasting a design that's truly different from the utilitarian norm.

Whether or not this is what an (apparently) downsizing Middle America is looking for, time will tell. But we don't think it's going too far to say that the Ford feels like an affordable, downscaled Range Rover. It's clear others agree, judging by the direction in which Chip Foose and Nelly took their customized Flexes at the recent 2008 SEMA show. If rappers think this minivan is cool, then perhaps Ford will not only succeeded in reinventing the minivan, but also in superseding the SUV.