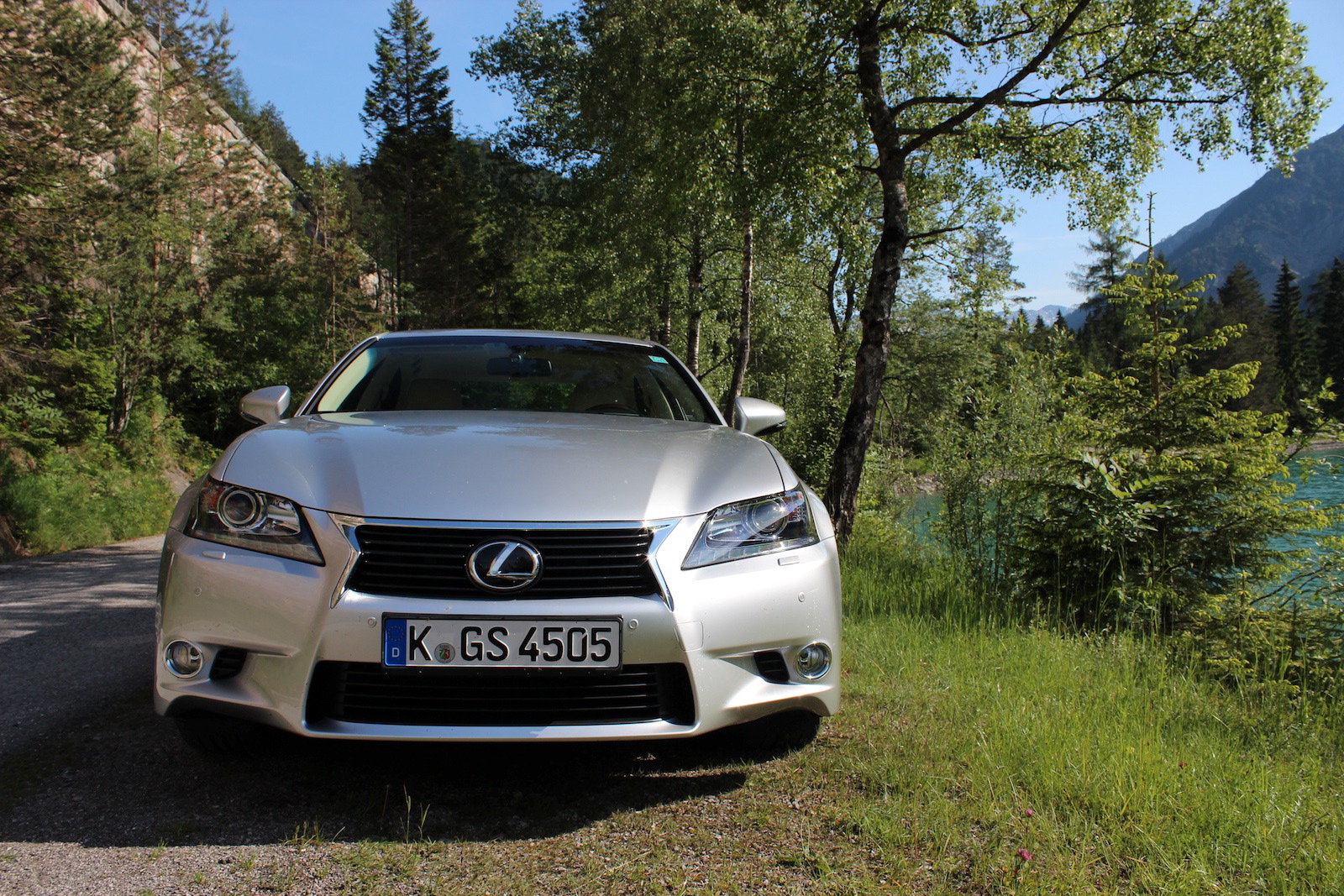 Lexus' new signature spindle grille is ripe for a facelift into a full-blown, double-height item. Click for larger images 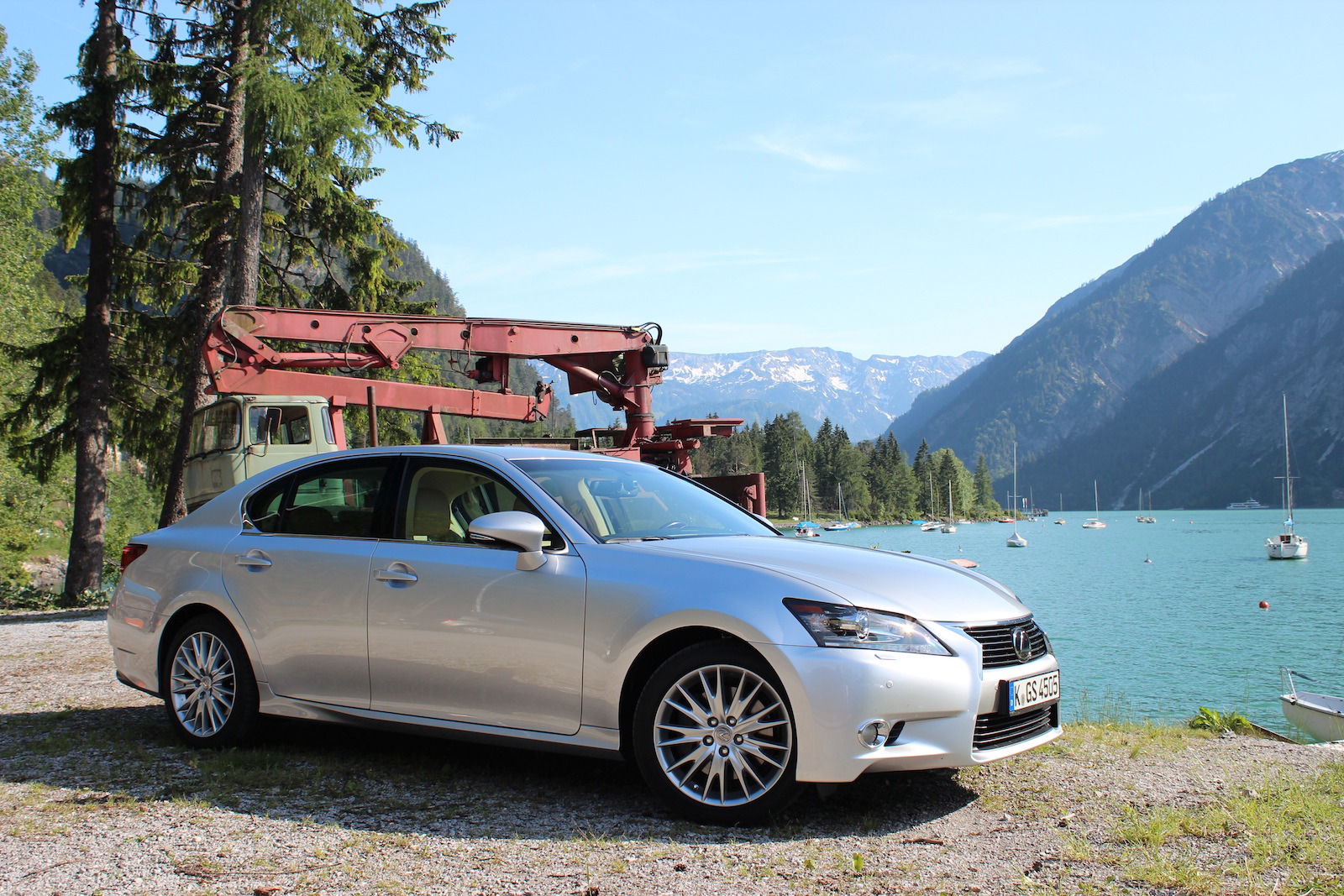 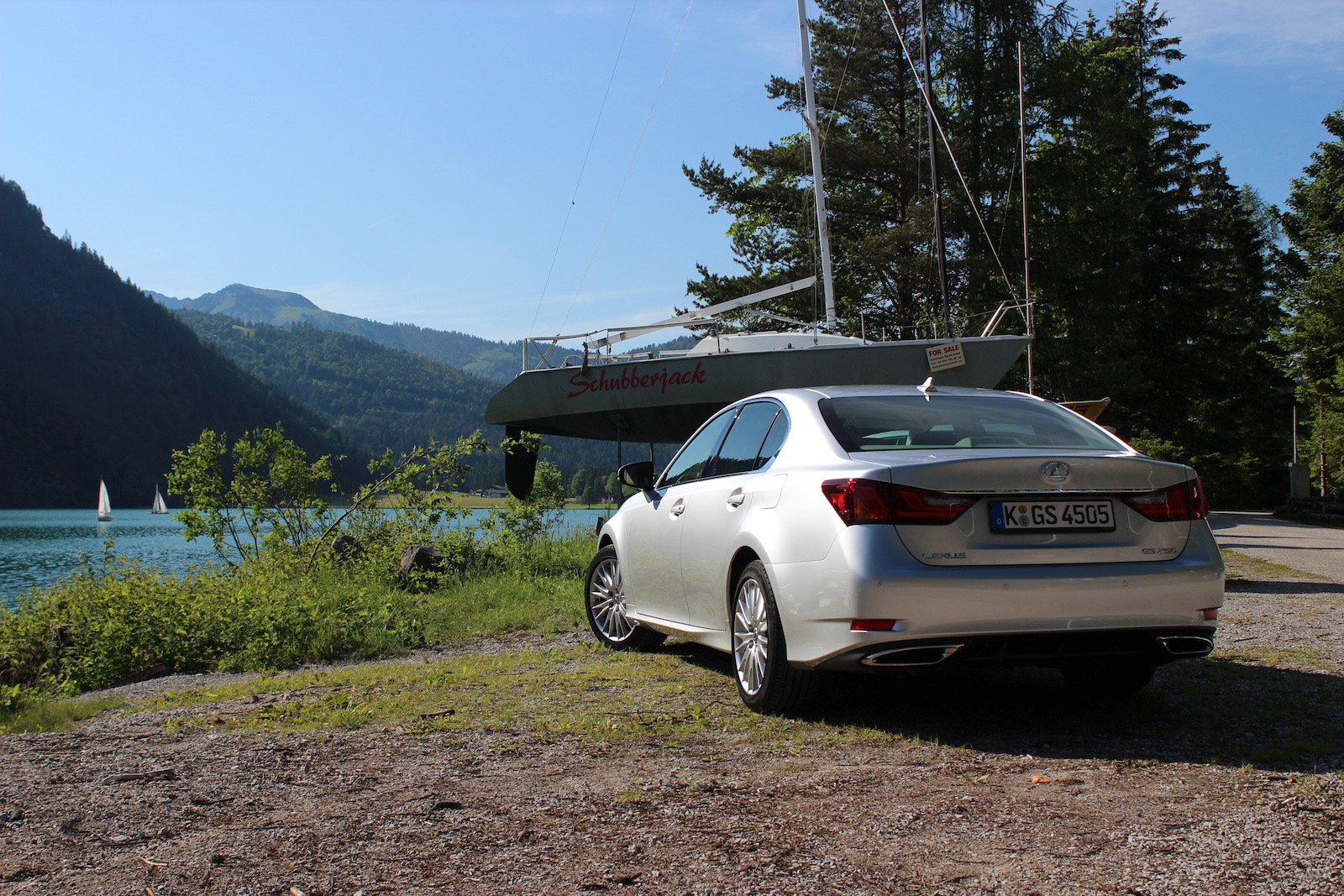 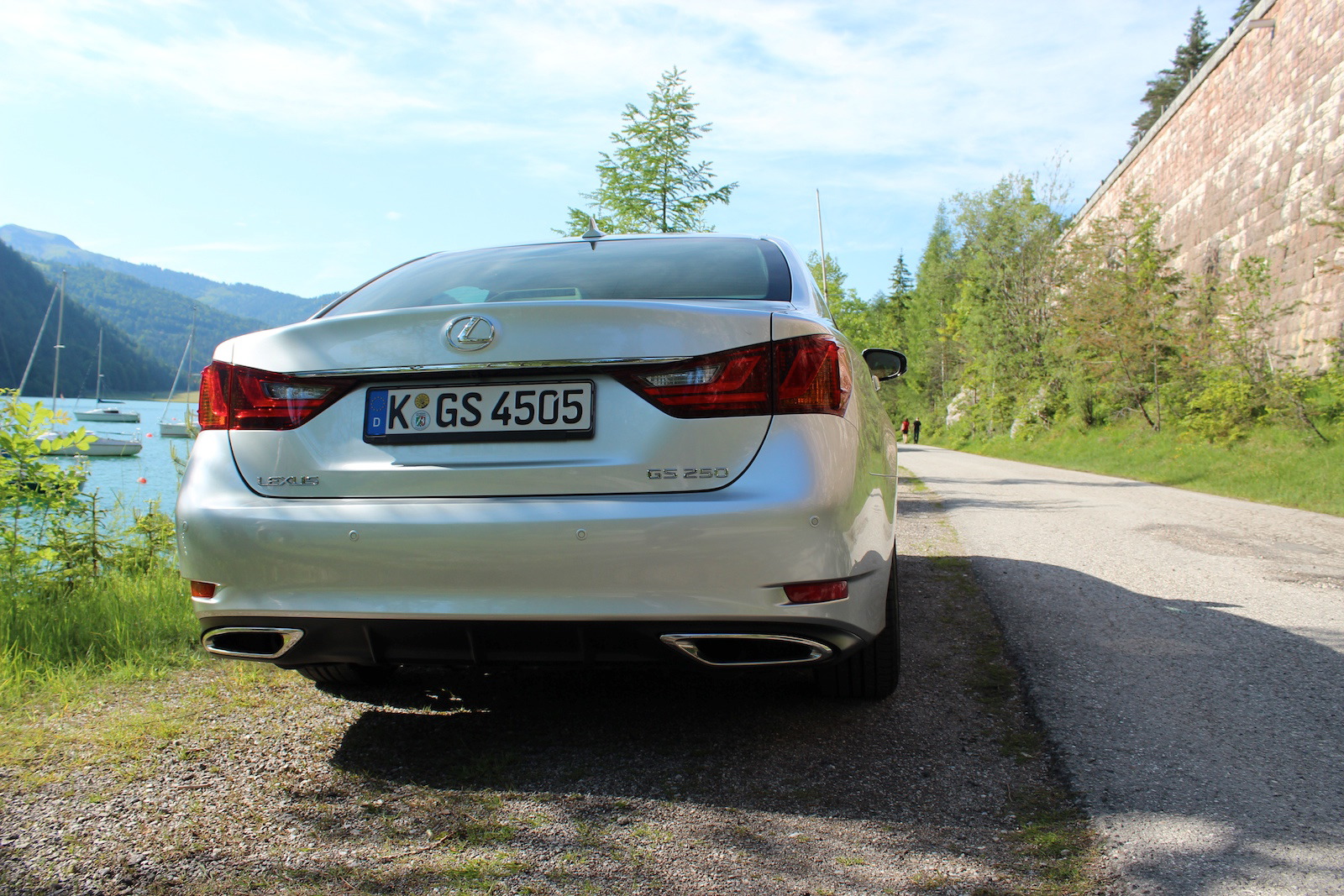 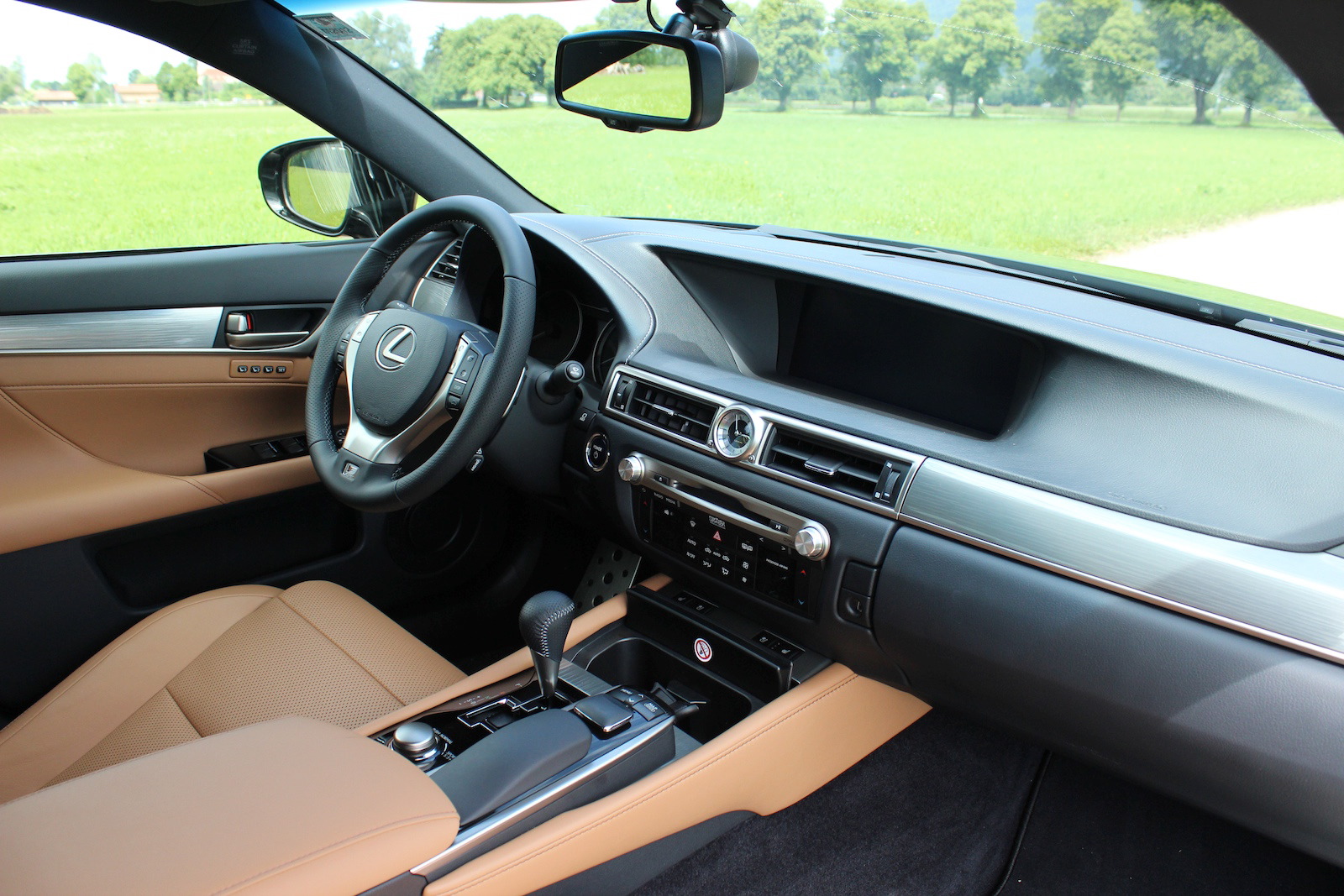 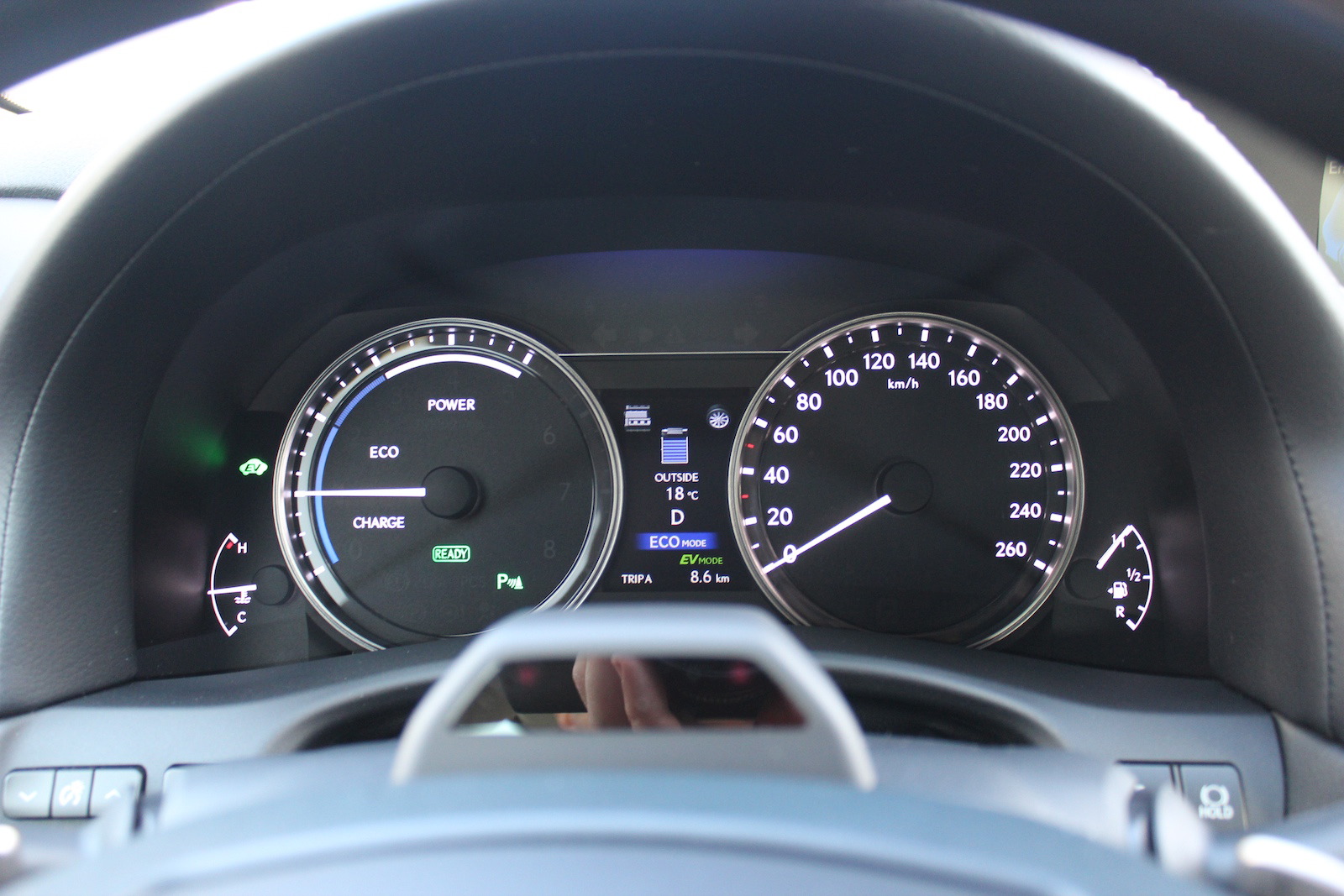 Semi-digital gauge pack is one of its most impressive features

Lexus' identity is still unclear, even 20 years after it launched. Toyota's premium brand has perpetually failed to establish a clear identity of its own due mainly to a lack of consistency and detail refinement across its products.

Can the new GS change these perceptions? On first encounter, no.

The new GS resembles an assembled mélange of cues from elsewhere: BMW E60 5 Series proportions, aggressive DRG of the single-frame grille Audis, and an indistinct daytime running light motif more reminiscent of Nike than the letter L for Lexus that's intended. However there is at least now a slowly evolving design language link between CT, GS and new LS. We're just unconvinced it's distinctive enough. 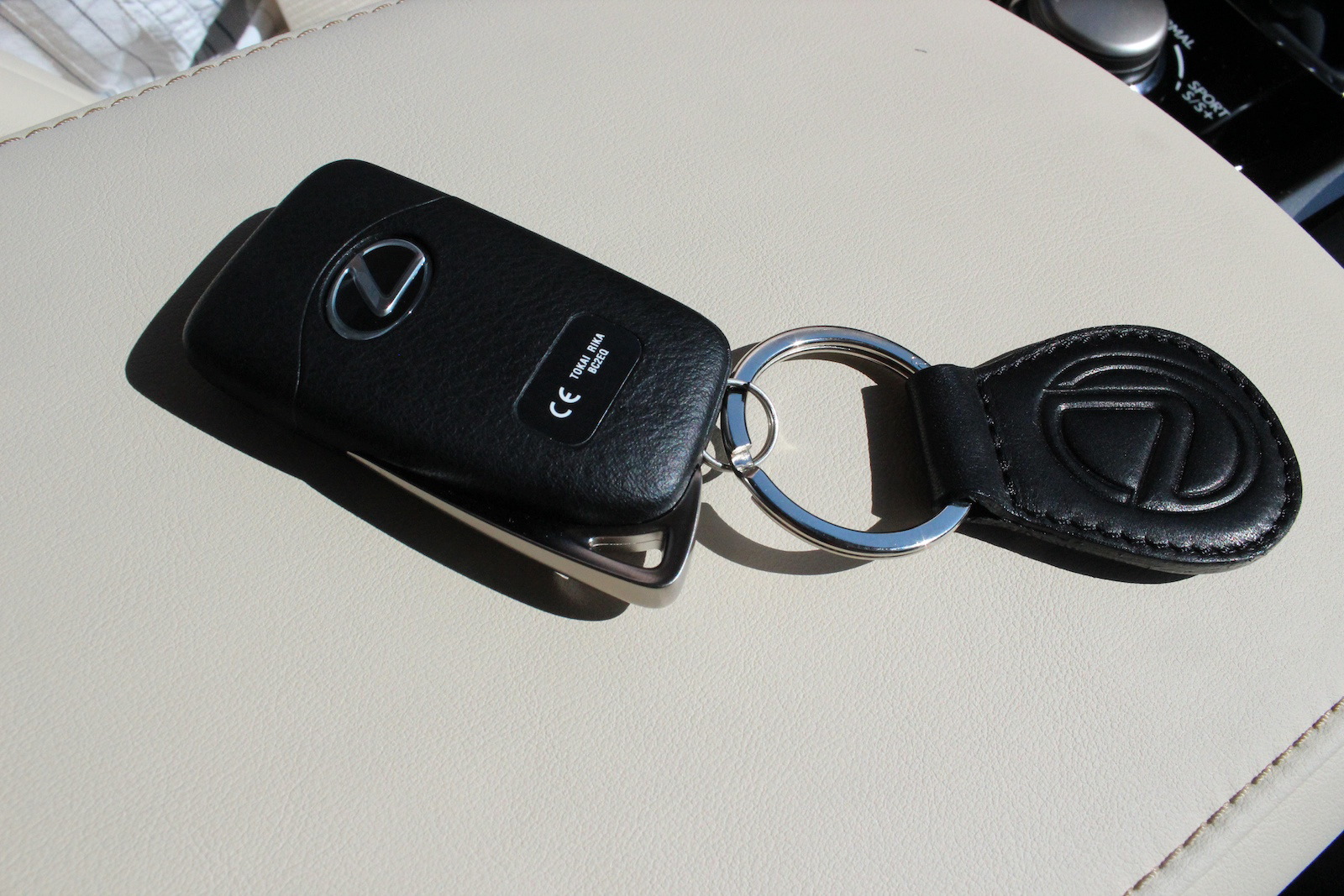 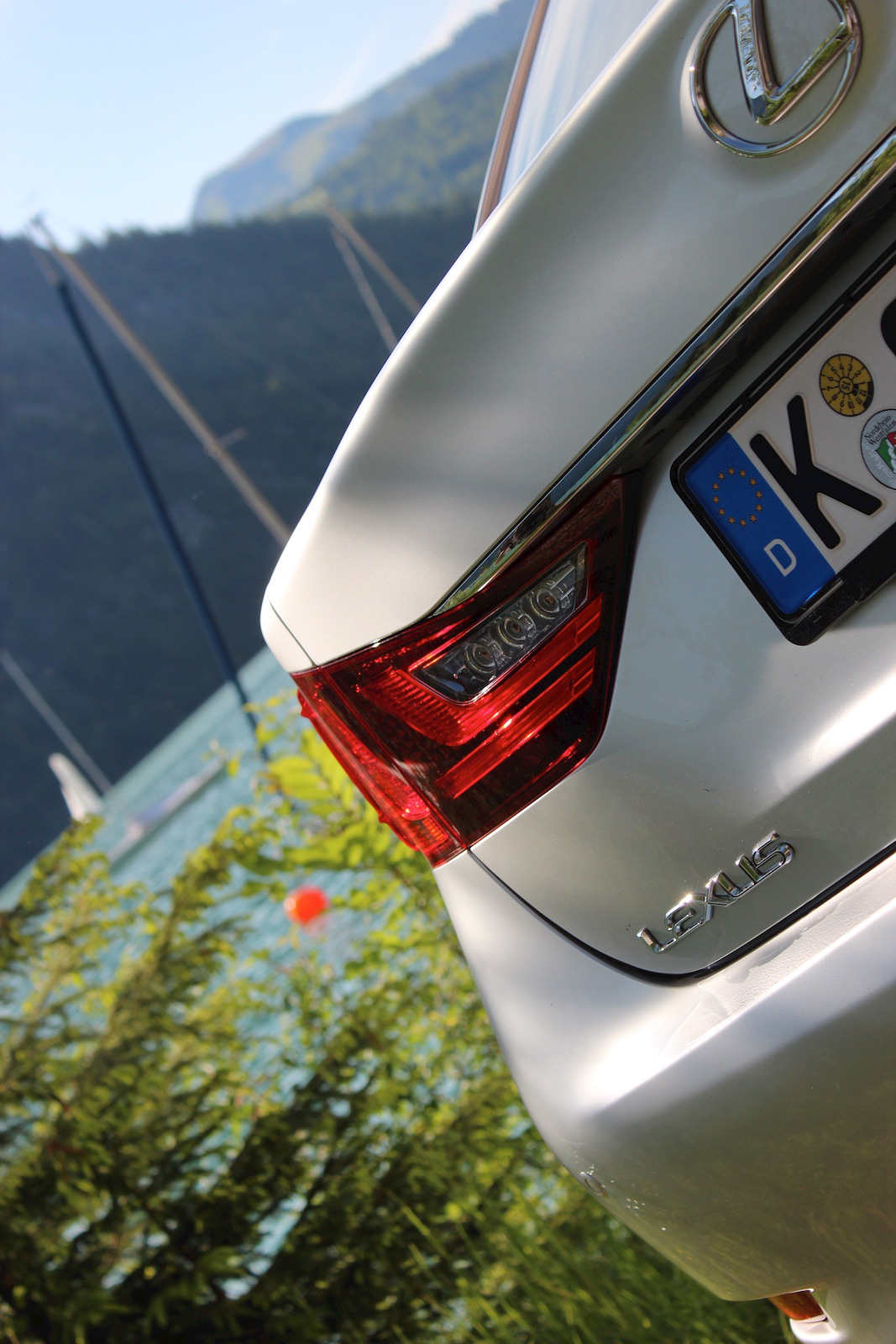 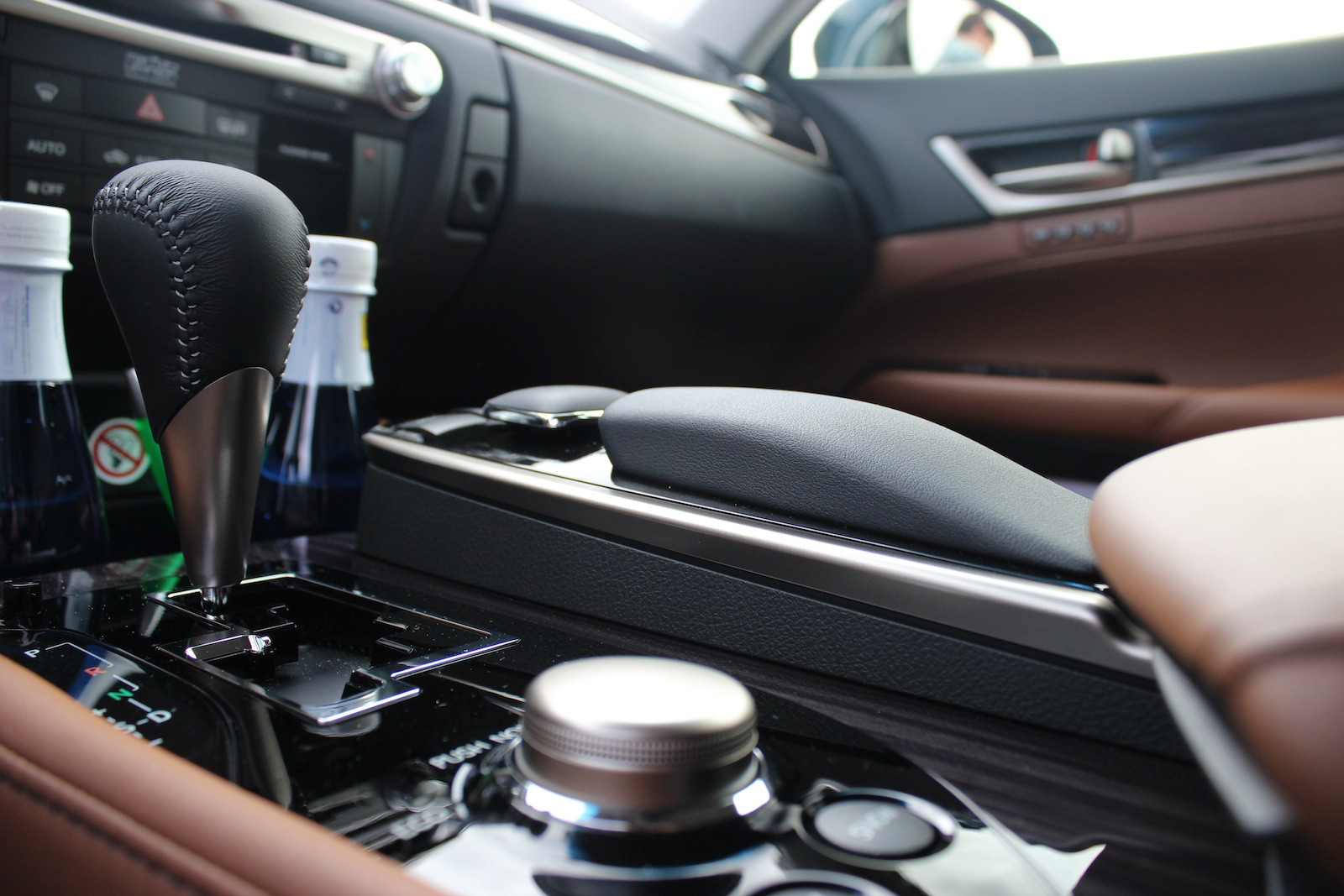 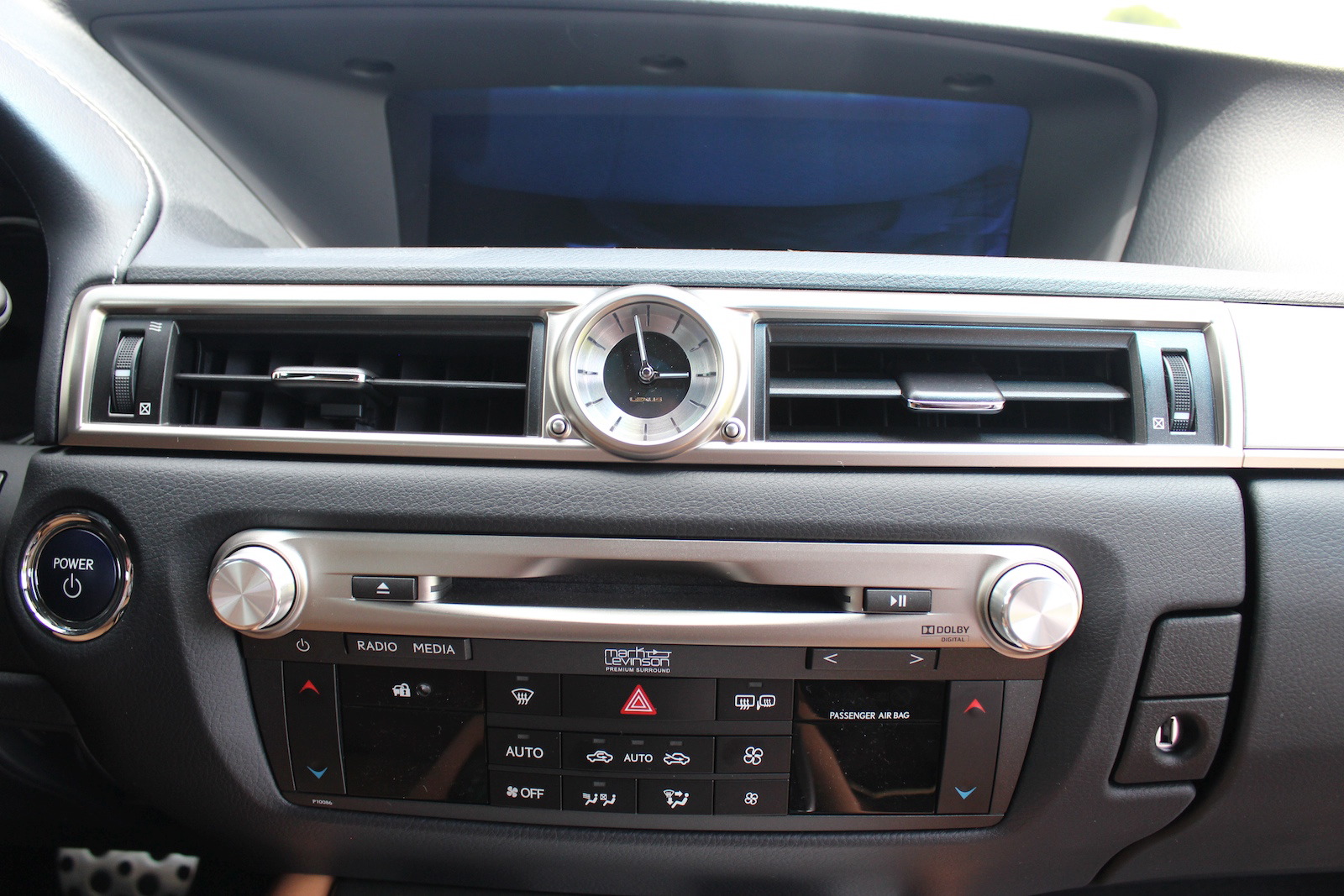 Center console is neat, with the new analogue clock dominating

More successful is how the GS fits within its class. It now feels like a large E-segment sedan unlike the outgoing car that felt almost half a class smaller as a result of its half-way house coupe/sedan roofline. This visual shrinking was to the detriment of sales in markets such as China.

Lack of distinction
But while its format may be more appropriate, the lack of differentiation is a missed opportunity. Lexus believes it appeals to tech-savvy, early adopter consumers; the kind of people who want everyone to know they have the latest, most technologically advanced devices. So why not stand out and make a stronger play of Lexus's hybrid-focused strategy?

Perhaps Lexus felt it could not justify focusing on this aspect of the car knowing that its competition all have imminent hybrid models of their own. But the company has an enviable ten-year lead on the others with the technology, one that could very quickly be forgotten by customers and lost as a brand advantage. It seems a shame a tiny blue hybrid badge is the only clue to the hybrid powertrain. Perhaps a study of Audi's merciless but subtle branding of its Quattro advantage is in order.

Best Lexus cabin yet
Inside, Lexus has worked hard to create a sense of occasion and this is by far the finest cabin of any of its cars to date (L-FA excepted). Yet the sports-sedan feeling Europeans capture is missing. The H-point has dropped by 30mm, but you never have the sense of dropping fully into the car as its scuttle is low and its DLO depth relatively generous (it's taller than the car it replaces). It makes the cabin feel airy, but you don't feel ensconced in the car. Forward visibility is good, however thanks to comparatively thin A-pillars. Only the elephantine mirrors interrupt the view ahead.

The IP architecture itself is appealingly lightweight and clean, the designers logically choosing to emphasize the 12-inch center screen with a sweeping upper IP hood, while pushing the rest of the volume back.

The instrument cluster is one of the most impressive aspects of this interior - blank when you get in, it comes to life on start up and is capable of flicking the left hand dial between hybrid-status display in eco mood and rev counter in sport with unbelievable graphical fidelity. It makes a Jaguar XJ's digital display, which felt advanced two years ago, look like something from Pacman's era.