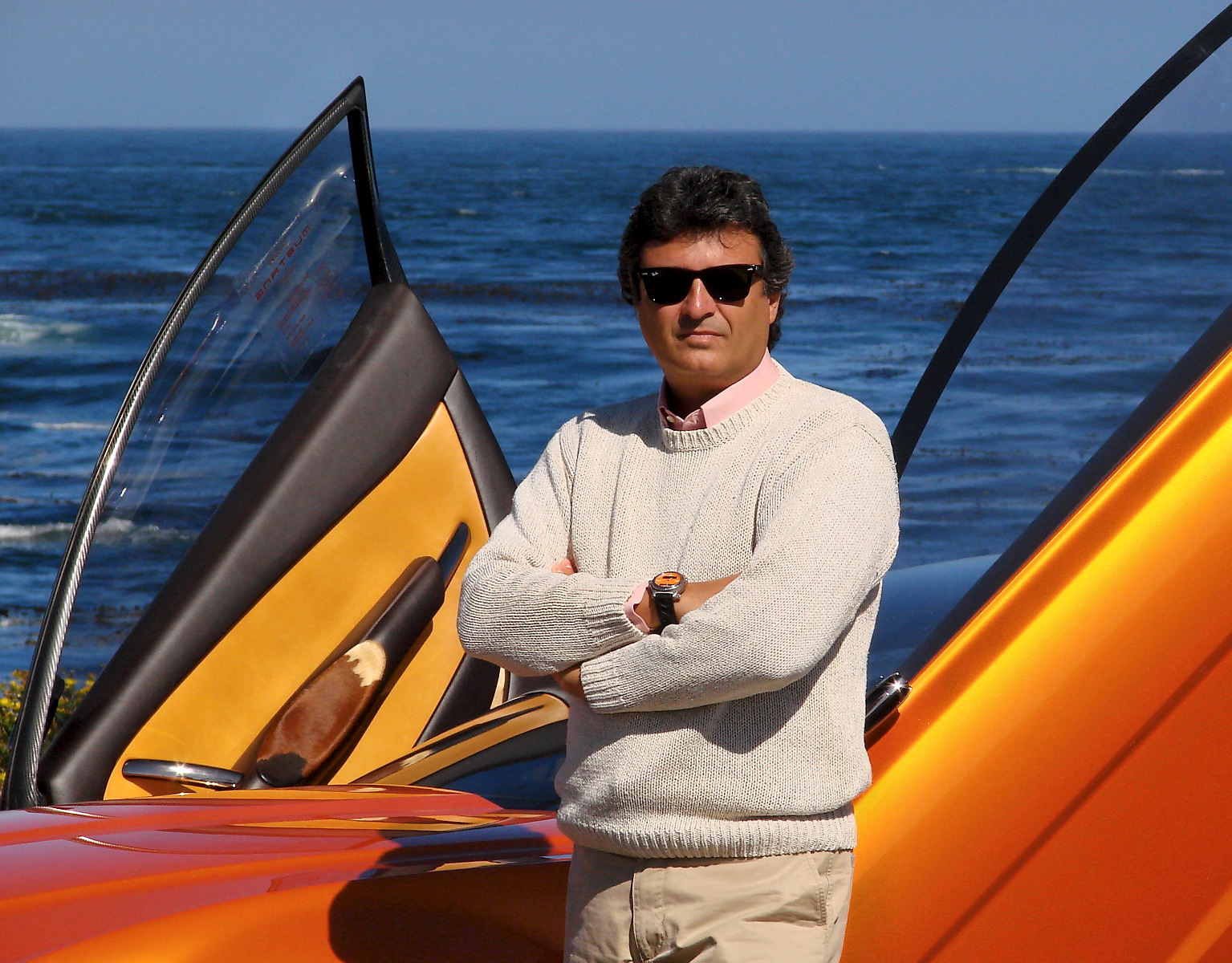 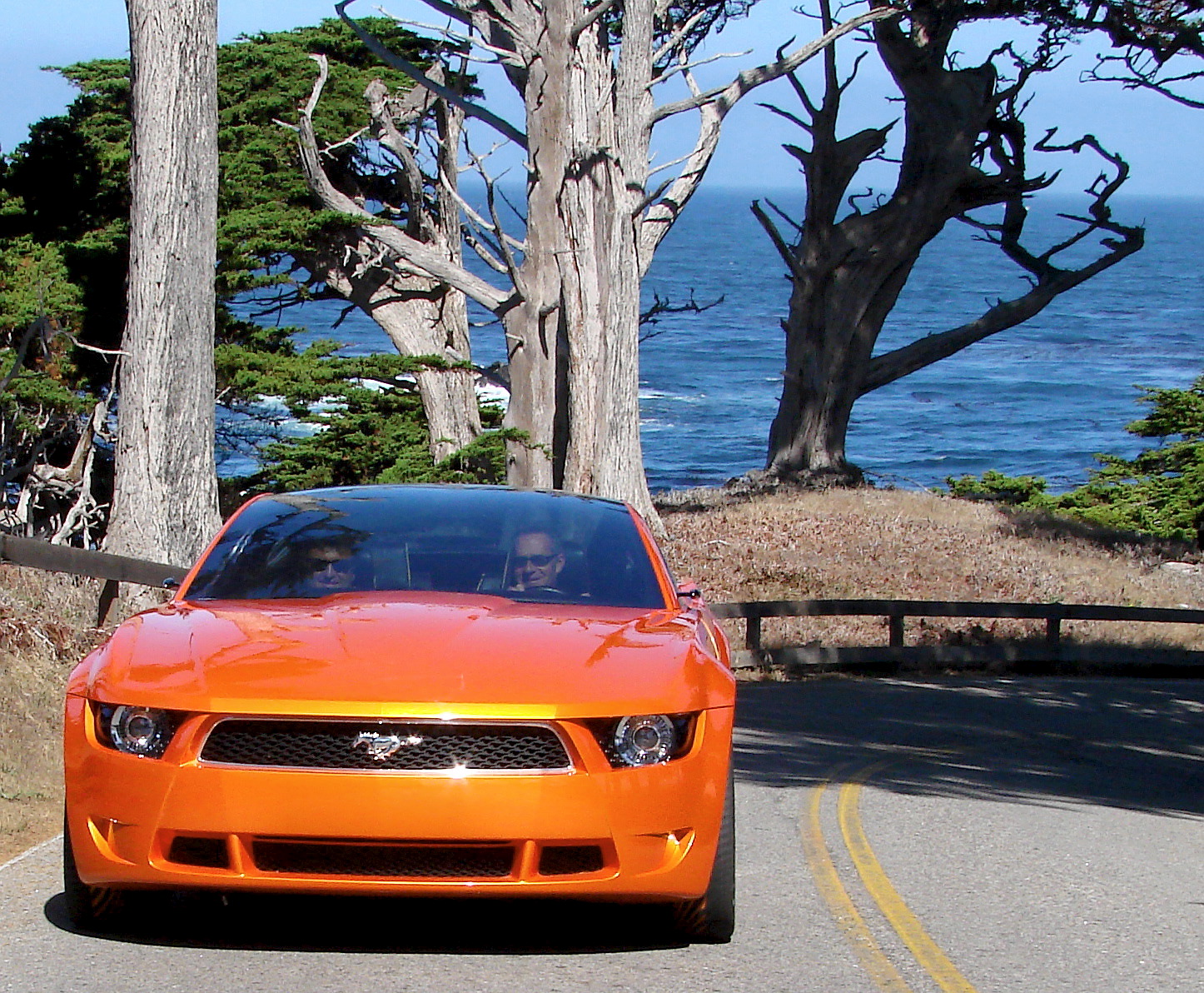 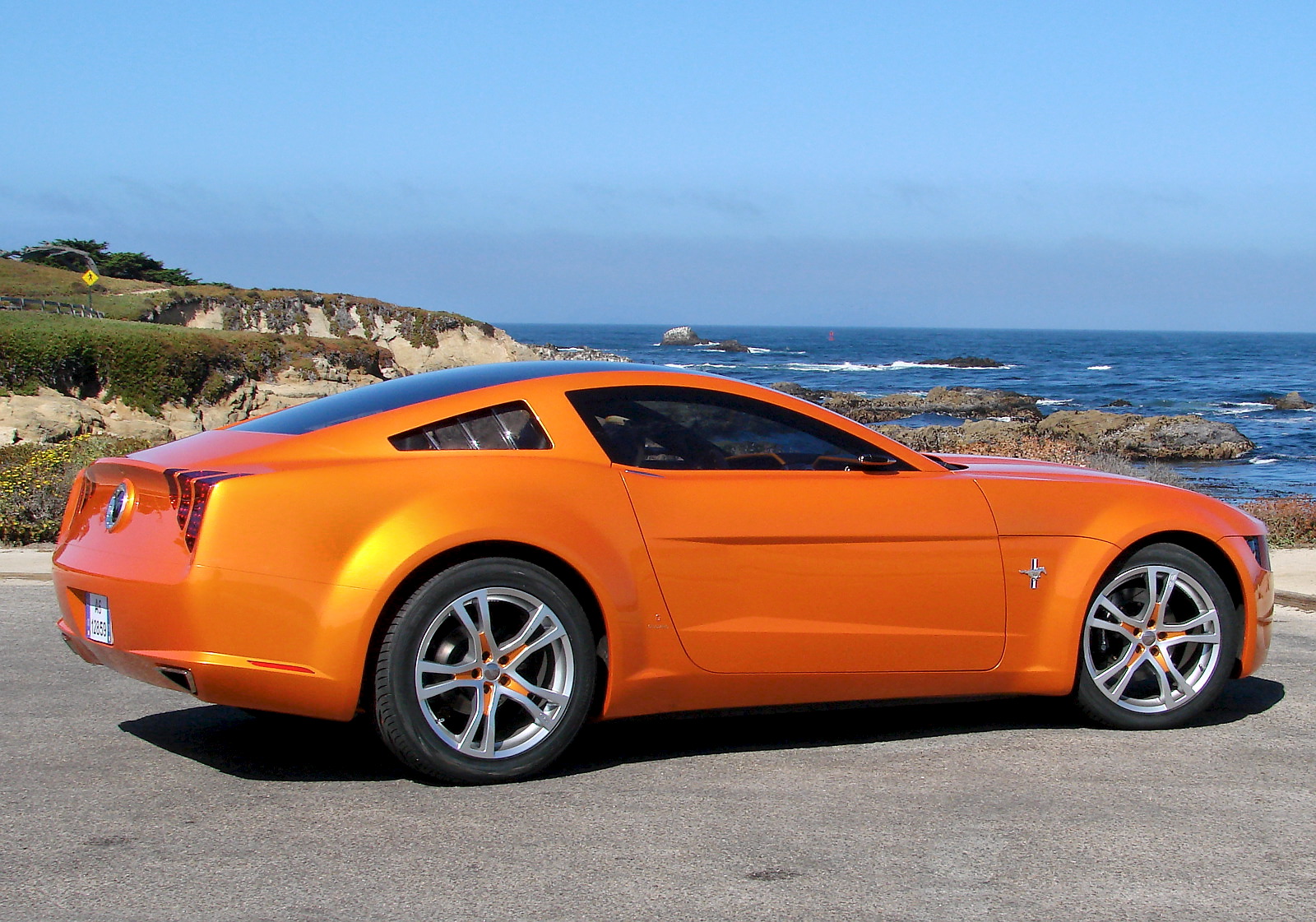 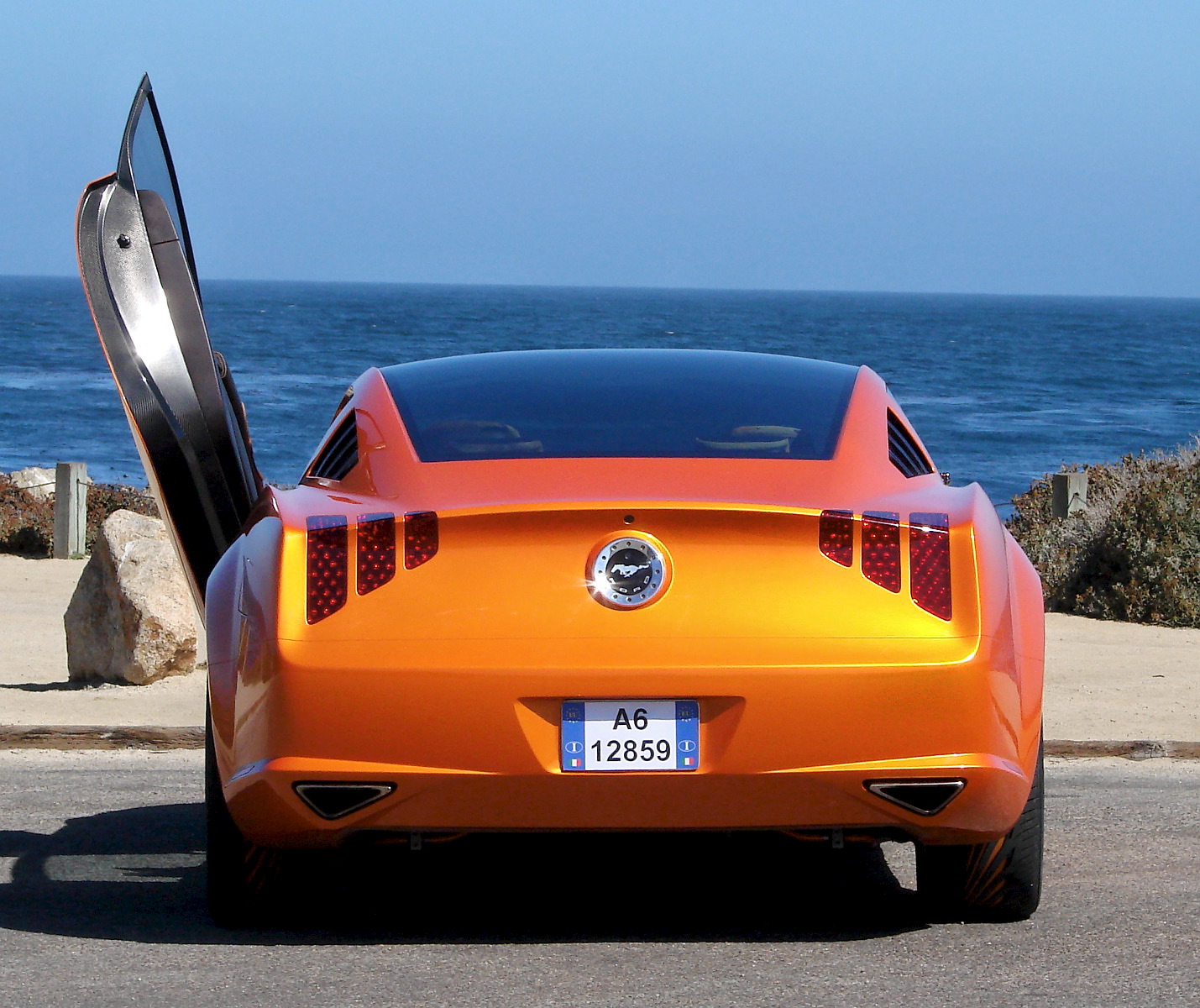 The sky is cerulean blue, there's a cool breeze coming from the ocean and the sun bathes The Lodge at Pebble Beach in a golden yellow blanket of light. It's August 17th and in the run-up to the Pebble Beach Concours d'Elegance we've had the good fortune of meeting Fabrizio Giugiaro to discuss his objectives and results of his Mustang design. 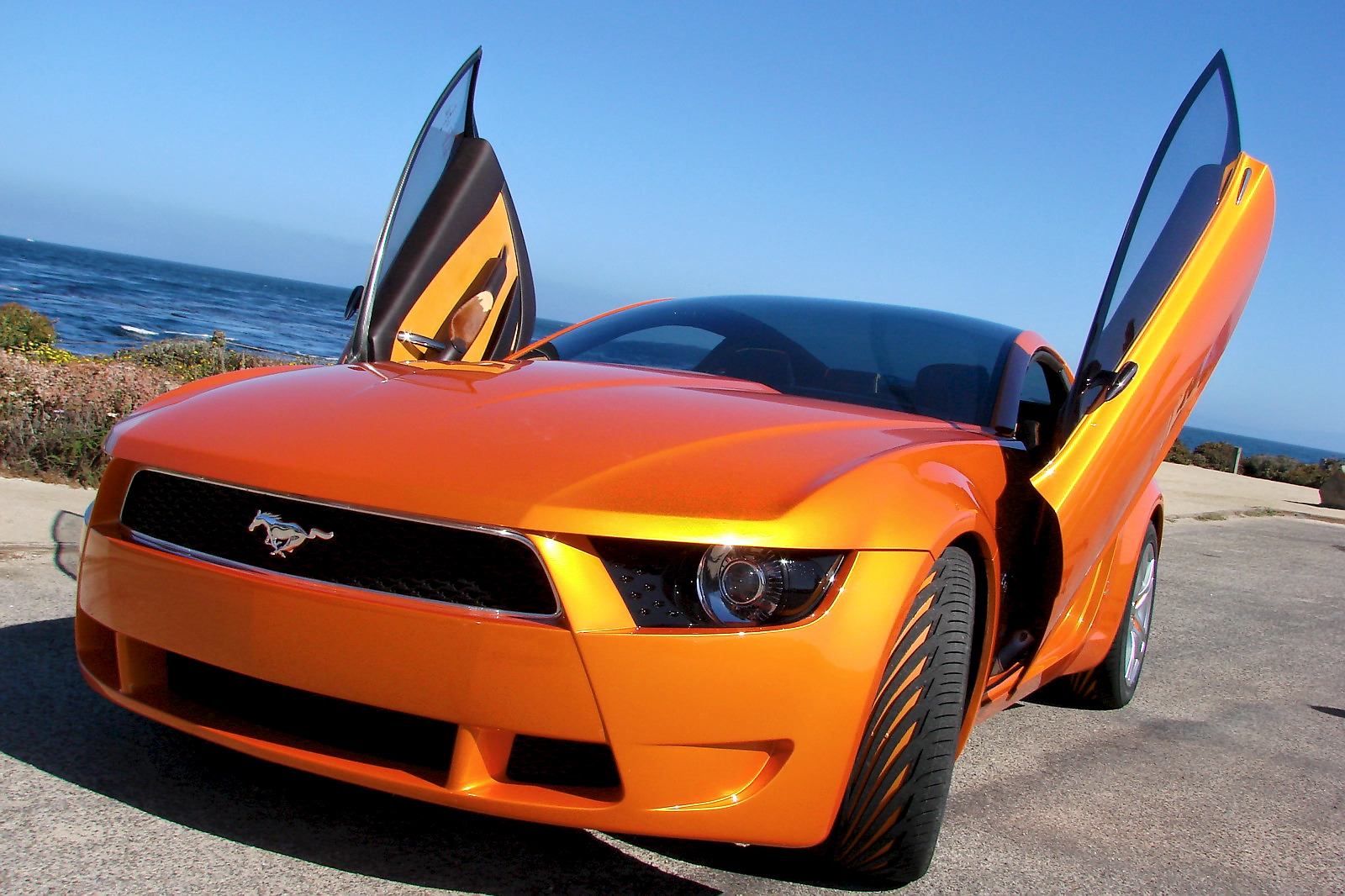 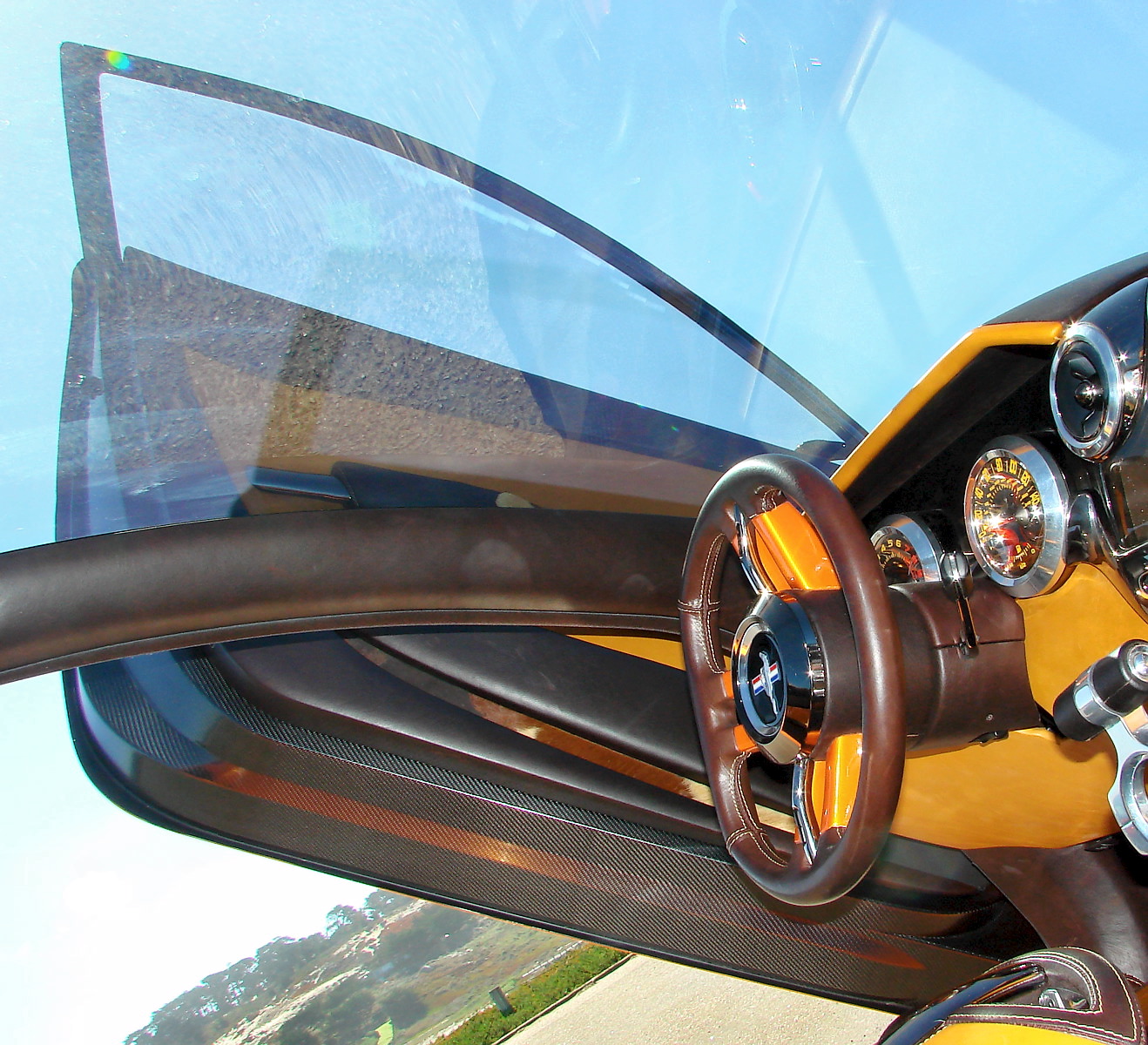 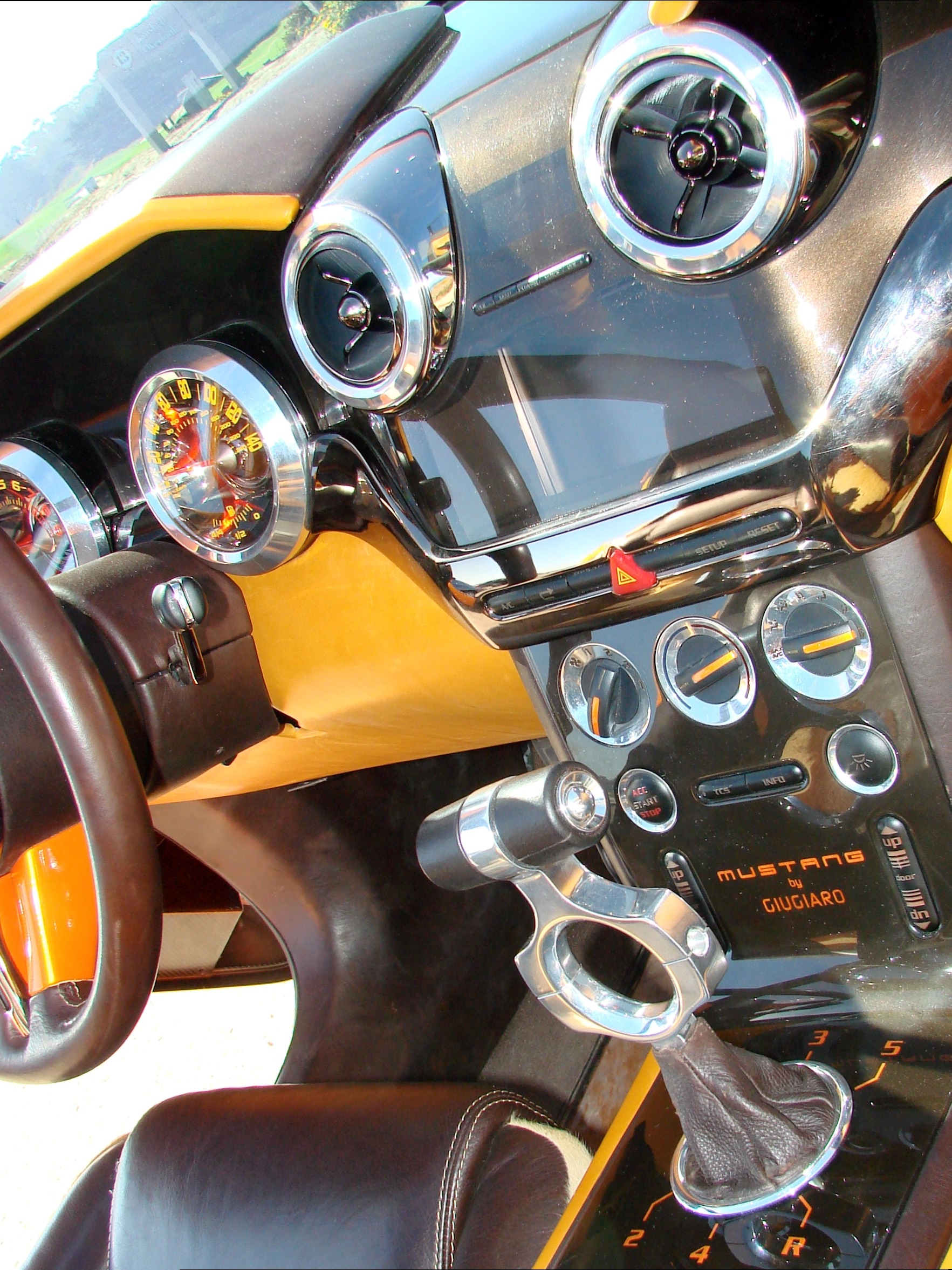 Fabrizio makes clear it was his idea from the start. He explains how he holds a special passion in his heart for certain American cars, and not from an aloof Italian designer perceptive. The Chevrolet Corvette Moray unveiled at the 2003 Geneva Show was Ital's first pioneering path down this American road, proof that the designer's passion is genuine.

In early 2005, Fabrizio had a conversation with J Mays about his idea to do a Mustang. Fabrizio sees the Mustang as not only being "far from a European sports car" but also "a real-world car that does what people want it to do". He described the Mustang DNA as a "culture" or cult, whereby the mechanicals are simple, the horsepower high and the overall package as fun, not too extreme, but comfortable. Not like a Ferrari.

J encouraged Fabrizio and the Ital team to really reach out on the interior design. As a result, it seems that Fabrizio took responsibility to re-define the boundaries of interior and exterior. The doors feature scissors-cantilevered helicopter mechanisms that open electronically. Once the doors are up, they more resemble the wings of a fighter jet, ready for action. However, a look inside the car reveals that, with the real cowhide surfaces, this is no helicopter or fighter jet, but rather the environment an executive jet interior.

Fabrizio invites us into the car for a drive. After the doors close quietly but snugly, the first impression is the lack of a windshield header, and the clear, sweeping roof panel. The roof is entirely transparent. The material used is a crystalline composite that was developed by Solutia of Detroit.  According to Solutia, it "filters out 100 percent of the UVA rays, thereby ensuring optical continuity of the shape while protecting the occupants from an overexposure to sunlight."

A quick glance through the rearview mirror indicates that rearward vision is better suited through a display in the center of the IP. While this feature is not unusually difficult to get accustomed to, it is the lack of side view mirrors that have been replaced as displays in the IP that is a challenge.

"I decided to design this interior with two objectives." Fabrizio explains. "First, to enhance the Mustang theme, symmetrical to the driver and passenger sides, and secondly, to introduced modern electronic displays."

As the Mustang fires up, it is immediately apparent that this 4.6-liter V8 is not a factory standard high performance engine. 500 supercharged horses await as the 5 speed transmission is coaxed into first gear. And as we pull away from the front door at the Lodge, the crowd that has gathered around steps back in the wake of the rumbling exhaust tone and the whirl of the supercharger.