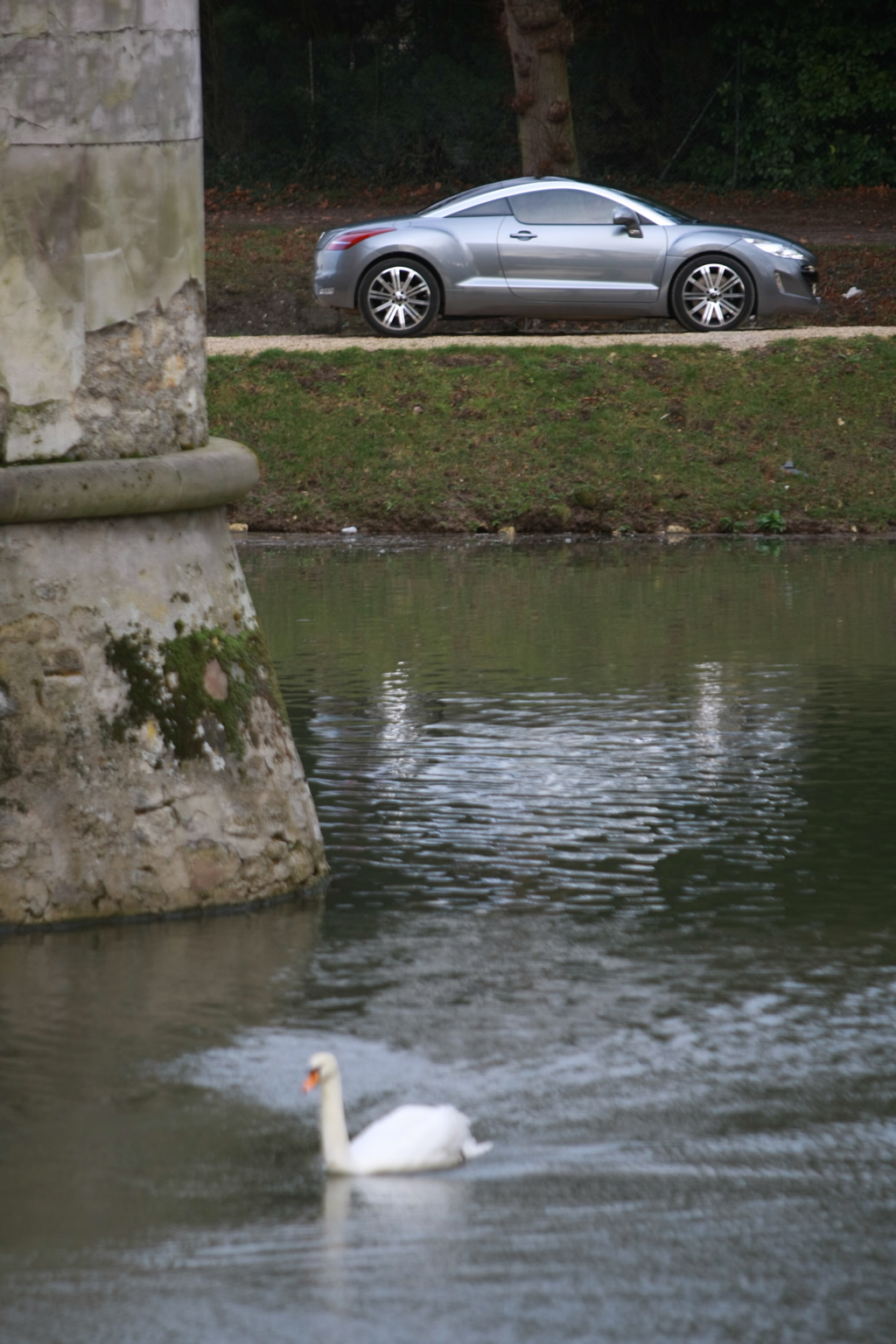 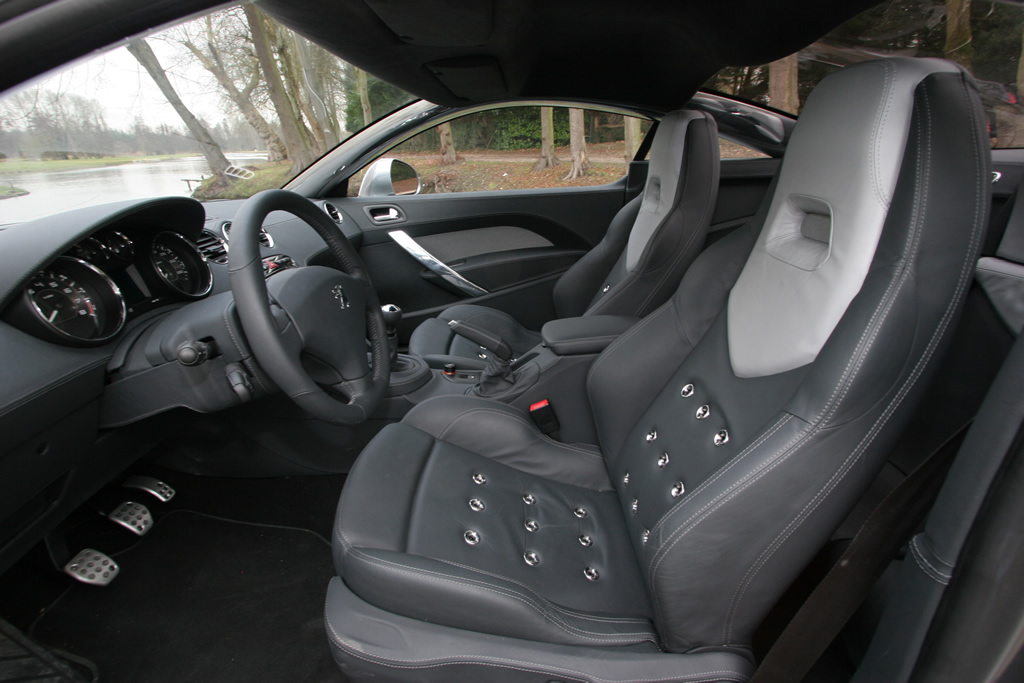 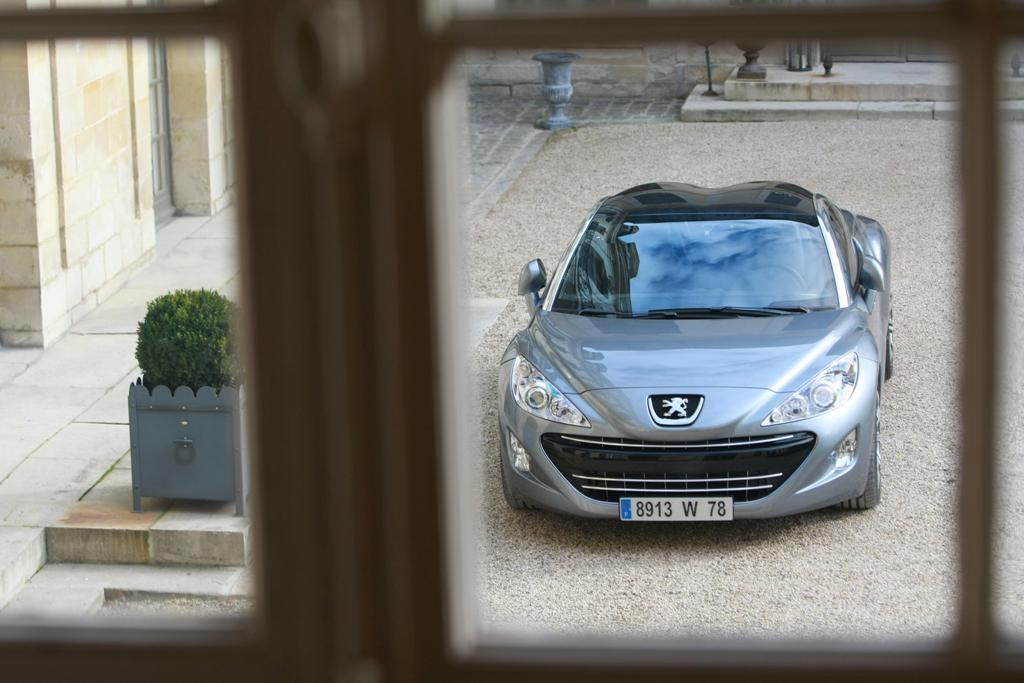 The deliciously curved roof rails are made from aluminum and will remain so in the production model. It's only at either end that things go slightly wrong. At the front the stock Peugeot gaping grille and swept back lights is a love it or hate it affair. And from certain angles the rear deck looks huge and clumsy. Its length does however perform a second function other than to cloak a handy 415 liter trunk: it performs sufficiently well at managing the air flow that Peugeot hasn't had to sully the lines with a rear spoiler. Bespoke 19-inch wheels, the first of this size on a 308, finish off the look. 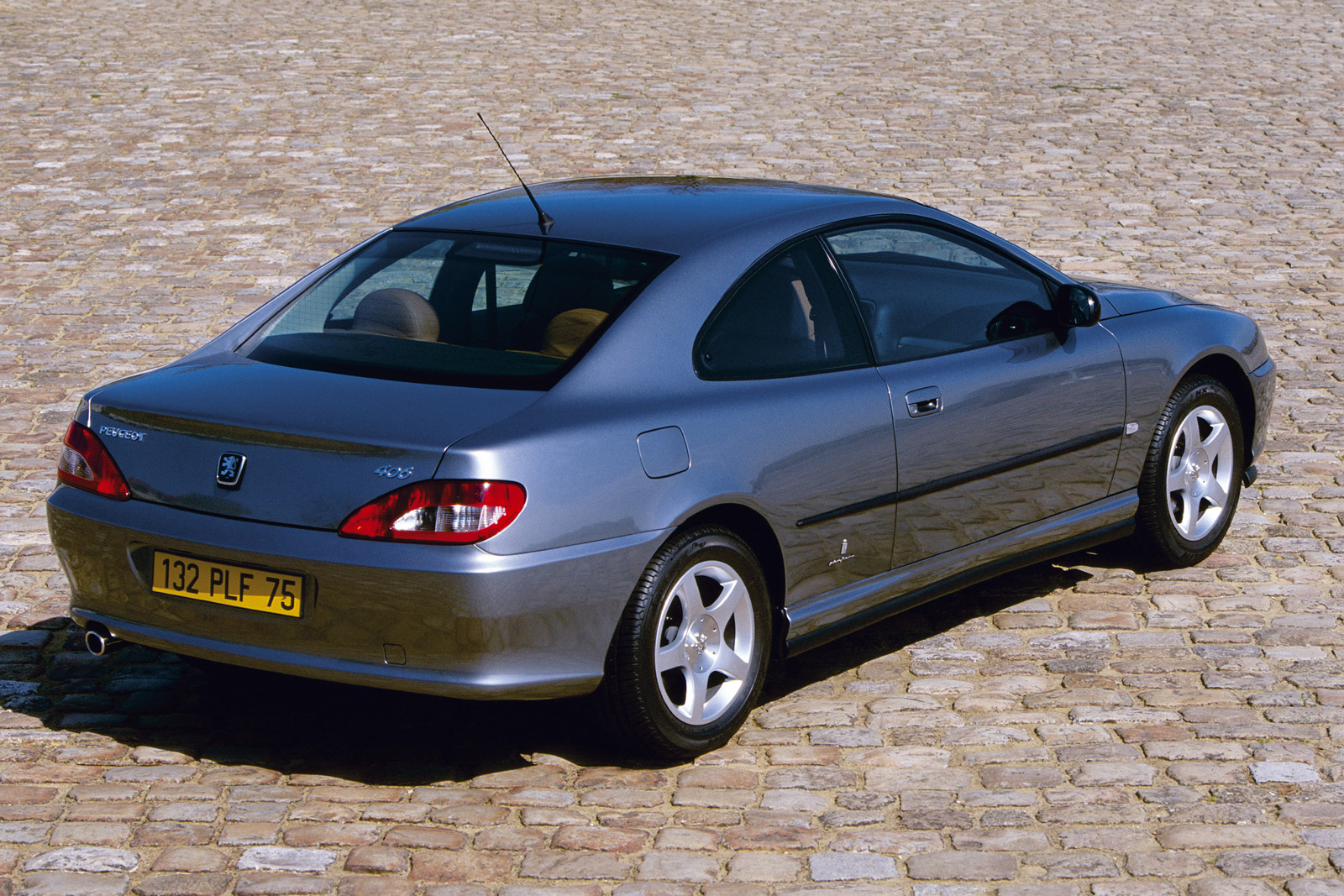 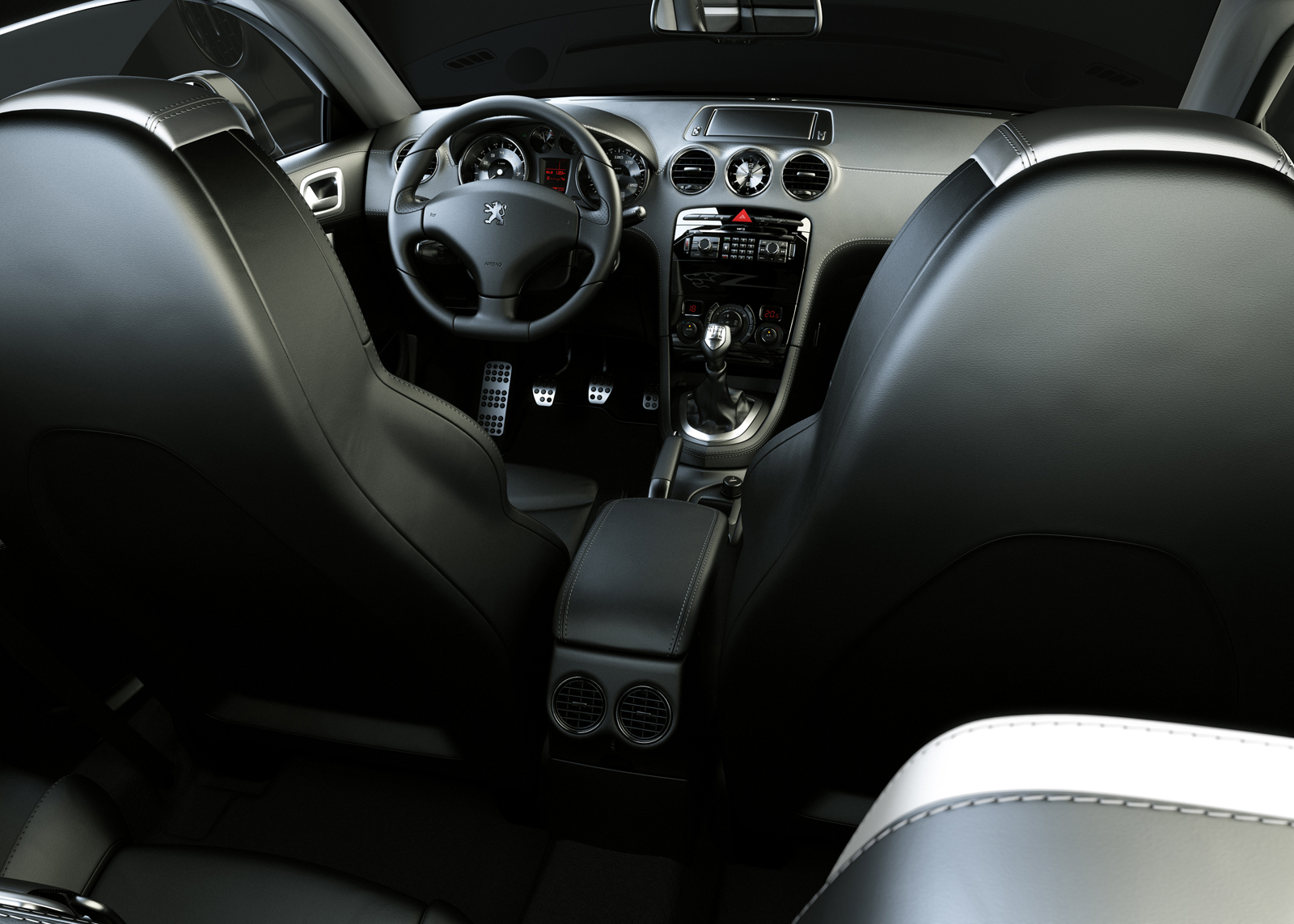 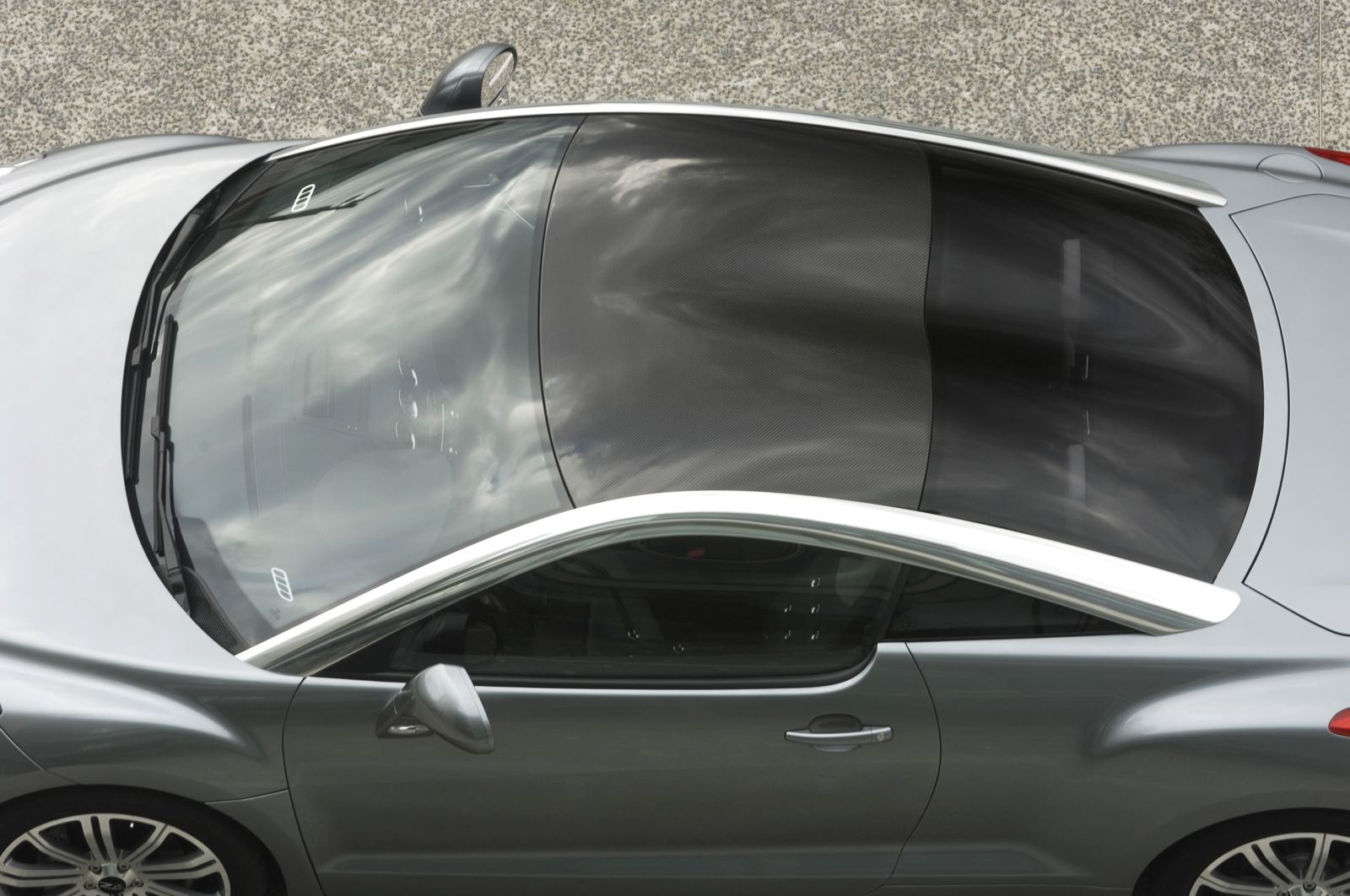 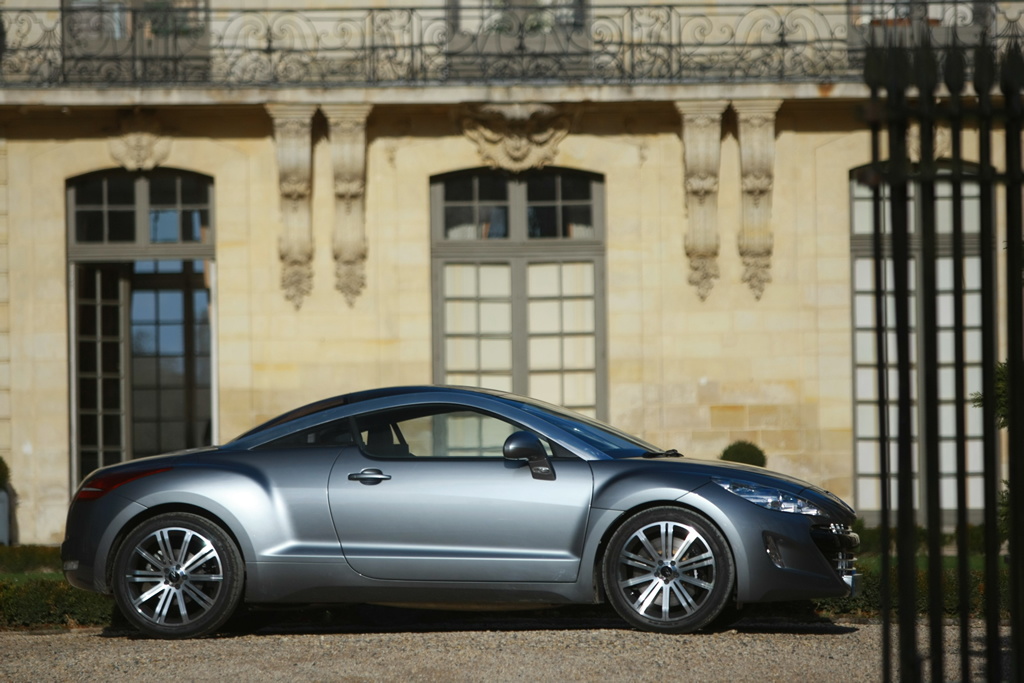 The interior will be familiar if you know the 308, yet different at the same time. The dashboard and door inserts are clad in neatly stitched leather. And the center console is covered in piano black. Above it a Bell & Ross clock splits the two circular air vents. The seats are stylish, supportive and comfortable buckets with polished aluminum eyelets. And with a rake and reach adjustable steering wheel you can get a comfortable driving position with the lowered seat giving the gear lever a raised feeling like a touring car racer.

However, there are a couple of letdowns. Having the cigarette lighter on display next to the handbrake looks crude and the steering wheel appears to have been lifted directly from a Partner van. The rear seats meanwhile are pretty pointless, with near vertical backs and no leg room.

But those are trifles. The overall effect is of a sporty coupe that visually at least doesn't betray its more staid mass production roots. Beneath the bonnet of the concept there's the same 1.6-liter turbo engine that graces the Mini Cooper S and Peugeot 207 GTi. But in this car power has been boosted to 218bhp. For a price that it's claimed will start at £19,000 that should make for a fun package.

More importantly for Peugeot, however, it'll be entering a sector that looks as though it's about to bloom. Audi has moved its TT upmarket and away from the original model's Volkswagen Golf basis which leaves just VW with its soon to be unveiled Scirocco as a competitor for the 308 RCZ. And judging by the Renault Clio driver who reversed 500 meters along a road to take a clearer shot of the French firm's newcomer with his phone's camera, on looks alone, this Peugeot will be an eye-catching rival.