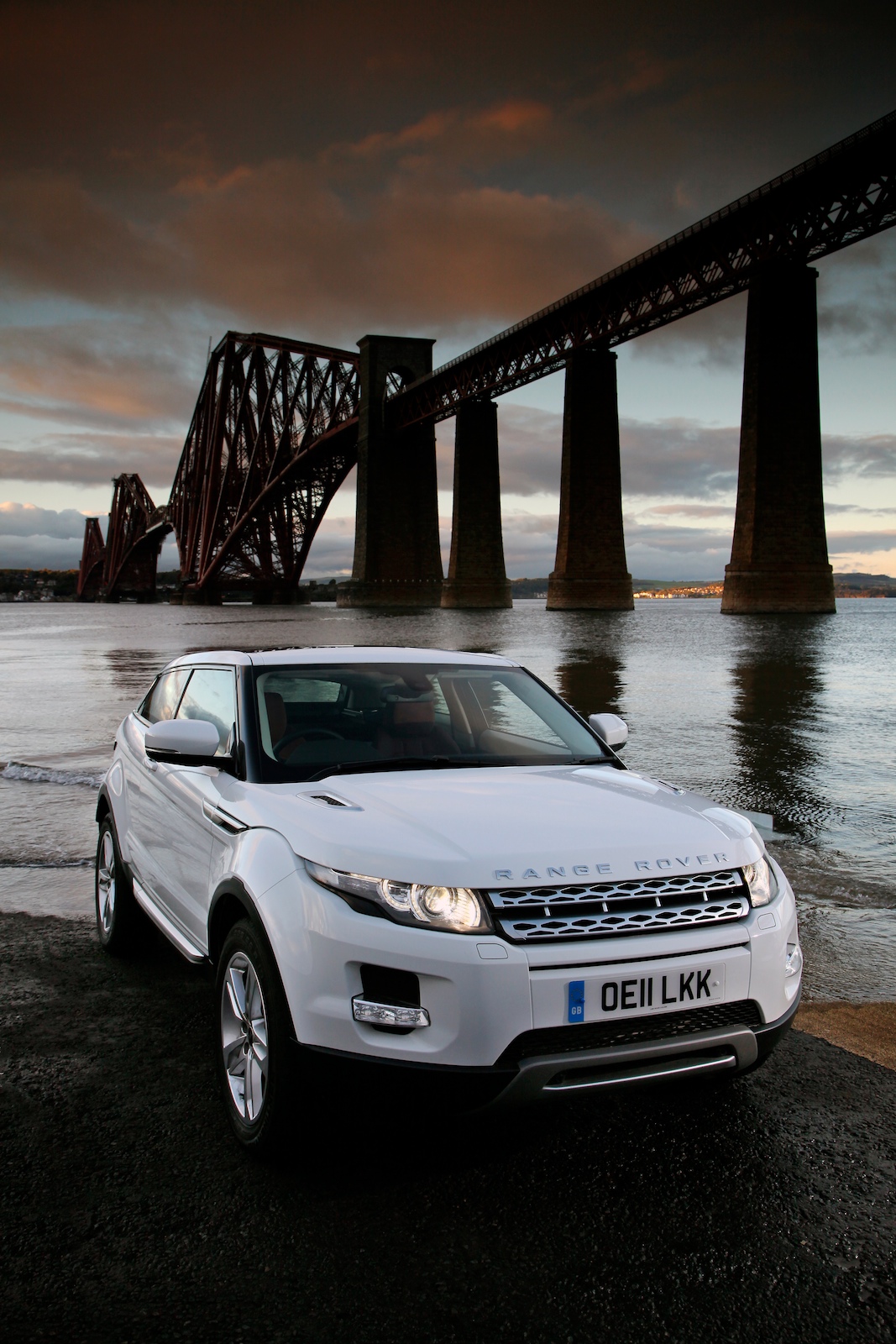 The Range Rover Evoque by the famous Firth-of-Fourth rail bridge, near Edinburgh in Scotland. Click for larger images 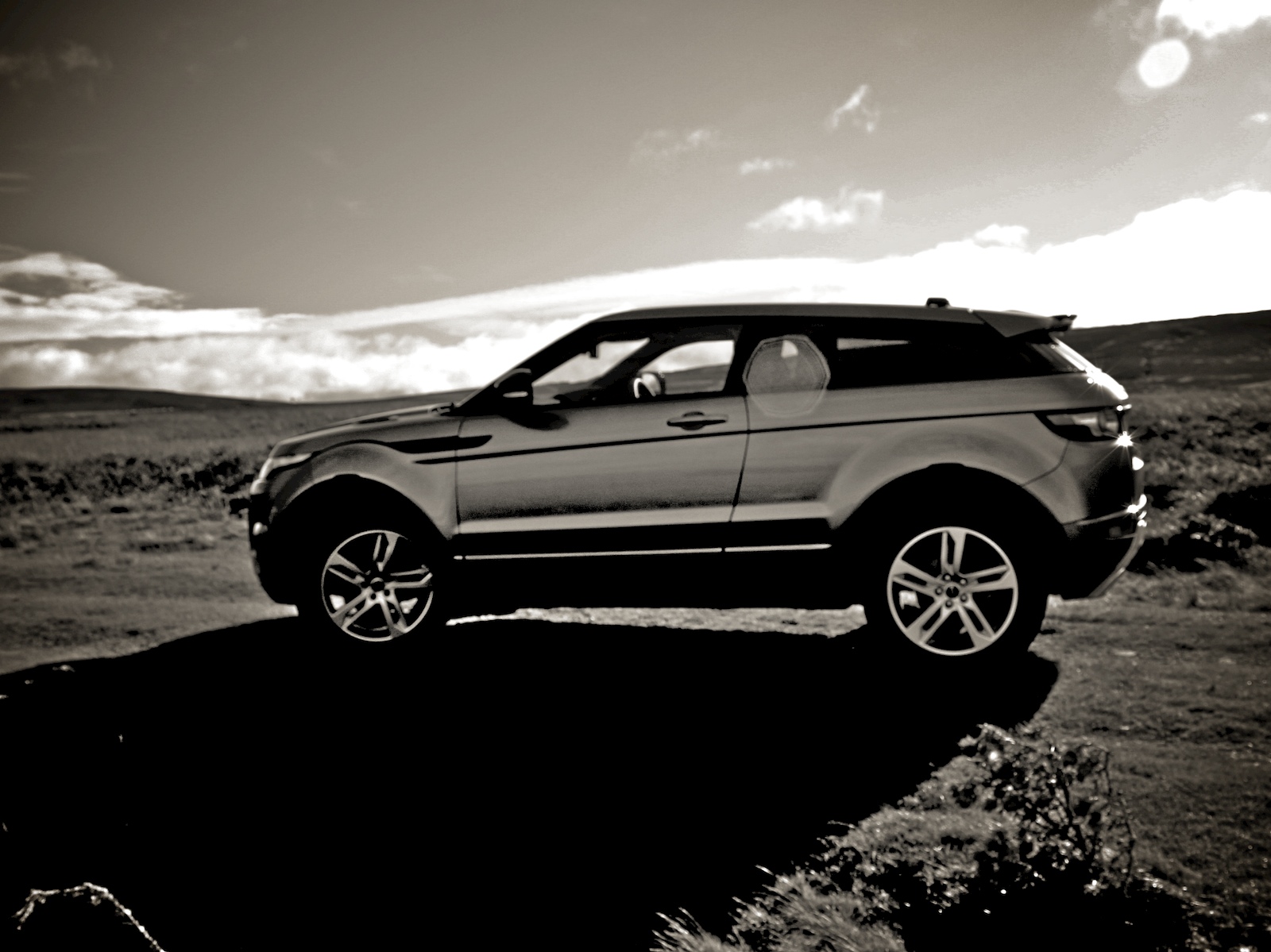 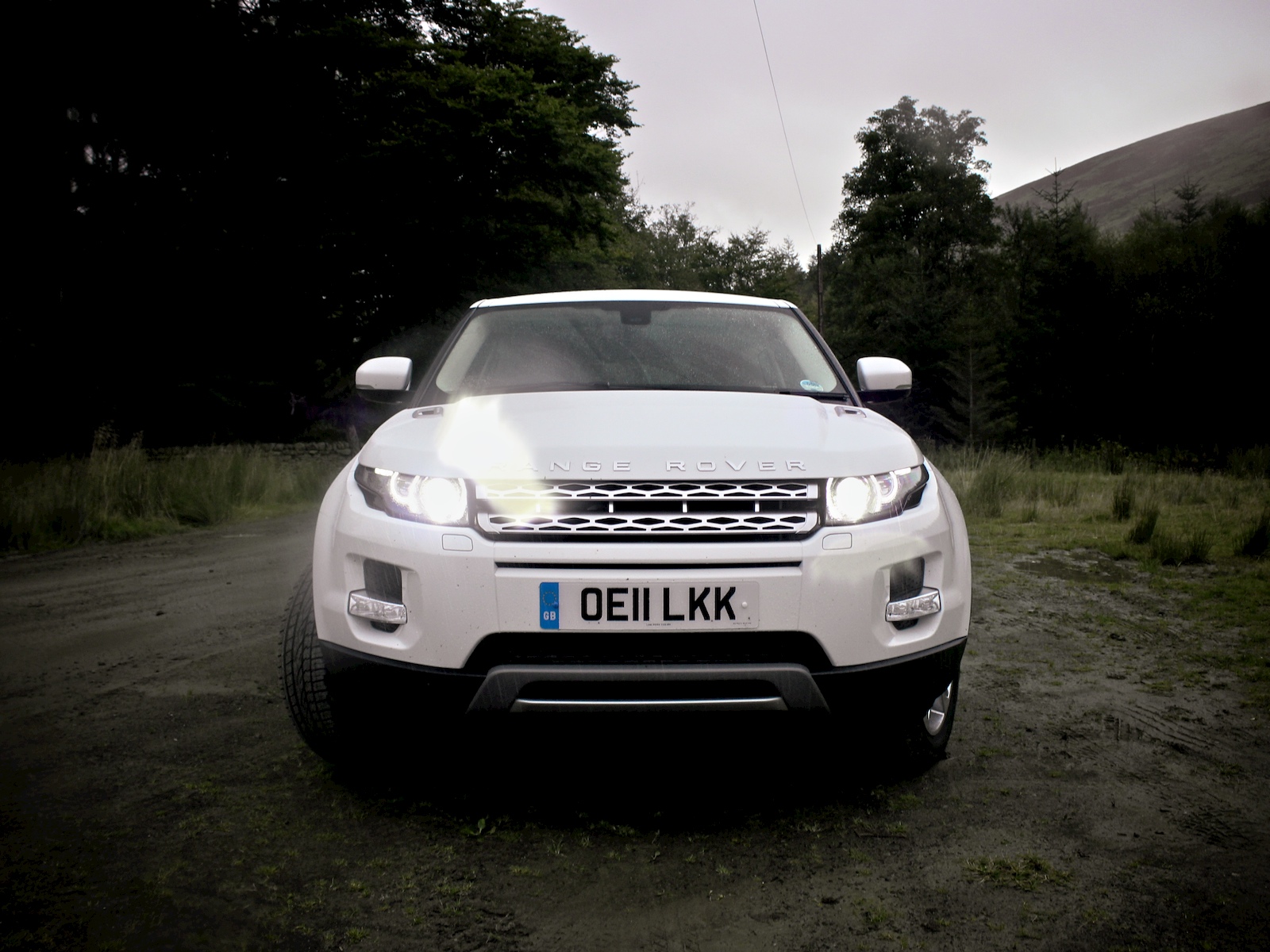 DRG one of the most successful aspects of the car's design 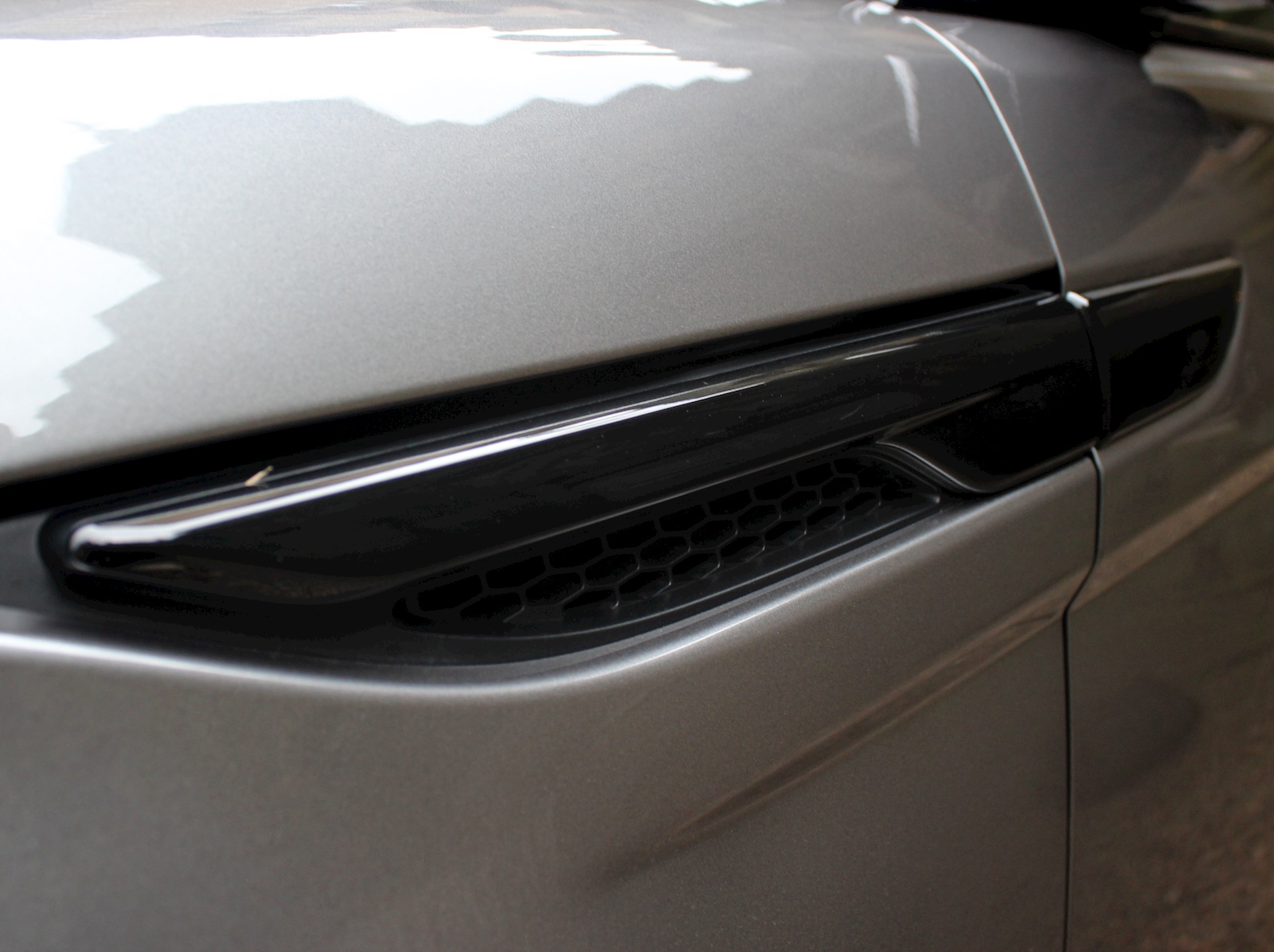 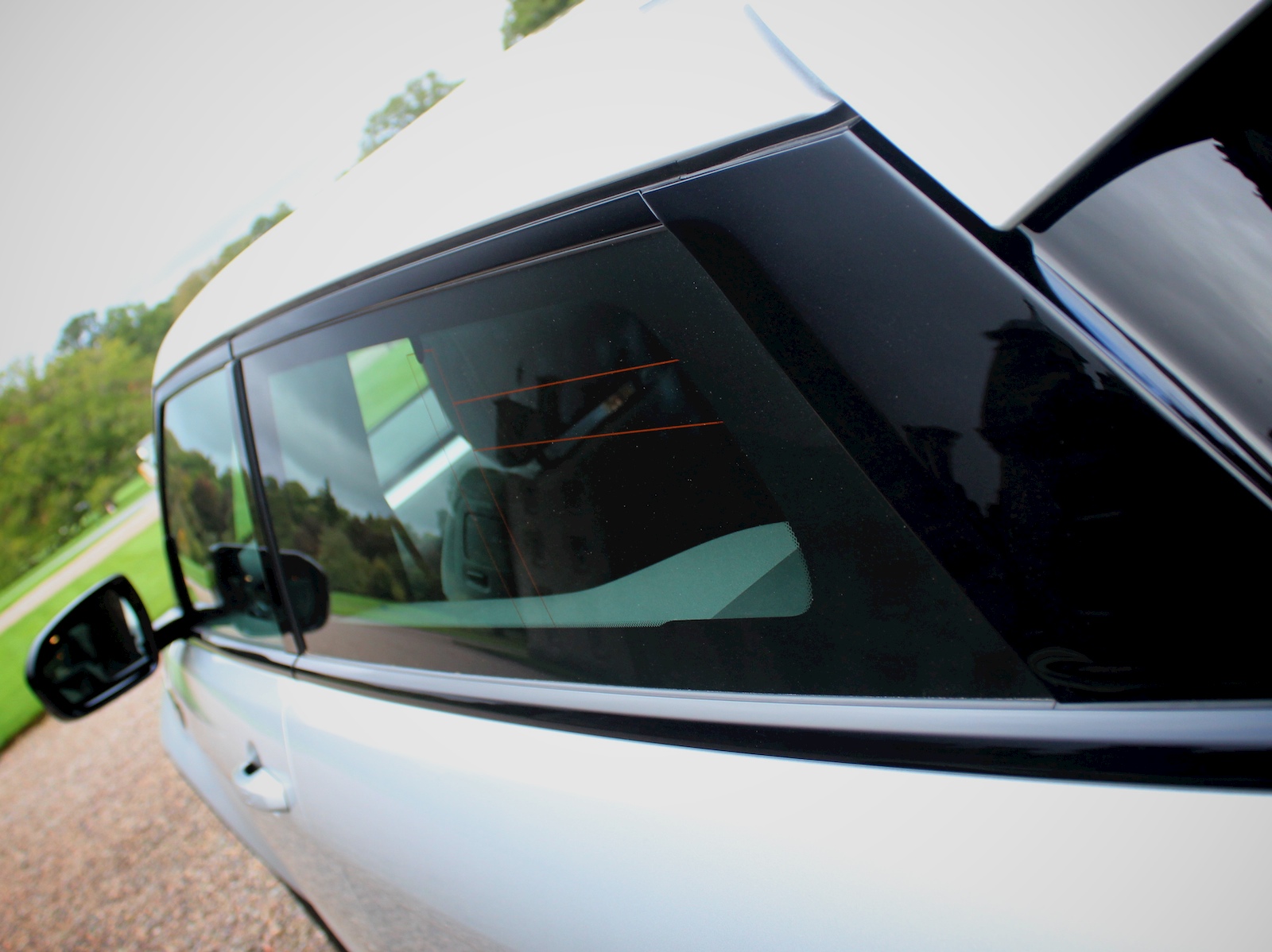 Detailing is more modern than what's gone before for the brand, interesting that certain characteristics (aggression etc) can be dialed up or down with chrome or gloss treatments, depending on trim level 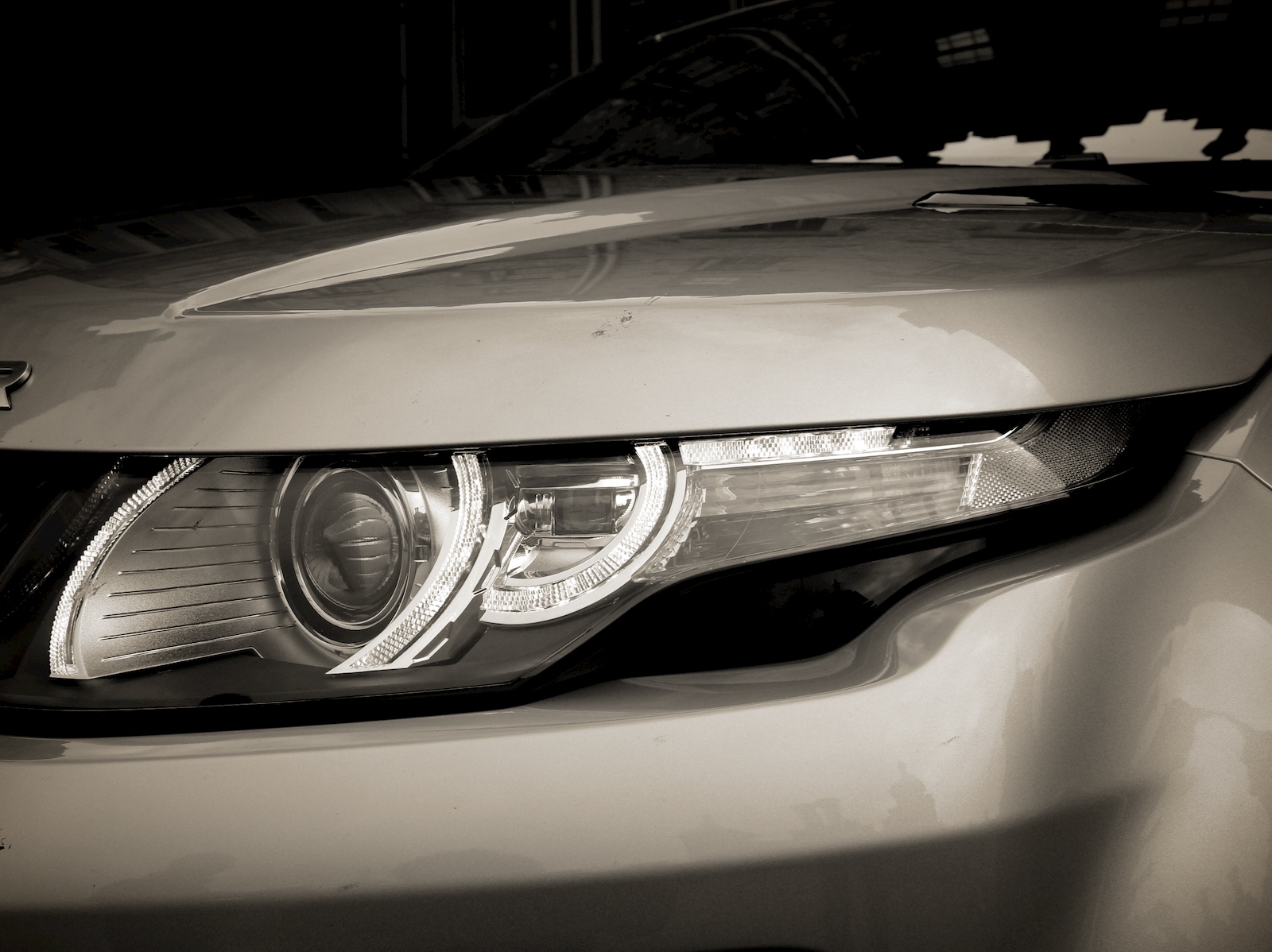 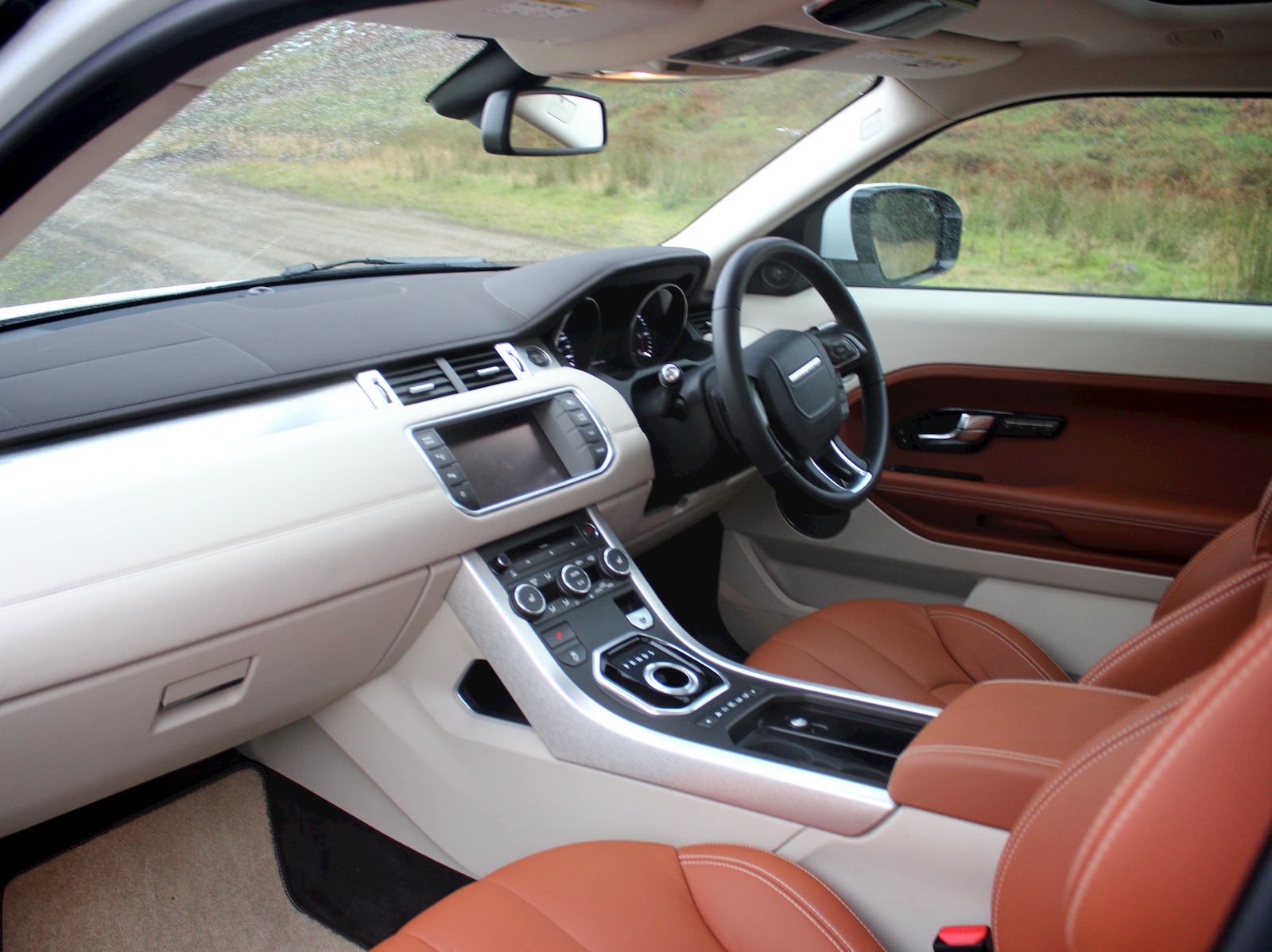 Interior successfully combines command driving position traditional to the brand, with snug, coupe-like feel some new customers may be used to 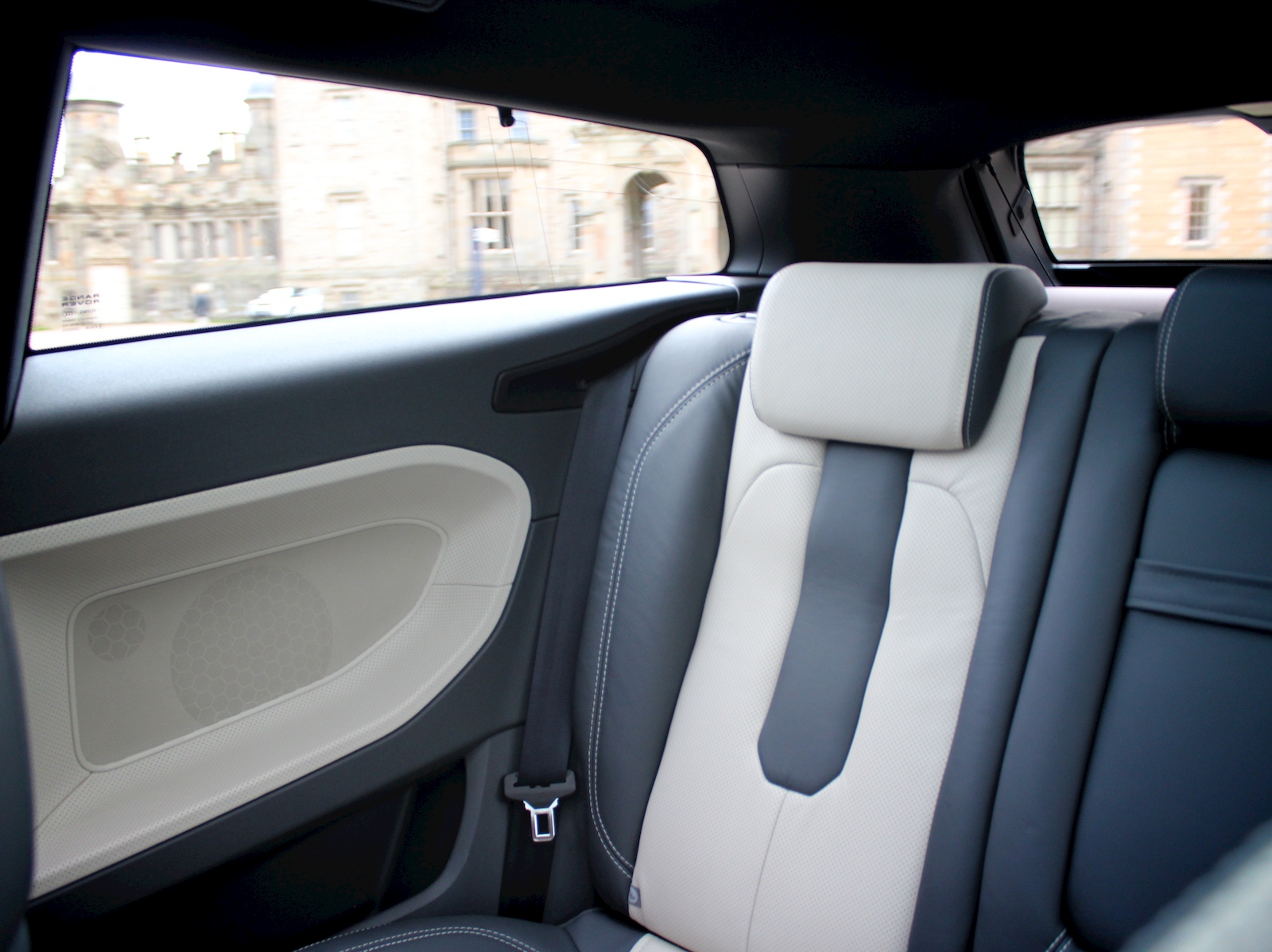 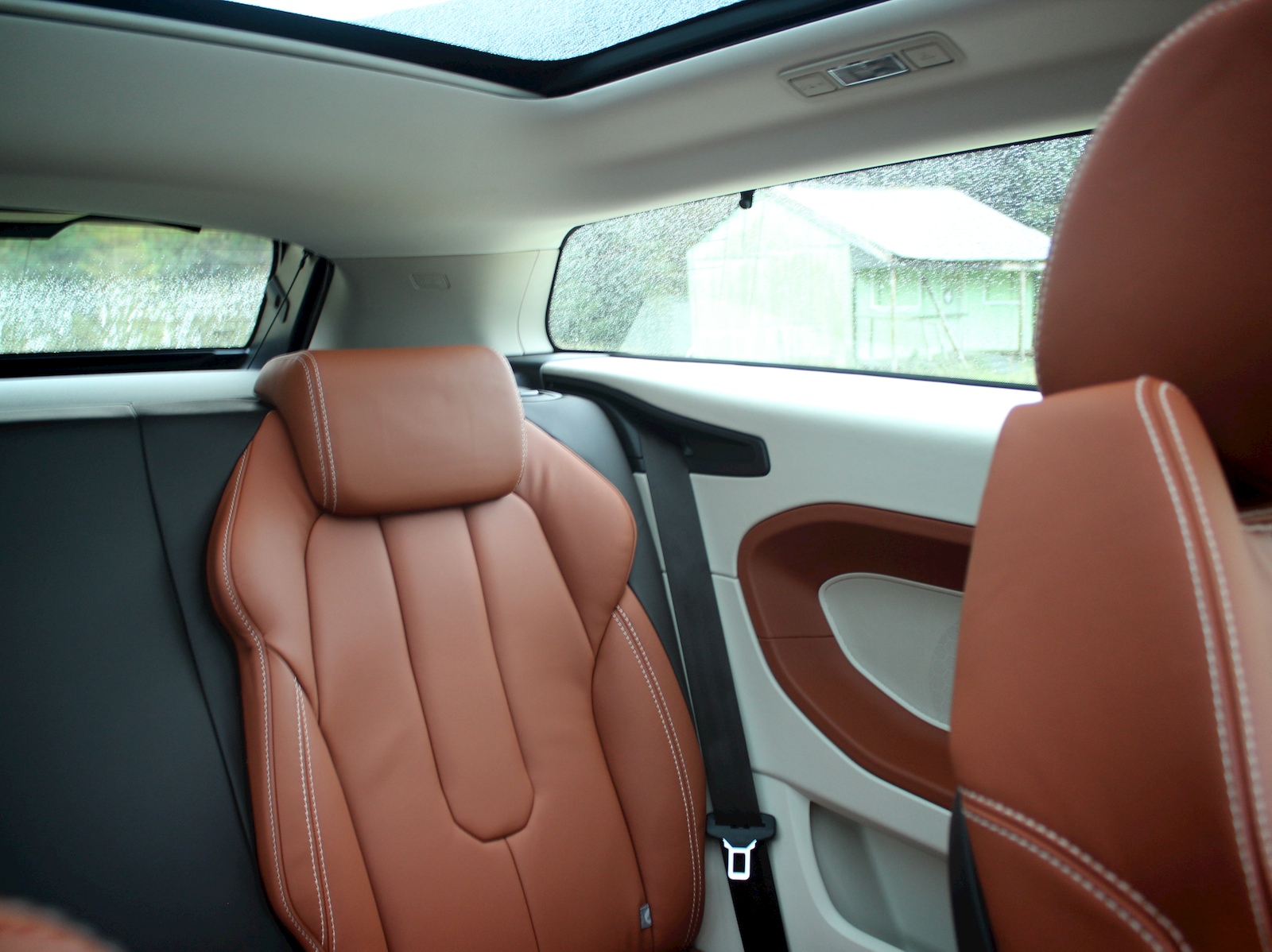 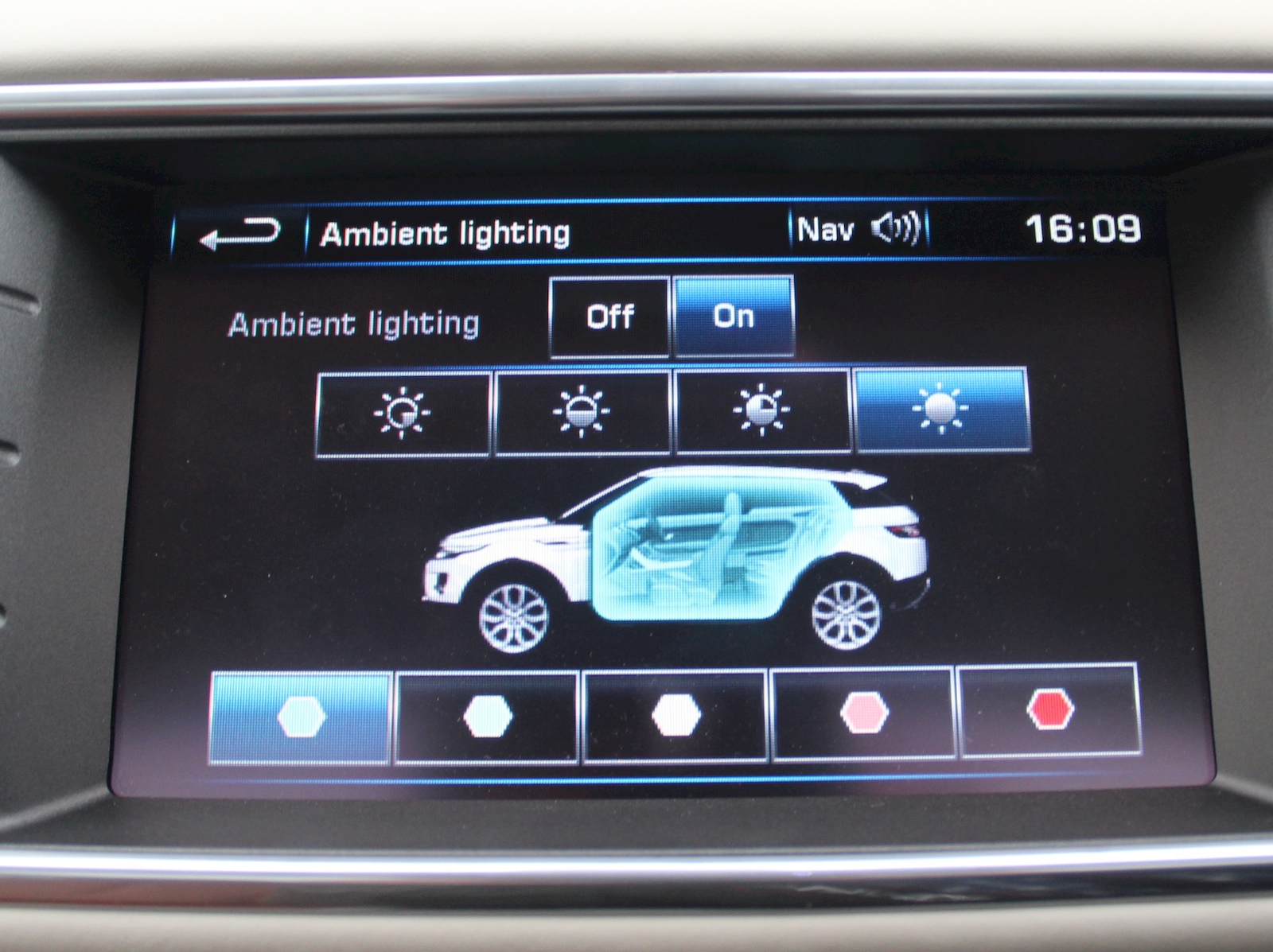 As Sam Livingstone opines in his review of the latest Porsche 911, we are in a period of car design consolidation, with the new 911 the ultimate expression of a slightly suffocating trend.

Yet every so often, a vehicle appears that breaks these rules and - through a combination of factors that can be difficult to quantify - captures the imagination, becoming a symbol of the times and an overnight market success. 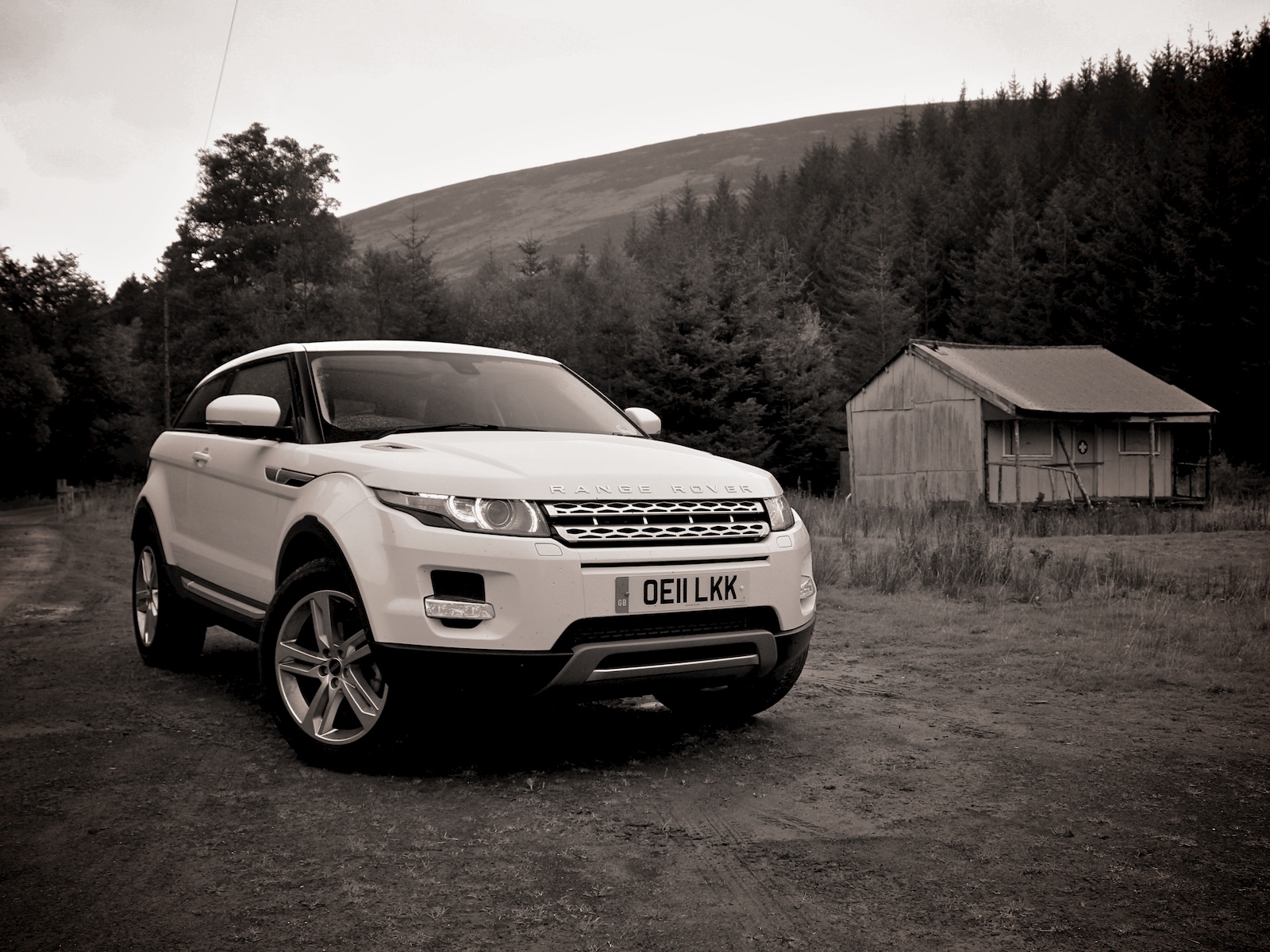 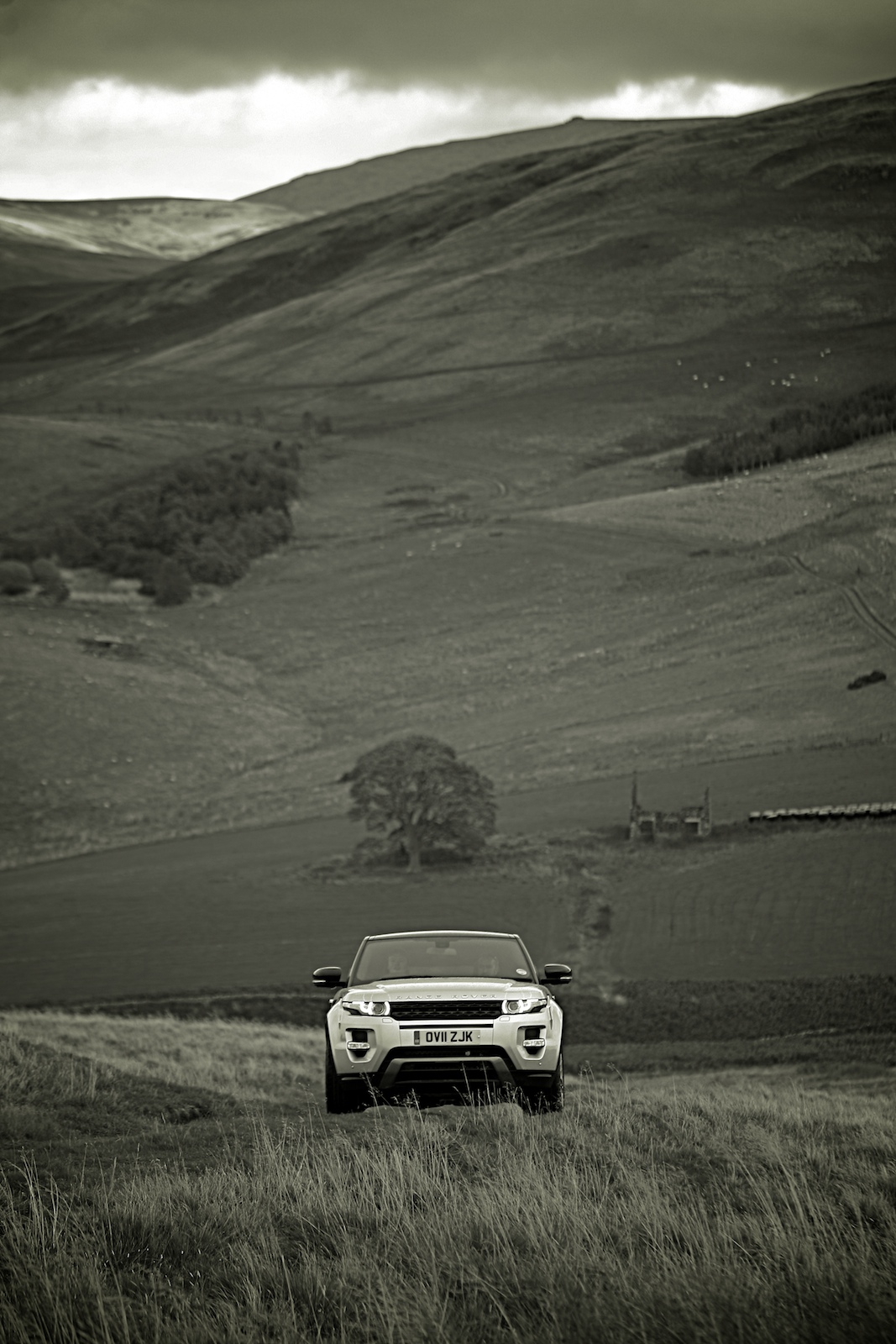 Up here, on a Scottish fell, the Evoque ought to look as out of place as a hill walker in Blahnik's. But spec carefully and it merely looks striking 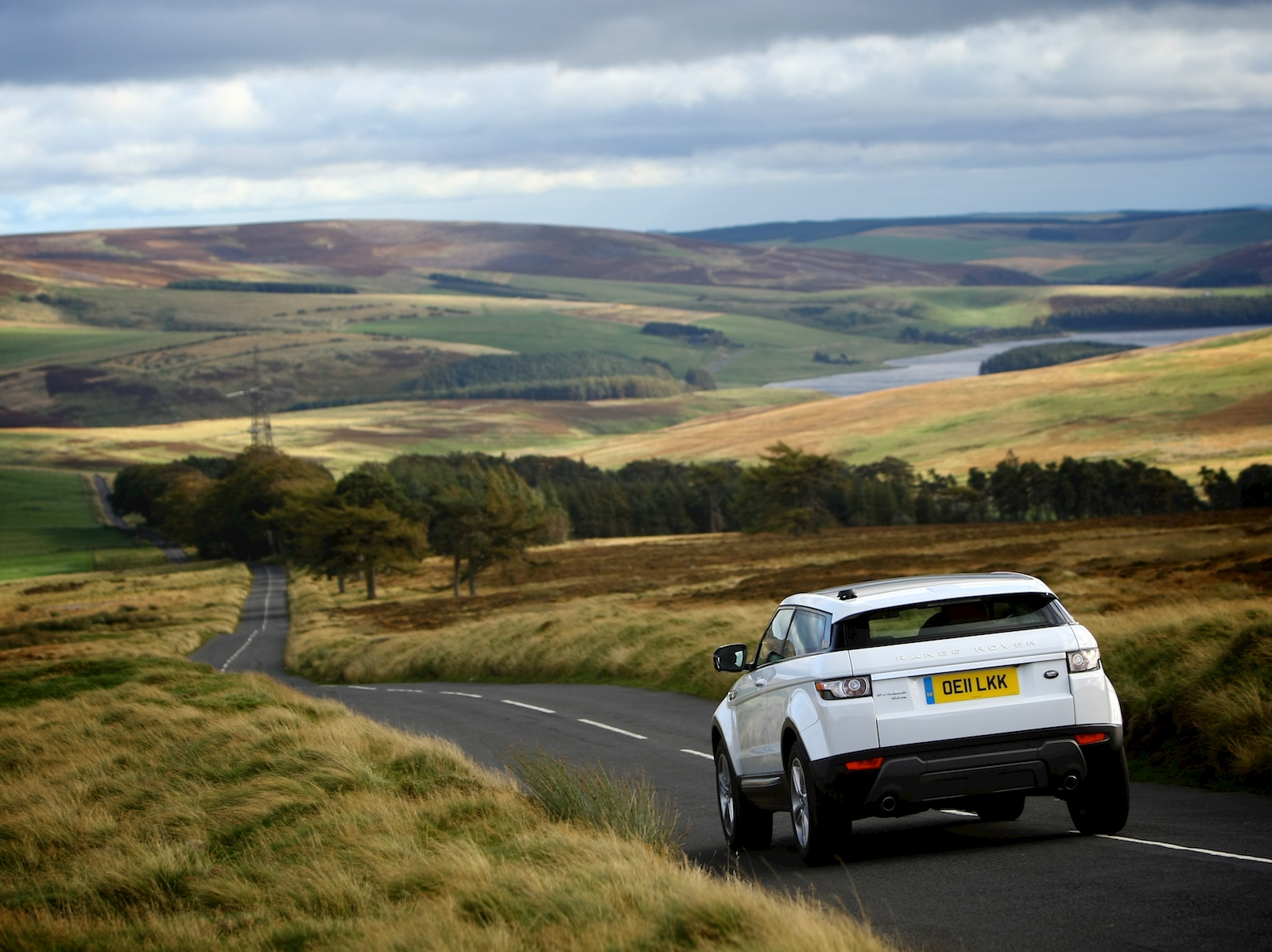 Range Rover hopes to capture customers currently in cars like the Audi TT. Evoque is good, but on a road like this you'd rather be in the Audi, or a BMW... 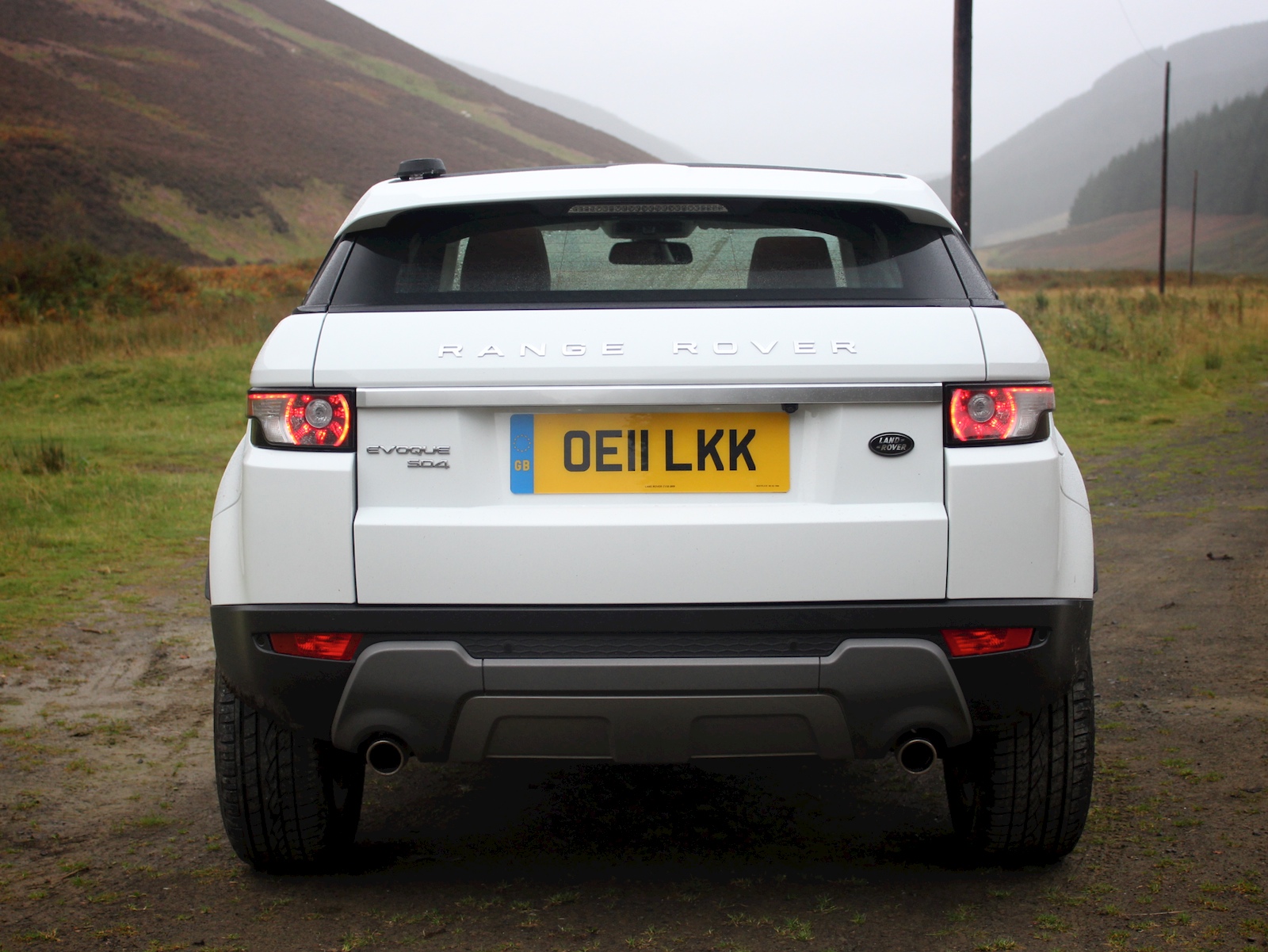 Rear skid plate one of the most disappointing aspects of the design. Gives the rear a slightly unfortunate appearance 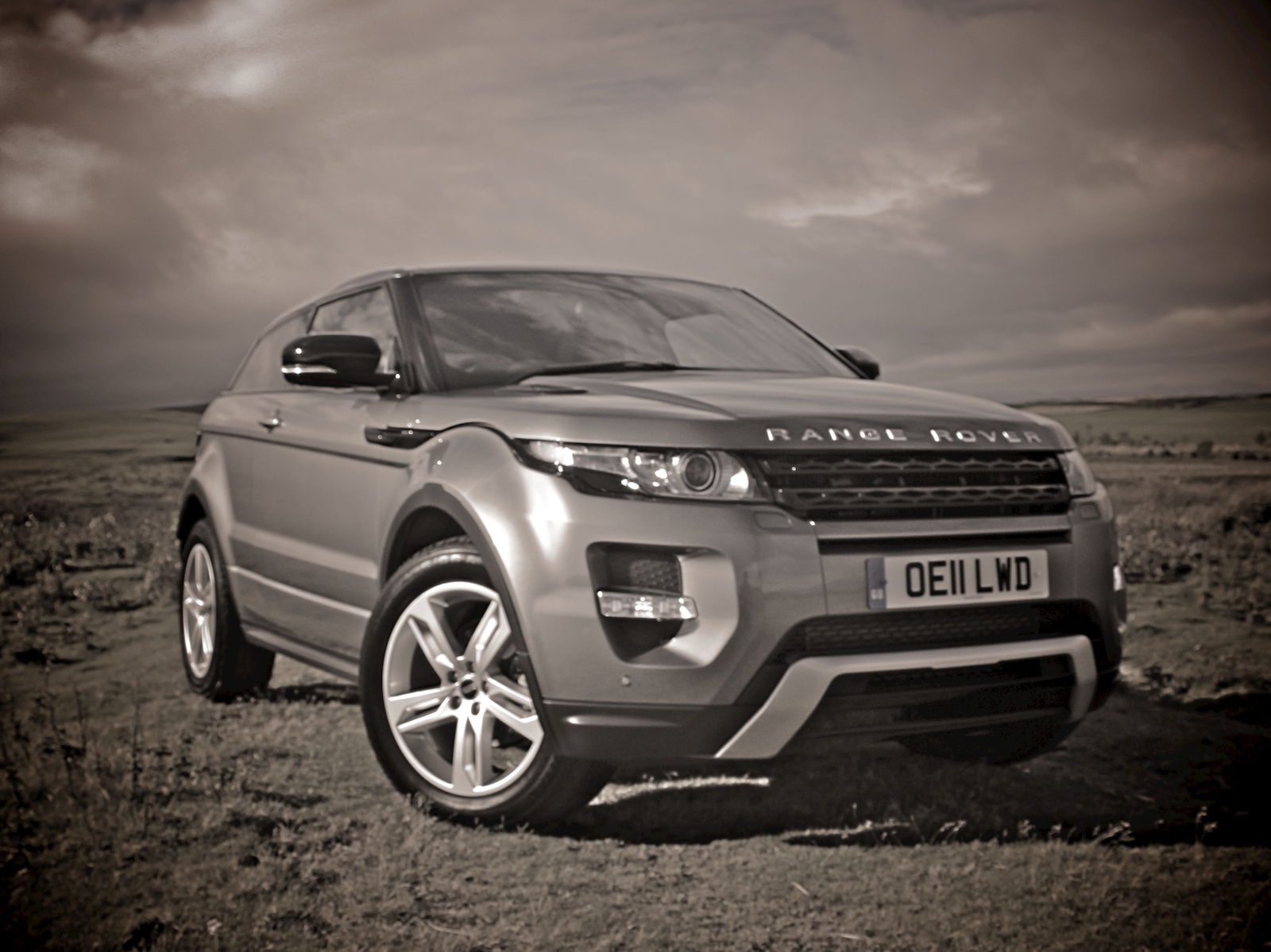 Range Rover Evoque on a Scottish moorside. This is probably the first and only time you'll ever see one here... 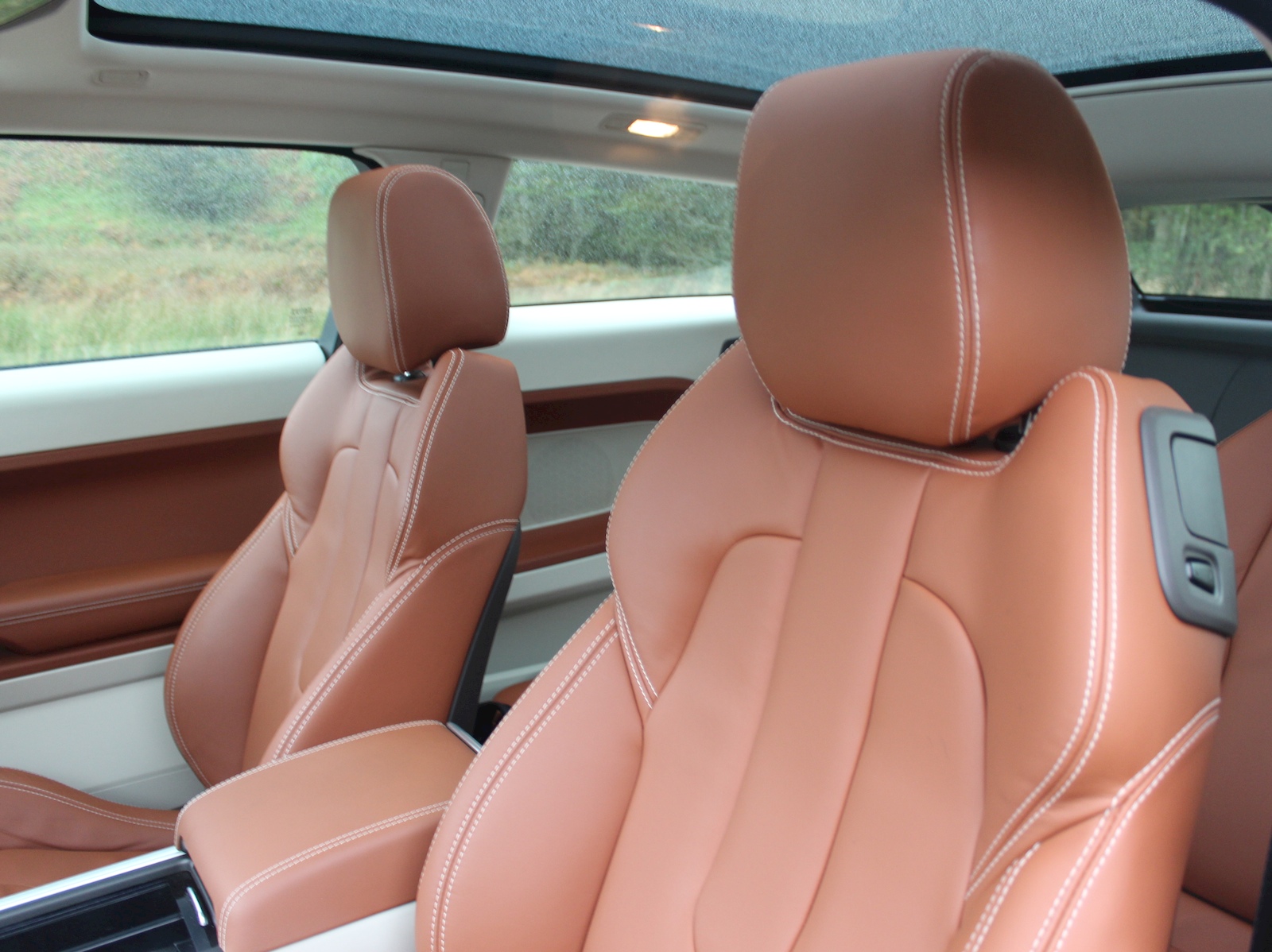 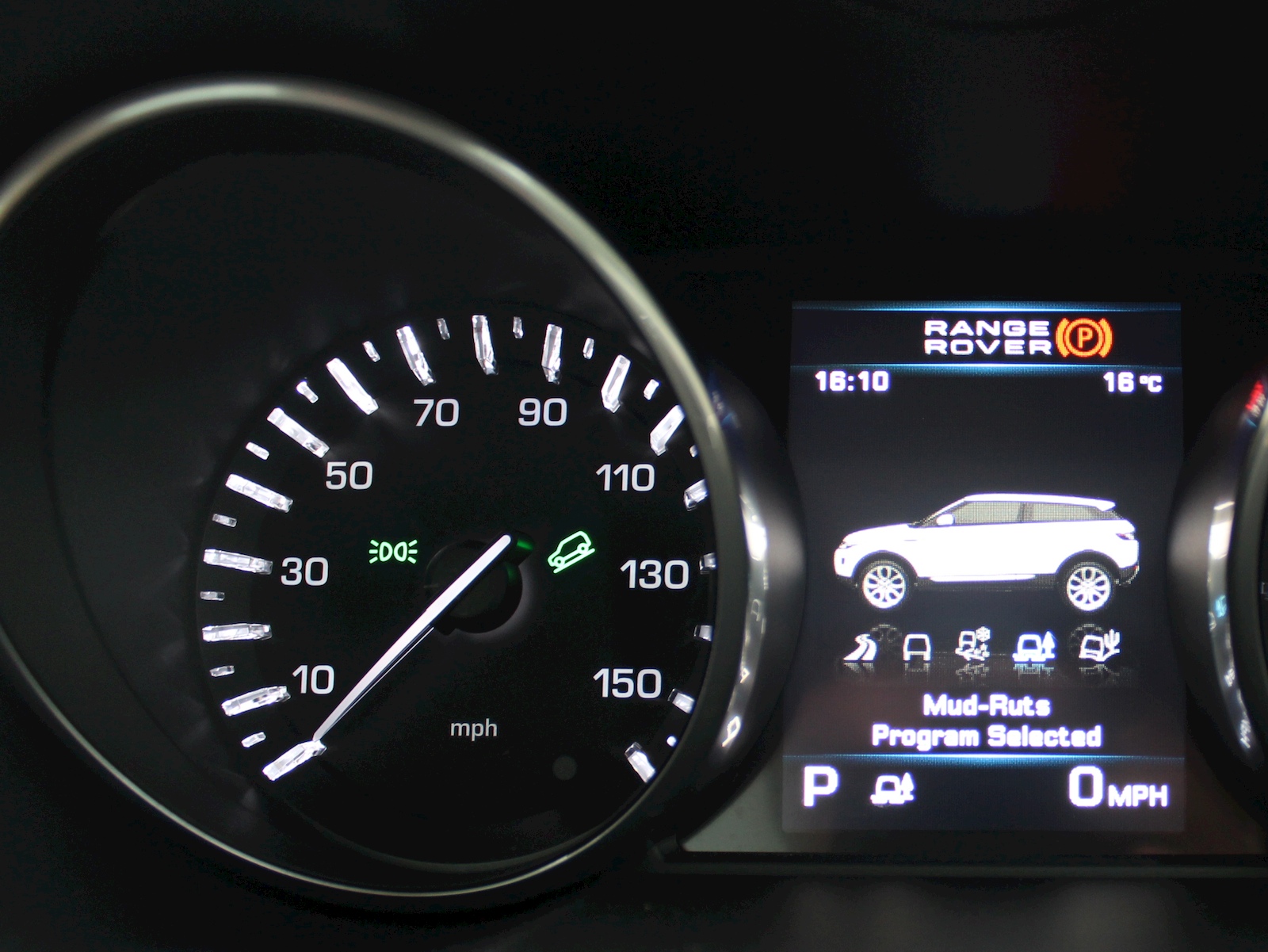 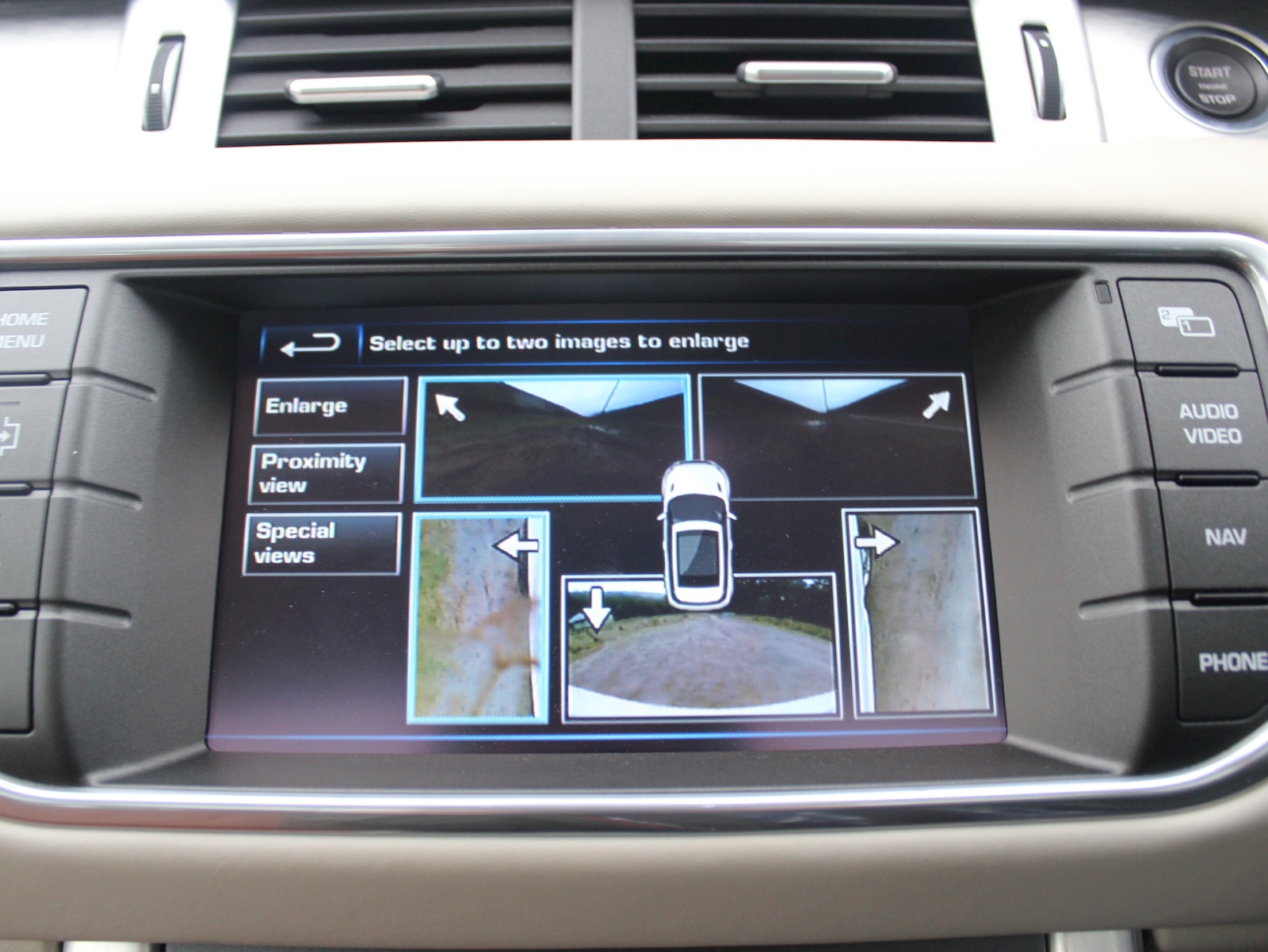 Optional five-camera system aids off road. Helps when on it too, due to the number of blindspots from the driver's seat

Such vehicles tend to emerge once a decade or so, yet the late 90s and early noughties were extraordinary for giving birth to three - the Ford Ka of '96, Audi TT of '98 and Mini of '01. Yet since this time, few production cars have hit this sweet spot and captured the public's attention and pursestrings alike.

But from the moment it appeared on the stand at last year's Paris motor show, looking - to within an inch - like its LRX concept predecessor, the Range Rover Evoque was destined to join this elite group.

Such is its fashion-orientated image, thanks to a year of build up involving the likes of Victoria Beckham (of which we and others have been very critical), it occurs to me that trekking in convoy across a Scottish fell, the Evoque ought to look as out of place as a hill walker in a bikini and Manolo Blahniks. Yet part of the success of this design is the graphic and detail treatment, which allows its aggressive, fashion or rugged characteristics to be dialed up or down. Up here, in muted hues, gloss-not-chrome non-dynamic trim spec and on small(ish) wheels, the Evoque is simply striking without being incongruous.

Its silhouette (that dropping roofline and rising shoulder) is individually distinct, its floating roof (available in three contrast colors) a nod to the fashion of the Mini - yet clearly relating it to its full-sized brother. One of the most impressive achievements is the DRG - the slim wrap-around lamps not only define the car's corners but also create the most distinctive nighttime identity since Audi first introduced its LED strips in 2007.

The commercial value of creating such distinctive brand-defining design elements is born out when we speak to Evoque Program Director, David Mitchell. An optional extra on most Evoque models, Mitchell says that these lamps have been specified by around 90 percent of those who've ordered an Evoque so far...

It's only at the rear where the design falls down in our eyes, specifically the integration of the rear skid plate, which looks cheap and at odds with the crisp internal detailing of the lamp cans, for instance. Combine this with the short rear overhang and very diving stance and from dead-ahead rear the metaphor is unfortunate - the Evoque looks like a slightly portly lady wearing a skirt hitched-up rather too high...

Such imagery will have anyone enamored with what the full-sized Range Rover represents fearing what the Evoque signifies for the brand and the types of customers it may attract. Indeed, whether it holds appeal is likely to depend entirely on where you live (clue, if you own any land, it won't).

Yet the Range Rover cues are there - the rear wiper is tucked up and hidden away in the roof spoiler, the driving position retains the imperious, commanding quality and the clamshell hood's vertical surface defines the shoulder-line of the car.

Range Rover hopes to attract customers currently driving cars like the Audi TT into the Evoque, not just those after an SUV. So having deposited a MkII TT in short stay at the airport prior to flying to drive the Evoque, we were intrigued to see how the two compared.

One design similarity that caught our eye was the blown fender arch of the Evoque, which cuts into the clamshell hood shut-line... just like it does on the TT. The Evoque lacks the driving dynamics or performance of the TT and, curiously, the TT is easier to see out of and position (the B-pillar and huge wing mirrors on the Evoque create vast blind spots), yet thanks to that rising window line, in the three-door at least, that same feeling of coupe-like cocooning is present.

The switchgear quality isn't at Audi levels, but we are impressed by the development in screen quality that's apparent on the Evoque over its group stable mate, the Jaguar XJ. And the color and trim options give the Evoque a more expressive, boutique quality if you so choose, that's missing in the many-shades-of-gray interiors of the Germans.

And that neatly sums up the Evoque. It's a fashion product. Many are sold just on the looks; others hate it for what it says about modern society and culture. Park your preconceptions though, and this is a product that just feels right and makes you feel great behind the wheel.

When BMW launched new Mini and Audi the original TT, people said those were fashion cars too; flashes in the pan whose appeal would wane with time. Yet those people were proved wrong and we suspect a similar thing will be true of Evoque. It will appeal to the kind of buyer who has to be seen in the latest thing - and right now, in the fashionable postcodes of LA, Shanghai and London this is the only thing to be seen in.

But it impresses more for extending the Range Rover brand in a logical, appealing and in many ways surprisingly pragmatic way. There is a practicality and depth of quality apparent here, which make it a sensible long-term ownership proposition. Perhaps those hard to define ingredients for creating a hit car aren't so hard after all. It's merely striking the perfect balance for the customer between left-brain practical appeal and right-brain desire. If that's the case, then the team behind the Evoque has squarely hit the bull's eye, and have proved that you can have style with substance.