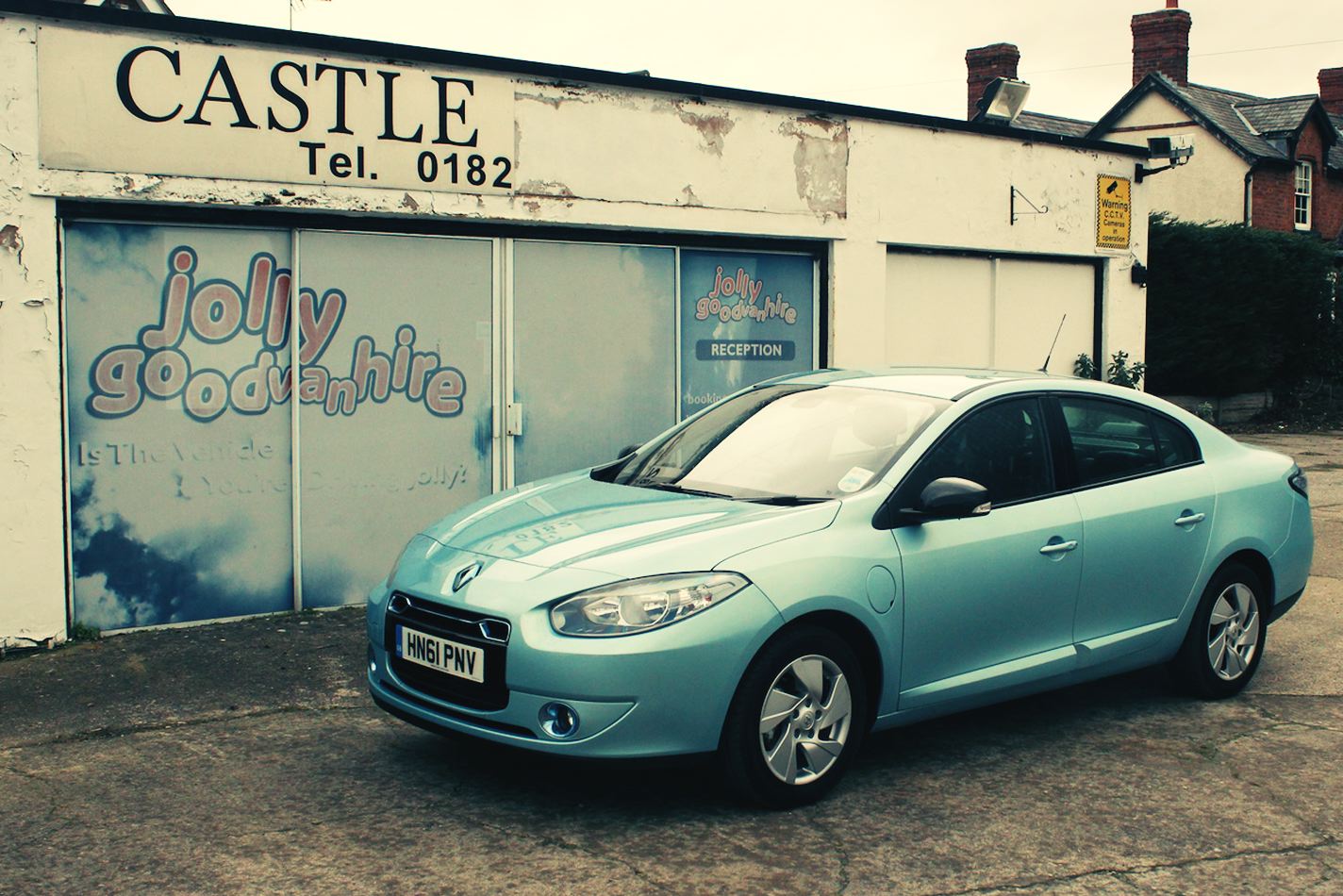 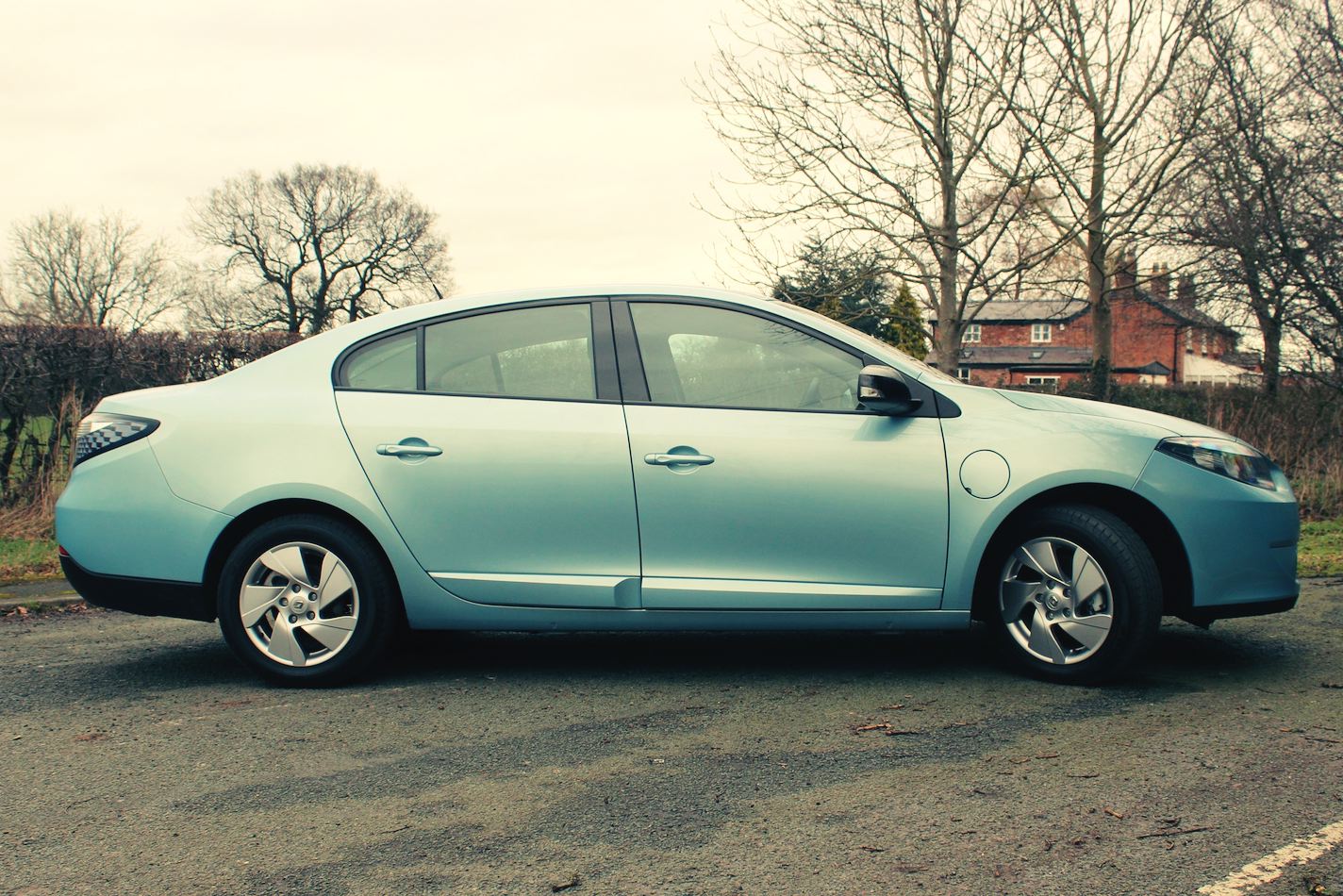 Most dominant feature is the enormous rear overhang 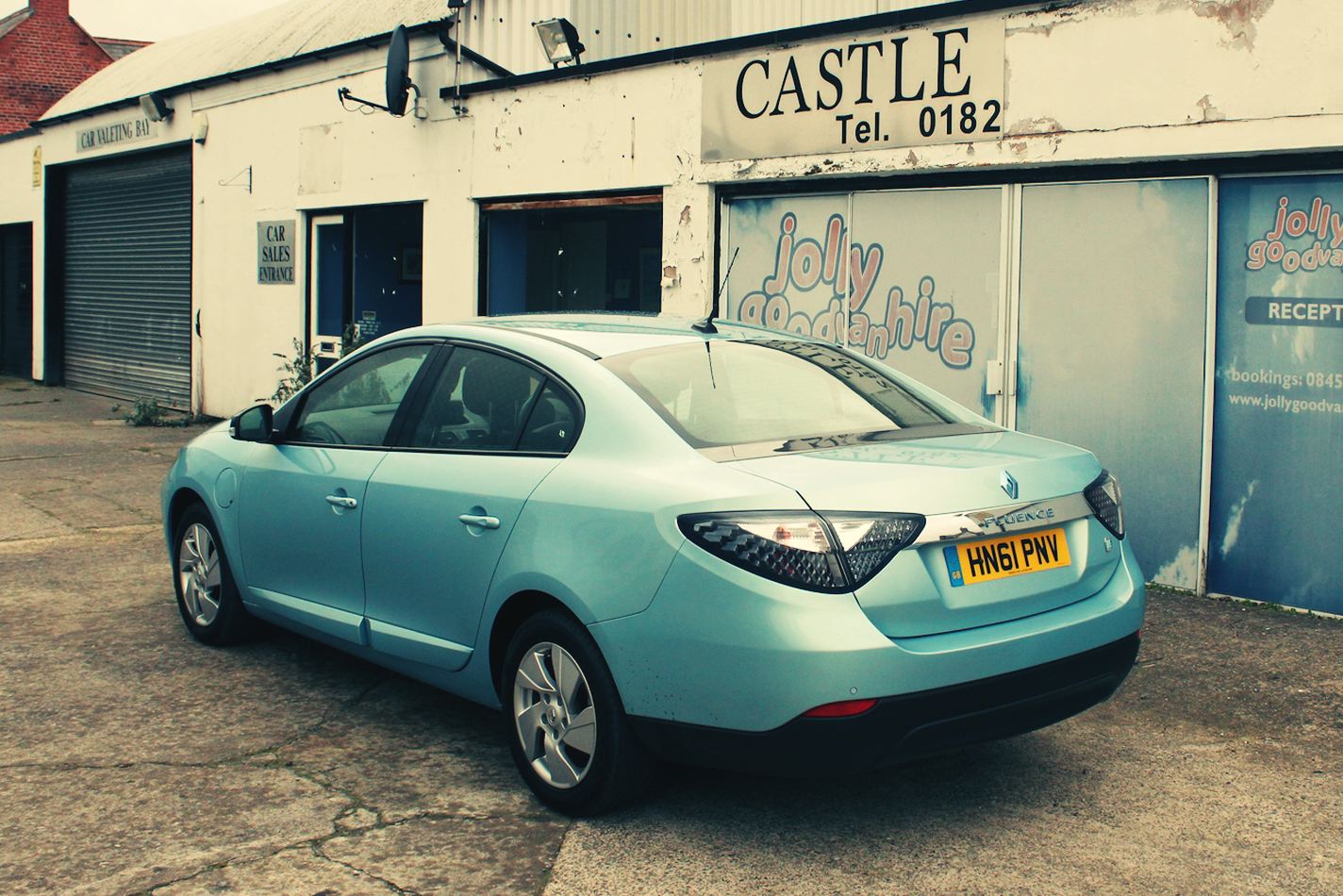 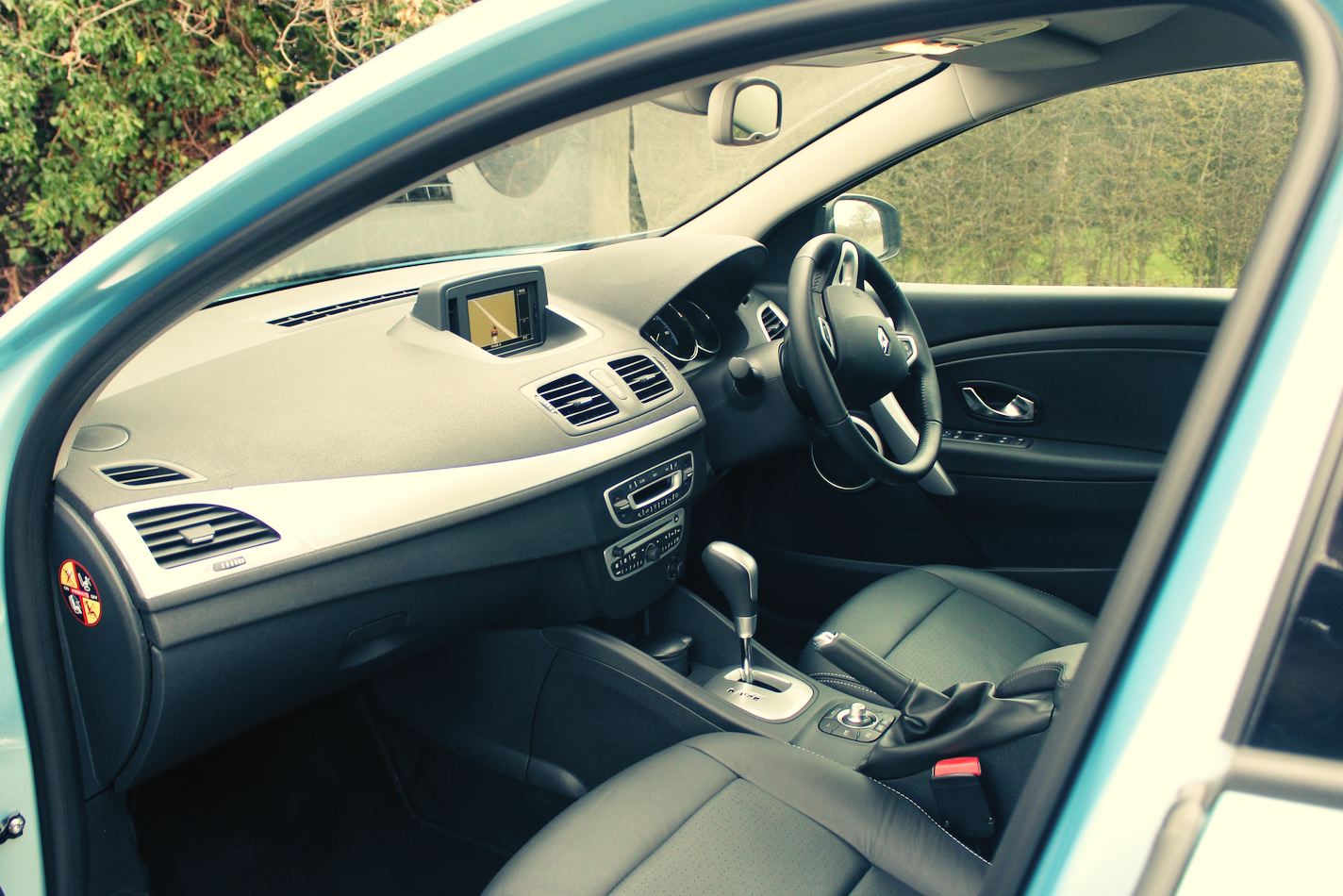 The external normaility continues inside, right down to the drive selector 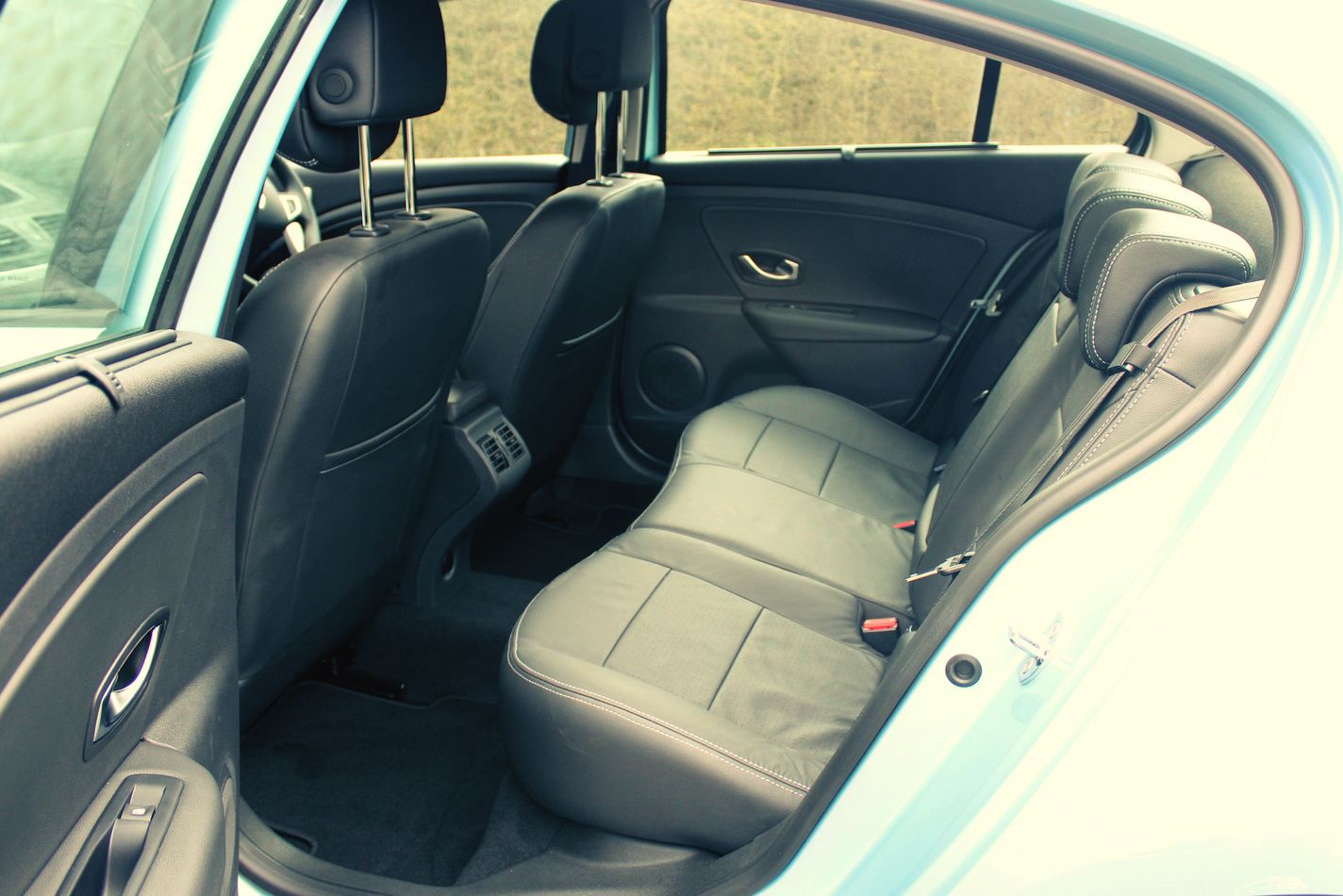 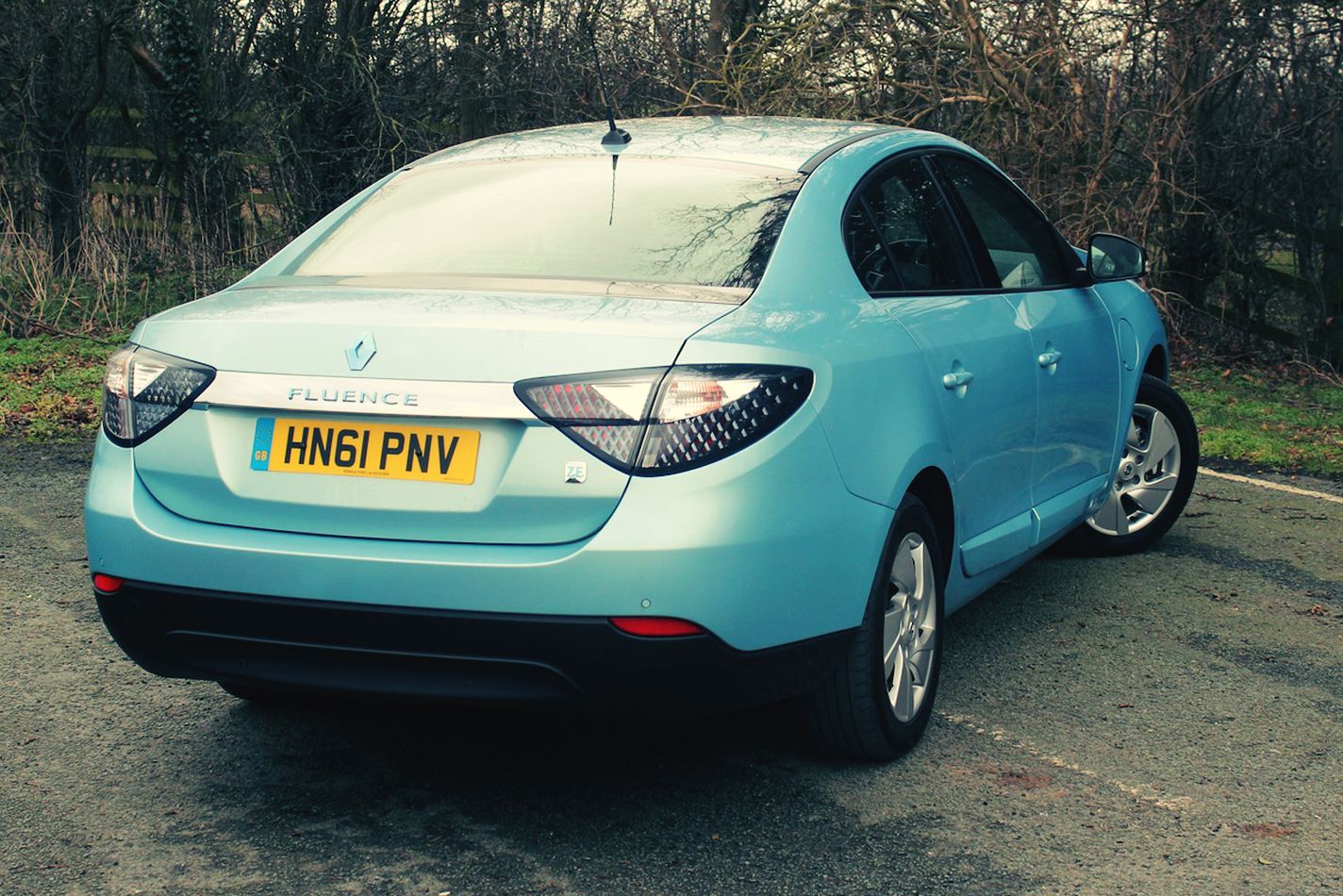 Its conservatism may be a disappointment to some, but will be an attraction to others

Just over two years ago, Carlos Ghosn shocked the world at the Frankfurt motor show by unveiling four fully electric Renault concepts and committing the company to being a leader in EVs. 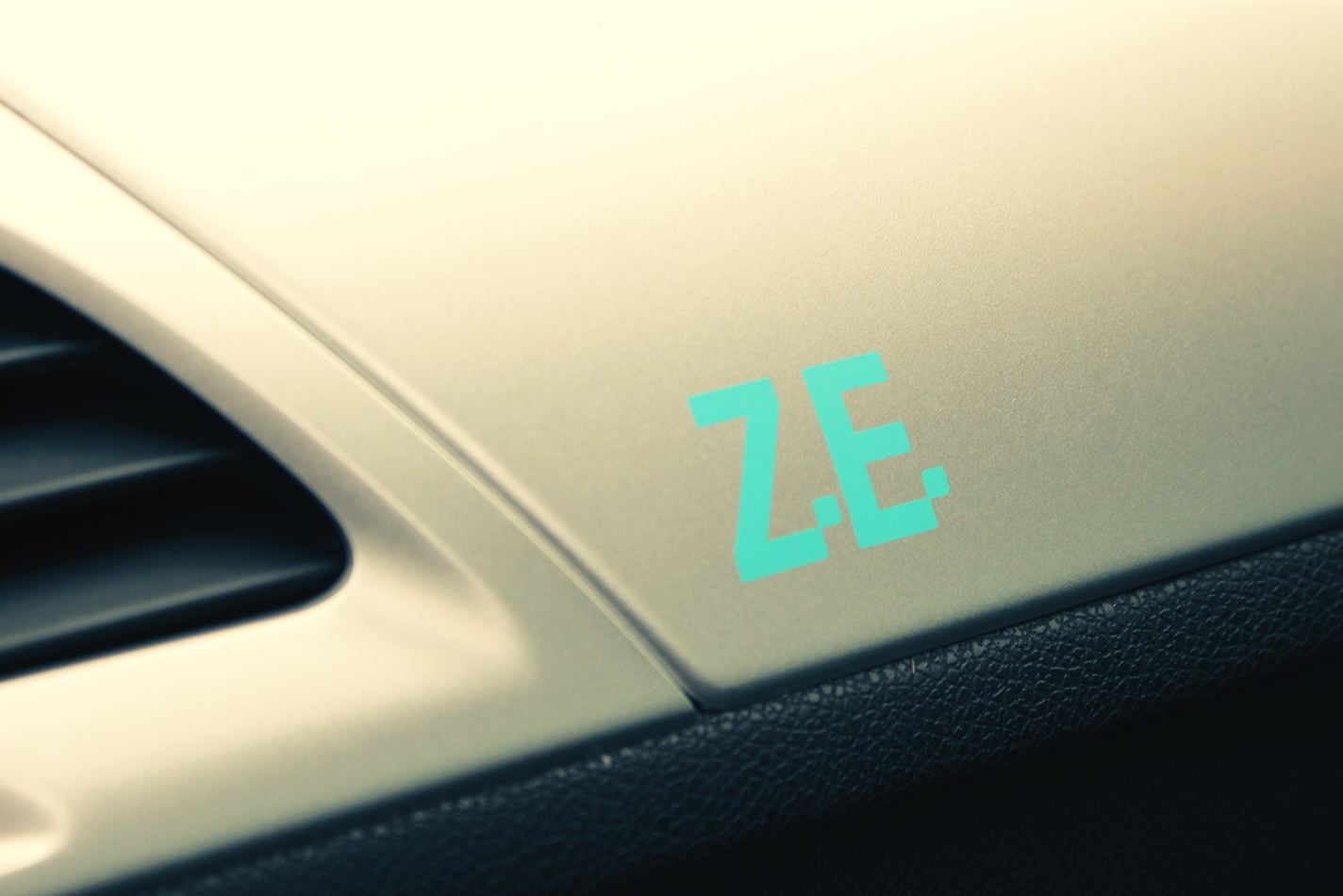 'Z.E.' branding features the only real clue that that Fluence is anything other than normal 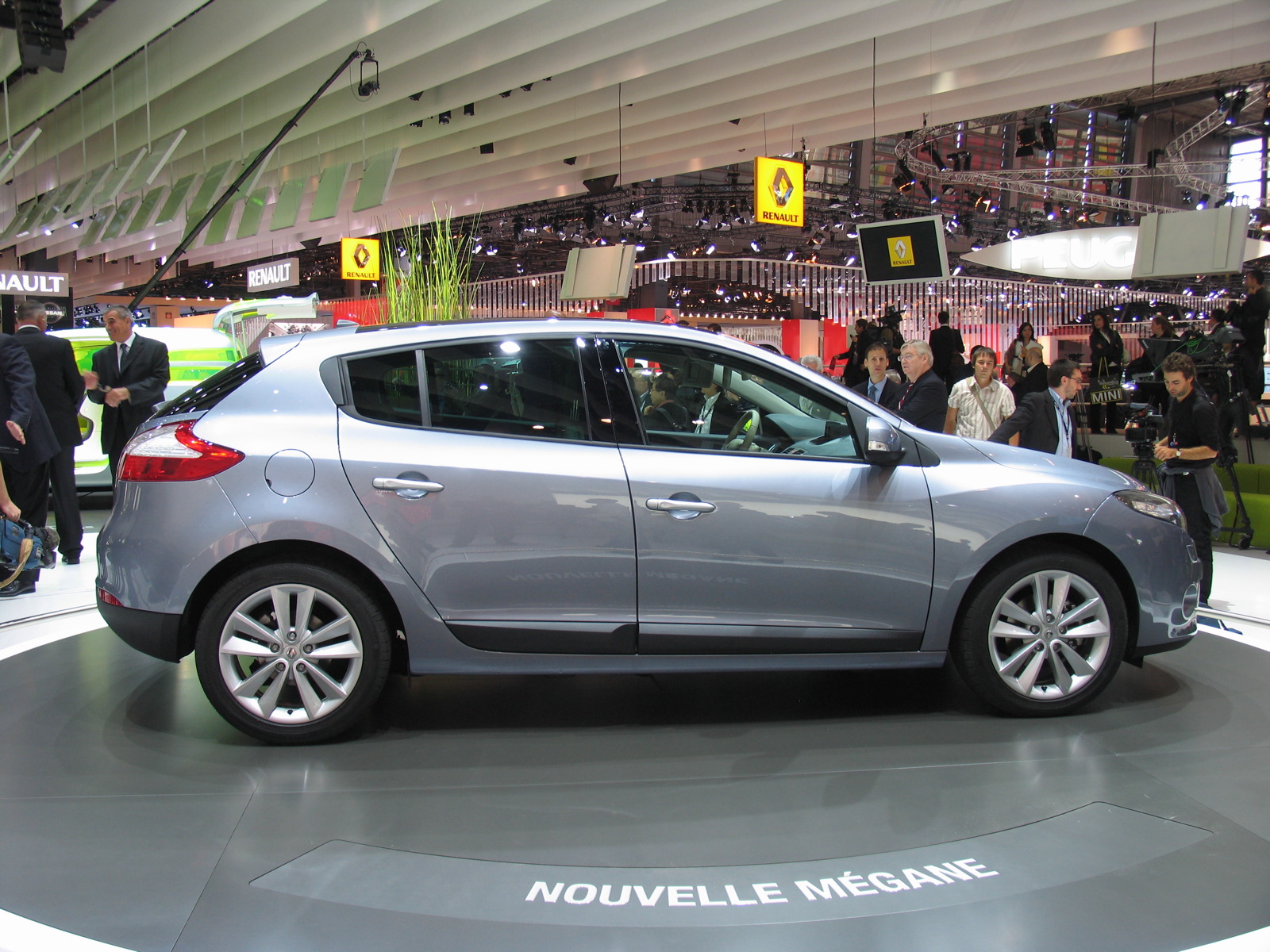 Megane basis can most clearly be seen in side profile 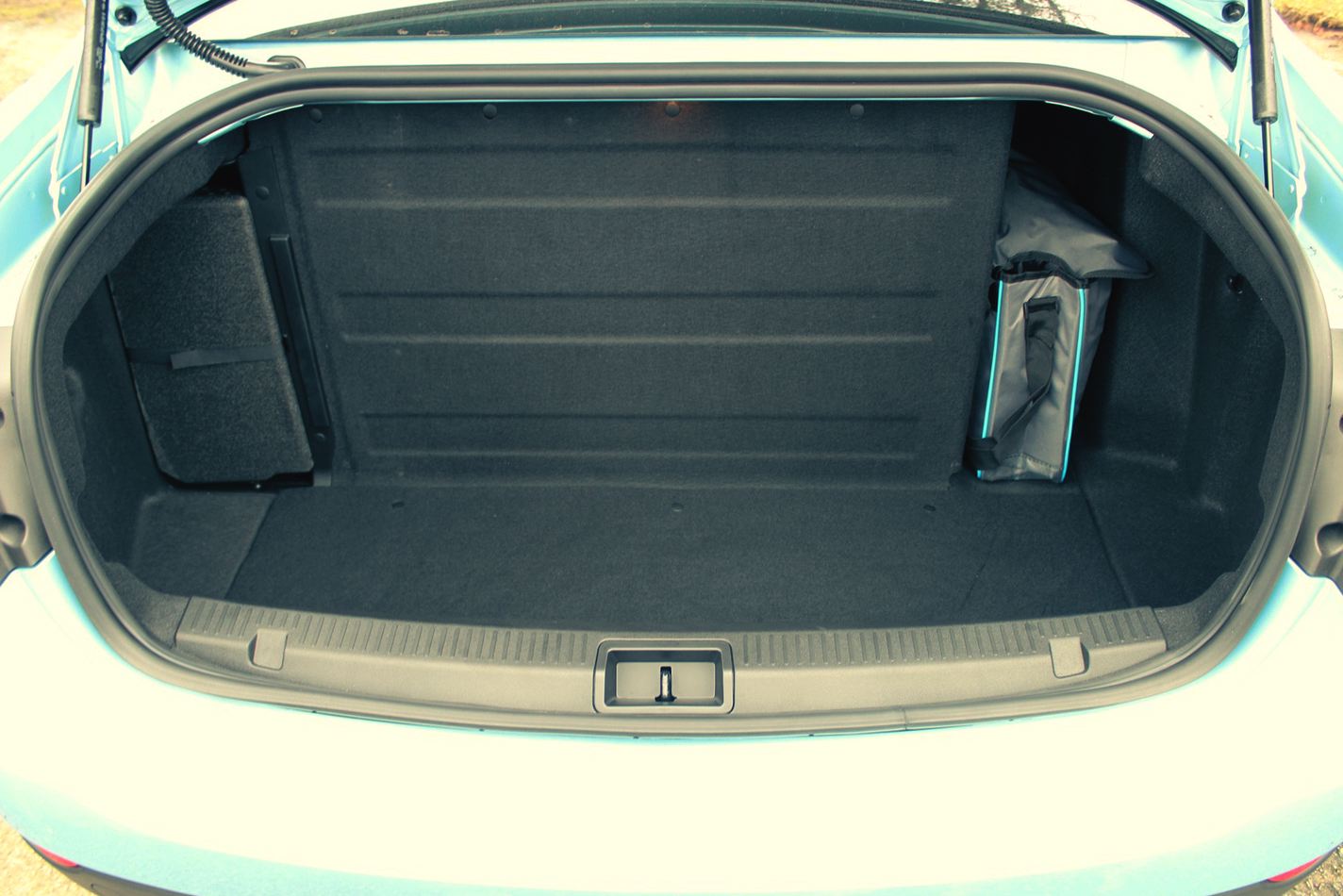 Despite the huge rear end, the trunk is no larger than an average B-segment car 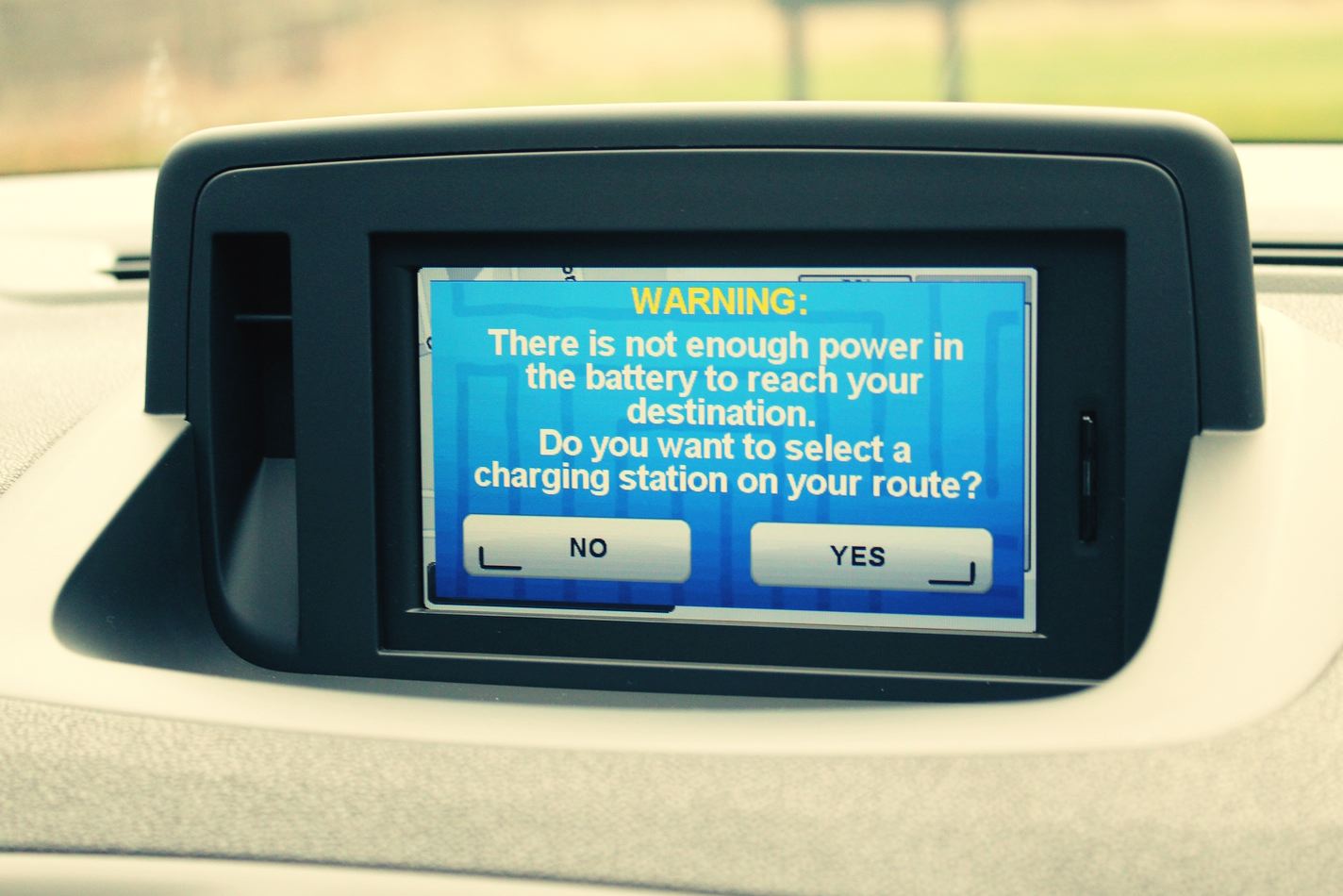 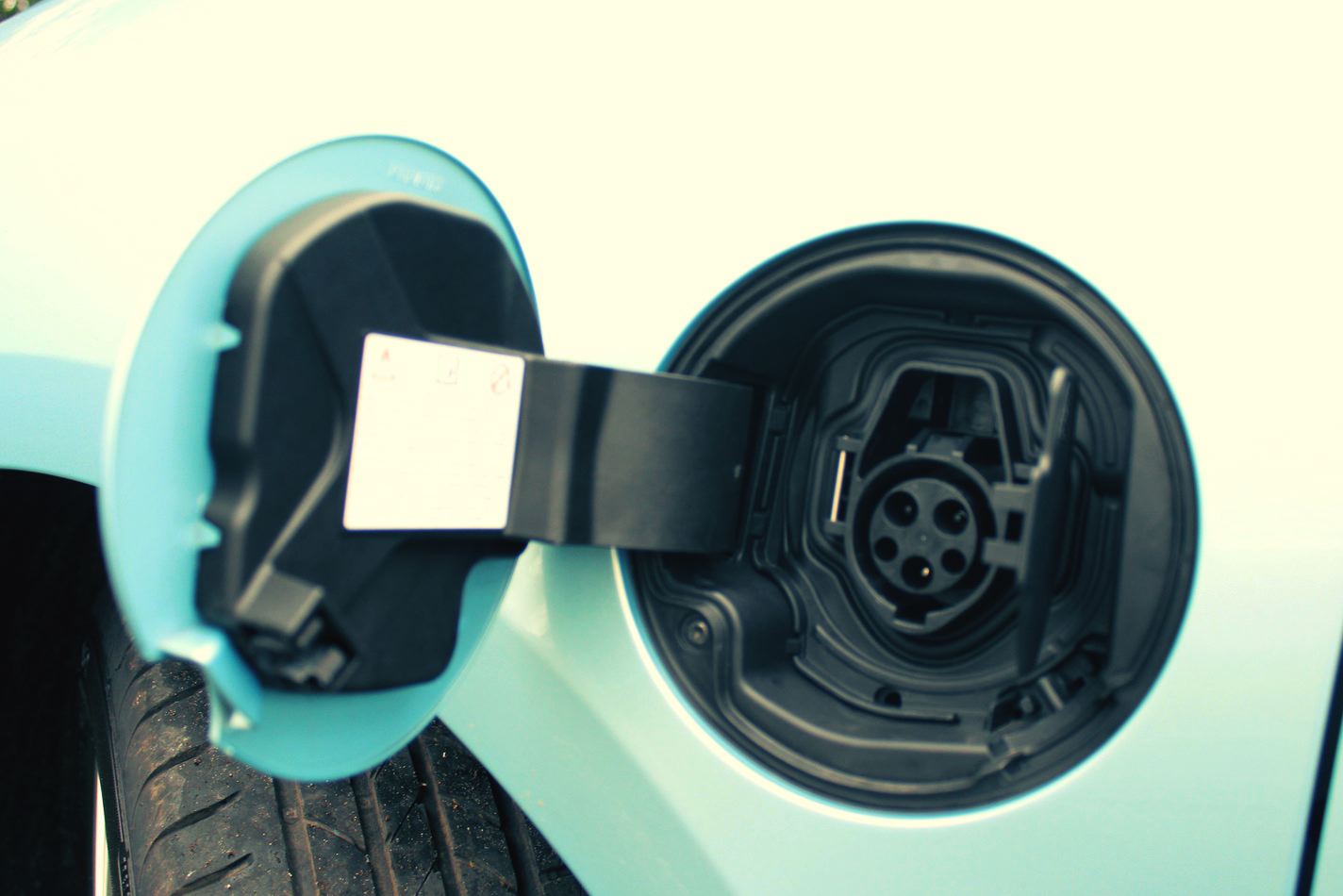 ‘Drive the Change' has been the slogan used since then and the Fluence Z.E. is an important first step in what many see as a risky strategy by Renault. Technically the Kangoo Z.E. van beat it to market but the Fluence is la Régie's first foray into the electric passenger car market, with the Twizy quadricycle and B-segment Zoe, waiting in the wings to give Renault the most extensive electric range of any car maker. This will all happen before the design-led reinvention of the brand being masterminded under Laurens Van den Acker sees the light of day in the form of the Clio 4.

So despite being based on the existing Fluence sedan - itself based on the Megane hatch - the Fluence Z.E. is an important milestone for the firm.

The first thing most will notice are the car's somewhat ungainly proportions, in particular its enormous rear overhang. The C-pillar resolution and deck length are fine if one considers the car in profile above the beltline. However as the car is almost identical to the Megane ahead of the B-pillar, it reads as a C-segment hatchback to the rear third. From here back the rear quarters look bulky and out of proportion with the front-wheel drive hatch-based front end.

It shows Renault is a step behind the likes of VW, which now differentiates all the sheet metal between C-segment hatches and sedans (Golf and Jetta) - an acknowledgment of the growing importance of the sedan format in this segment.

Open the Fluence's trunk and rather than the vast luggage space its huge rear suggests, there's little more space than a typical B-segment hatch thanks to the upright battery stack taking up much of the volume. We suspect this is in part the result of the Fluence being part of Better Place's battery swap system, which means a depleted battery needs to be physically dropped out from underneath the car and replaced with another one.

At the front we're slightly surprised the new Renault corporate face - enlarged diamond sat in a graphic that wraps out to the headlamps - is missing. It's likely this car was signed off before Van den Acker's tenure began, however there's a much wider missed opportunity to give the Fluence and range of Z.E cars as a whole; a true identity that's differentiated from the core Renault range. The light blue hue used to key everything from grille inners to the Renault diamond and Z.E logos feels like something of an afterthought and is a million miles away from the convincing sub-brand design strategy of BMW i, for example.

Move inside and after the Toyota Prius and Nissan Leaf it's surprising not to be greeted by a digitally bombastic interior. Instead, there's a conventional trio of dials - charge gauge replacing rev counter - and even a conventional shifter. While many will be disappointed by the lack of visual cues and gadgetry to herald the Fluence's electric car status, the flip side is that the Fluence's cabin presents few barriers to customers who may be nervous at the prospect of driving a car with a different powertrain. It even starts with a key.

Renault's TomTom-based in-car navigation system has sensibly been programmed to take account of the range limitations of the car - punch in a destination beyond the current battery range and it will not only warn you but try to find recharging points along the way.

It's easy to be disappointed by the Fluence Z.E. in one sense - it's a shame that the electric technology has not been used as the basis for a new design language. And yet, as a proposition, it may be the most logical positioning of an electric car yet. It drives with fluidity, refinement and a sense of serenity that will appeal to many, something aided - rather than diminished - by the simple, ‘normal' qualities of the cabin.

It's also clear that basing the Fluence Z.E. on an existing model has allowed Renault to remove one of the core barriers to entry of electric cars - cost. Price is not something we often mention, but the trade-off between design and cost is clear to see here and a massively important factor in how you should judge this car, because at a basic price of £18,395 in the UK (taking into account a £5000 Government grant but not the cost of battery leasing), the Fluence Z.E massively undercuts rivals such as the Nissan Leaf and Chevrolet Volt. Only time and the market will tell whether the trade off was one worth making.