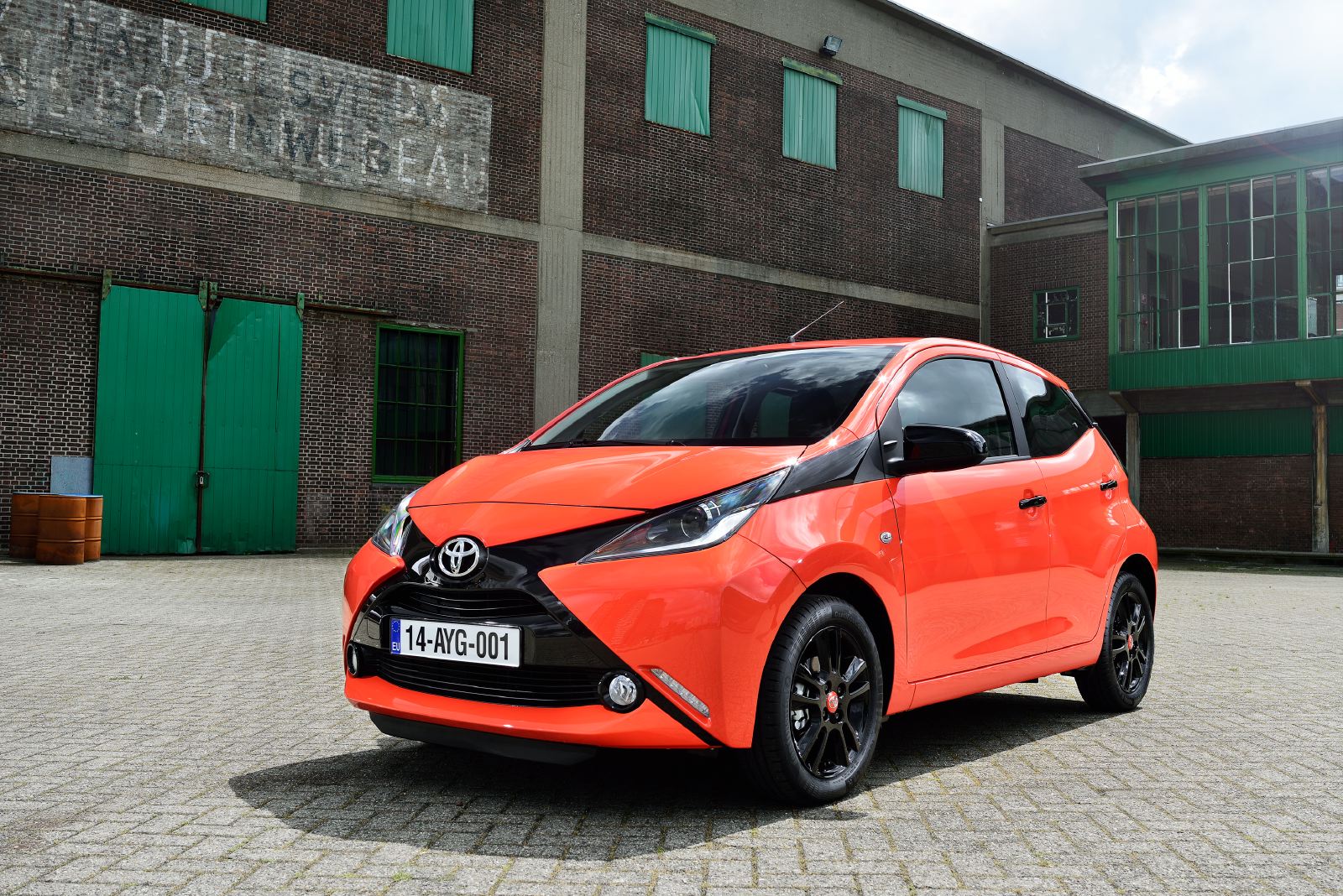 Despite bright body color, the Aygo blends into traffic. Click for larger images 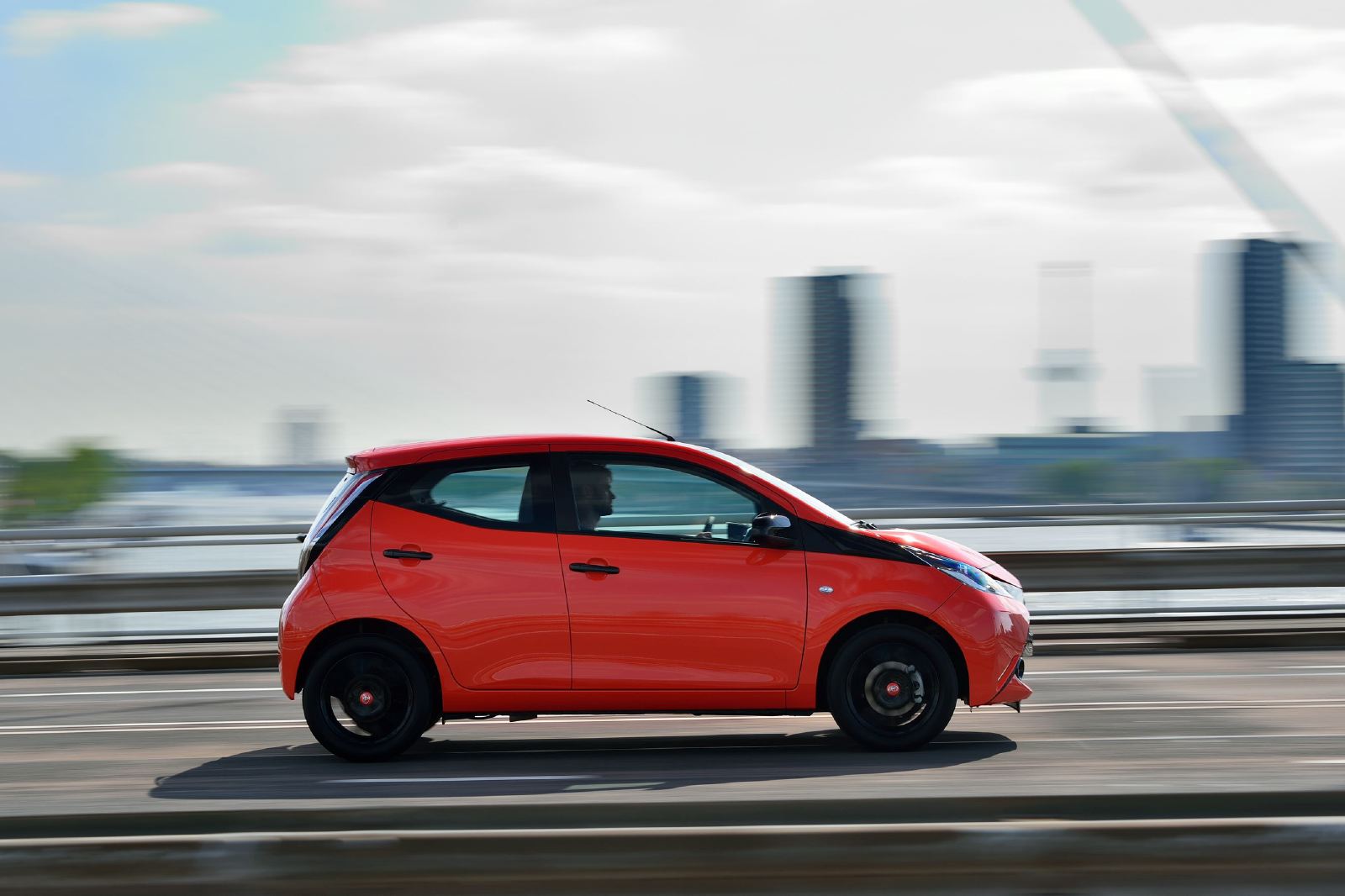 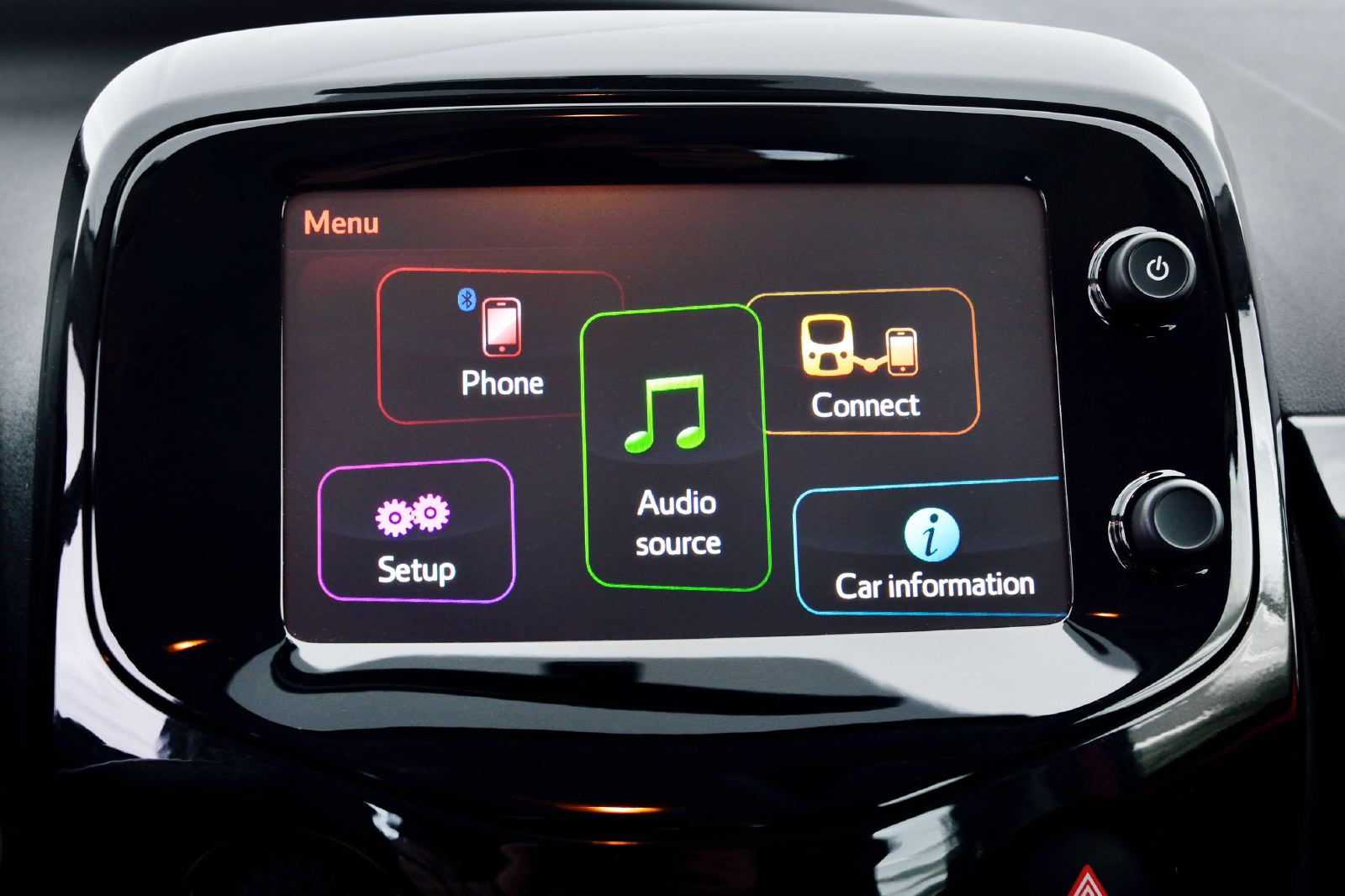 Touchscreen simplistic but easy to use 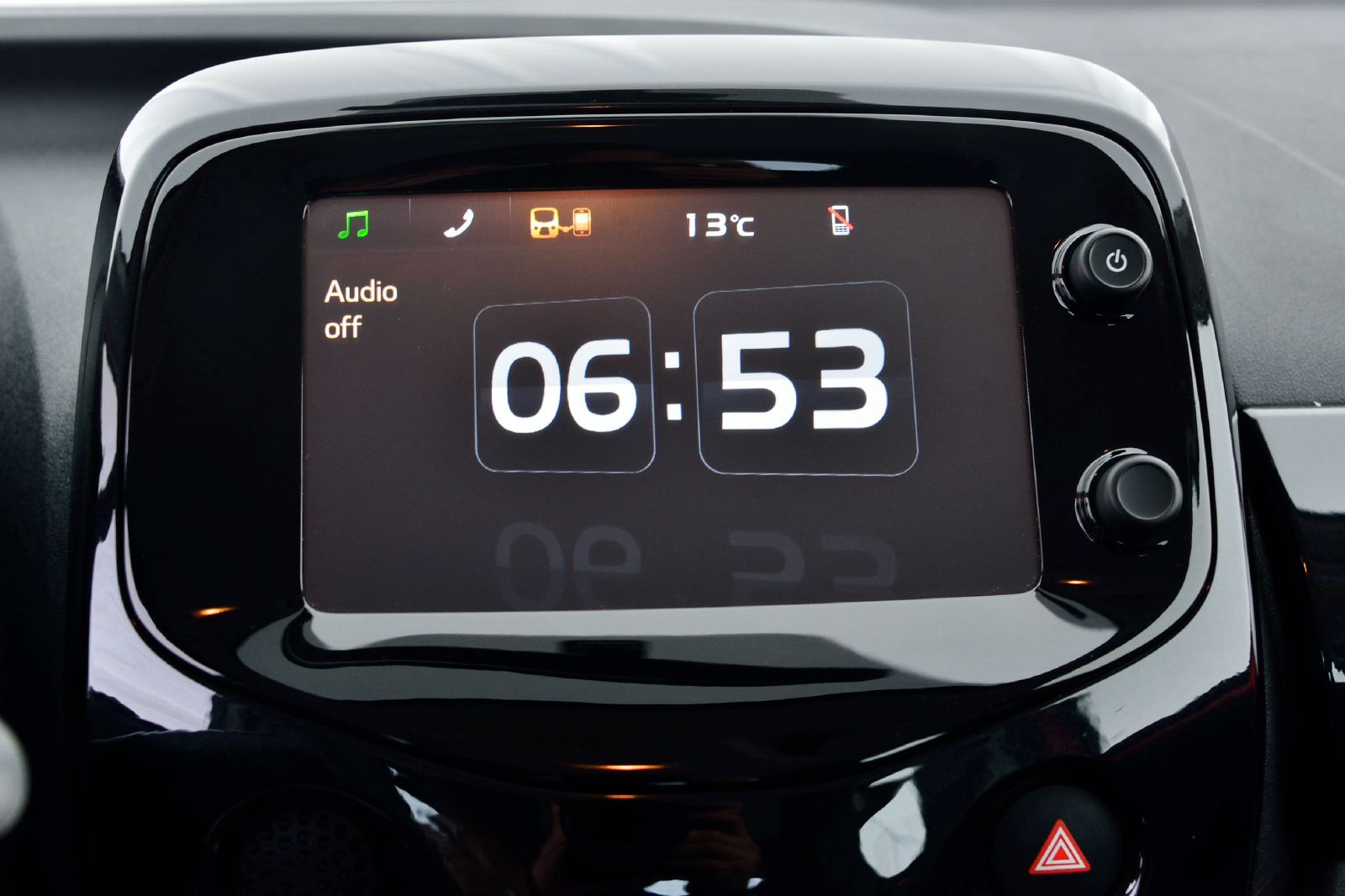 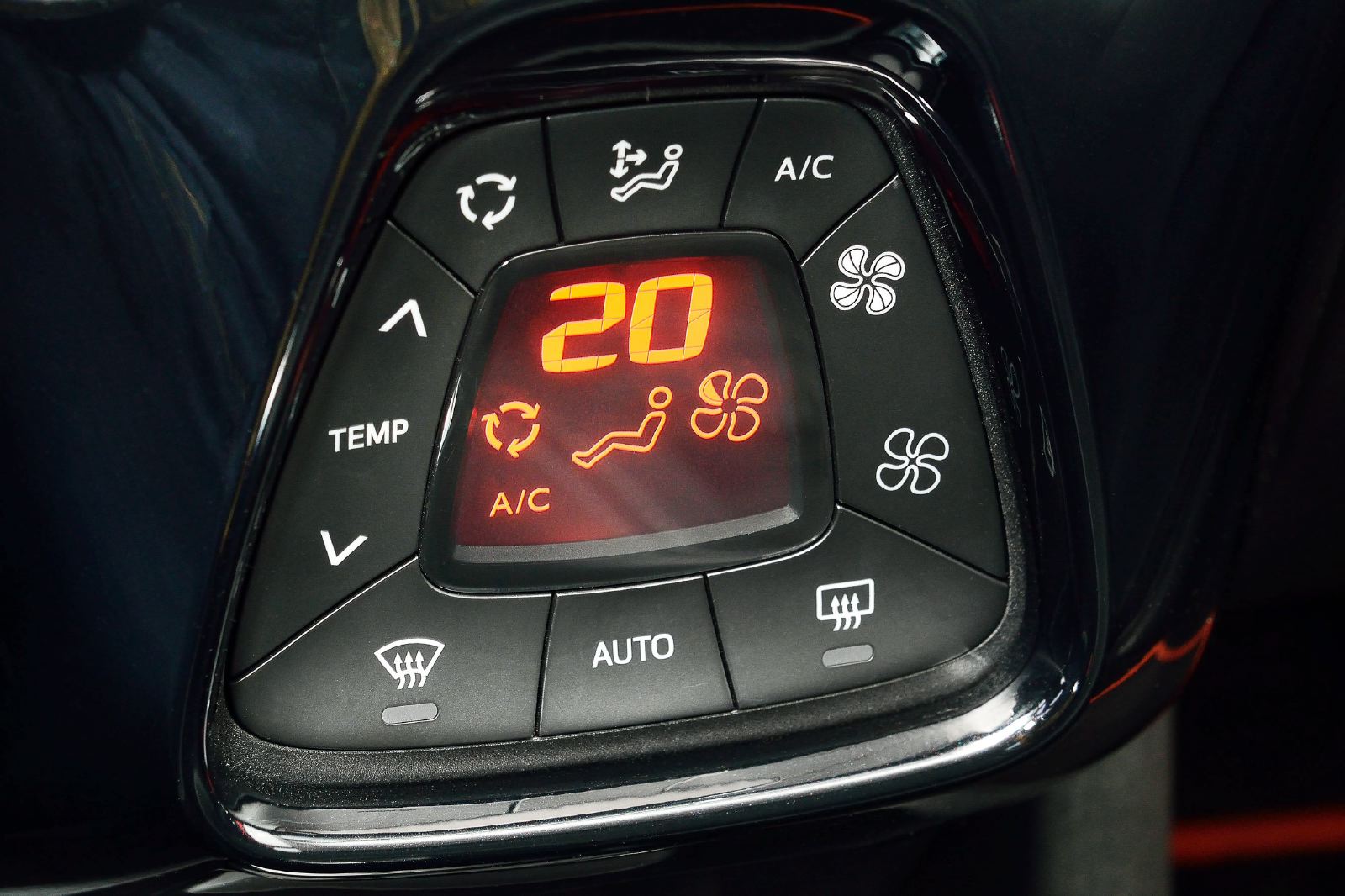 Screen shows time in blocky text when not in use (left); HVAC control on high-spec model 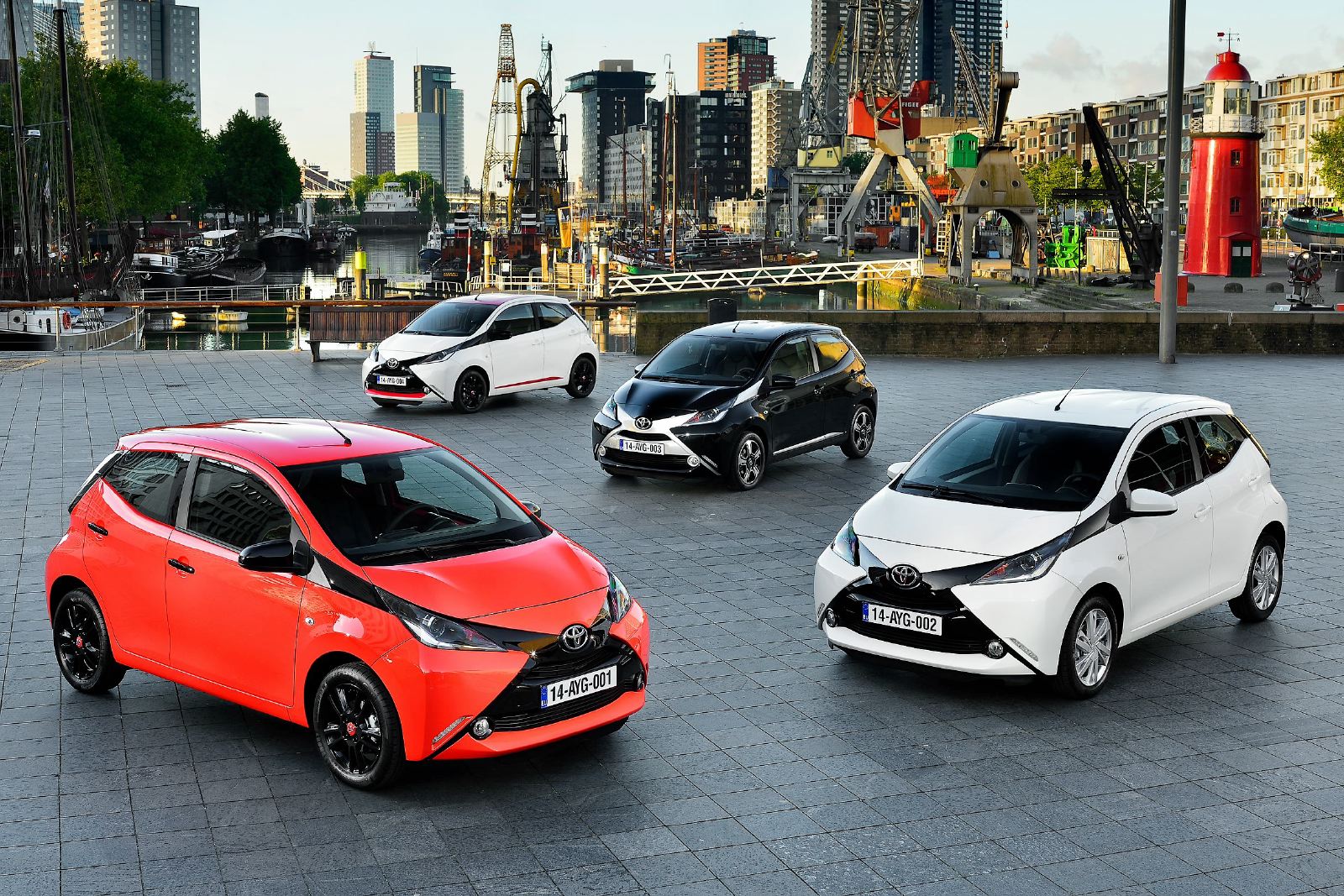 Out on the road, the three-cylinder engine that sits beneath the bonnet isn't quite the ball of potential energy the Aygo's looks imply. However, its modest acceleration is more down to the five, long gear ratios intended to reduce fuel consumption, rather than the engine, which sounds smooth and gives a characterful thrum that seems to suit the car's looks and proportions. Improved aero characteristics, including tiny spats on the door mirrors and rear lamps, help keep wind noise down, too.

Although quite striking, the other Aygos we followed blended into traffic surprisingly effectively. Even in the loud orange paint, it fits in, especially in the congested urban environment of Rotterdam's rush hour. Some details do catch the eye, though - particularly the rear lamps, which have an unusual technical edge, similar to the Nissan Leaf. 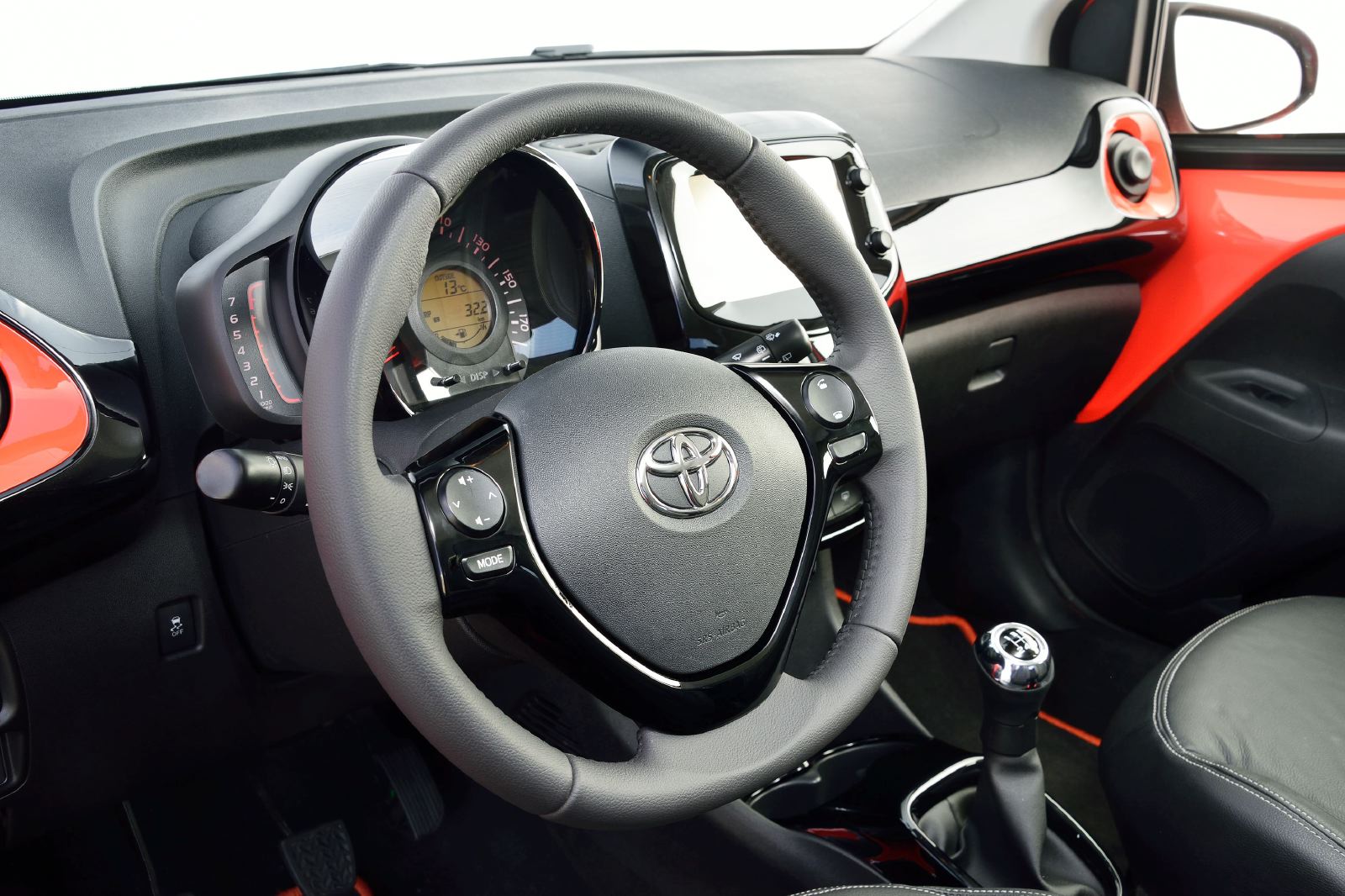 Aygo's dash is a mix of material finishes and qualities 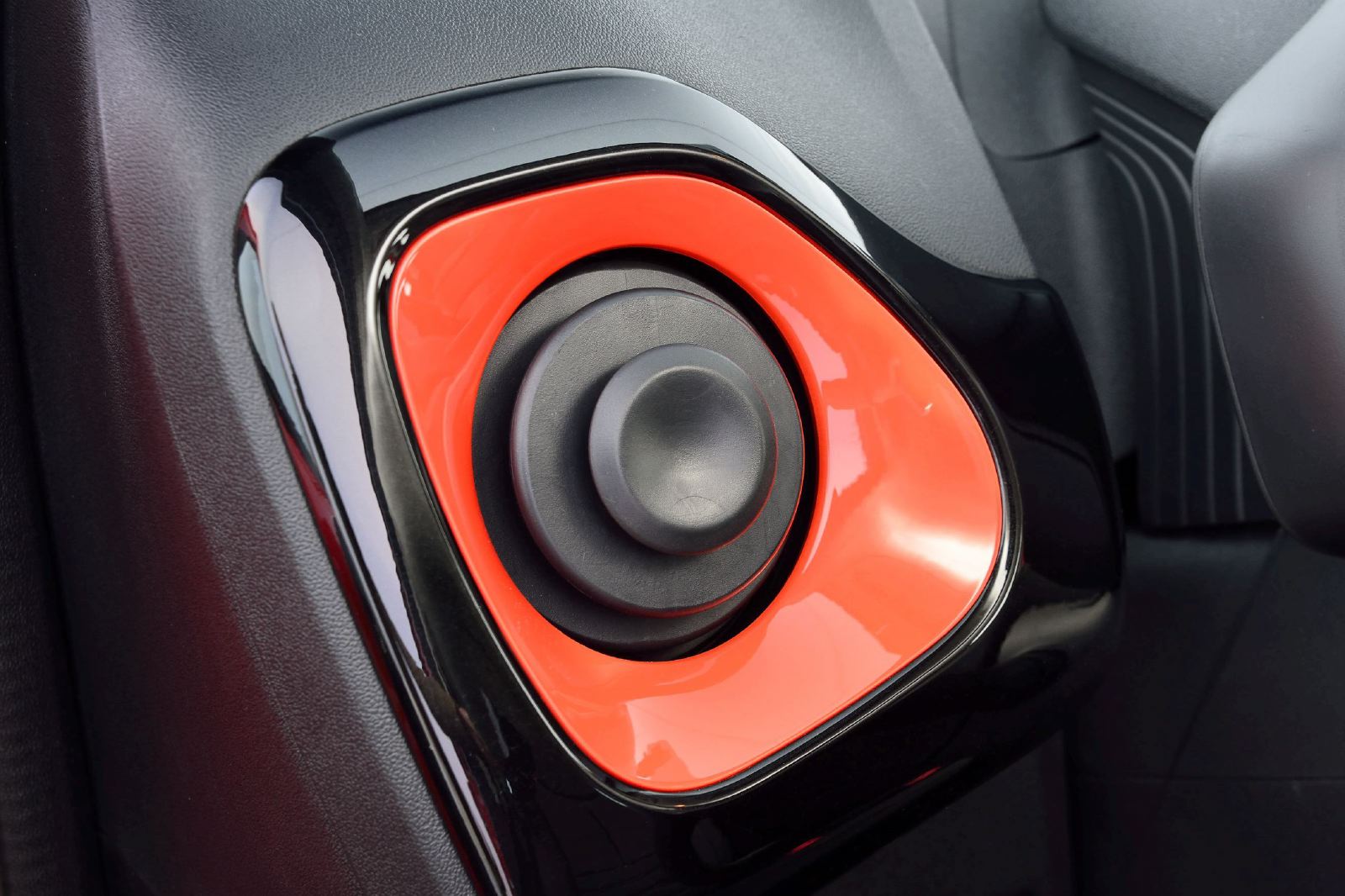 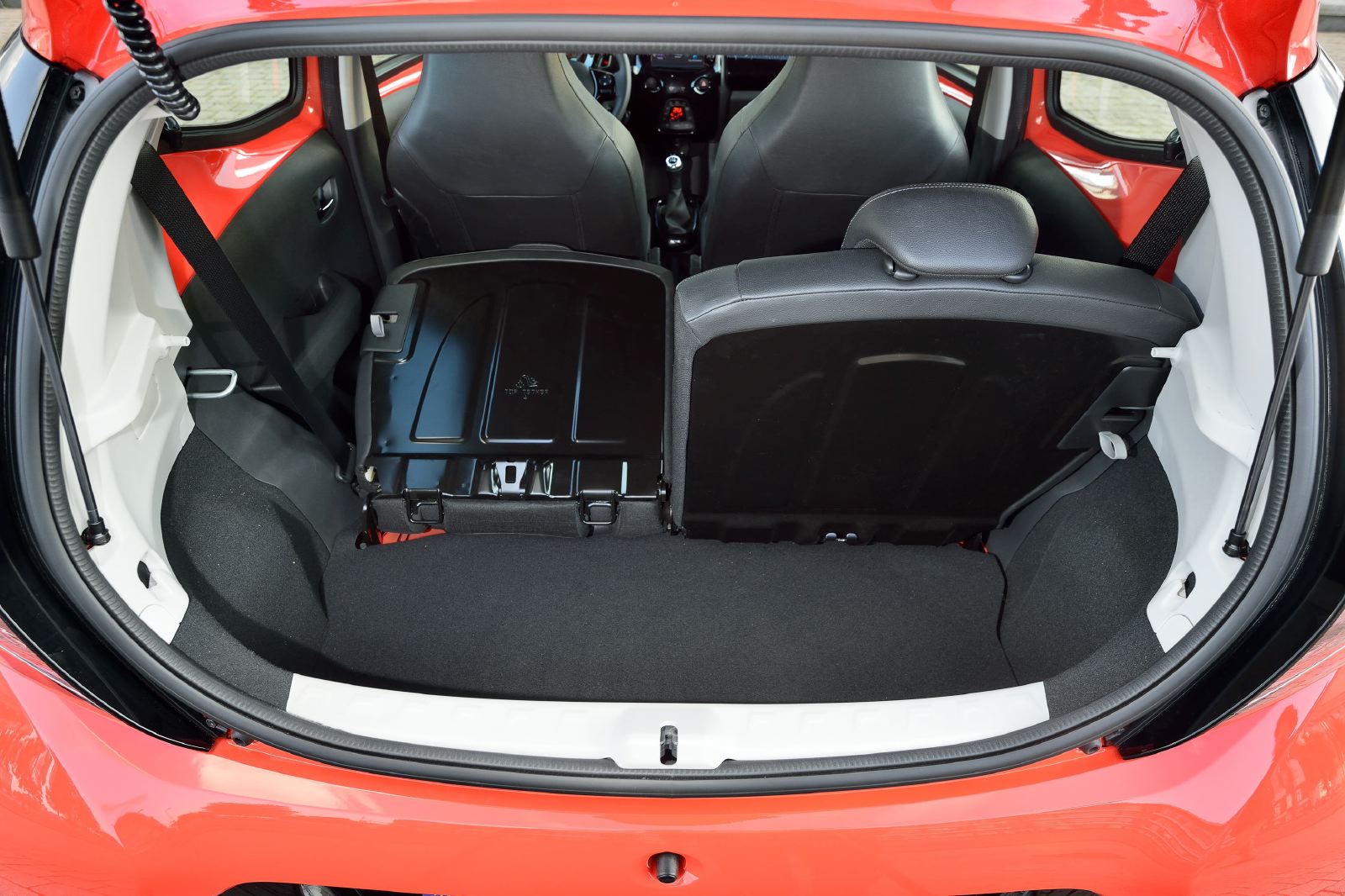 Boot space improves, but lip is still very high for a city car

The dash is made from a mixture of materials - the dashtop, door cards, steering wheel boss and center console are all hard, grained plastic that looks like it might scratch quite easily, although the material doesn't reflect the sun's glare into the windscreen too obviously. The center stack and air vents are surrounded with thicker, gloss plastic that feels a bit more durable, and adds some welcome color to the cabin.

The H-point has been lowered by 10mm, giving the impression of a higher IP, and adding to the feeling of extra safety and security that the exterior design conveys. However, with the lower roof, the Aygo doesn't feel quite as easy to see out of as before, although it doesn't take too long to get used to the car's size on the road.

The beltline kick-up further obscures the view out of the rear three-quarter, as do the front seats, which have integrated headrests.

The parts sharing between the Toyota, Peugeot and Citroën is more obvious inside, as the center stack and gauge packs are shared, along with much of the switchgear.

The seven-inch 'x-touch' color touchscreen is also common. Its graphics lack a bit of sophistication - the screen has an Apple-alike animated transition between functions that works too slowly and is better off disabled - but the screen itself is easy to use, even when driving.

The icons are large and require just a light tap, and connecting your smartphone is a quick and simple process. Once paired, the phone interface is simple, requiring only very speedy glances when operating, while the screen also has Mirrorlink that allows the use of smartphone data for navigation. Toyota also offers the option of a built-in sat-nav, a feature not offered on the Citroën or Peugeot.

Although its face is now branded with a giant X, it has a double-bubble roof, and its stance has been made sportier, the Aygo's exterior design is actually a clever evolution of the gen-one car. The designers have struck an intelligent balance between rethinking the looks, while still bearing in mind the fact that this car is an important part of Toyota's range both in terms of sales now, and returning custom once the buyer decides to upgrade.

It's successful, too, in mollifying the rational concerns of buyers about perceived safety with its more solid look, while also offering scope for buyers to occupy themselves with the more expressive task of customizing their car's exterior with a choice of contrasting colors and trims.

The interior feels a little less successful, and more overtly affected by cost. The mixture of materials used throughout lacks the consistency of competitors like the VW Up, and some of the packaging is compromised, particularly visibility from some angles, the boot opening and rear-seat space.

That said, the Aygo retains its core strengths, being easy to drive and - if the manufacturer's forecasts are to be believed - cheap to run. It doesn't break new ground, but it'd didn't necessarily have to; it succeeds in standing out just a little in a more crowded and competitive marketplace.