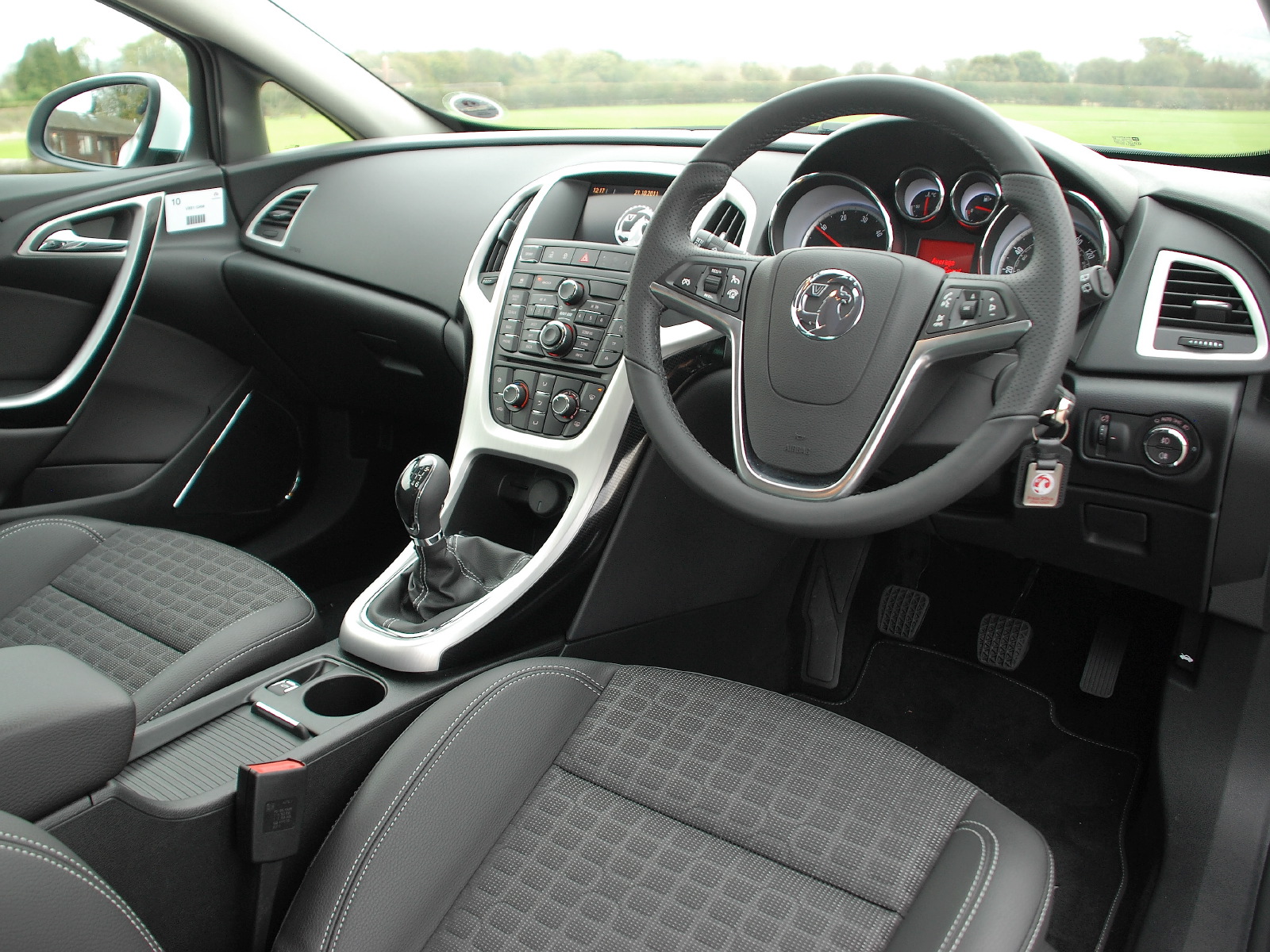 Interior architecture is identical to the five-door Astra hatchback. Click for larger images 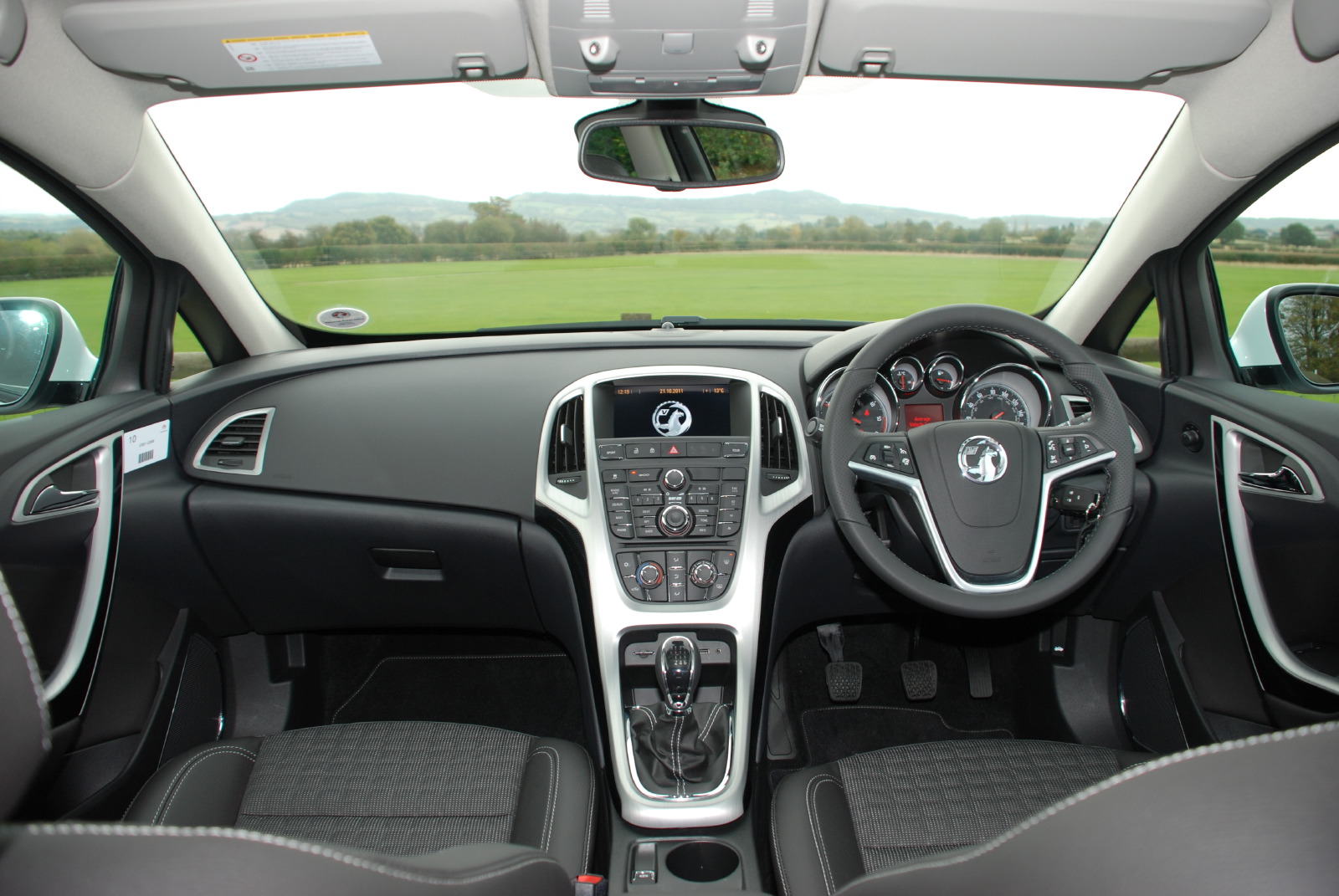 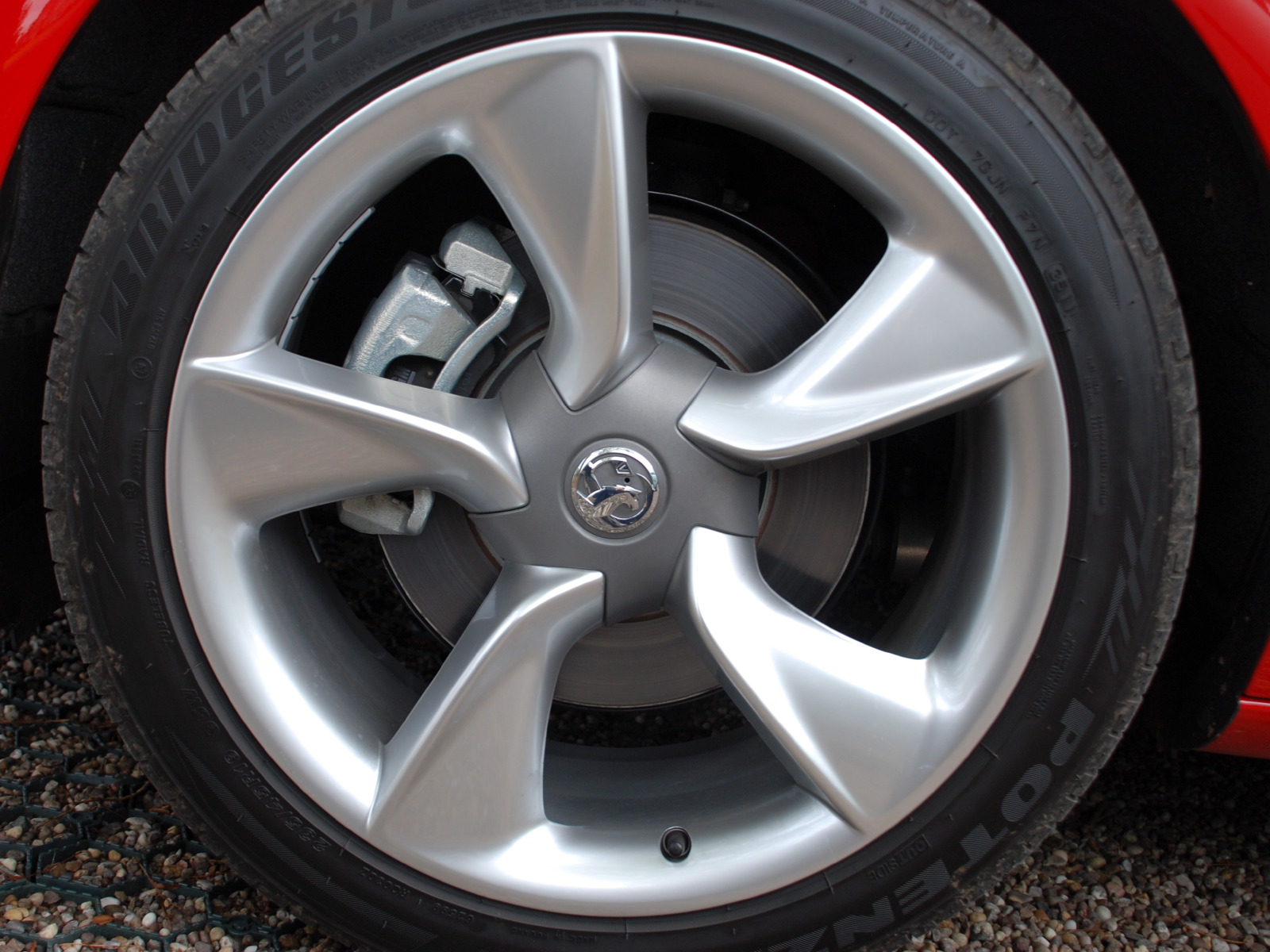 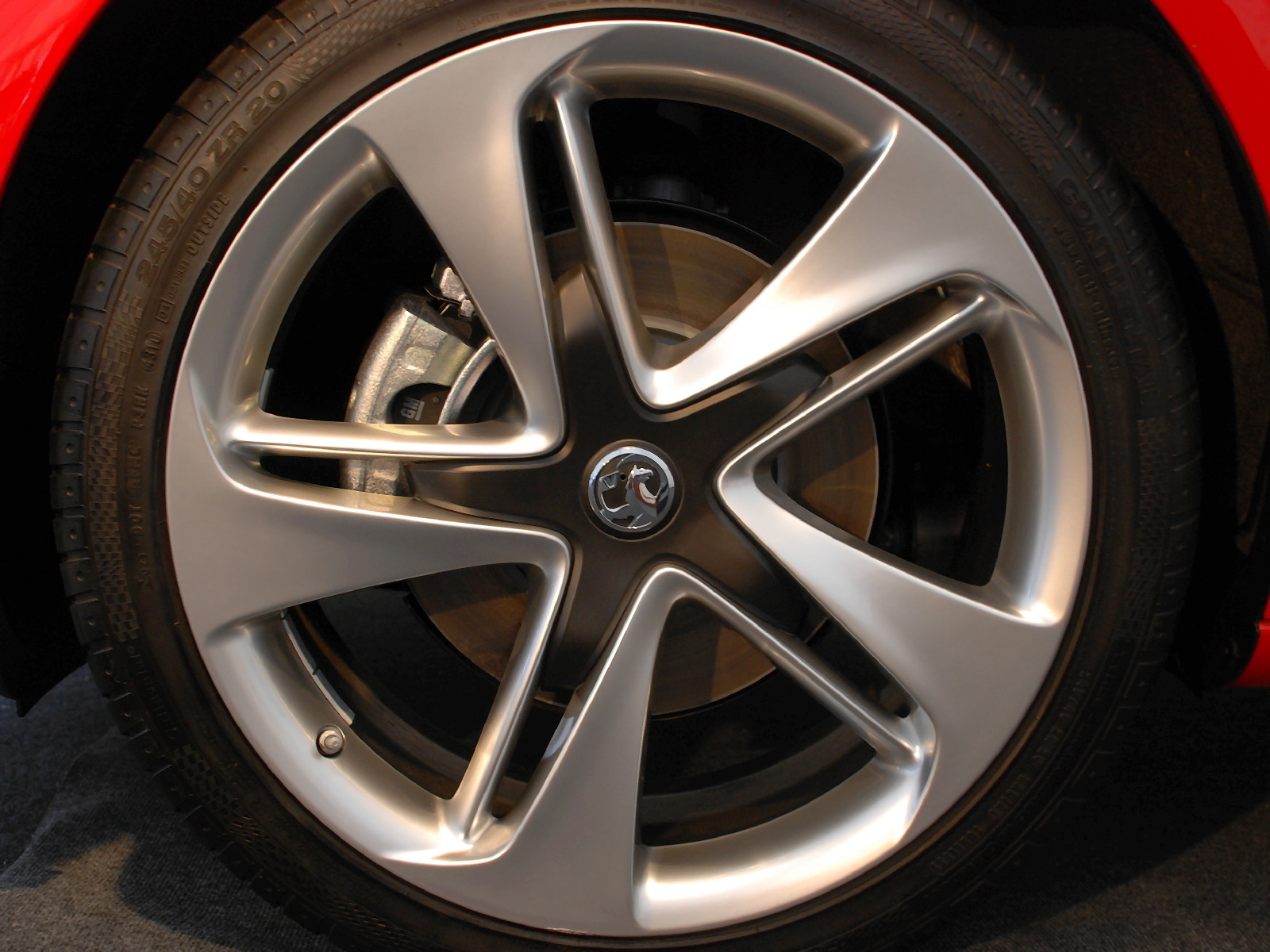 The Vauhall GTC offers a plethora of different wheel sizes, growing to 20-inches in diameter (right) 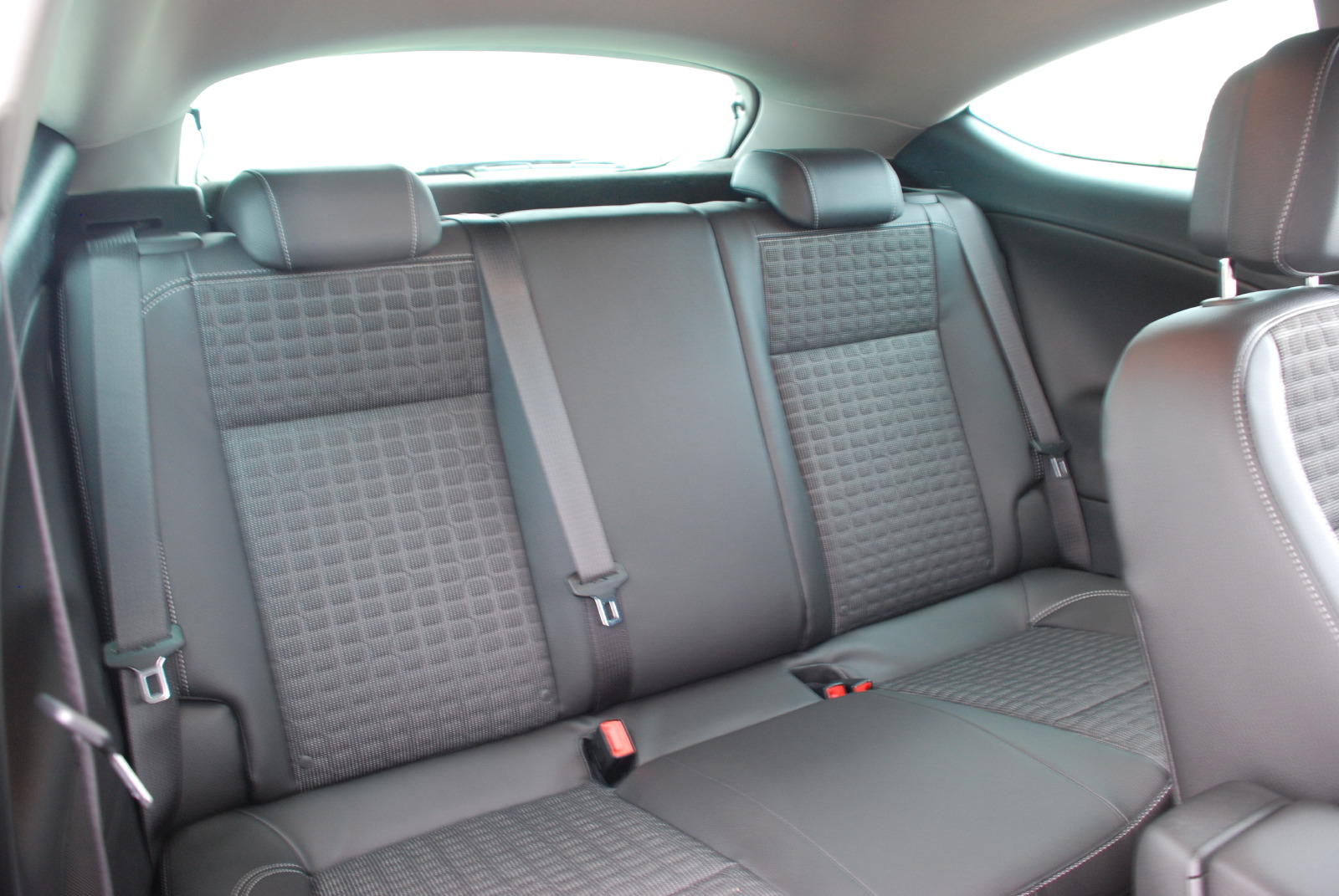 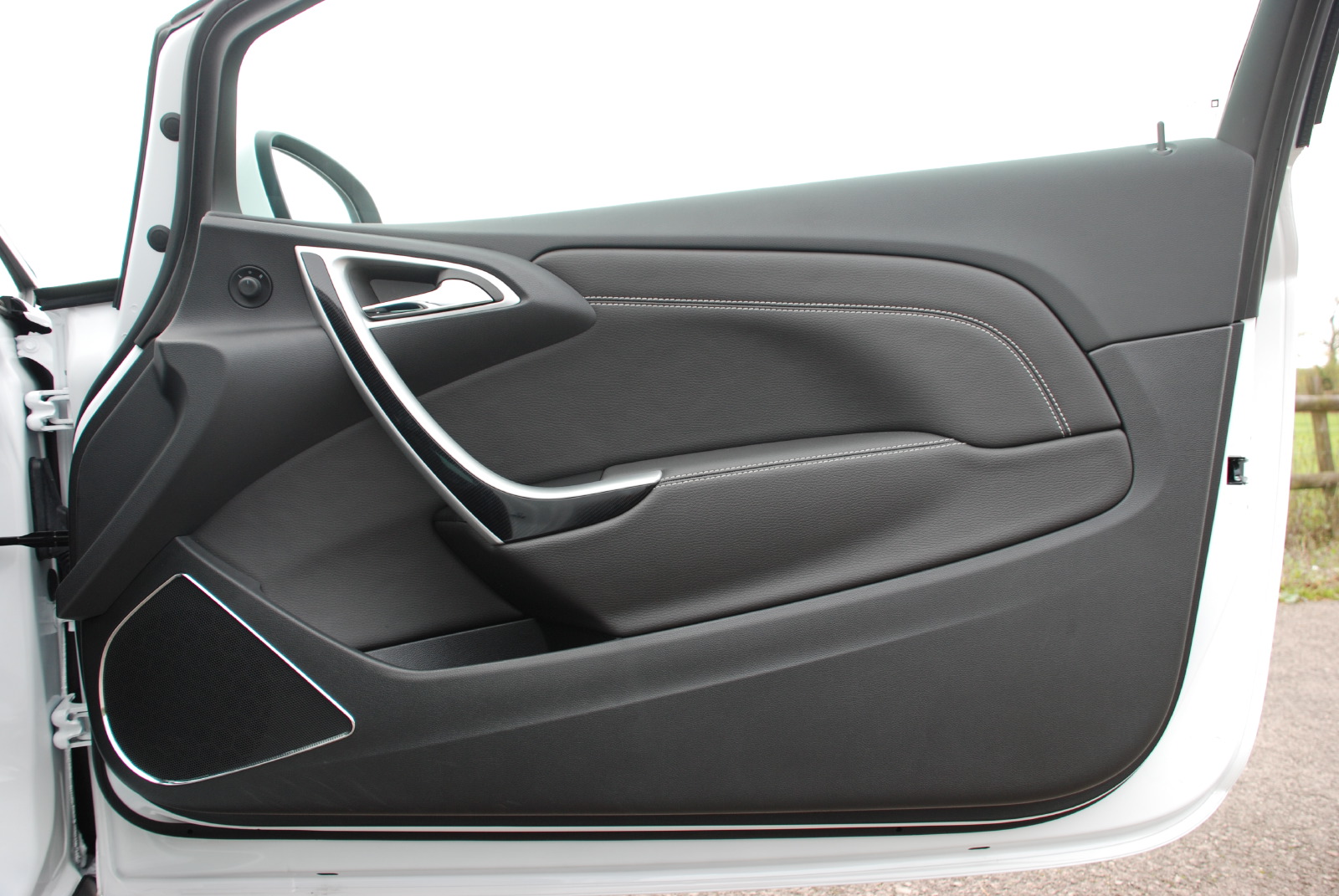 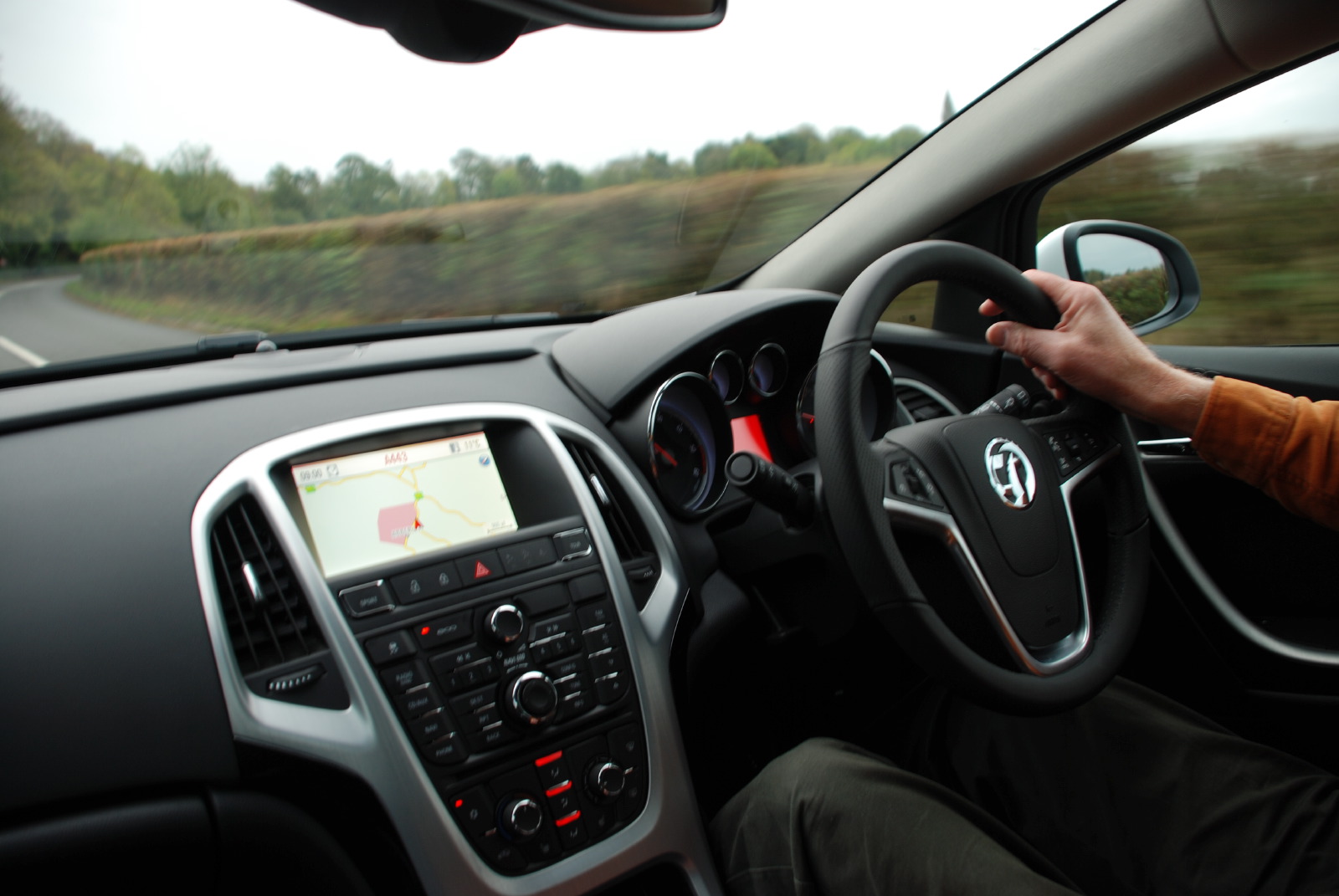 Out on the road, the large central screen relays a multitude of information including navigation options 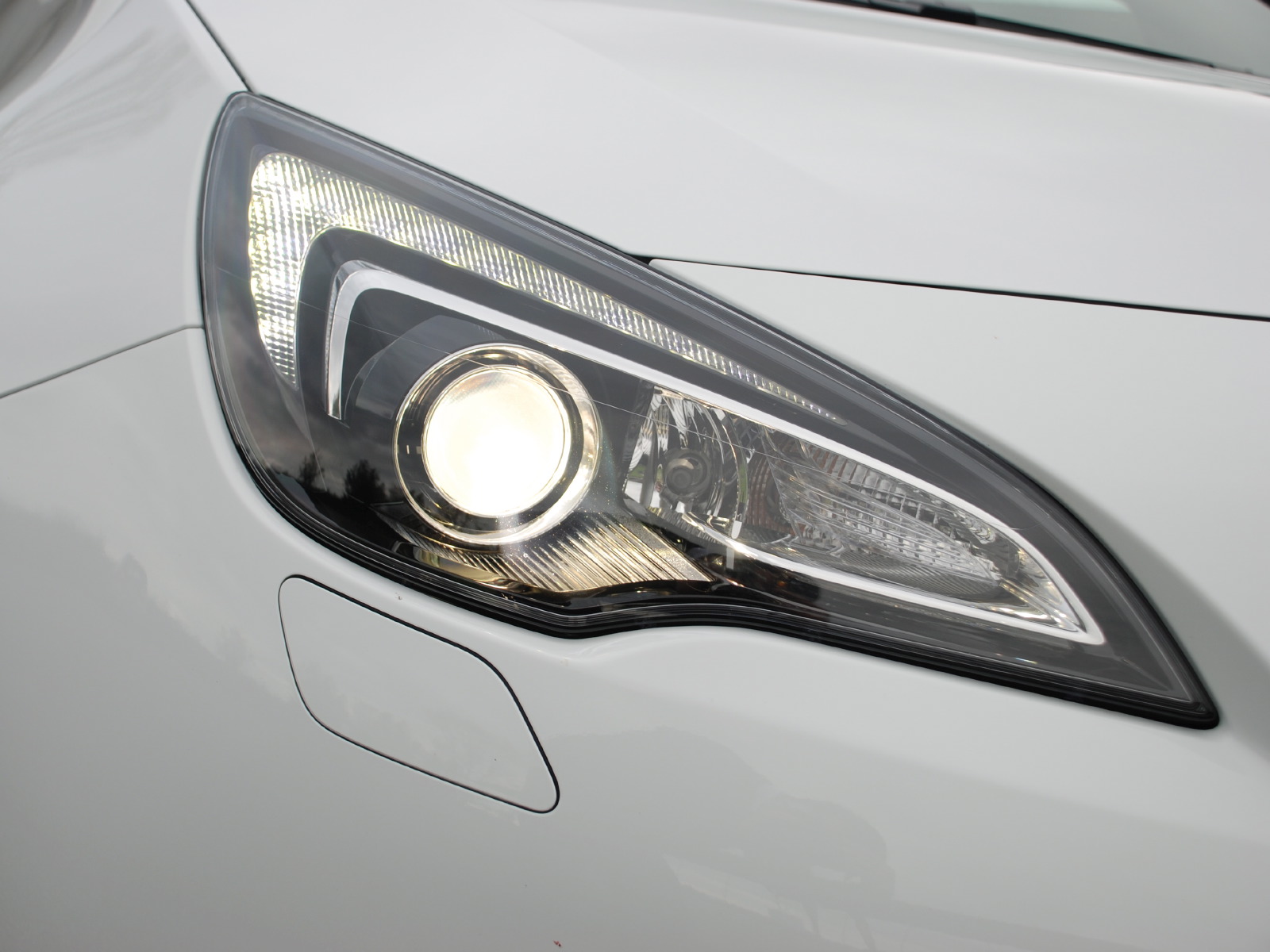 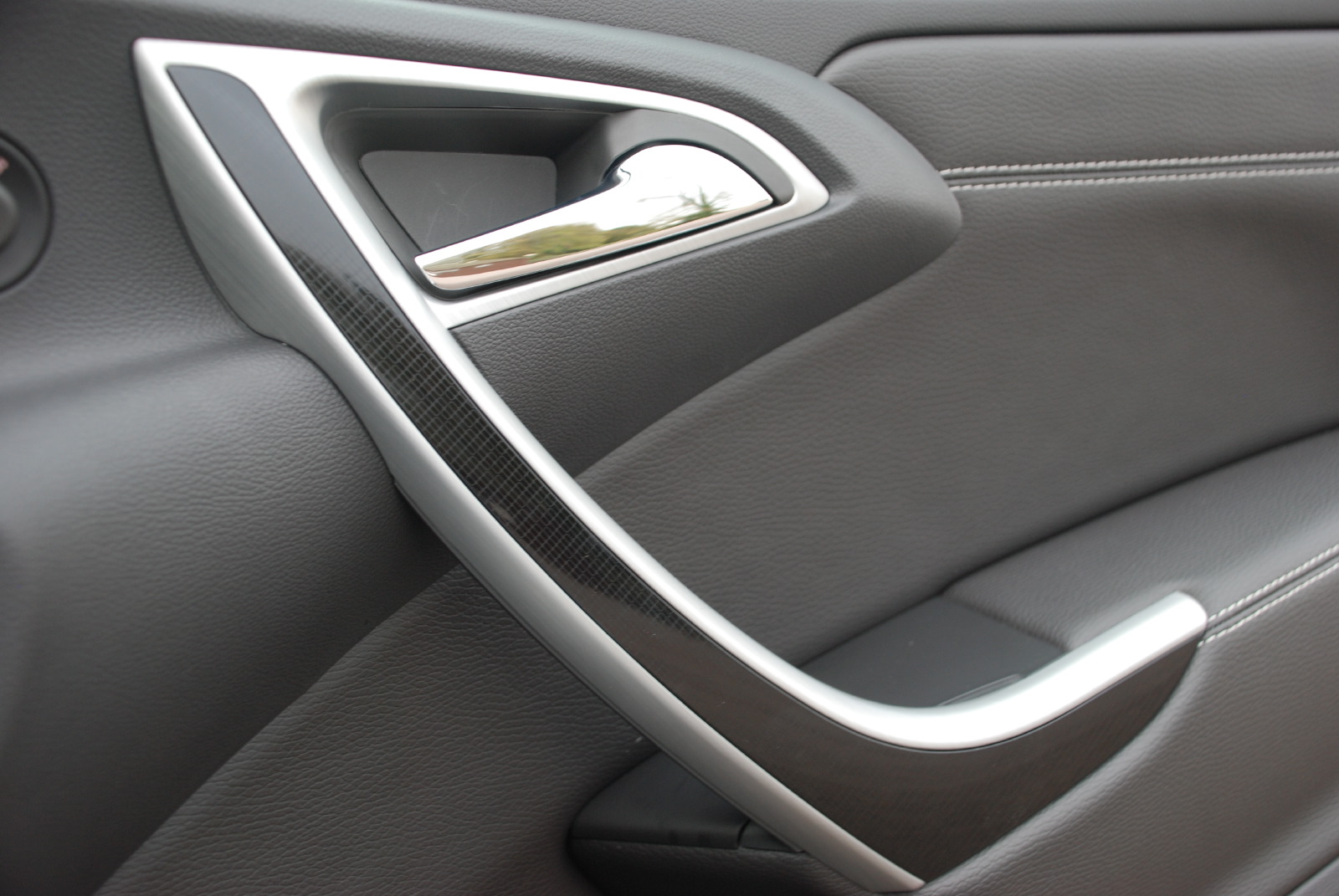 Bodyside 'blade' motif is repeated in head- and taillamps (left), and also reappears in the interior (right) 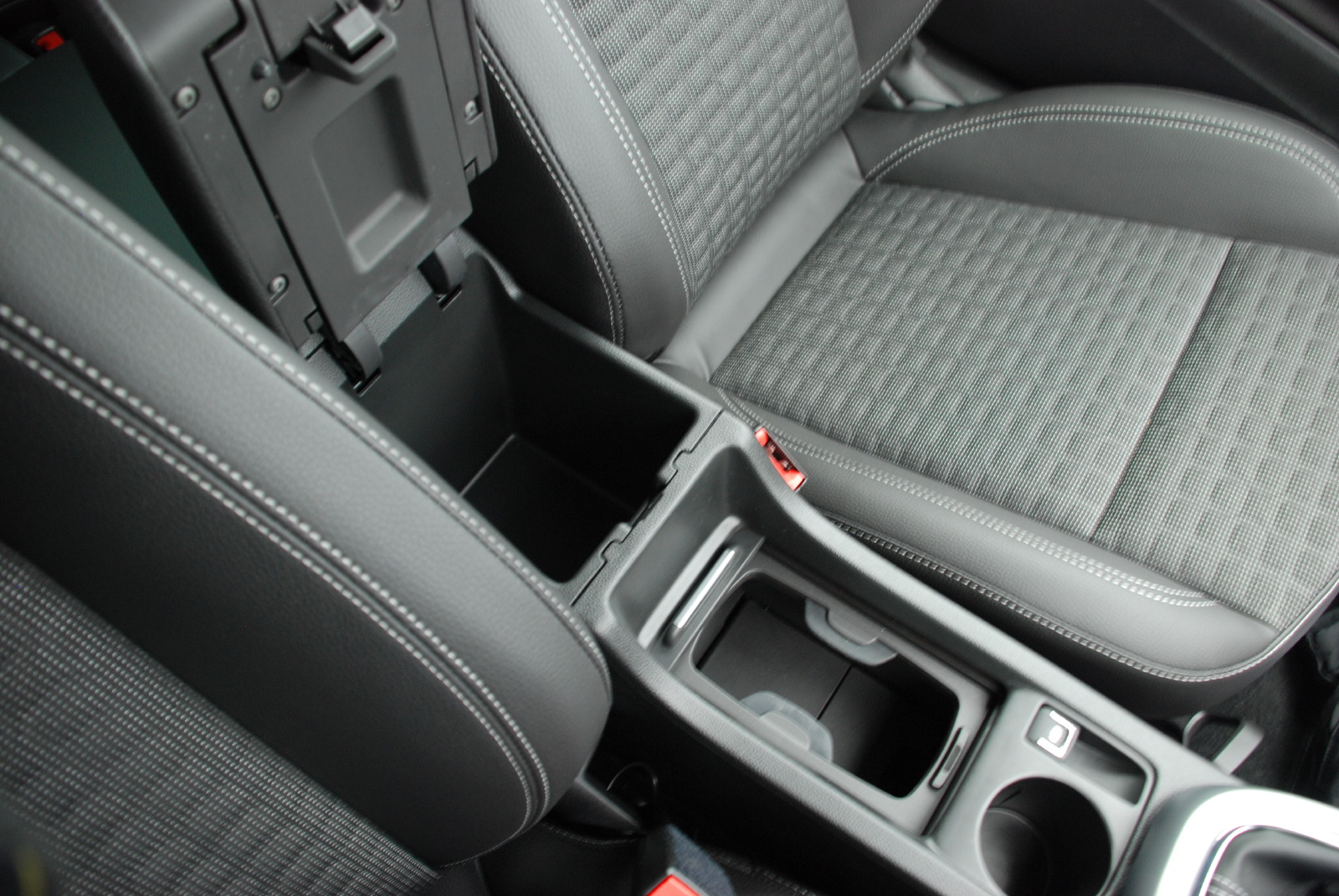 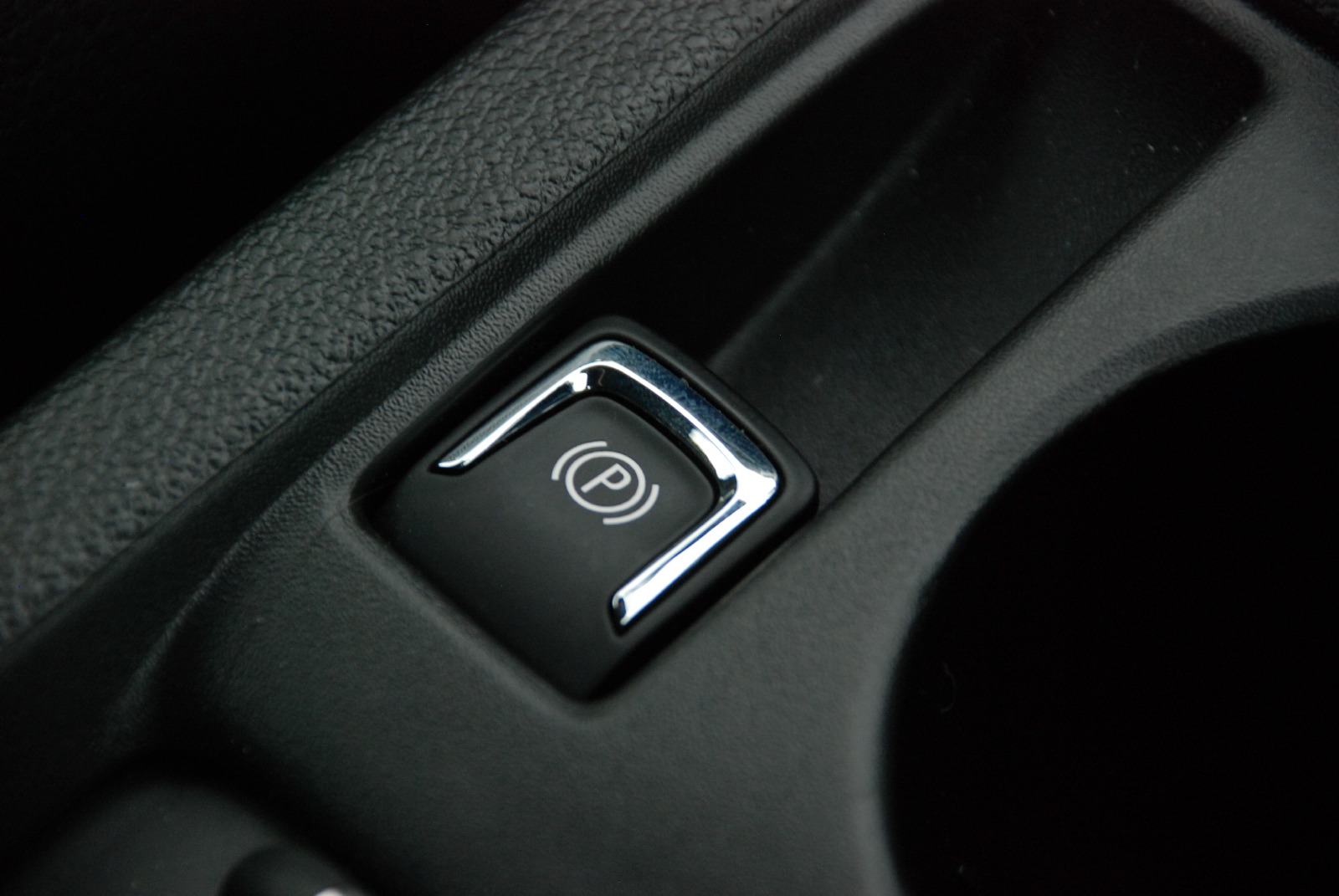 As with the five-door, GTC features a multitude of storage compartments, while electonic parking brake frees up space in the center console 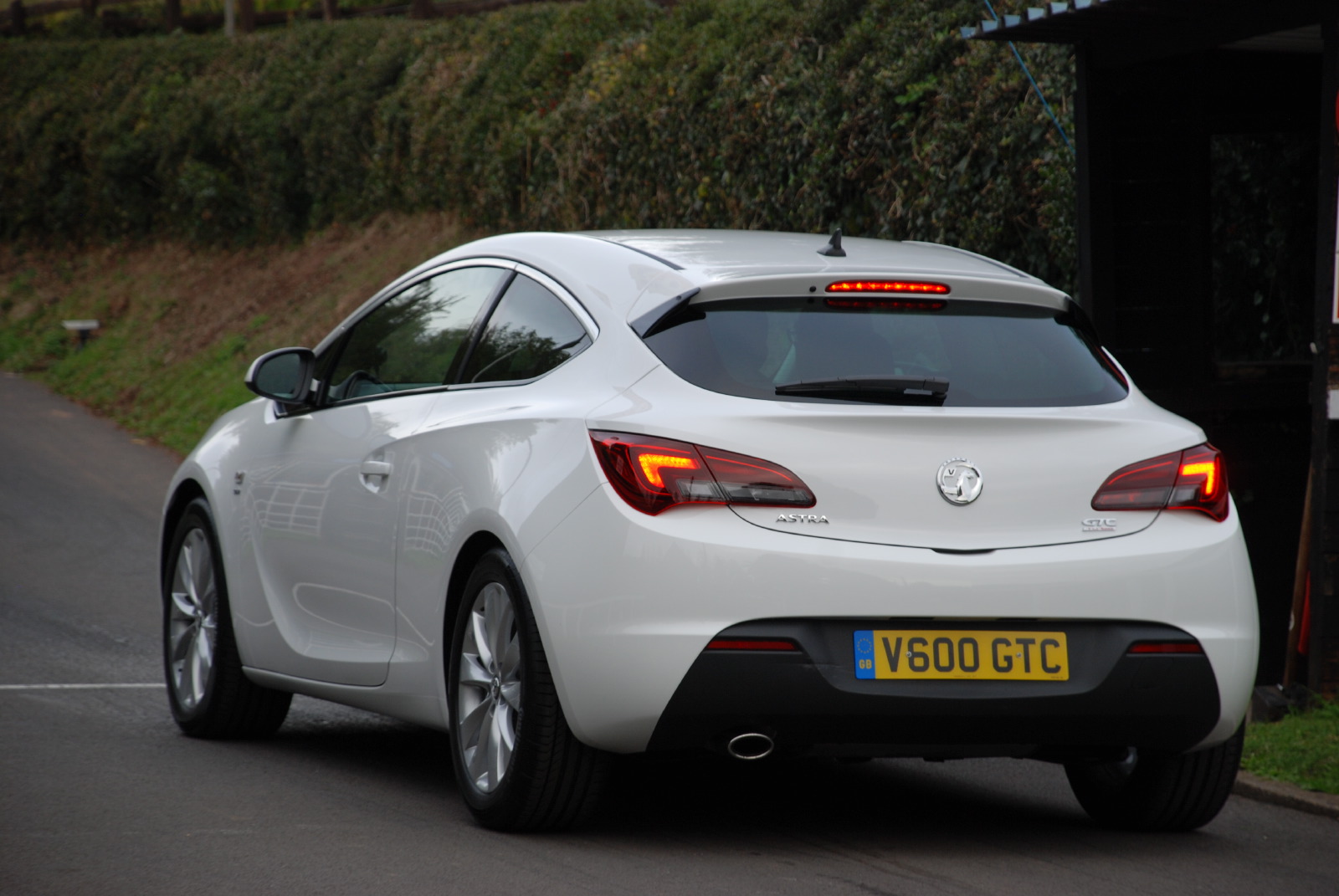 To that end, Dyson worked on making the positive and negative shapes in the surfaces look organic, maximizing tension though the flanks and in the shoulderline to convey a greater sense of dynamism, which is also apparent in the upwards sweeping beltline. "Sometimes the simplest solution is the most iconic," says Dyson. 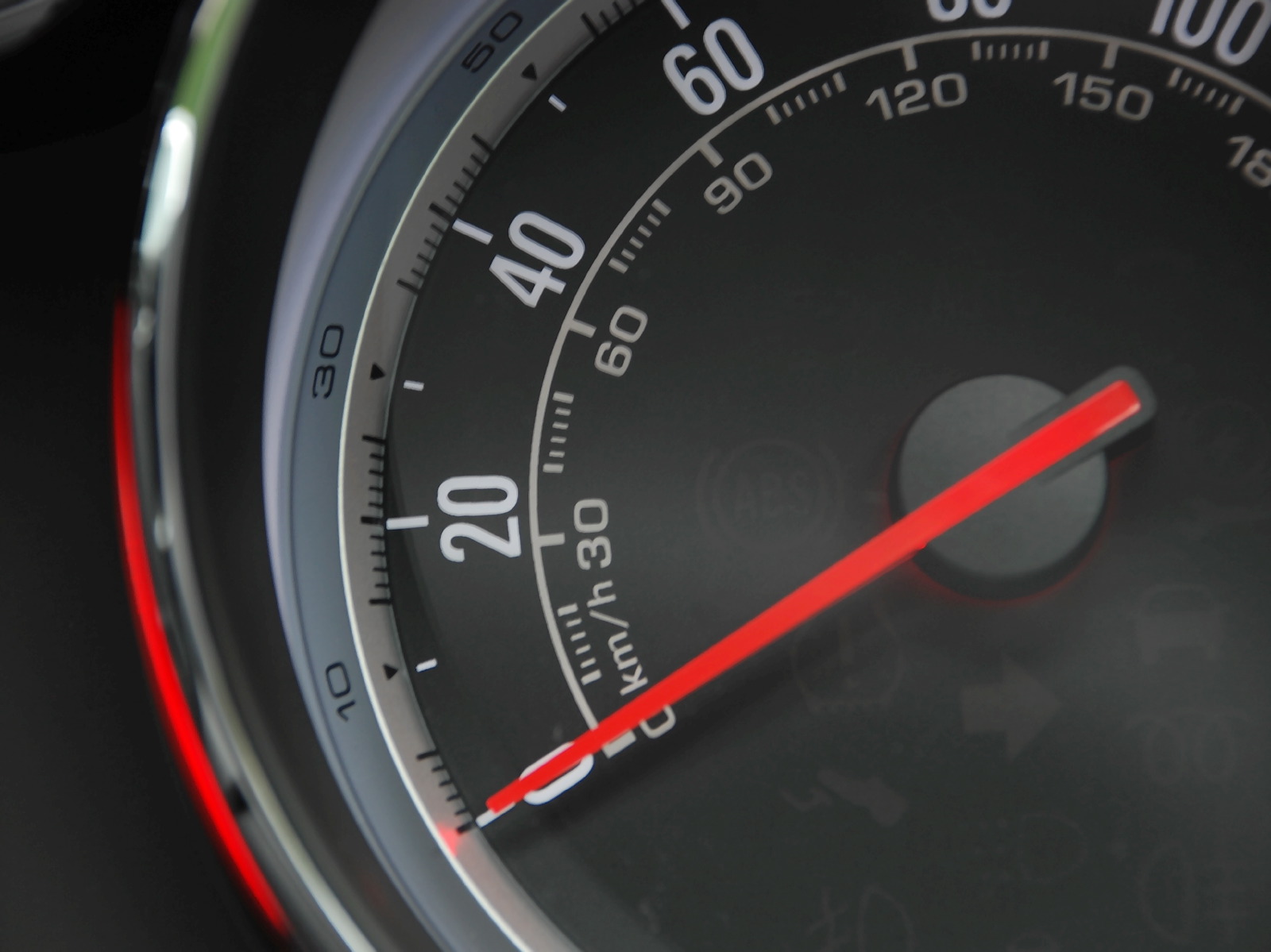 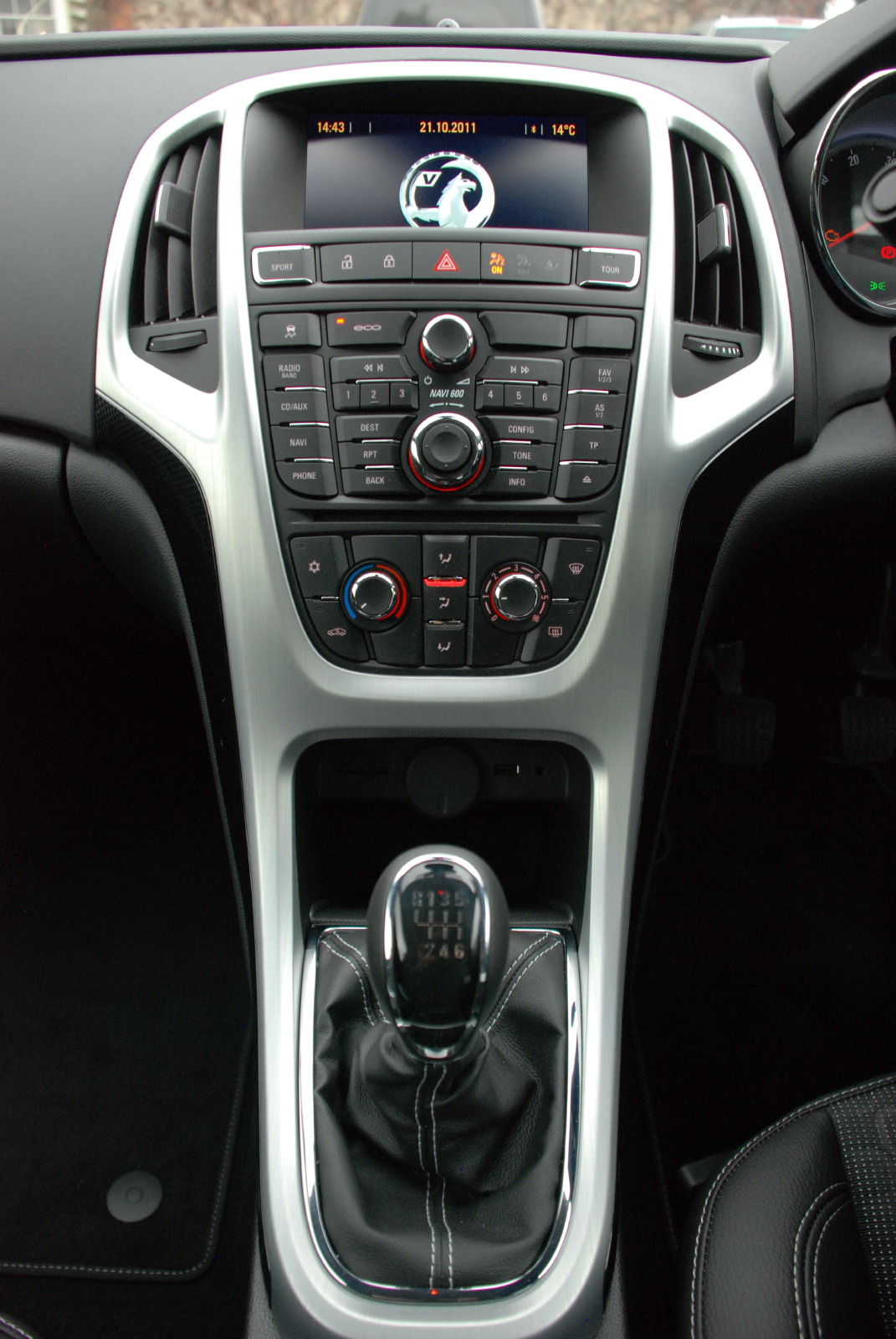 IP and central stack are shared with five-door counterpart 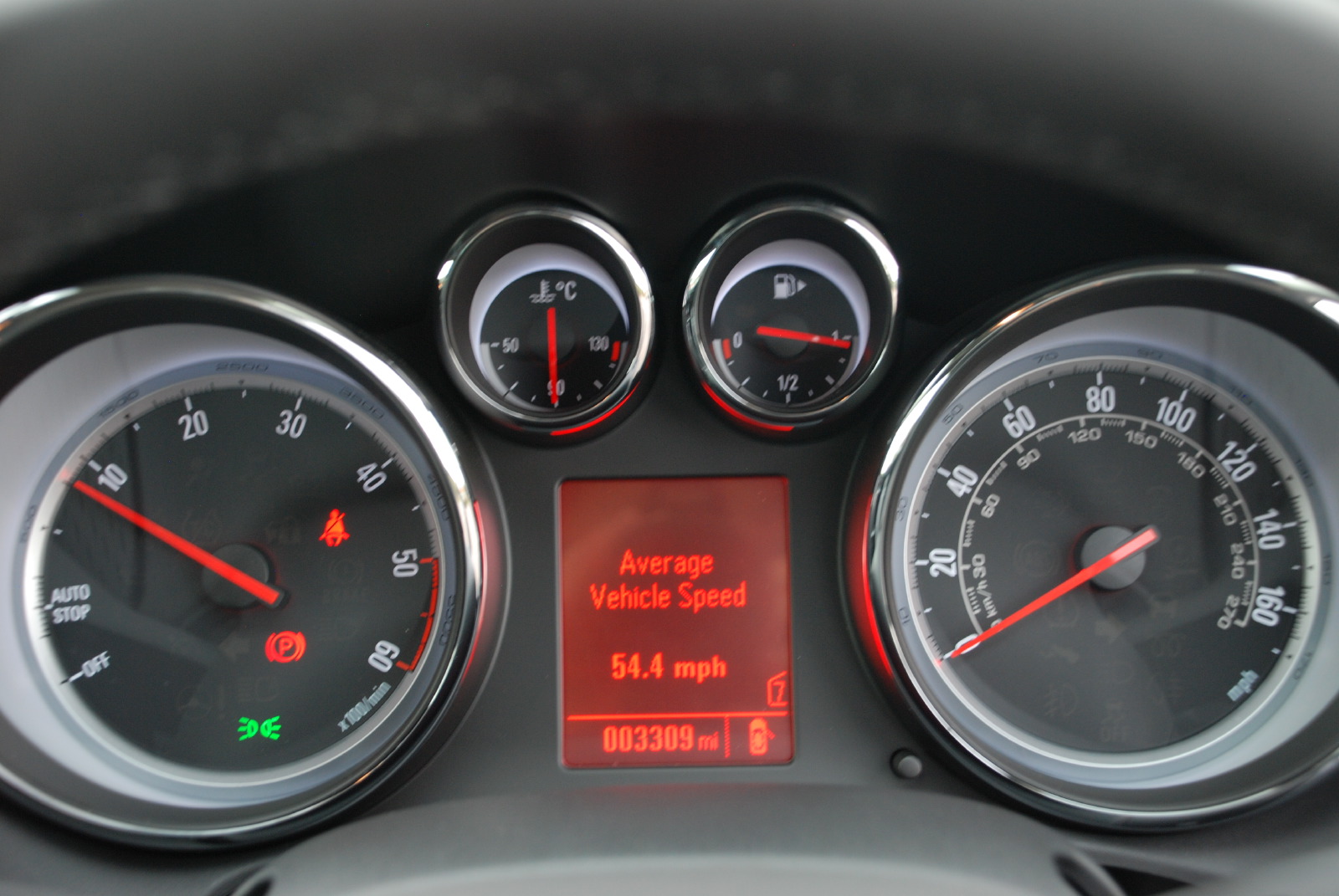 Binnacle compromises of four clean dials and a central OBC 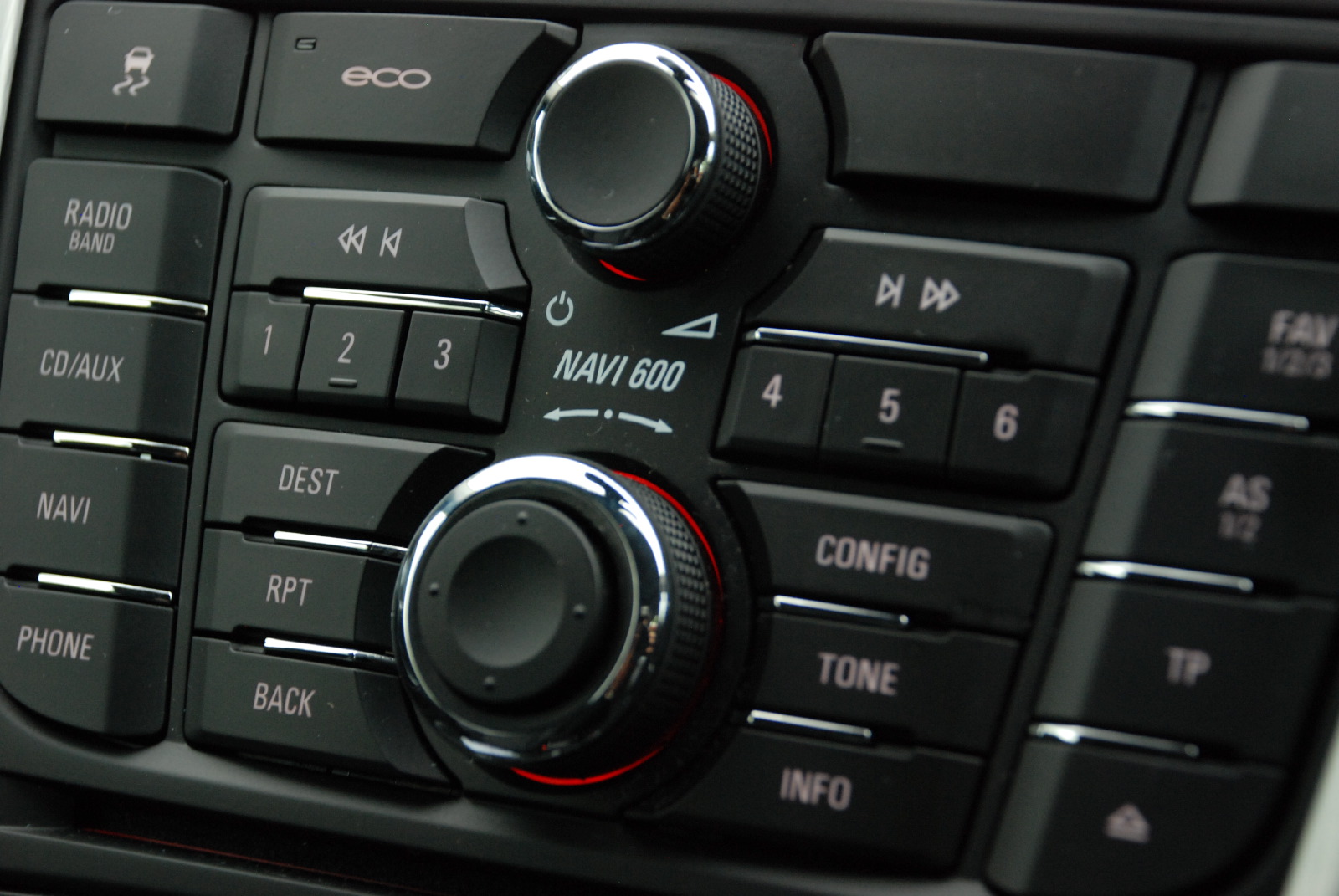 Borrowed from the five-door, the Astra GTC's audio and HVAC controls have a good tacile feel, elevating perceived quality 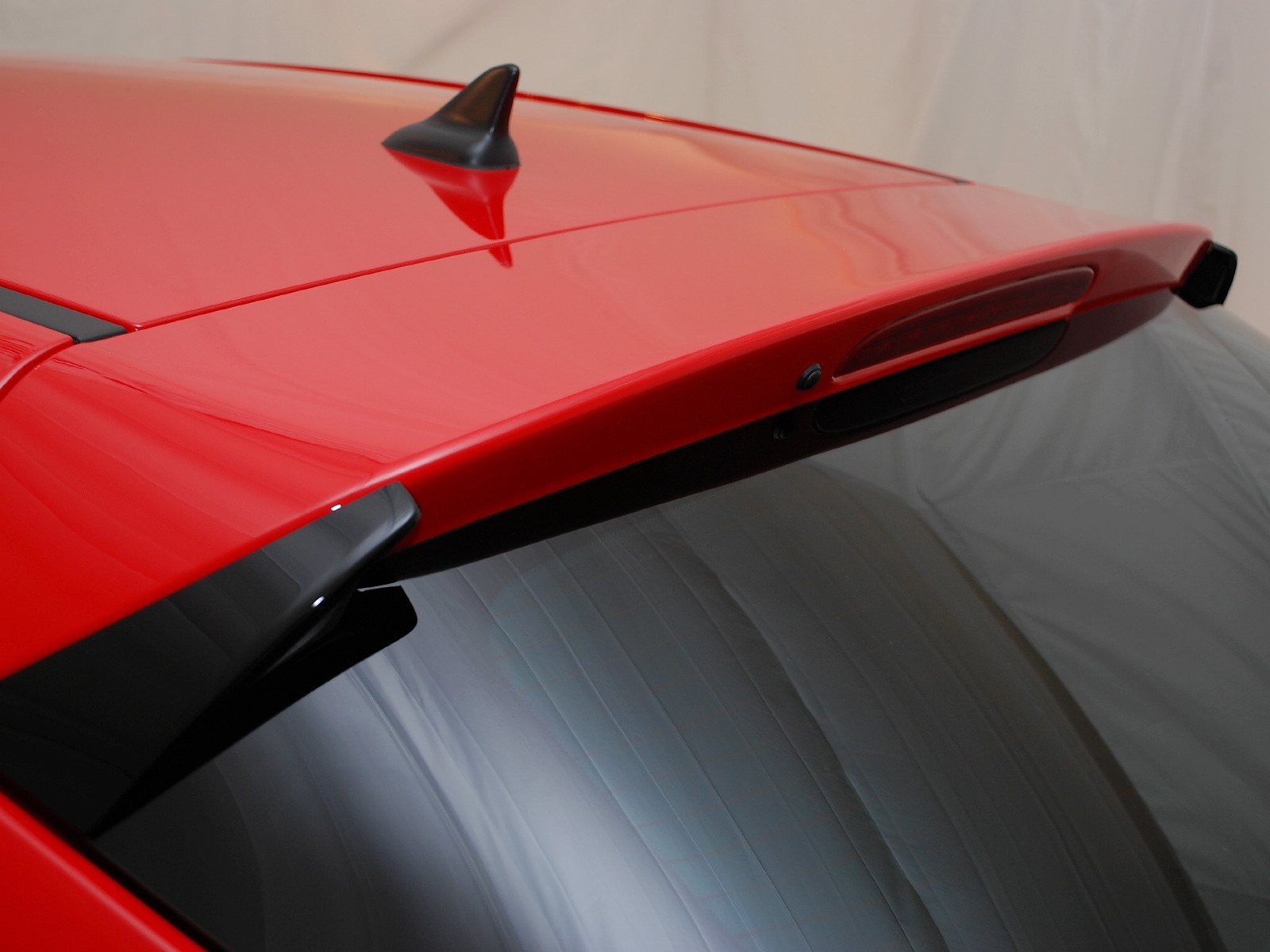 The definitive Opel/Vauxhall side blade graphic - consisting of defining lines that intersect above the rocker - was also employed to break up the bodyside surfaces and hold the car together visually. This featureline is reversed on the GTC and mimics that of the Insignia. Combined with large fender flares, the GTC's wheelarches are also as big as those found on the larger model, which enabled designers to house larger wheels than on the Astra five-door. Wheels can now be ordered up to 20-inches in diameter, further enhancing the car's stance.

The rear end design is another clear visual differentiator, with slim horizontal taillamps maximizing the width of the vehicle, a sculpted surface treatment and a darker diffuser-like rear panel under the bumper to detract from its visual weight. All of these elements combine to make the car look dynamic and planted on the road, while a subtle spoiler lip contributes to the GTC's 0.33 Cd figure. "We worked hard on the aerodynamics, and keeping it lightweight," Dyson said.

Intersecting lines coming off rear quarter and around to the back of the car and a backlight graphic that runs into the corners are also key elements that define the GTC. They also speak to the overall cohesiveness of the design. "The rear is my favorite aspect," Dyson admitted.

The interior design is identical to that of the five-door Astra; the only changes are the longer door panels, the rake of the A-pillars and the DLO height. Unfortunately visibility out of the vehicle is impeded by the large A-pillars, shallow backlight and the rising beltline, which tapers the DLO at the massive C-pillar. But these are small prices to pay for what is overall a very user-friendly interior with high levels of perceived quality and tactile controls that have already proven their worth in the five-door hatch. New materials, colors and leather can also be specified, and a six-way adjustable driver's seat is also on offer.

The GTC also has the most voluminous luggage compartment in the segment, with a luggage capacity that extends to 1165 liters with the rear seatbacks folded - nearly 160 liters larger than that of the Scirocco. Ingress and egress from the rear cabin is also a less tortuous affair, but we wouldn't want to be there for long journeys.

The UK is the Astra's biggest market, and with the GTC expected to account for nearly 40 percent of sales the engineering to hone the car's chassis and suspension components took place at Vauxhall's engineering headquarters in Millbrook, under the direction of chief dynamicist Gerry Baker and engineering group manager Peter Stoker. With the suspension tuning optimized for the UK's demanding and challenging roads we don't doubt its formidable effectiveness in other European markets.

Dyson spoke about sidestepping the engineering battles that normally ensue following the desire to achieve taut lines paired with sportier driving dynamics: "They went out of their way to create elements that would be functional but also good for design," Dyson said. "The spoiler at the rear is made as a single piece rather than two as initially designed, that shows the dedication of the engineering team."

The GTC is a car that will most certainly live up to sales expectations: it surpasses the competition in terms of style and practicality all at a more affordable price point. And with Ford's stable currently devoid of a three-door Focus, the GTC has even less competition to contend with. Just as its five-door sibling, the GTC is an attractive offering in a highly competitive segment, and one that has design, craftsmanship and quality in its corner.