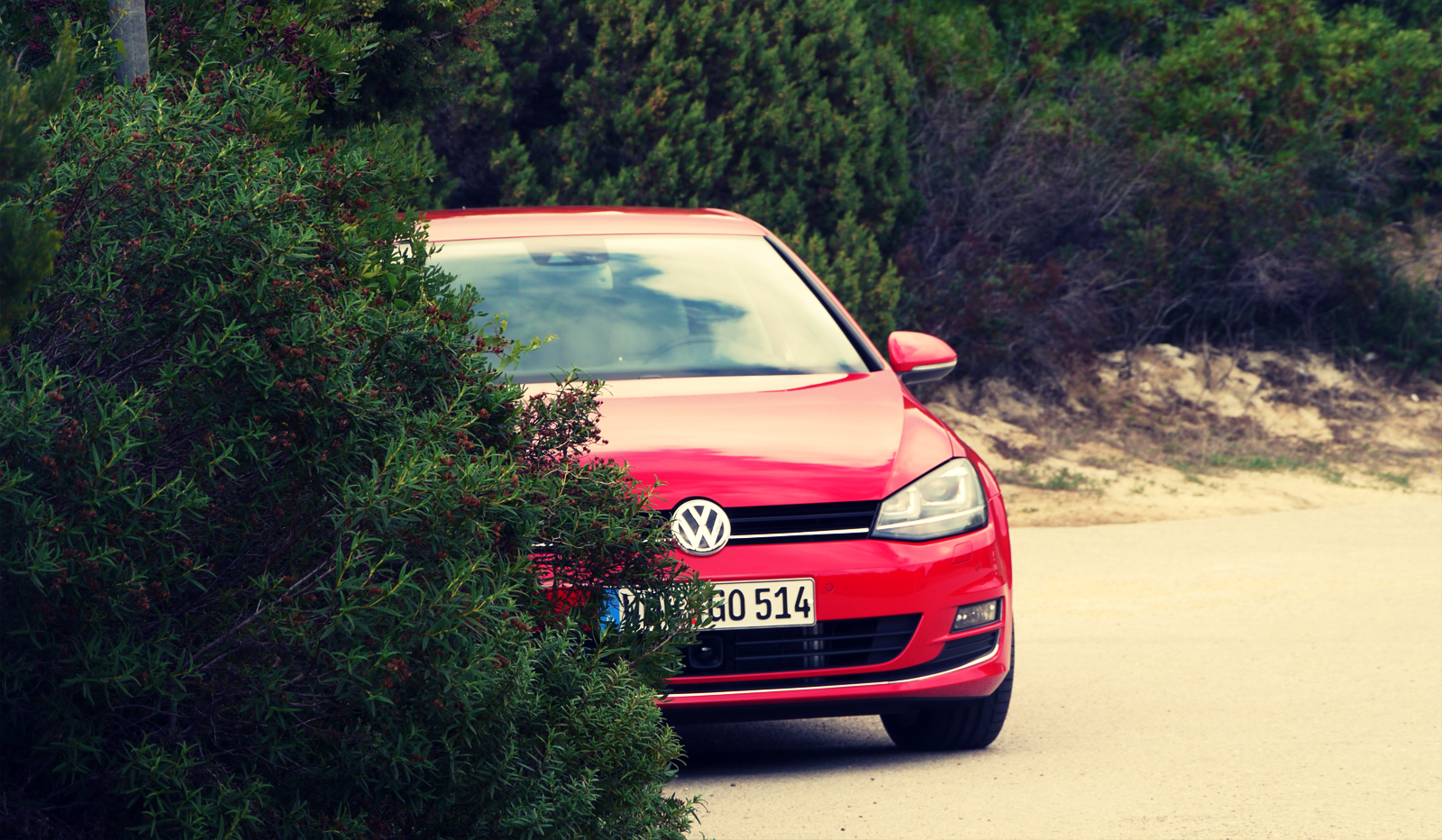 The new Golf could never be mistaken for anything else. Its lead exterior designer calls it the "200 meter test". Click for larger images 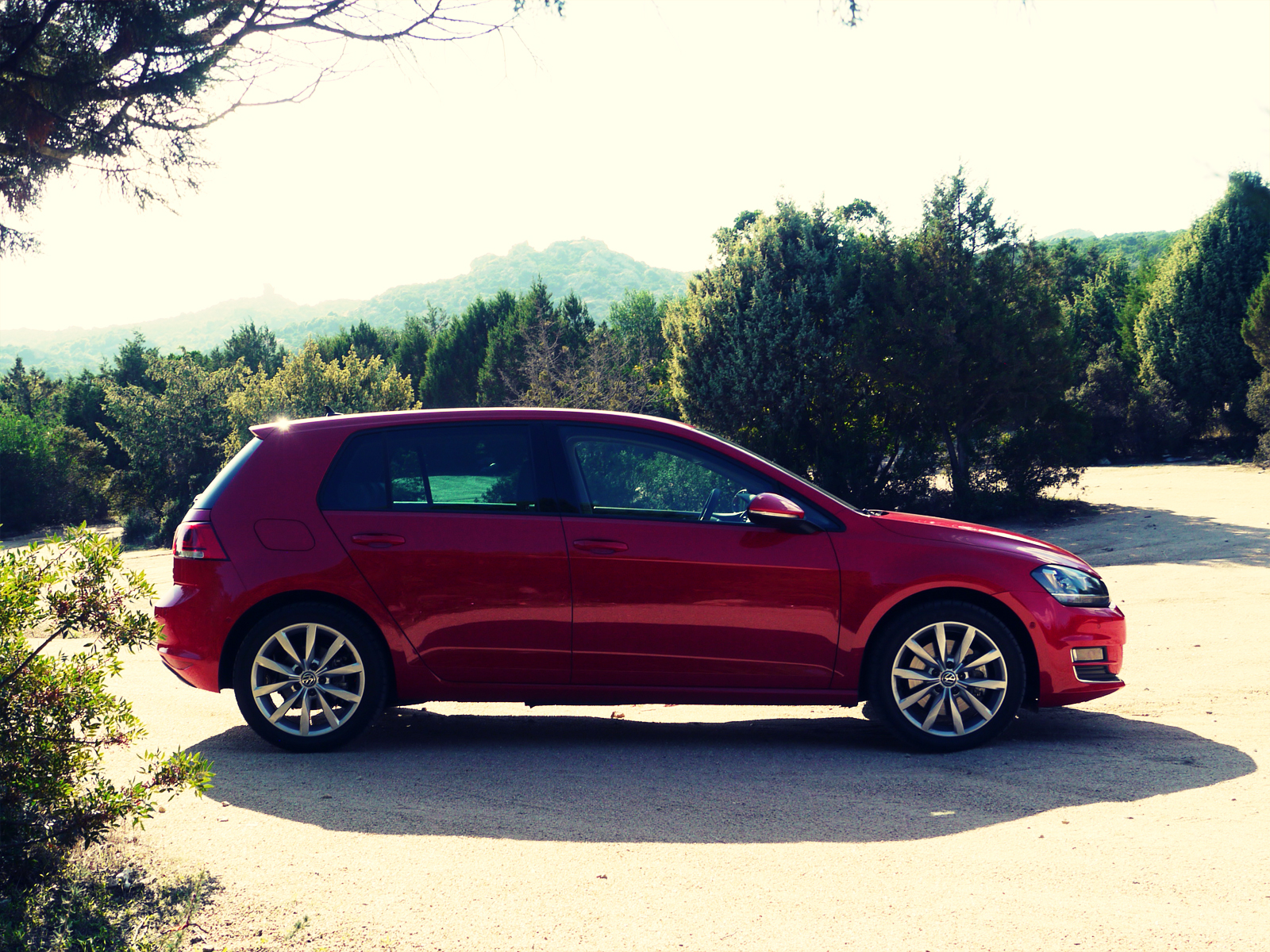 Clearly a Golf, yet leaner, cleaner and fresher 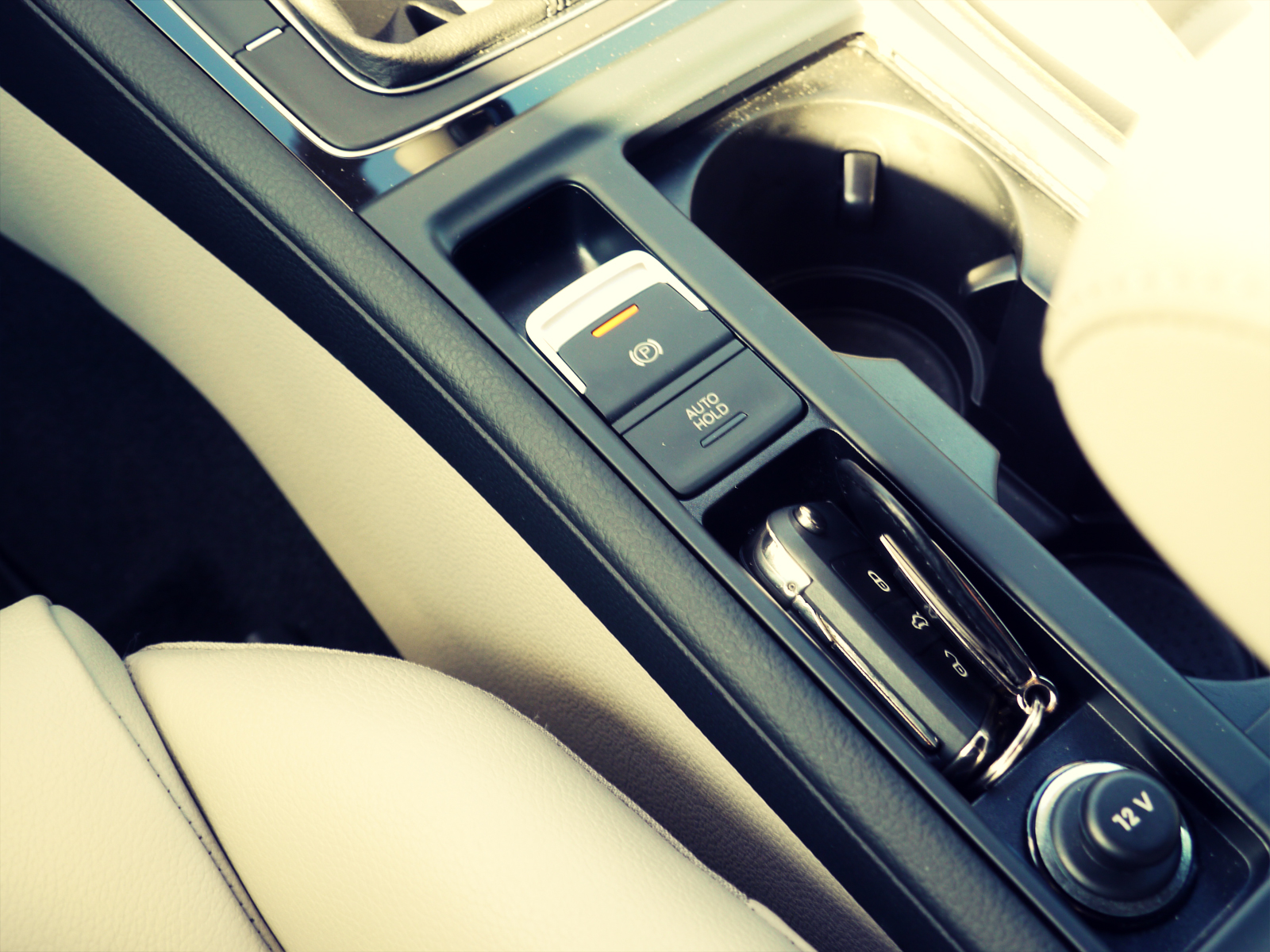 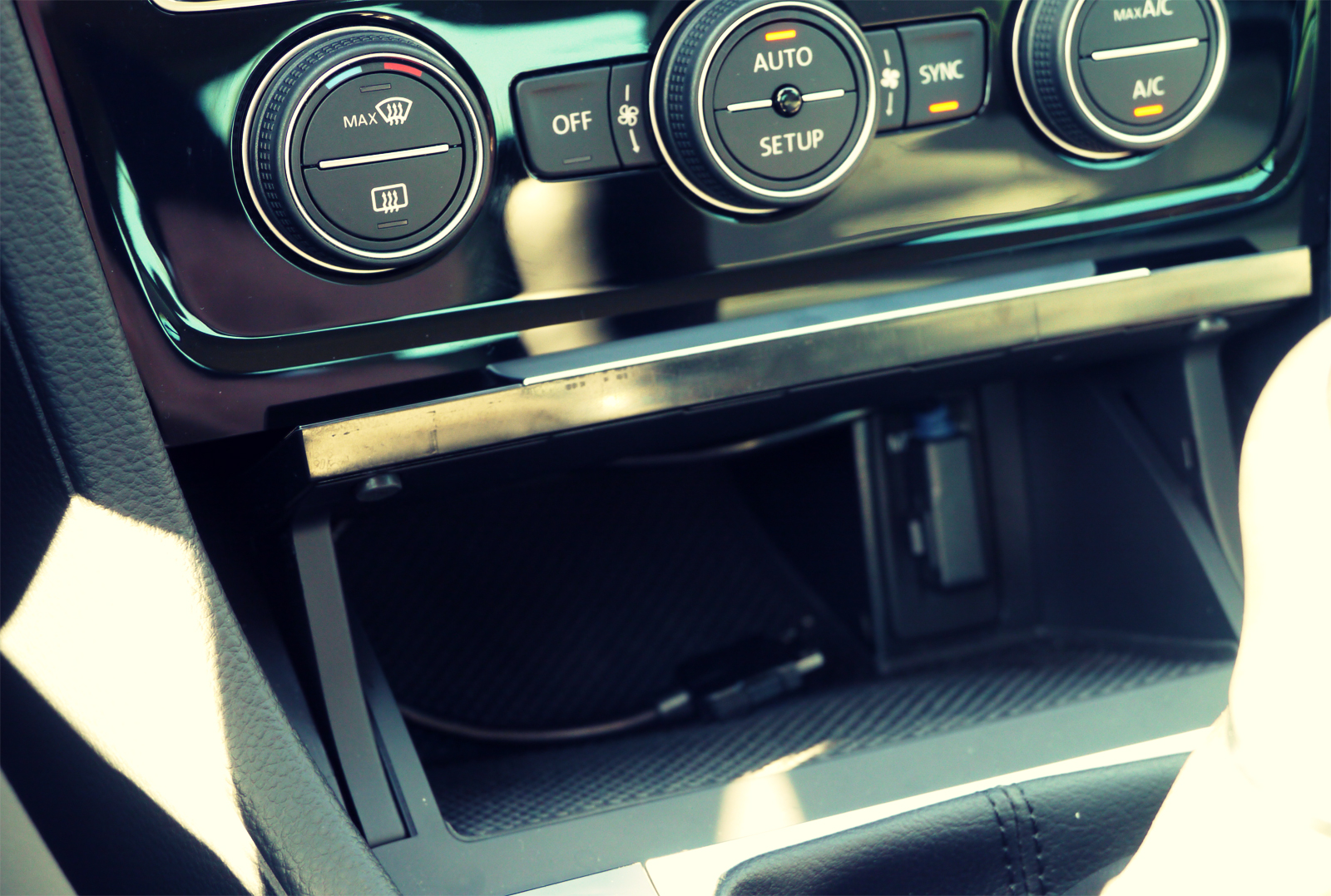 Excellent storage for both key (left) and multimedia player (right) 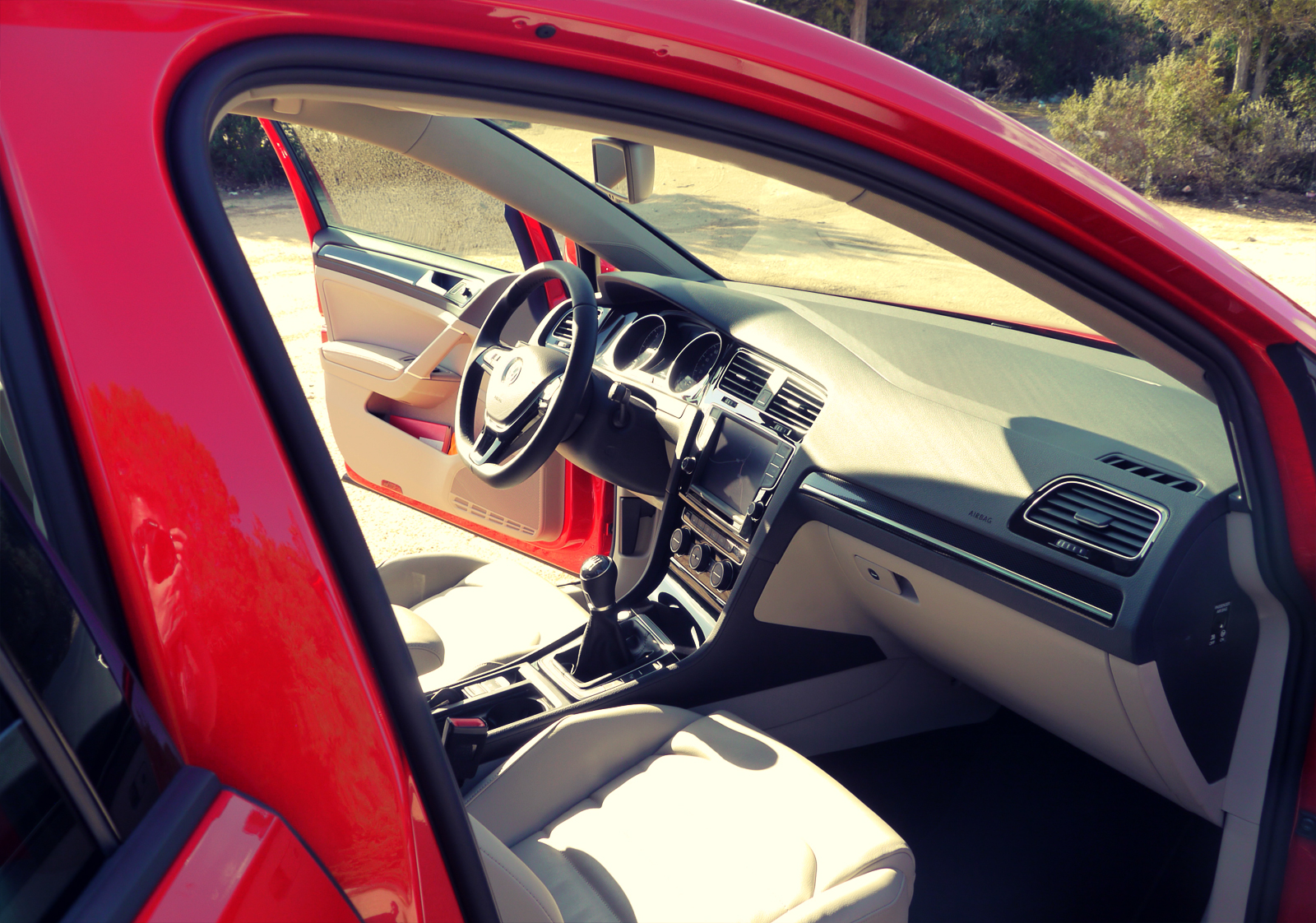 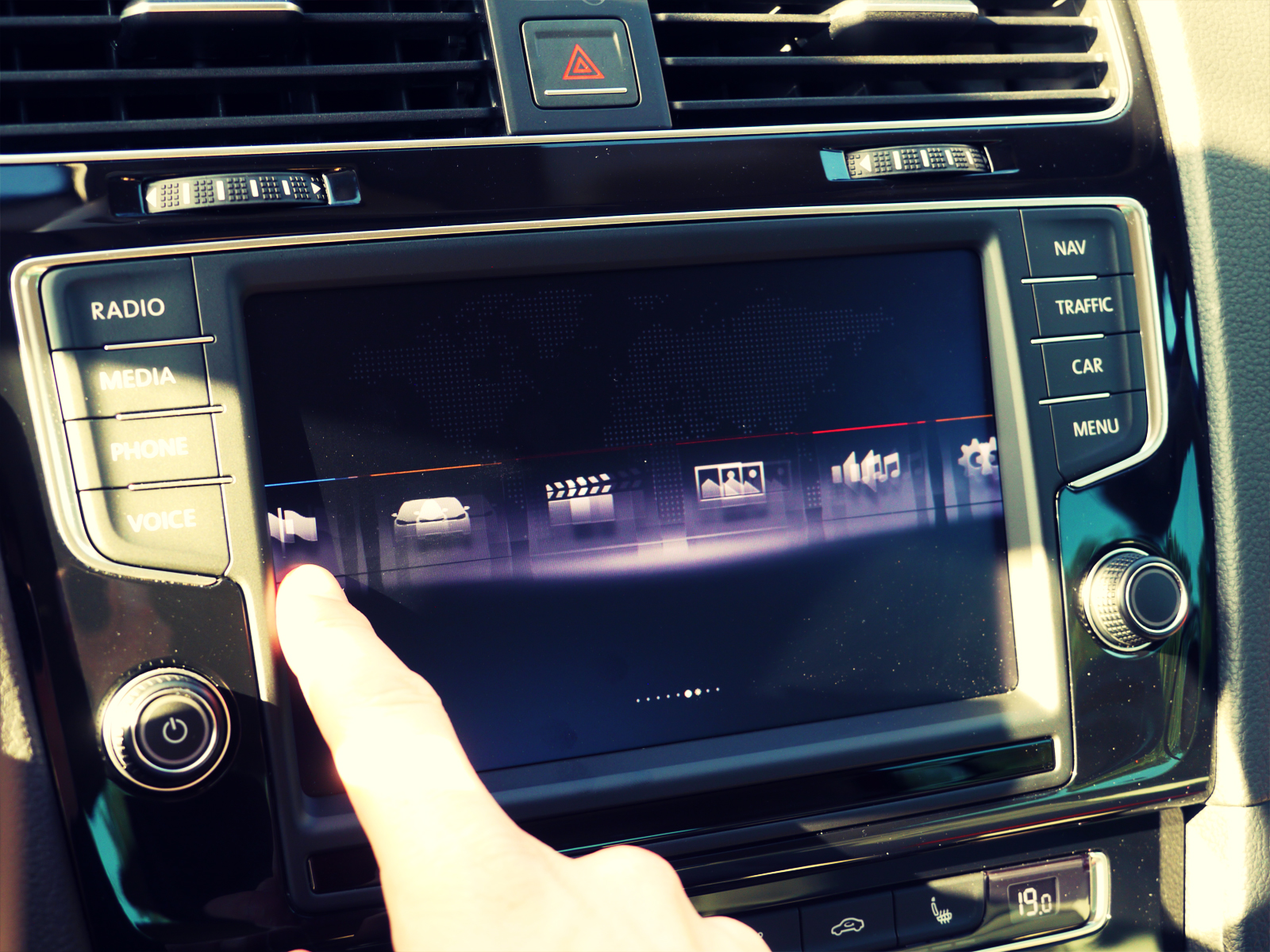 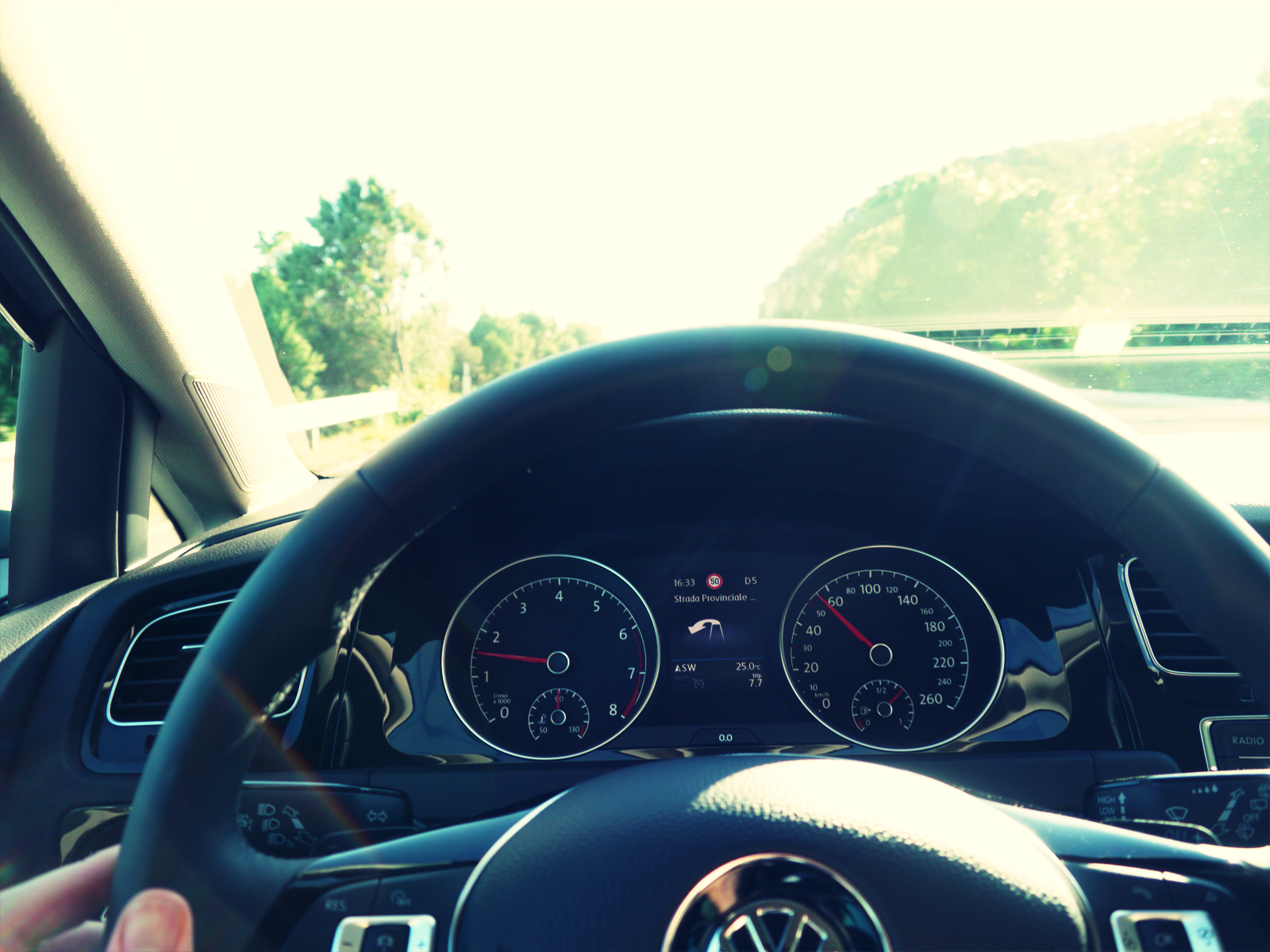 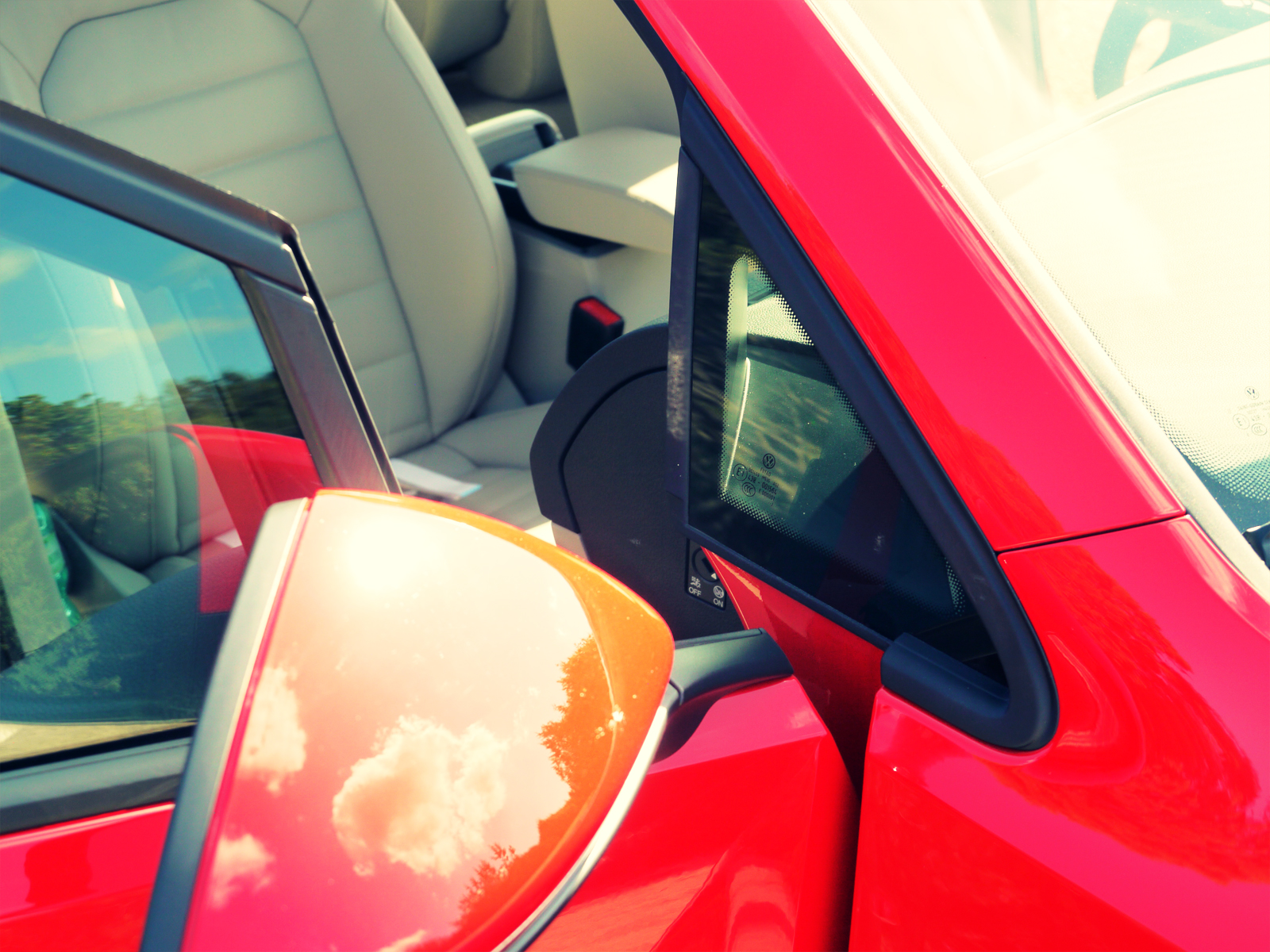 Front quarterlight helps with proportions on the outside 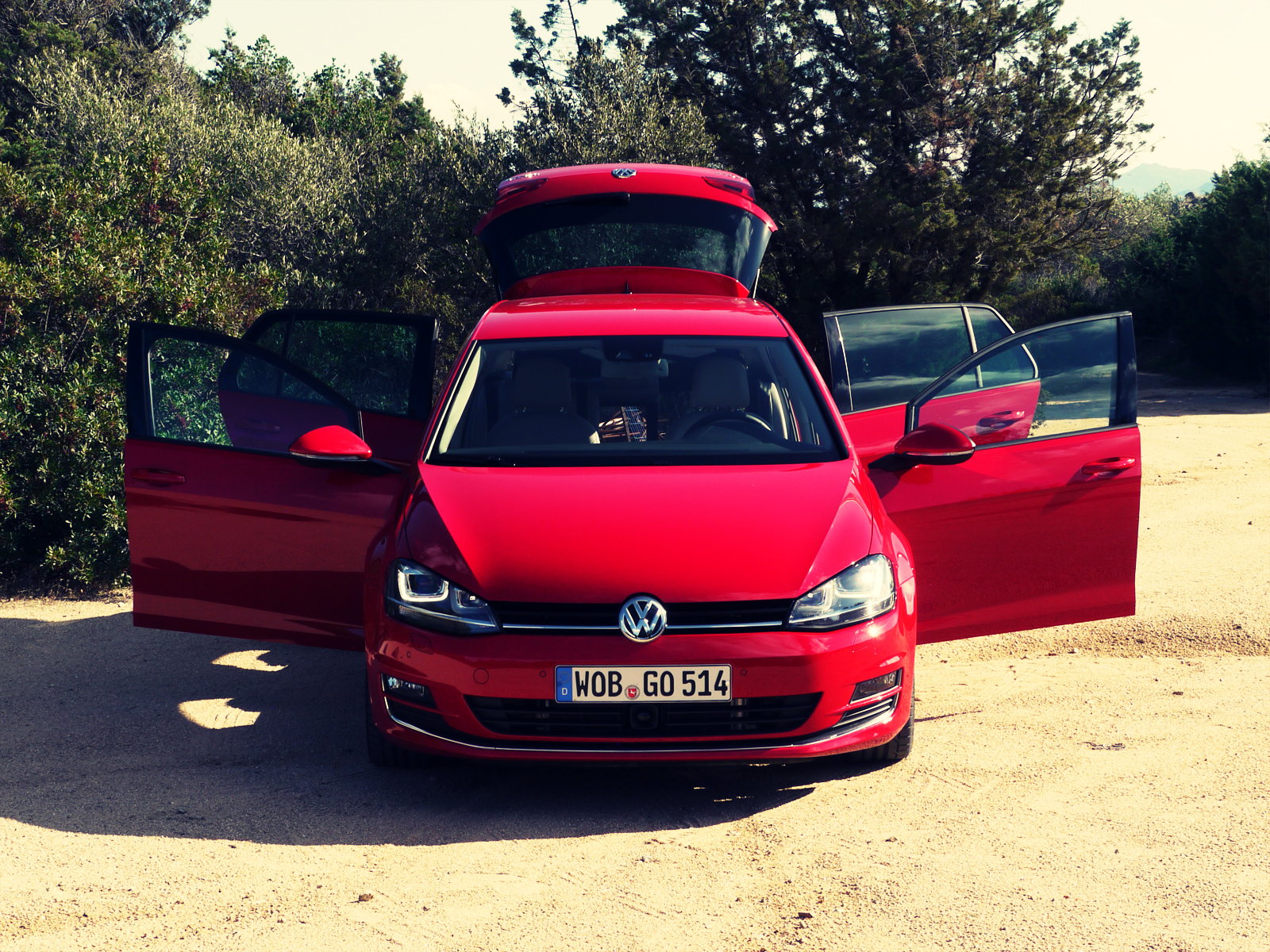 Above all the Golf is a faultless 'do-it-all' car

Walking up to the seventh-generation VW Golf, redesigned flip key in hand, you're in no doubt that this is a) new or - perhaps more importantly - b) a Golf.

It's the "200 meter test" lead exterior designer, Andreas Mindt tells us and, while we're suspicious of the idea of self-conscious ‘iconic design', you have to concede he's right. In fact the Mk7 Golf's pared-back graphics and a return to a true two-box proportion create a more accurate vision of what we imagine when we think ‘Volkswagen Golf' than either of its two most recent predecessors.

If it's hard to pinpoint exactly what has changed, even for the uninitiated it undoubtedly ‘feels' different - more self-assured, leaner and fresher. 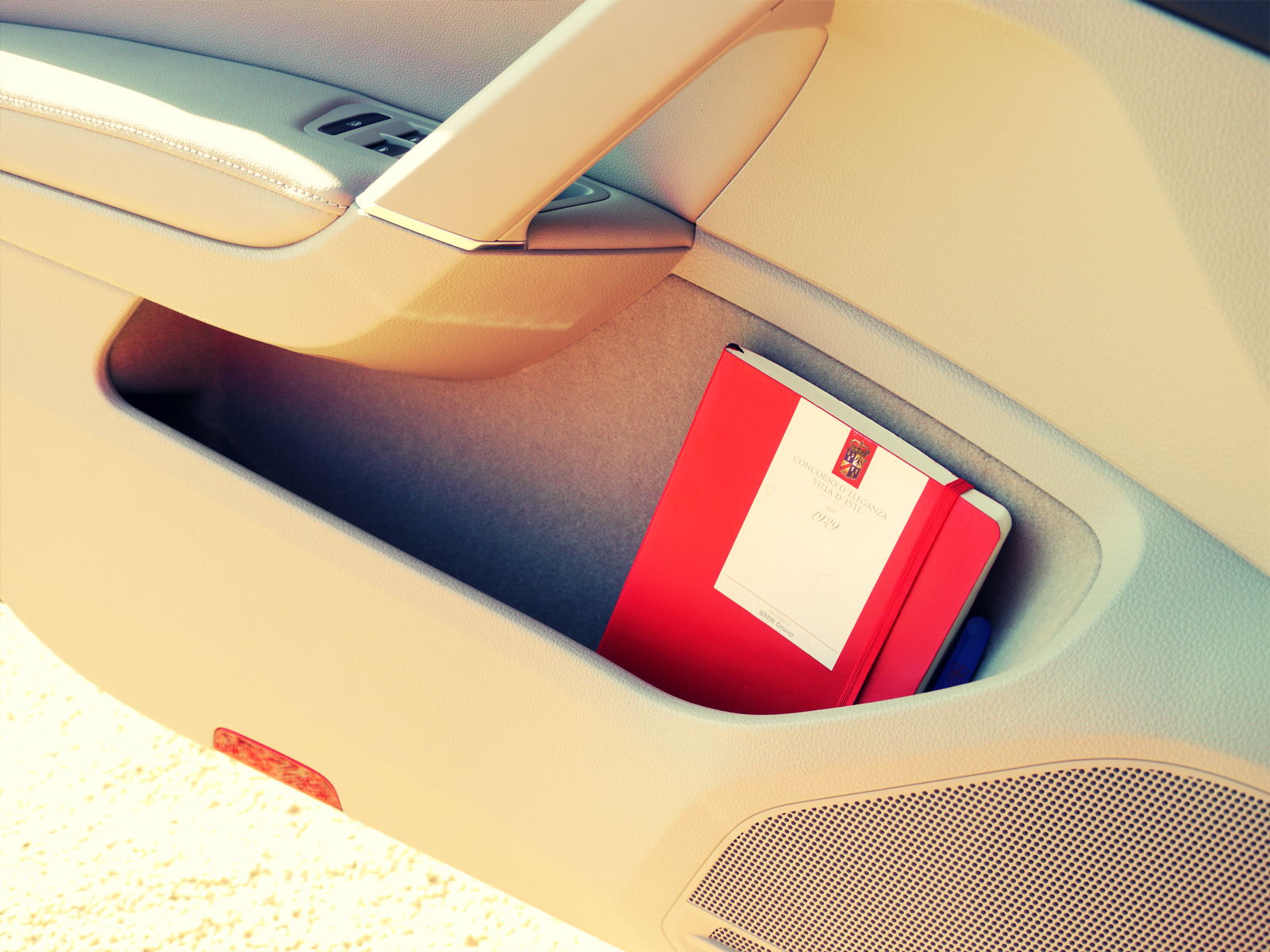 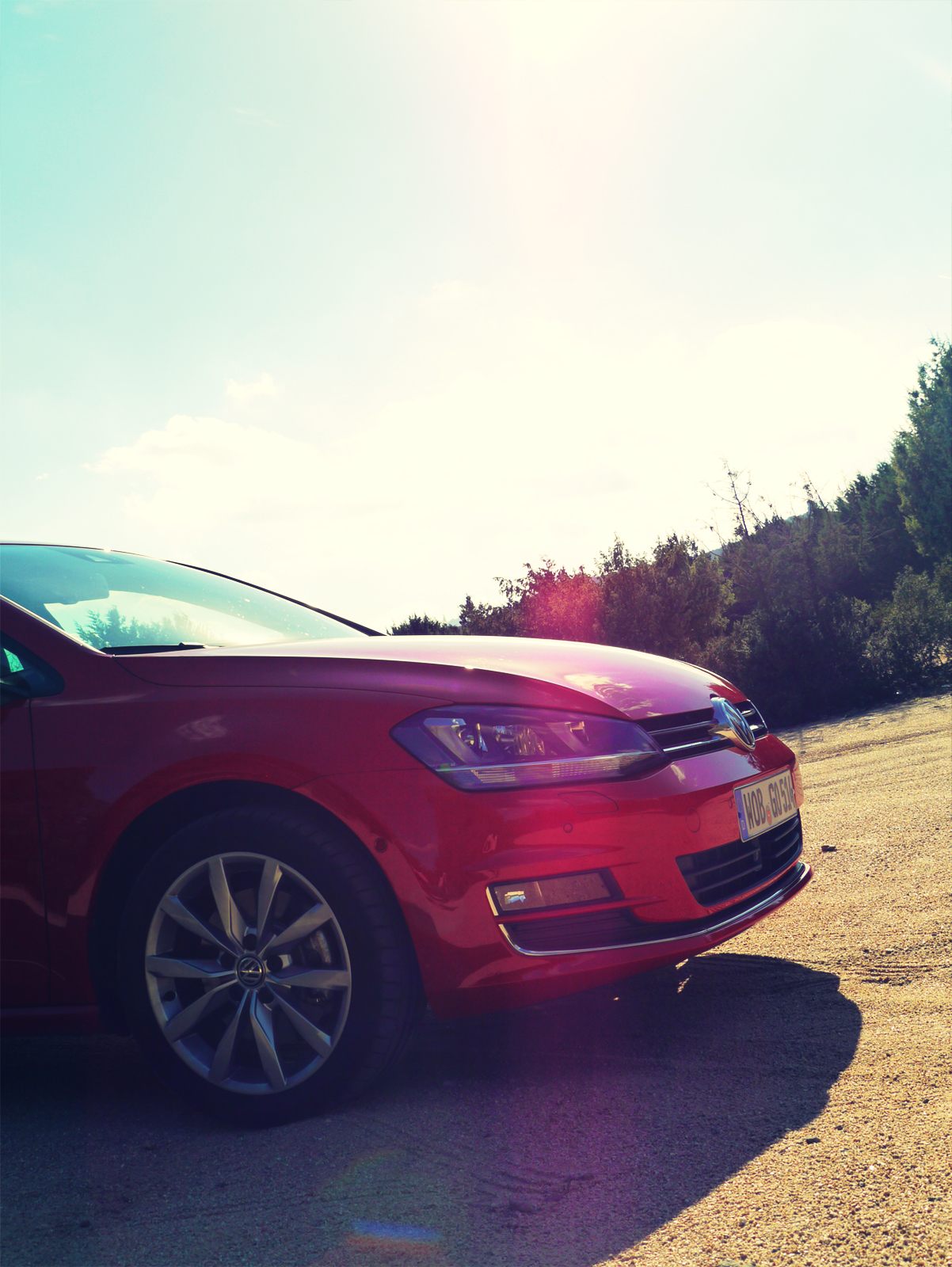 We'll be honest, this picture is included mainly for the lens flare... 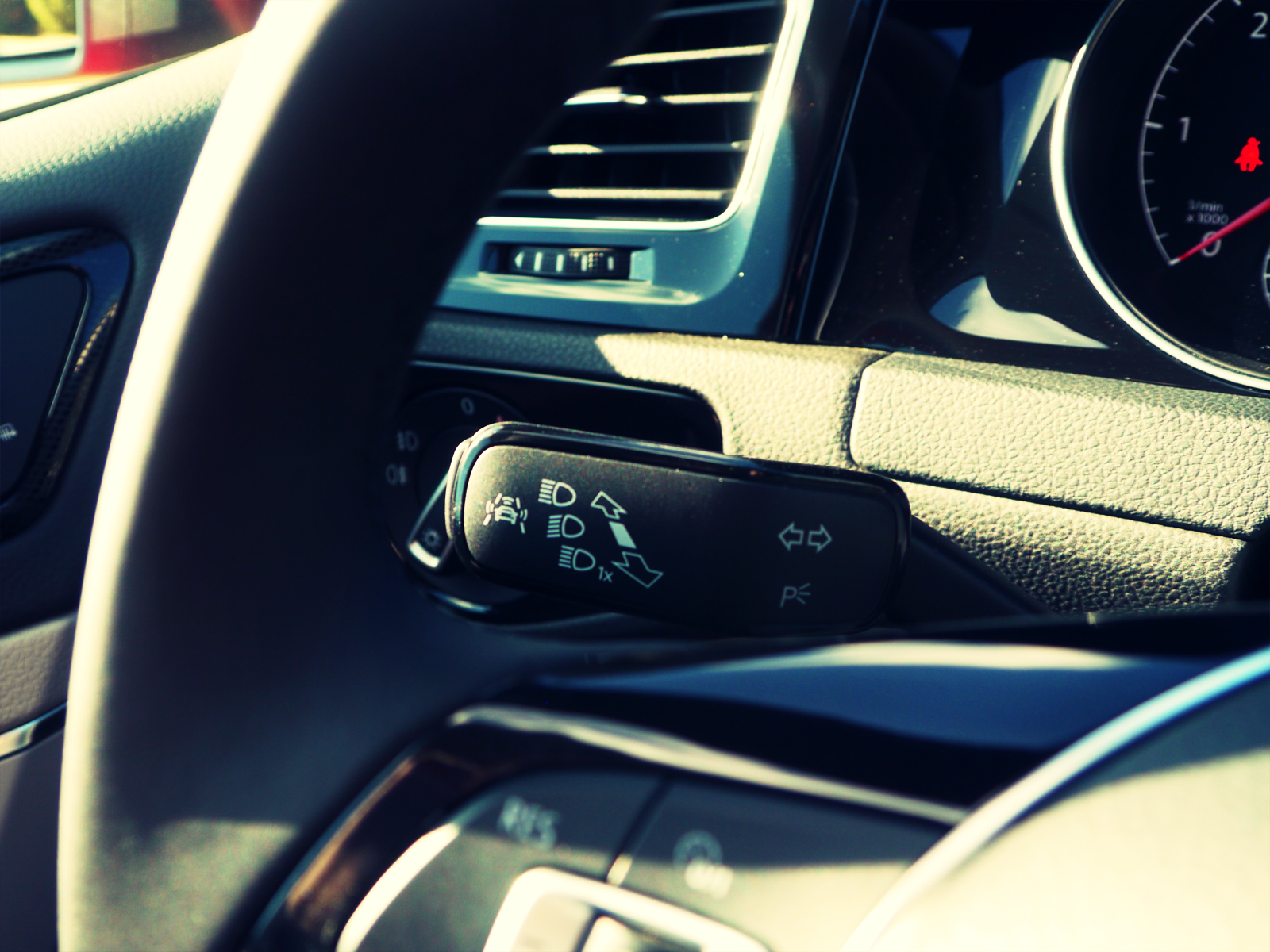 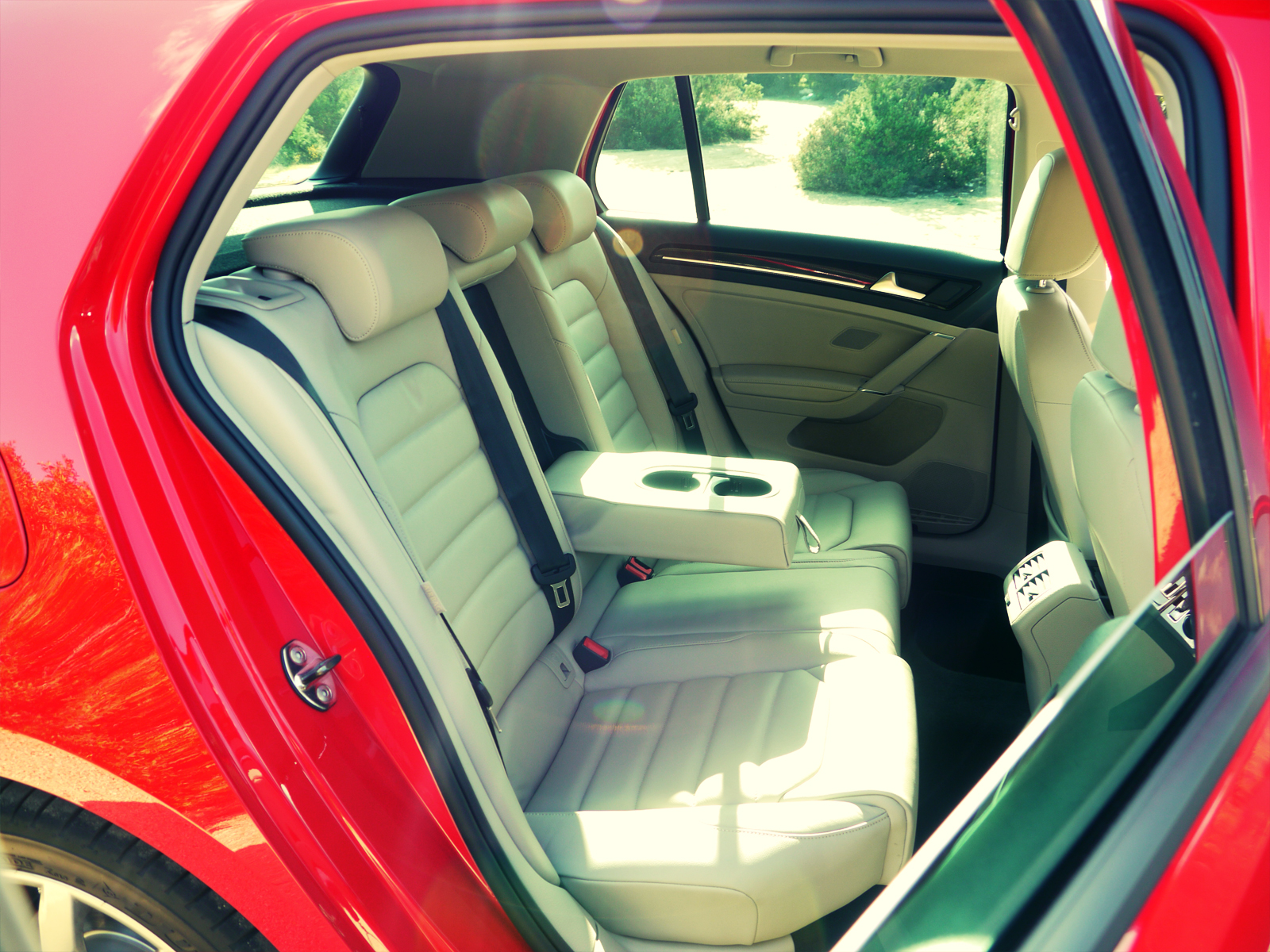 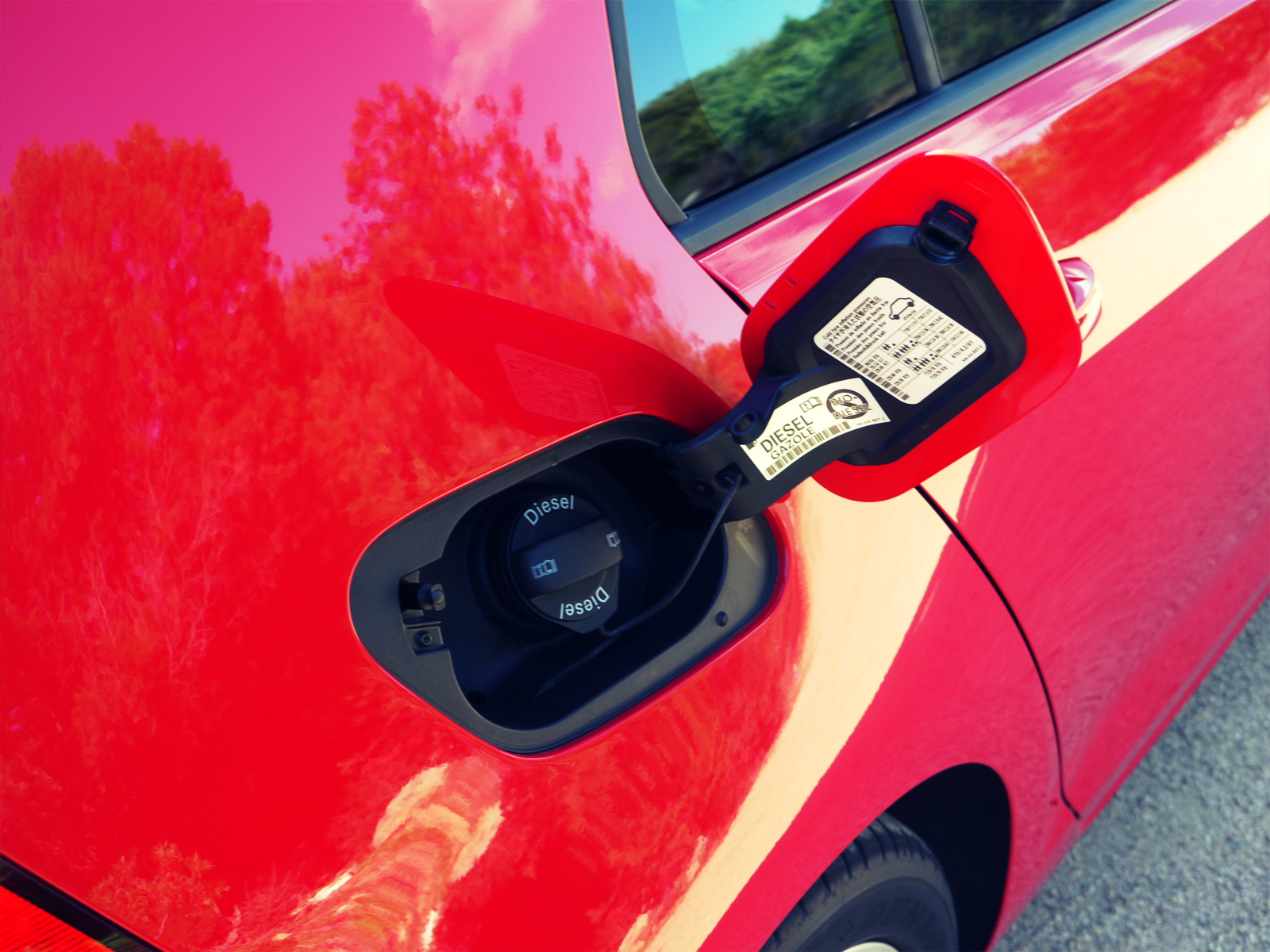 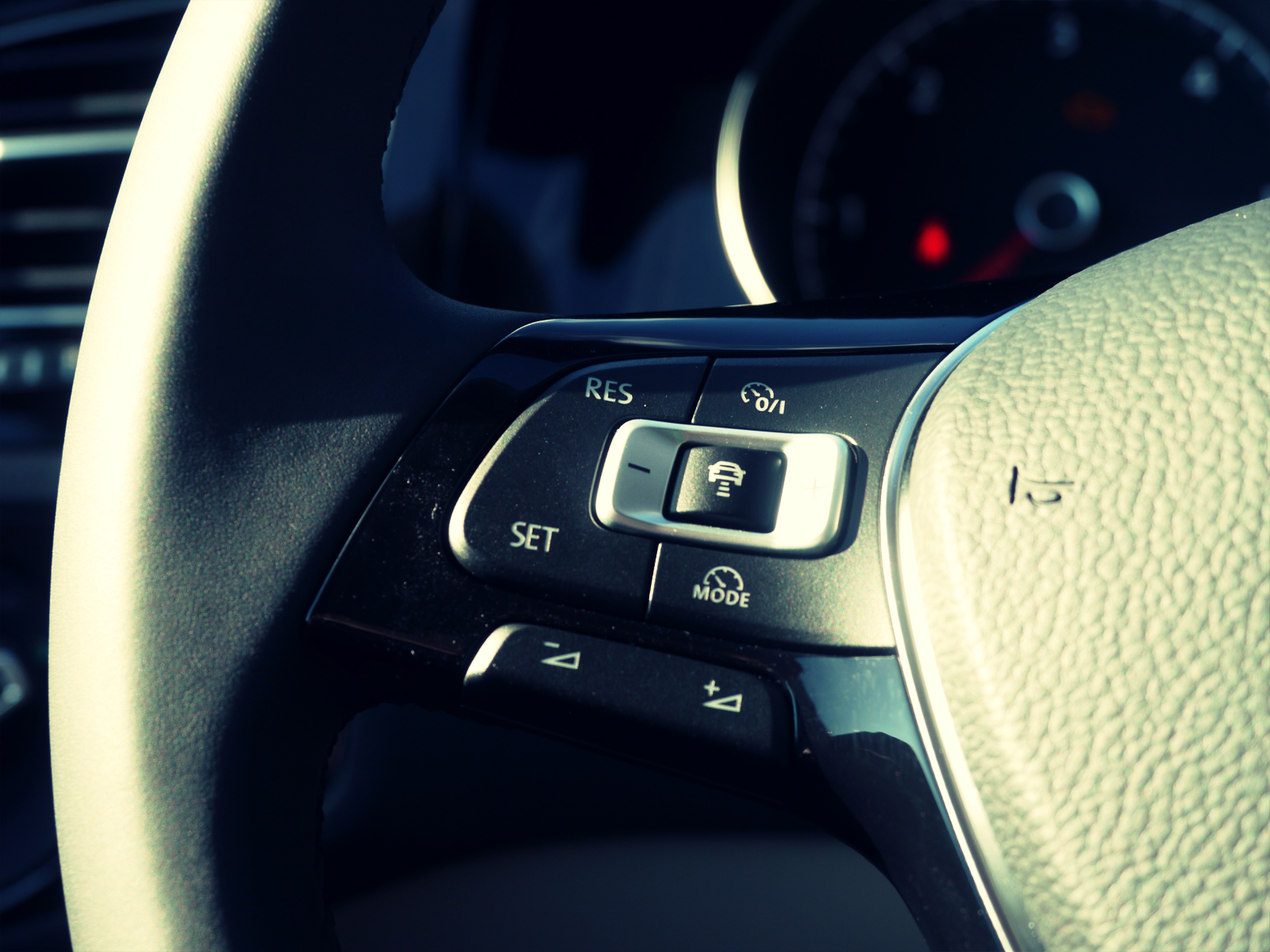 Steering wheel is getting a little over-cluttered with buttons 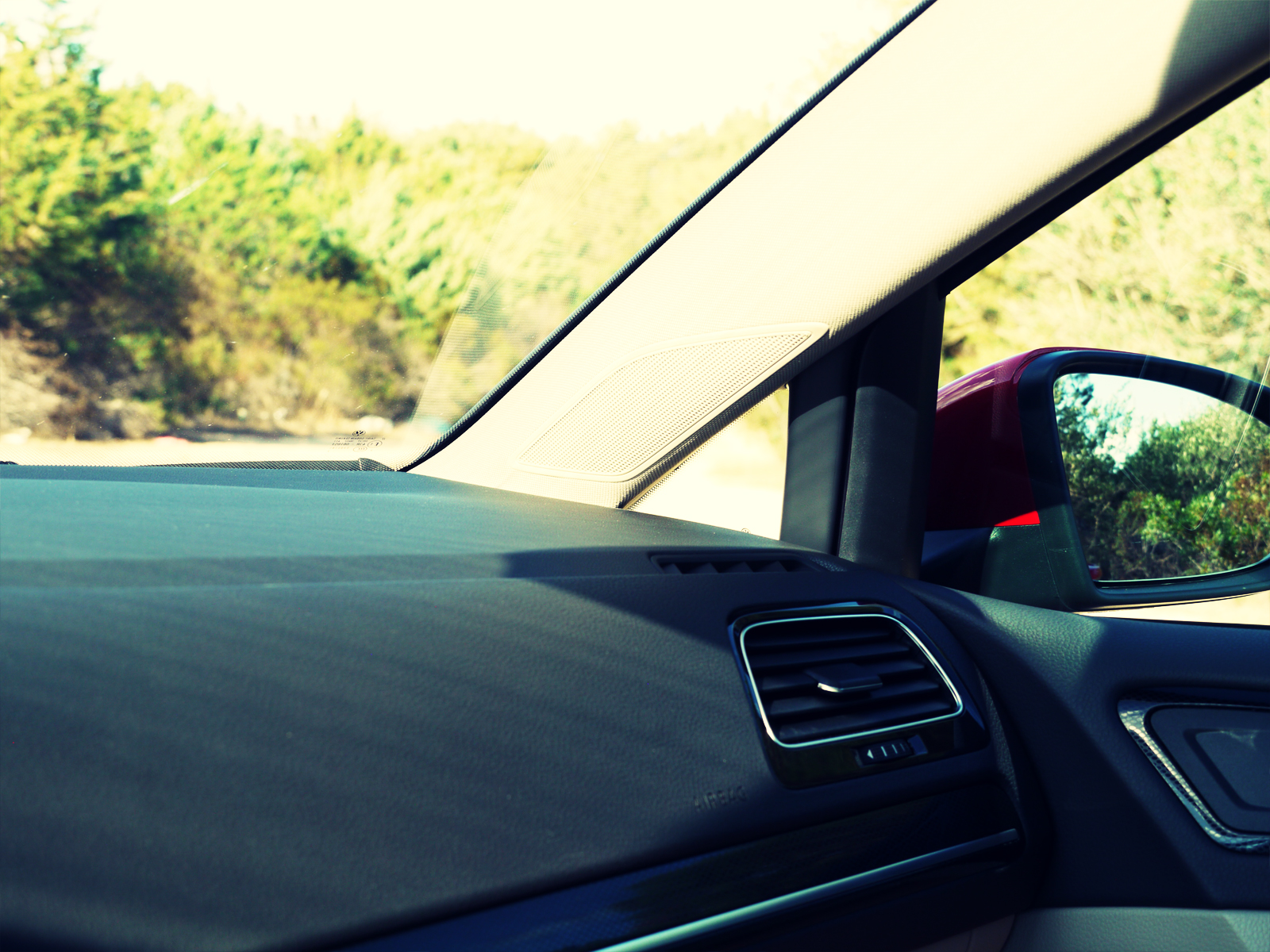 Quarterlight improves cornering visibility on the inside

But, as we reported while poring over the whole gamut of the things at the Paris motor show, it's a car that pleases (if rarely thrills) the closer you get, the more you touch.

From the firm, smooth action of the doors (that now feature step-free door stays) to the soft felt that still lines the door pockets, there's an inherent sense of the whole car being thoroughly well considered. The aforementioned key even has a home next to the driver's seat in a perfectly-sized cubby on the center console should you feel the need to specify a starter button, not that we would recommend such pointless frippery.

It also passes the time-honored prodding test with even more soft, slush-molded plastic than before and major touch points that feel good, including the new column-mounted stalks with their gloss plastic borders. The only slight disappointment in the tactility stakes is the manual transmission's gear knob, which is strangely hard and cheap feeling. Cynics may suggest it offers more of an incentive to upgrade to the DSG transmission with its far nicer metal and leather selector. Consider us cynics.

Its driving position is as adjustable and comfortable as you would expect for car that will be sold globally from fifth-percentile female drivers in China to ninety-fifth percentile Danish men. And it's one of the few cars that allows the seat to be set low enough to feel properly ensconced in the car if you're a wannabe touring car racer.

More pertinently there's a useful amount more space, most noticeably in terms of width with shoulder room increased by 31mm despite the only modest increase in the Golf's overall width. There's also more leg and luggage room although headroom is reduced thanks to the lower roofline, something the light headlining of our test car disguised.

The new dashboard architecture that angles the center stack detracts slightly from the increase in physical width and creates an IP that feels quite dominating if not quite claustrophobic. VW claims the new, driver-oriented IP also reduces glare on the touchscreen display. It may be, but the distraction caused by the piano black gauge pack surround is euqal and opposite in it irritation.

Of course the real reason for the angle of the center stack is to bring that new, larger, smarter screen within easier reach of the driver. As with all touchscreen systems it's compromised ergonomically: any screen within touching distance is never in the optimal position for visibility and reducing focal distance between the road and screen. But the system works extremely well other than its position. The graphics are smoothly rendered and strike the right balance between appearing current without being in danger of looked embarrassingly out-of-date in a few years.

The Apple-style Cover Flow menus work reasonably well but using the physical buttons on either side of the screen works better on the move because of their muscle memory, 'eyes-free' advantage. The 'pinch-to-zoom' feature is a step too far. It feels unintuitive to use and simply a cynical marketing tool. Luckily you can still use the rotary knob to do the same job.

More successful is the gesture-sensing technology that expands menu options when your hand is within a certain proximity. It gives more real estate to map displays for the majority of the time, while offering appropriate options when needed. The only slight annoyance is that this is often activated when changing gear, which is a little distraction. Another DSG incentive?

The main screen is augmented by a new, color display in the dial pack that goes some way to alleviate some of the sighting issues of the main display. This is controlled by redesigned steering wheel buttons that are less intuitive to use than before due to the need to cram ever more controls - such as settings for the (very clever) collision avoidance system - at the driver's hands. Placing the volume control on the left in a horizontal plane feels particularly unintuitive. The silver paint was already starting to show signs of wear on the cars we sampled in Paris.

Visibility has long since been a Golf issue due to that trademark C-pillar and over-the-shoulder vision is still poor. However the view forwards has been improved by the front quarterlights - a first on a Golf since the Mk2 was facelifted in 1990. As with so many news cars the pillars are still far too wide and obstructing, but at least the blind spot on the side opposite the driver has been reduced slightly. The proximity sensors, camera and associated displays are a big help while parking.

Of course none of the above matters unless the Golf can perform its core role of offering practical family transport. The extra room, particularly in the rear and luggage area mean it's even better than ever, while the optional folding front passenger seat allows this modest hatchback accommodate the longest flat-pack box sold by Ikea.

Whether the user is a young urban family, an elderly couple or a business exec, the Golf has all bases covered and, as ever, feels totally classless.

Overall the seventh-generation VW Golf is a triumph of careful, obsessive improvement. It's not outstanding in any particular area - except perceived quality - but it is very, very good at everything it's required to do.

It's hard to imagine why anyone would choose anything else in the currently weak C-segment hatchback market.