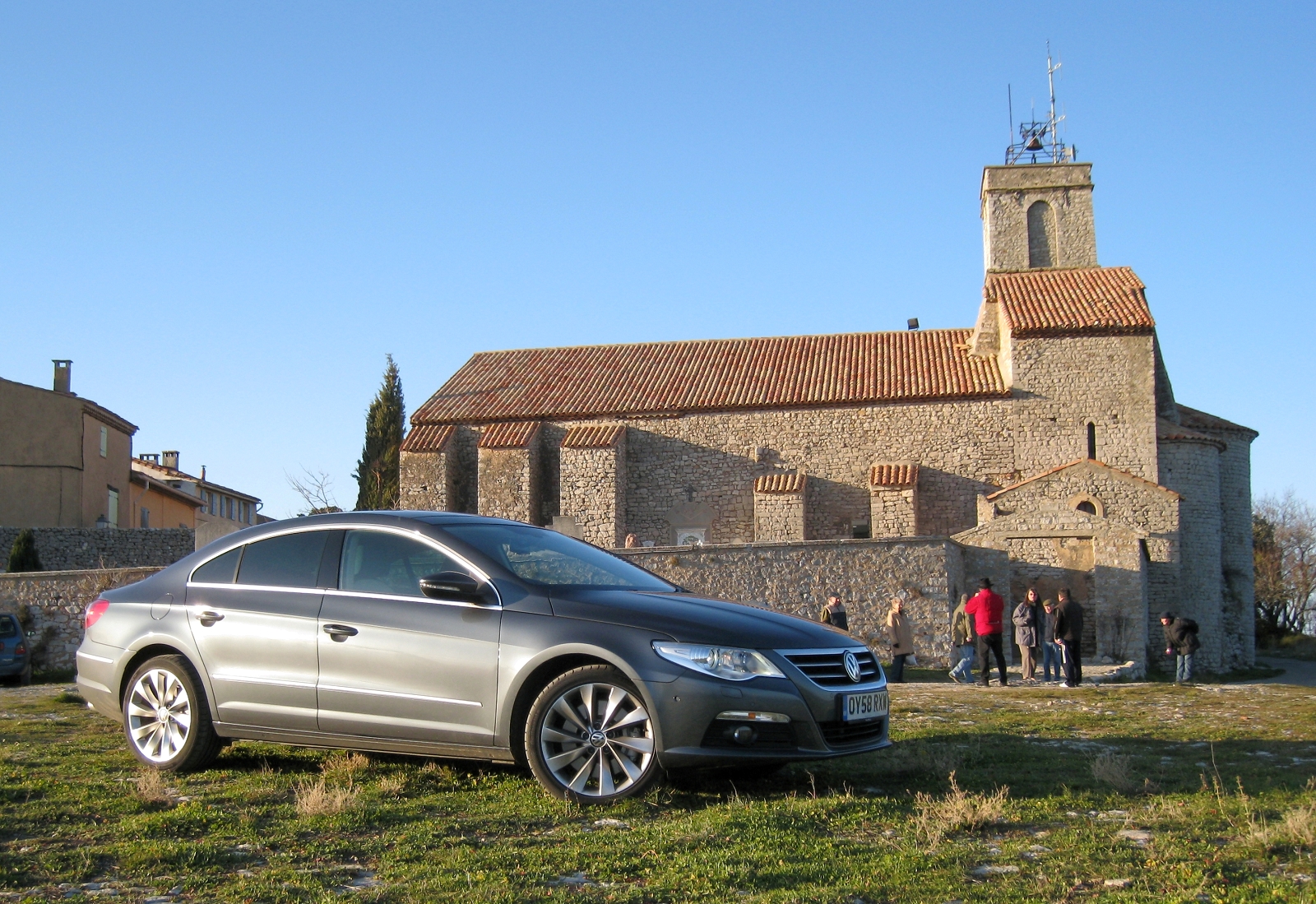 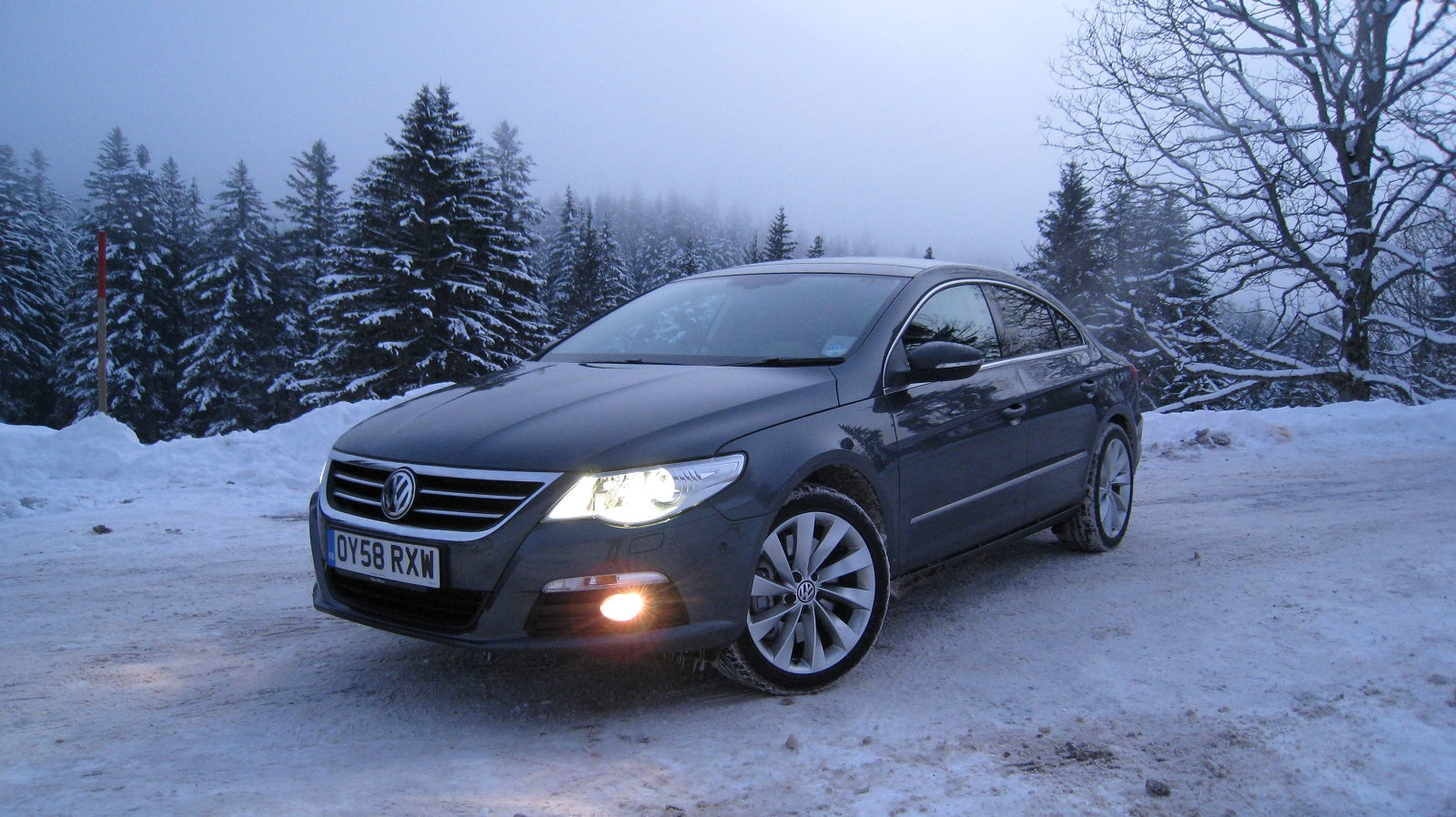 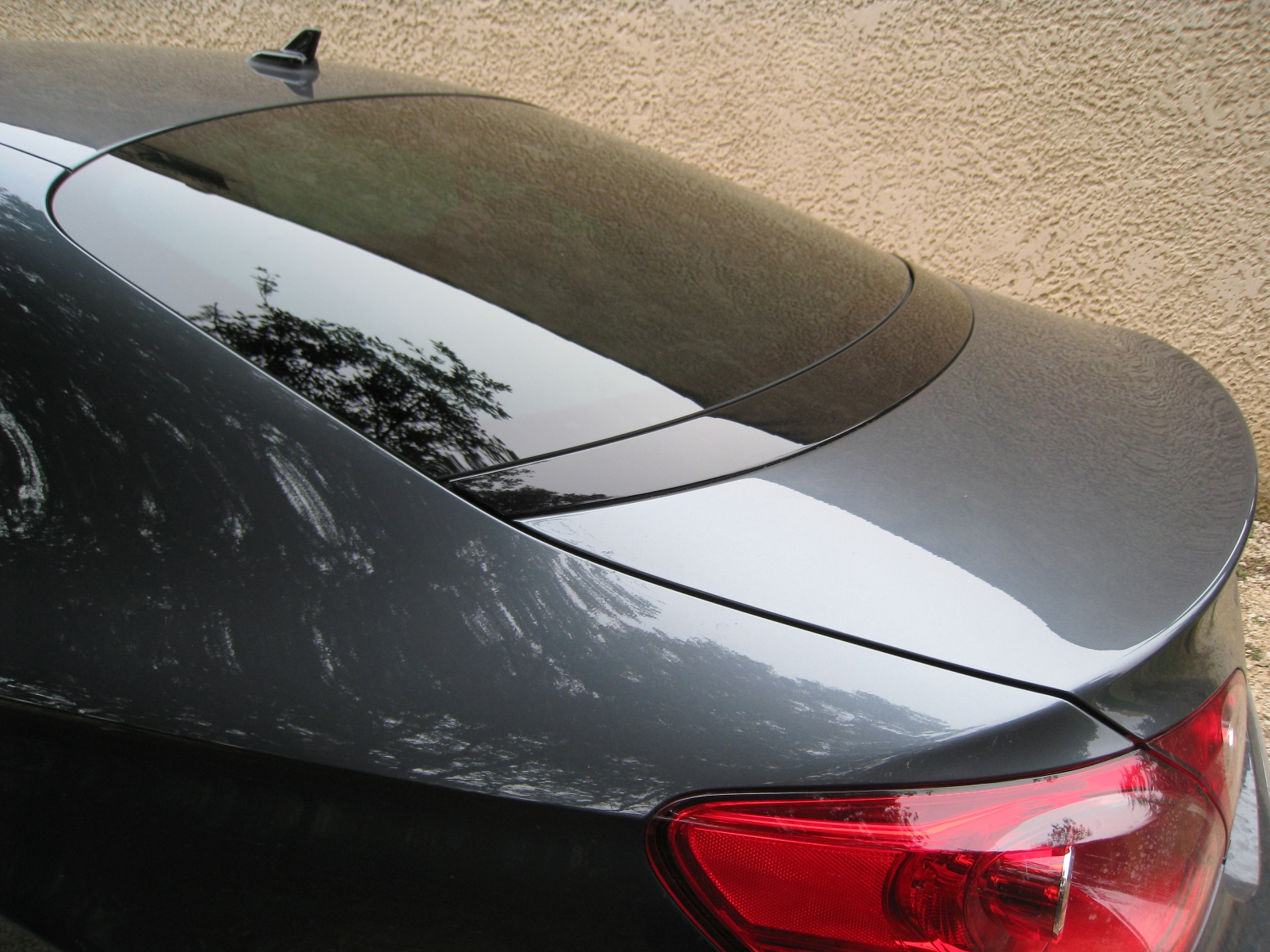 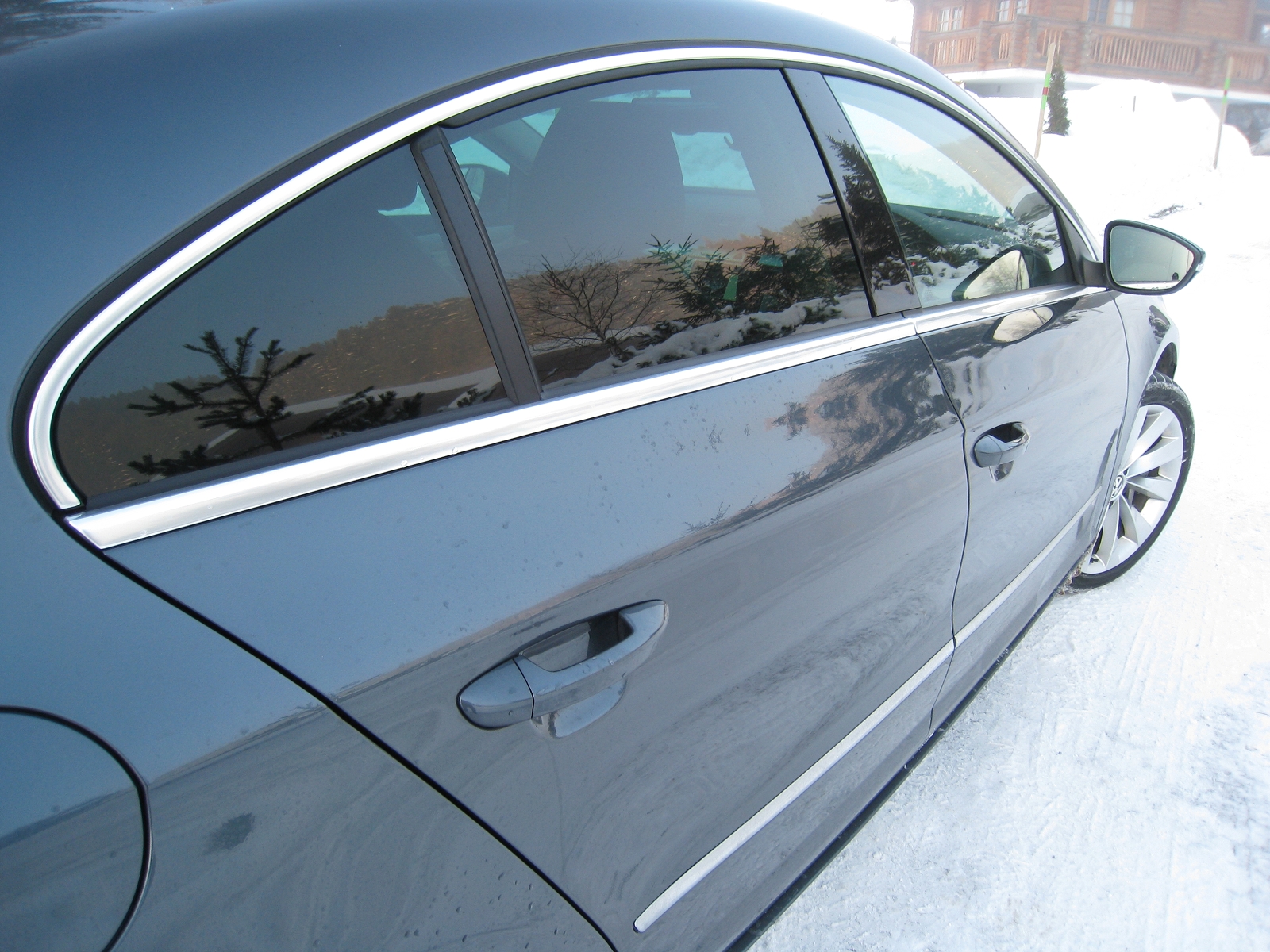 Cheater panel at base of backlight (left); Fluid shape of DLO (right) 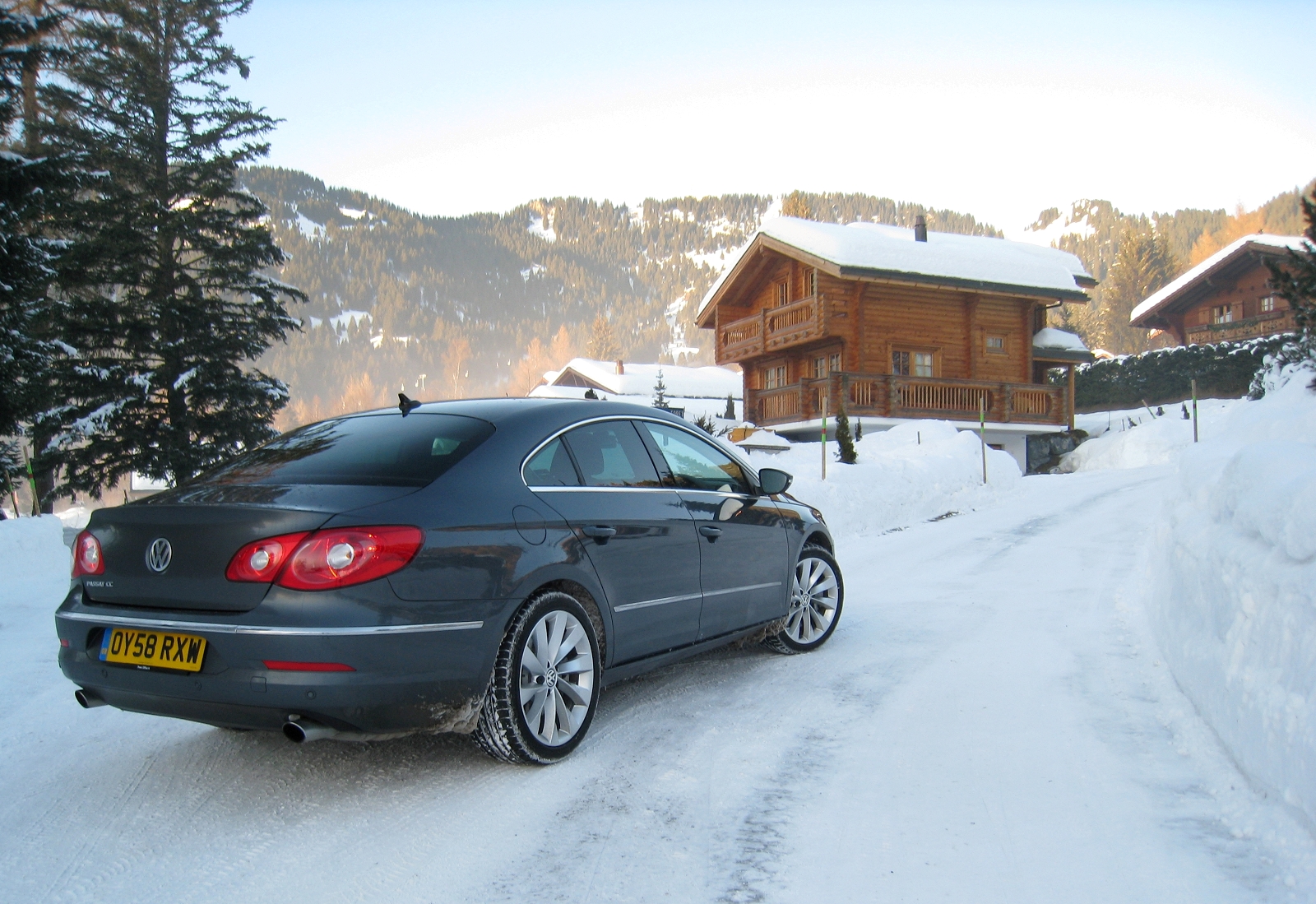 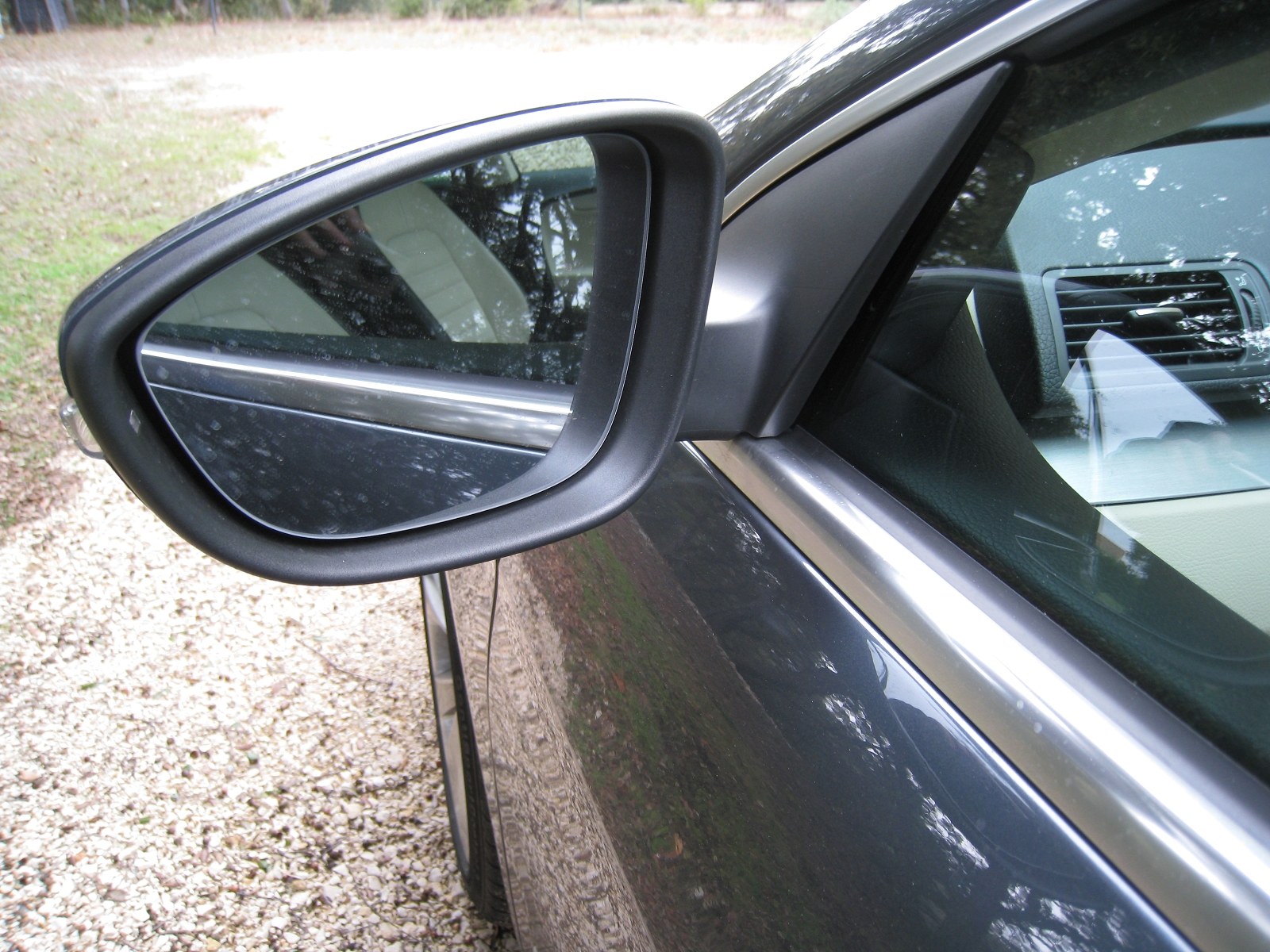 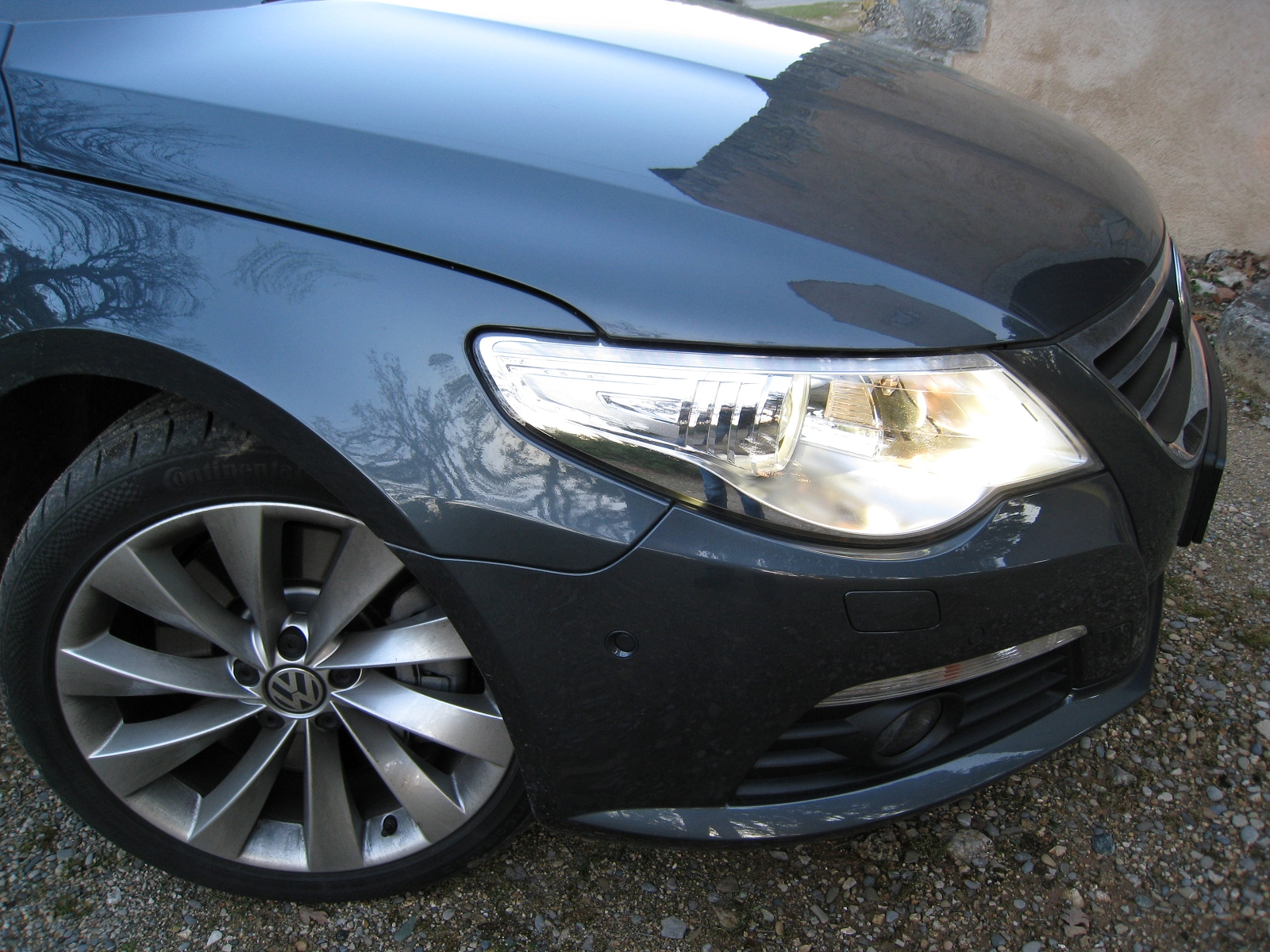 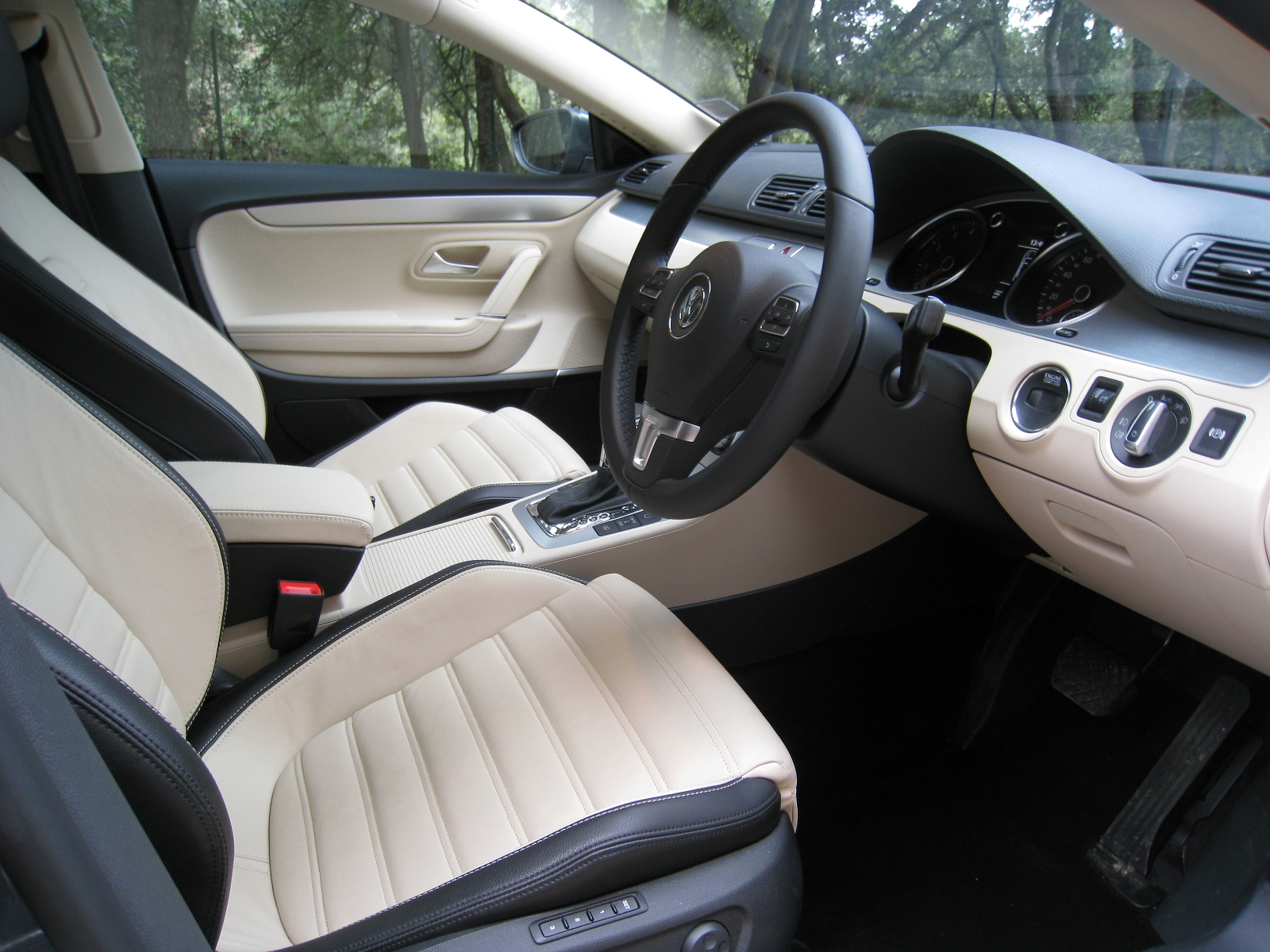 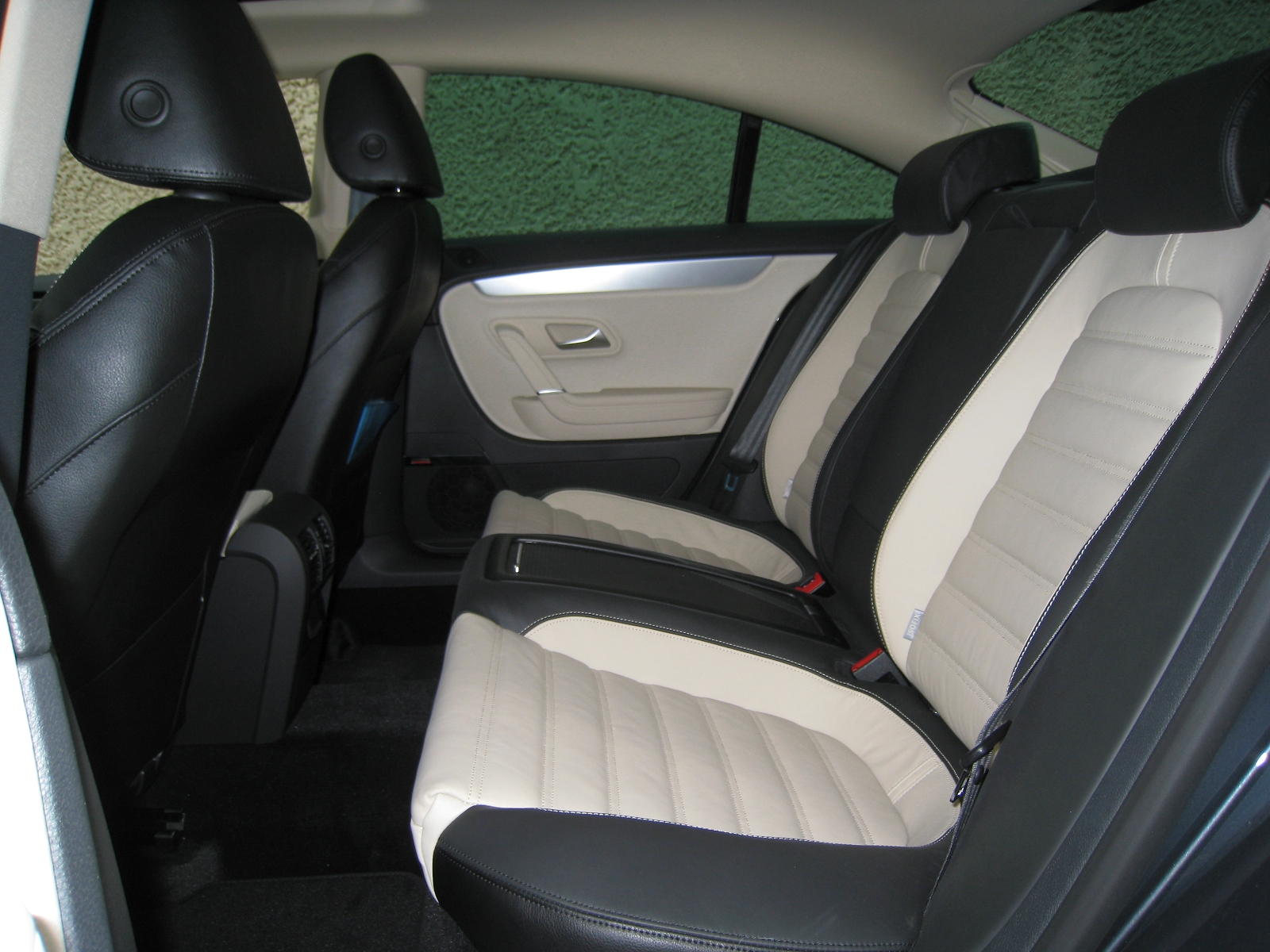 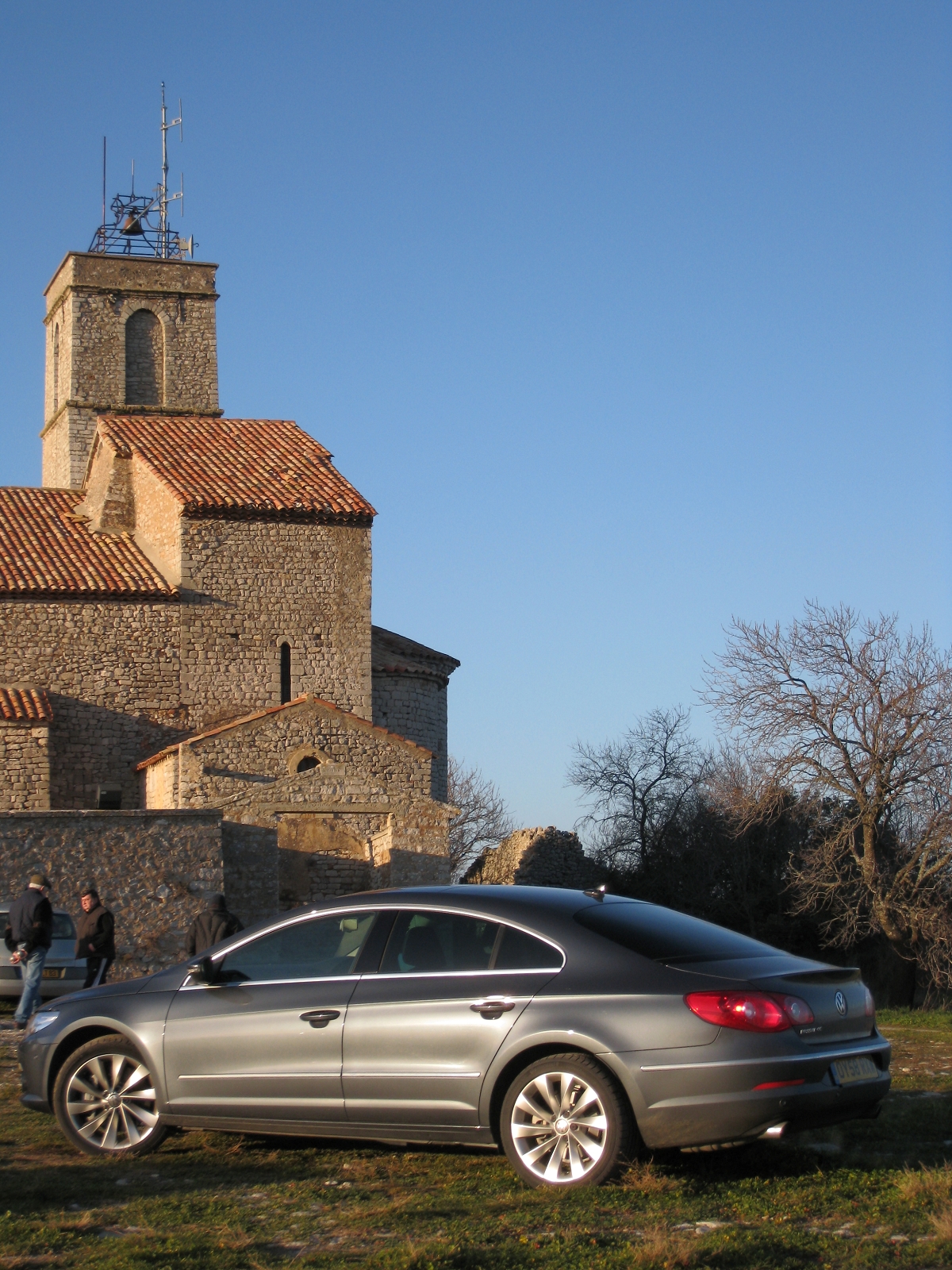 Elegant and refined. Forty years ago these two words would not have been used to describe the Beetles bought in droves by the counterculture in the US; a symbol of the hippy movement and the definitive people's car, designed at a time when Germany sought to put people in motion. With the Passat CC, however, Volkswagen is indeed making a sharp move away from the ‘volks wagen', and these two words rolled off the tongues of those who saw the car in all three countries we drove through on our winter holiday. 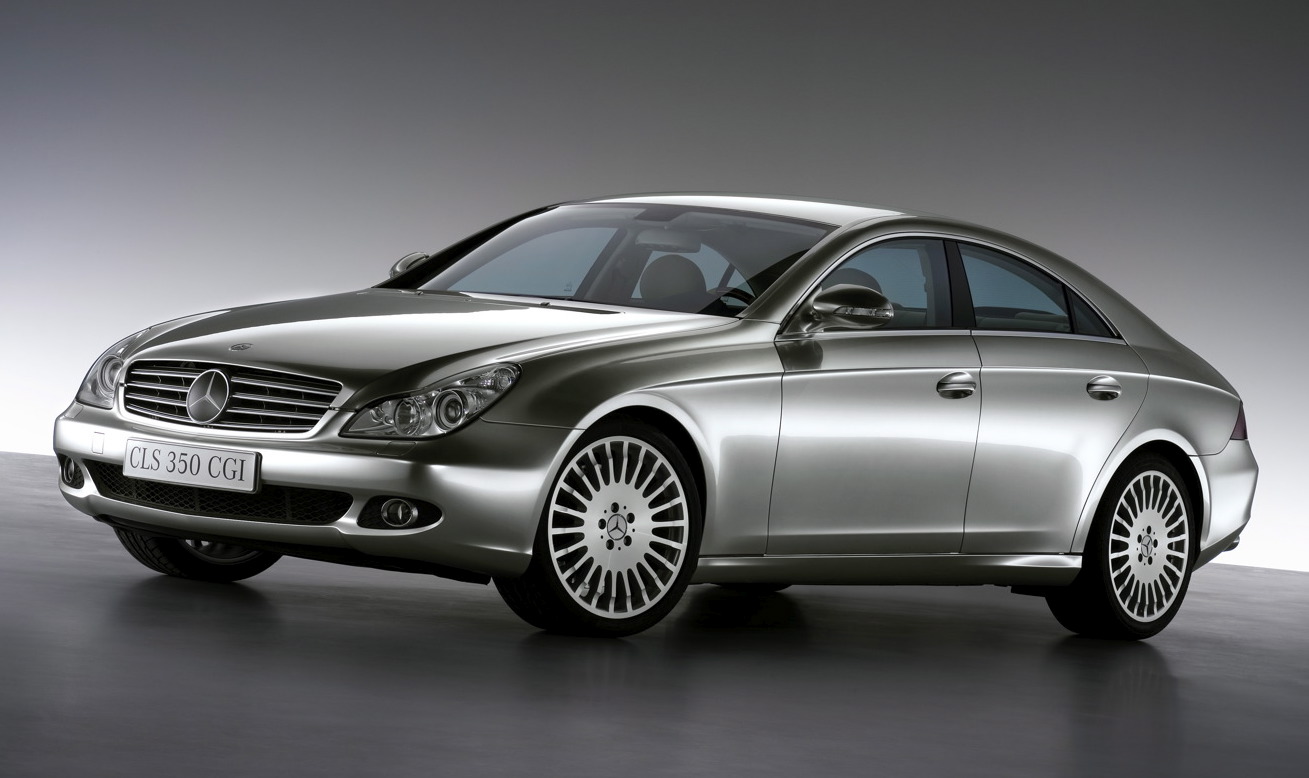 CC was also designed by Murat Günak, father of the CLS 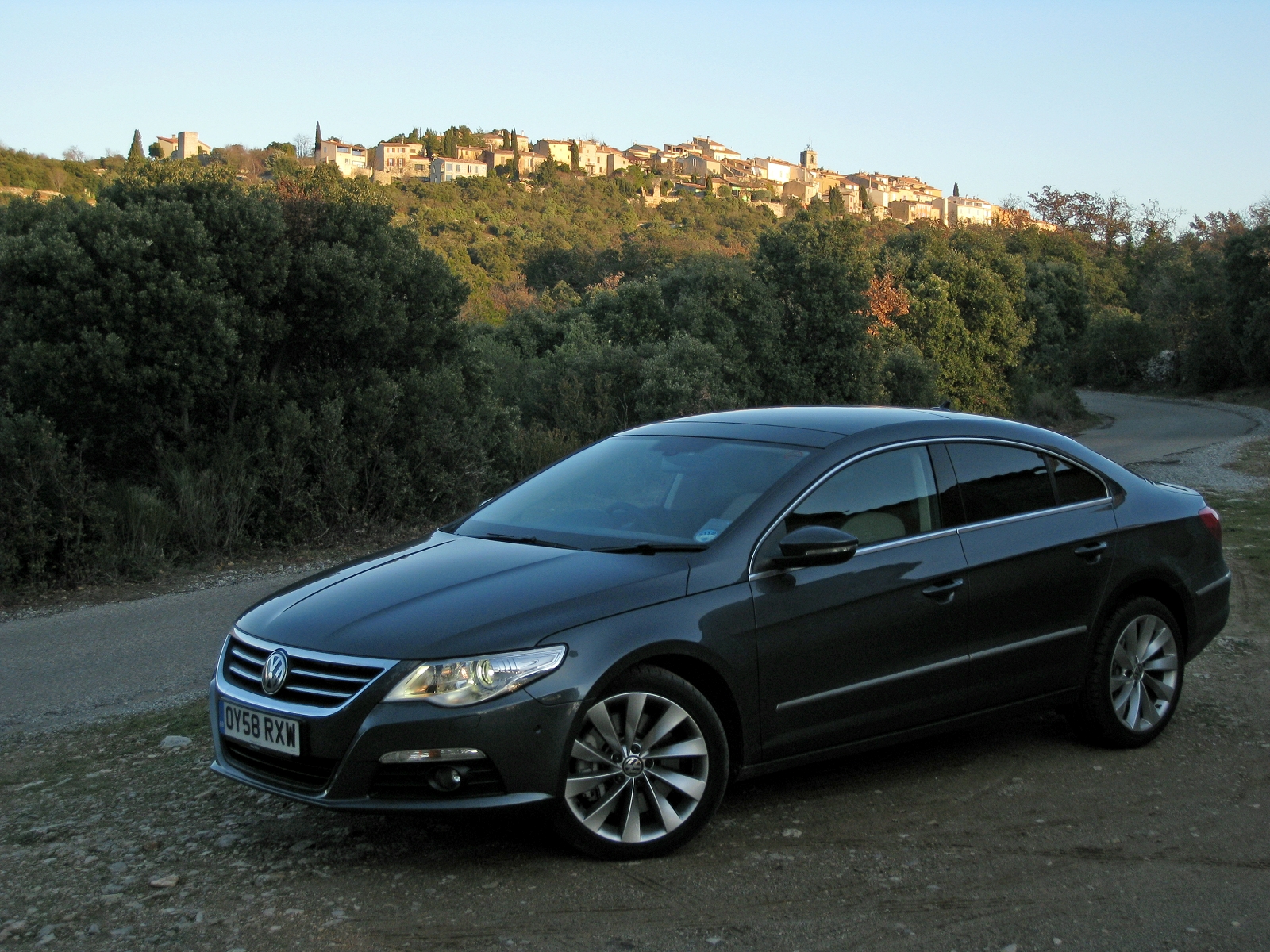 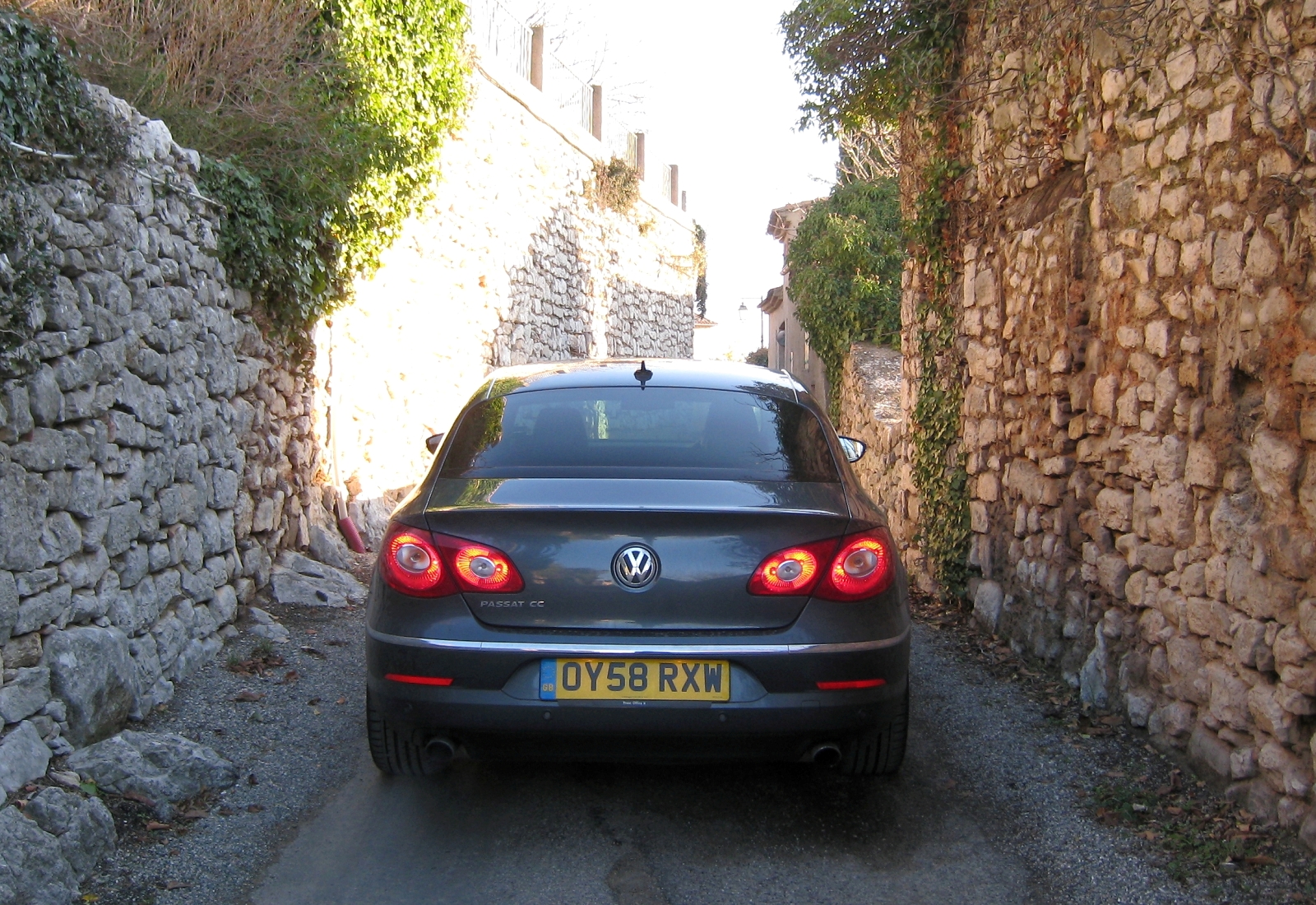 Trunk lid incorporates a subtle lip; space in trunk is an impressive 532 liters 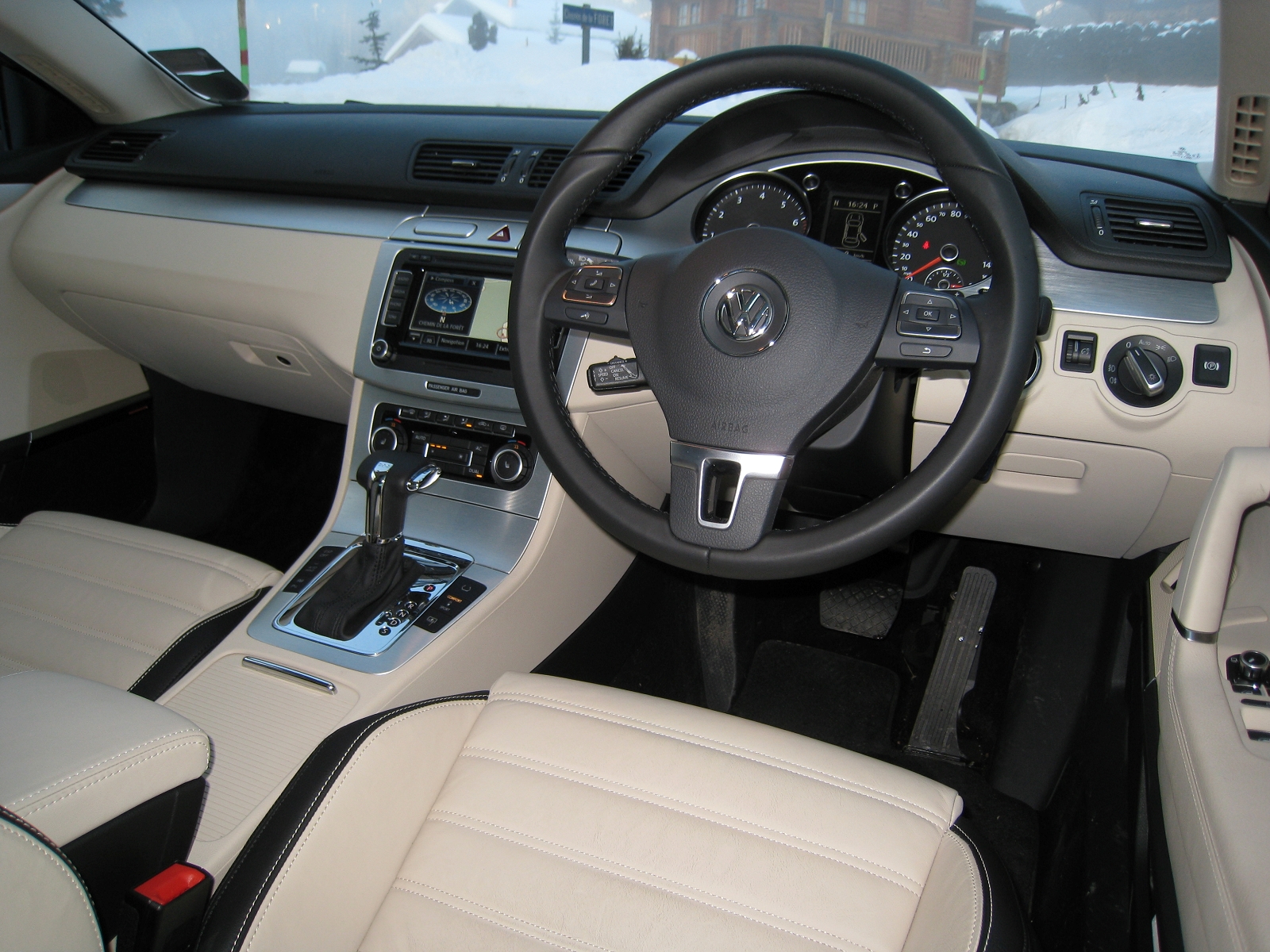 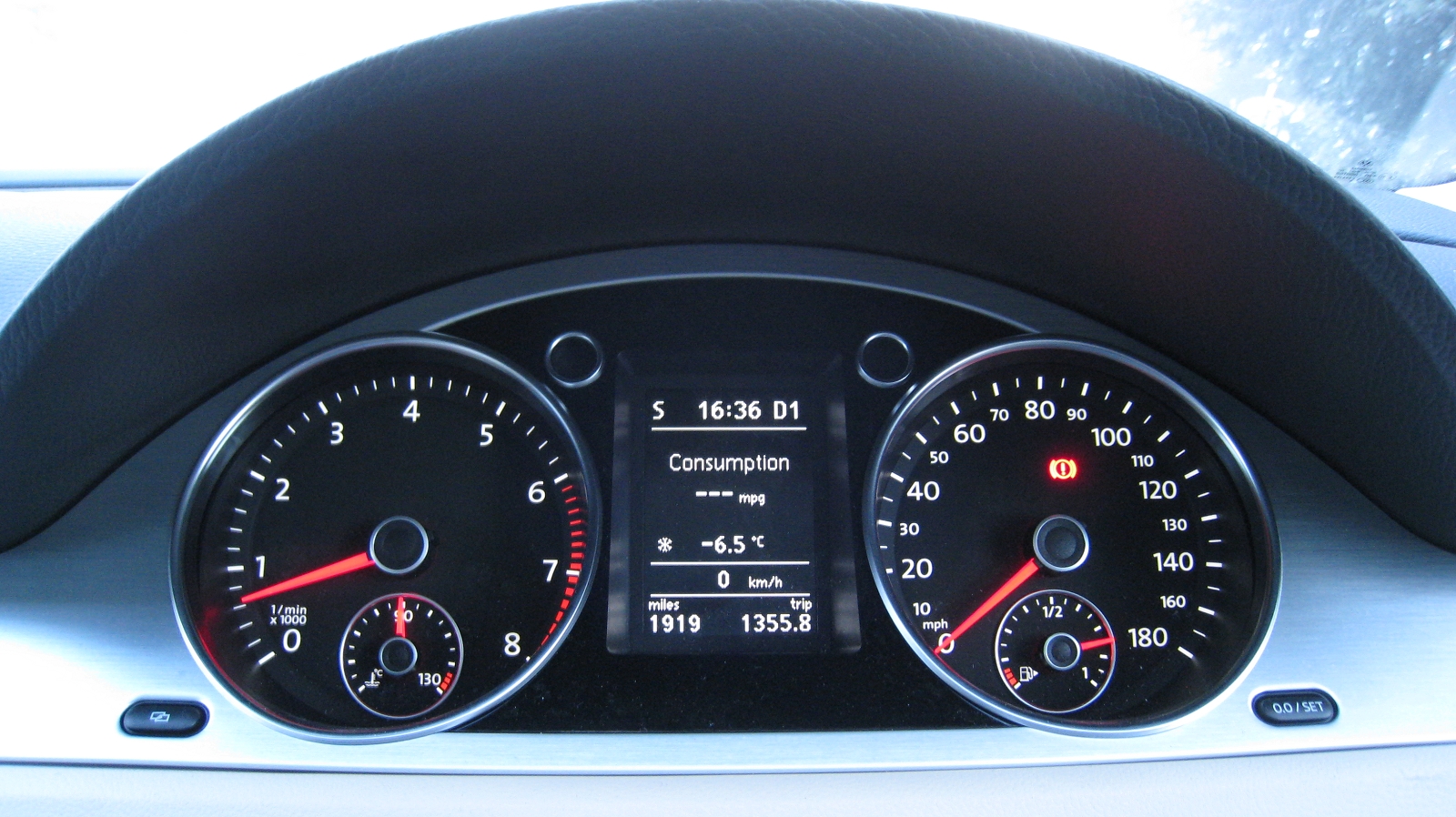 Guages are back-lit in white 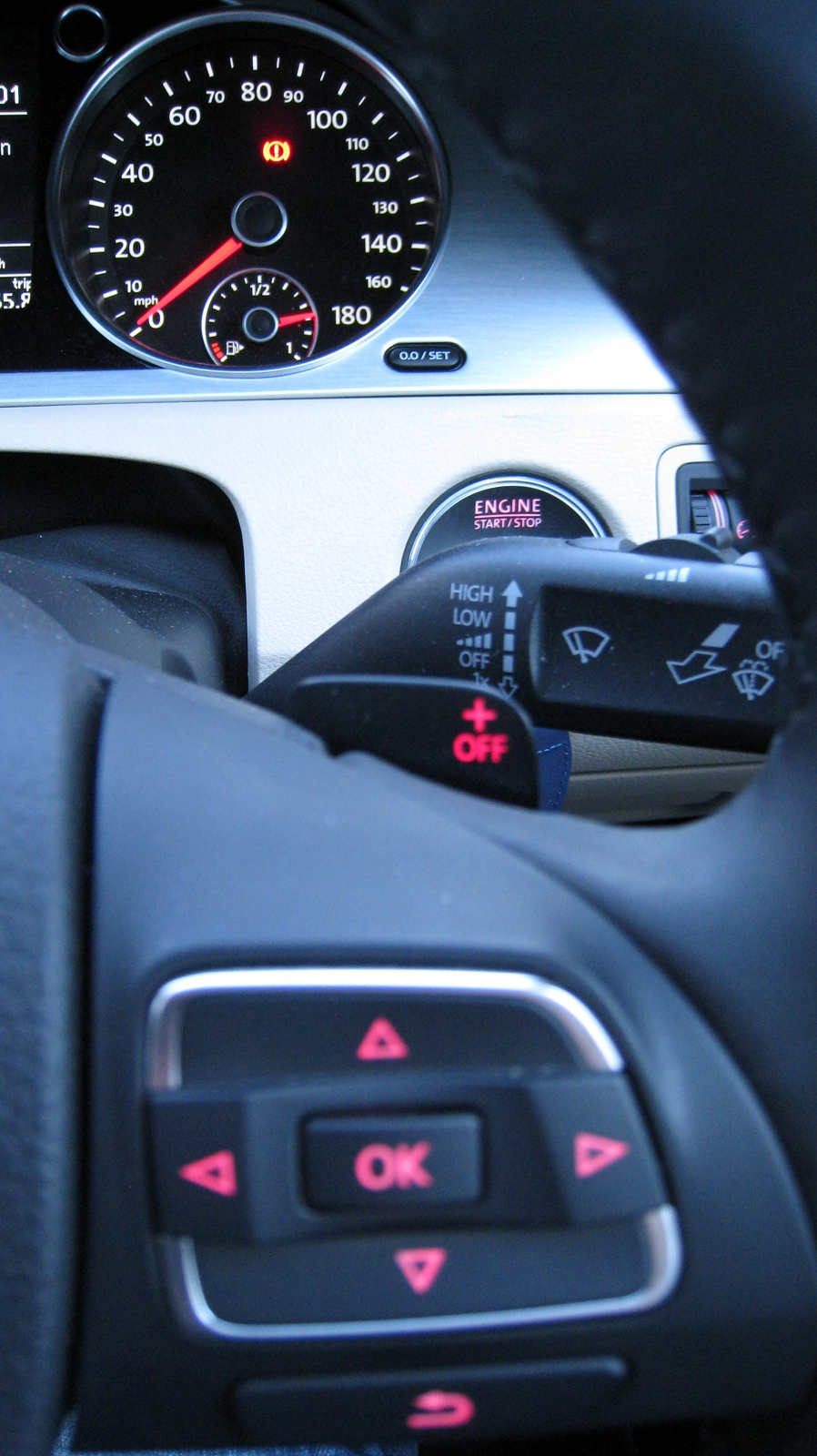 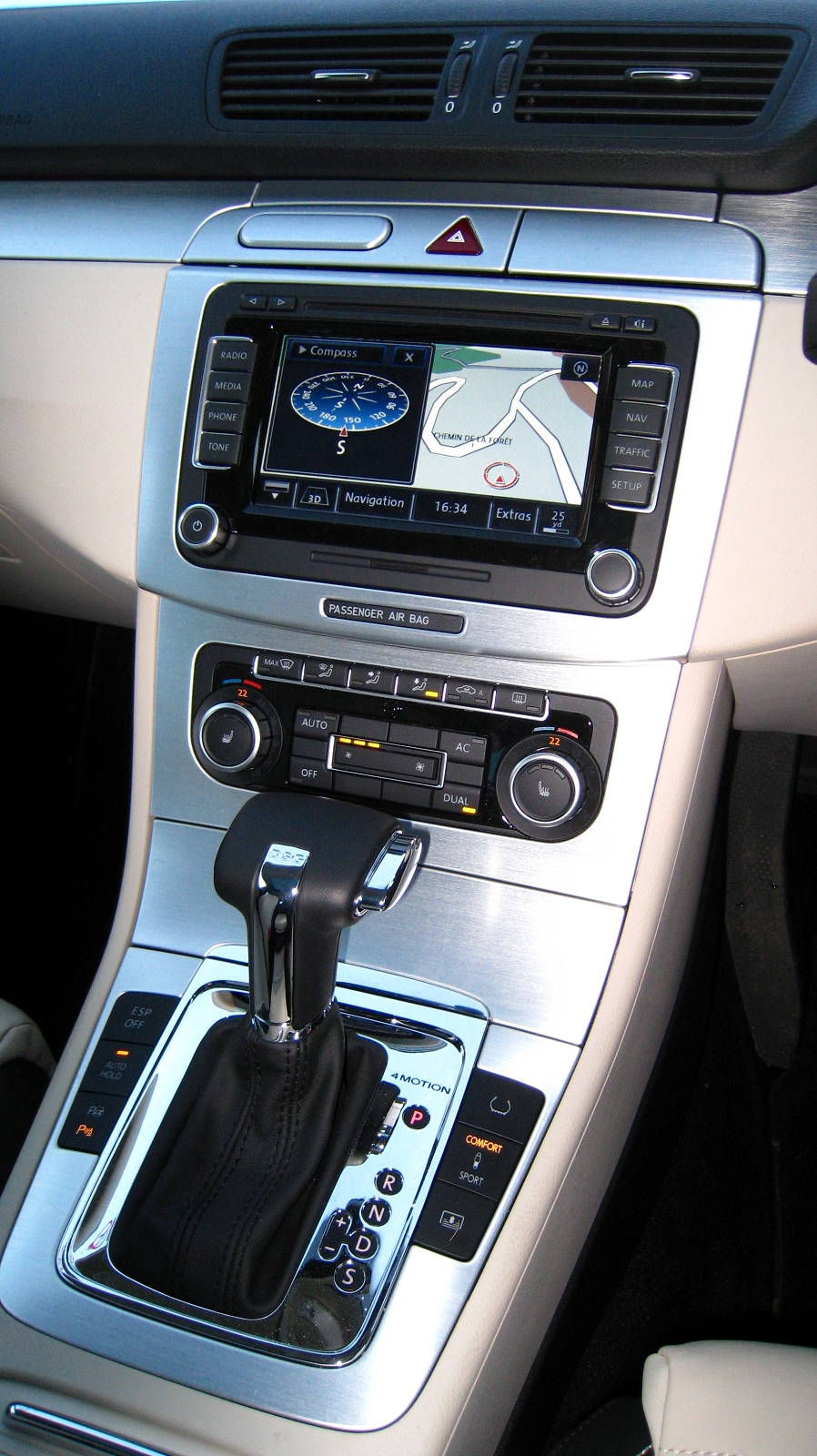 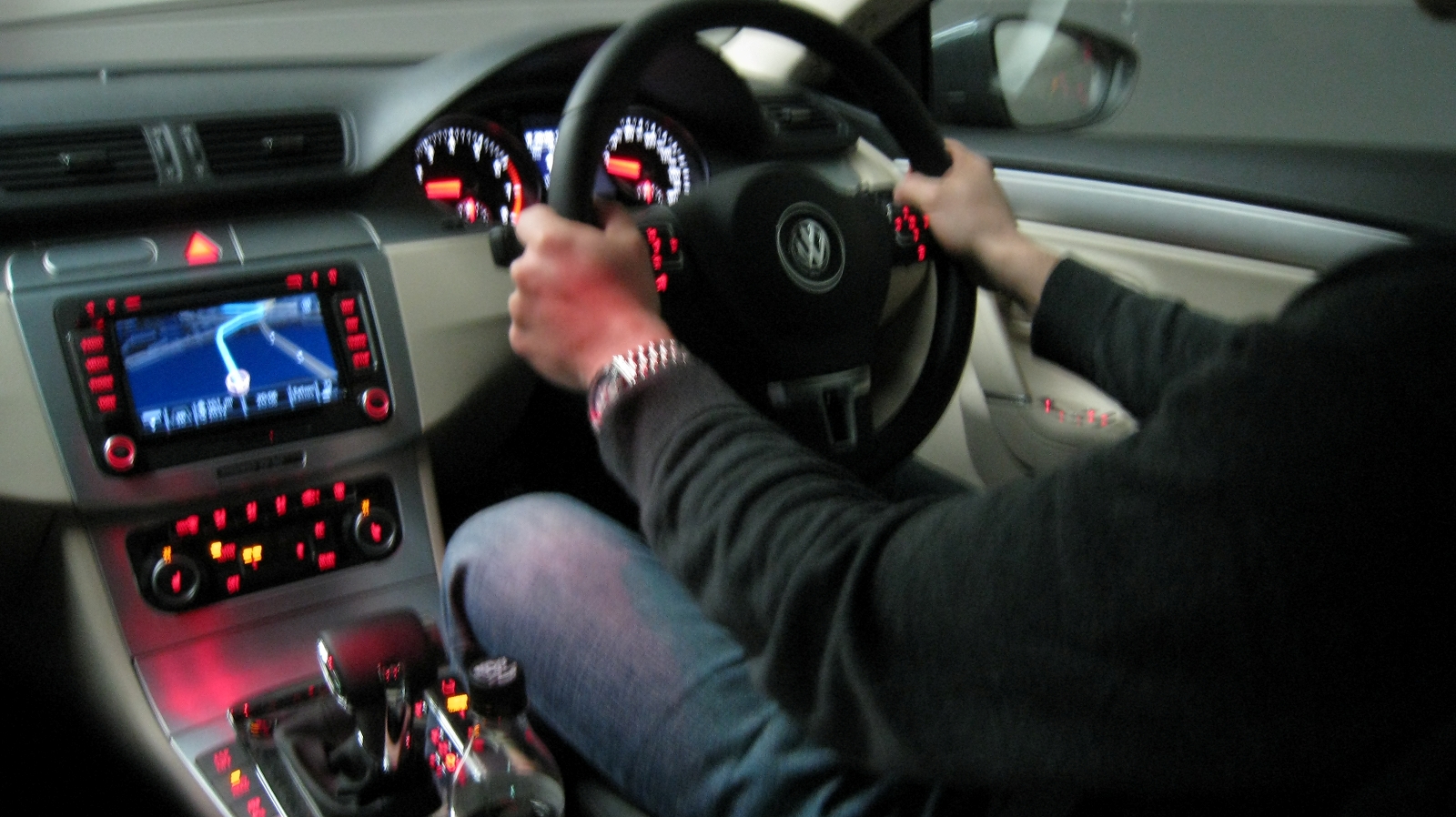 Designed by Murat Günak during his tenure as head of design at Volkswagen, the Passat CC is the German automaker's answer to the Mercedes-Benz CLS (also by Günak while at Mercedes-Benz) and Jaguar's XF sedan - though the latter does have a rear bench seat that can accommodate three people at a squeeze. This is a car that combines sportiness with elegant design, and the elements of its overall aesthetic work equally well on the road as the motor show stand.

Measuring 34mm longer, 55mm lower and 35mm wider than the Passat sedan on which it is based, the CC's rising shoulder line, chiseled body panels and elongated head- and taillamps communicate that this is a sportier model derivative. The sharply raked windshield, slim DLO, teardrop-shaped sideview mirrors and sloping rear window all evoke the feel of a sleek coupe.

The CC's face, having lost the 'classic' Passat's chromed detailing element around the grille, is more elegant, while the backlight's slender cheater panel lengthens the window down to the trunk's shutline, further enhancing the sporting aesthetic. Frameless side windows also add to the fluid design, appearing to flow into the chrome strip above and enabling a thinner roof volume above the doors.

During our trip, the CC was duly admired by the French 'gendarmes', elderly gentlemen playing 'pétanque' in a provincial town, younger children who wished their parents had bought one instead of the Toyota SUV they were required to ride in, and assorted members of the wintersports set at the ski-resort town we visited. Even people in Audi's S5 coupe and Q5 midsize SUV could be seen casting admiring glances as the streamlined four-seater drove by.

As its exterior aesthetic would suggest, the interior of the CC is a sportier environment than the traditionalist Passat's. Though the CC shares many of its core elements - the dashboard, instruments and center console - with the less elegant sedan, its bespoke contact points, chrome-trimmed HVAC dials, steering wheel, touchscreen SatNav/Mp3/DVD unit and sport seats (trimmed in contrasting beige and charcoal and with lateral ribs) add a distinctly upmarket feel to the interior. The white back-lit fascia and multi-function display also add a touch of class.

Even with the shallow DLO and high beltline, the interior of the CC is still a light and airy space. While you do look out onto the passing scenery as if from a cocoon, it does not feel cramped - an effect sometimes likened to the interior of the CLS. But while two adults ride in comfort in the front two chairs, passengers we welcomed to the rear were less pleased by the arc of the roofline, which eats away at rear-seat headroom and forces anyone above six feet tall to tilt their head to avoid making contact with the headliner.

From the interior, the curvature of the roof is so dramatic, particularly at the rear, that the vast 'panorama' sunroof doesn't extend aft of the B-pillar. The headliner is also devoid of grab handles, presumably to prevent accidents should occupants become dislodged from their cosseting seat. The fact that the rear also only has two dedicated seats made some argue that the fixed center storage compartment, with its rolltop cover concealing a pair of cupholders and a small tray for loose items, was wasted space.

As the recent proliferation of coupe-shaped sedans would suggest, buyers will inevitably be drawn to the fashionable, sporting aesthetic of the Passat CC. It has the allure of sophistication and quality that will be seen as an attractive alternative to conventional sedans and the four-door coupe offerings from Mercedes and Jaguar. But the CC is more in the mould of the unadmired Phaeton than any other Volkswagen before it, asking people to put their preconceptions aside and look past the 'people's car' badge to what is truly a cutting-edge, contemporary design.