Opel’s recently released sketch of the new face for the next Opel Mokka draws heavily on the Vizor grille we saw debuted on the GT X Experimental concept in 2018. The Opel Vizor also references the legendary Manta and there are shades of the Vauxhall HP Firenza too in its horizontal layout.

The OEM has since released images of the production model, and it includes some interesting design details. 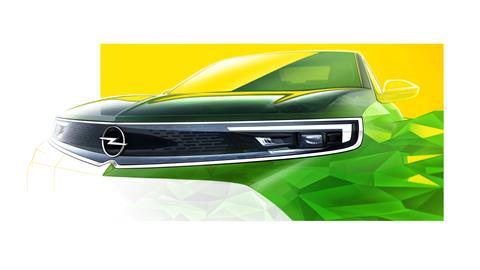 Opel describes the new front end of the Mokka as: ’Like a full-face helmet, a protective vizor that organically integrates the grille, the headlights and the brand logo in one single module covers the new Opel face.’ There is indeed something of the Mandalorian’s helmet to the face.

In the official release, Opel states: ’The Vizor of the new Mokka extends in one single sweep across the front of the vehicle underneath the bonnet, visually stretching its width and organising the fascia with a reduced amount of elements. No superfluous decoration disturbs the focus on a pure, flush surface that perfectly integrates the headlights. The legendary Opel lightning-flash emblem proudly dominates the centre. It looks pure, precise and technical, a perfect match to the new Mokka that will only have high-quality LED lamps as well as the latest generation of IntelliLux LED® matrix headlights – a true highlight in this market segment. The Opel Vizor will become a hallmark of all Opel models in the course of the 2020s with the idea of further clustering top technologies.’ 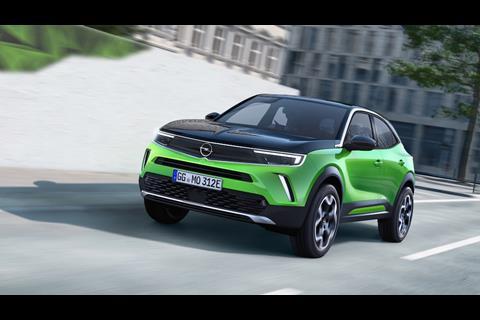 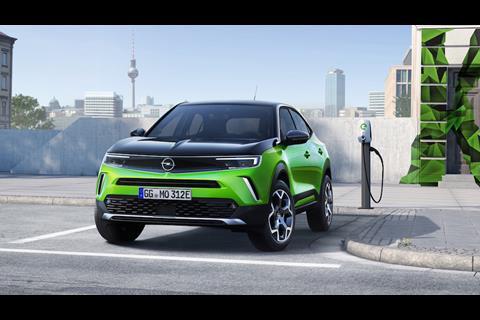 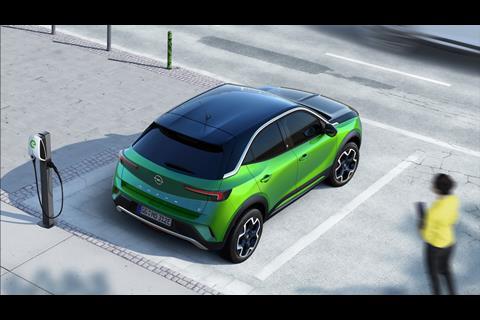 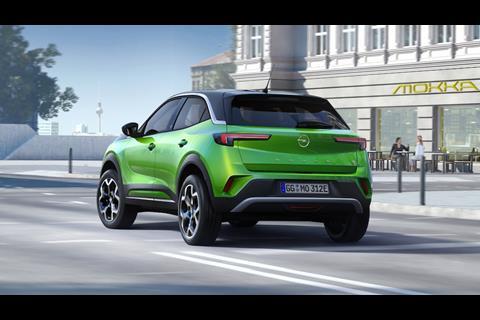 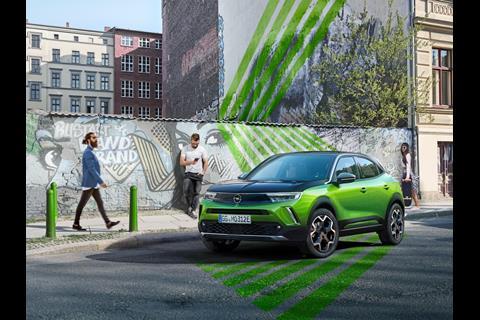 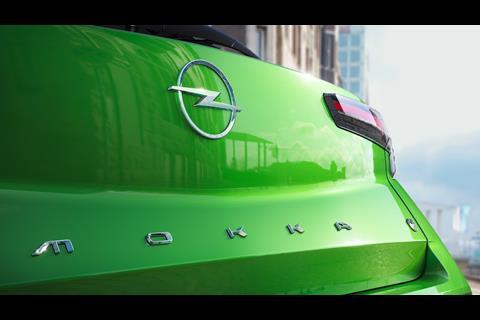 Mark Adams explained: “It was very important for us to create a fresh new face for the brand that was true to our future design philosophy of being both bold and pure. Our new Vizor that makes its debut in the next generation Mokka is very clear and distinctive, while being true to its German roots of form follows function. There is no need for a classic grille in electric cars like the Mokka, so the Vizor creates a seamless integration of future lighting and other technologies, all within a high-tech protective surface.”

Although the model has a slightly longer wheelbase (+2 mm), the new Mokka is 12.5cm shorter than the previous generation with shorter overhangs (minus 61mm in the front, minus 66mm in the rear), while 10mm has been added to the width. The change in size has been made in the hope of ensuring the Mokka is more suitable to urban driving.

Inside, the model is the first to take on Opel’s new ‘Pure Panel’ interior, designed to make the user experience “clear and clean.” The long instrument panel is made up of two widescreen displays: one directly infront of the driver to display driving information and one alongside for the infotainment system. Despite the fact that the screens dominate the cockpit, the design team decided to keep manual control buttons for essential functions in the hope of allowing the driver to remain focused on the road and avoid distracting exploration into submenus.

There are some extra details in the materials, such as the textured panel that supports the screens and the bright stitching of striped lines down the door. Everything else looks familar and well-executed.

The Mokka looks remarkably similar to the GT X Experimental from 2018. The bluff front end and clamshell bonnet design seem to have made it through to production. For more details about the concept that has informed the Mokka, read our original GT X Experimental design review from 2018.