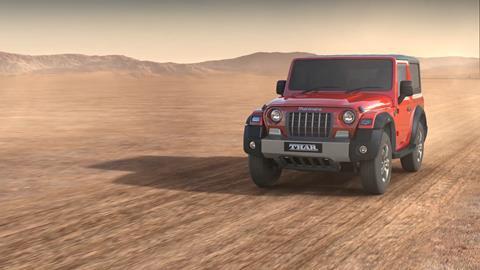 Thar: Return of an Icon

An authentic, purpose-built SUV with a rugged appearance and a go anywhere spirit, the original Thar by Mahindra & Mahindra developed a cult following in India. With the new model, which hit the market in October 2020, Mahindra and Mahindra hopes to build upon the Thar’s success by introducing the vehicle to a new generation of consumers. Head of design Kripa Ananthan unpacks the creative thinking behind the vehicle

The Thar was launched in 2010 by Indian OEM Mahindra & Mahindra and quickly developed a cult status among Indian consumers. It was a natural evolution of the sturdy MM540 4x4 that had steered large swathes of the population, not to mention the army, through the streets, backroads and countryside of this diverse country. With Thar, Mahindra & Mahindra had tapped into a particular niche of automotive culture that valued reliability, resilience and an adventurous spirit. “Those who were keen on off-roading were totally blown away and formed these tribes – little clubs started popping up across the country who met at weekends. It took on a life of its own,” explains Kripa Ananthan, head of design at Mahindra & Mahindra. 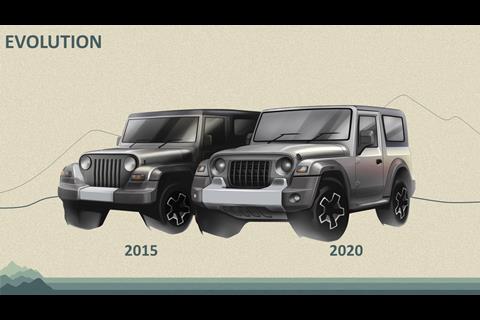 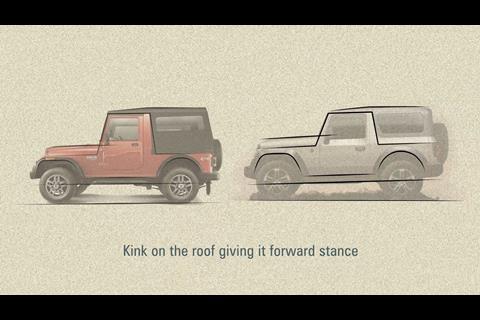 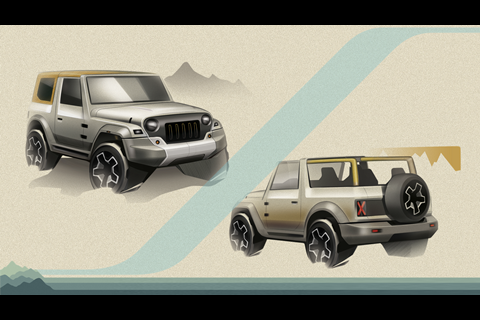 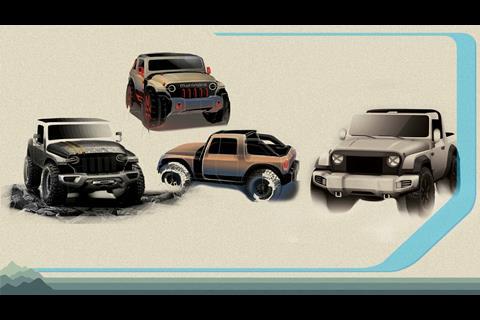 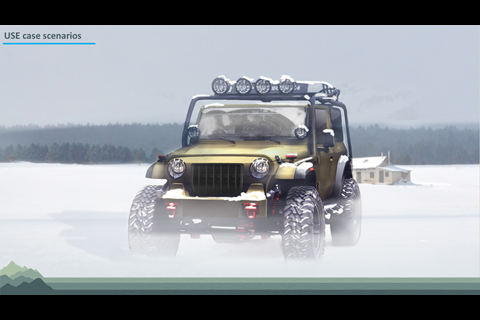 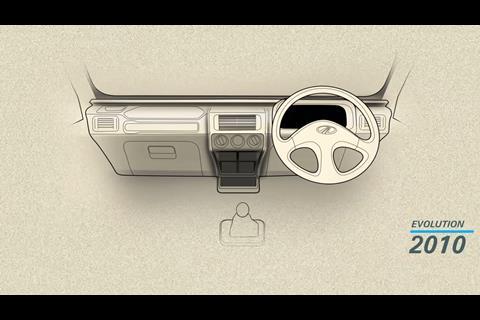 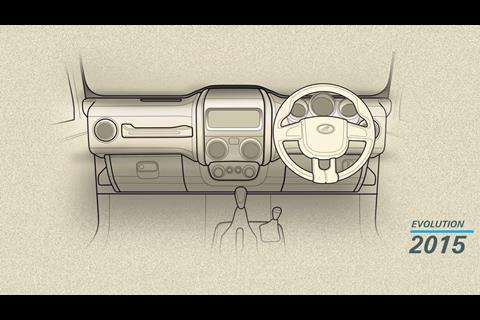 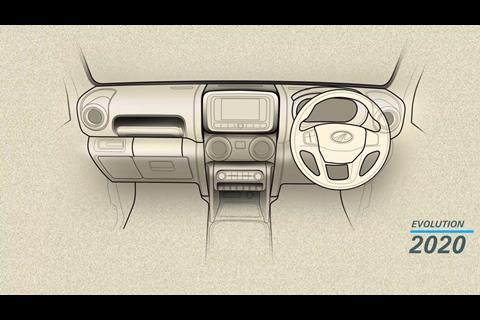 Like the underground band with a cult following that goes mainstream, the follow-up Thar is the equivalent of that difficult second album. How to evolve such a beloved vehicle and take a dedicated customer base with you. The approach taken by Ananthan was to set up two advanced design teams working on seven concepts: three evolutionary and four revolutionary, with the team taking all seven concepts to a scale-model stage. “We realised that the way to go was to follow the heritage of the Thar – that core adventurousness needed to be maintained in that form.” In practice that meant what has been described as a “neo-retro” approach. “The design clearly harks back to the past,” says Ananthan. “But when you see the vehicle in an off-road or urban setting, it looks fresh. In a sea of wannabe SUVs, it looks new.” Architecturally, the track and wheelbase were increased to improve ride quality, which made the proportions appear more stable. 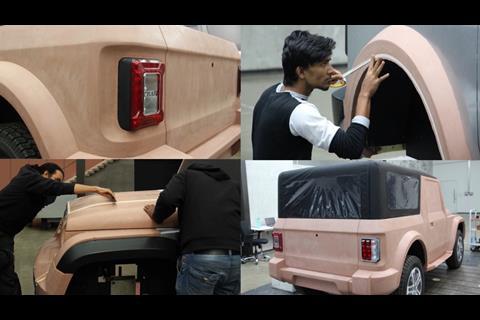 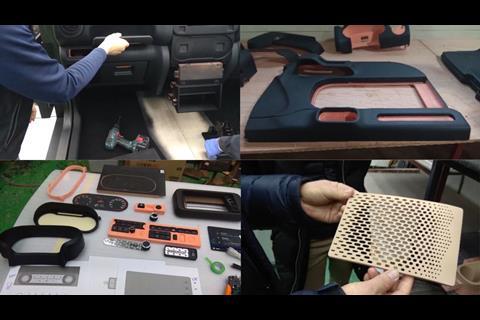 “We lifted the hood for better strength protection, which also made the model look more tough and capable,” she explains. “This added a newness that wasn’t there in the old Thar. We added this taut hexagonal body side section, while the old Thar had flat sides. This [also] gave the design some modernity and toughness.”  The crease runs from the fender to the taillight and, when seen from the side it is split into thirds by the central cab to the A and B pillars. “We added a strong shoulder and a slight rake to the A-pillar, and we balanced this with a very strong B-pillar, keeping the spirit of this beautiful break of thirds.” The Thar has particularly characterful design quirks, too, namely a trapezoidal front wheel arch and a semi-circular rear wheel arch. “It is quite unique,” says Ananthan. 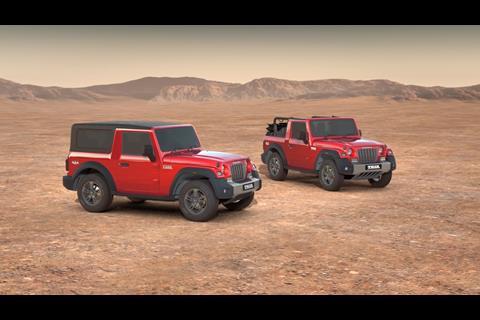 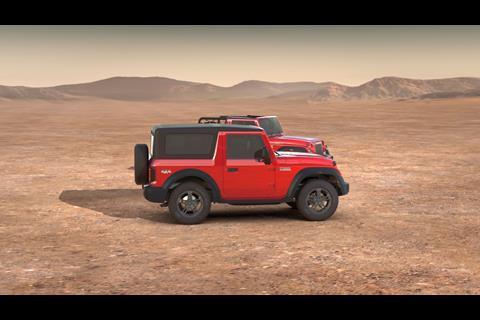 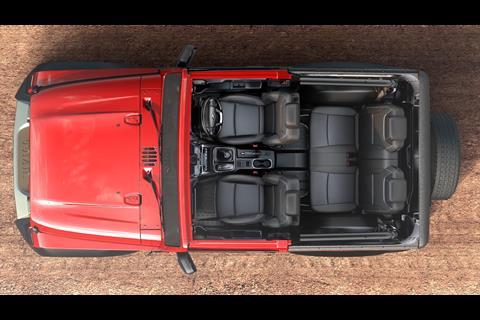 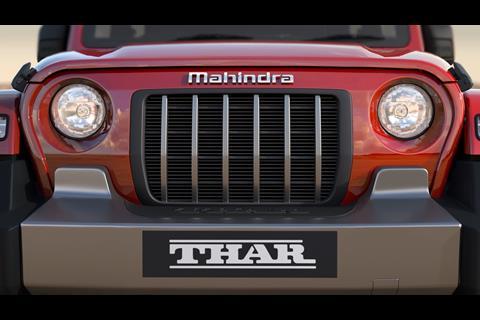 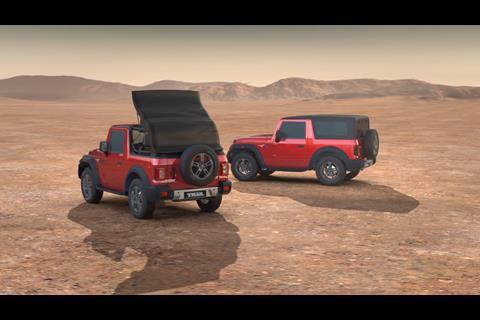 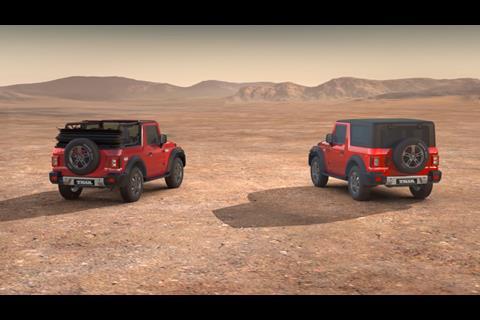 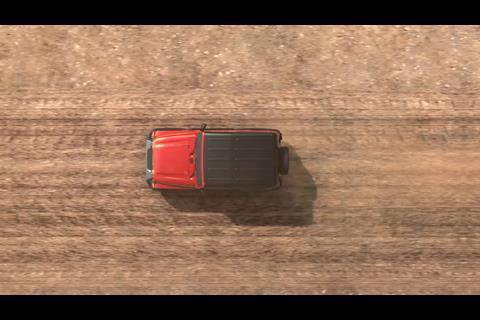 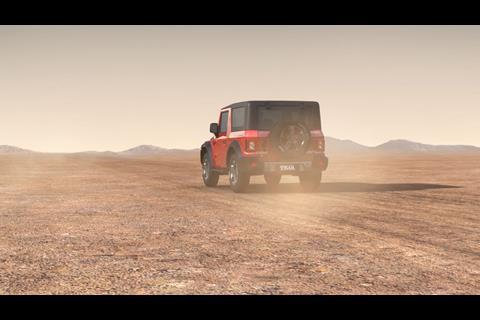 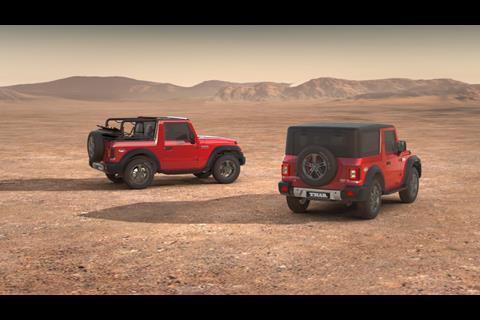 Thematically, the interior has a dual identity. “The form factor is basic and simple geometric forms that intersect to give SUV proportions. And circular and squircle graphics in the instrument panel and the door trim.” Meanwhile, the central infotainment screen is held by structured chamfers and the toggle switches emit a tough sporty vibe. The biggest change, however, is in the materials and surfaces. “Chrome and bits of silver – all of it comes together to create an impression of capability but with modernity and class,” says Ananthan. For Mahindra & Mahindra, the new generation Thar marks another chapter in a story that has been running for 70 years. 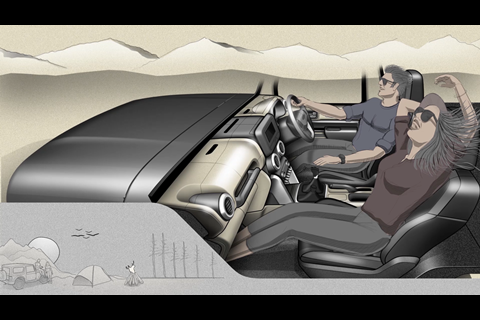 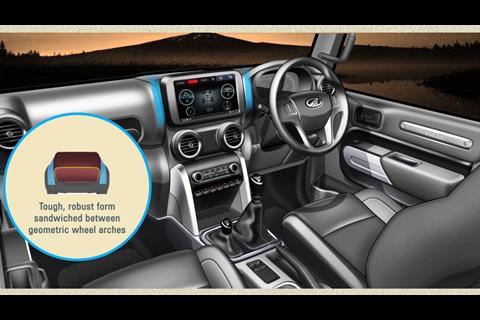 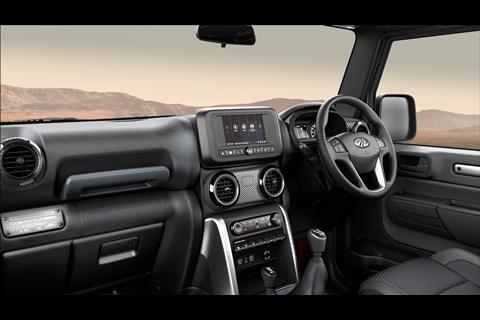 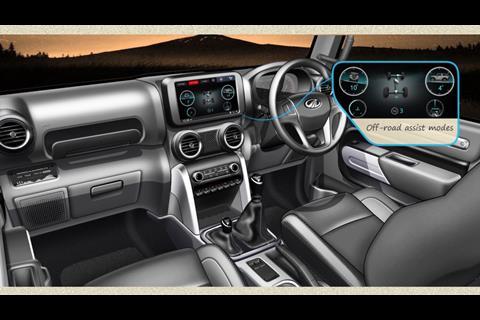 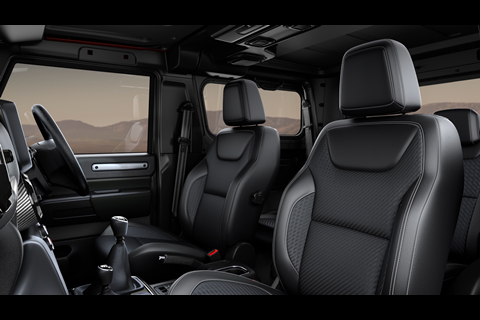 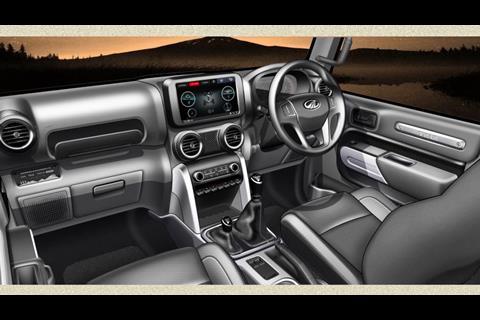 “The Thar is the last in a series of products that we have been making since the middle of the last century. The last few have been the classic, the 650, the 750. For seven decades their ubiquitous nature: in deserts, hills, wherever you go – their association in India with famous films, movie songs,” says Ananthan. “All of this has become interwoven into the Indian culture and ethos. The Thar has acquired a romantic aspect and a fond place in the minds of Indians.”