The Chery design team is unapologetic about the fact this crossover concept was designed to draw people closer to its stand here at Beijing. And by the number of people who attended its press conference it seems to have worked. 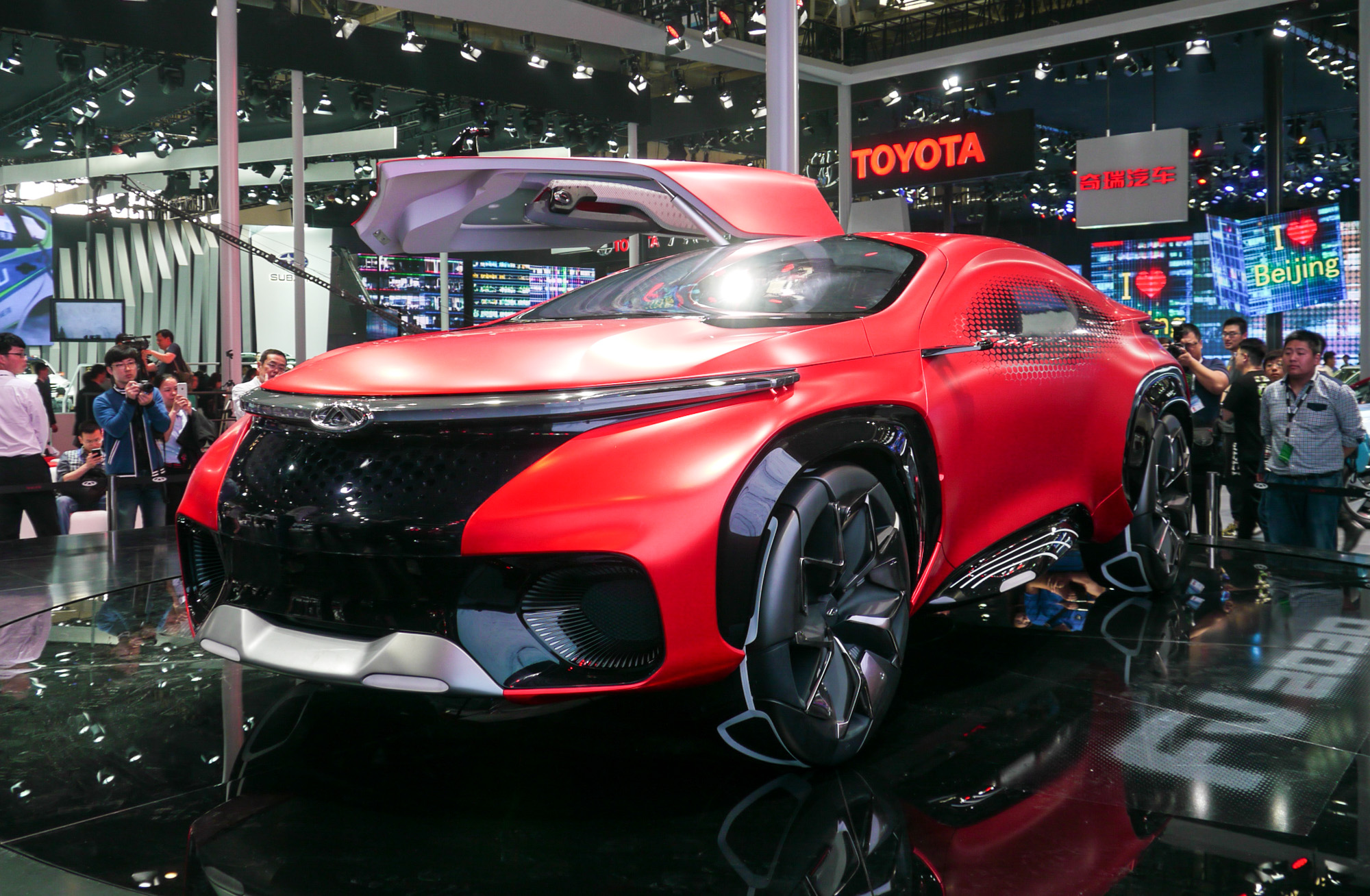 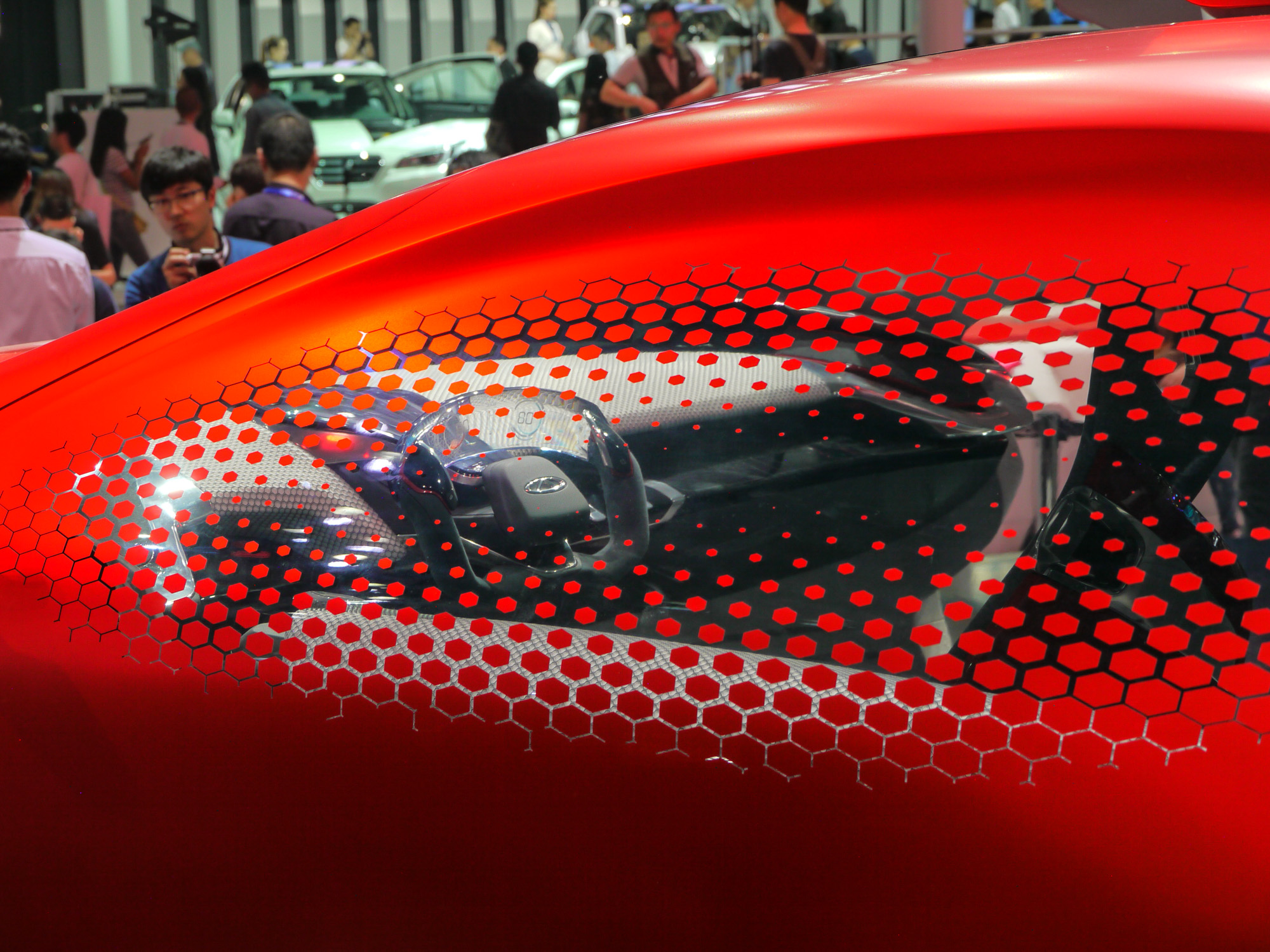 The car itself is a high-ish riding, low-roofed four-seater that imagines how the Chery brand might develop in the future. Some elements such as the front end graphics will be part of the brand’s near future while others – particularly the changeable side windows that can be turned completely solid should you wish to block out the outside world – are very much concept car treats. 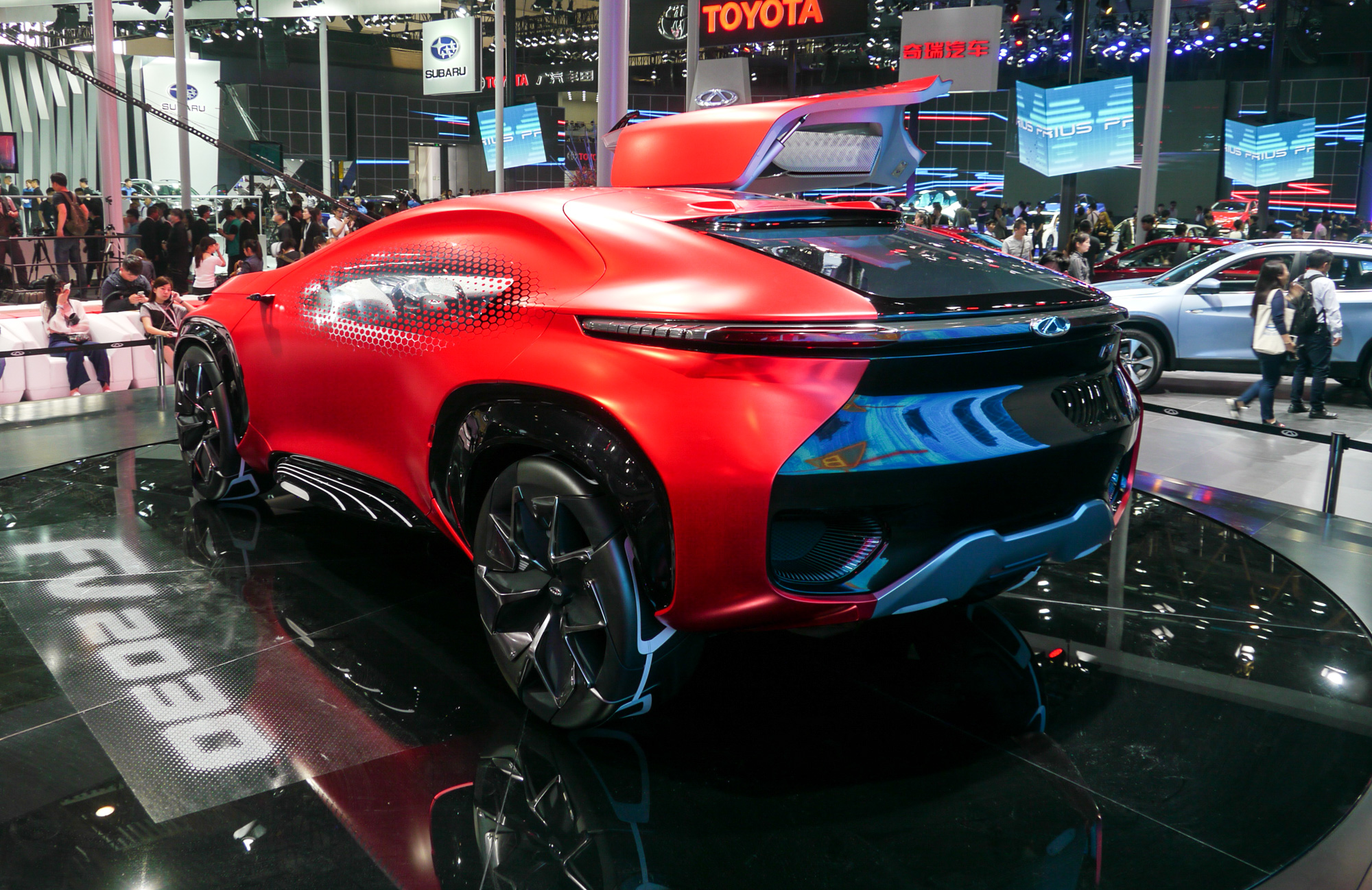 Its proportions are similarly unincumbered by production reality with a very large front volume and low roofline combined with the Chinese desire for a higher driving position. This, combined with the very distinctive wheelarch treatment that sees them extended horizontally into the bodyside, means the FV will not be mistaken for any other car at the show, unlike others we could mention. 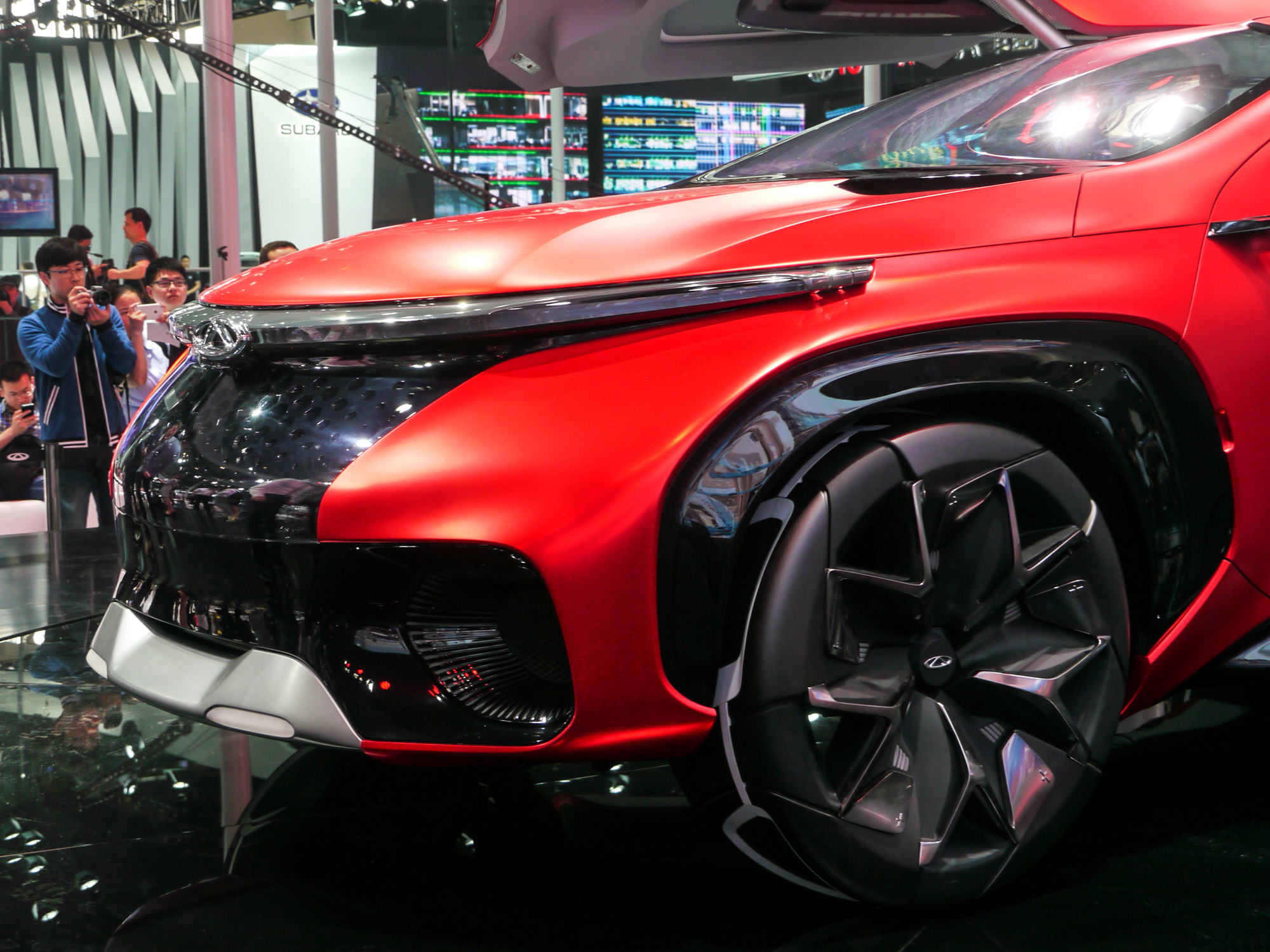 Its interior majors on some innovations that Chery has patented including an air filtering HVAC system housed in the roof that not only diffuses the cabin with clean air but also freed up the IP by its removal. In the place of air vents sit removable, self-contained music systems that you can take with you to your house or even clip onto your bike. 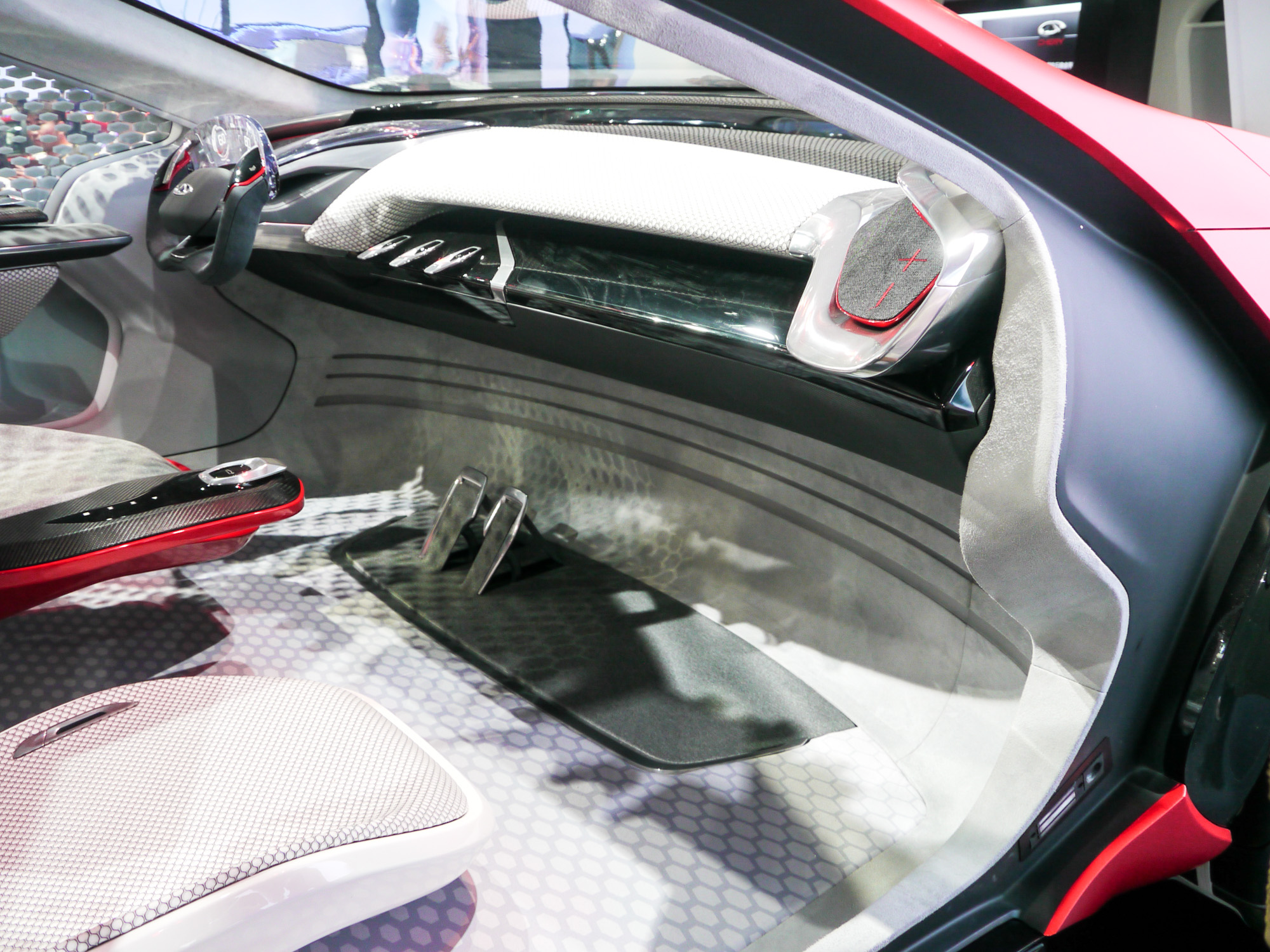 The seats are also patented in terms of their ability to slide horizontally and stack on top of each other, although we wonder quite how much support they would offer in reality. 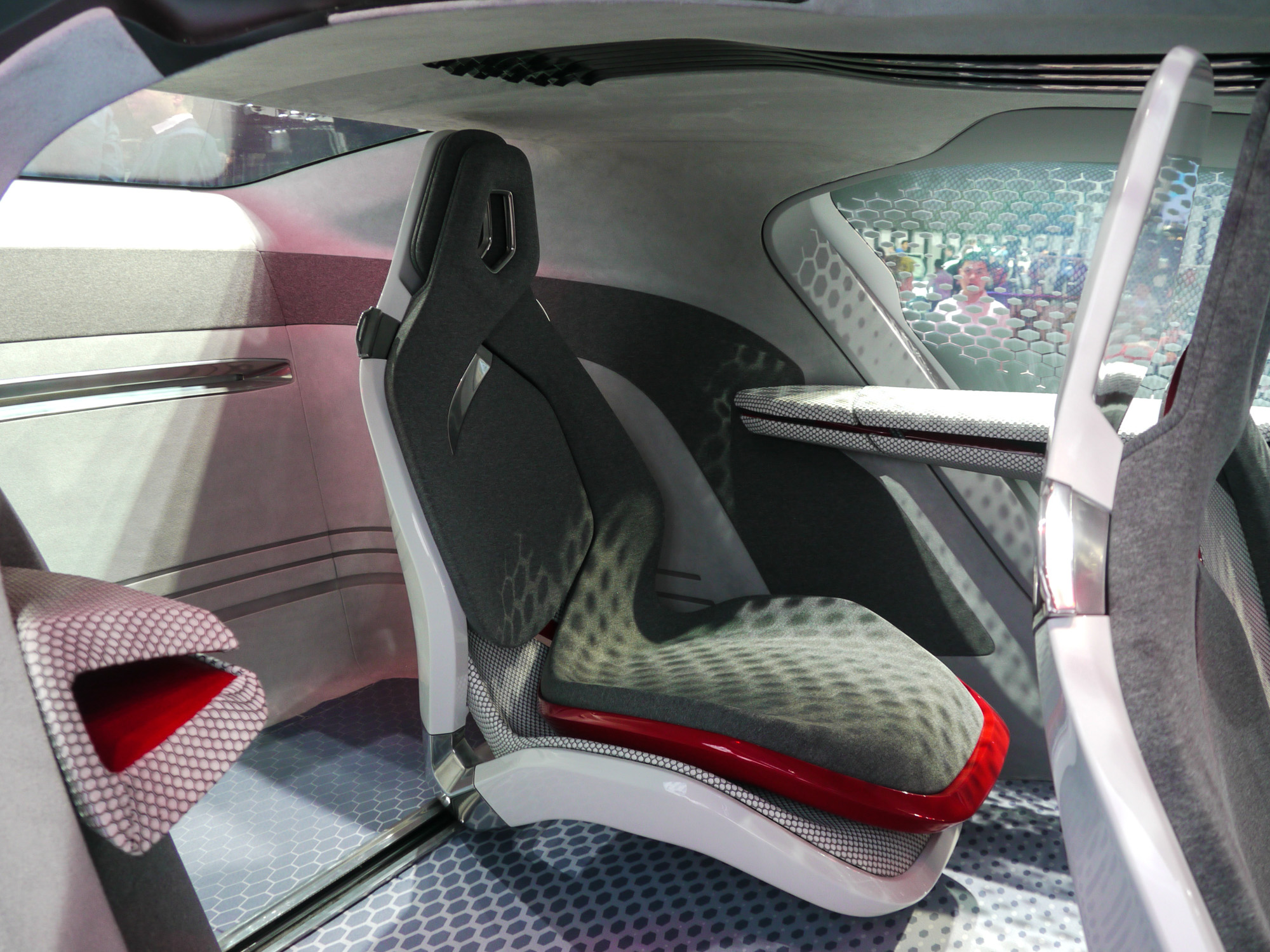 Overall this is a fun, engaging and charismatic concept that pulled crowds to the Chery stand to see its new Tiggo 7 crossover that is, if anything, a more impressive achievement.

Chery has come a very long way since James Hope took the design reigns and fought for his department’s power within the company. On the evidence of these two new cars, they’re delivering on that promise very nicely.