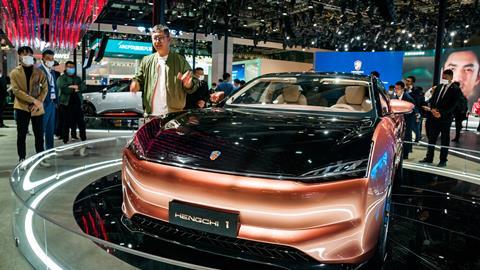 Shanghai proved a more relaxed affair than Beijing last year, PR nightmares for Tesla not withstanding, with European OEMs playing second fiddle to a slew of new launches by homegrown talent such as Arcfox, Nio and Xpeng

International OEMs have always been in a quandary about how to treat the annual Chinese show which alternates between Shanghai and Beijing. Despite the show’s international moniker there is a dearth of anything substantial in English and international attendees have always been asked to jump through hoops to get through the gates. As a result with a few notable exceptions down the years, OEMs have left the Shanghai show for launches of China-only models or specially stretched-for-China versions of existing cars. This year, with the Shanghai event being the only major show to happen anywhere in the world, caution was thrown to the wind. 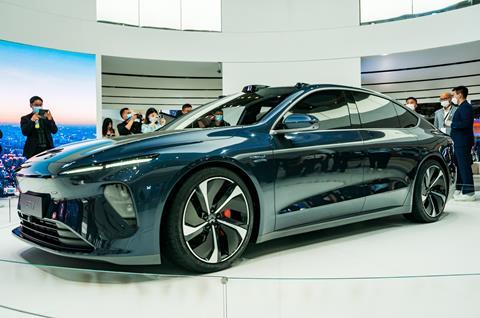 Despite the requirement of a nucleic acid test to attend, once in the atmosphere seemed more relaxed than the postponed Beijing show – held just seven months ago. While many of the cars on display had already been unveiled in the preceding weeks in both virtual and offline events in China, it was usually the first chance to really see them in the metal.

Design-wise the show largely marked the death of the large non-premium saloon outside China. Cars like the Ford Evos and Citroen C5X take over the mantle from what would traditionally have been manufacturers’ largest volume models. Whereas the Edge goes for a straight crossover style, the Citroen has a far more genre-bending shape. Notably though Lincoln unveiled the designed-in-China Zephyr – a concept for a China-only future saloon. 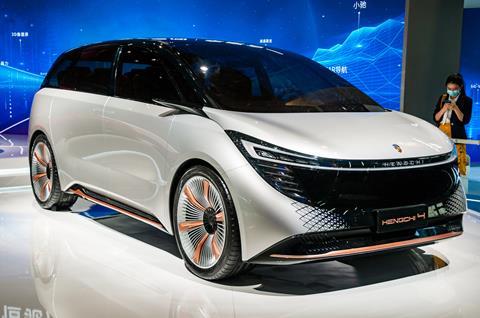 Mortals got their first look at the Audi e-tron GT and Mercedes-Benz EQS. Audi also showed a new concept for an A6 e-tron while Mercedes unveiled the, for the moment, China-only EQB electric SUV. When it comes to electric offerings both seem to be powering away from the Munich-based competition, which, despite the new iX on show has a dearth of models.

While Tesla experienced a PR nightmare on Monday with a lady shouting about braking issues from atop a display car roof before being roughly manhandled to the floor, Chinese competitors were basking in glory. Arcfox, Nio and Xpeng all showed Lidar-equipped cars ready to go on sale within the next twelve months. Whereas the Nio ET7 takes on a sleek more traditional saloon shape, albeit with tiny cat’s ears for the Lidar sensors, the other two take a different approach. Most noticeably the Arcfox αS blends a saloon with a crossover. The Xpeng P5, while referred to as a saloon, is also a high-rider thanks to being based on the same platform as the company’s first model – the G3 crossover. 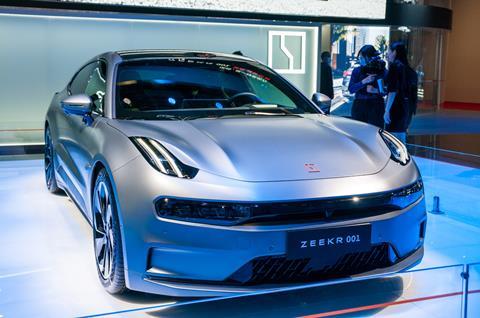 Continuing the recent trend, there was no shortage of new brands from both familiar names and some new to the car industry. Geely’s new Zeekr brand had the stunning 001 which they refer to as a shooting brake. Hengchi, from the Evergrande conglomerate, for the first time publicly showed its cars – all nine of them! IM the new joint venture between SAIC and Alibaba showed off its first production car the smart looking L7 saloon along with a concept for the second model the LS7 SUV. In addition there was the Airo driverless concept complete with futuristic charger designed by Heatherwick Studios. 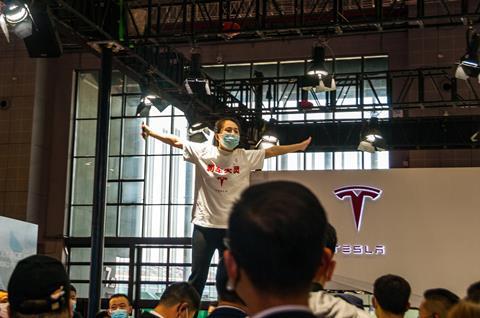 A protestor on the Tesla stand just prior to their removal

For all the headlines Tesla makes in China the true king of sales is the diminutive Wuling Hongguang Mini EV. Not to be outdone they upped the cute factor with a cabriolet version. And with China being the largest by volume market for EVs the show really belonged to the Wuling’s realm.