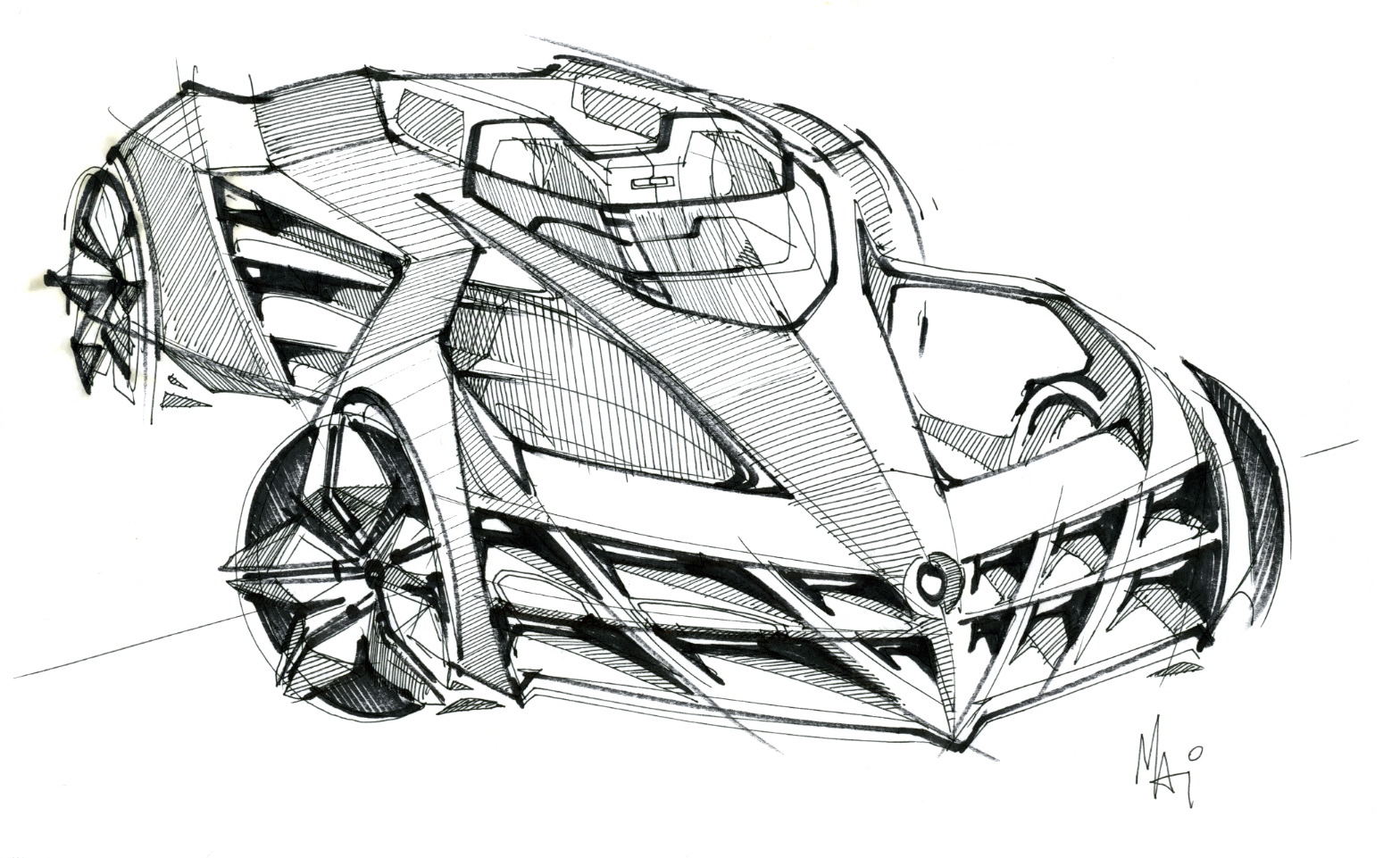 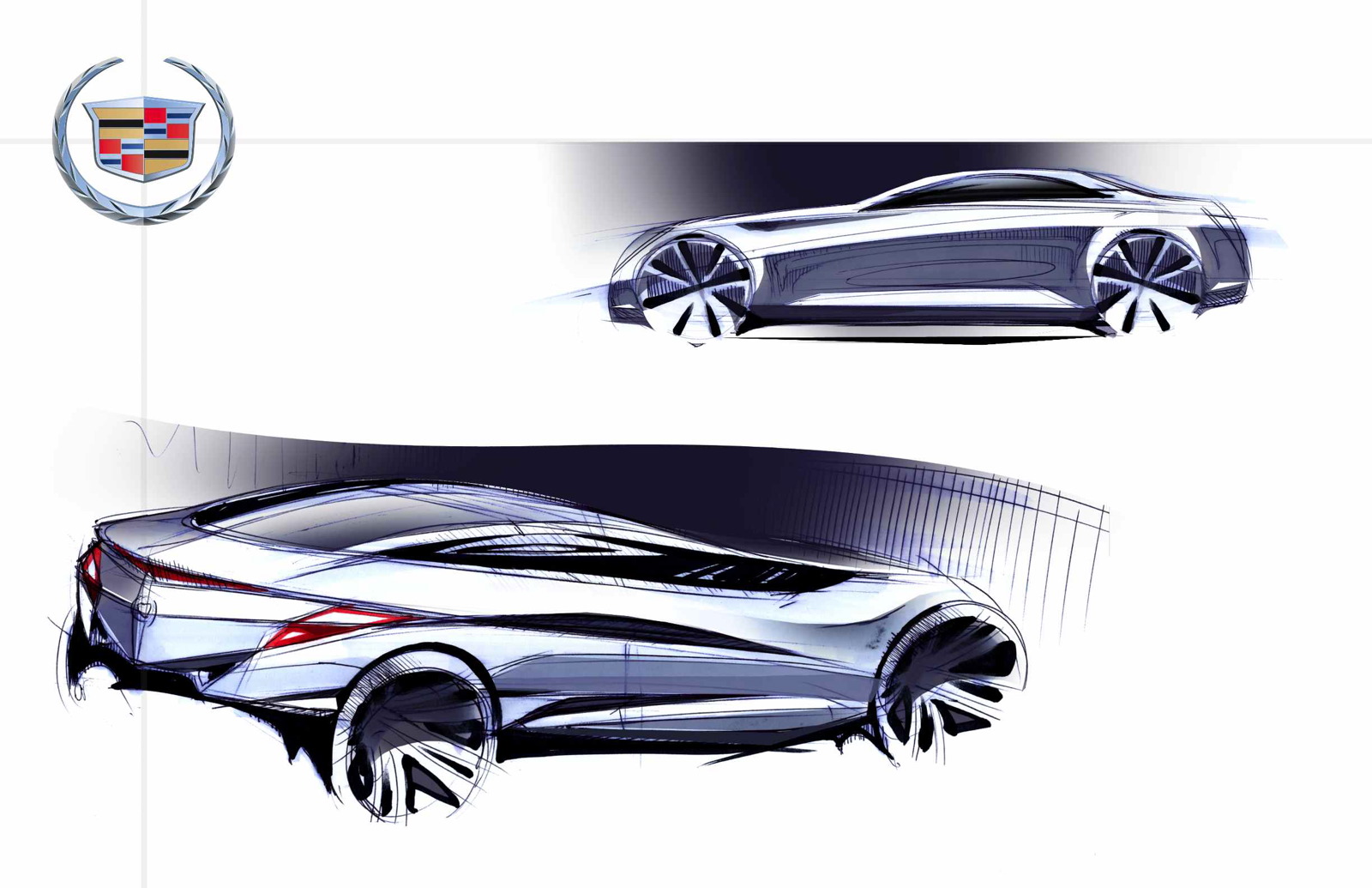 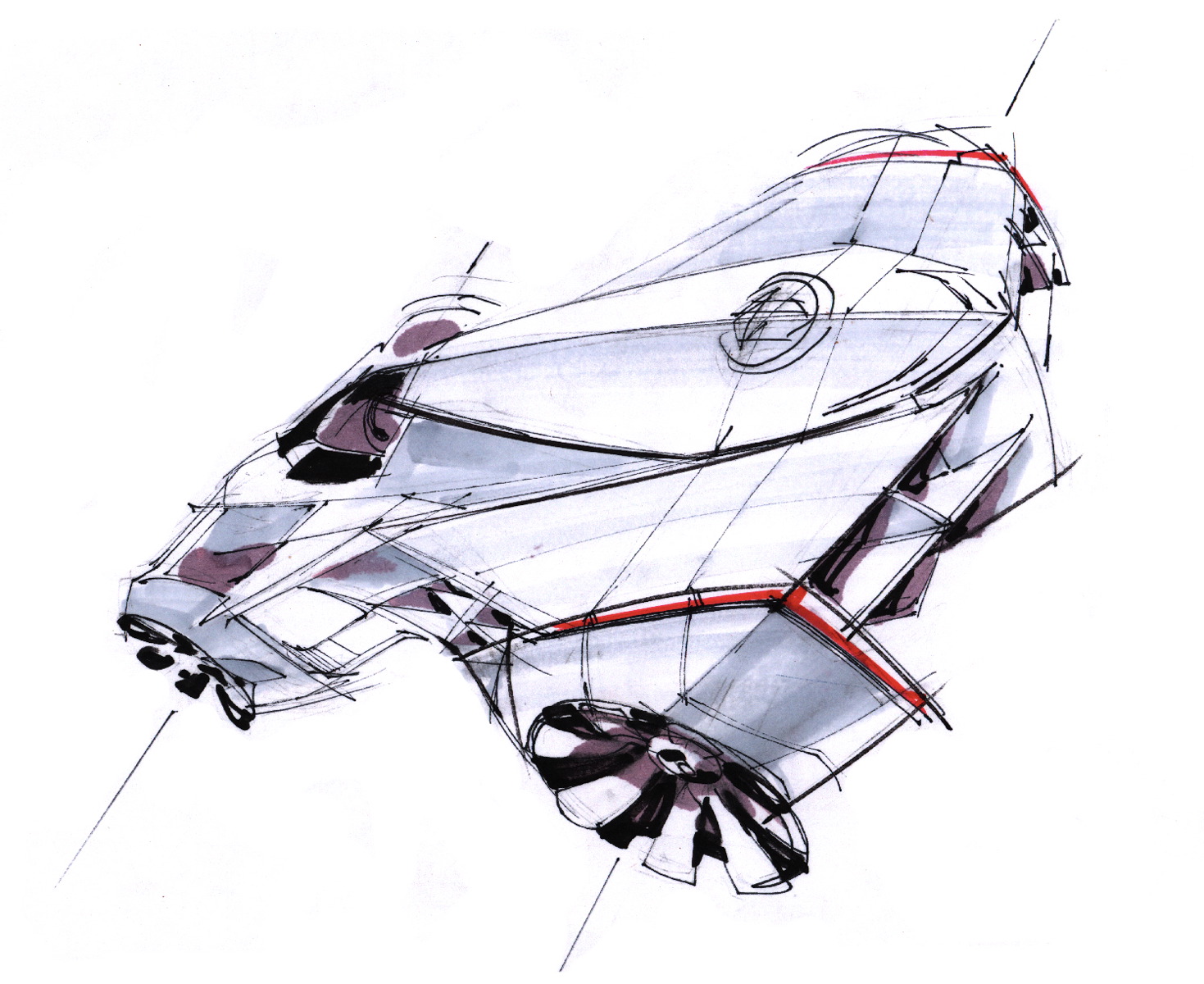 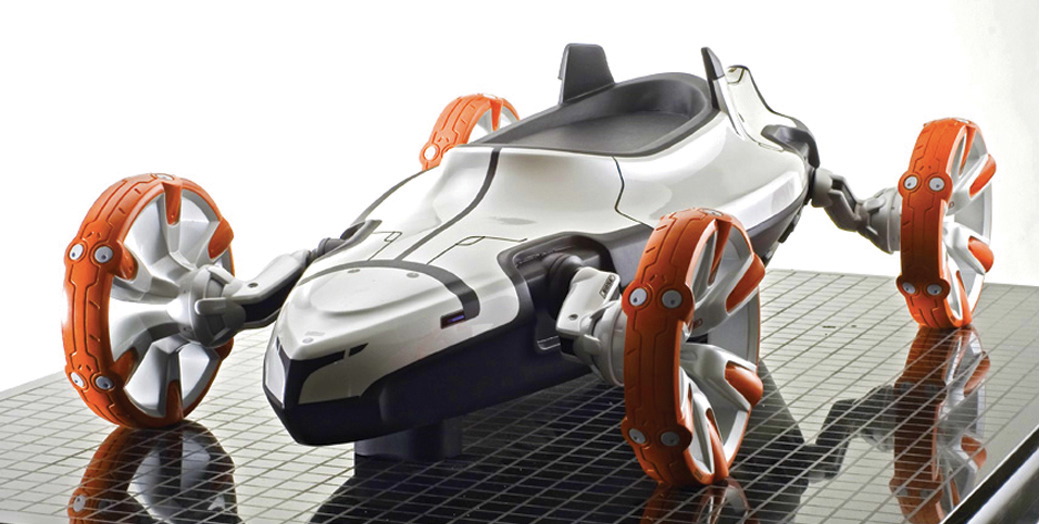 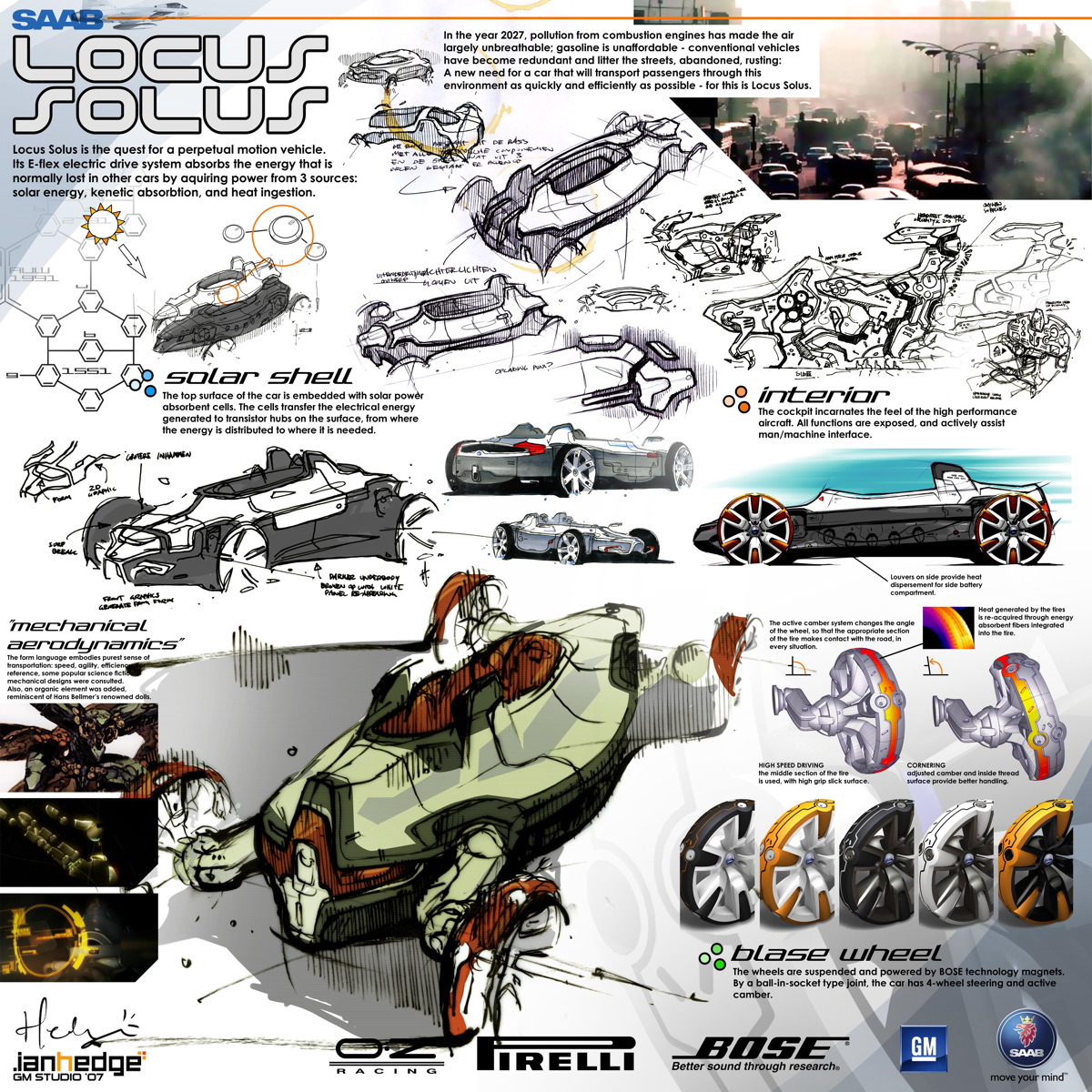 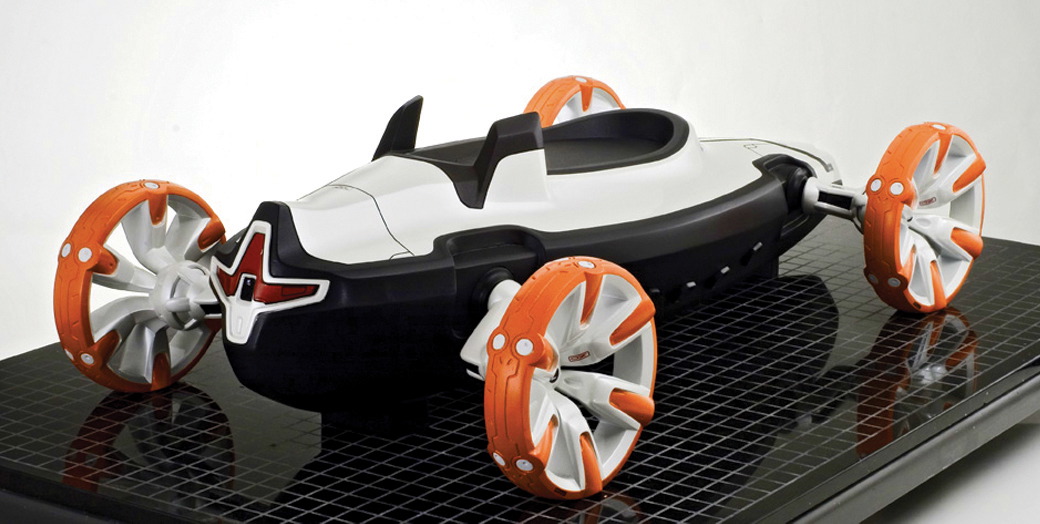 The race inspired proportion and layout of the V-Flex draws heavily from Le Mans prototype and F1 cars. Power would come from an electric motor with a range extending internal combustion engine. The Li-ion battery placed in the bottom center of the vehicle could be swapped from underneath the car during pit stops. Aluminum heat sinks in the rear efficiently dissipate heat away from the motor and battery while performing as a rear spoiler.

The front grille serves to communicate the Cadillac design philosophy and also serves as a functional aerodynamic enhancement. Phase changing louvers and rudders are controlled via a haptic interface to increase performance during extreme driving conditions. Cadillac's origami inspiration can be progressed with new methods of folding paper. Creasing and bending different types of paper allow more sophisticated forms which can be translated in to the topology of a vehicle.  This new form of paper folding influences the design of the V-Flex.

Ian Hedge's "Locus Solus" aspires to be an automotive perpetual motion machine. Designed for optimal efficiency in a dystopian future where conventional power sources have become all but unaffordable, its electric drive system absorbs the energy that is normally lost in other cars.

The form language was labeled "mechanical aerodynamics", defined by dramatic constructional forms with powerful graphics and eye-catching colors. The Saab brand identity is maintained in graphics and a strong wedge-shape attitude.