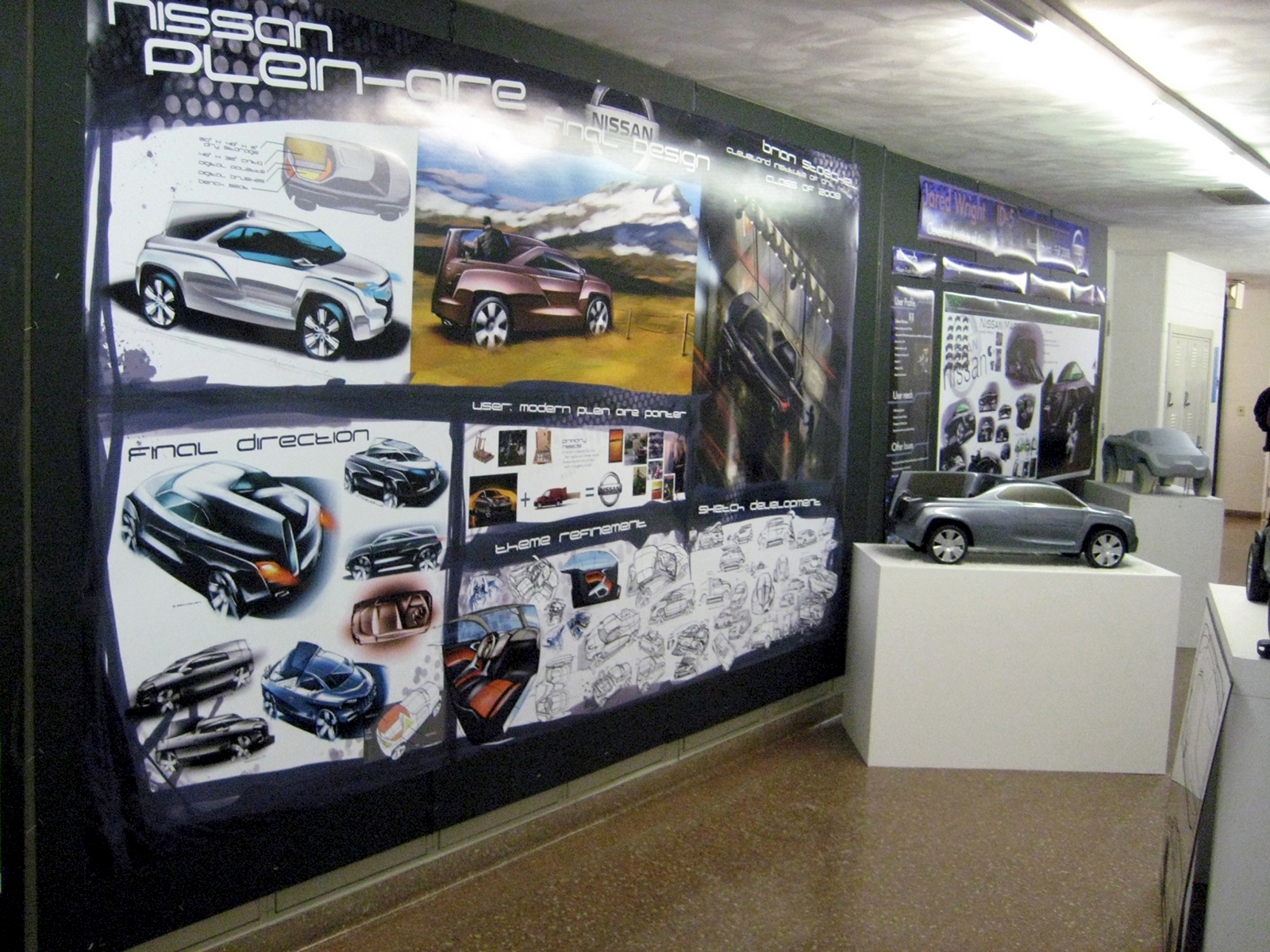 The exhibition space at the Cleveland Institute of Art. Click for larger images 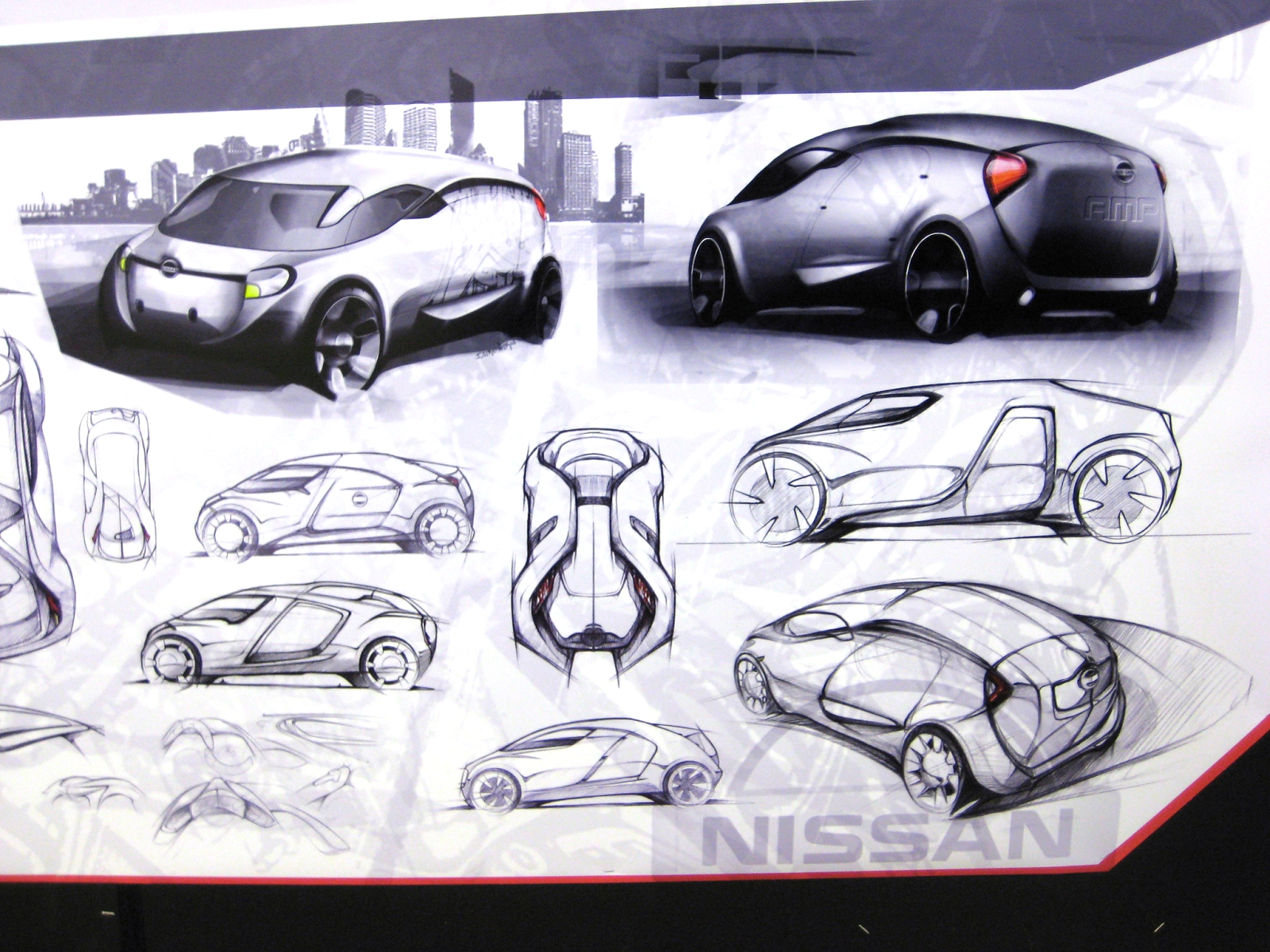 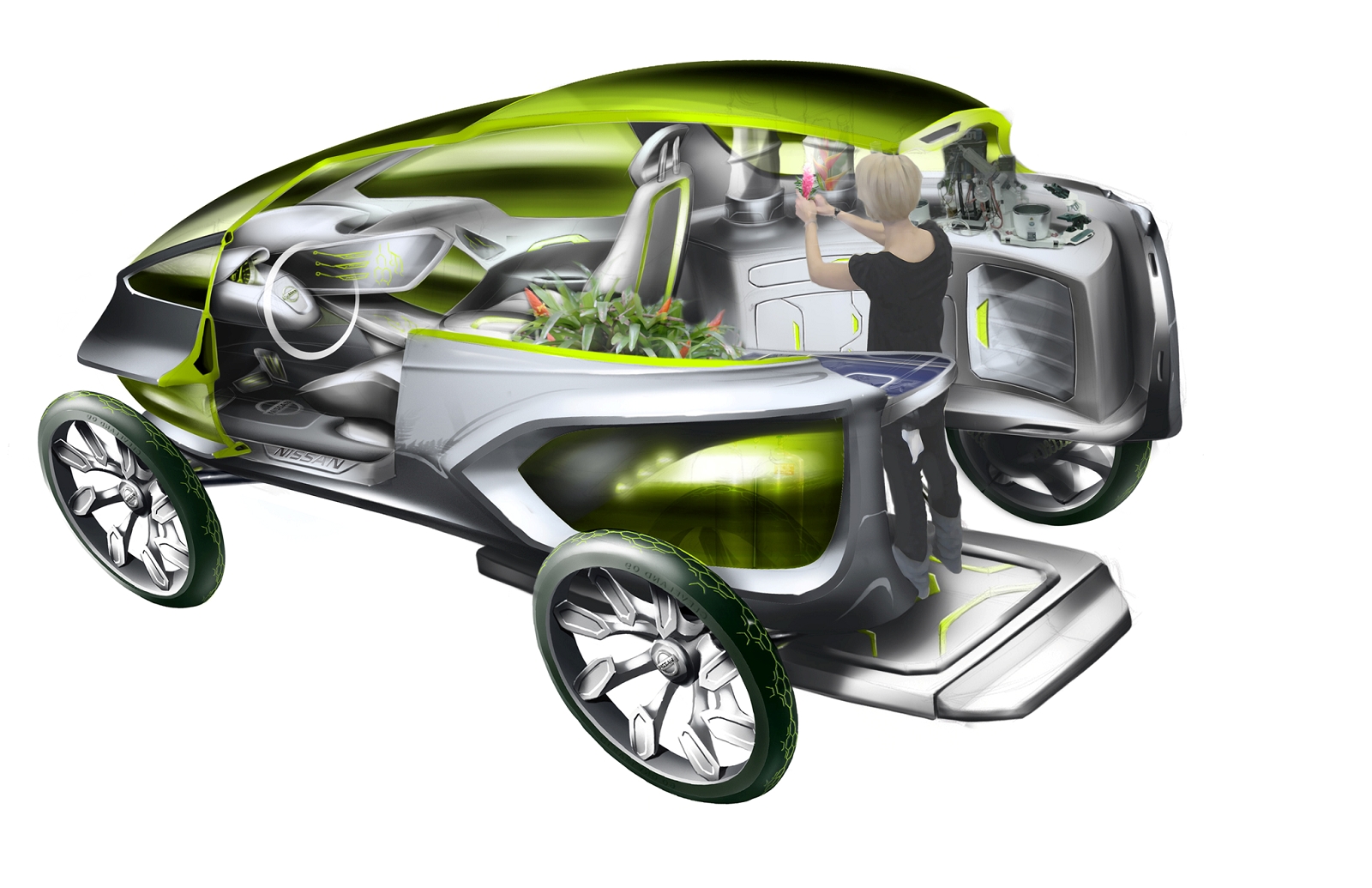 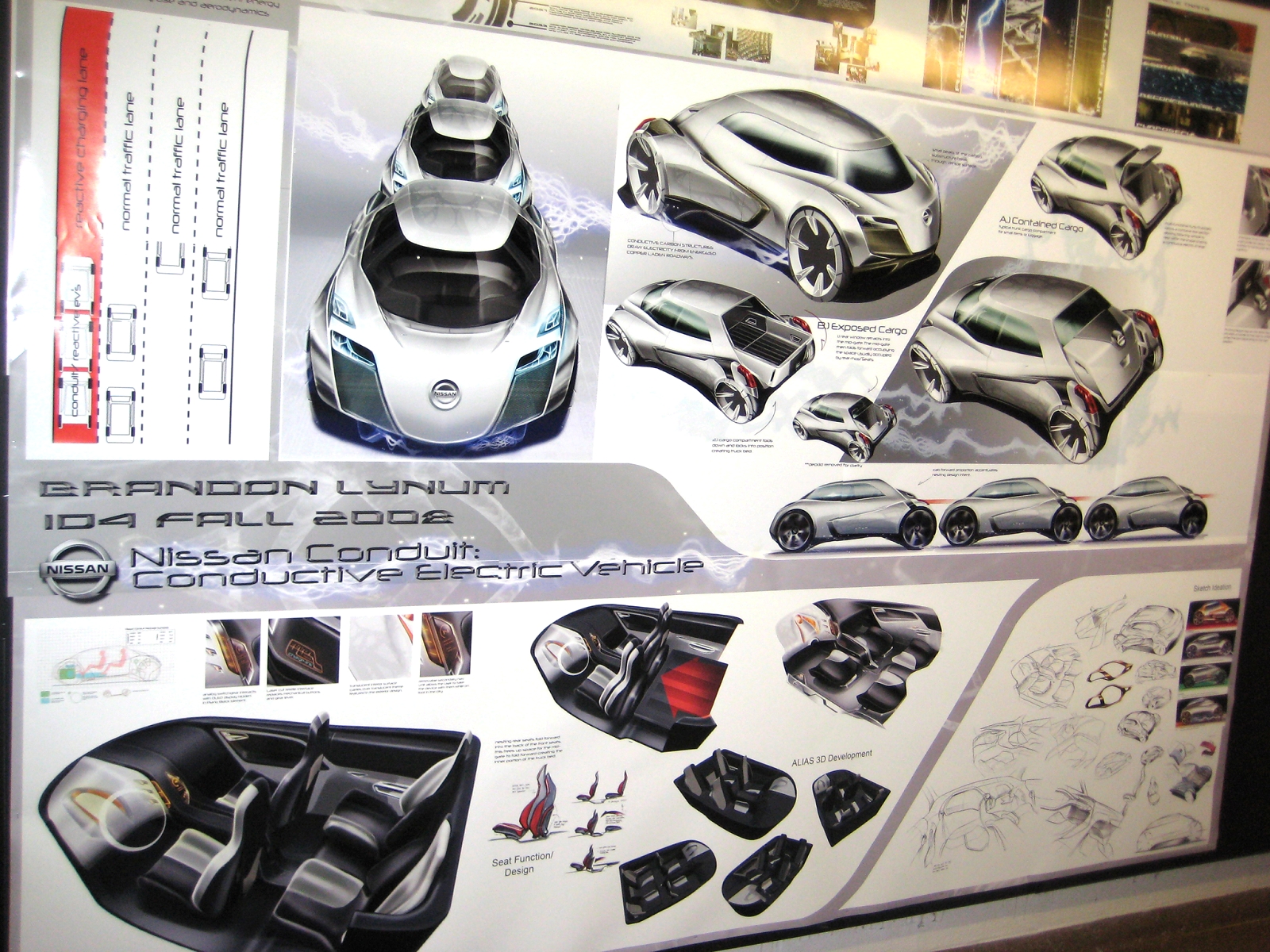 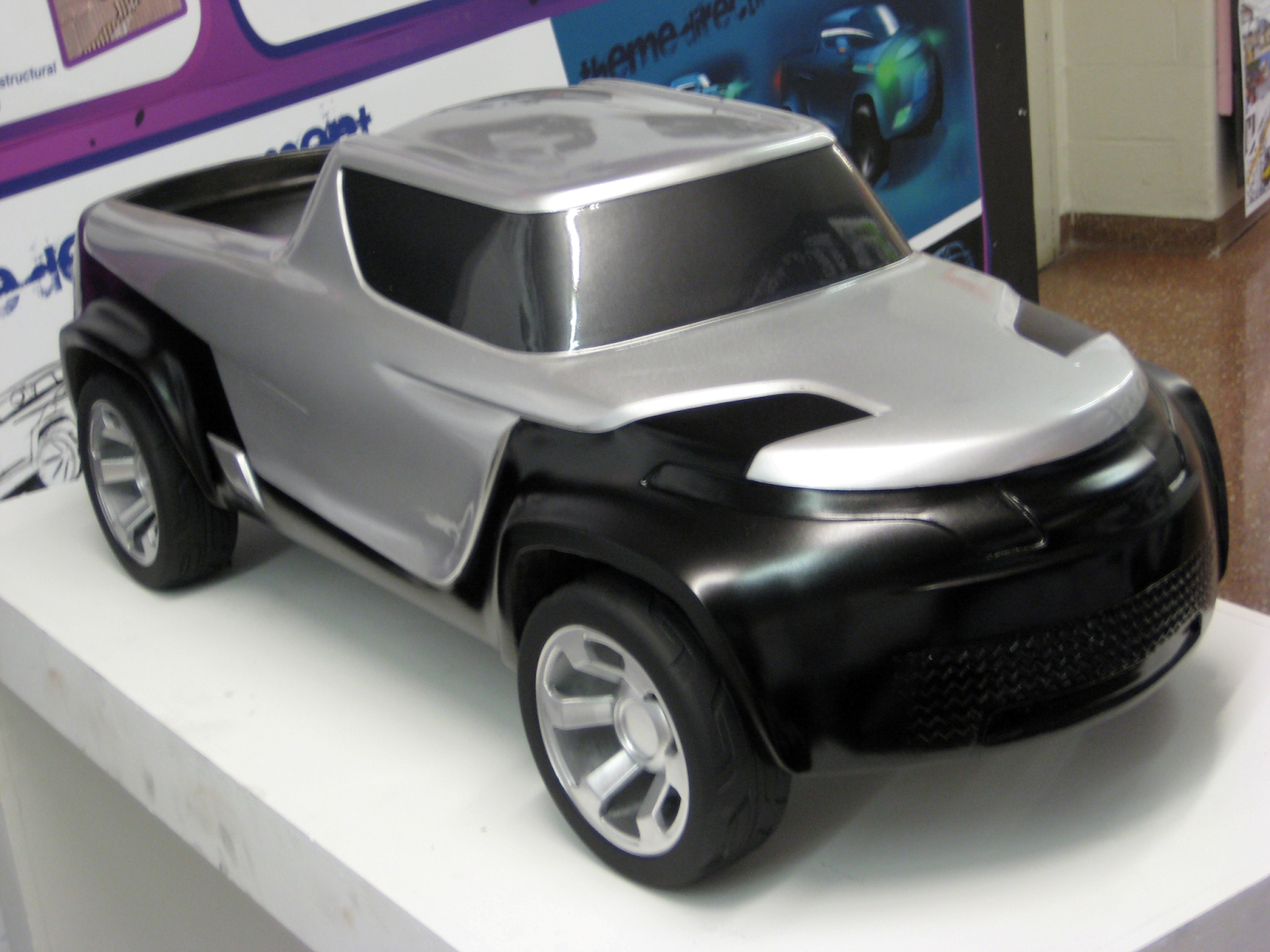 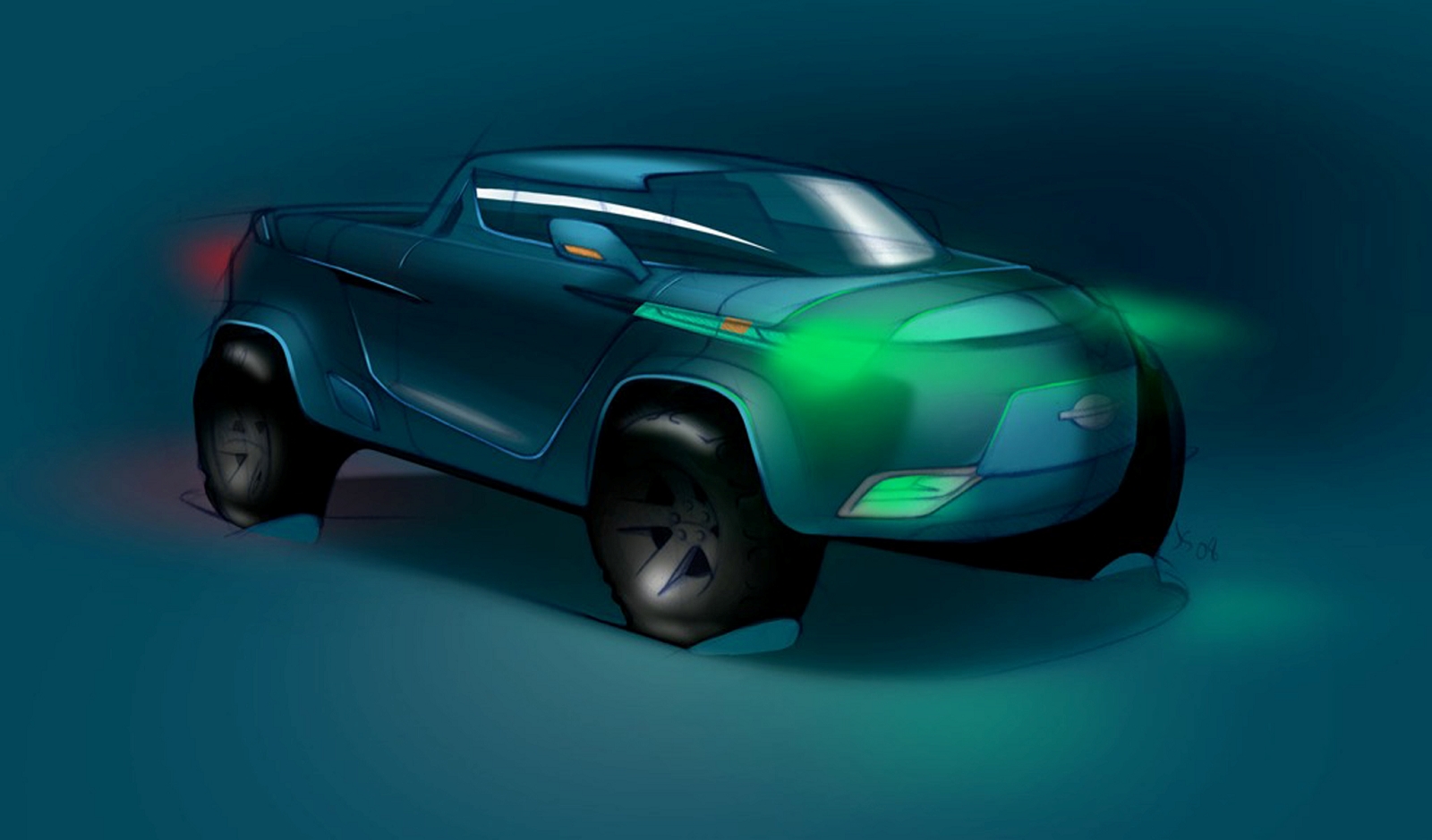 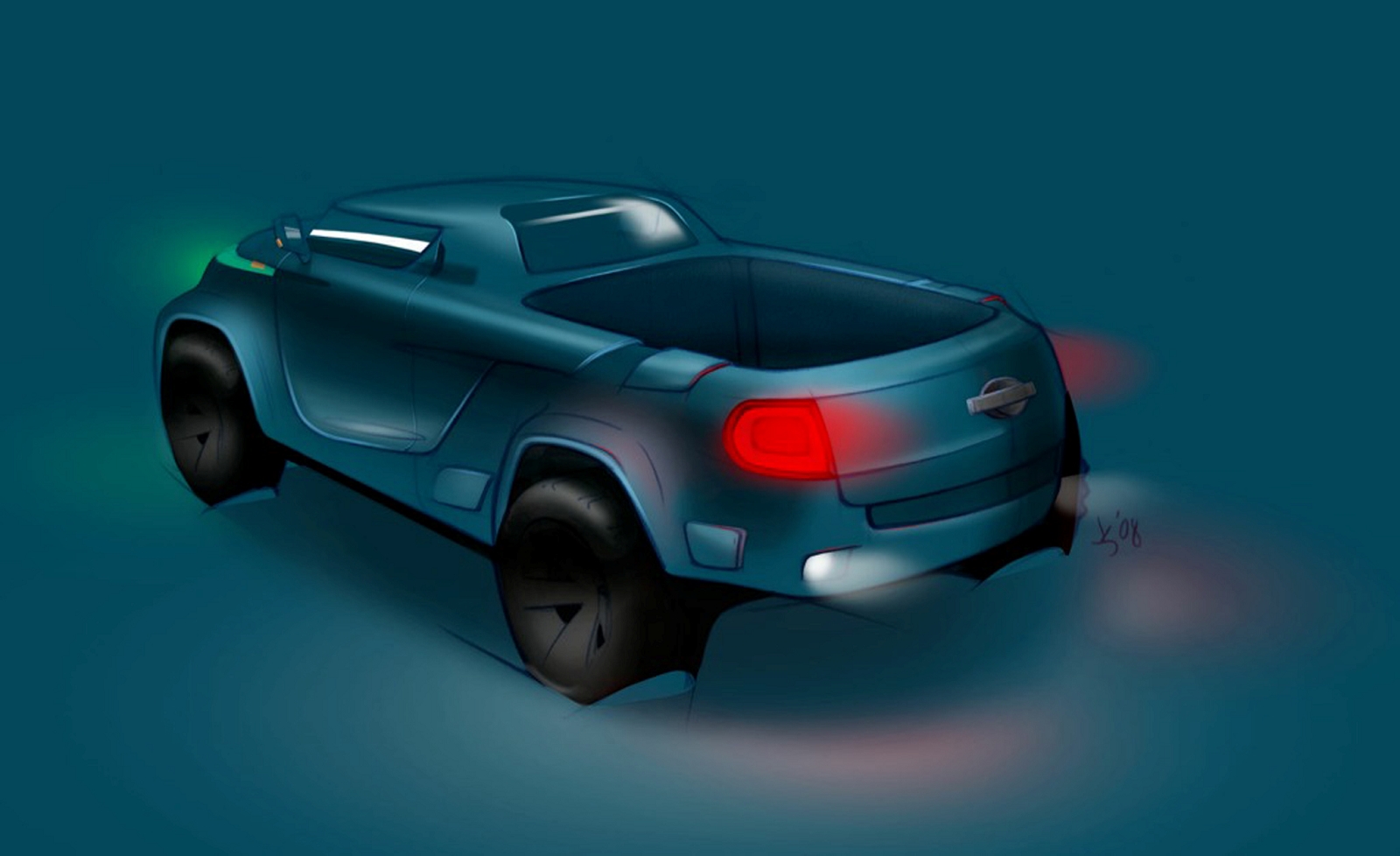 Nissan sponsored a semester-long project for the Cleveland Institute of Art at the end of last year. The project guidelines were to create a 'truck', which was defined as a vehicle that has some form of utility, for the year 2020. While some students decided to create more traditional truck designs, others chose to redefine what utility meant while others created projects that would appeal to very specific niche markets. 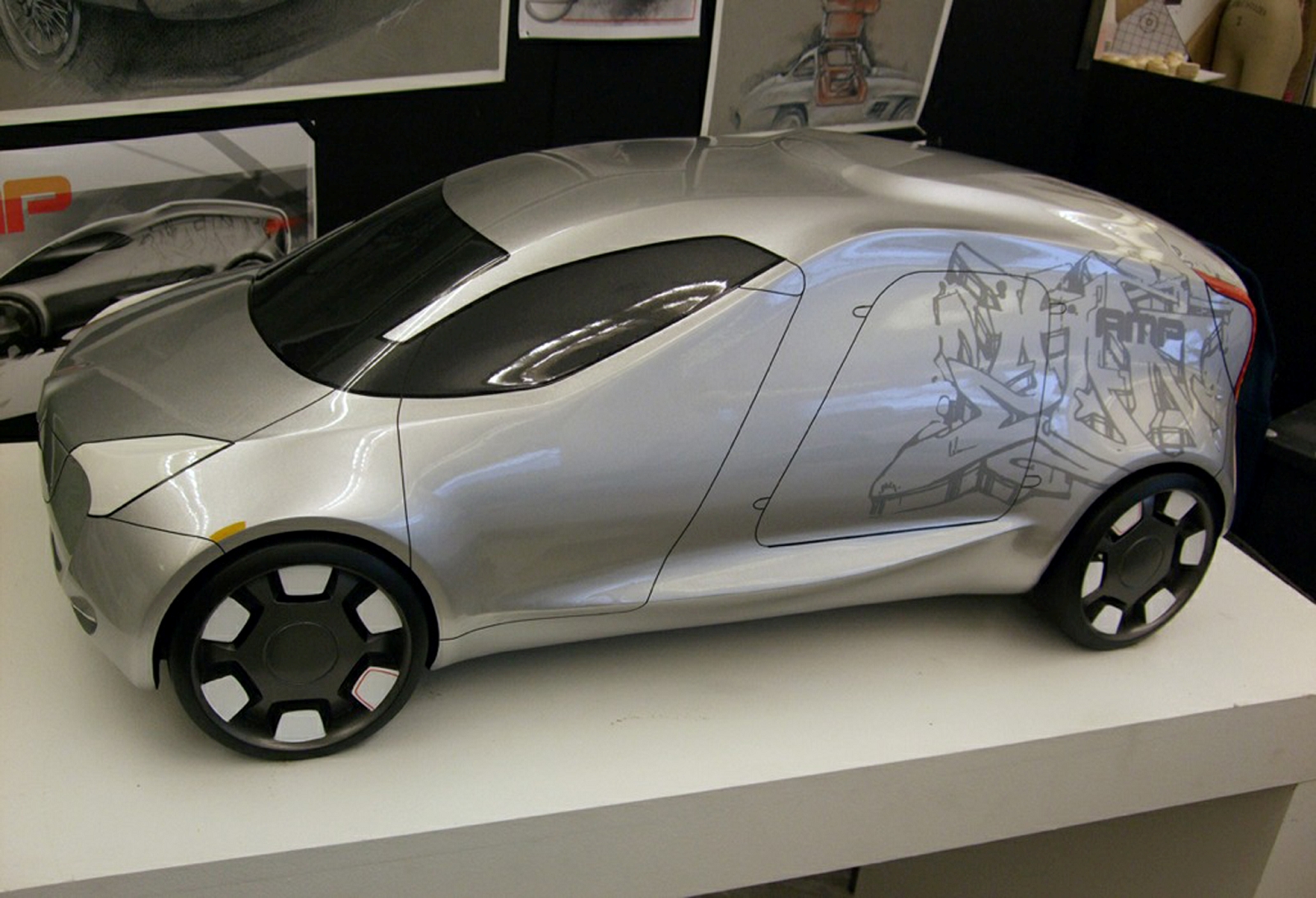 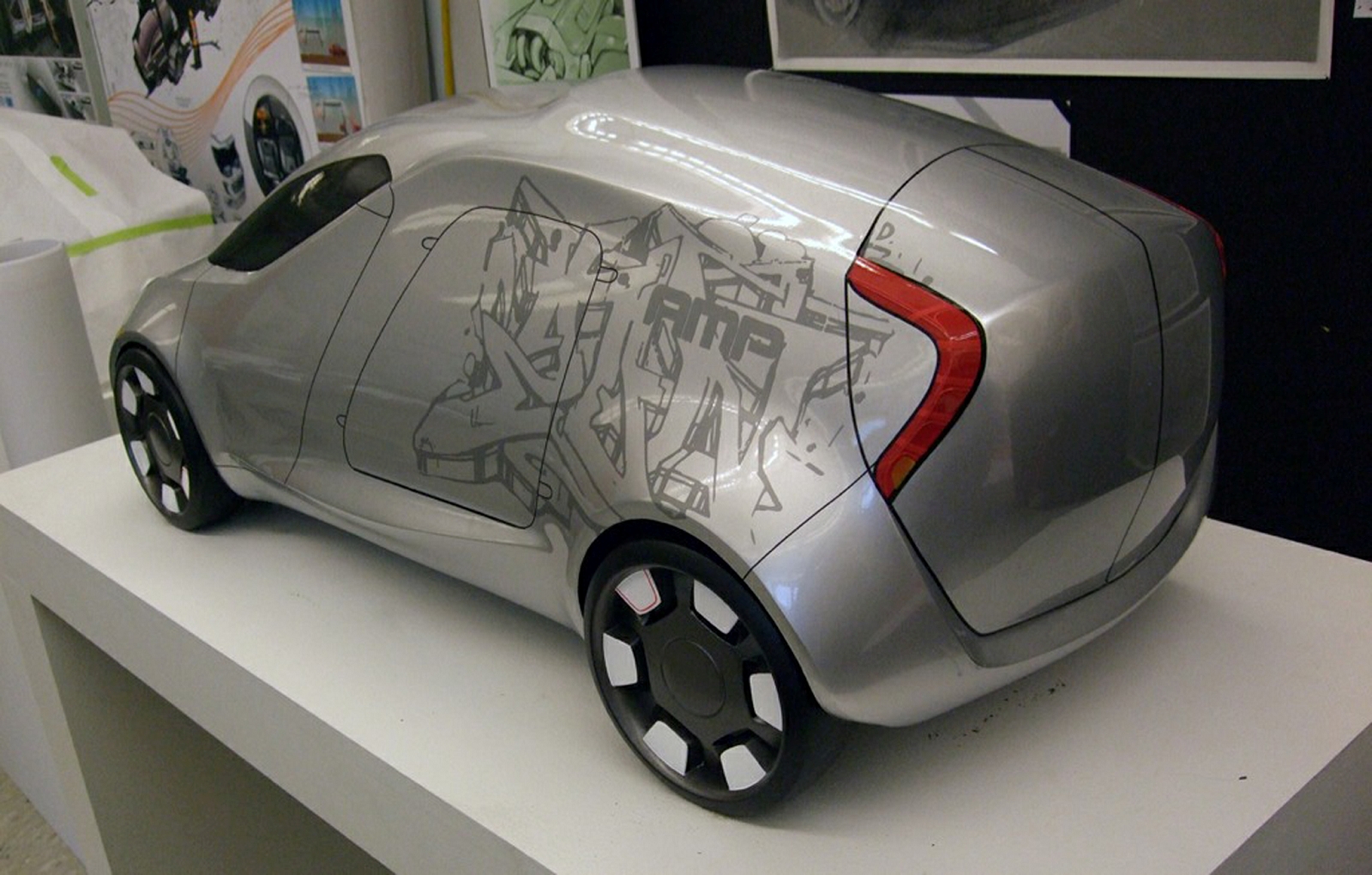 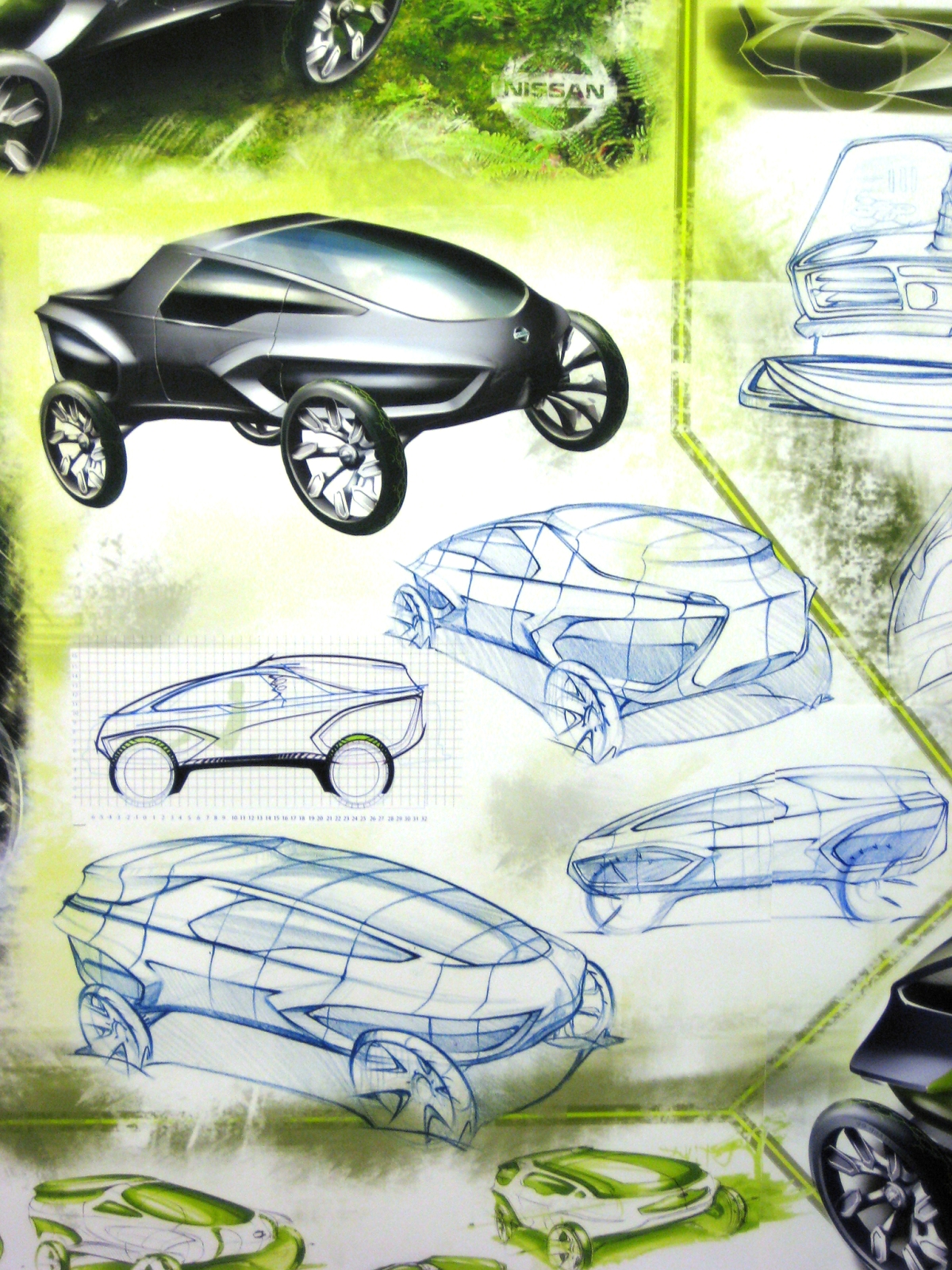 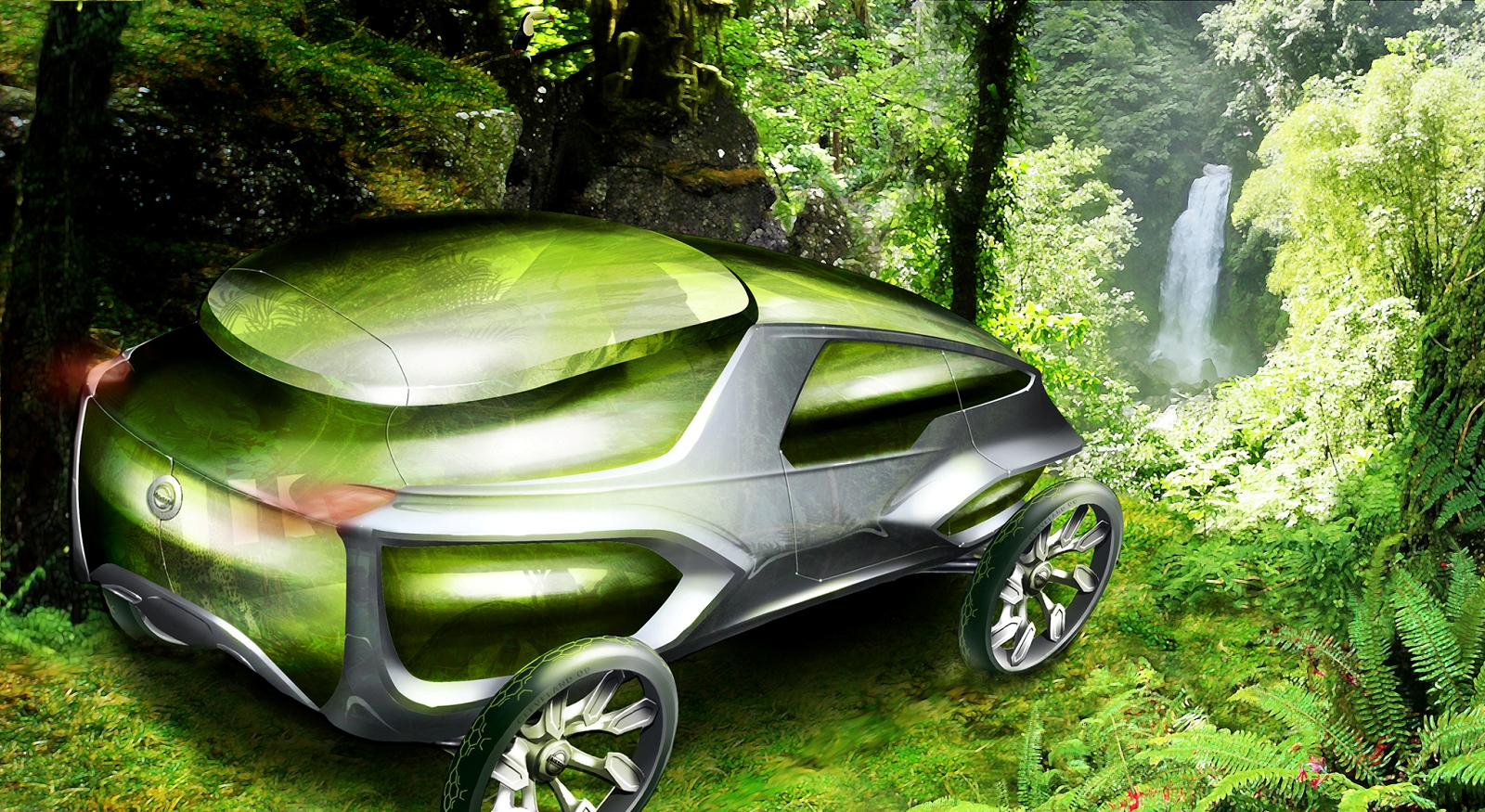 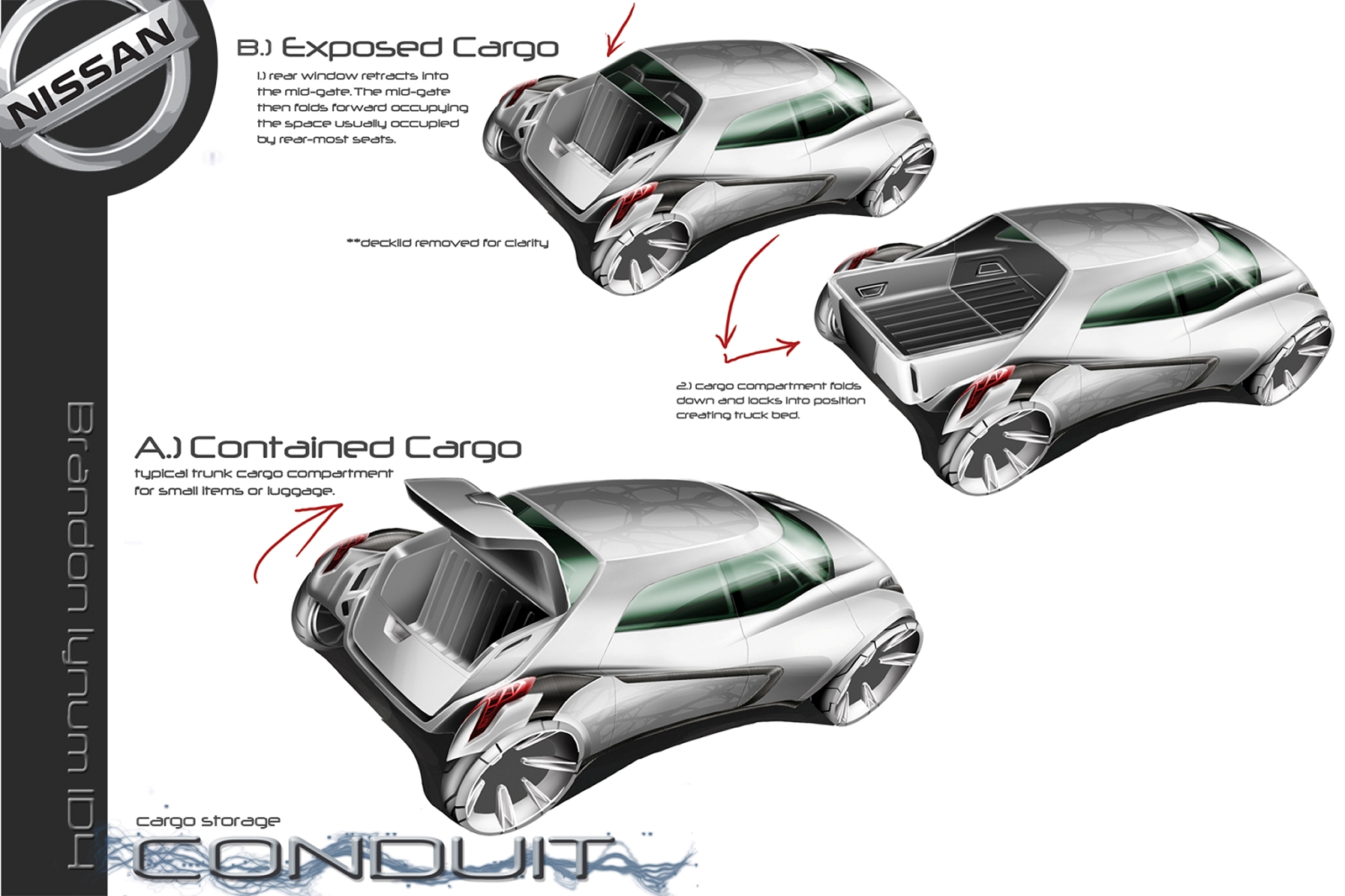 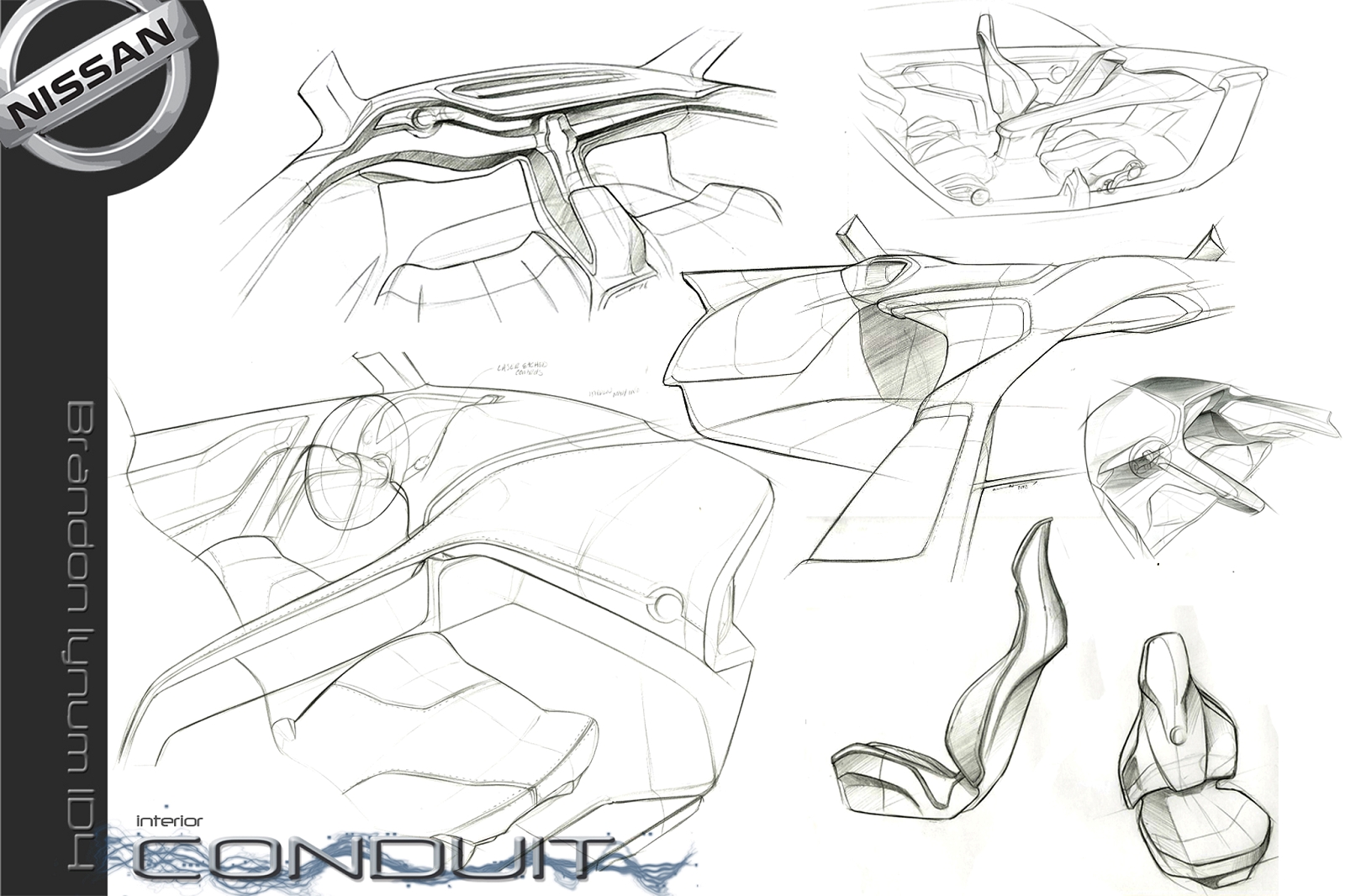 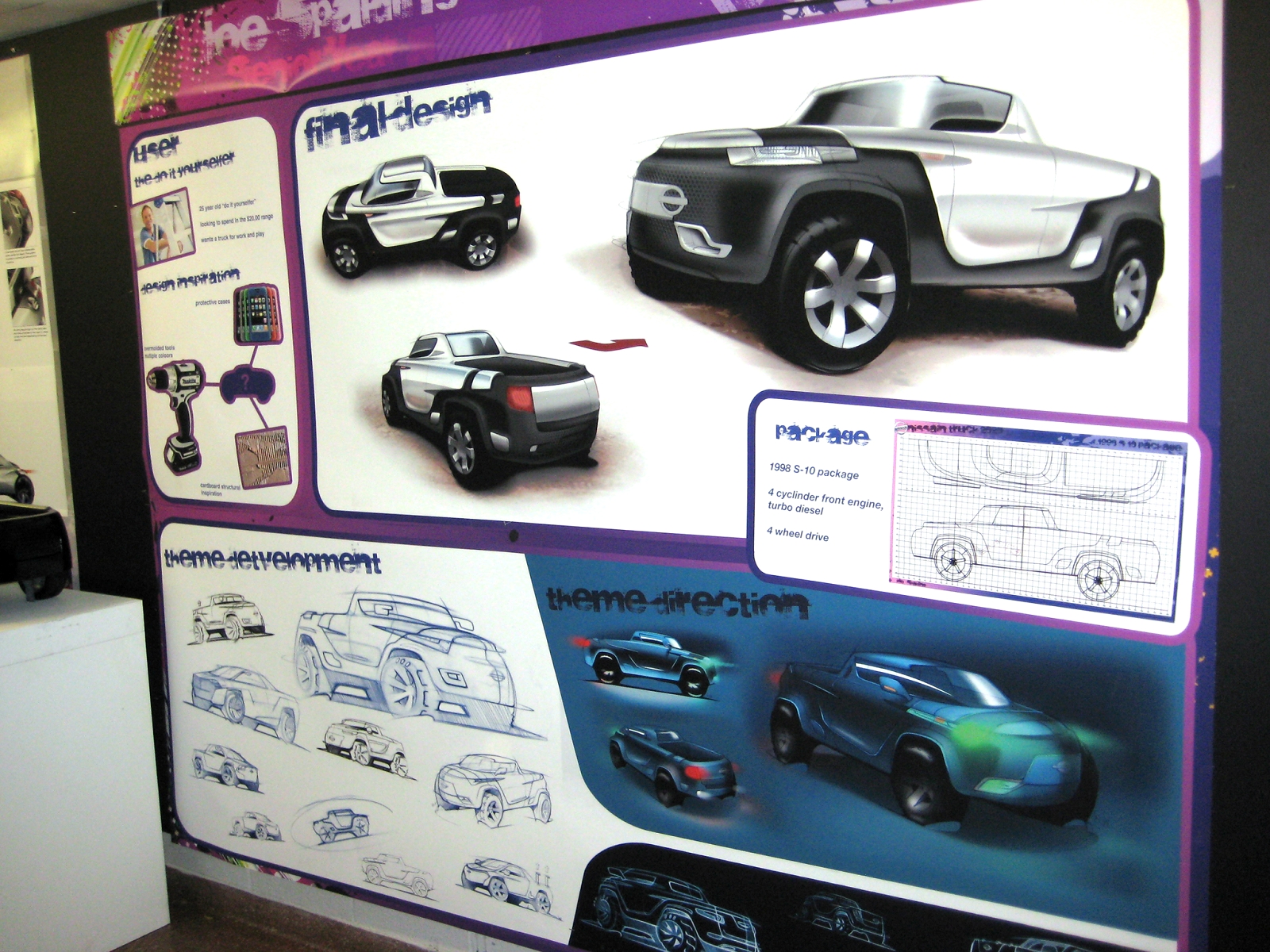 The students began by creating a user; researching what that user does, where these users would likely use their vehicles and what commonly faced problems the future vehicles needed to solve. The final presentation was attended by design managers and designers from Nissan's California and Michigan studios, as well as from Ford, Chrysler, and General Motors. The images from the show come from eight seniors that will be graduating in May of this year.

The Amp concept, developed specifically for band members and musicians, was built to address the issues of space and transport. Cases containing musical equipment are integrated directly into the exterior design and include casters, which act like dollies to make loading and unloading easier. The exterior form language was developed to express the fluid and organic nature of music, taking inspiration from the shape of musical notes. The overall shape is that of a form inside another form - communicating the importance of the cargo, the musical instruments.

The Nissan Biome was designed for an ecologist/biologist who studies rainforest plants in the hope of uncovering the secret to photosynthesis. The vehicle needs to traverse harsh terrain and provide a ‘greenhouse' environment to store plants for research. The tires are large and thin, to conquer any terrain and leave minimal imprints on the environment. Polycarbonate thermoplastic is utilized behind the wheels to facilitate outward vision, while the rear acts as a greenhouse with separate climate chambers for rare plants. The floor of the vehicle lowers to the ground at the rear to allow users to stand while working in the lab.

The Conduit concept is centered on an energy solution that reduces the vehicle's environmental impact. The truck's ultra cab-forward proportions are meant to imply motion, but this also allows for a reconfigurable bed that provides enclosed storage to supplement the traditional open area. Its truncated length also enables efficiency, with vehicles tucking behind the Conduit to reduce aerodynamic drag. It is powered by an electric charge set via a conductive chassis, which allows it to take electricity from a copper-laden roadway.

Designed for the weekend warrior, the Nissan DIY (do-it-yourself) truck features an exterior divided into two sections: a traditional painted area, and an area covered by a soft-touch material to help prevent dents and scratches. This soft area, which has been stamped with a pattern to add a sense of rigidity, adds an interesting aesthetic to both the front and rear. Colored panels within the area act as drawers for storage while doubling as a step to aid loading.