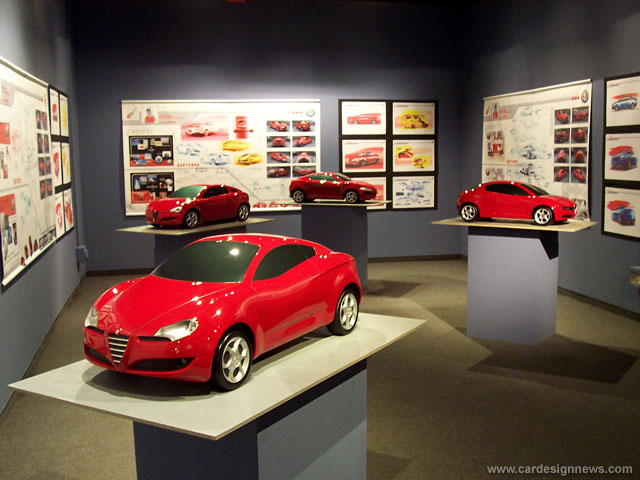 Exhibition at the Automobile Museum of Turin.. Click for larger images 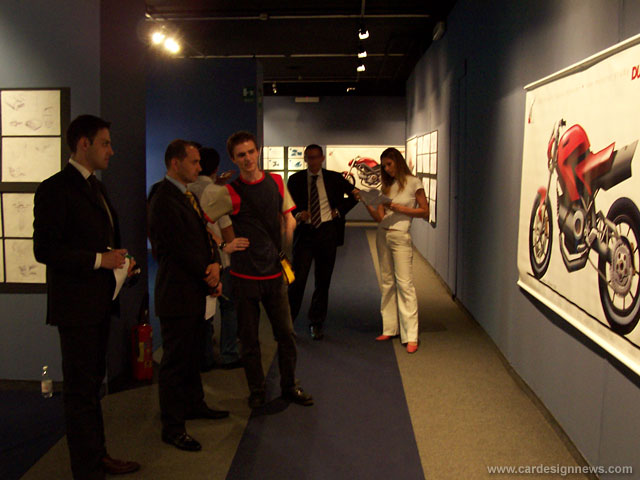 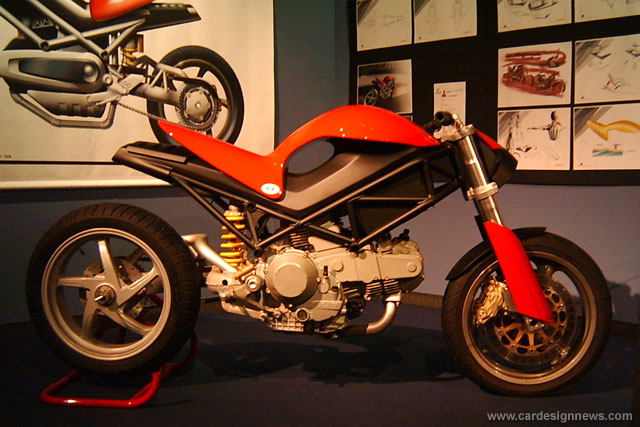 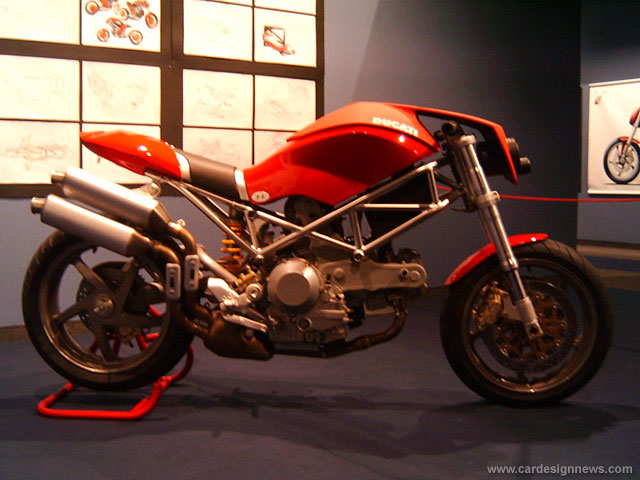 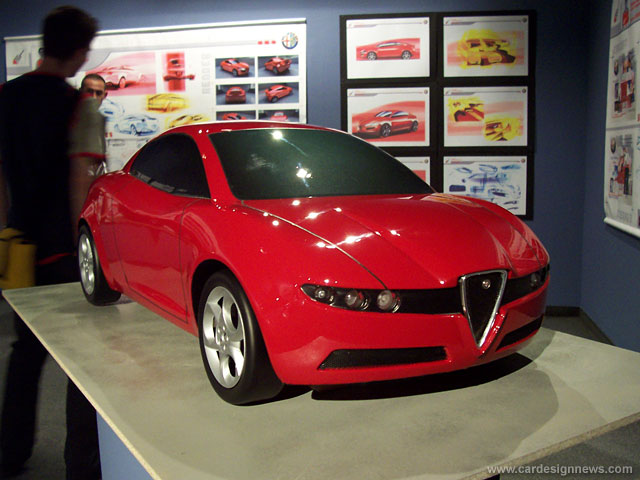 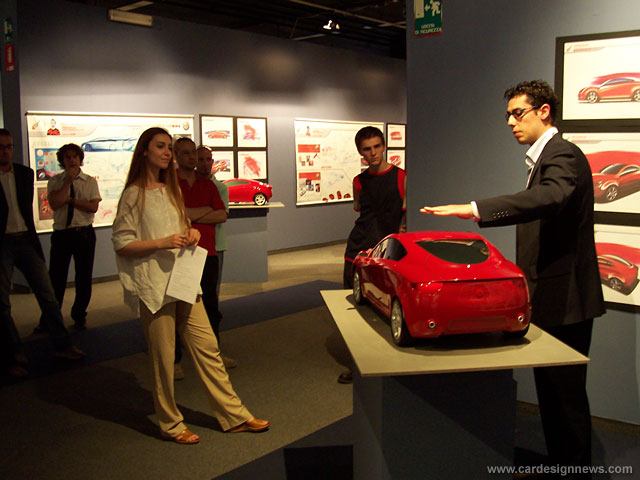 Alberto Formento
Demonstrating the development of new concepts for Alfa Romeo and Ducati, the Automobile Museum of Turin, Italy, has been hosting an exhibition entitled 'Italian Sportivity: The New Generation'. The work was produced by Transport Design students from Turin's Institute of Applied Arts and Design (IAAD).

Working with designers from both companies, IAAD students were given a pair of options to chose from: two wheels or four; Ducati or Alfa Romeo. Ducati offered the opportunity to tackle the Monster, the marque's 'naked' motorcycle, and follow one of two paths: conservative restyling or to consider a more futuristic version. 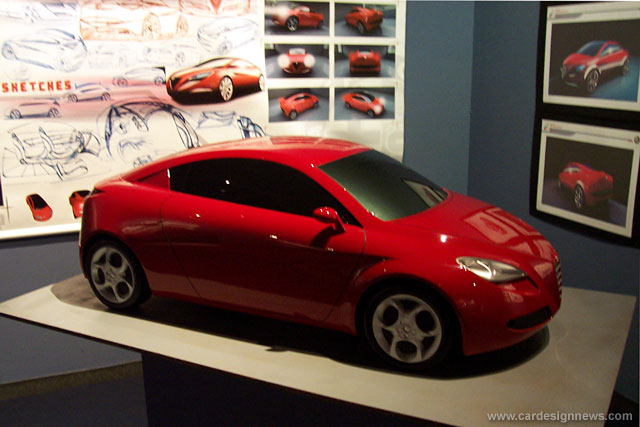 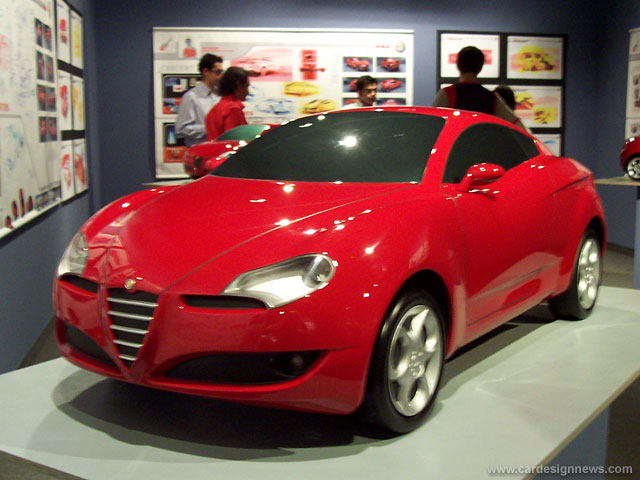 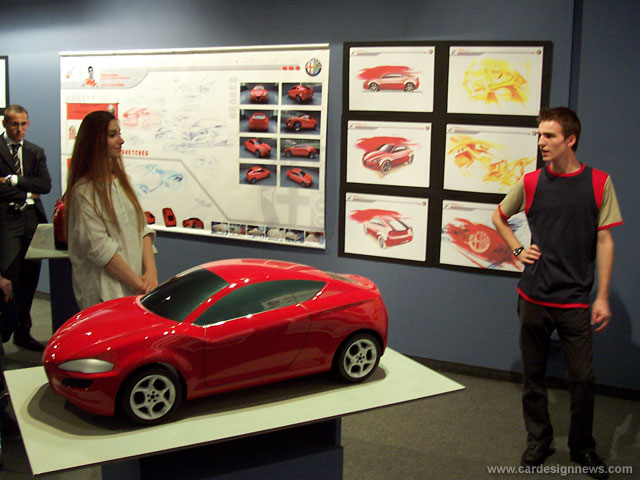 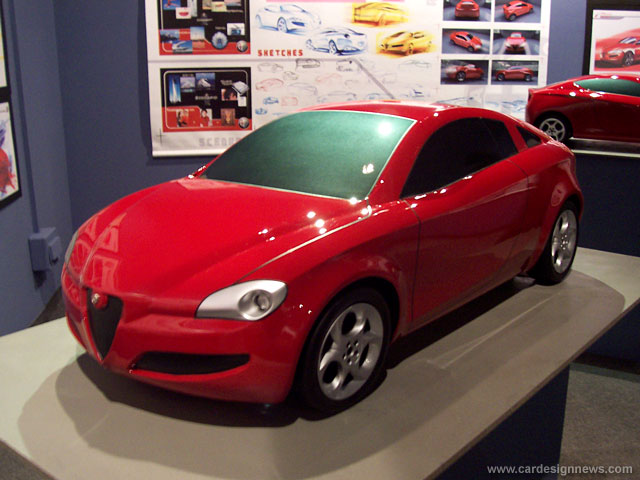 Alternatively, Alfa Romeo obliged Orwell's 'four wheels good, two wheels bad' [sic] mantra, contending Ducati's brief with the task of creating a new coupe for the B-segment instead. The brief asked for modern reinterpretations of past Alfa Romeos: sixties swinger, the GT Junior, and the 8C from the thirties.

Students collaborated with modellers from Ergomodel for the quadrupeds and Modelclay for the bipeds, who produced impressive models at 1:4 and 1:1 scales respectively.

Most proposals followed the 'conservative restyling' route. The motorbike models were accompanied by large illustrations that added to the impact of the presentations. The bikes remained true to the original Monster, exposing their guts and bones, while the cars displayed new graphics around familiar proportions, and avoided carrying any excess nostalgic baggage.

The maturity of the presentations demonstrates the benefits of students stepping outside a college to more closely work with industry.