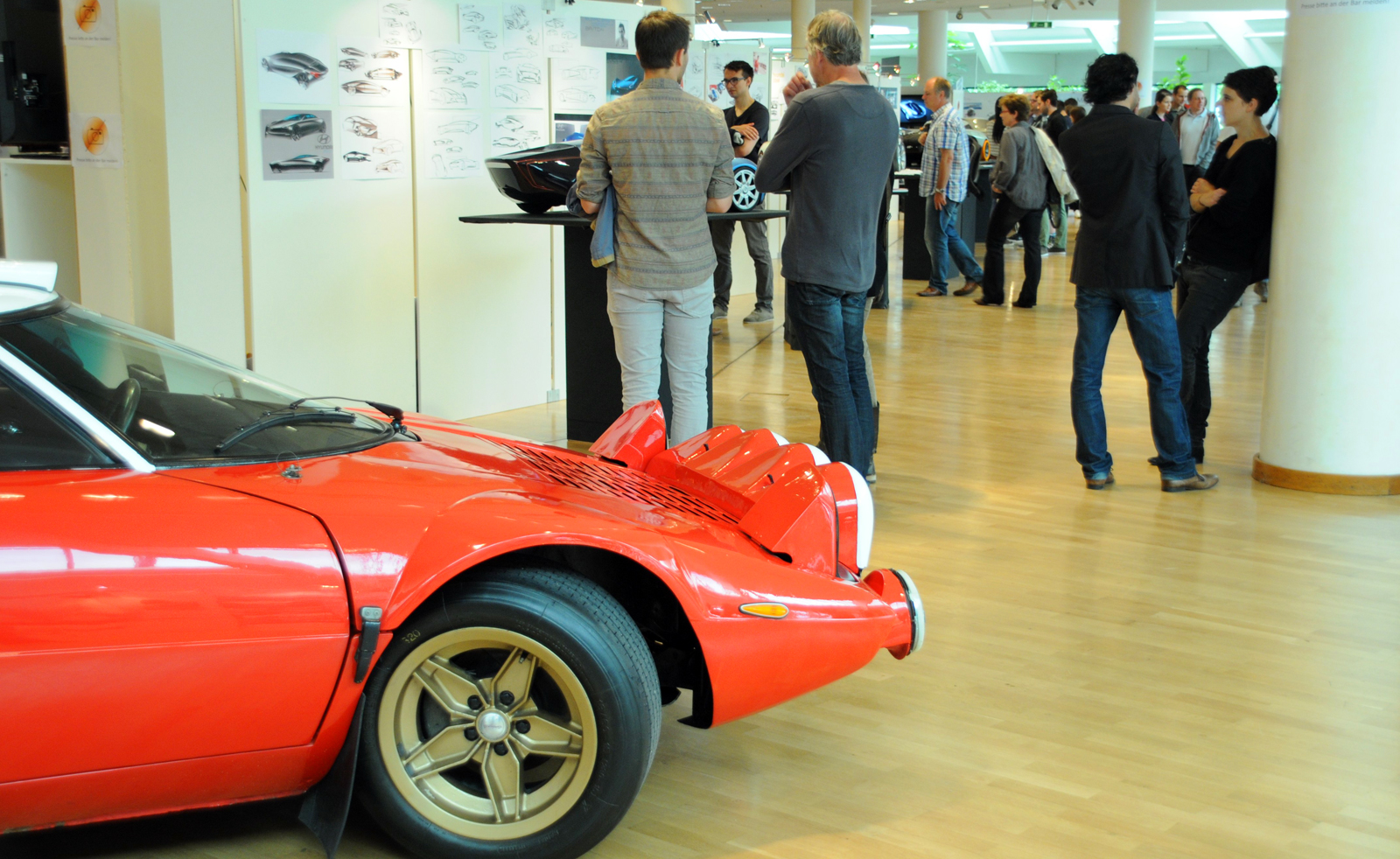 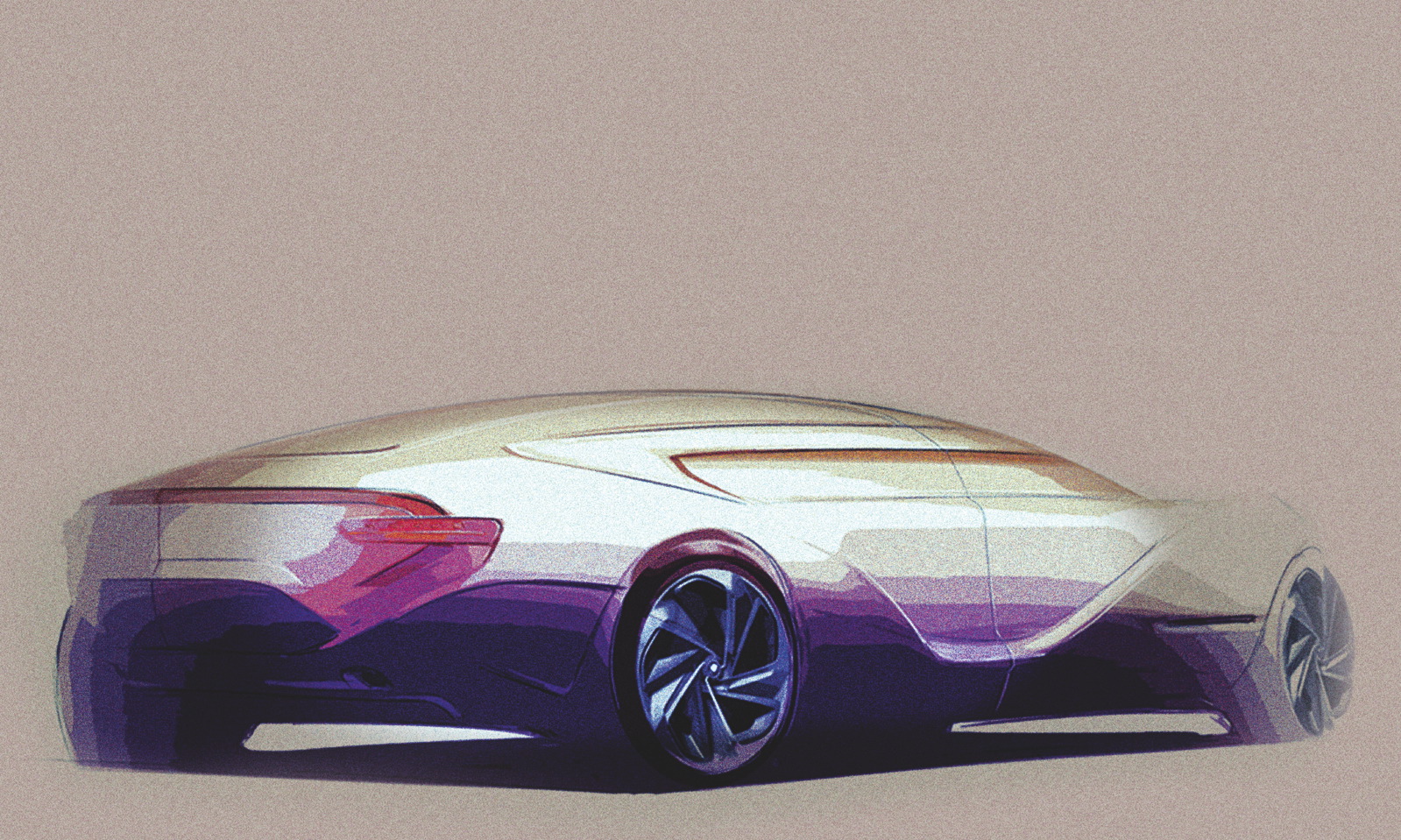 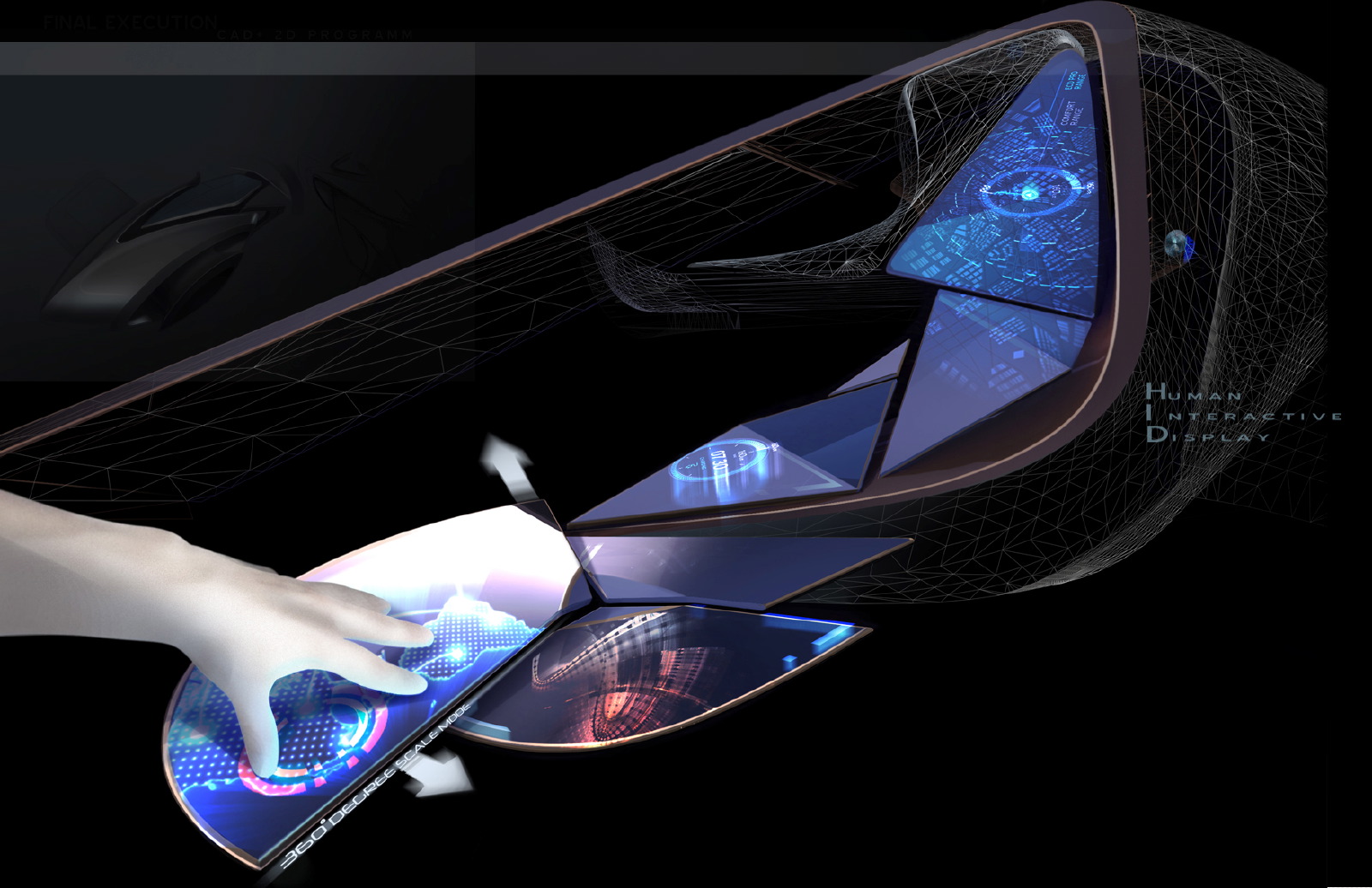 A selection of work (above and below) from students outside the featured Thesis projects. See the gallery links on the right to see all students' work&gt;&gt; 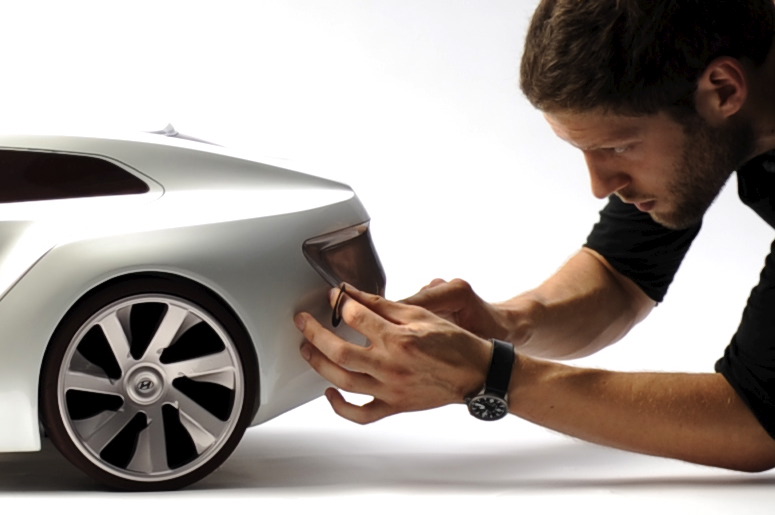 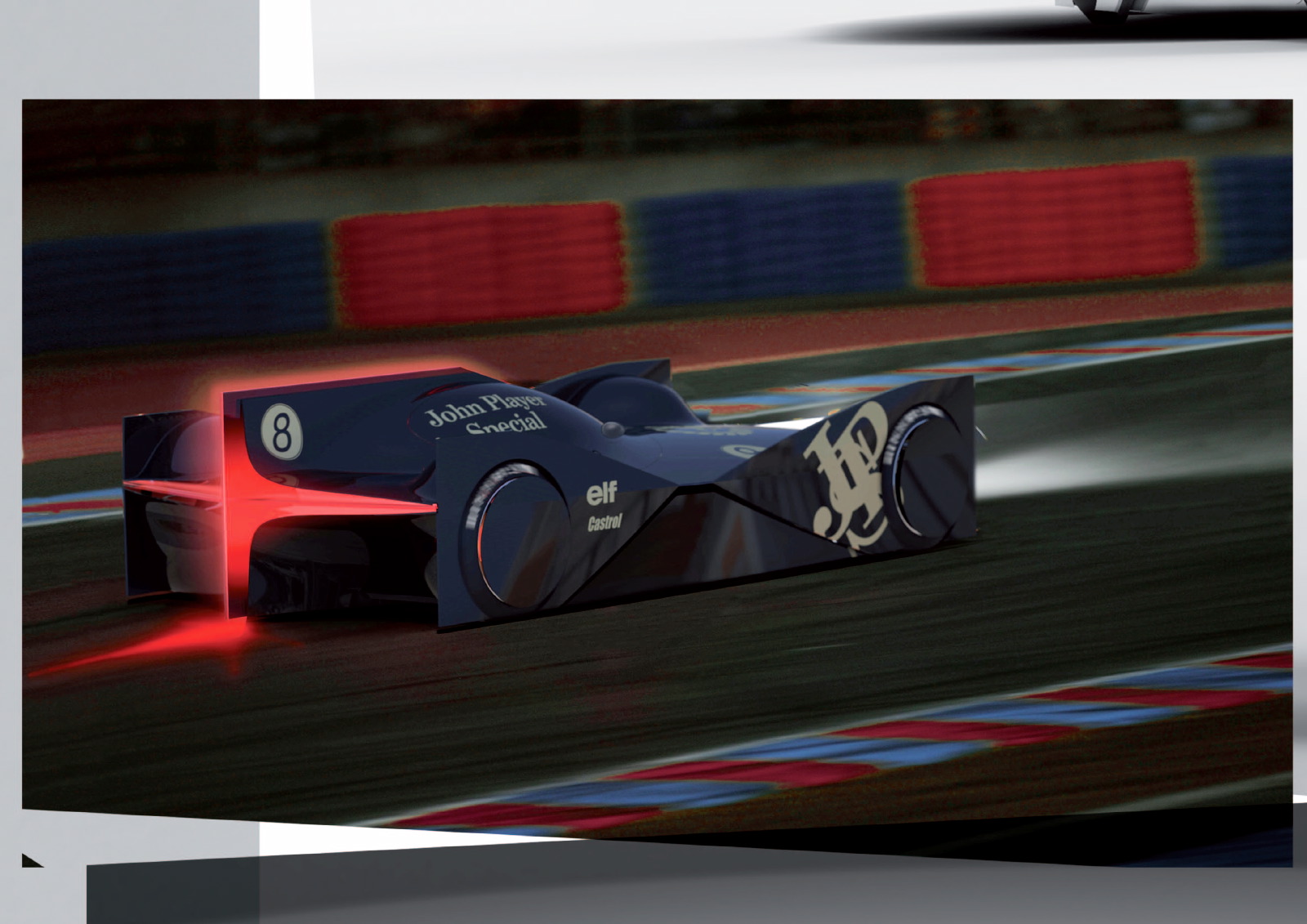 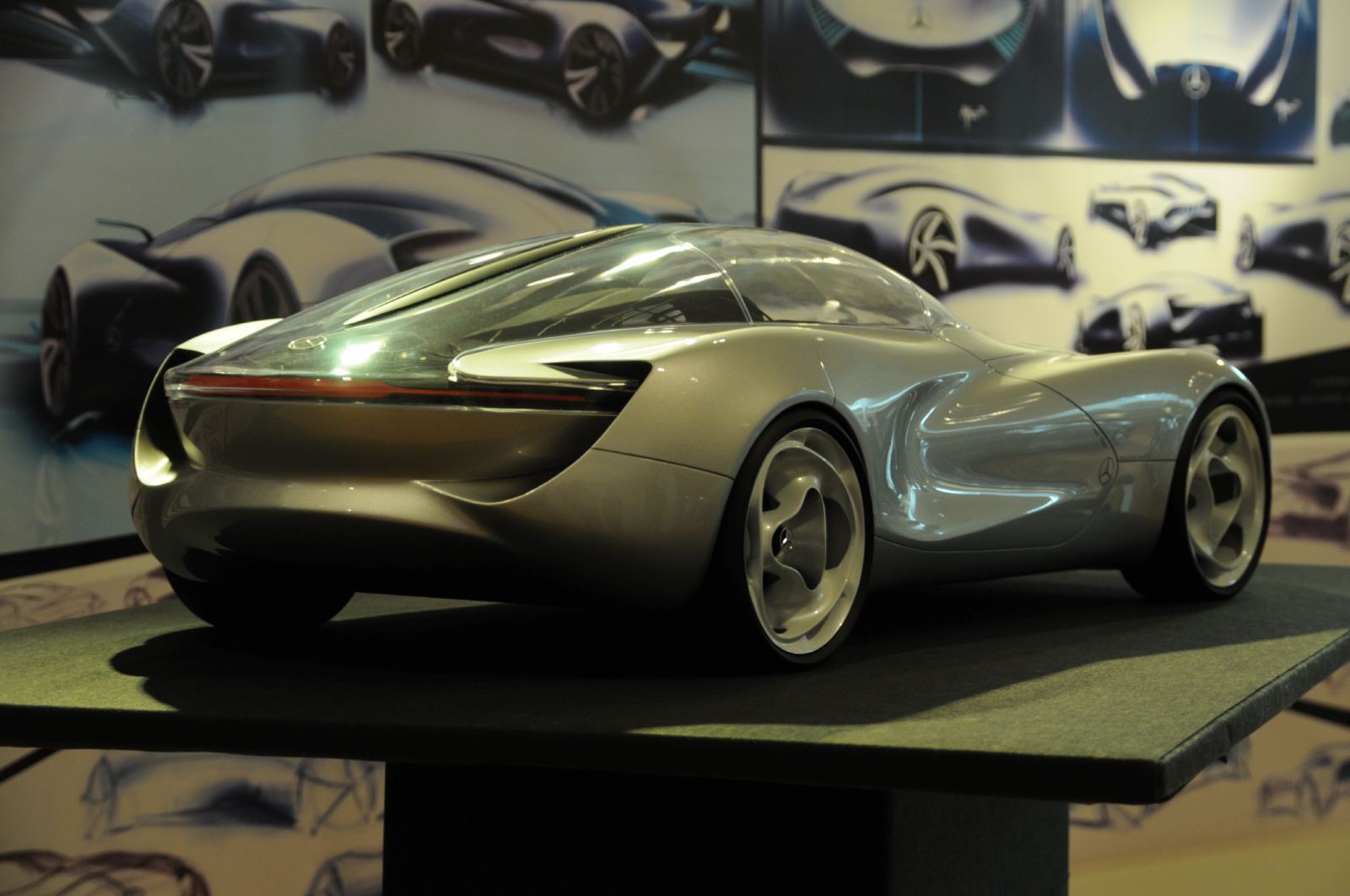 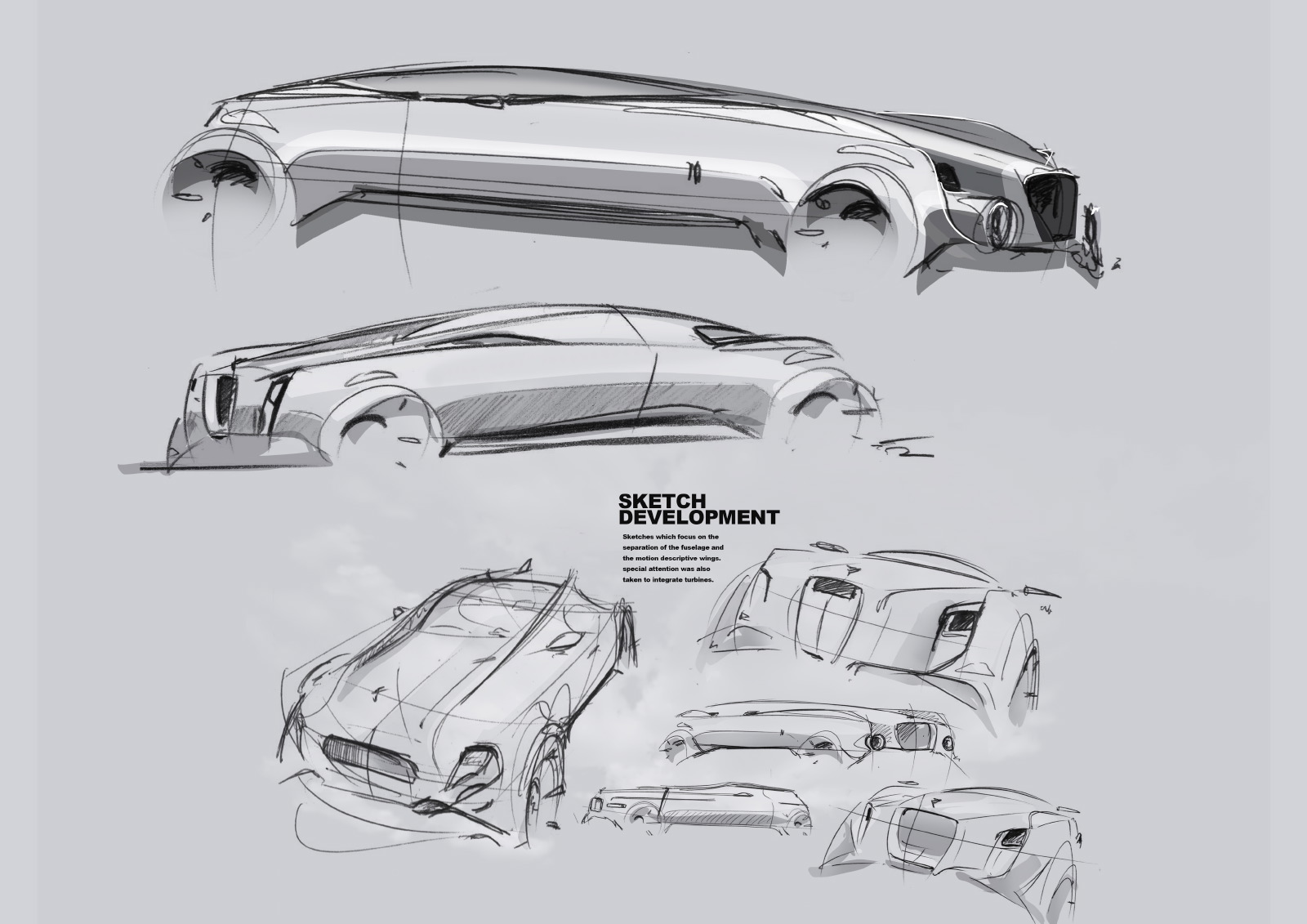 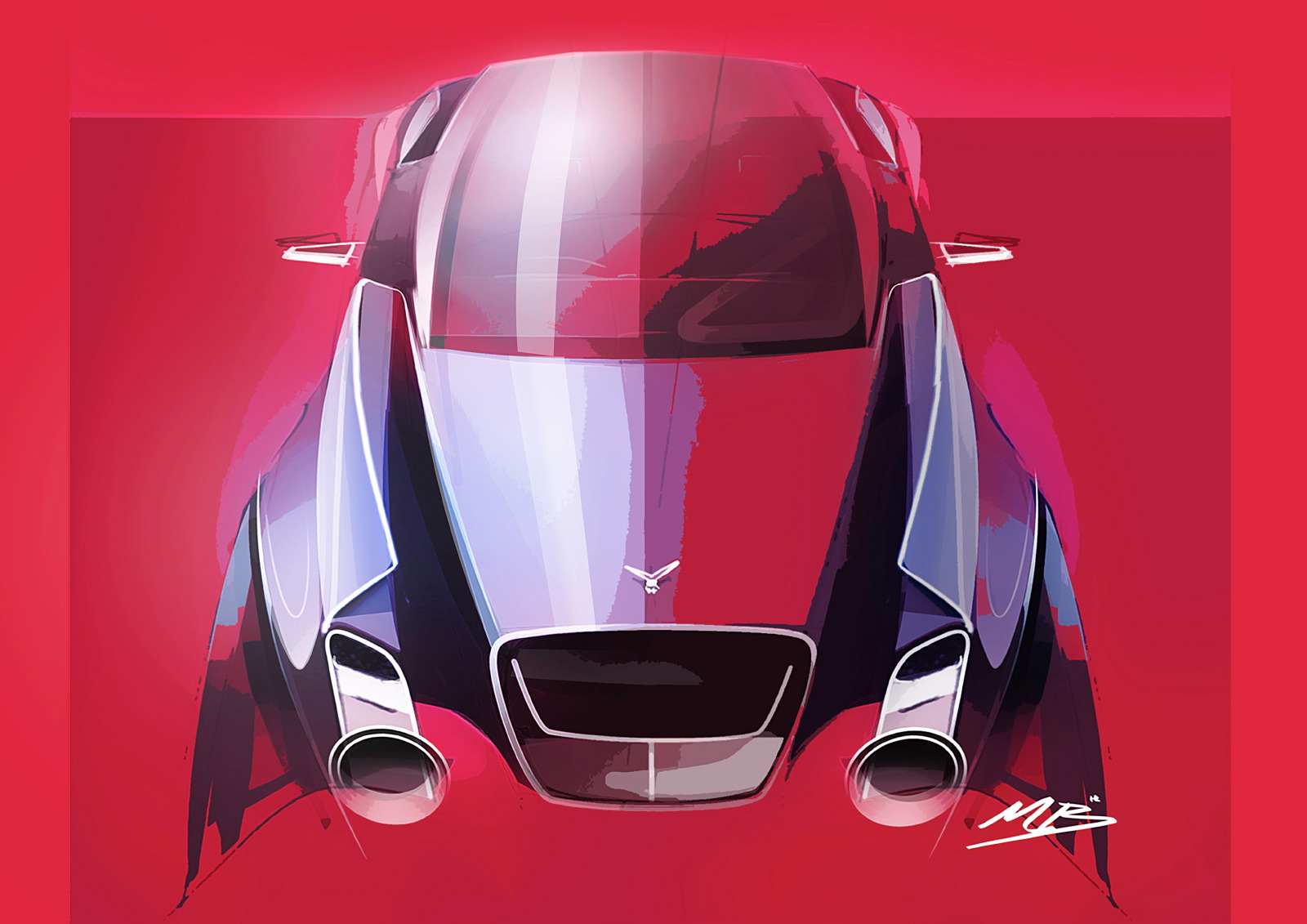 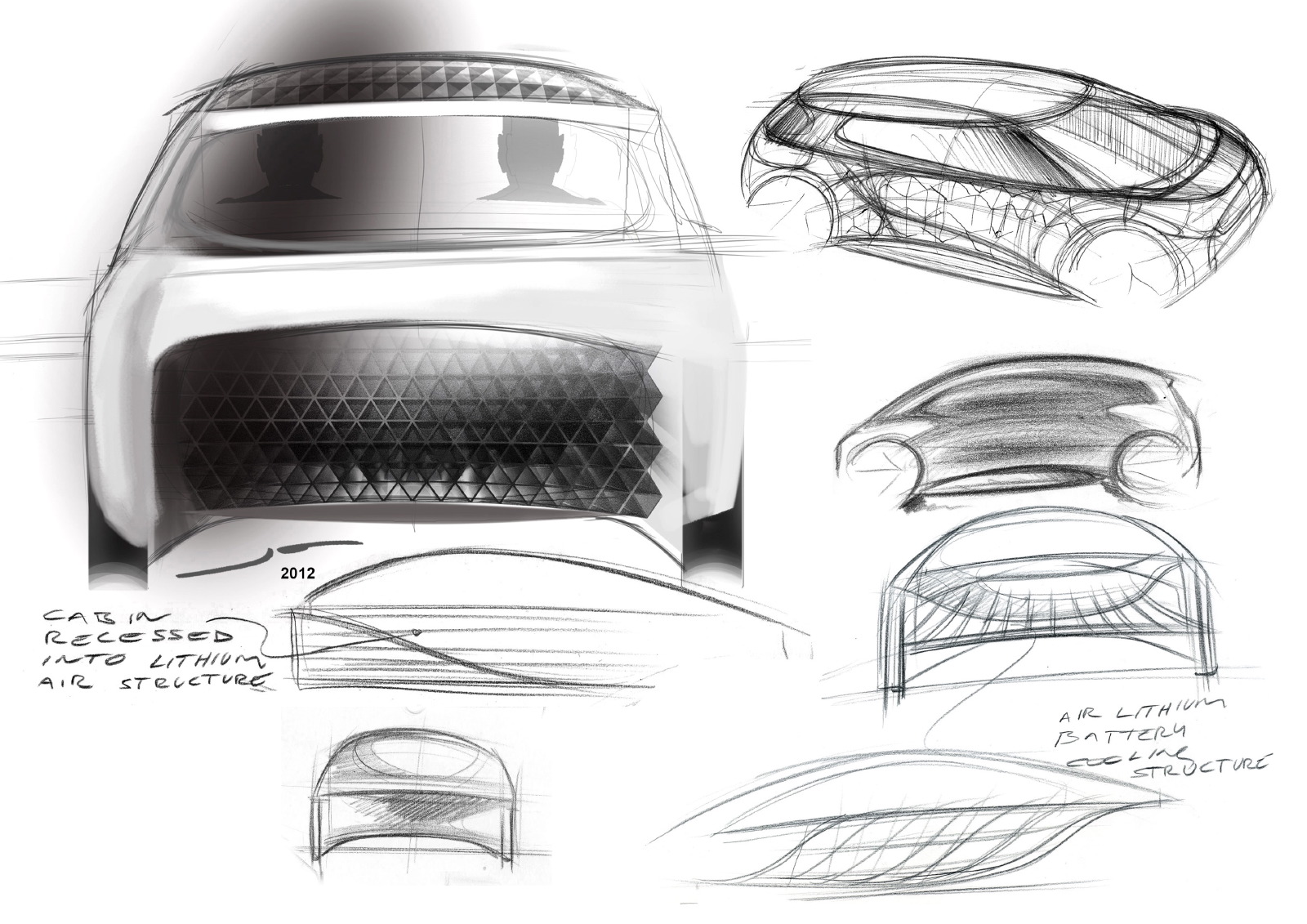 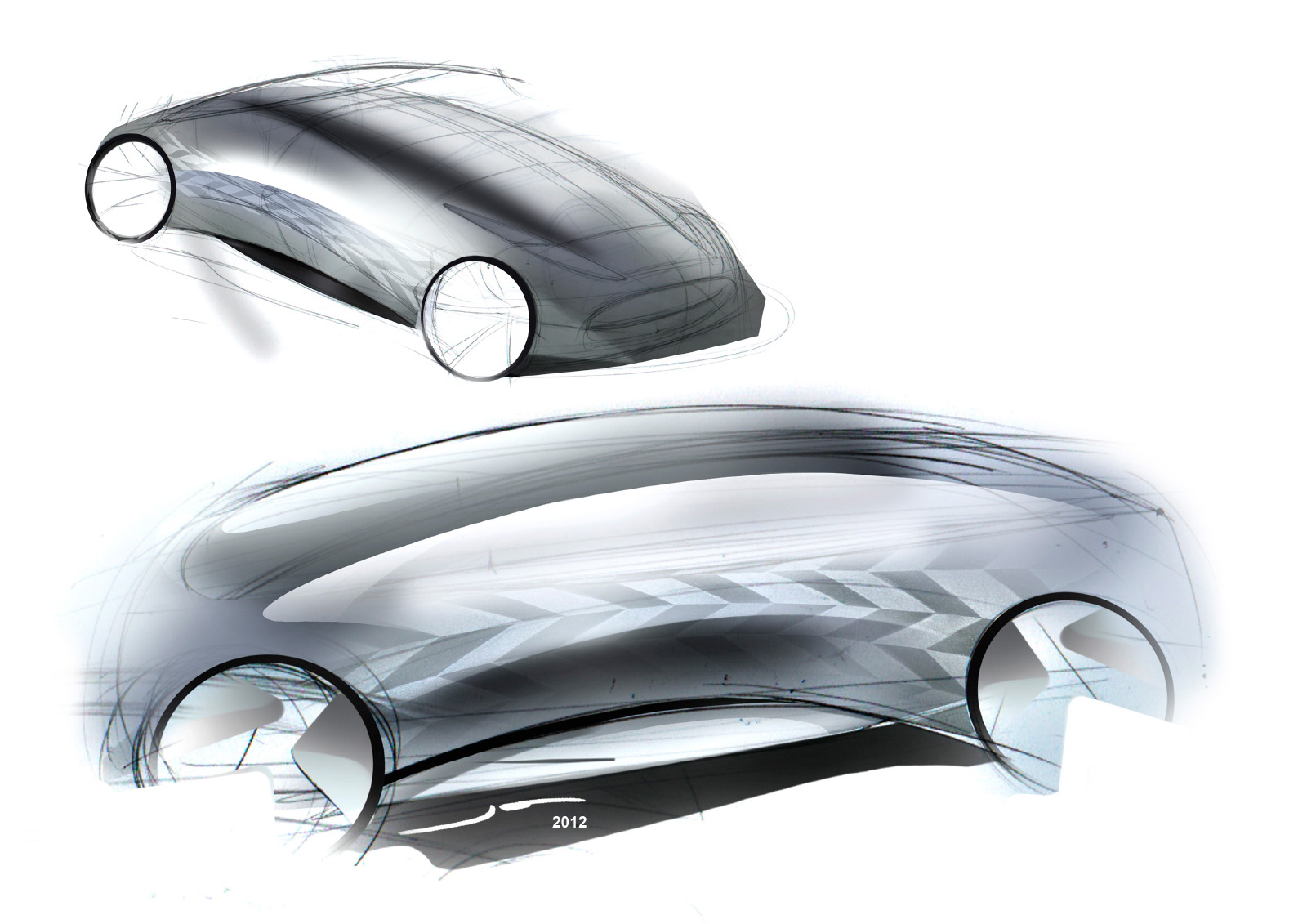 The design world's attention was focused on Pforzheim last weekend, where the transportation design students exhibited last semester's renderings and models including two master thesis and seven bachelor thesis projects. Competing for the attention of the visitors were a historic Lancia Stratos rally car, and the Hyundai HED-7 concept.

While we focus on the graduating Thesis students (both Bachelors and Masters), we have produced galleries of each displaying year group in order to showcase the up-and-coming talent, given the high standard and impressive projects on display:

This project is Allen's idea of a Mercedes-Benz SL replacement, with a slightly increased wheelbase. "A Mercedes should not be characterised by angular lines, but the shape should be derived from movement," he says. The front end of the sports car is classic and very clean, with a subtle crease in the front hood to break up the volume. The brand logo on the flanks is touch-sensitive and triggers the large gullwing doors. No metal parts appear on the roof, but a long, vertical element creates a split-window effect at the rear. The spiderweb-like cords behind the headrests are there for aesthetic purposes, just like the wheel design, which is derived from a minimal surface discovered by the mathematician Celso Costa.

"Floating on air" is Matthew David Baggley's proposal to enhance the experience of being driven in a Rolls-Royce. Employing a hydrofoil concept, Baggley came up with a pressurized air system that lifts the cabin completely off the road. Two gas turbines at the front provide thrust to raise the cabin and as speed increases, so does the aerodynamic lift. The concept is electrically powered and so doesn't need a conventional hood. The wheel hub motors are visible through transparent covers. The front grille is a modern interpretation of the classic Rolls-Royce design while the "Spirit of Ecstasy" figurine is positioned at a particularly aggressive angle.

Jon Westerberg aimed to create an authentic vehicle for today and the coming future, combining both the emotion of driving, people's values and needs as well as being conscious of the natural world. He went about developing a 2+2 seats vehicle exterior, with a two-layer design solution. The clear-skinned outer layer, emphasizing low friction and purely functional aesthetic features, carries a perceived aerodynamic character, while the second inner layer will be the protective structure, visible through the first layer. This conveys an open protected appearance.