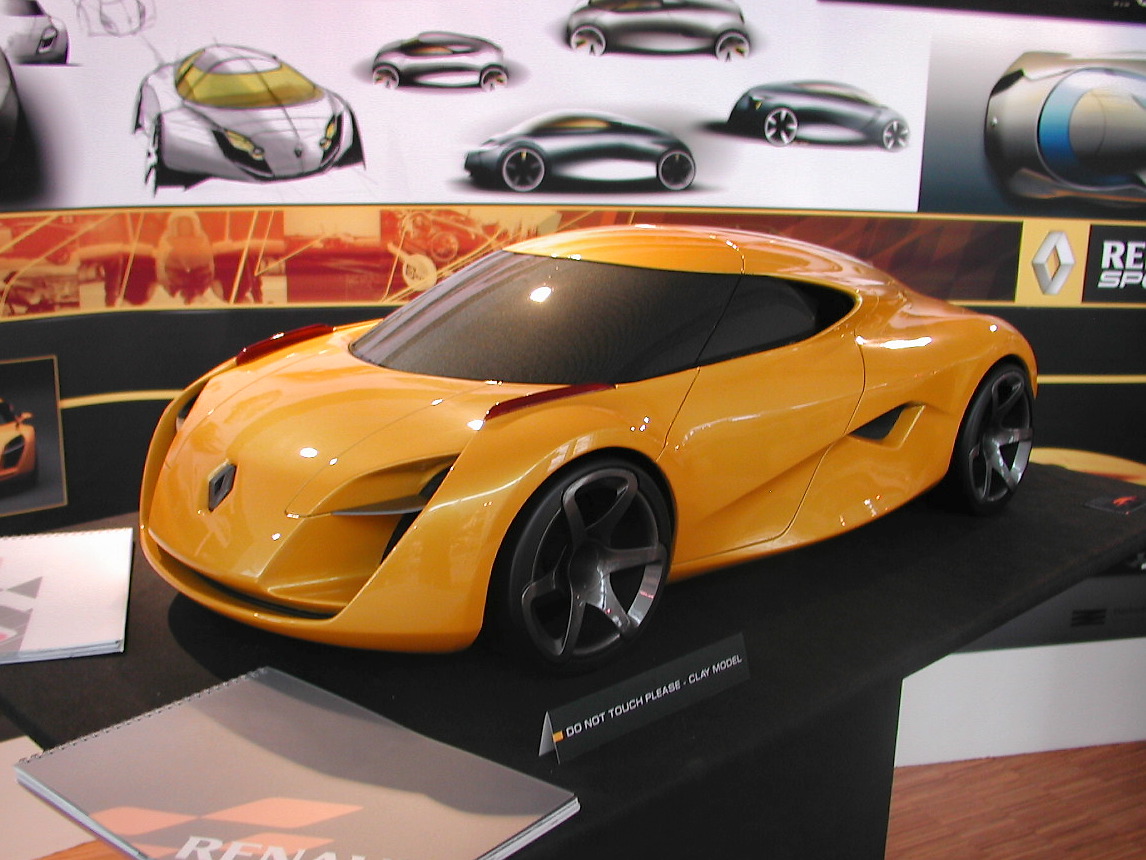 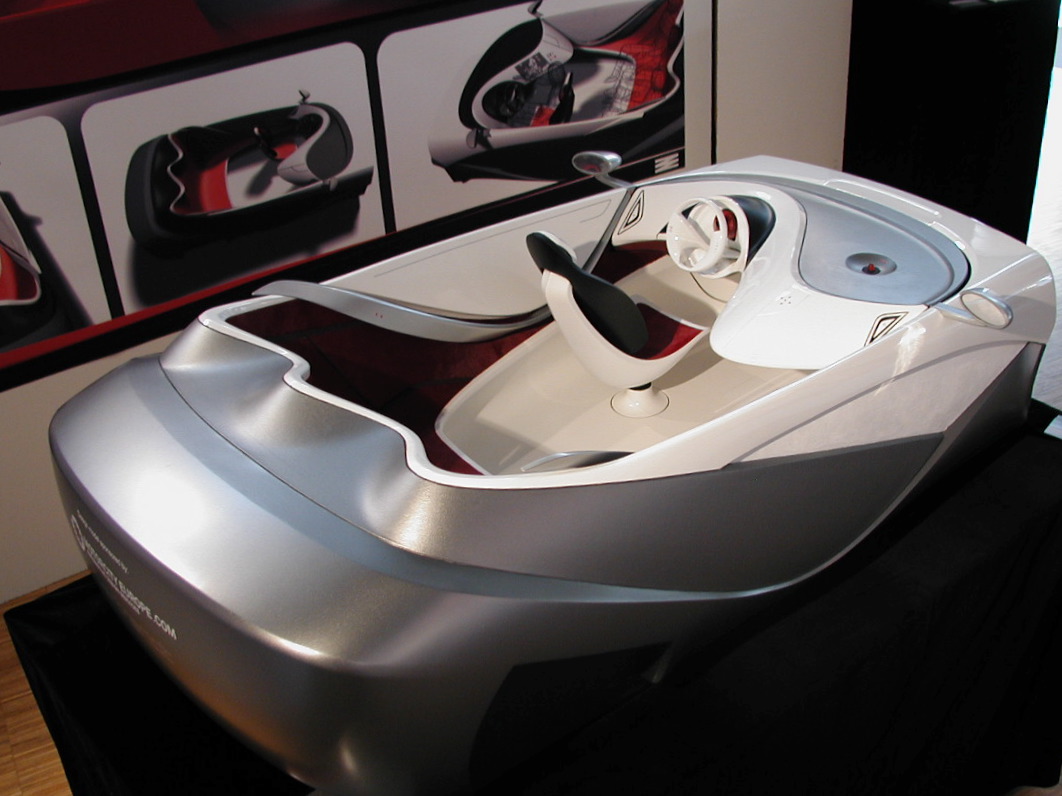 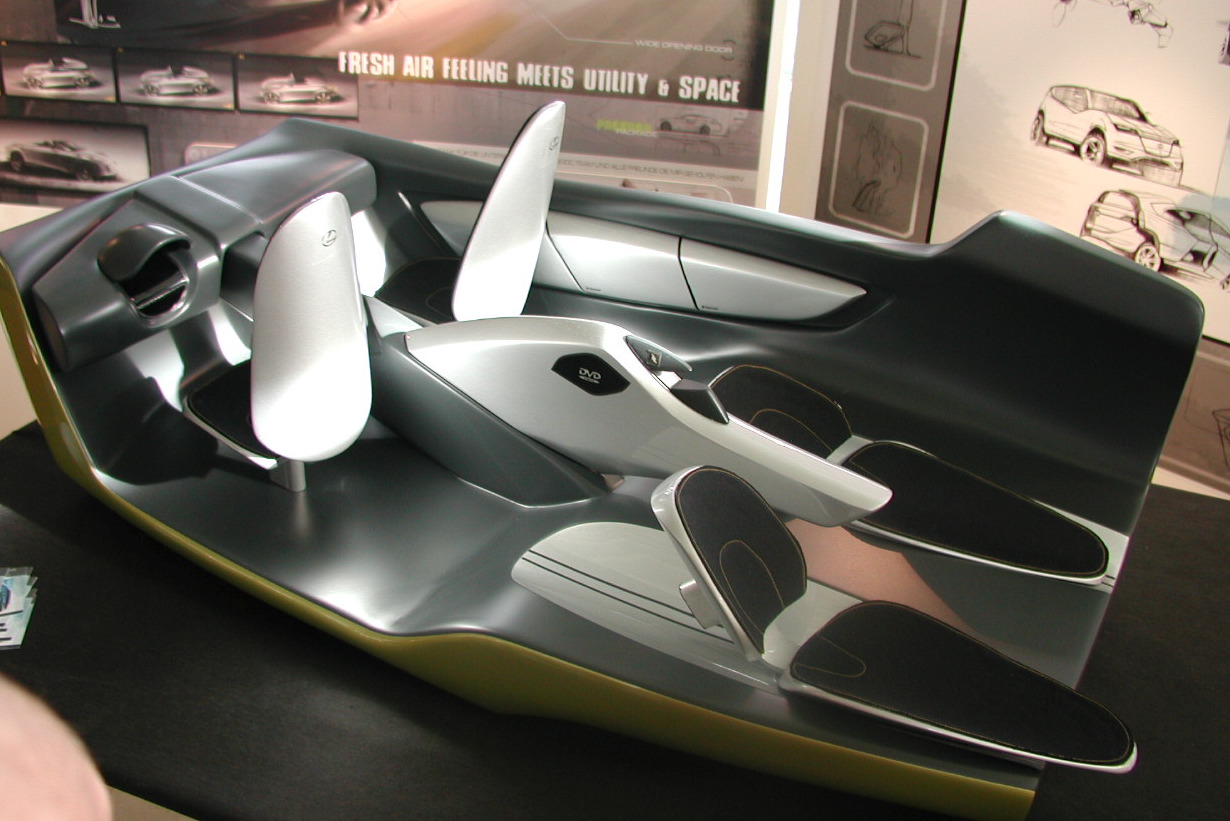 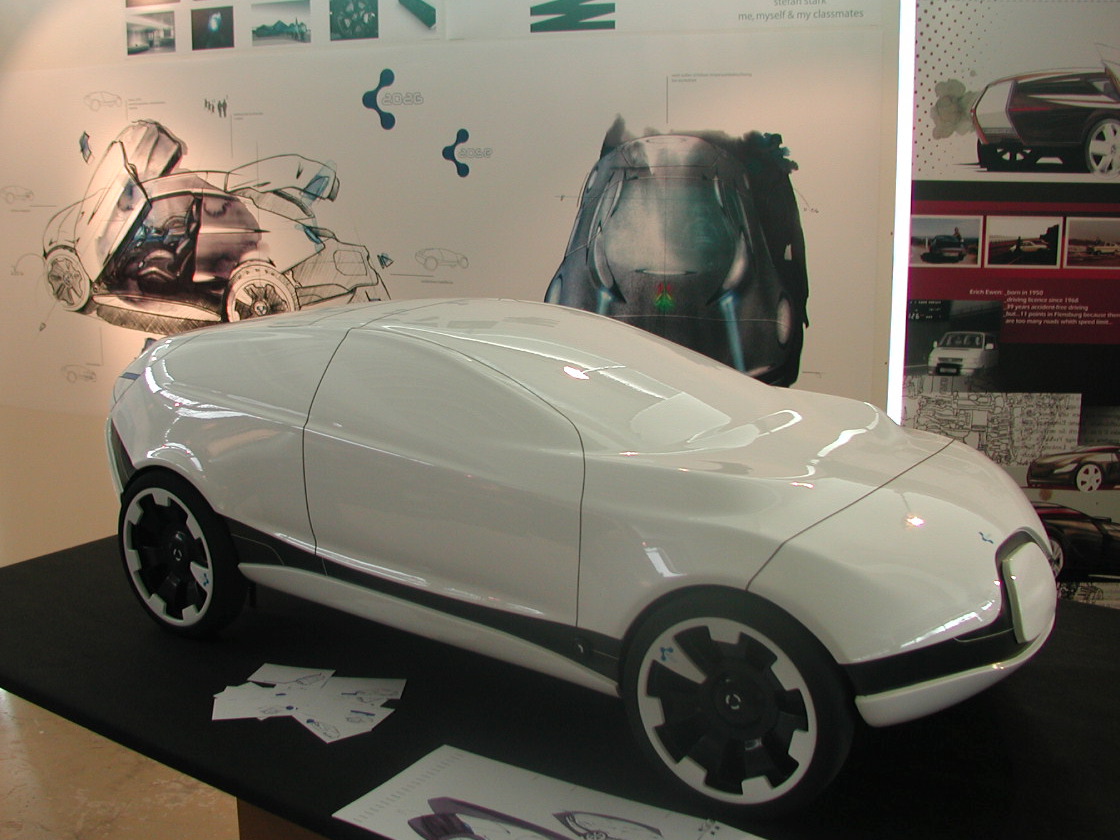 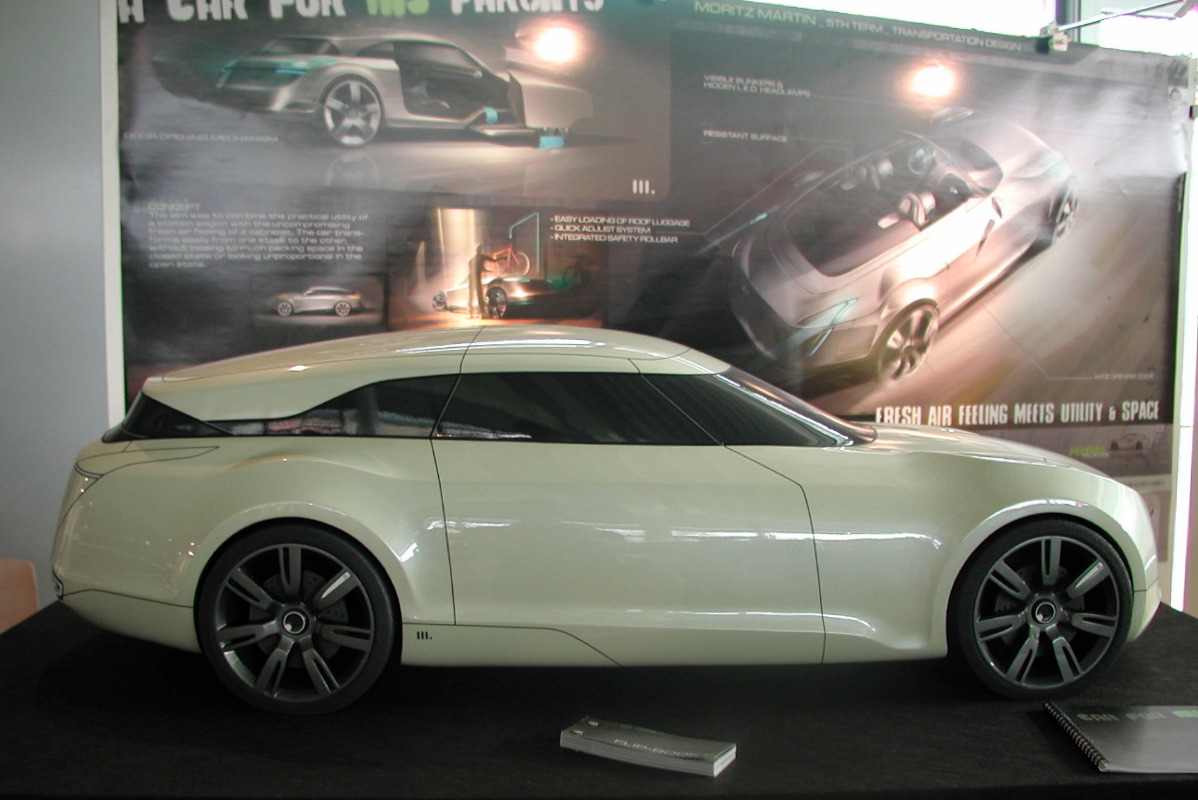 Graduating Masters student Kris Vancoppenolle presented his project 'Projecting the success of a racing team onto a road car'. Last year Renault won their second Formula 1 world championship title in a row, but this success is not yet shown in Renault road cars, except for some sporty versions of their normal road cars. The proposal is a mid engined car which offers place for three people (two in the front, and one in the center-rear with their feet between the two front seats). The three-seat arrangement is appropriate for Renault, who have a history of cars with social character such as the Espace, Scenic and Twingo. The car is asymmetric, with a smaller window and door with a large air intake on the driver's side. On the passenger side there is a larger door and a window which wraps around the roof to give more light to the third passenger. On this side there is also an exhaust mounted explicitly visible on top of the body. 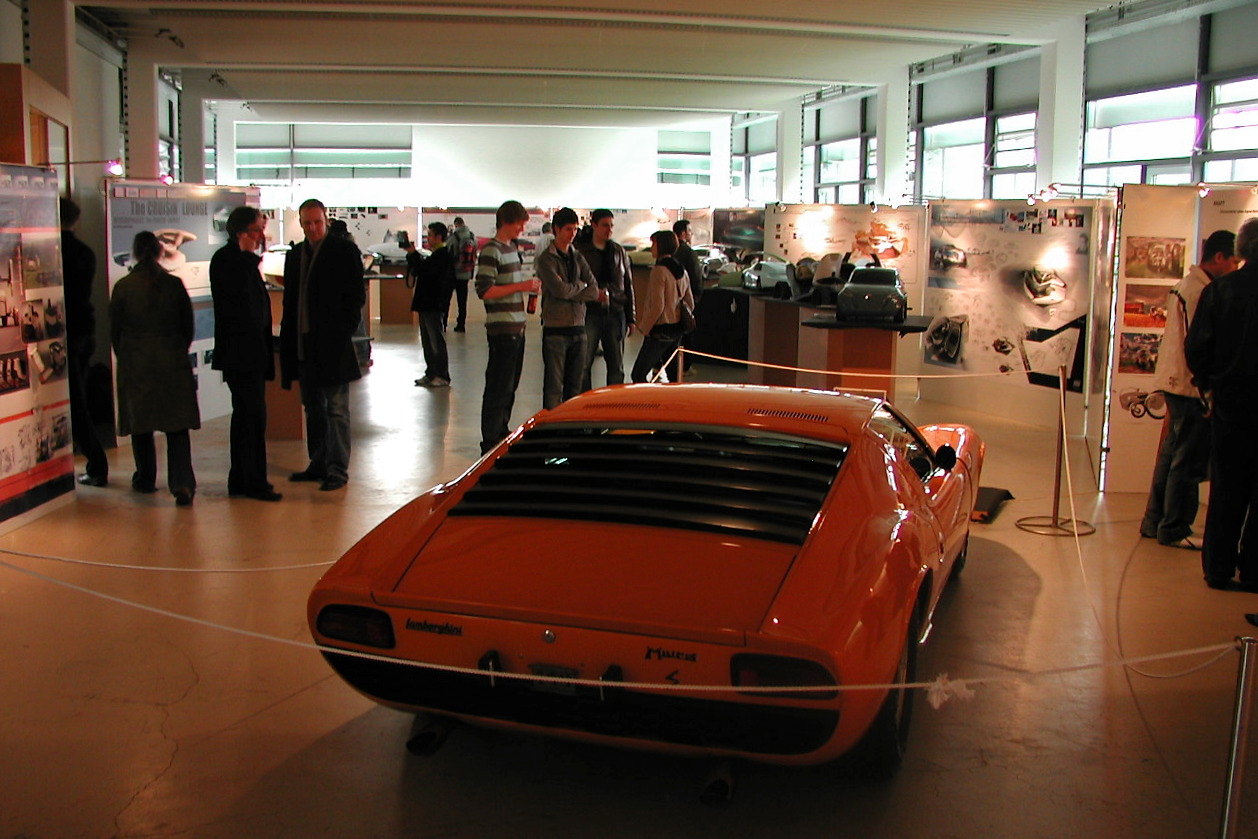 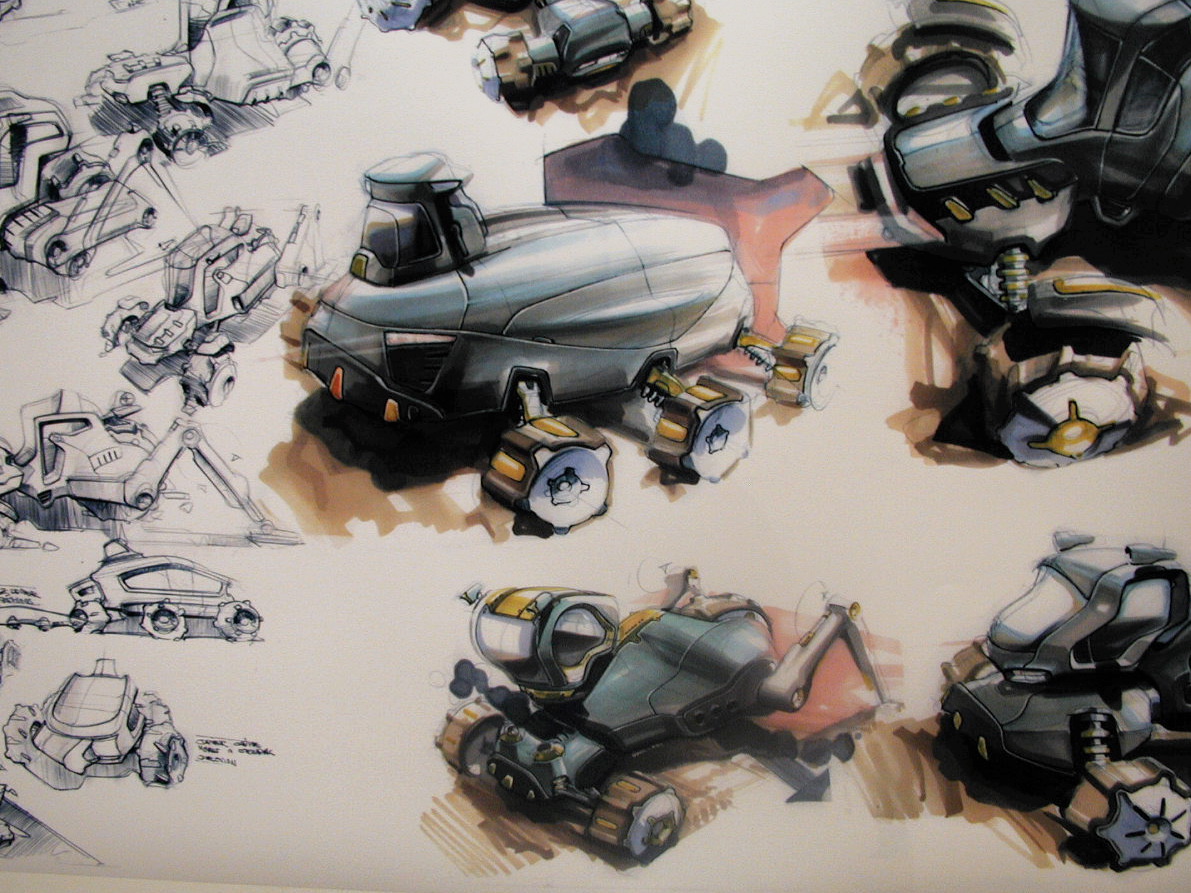 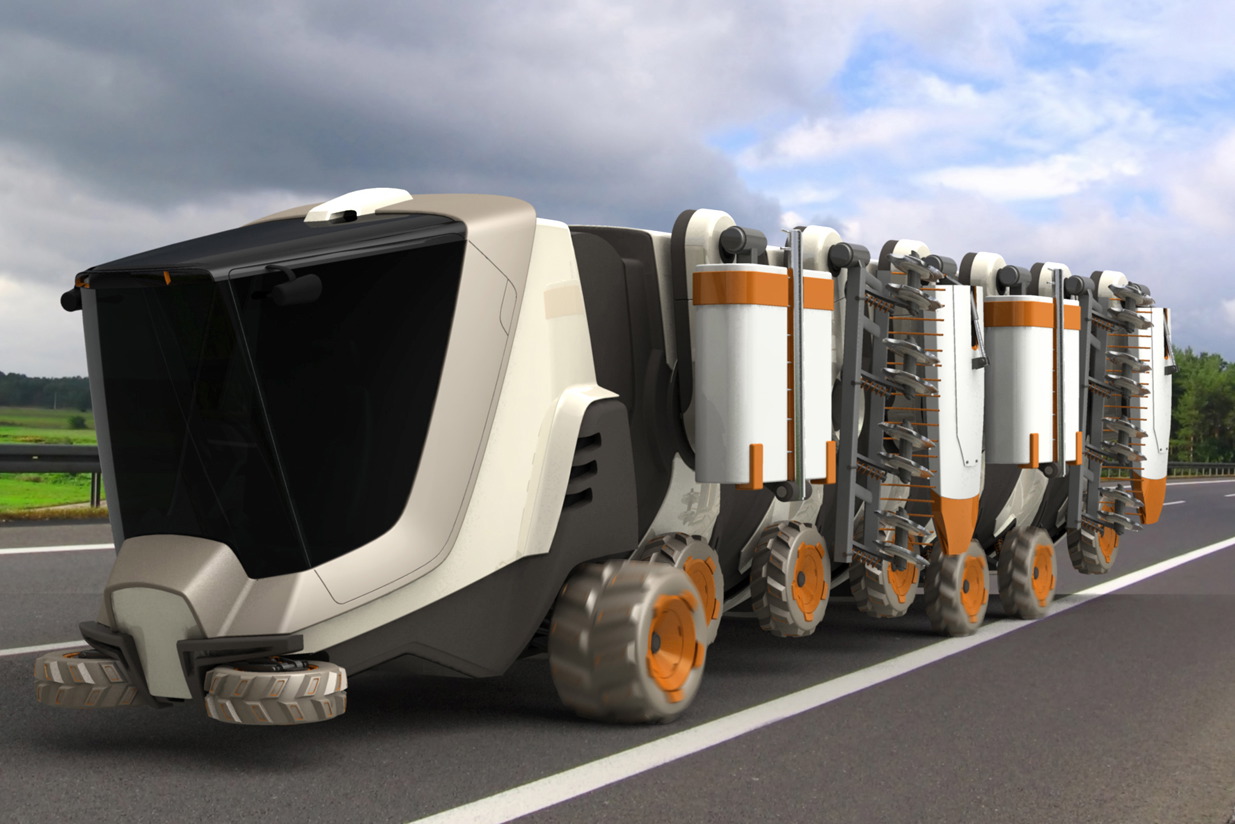 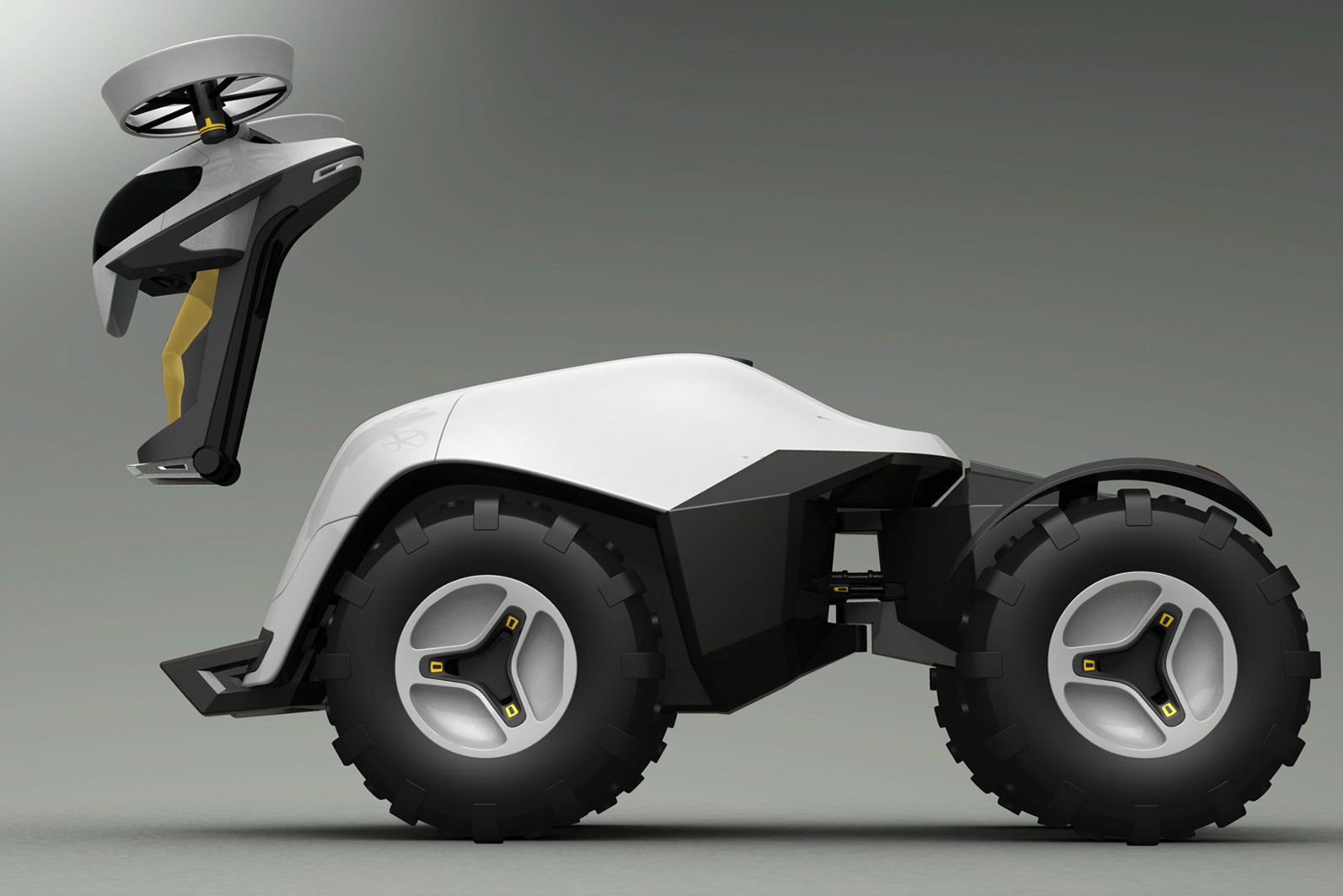 Masters student Jeff Maugan presented 'Luxury Cell'. The purpose of this project was to research the future luxury segment, and proposes a modern yet functional theme. Sponsored by Motorcity Europe and Bertrandt Stuttgart, a third-scale interior model was created along with color and materials research. Drive-by-wire is the key to this theme, giving the driver three possible environments: driving mode, office mode to the right, plus 180 degree rotated 'lounge mode'. Dark red leather material was used for the seating areas, while the rest of the theme was finished in true Kubrick white.

Masters student Murray Adams presented 'Natures Interior: A Vision of the Future', with inspiration taken from interiors found within nature, such as caverns and glacial caves, to create a new internal architecture that is oriented to the passenger. The main feature is a 'wall' that runs down the centre of the vehicle interior which allows for separate micro-environments and personalisation of space within the car. The wall allows the integration of energy storage in the form of batteries or fuel cells within the structure, saving weight. Further to this it can provide space for computing equipment and additional airbags. In the event of an accident, air bags would be deployed from either side of the passenger, effectively 'wrapping' them in one secure mass. The wall would in effect become an interior workstation, an intelligent, reactive system serving the cars occupants.

1st and 2nd semester Masters students presented 'SUV Light', a project to design an ecology-friendly SUV. The student's proposals were presented in the form of sketches and digital models.

4th semester students presented the project 'Kraft' (Power) in the form of digital models. The task was to design a heavy-duty tractor that could be used as a farming vehicle as well as on the road. 'Bolid' by 4th semester student Christoph Proessler is a tractor concept for large scale farms, such as in in America or Australia. The basic concept is unmanned operation of a farm vehicle during its task on the field, through the use of GPS and CPU navigation, with manual operation for driving on the road. The flying cabin module allows the farmer to leave his vehicle at anytime, so he can control many tractors simultaneously, or simply tend to other business. The tractor has the sculptural appearance of a bull which underlines the powerful character of this vehicle class.

The Transportation Design course enjoys a close working relationship with the industry, and projects are regularly supported by manufacturer design studios during the final semesters.