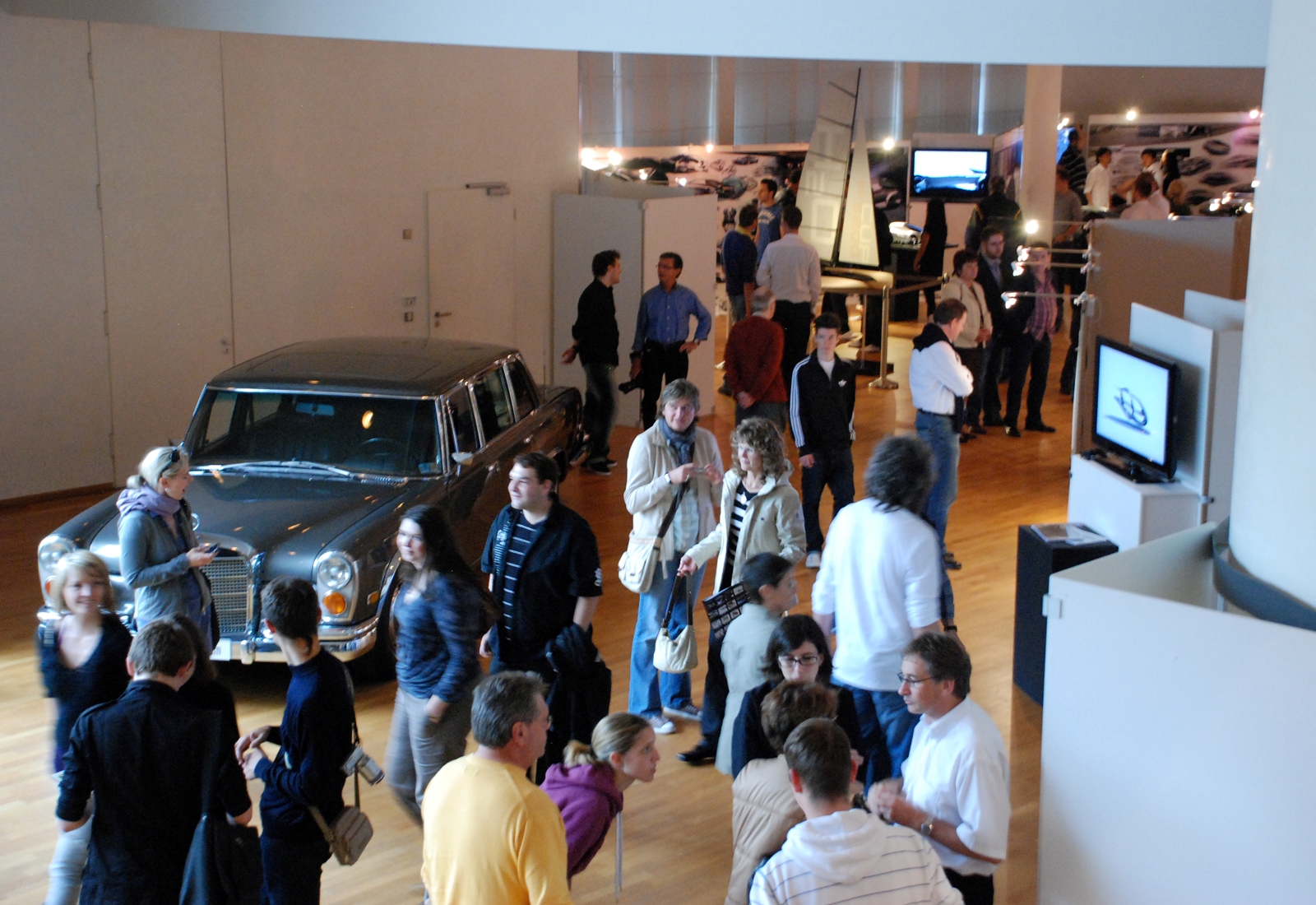 The 2009 summer degree show was at the Pforzheim Congress Center. Click for larger images 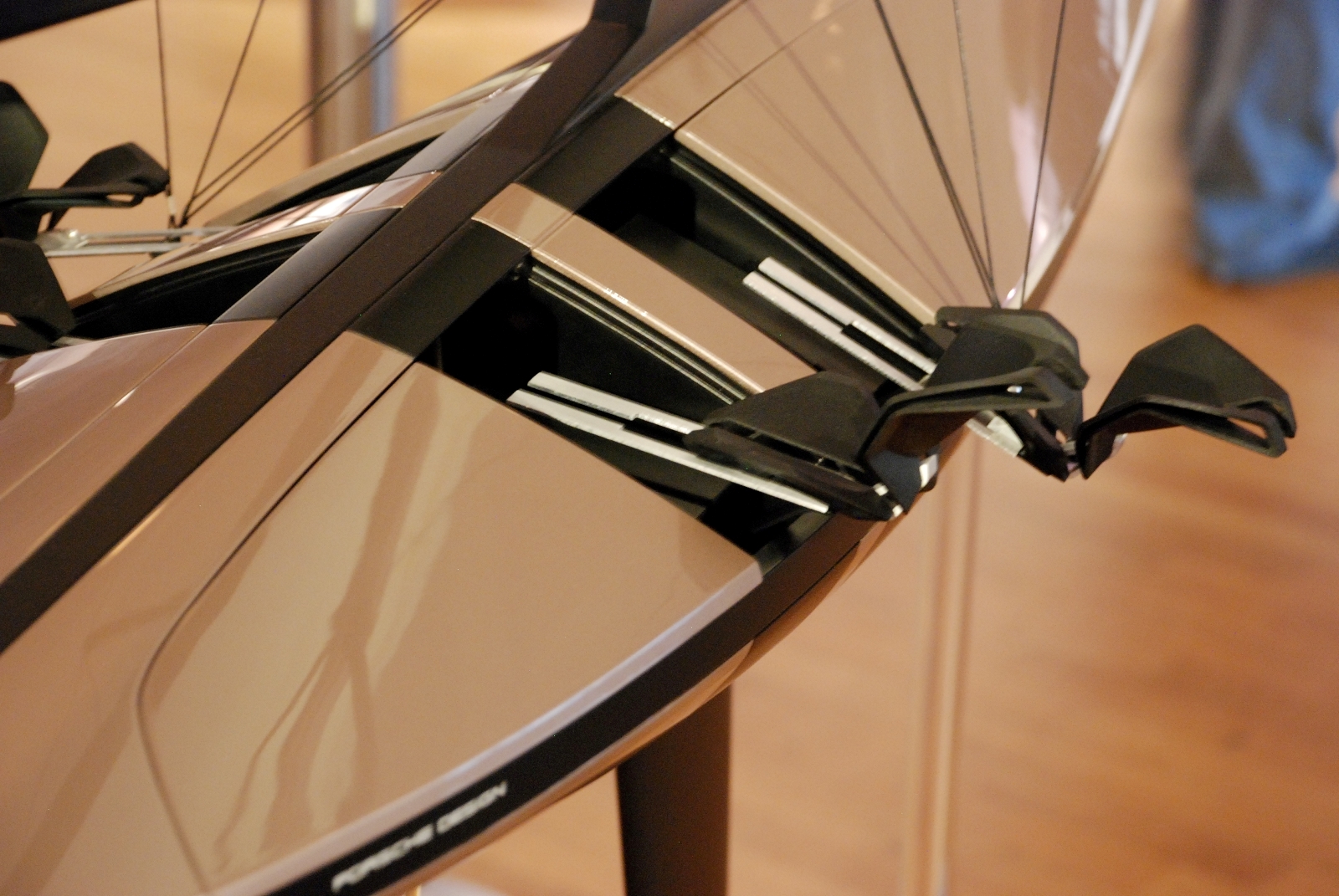 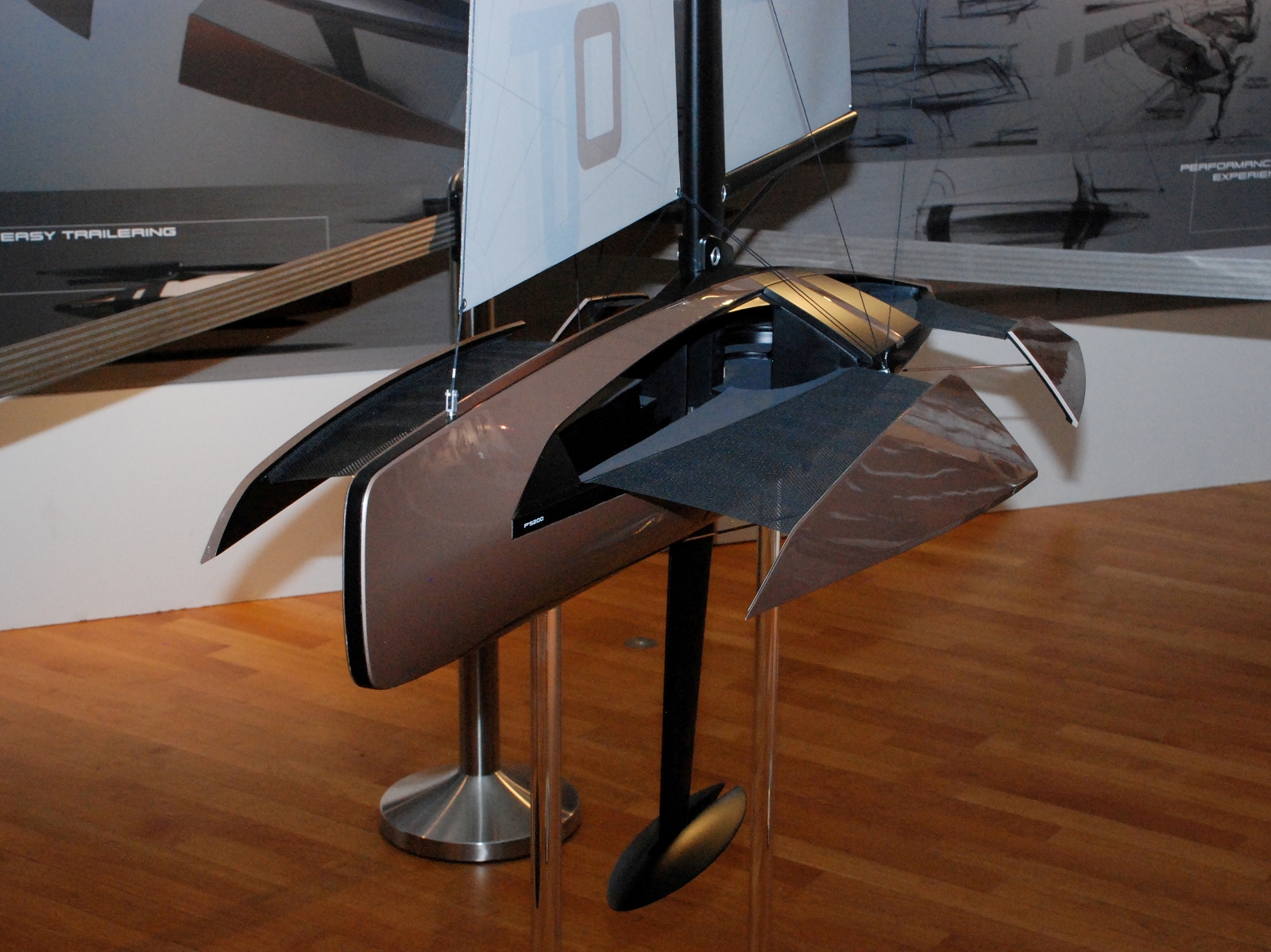 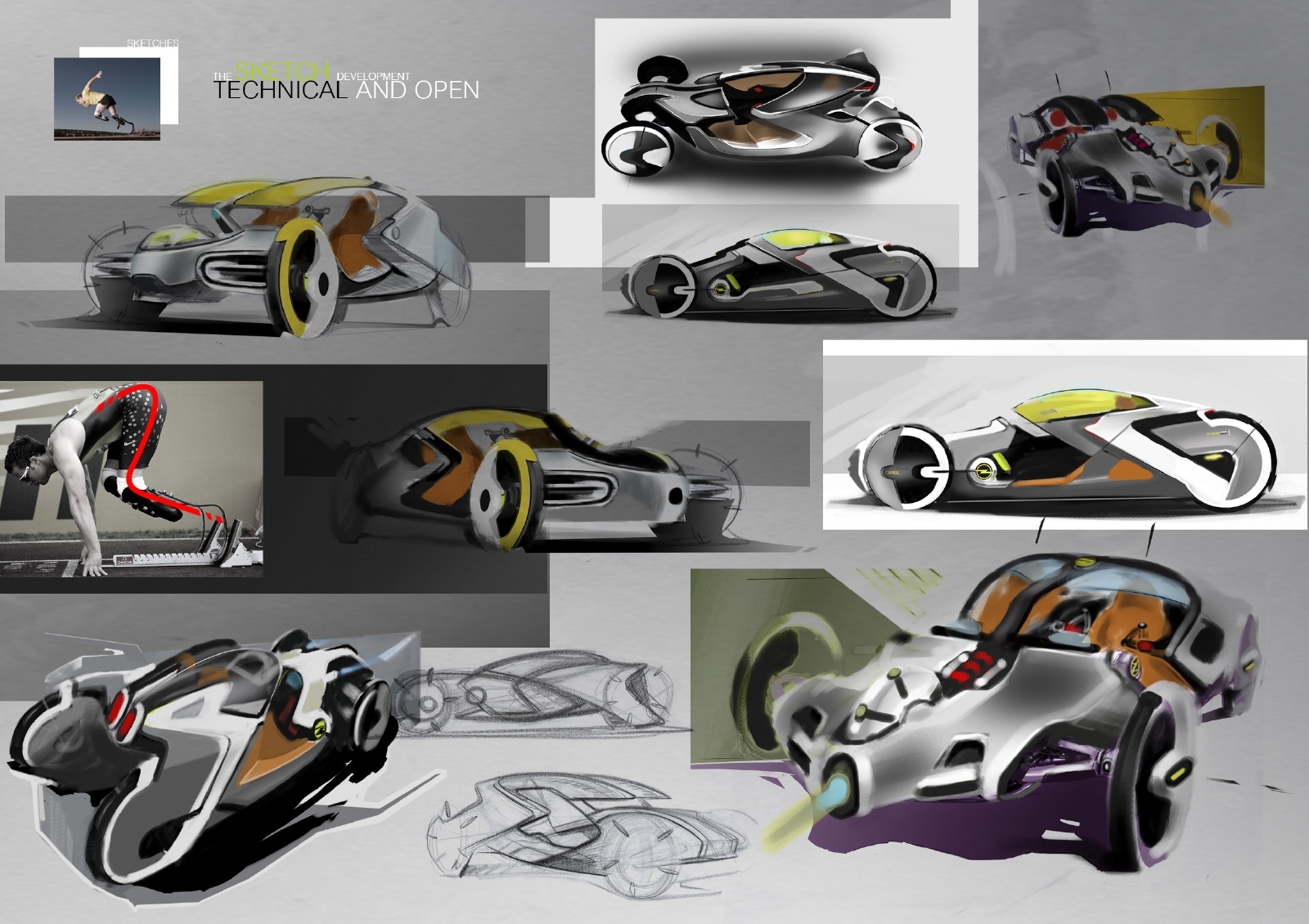 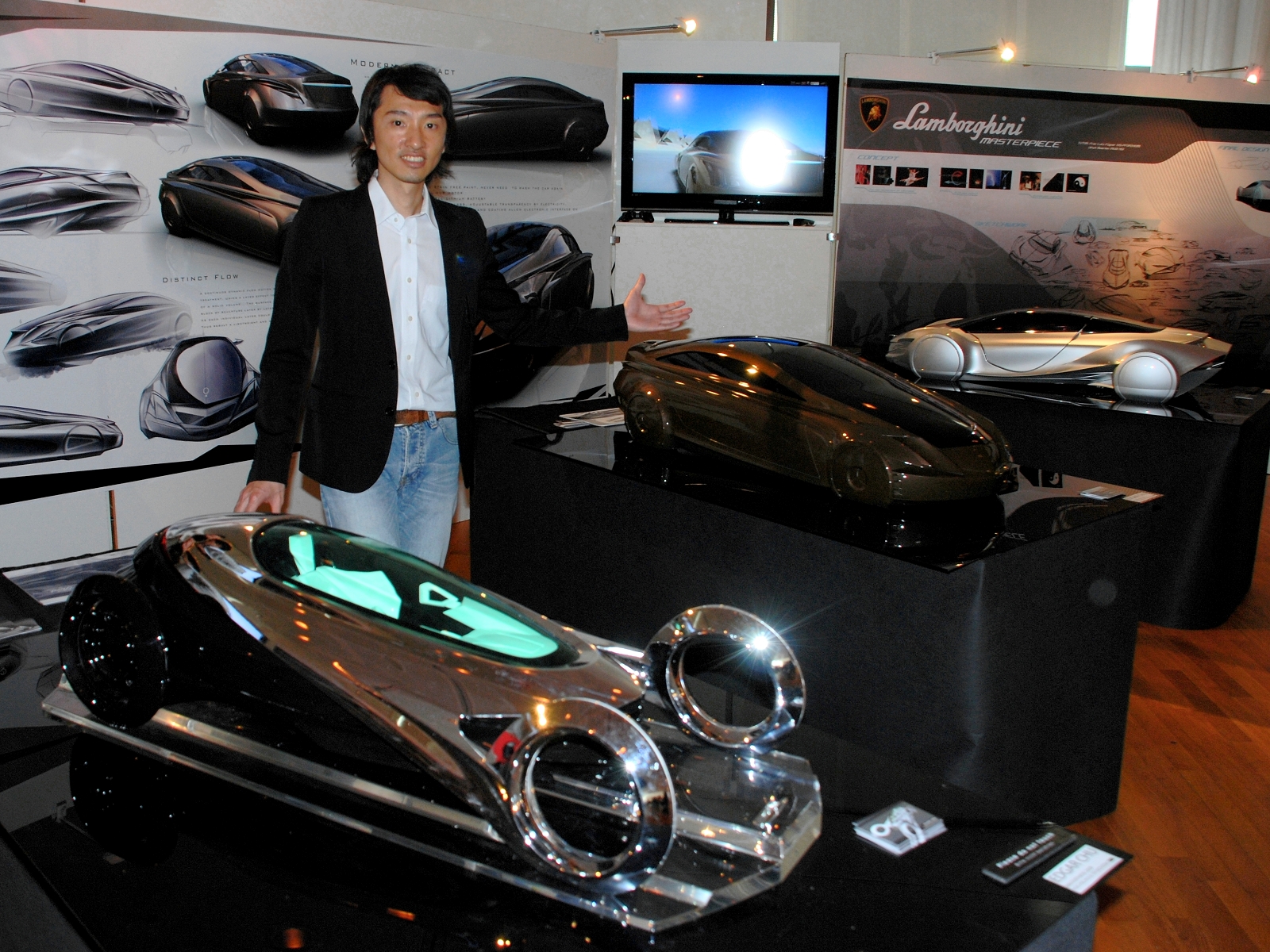 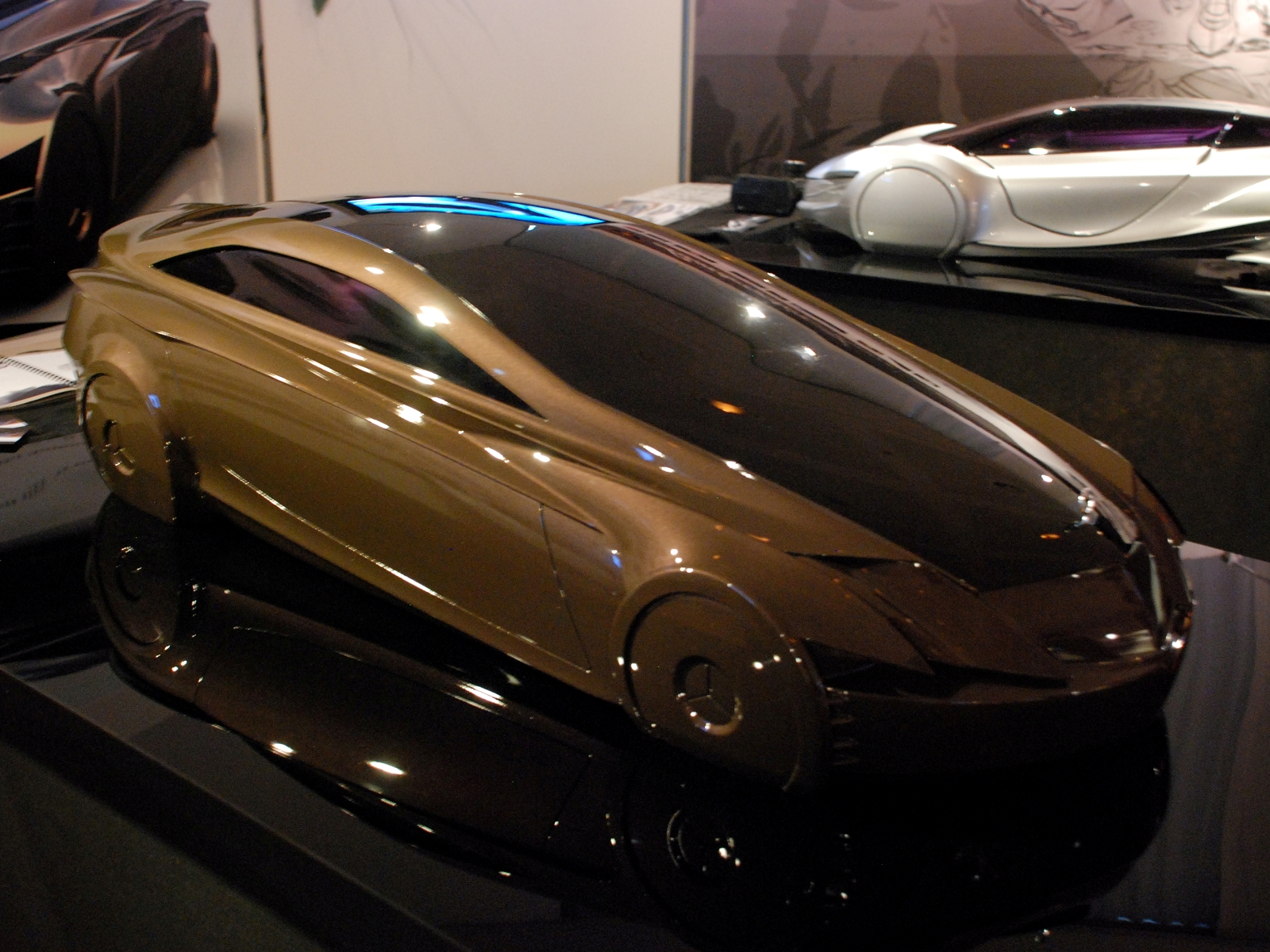 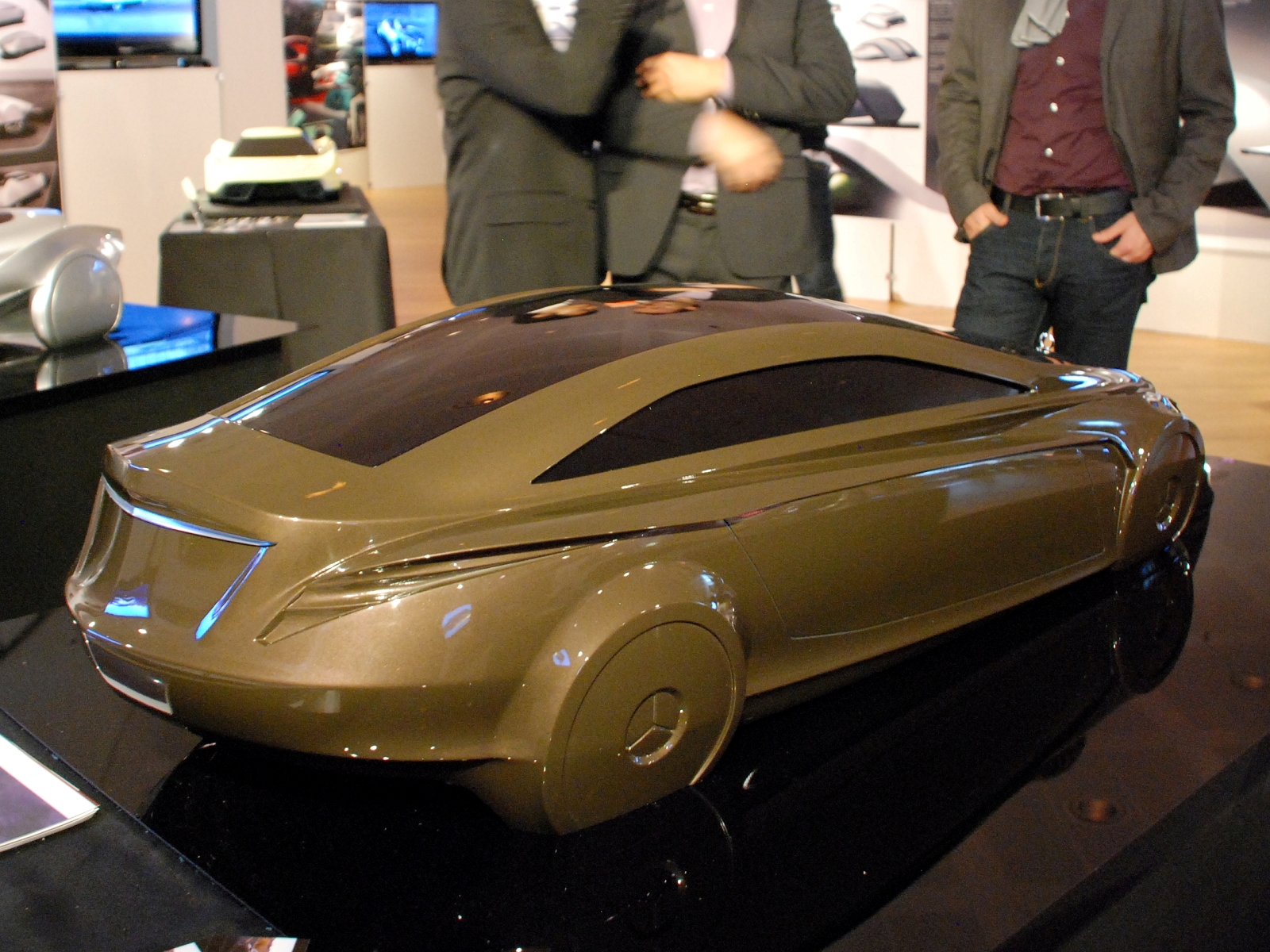 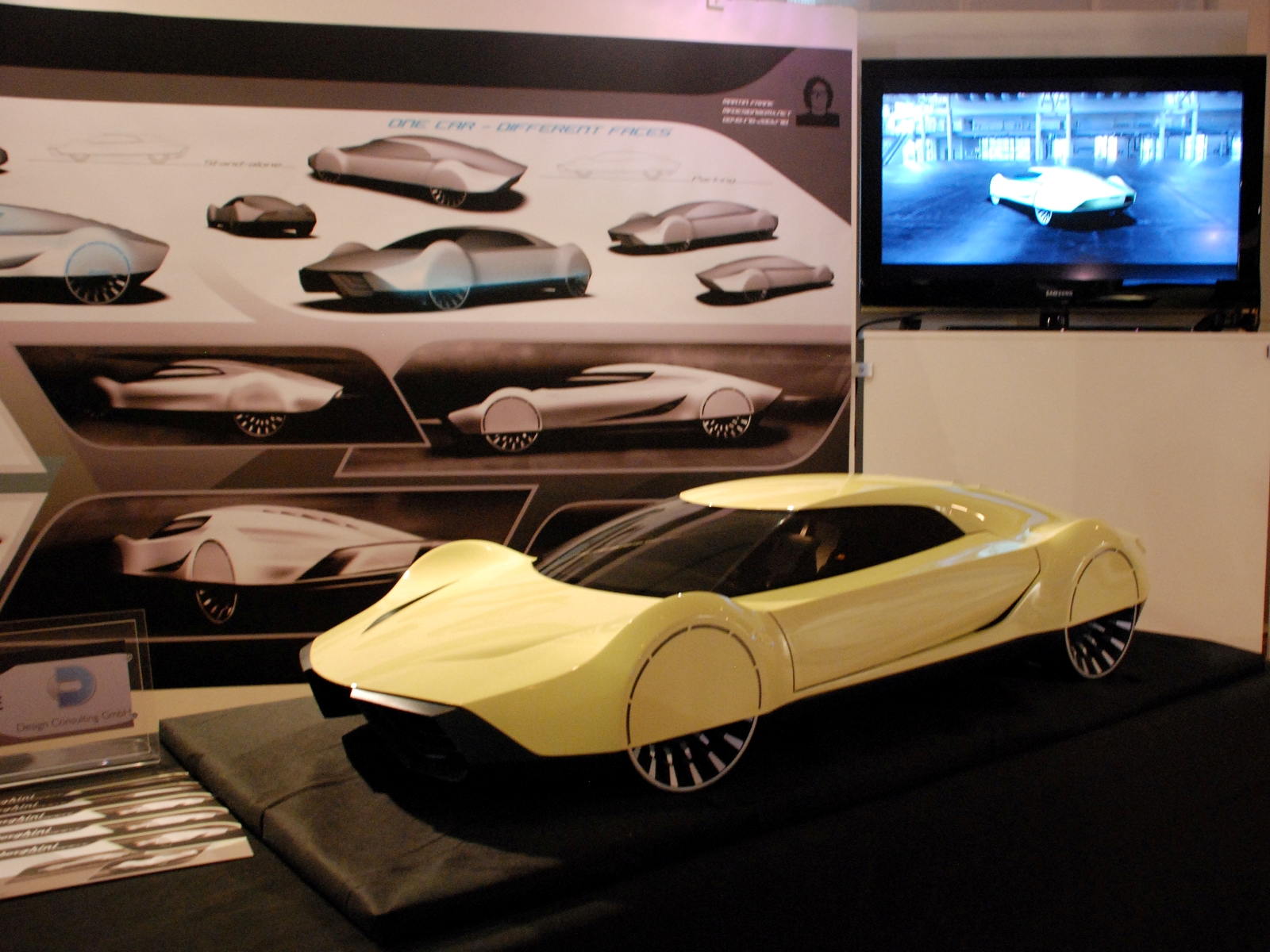 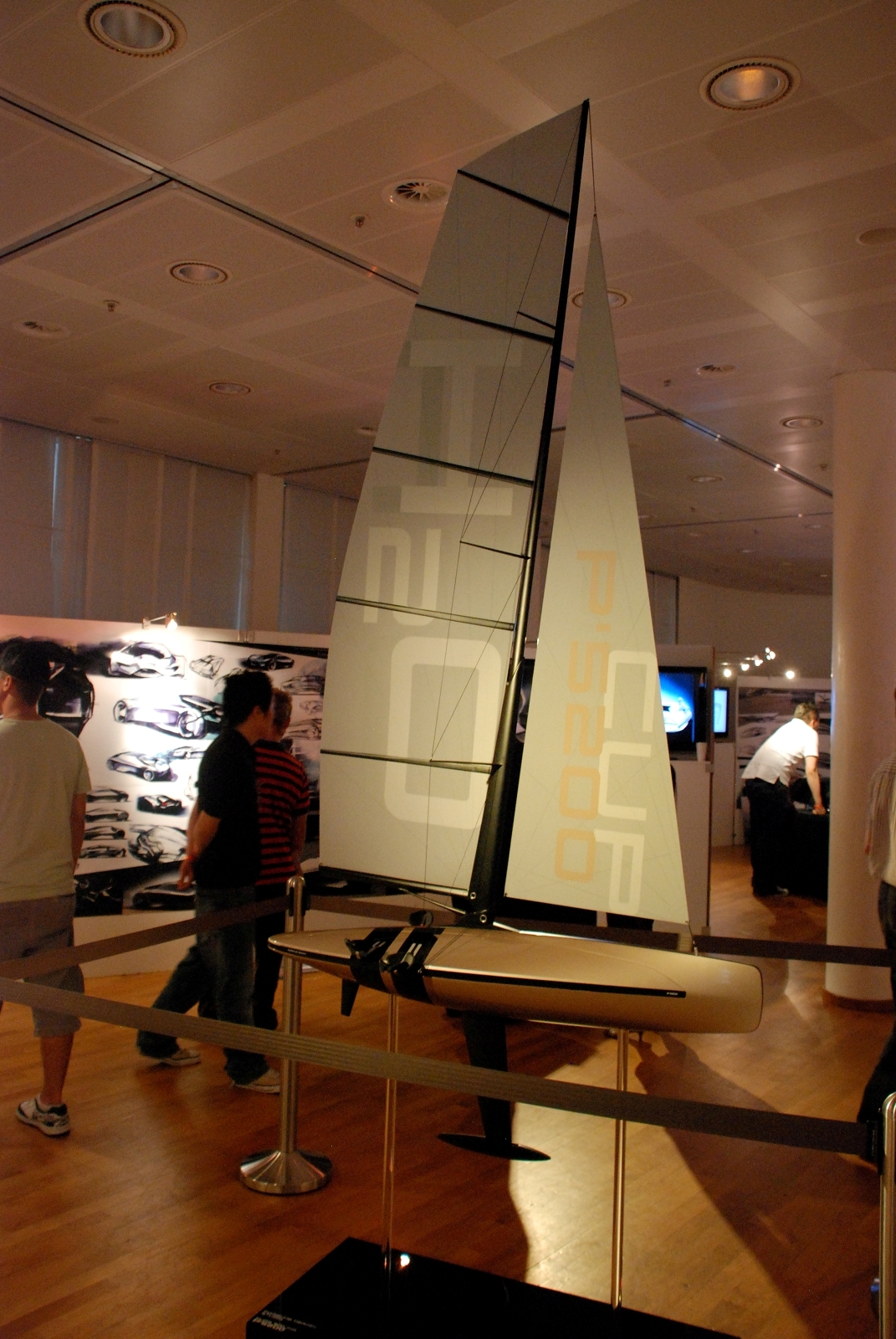 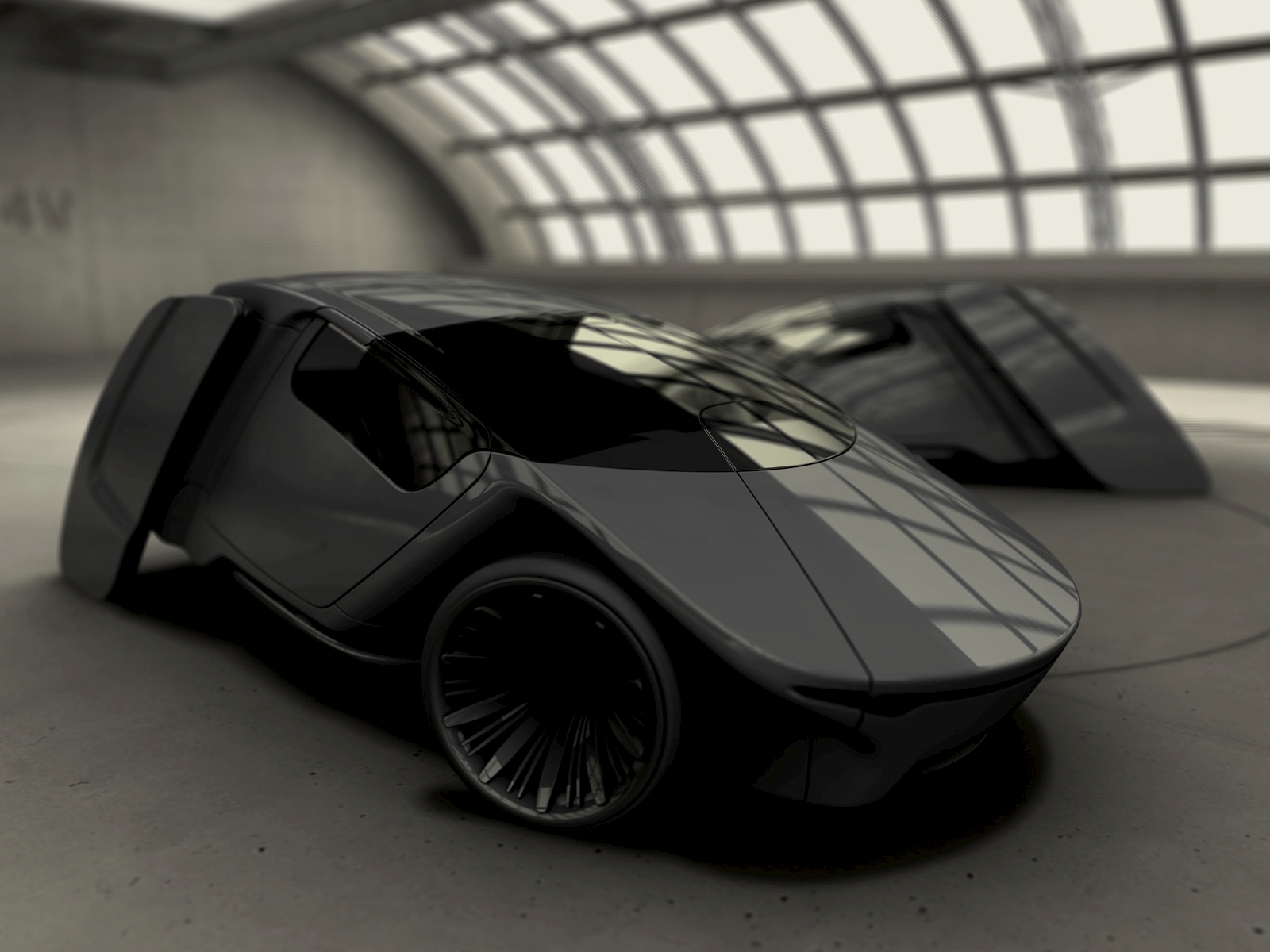 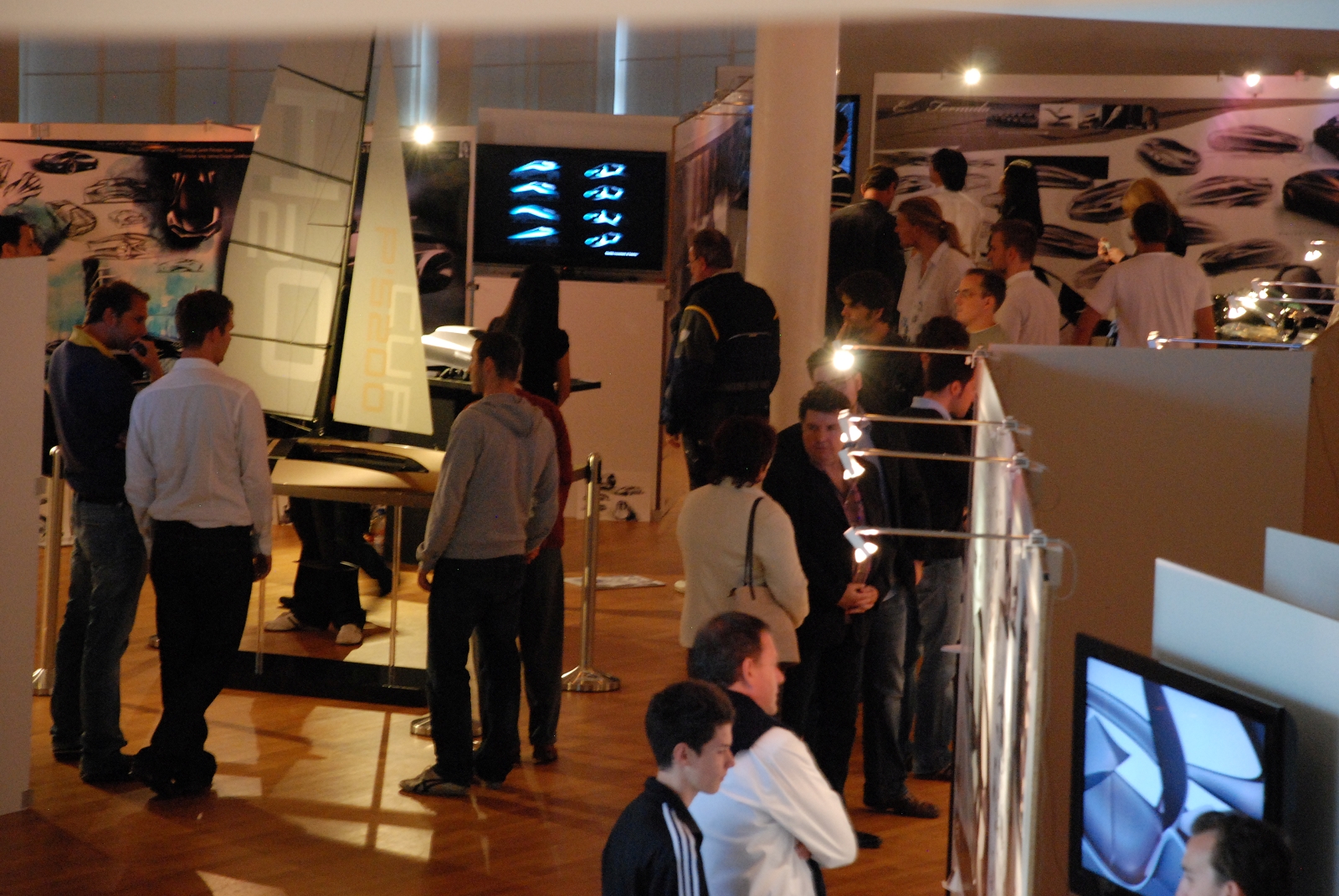 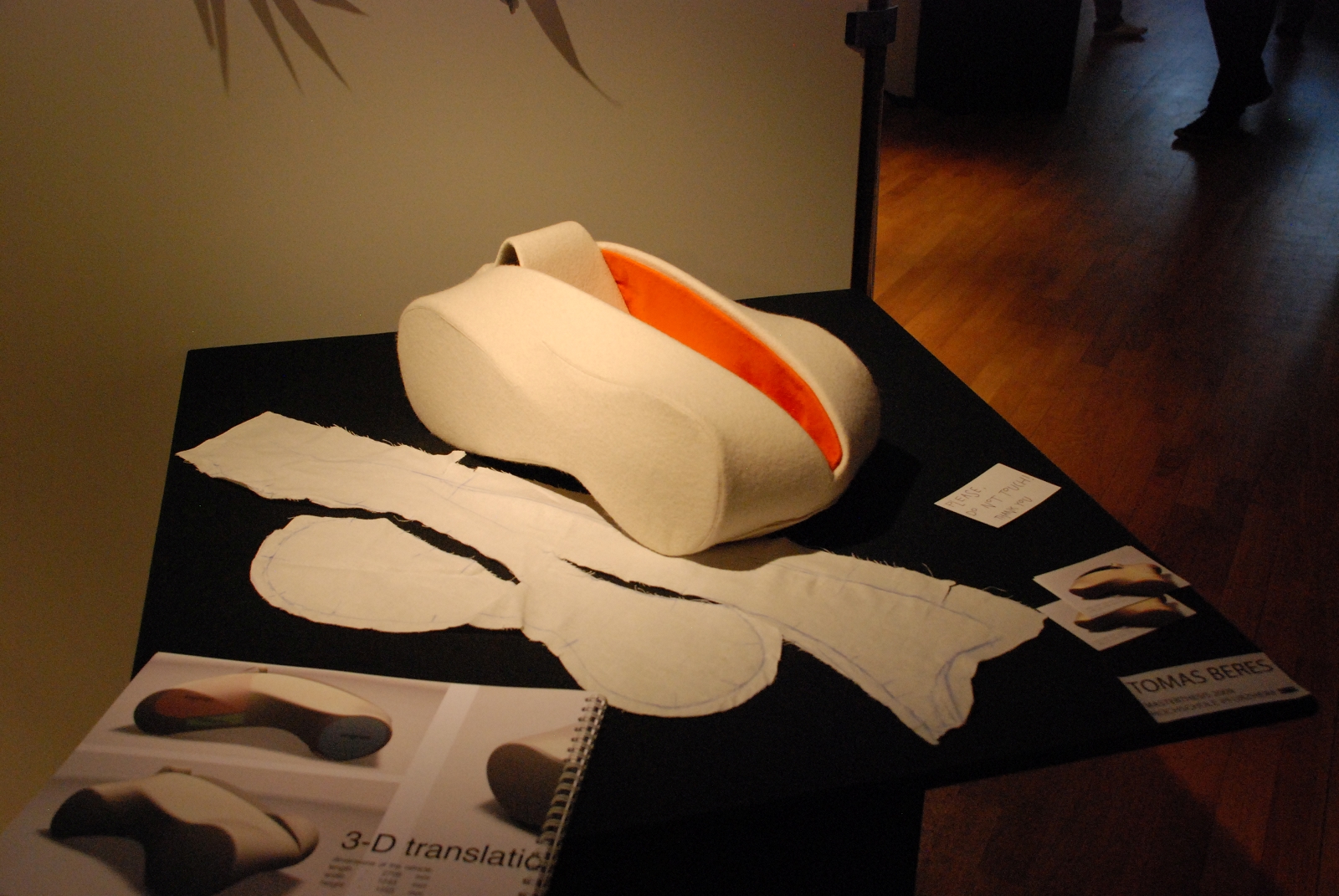 Porsche P'5200
Stephan Everwin
Named after Porsche's product matrix - 5000 being the category for sport and 200 representing water - the Porsche Design sailing yacht considers the holistic sailing experience rather than just the product itself, "It's not about speed, but the experience," Everwin told CDN. While the crew has a high quality of performance experience during active sailing, when stationary the closed hull volume can be opened to offer an open space for relaxation and recreation. Measuring 11m long, the yacht has been designed to be transported on a trailer, ensuring maximum flexibility as the sailing district can be changed several times in a season.

Paradox
Alexander Horn
Horn's aim was to find new ways to make the car interesting. The basic premise of the concept was to create an environmentally vehicle that also allowed users to exercise as they traveled within it. Inspired by the E-Rockit motorbike, recumbent bicycles and paralympic runners, the car is propelled by pedals linked to an electric generator which amplifies human power 50 times over. The steering is controlled via joysticks, while regenerative energy stored in a battery pack is used to slow the vehicle.

Mercedes-Benz E-Formula
Edgar Chu
One of three projects Chu displayed at the show, the E- Formula is a concept study for Mercedes-Benz's mid-size sedan of 2020. Balancing elements of sportiness and elegance to create an active, sophisticated vehicle, the four-seat luxury sedan considers the brand's values and proposes a new design language for the automaker. Powered by an alternative powertrain, Chu asserts that a premium-branded car should not look like an appliance. The dynamic form language, created by sharp-edged surfaces, employs a layer effect to create a visual volume. This allows each individual layer to be twisted, folded and wrapped. Graphics and details are reduced to a minimum and integrated within the surface, while the mono-volume design further emphasizes simplicity and sophistication.

Automotive Evolution
Satoshi Nakamura
Nakamura believes that it is time for cars to be re-evaluated, and to create a surviving species of vehicles following Charles Darwin's theories. Deliberately made ambiguous to provoke natural human curiosity and Somatomorphism (a human feeling of affection towards objects) the concept's surfaces interact to create a changing character depending on the angle of view. The design aspects we know as a car have been taken away, as future technologies will allow greater design freedom to create pure sculpture in motion.

Luxury Vehicle Interior
Anthony Clark
Having done his undergraduate studies at Northumbria University in the UK, Clark found that he was very interested in interior design. For his final MA degree project he decided to integrate form and interaction, showing technology through a new 'delicate luxury' theme. The result is a simple, organic concept with purity of character: the seats peel out from the floor and the user interface can be personalized. Icons on the center console can be moved and assigned different functions depending on the user's choice. While technology is abundant in this interior concept, it communicates it subtly.

Kafka
Hyojin Kim
Kim's Kafka concept was inspired by Dubai's Dynamic Building, an edifice which morphs into different exterior shapes as it rotates. The body, comprised of a multitude of panels, allows the car to transform into different shapes, changing the character lines of the vehicle while a central spine simultaneously alters the seating position for occupants inside. The Audi-sponsored project was inspired by the German automaker's vehicles and the movement of wind, with airflow as its overall design theme.