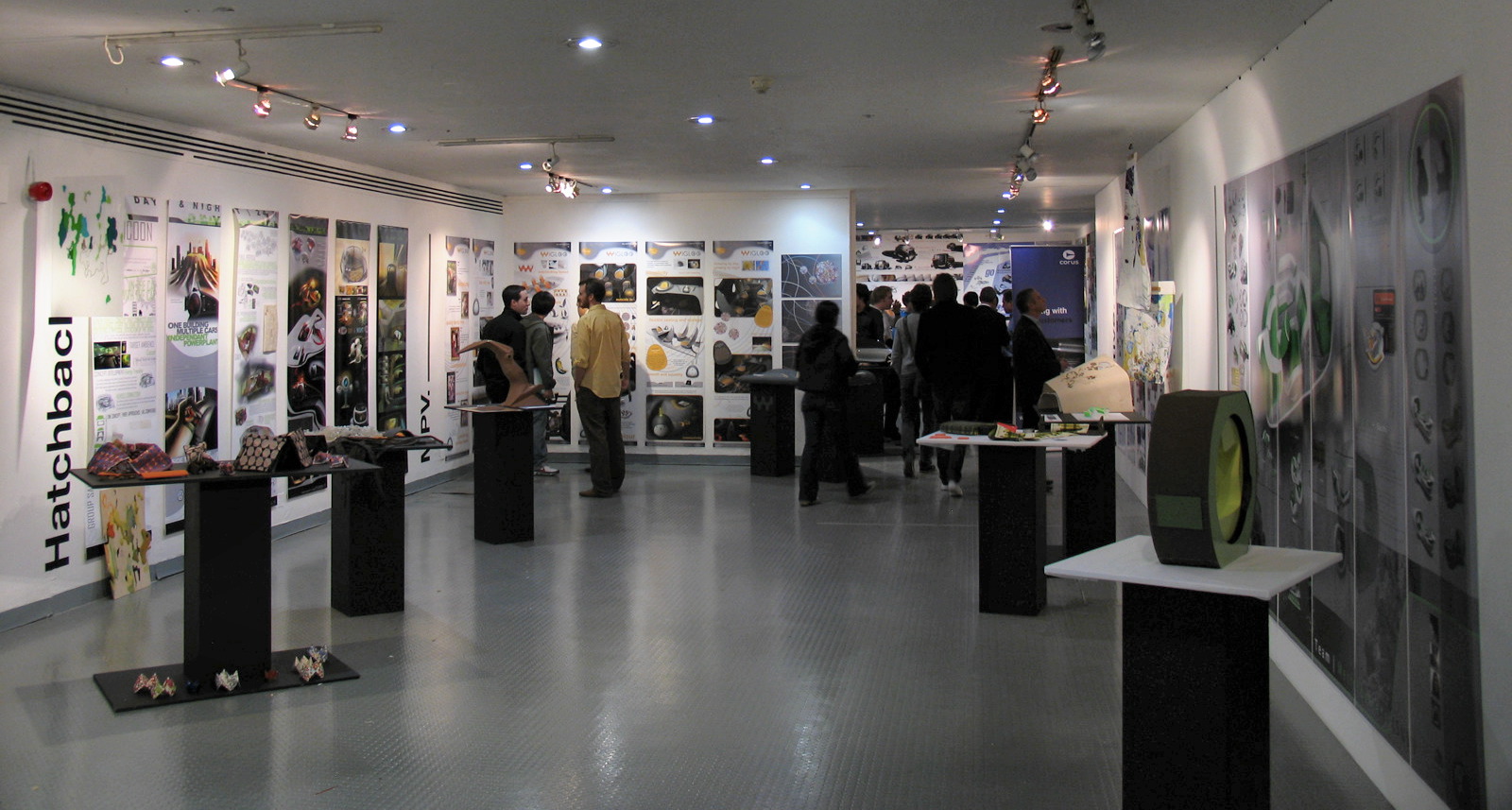 Project presentation at the Royal College of Art. Click for larger images 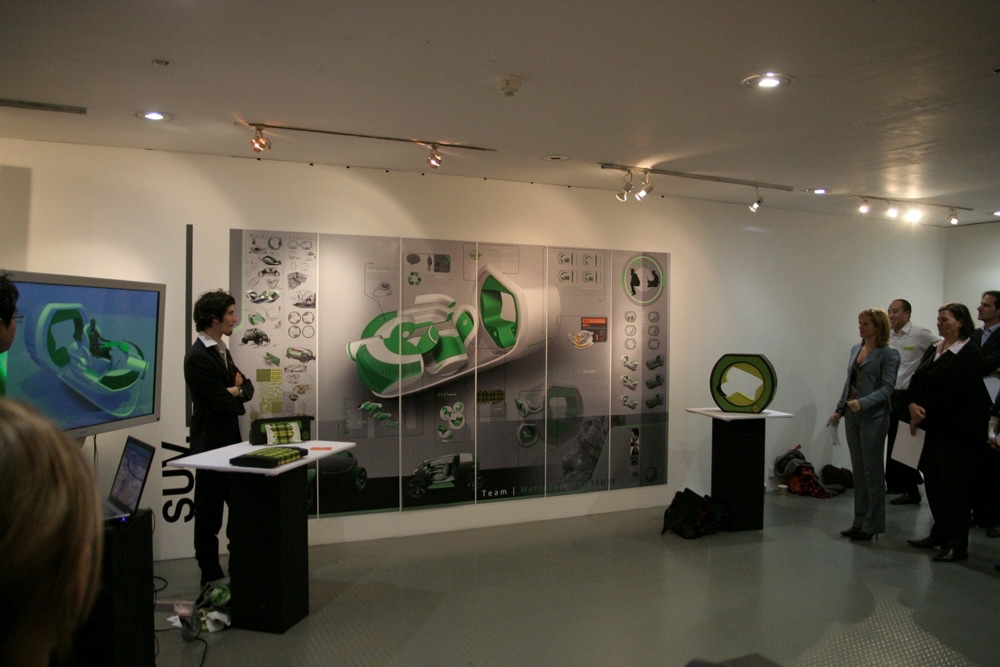 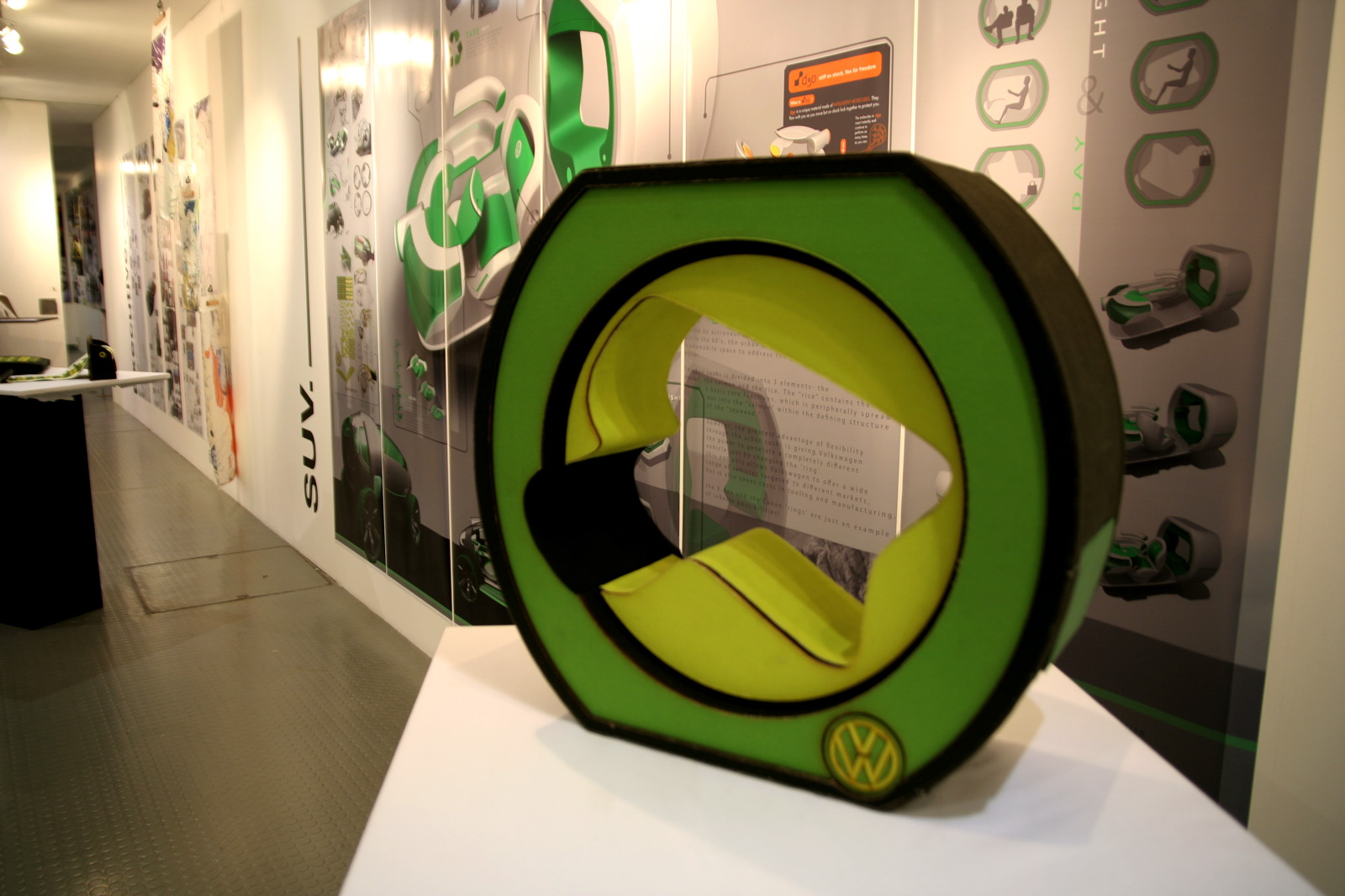 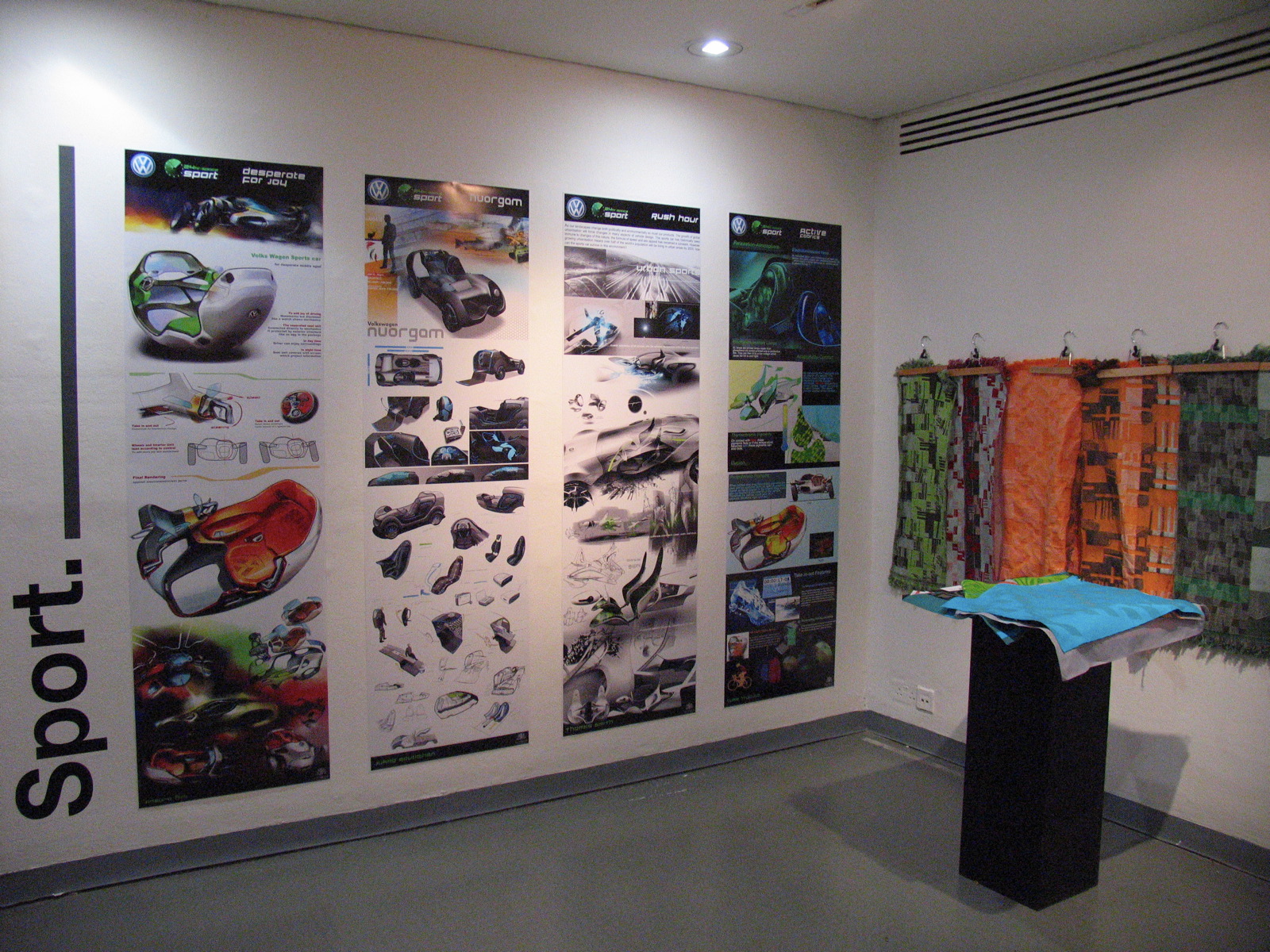 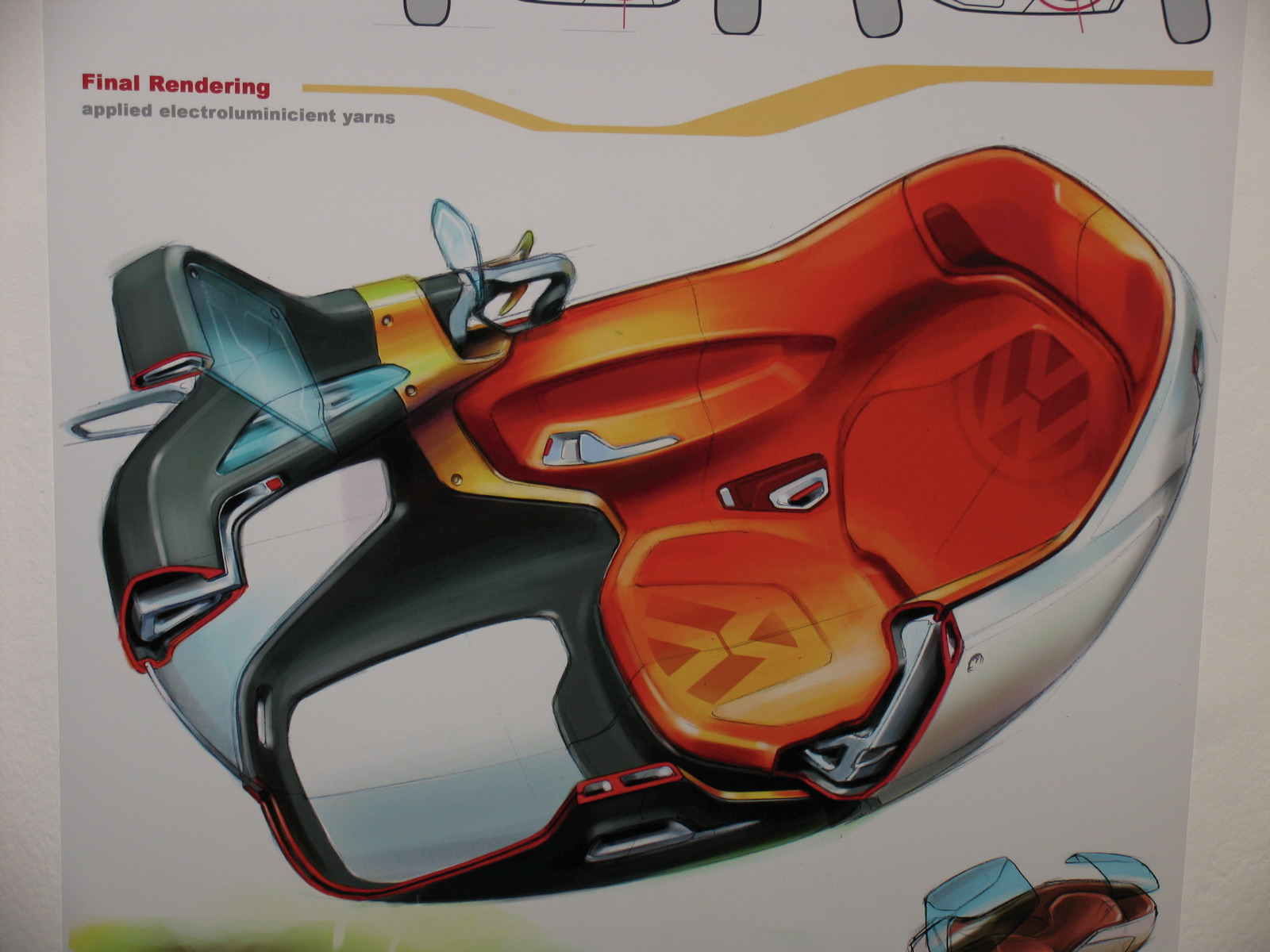 Vehicle Design students at the Royal College of Art in London, UK, started work on a project sponsored by Volkswagen in October last year. Asked to research and visualize future market sectors and the needs, aspirations and desires of potential users; VW's brief to the students was to create a vehicle which had an innovative, integrated interior to reflect the research the students conducted, in a space that had equal value both in the daytime and at night.

The brief also called for new space concepts for the person/machine interface through new functions and new packaging of components. As a fundamental part, the interior concepts would develop ‘take-away' functions which would be integrated in the vehicle and also be used out of the vehicle; contributing towards personalization and individualization. VW also asked that the interior express the appeal of using the individual components as well as the interior as a whole, utilizing light and sensors to create new experiences and develop smart materials with real and virtual value. 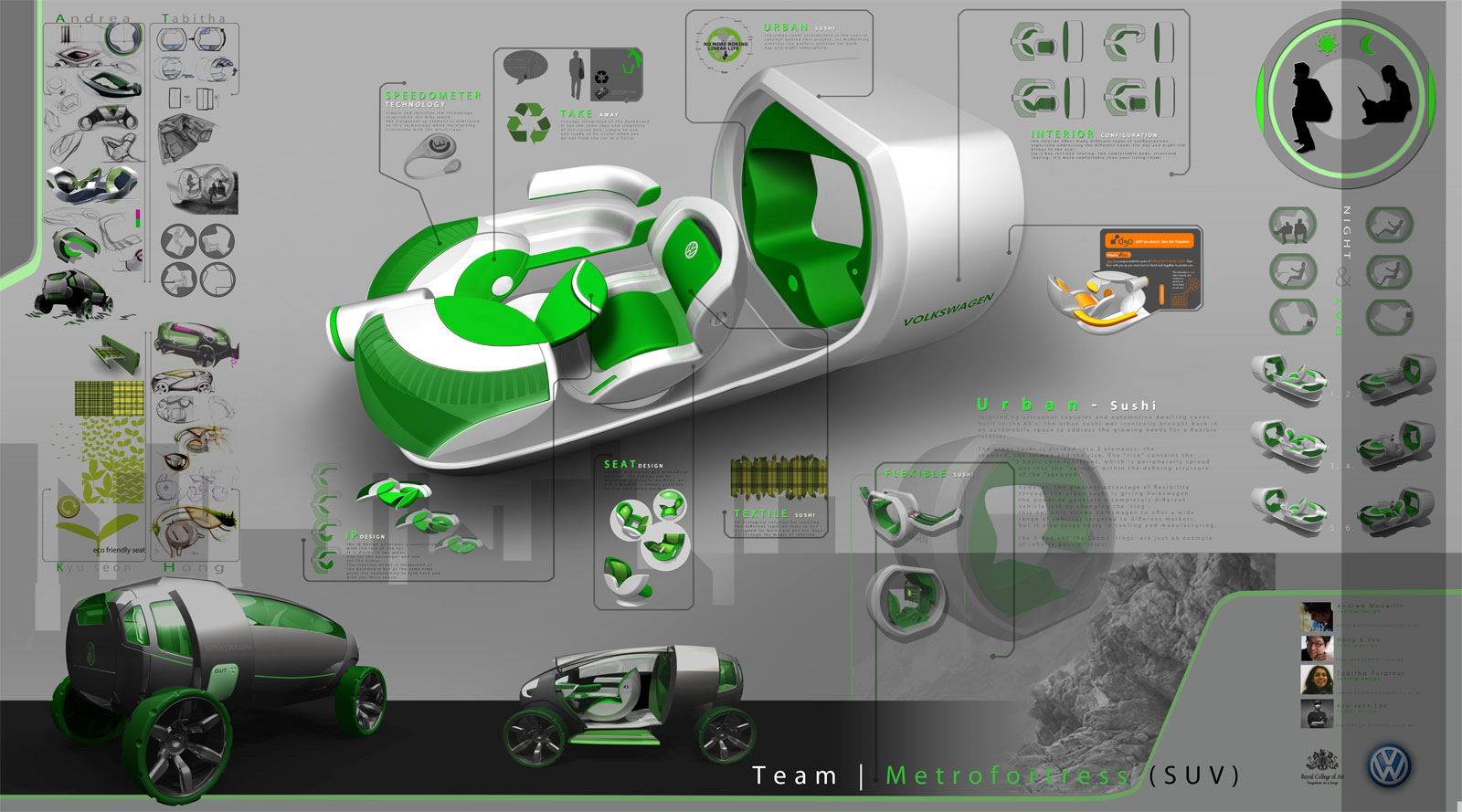 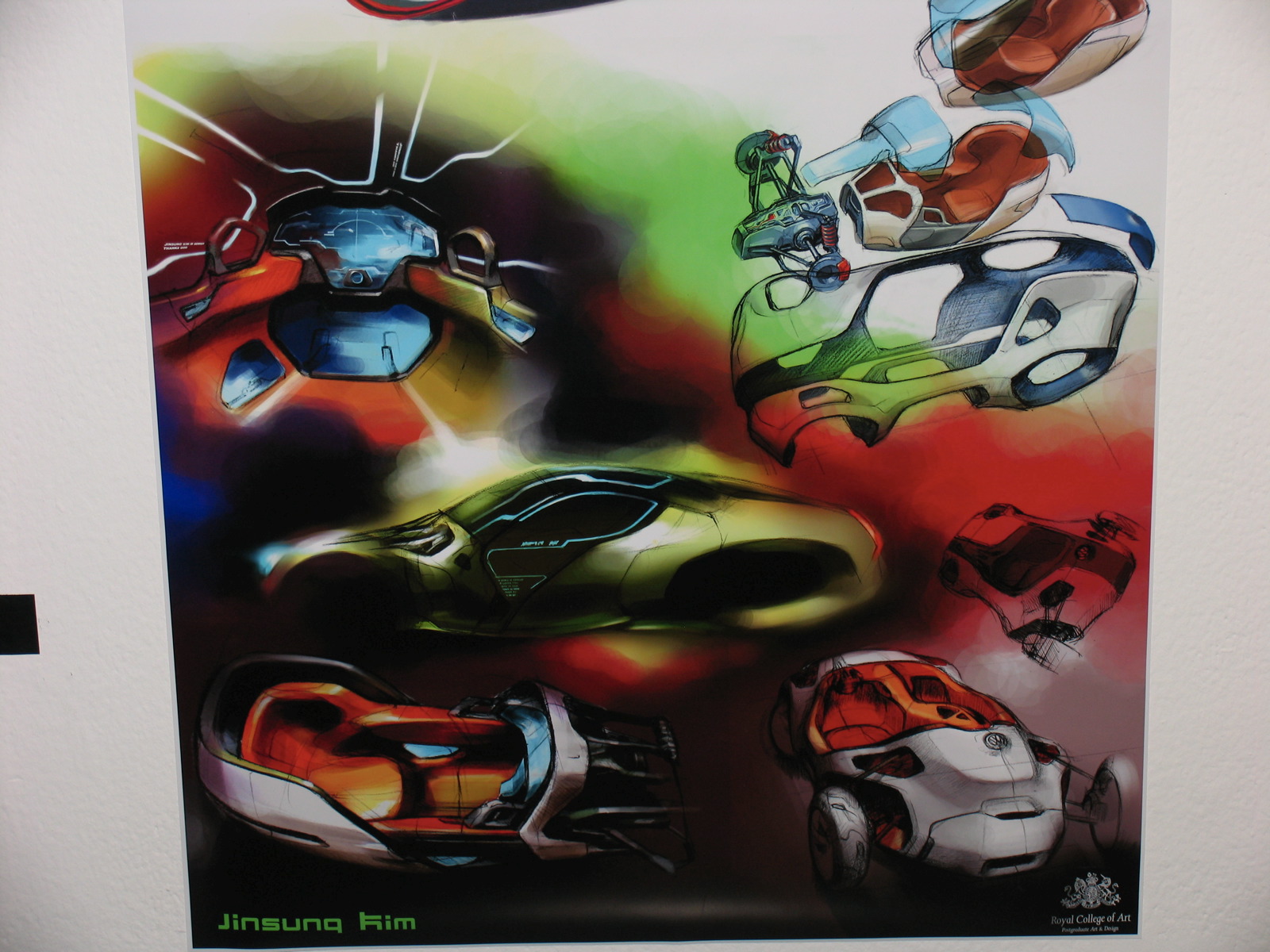 'Desperate for Joy' by Jin-sung Kim 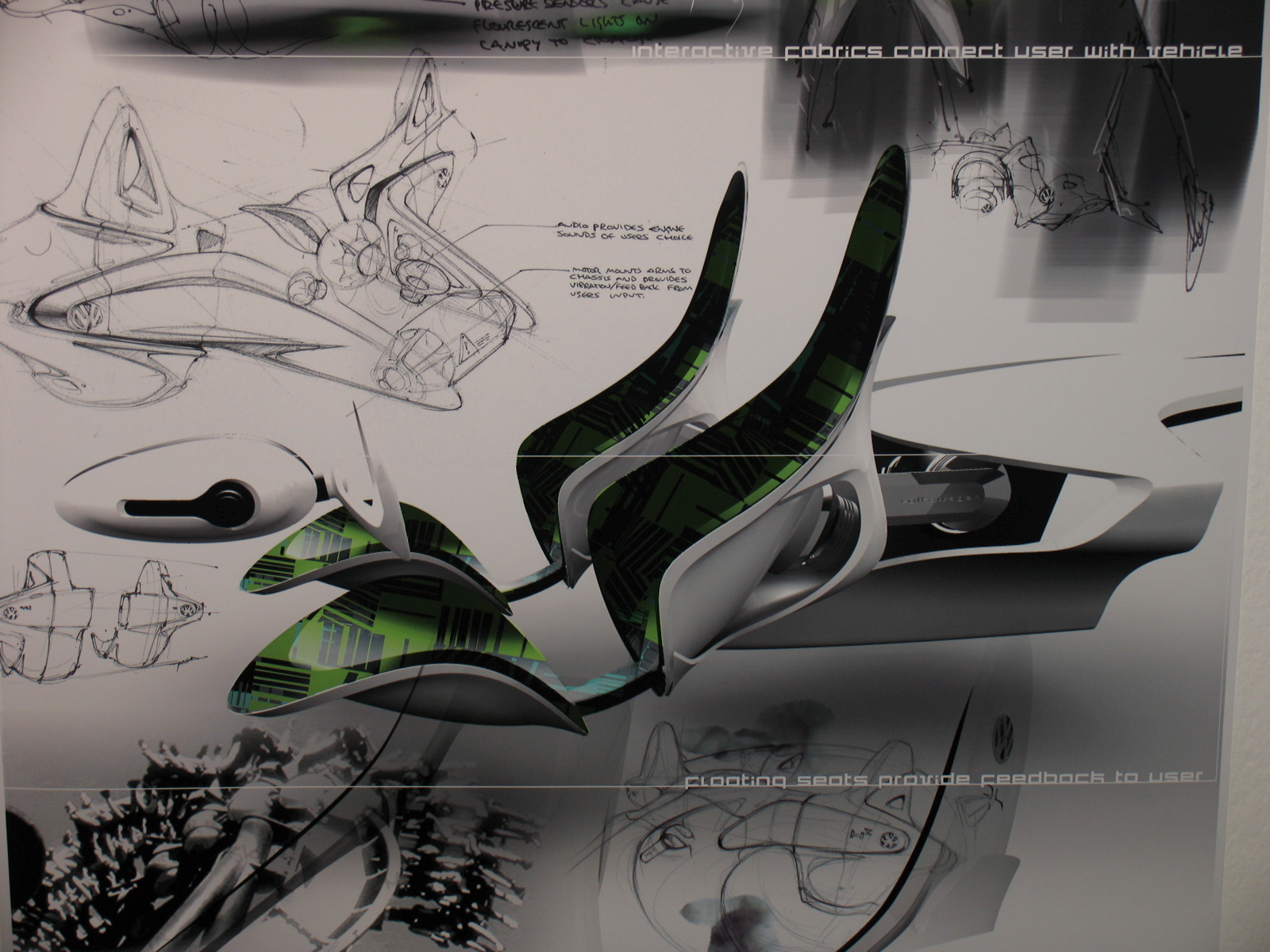 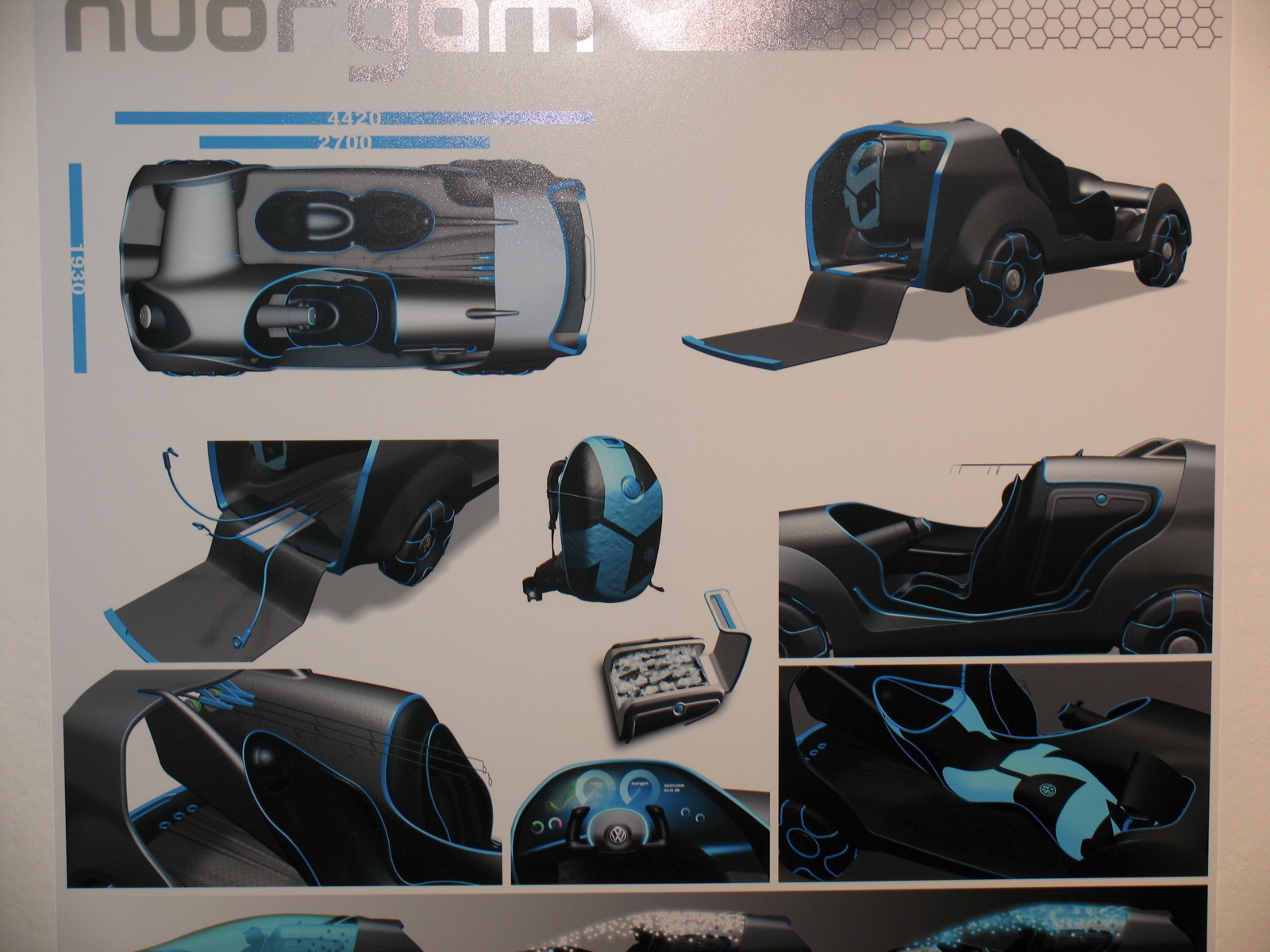 Taking into consideration the whole lifecycle of the vehicle, its manufacture, use and disposal, students were divided into five teams: SUV Team Metrofortress, Team Sports, Team Executive, Team Hatchback and Team MPV 'Wigloo'. The students presented their final concepts at the end of November.

The winning team - SUV Team 'Metrofortress' consisting of Hong Yeo, Andrea Mocellin, Tabitha Purathur and Ken Lee on textiles - created a versatile 1+'x' configuration vehicle they hoped would separate itself from the negative stigma of SUVs. Inspired by the 'urban sushi' architectural concept, the ‘ring' inside the vehicle can be rotated to generate different configurations. The rotating theme developed throughout the interior, created an entirely new interior design and a genuine 24-hour living space. Because of the importance of the interior, as per the brief, the exterior was completely influenced by the interior structure.

Three students made up Team Sports: Jin-sung Kim, Thomas Smith and Jukka Rautiainen. Kim was awarded the individual prize for his 'Desperate for Joy' typology project, created for middle-aged people. The core idea is a cabin unit within an exterior unit. The separate cabin unit can move freely, protected within the egg-like exterior structure, so users can enjoy the dynamics of driving.

Smith's two-seat 'Rush Hour' fuel-cell eco-sports car proposal features a rollercoaster-inspired interior, where seats float above a 360-degree wrap over glasshouse. This configuration allows the user to see the road rushing beneath them, giving the illusion they are driving at speed. At night the glasshouse performs another function: the glasshouse becomes a blank canvas - a projection screen for animations, brand logos, social networking website Facebook or blog pages. The user can also select their level of privacy by projecting customized window graphics.

Rautiainen's 'Nuorgam' SAV is designed for the sport fishing enthusiast who also enjoys driving. With a purpose-built interior the concept has room to store fishing equipment and doubles as a fishing shelter. The interior also features a sleeping bag integrated into the seat for overnight stays as well as on-board electronics and innovative lighting functions.